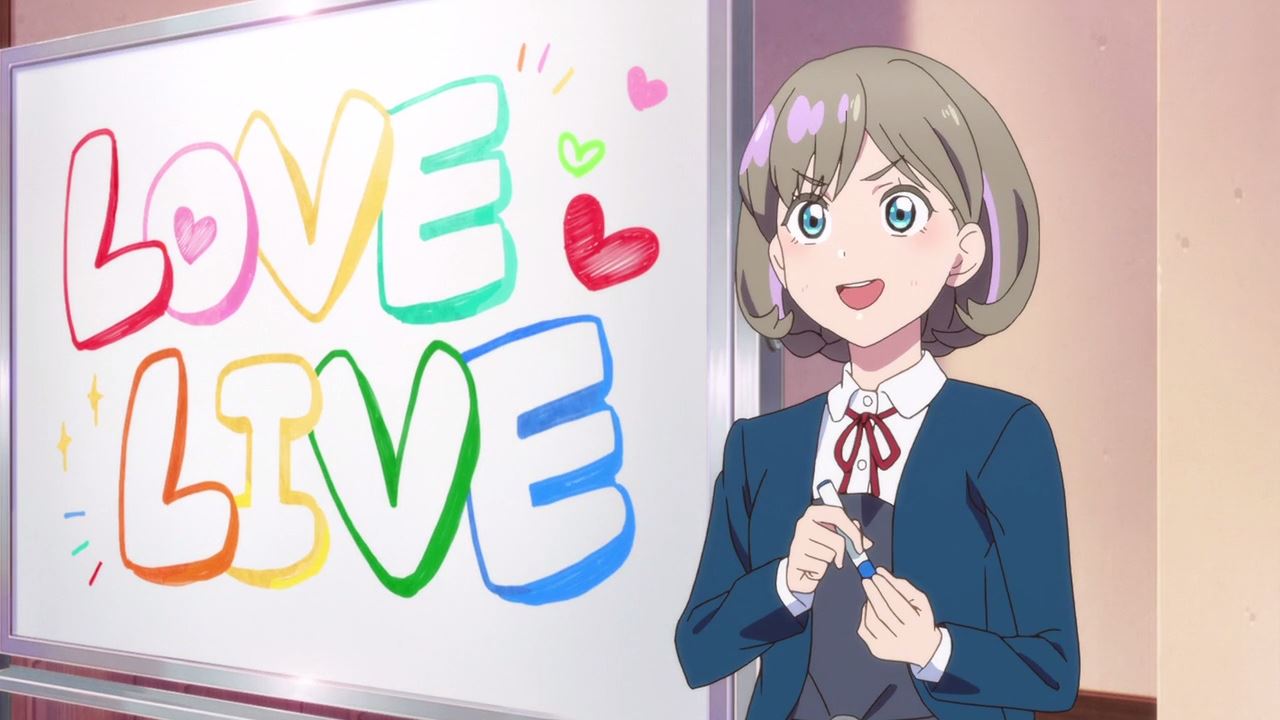 Here’s the moment that we’re been waiting for as Yuigaoka Girls’ Academy is about to participate in the most prestigious school idol competition known as Love Live!

For the likes of Keke Tang, participating in Love Live! is the greatest honor for a school idol, moreso when someone win it outright. 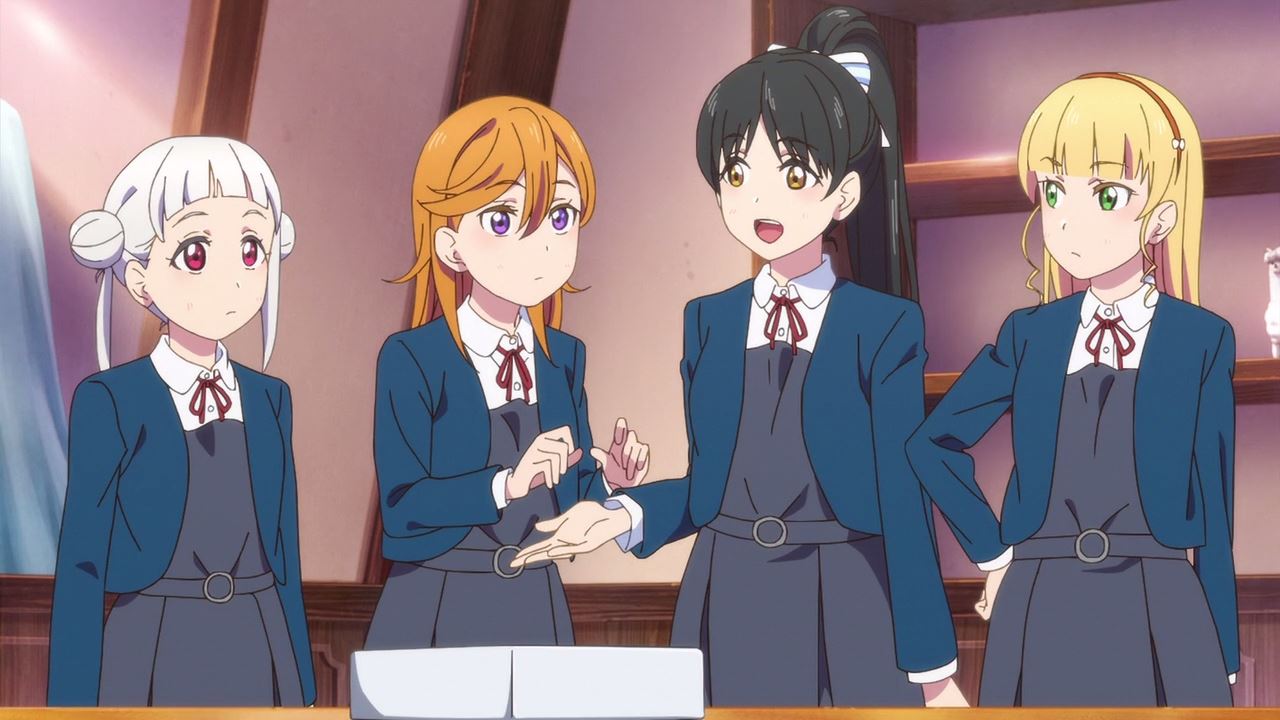 Meanwhile, looks like Ren Hazuki has transferred to the general education course… except that she didn’t as she remained in the music course.

Oh yeah, the reason why Ren is wearing a general education uniform is because music course students can wear whatever uniform they choose. Well then, let’s enter the Love Live! competition. 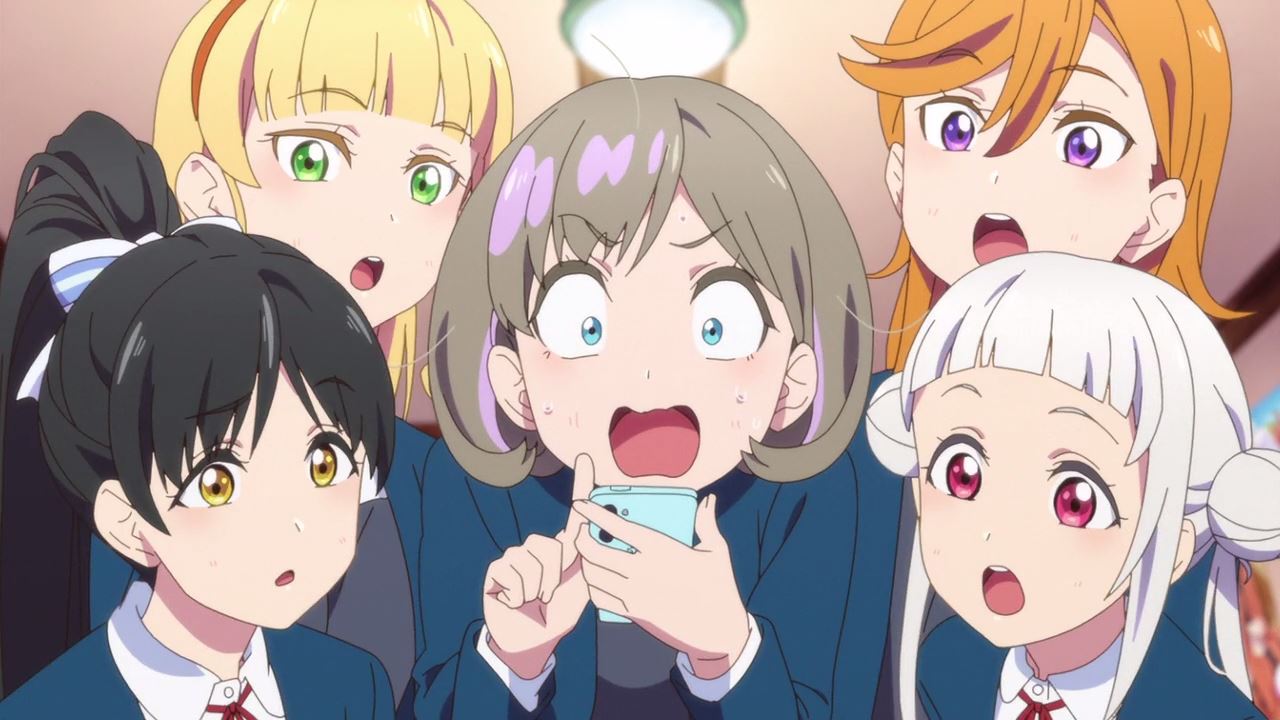 Unfortunately, Keke stopped at the registration page as she realized that the school idol club doesn’t have a group name yet. 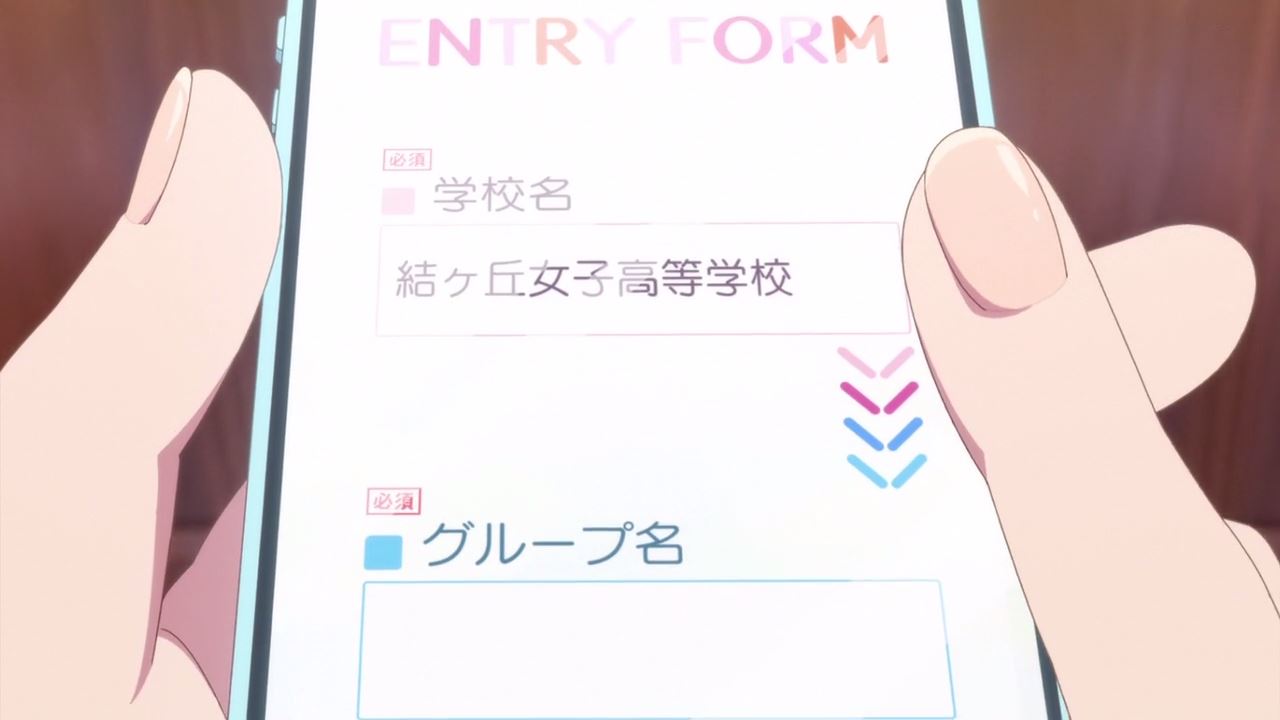 By the way, they can’t use KuuKaa anymore ’cause the club has 5 members. So yeah, someone needs to come up with a group name for the upcoming Love Live! competition. 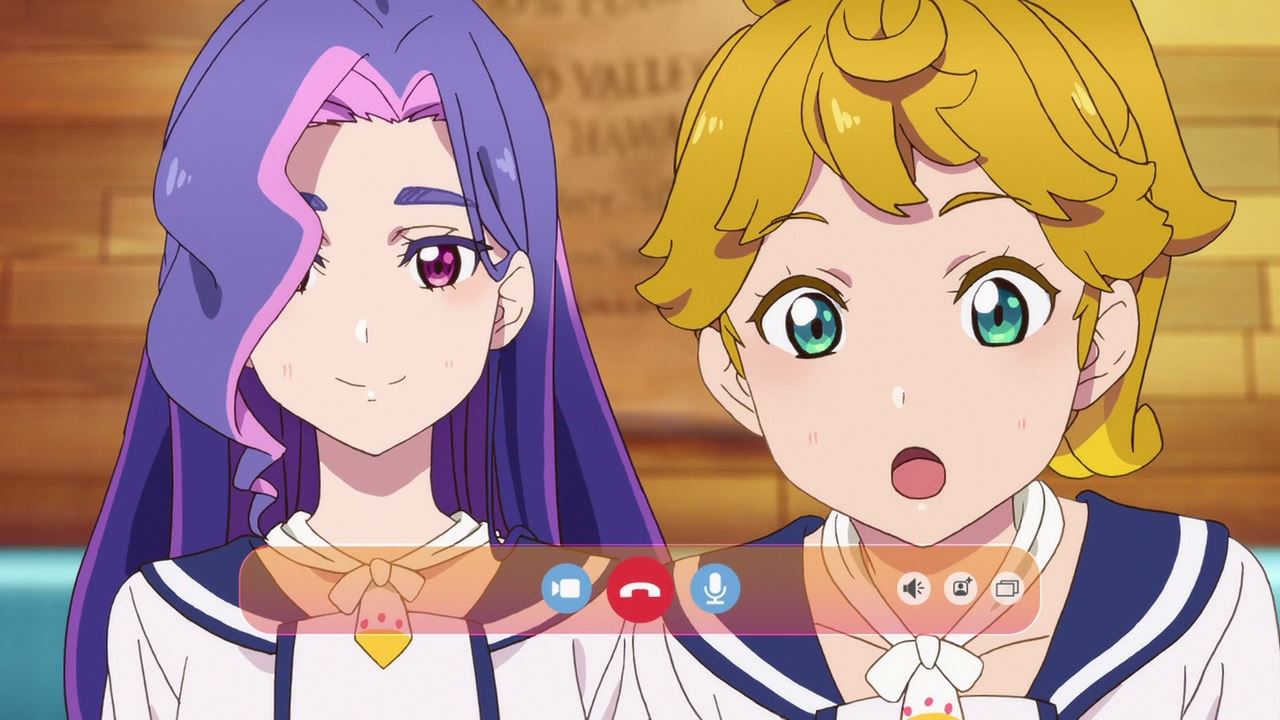 But you know what, Kanon Shibuya can ask Sunny Passion about it, although neither Mao Hiiragi nor Yuna Hijirisawa have no idea on how their name came to be. 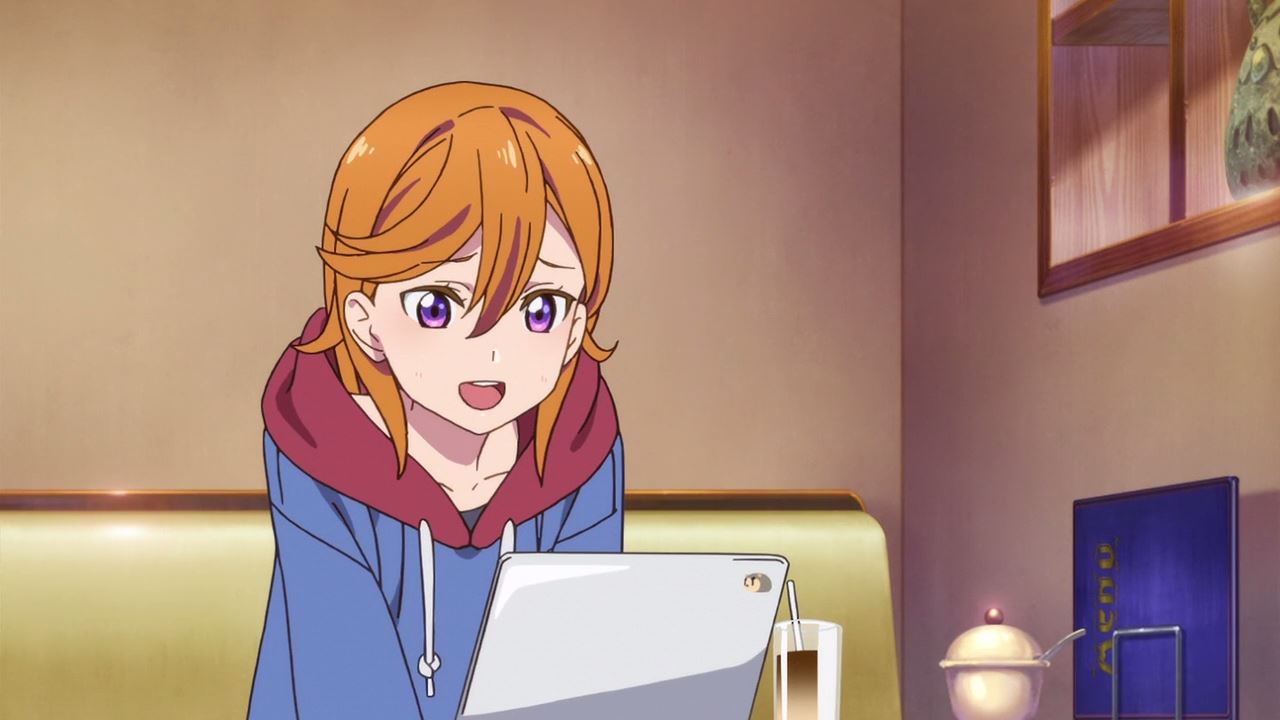 Still, the only way to get a name is ask some friends… online. C’mon, fans of the franchise came up with fitting names for various “mainline” school idol groups since 2010 (except for Nijigasaki School Idol Club). 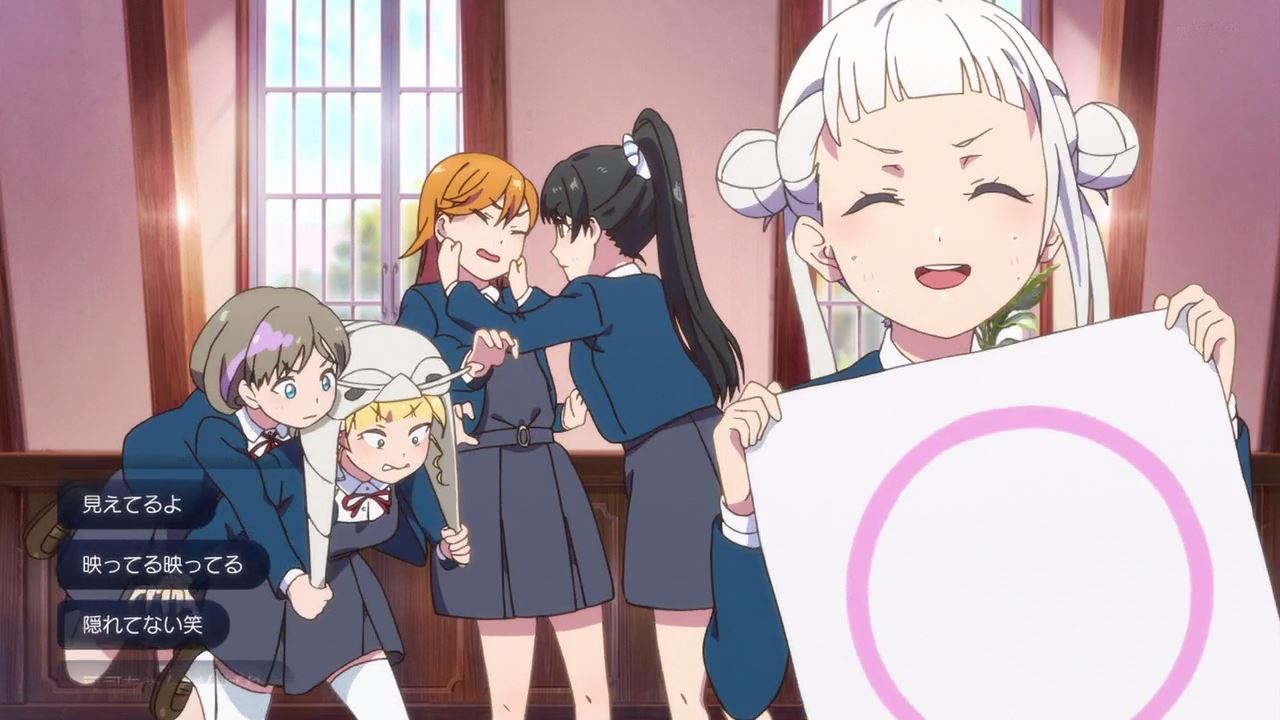 Then again, it didn’t work out as Yuigaoka’s first live stream is chaotic, with both Ren Hazuki and Kanon Shibuya being camera-shy, while Keke Tang and Sumire Heanna are goofing off.

Oh yeah, here’s Chisato Arashi where she wants to name the school idol group as Maru Maru Circle. That was cute, but Chisato can do it better! 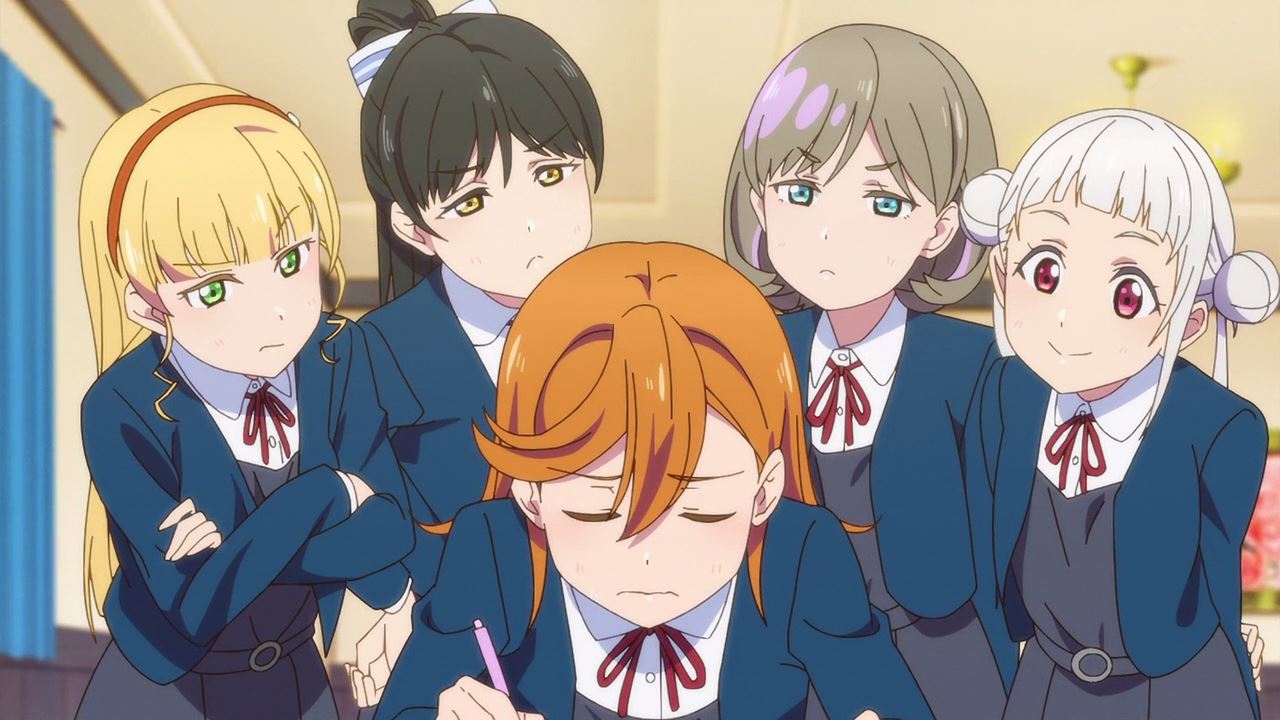 You know what, I think it’s time for Kanon-chan to come up with a name for Yuigaoka’s school idol club. Oh and to make things more interesting, she’ll also make a new song for the club. No pressure there, Shibuya!

Okay, I take it back ’cause composing music, writing lyrics, and then coming up a group name is very difficult for Kanon Shibuya. 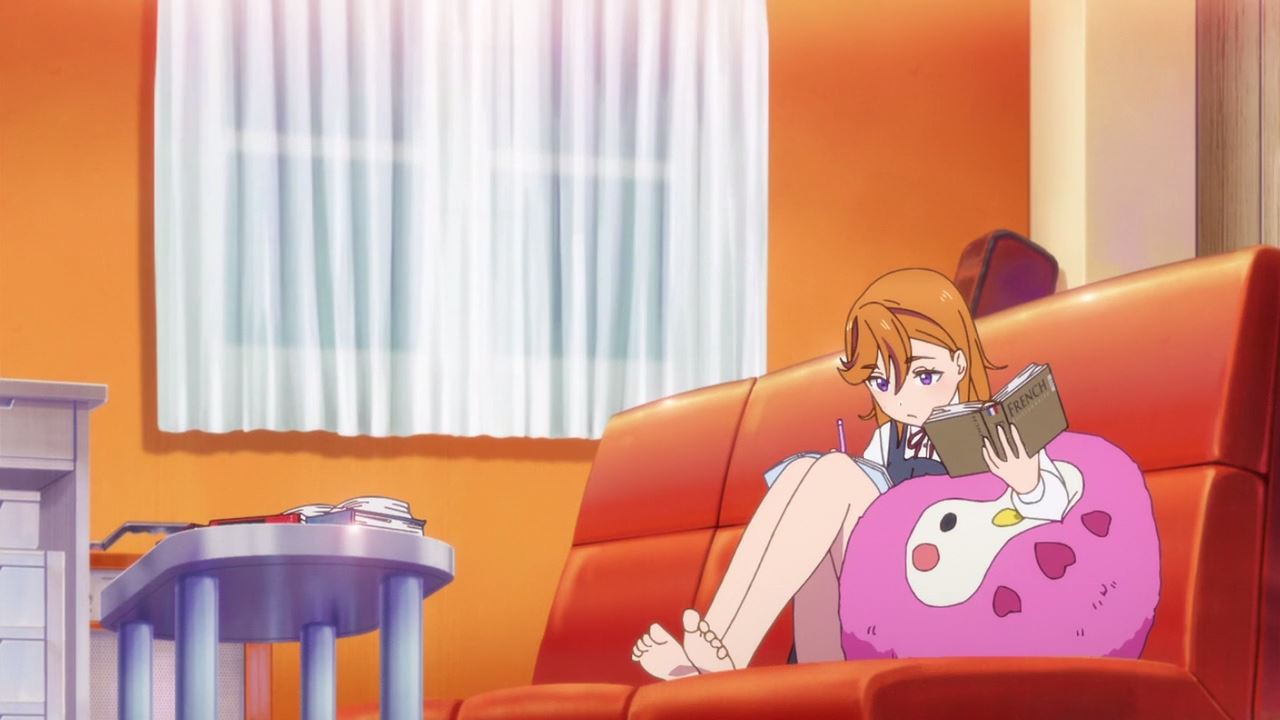 Fortunately, it appears that Kanon-chan decided to do it anyway as she borrowed some foreign books from her father. Turns out that Kanon’s dad is a translator, which is why she has French and Spanish dictionaries. 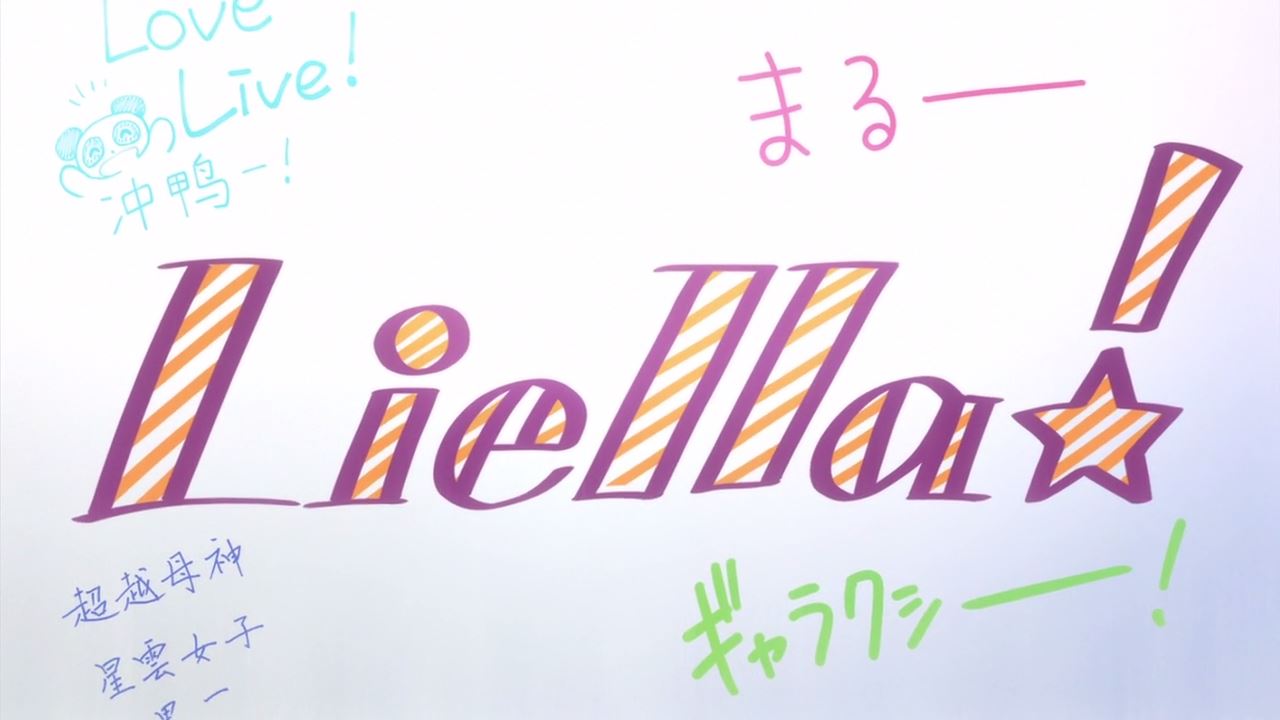 With that said, looks like she managed to finish composing the song, as well as making a name for Yuigaoka’s school idol club.

From this day forward, they’re called as Liella which combines two French words “lier” (to link) and “brillante” (shining). Very clever name there considering that showed brilliant bonds among its members. 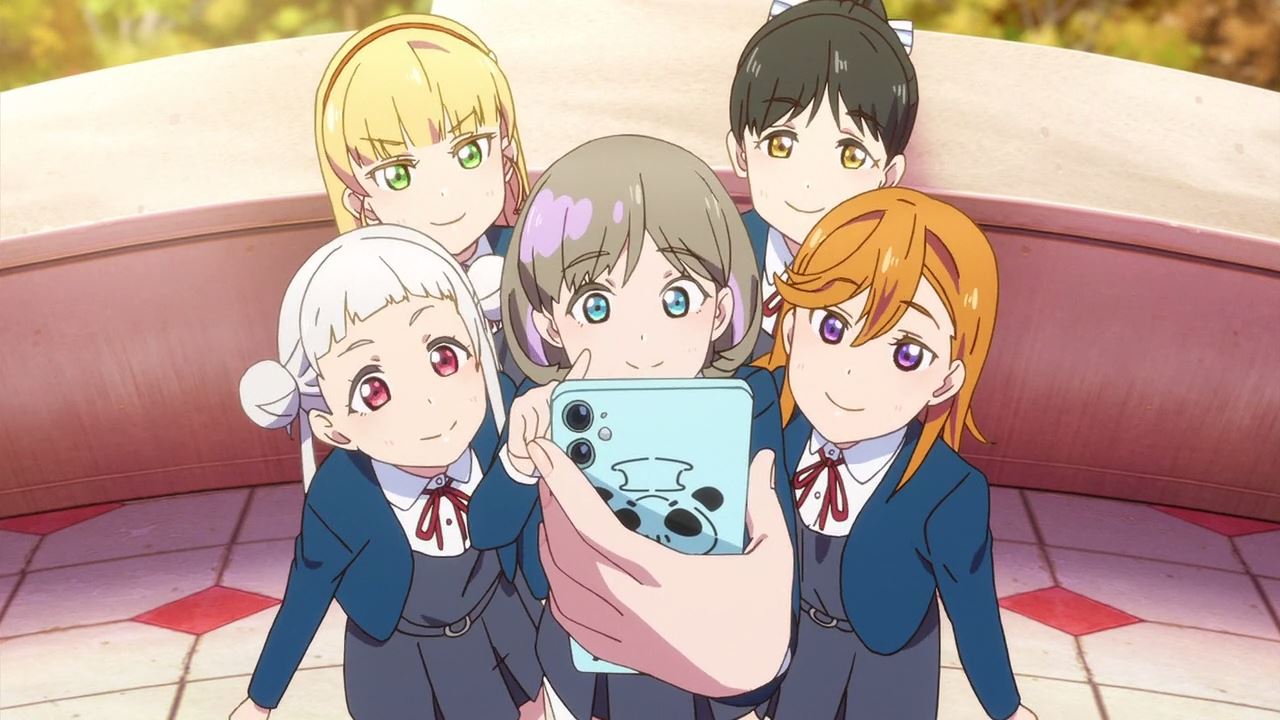 Now that Yuigaoka’s school idol club has a group name, it’s time for Keke Tang to register in the Love Live! competition. Of course, they need to train harder if they want to reach Top 8 or better. 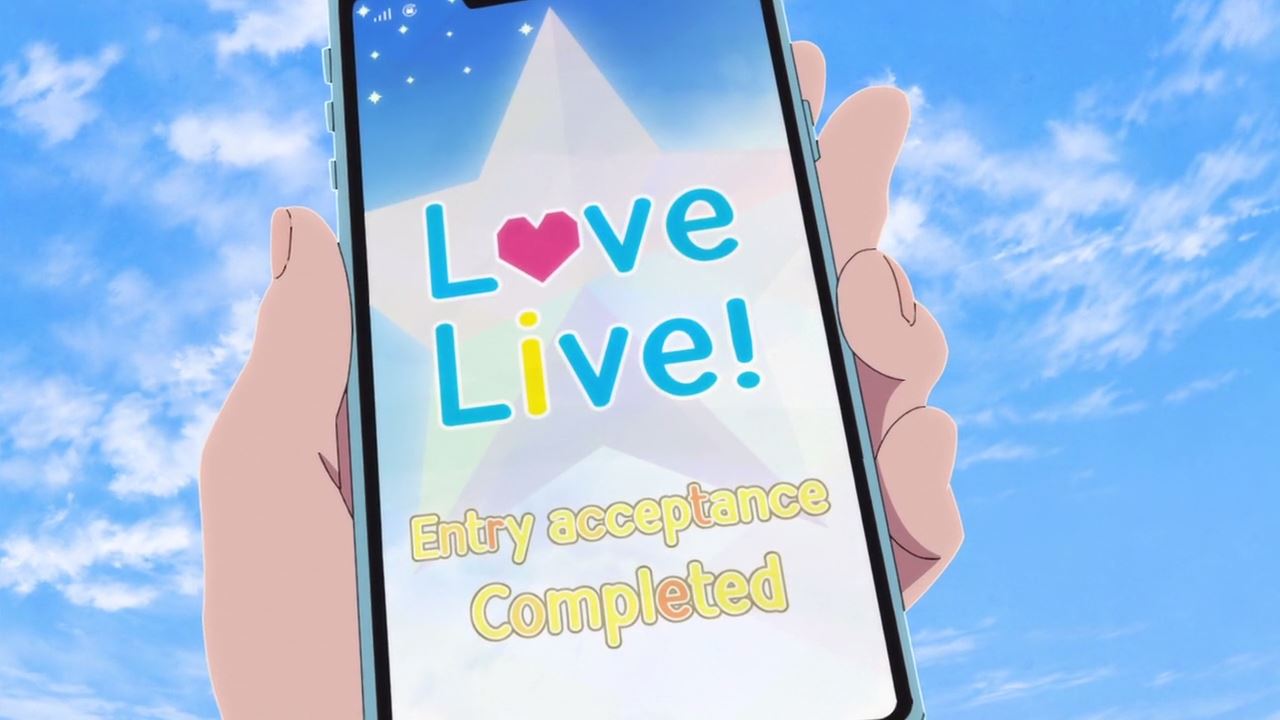 But anyways, tune in next time where Liella will have a training arc. Let’s hope that won’t be any drama like Kanon losing her singing voice again.