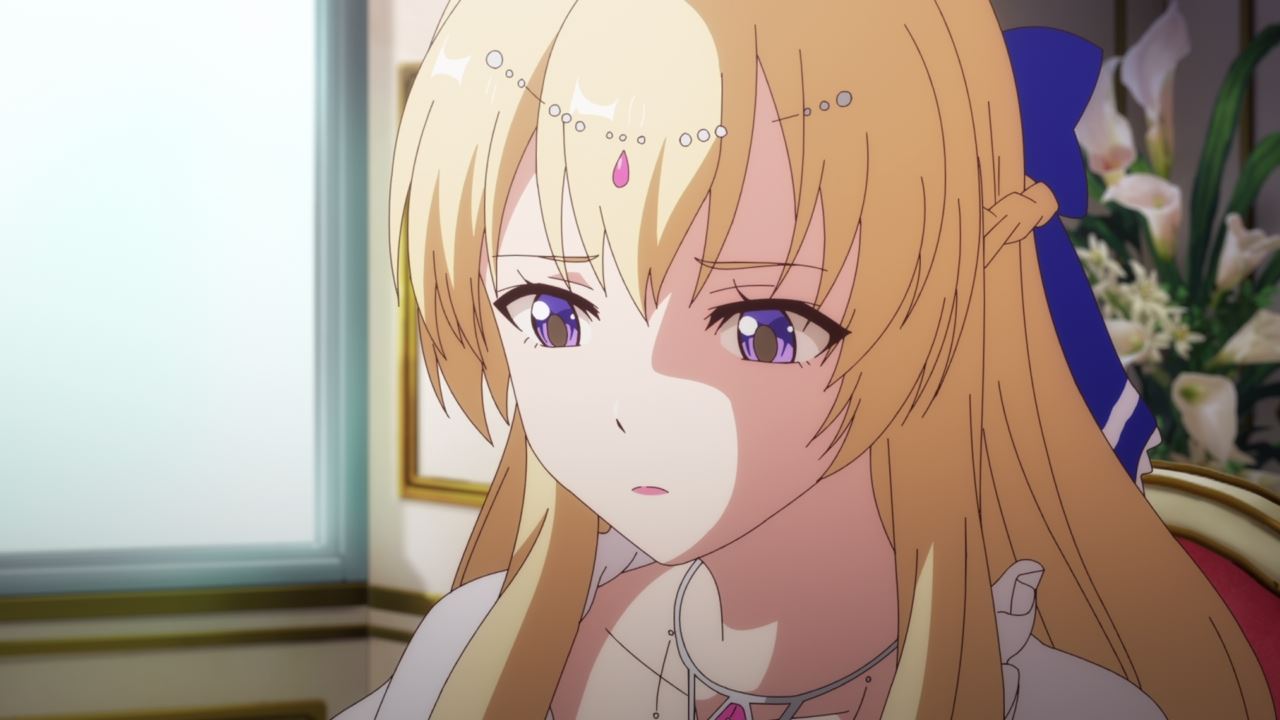 Well everyone, I would like to introduce you to Maria Euphoria, the empress of the most powerful nation in the Landian continent: The Gran Chaos Empire. Revered as a saint to all people, Maria is interested about the hero/king named Kazuya Souma who saved Elfrieden from financial collapse.

However, Maria is concerned towards Kazuya’s occupation of Amidonia where even though she’s aware that Prince Gaius VIII is the one at fault for invading Elfrieden, the principality signed with the Mankind Declaration while the kingdom does not. Basically, Elfrieden is gonna get invaded by the Gran Chaos Empire in the future unless negotiations are made. 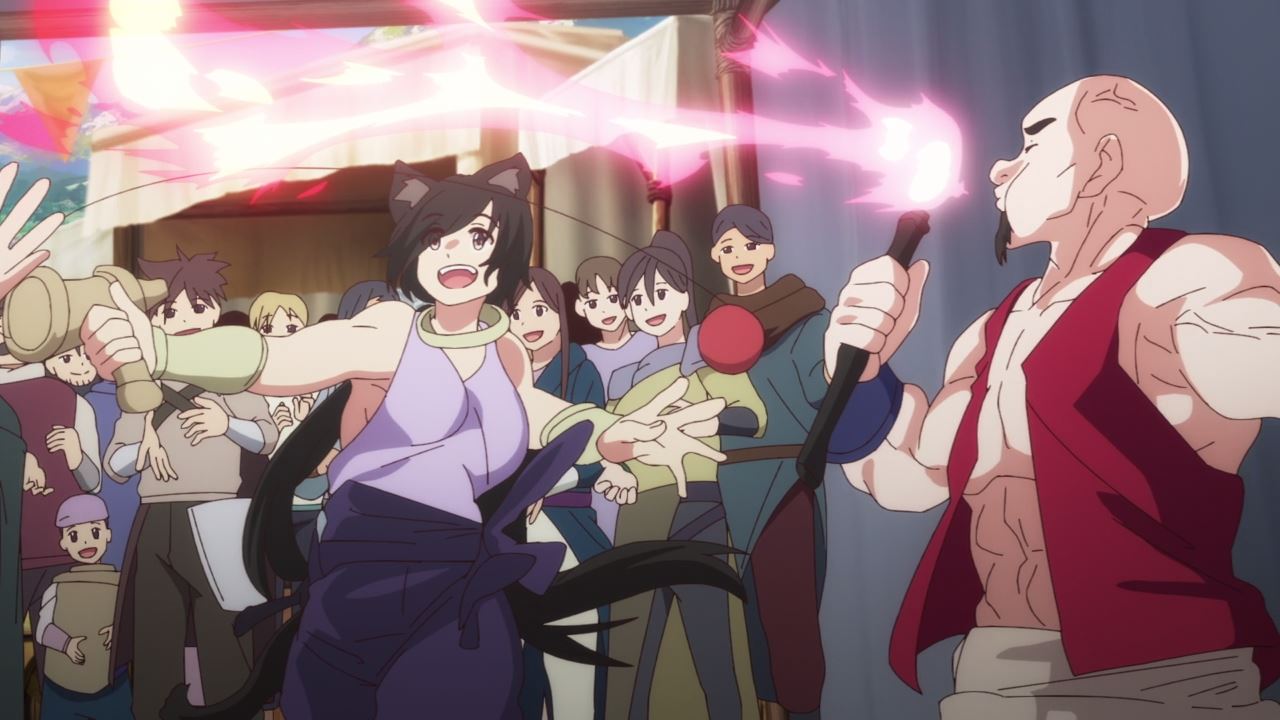 Of course, the people of Amidonia have gone livelier ever since the fall of Prince Gaius VII. Turns out that that Kazuya wanted everyone to be free on expressing themselves, something that they can’t do under Gaius VIII’s rule. 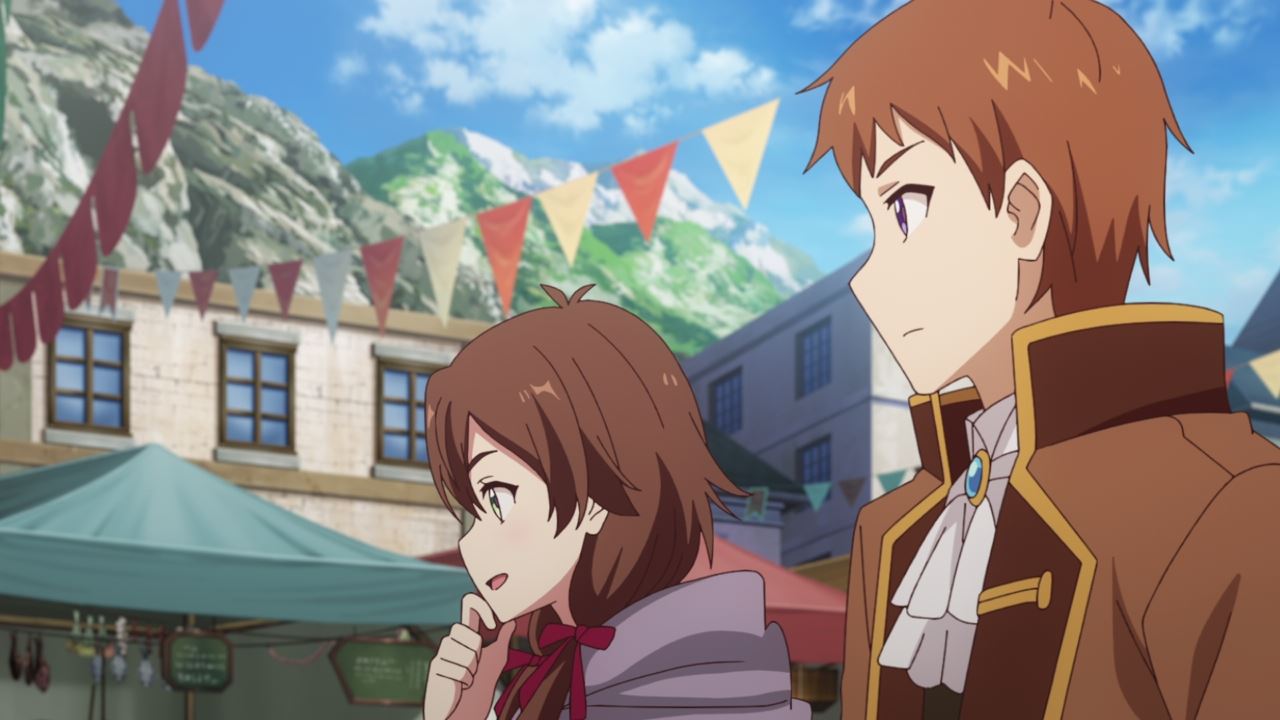 Oh yeah, here’s Roroa Amidonia where she’s currently in hiding together with Gatsby Colbert because c’mon, their country is currently occupied by Elfrieden so they can’t blow their cover yet.

Still, Roroa is impressed King Kazuya Souma treat the Amidonians pretty well that he’s a better ruler than her father. 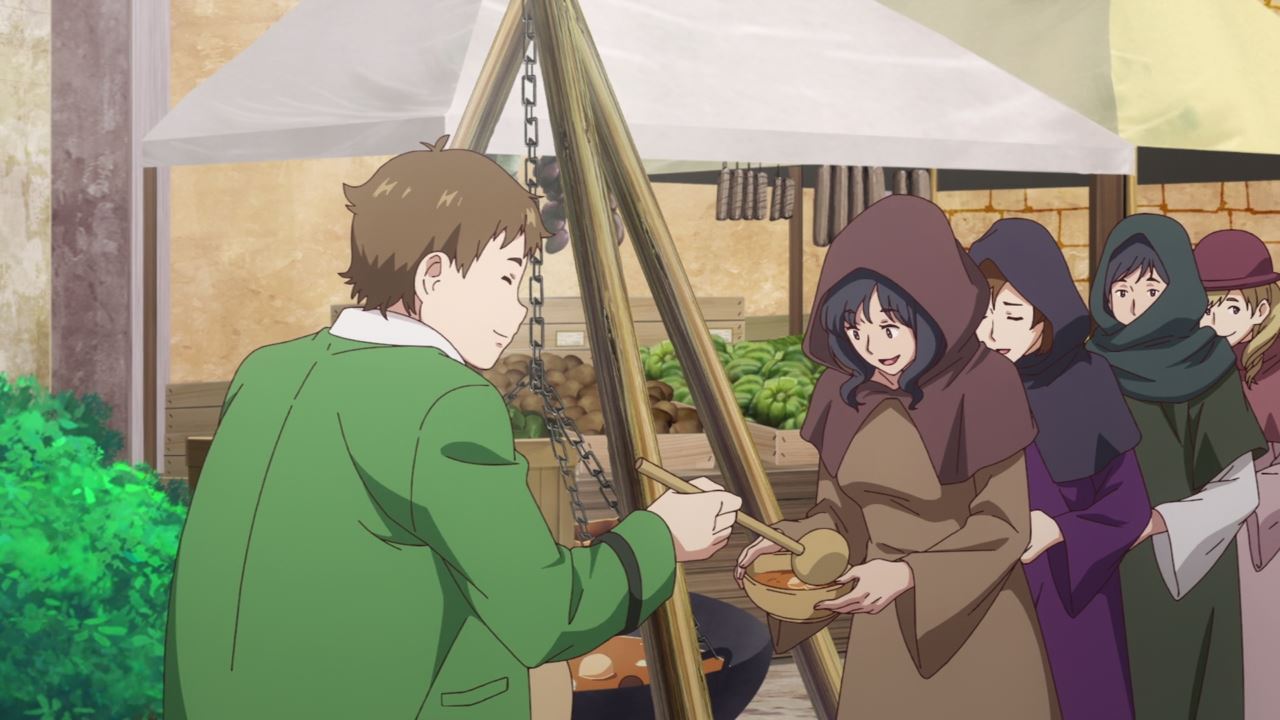 And by the way, looks like King Souma managed to solve Amidonia’s food shortages as Poncho “Ishizuka” Panacotta made a beguiling lily stew. Well, the bulb part of it.

Oh yeah, regarding those beguiling lilies that Poncho brought them? They’re actually hallucinogenic, especially the pollen where one whiff of it will turn a person into a sleepwalker. Fortunately, Ishizuka found some help in the form of orangutans where they’re impervious of hallucinogenic plants like the beguiling lilies, therefore they can harvest those lily bulbs easily.

With that said, glad that Poncho Panacotta found alternative foods within Amidonia. 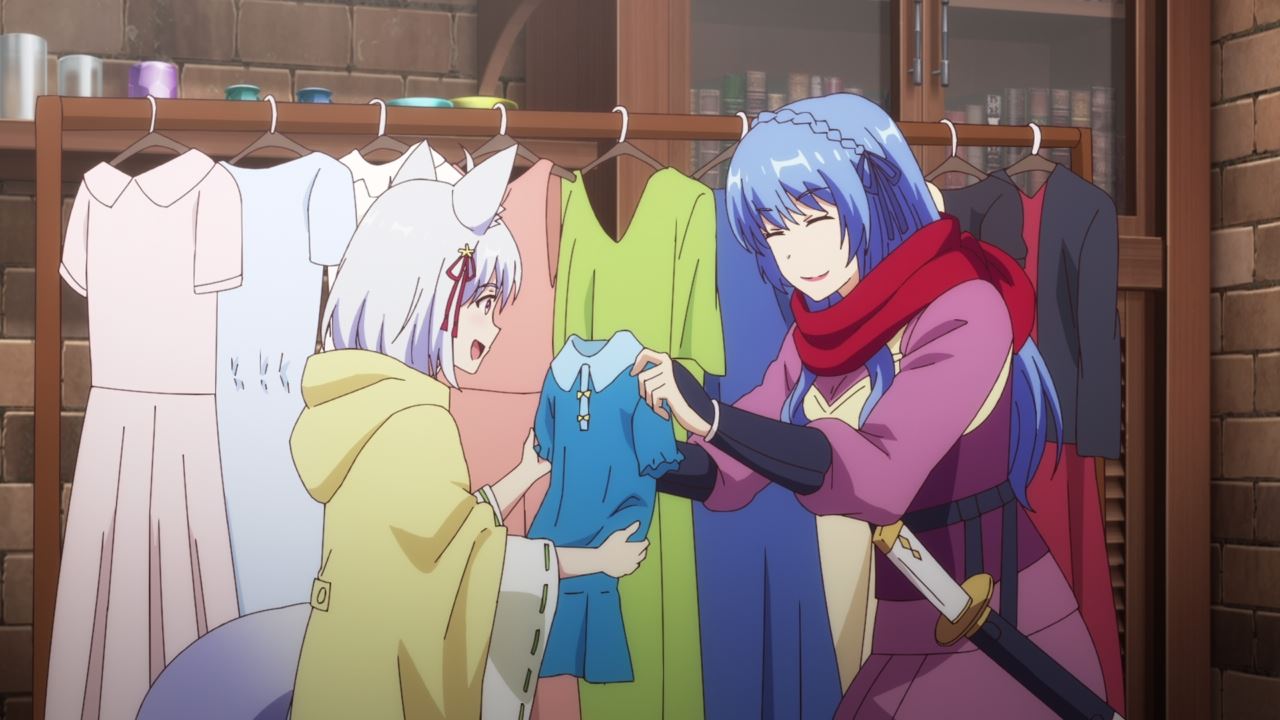 Meanwhile, here’s both Tomoe Inui and Juna Doma where they’re browsing clothes at the tailor shop, although it seems that Kazuya Souma wants to buy some fancy clothing to Tomoe since she’s part of the Elfrieden family. 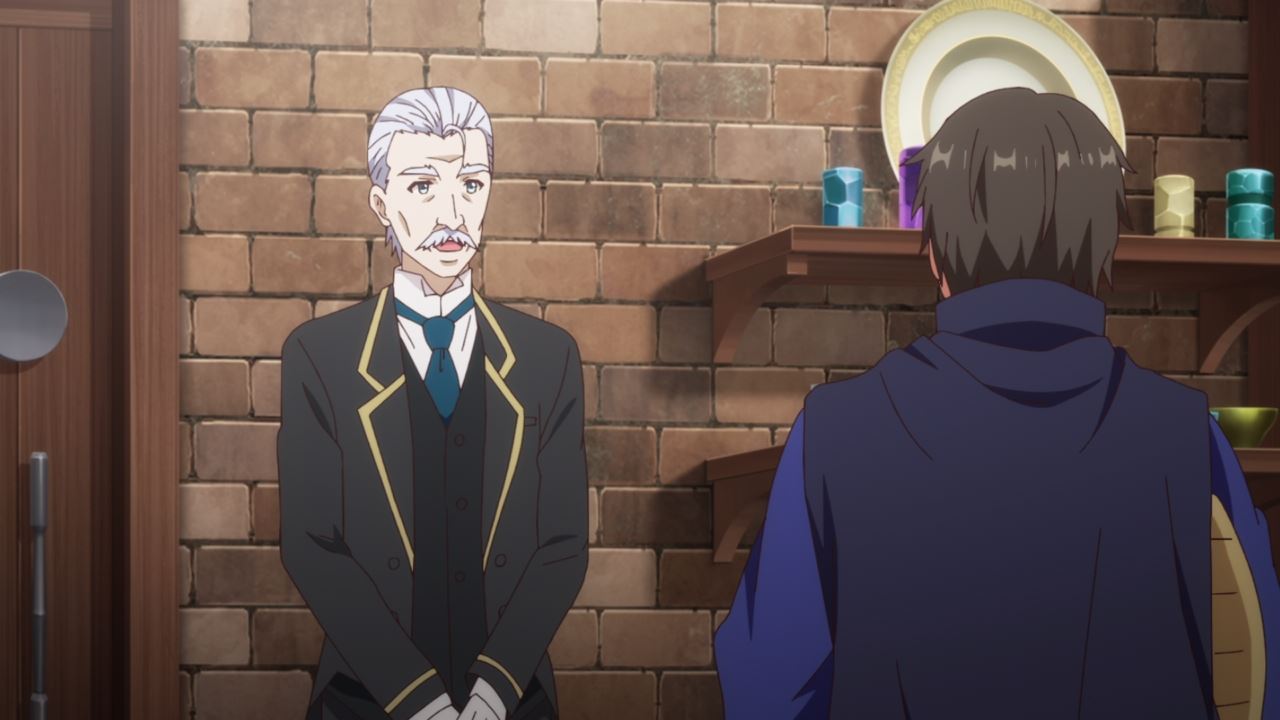 Oh yeah, looks like Roroa’s butler is here at the tailor shop where he’s impressed by King Kazuya Souma’s war strategy, although there are few casualties on both sides which includes Prince Gaius Amidonia VIII.

For now, the only thing that Kazuya needs to do is to bring peace and prosperity between Elfrieden and Amidonia. 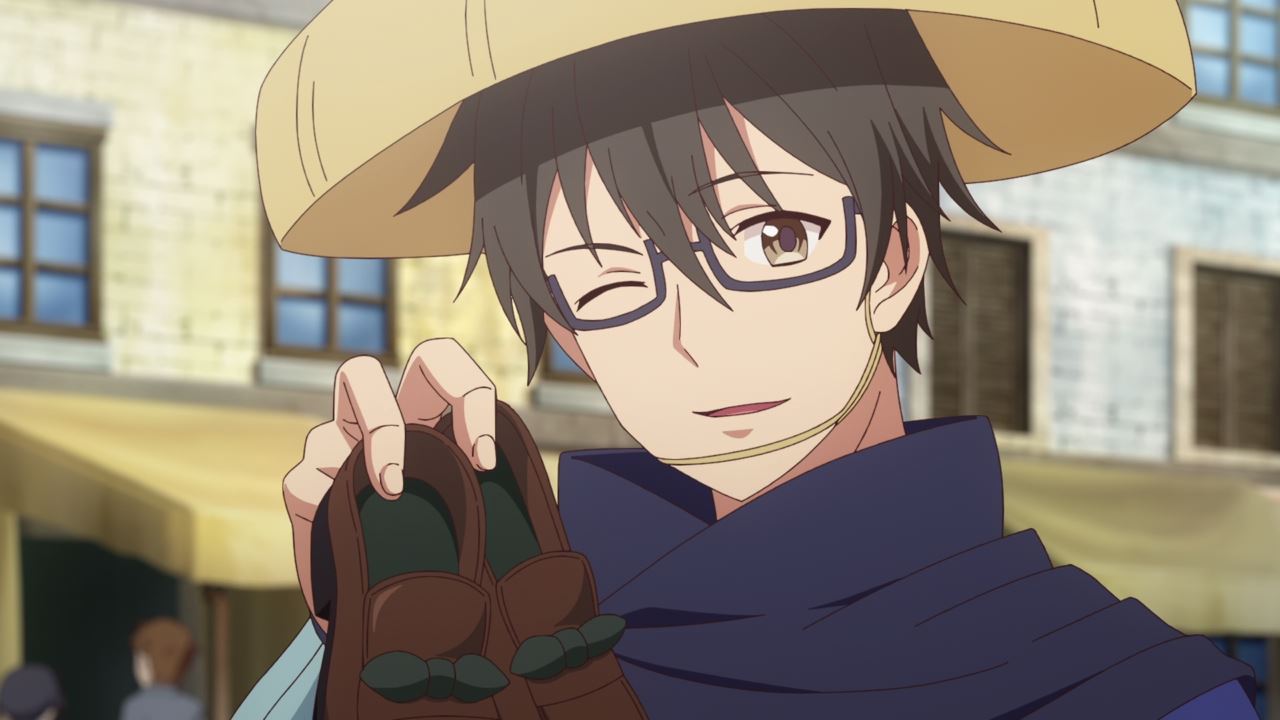 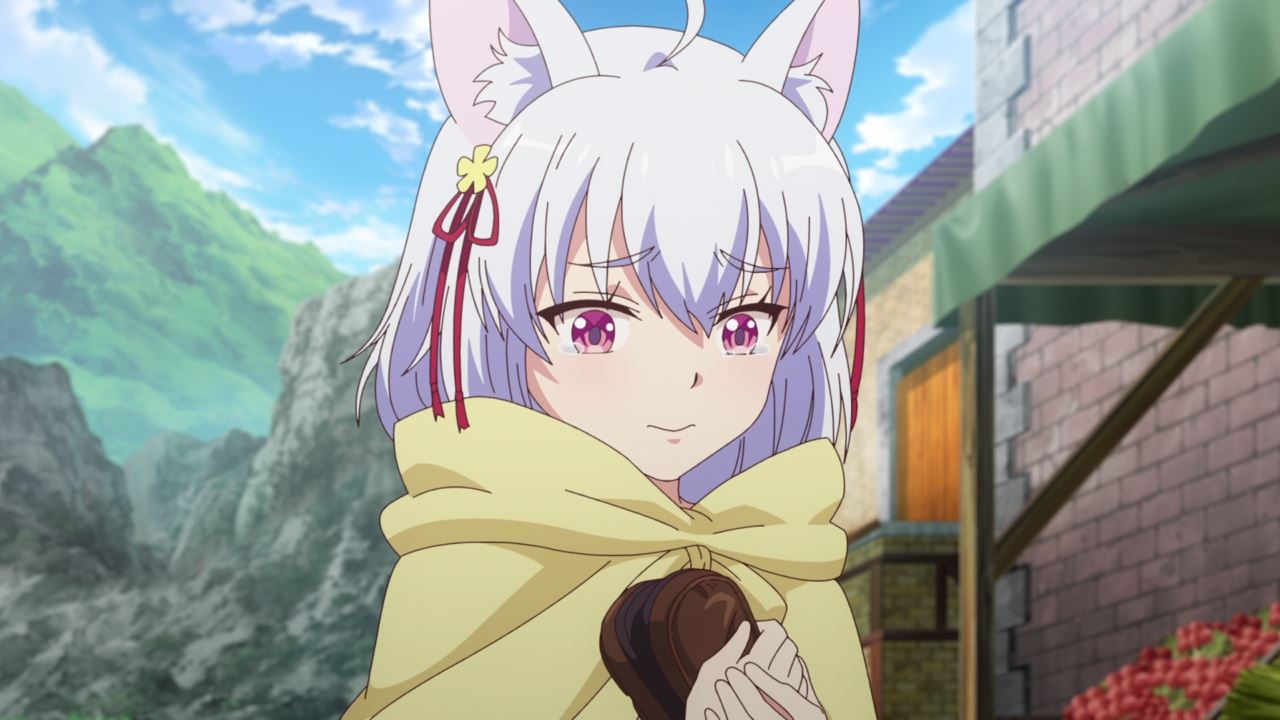 Speaking of King Souma, he bought a pair of shoes to Tomoe as he doesn’t want the fox girl to walk bare-footed anymore. Well then, it’s time for the king and his allies to return to the castle. 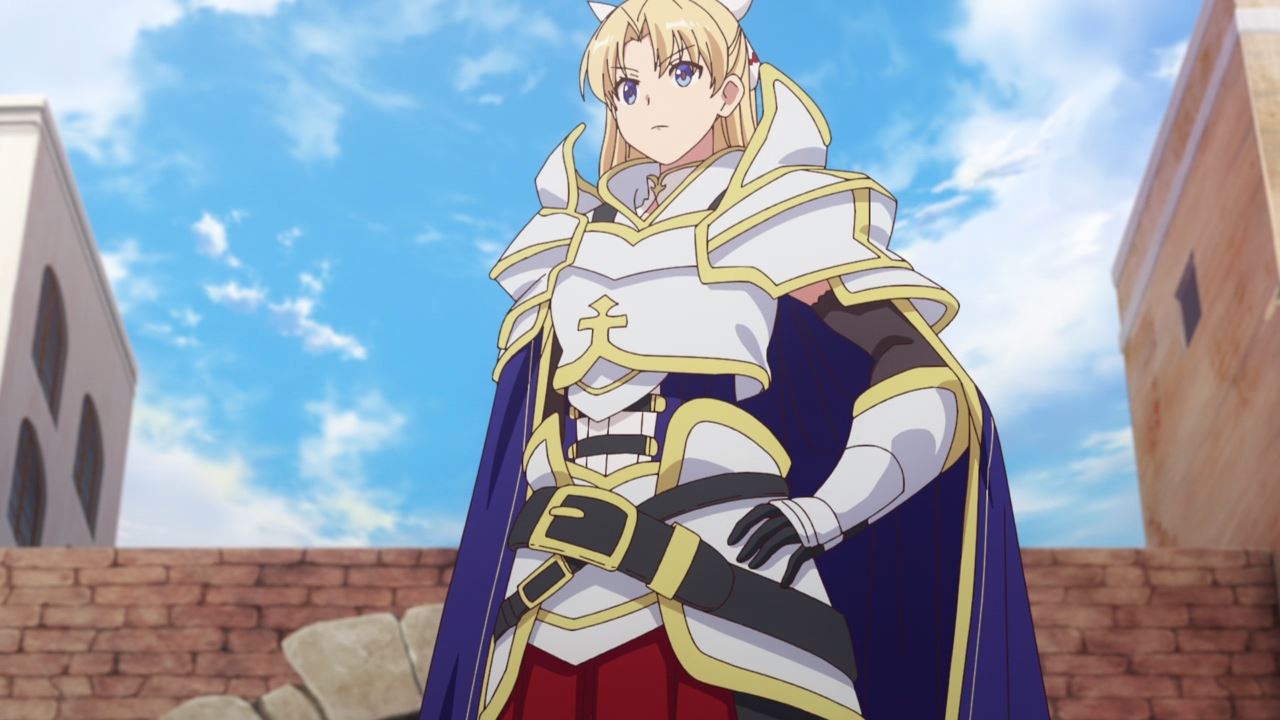 Unfortunately, King Kazuya Souma will have to deal with Jeanne Euphoria where she and her knight regiment are here to retake Amidonia from Kazuya’s grasp.

Then again, Jeanne realized that Kazuya did far better at treating the Amidonians than Prince Gaius VIII. Considering that King Souma saved Elfrieden from financial collapse, let’s say that Jeanne has much respect for Kazuya as he achieved something that no other hero can accomplish. 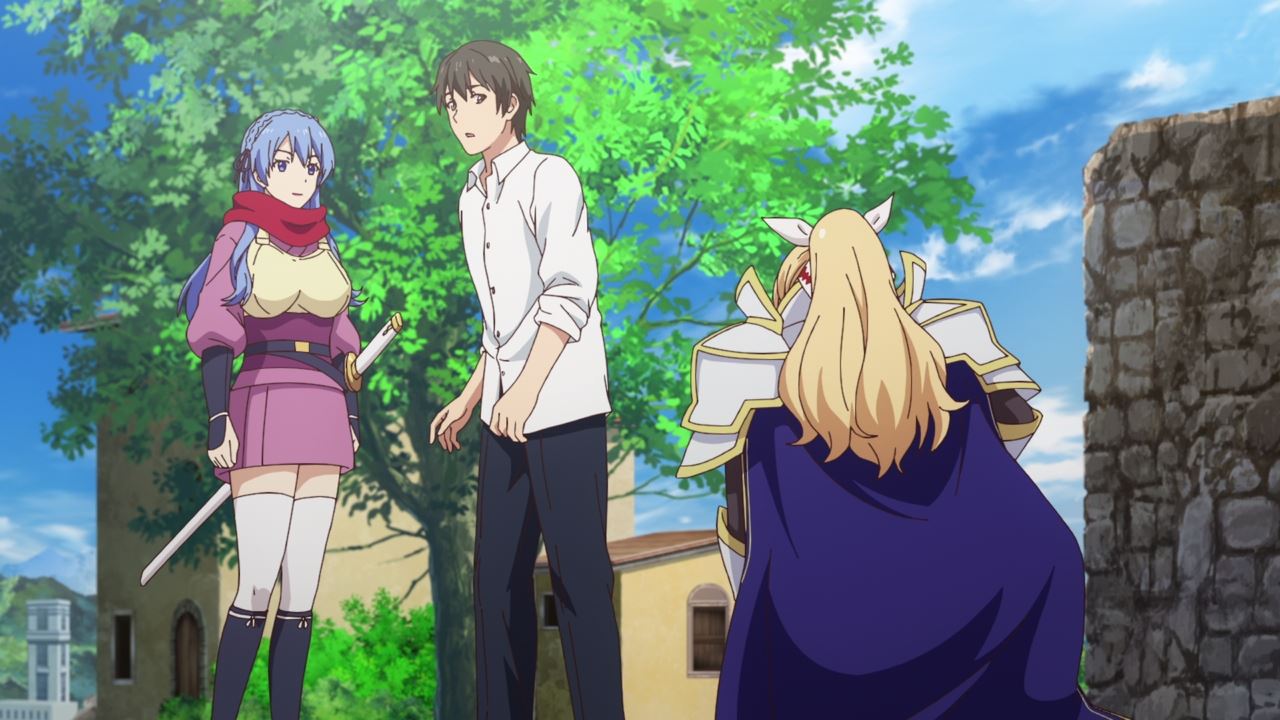 Therefore, Jeanne Euphoria decides to apologize to Kazuya Souma on behalf of her sister/empress Maria. Sure that it’s their fault for summoning him in the first place, but Kazuya got familiar with his new surrounding and use his knowledge of modern society to turn the kingdom around.

Still, Jeanne won’t accept the fact that King Souma occupy Amidonia’s capital Van as they’re gonna retaliate soon… unless the Gran Chaos Empire is open for discussion towards the Kingdom of Elfrieden. For now, Jeanne and her knight regiment take their leave as they’ll return someday. As for Kazuya, I hope that he’s ready for the eventual confrontation with the empress. 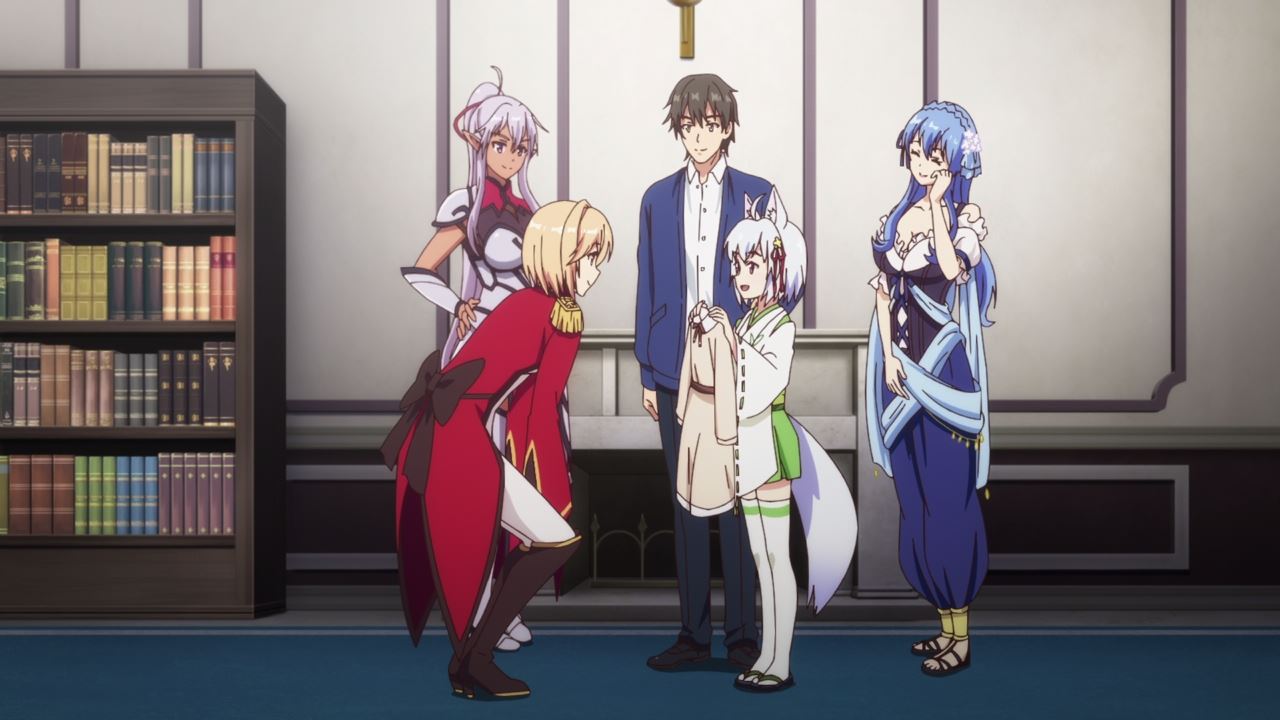 Now then, Kazuya Souma and his friends have finally returned to the castle where they brought some souvenirs from Amidonia.

Yes, Tomoe Inui is wearing nice clothes that Liscia Elfrieden is proud to see her fox girl looking cuter than before. 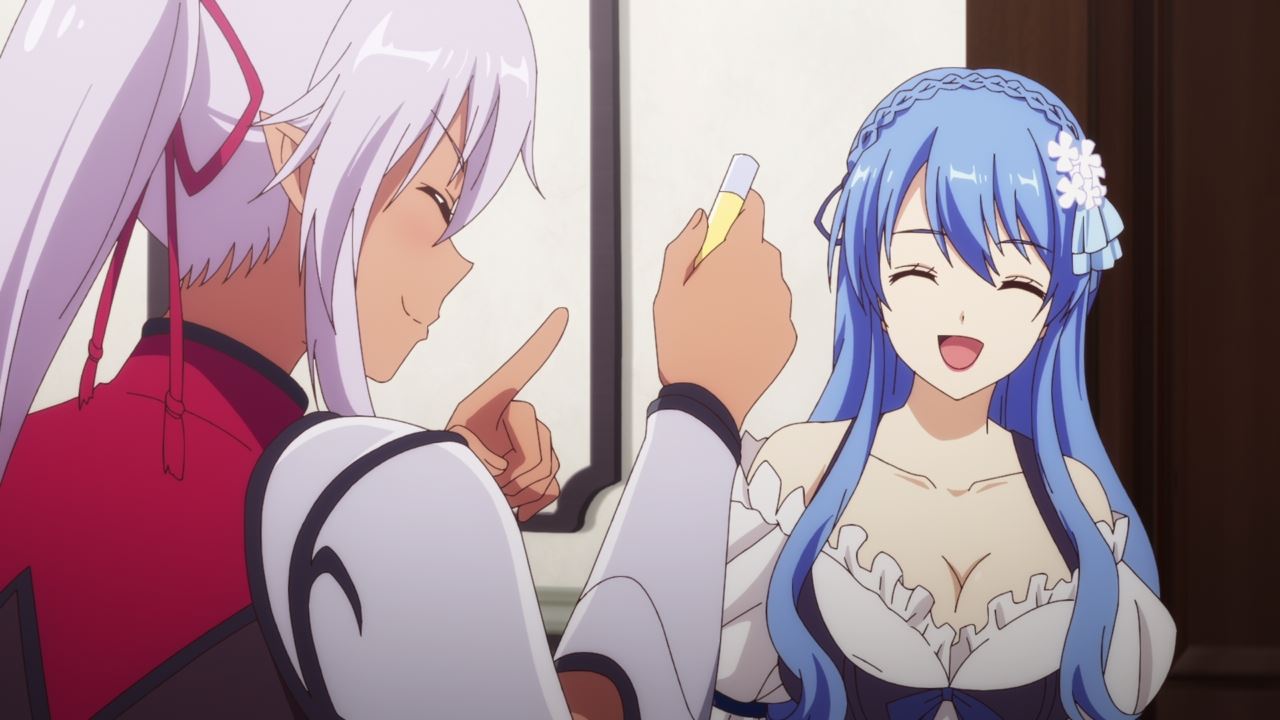 Oh yeah, here’s Juna Doma where she gave a lipstick to Aisha Udgard. C’mon, the dark elf needs to look feminine on the battlefield after all. 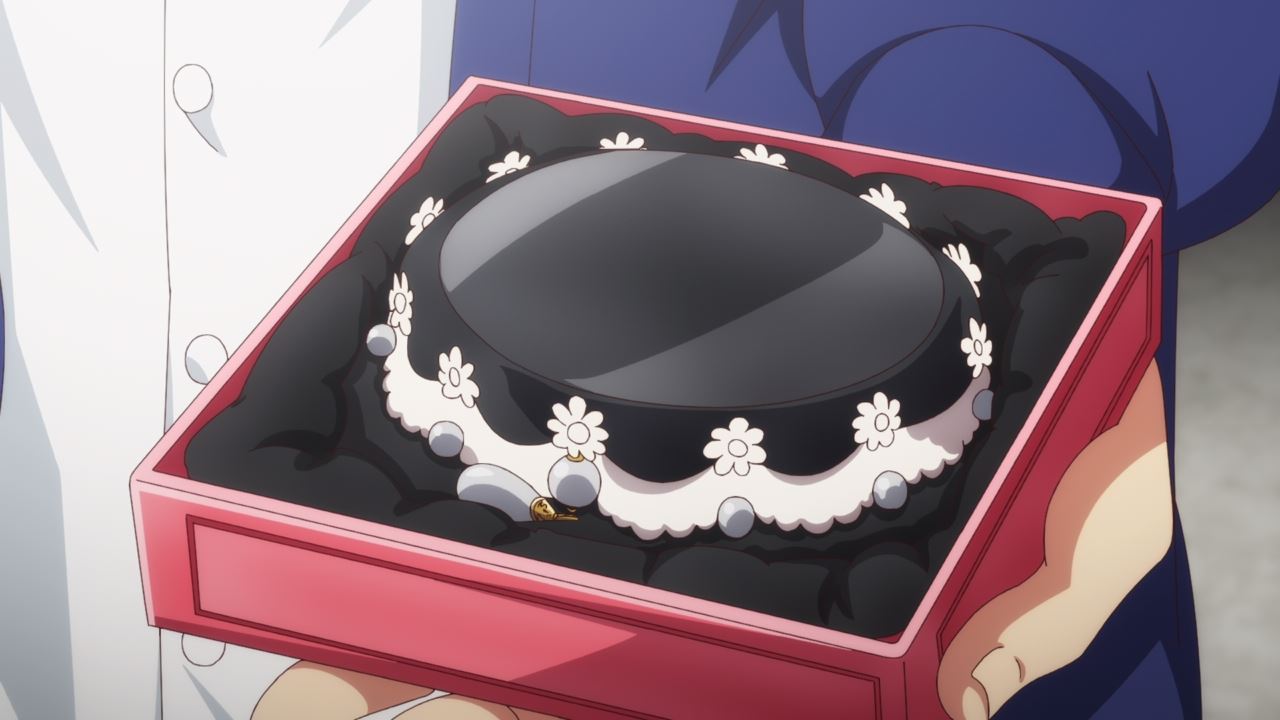 And finally, here’s Kazuya Souma where he gave a necklace to Liscia Elfrieden. A bit extravagant there even though they’re not yet married. 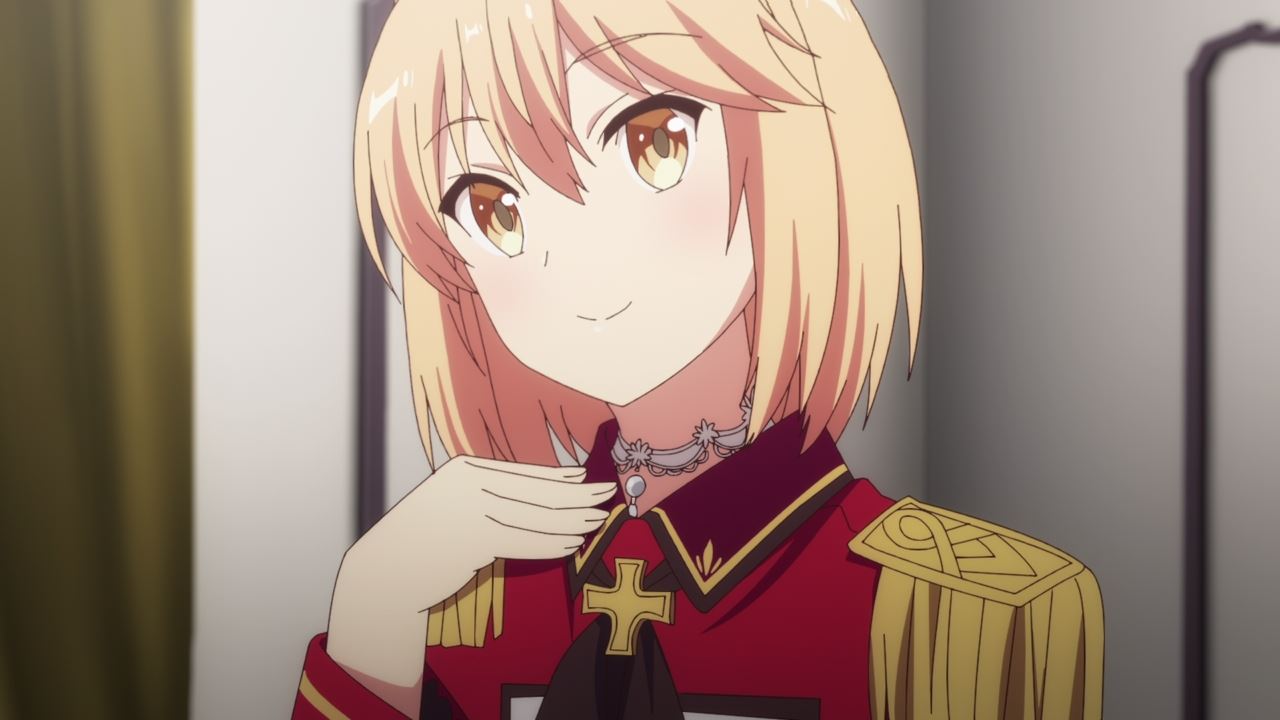 But hey, at least Liscia is looking good there while wearing a necklace. But that’s about it for Genjitsu Shugi Yuusha no Oukoku Saikenki where King Kazuya Souma saved the Kingdom of Elfrieden using his wits.

Of course, there’s still more to come from this show ’cause the 2nd part will arrive on January 2022. While I’m not sure what Kazuya’s next plan will be, I hope that the realist hero will succeed!