Posted on October 5, 2021 by benigmatica

Hey everyone, it’s the Human-God where this entity is one hell of a troll! But anyways, Mushoku Tensei has returned where Rudeus Greyrat and his cousin Eris are still stuck in the Demon Continent for a year.

Fortunately, Ruijerd Superdia is currently taking care of both Rudy and Eris as they can’t fend for themselves, especially when dealing with demons and other nasty people in the continent. 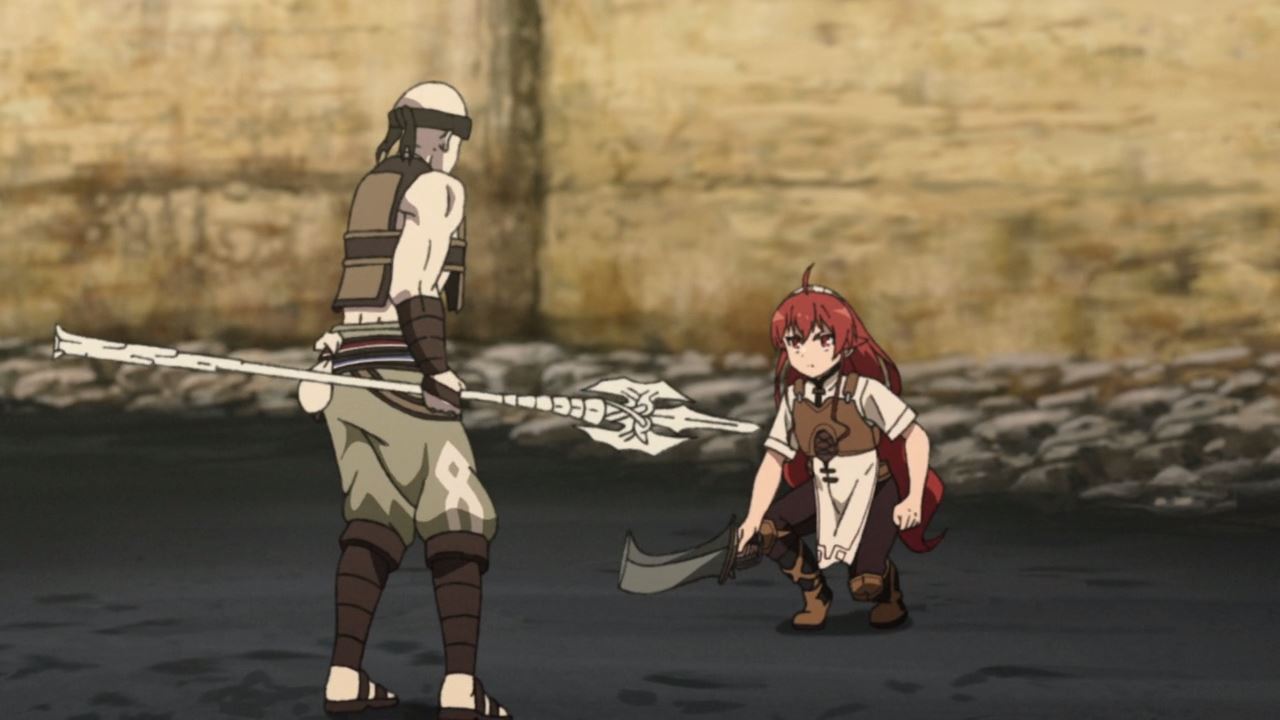 Speaking of Ruijerd, looks like he’s training Eris Boreas Greyrat when it comes to close combat and she’s gaining lots of progress. However, someone is watching them from afar… 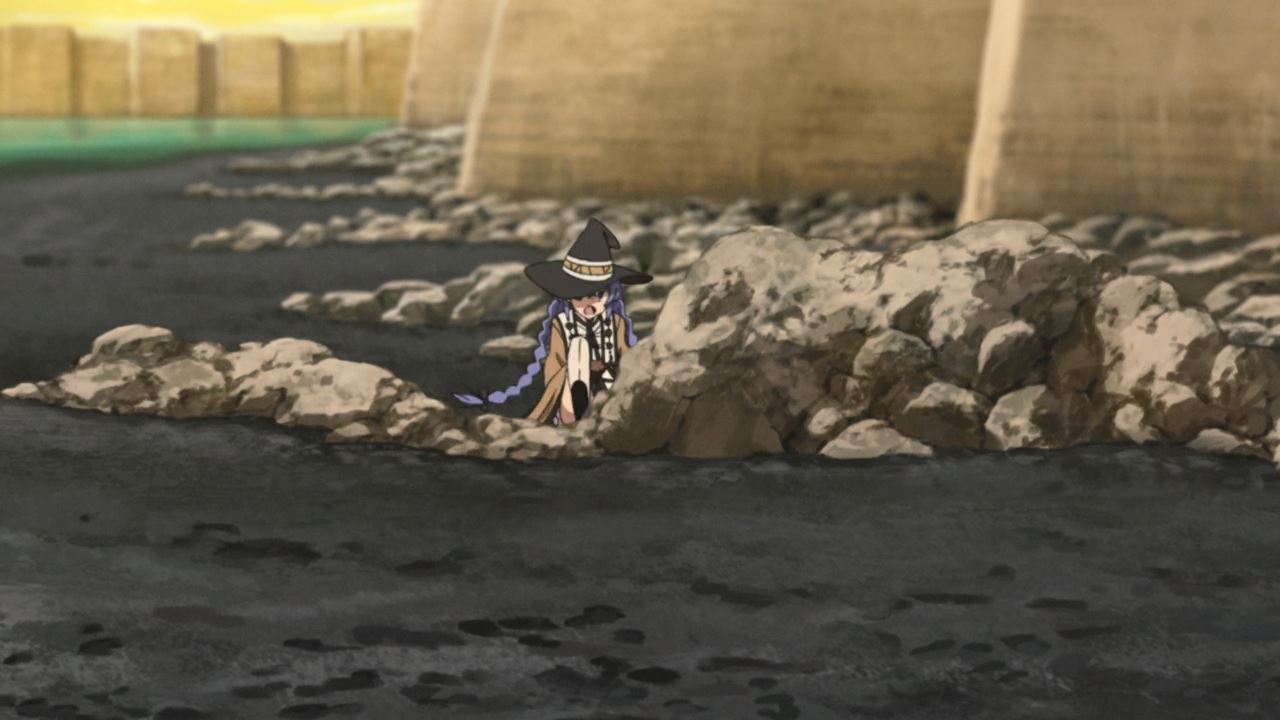 Turns out that it’s actually Roxy Migurdia where she finally arrived at the Demon Continent together with her party.

Now, the only thing left to do is to find Rudeus Greyrat and tell him that his master has arrived. 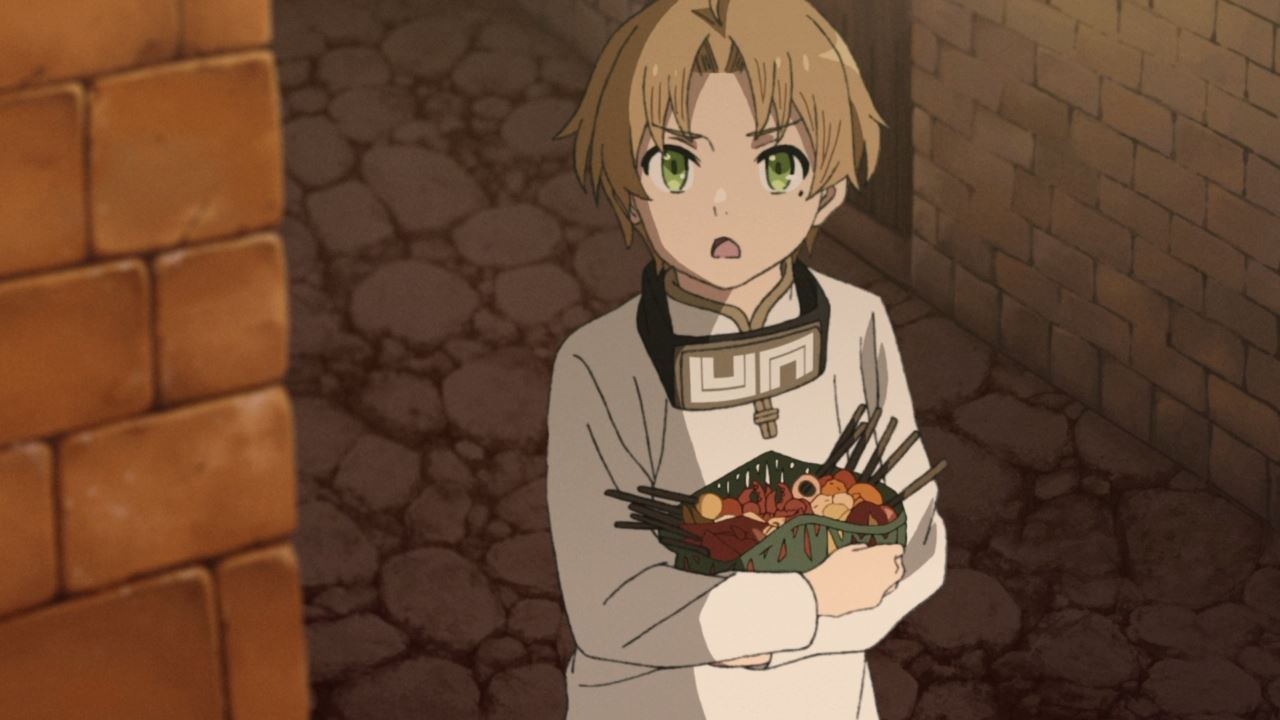 Oh yeah, here’s Rudy where he was given a task by the Human-God to give food to a certain person.

Given that the Human-God is a scumbag according to Rudeus, he has some doubts on whether this plan will benefit him and his buddies. 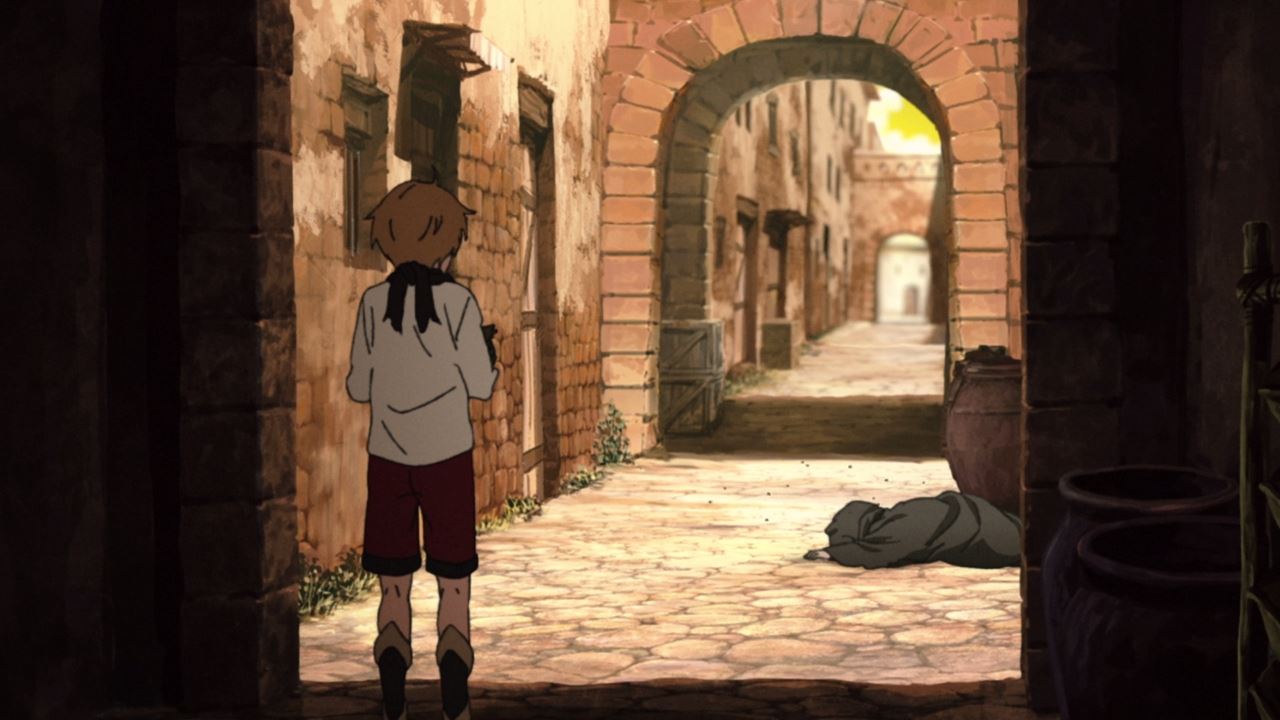 In any case, Rudy found someone lying on the ground. Not only that, this person is very hungry that he/she might die. Well then, time for Rudy to give some food to that person. 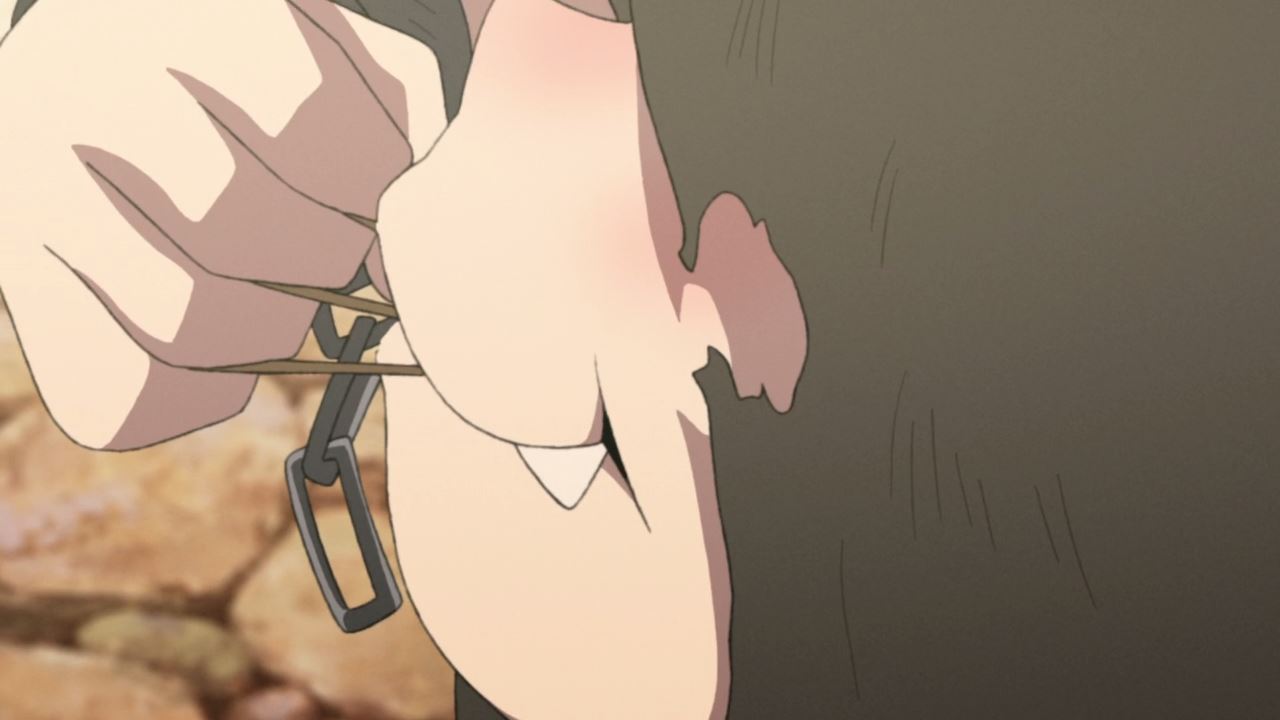 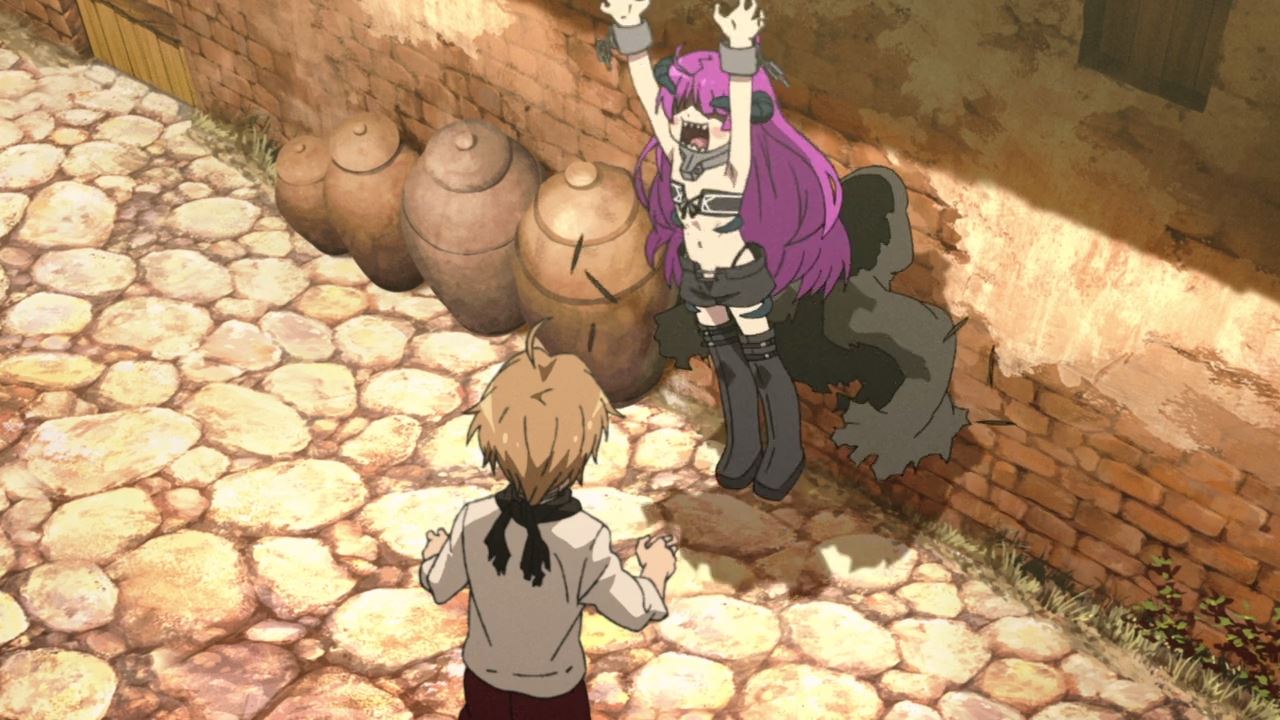 Fortunately, Rudy managed to feed this person that she regained her energy. Wait a minute, I remember this girl before… 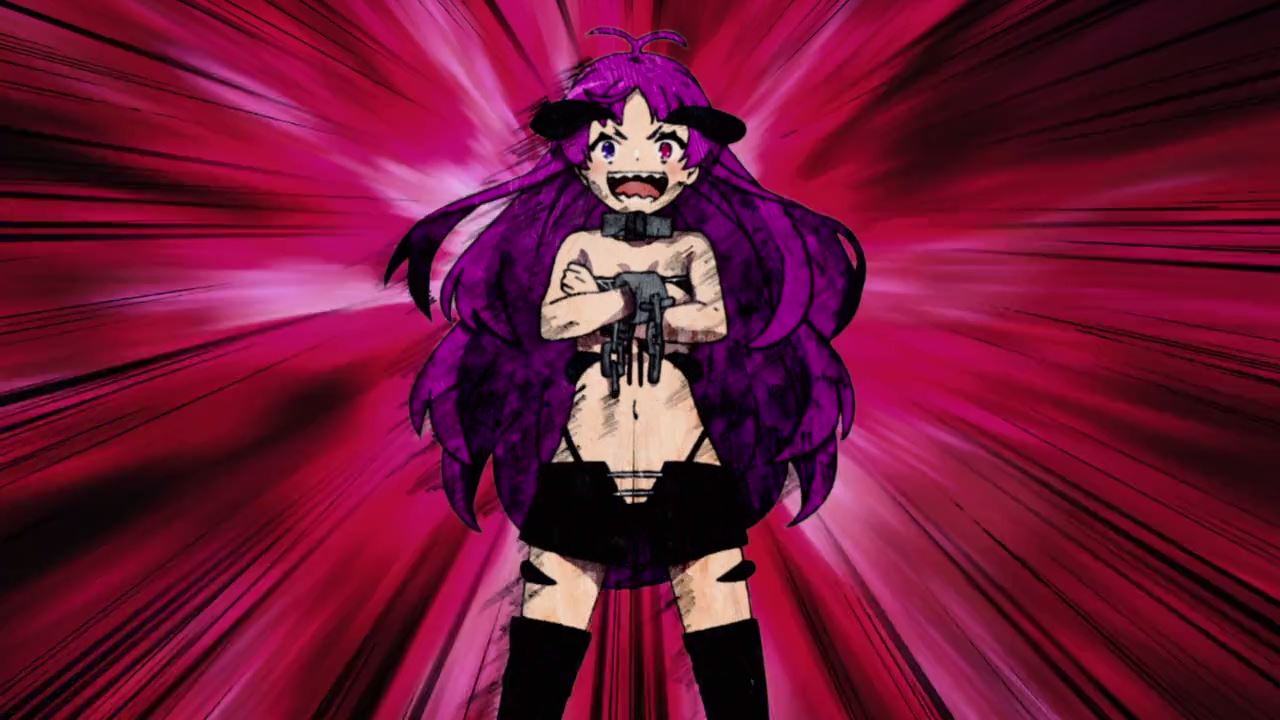 Anyways, here’s the formal introduction of Kishirika Kishirisu where the self-proclaimed demon lord is thanking Rudeus for saving her life. It could be anything from world domination to a demonic power. 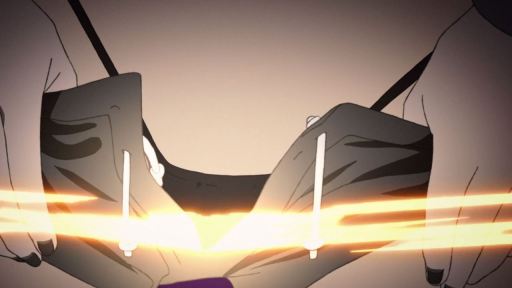 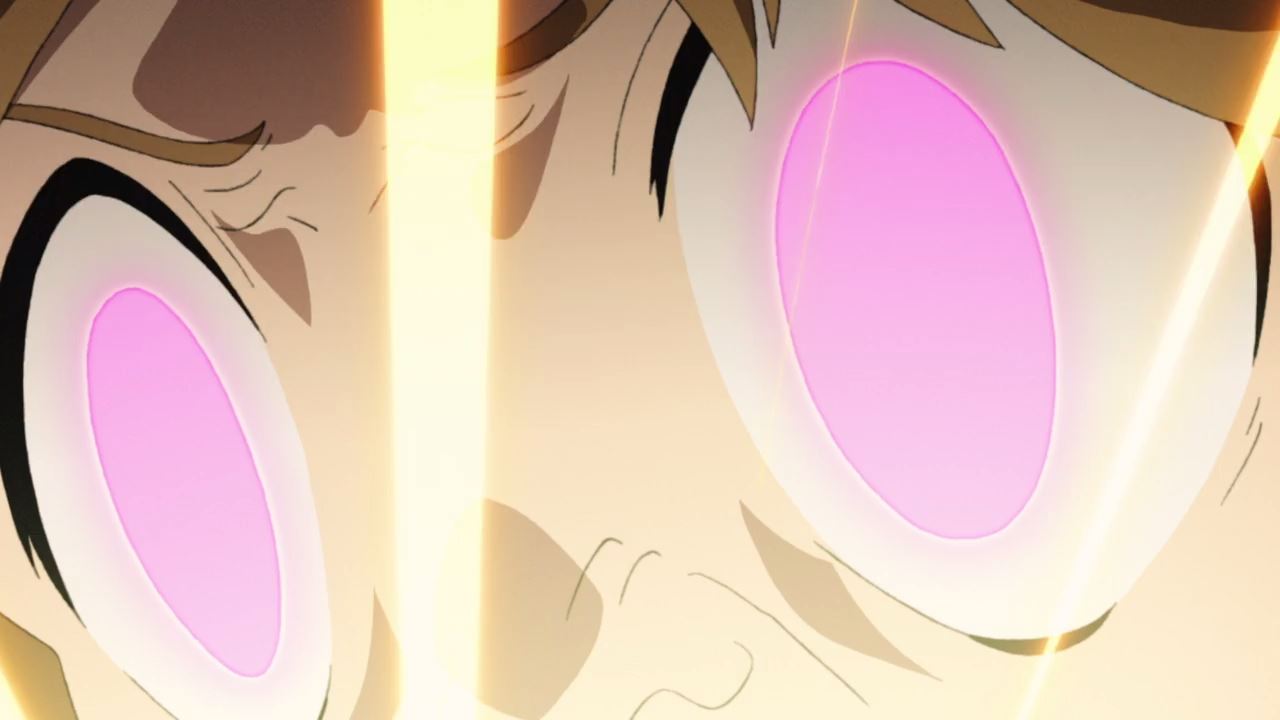 However, Rudy wants to see the demon lord’s crotch as Kishirika removes her pants. God, this boy is really eager to see bare vagina. 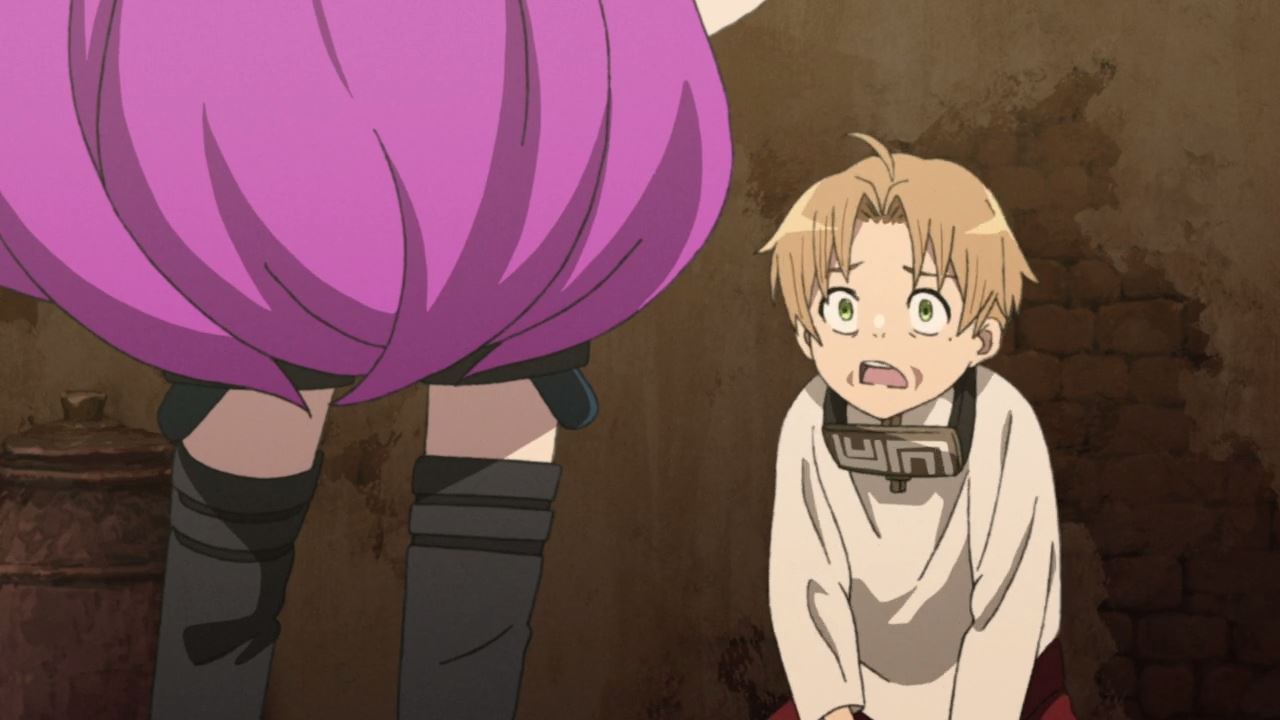 Actually, Kishirika Kishirisu is just trolling as she puts her pants on. Looks like Rudeus’ smile and optimism has gone in a flash!

Of course, the demom lord doesn’t want to ditch him completely as Kishirika took out one of his eyes and replace it with the Eye of Foresight, one of Kishirika’s demonic eyes that can predict the future. 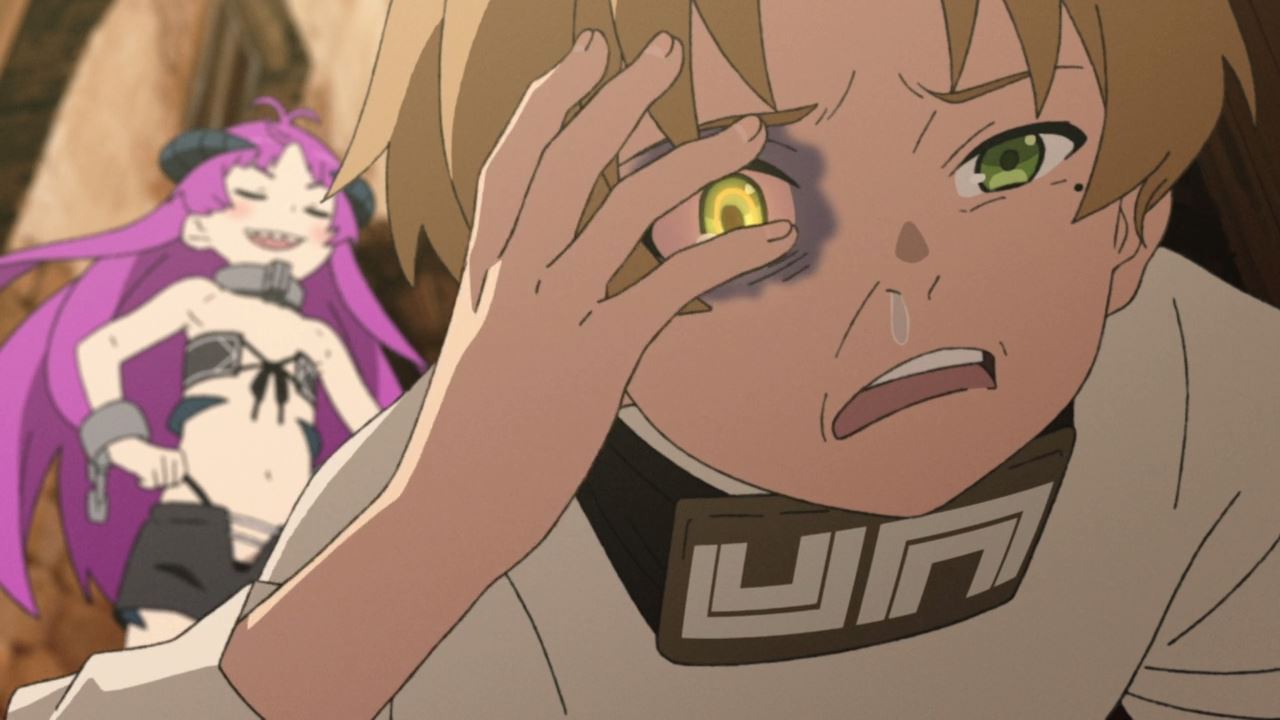 Then again, the process of replacing his right eye with a demonic one is quite painful. Not only that, but Rudeus can’t see his right eye properly as he’s seeing double vision. 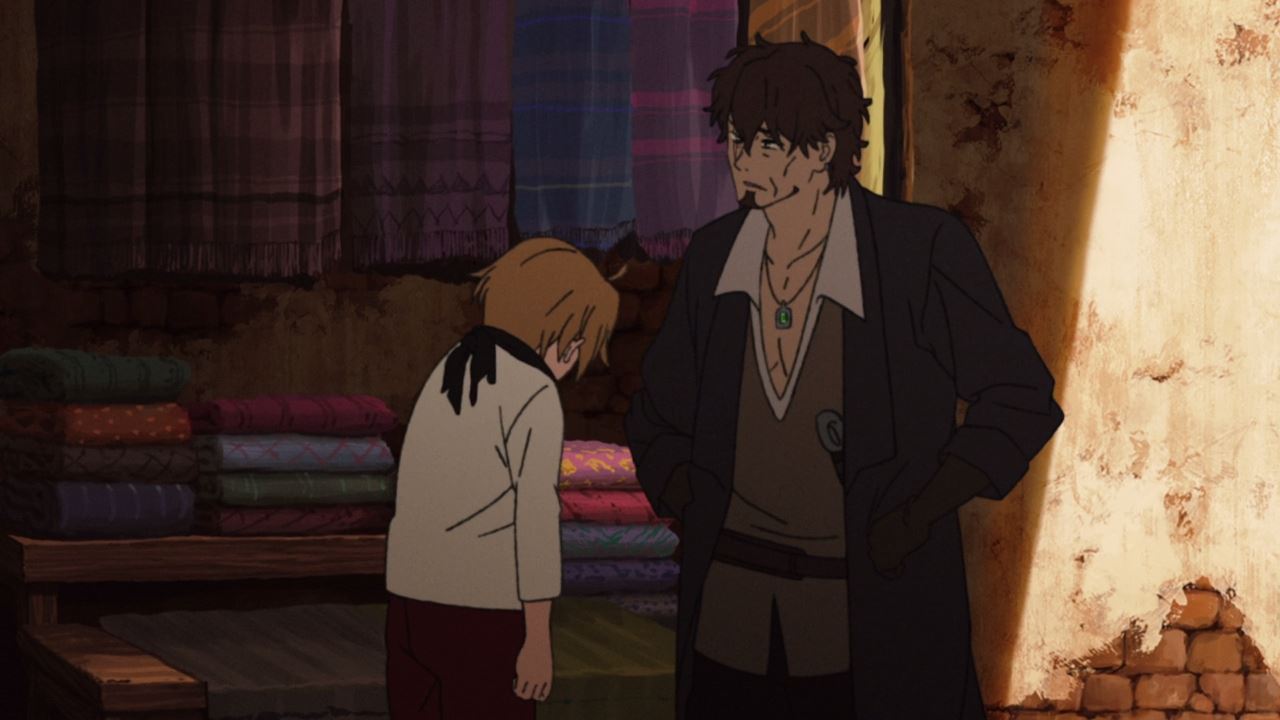 This means that he’ll get into accidents like bumping onto some dude that might steal his money. 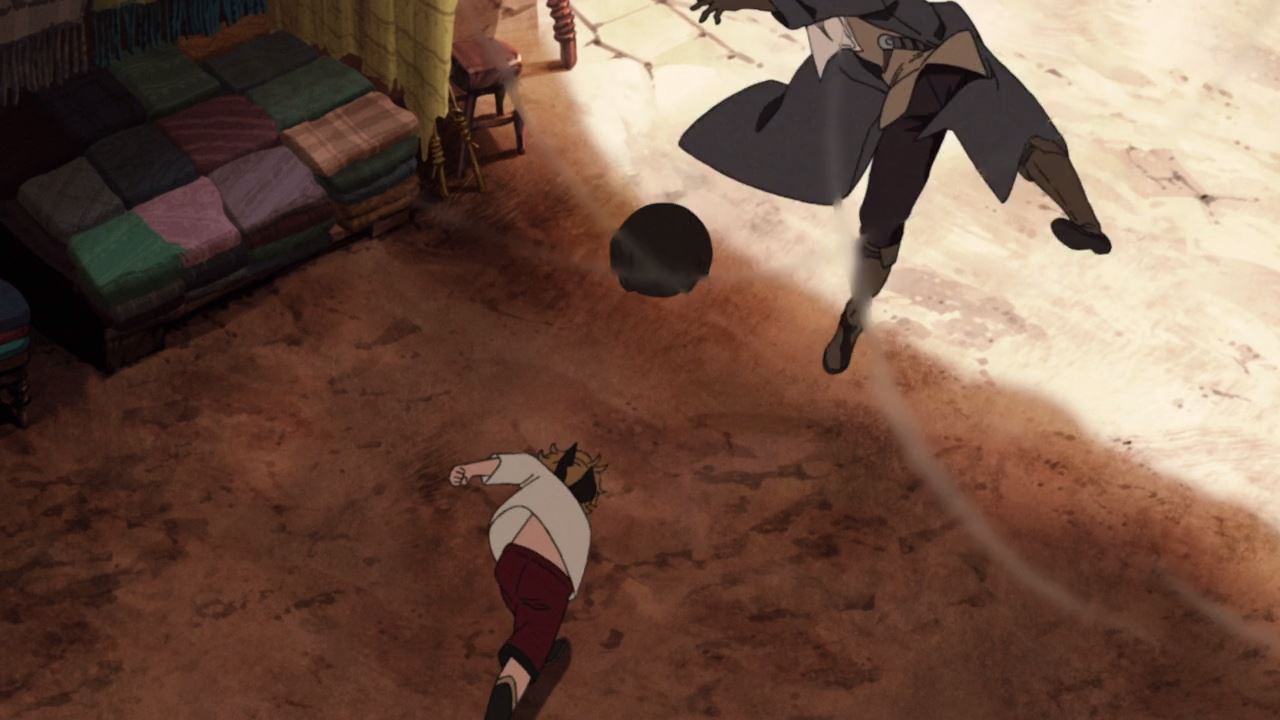 And speaking of accidents, looks like Rudy’s Eye of Foresight worked like a charm as he managed to push this guy away from a falling jug.

While this guy might kill Rudy for pushing him away with wind magic, let’s not forget that the boy saved his man’s life. 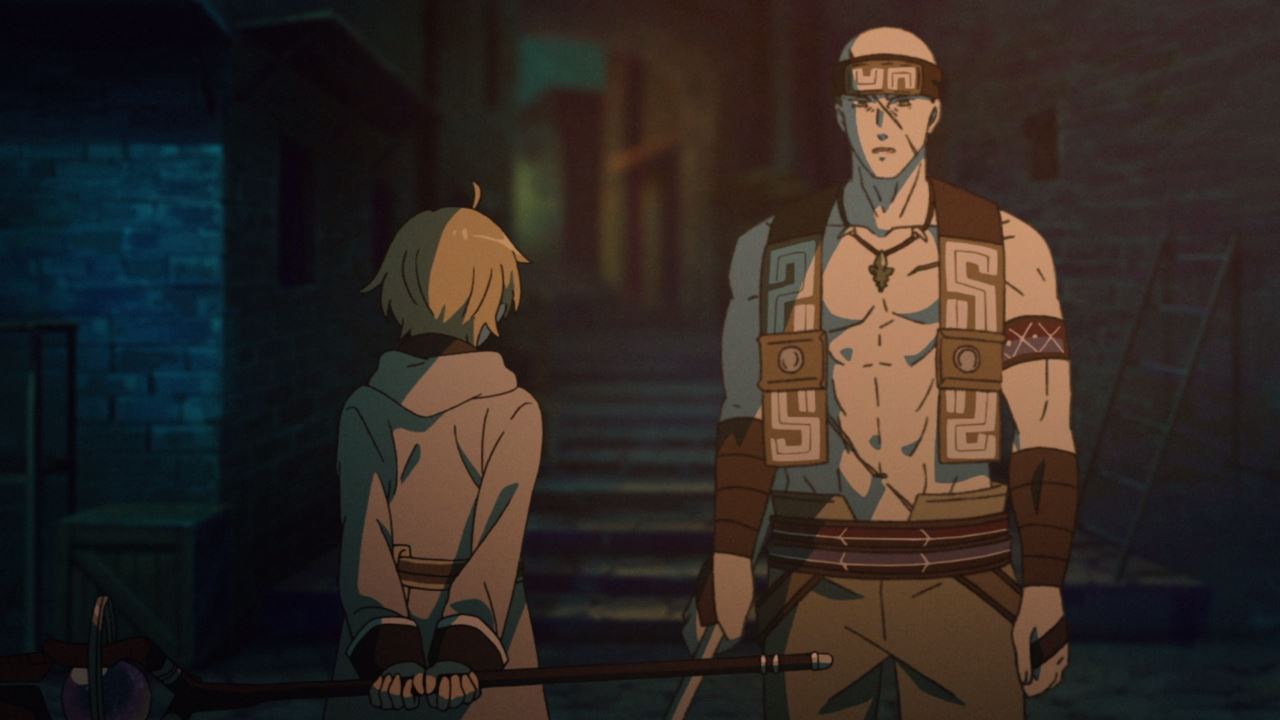 One last thing, looks like Rudeus Greyrat decides to go outside and sell his staff, only to be stopped by Ruijerd Superdia in which he doesn’t want Rudy to sell his precious item just to fund their boat ride home.

And speaking of Ruijerd, he wants Rudy to believe in him as the Superd warrior tries to atone his mistakes. With that said, they’ll try to make ends meet and earn money for a boat right, although Rudeus will need to find Roxy as she and her party are already at the Demon Continent. 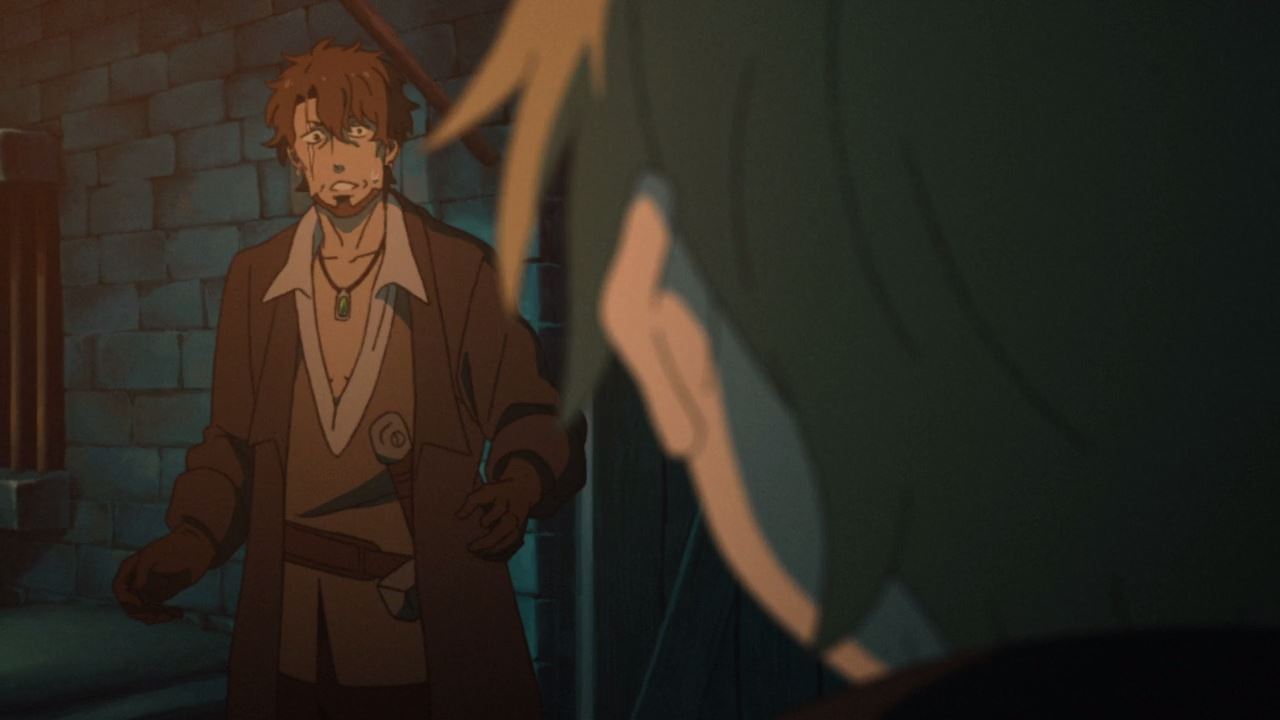 Oh yeah, looks like this guy from before has appeared. This is Gallus Cleaner and I’m not sure if he’s gonna help Rudeus for saving his life to scamming the hell out of the boy.

You know what, I’m glad that Mushoku Tensei has returned and I’m hoping that Rudy and Eris can return home safely once they’re done dealing with various challenges in the Demon Continent.