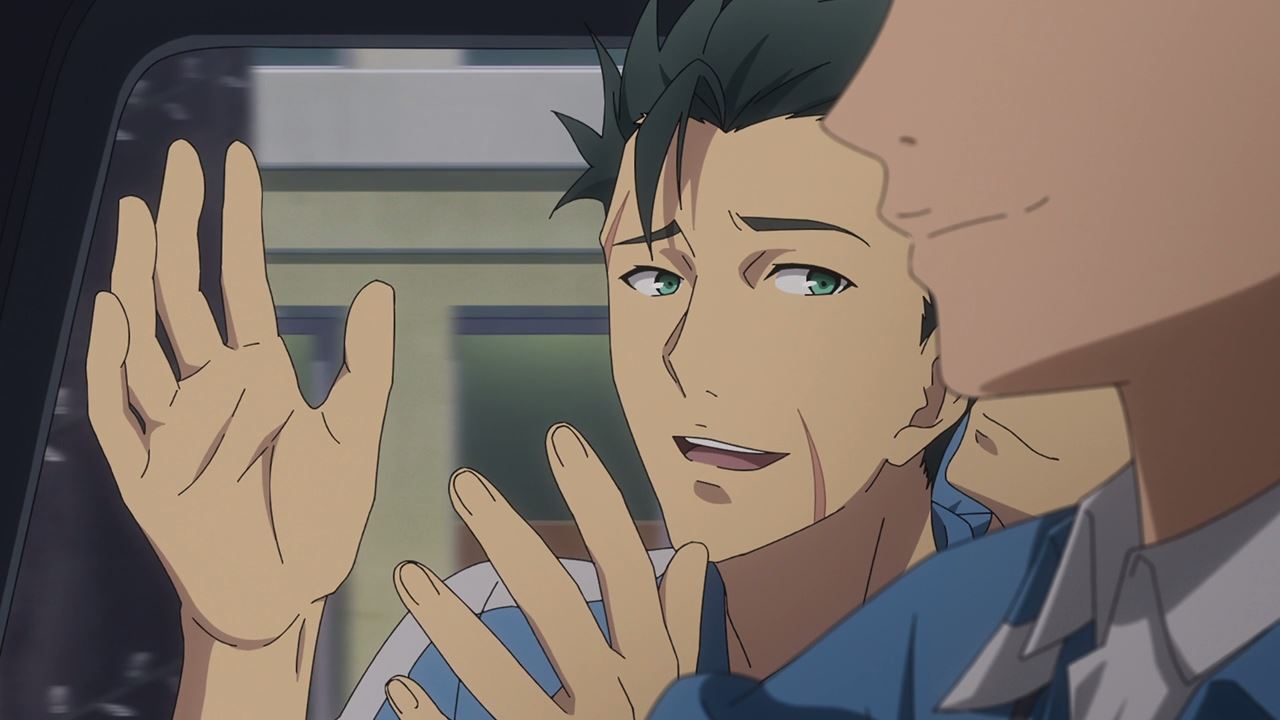 Let’s start this episode with Raiden Shuga where he’s currently living his ordinary life as an employee of a hauling company in Giad. Glad that he found a job that doesn’t involved around fighting.

Of course, it’s not just Raiden, but his buddies are living peacefully in the federal republic like Anju Emma taking up cooking classes, Kurena Kukumila trying out new clothes, and Theoto “Theo” Rikka sketching some scenery. But what about Shinei Nouzen? 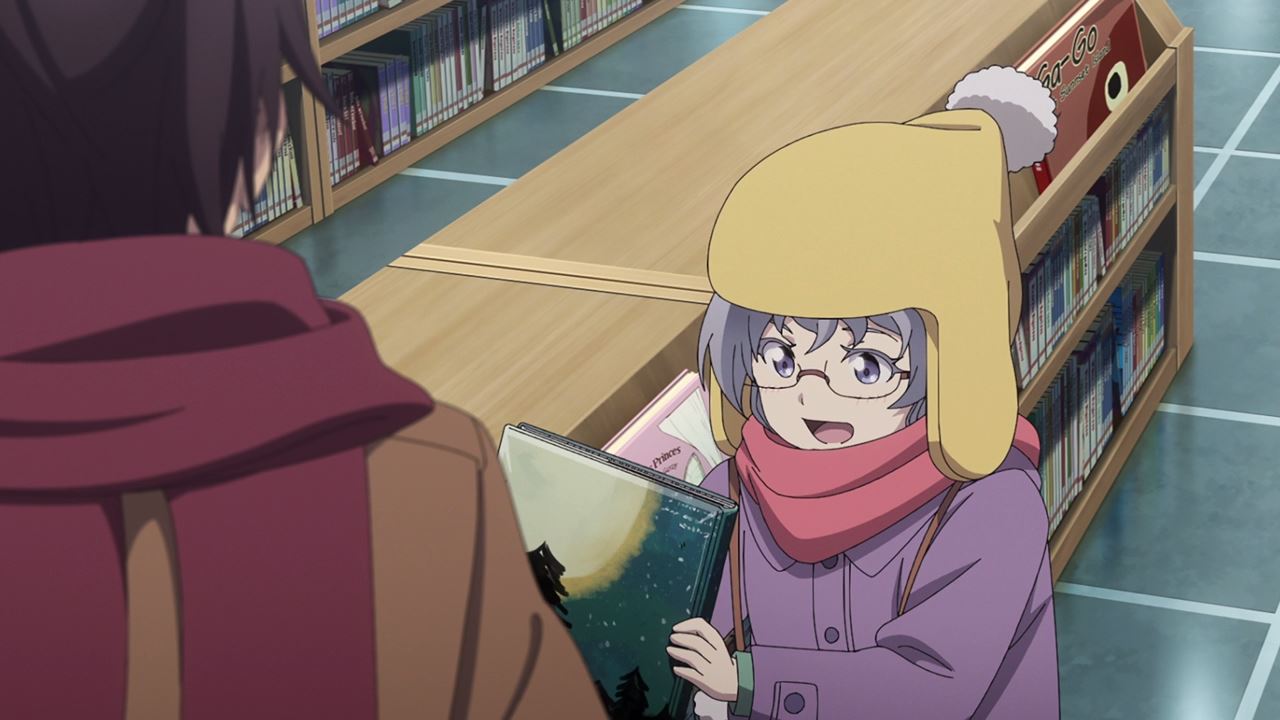 Well, Shin is spending time reading books at the library as he felt at ease, compared to the battlefield where he’s always on the edge.

With that said, here’s Shinei Nouzen giving a book to this young girl. And by the way, the title of the book is called “The Skull Knight” which Shin fondly remembered reading it as a kid. 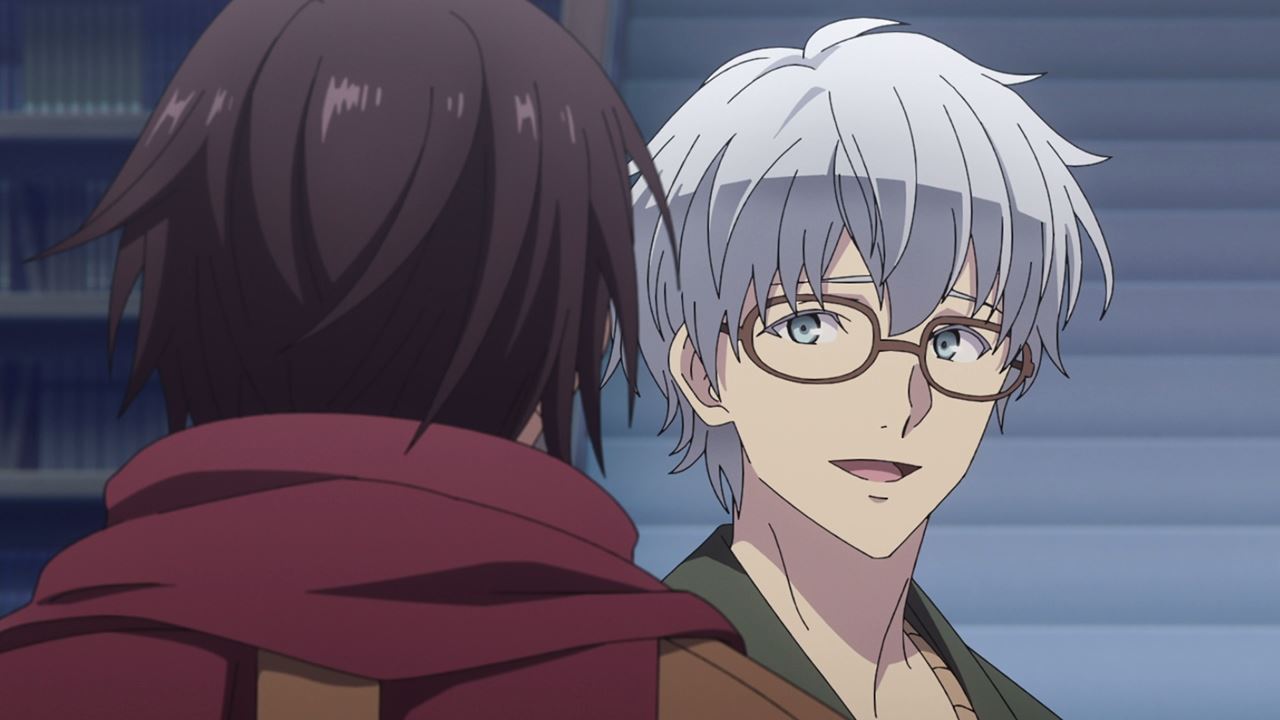 By the way, this is Eugene Rantz where it’s his first time meeting with Shin. Born from a poor family, Eugene plans to join the army in hopes of giving a better life to his sister Nina.

While it’s nice that he volunteered to fight against the Legion, I feel that Eugene should come up with alternative plans should he failed the draft or once the war is over. 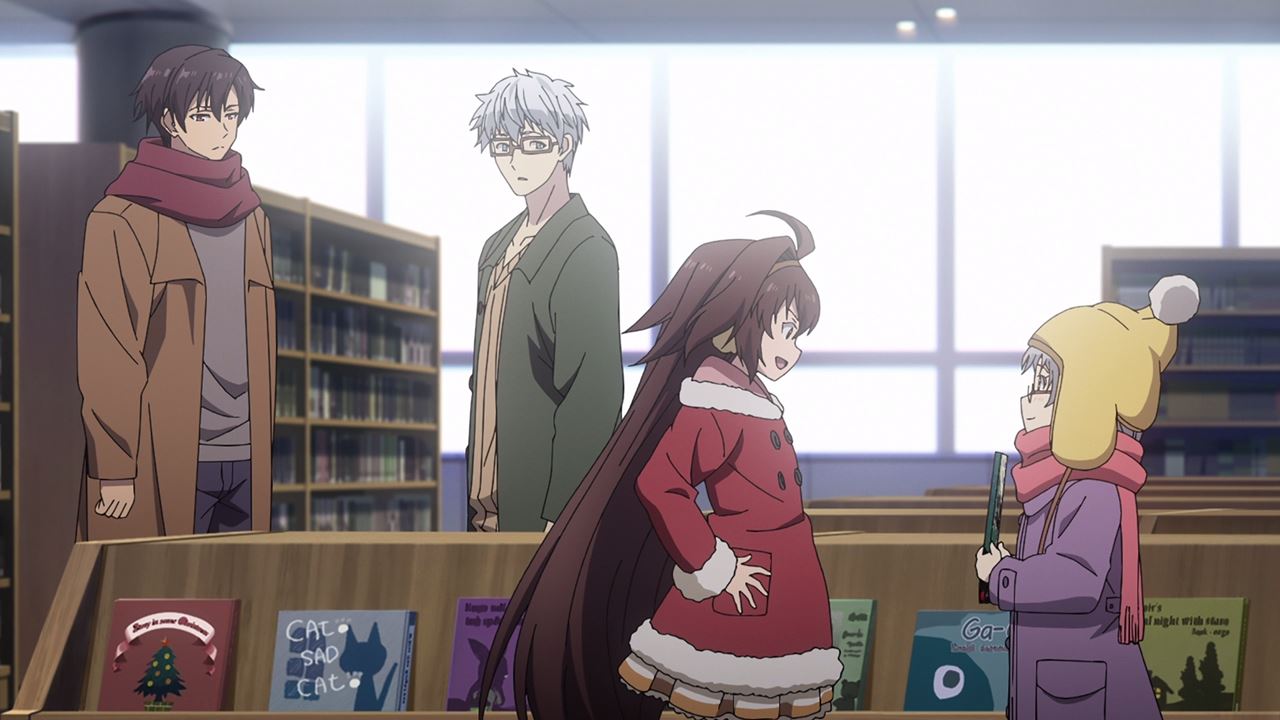 Meanwhile, looks like Frederica Rosenfort has appeared to bring Shinei Nouzen back home as she’s really bored. Um Frederica, I think you should spend some time with Shin’s friends, or be patient like a good girl. 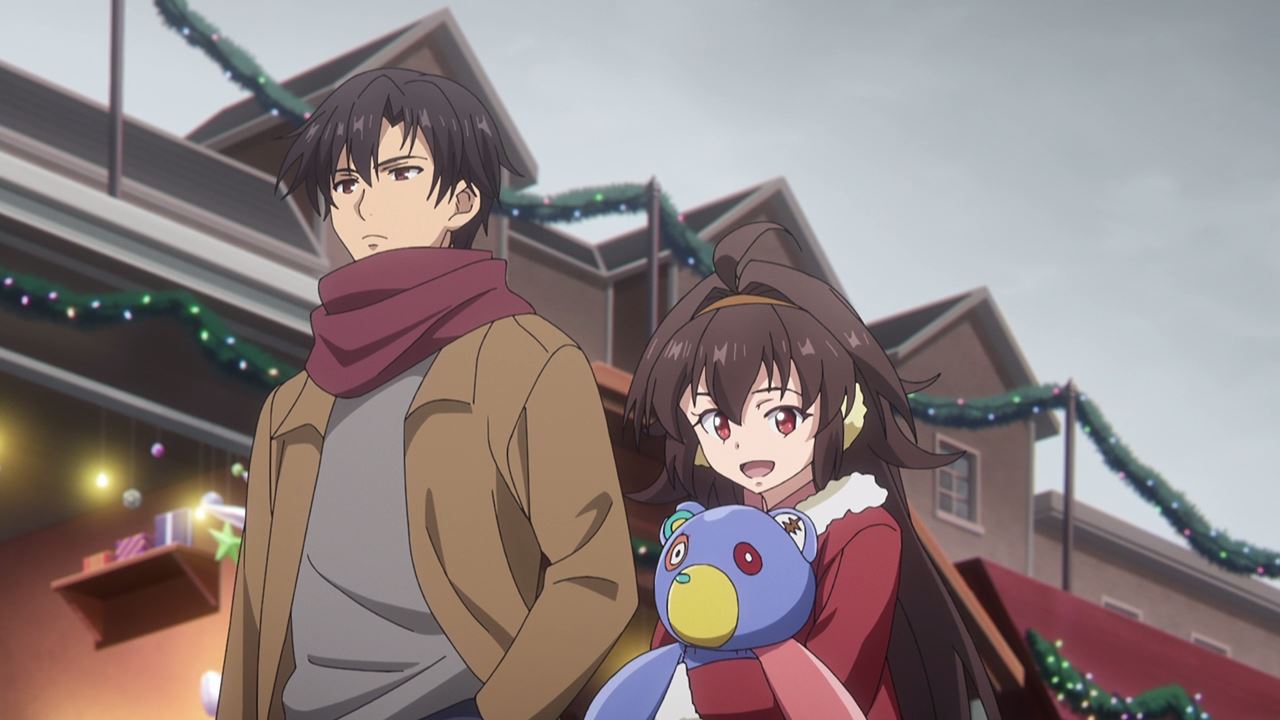 Speaking of Frederica, I feel that she’s acting like a pushover to Shinei where this little girl ask him to buy a teddy bear.

But you know what, Frederica Rosenfort should tell everyone about her real identity as soon as possible ’cause they must know what happened to the empire’s final days. 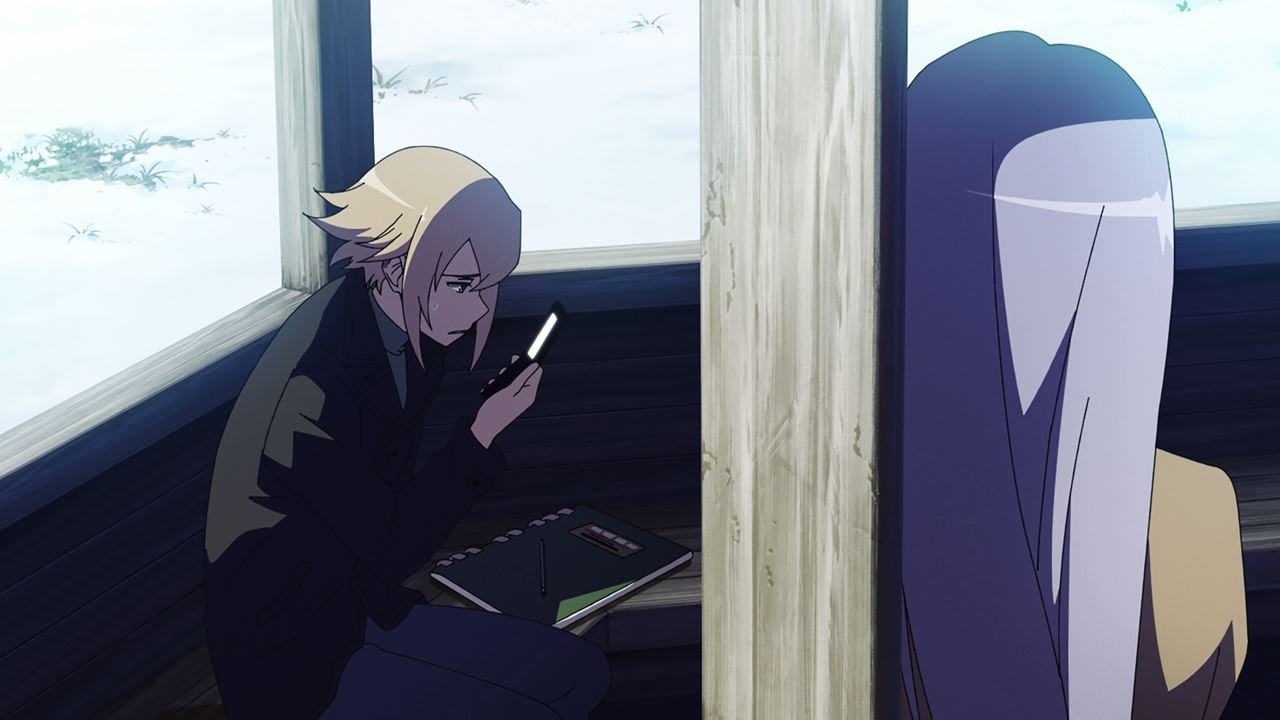 Anyways, here’s Theoto Rikka where he’s calling Shinei Nouzen via his cellphone to no avail. I guess Theo prefers to use the Para-RAID in order to communicate with Shin, but the federal republic forbid them to use those implants due to concerns over brain damage.

Now while he’s pretty much accustomed to this peaceful life in the federal republic, Theo is still itching to return to the battlefield. Well, every surviving member wants to fight ’cause they really grew up in the battlefield. 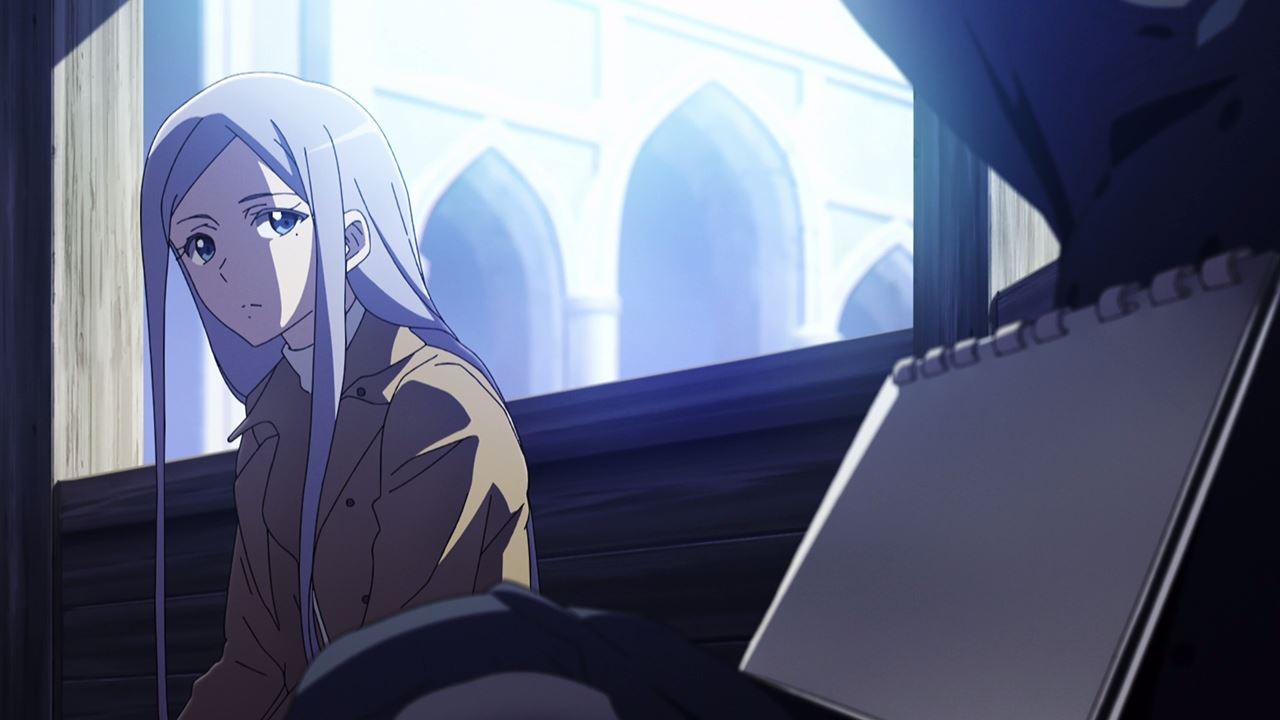 For now, they need to relax and enjoy the festivities in the Federal Republic of Giad, especially when the Festival of the Holy Birth is happening right now. 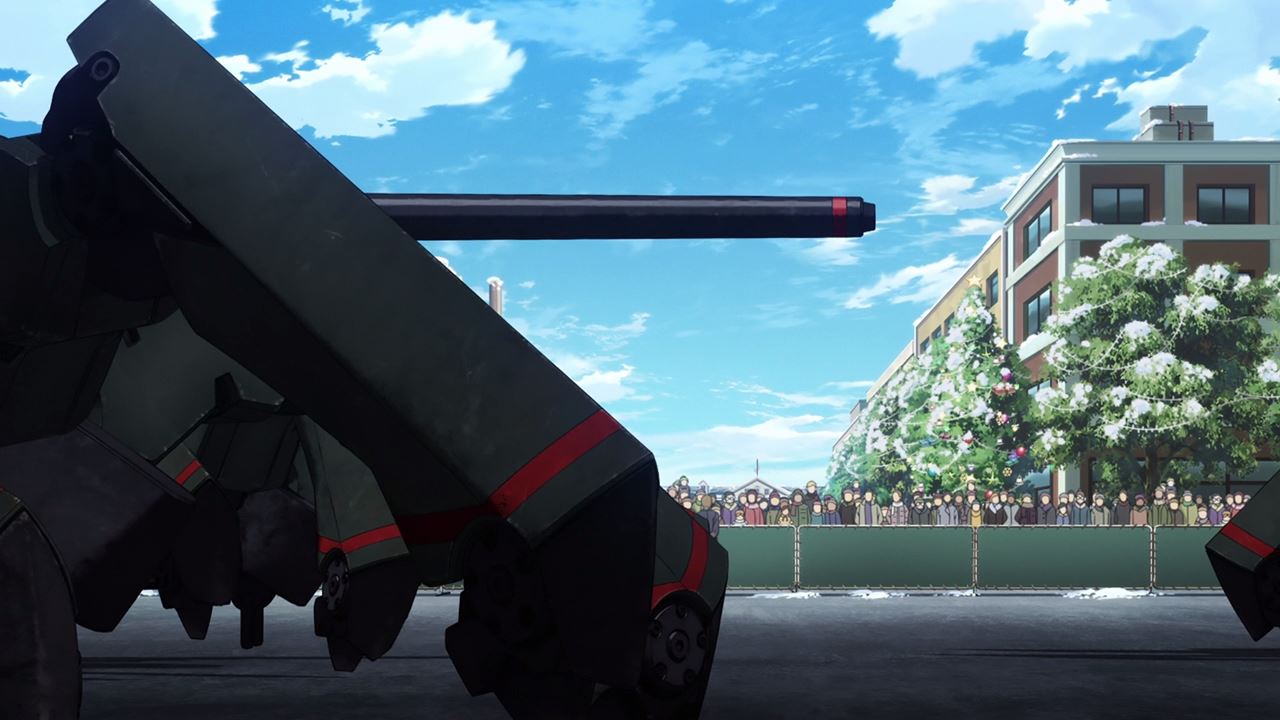 Of course, the federal republic showed their military might at the parade. Anyways, this is their latest machine called M4A3 Vánagandr where it’s heavily-armored and claims that it’s superior to Ameise and Grauwolf-type Legions. 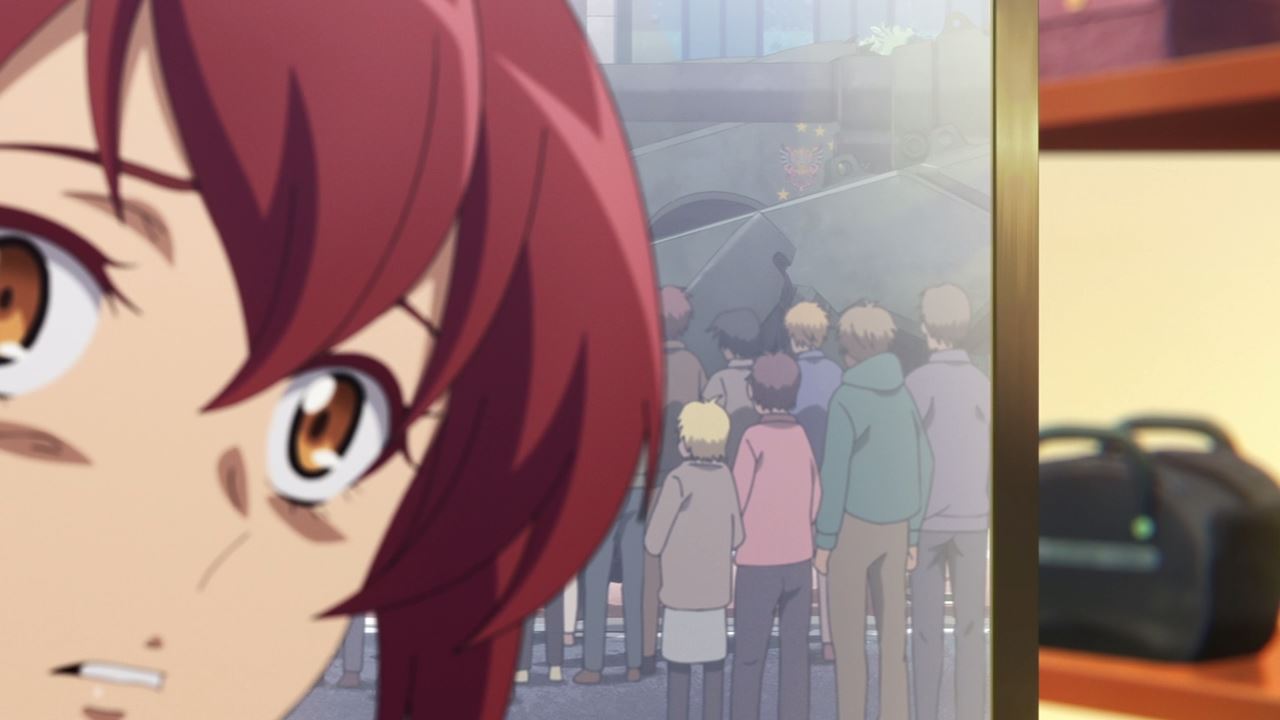 On the other hand, here’s Kurena Kukumila where her trauma has resurfaced upon seeing the Vánagandr through the mirror. Looks like her window shopping will be postponed for the time being. 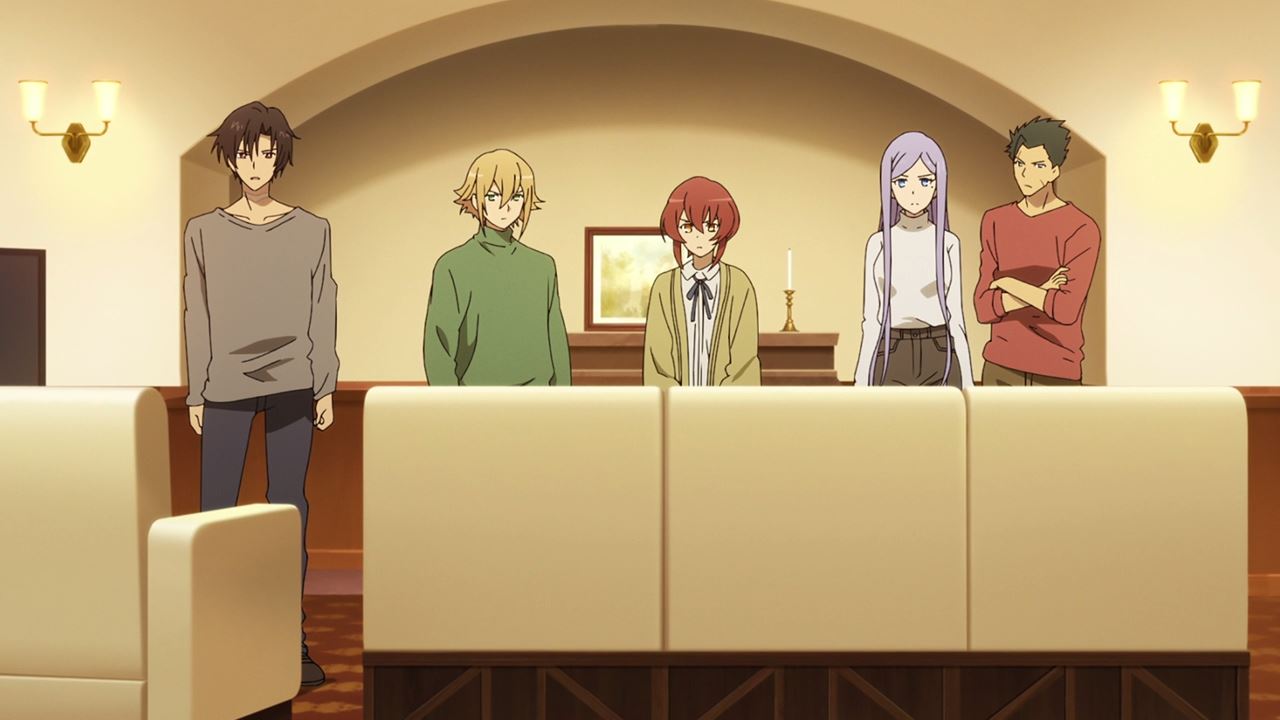 In any case, the surviving members of the Spearhead Squadron has rested enough as they told Ernst Zimmermann that they’ll return to the battlefield. I guess they don’t want to get rusty then. 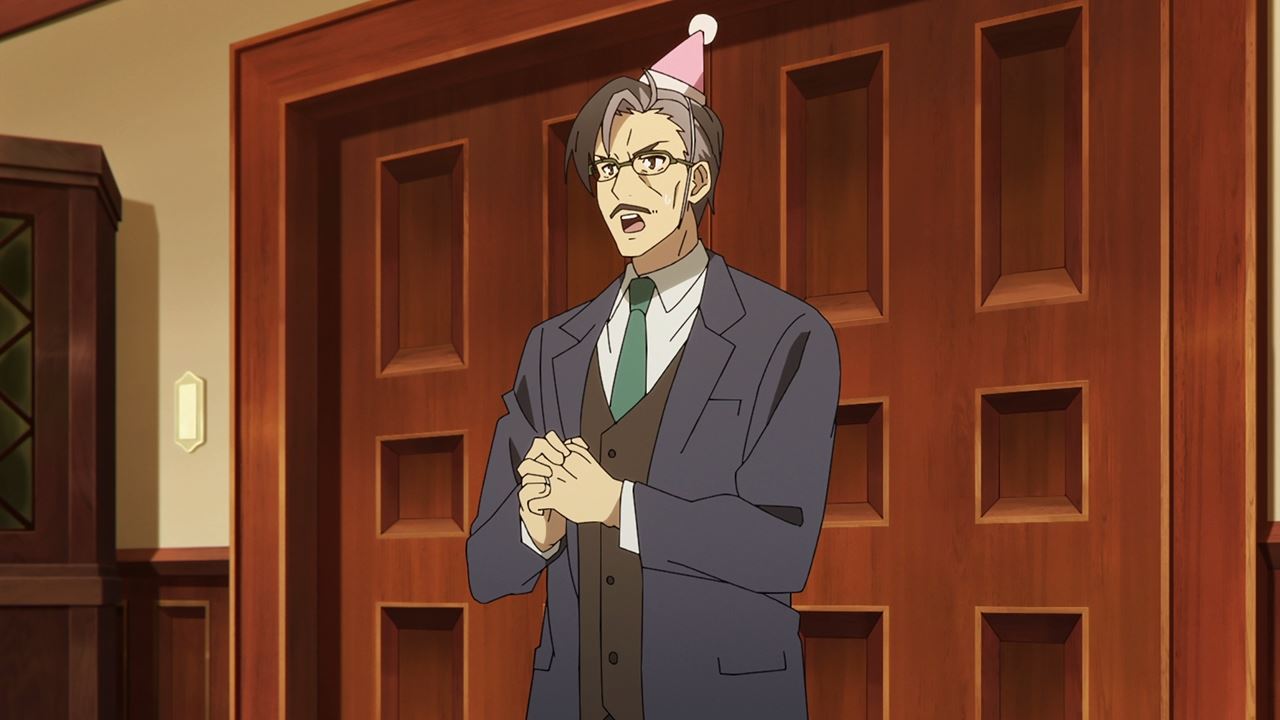 However, Ernst Zimmermann forbid them to fight as there’s no need to return to the battlefield anymore. Not only that, but he’s concern about their future as Ernst doesn’t want them to stay at the military for a long time.

Unfortunately for the acting president, Shinei Nouzen is really determined to fight against the Legion in hopes of saving the Eighty-Sixes who are still trapped within the Republic of San Magnolia. 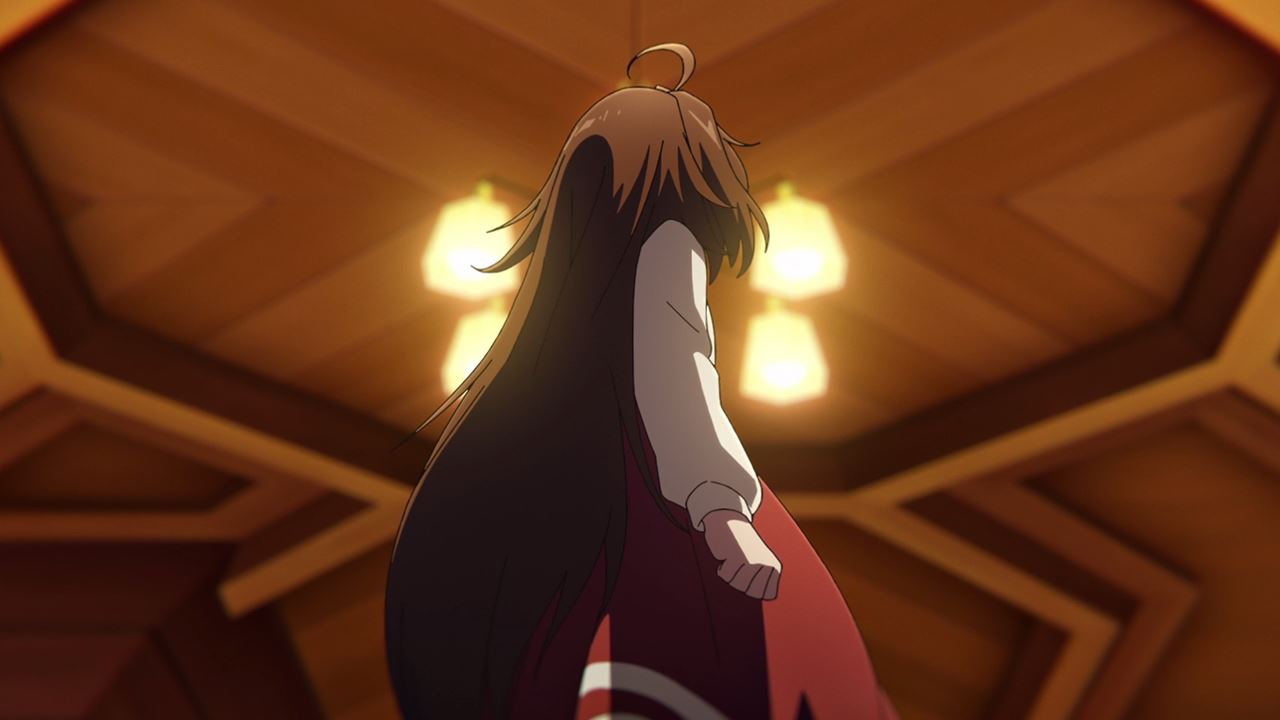 Meanwhile, looks like Frederica Rosenfort has decided to reveal herself to be Augusta Frederica Aldel-Adler, the last empress of Giad where she has the ability to see the past, present, and future.

With that said, Frederica blamed herself for the empire’s machinations that made everyone suffer, although Shin and the rest told her that San Magnolia are responsible for destroying their lives. 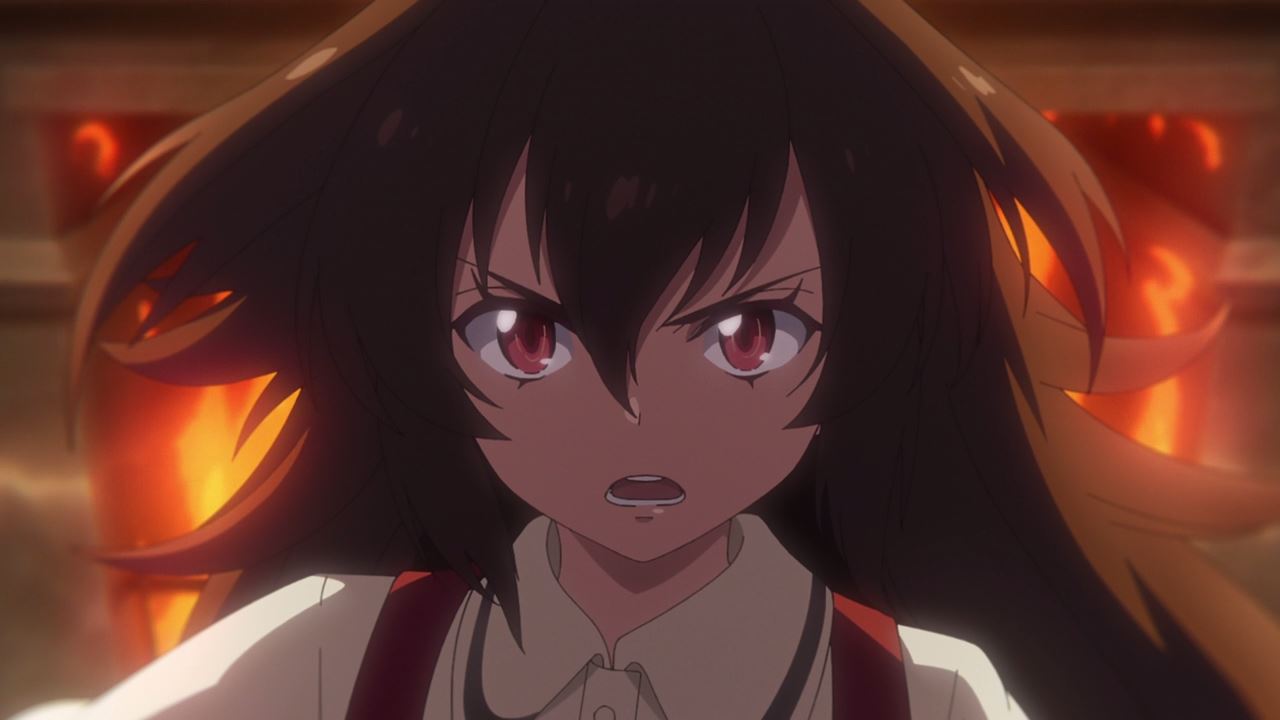 Oh yeah, there’s more story from Frederica Rosenfort as she once had a bodyguard named Kiriya Nouzen where he defended her from various threats.

However, various unfortunate circumstances has led to Kiriya’s disappearance which eventually end up being captured by the Legion and became one of the Shepherds. Of course, what about Shourei’s nametag? 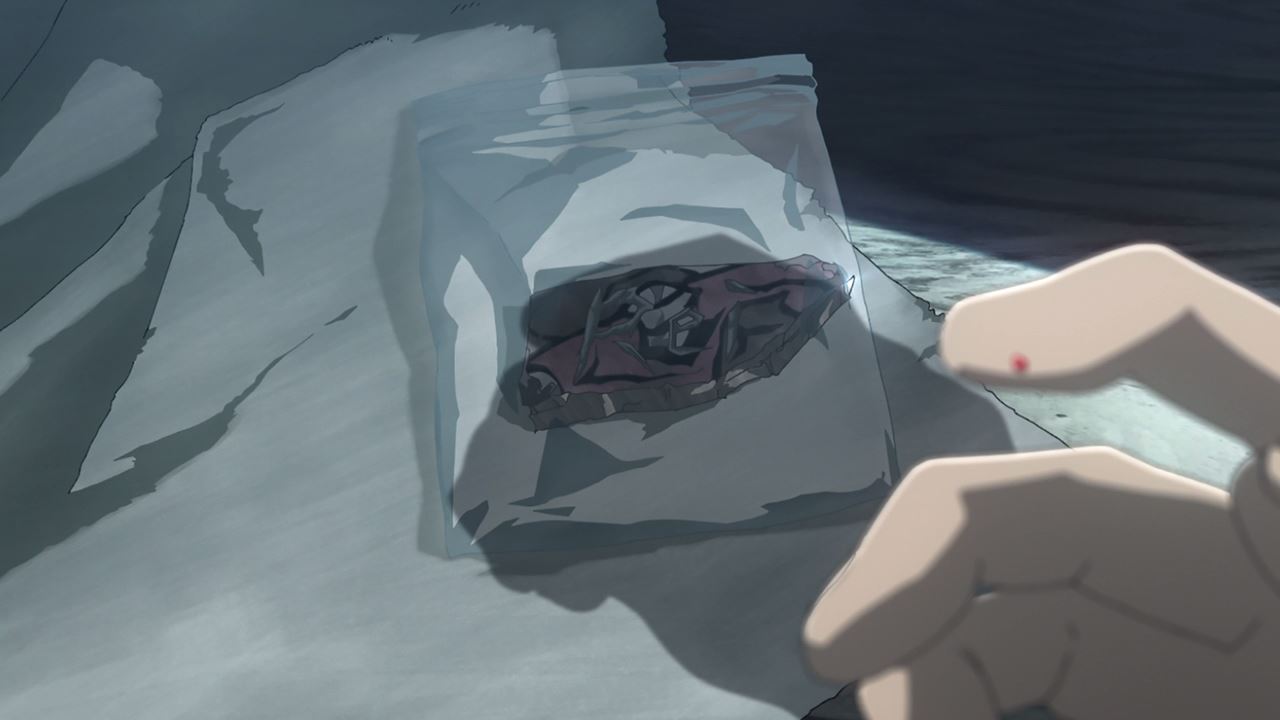 Well, turns out that Kiriya is responsible for taking Shourei’s head which is why Shinei managed to get ahold of Rei’s carved nametag. 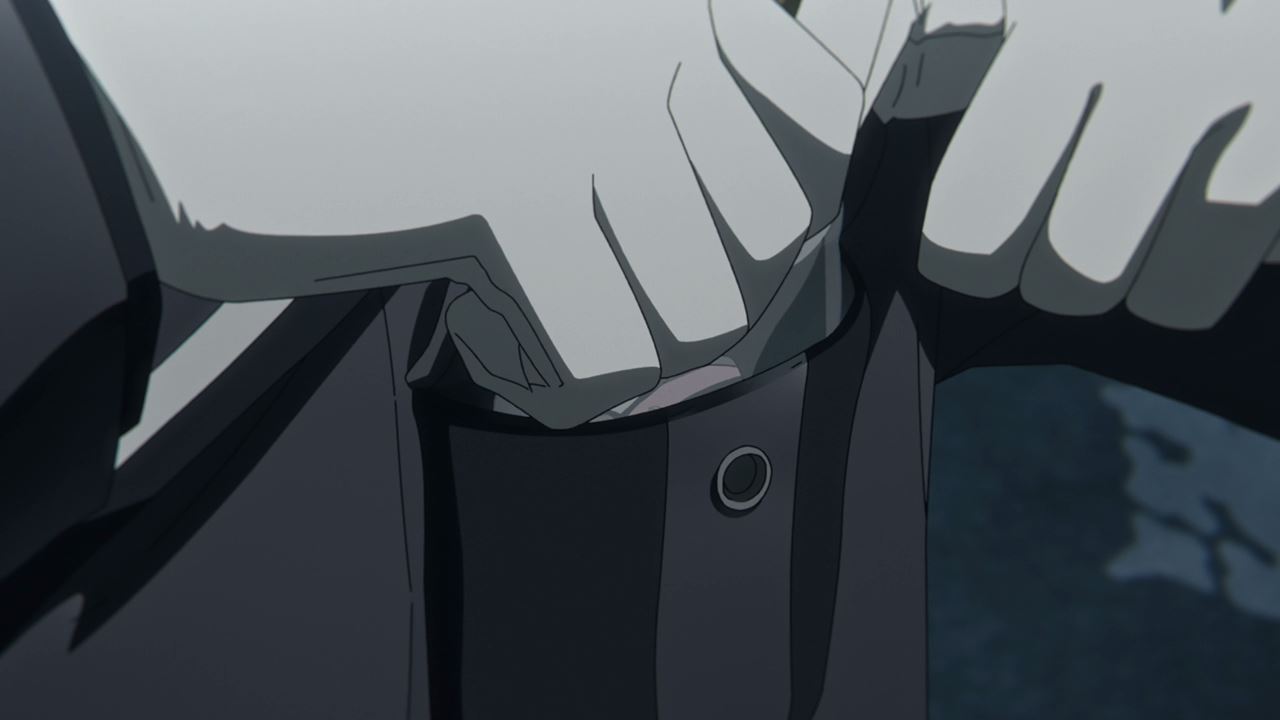 Now that he knows Kiriya’s fate, Shinei puts on his uniform and pocketed Rei’s nametag as he’s determined to stop his relative before he takes more lives. 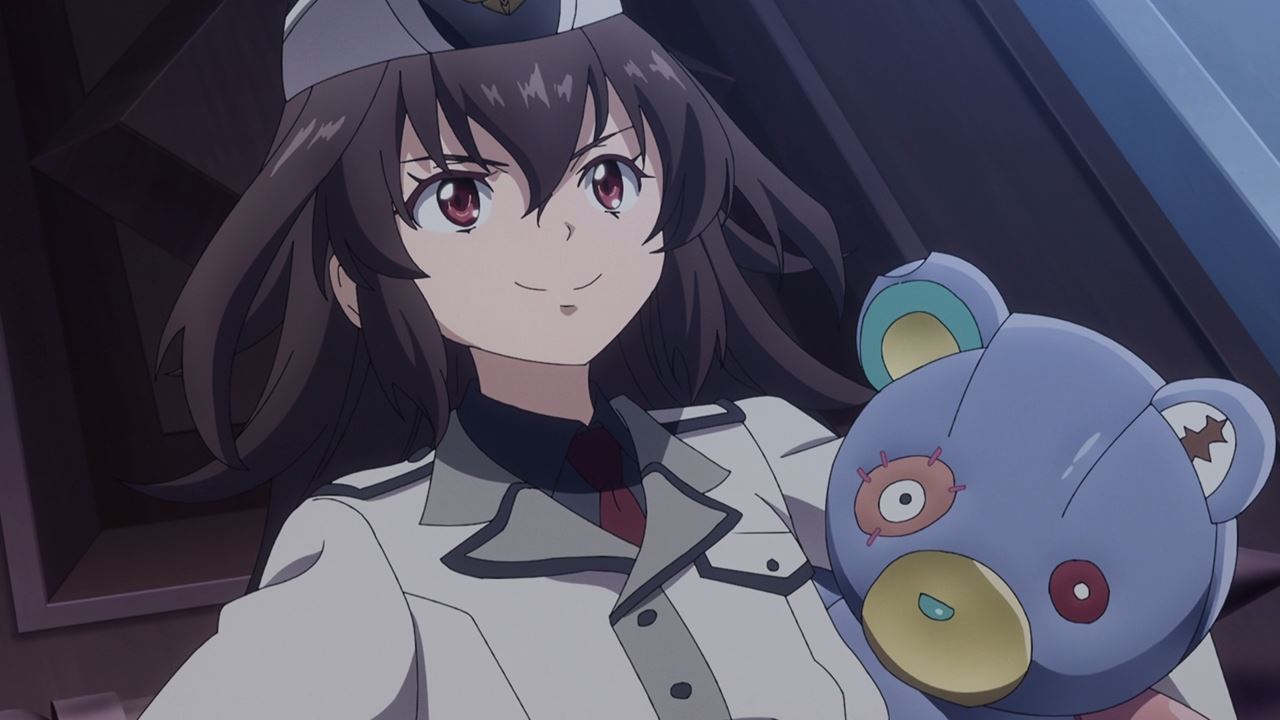 Meanwhile, here’s Frederica Rosenfort (or Augusta Frederica Aldel-Adler) as she’s now wearing a military uniform, although Frederica still holds her teddy bear. And by the way, the reason for joining the military is because Frederica will serve as the handler to the surviving members of the Spearhead Squadron.

One more thing, Ernst Zimmermann doesn’t want to let them fight as enlisted soldiers as the president wants Shin and the rest to become commanding officers. At least they somewhat have a future after the war, although I prefer them retiring from military duty. 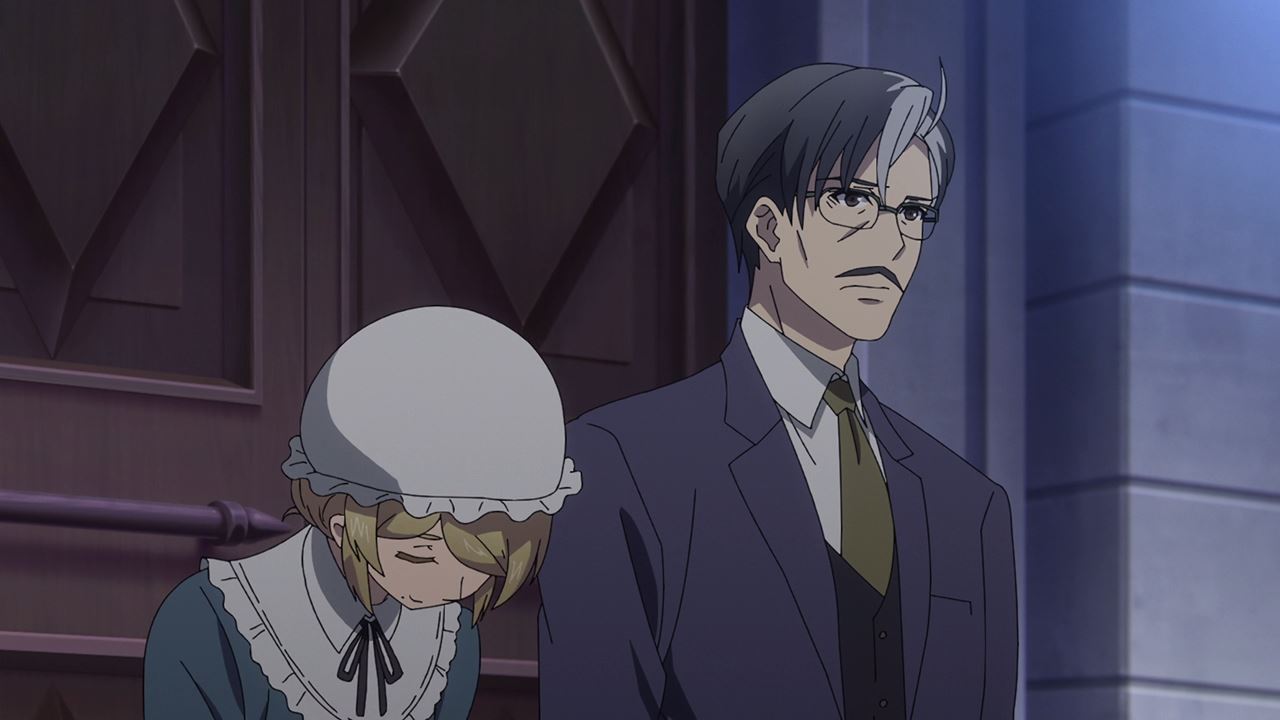 Speaking of Ernst Zimmermann, he and his trusty maid Theresa are about to bid farewell to their guests as Shinei Nouzen and his allies are about to return to the battlefield. 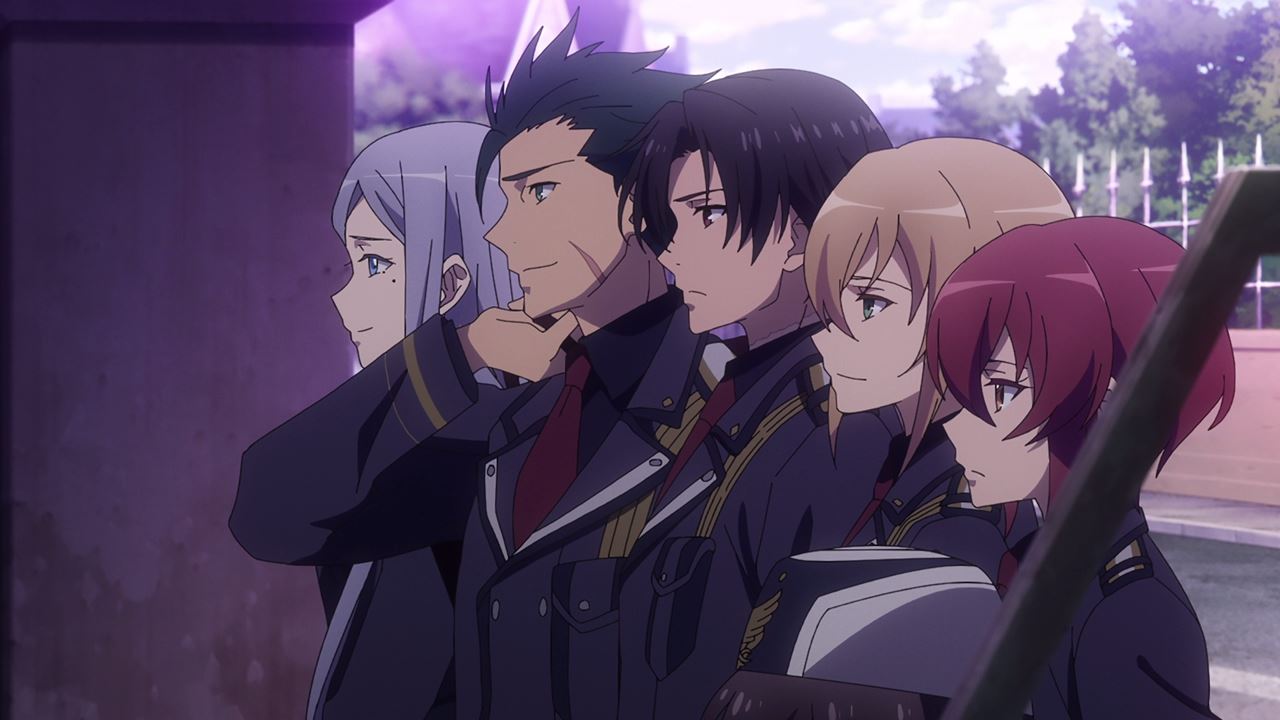 Well everyone, looks like the Undertaker and his allies are back in action. But then again, what type of machine they’ll use since their Juggernaut is wrecked beyond repair?

Anyways, I’ll see you next time and I’m hoping that I’ll see Vladilena “Lena” Milizé again and her squadron again.