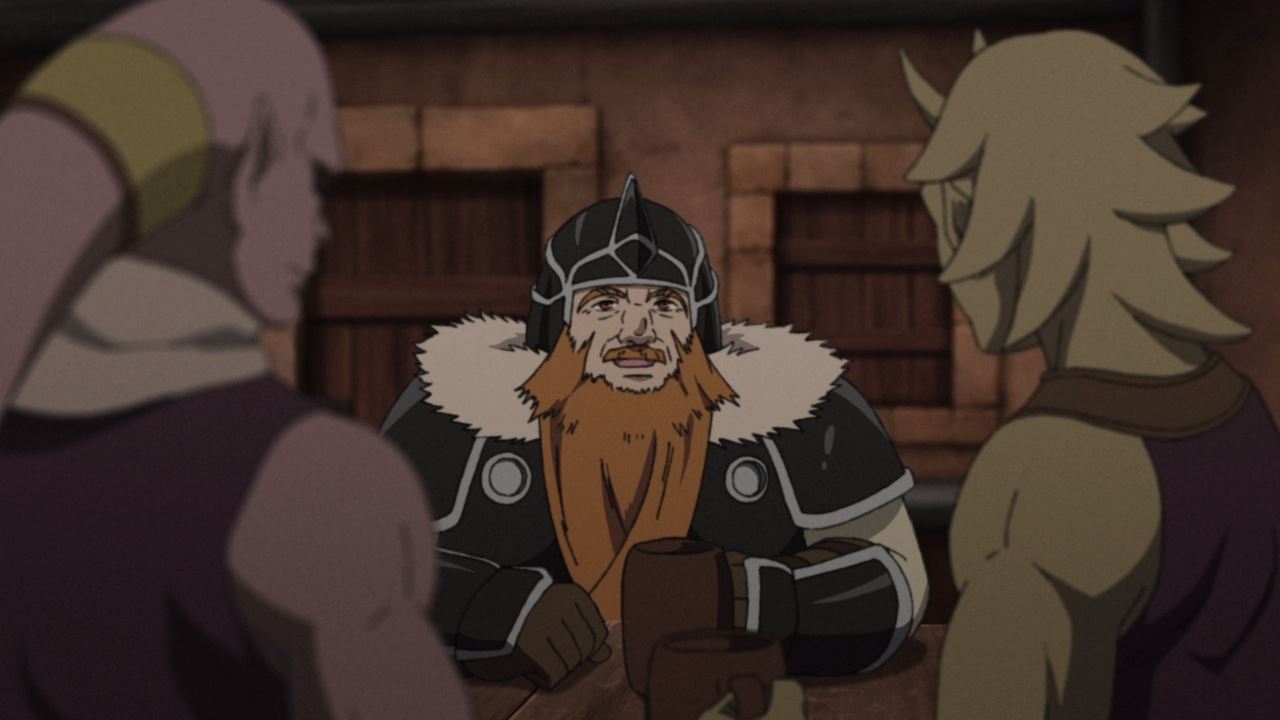 Now let’s talk about Roxy Migurdia where she and her two companions are at the Demon Continent. After all, they’re asked by Paul Greyrat to save both Rudeus and Eris.

But let’s start with Tallhand, a dwarven magician from the Fangs of the Black Wolf where he’s currently asking for clues regarding Rudy’s whereabouts, although what Tallhand learned is the existence of a party called Dead End.

Also, here’s Elinalise Dragonroad where she’s currently asking for information in exchange for sex, something that Roxy Migurdia couldn’t stand it. 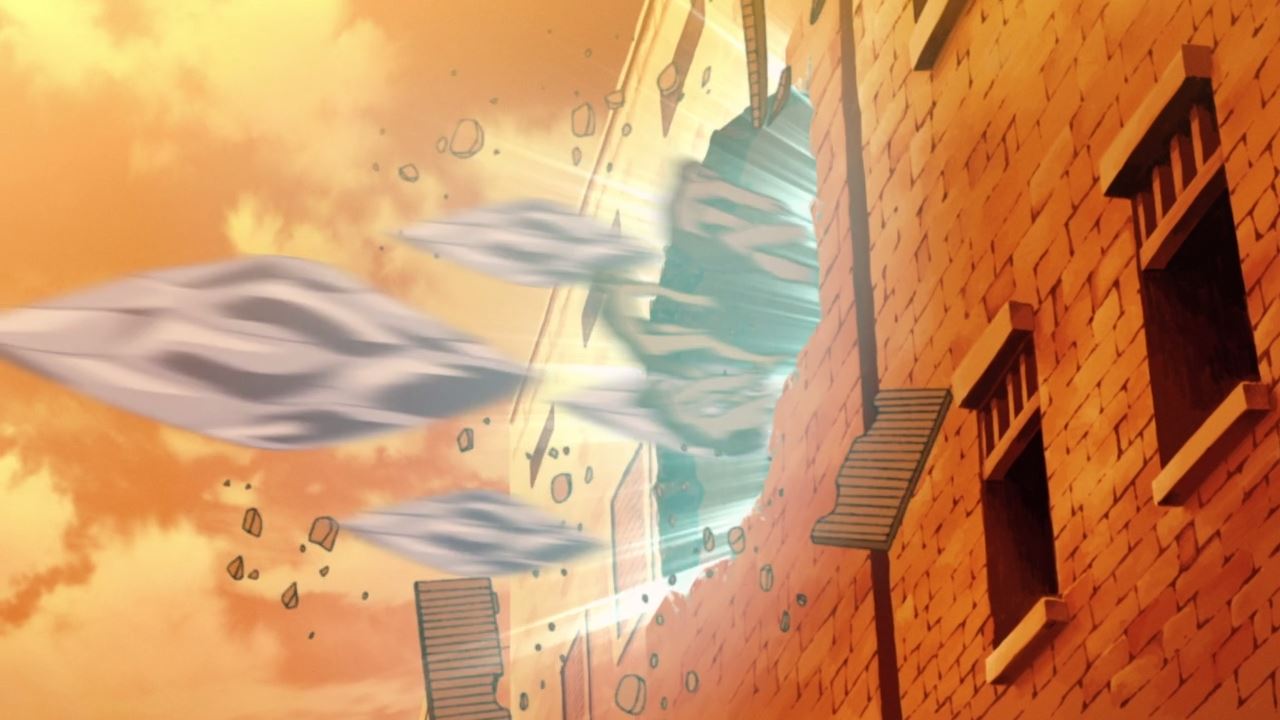 With that said, Roxy casts Icicle Break where she managed trash the inn. I guess she’s too naive to have sex yet!

Still, it appears that they’ll have a hard time finding Rudeus and Eris ’cause by the time they arrived at Fittoa, those two kids are already took a boat ride to their homeland… or they’re planning to get a boat ride. 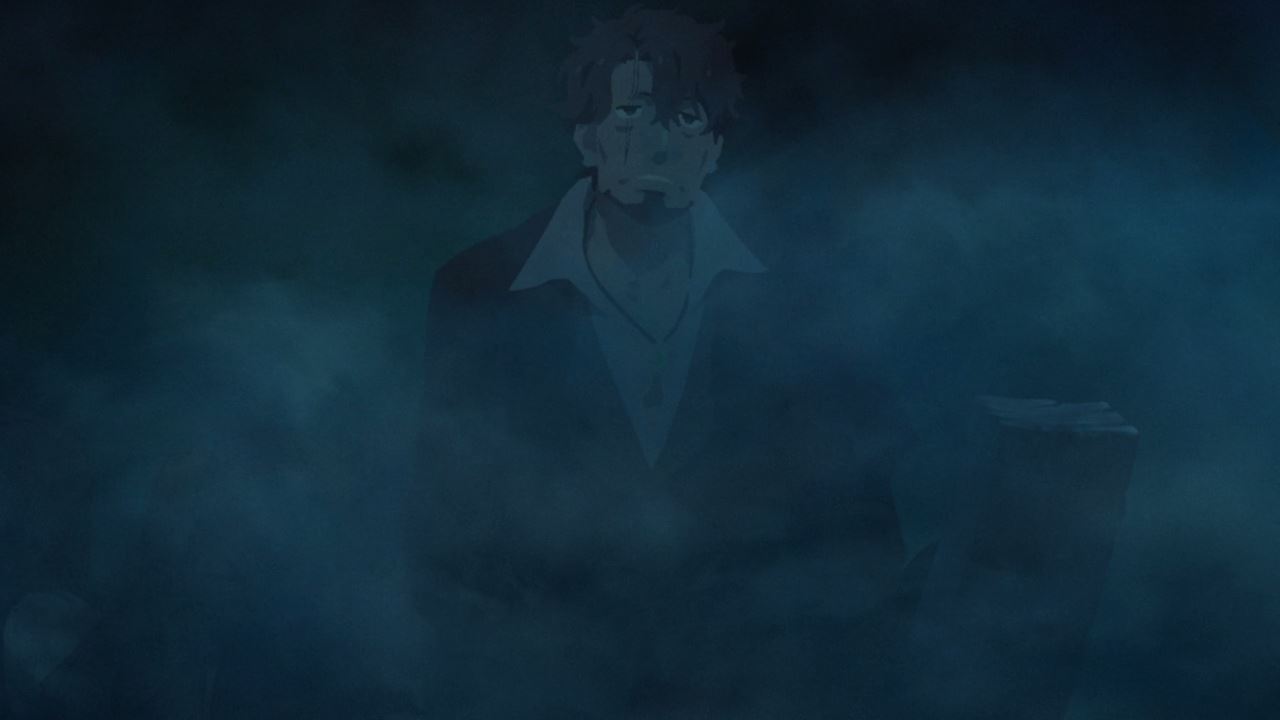 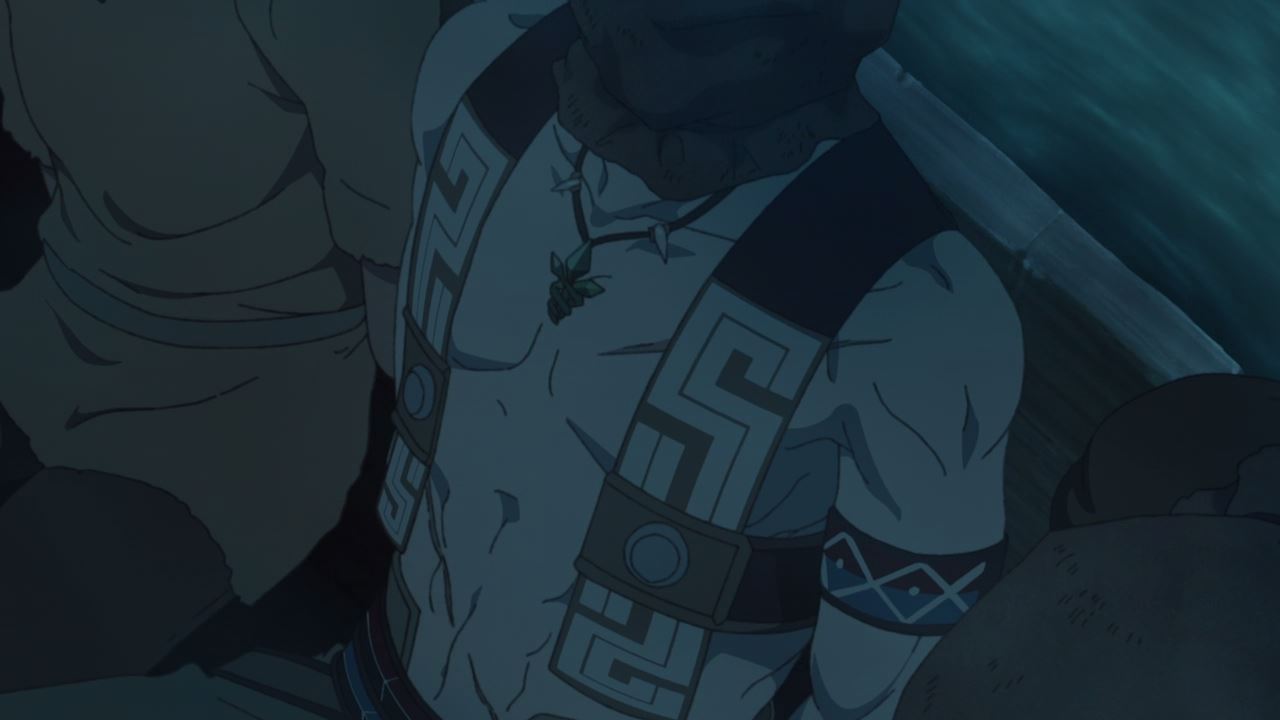 Anyways, here’s Gallus Cleaner where he’s taking Ruijerd Superdia to a group of smugglers in exchange for giving both Rudy and Eris a boat ride. 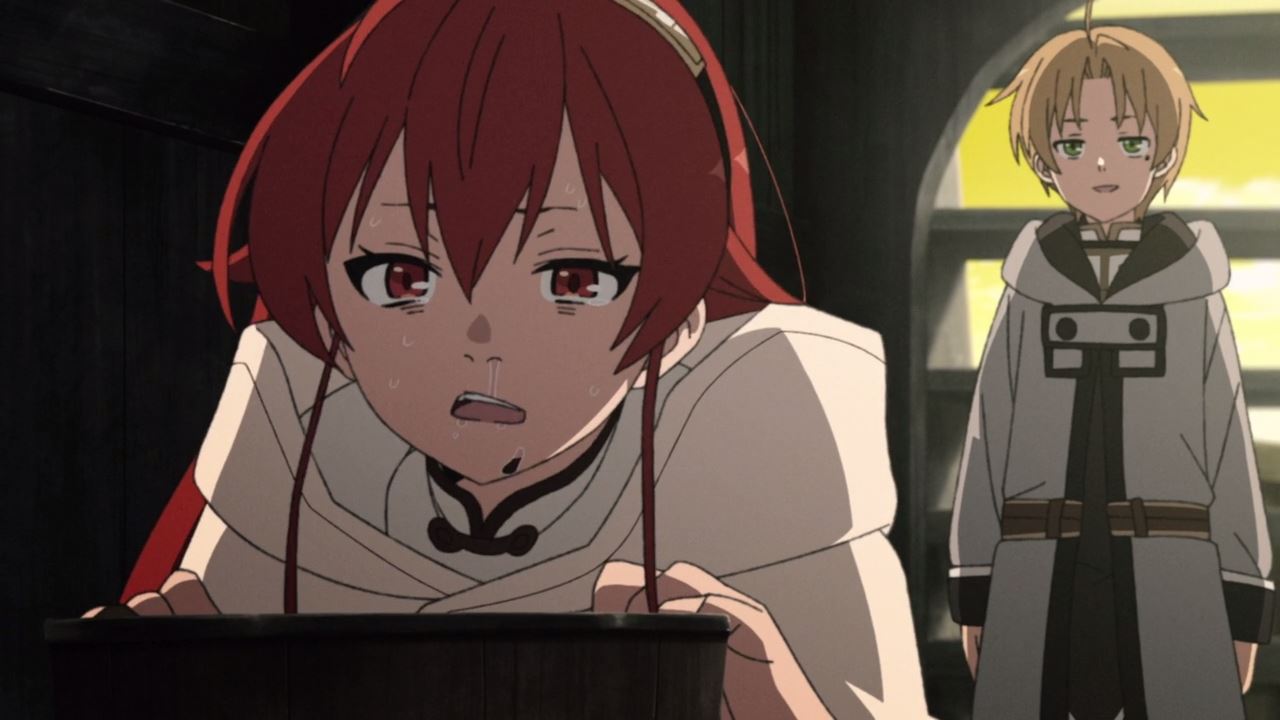 And speaking of both Eris and Rudeus, they’re already aboard where they’re heading to Millis Continent. It’s gonna be a long ride back home, although Eris is having a severe case of motion sickness.

By the way, they’re not gonna take another boat ride to Central Continent as Rudy must do a secret task once he and Eris arrive at Zant Port. 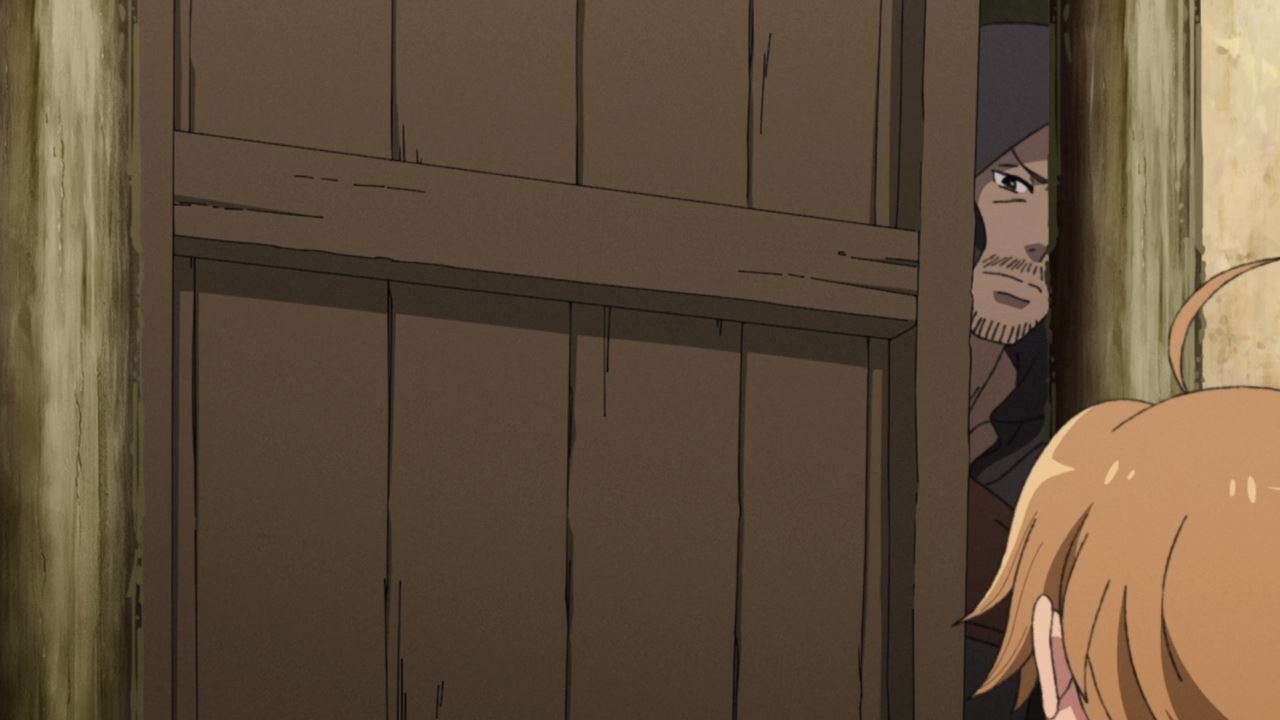 So while Eris is staying at inn to recover from her seasickness, Rudy goes to a secret hideout where he’s gonna retrieve Ruijerd Superdia. Let’s hope that he’s still alive. 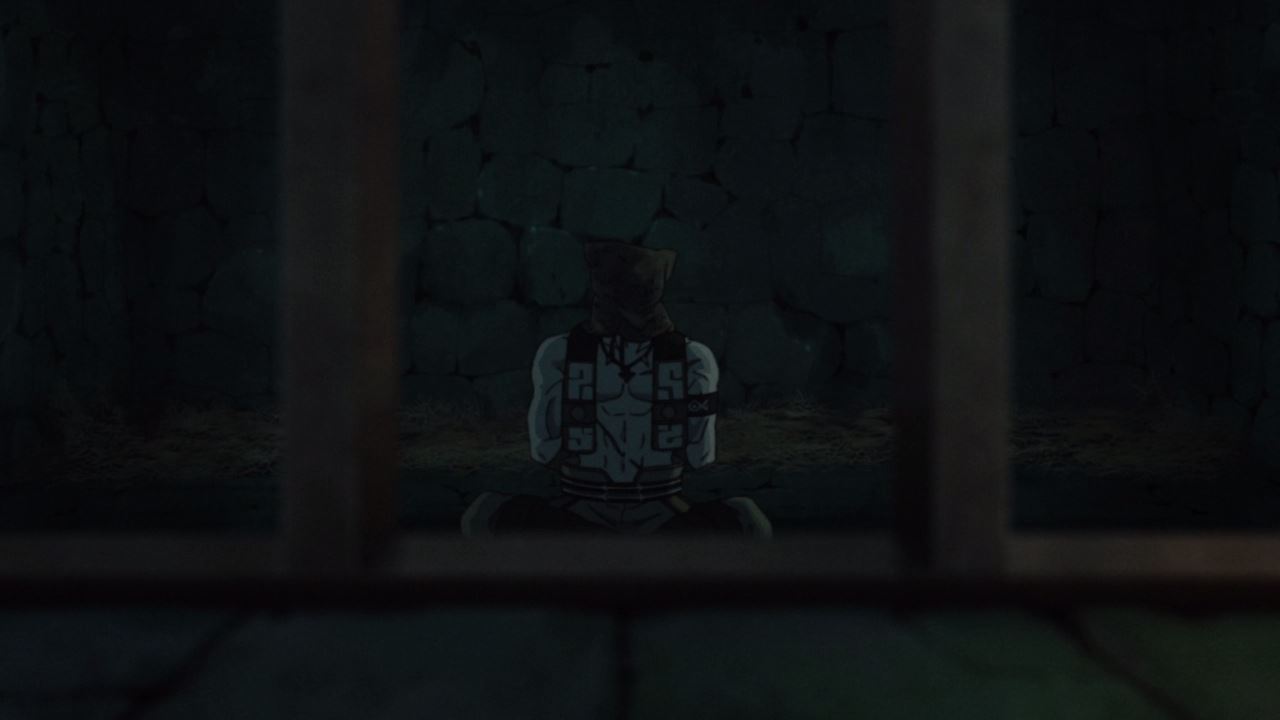 Fortunately, Ruijerd is still breathing, although he’s tied up and blindfolded. Anyways, it’s time for Rudeus to take Ruijerd home. 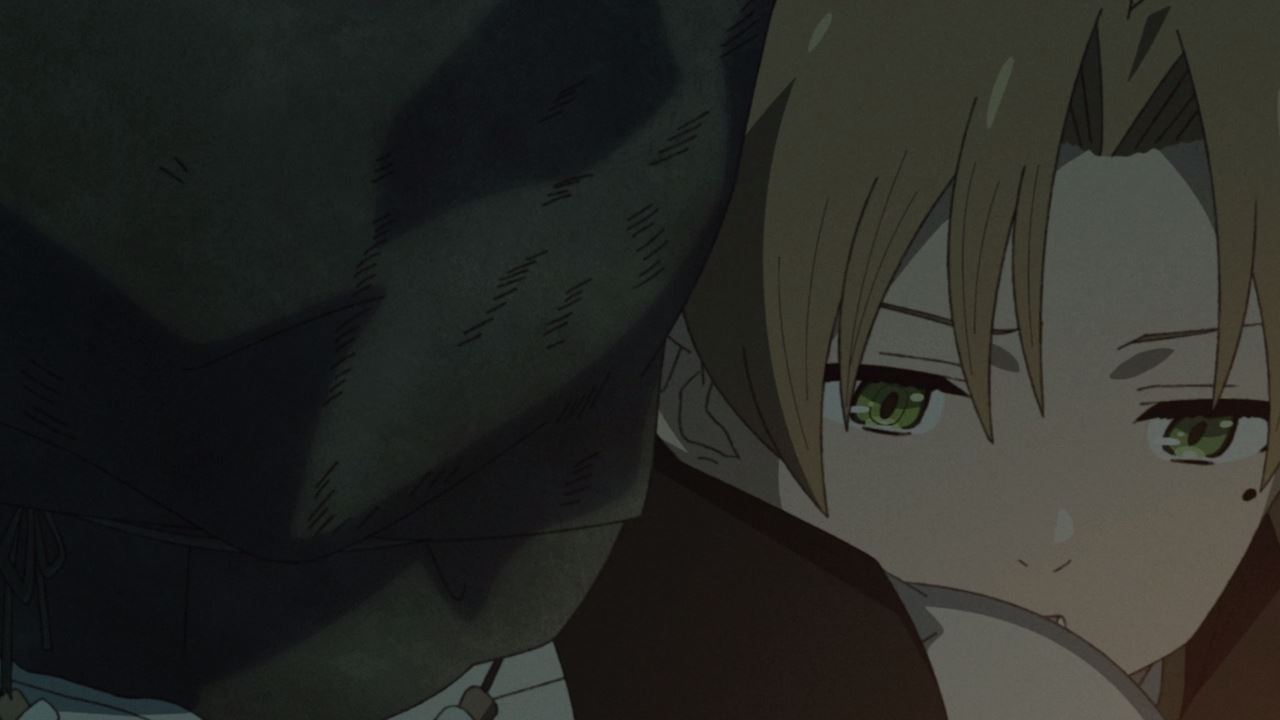 However, Ruijerd Superdia plans to liberate the beast children who are locked inside the cage.

While it’s a bad idea to kill the guards which will endanger Rudy, Ruijerd is determined to set those kids free. Well, I guess Rudeus have to believe in Ruijerd this time. 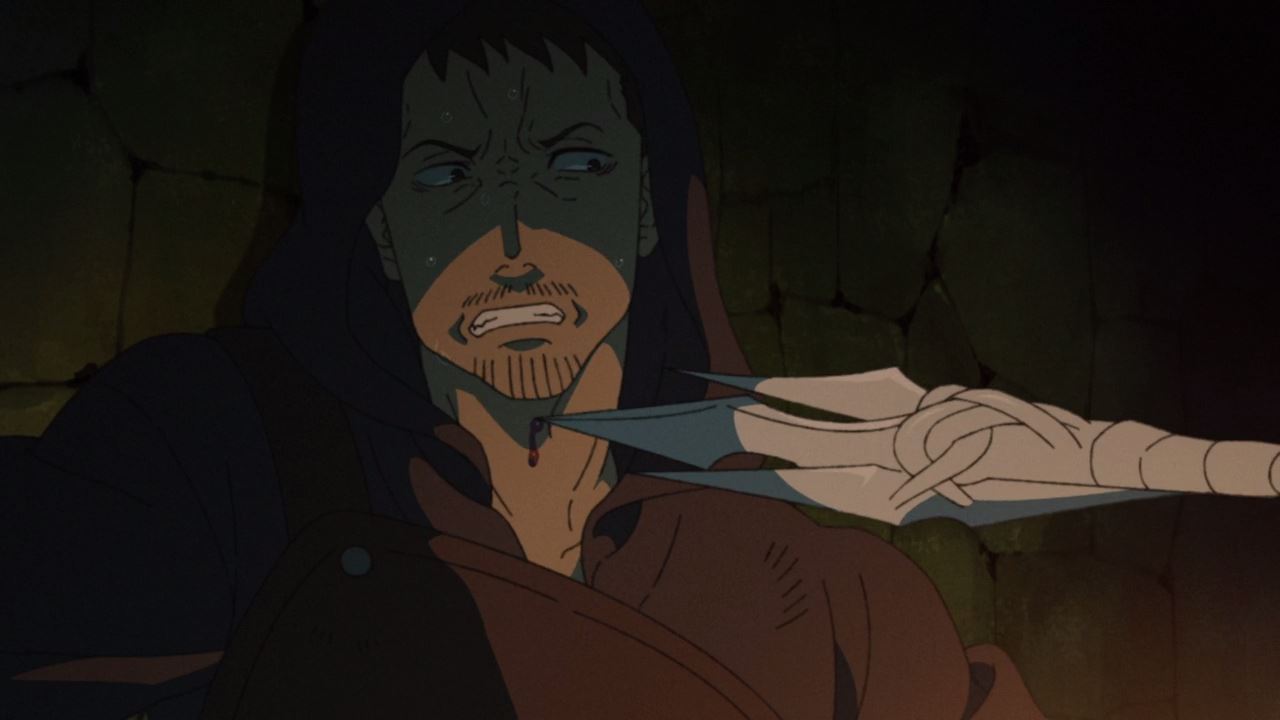 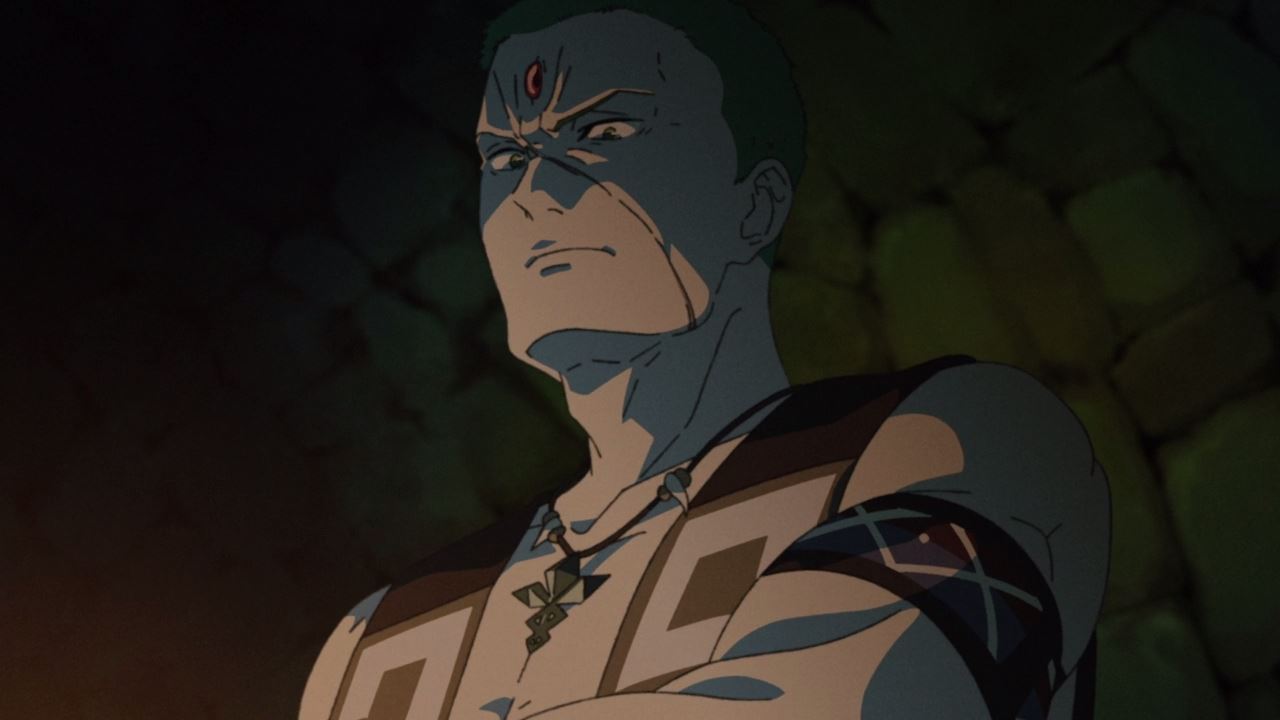 Anyways, Ruijerd Superdia went ahead and kill all the guards by himself. Come to think of it, how did Ruijerd got his green hair back ’cause he’s already shaved it bald? 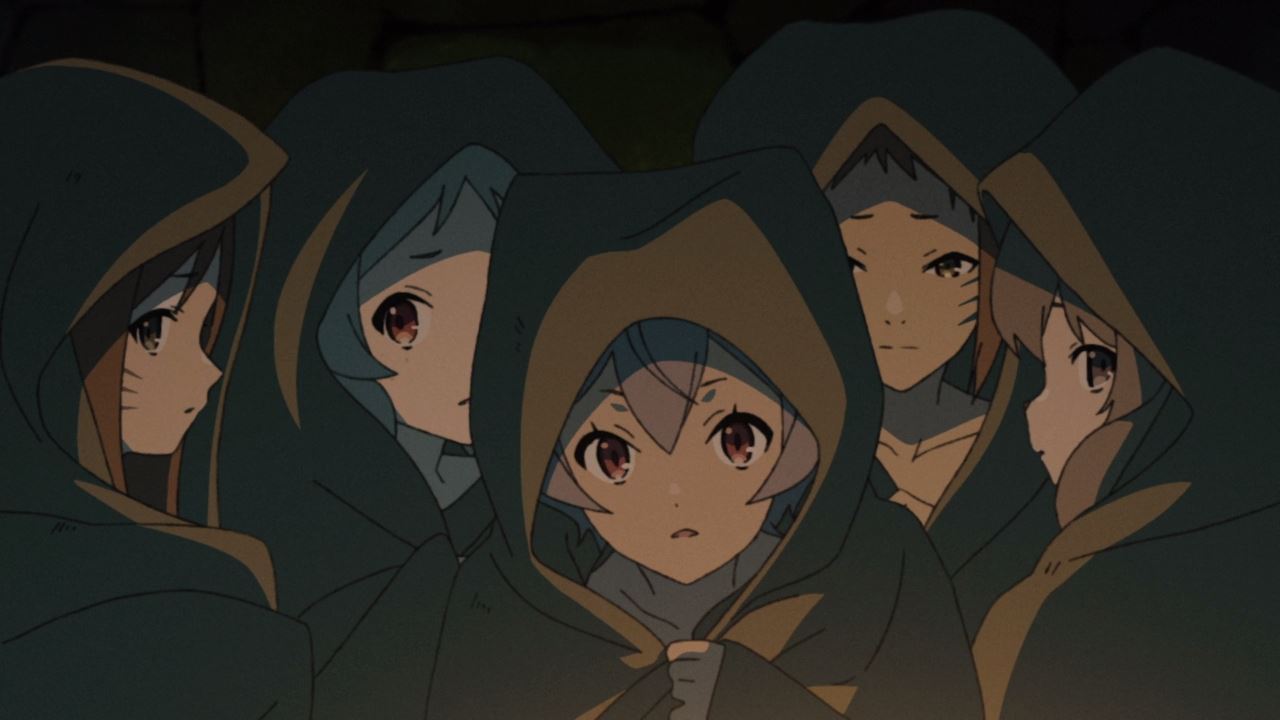 So while Ruijerd is busy killing those guards, Rudeus went ahead and free those beast children from captivity. Unfortunately, one of them died due to constant abuse. 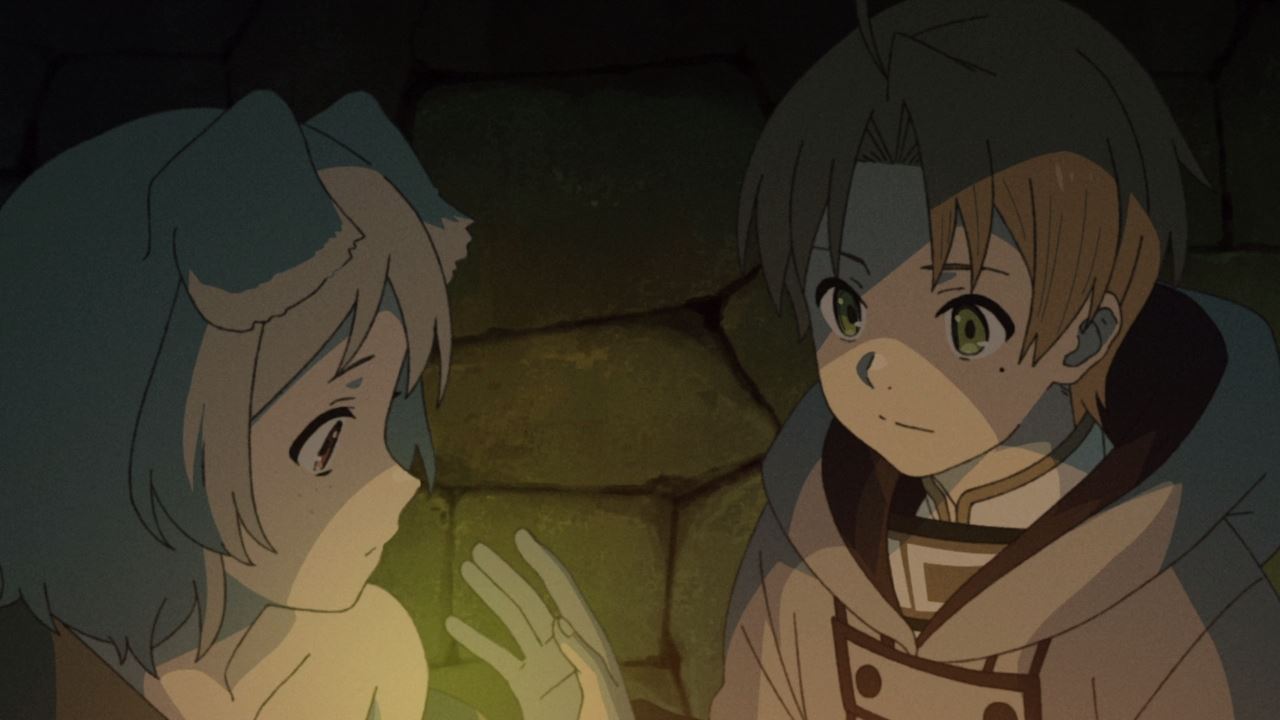 Regardless, Rudy save these beast children from becoming slaves as he healed their wounds. Still, he needs to do it fast ’cause some other guards might catch him. 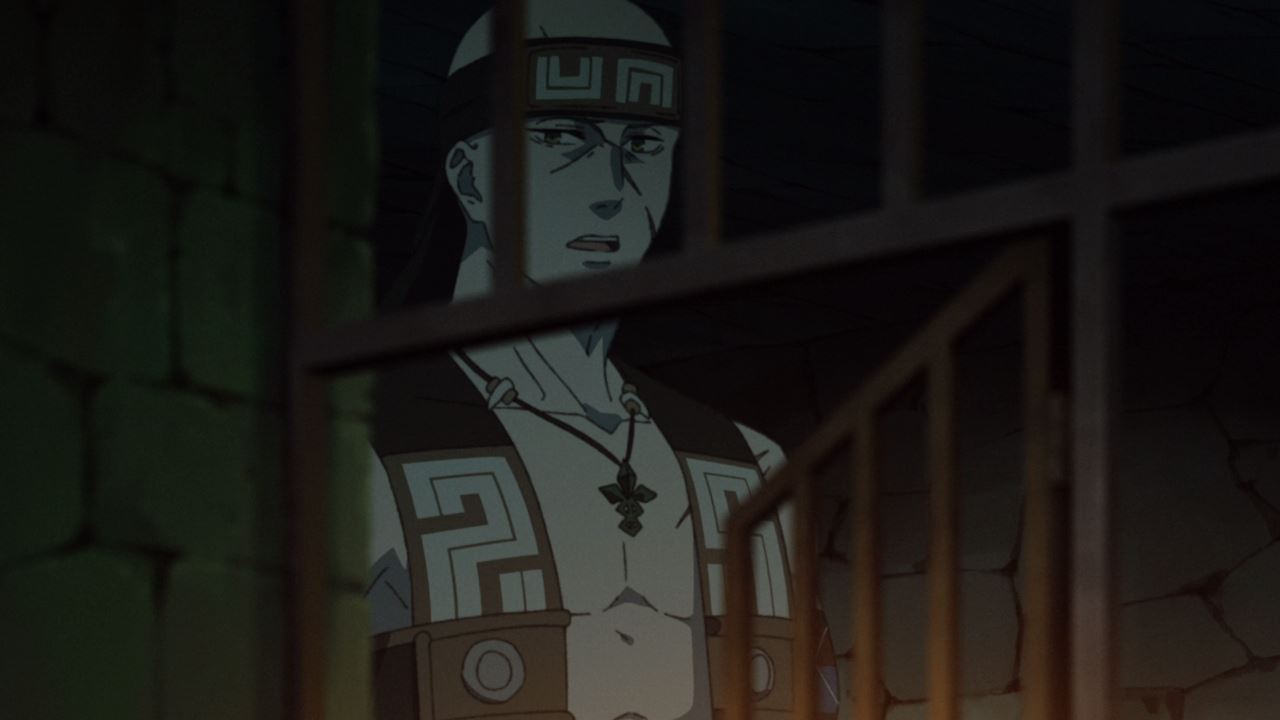 On second thought, Ruijerd Superdia already killed every single guard inside the dungeon. Also, how did he got bald so quick?

Honestly, I don’t know if the anime studio made an error, or the fact that Ruijerd has the ability to grow/shrink his hair at will.

Regardless, both Rudy and Ruijerd managed to set those beast children free. However, there’s one more person that needs to be rescued… 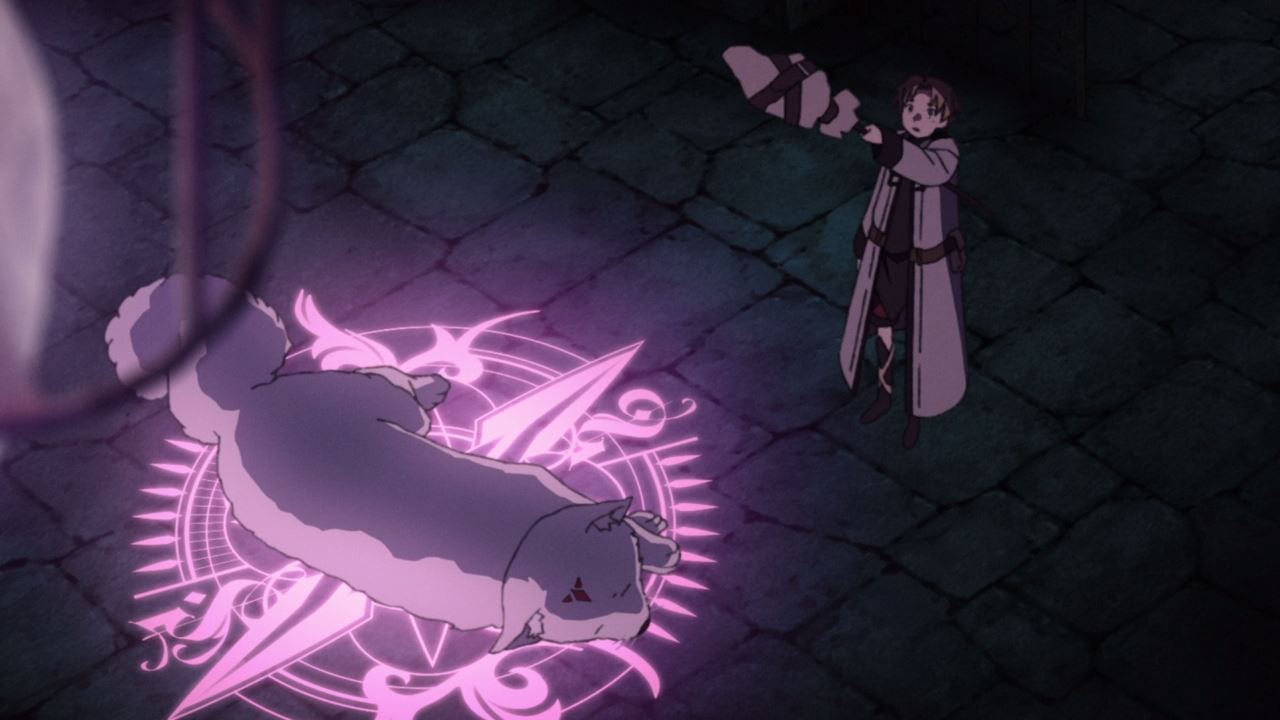 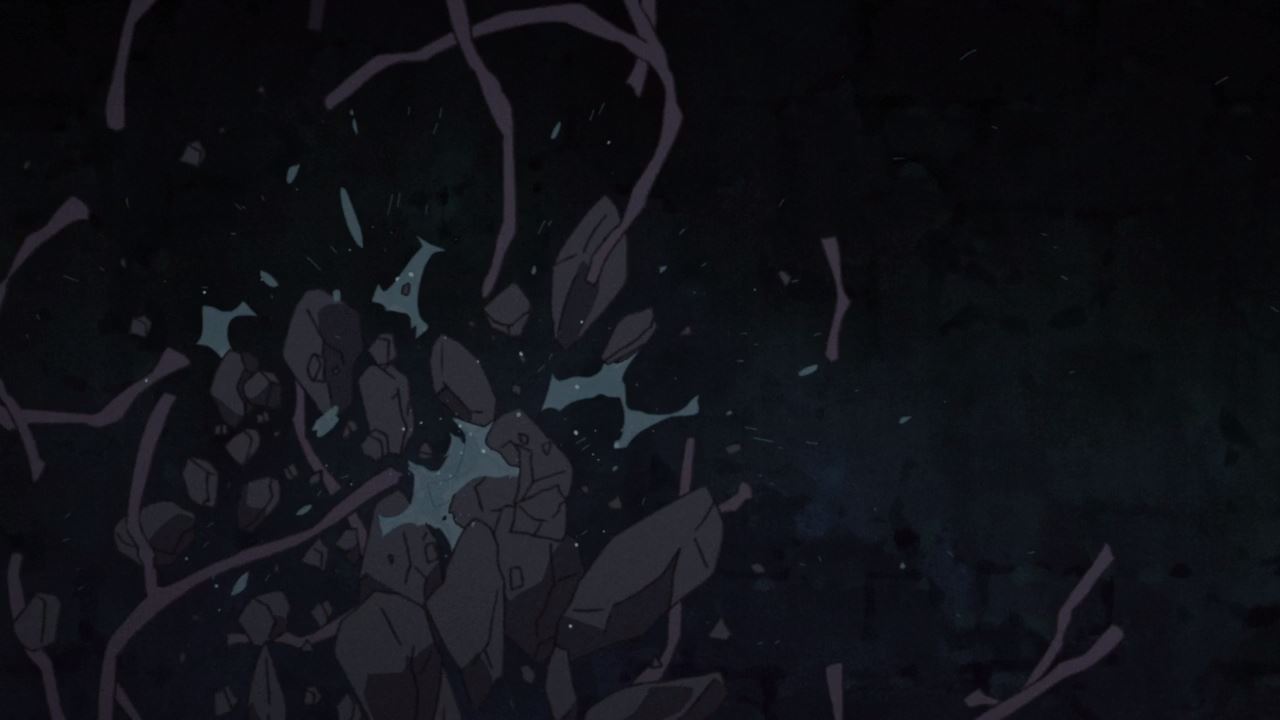 Well actually, it’s a wolf as Rudeus Greyrat managed to destroy the barrier device, meaning that the wolf is finally free. 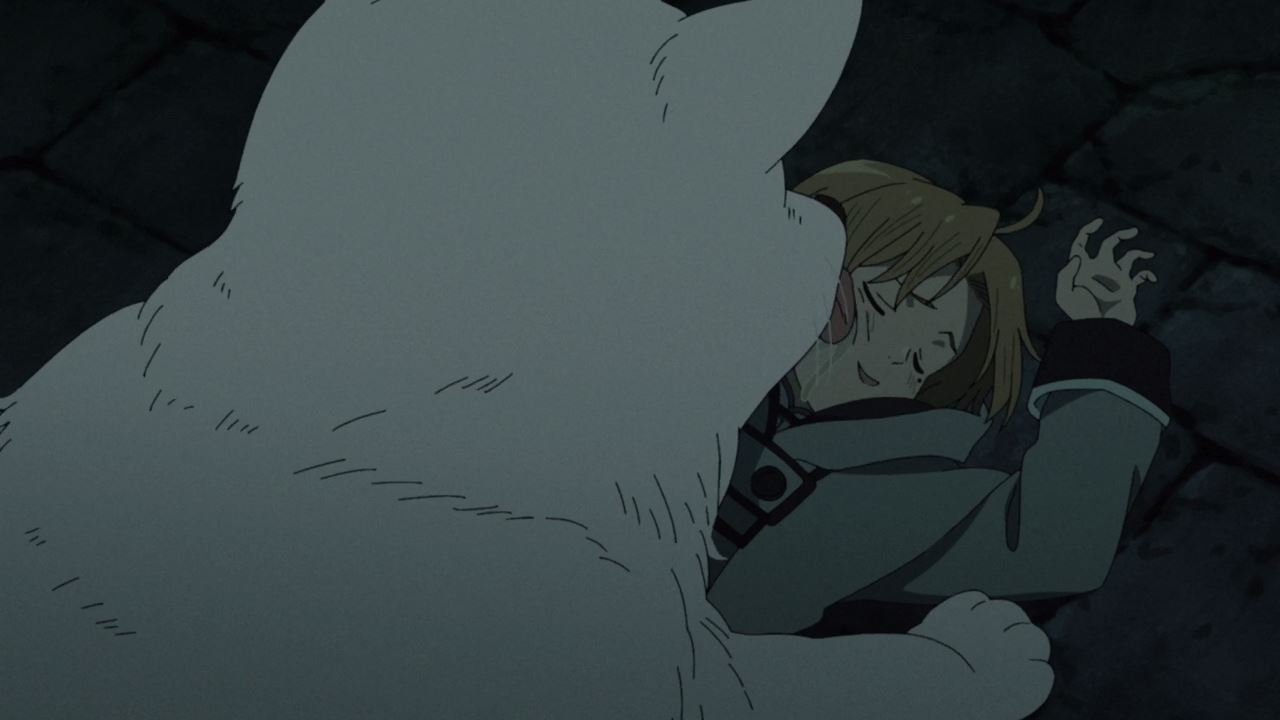 Not only that, but the wolf jumped towards Rudy. I guess the wolf is happy that Rudy saves it from captivity. 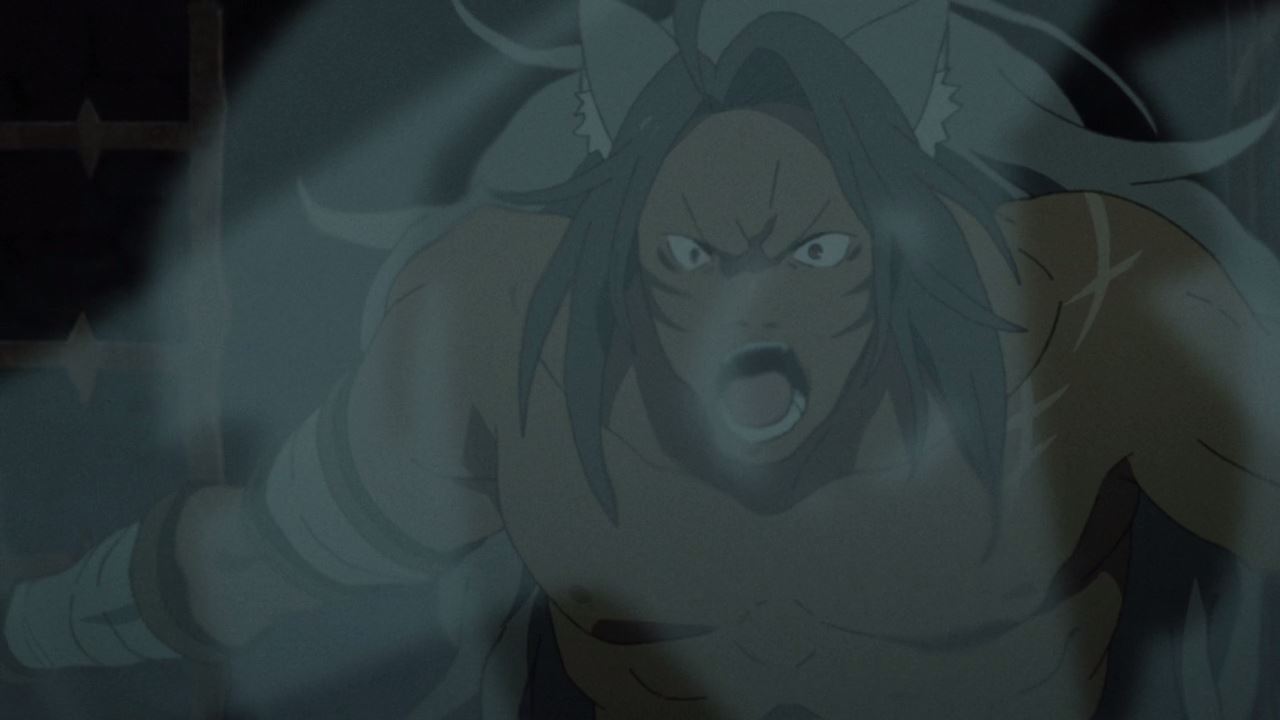 Unfortunately, a wolf man attacked Rudy upon seeing that the boy has conspired with the smugglers, even though the truth is that Rudeus is the one who save the beast children and the wolf. 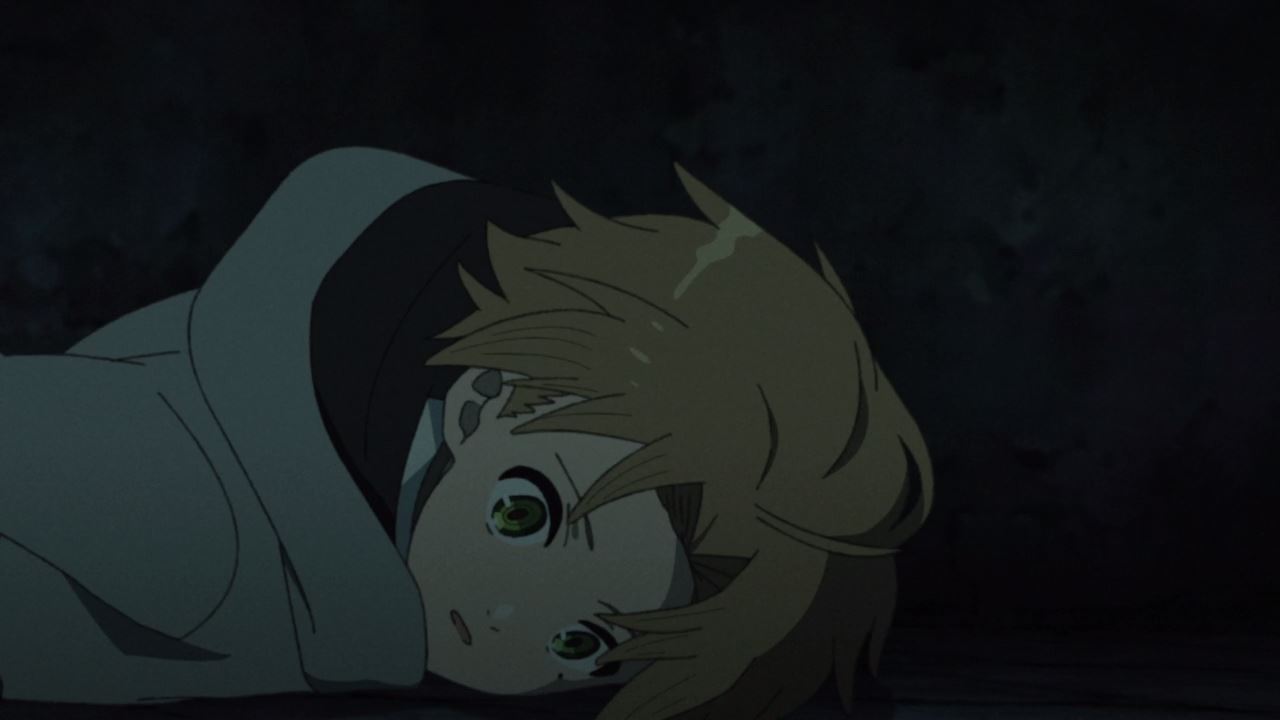 But anyways, looks like Rudy got knocked down due to a case of miscommunication. Of course, I’m worried that Ruijerd might come back and attack the wolf man for hurting Rudeus.

With that said, I’ll see you next time and while I’m hoping that he’s safe from harm, I forgot that Eris is still at an inn all by herself. Man, I’m scared that she’s vulnerable due to her motion sickness…