Tsuki to Laika to Nosferatu Episode #02 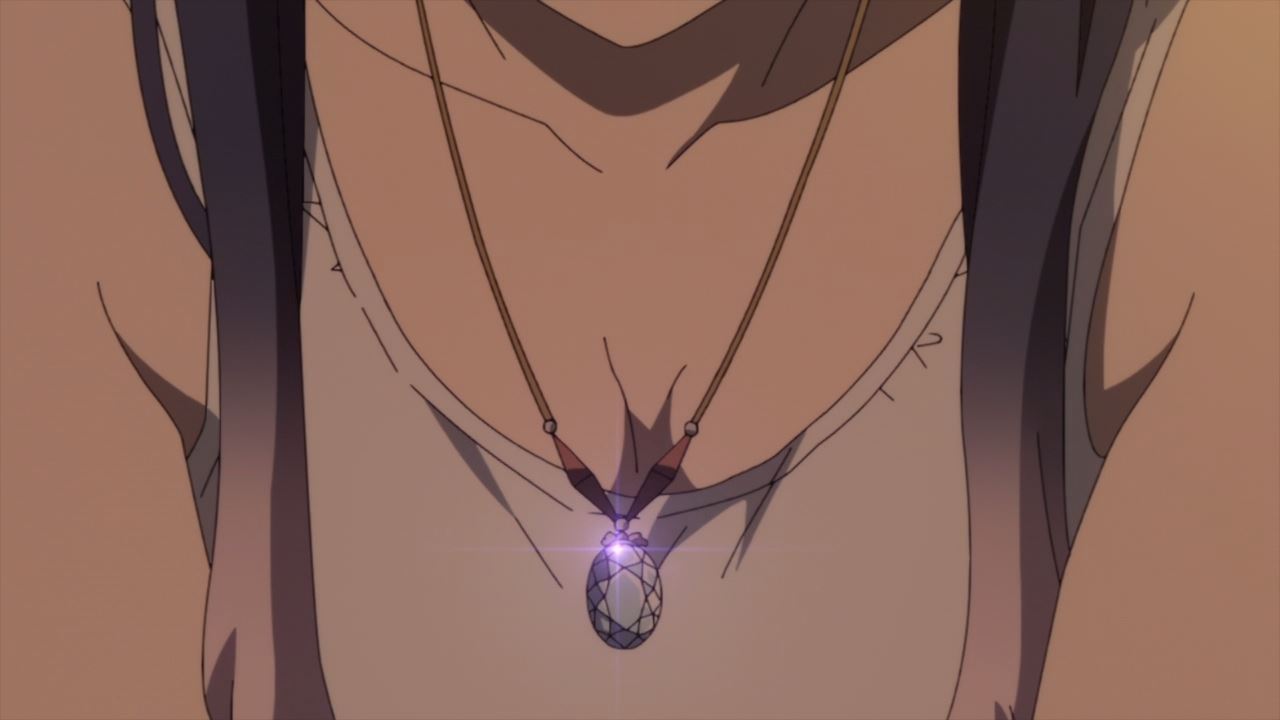 Let’s start things off with Irina Luminesk’s pendant where it’s linked to her vampire heritage or a memento to a fallen friend. Honestly, Irina is still mysterious to me. 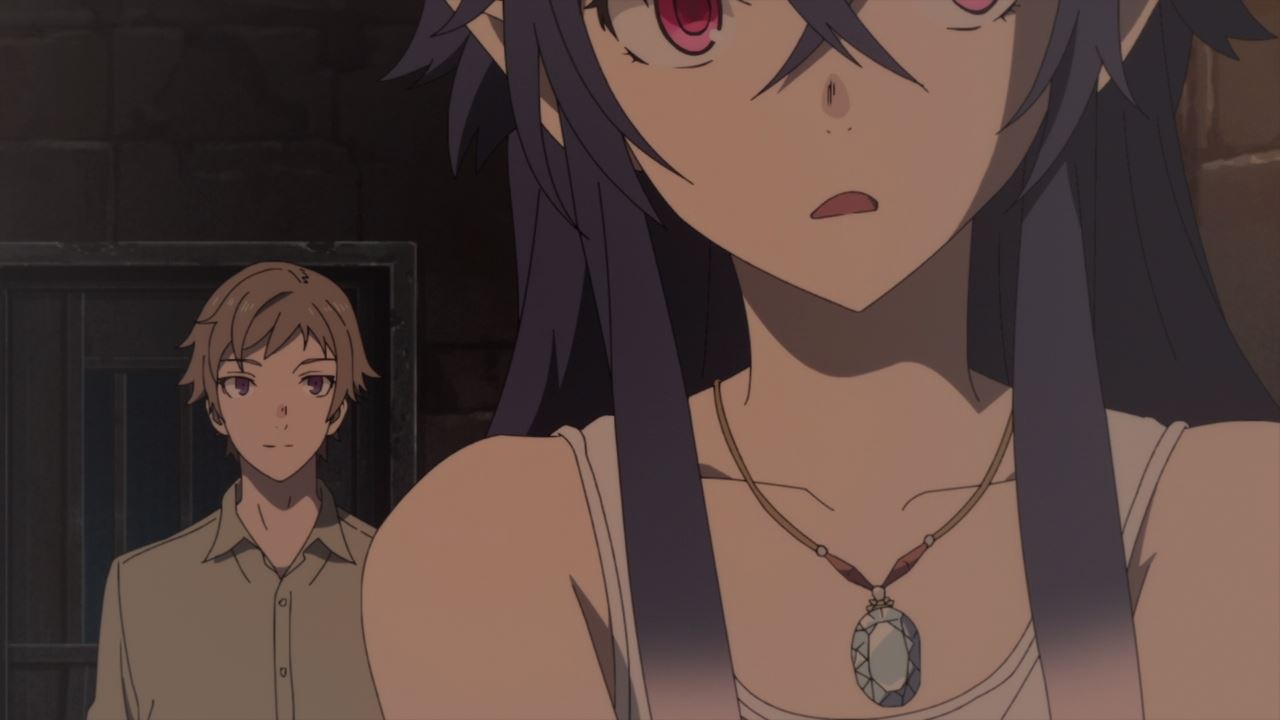 Of course, Irina doesn’t want anyone, including Lev Leps, touching her pendant as she kept it inside her coffin. But anyways, it’s time for her training to become a cosmonaut. 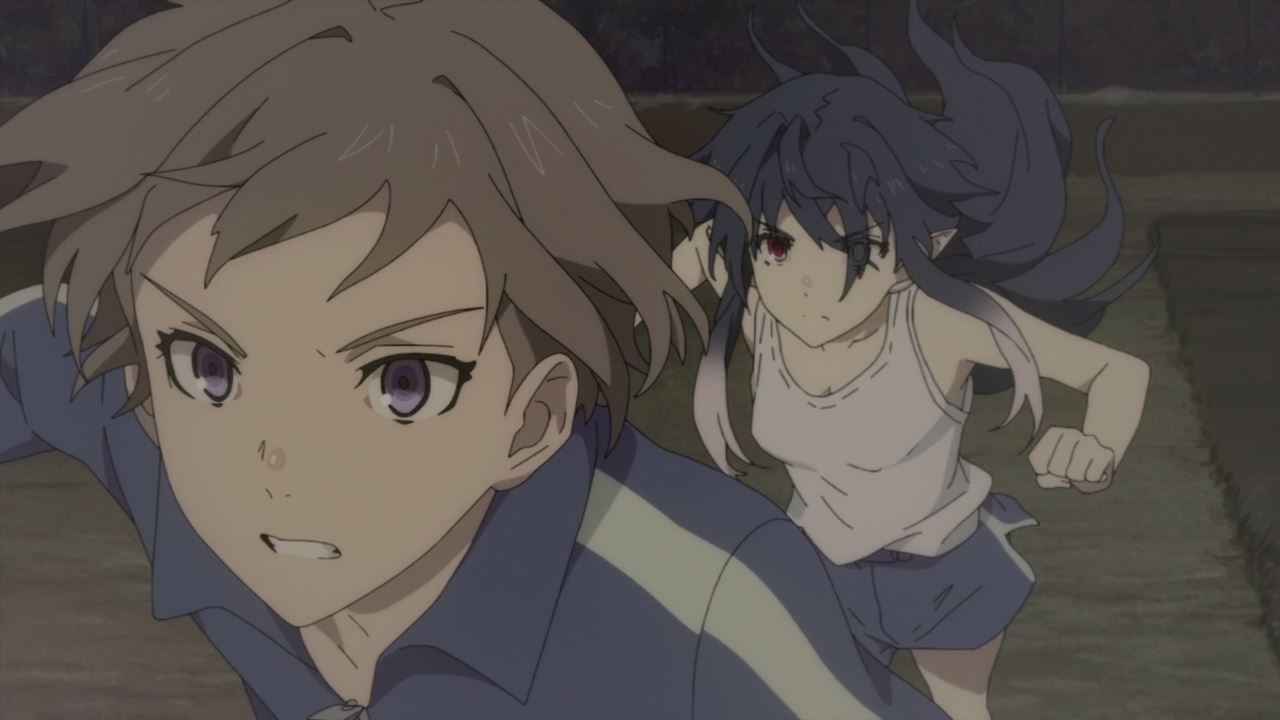 Then again, it appears that Irina Luminesk is giving her all on her first day, especially when racing against Lev Leps. 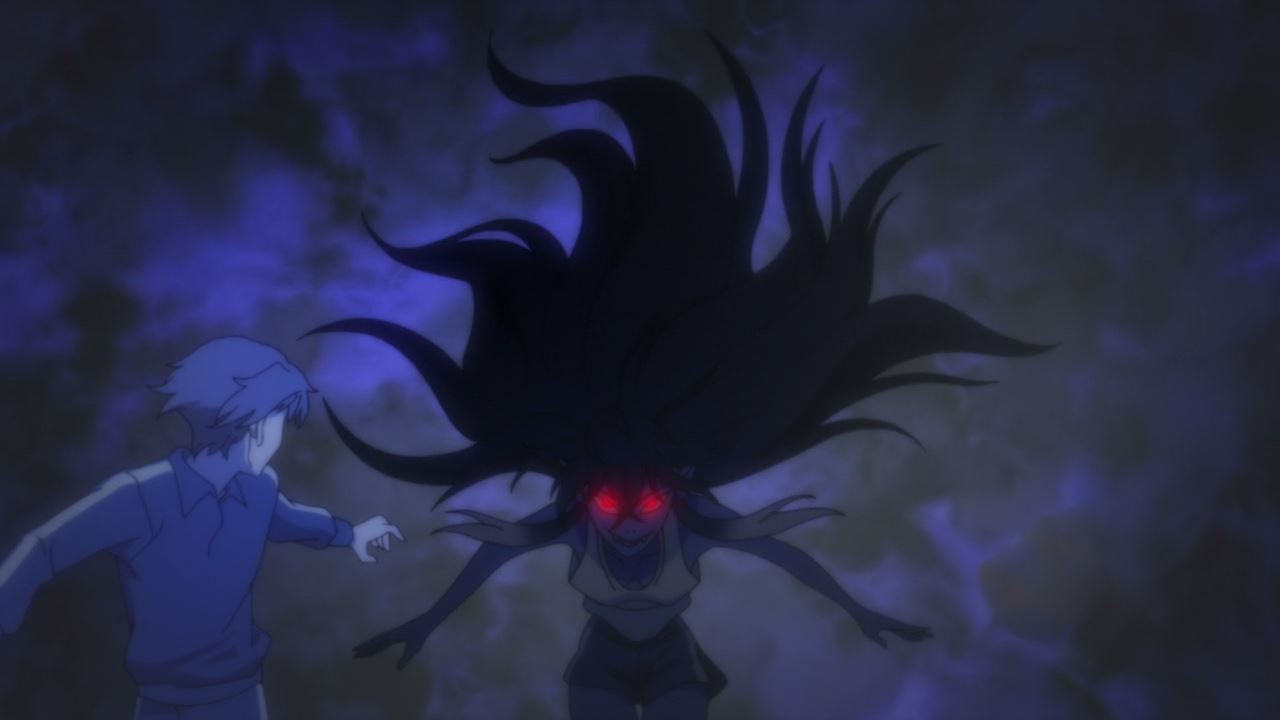 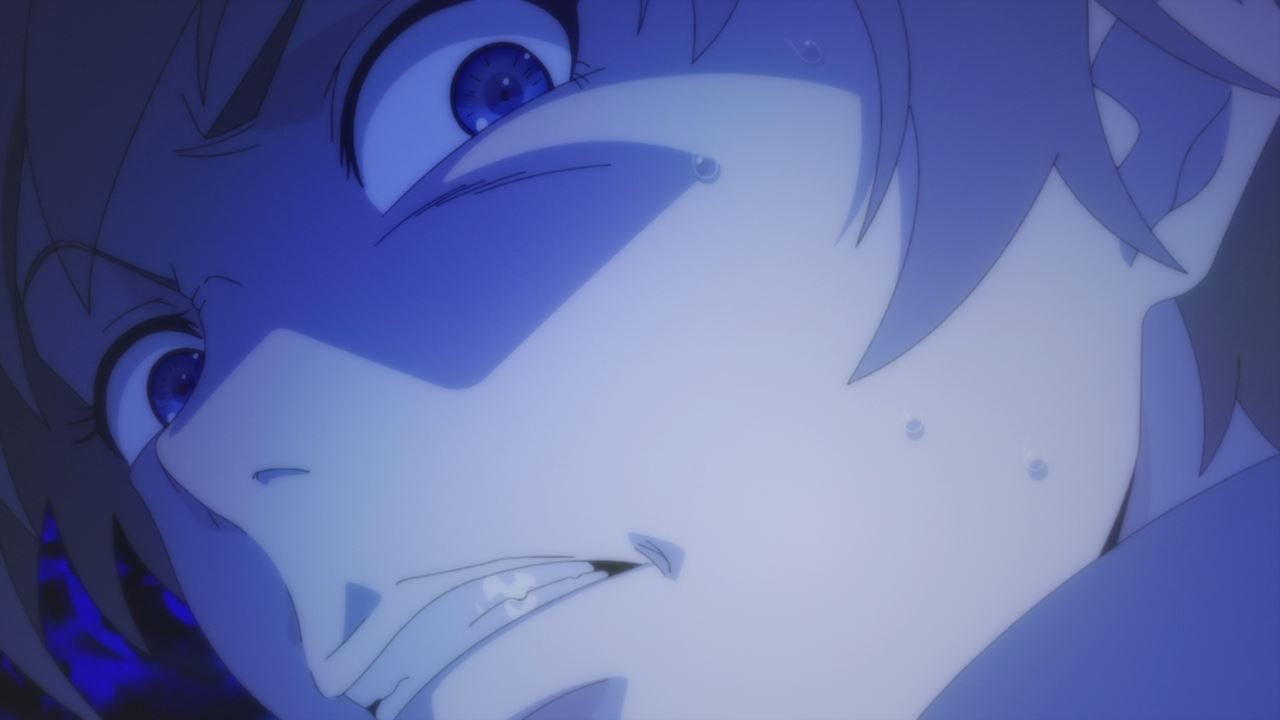 But speaking of Lev, let’s not forget that he’s dealing with a vampire that might suck his blood, but the truth is that Irina drinks goat blood in which she only did it once on her 10th birthday. 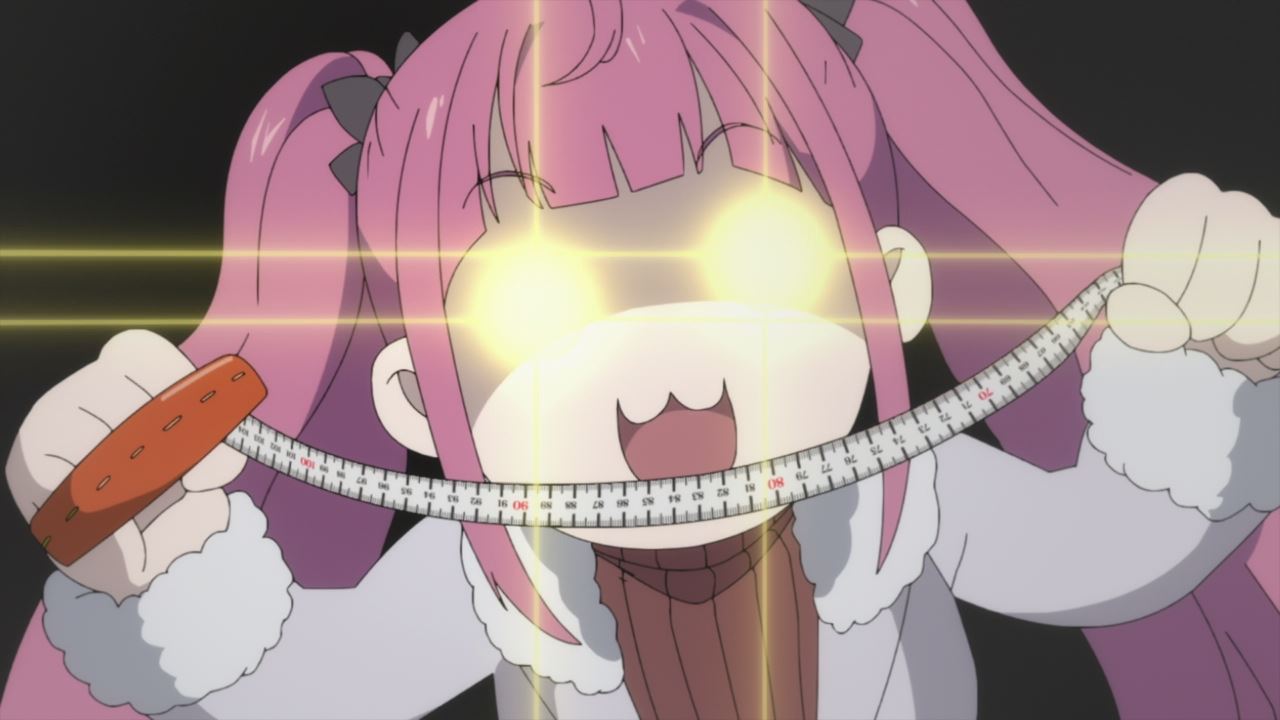 After a warm-up jog, it’s time for Anya Simonyan to measure the vampire’s three sizes. C’mon, she’s doing it so that Irina’s cosmonaut suit is a perfect fit. 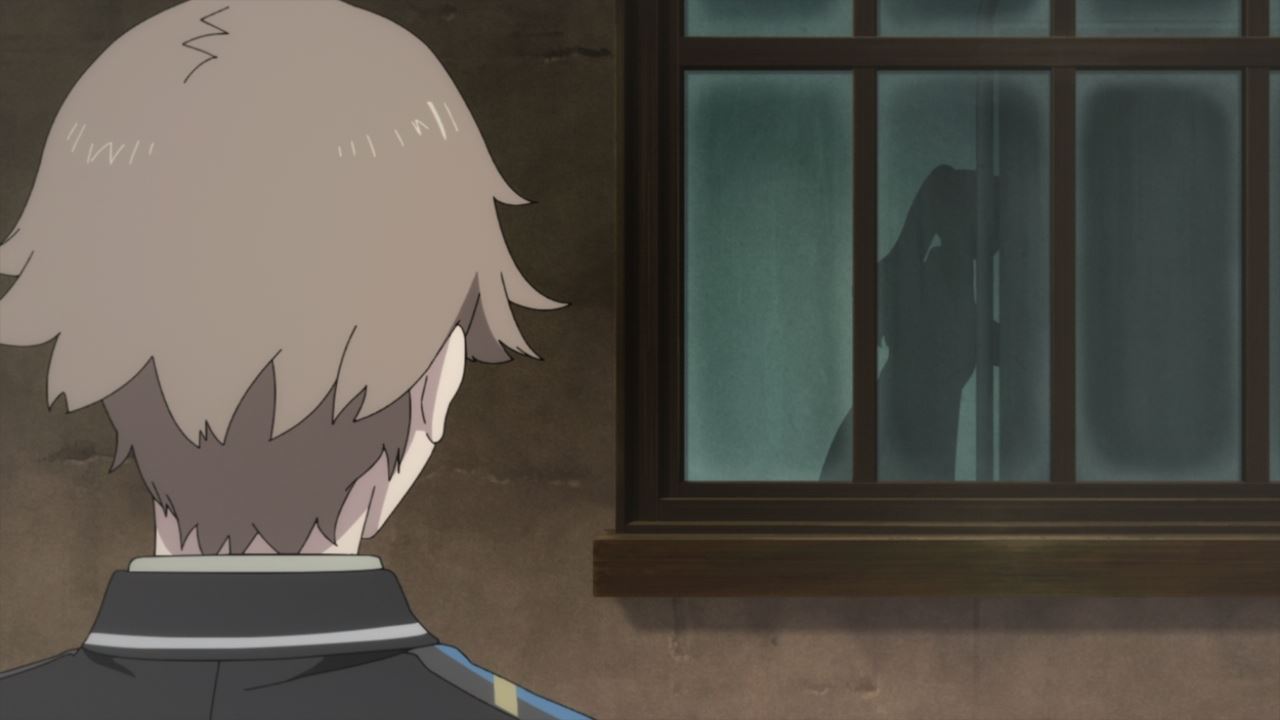 Of course, Lev wants to peek at Irina’s naked body but then again, his peers and superiors might call him a perverted scumbag. 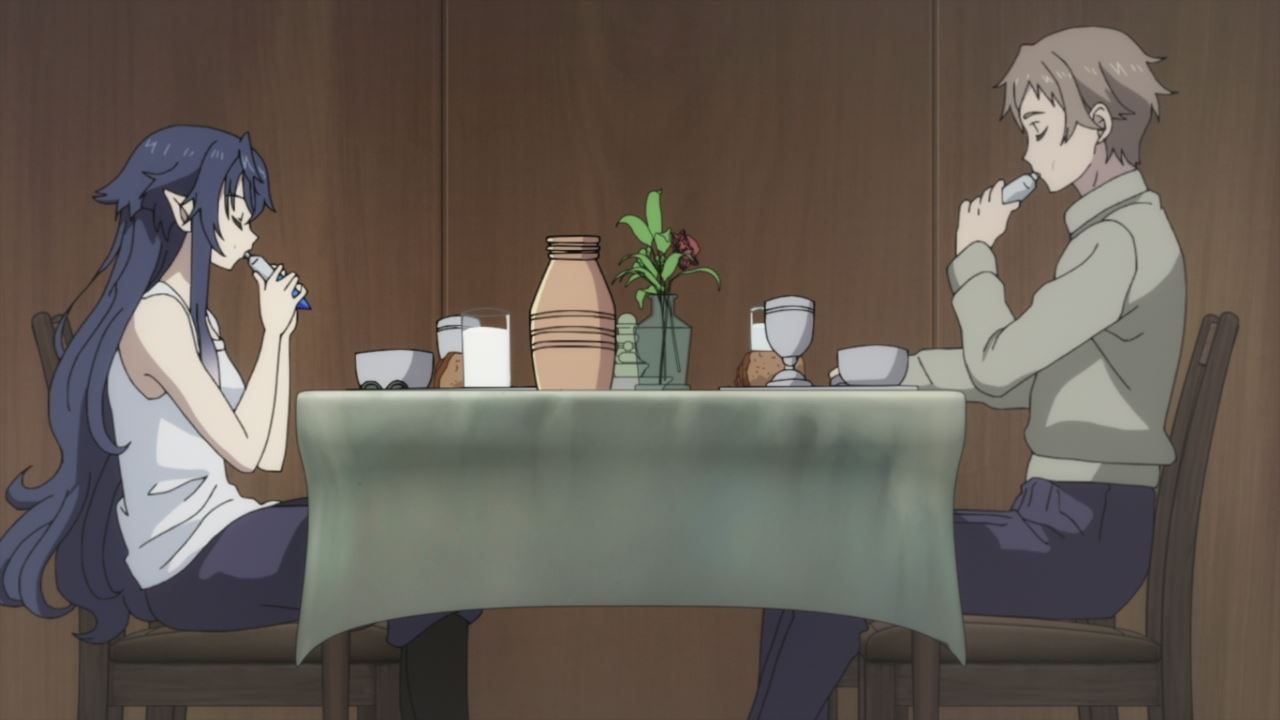 Now then, here’s both Irina and Lev where they eat some space food, which is stored in toothpaste-like tubes.

Unfortunately, eating it is very unpleasant as Lev tries to endure the foul taste, but not for Irina where she’s fine eating space food as the vampire doesn’t taste anything. 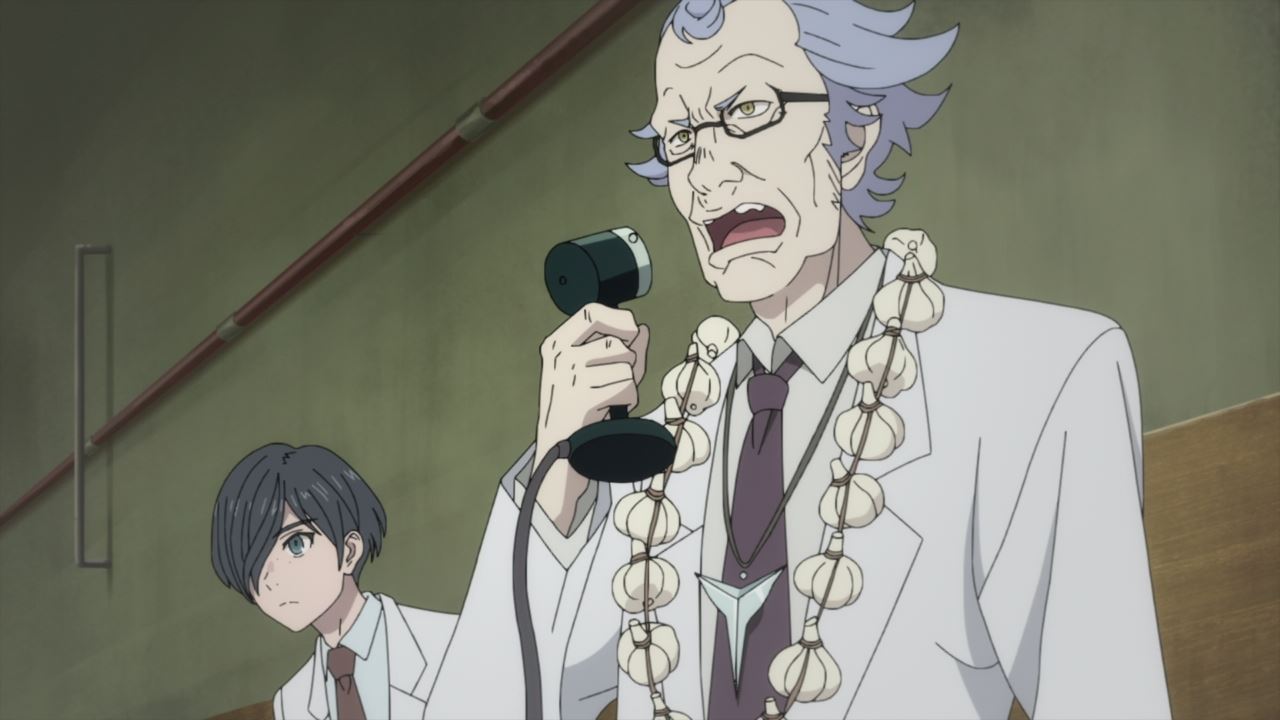 Now comes the hardest part which is the actual cosmonaut training in which candidates must endure their bodies to high heat and gravity.

While Lev Leps and his fellow candidates have some limits and therefore stop the training whenever they’re not feeling well, Vice-Director Sagalevich and his assistant Franz will intensify Irina’s training up to eleven.

Well the truth is that Franz is concerned about Irina’s well-being, but Sagalevich doesn’t care because not only he’s superstitious towards vampires (hence wearing a cross and a garlic necklace), but he treat Irina Luminesk as some guinea pig. 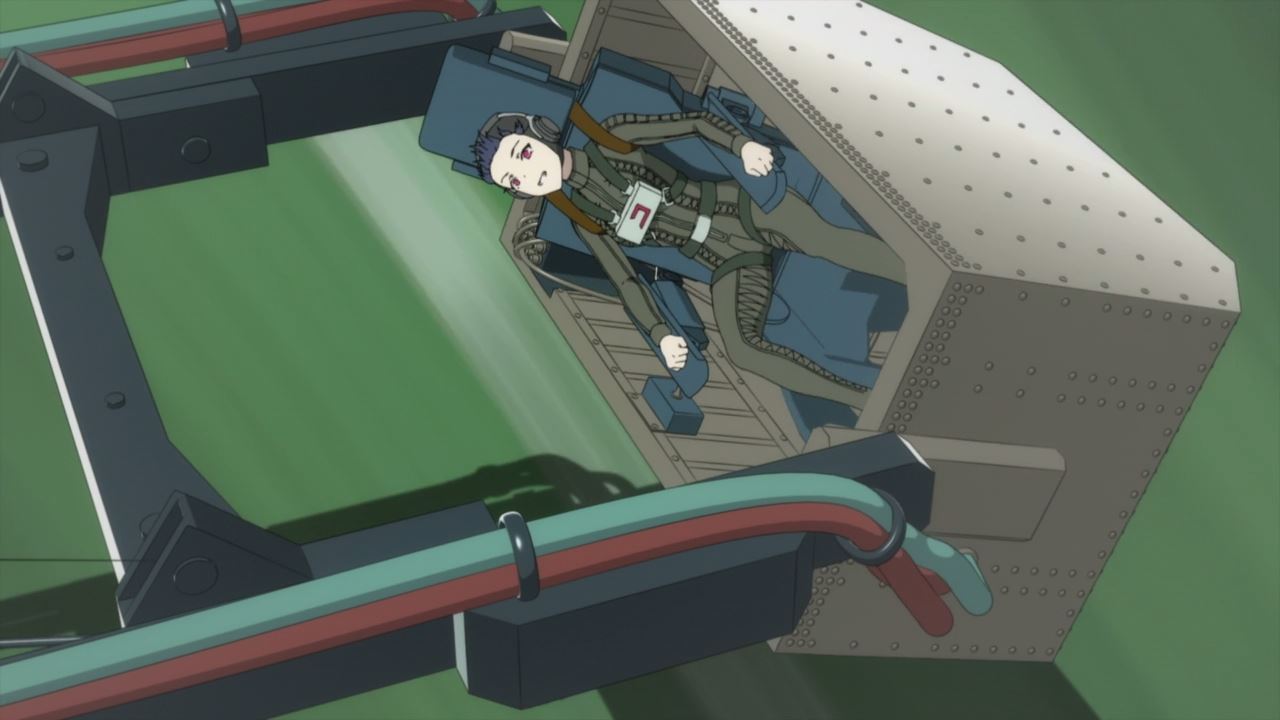 But anyways, Irina Luminesk took the training without any complaints, although the truth is that she got hurt a little bit. I guess the facilitators tighten up her seat belt in addition to increasing the centrifugal speed. No other human can survive that! 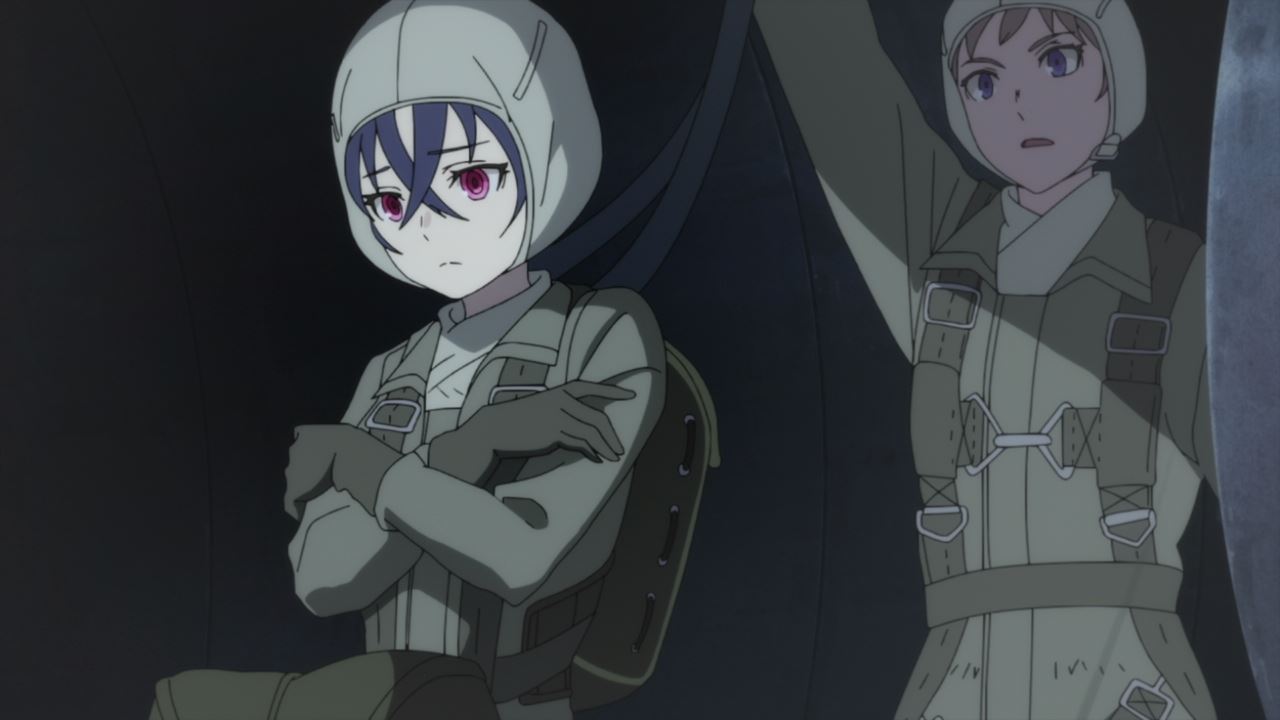 After that grueling session about both the sauna room and the centrifuge, it’s time for the parachute training where it’s required by cosmonauts to land safely.

However, there’s a problem as Irina is scared of heights as her legs are trembling. Really surprised that despite taking all the abuse, this vampire has acrophobia. 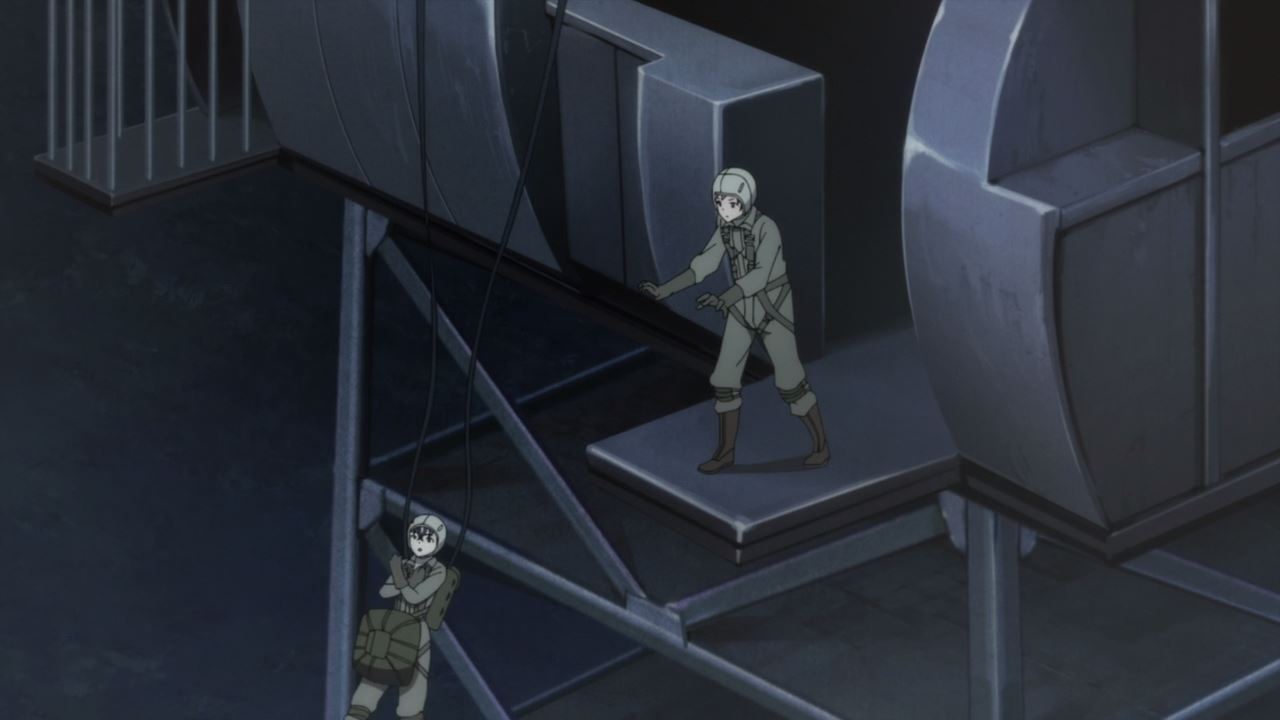 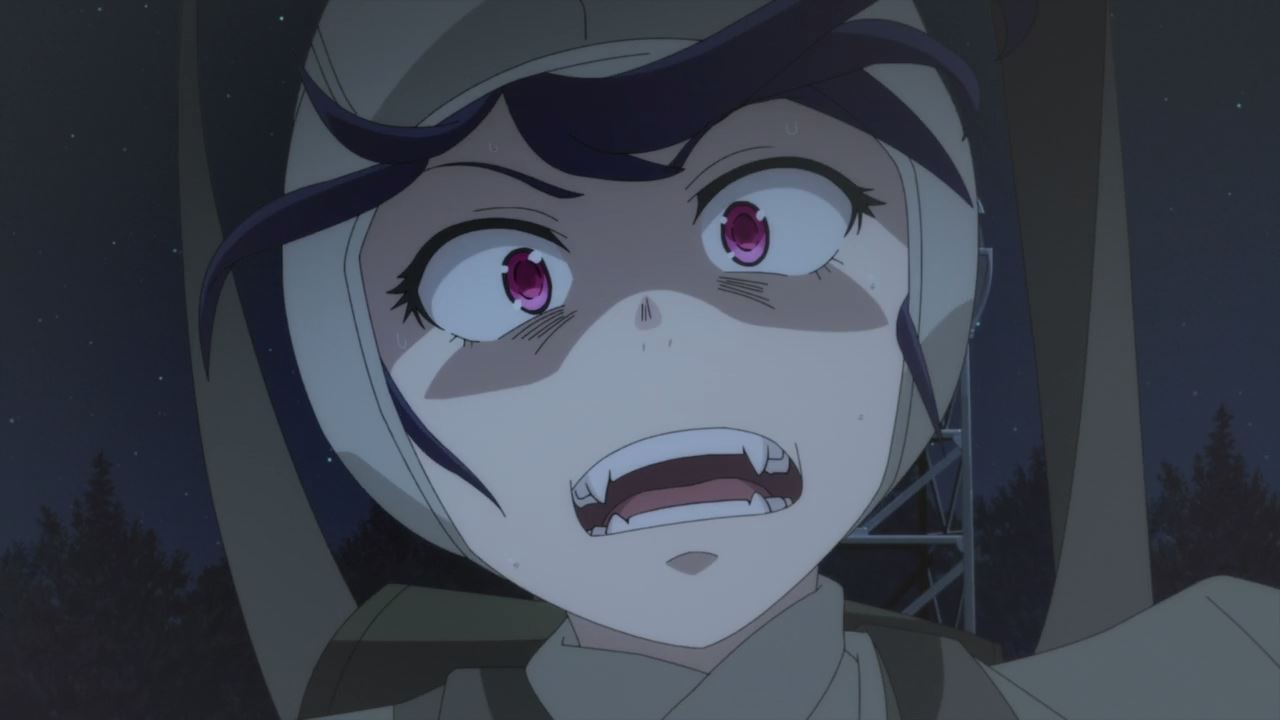 Still, Lev doesn’t want Irina to tremble in fear in an actual mission as he pushed the vampire down. Man, she really have that terrified face when going down the zip line. 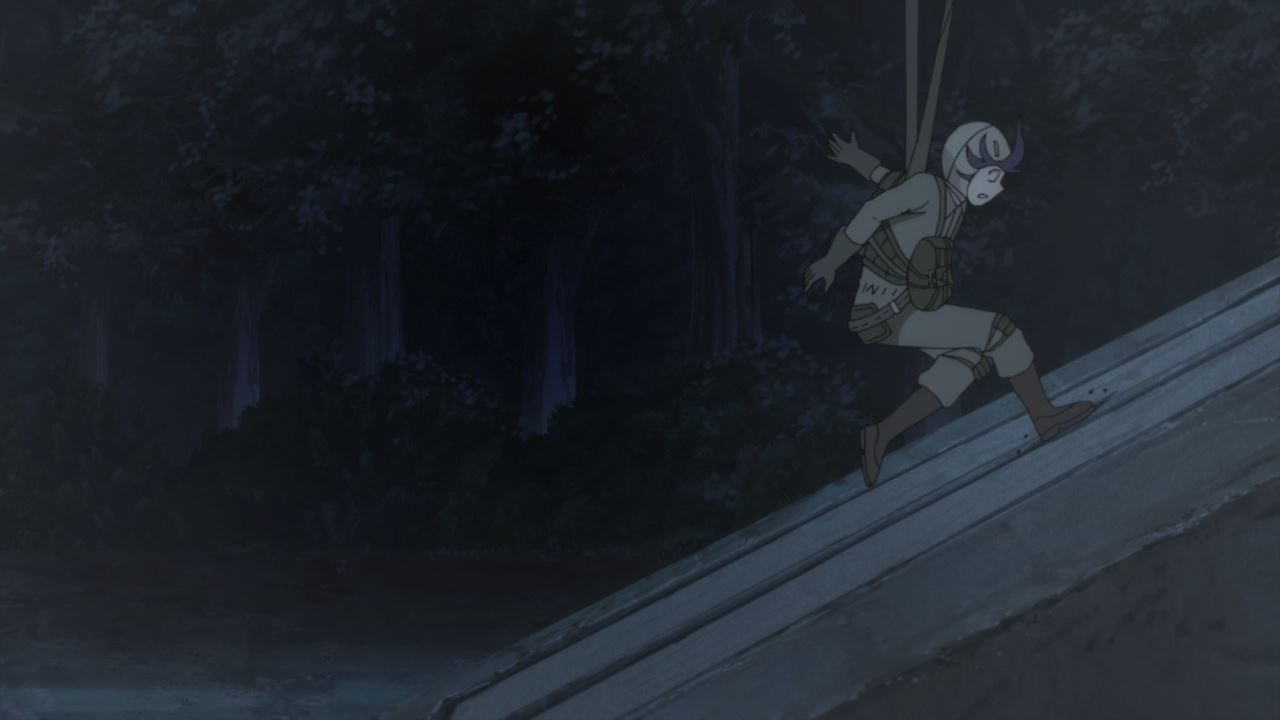 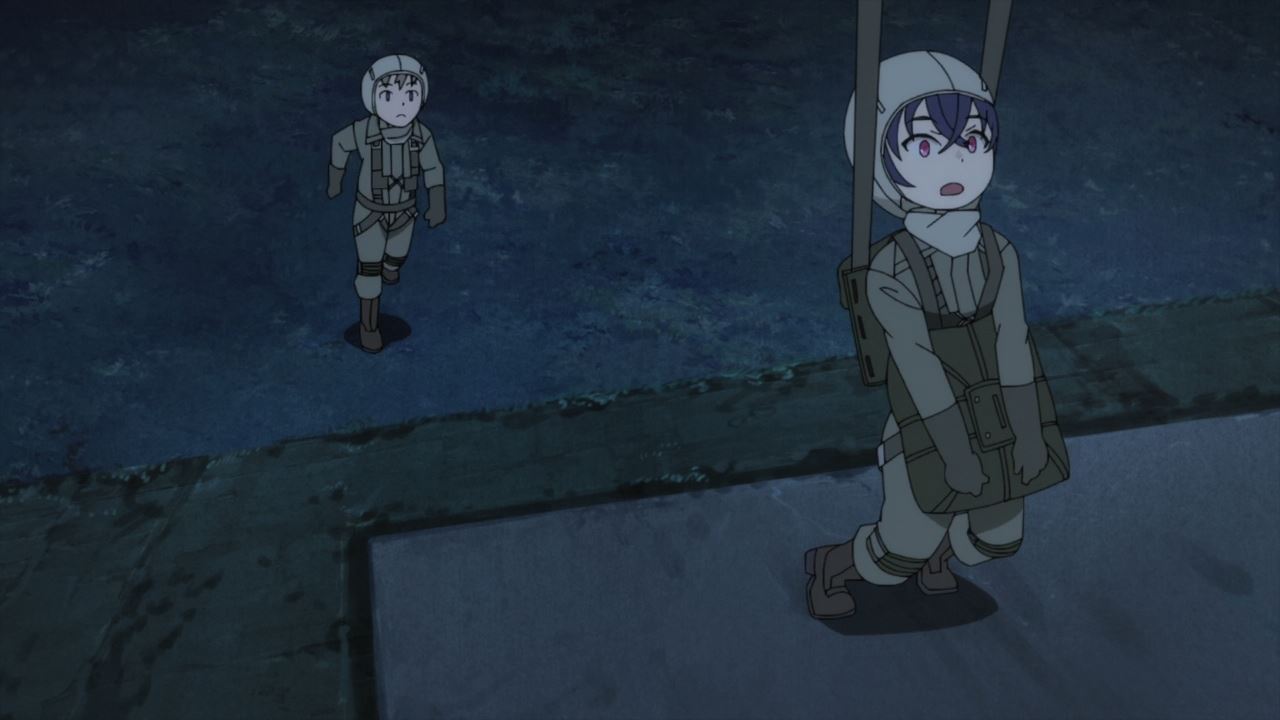 Anyways, looks like Irina Luminesk’s energy went down the drain after landing towards the ground. Honestly, I feel bad for Irina on her first day in training. 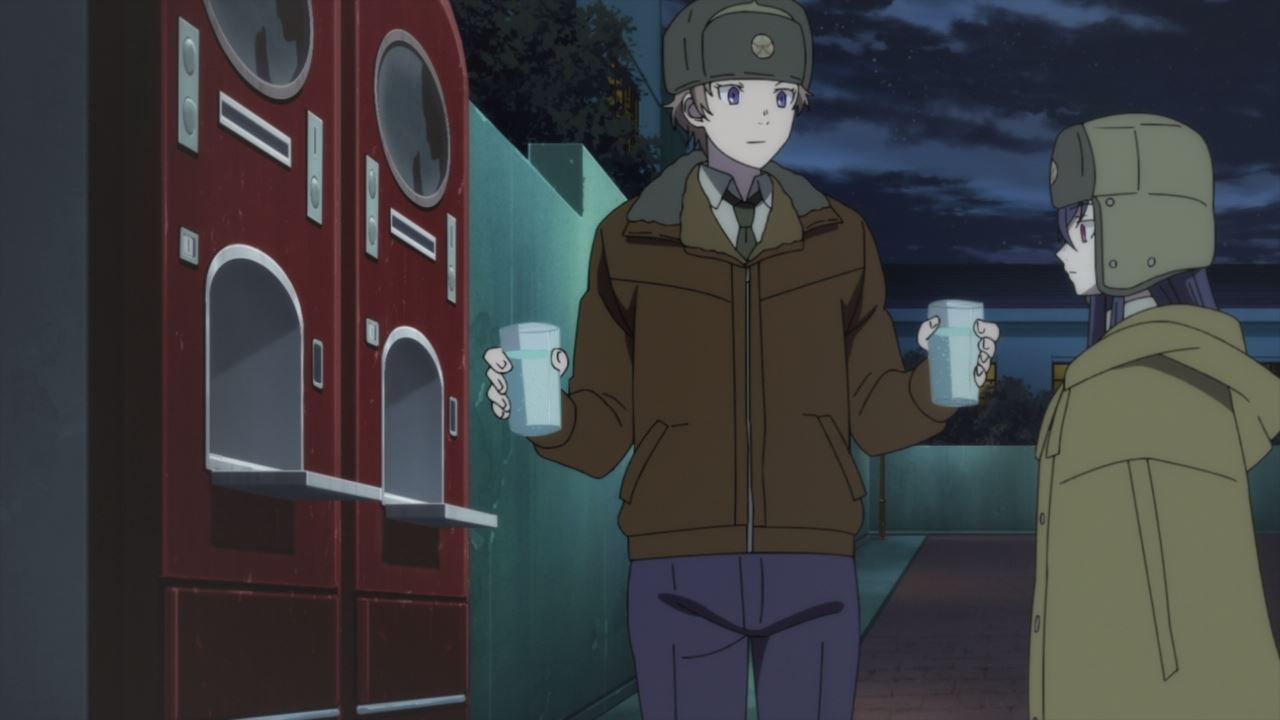 But don’t worry though as Lev Leps wants to make amends for pushing Irina down by giving her a glass of carbonated water. Then again, she won’t taste the soda water anyway. 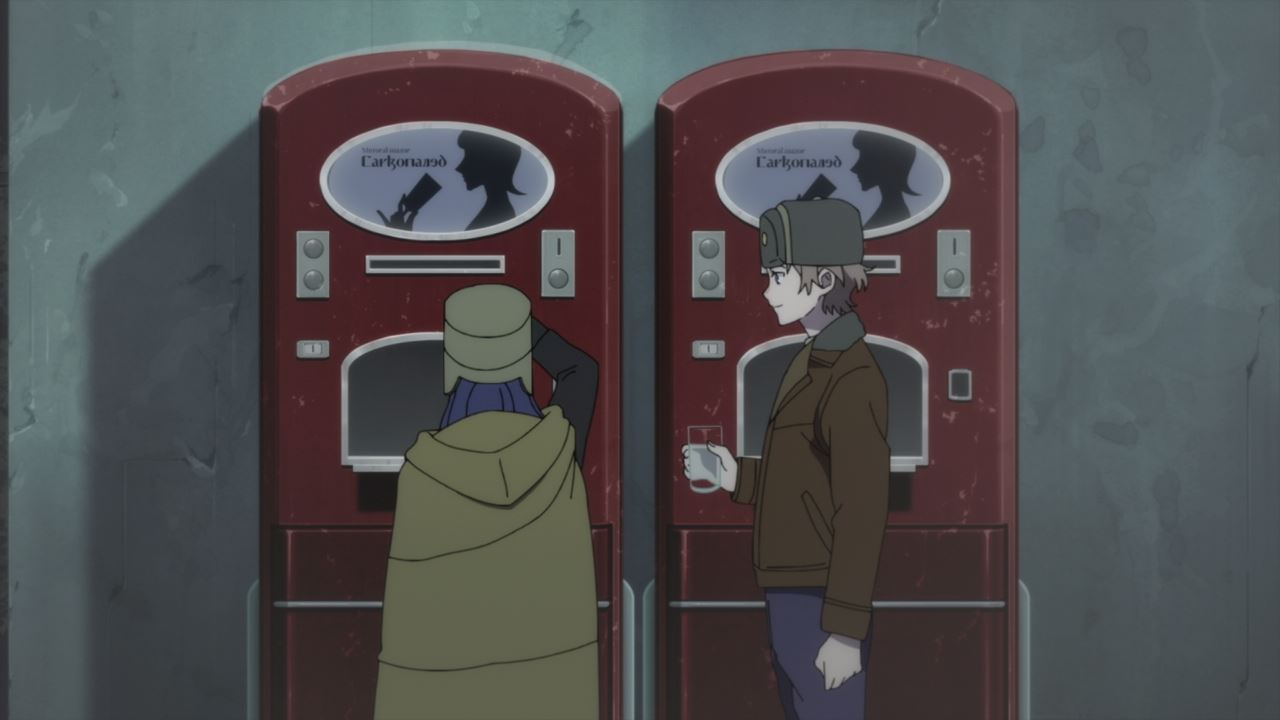 Regardless, Irina Luminesk gulp a glass of carbonated water in one go. Let’s hope that she won’t feel the bubbly aftertaste later. 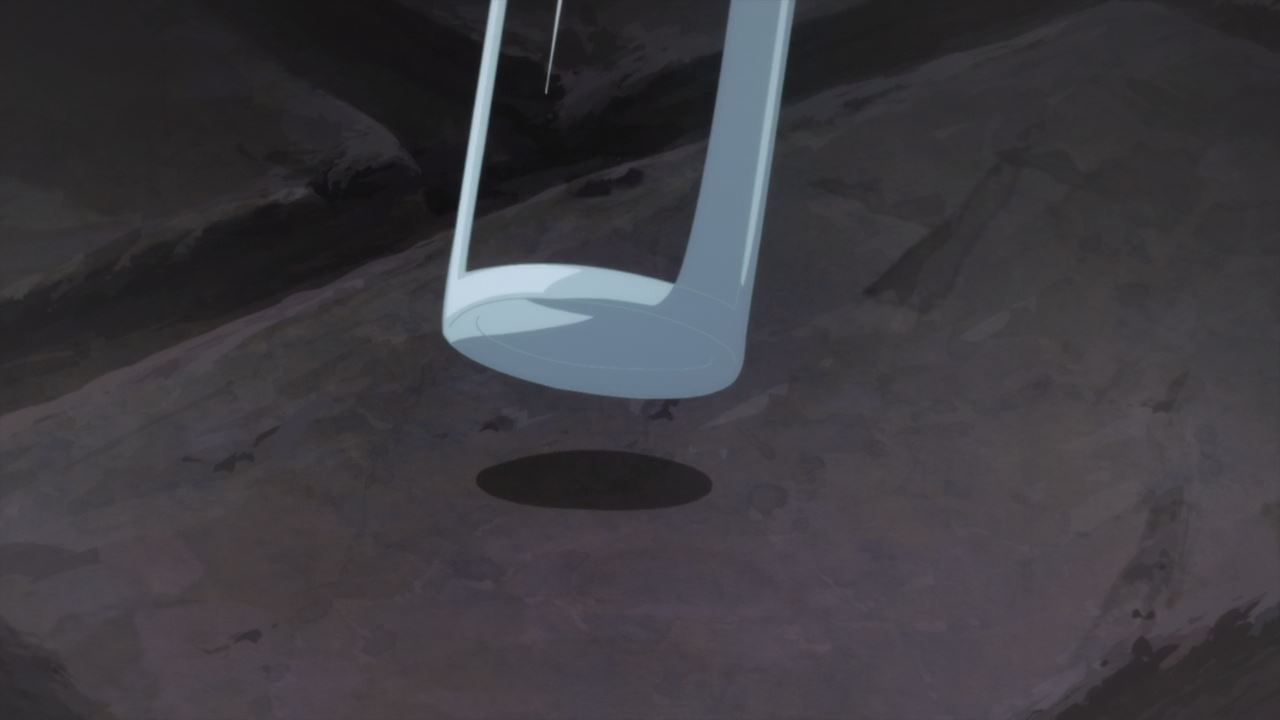 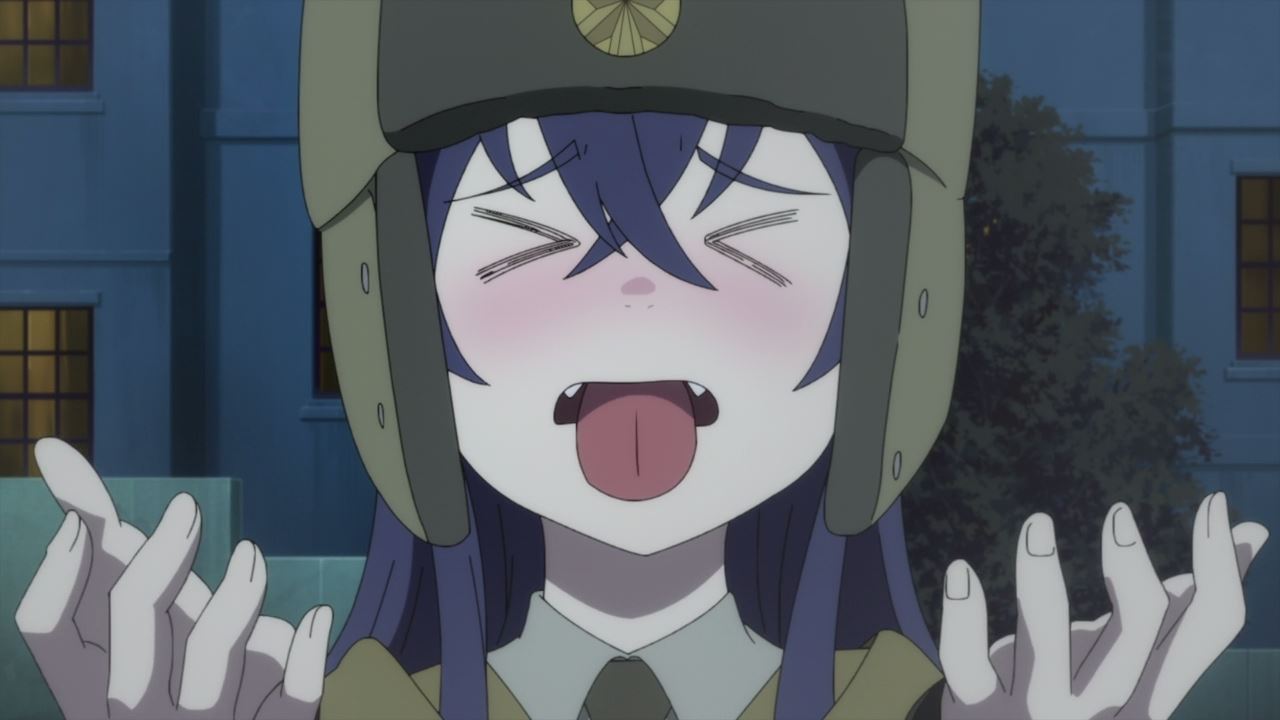 On second thought, she can feel the bubbly aftertaste upon drinking soda water. Man, I really love her reaction there but wait, there’s more! 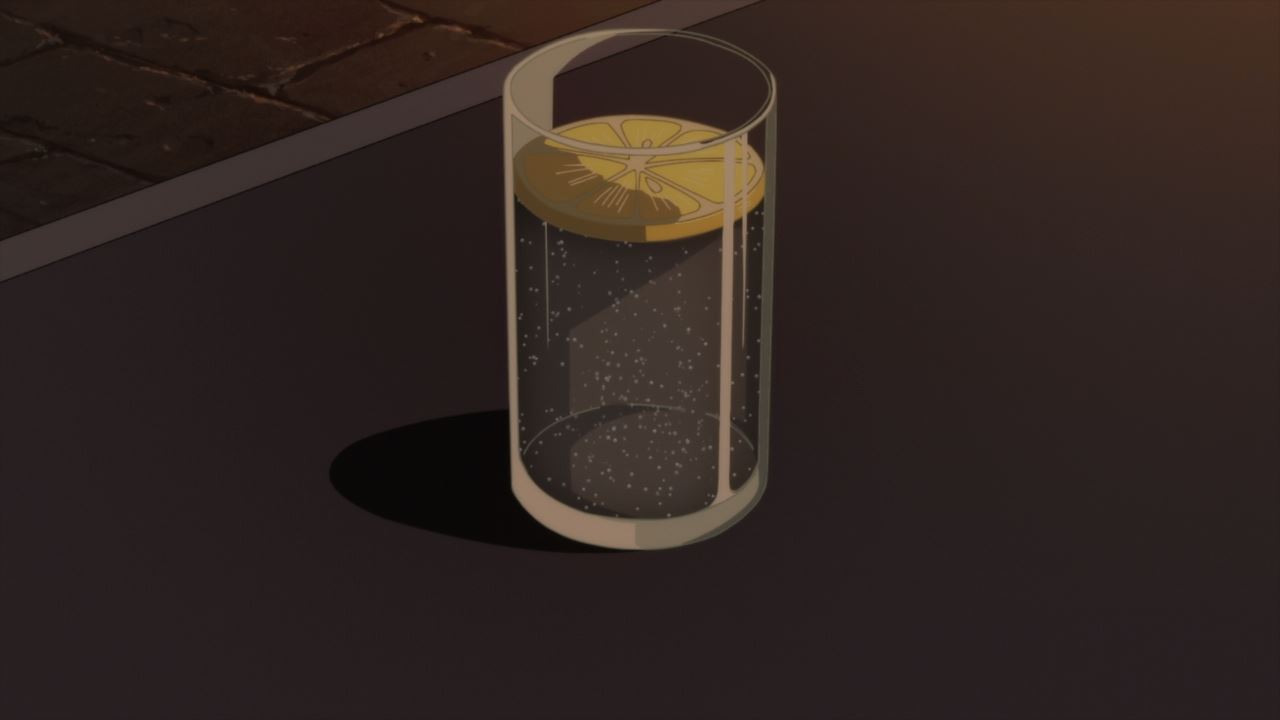 You see, Lev offered a glass of carbonated lemonade. Of course, I think she won’t taste the sourness of the lemon ’cause Irina is a vampire after all. 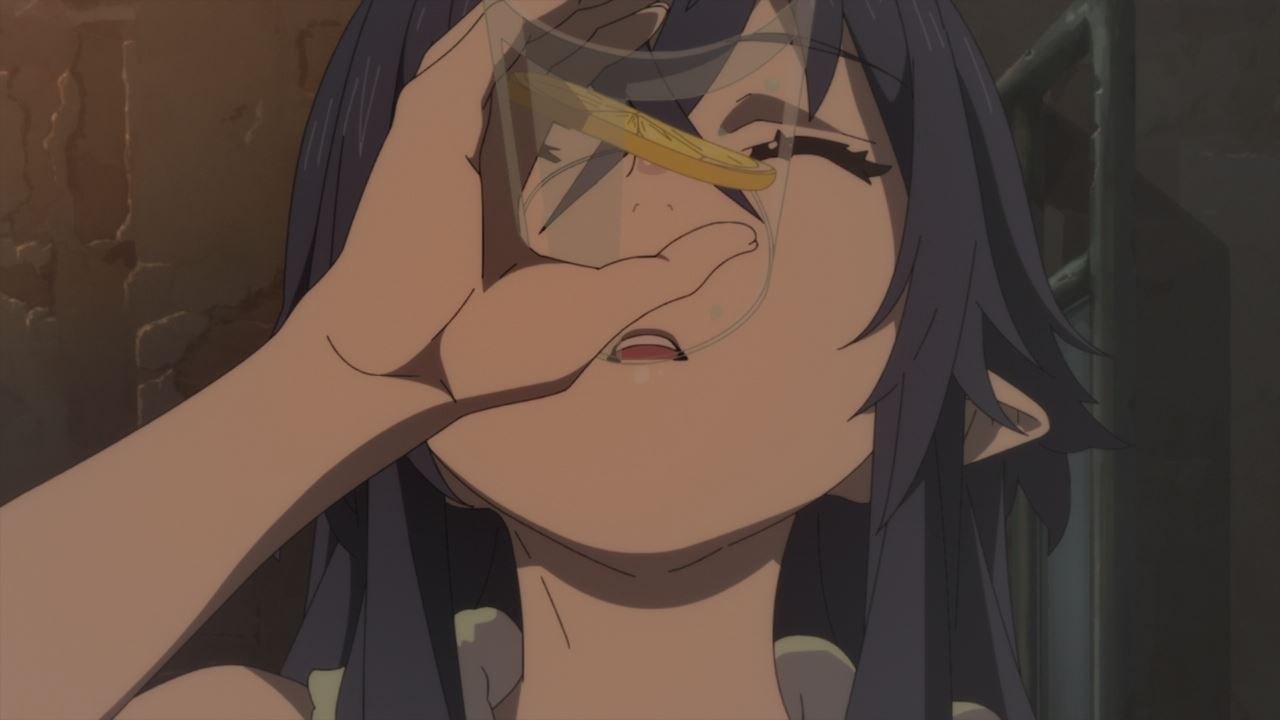 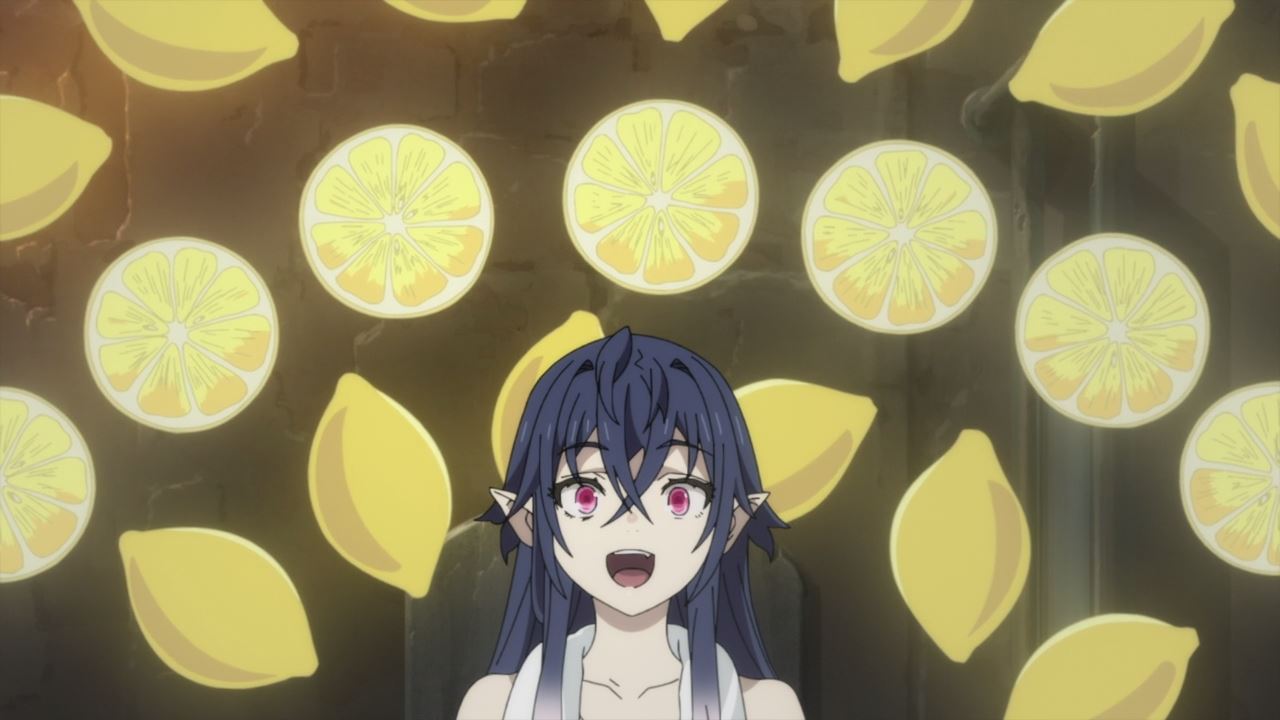 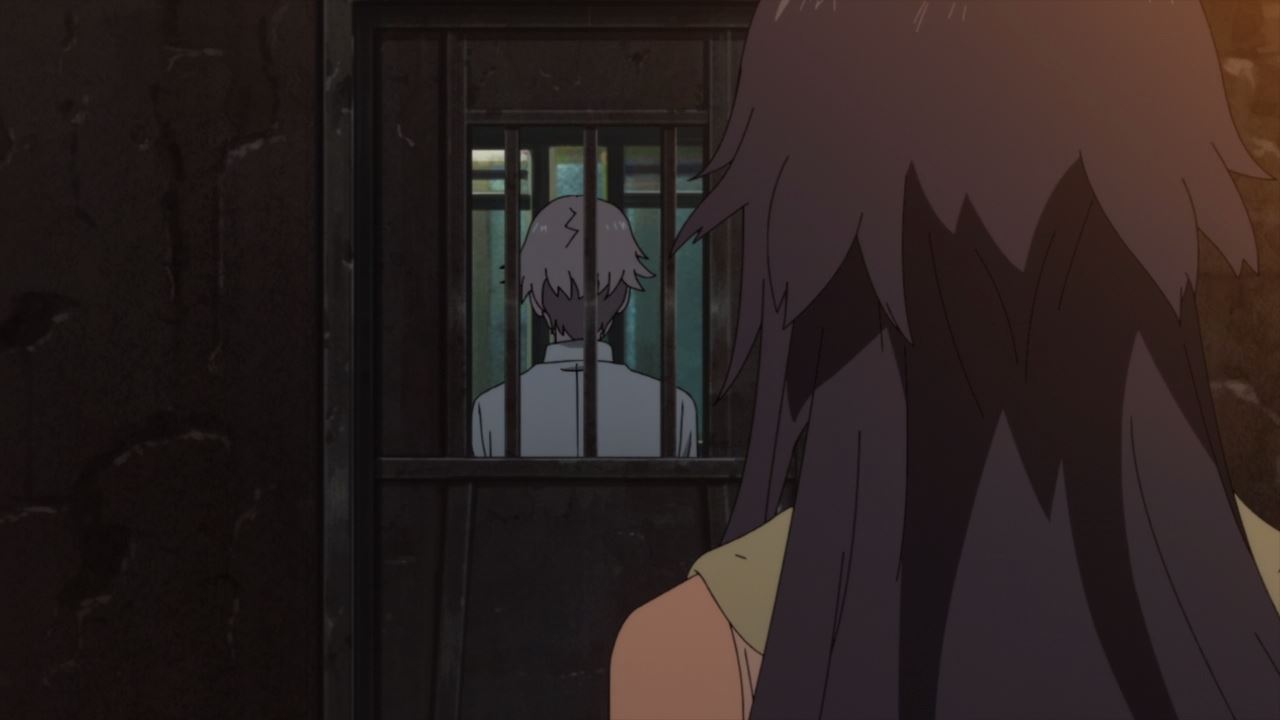 Unfortunately, Irina is mad that Lev is watching her reaction. This cosmonaut candidate doesn’t have any tact, huh? 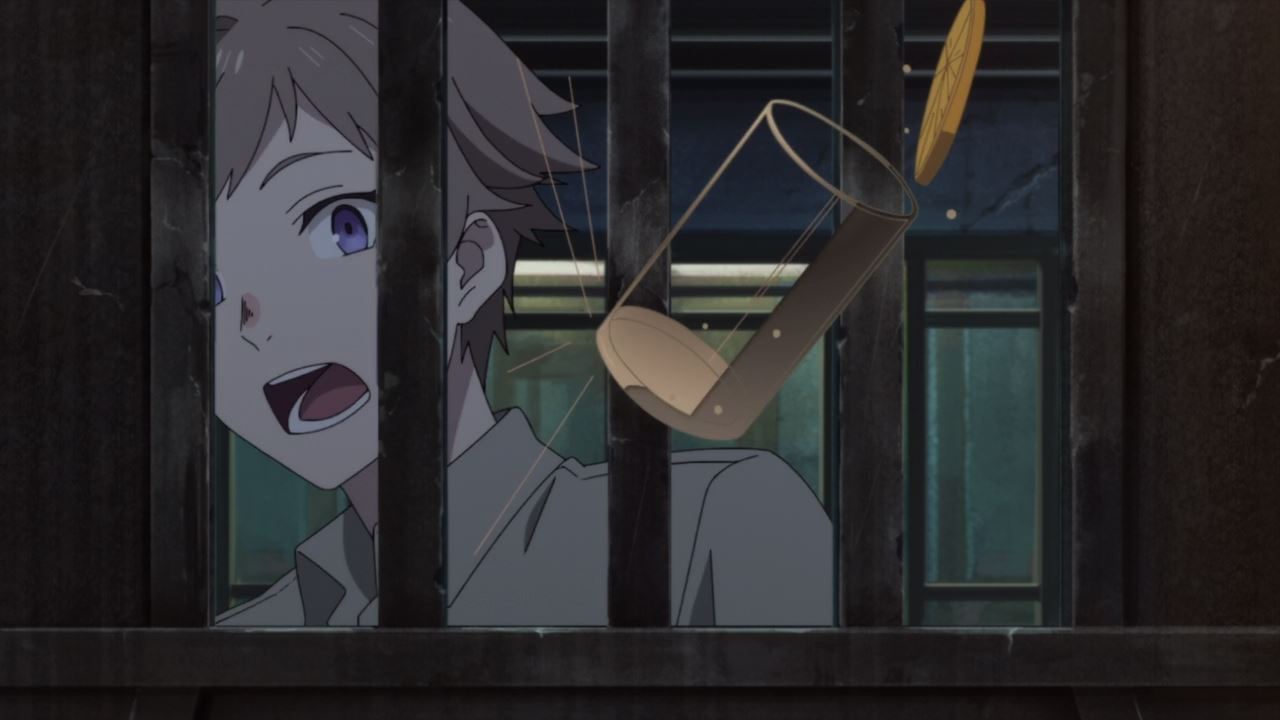 But yes, Episode 2 is really nice to watch where Irina experience the trials and tribulations of being a guinea pig/cosmonaut. Good thing Lev is here to support her even if the scientists treat her badly.

However, Lev should worry about his own country as the Federal Republic of Zirnitra is really paranoid when it comes to dealing with spies from the United Kingdom of Arnack, or traitors within Zirnitra . In fact, some people don’t like Irina’s presence at all.

Well then, I’ll see you next time where Lev and Irina will have their second day of training.