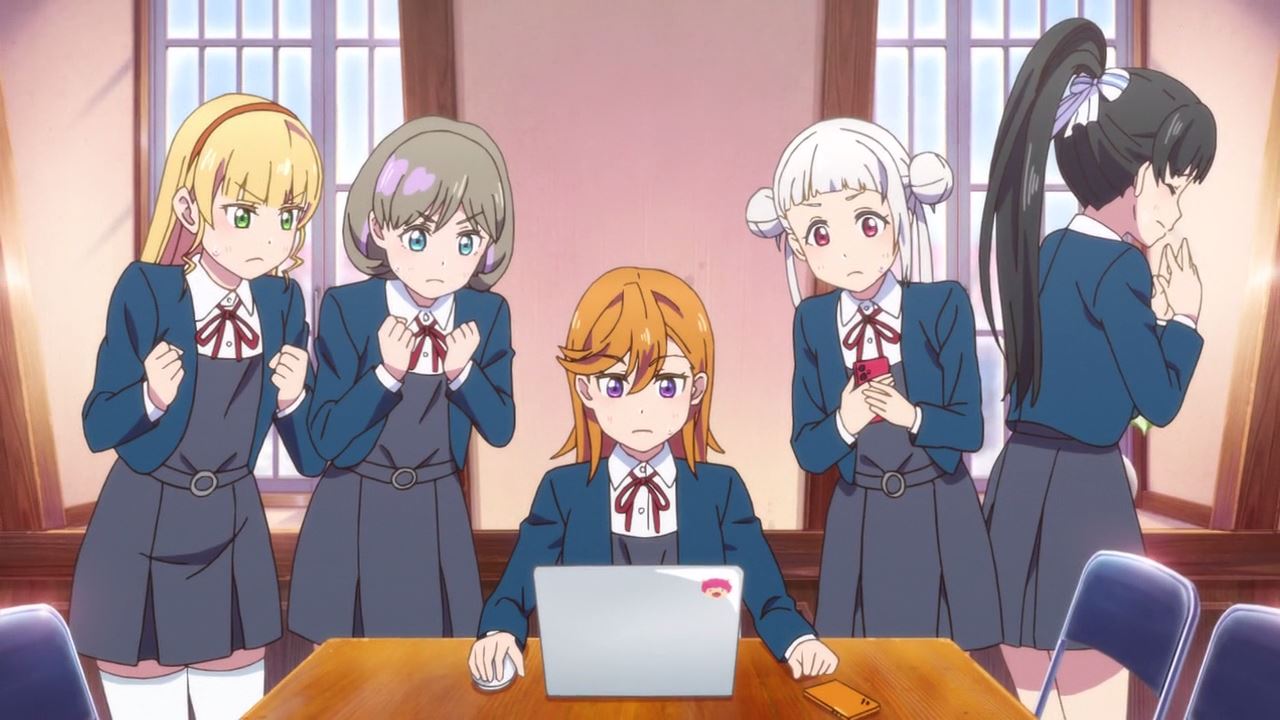 Oh boy, looks like Liella are nervous if they got in or out of the competition. What if some no-name school idol group like Mutant Girls earned their spot instead of Liella? I don’t want that to happen! 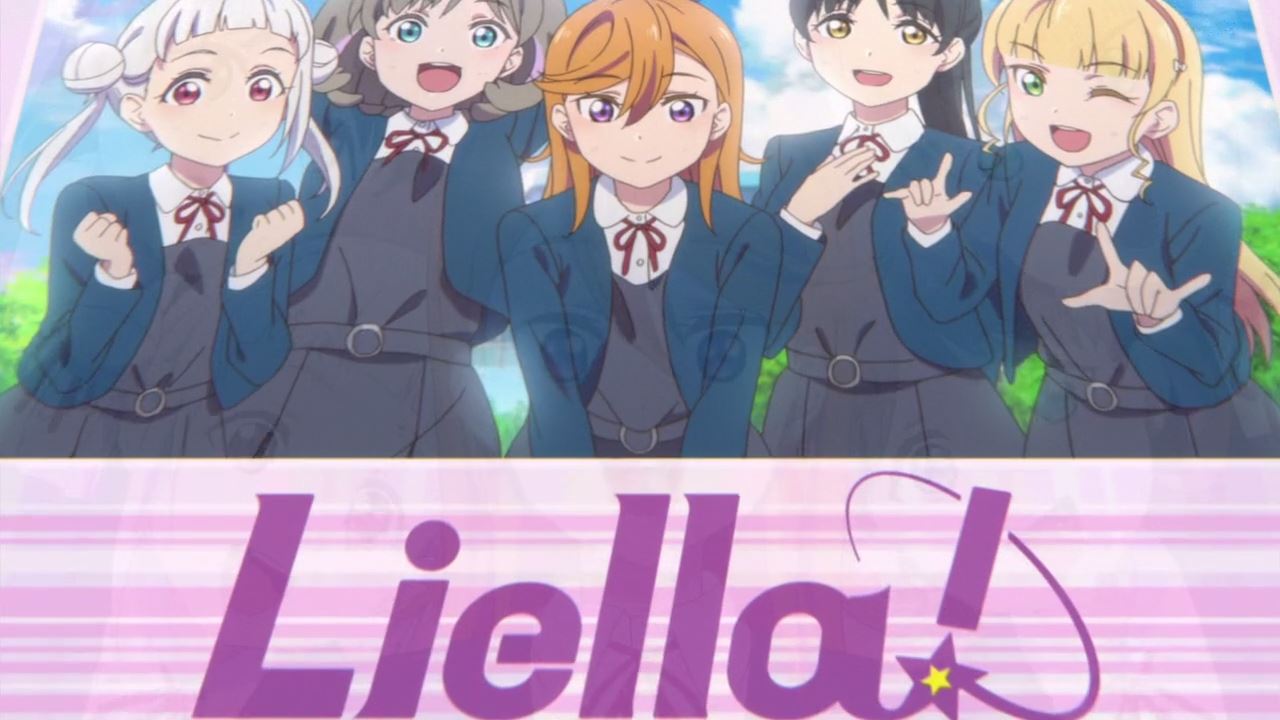 Fortunately, Liella managed to qualify on the next round. C’mon, Sumire Heanna did a great job on her rapping gig in the previous episode! 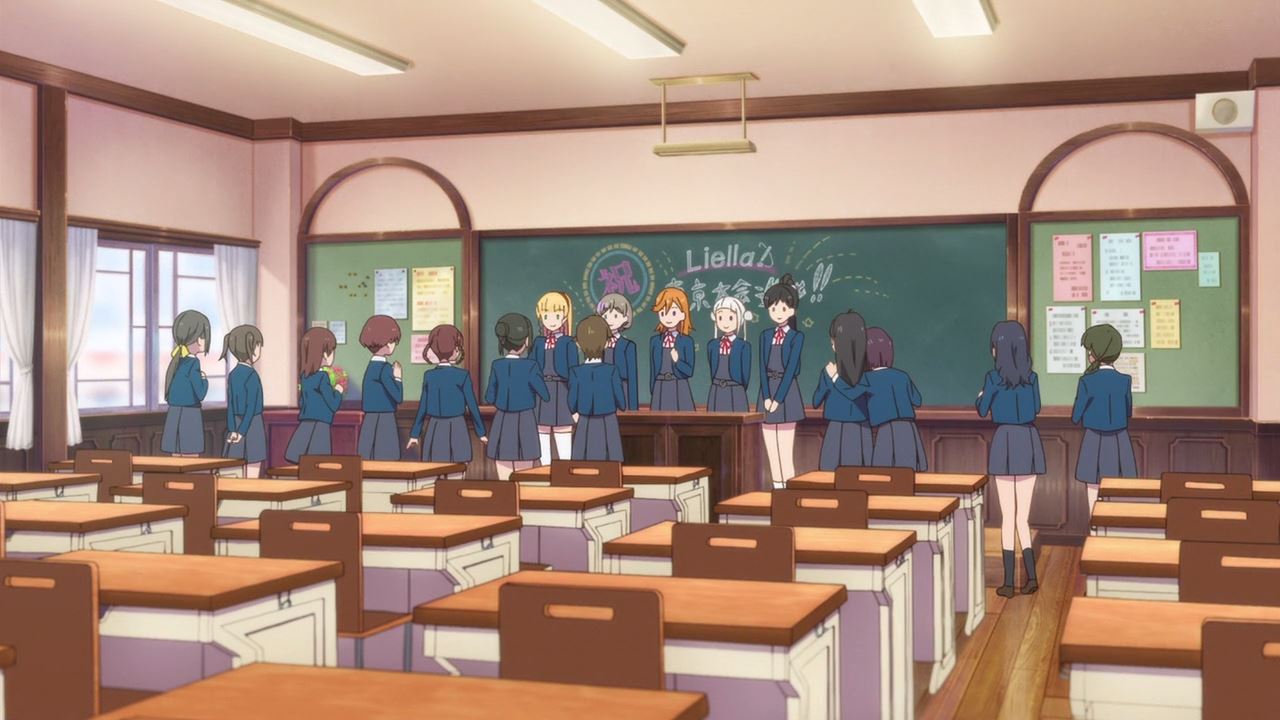 And so, Yuigaoka Girls’ Academy are excited that the school idol club qualified to the Love Live! competition.

Glad that the students are happy that Kanon Shibuya and the rest accomplished something significant! 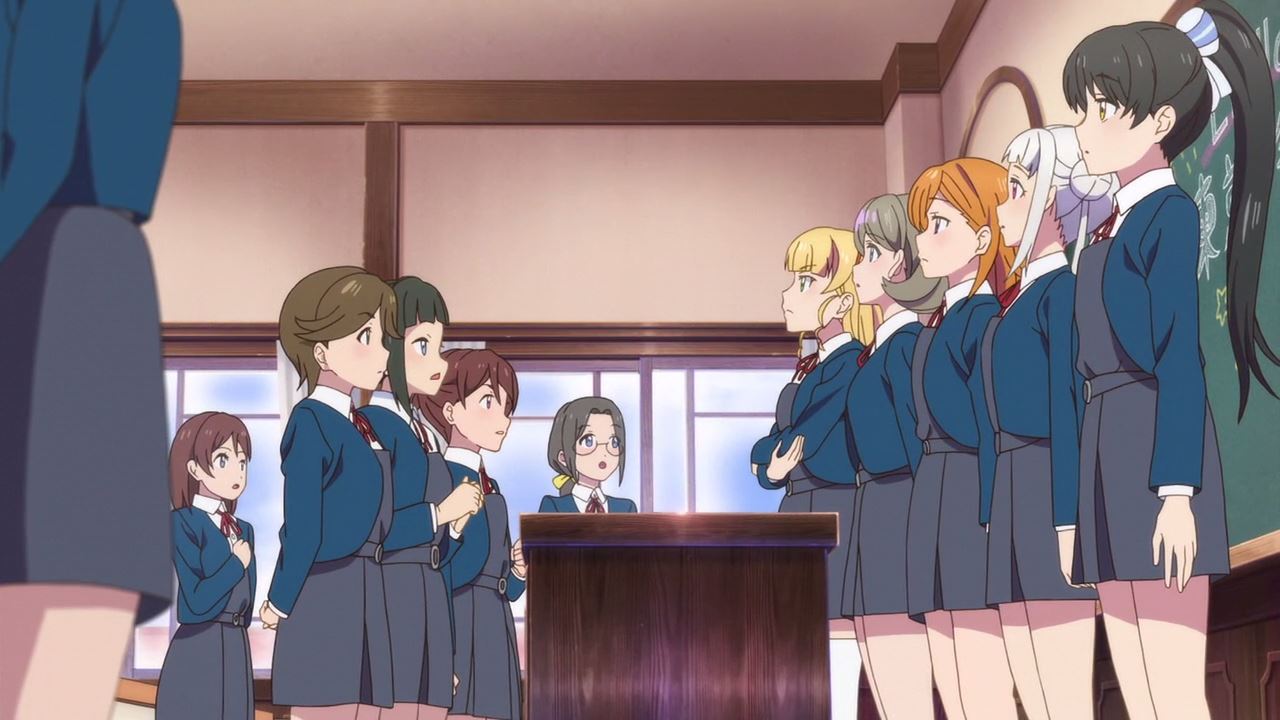 However, it appears that the chairwoman wants to call the school idol club after school. Did they do something terrible that it warrants a cease and desist order of their activities? 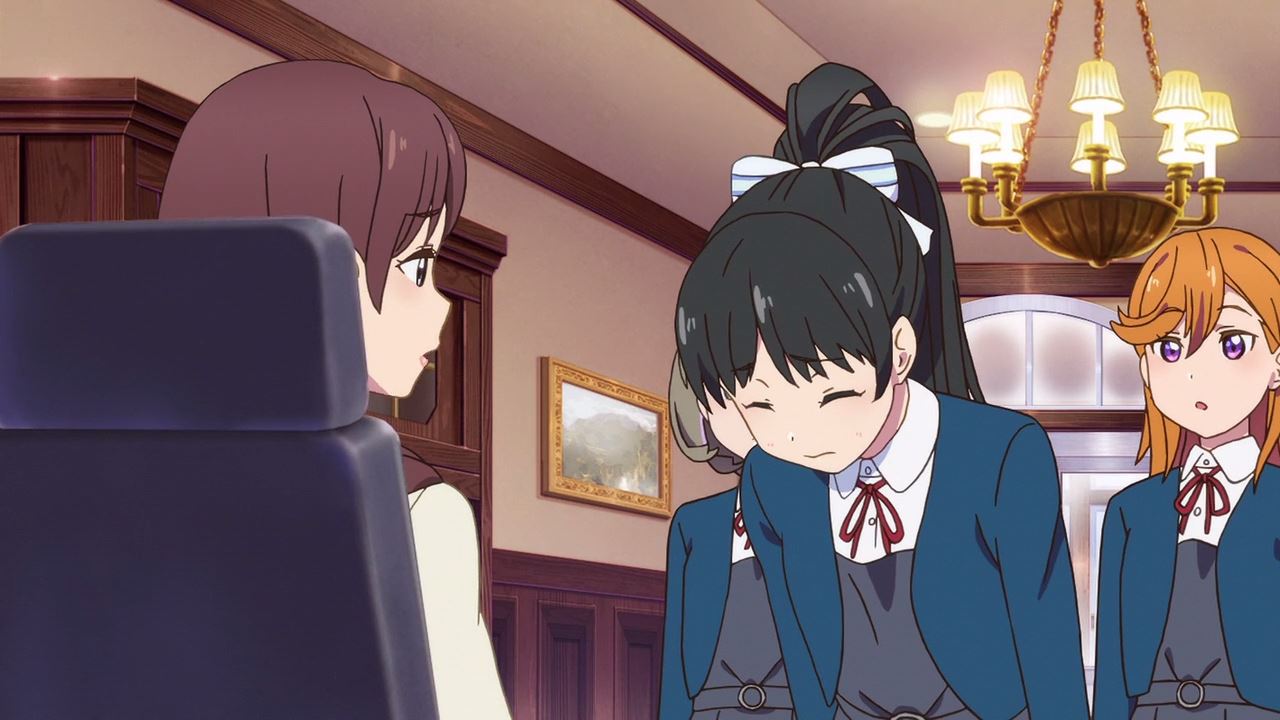 Anyways, the chairwoman explained that they got a call from Aoyama Elementary School where a representative from the school idol club will perform there, although it’s either Chisato Arashi or Kanon Shibuya will perform in front of those grade schoolers.

Oh yeah, it appears that Ren Hazuki did something terrible inside the clubroom. Okay, why did she do? 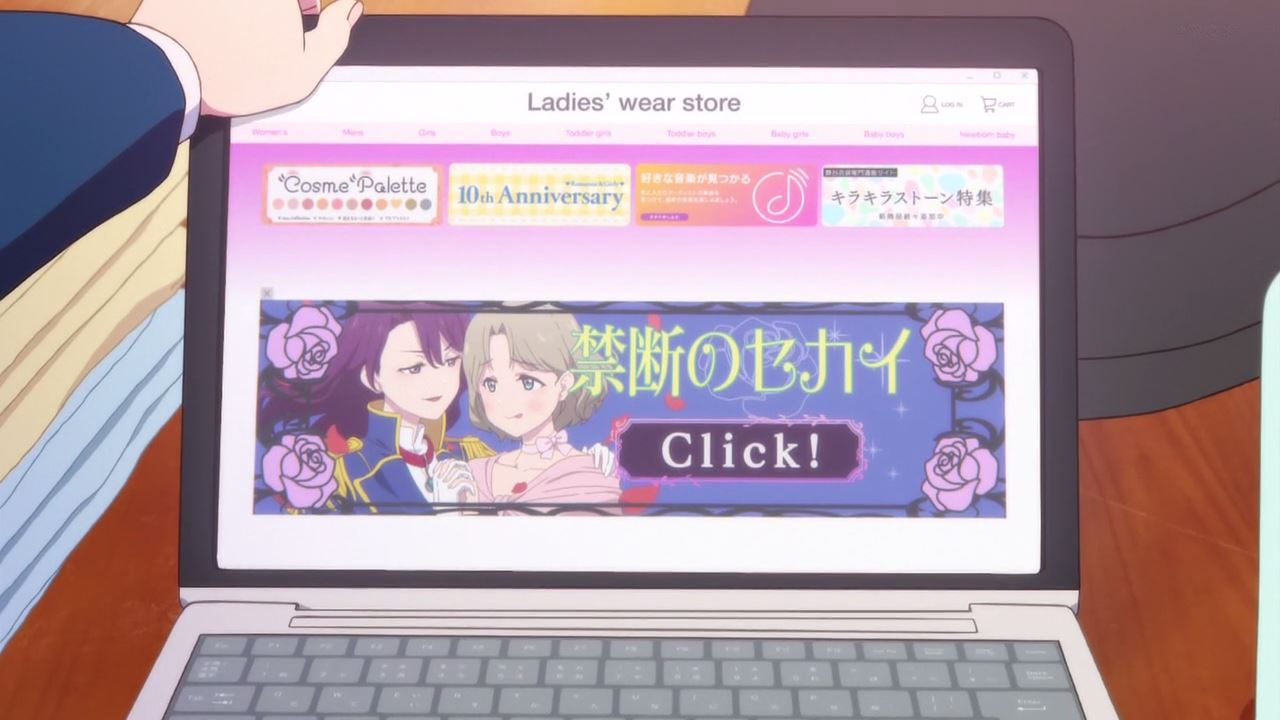 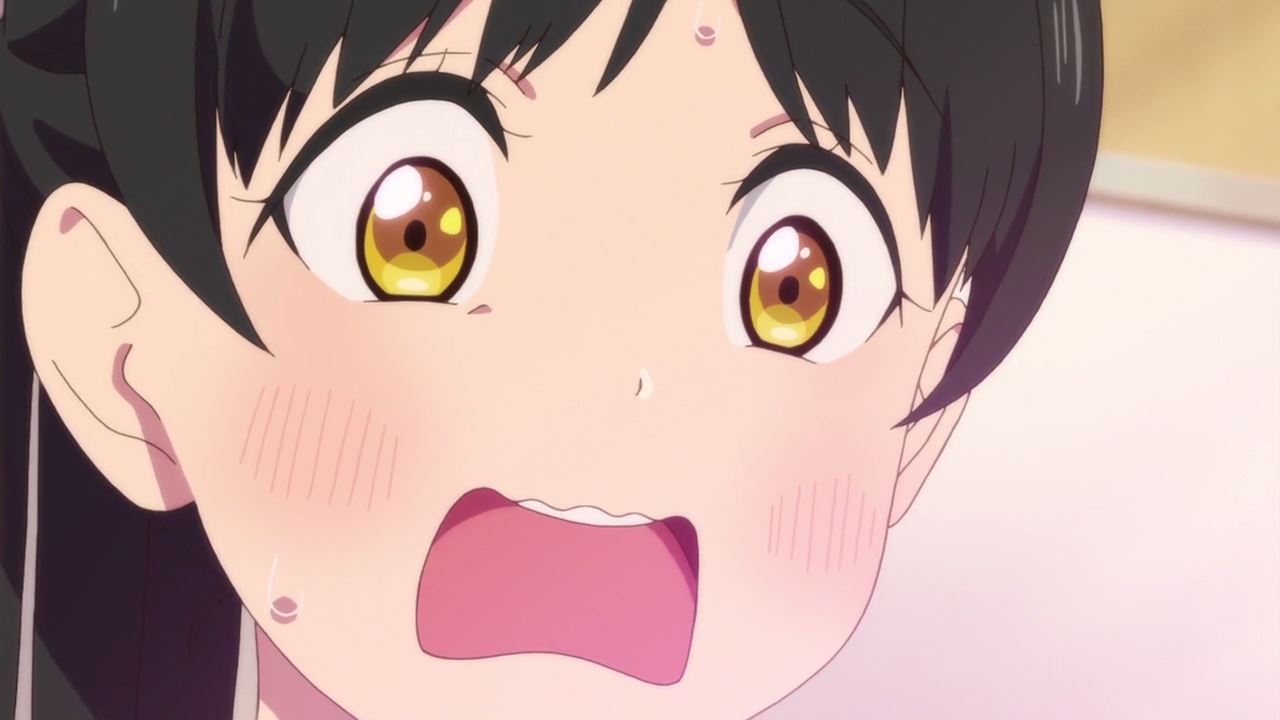 Well, it appears that she click onto a questionable website. Oh boy, Ren managed to dive into yuri!

Then again, the chairwoman didn’t punish her for looking at yuri fiction. Silly girl… 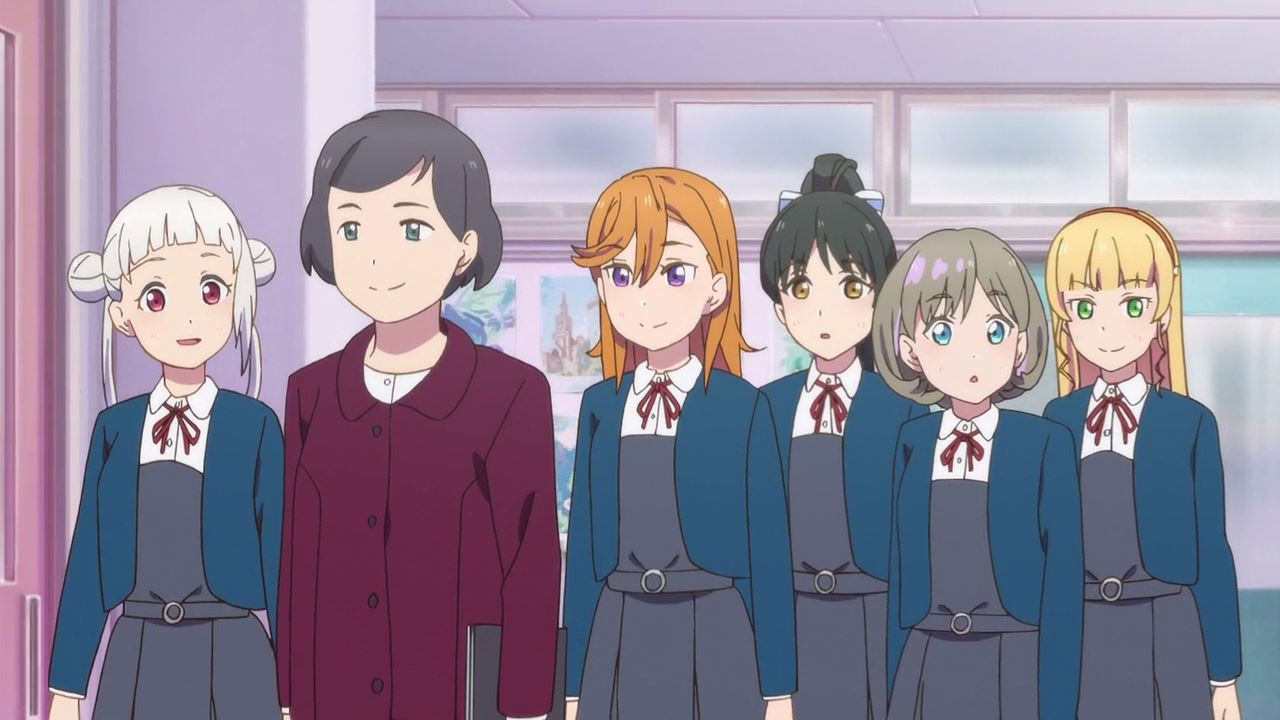 But anyways, Liella has arrived at Aoyama Elementary School where it’s revealed that Kanon Shibuya will perform for the current students. However, I’m still worried that she might collapse due to stage fright. 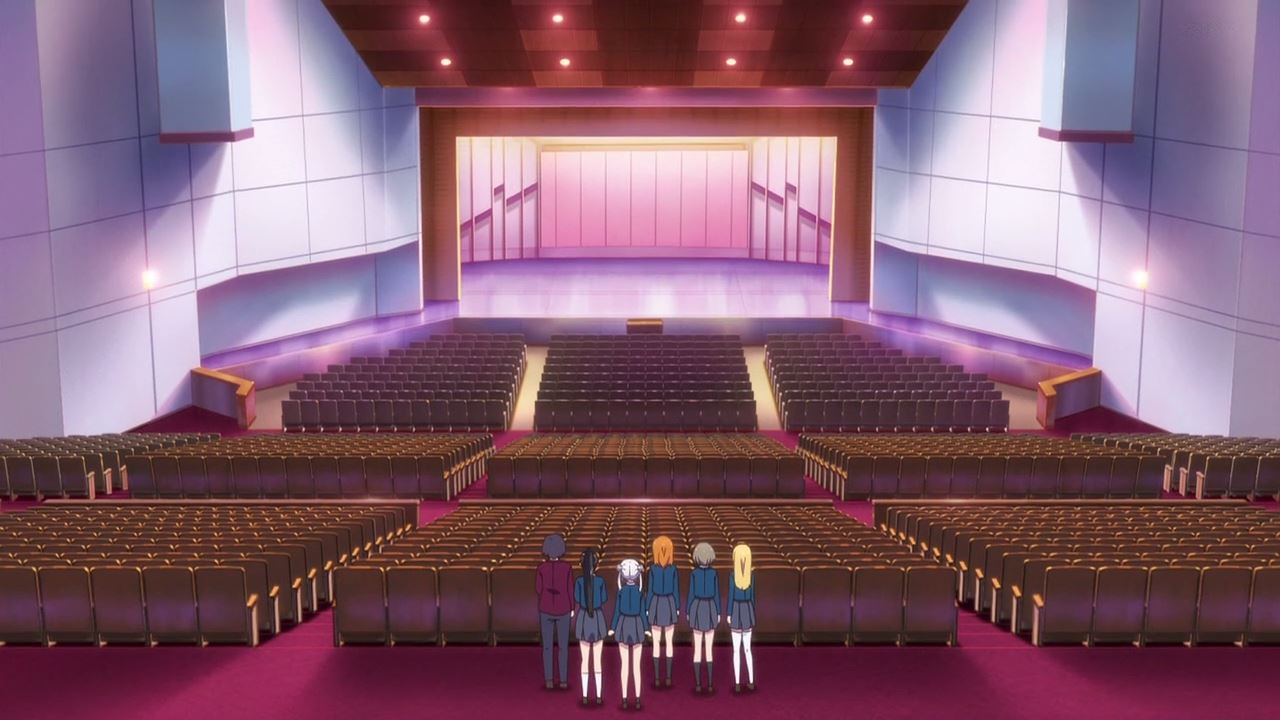 Not only that, but Kanon will perform at the venue where she fainted. Looks like she has bad memories on this place.

And by the way, it looks like the theme for the next round of competition will involve a solo performance. Then again, Kanon’s performance might not count since she’ll singing as an alumni. 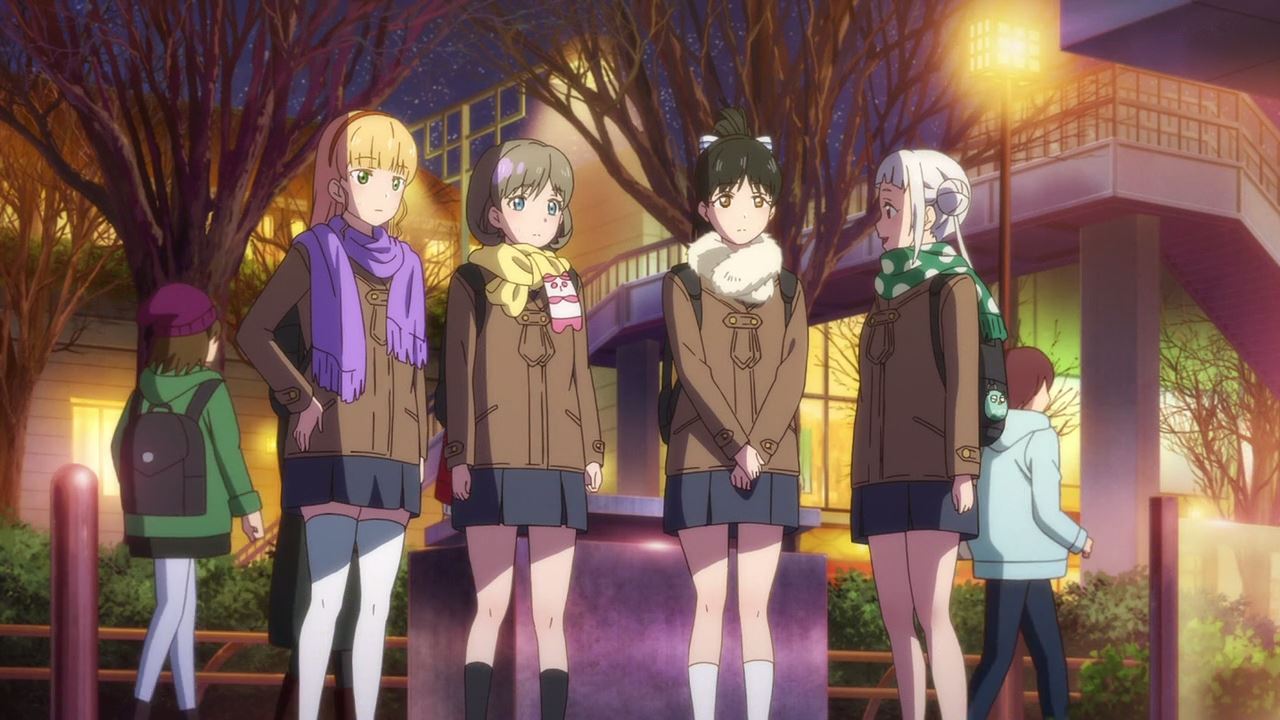 However, Chisato wants her best friend to overcome her fear as Kanon is no longer the girl she used to be. Really glad that after what happened to Kanon back in the day, Chii-chan still supports her. 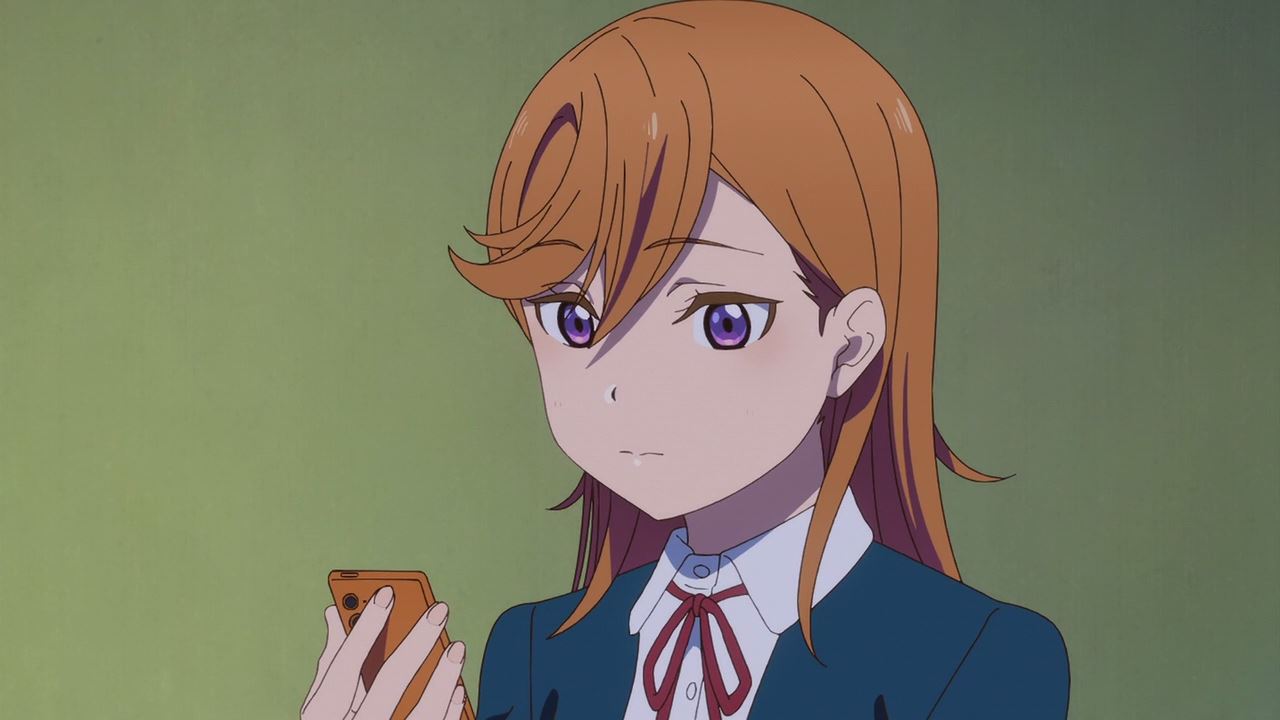 Speaking of Kanon Shibuya, she’s now at the auditorium where she’s still shaken over her mishap many years ago. 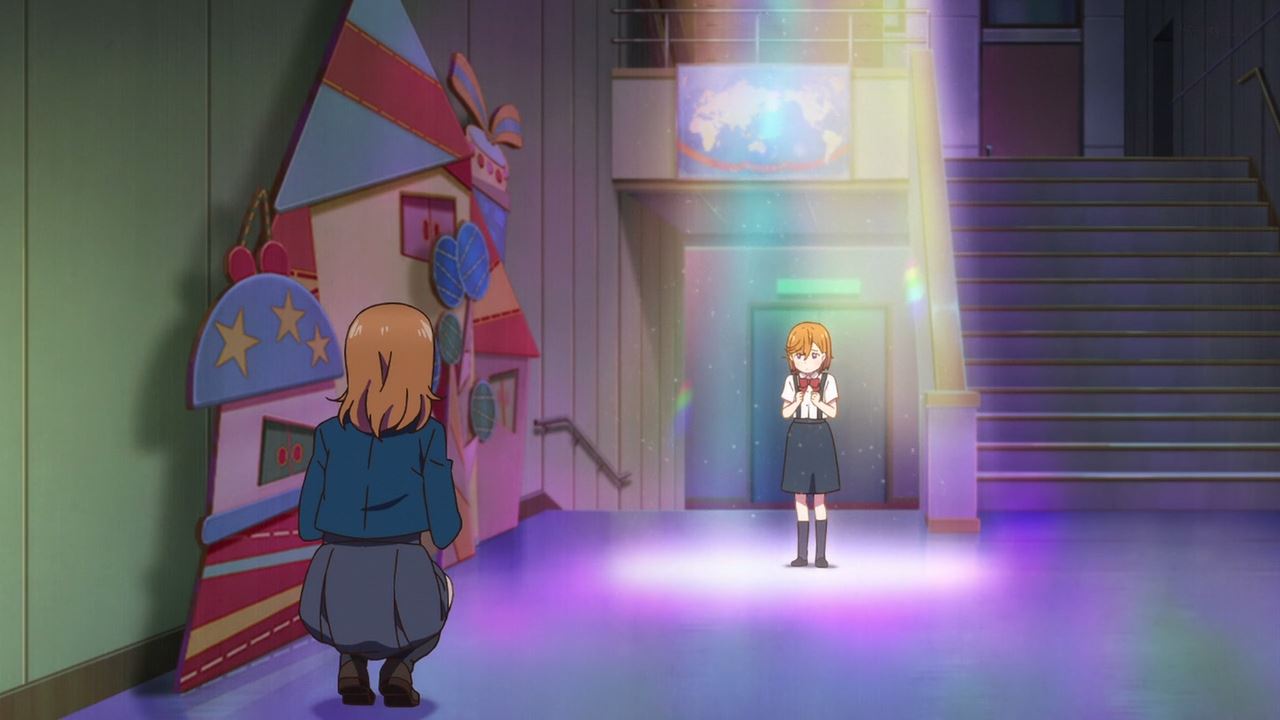 On the other hand, looks like Kanon saw a younger version of herself where she’s still stricken with fear. 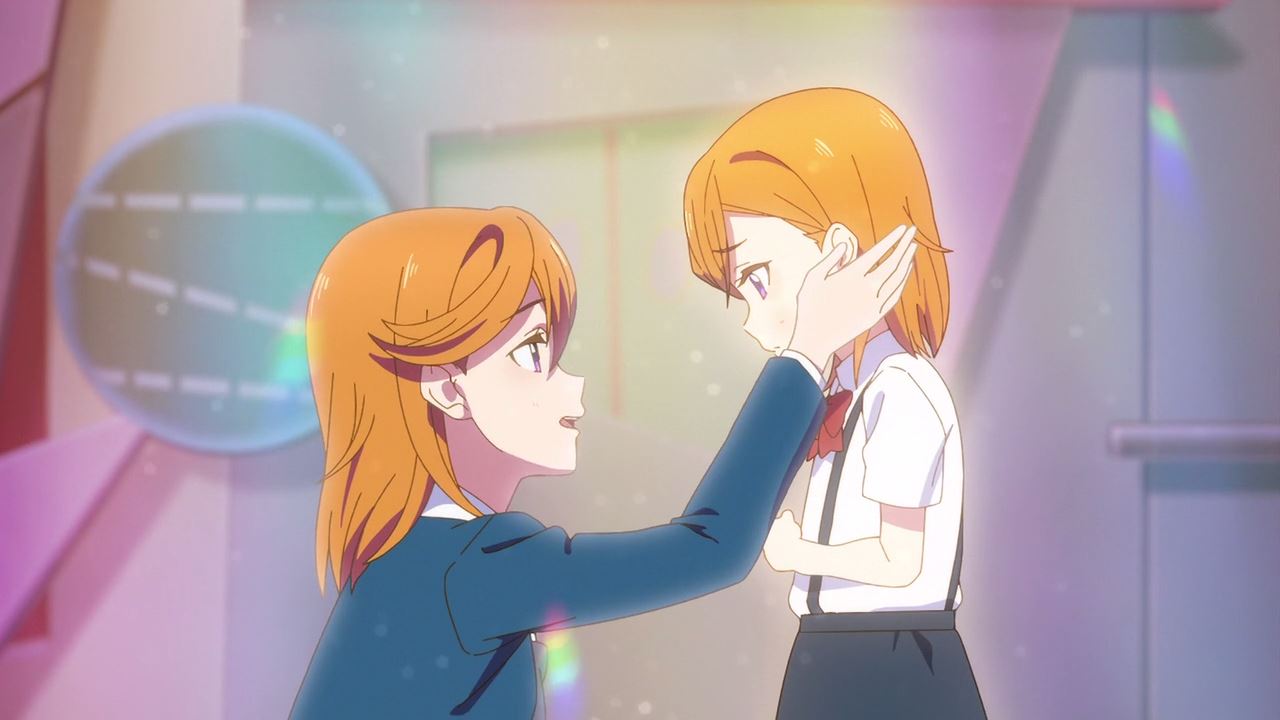 Fortunately, looks like Kanon somewhat overcome her stage fright on her own as she gave a little bit of courage to her younger self.

While it’s really cute for Kanon to interact with her past, it’s reassuring that she can finally sing on her own. 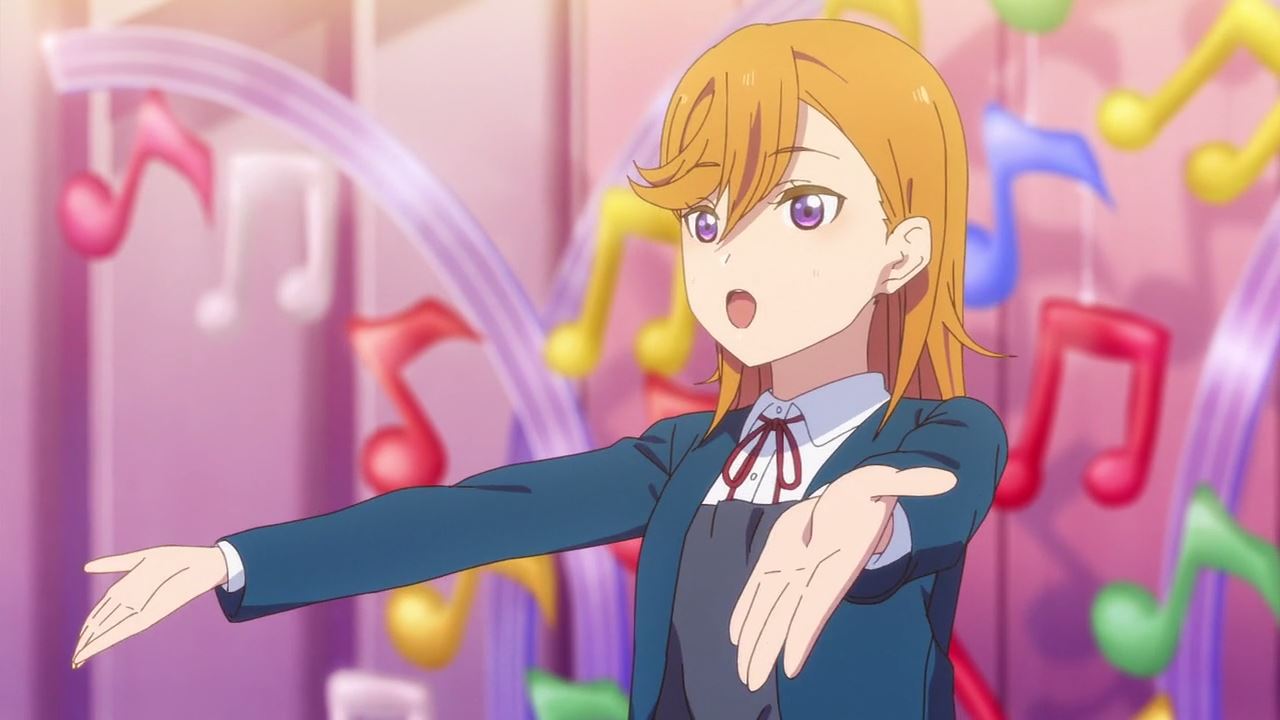 And now, please enjoy Kanon Shibuya’s solo performance where she sings “Watashi no Symphony” in front of the students.

Gotta say that she really had a beautiful voice after Kanon finally conquered her stage fright. Besides, she’s no longer the girl who froze up in front of the audience. 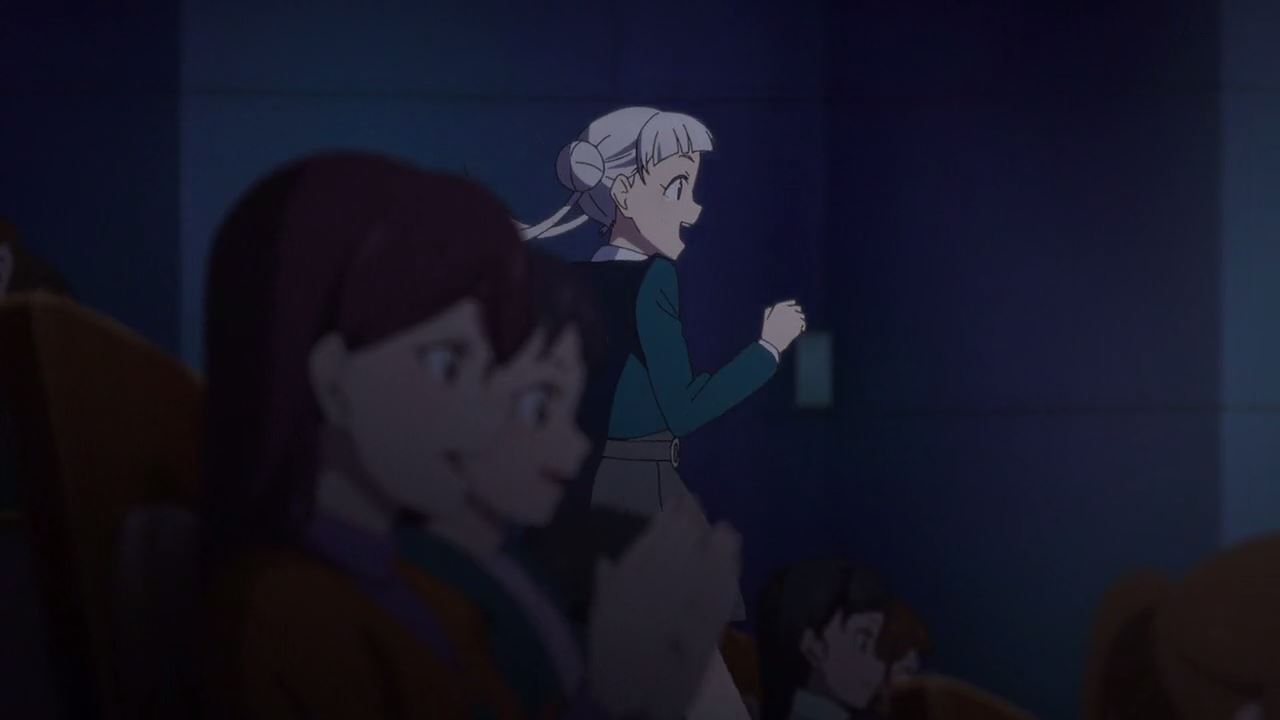 In any case, Kanon Shibuya did a great job at singing towards the grade schoolers. And now, it’s time for Chisato Arashi to hug her best friend. 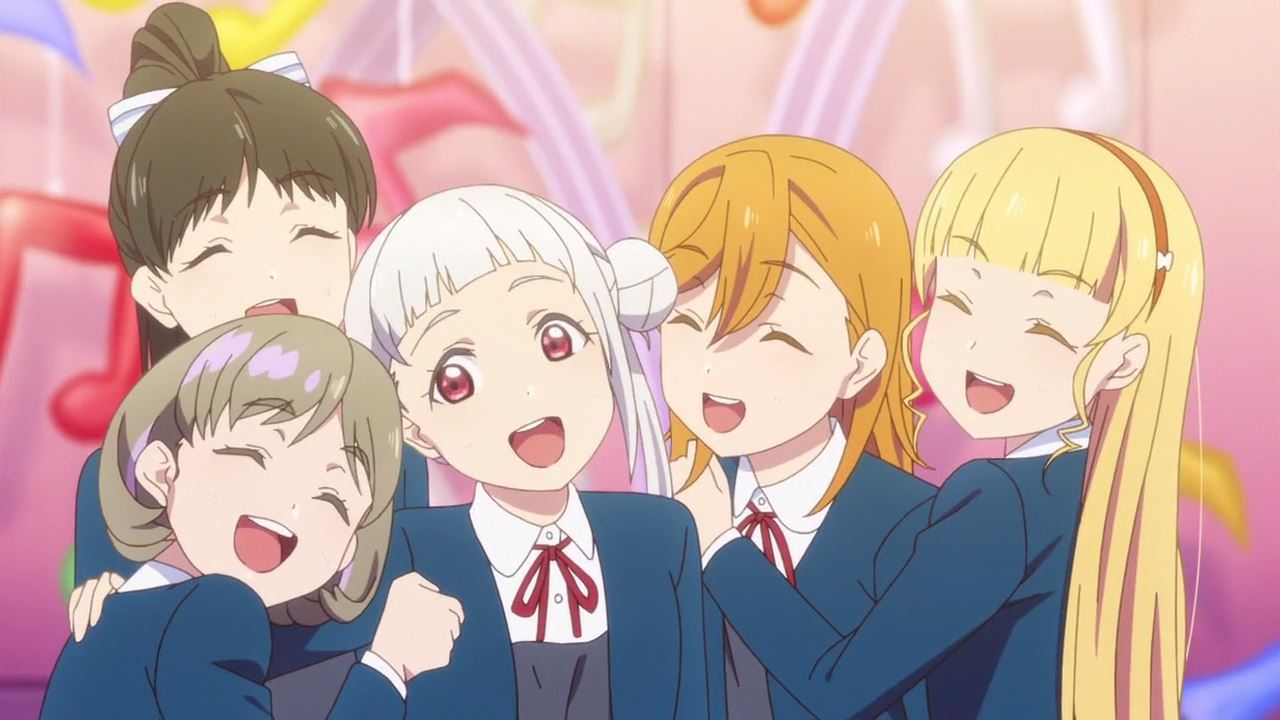 Well actually, it’s not just Chii-chan but the rest of Liella where they really happy to see Kanon-chan overcoming her tragic past. Now that’s what I call character development right there!

Of course, I wish there’s an episode where it focuses on Keke Tang and her hesitation to return to China. Maybe it’ll be saved on the next season. 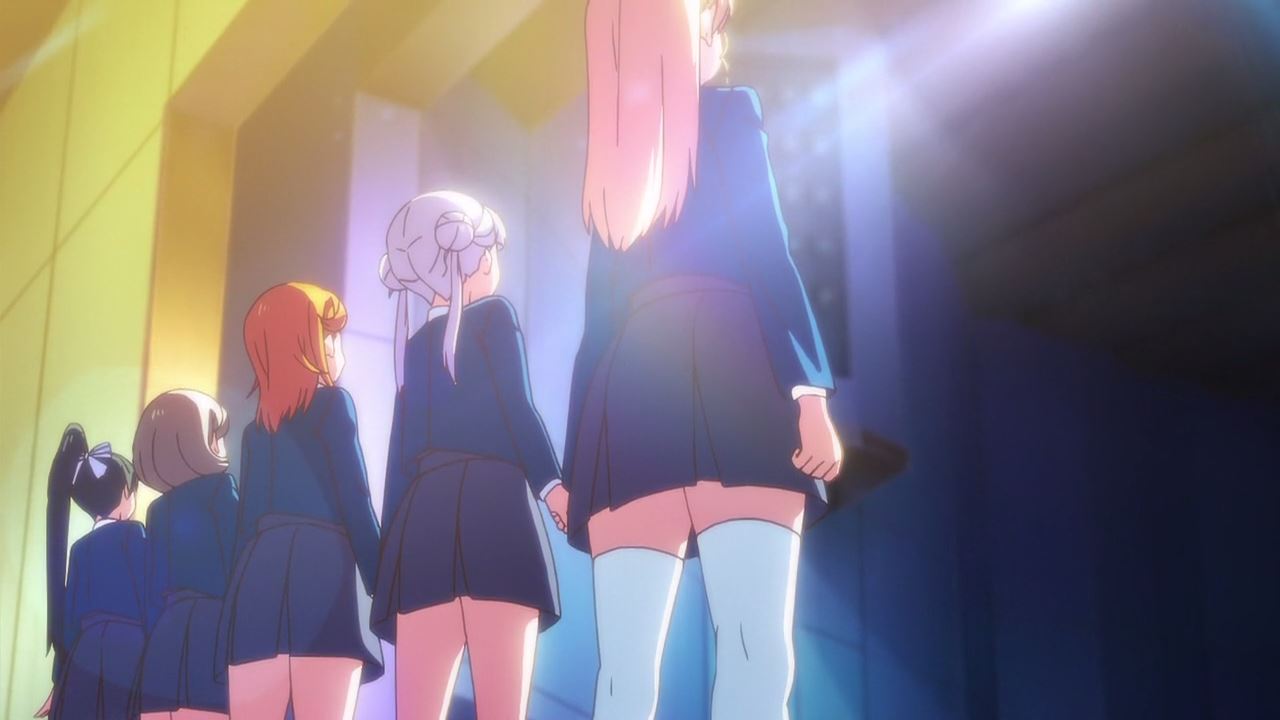 But now, I’ll end this episode right here as Liella introduce themselves to the students of Aoyama Elementary School.

Unfortunately, the next episode will be the last one as I’m really scared on what will happen on the final episode. Will Liella lose much like any other school idol groups from before, or somewhat win it all on their first try? I guess we’ll find out soon enough…