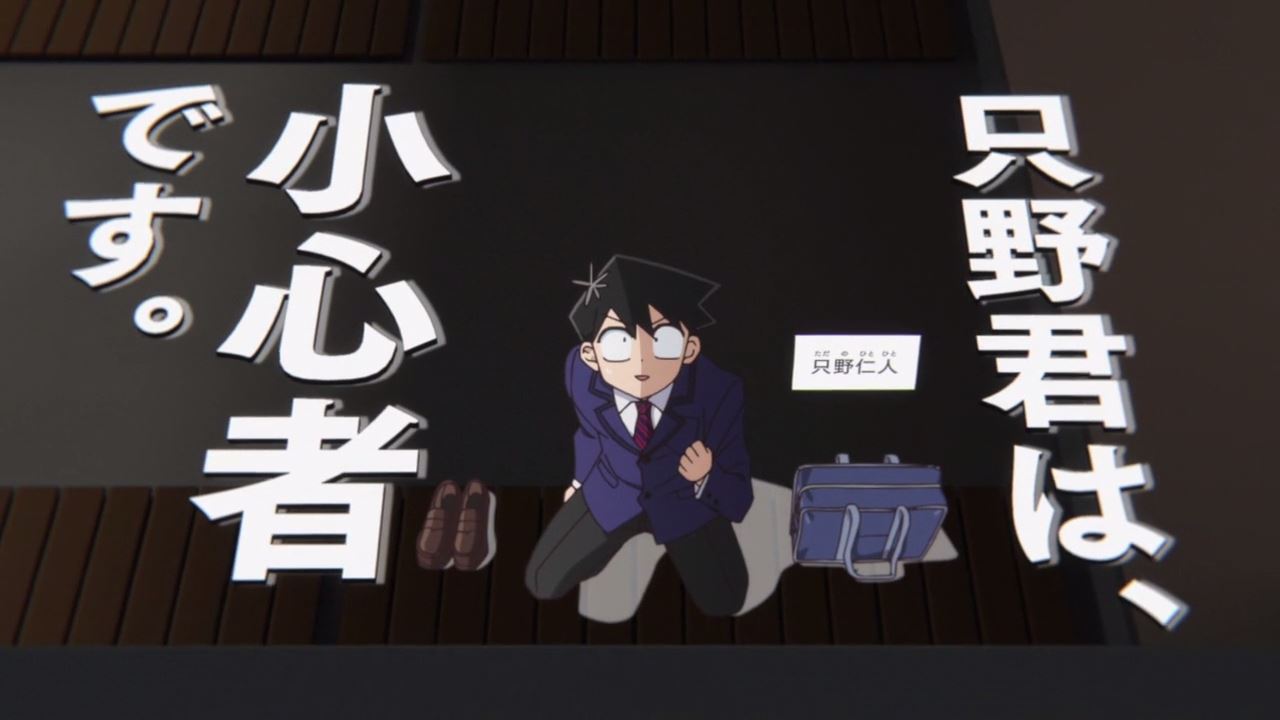 Meet Hitohito Tadano, a normal high school student in Itan Private High School who can read the mood. Yeah, nothing really exciting for this guy! 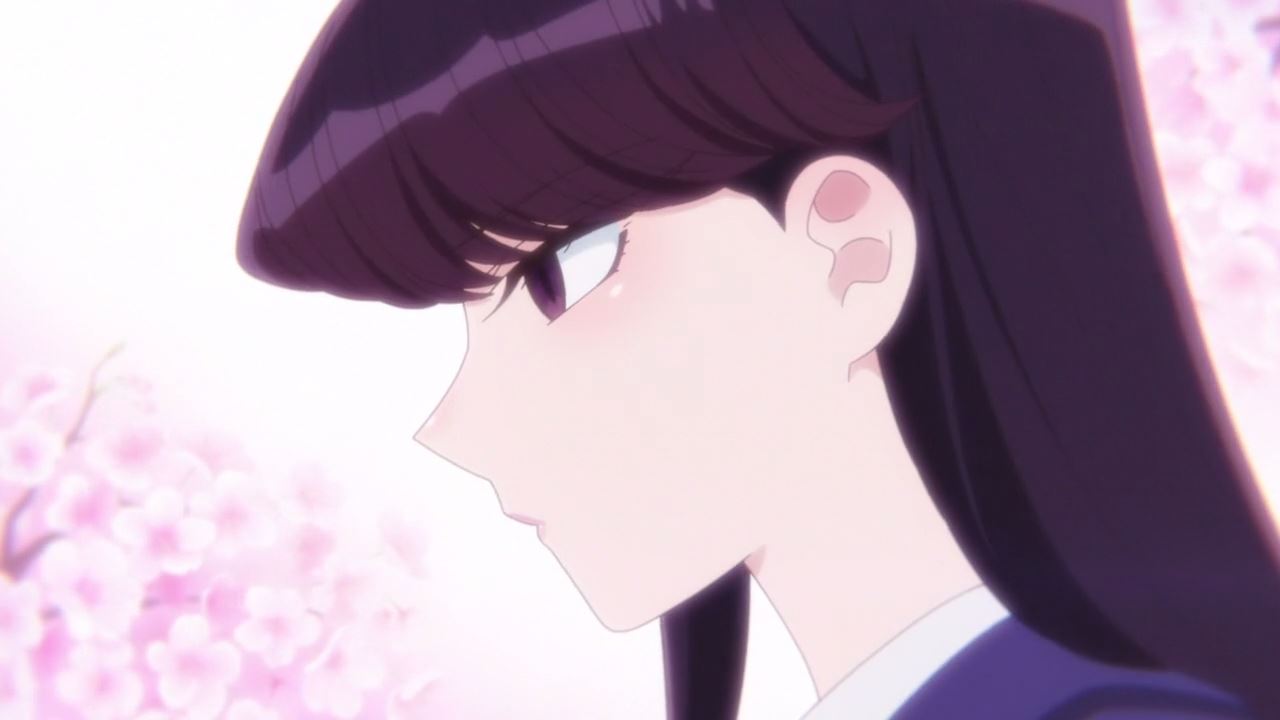 Except that Tadano-kun met a beautiful girl named Shouko Komi where she’s basically perfect at everything. C’mon, everyone will be stunned upon seeing her up close! 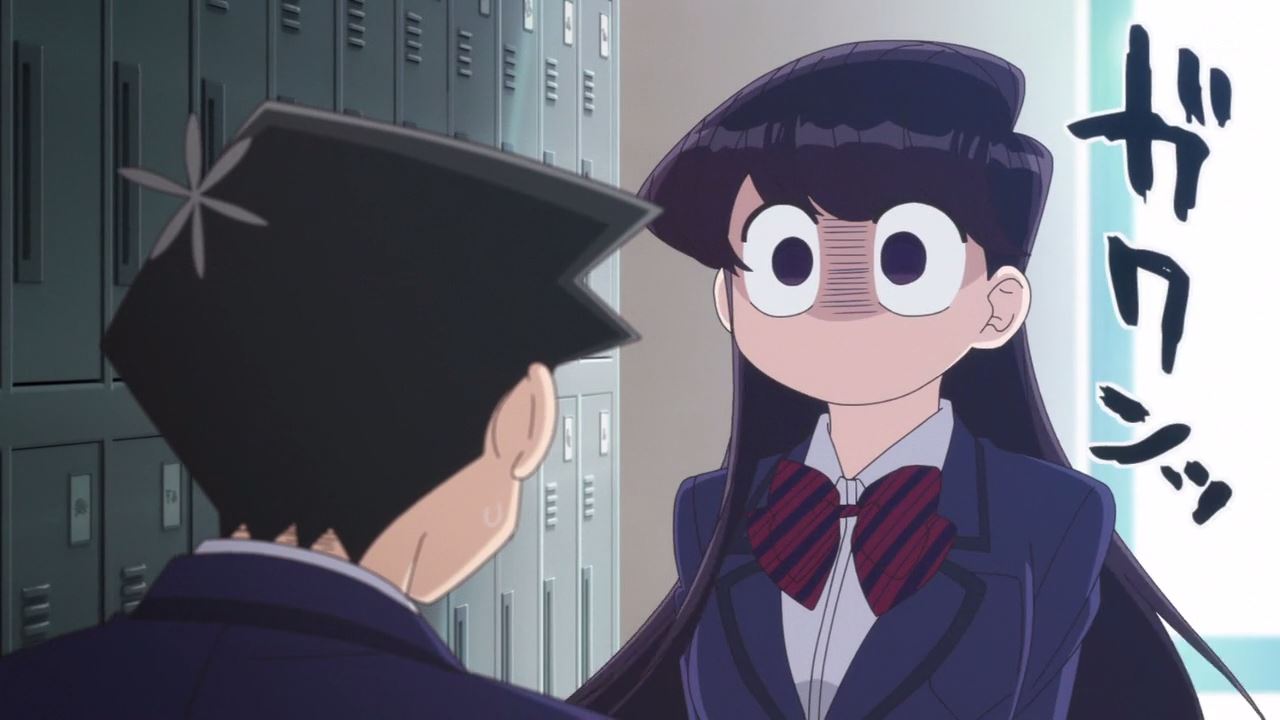 Unfortunately, Komi-san is actually the one who’s stunned as she’s having trouble striking a conversation with her fellow student.

Well, this is a problem as most of the tests conducted in Itan Private High School are actually oral, making it a detriment to the most introverted girl in school. 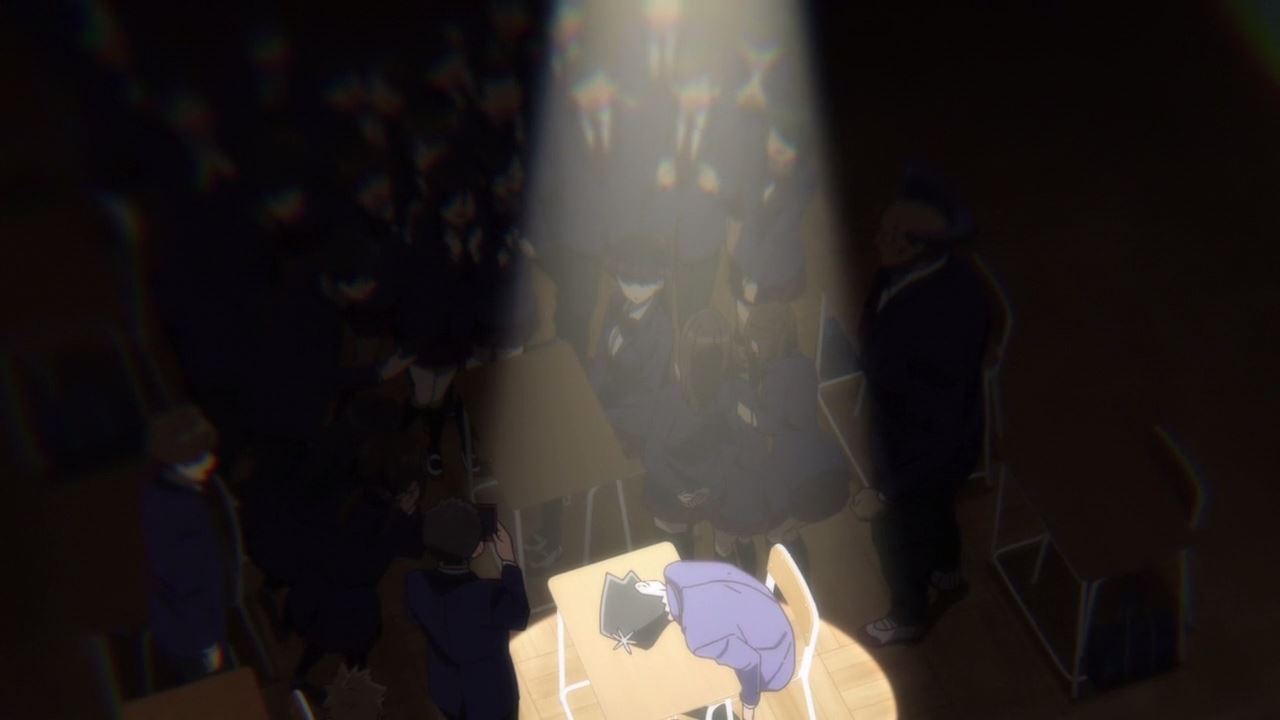 Yet despite having trouble communicating others, most of the students flocked to her as they want to talk to Shouko Komi even though they’re not aware of her inadequate communication skills. 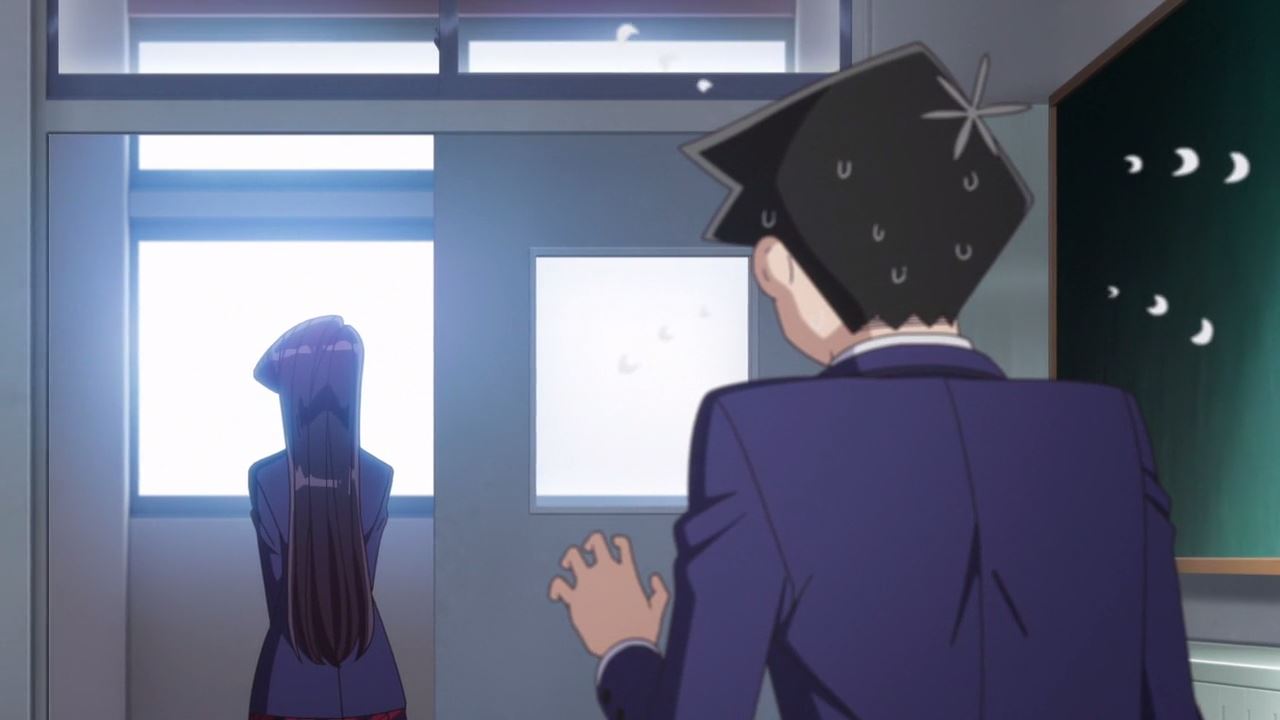 Anyways, Hitohito Tadano asks Shouko Komi if she’s having trouble striking a conversation with other students. Really direct there, Tadano-kun! 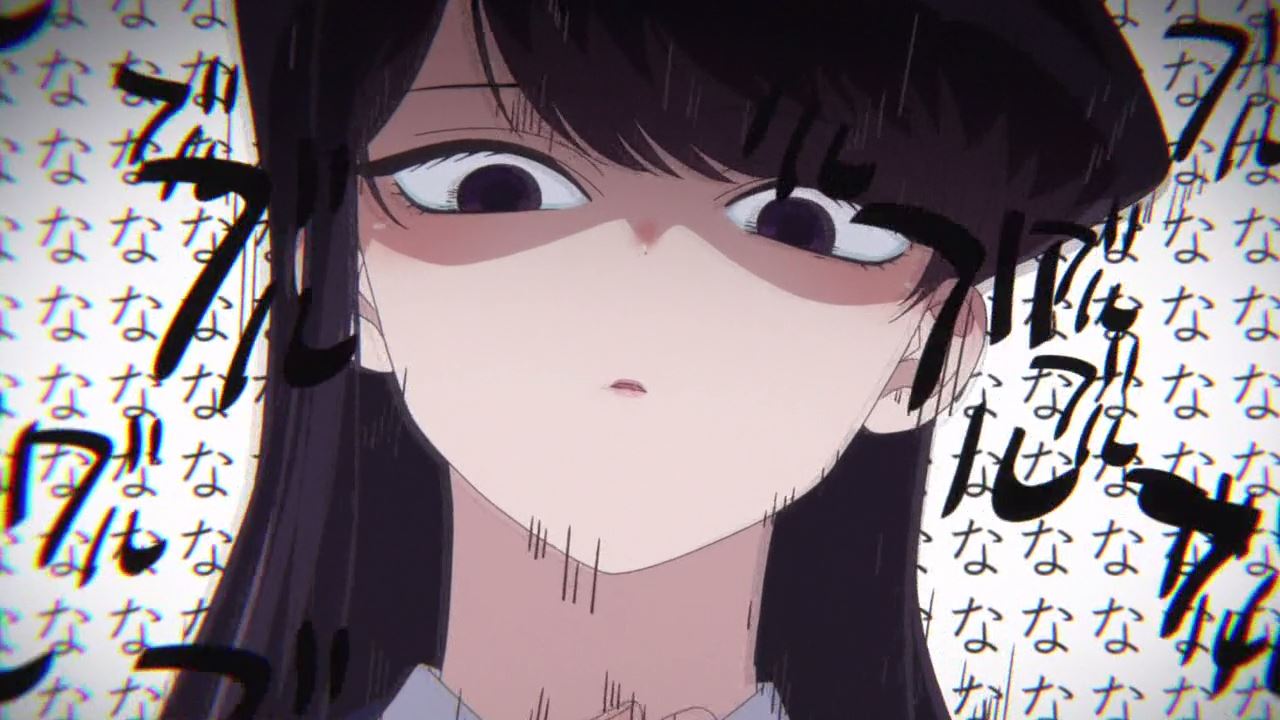 Of course, Komi-san is really frightening to see upon talking to her, despite the fact that she’s not really angry but being shy because she can’t speak her mind. 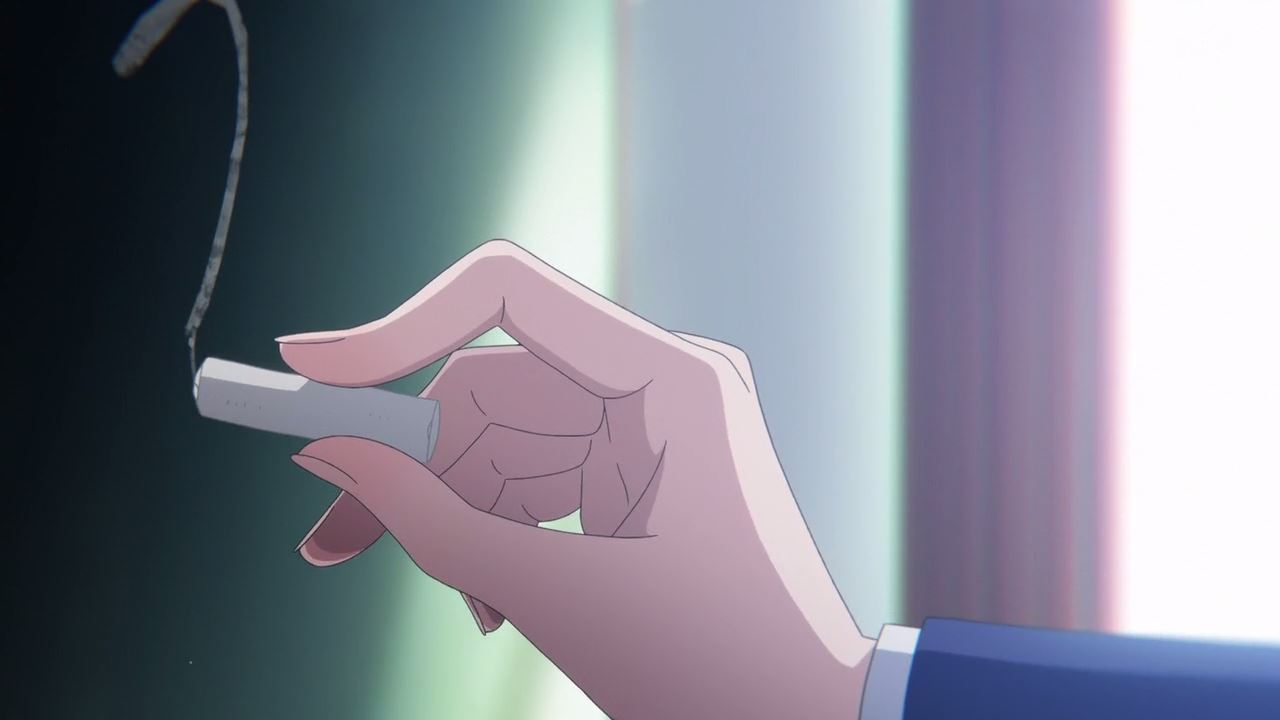 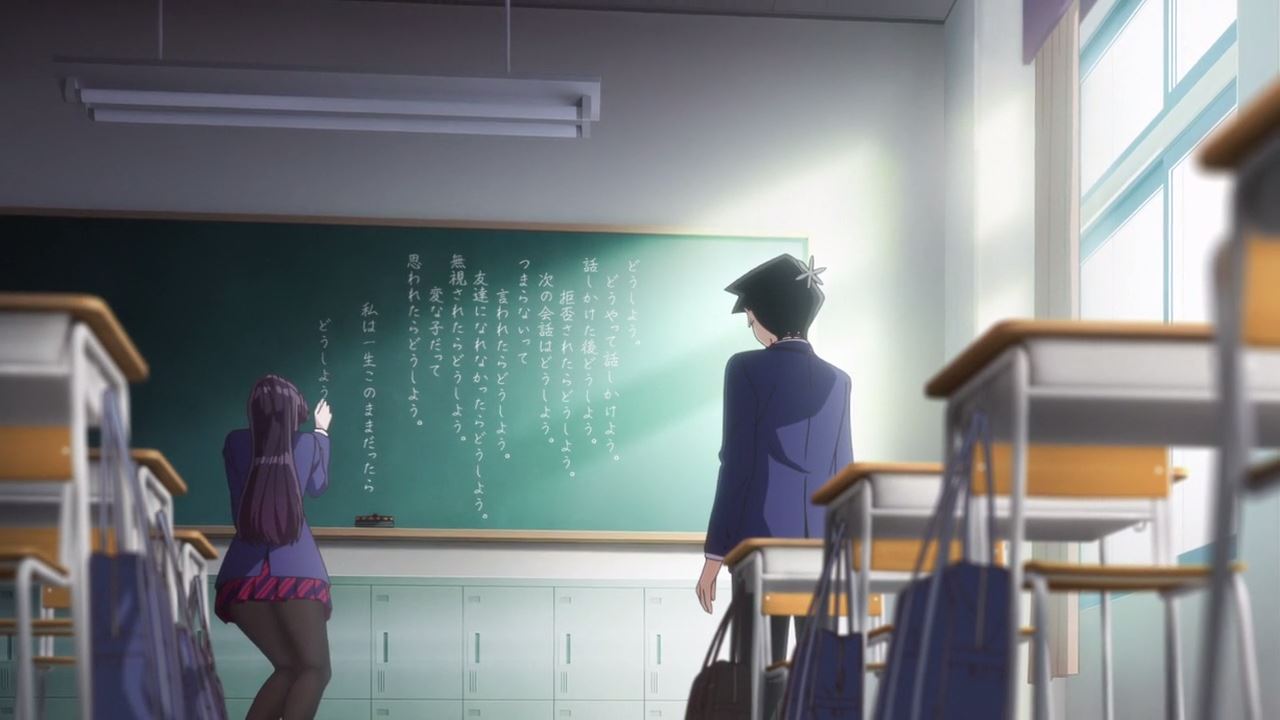 And so, Komi-san decides to express her frustration in written form. Gotta say that I really understand her plight because despite having a tremendous presence, her challenges regarding her communication skills prevents her from making lots of friends. 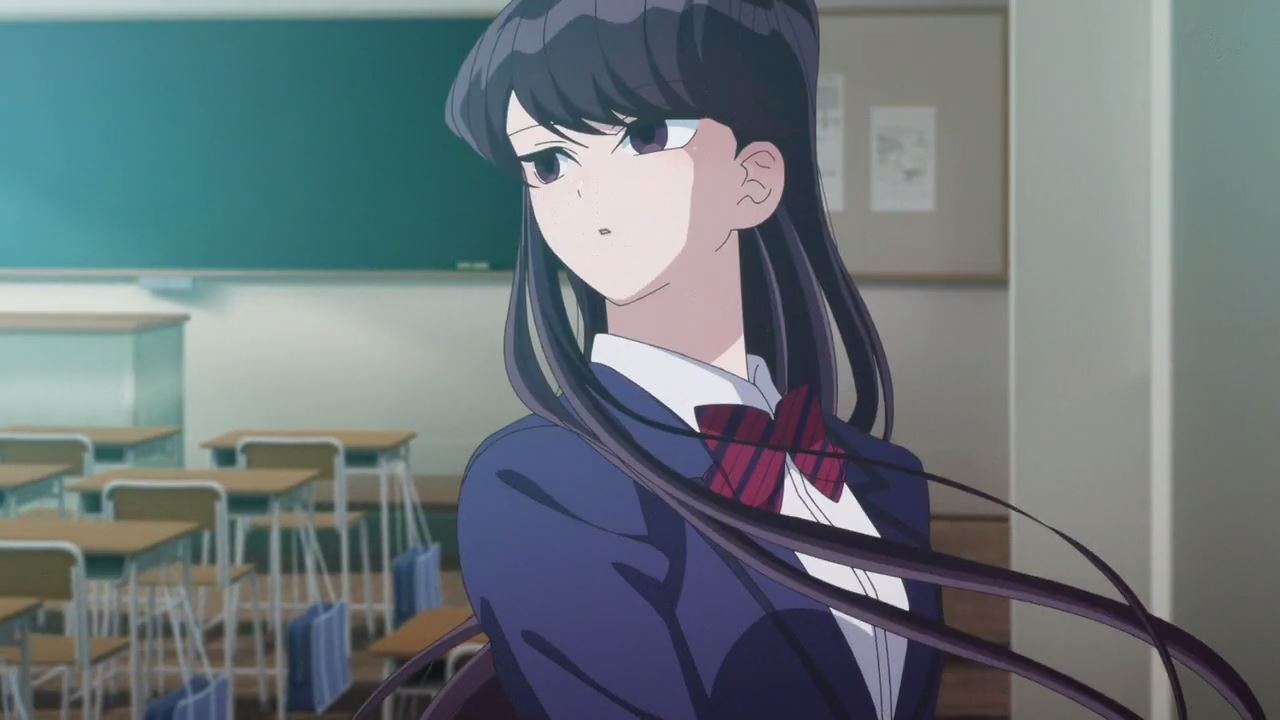 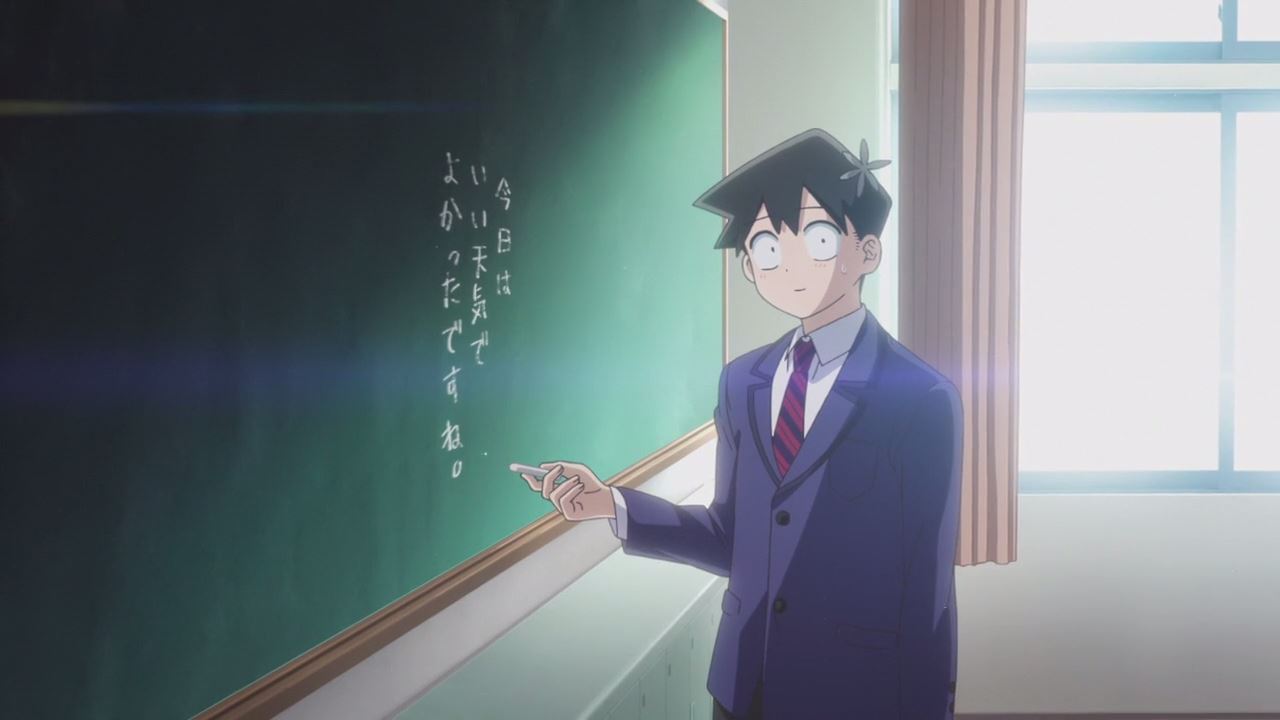 Fortunately, Tadano-kun decides to help Komi-san out as he made a reply… in written form. Really glad that his mood-reading skill is useful for helping Komi-san when it comes to communication. 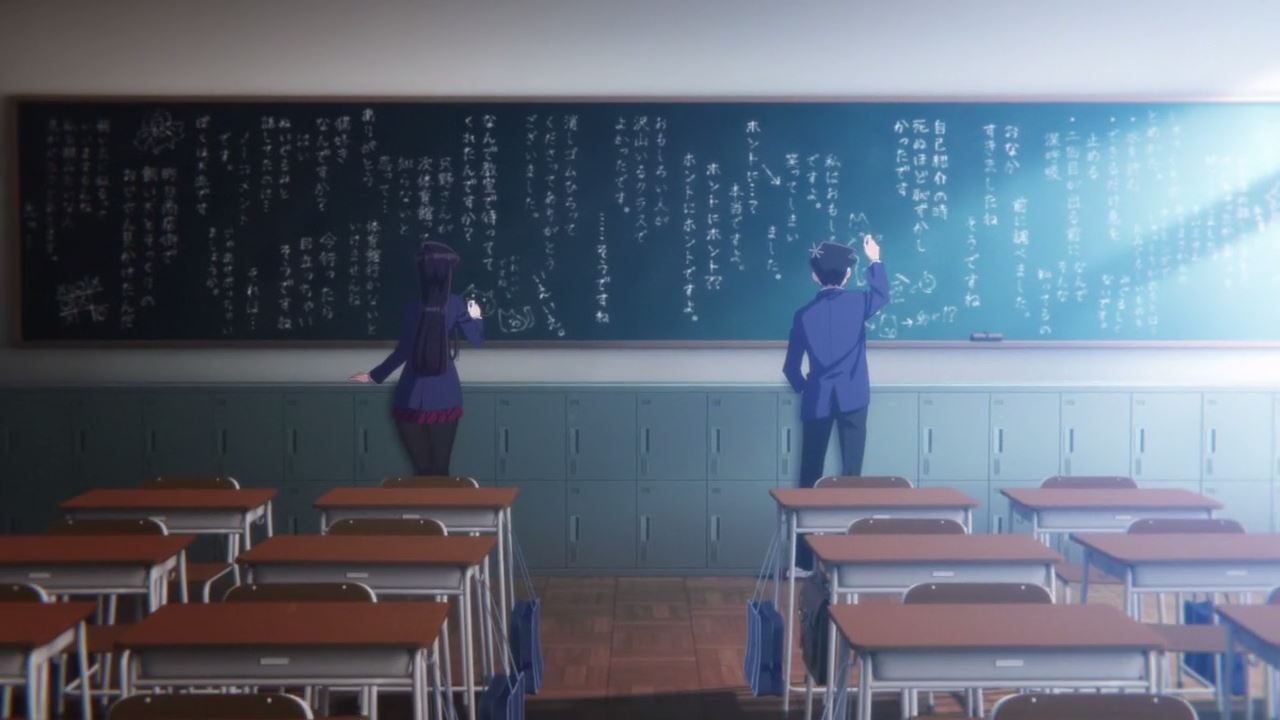 But that concludes Episode 1 of Komi-san wa, Komyushou desu. where I end this episode with a nice montage of Komi-san and Tadano-kun writing their thoughts to each other in a blackboard.

I have to give props to OLM for making a nice anime adaptation so far. Sadly, it’s hard to follow this show without English subtitles unless you opted to wait for Netflix to release all 12 episodes. Regardless, I’m really interested on watching this show! 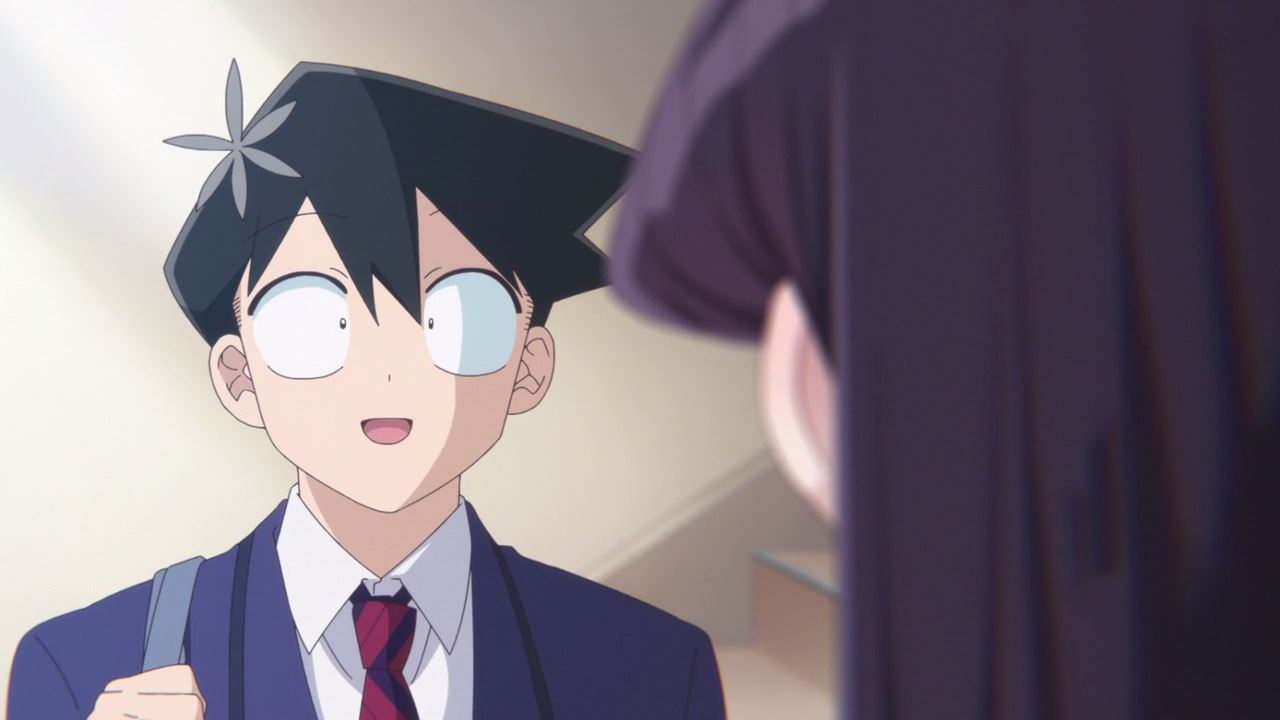 One more thing, here’s Tadano-kun where he teaches Komi-san to say “I want to make friends with you!” as a starting point. 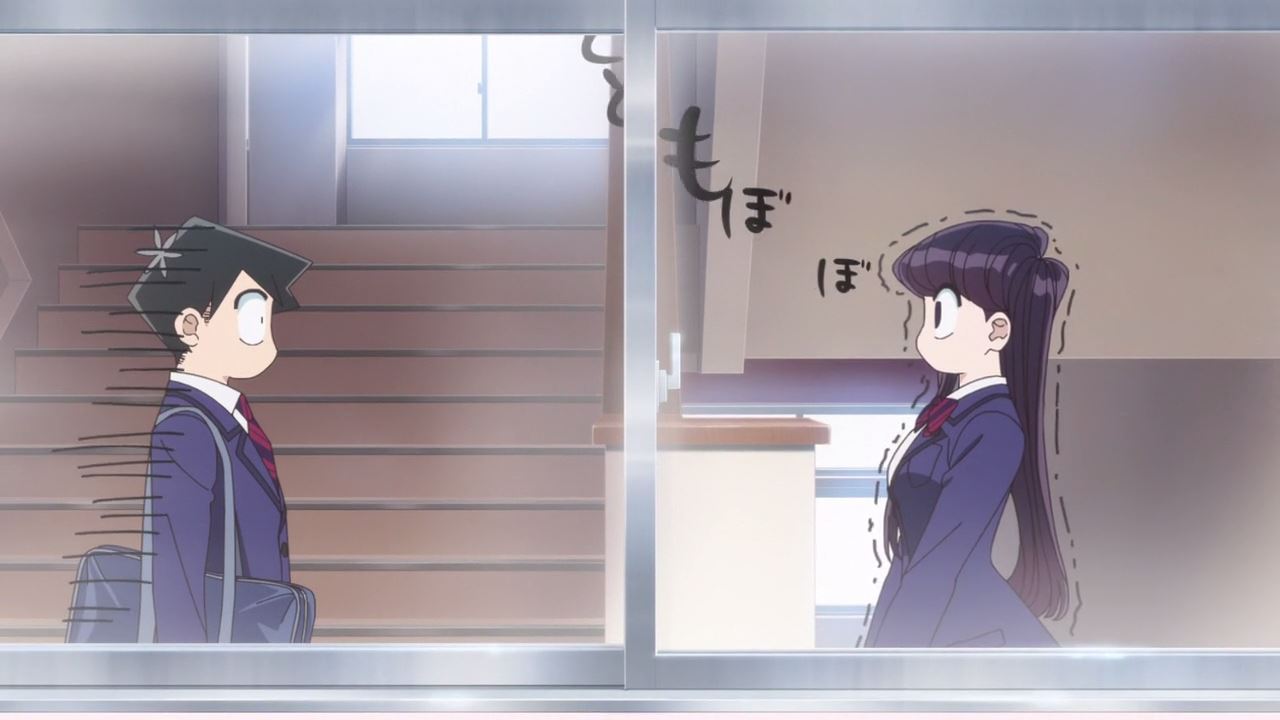 Then again, it appears that Komi’s words couldn’t let out in a coherent manner. Looks like the road of fixing Komi-san’s communication skills has begun as I’ll see you next time!