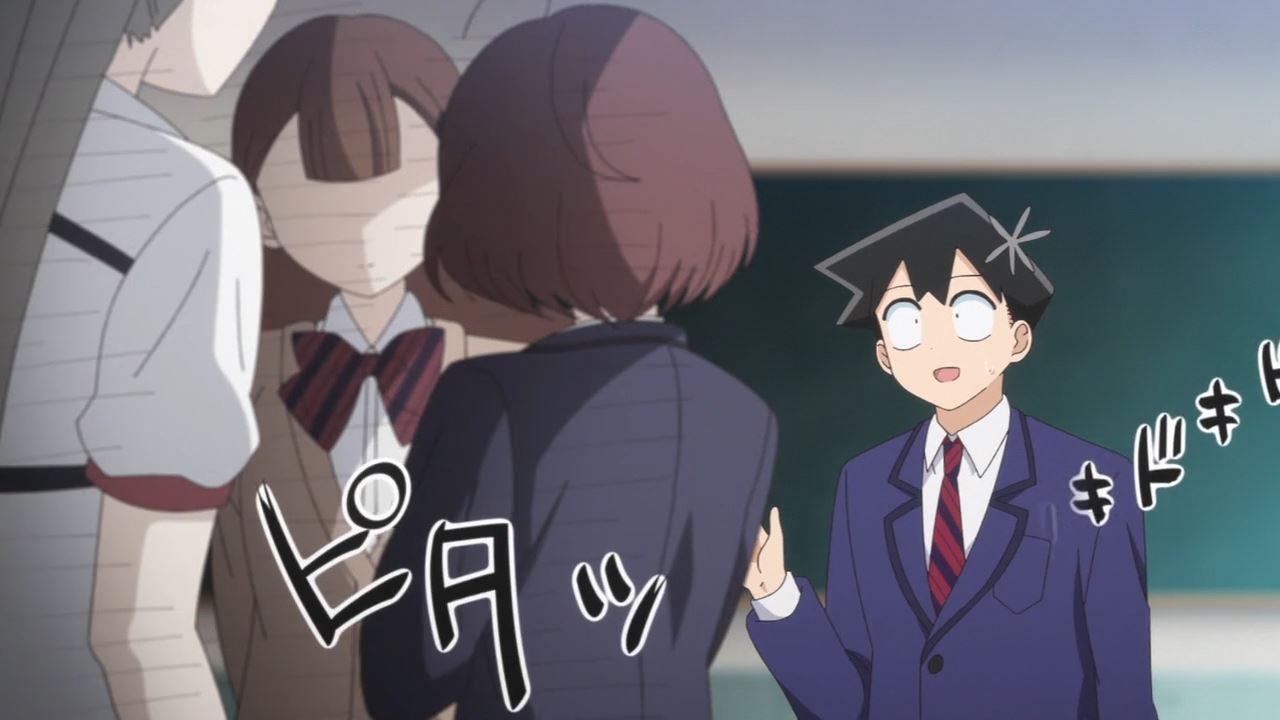 Here’s Hitohito Tadano where he tries to communicate with his classmates so that Shouko Komi can make friends. 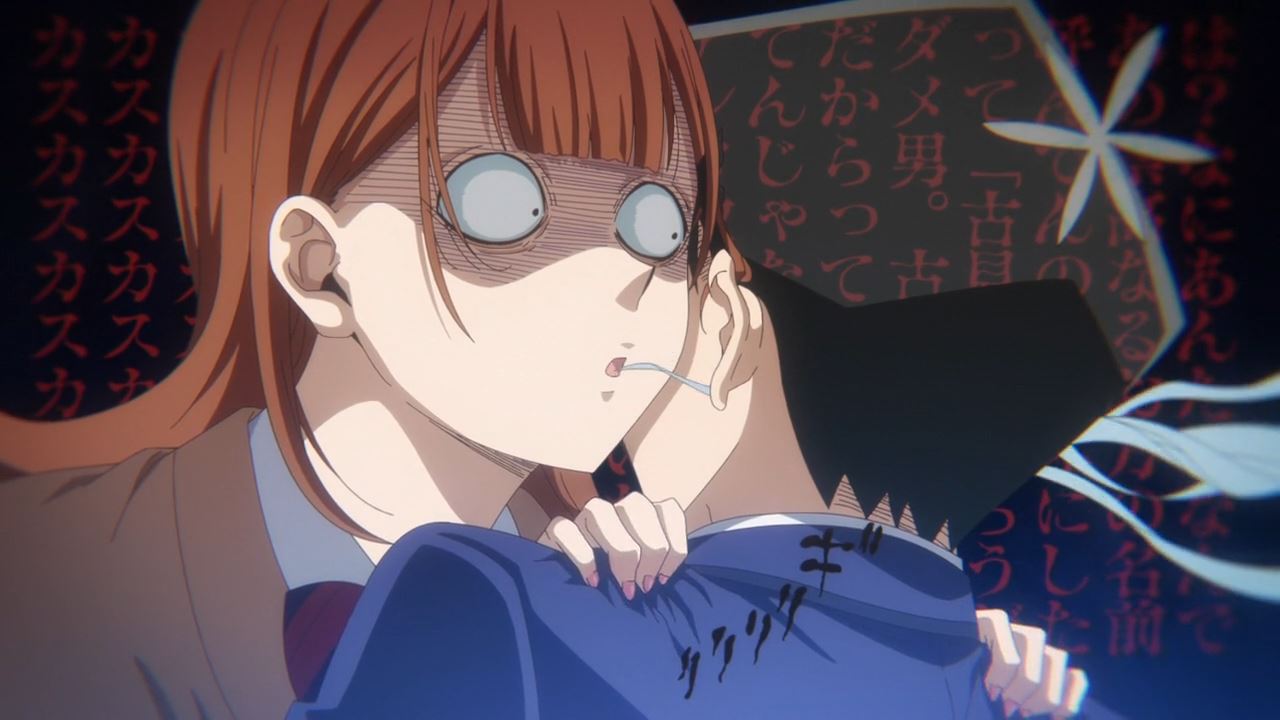 Except that one of Tadano’s classmates told him to stay away from Komi-san ’cause he’s a league below her.

Wow, they sure praise Komi-san highly despite having trouble communicating others! 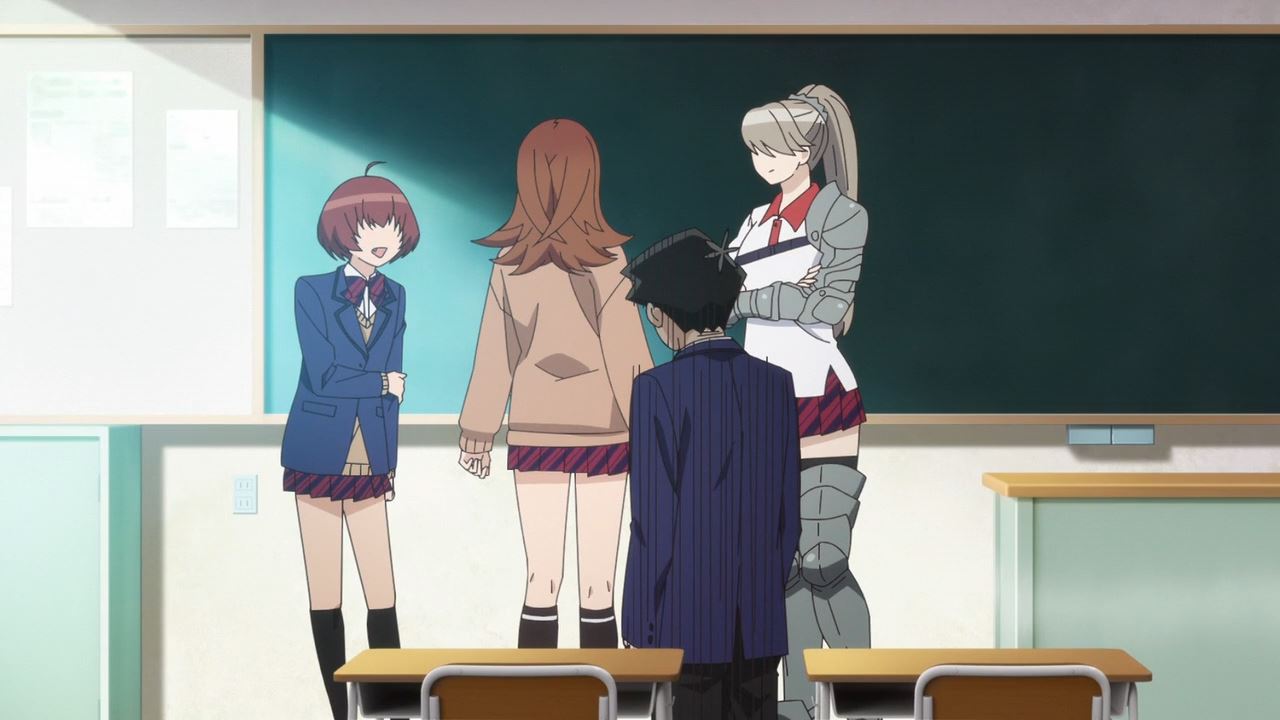 Anyways, looks like Tadano-kun failed to talk to his classmates because how plain he is compared to the goddess that is Komi-san. Also, what’s with that girl in armor?

Still, it’s not the end of the world ’cause there’s one person he can talk to. 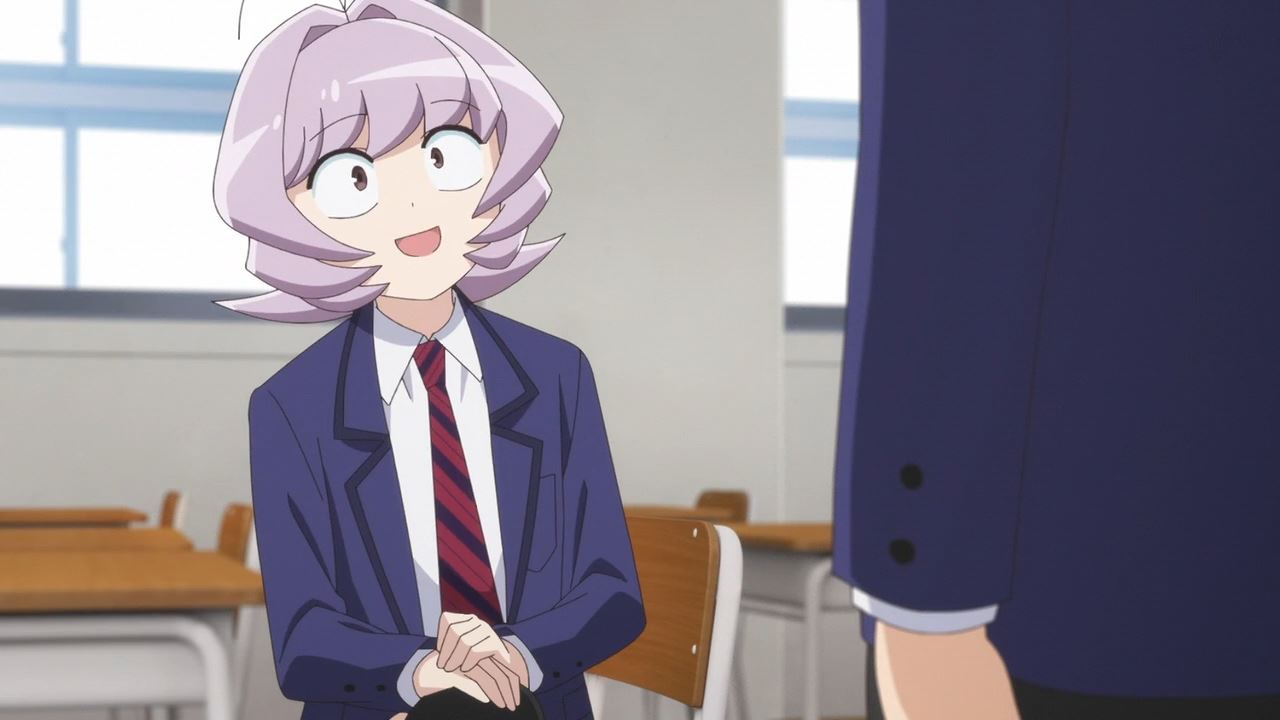 And that’s his childhood friend named Najimi Osana, or just Najimi, as she’s capable of talking to various people. By the way, is it me or that Najimi is very hot that she befriended people… in bed?

Nah, there’s no way this childhood friend is a slut as Najimi will try to make friends with Komi-san. 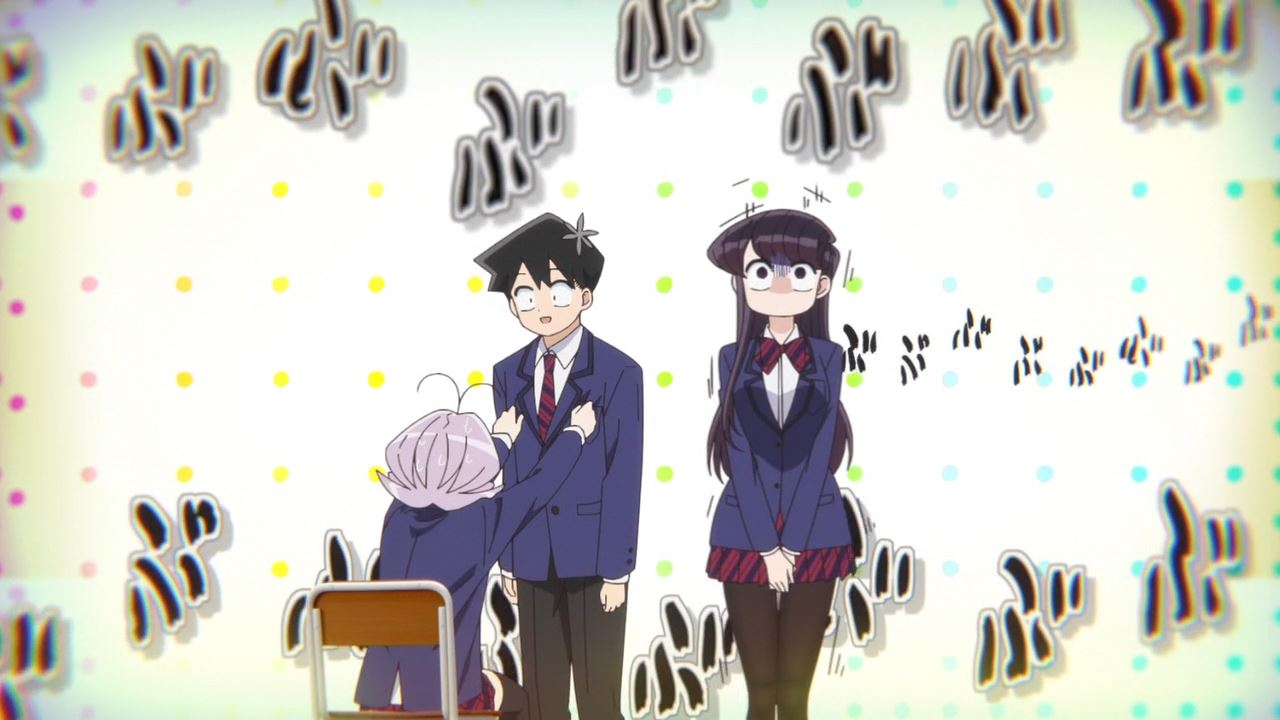 Except that Komi is really frightening up-close that Osana just gave up. Oh, and it’s not the first time either as Najimi tried to befriend her back in elementary.

Looks like Shouko Komi will have a hard time making genuine friends. 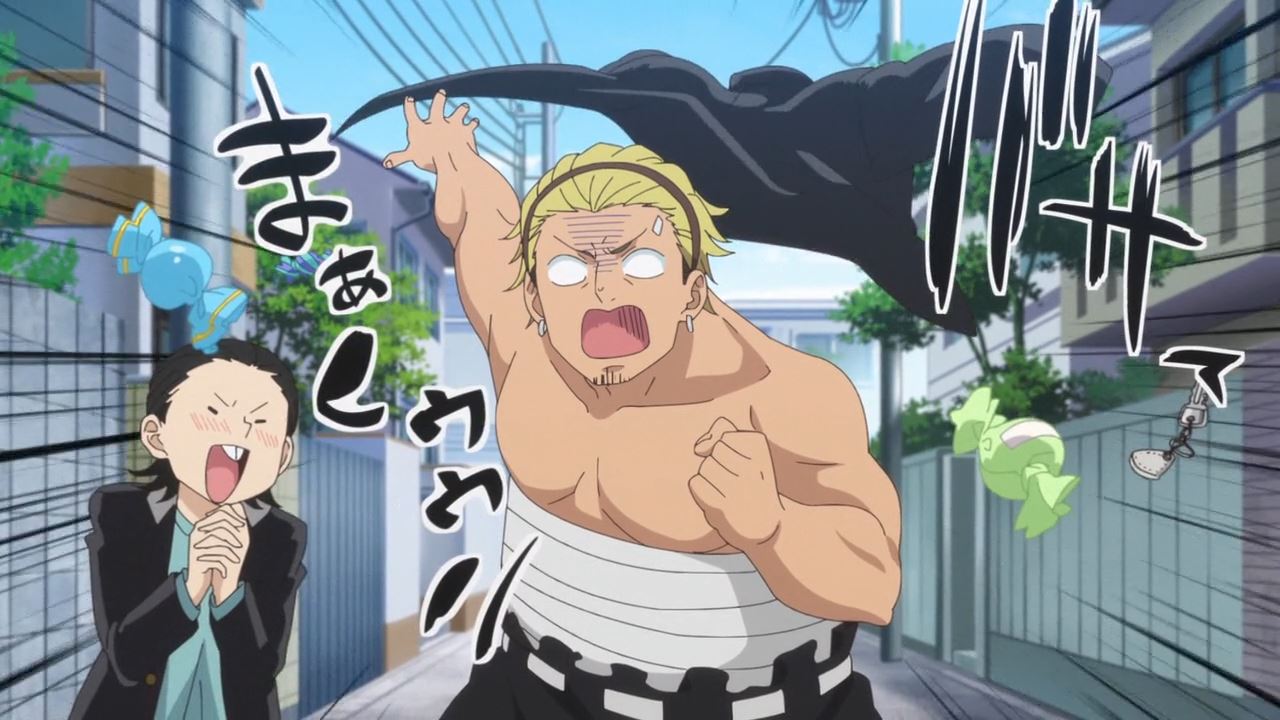 On the other hand, it appears that some dude named Maa-kun wants to confess his feelings towards Najimi Osana. Oh, and in a bad way too ’cause Maa-kun looks creepy that he might rape Najimi. 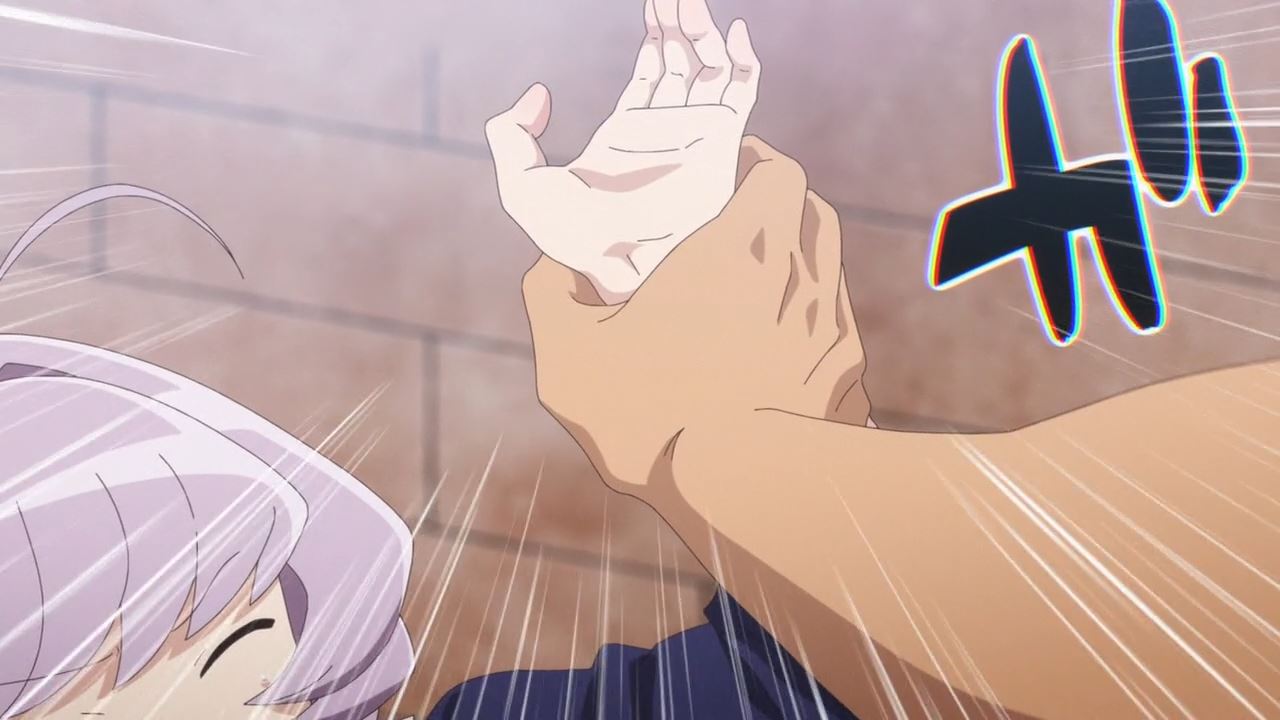 See? He grabbed Osana’s hand as he’ll force the childhood friend to love him. Someone save Najimi as soon as possible! 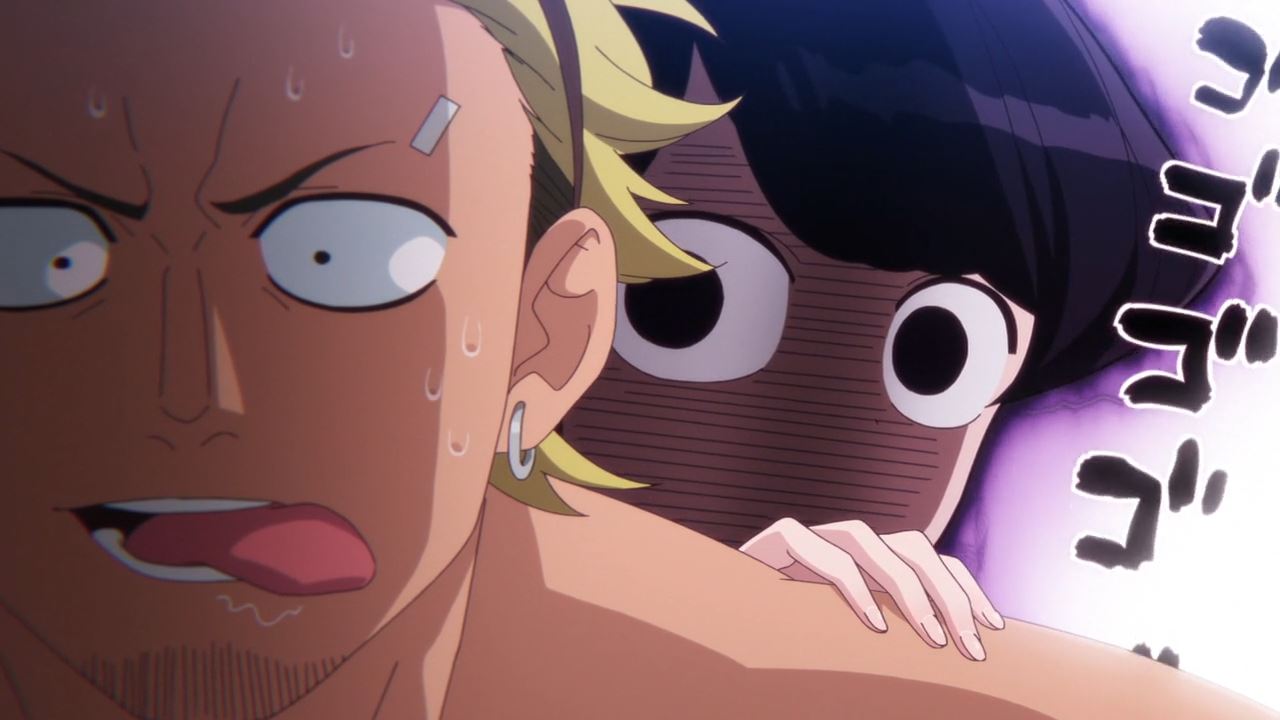 Fortunately, Komi-san is here where her mean look has somewhat worked on Maa-kun that he froze up. 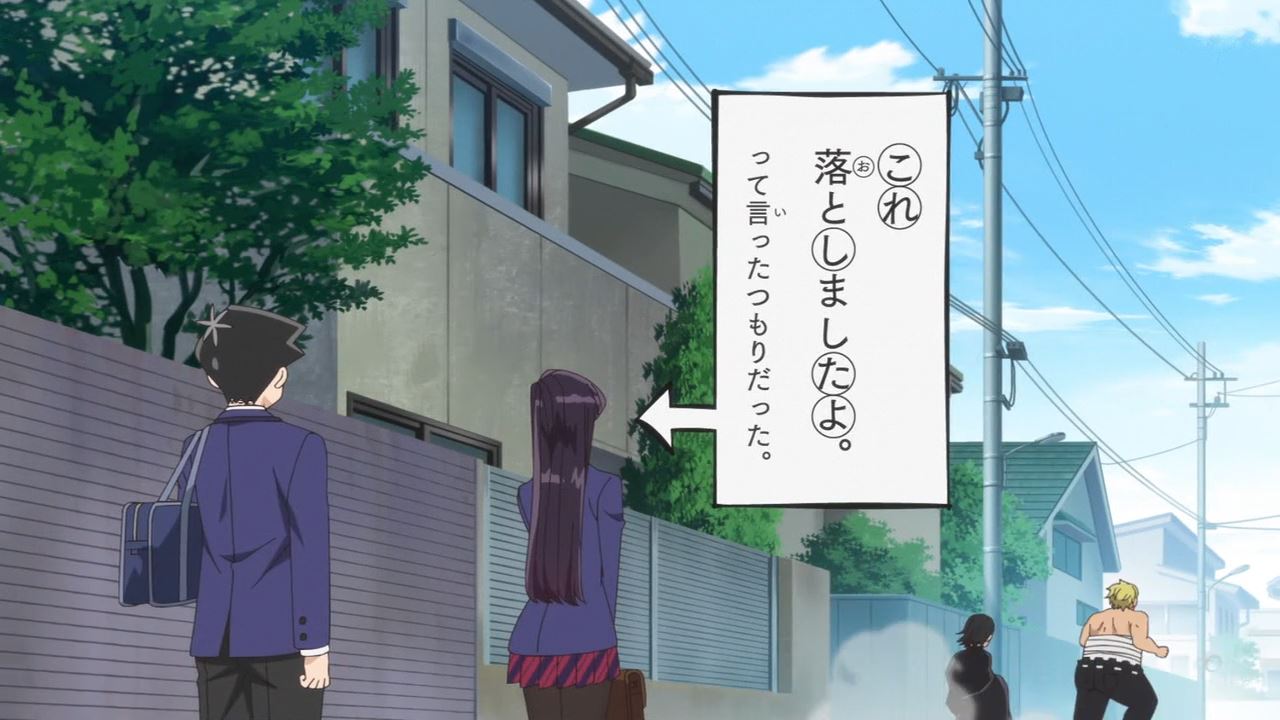 Of course, the truth is that Komi-san wants to give the key back to the hoodlum, but it’s too late now as Maa-kun and his buddy Shii-chan ran away. 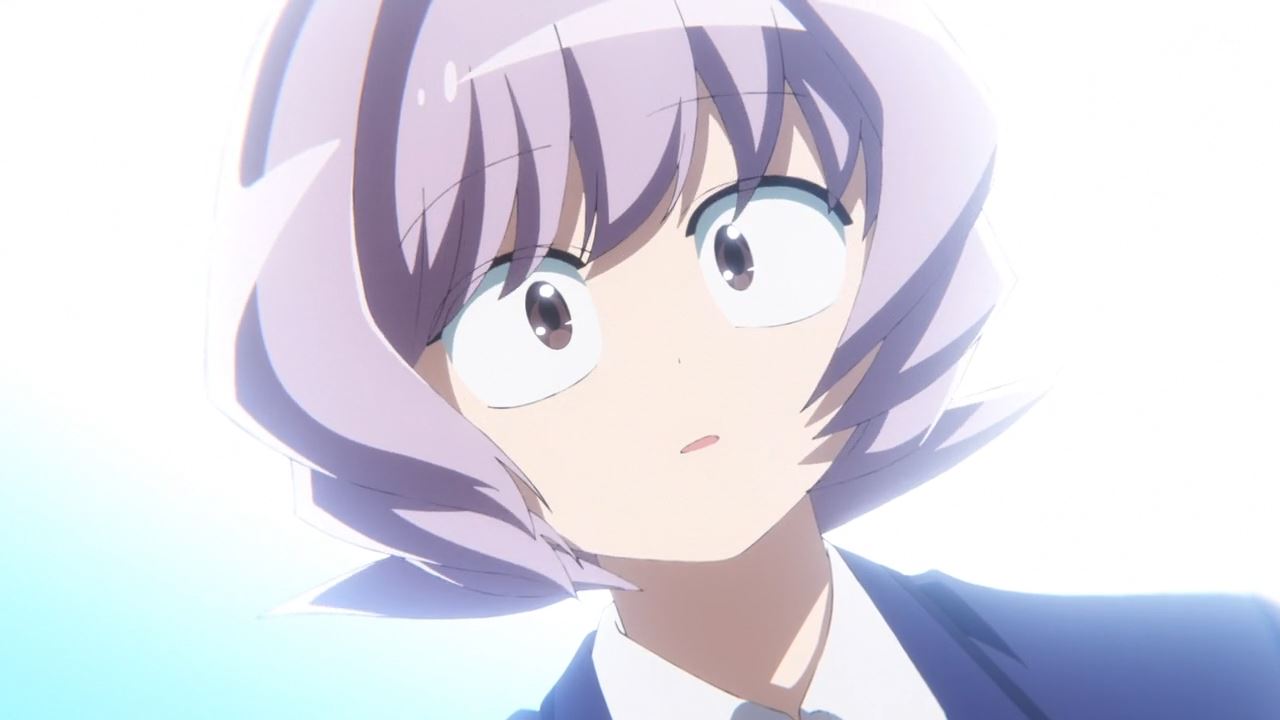 But hey, at least Najimi is finally saved thanks to Komi-san! I guess she can finally befriend the most stoic girl in Itan Private High School. 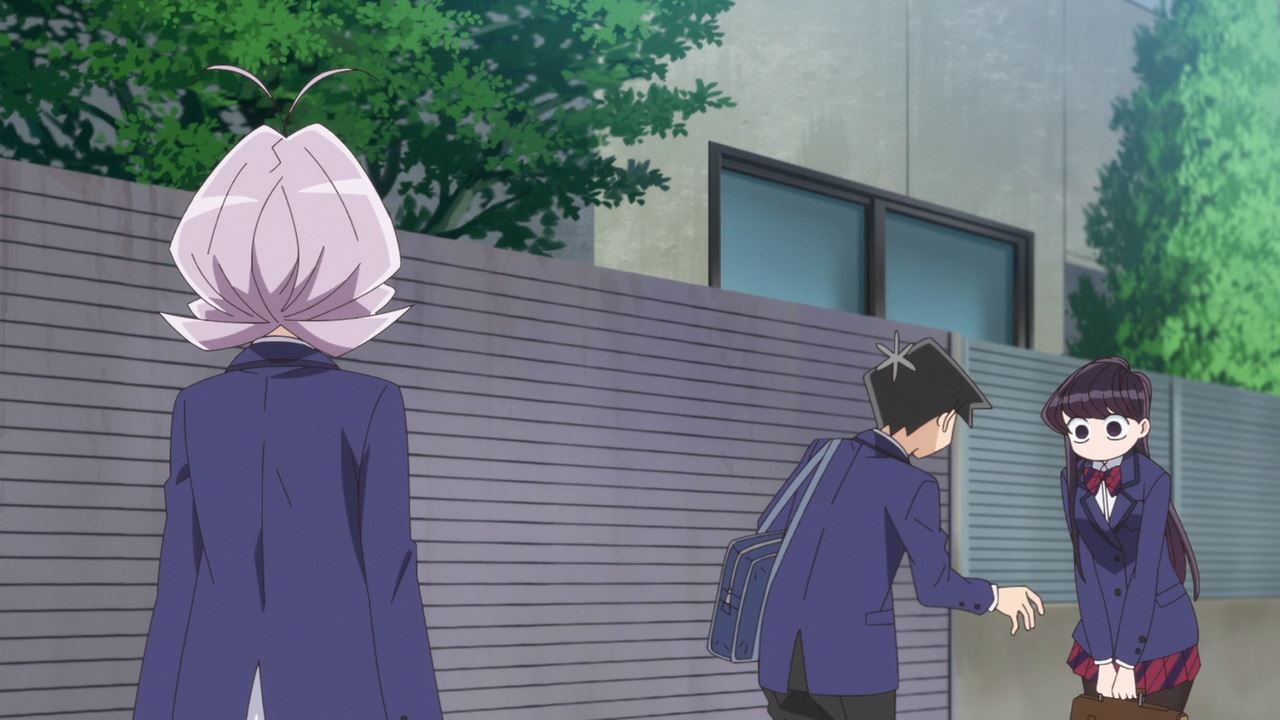 Except that Osana is still scared to approach Komi-san. That’s too bad ’cause Komi-san can have another person she can “talk” to aside from Tadano-kun.

With that said, I’ll see you next time and you know something, I’d say that Itan Private High School is full of misfits and weird-ass people who sees Shouko Komi as their goddess!