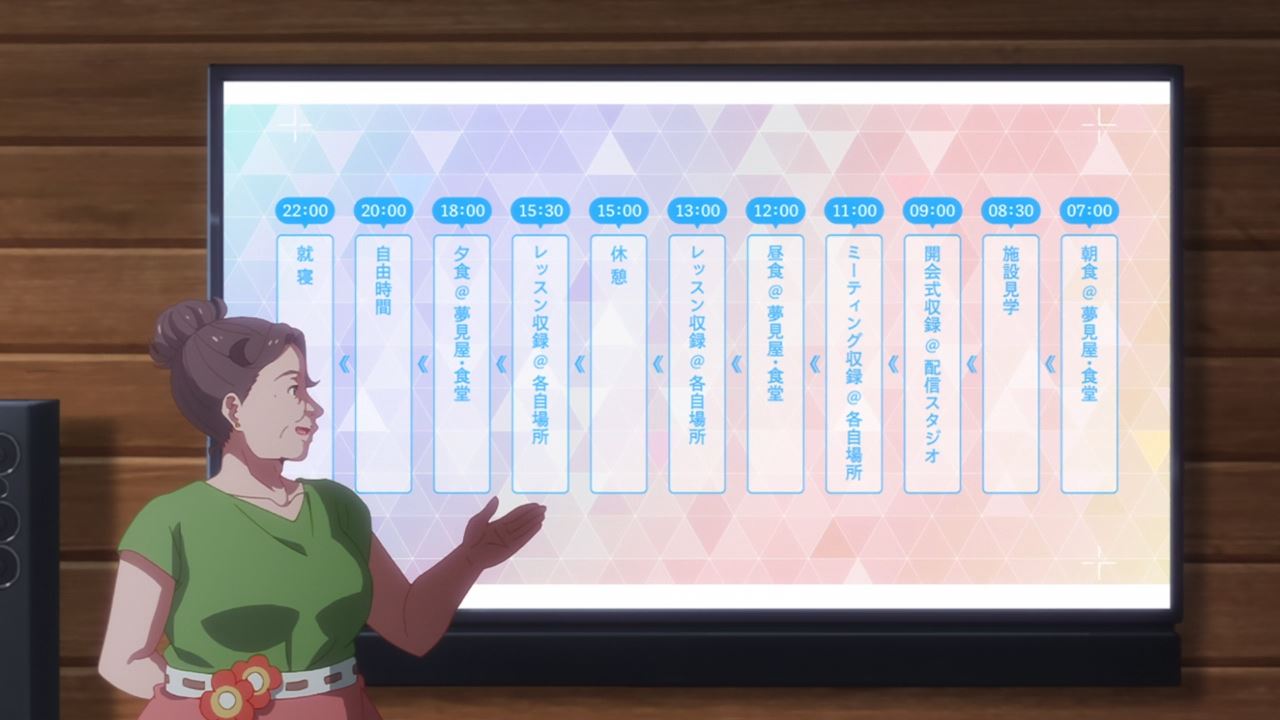 Well everyone, let’s start the 3rd episode with Sunny where she’ll serve as the nanny for the candidates. Oh, and Sunny showed them the schedule for the seventh edition of Selection Project where it’s gonna be a tough competition. 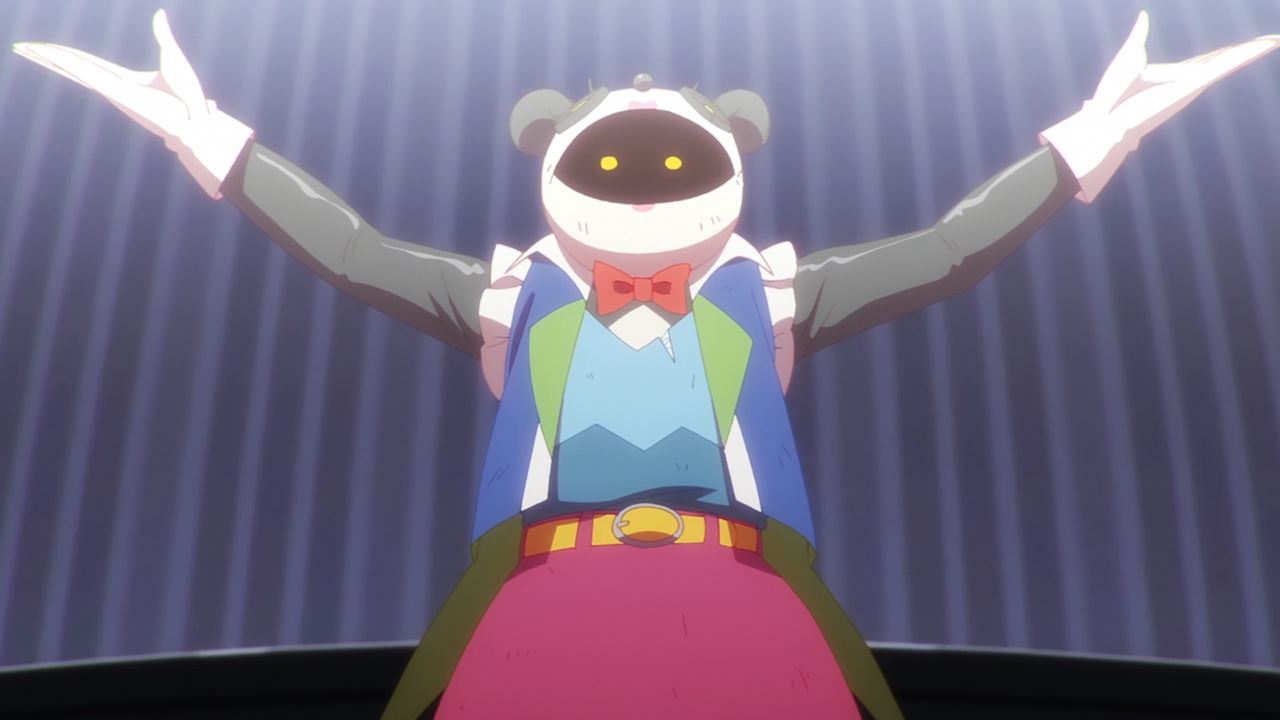 Now then, here’s the mascot of the Selection Project as Sumipanda told the girls that the first round will be a group competition. Whoever reached 100,000 Yells will move onto the next round. 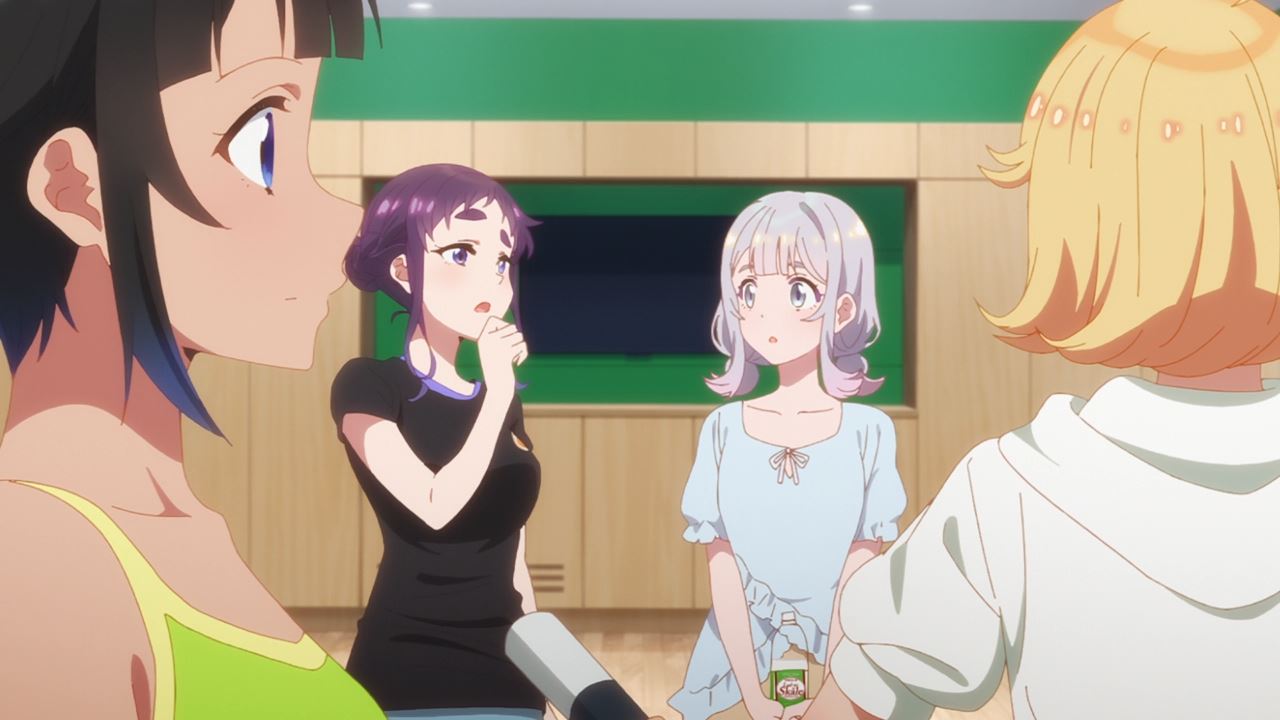 With that said, looks like the candidates have finally formed teams where they’ll perform songs that were previously featured in Selection Project. 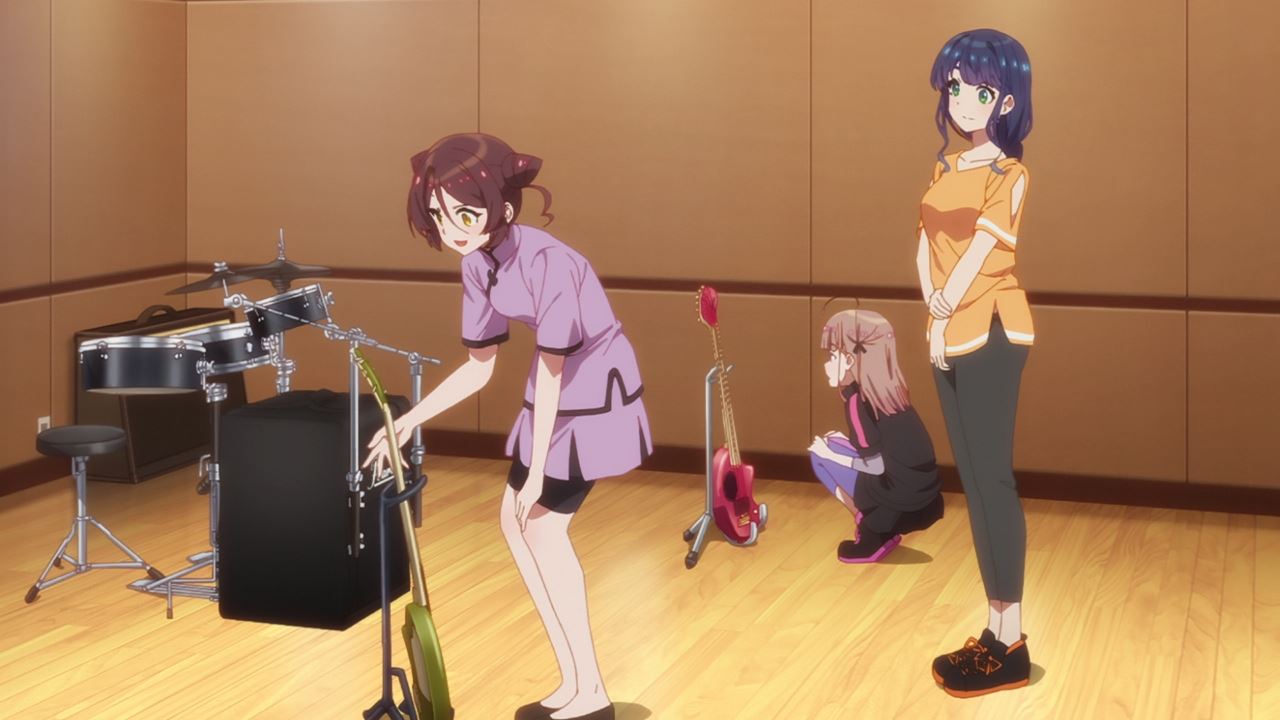 And then, there’s the band team which has Shiori Yamaga, Uta Koizumi, and Mako Toma. Not sure if they can use instruments, but I’m hoping that they’ll make it through. 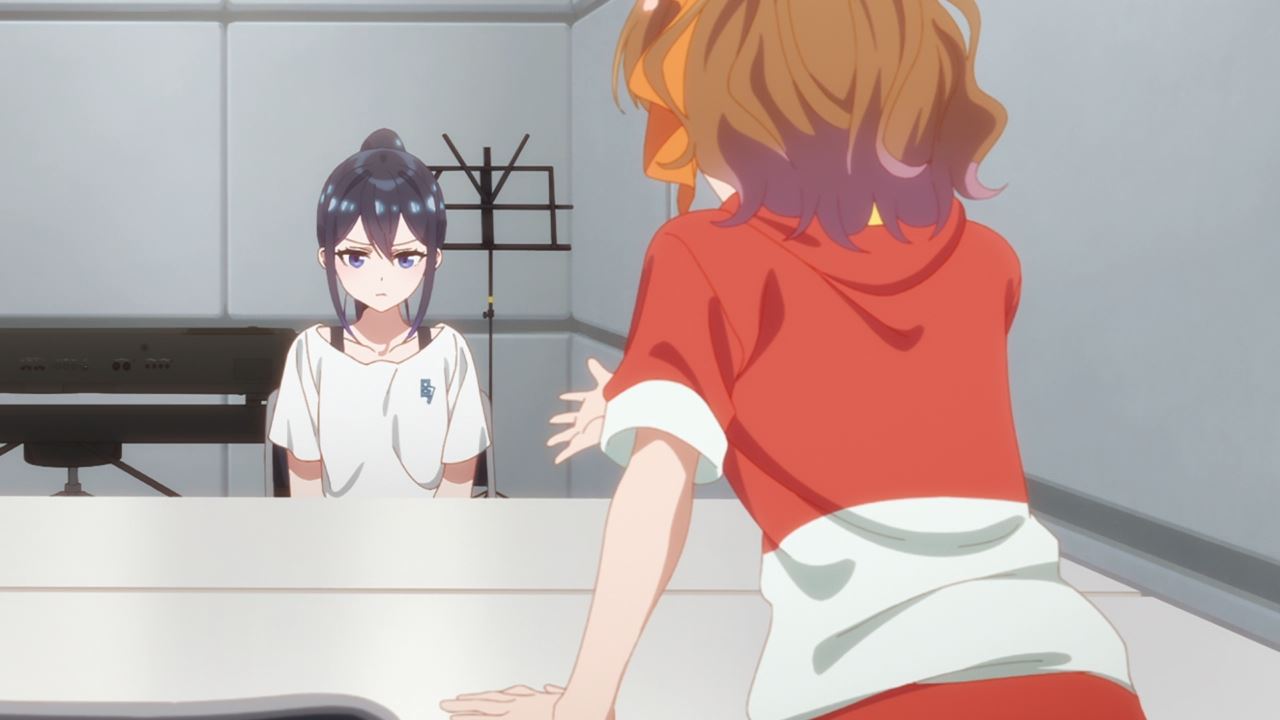 Finally, here’s the singing diva team which consists of Rena Hananoi and Suzune Miyama. While Suzu wants to cooperate, Rena refused to help her out ’cause she sees everyone as her rival. 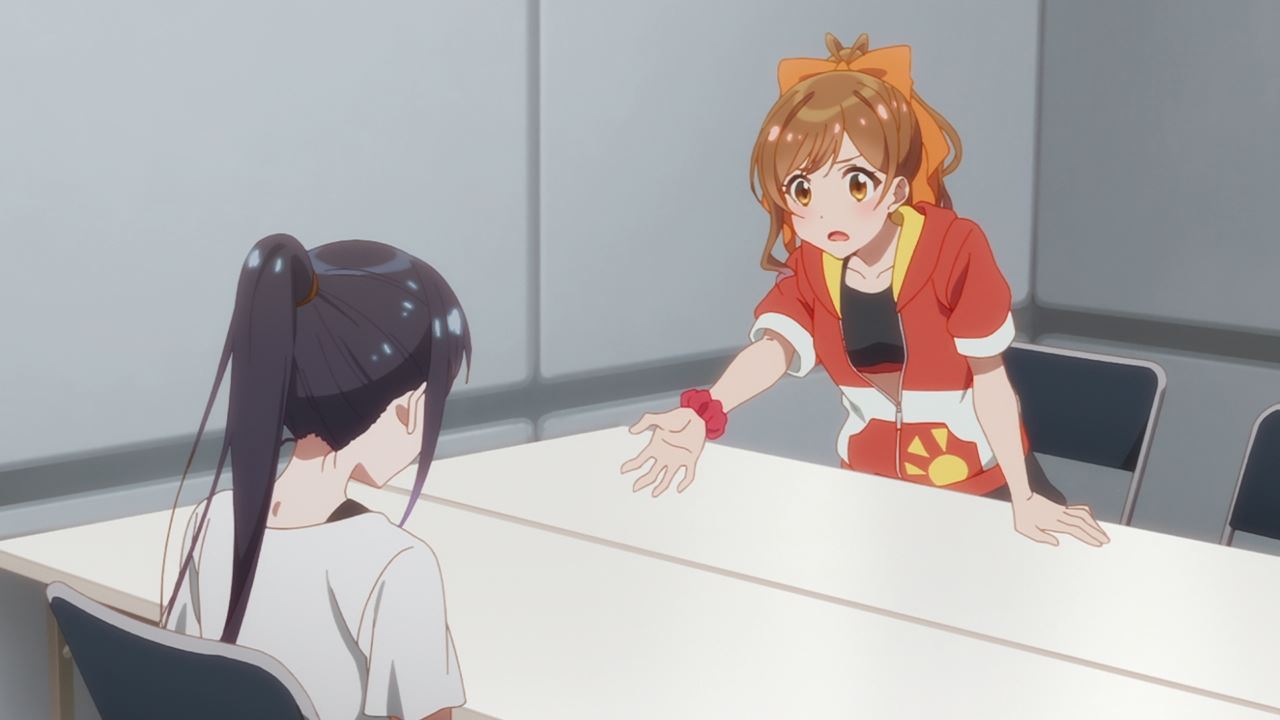 But seriously, this team might lose on the first round because they can’t cooperate, even though Suzune tries to lend a helping hand to Rena. Man, I’m worried about then! 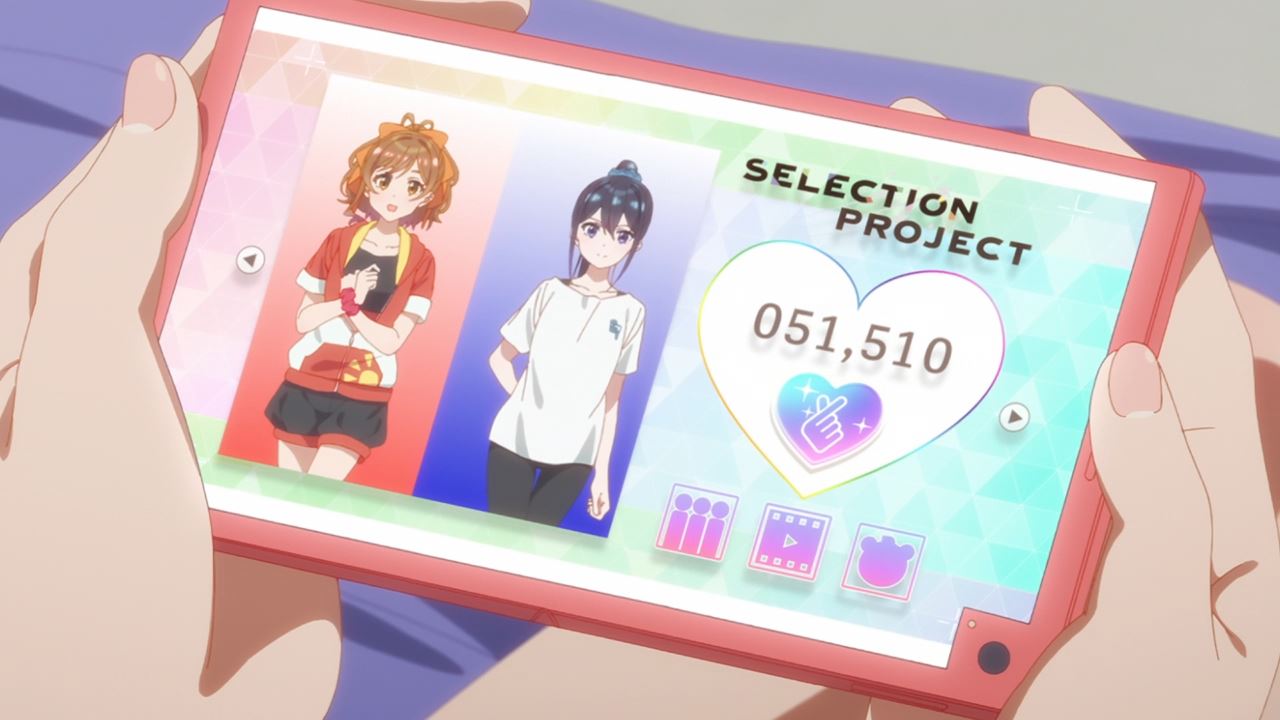 But to the surprise of many, it appears that the Suzu/Rena pair gained over 50,000 Yells. What’s with the sudden increase of points even though they haven’t made any progress? 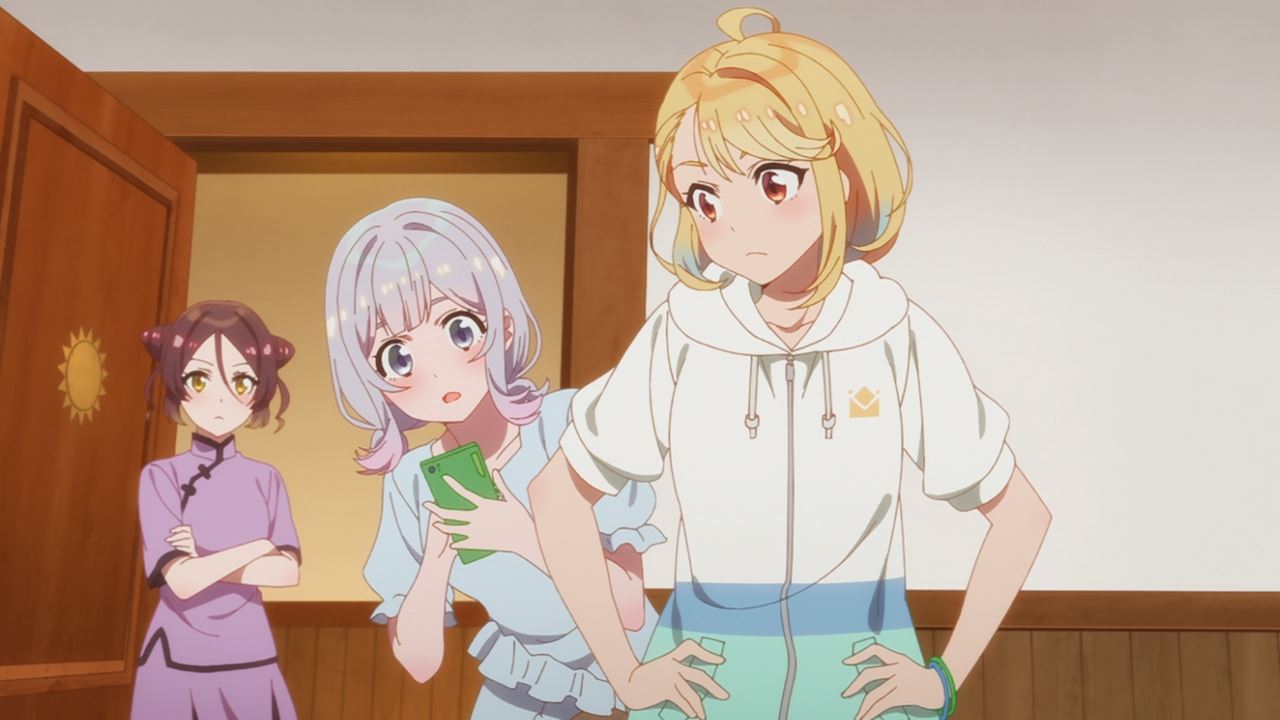 Turns out that there’s a tip regarding Rena Hananoi as Nagisa Imau showed something from her smartphone. 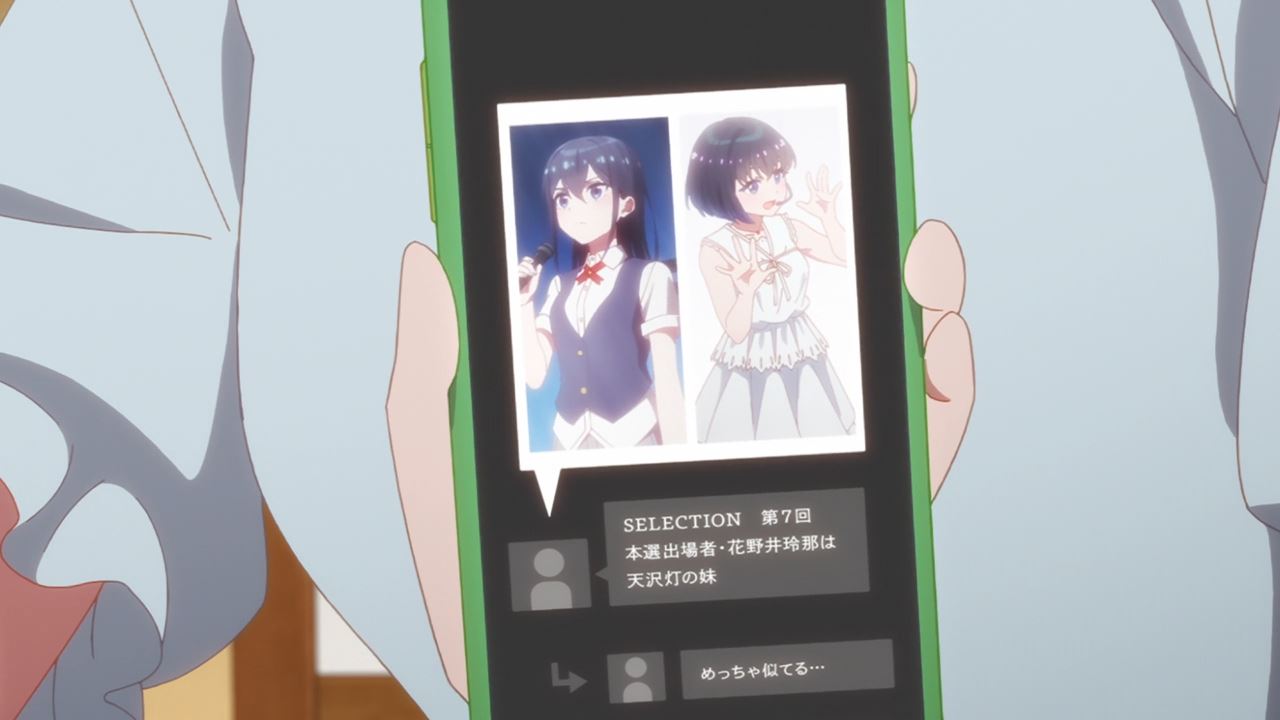 As you can see, it’s revealed that Rena Hananoi is the sister to the first winner of Selection Project, Akari Amasawa. It’s no wonder why everyone gave their Yells to Rena ’cause she’s related to Akari. 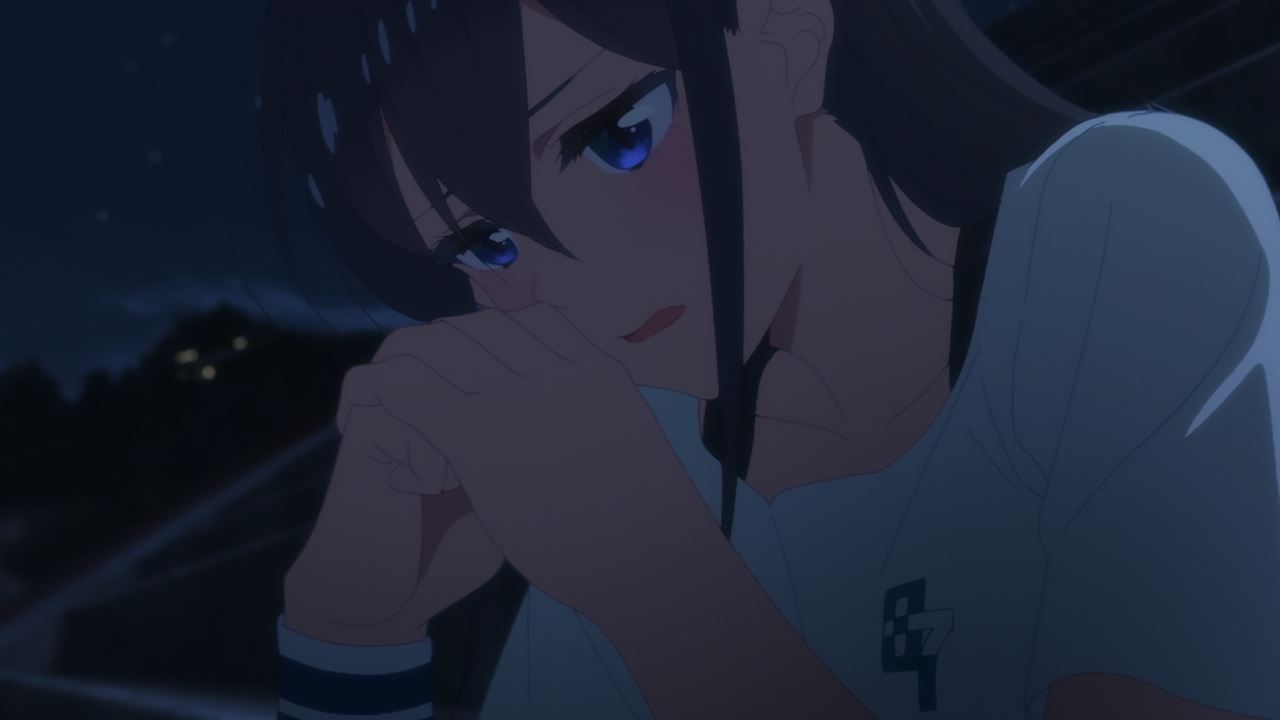 However, Rena Hananoi is not happy about it as she wanted to go even further on her own. It’s no wonder why she’s very hostile towards everybody. 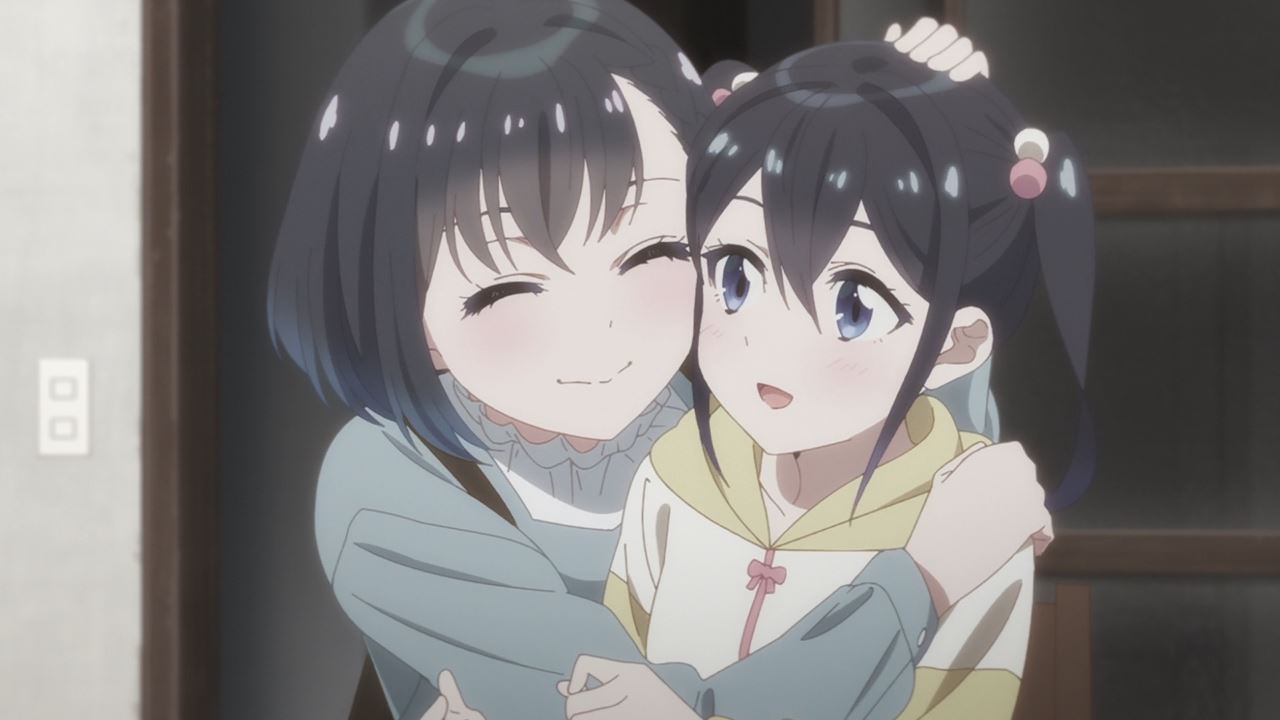 But regarding her relationship with Akari, it appears that it got a bit strained ever since Amasawa won the first edition of Selection Project.

And by the way she went big with her idol career, Akari died in a car crash which Rena didn’t get the chance to reconcile with her sister. 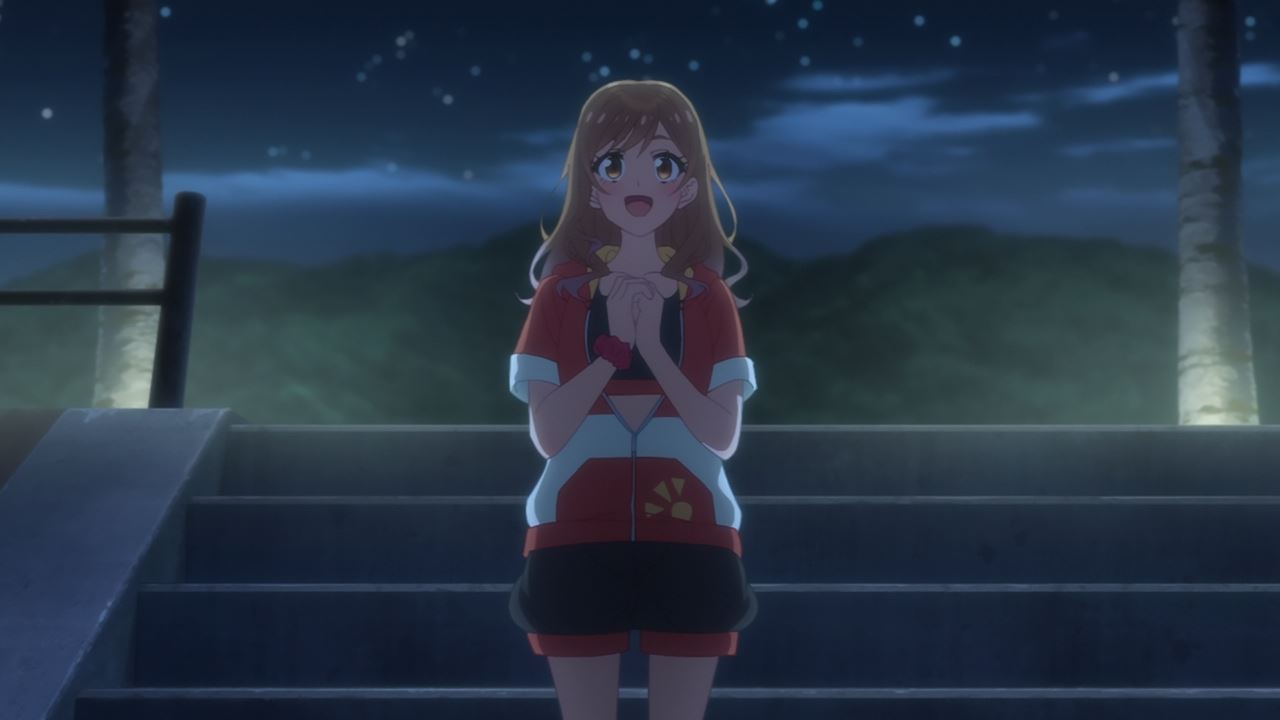 Of course, there’s Suzune Miyama where she’s inspired by Akari Amasawa to live longer and pursue her dreams despite her ailing heart condition. I guess fate has brought them together thanks to Akari Amasawa’s brilliance.

Still, both Suzune and Rena will have to work together in order to make into the first round. Sure that they’re rivals but in the end, they’re pursuing their dreams of becoming idols. 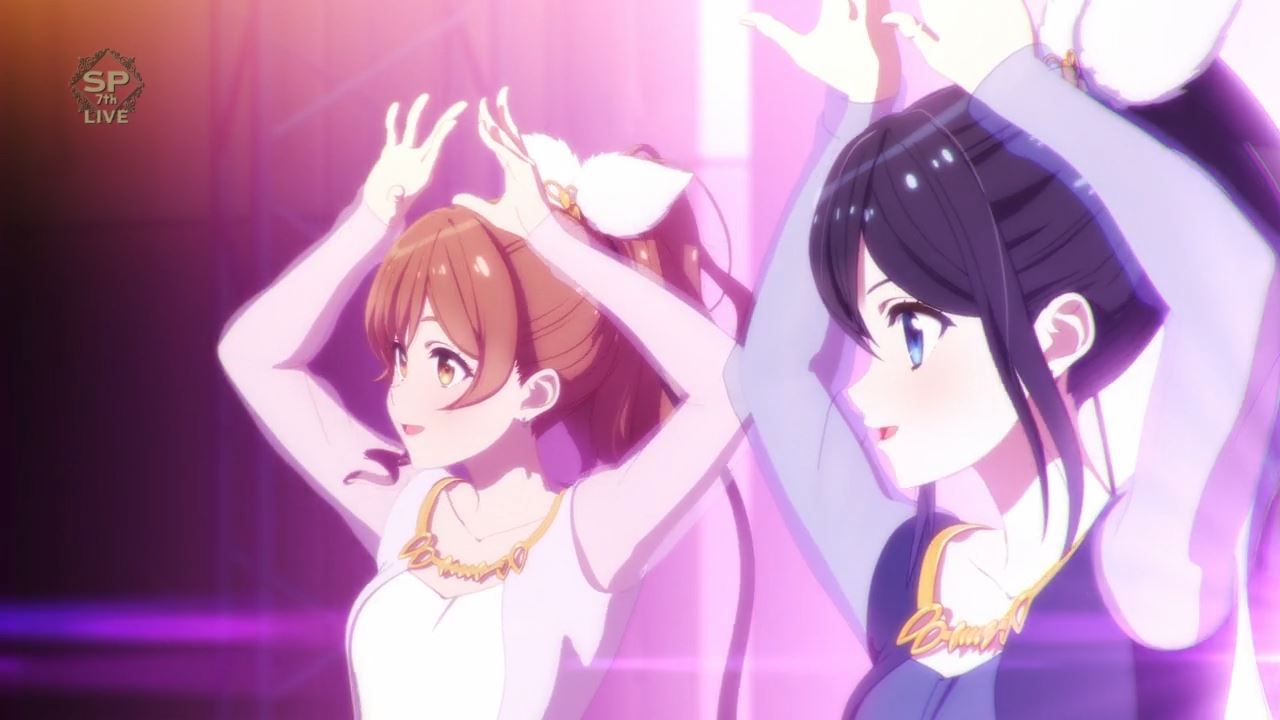 And now, let’s end this episode where the duo performing “Butterfly Bright”. And by the way, it’s actually a surprise performance where Suzu and Rena have little time to prepare, yet they managed to put up a good show.

Oh yeah, I must say that the dance sequence is decent-looking despite being animated in fluid CGI. Still, I wonder if the duo make into the second round? 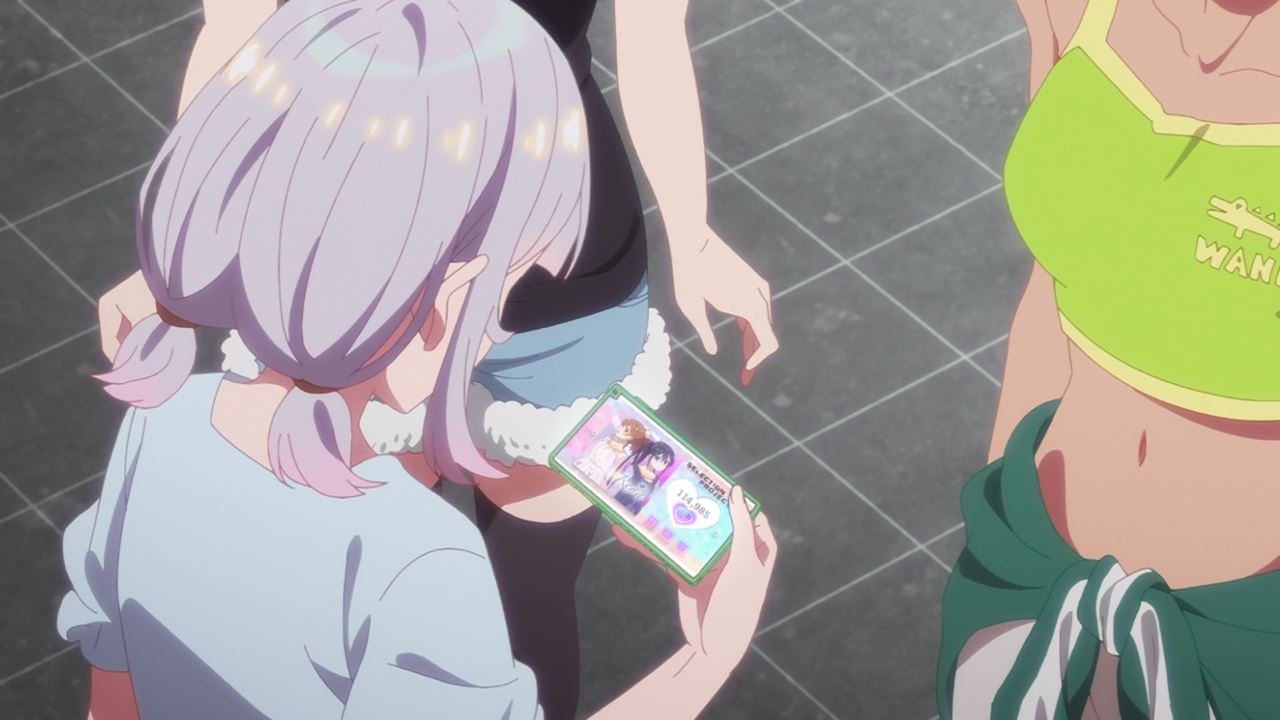 Well, they managed to reach over 100,000 Yells thanks to their surprise performance. Looks like Suzune Miyama and Rena Hananoi are getting closer to their dreams. 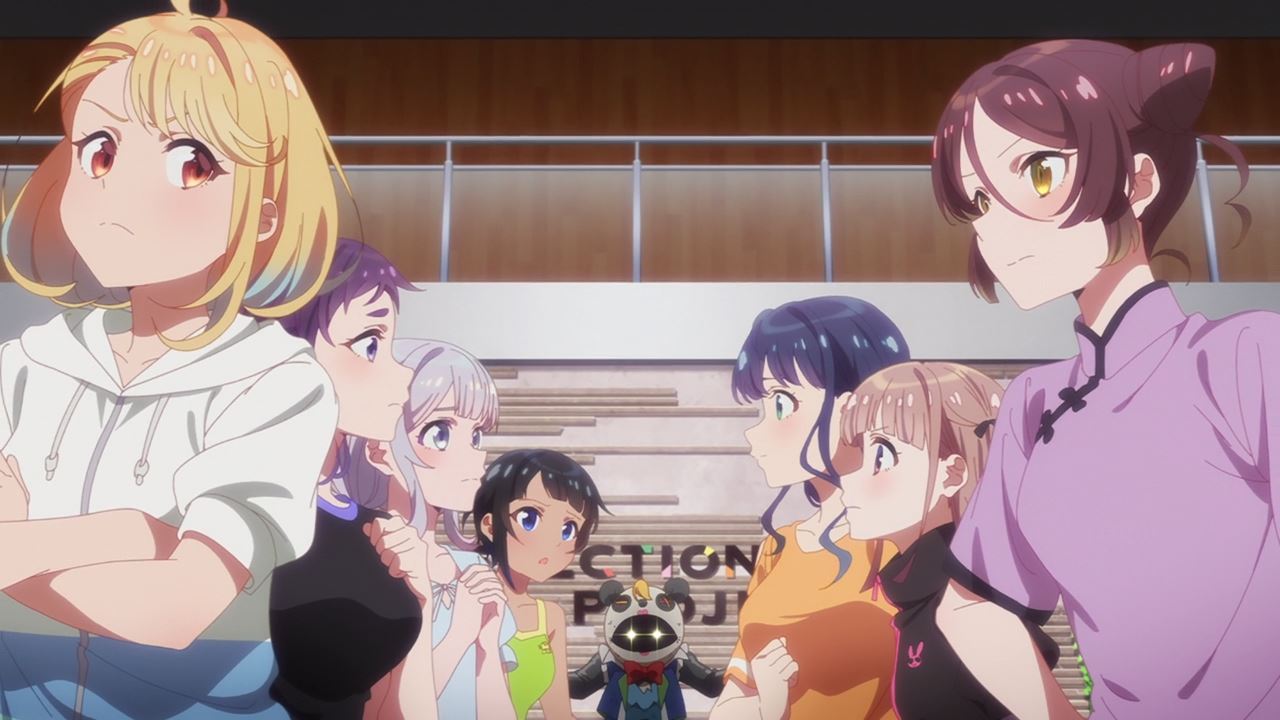 But as for the rest, looks like the competition in the first round got a bit fiercer as these two teams must work hard to get 100,000 Yells or they go home.

Well then, I’m really shocked that Rena is related to the first winner of Selection Project, but I feel that she’ll become famous in her own right rather than being a shadow of Akari. Anyways, tune in next time!