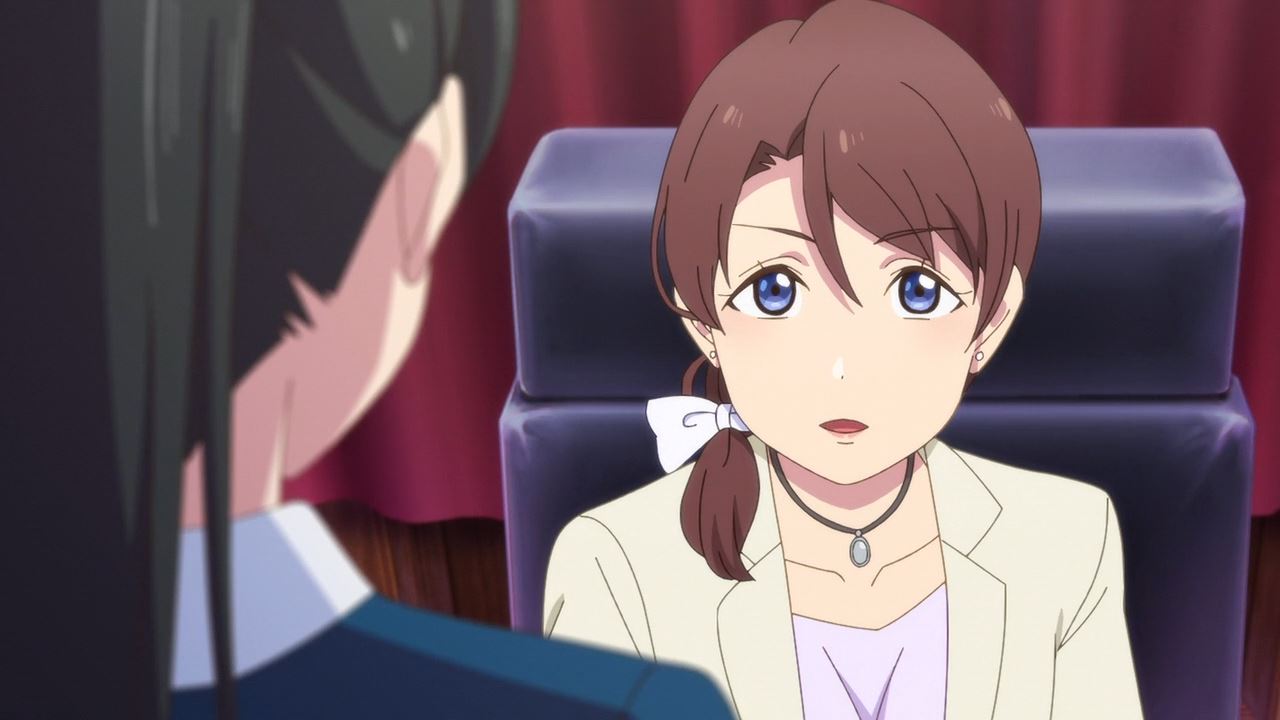 Well everyone, it’s time for some good news where the chairwoman told Ren Hazuki that Yuigaoka Girls’ Academy will have new students for the next school year. Basically, the school is saved rather than being closed down for another time. 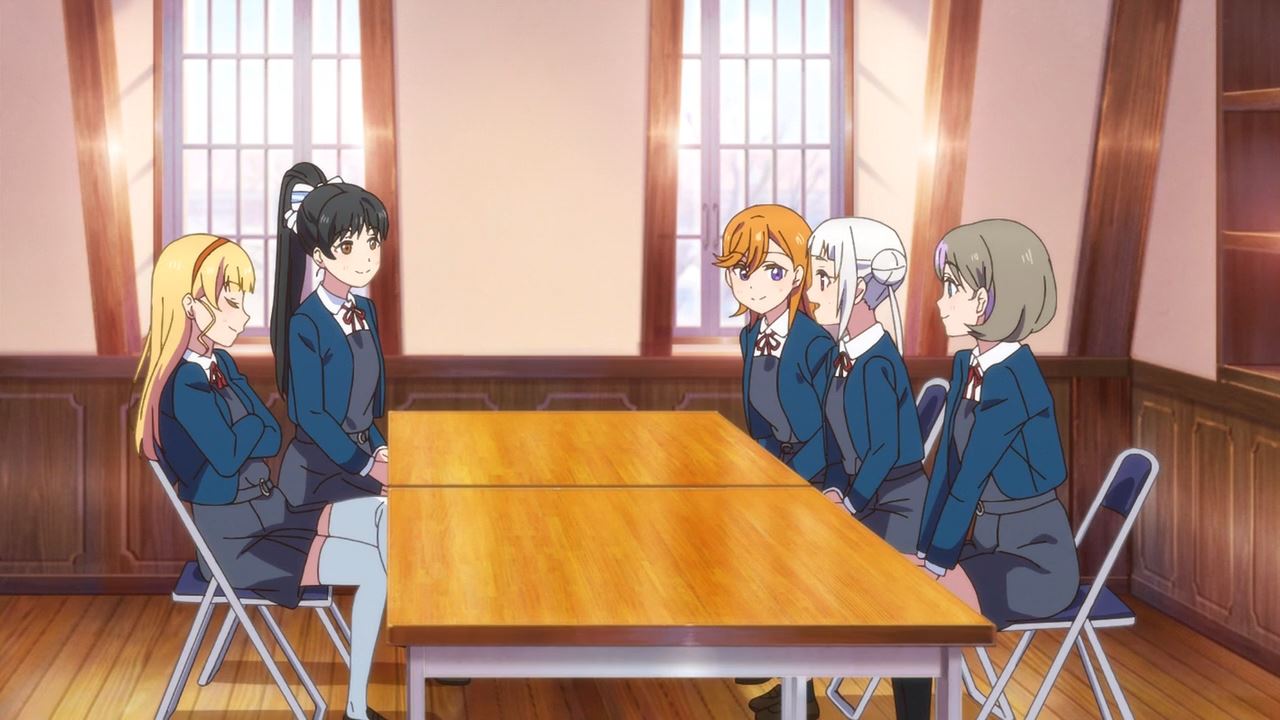 In any case, looks like Liella won’t have to worry about having their school closed due to low enrollment.

Of course, Kanon Shibuya and the rest must focus on the tournament itself as they managed to qualify after Kanon’s solo performance from the previous episode… somewhat. 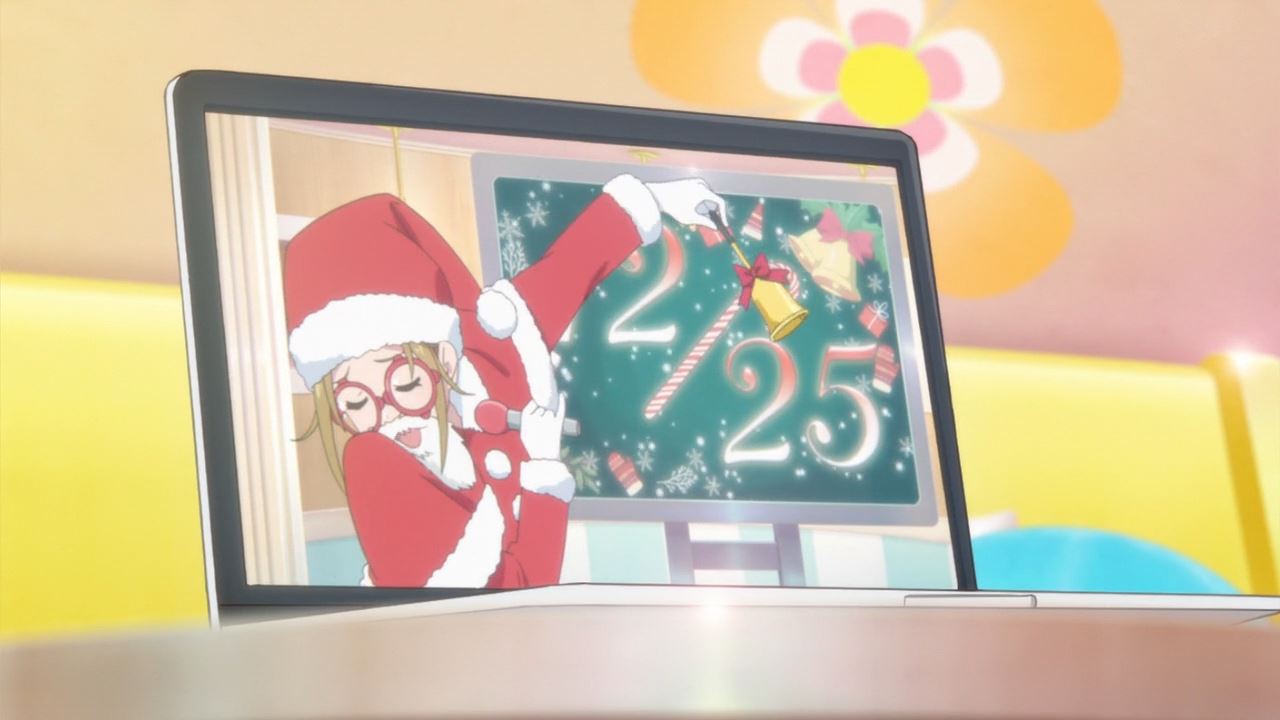 Now then, let’s move onto the Love Live! competition where the next theme for the Tokyo regional qualifiers is Christmas. Oh boy, I smell another Snow Halation moment right there! 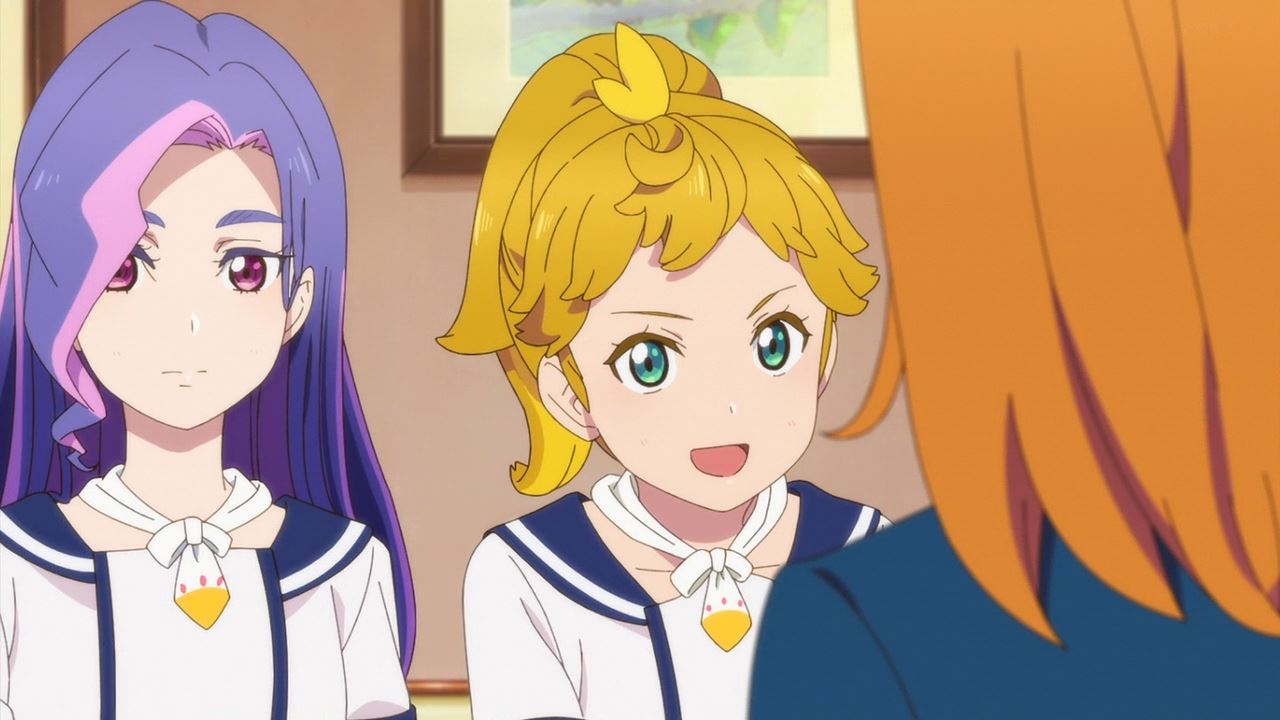 Unfortunately, there’s Sunny Passion where Mao Hiiragi and Yuna Hijirisawa are poised to qualify to the nationals. Honestly, this is gonna be the toughest battle yet for Liella. 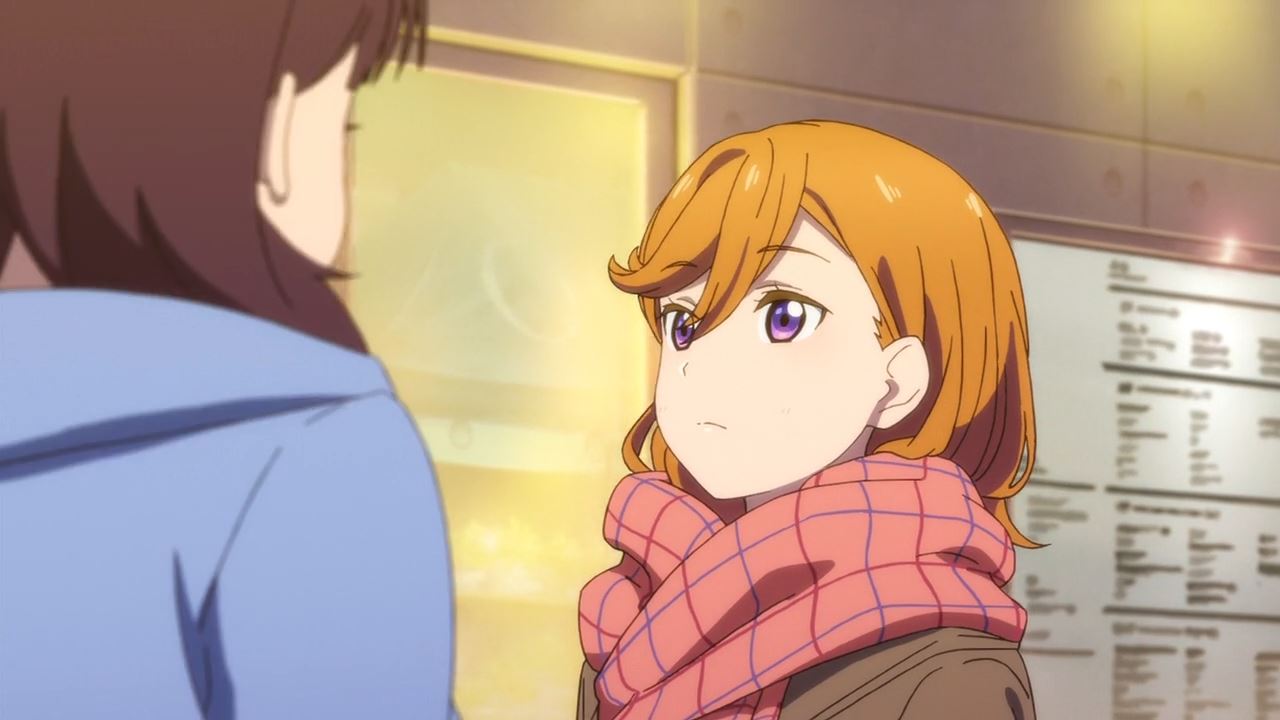 Anyways, here’s Kanon Shibuya where she’s thinking about the motif for the upcoming regional qualifiers. I mean, she needs to come up with a song that will fit the Christmas theme. 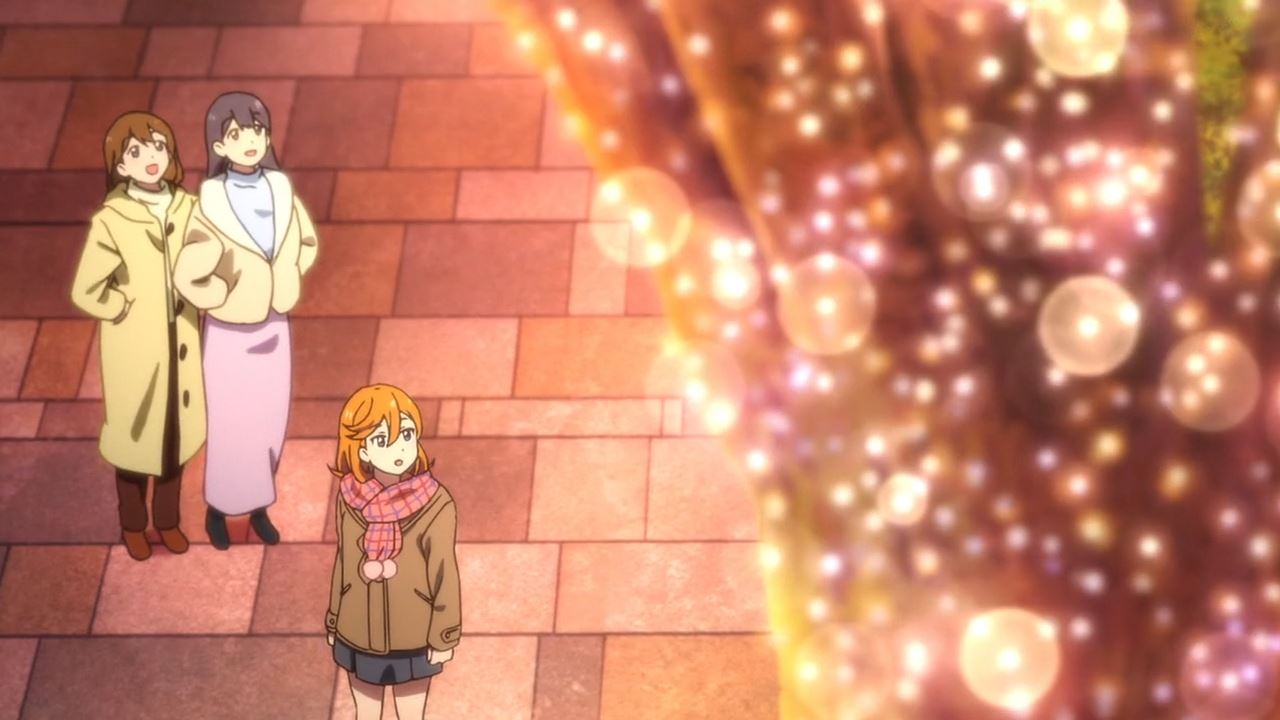 That’s until Kanon-chan see the Christmas lights being lit up across Shibuya. Looks like she found some inspiration for her next song. 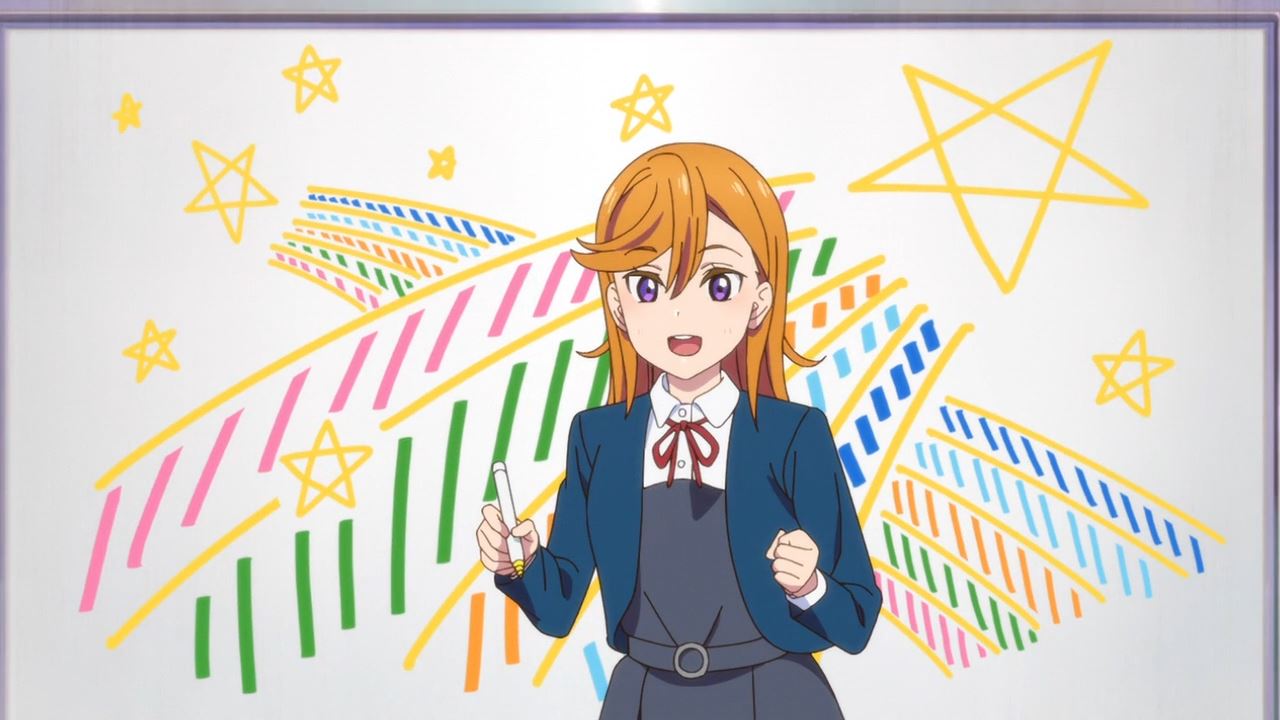 And so, Kanon told everyone that their motif will be star lights. C’mon, stars are symbols of Christmas after all! 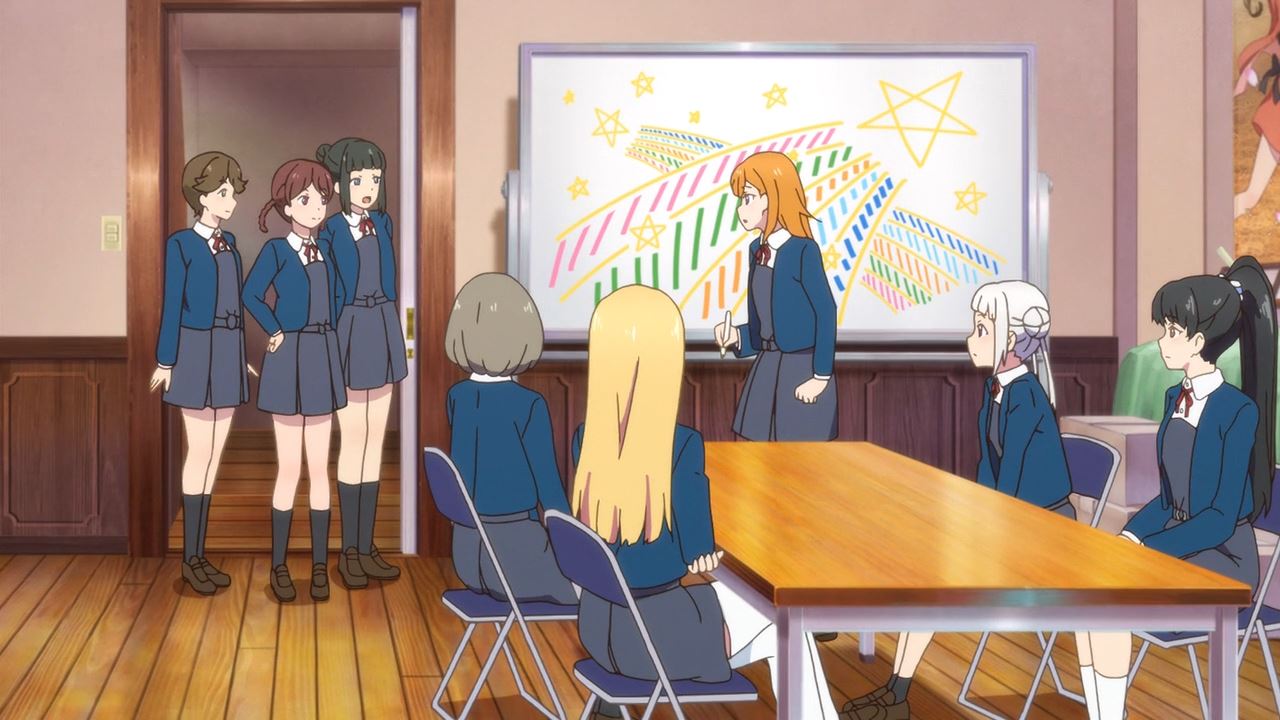 However, it appears that her classmates have already made something just for Liella. Well, I’m really curious on what Yuigaoka students made for the school idol club? 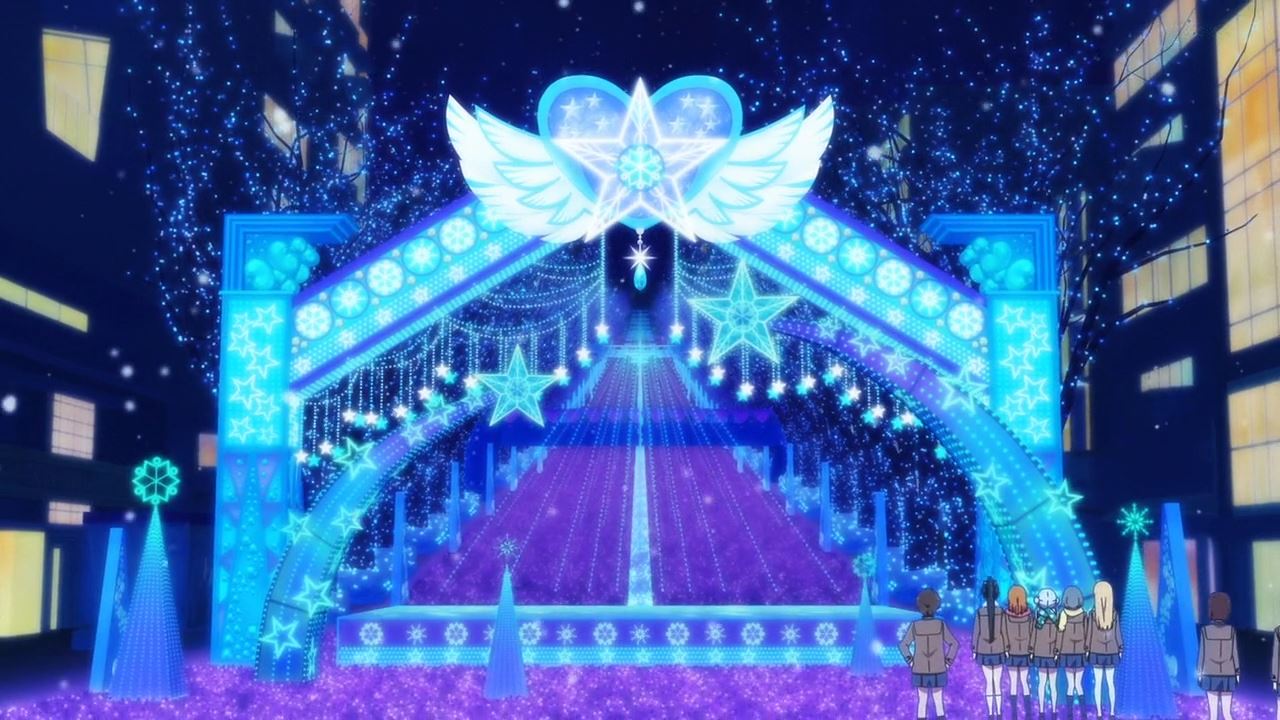 Well, they made an outdoor stage in Shibuya where I can feel those Snow Halation vibes already. 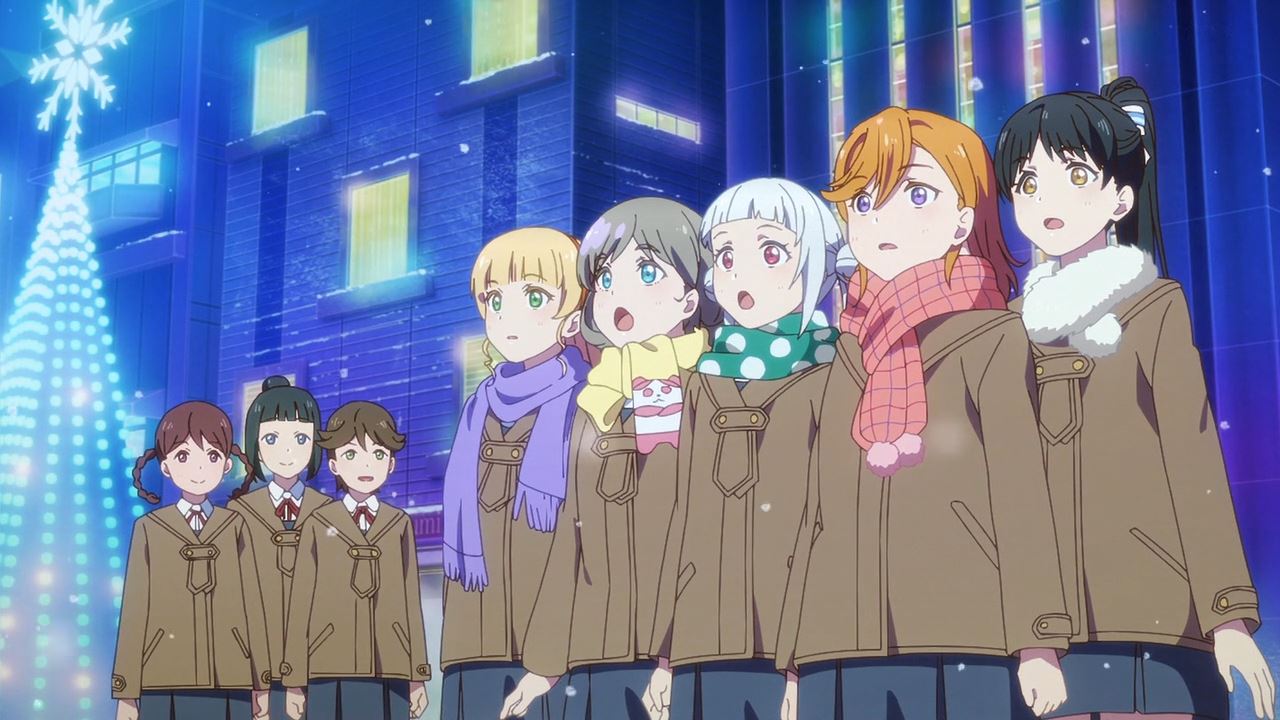 With that said, the students from Yuigaoka Girls’ Academy made this special stage just as they want Liella to succeed. Still, I’m really impressed on how it turned out! 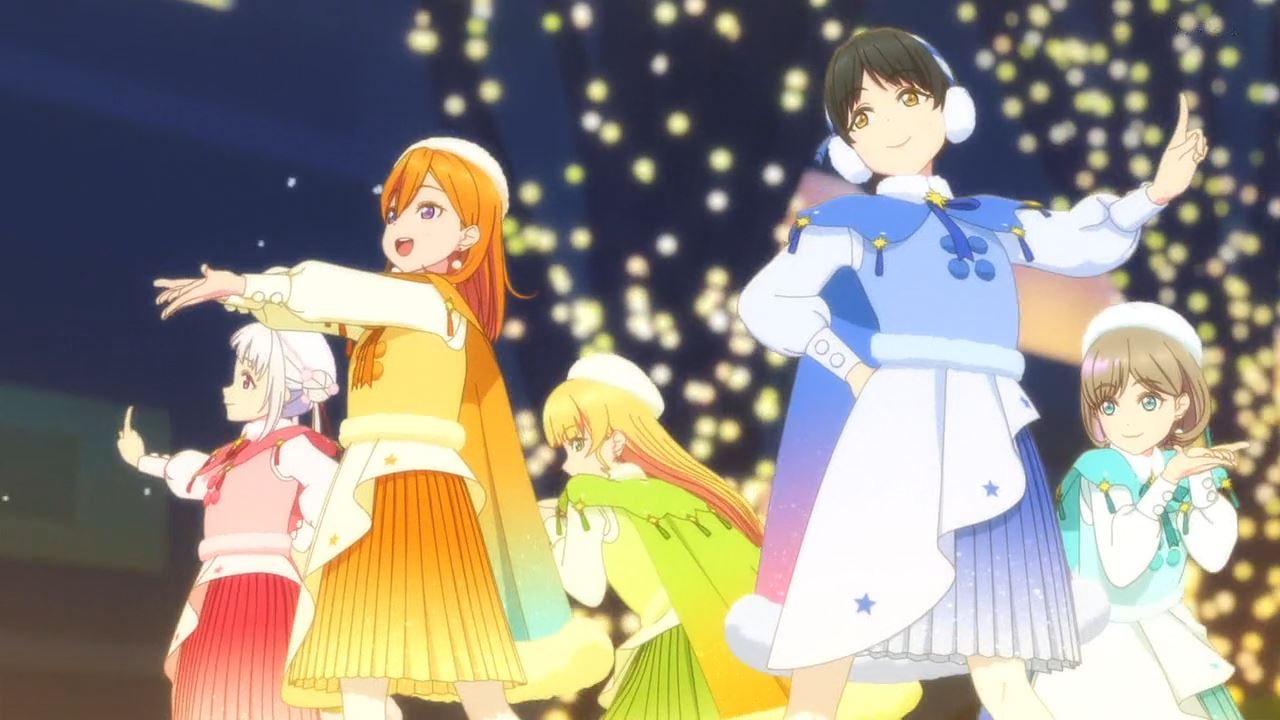 And now, it’s time for Liella to perform “Starlight Prologue” and all I can say is that hell has frozen over again with this heavenly song.

While I’m dazzled by the lights, the choreography, and the harmony among 5 girls, how did Liella fare in the Tokyo regional qualifiers? 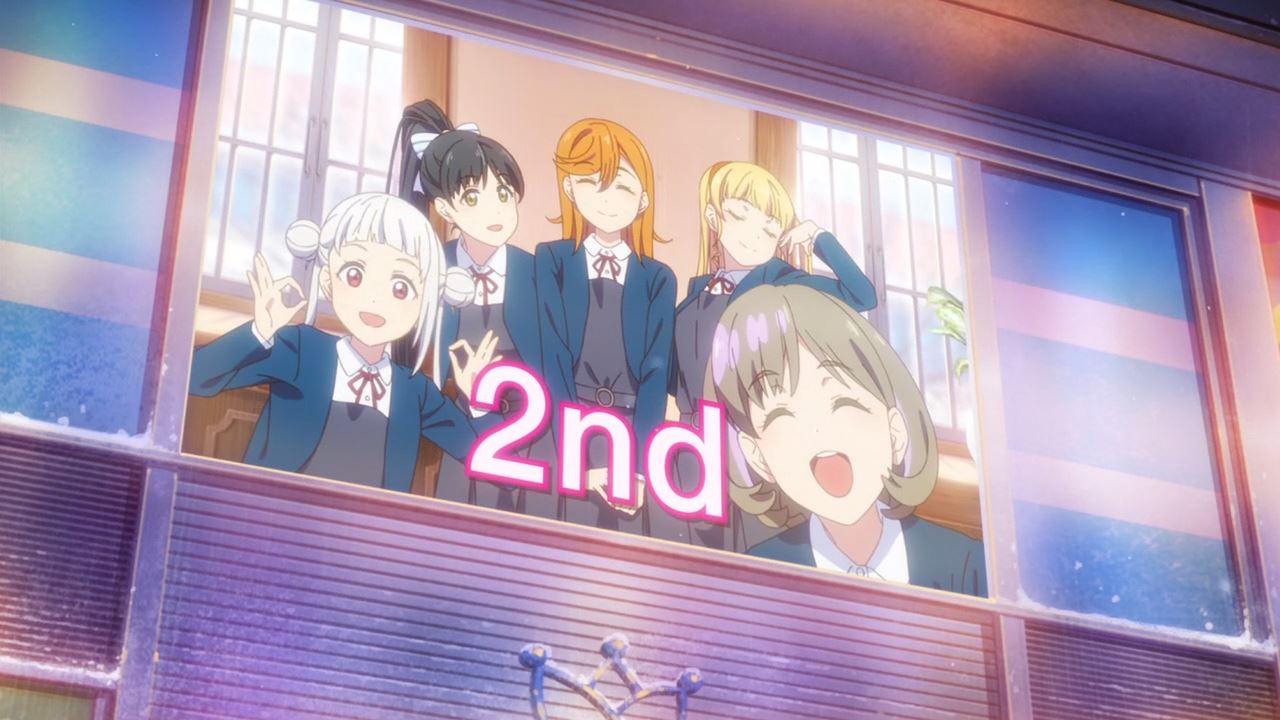 Well, they managed to get 2nd place, while Sunny Passion got 1st place which means that they qualified for the national Love Live! tournament.

While it’s not bad for Kanon-chan and the rest to reach 2nd place, they’re so close on going further! 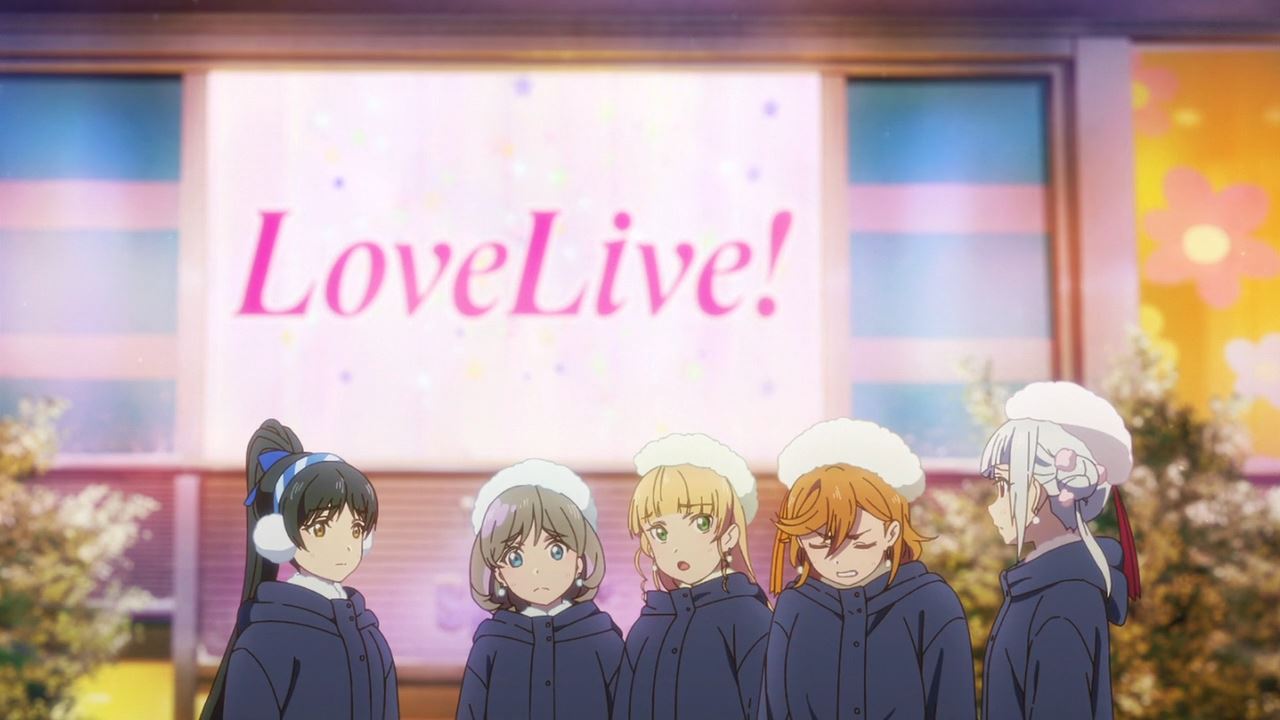 Still, this episode made a few things like getting new students for the next school year, but failed to qualify in the national competition. Really sucks for Liella! 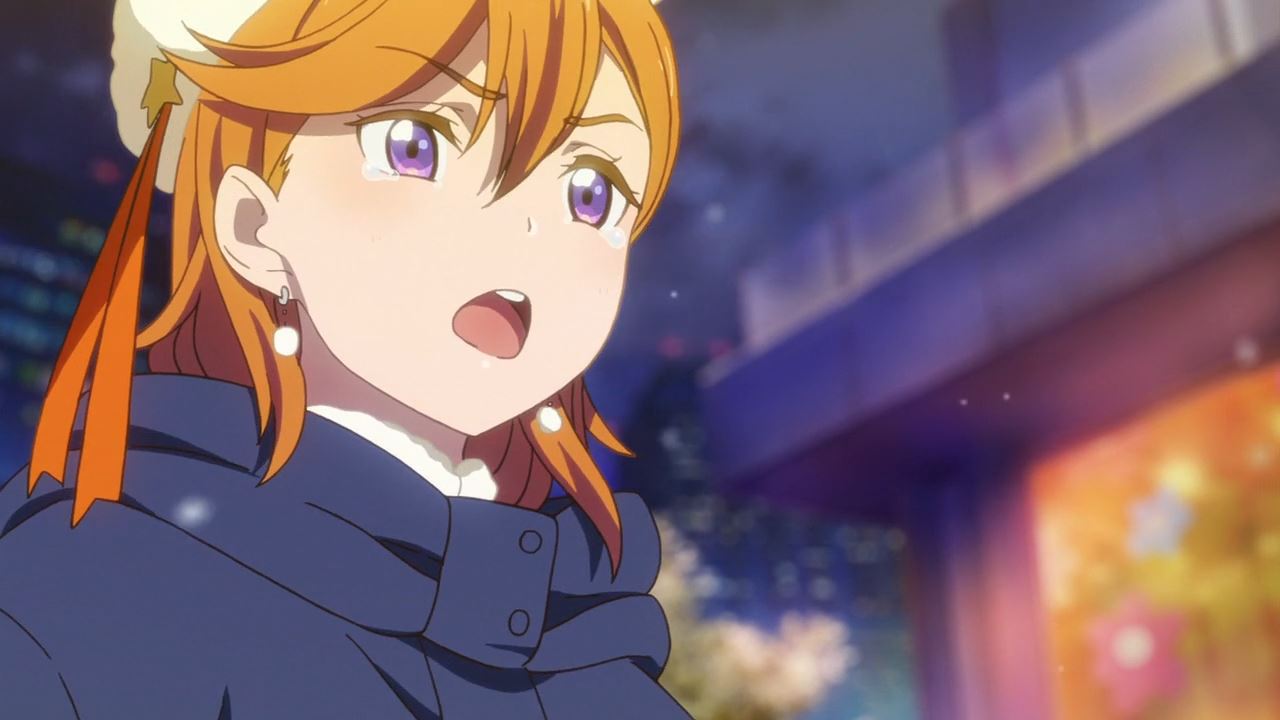 Of course, Kanon Shibuya doesn’t want to end like this as they want to improve themselves in order to win the Love Live! competition.

I really love Kanon’s progress where she went from having a stage fright into a determined girl who wanted to take her school idol club to greater heights! And it’s not just Kanon, but everyone else got better than before.

Still, the only thing I’m worried about will be Keke Tang where she might return to China at some point. Of course, that would be saved for a potential sequel in the near future! 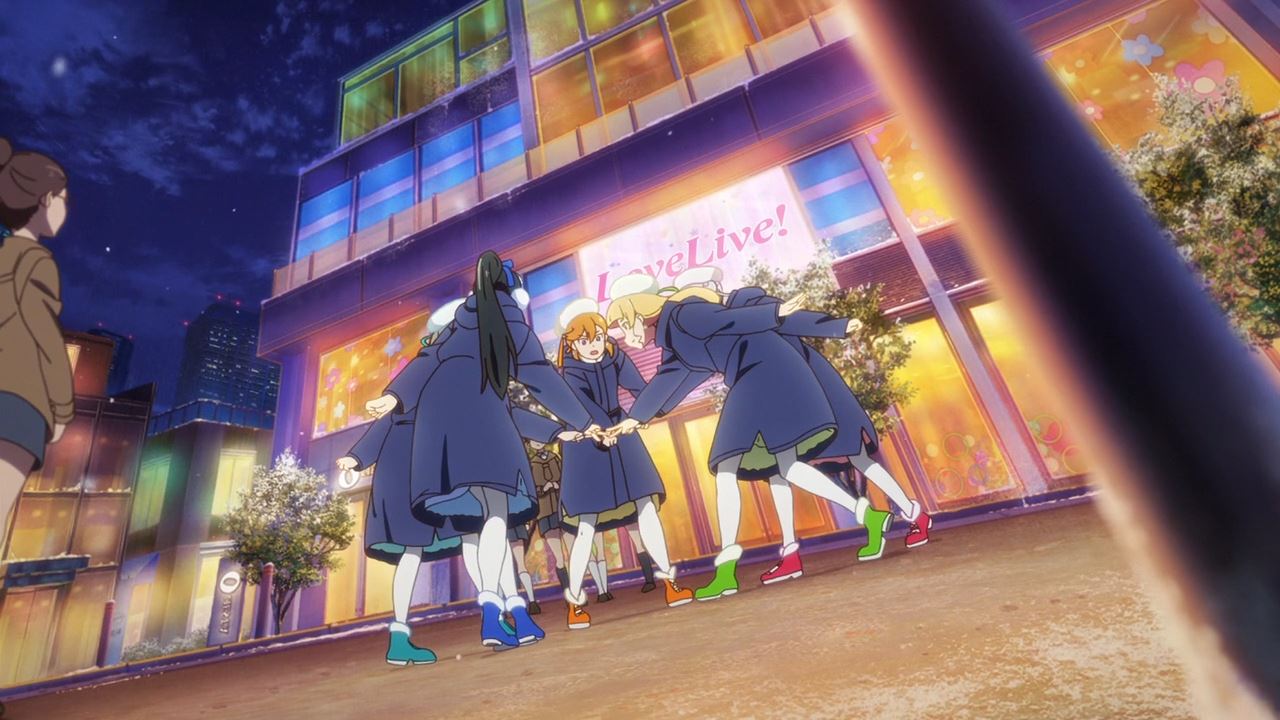 But that concludes Love Live! Superstar!! where despite having 5 school idols from Yuigaoka Girls’ Academy, this show did better when it comes to making them conquer their fears and grow into better girls. Seriously, Sunrise managed to bring fresh new ideas to the franchise and I really love it!

Oh yeah, as for who’s my best girl in Liella? I’d say it’s Ren Hazuki ’cause she’s not only cute to my eyes, but the fact that Ren-chan is connected to her mother who’s actually a school idol.

Anyways, I guess I’m done watching this show after it experience delays due to the Tokyo Olympics. Of course, there’s Liella’s first concert which I bet that they’ll announce a 2nd season of Love Live! Superstar!!