Tsuki to Laika to Nosferatu Episode #03 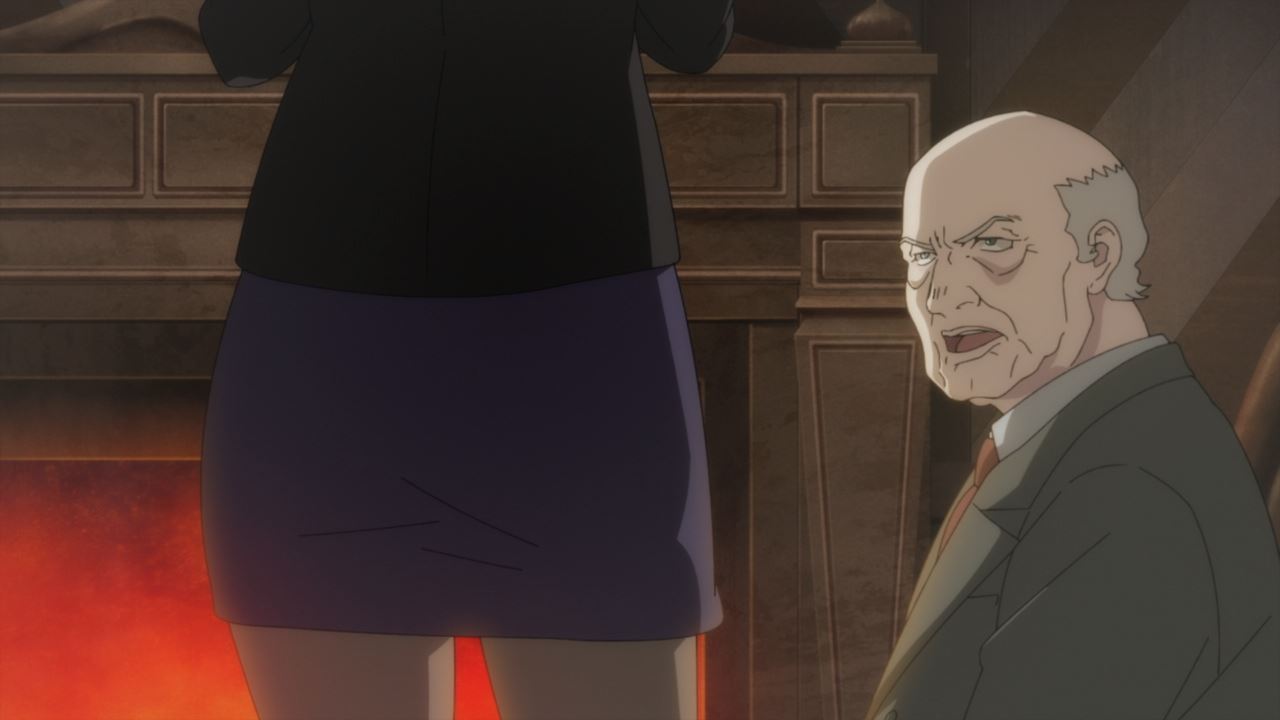 This is the glorious leader of the Federal Republic of Zirnitra named Fyodor Gergiev where he’s in a state of paranoia over the backstabbing and infighting among the officials, especially the space program where they’re debating on what will they do towards N44.

Of course, a simple purge will solve any problem, but Fyodor Gergiev can’t just kill some troublesome officials because their expertise is quite valuable. C’mon, the dear leader doesn’t to become the next Josef Stalin. 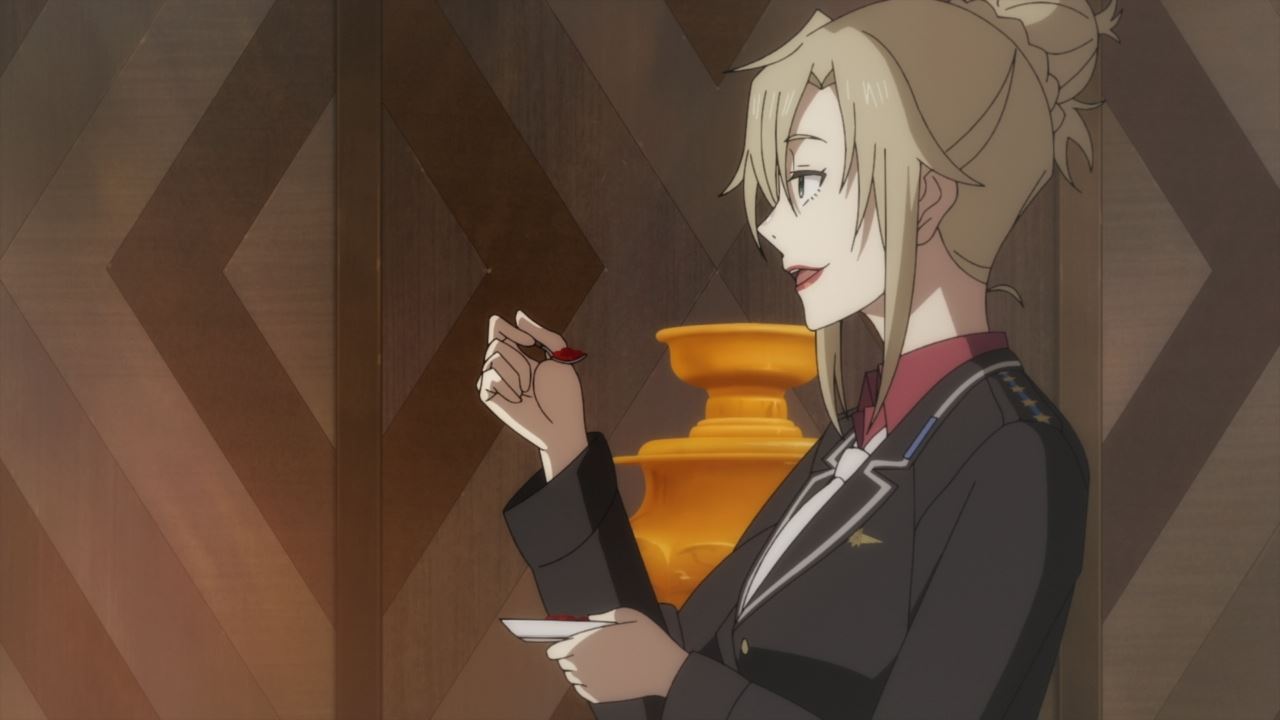 On the other hand, here’s the leader’s secretary named Lyudmila Halrova where I have a feeling that she’s actually a saboteur. After all, you can’t trust others but yourself! 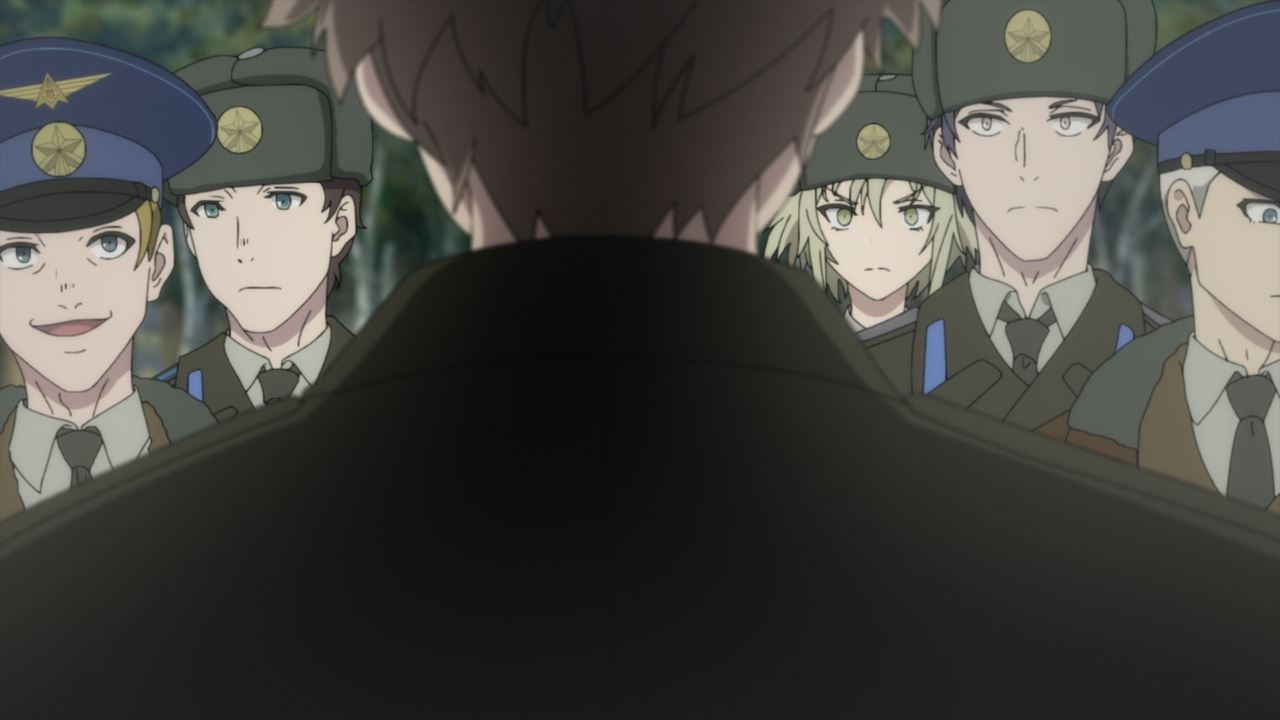 Now let’s move onto Lev Leps where he’s being mocked by his fellow trainees for not being taken out of the candidacy on the next space program. Not sure if Lev did something wrong that pissed every superior off, but this is quite insulting that he worked so hard to become a cosmonaut.

Oh and these fools? If they died while being lift off to the stratosphere, jokes on them for mocking Lev in the first place! 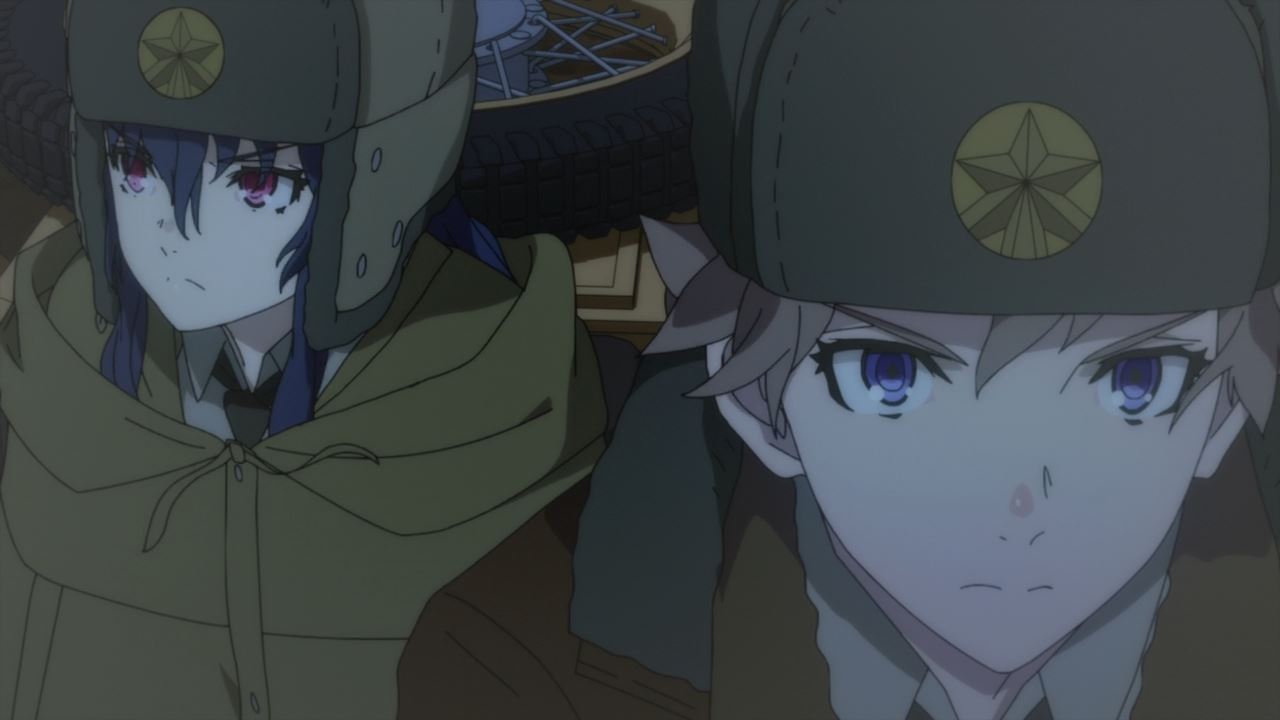 In any case, it’s time for Lev Leps to train Irina Luminesk on overcoming her acrophobia since it’ll be hard for her to land safely in an actual space launch. 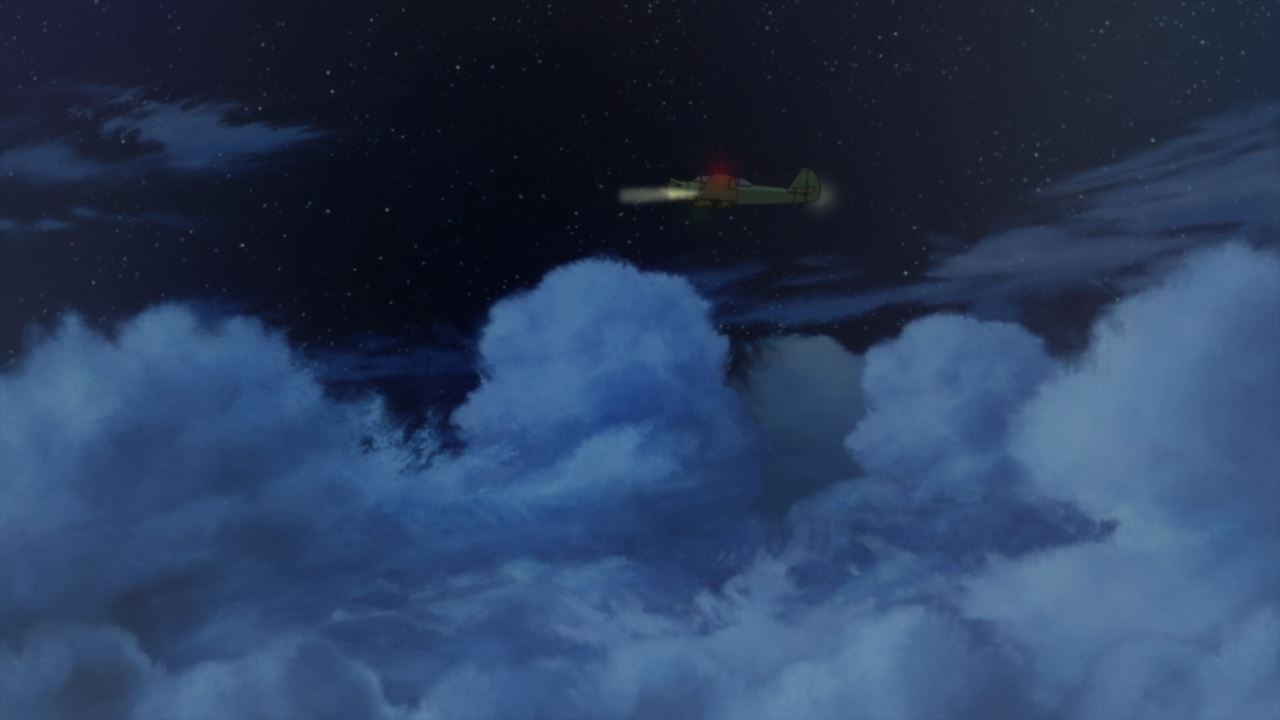 And what a way to overcome her fear of heights is to take Irina to the skies as Lev flies a World War 2-era fighter plane.

Gotta say that it’s fitting for Lev to take Irina to the stratosphere since he learned how to fly a plane. 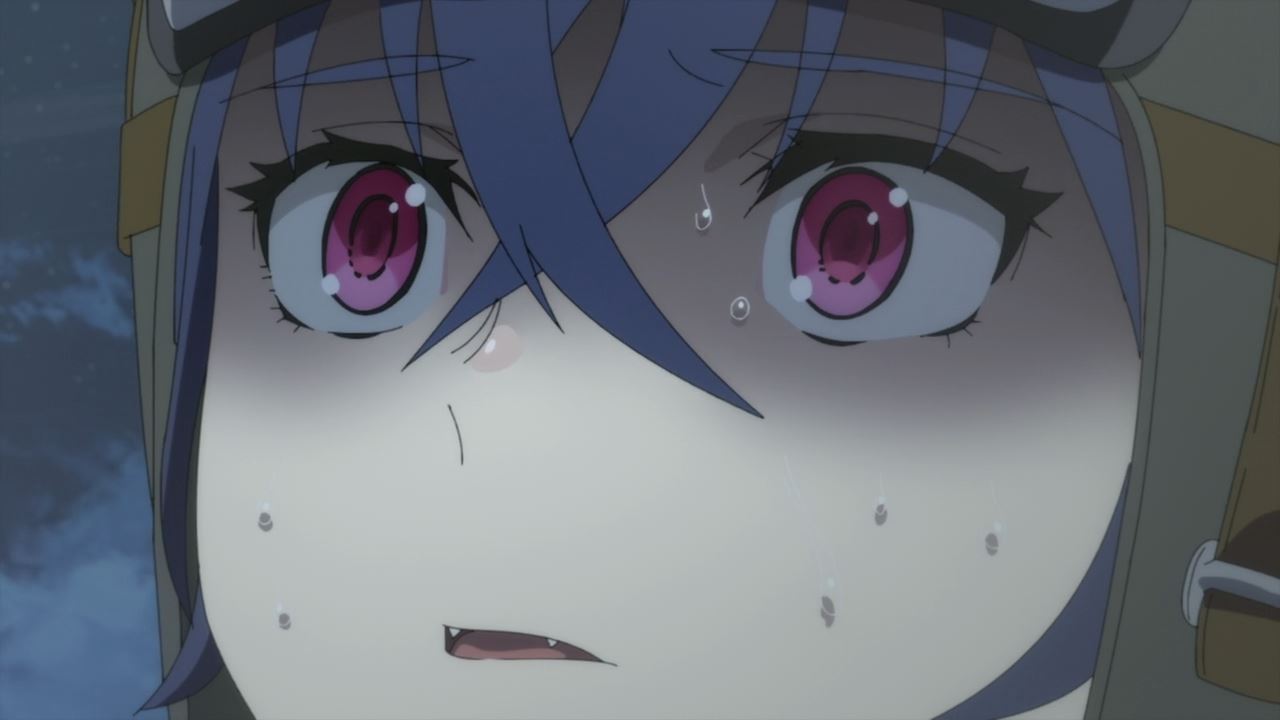 But once they reached the stratosphere, Irina Luminesk will be amazed by the beauty of the night sky once she opened her eyes of course. 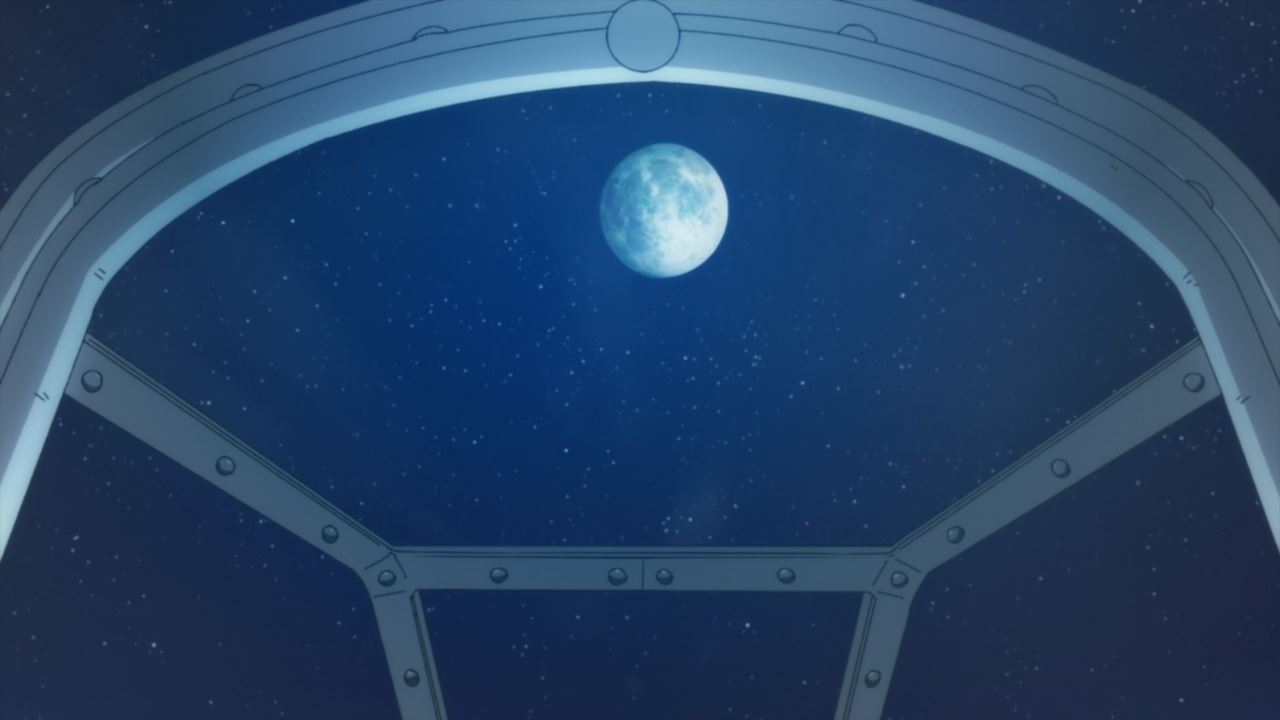 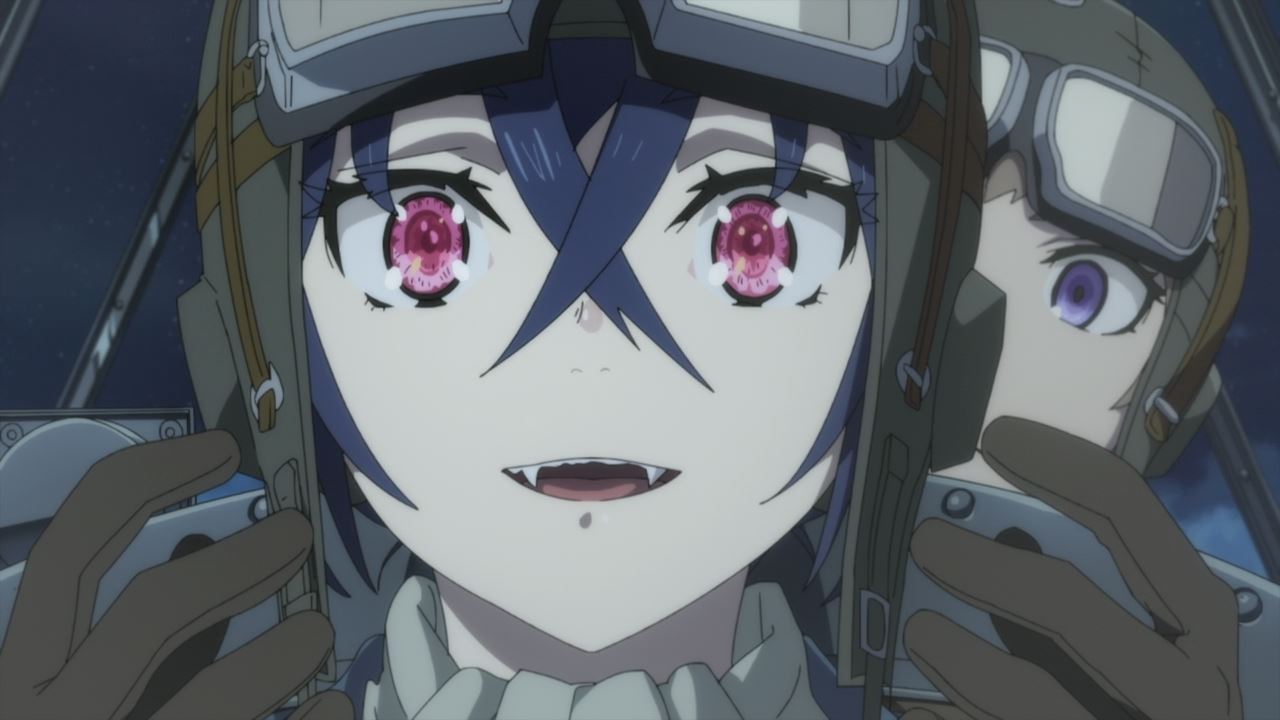 Anyways, Irina is amazed on how she can see the moon clearly thanks to Lev. All I can say is that the vampire might overcome her acrophobia after all now that she’s taken to the stratosphere. 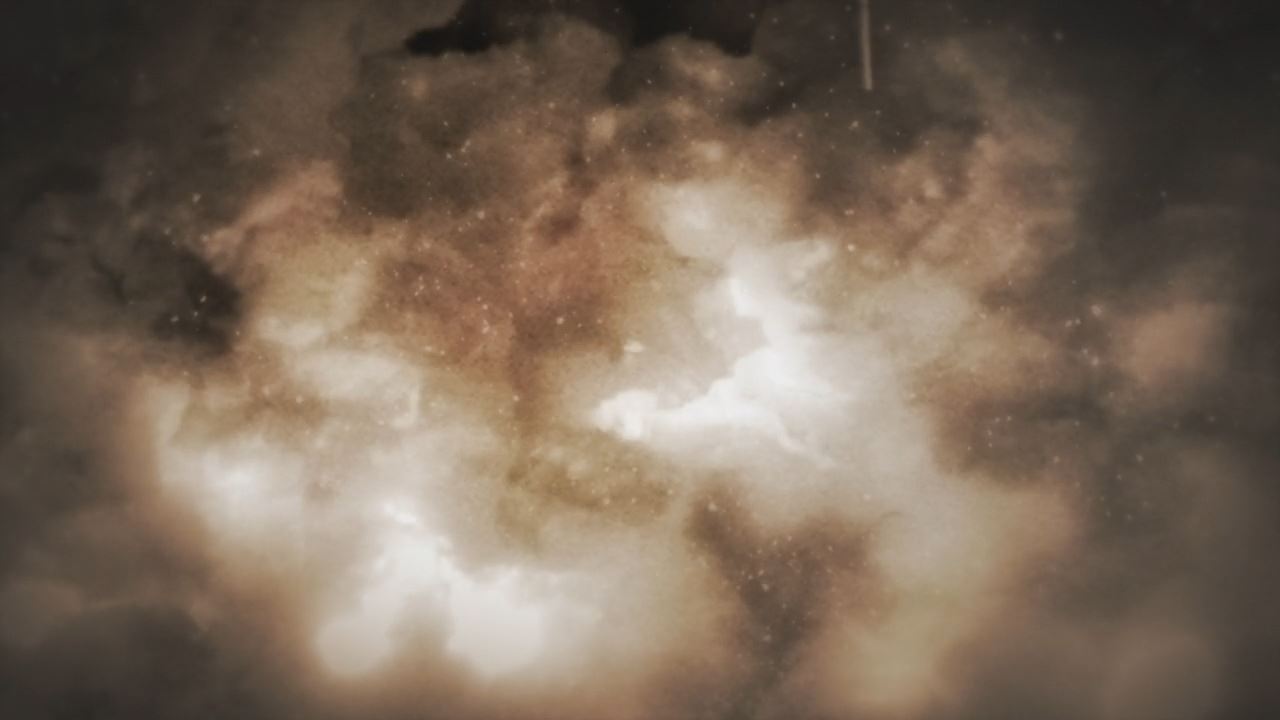 Unfortunately, the Federal Republic of Zirnitra faced another tragedy where an accident occurred in Albinar. While the official documents suggests that it’s a plane accident, it was actually an ICBM testing gone horribly wrong which killed over 500 people.

I have a feeling that someone within the Kremlin wants to sabotage everything just to undermine the leader’s reputation. With that said, the space program might be in jeopardy if the infighting is not resolved. 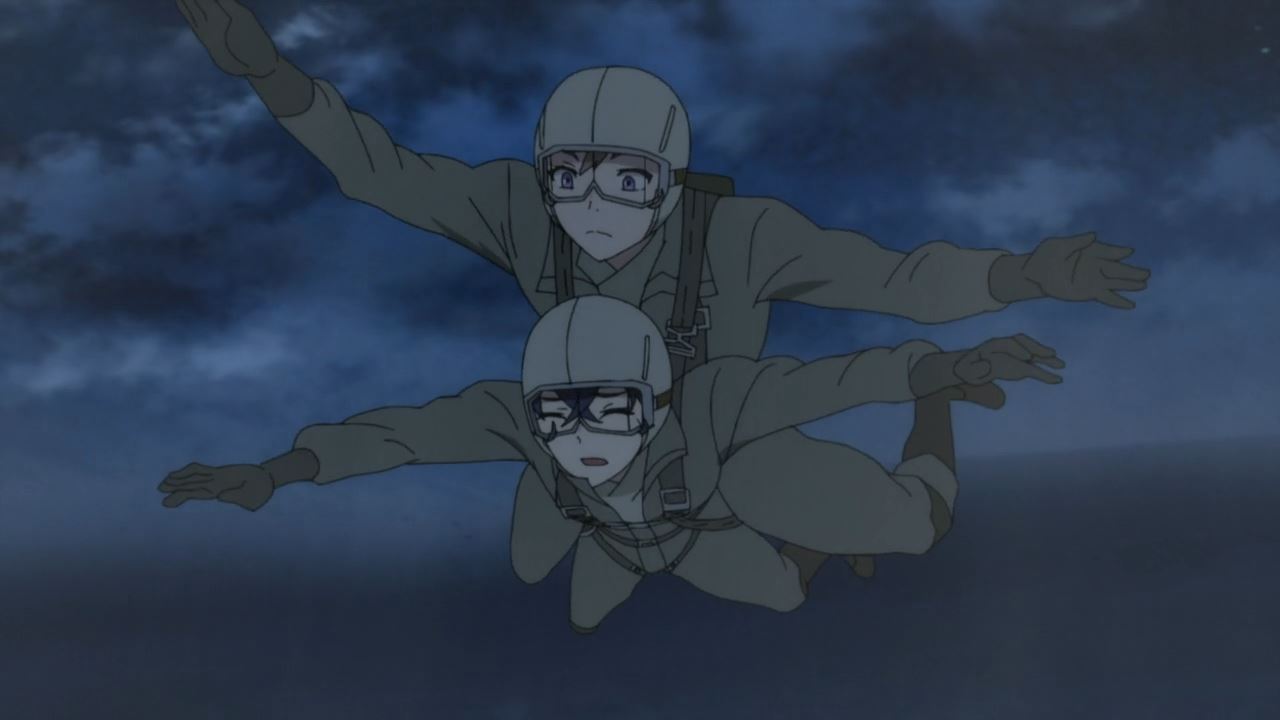 For now, it’s time for Irina Luminesk to take her actual parachute test together with Lev Leps where they jump from an airplane. 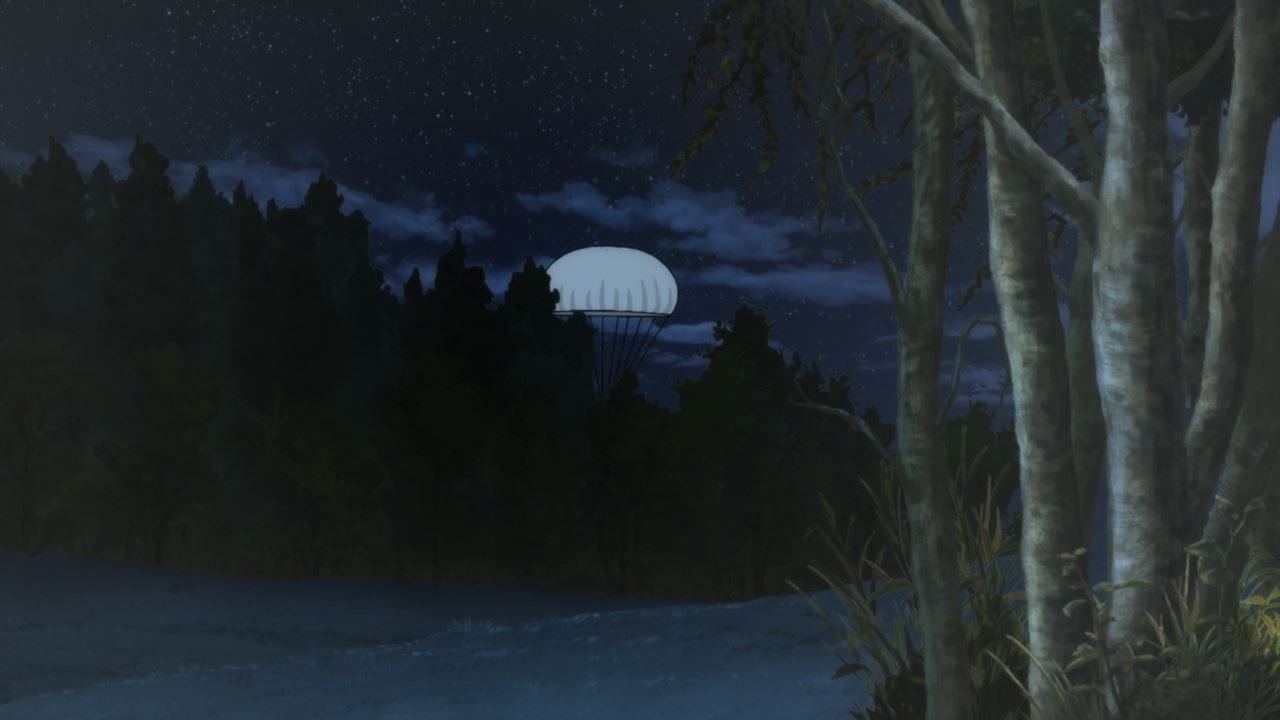 And luckily, they managed to land safely to the ground, so it’s a good start for the vampire even though Irina is still shaken from the landing. 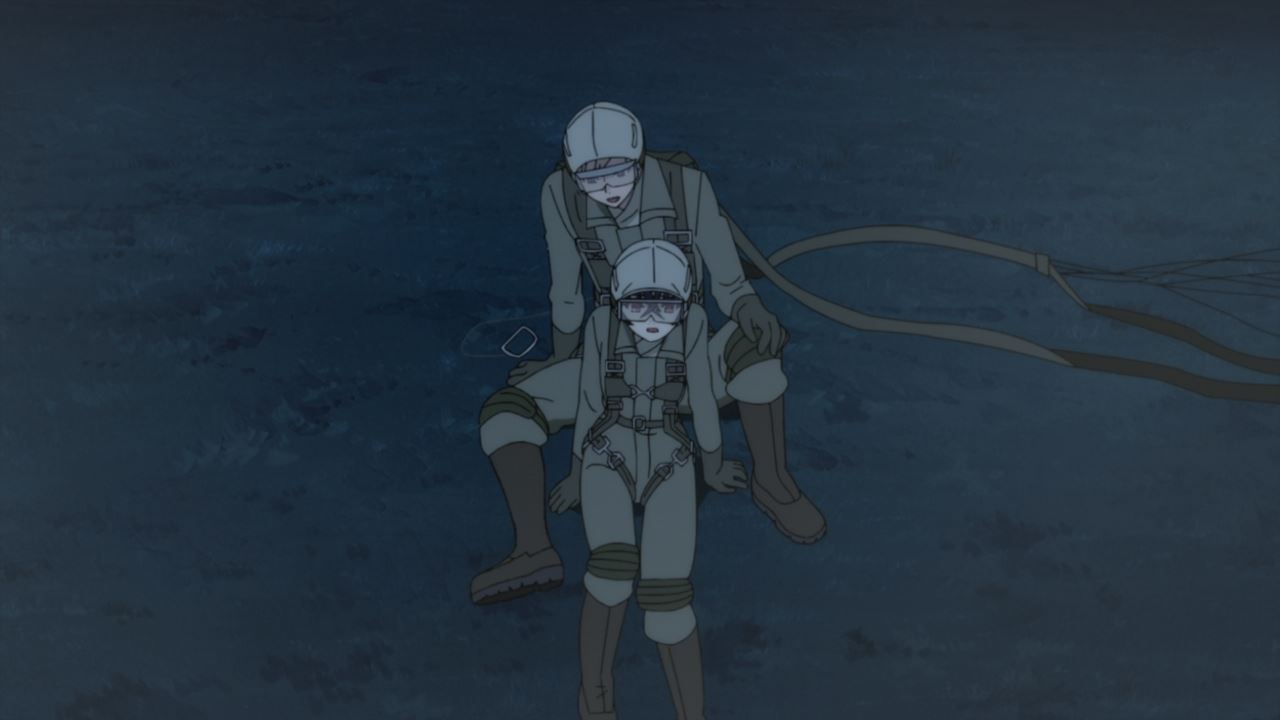 But that’s about it for this episode and while the training is good so far for Irina, she has to keep on her toes ’cause some people want her killed for being a vampire. Anyways, see ya next time!