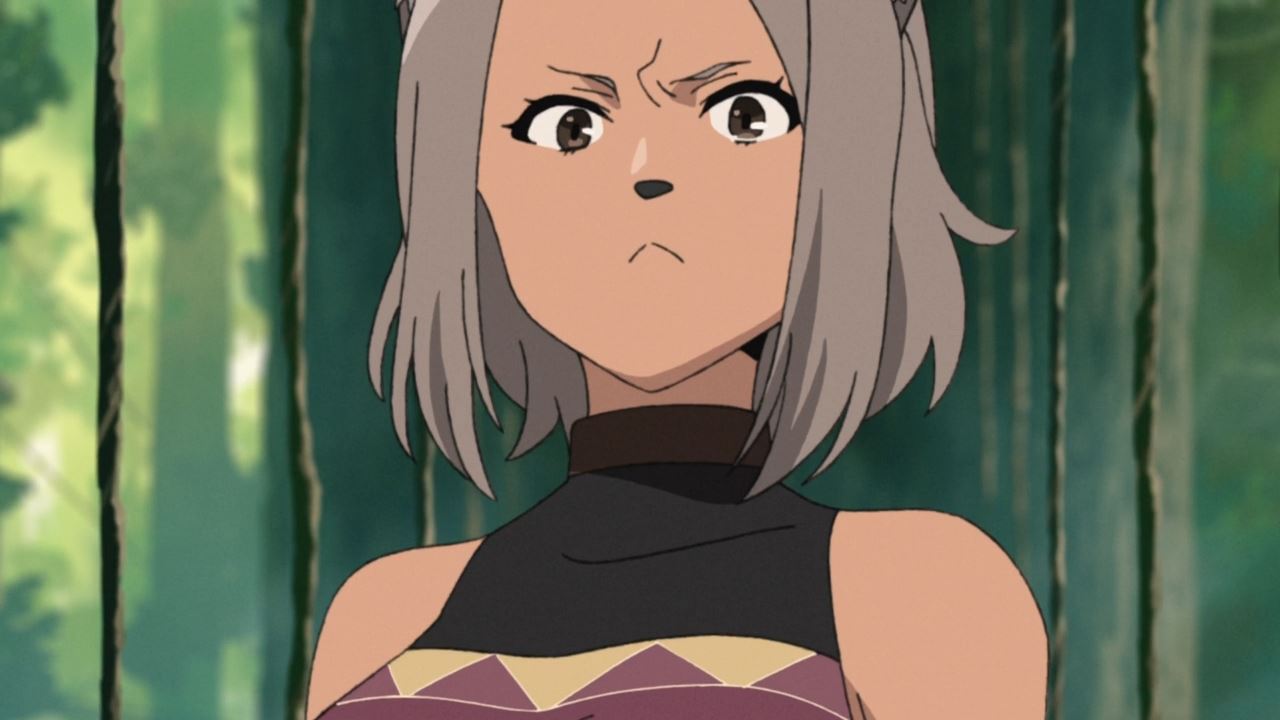 Looks like Rudeus Greyrat is okay, but he’s currently locked up in a cage completely naked. Oh and here’s one of the beast people where they give something special to Rudeus. 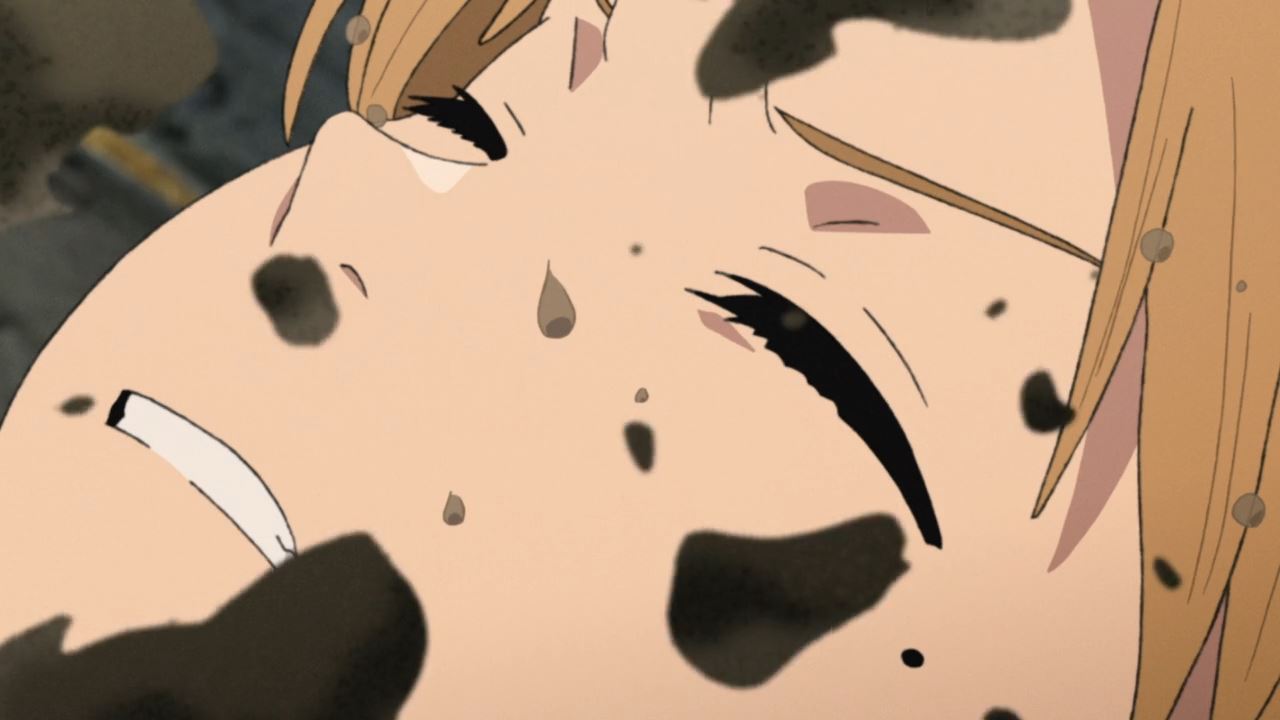 That’s right, good ol’ dirty water where they still treat Rudeus as a criminal even though he saved some of the beast children from the previous episode. And by the way, Rudeus isn’t the only prisoner in the forest.

There’s also Gisu where his crimes are cheating in high stakes gambling.

Okay, this is weird ’cause Gisu has nothing to do about the kidnapping of beast children, almost as if he’s just there to accompany Rudy. 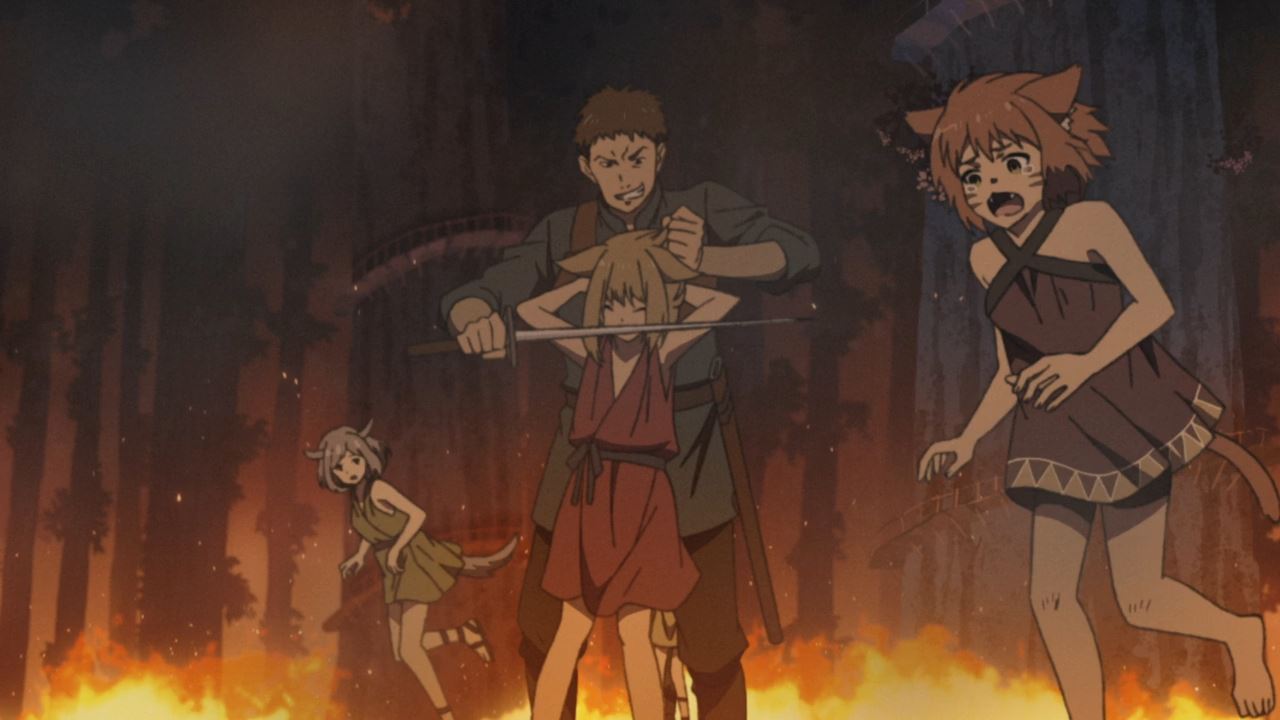 Speaking of kidnappings, turns out that it’s happening right now where the forest is on fire and bandits are capturing children left and right. Okay, how did those bandits managed to find this forest? 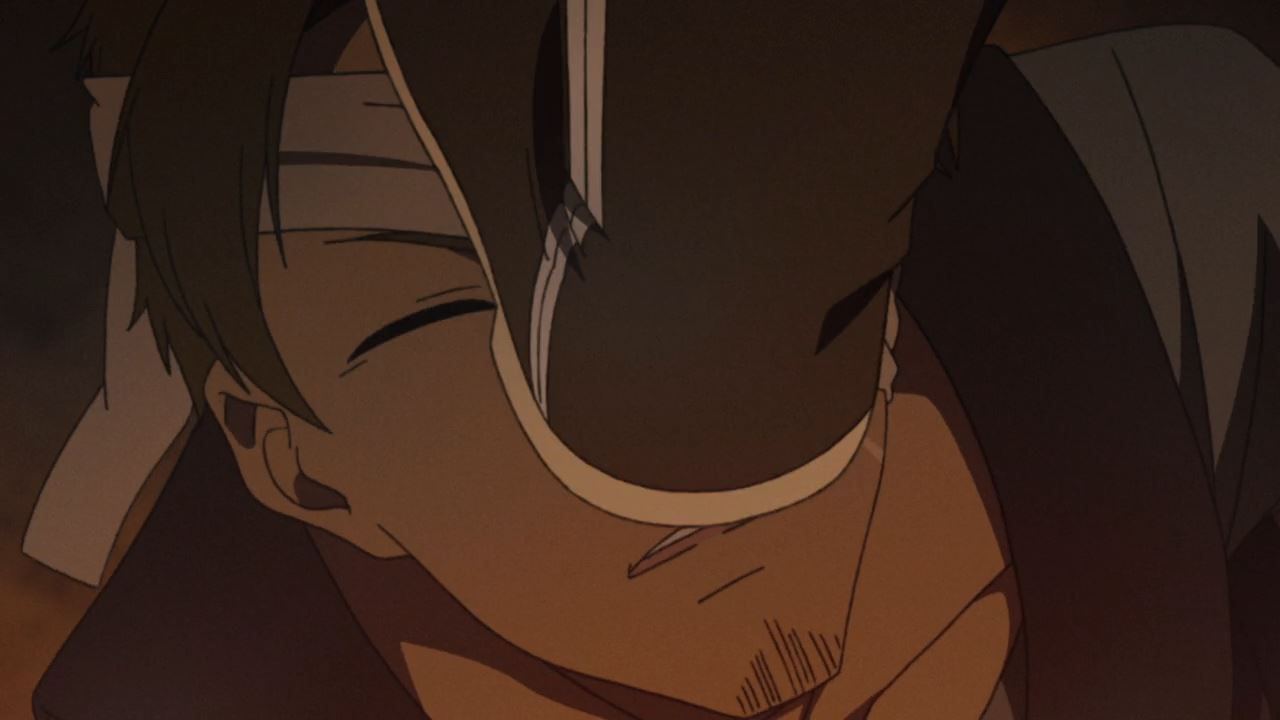 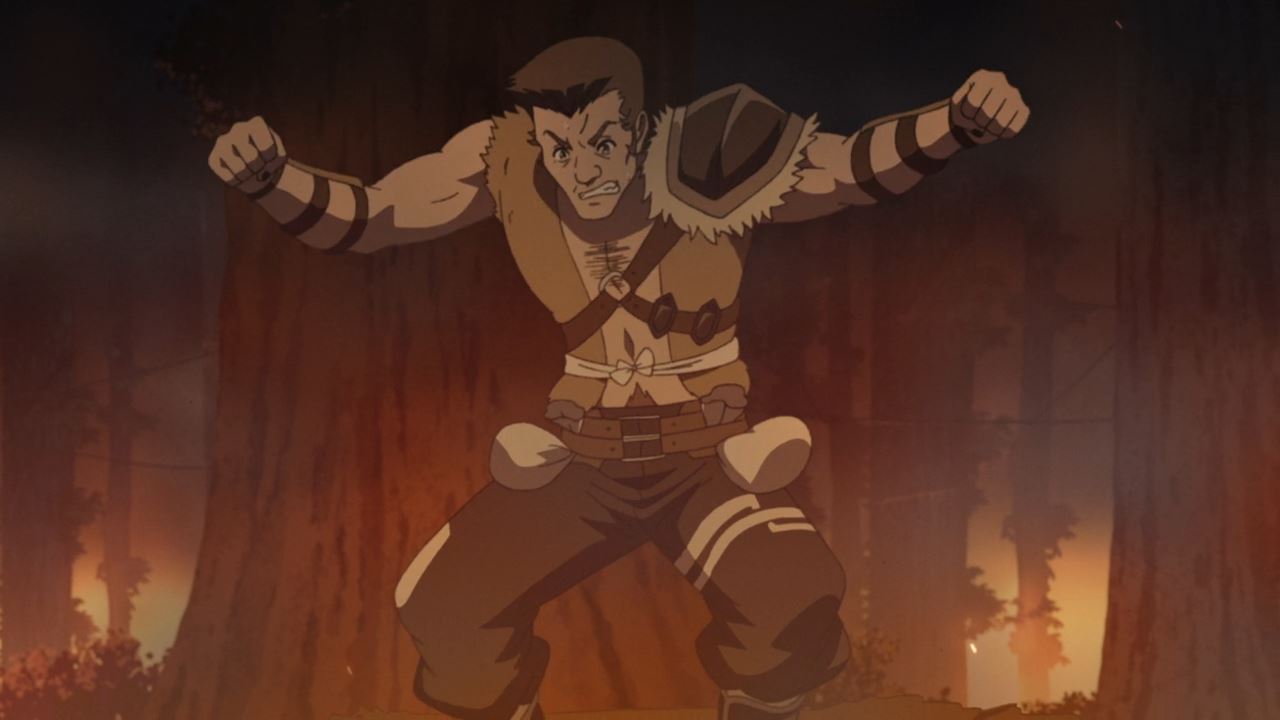 Still, both Gisu and Rudy can’t look away on this brutality as they decided to bring those bandits down. I’m impressed on how Gisu stomps his enemies! 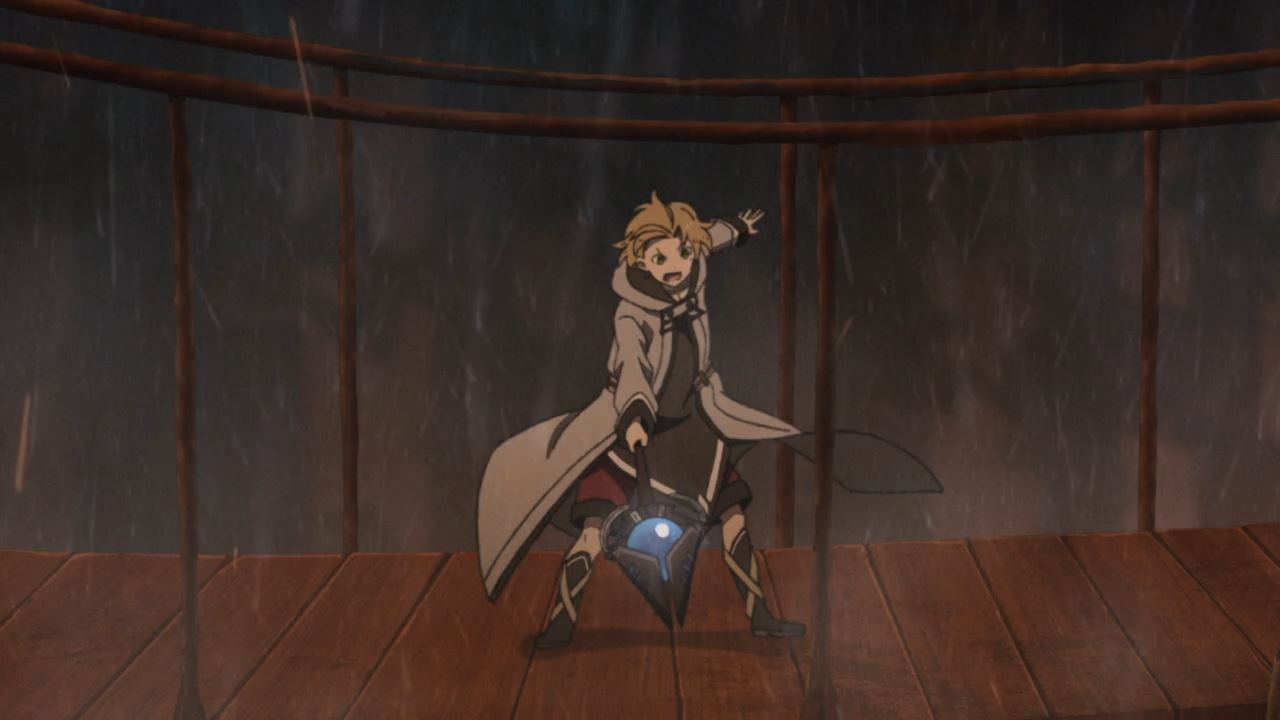 But in the case of Rudeus Greyrat, he’ll douse the entire forest with his water magic. 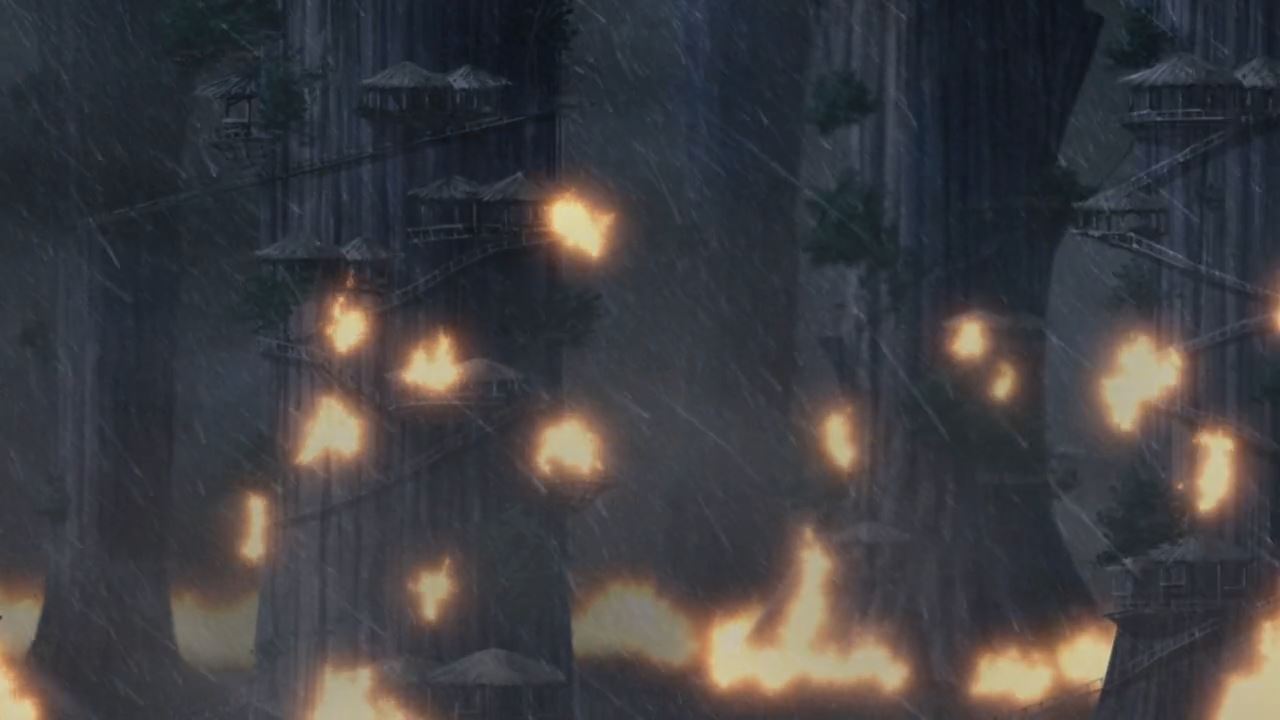 And as you can see, the fire has been put out. Geez, these bandits shouldn’t burn trees ’cause it’s dangerous to the environment. 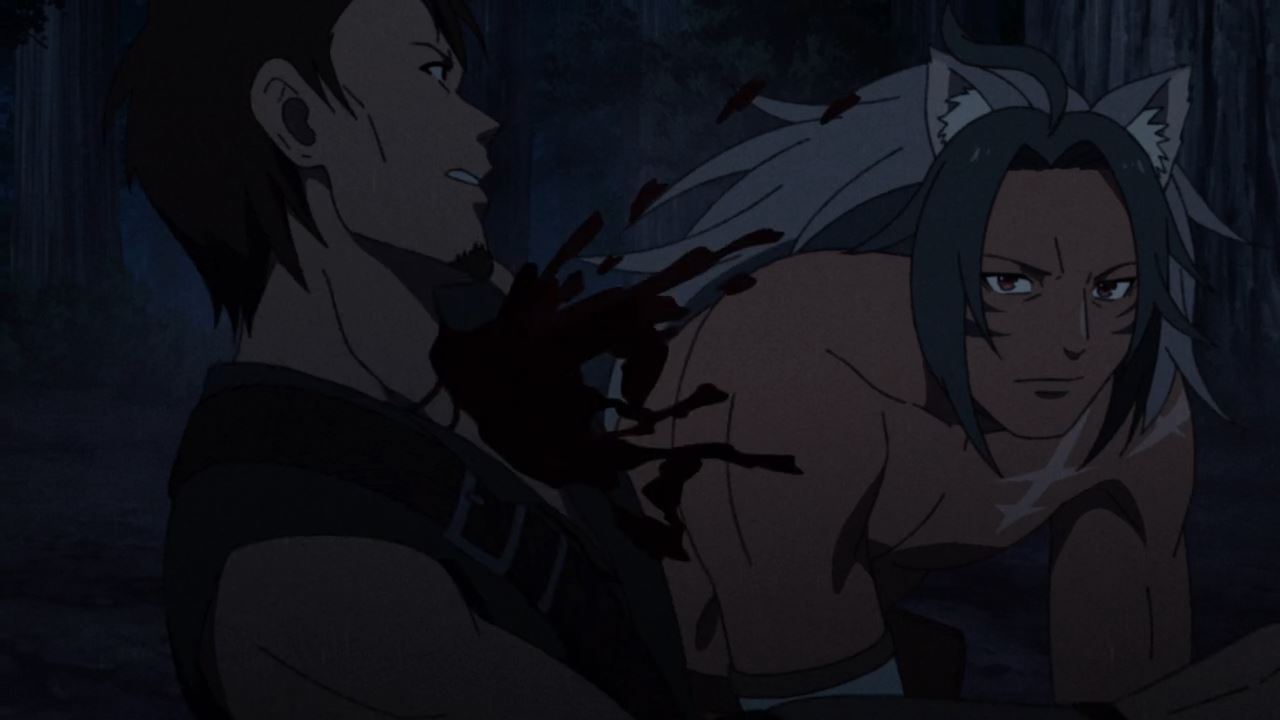 But thanks to Rudy, some of the warrior fought back against the bandits, which reminds me on who lead this rain anyway? 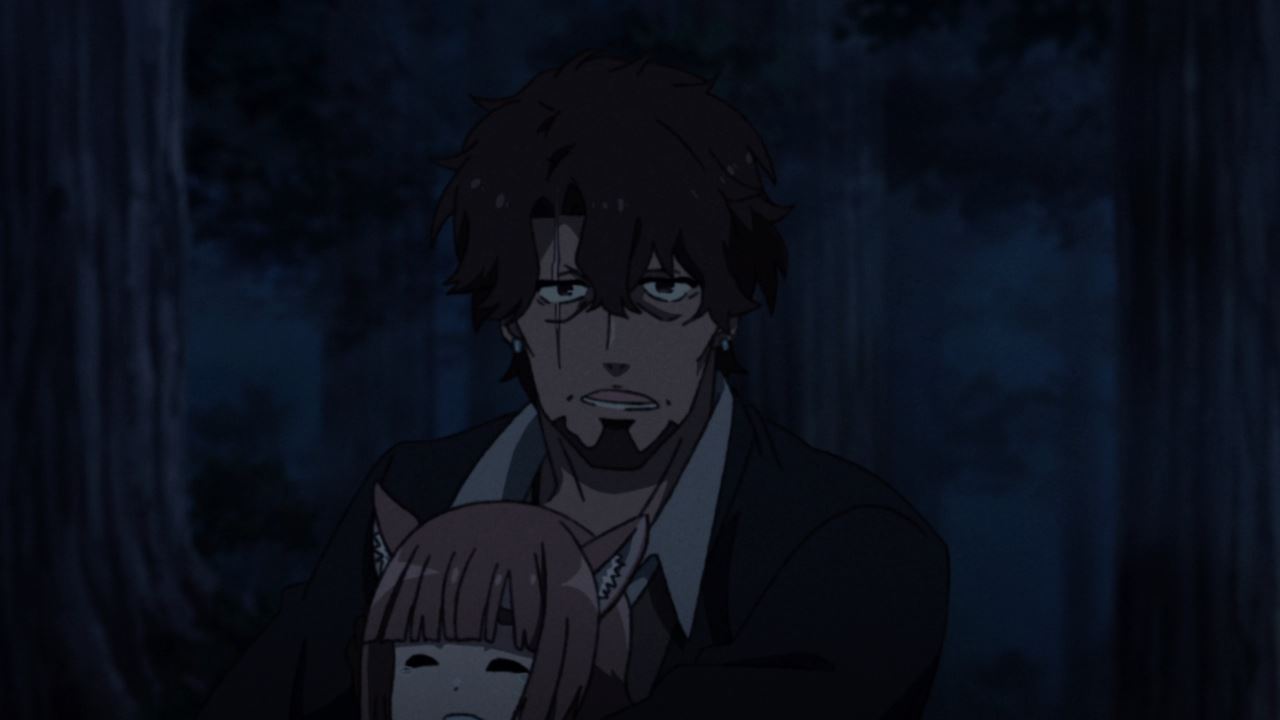 Why it’s none other than Gallus Cleaner where he and his buddies are the ones who are capturing children and sell them as slaves. Also, he’s actually a North Saint, meaning that he’s an asshole dressed-up as a holyman. 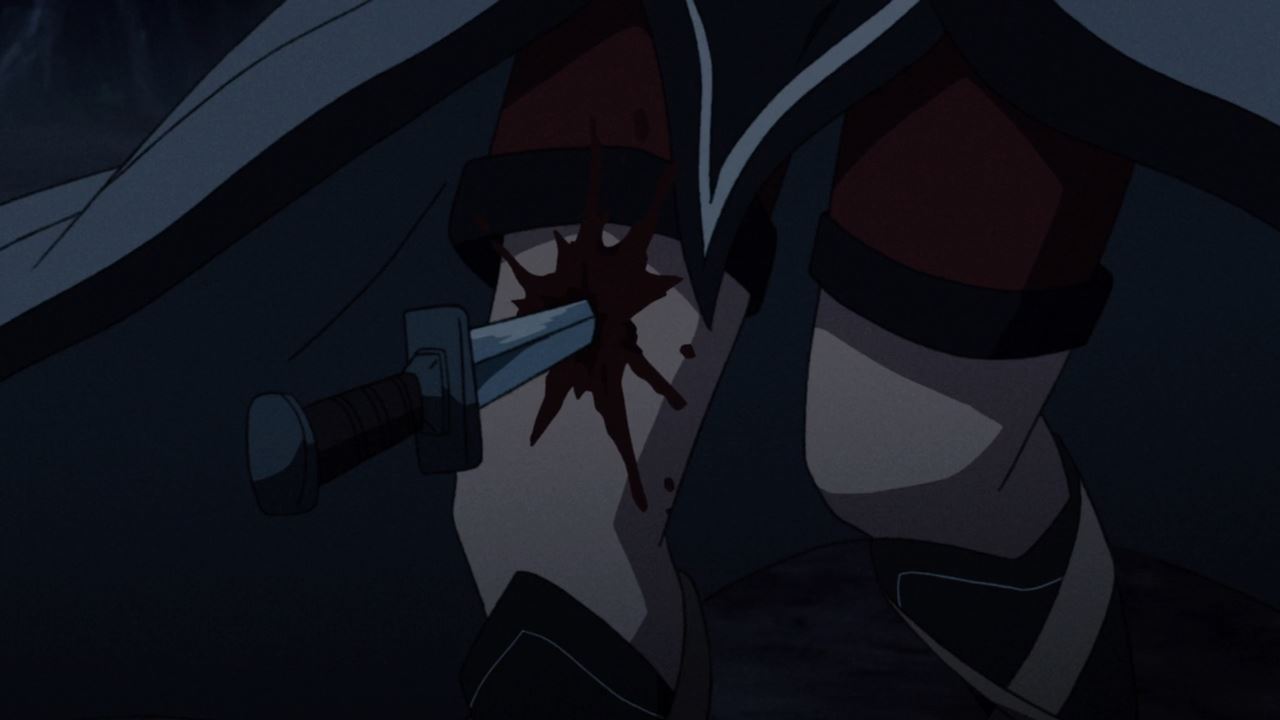 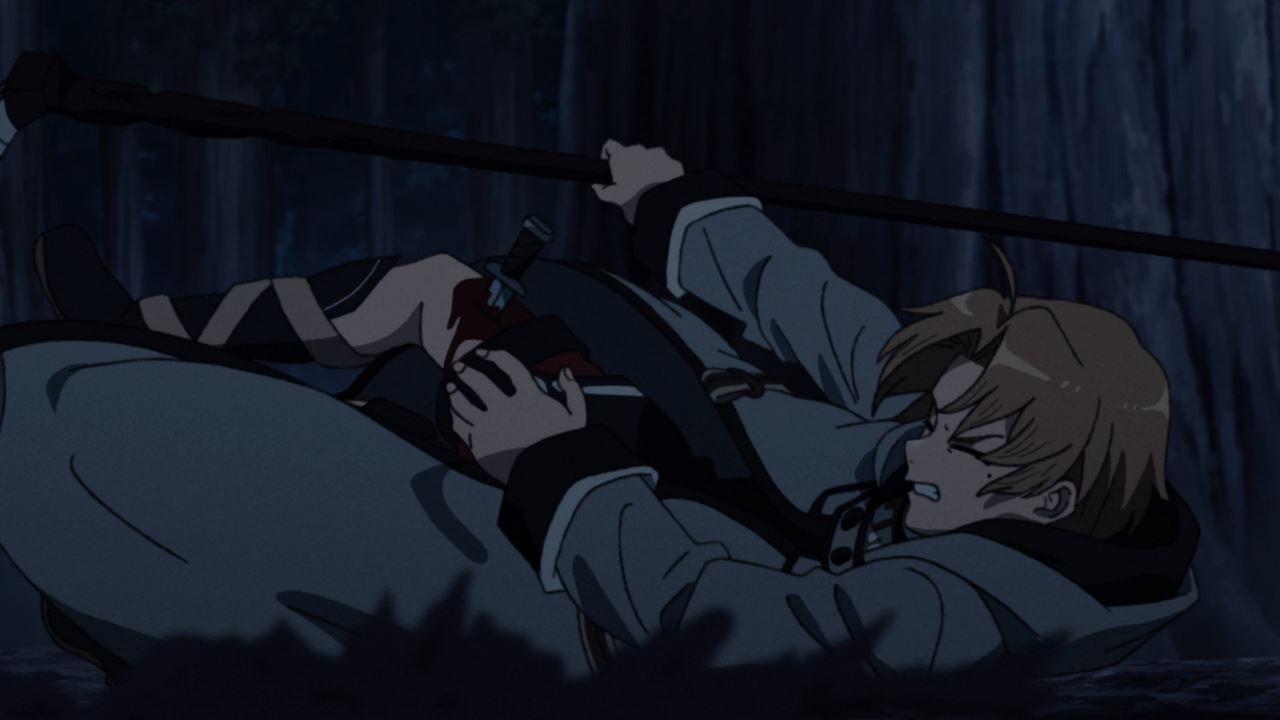 Still, Rudy is at a disadvantage where despite having the Eye of Foresight, he can’t dodge a throwing knife which Gallus took one of his legs. Looks like Rudy is about to die! 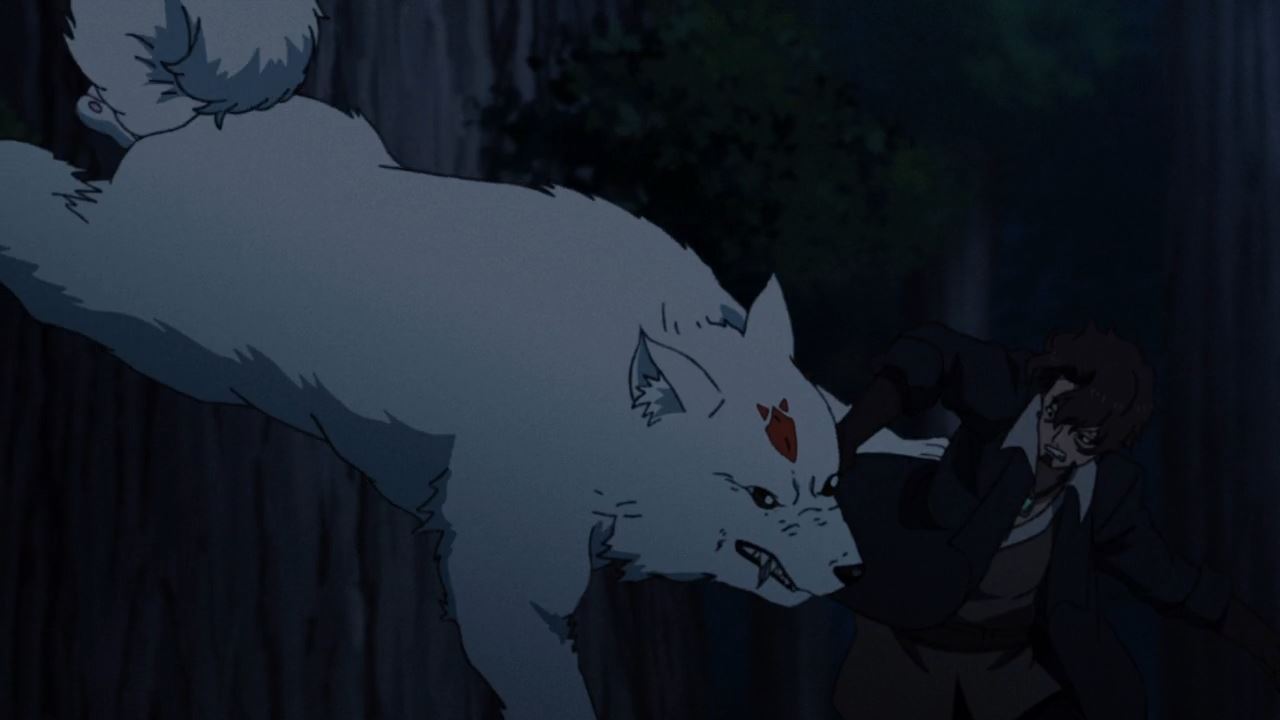 Except that a wolf named Leo managed to stop Gallus Cleaner from delivering the final blow. Glad that Rudeus saved Leo from the previous episode ’cause this wolf is very fond towards his new friend. 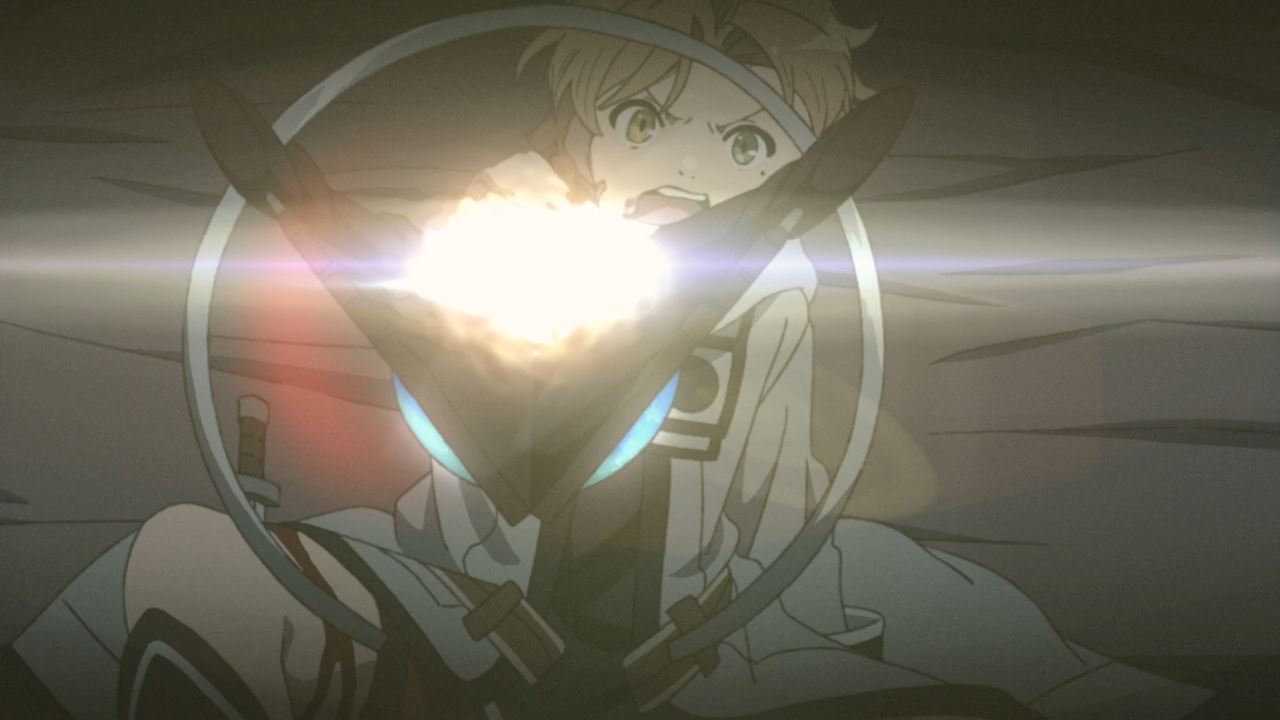 But here’s Rudeus Greyrat where he’s about to deliver the most powerful magic against Gallus Cleaner. 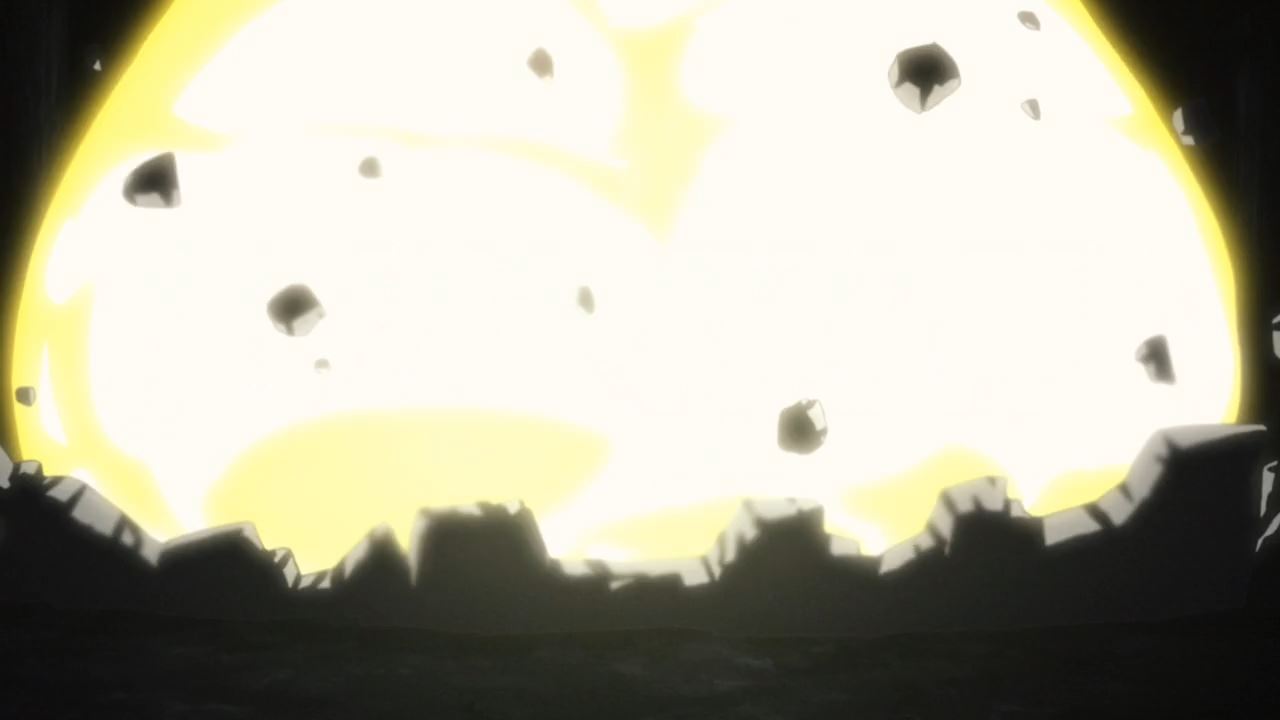 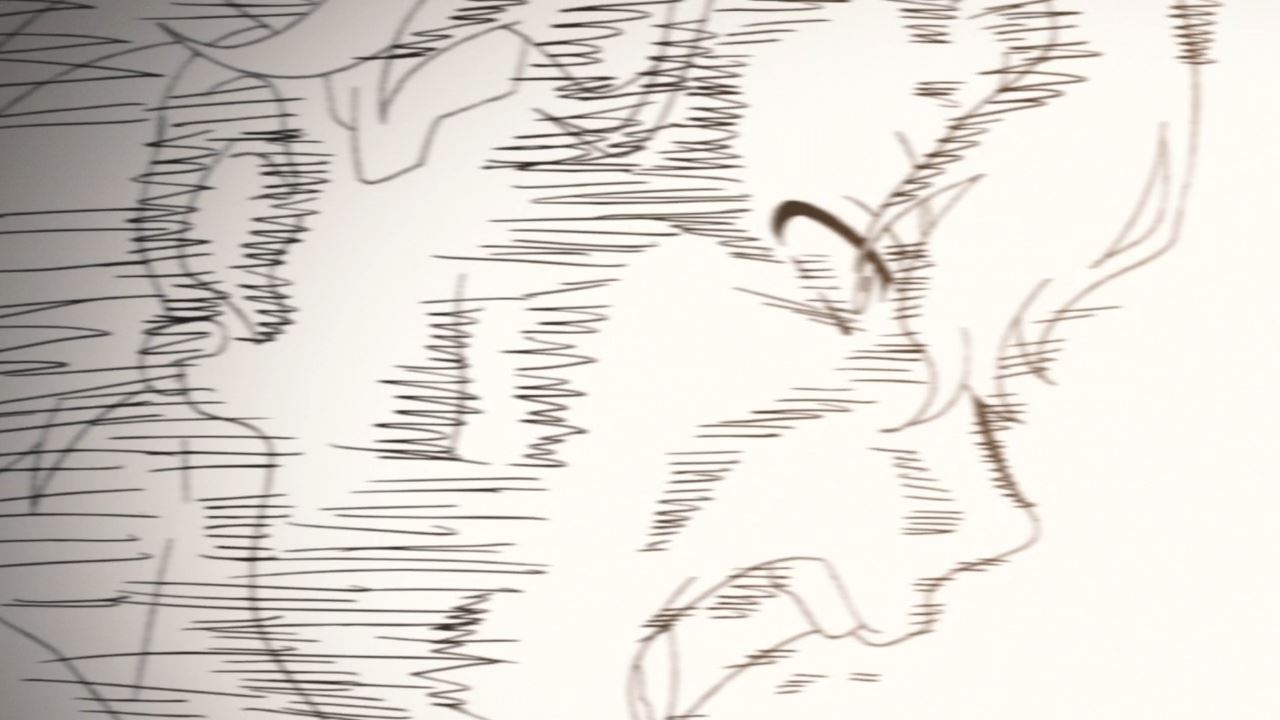 And as you can see, this North Saint didn’t survive as he got vaporized by Rudy’s magic. Anyways, looks like the bandits are finally defeated! 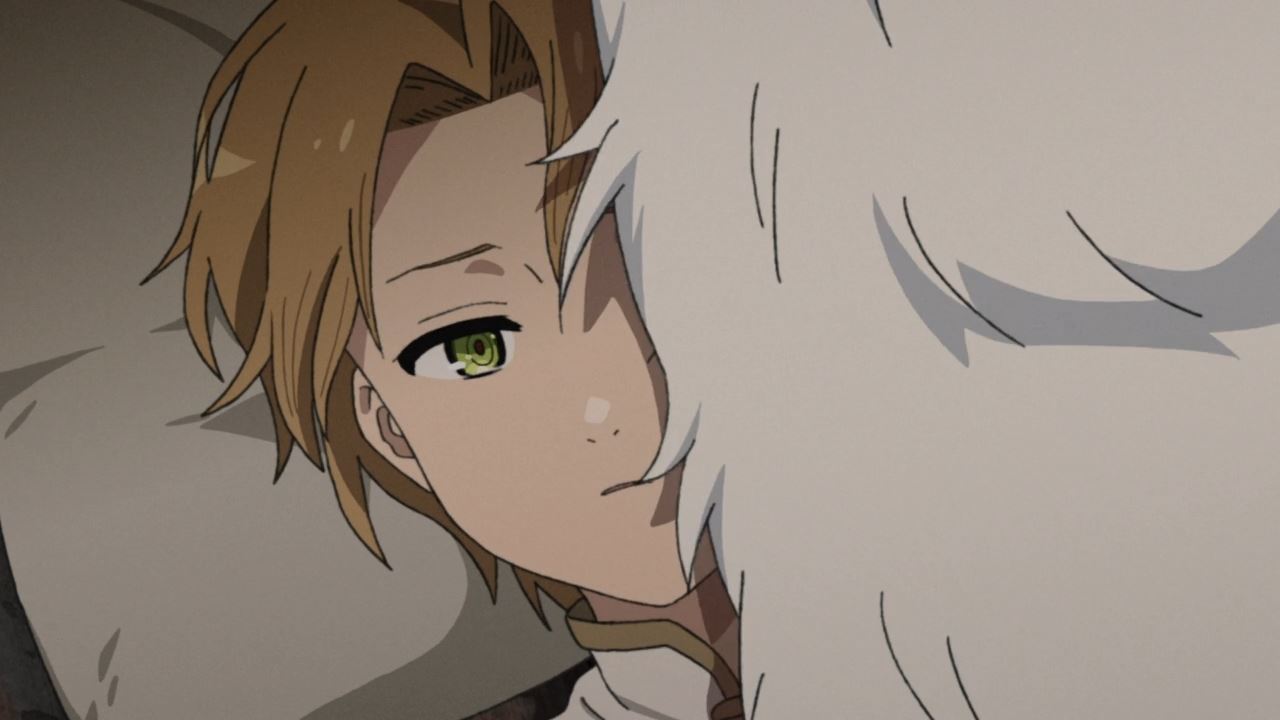 Oh, and here’s Rudy where he’s passed out after fighting against Gallus and his goons. Good thing Leo managed to wake him up as Rudy was surprised to see two certain buddies. 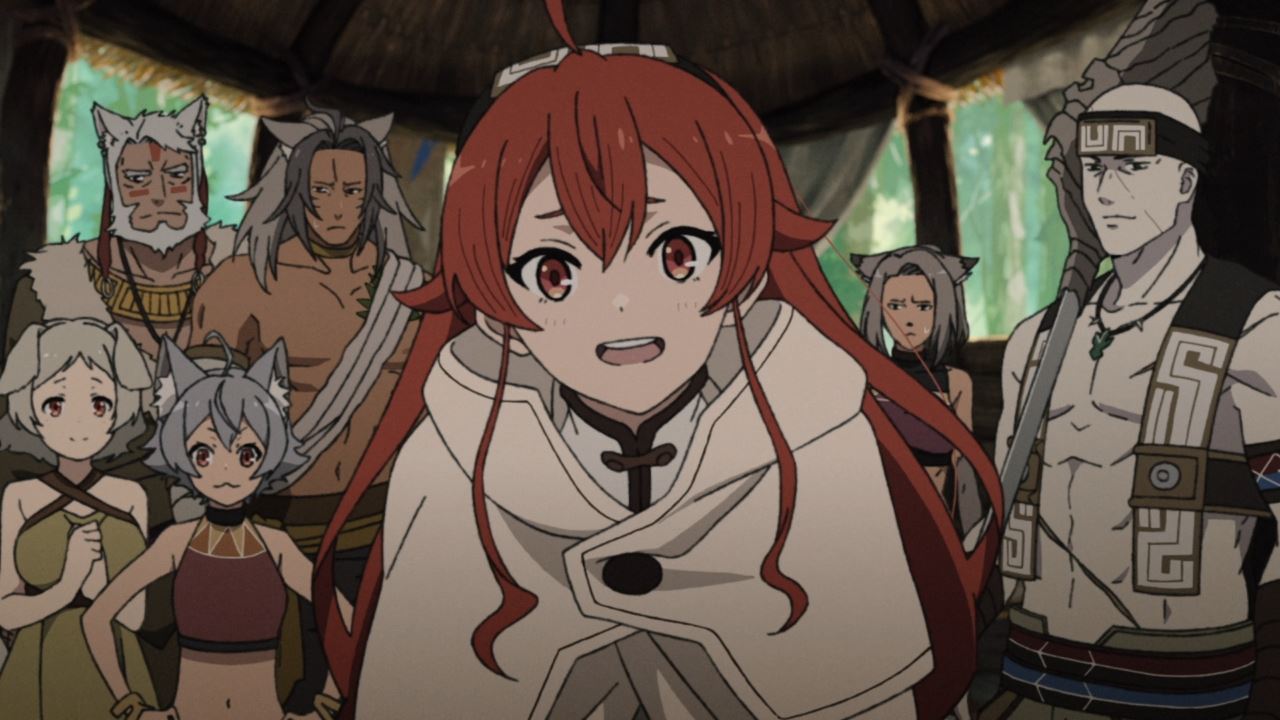 That’s right, it’s Eris Boreas Greyrat and Ruijierd Superdia where they finally found their compatriot. Man, they really took a long time to get here!

And by the way, the beast people thanked Rudy for saving their children, and apologize for the misunderstanding they caused during the entire episode. Then again, I wish they would give some time for Rudy to speak instead of throwing shit at him all the time.

Still, they’re happy to see Rudy again after rescuing the beast children from goons that Eris wants to talk about their adventures to her grandfather once they return home. 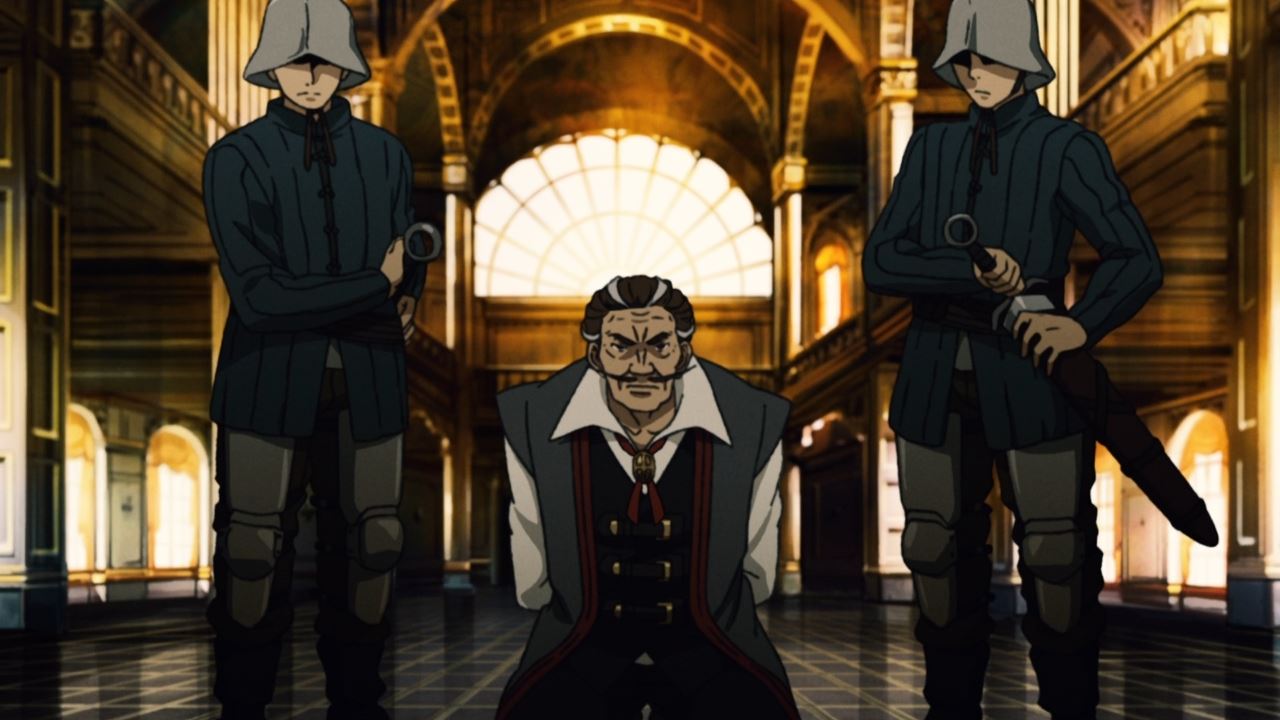 Oh yeah, about Eris’ grandfather as Sauros Boreas Greyrat is about to be executed for neglecting his duties during the mana catastrophe in Fittoa. 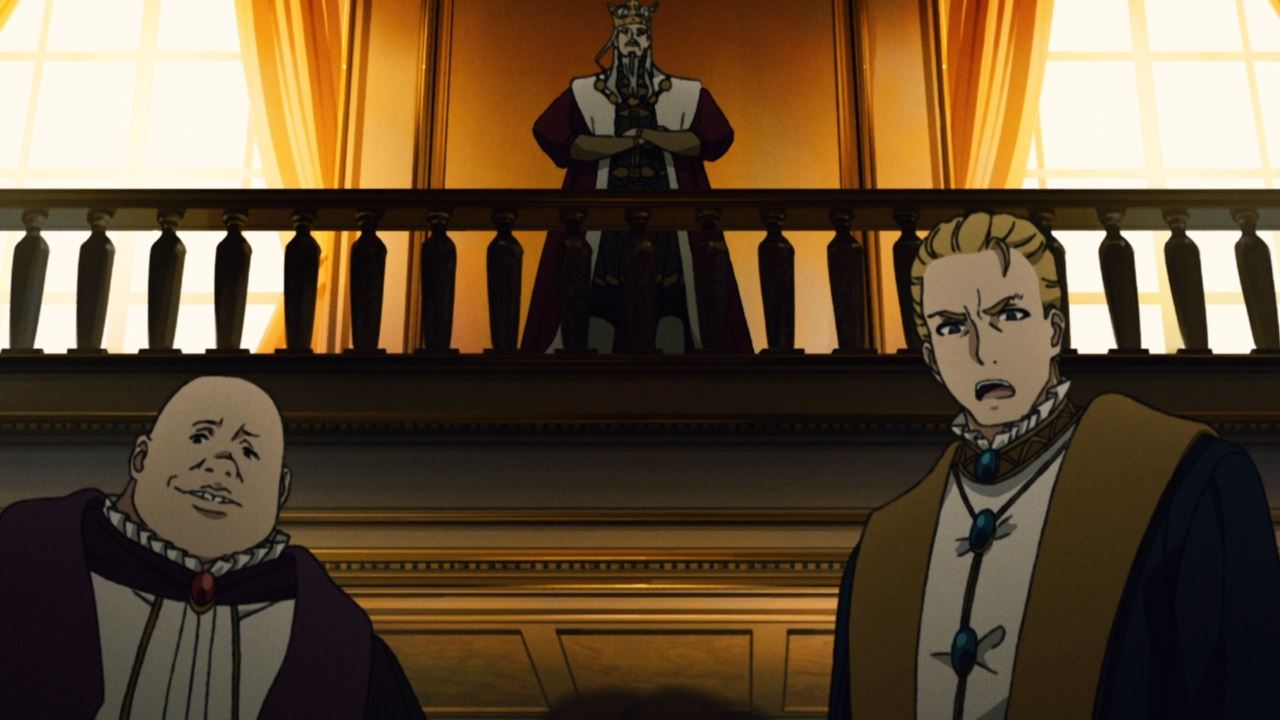 But the truth is that his rivals want him dead so that they can claim his domain and do whatever the fuck with it.

Basically, by the time Eris and Rudy arrived at their hometown, they’re treated as enemies. Still, it’s sucks that Sauros is being blamed for the disaster. 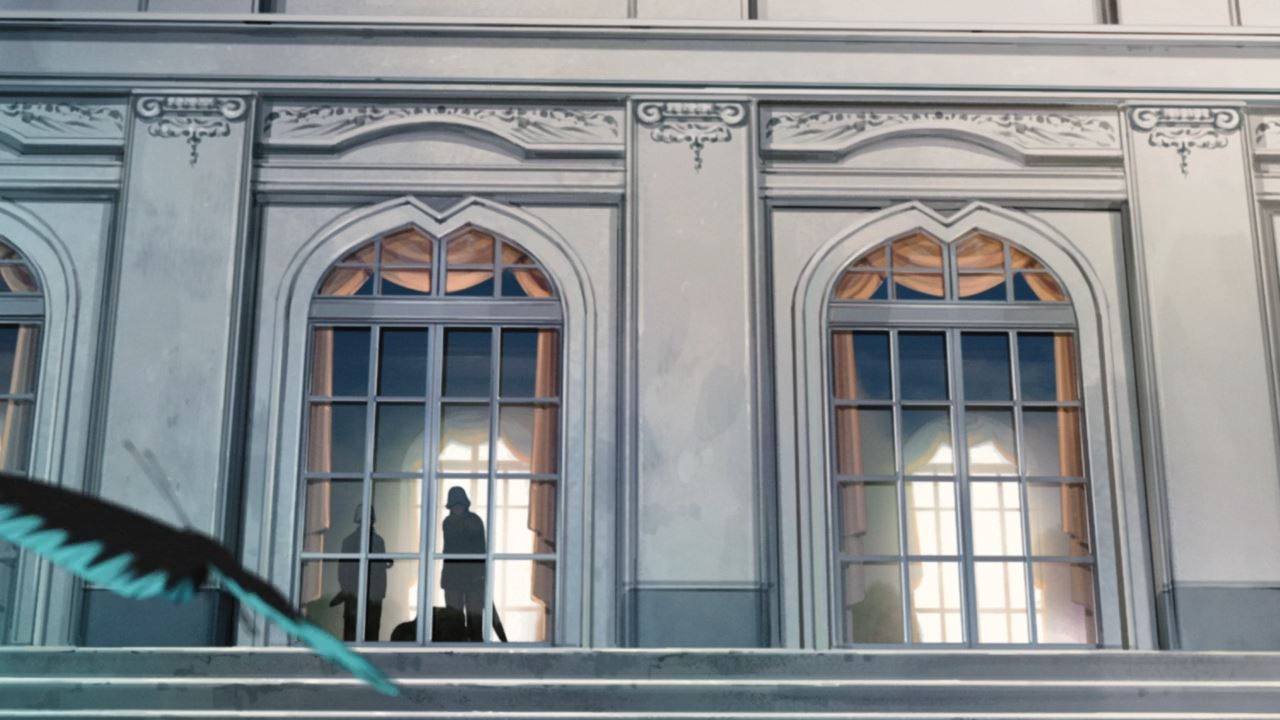 But that’s about it for this episode as we end with the execution of Sauros Boreas Greyrat. As for his parting words? He wants his granddaughter to be happy, which is very sad that Eris won’t be seeing her grandfather ever again.

By the way, I have to say that Gisu is a good ally towards Rudeus Greyrat, although the boy shouldn’t put his whole trust toward the new guy. C’mon, Rudy must be cautious towards everything, especially when dealing with friends or strangers.

Anyways, tune in next time where I have a feeling that Rudy and his friends will be sticking around in the forest until they decided to go home.