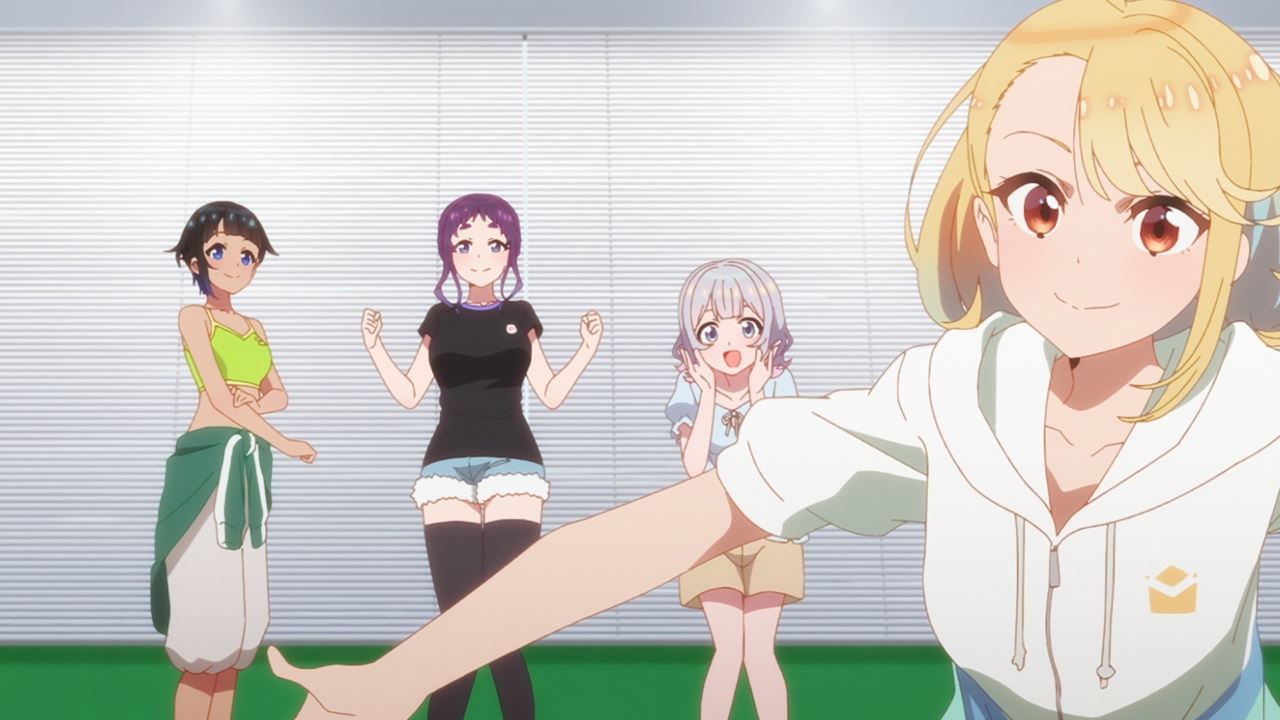 Well everyone, it’s time for the other two teams to step up their game after Suzune Miyama and Rena Hananoi delivered a stunning performance on the previous episode.

But let’s focus on the dance team where Hiromi Hamaguri and the rest told everyone via a live stream that they’re training hard to give the best performance in the first round. Sounds assuring, right? 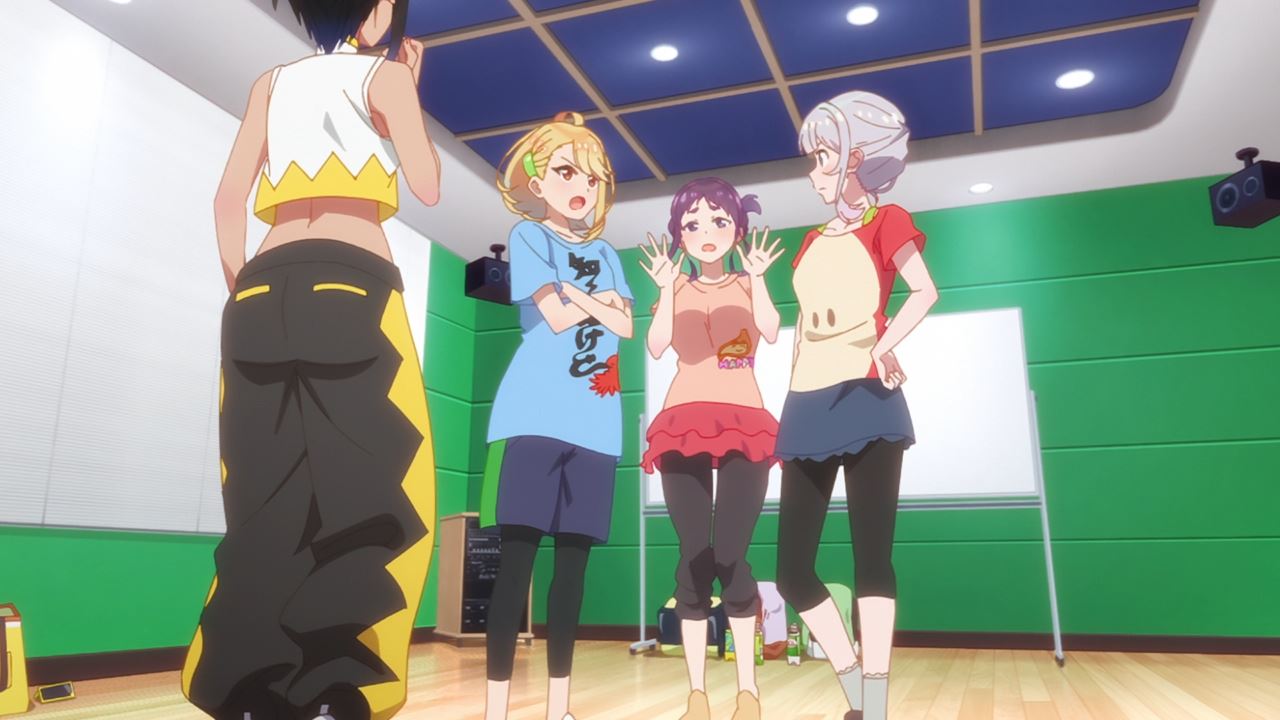 Well, the truth is that they’re bickering in regards to the choreography. While Hamaguri wants to copy one of the successful idol groups produced by the Selection Project, the likes of Nagisa Imau wanted their performance to have some original dance moves that reflects their personality.

With that said, looks like the dance team is doomed to fail. Heck, they didn’t have a group name yet. 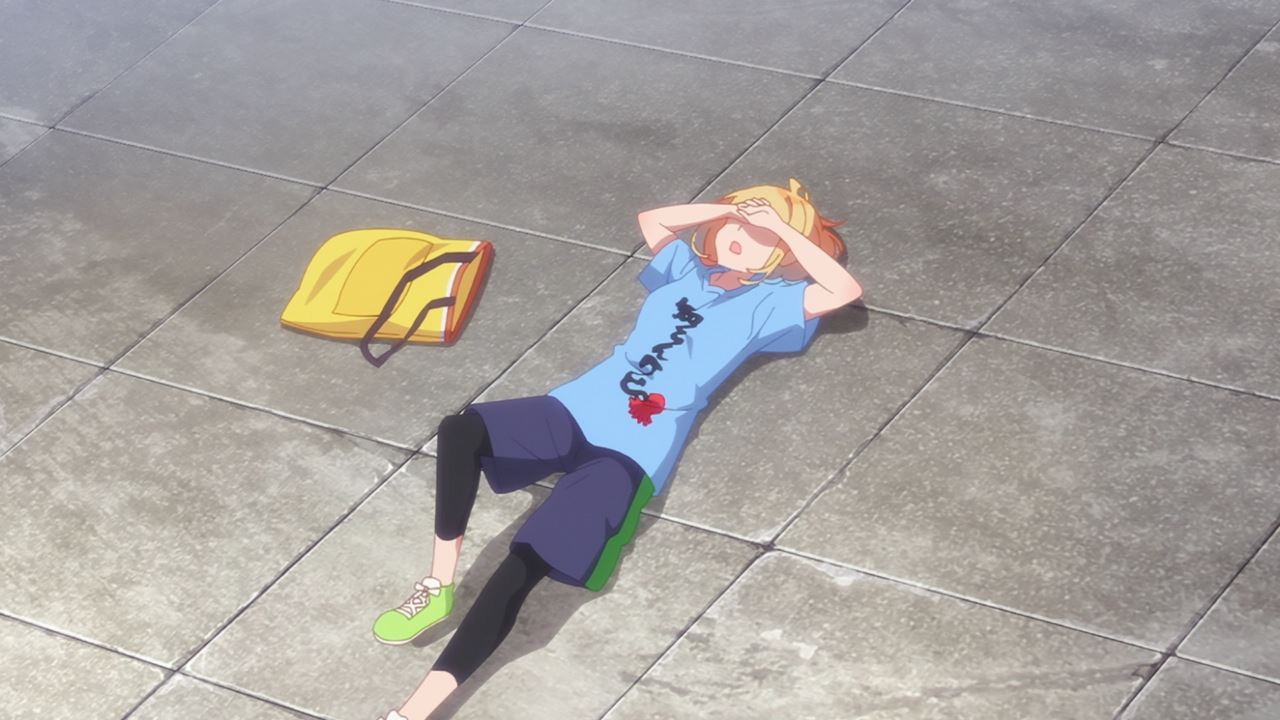 Of course, there’s one person who really screw it up as Hiromi blamed herself for being too hard towards her teammates.

Considering that she grew up to a large family in Osaka, especially when she’s taking care of her brothers, let’s say that Hiromi has a tomboyish attitude. 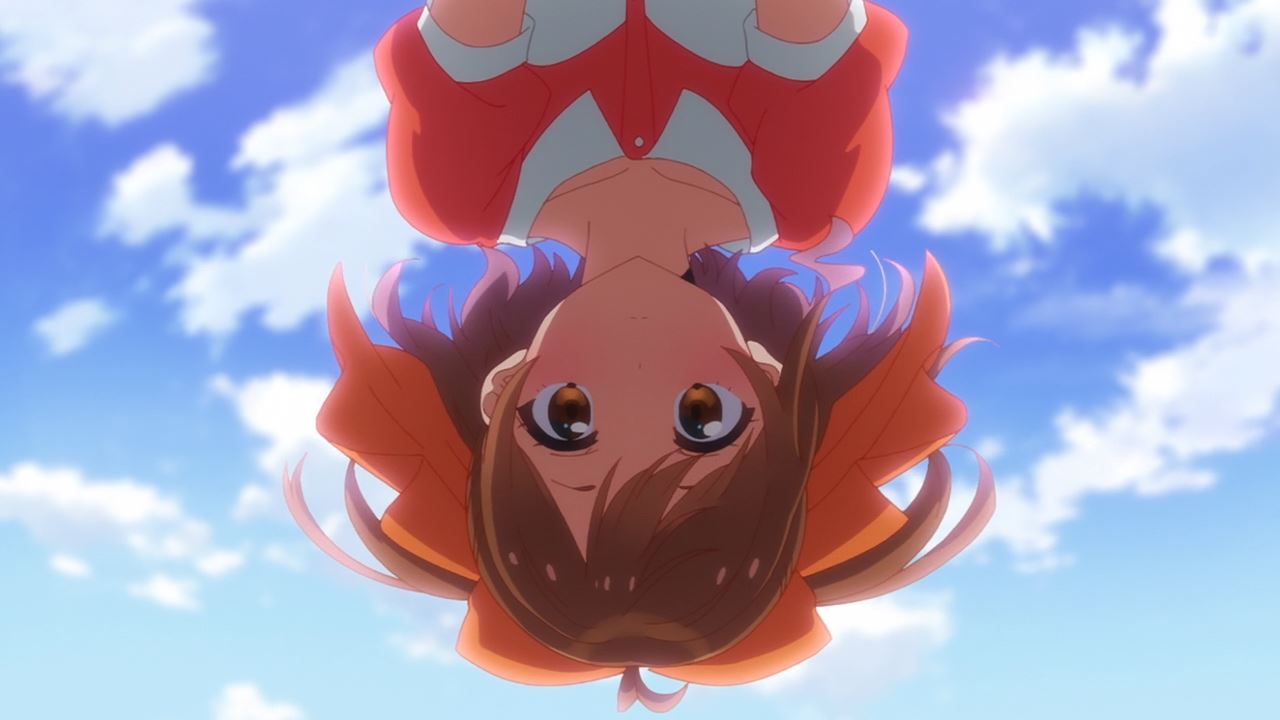 Anyways, here’s Suzune Miyama where she’s very curious towards Hiromi Hamaguri and her problems with her teammates, although having Suzu appearing out of the blue has surprised Hiromi a lot. 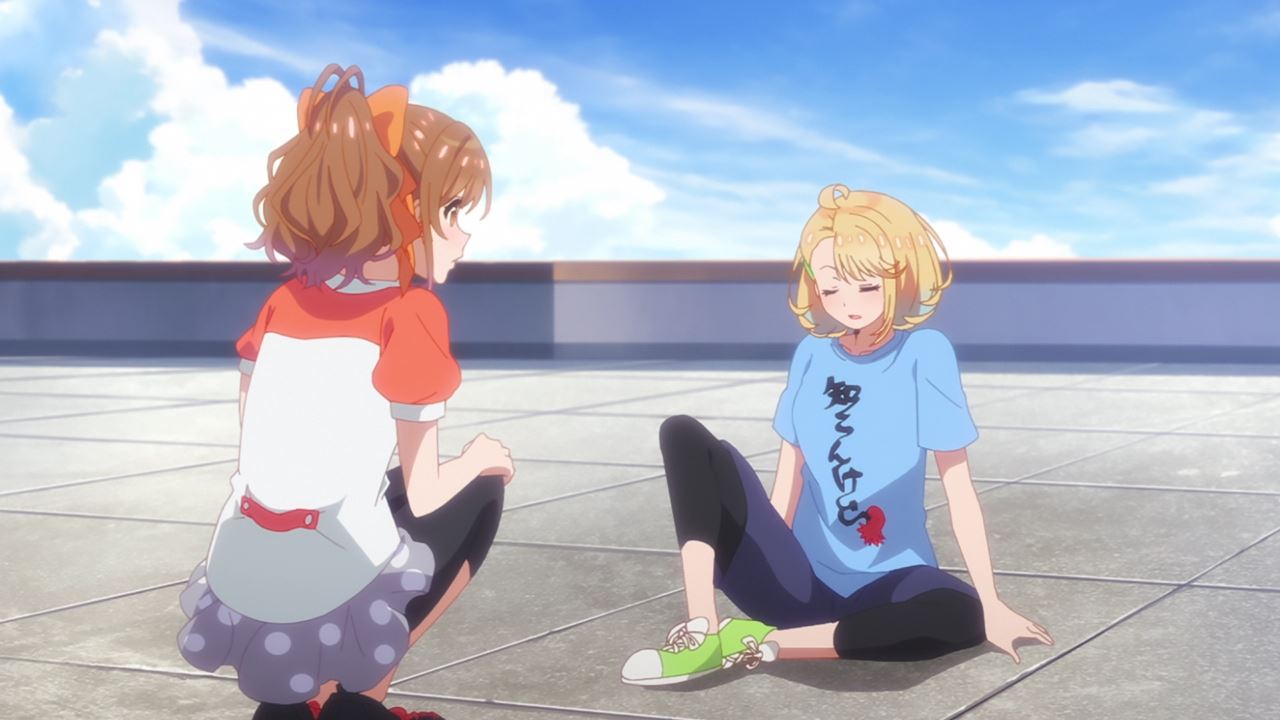 But yes, she told Suzu about her life prior to joining the Selection Project as Hiromi wants to understand her teammates rather than pushing her ideas to other people. 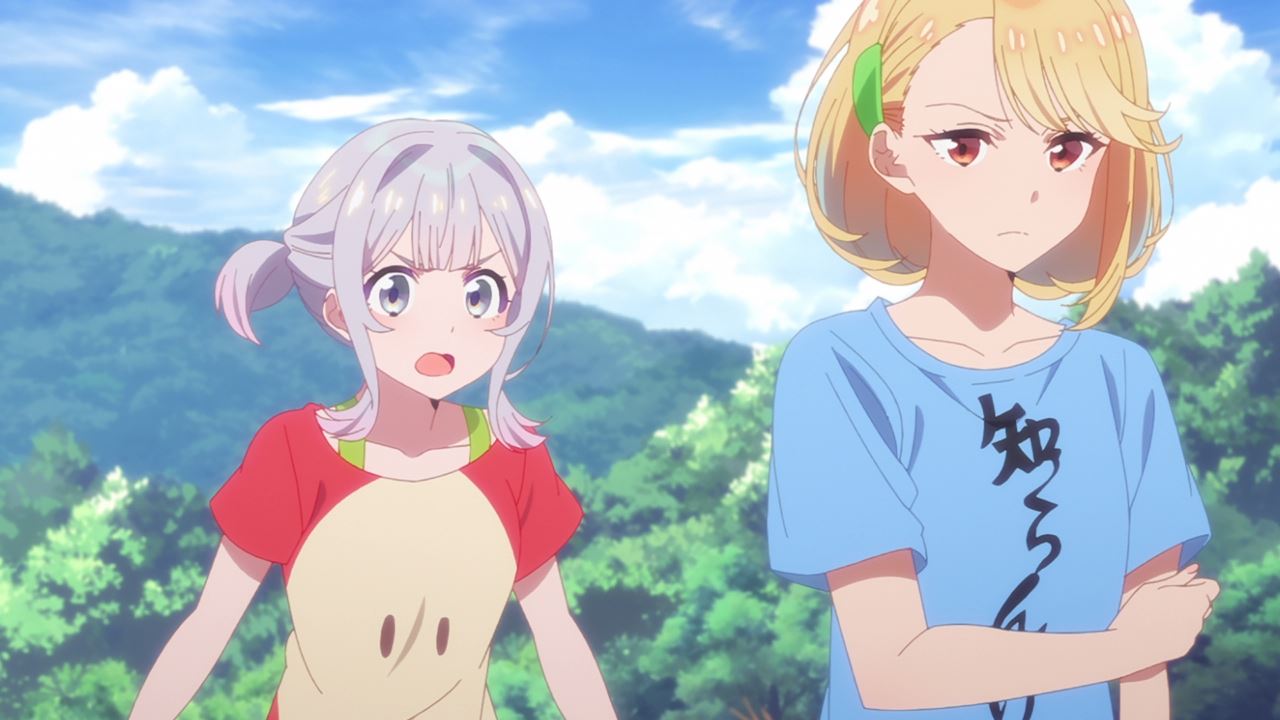 Also, here’s Nagisa Imau where she told Hiromi about her family where Nagisa grew up with only her mother. All I can say is that both Hamaguri and Imau have opposite to each other, especially when it comes to their respective families. 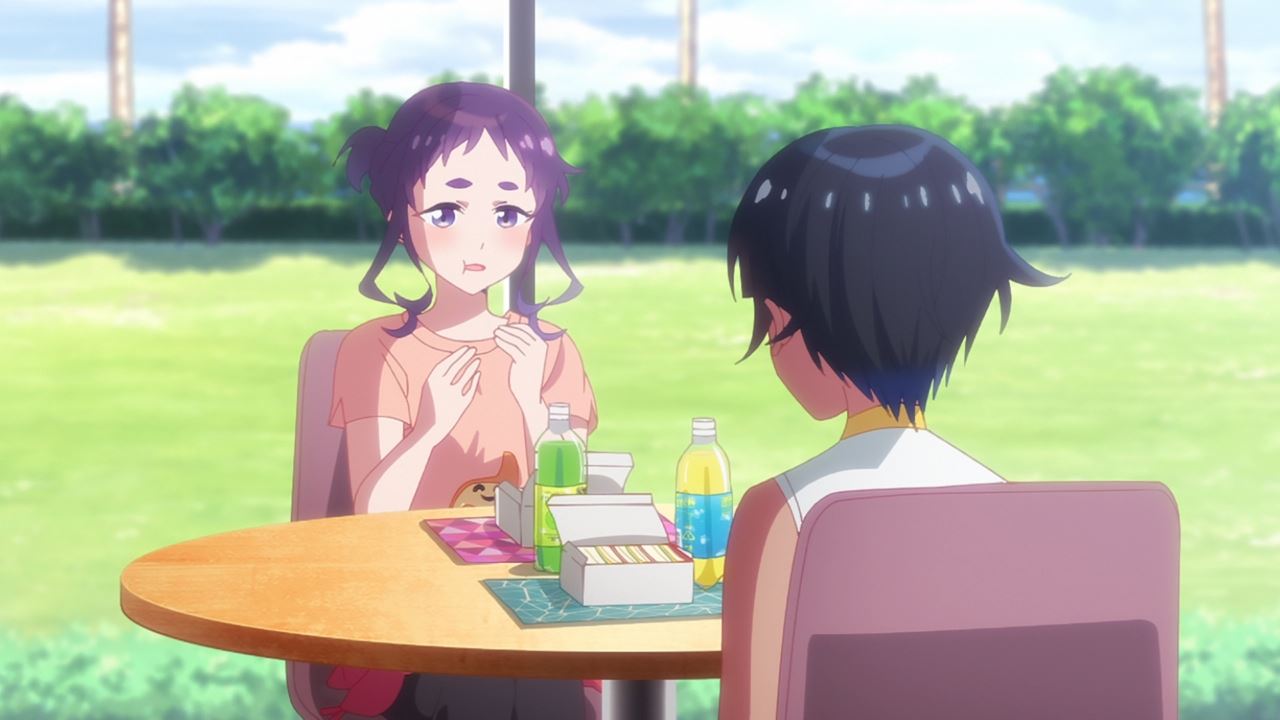 Meanwhile, let’s talk about Nodoka Yagi where she eats a lot of food, mostly from Hokkaido where Nodoka always showcase her prefecture’s delicacies whenever she qualifies.

Then again, Nodoka got sick of eating her local delicacies that she wants to eat her favorite food, although I wish Nodoka should eat less or she’ll get fat. 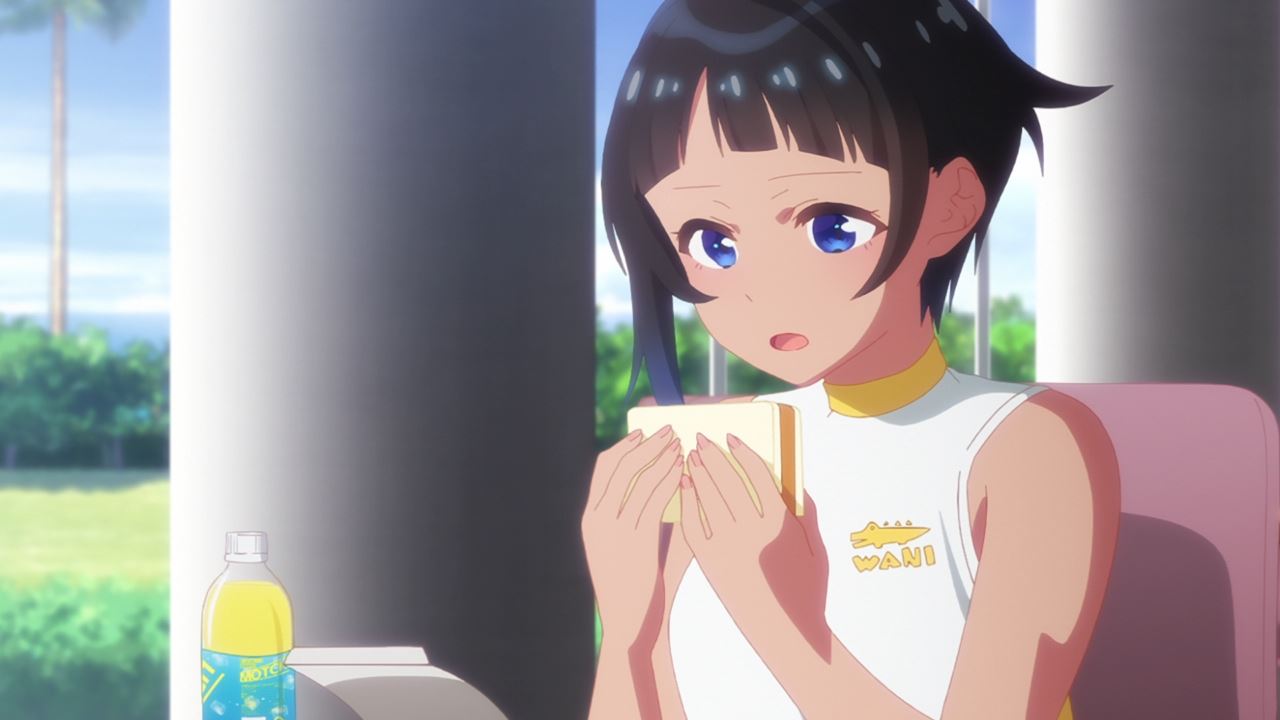 And as for Ao Yodogawa? Well, the reason why she joined the Selection Project is because she felt that there’s nothing to prove in the world of track and field.

Then again, I wish Ao-chan can still stick to her athletics career and aim at the world stage, rather than becoming an idol in which it’s a volatile career choice. Of course, I really respect Yodogawa’s decision. 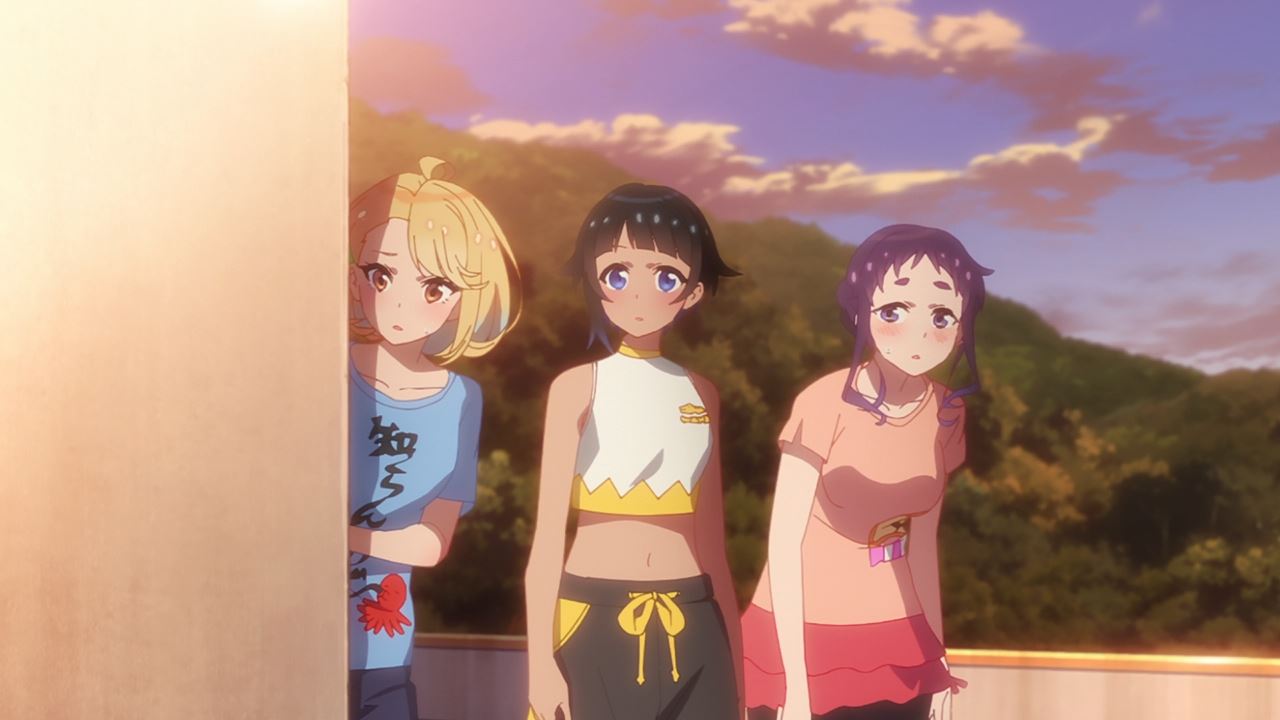 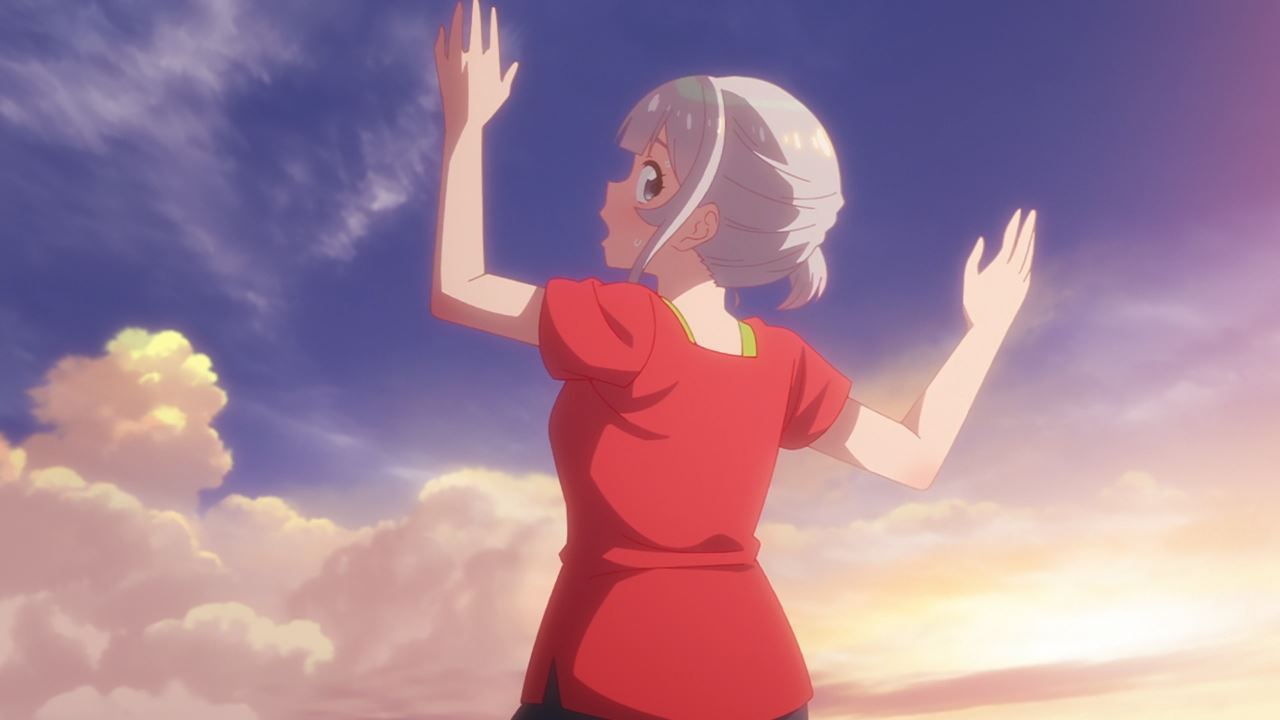 Now let’s move onto the next scene where Nagisa Imau is still practicing her dance steps on her own. That’s until Hiromi Hamaguri and the rest managed to get her as they thought that Imau left the competition. 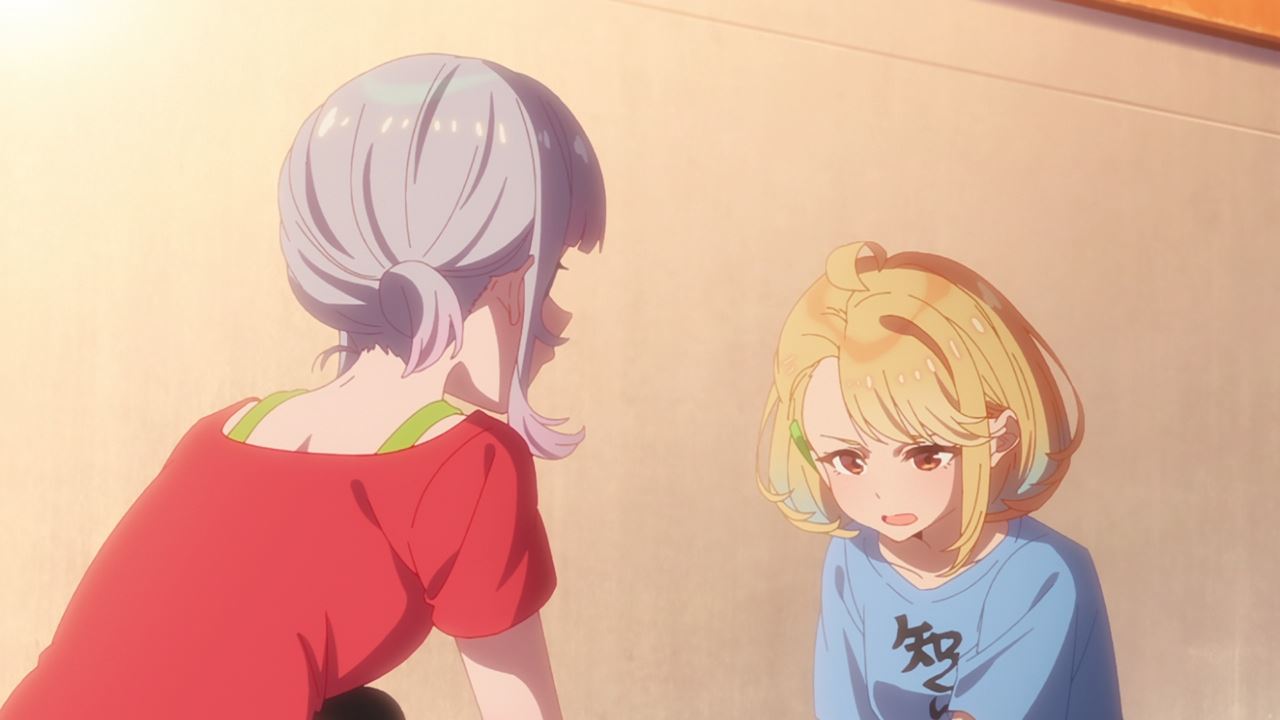 But here’s Hiromi where she apologize for being pushy and wants to make up for her mistakes by listening to her teammates.

While it’s a great start for Hamaguri, I’m hoping that they still have time to finalize their choreography. 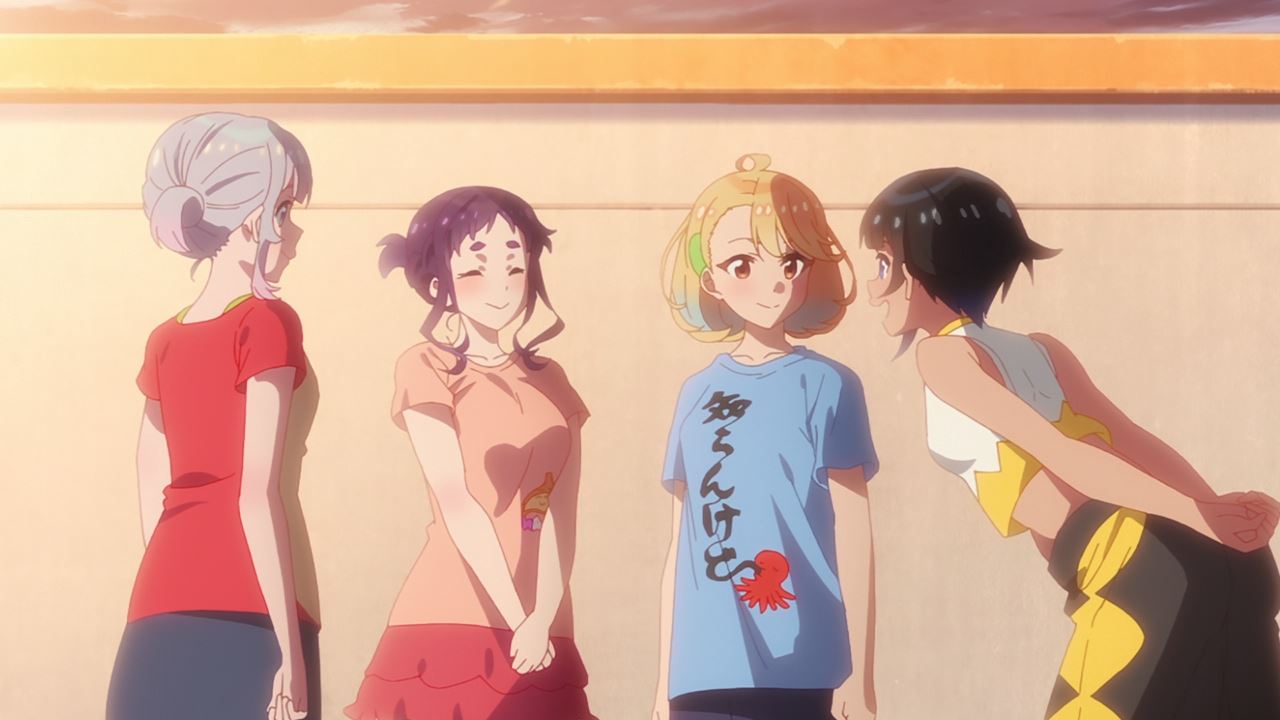 Oh yeah, as for their group name? They’ll call themselves as Splash Soda where despite having different personalities, they’re united with their love of carbonated drinks. Really clever there! 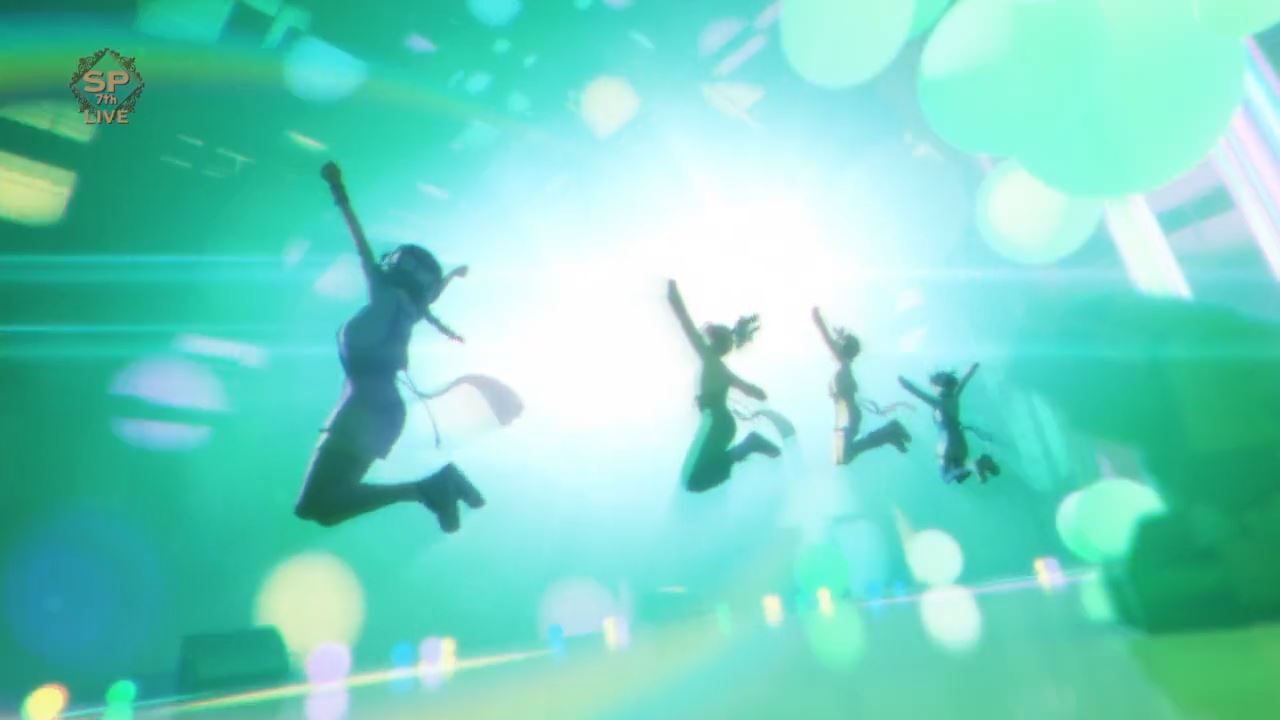 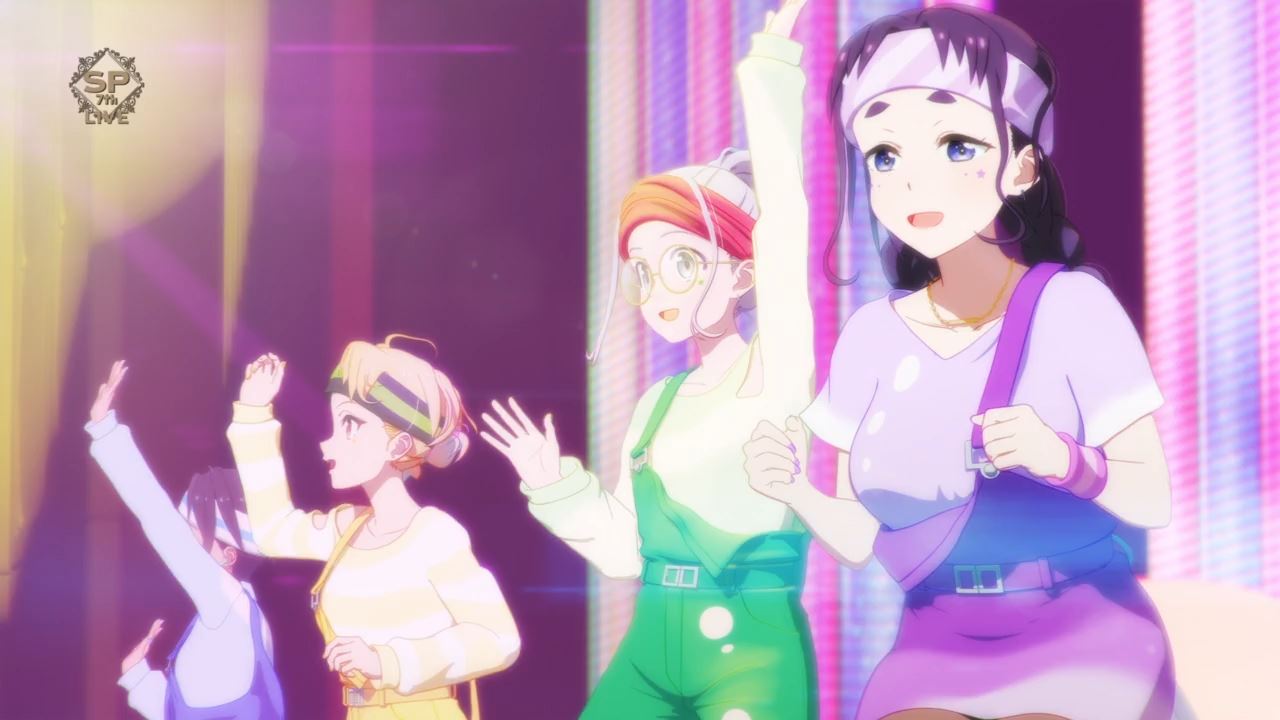 And so, the quartet known as Splash Soda performed “Sparkrash”, a bubbly song where Hiromi and her teammates show their true colors as they dance to the beat.

Now, while I have to say that the dance sequence is energetic, how did Splash Soda fare in the first round? 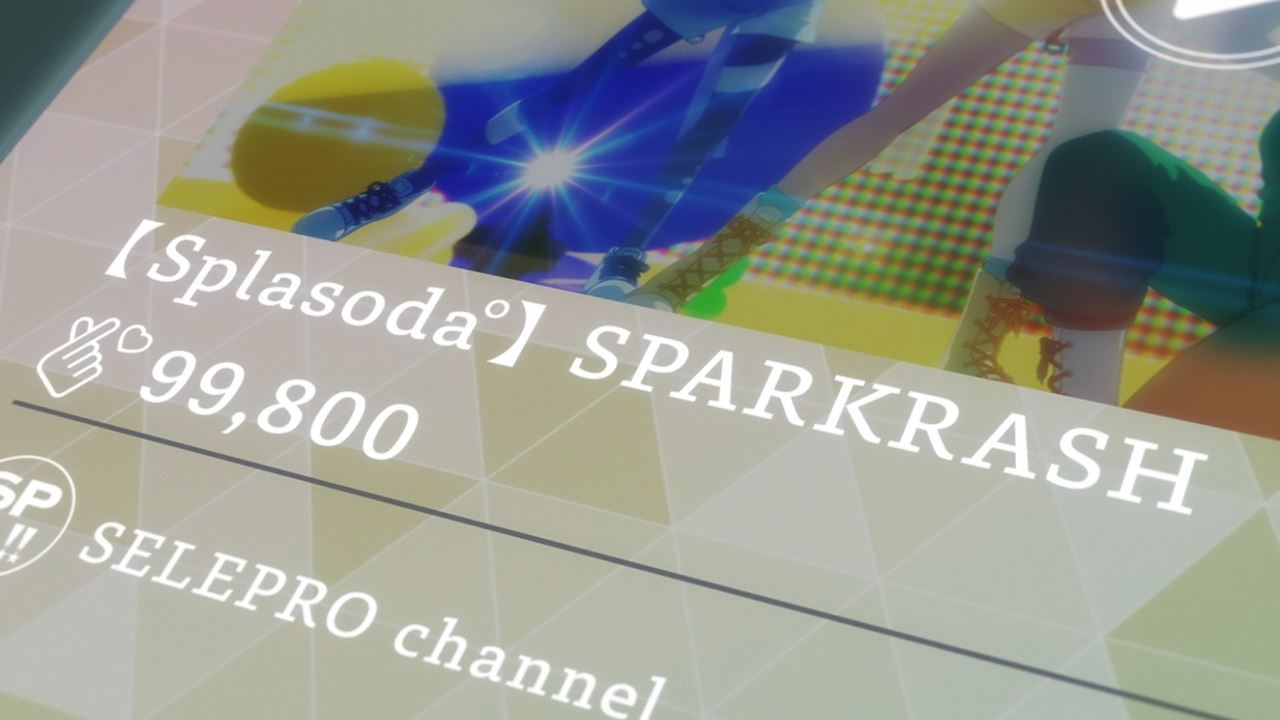 Well, they didn’t reach the 100,000 Yell threshold, meaning that Splash Soda’s road might end. Of course, it’s still too early if the quartet will be eliminated or not ’cause there’s one group left who haven’t performed yet. 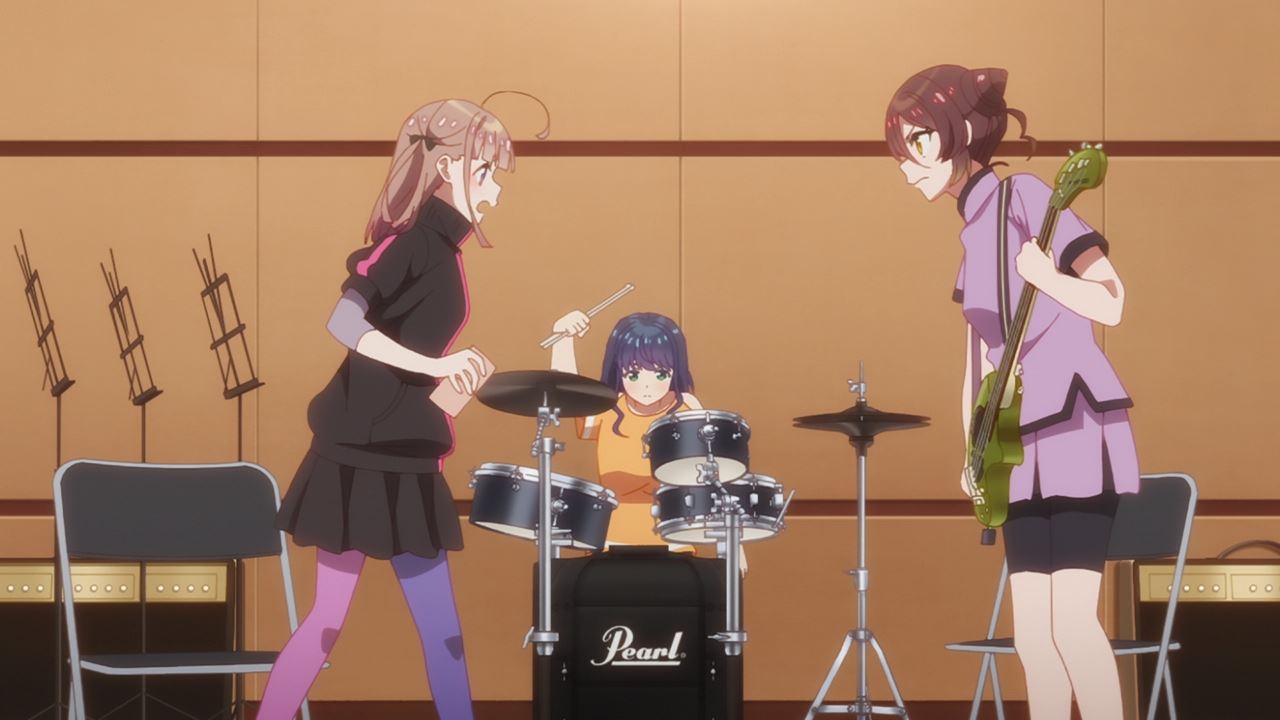 But speaking of the band group, looks like Uta Koizumi and Shiori Yamaga are arguing over which direction they’ll take to, although Mako Toma will have to pacify these two contestants ’cause it’ll be bad if they haven’t made any progress.

Oh yeah, and the reason for their bickering is because both Uta and Shiori are being pressured by their respective families to aim higher and achieve an honorable result. Honestly, both girls shouldn’t get pressured by their parents ’cause that’ll hinder their personal development.

Anyways, tune in next time where I’ll see the trio perform… if they managed to reconcile of course.