Tsuki to Laika to Nosferatu Episode #04 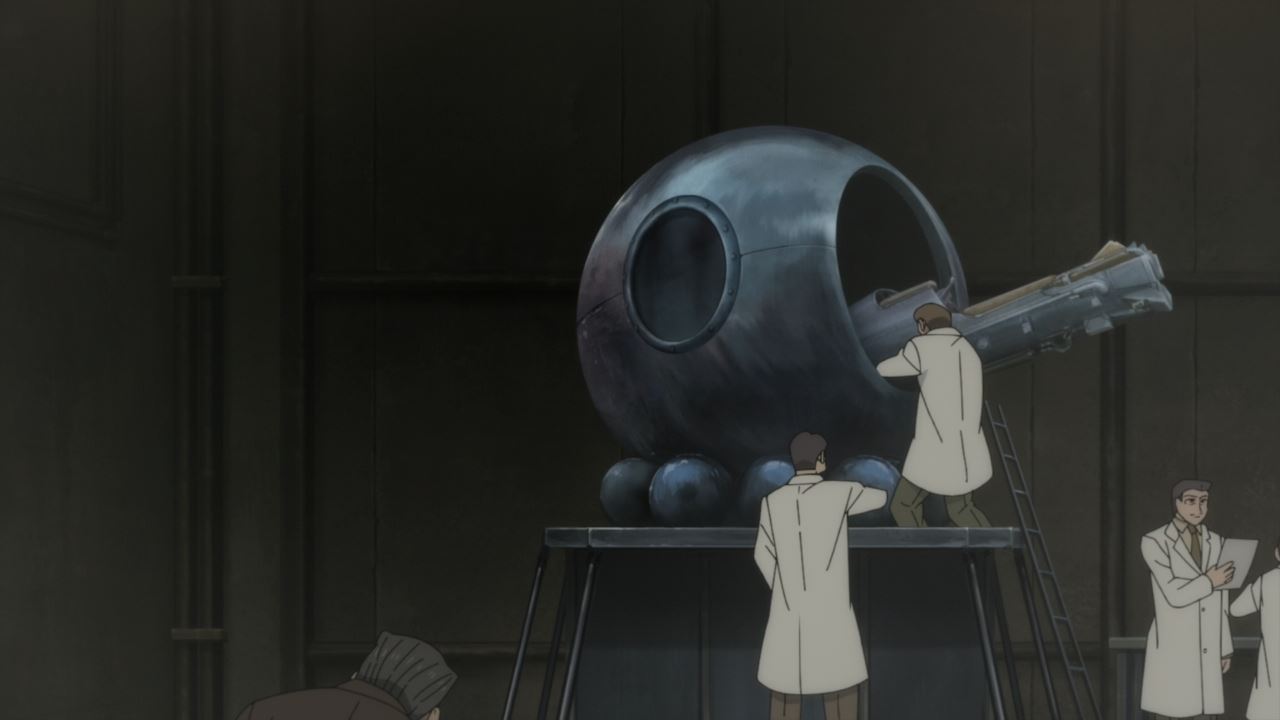 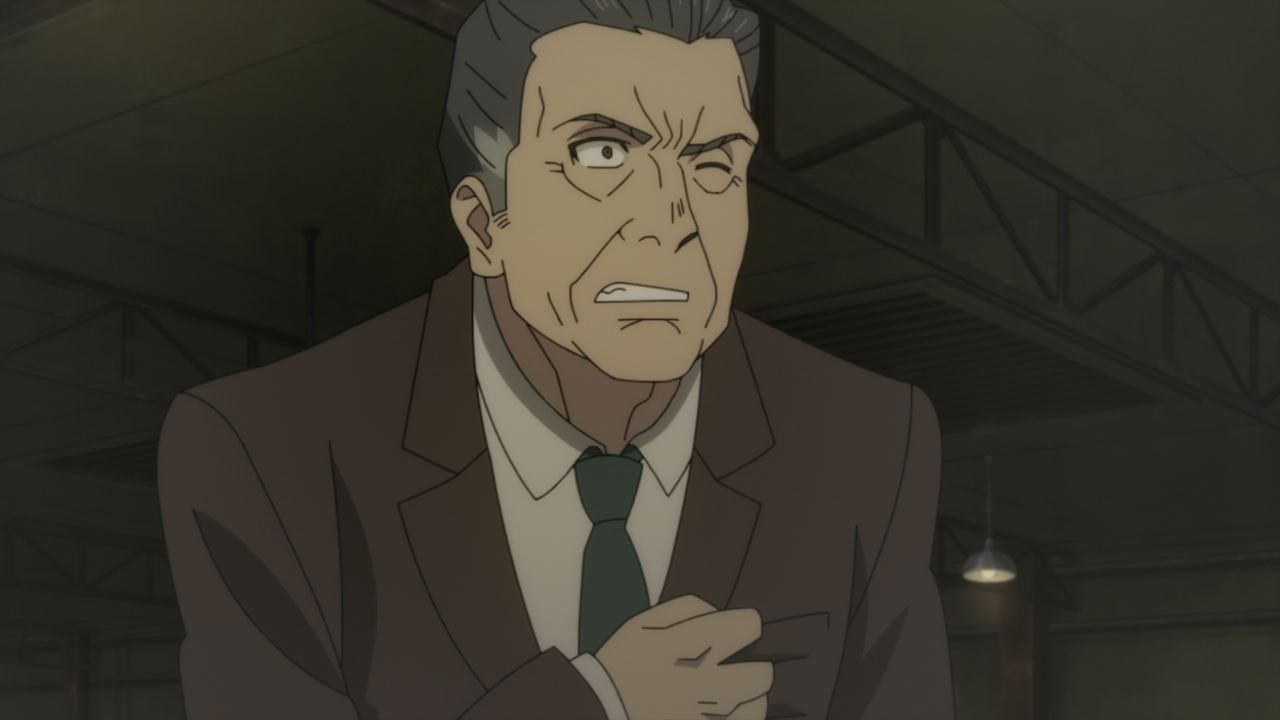 Well, this is interesting (and frightening) as Slava Korovin is having some heart complications lately. I have a feeling that he might die before seeing the first manned space flight.

Of course, if Slava Korovin is dead, his successor might derail the space program and you know that the premier doesn’t want anyone make a huge screw-up! 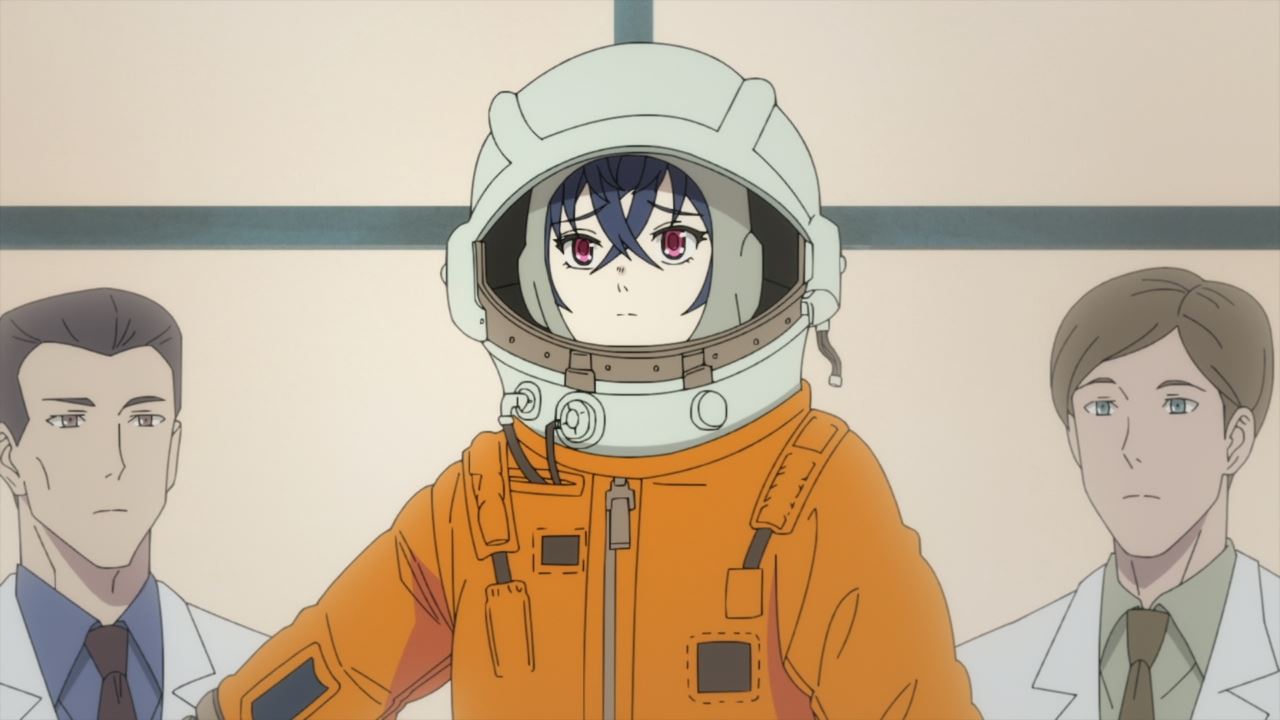 Now let’s move onto Irina Luminesk where she finally wearing her cosmonaut suit. Yes, she’s the first one who will wear it. 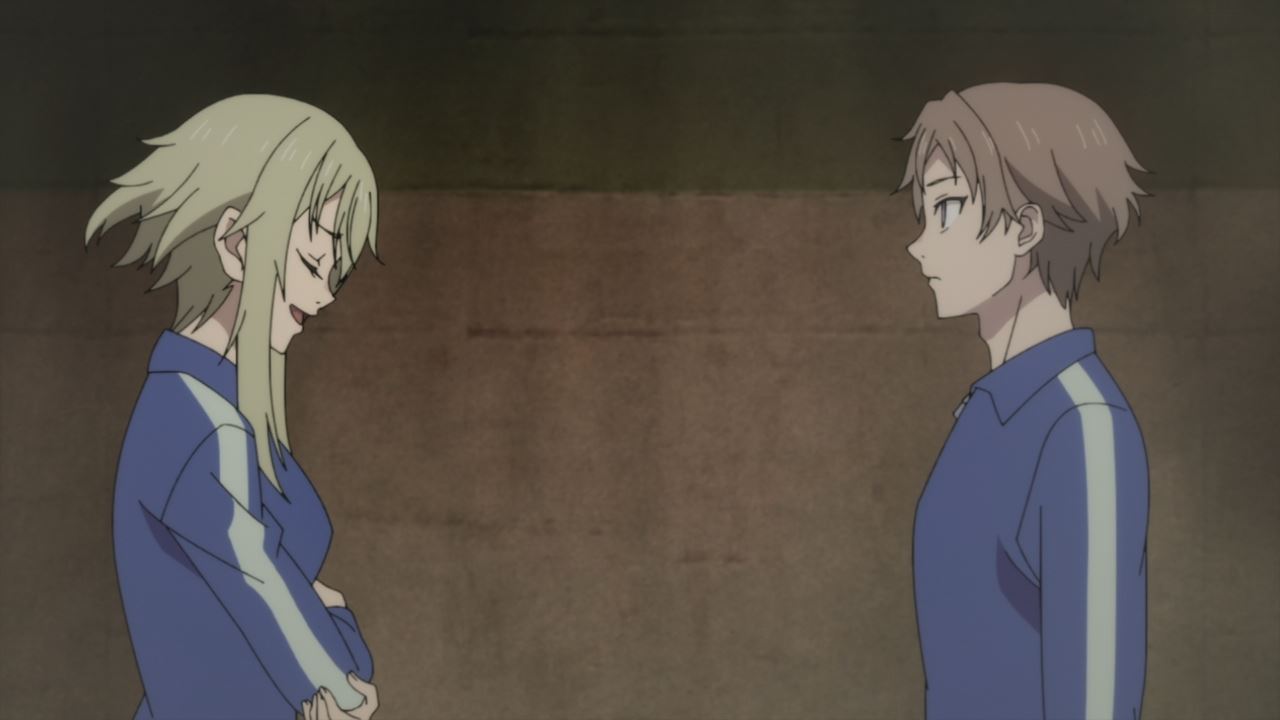 However, Roza Plevitskaya won’t accept that a vampire has beaten a human to the punch. Furthermore, Roza believes that the Politburo will dispose Irina once they’re done sending her to space. 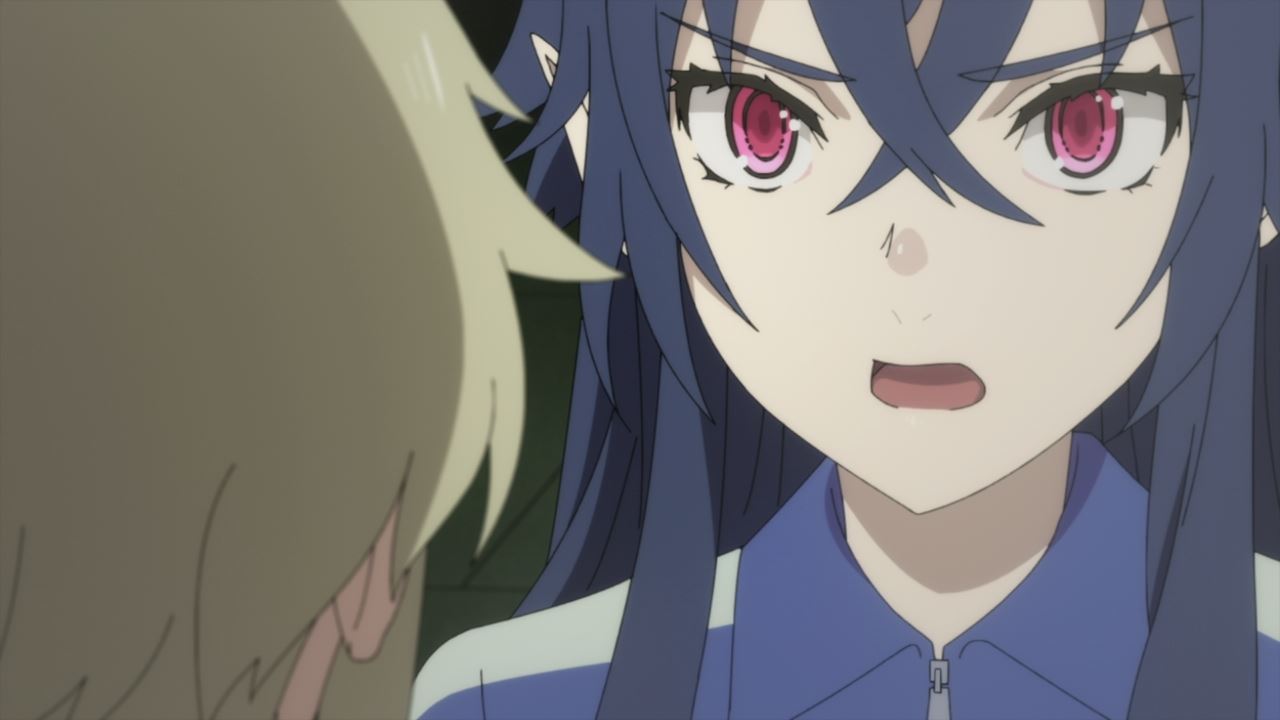 Then again, the vampire rebutted Roza where she doesn’t want anyone talking to her behind her back. If they want to say something nasty to Irina, they should do it directly. 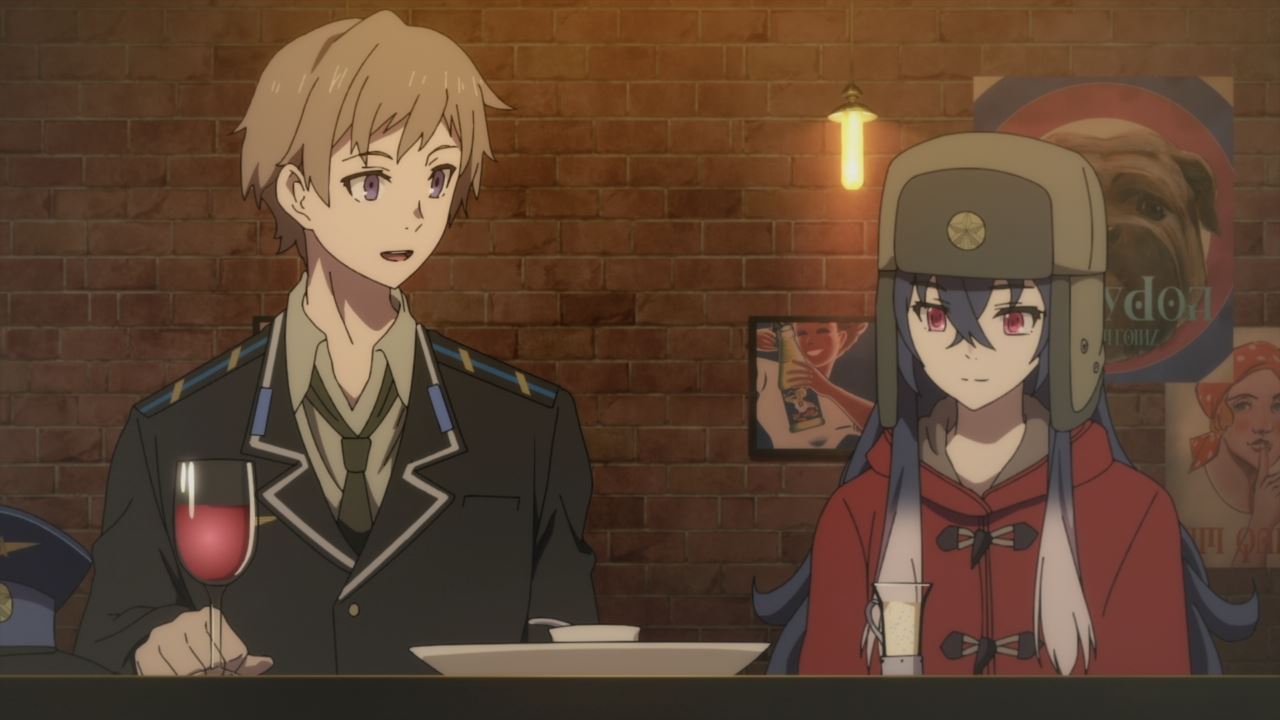 Now then, Lev Leps took Irina Luminesk to Zvezda, Laika 44’s only jazz bar where the story goes is that jazz was recently lifted its ban by the government. Really surprising to allow a western music genre where the Politburo ban everything from the United Kingdom of Arnack and its allies.

With that said, it’s time for Leve and Irina to drink, relax, and enjoy some sweet jazz music. And by the way, she’s drinking a glass of soda water because Irina is actually underage… until Lev told her that the minimum age requirement is actually 16 years old. 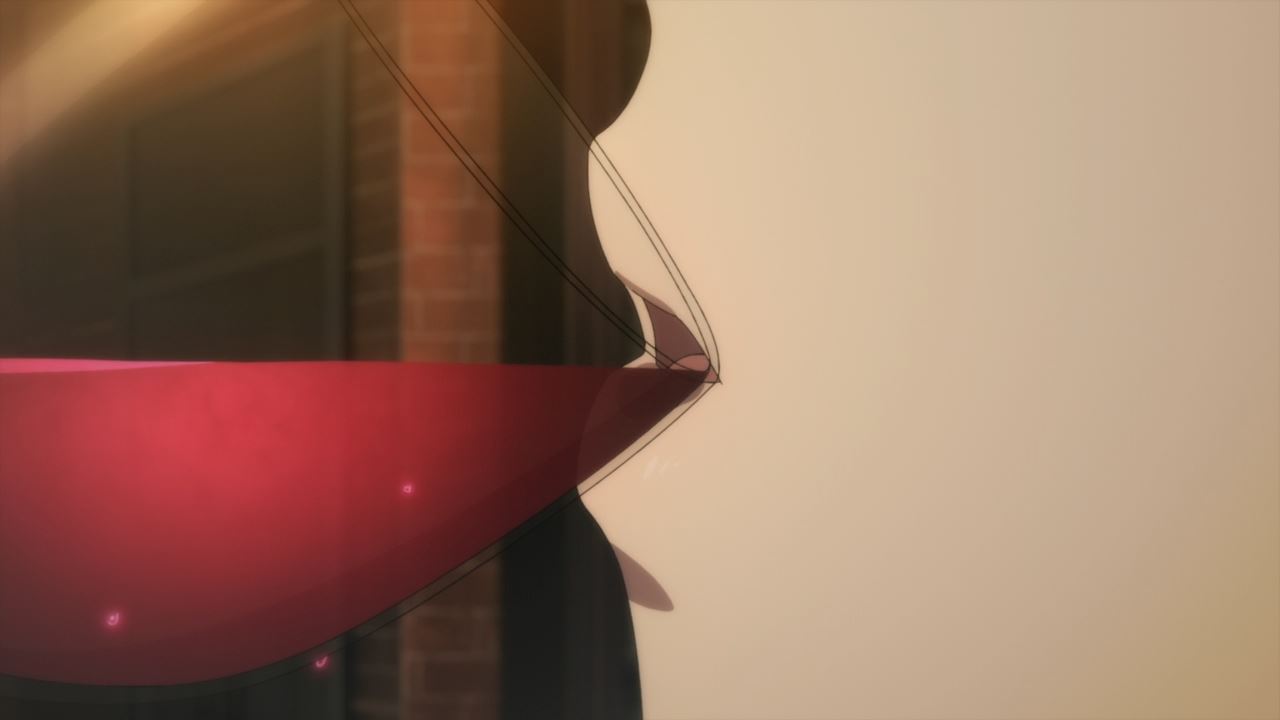 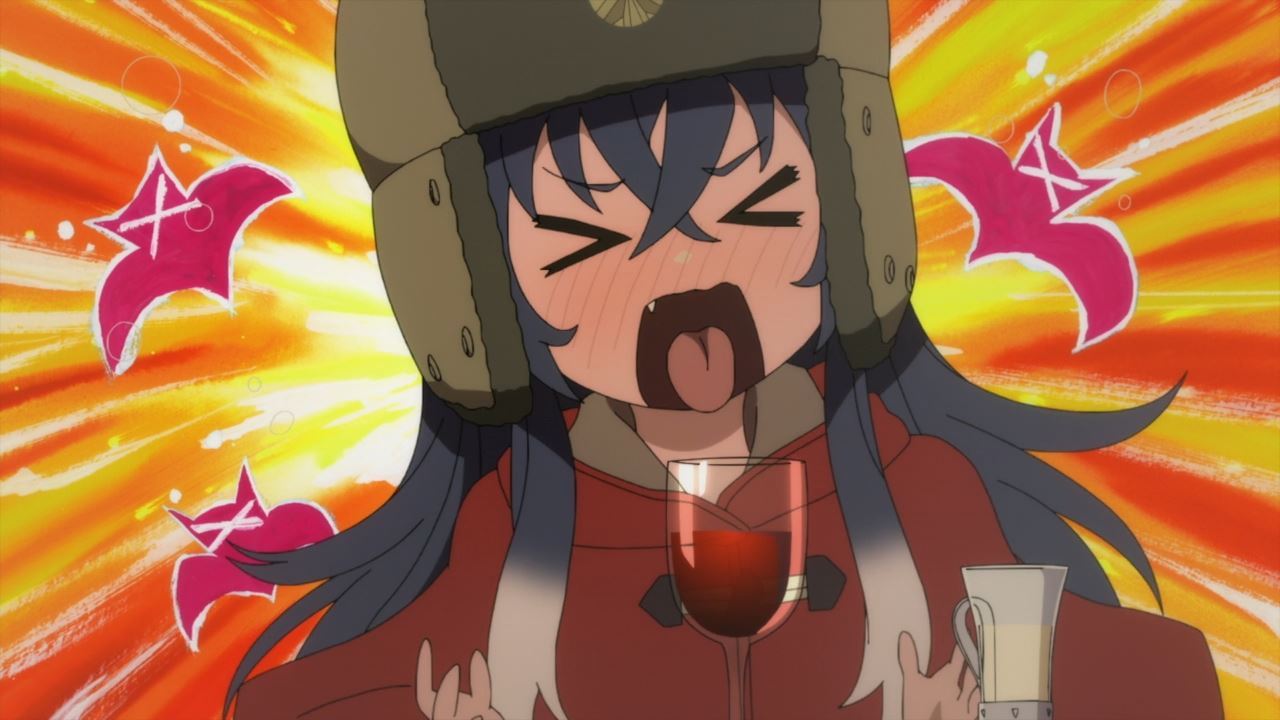 And so, Irina sipped a glass of nastoyka in which she can’t handle the burning sensation. I guess this vampire can’t stand liquor because of the nasty aftertaste. 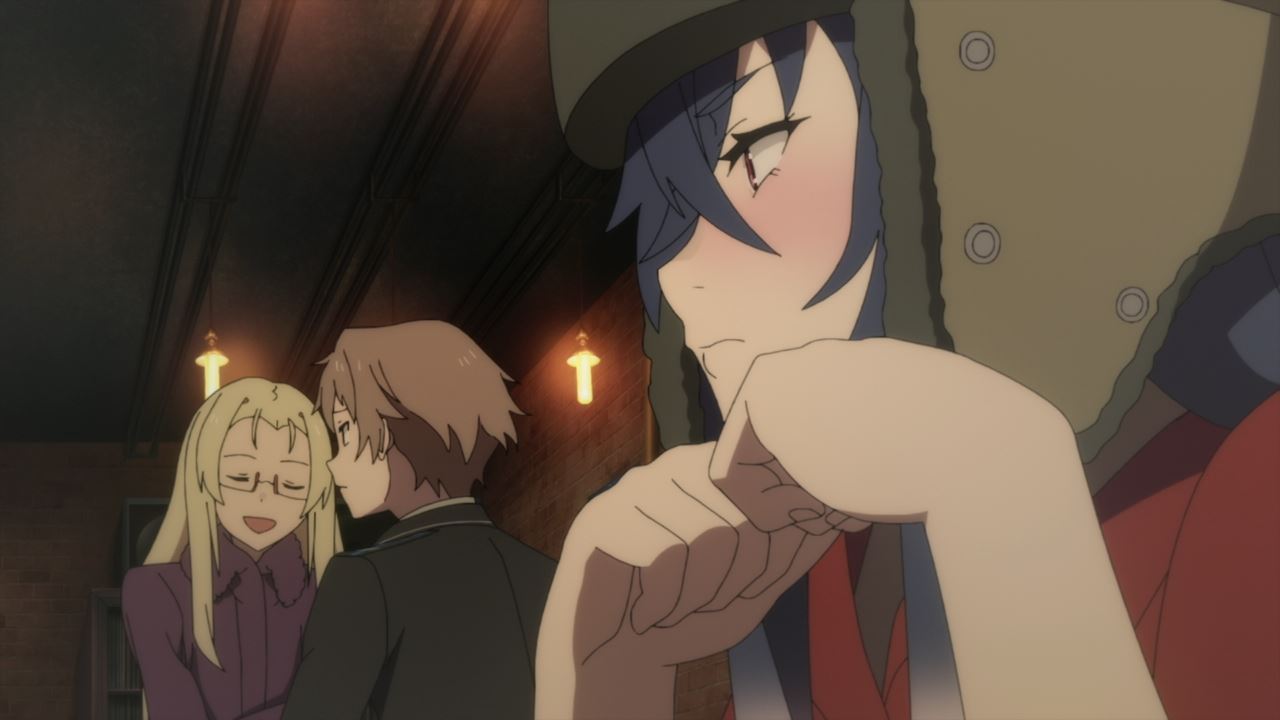 Oh, and Irina got drunk real quickly. Honestly, I think she should stay away from drinking alcohol for the time being ’cause Irina doesn’t know what she’s doing after sipping one booze.

Also, Natalia is here where she told Lev Leps not to spout nonsense or the secret police might arrest him. C’mon, some agents are currently hiding inside the jazz bar right now.

And by the way, regarding Lev’s demotion as a reserve? Well, the story goes is that he got into an argument with a superior over the mistreatment of a graduate. While he’s morally correct that he defend the graduate over a son of an engineering chief, the Zirnitra Union took him down. At least Lev didn’t get purged. 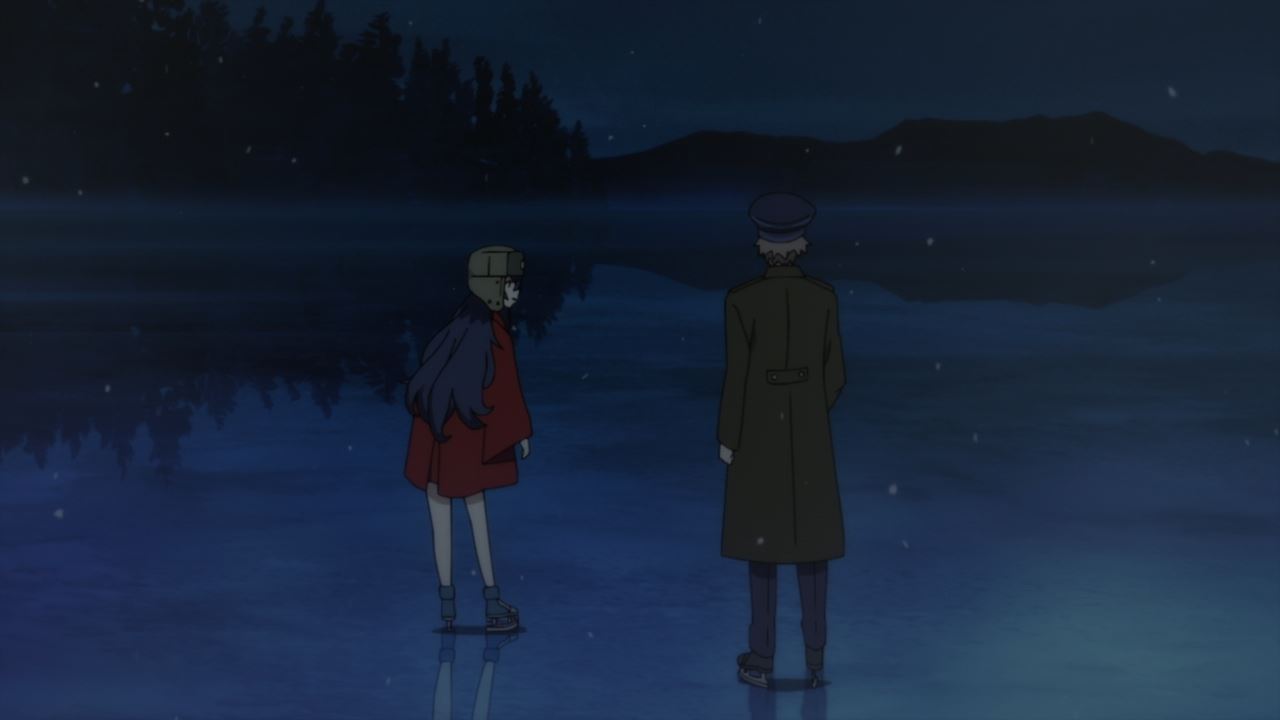 One last thing, it’s time for Lev to take Irina to Balka Lake where they’ll have an ice skating session in the middle of the night. I wonder if she can skate despite being intoxicated? 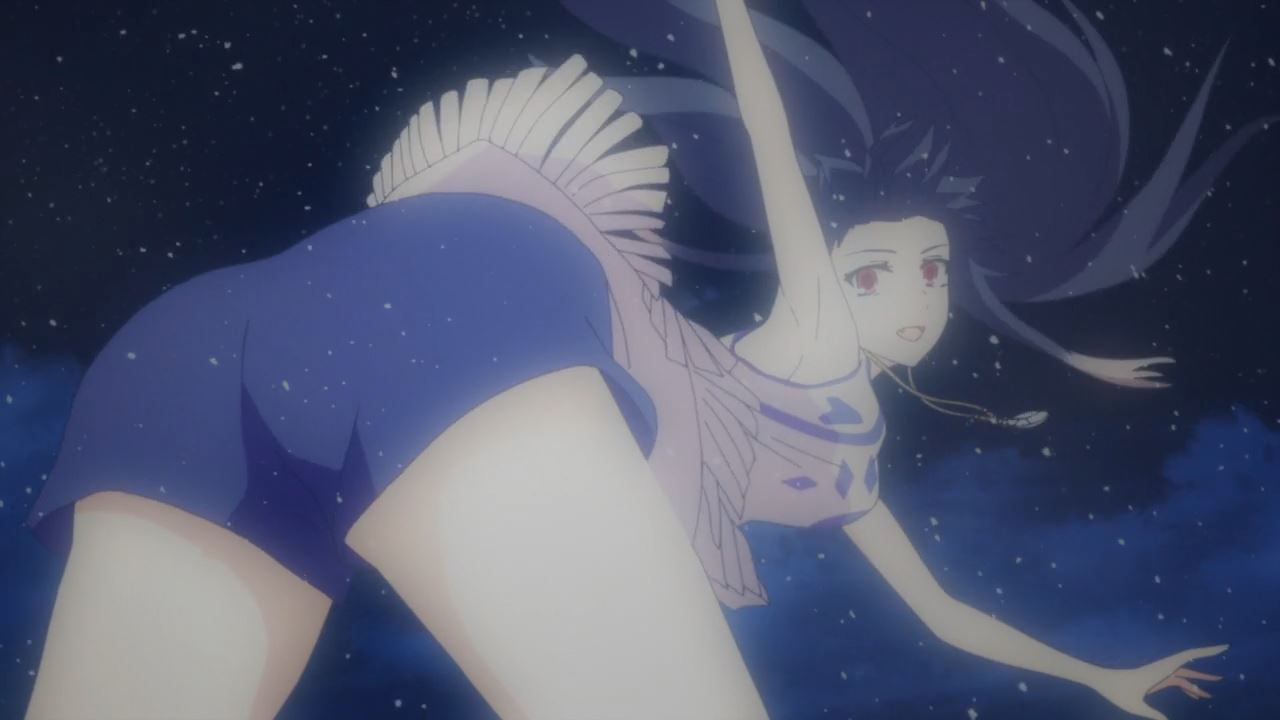 Turns out that Irina Luminesk can skate and man, she’s showing her nice ass to the viewers! 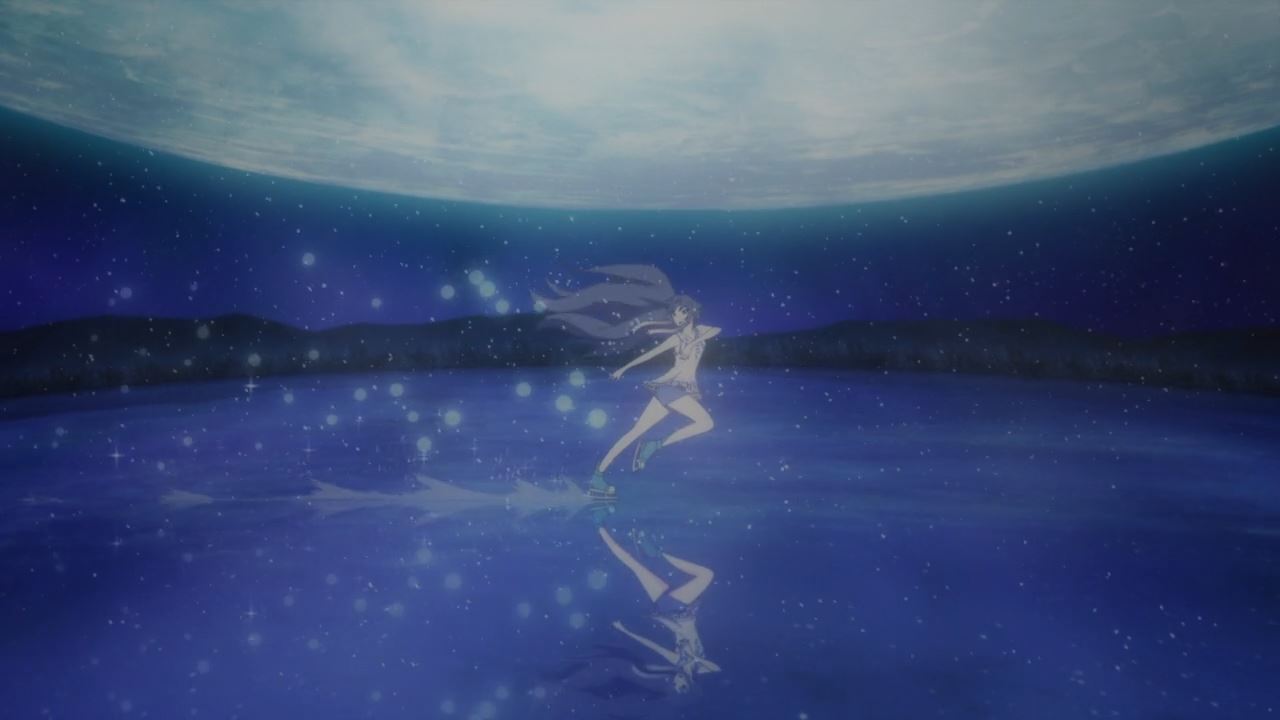 But anyways, looks like Irina had a great time with Lev, from taking her to a jazz bar to do some ice skating at Balka Lake.

Sadly, the vampire can’t remember the rest as she’ll have a nasty hangover afterwards. 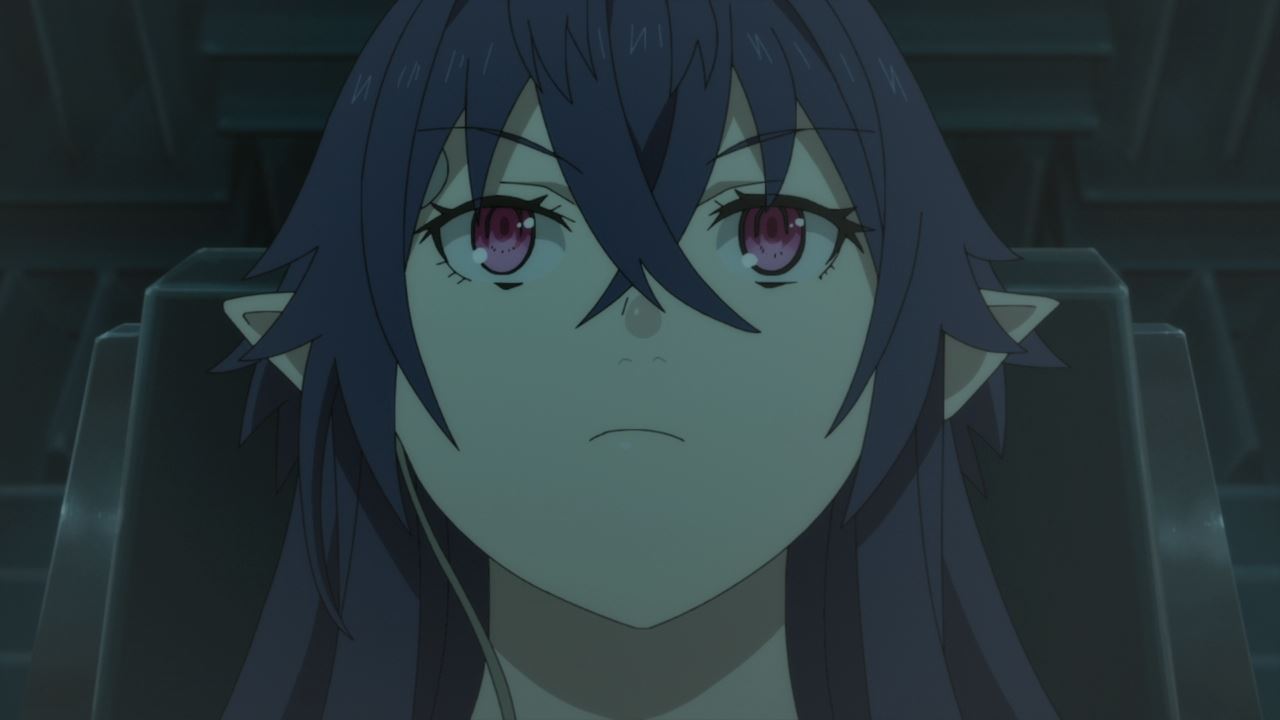 Surprisingly, Irina didn’t get a hangover as she’s ready to take the next training where she went inside the anechoic altitude chamber. Oh, and she can’t hear any sound ’cause in space, nobody will hear her screaming for help.

Anyways, tune in next time where I’m hoping that Irina Luminesk will survive inside the anechoic altitude chamber.