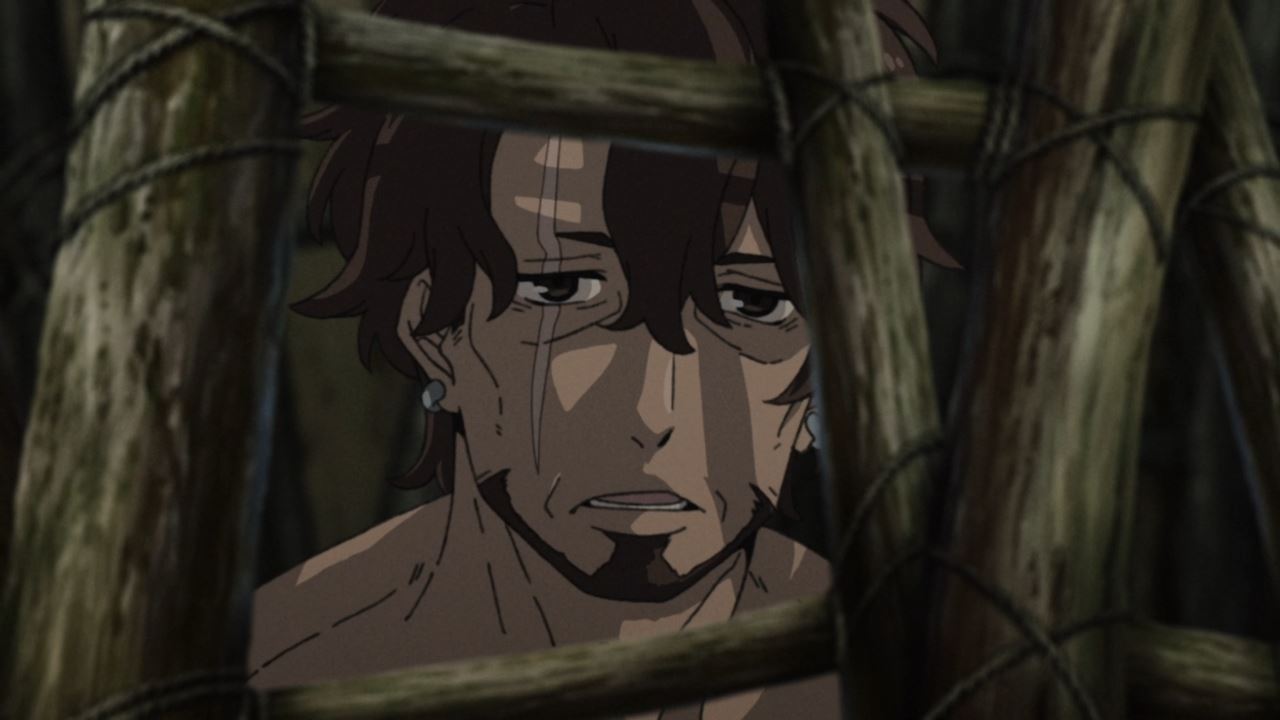 Here’s Gallus Cleaner where he’s become a prisoner in Doldia Village after attempting to kidnap most of the beast children and sell them as slaves.

Now the tables have turned thanks to Rudeus Greyrat and his allies as they beat the North Saint and his band of bandits! 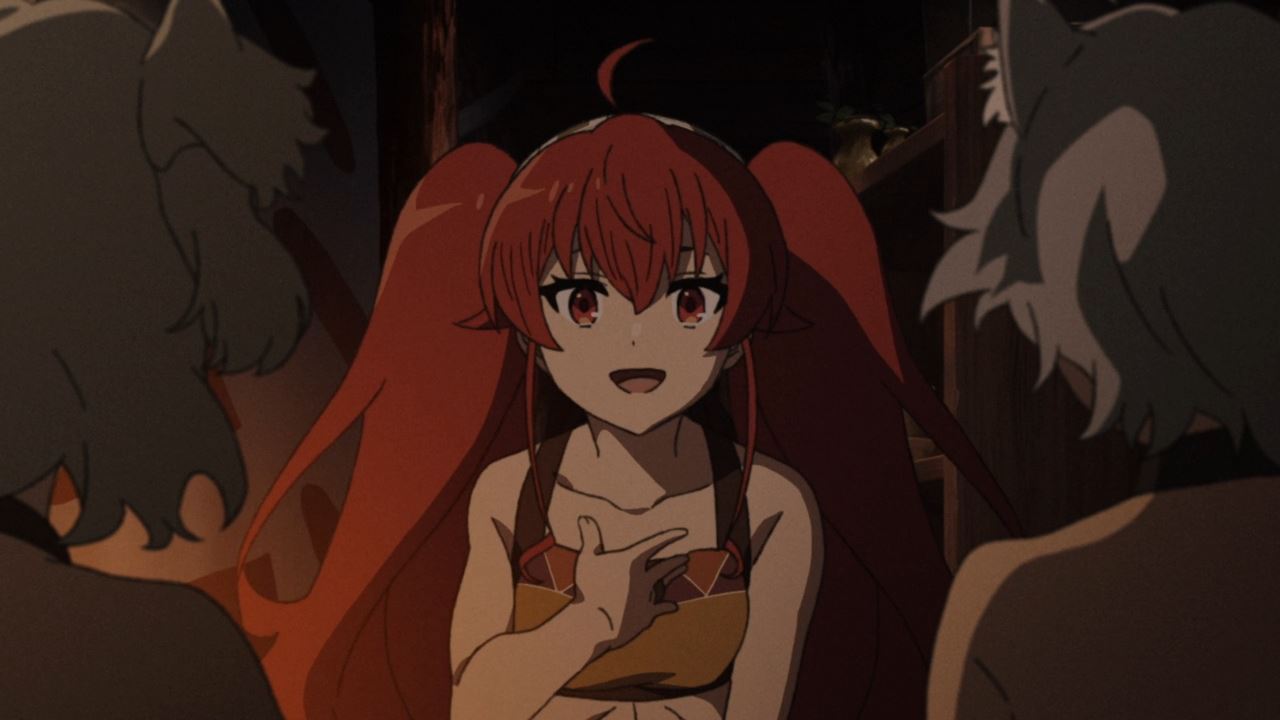 With that said, Rudy and his friends will have to stay at the village for now as it’s been hit by heavy rain.

Oh yeah, here’s Eris Boreas Greyrat where she told Tersena and Minitona about her sword mentor Ghislaine Dedoldia. C’mon, Eris managed to hold herself in battle thanks to Ghislaine. 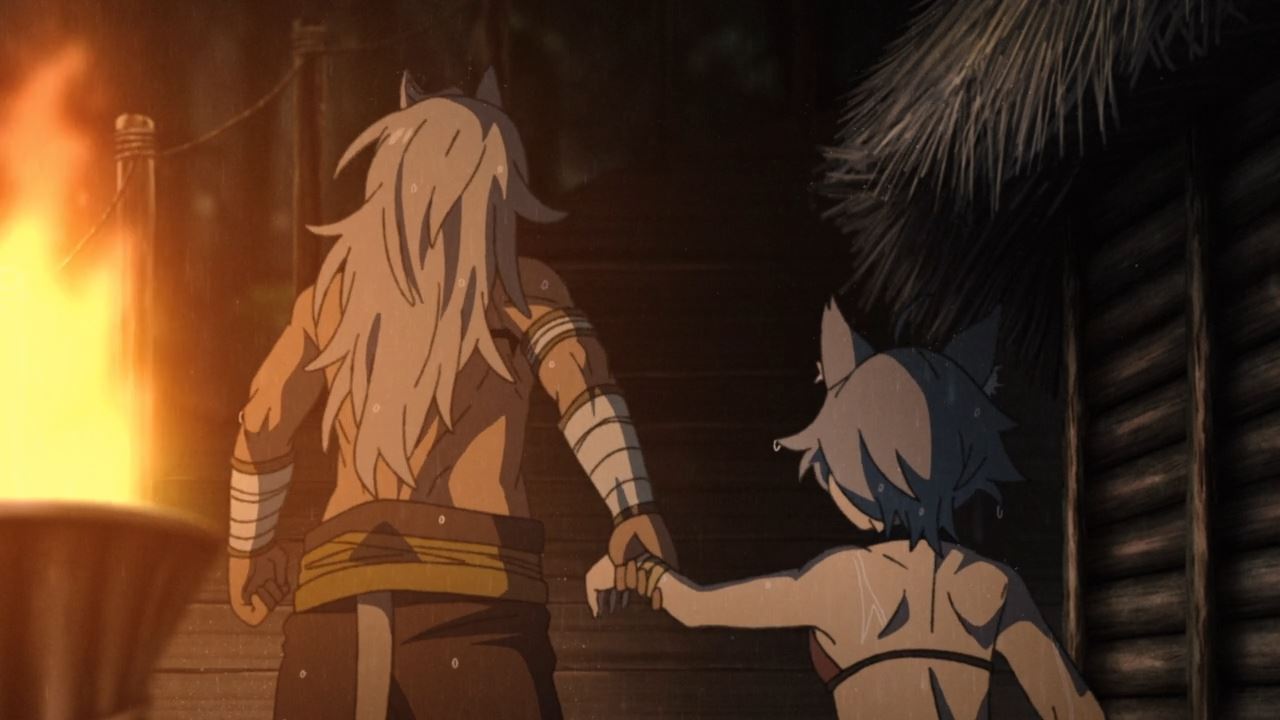 But when Gyes heard that name, he was so disgusted that he took Tona home. I have a feeling that Gyes resented Ghislaine for leaving the village. 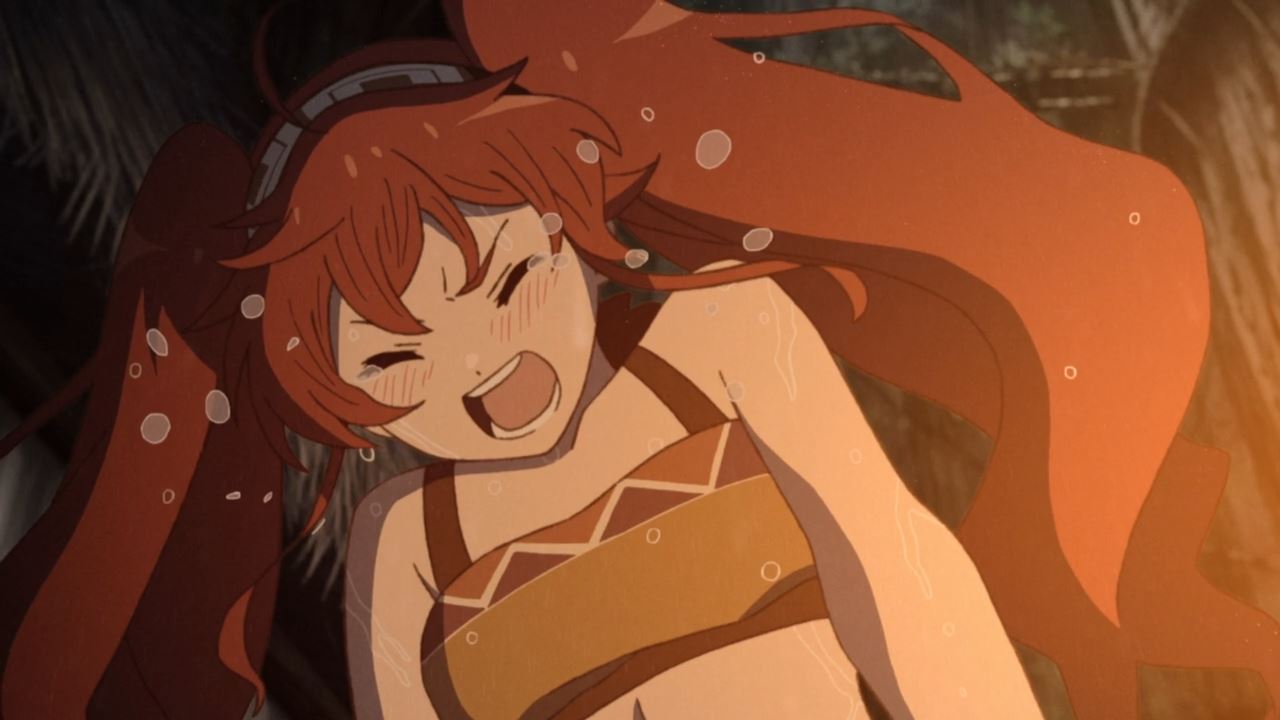 Of course, Eris told Gyes that Ghislaine is still an amazing teacher in her eyes regardless of her mentor’s past. 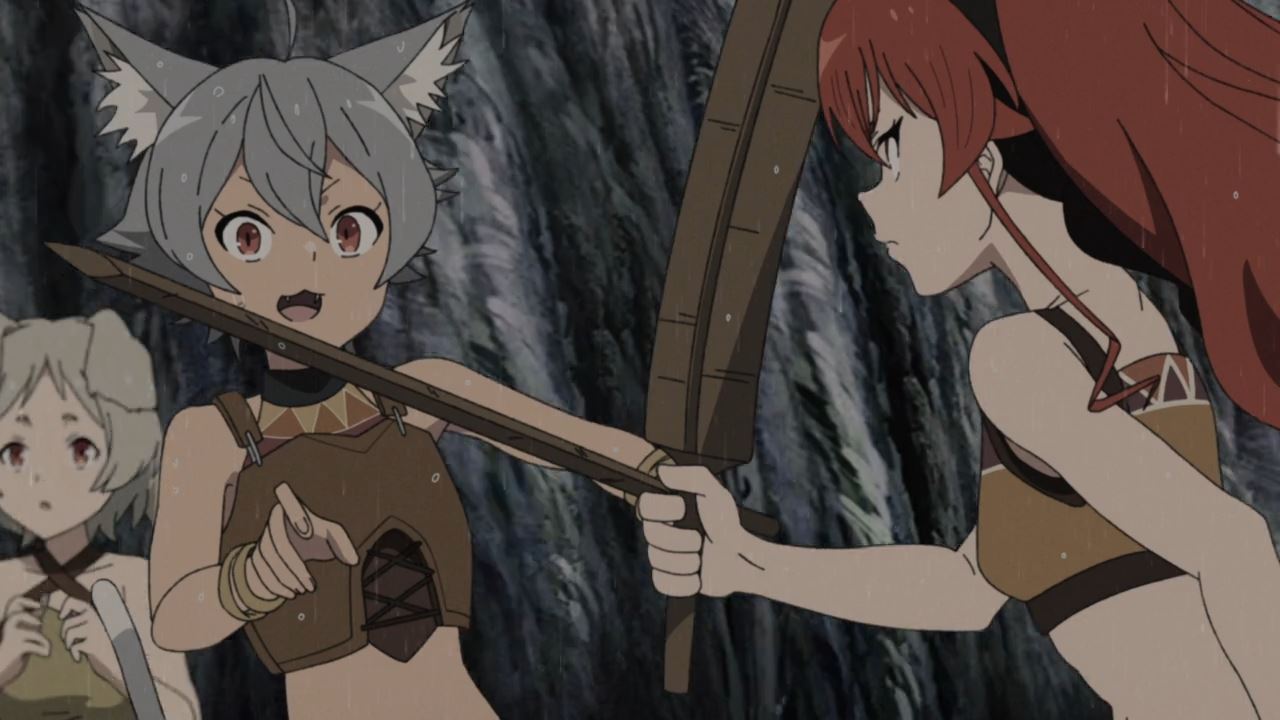 Now then, here’s Eris Boreas Greyrat where she teaches swordsmanship to Minitona. And as you can see, both girls are enjoying the sparring session. 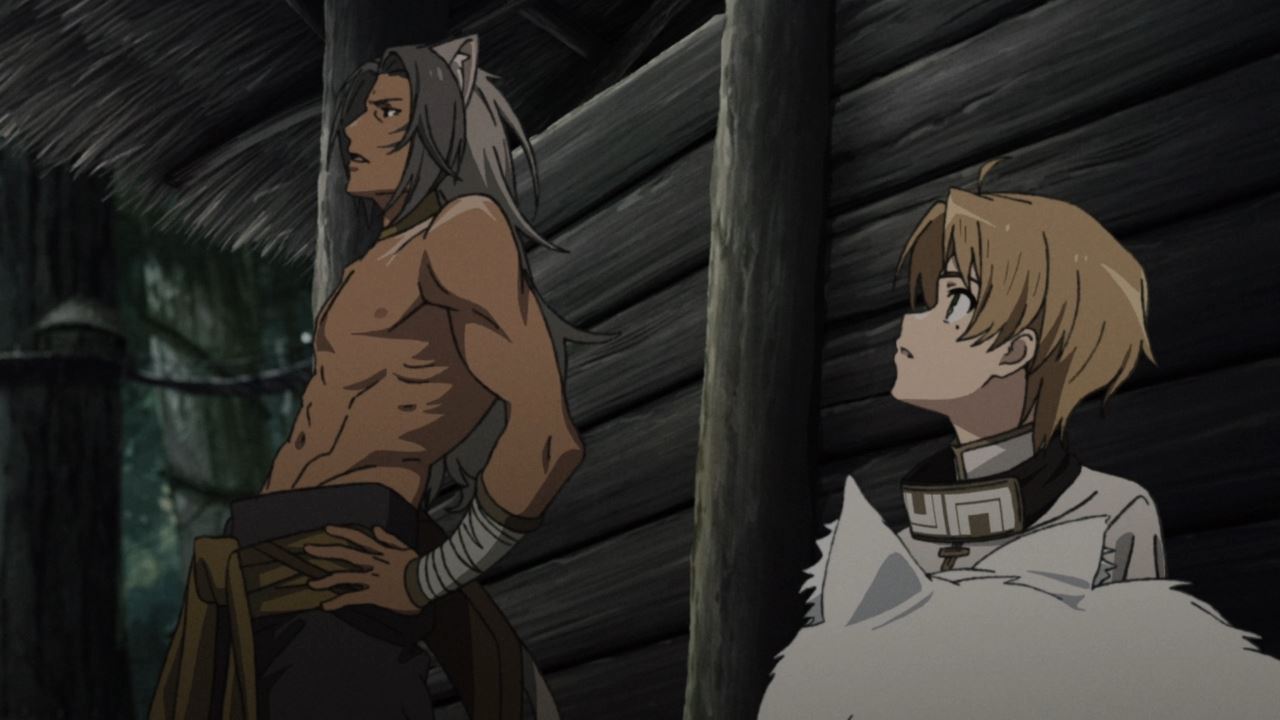 Heck, even Gyes is surprised that his daughter would learn how to wield a sword from Eris when Tona doesn’t want to learn swordsmanship from her father.

Seems that Ghislaine’s influence radiates from Eris’ teachings, but the thing is that Minitona didn’t take any formal swordsmanship training until meeting a certain person. 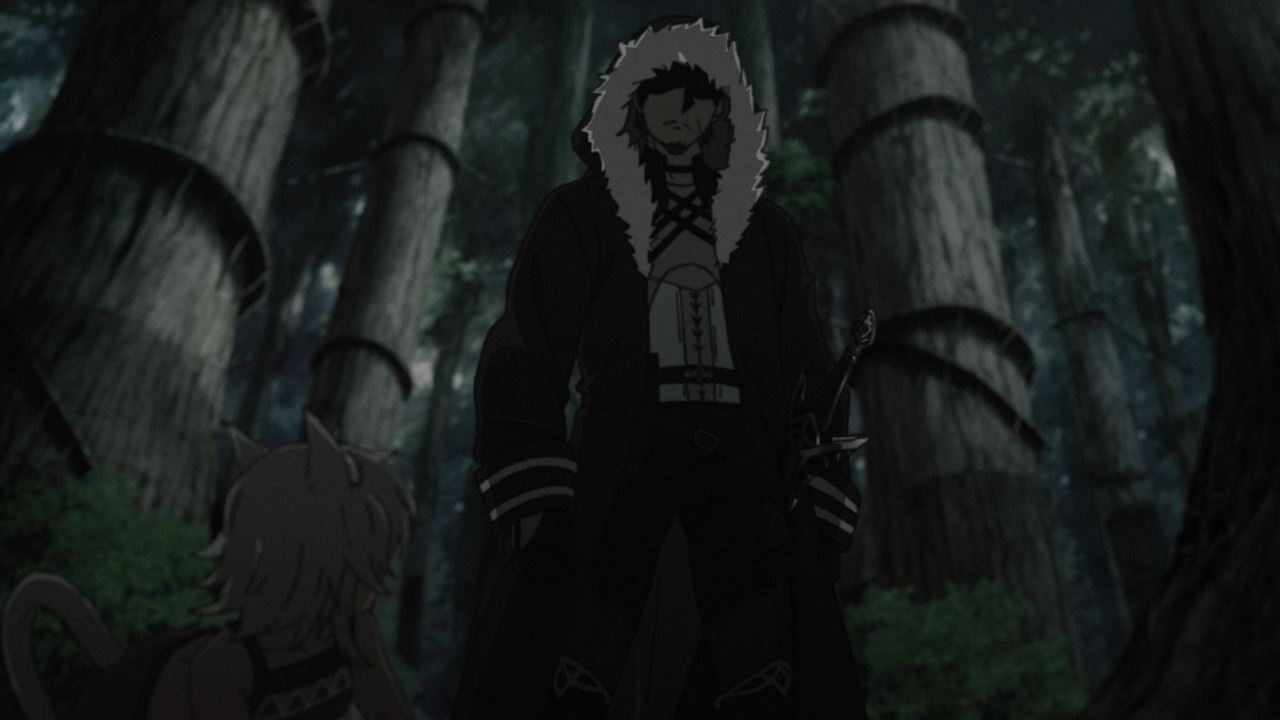 Anyways, this guy in the hood is the one who teach Tona some basic swordsmanship skills in order to cool her head down as she was rowdy back then.

You know something, I think Rudeus Greyrat will encounter this wandering swordsman at one point ’cause he might be someone who’s very familiar. 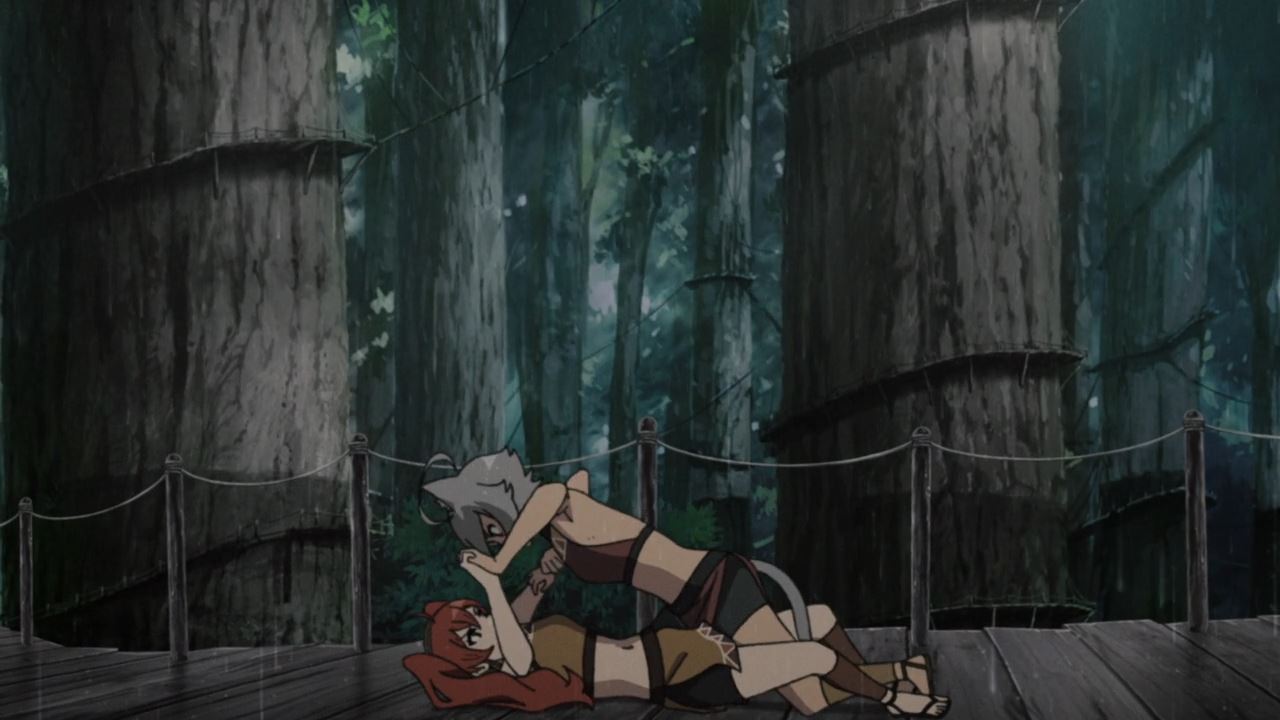 Now then, looks like both Eris and Tona are fighting each other ’cause the former will have to leave Doldia Village once the storm has subsided, but the latter wanted Eris to stay forever and thus a scuffle ensued. 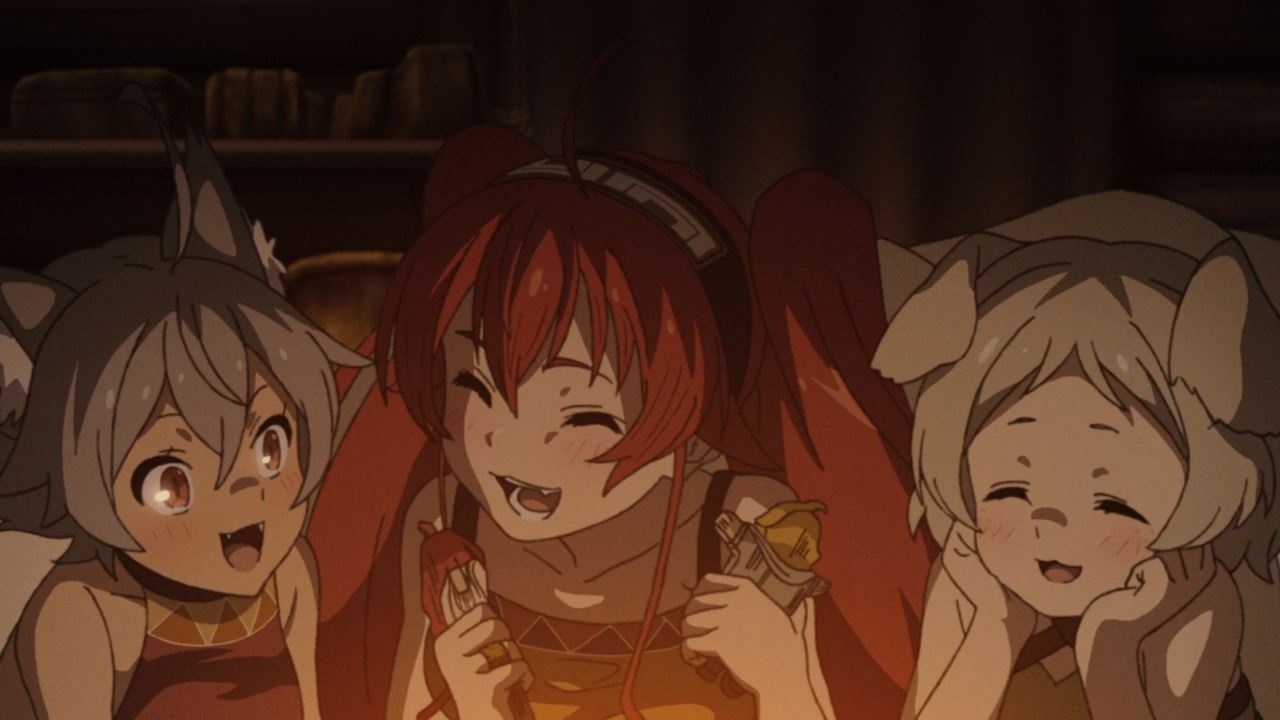 Eventually, they reconciled as Eris made a promise to Minitona that she’ll return to the village someday. Well, at least they didn’t resent each other in the end. 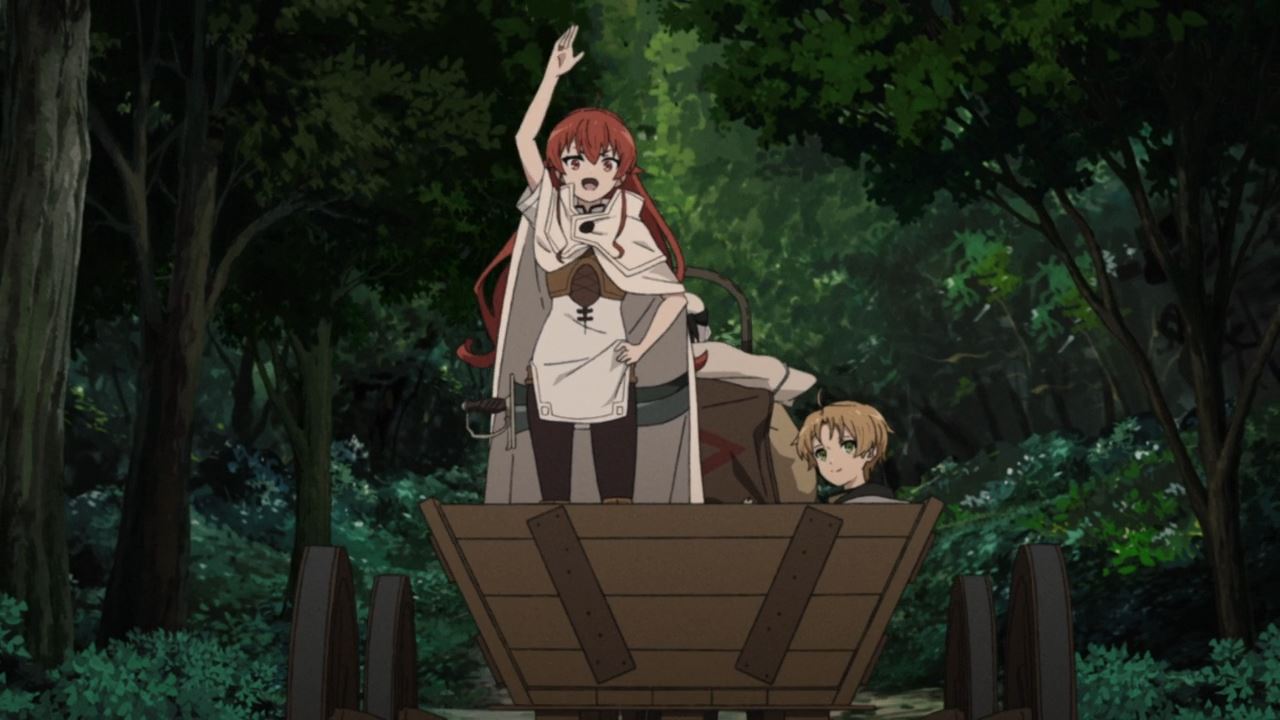 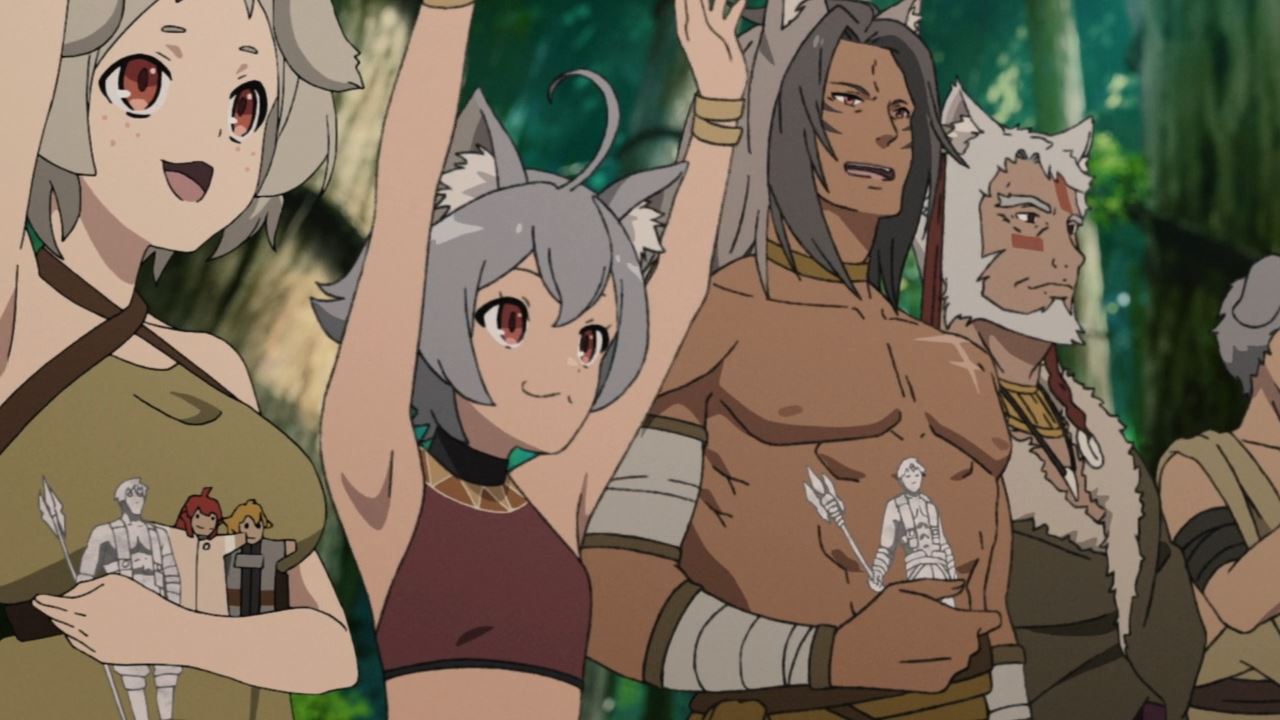 And so, Rudeus Greyrat and his allies left Doldia Village as they’ll try to return to their homeland by any means.

Oh yeah, looks like Rudy gave some hand-made dolls as a memento that he and his friends have saved the village from bandits. 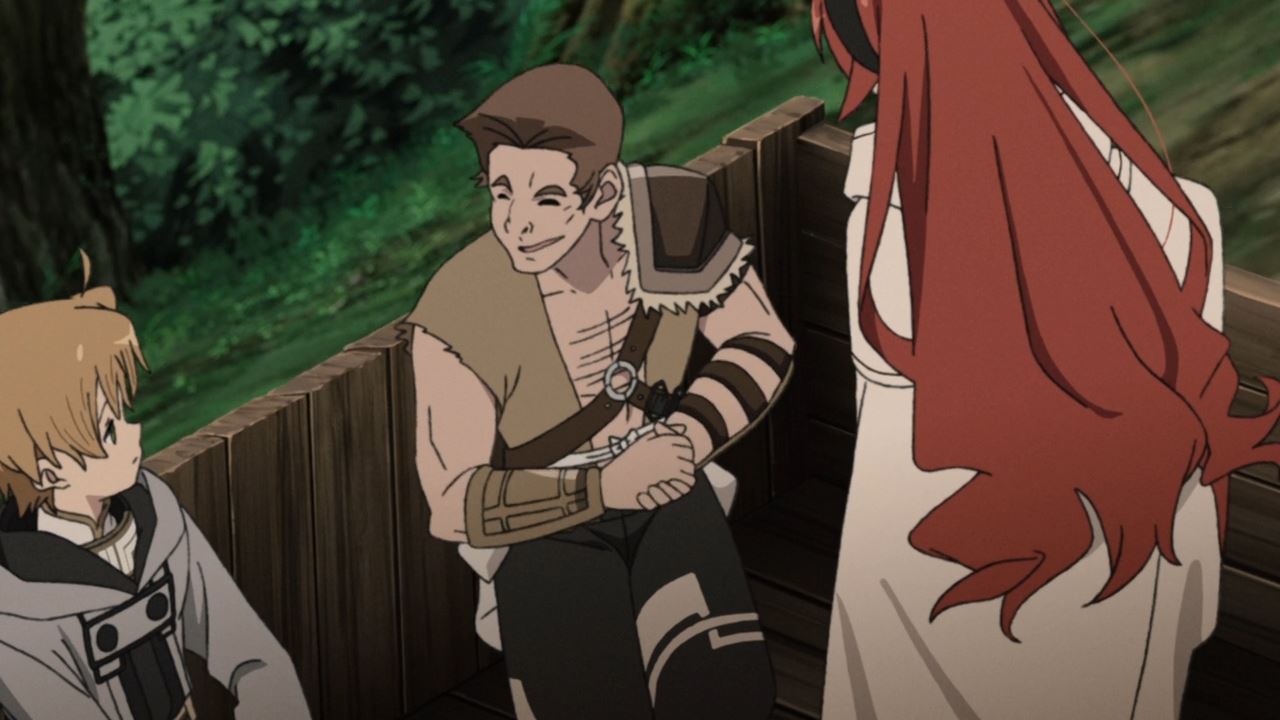 Then again, Rudy is skeptical about their existence as they might not see them up-close. I mean, ever since the mana catastrophe in Fittoa, no supreme beings have appeared to save the world from chaos.

With that said, I’ll see you next time where I’m hoping that both Rudy and Eris have safely returned to the Millis Continent.