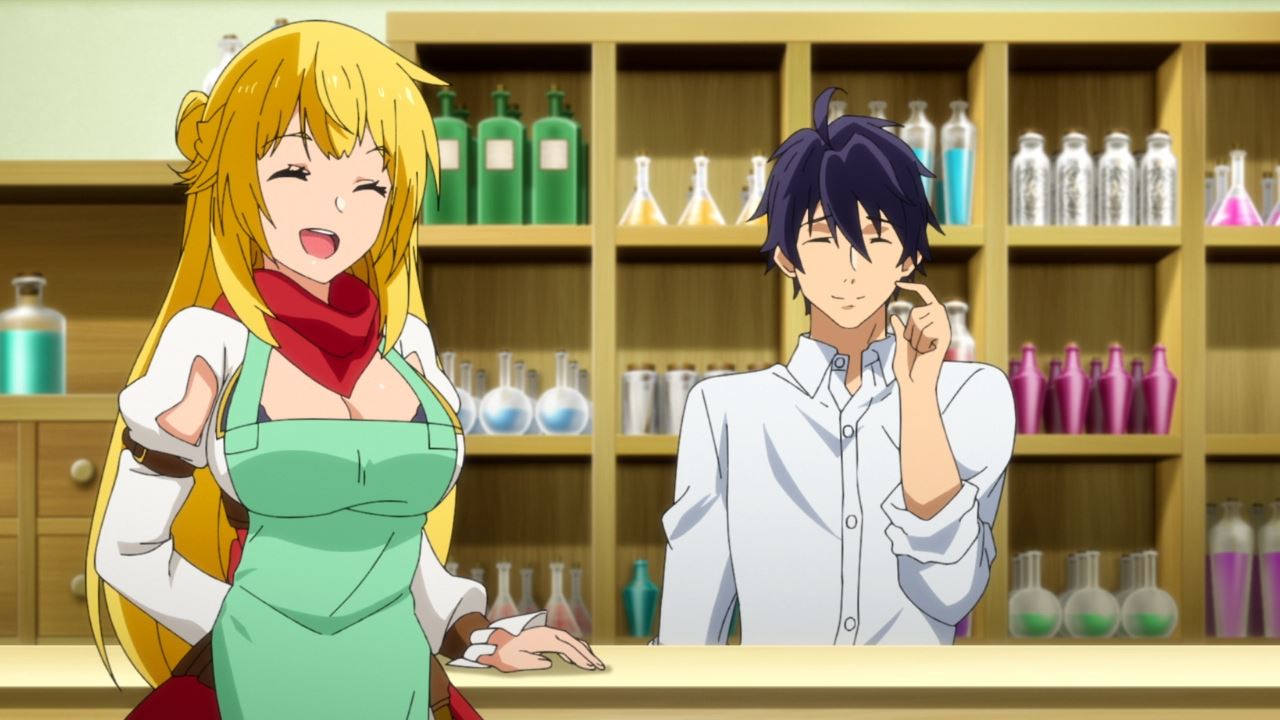 “I retired from being an adventurer and started living with Red!” 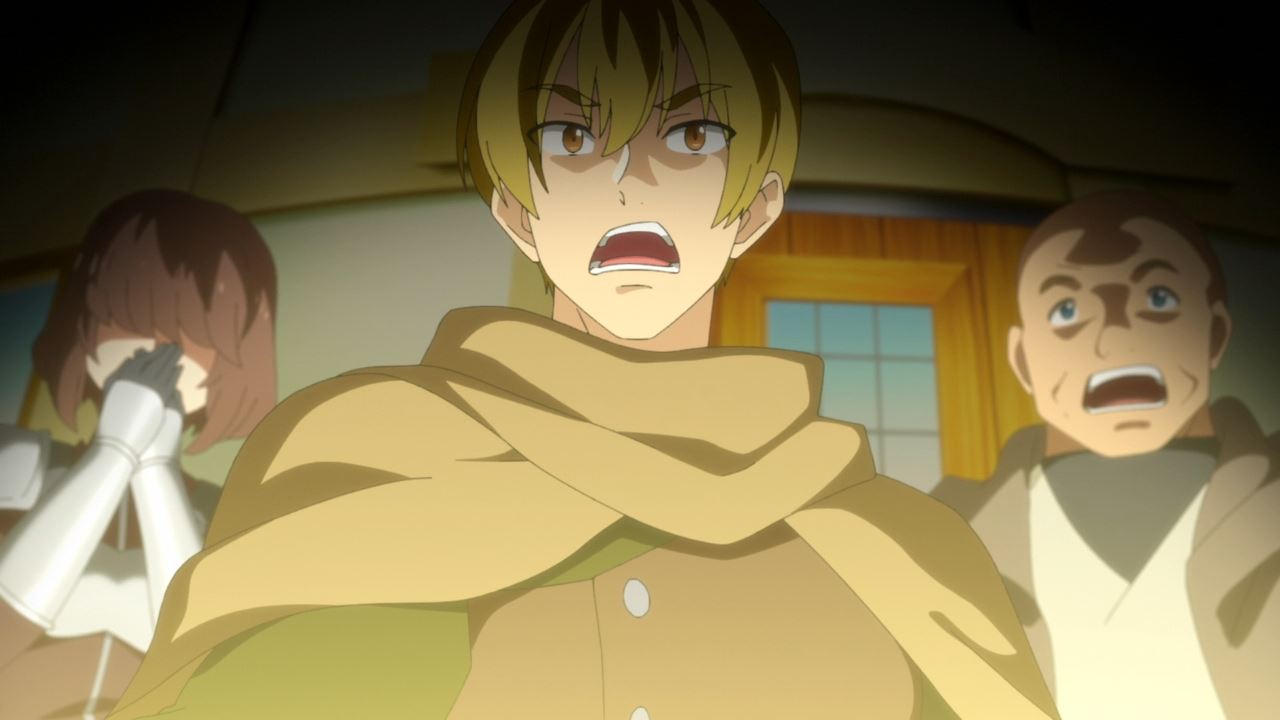 And when they heard Rit’s words, these adventurers are shocked that she’s now working at Red’s apothecary. 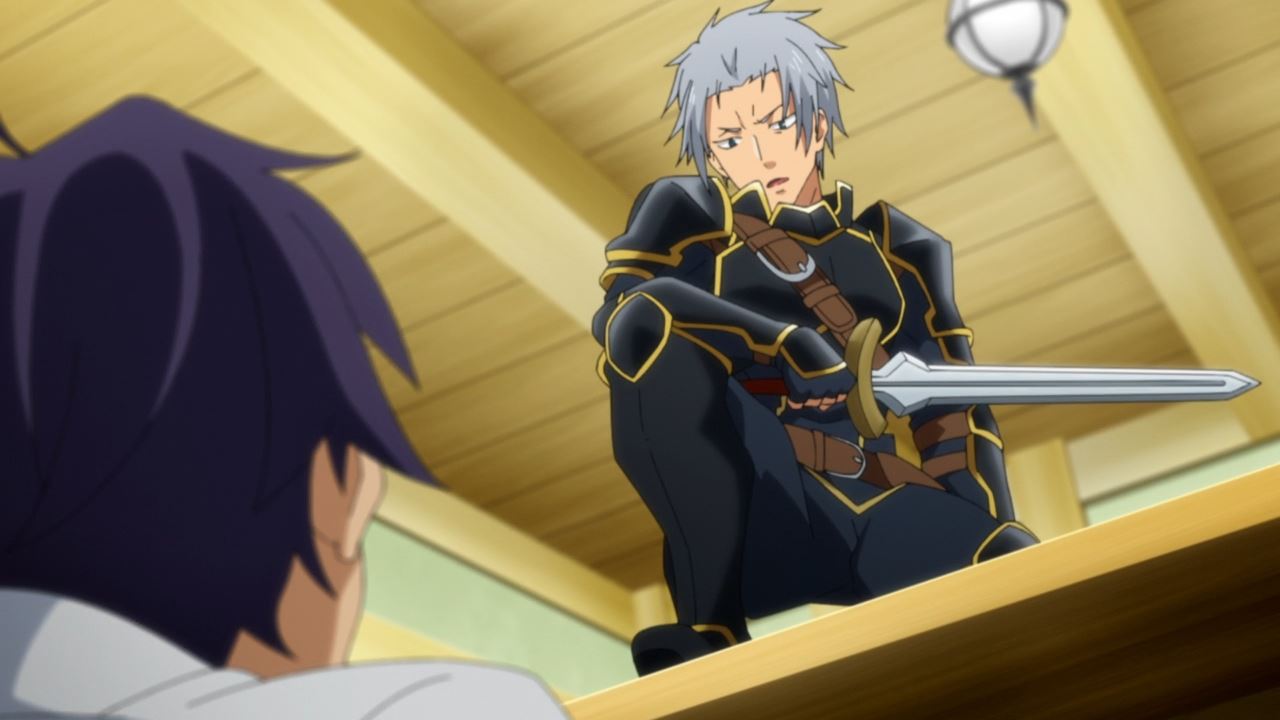 Meanwhile, here’s Alfred where this B-rank adventurer asked Red if he’s the one who killed the owlbear on the first episode, although Red denied killing the monster because he just gathered some herbs.

Then again, threatening Red is a really bad idea from Alfred ’cause even though the former guide to Ruti is just holding back, Red has a partner who can kick Alfred’s ass. 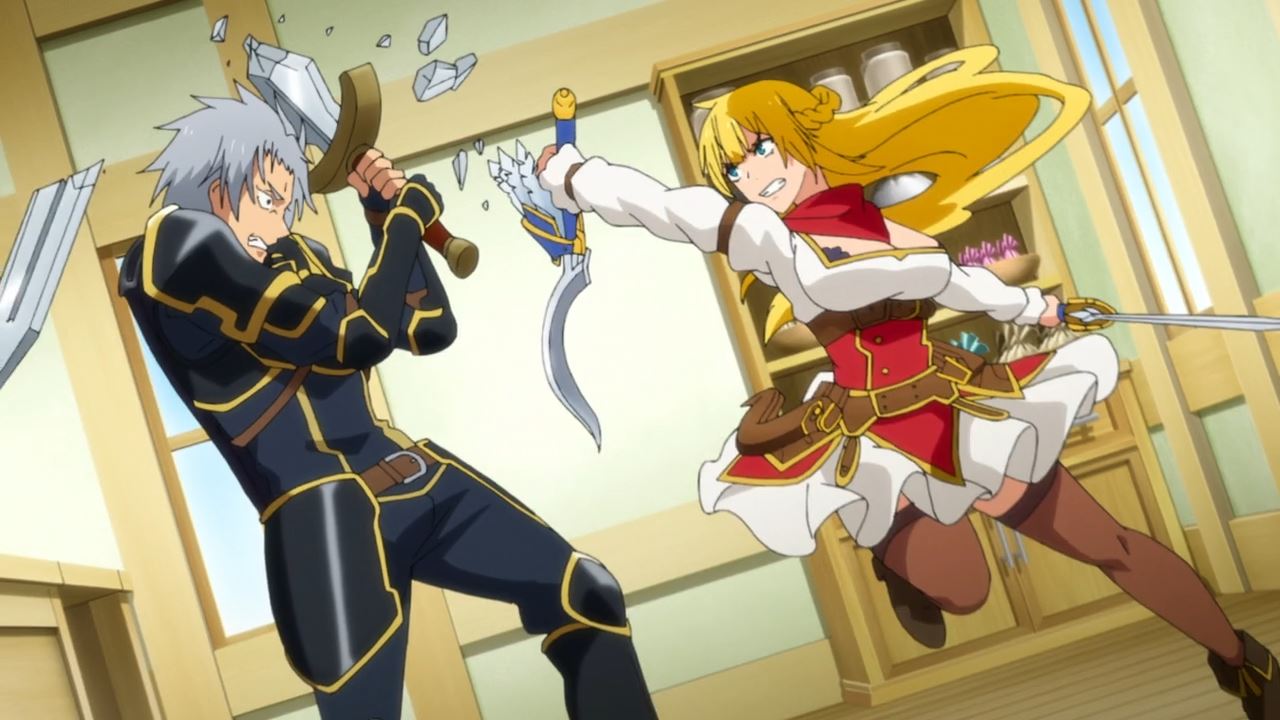 That’s right, it’s Rit where she shatter Alfred’s sword into pieces. Looks like Zoltan’s only B-rank adventurer couldn’t stand a chance against the former princess/champion of Loggervia. 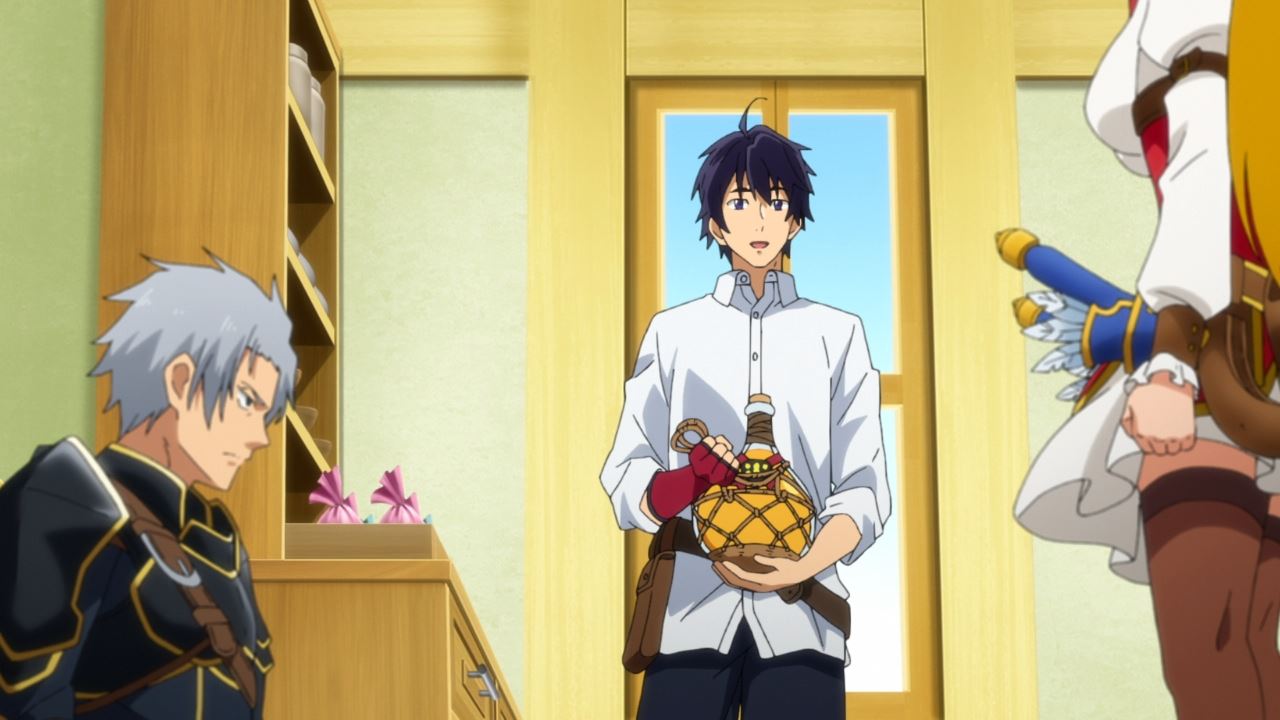 Of course, Red told Rit to spare Alfred ’cause he’s the only one who can defend Zoltan from monsters. Anyways, looks like Alfred is scared shit that he won’t bother questioning Red ever again. 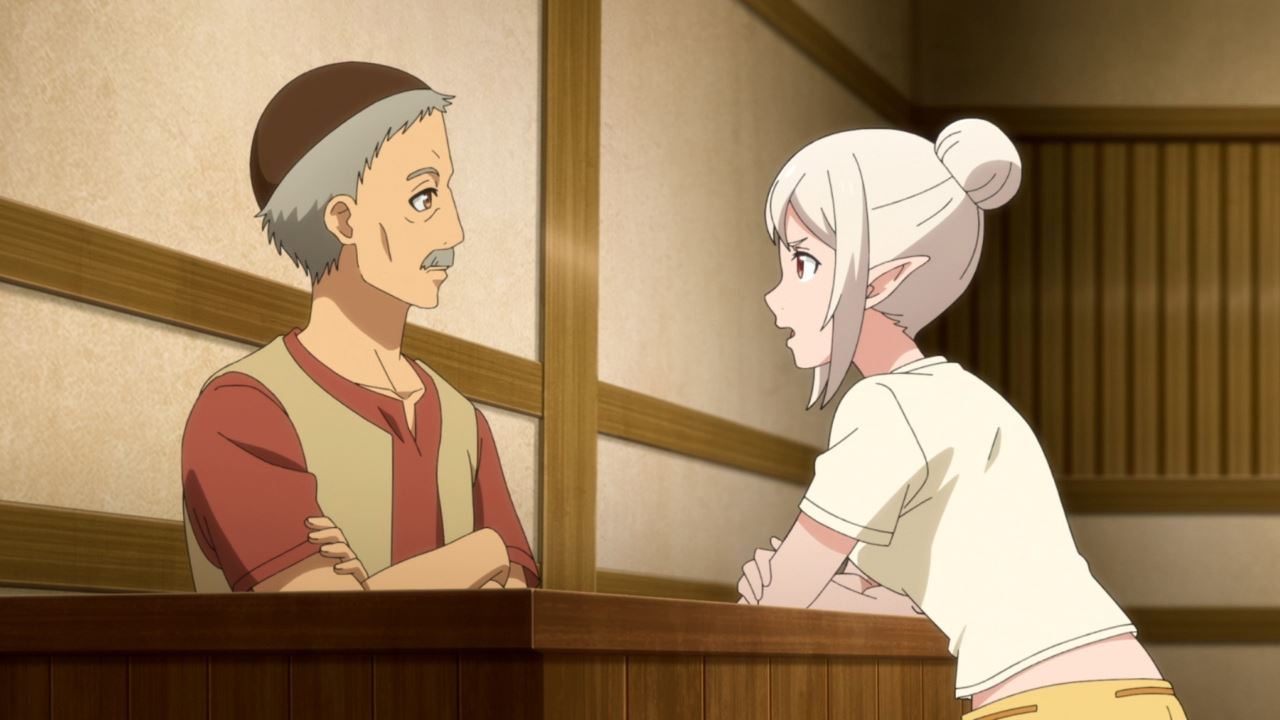 Now then, here’s Nao where she’s complaining towards the sauna owner about the lack of customers. Turns out that the nobles built a fancy spa in the boonies which it has all the amenities, from a bathhouse to having a team of masseuses.

Basically, this local sauna is doomed to be closed as the owner is about to throw the towel… until Red comes up with a simple idea. 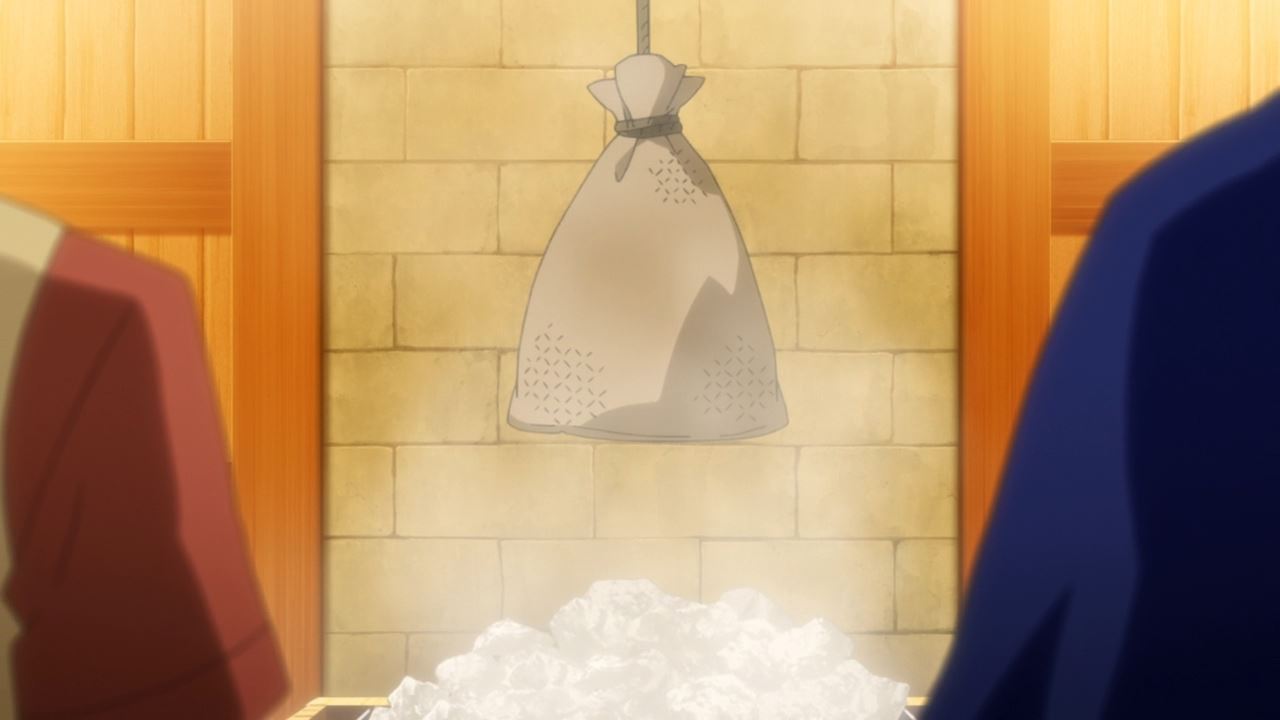 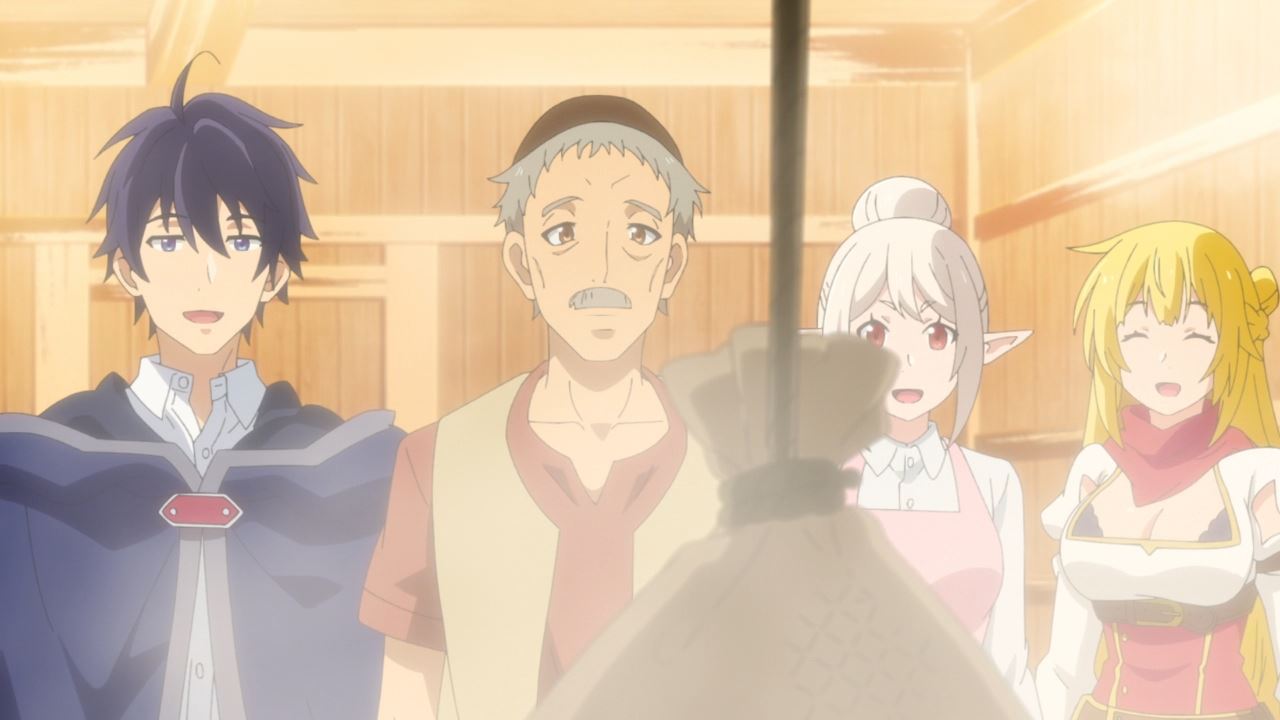 Anyways, he brought a potpourri sack full of herbs and spices as Red learned that wild elves used them to heal their bodies via a steam bath.

I’m hoping that Red’s idea will work in the long run as this would attract more customers towards the sauna. C’mon, it’s a good and cheap alternative to an expensive massage treatment.

Speaking of Red, it appears that he’s very shy towards nude women since he’s also naked too. I mean, he feared that his towel might fall off.

But still, it’s a nice episode where Red and Rit help a local sauna from being closed down, although Nao wants these two to get married since they’re living together. 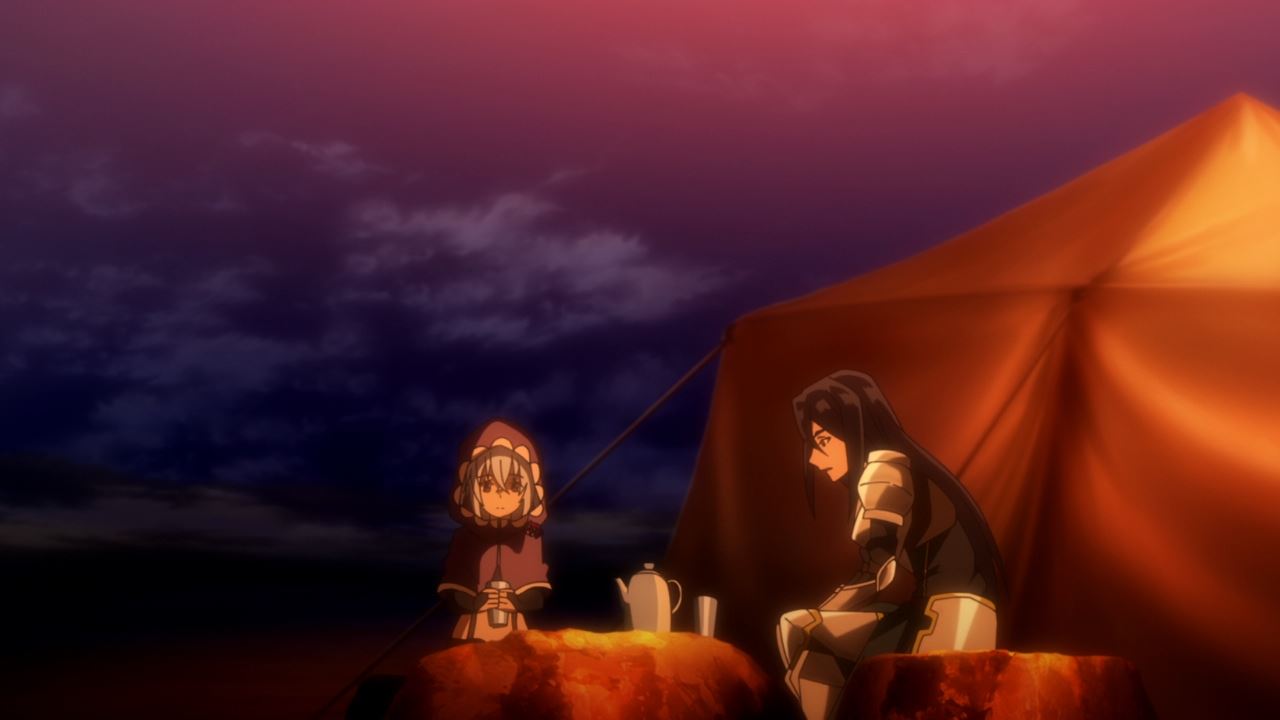 But on the other side, things are looking grim without their guide around as Ruti’s party is falling apart.

While Theodora wanted Gideon’s return since he’s the one guiding them on defeating the demon lord, I think this crusader will have to kick Ares out of the party for being an asshole! However, if Theodora and Tisse leaves the party, only Ares and Ruti are the only people who can defeat the demon lord and it’s gonna be hard.

Anyways, I’ll see you next time where Red’s (or Gideon’s) slow life in Zoltan continues…