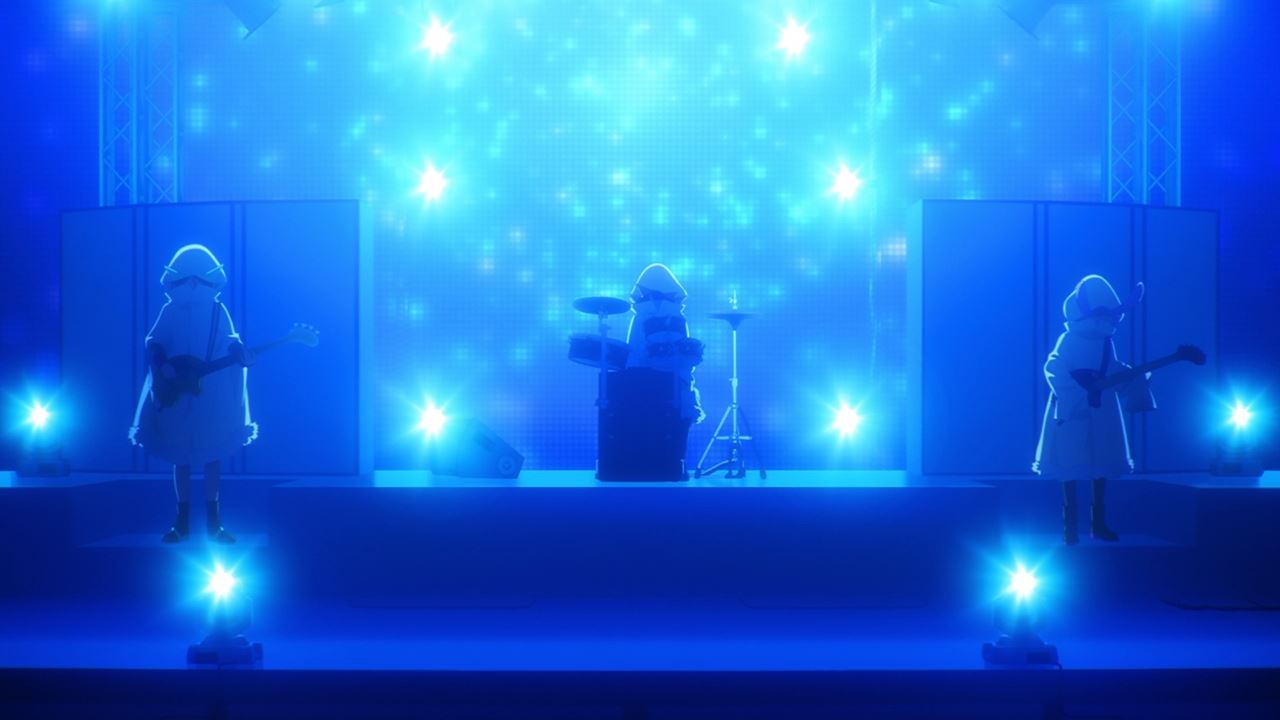 Well everyone, it’s time for the band team where they call themselves as GapsCaps. The reason why they name their group is because it has a 3-year gap among its members.

You have the youngest contestant/child star Uta Koizumi, the rich girl Shiori Yamaga in the middle, and Mako Toma being the oldest within the group. Really, their age gaps is big. 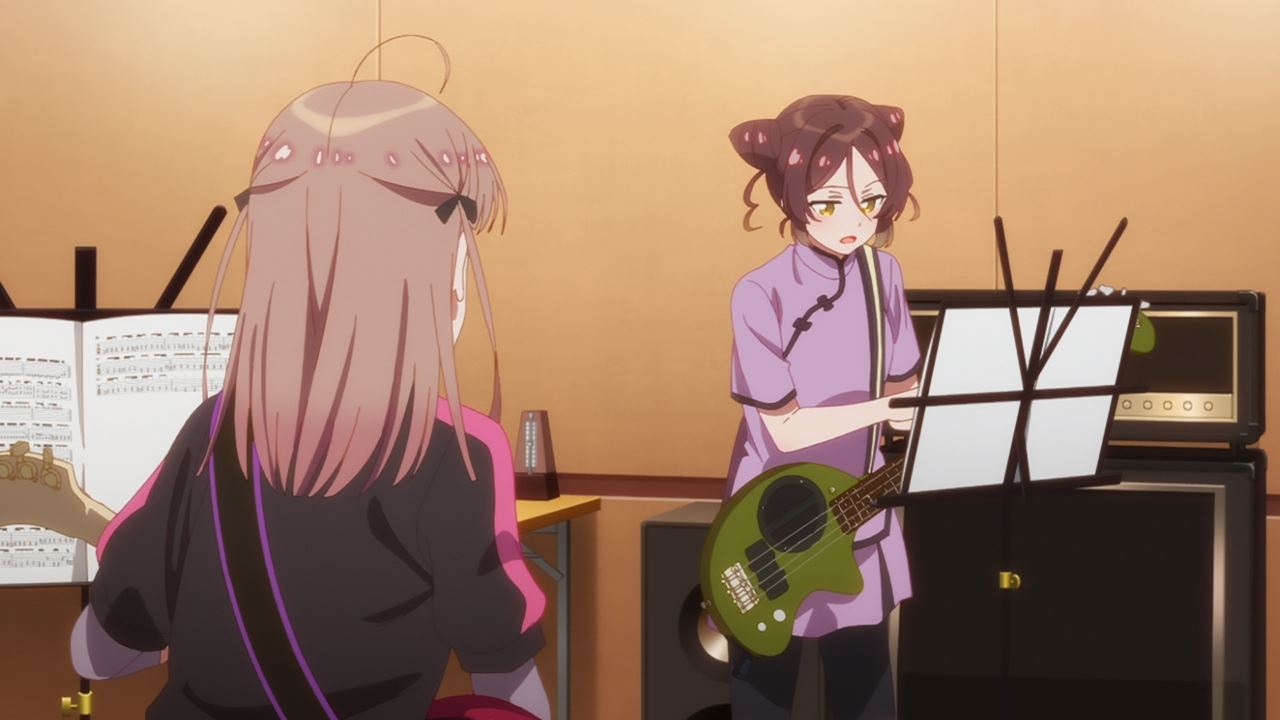 Unfortunately, the dynamic between Koizumi and Yamaga got completely destroyed as Shiori wants their performance to be as perfect as possible.

Considering that she came from the prestigious Yamaga household, Shiori strives to be the greatest girl that’s worthy of her family name. This includes learning various things like horseracing, tea ceremony, and music. 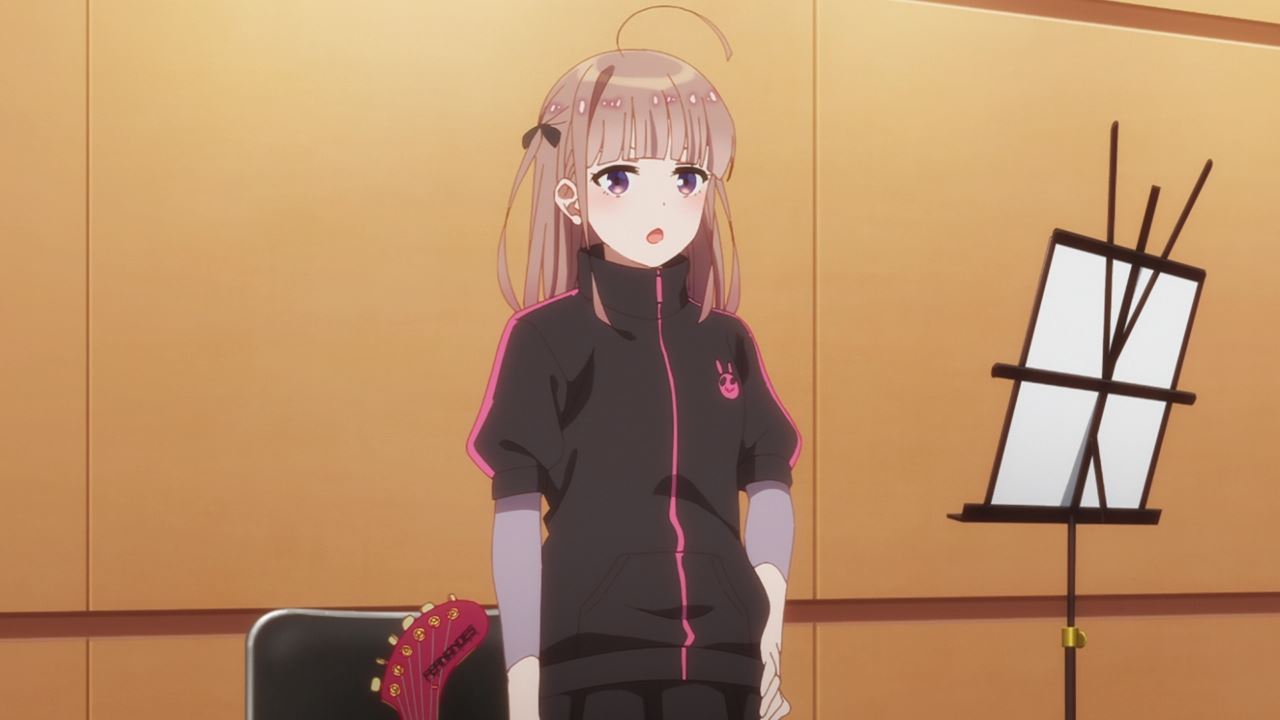 Oh yeah, here’s Uta Koizumi where she complained about having to redo everything from scratch in order to perform flawlessly. In fact, she can’t even stand Shiori’s perfectionist attitude at all.

Of course, Yamaga despised Koizumi for being an experienced child actress in which Shiori told Uta that her existing fame won’t get her anywhere. Man, this is a real pain in the ass to deal these two girls, yet Mako Toma can’t find a way to have a middle ground. 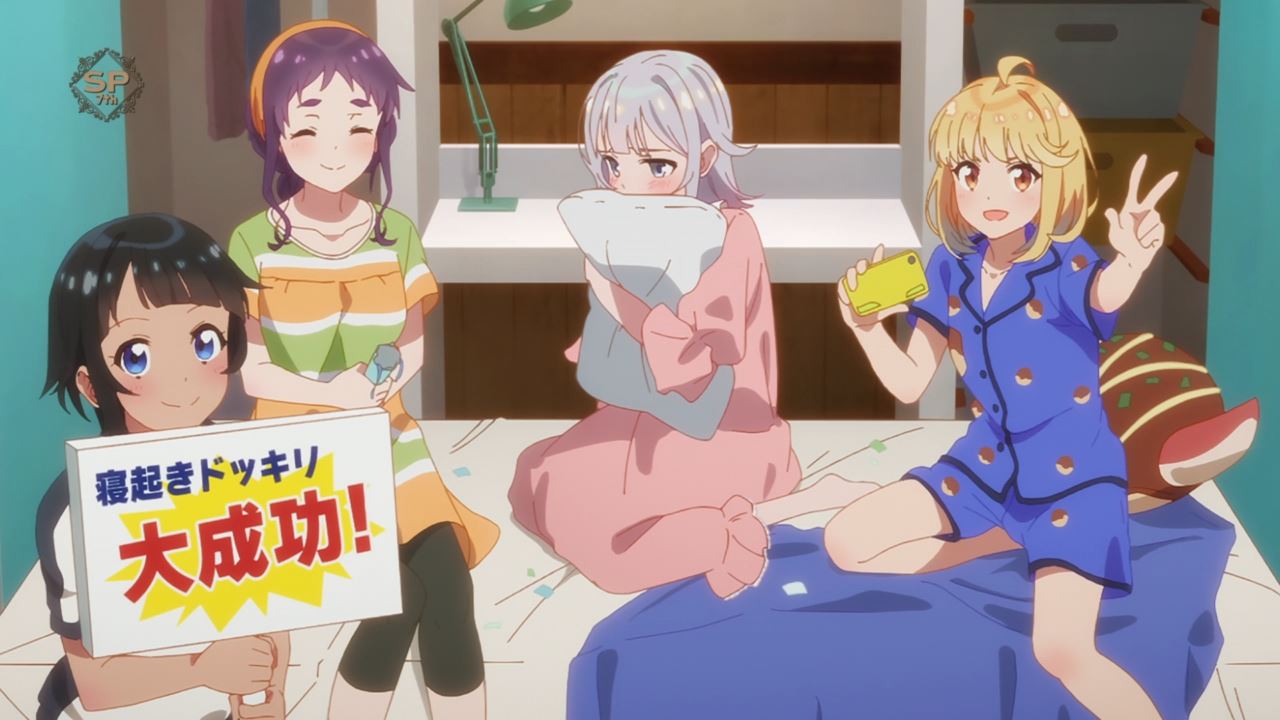 Meanwhile, looks like the dance quartet from the previous episode made a video today in which Hiromi, Ao-chan, and Nodoka pranked Nagisa.

Of course, they’re still catching up for Yell points since their performance is not enough to reach the threshold. 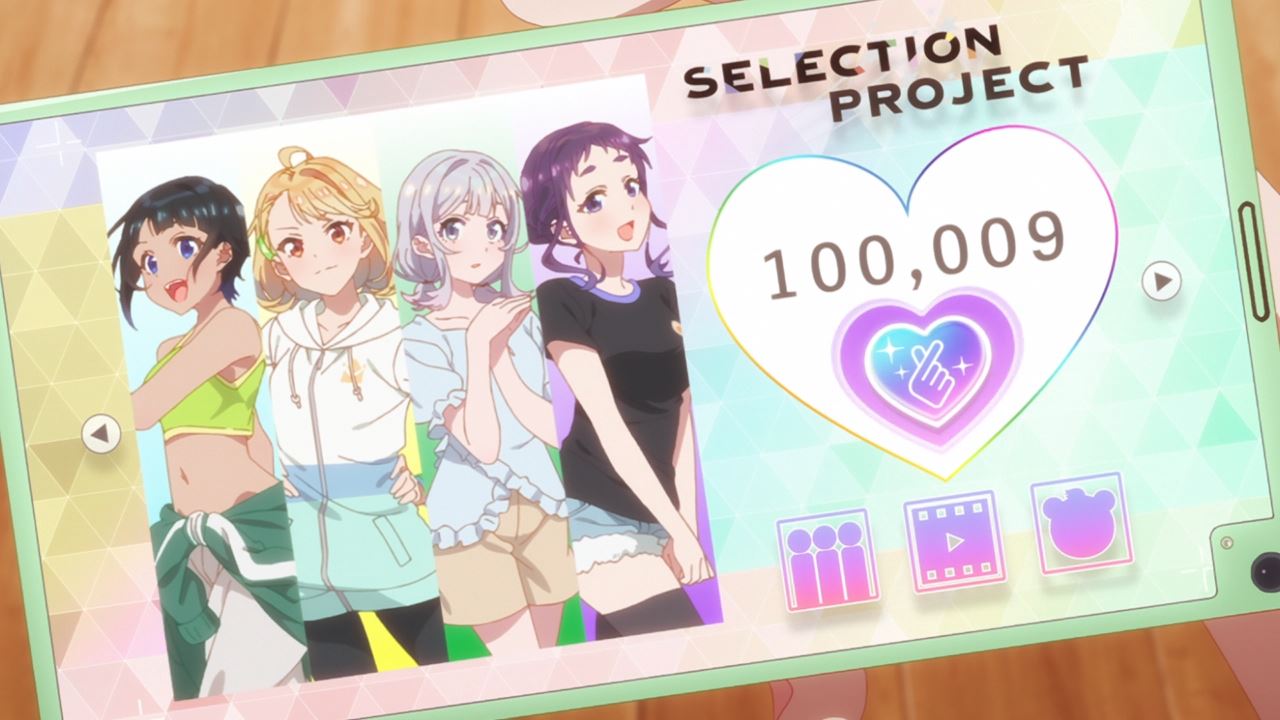 However, it appears that their prank video helped Splash Soda to reach the 2nd round. Looks like the pressure is on for GapsCaps! 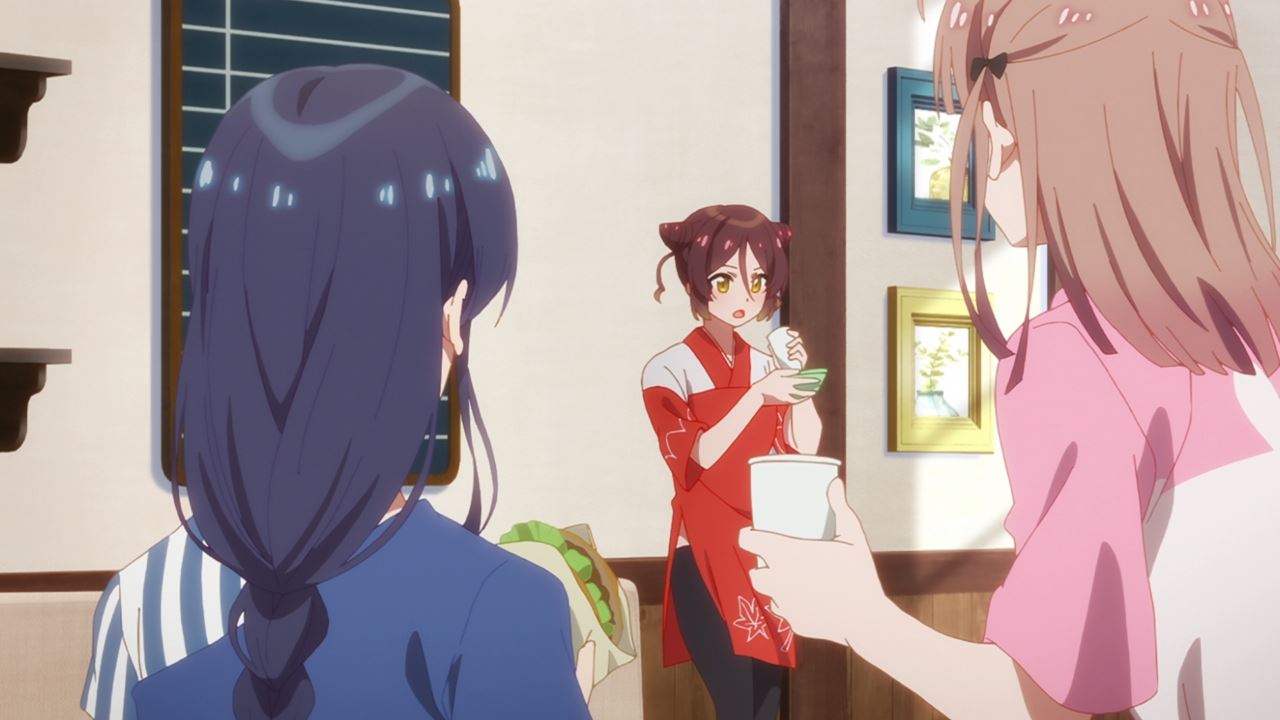 Oh, and the clock is ticking too as Shiori Yamaga told Uta Koizumi and Mako Toma that they must have a perfect performance on the final day of Round 1.

Then again, the hardest part will be team synergy as both Shiori and Uta are at odds with each other. 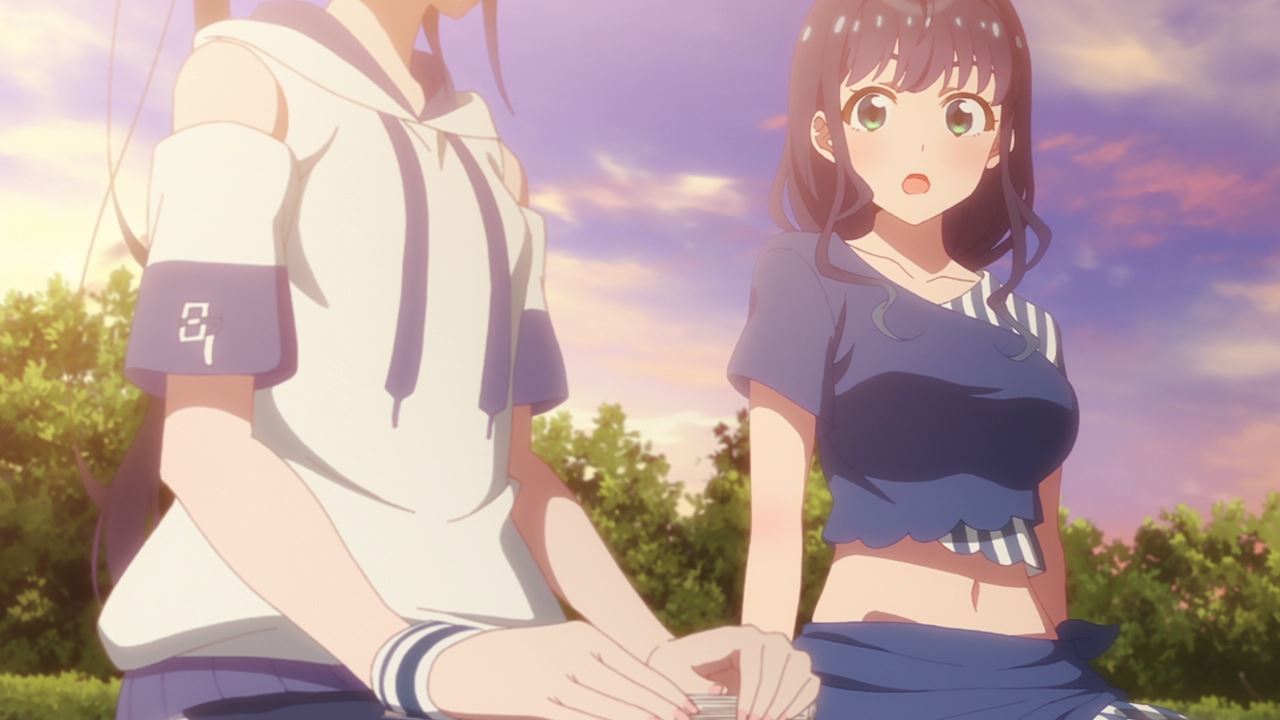 So, Mako Toma asked her fellow contestants for advice on how to get past the first round, starting with Rena Hananoi where she and Suzune Miyama managed to qualify even though the former doesn’t cooperate with the latter. 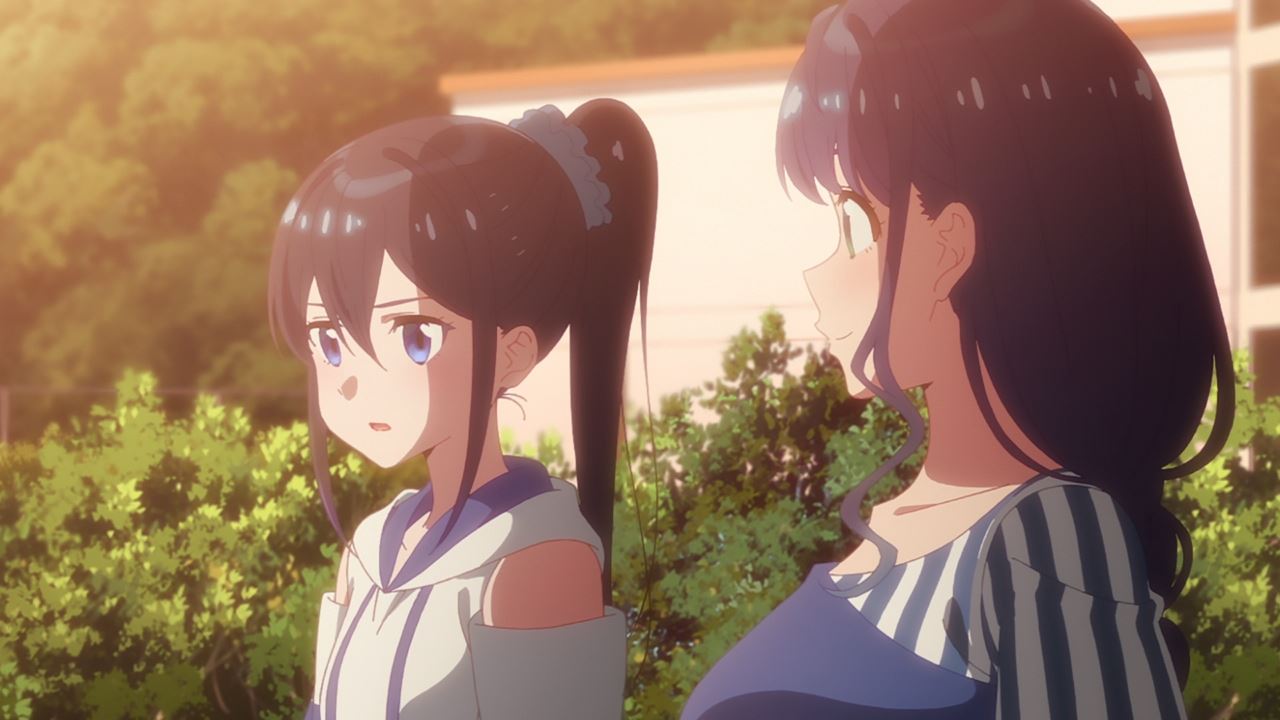 And here’s Rena Hananoi where she told Mako Toma that she treats everyone, including Suzune Miyama, as her rival. Therefore, they practice separately and performed together, thus both Rena and Suzu managed to qualify to the 2nd round.

Then again, I feel that Hananoi’s advice is not so helpful as she’s very aloof towards everybody. But hey, the singing duo managed to perform a banger of a song where both divas are competing to see who’s the better singer! 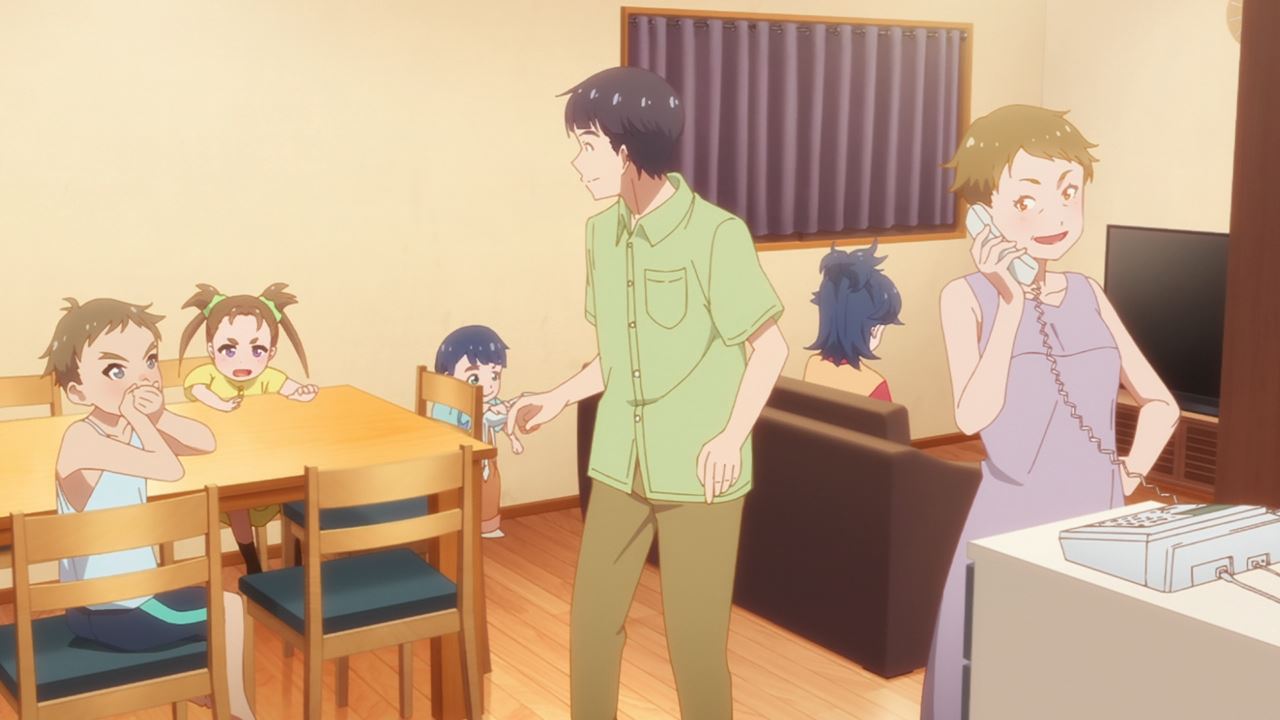 Now then, looks like the Toma family called Mako-chan where they want to cheer their daughter up. I guess they’re really worried about her since Mako is far away from Fukuoka. 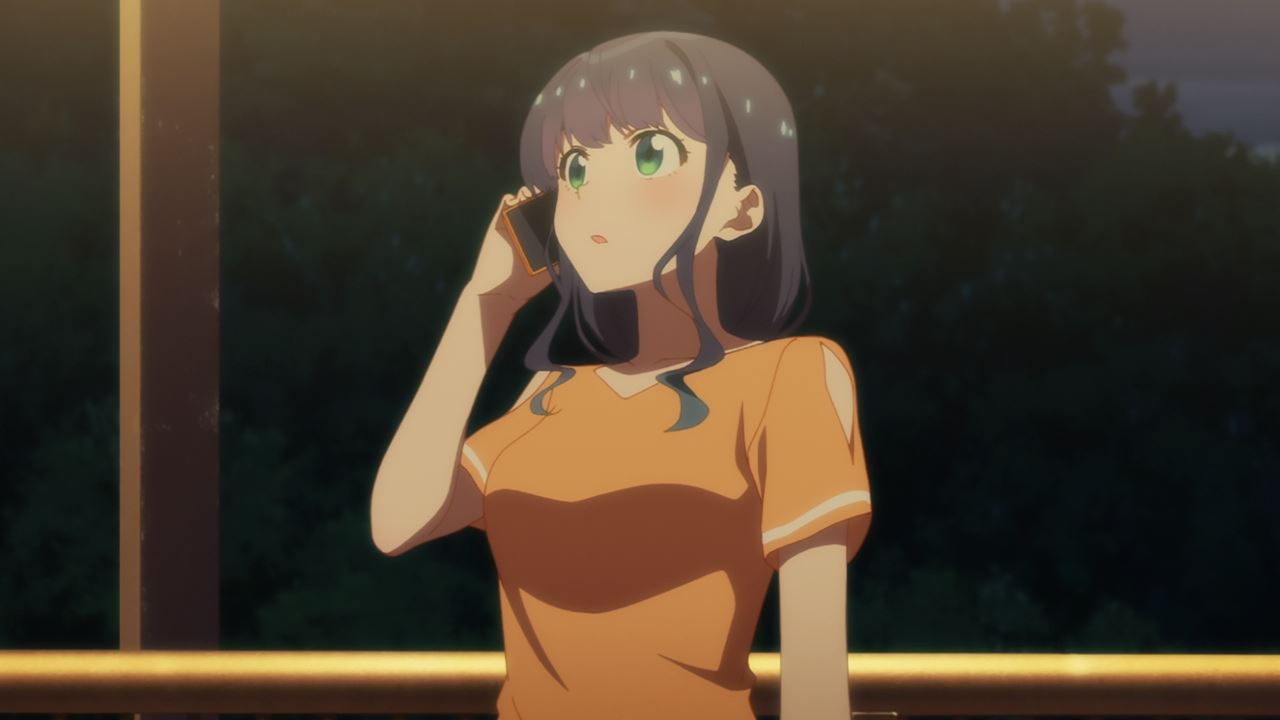 Still, Mako Toma can’t stay like this forever as she wants both Shiori Yamaga to Uta Koizumi. But how will she do it as the clock is ticking fast? 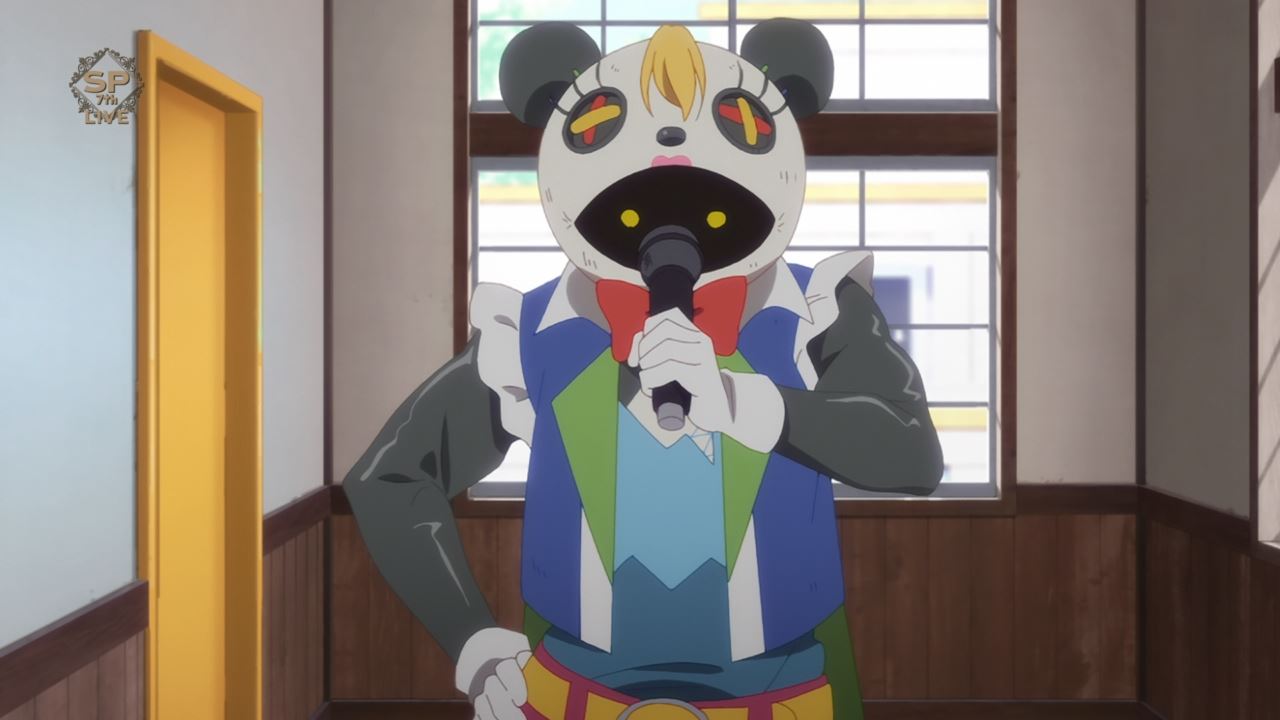 Now then, it’s time final day of the 1st round where Sumipanda is here to check the last group to perform, although it would be nice if the mascot became a virtual avatar rather than a creepy guy in a costume. 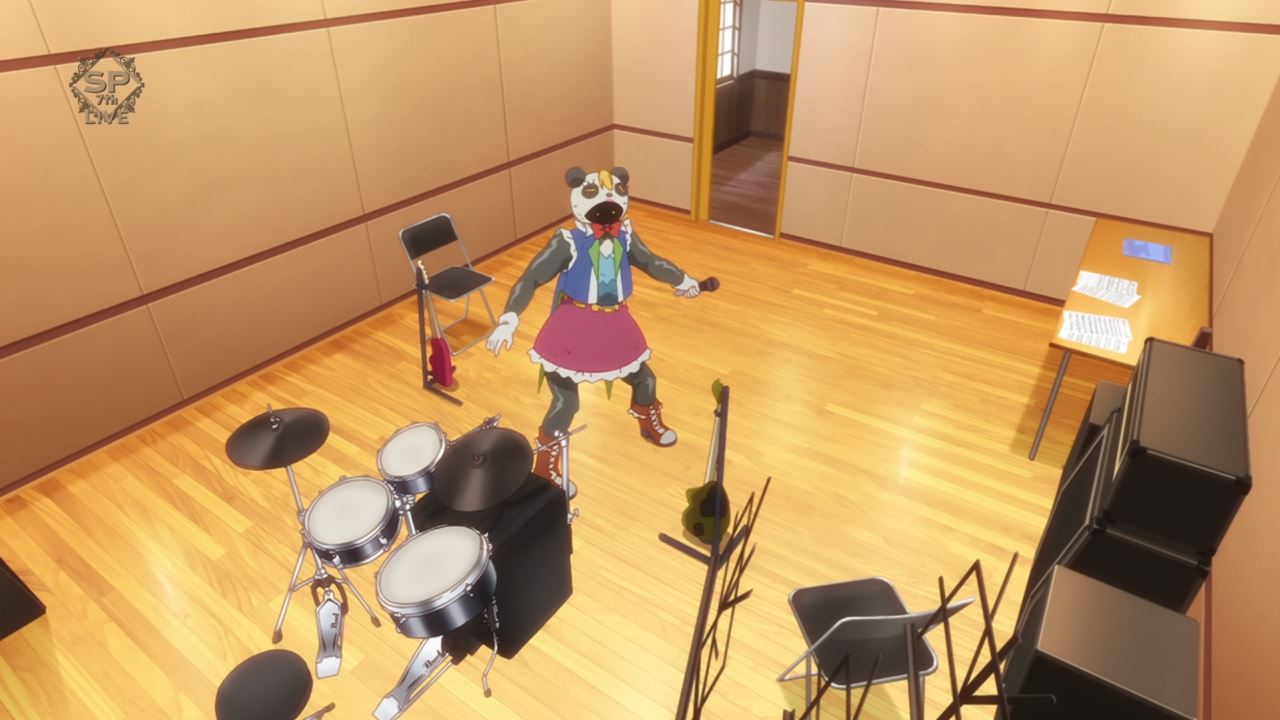 Unfortunately, Sumipanda couldn’t find GapsCaps as it’s time for the band to perform? Where the heck they are anyway? 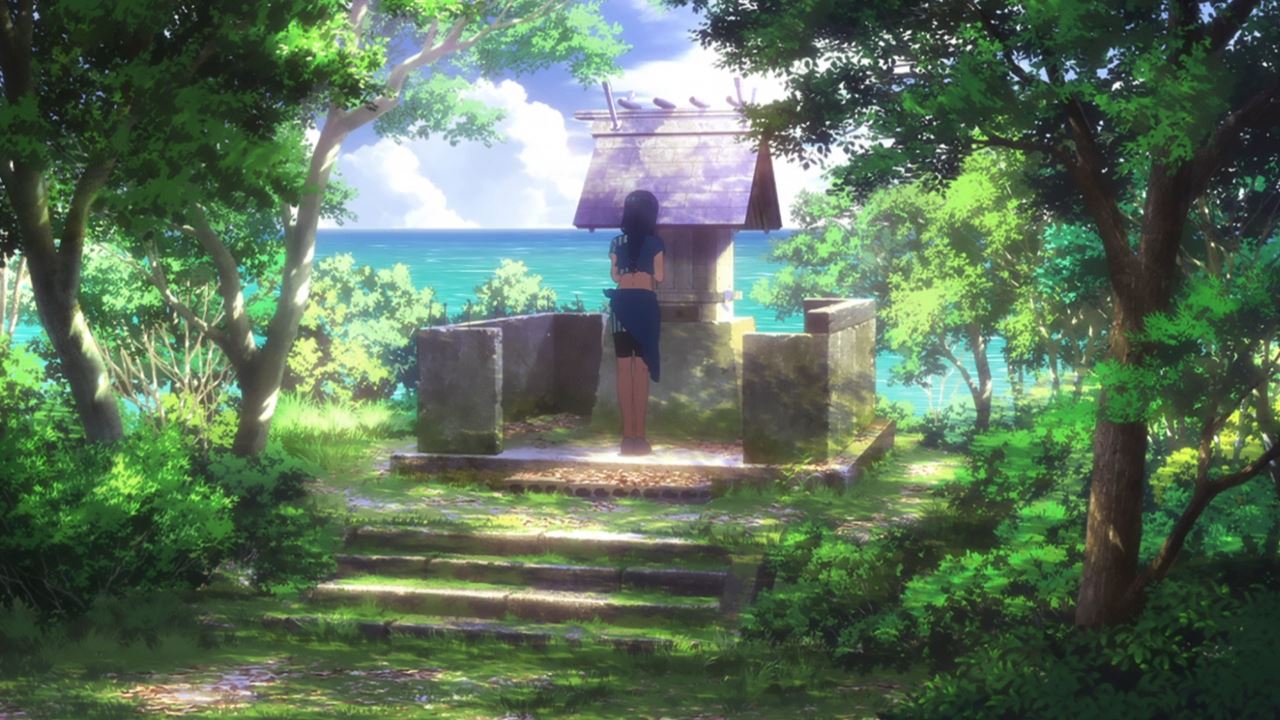 Well, there’s Mako Toma where she’s praying for luck at the shrine. Gotta have some good fortunes on the day of the live show. 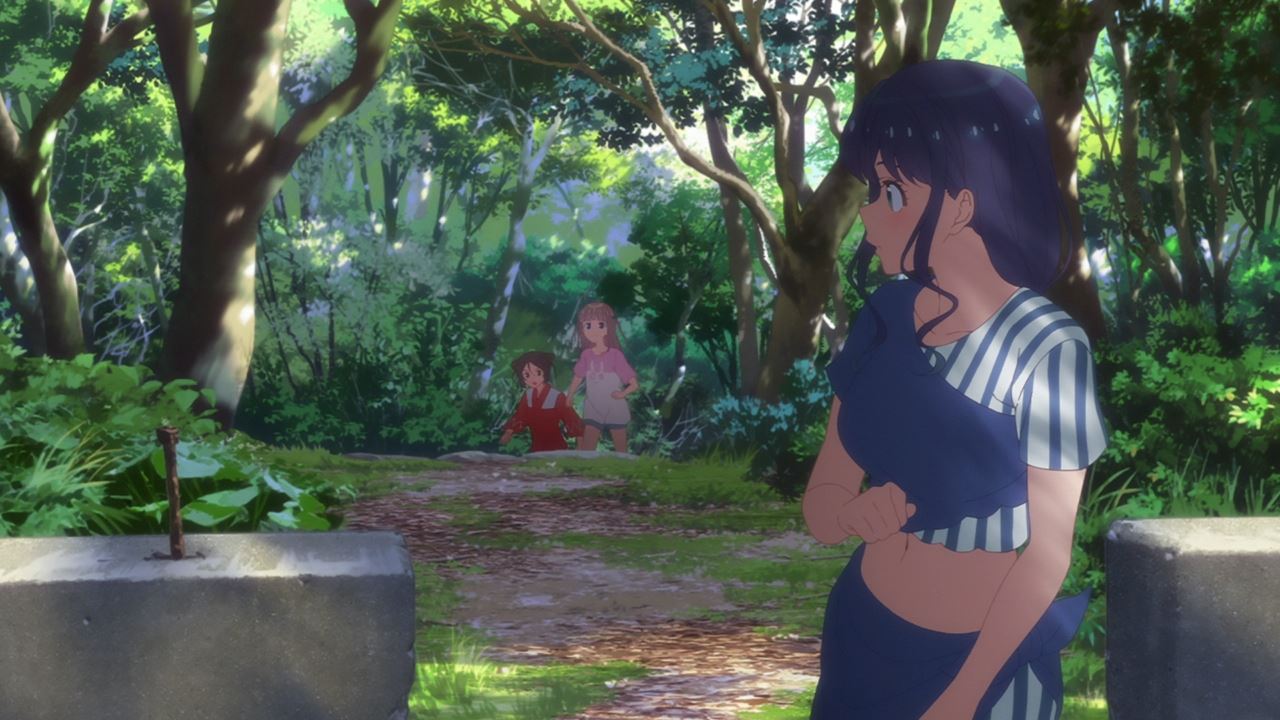 And here’s both Uta Koizumi and Shiori Yamaga where they told Mako-chan to hurry up ’cause it’s time for them to perform. Gee, are they worried about getting eliminated? 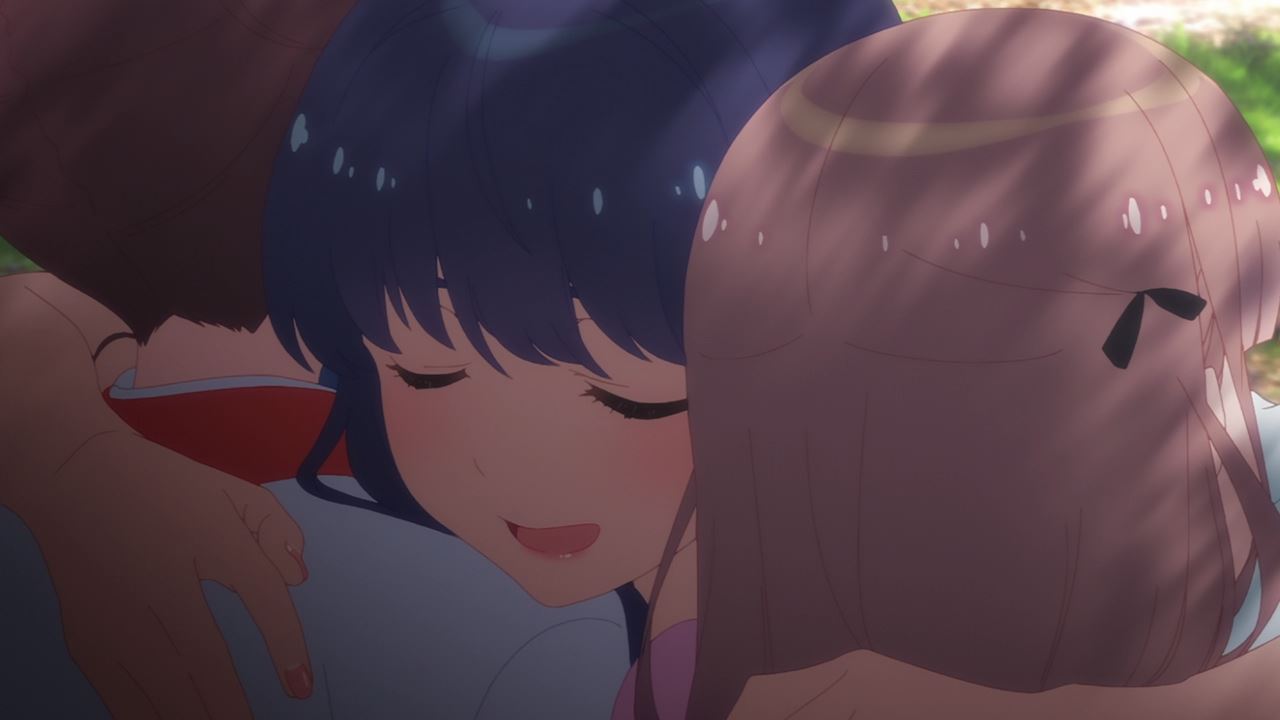 But here’s Mako Toma where she hugged both Uta and Shiori as she treat them as her best friends, of course Mako doesn’t want them to bicker all the time. 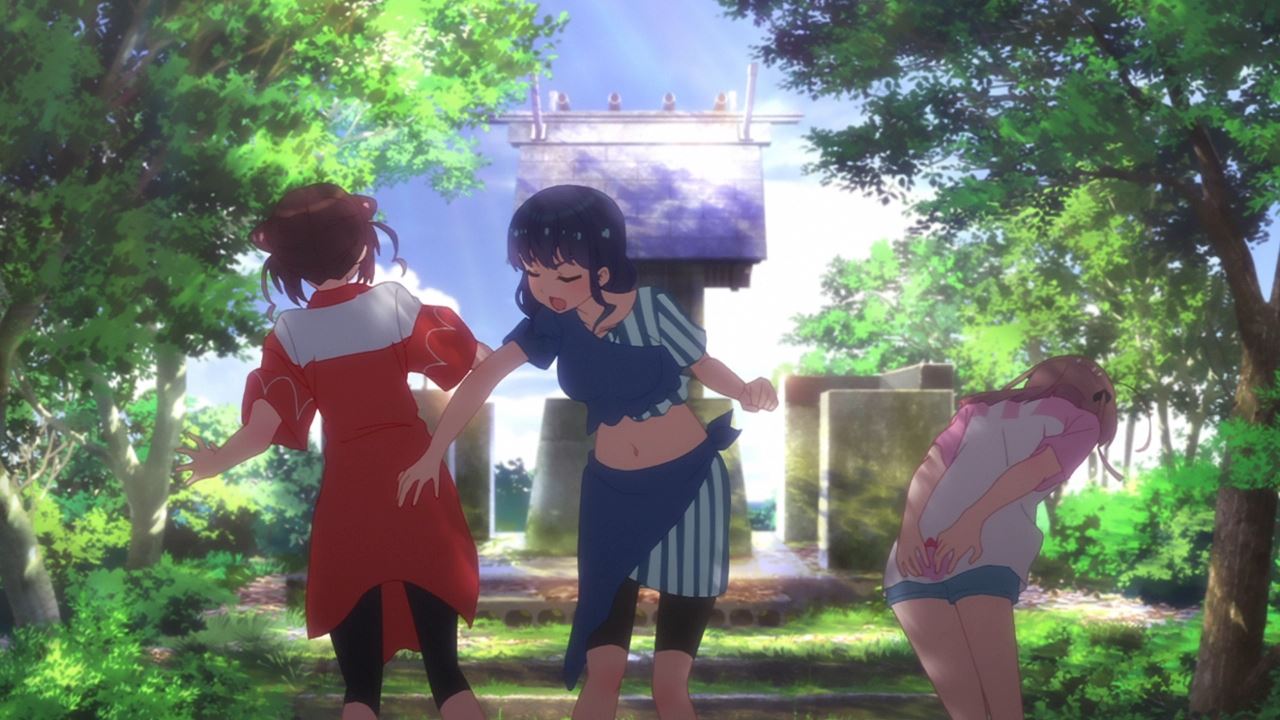 Therefore, it’s time for Mako Toma to become the strict mother for both Shiori Yamaga and Uta Koizumi as she slapped their butts hard. No more Ms. Nice Girl for Mako-chan! 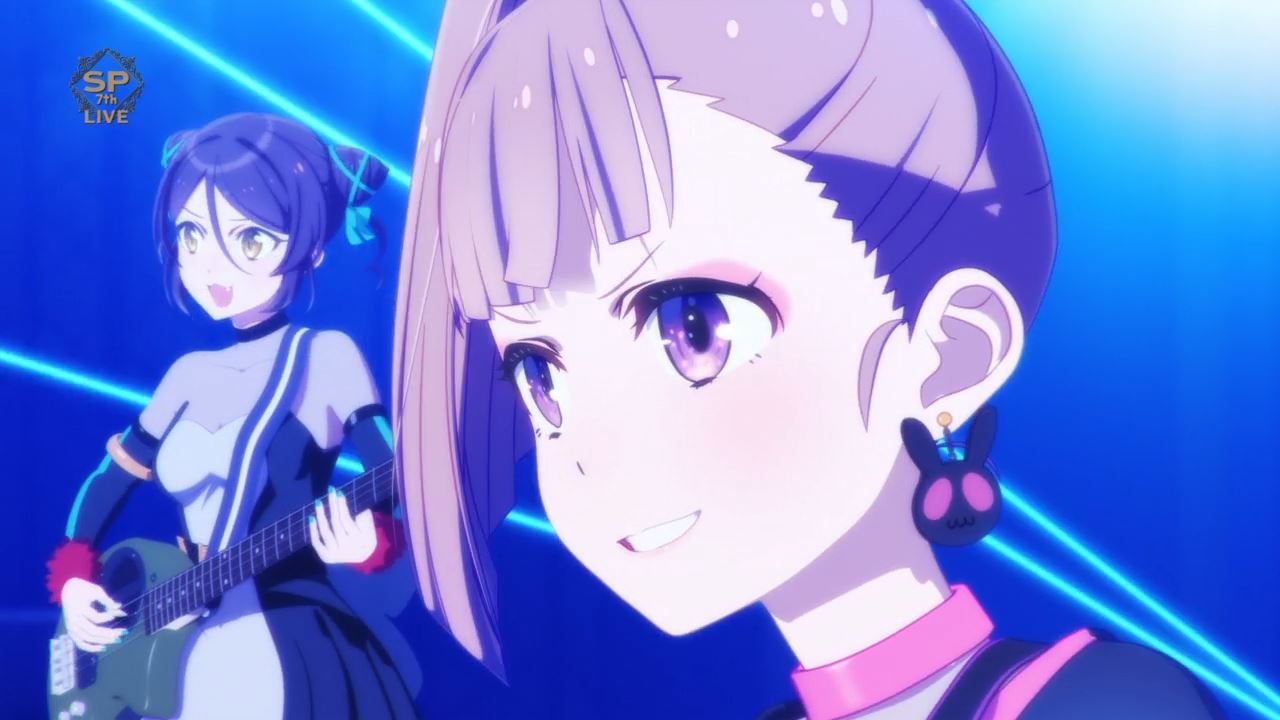 But thanks to Mako’s strict guidance, GapsCaps managed to pull a stunning performance as Shiori, Uta, and Mako performed “NOiSY MONSTER”. 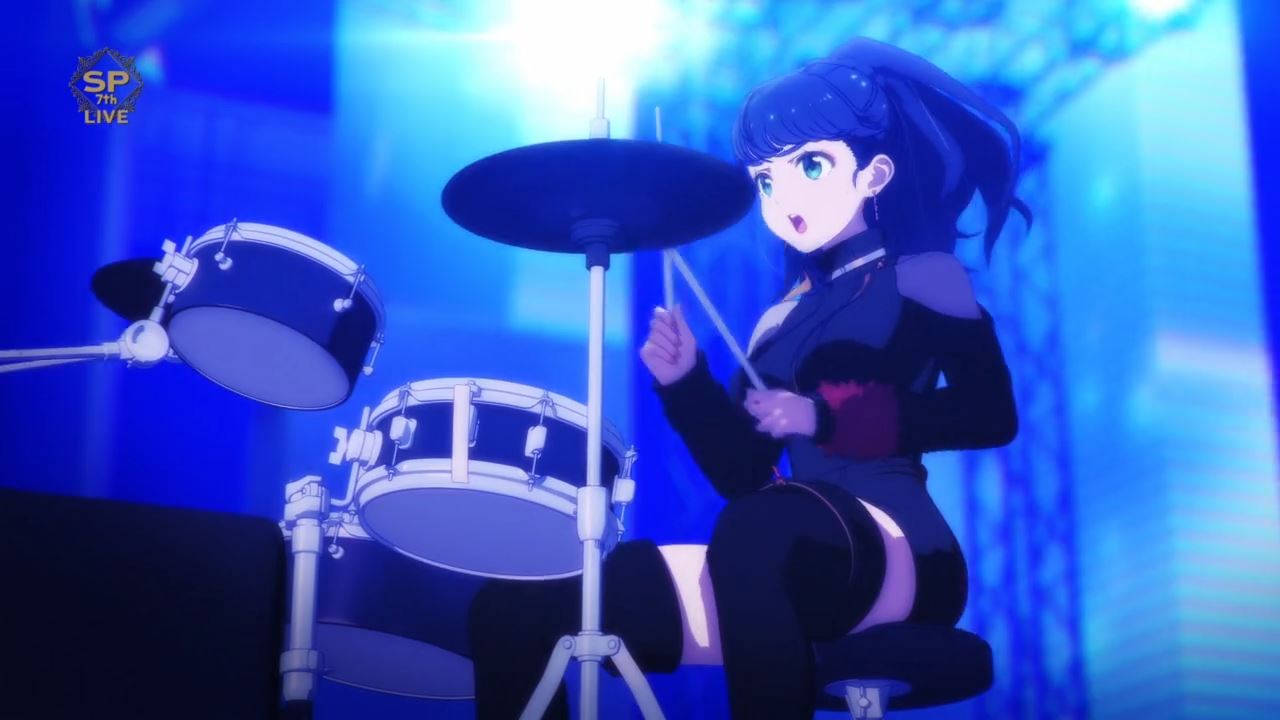 All I can say is that Mako Toma managed to pull both girls towards a common goal, rather than letting their respective egos take over and derail the entire team.

And while GapsCaps managed to rock the entire house down, what’s their Yell count? 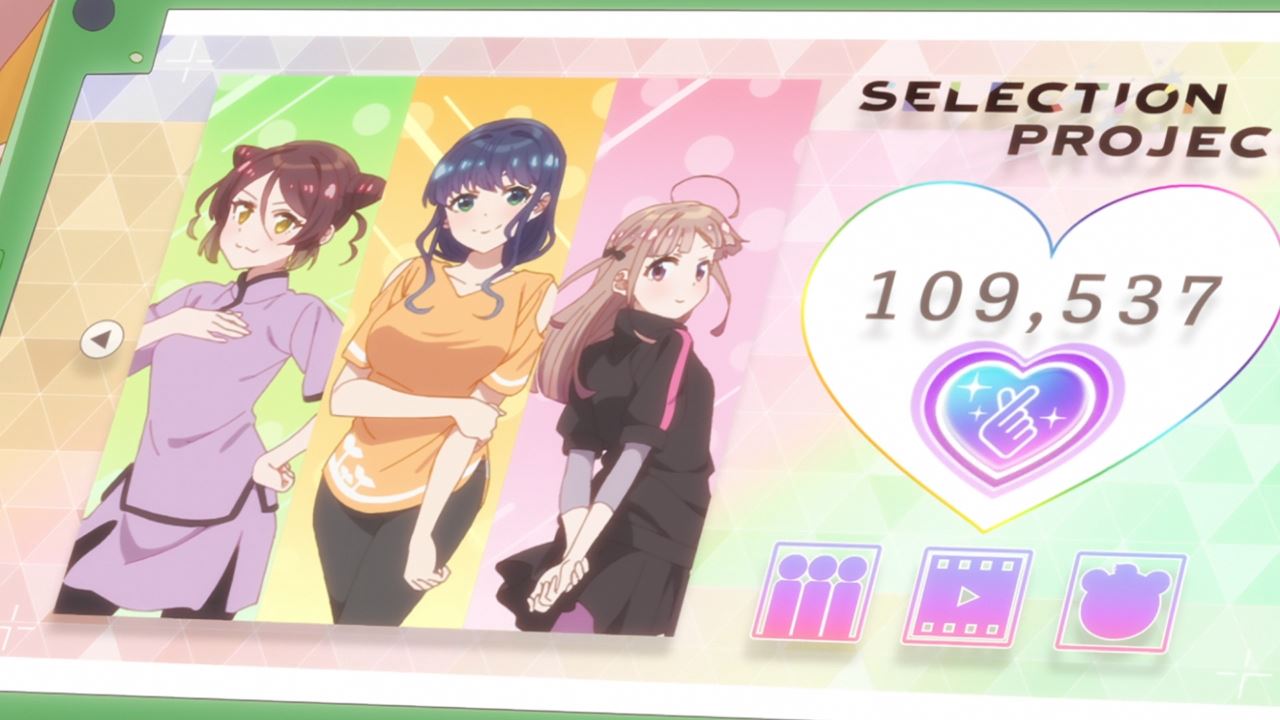 Well, GapsCaps managed to reach over 100,000 Yells that they all 3 girls are qualified on the next round. Amazing work there from GapsCaps! 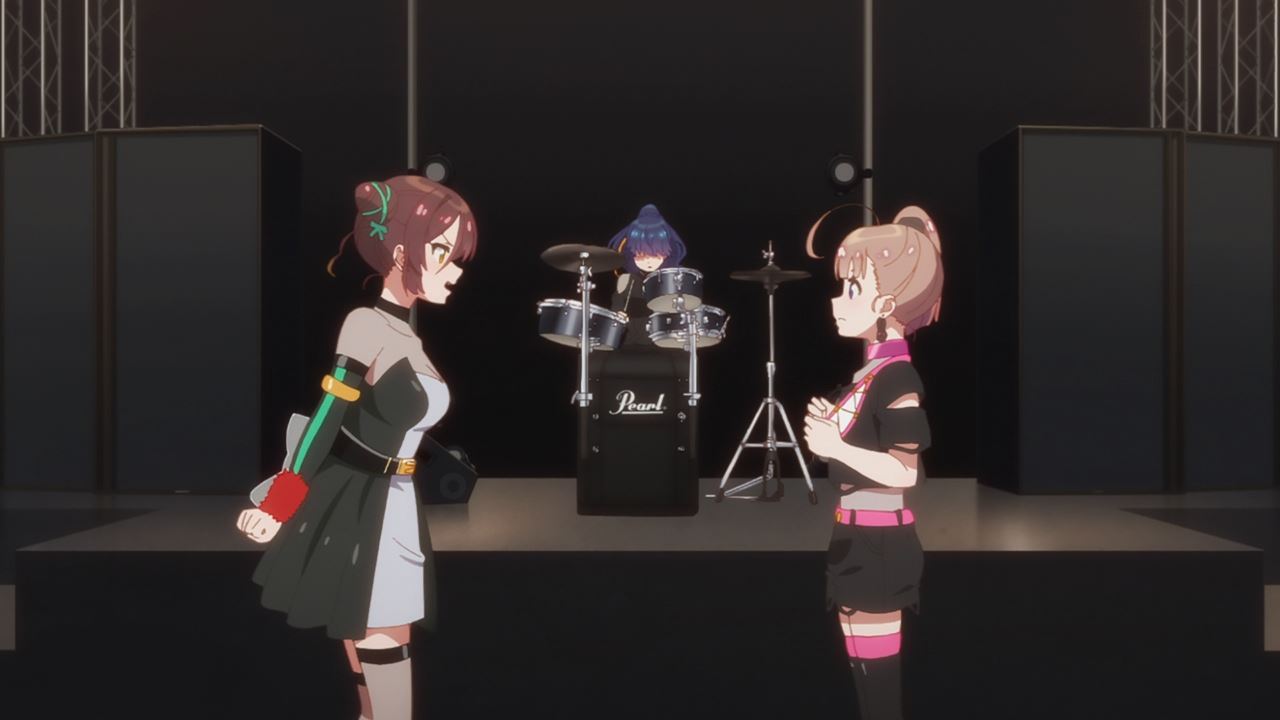 Unfortunately, the bickering still continues where Shiori Yamaga and Uta Koizumi are arguing on who will take the lead. Honestly, they did well together. 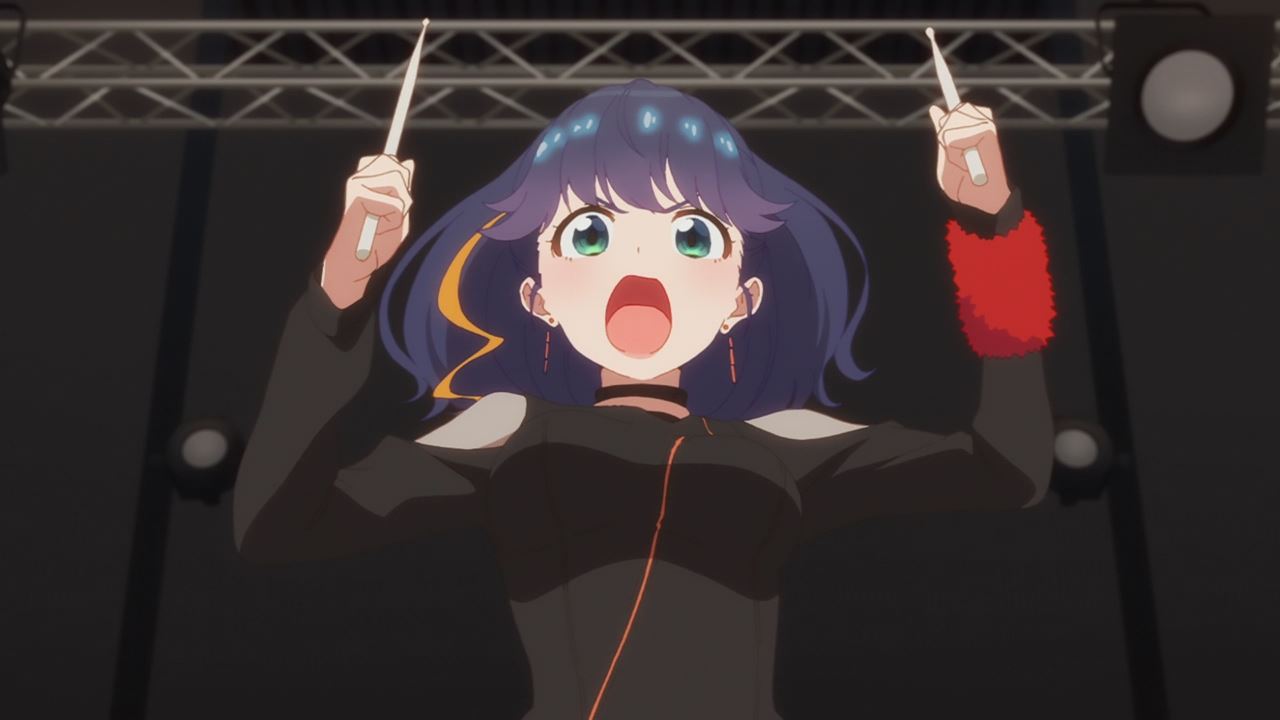 Oh, and so did Mako Toma where she’s amazing in both her vocal prowess and drumming skills, although Mako is really mad that she’ll have to spank both girls again! 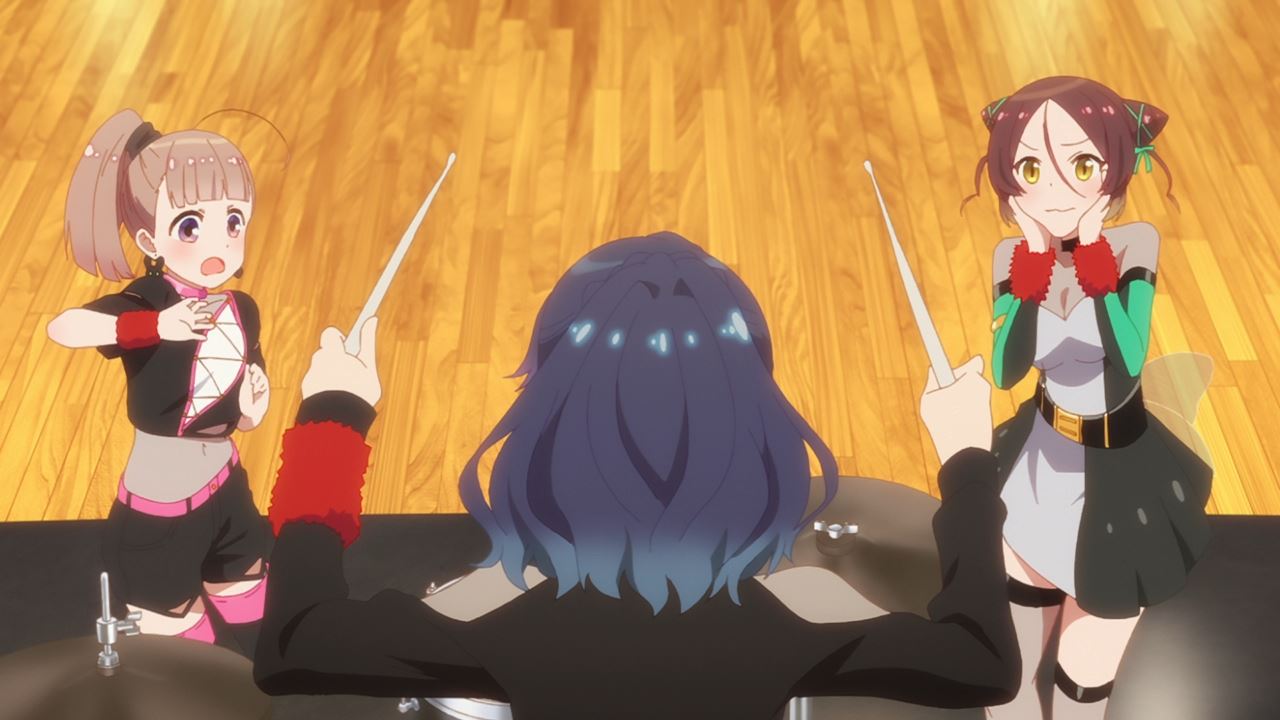 But that’s about it for this episode as all 9 contestants are finally qualified to the 2nd Round for the time being.

Of course, the competition will get tougher as Selection Project will try to eliminate some weak contestants until there’s one left. Anyways, I’ll see you next time!