Posted on November 6, 2021 by benigmatica 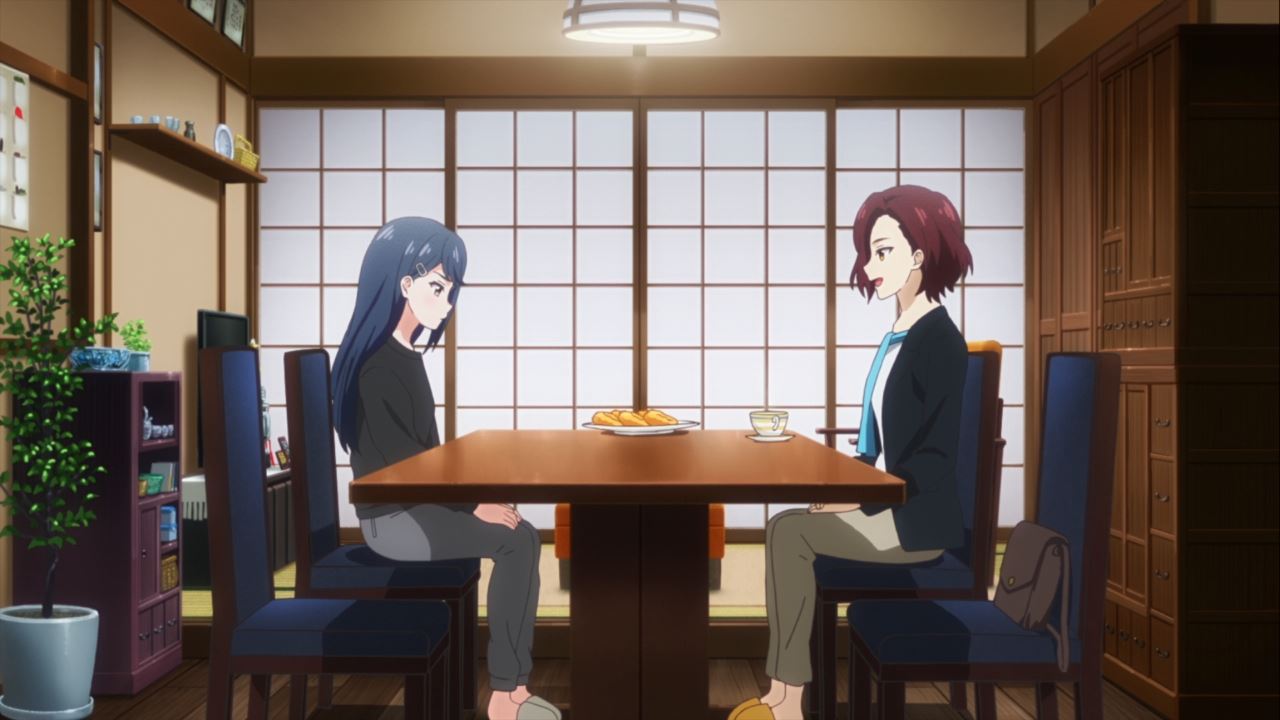 Well everyone, here’s Yoko Matsunaga where she tries to recruit Yu Kiyose to Nikko Dream Monkeys. C’mon, she needs one more member to complete the team. 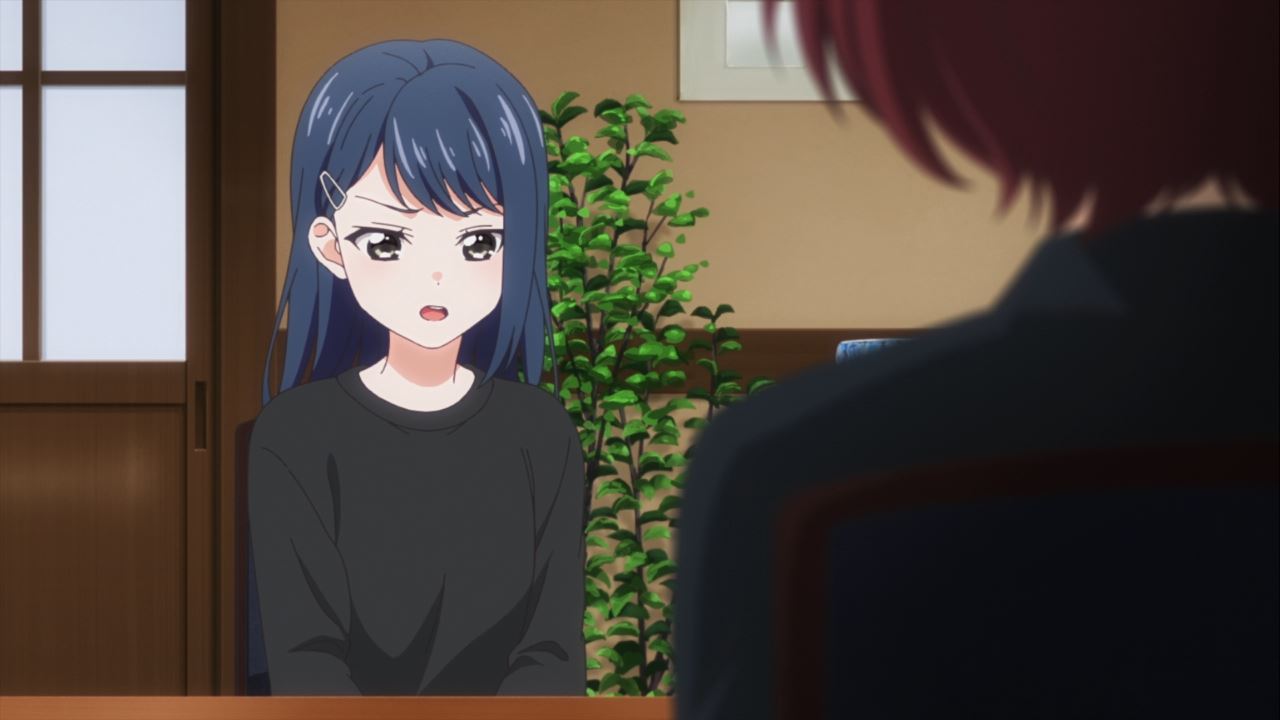 However, Yu Kiyose refused Yoko-san’s offer as she already quit playing ice hockey. But you know what, I think she’ll return soon as Matsunaga will find ways to make her play again. 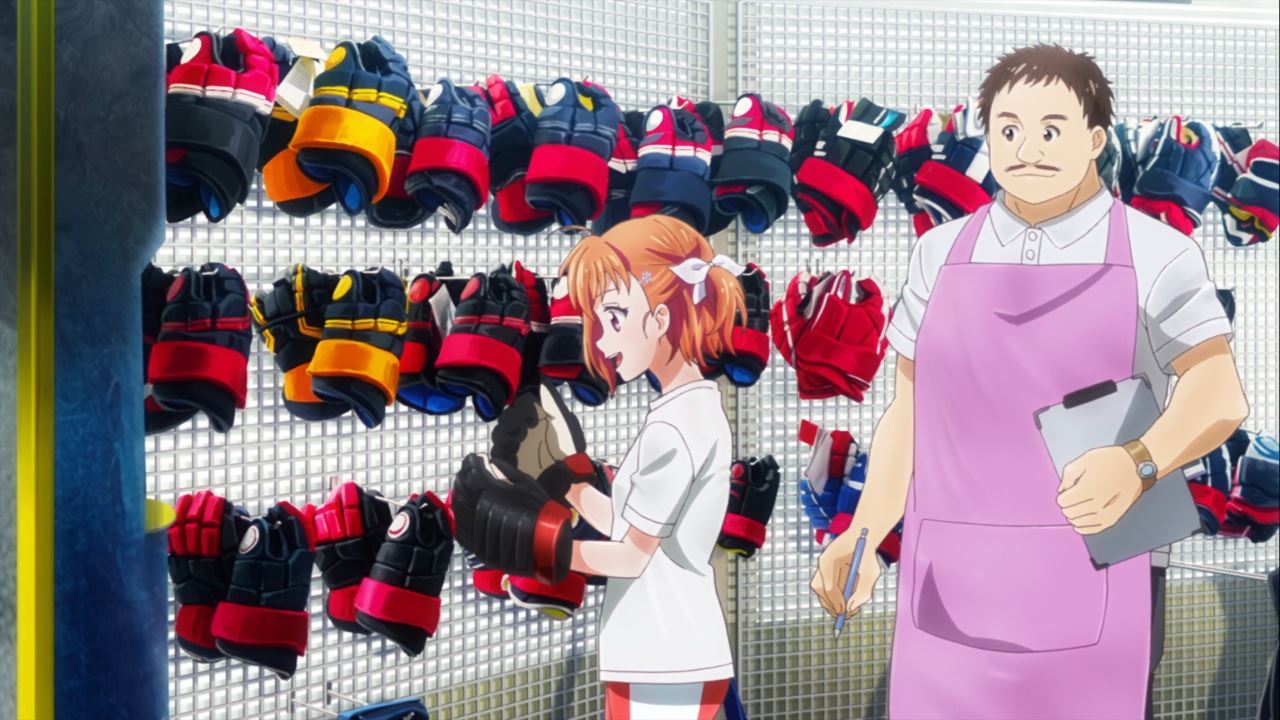 Meanwhile, Manaka Mizusawa and the rest are now getting some ice hockey equipment at the local store. Don’t worry though as Yoko Matsunaga will foot the bill. 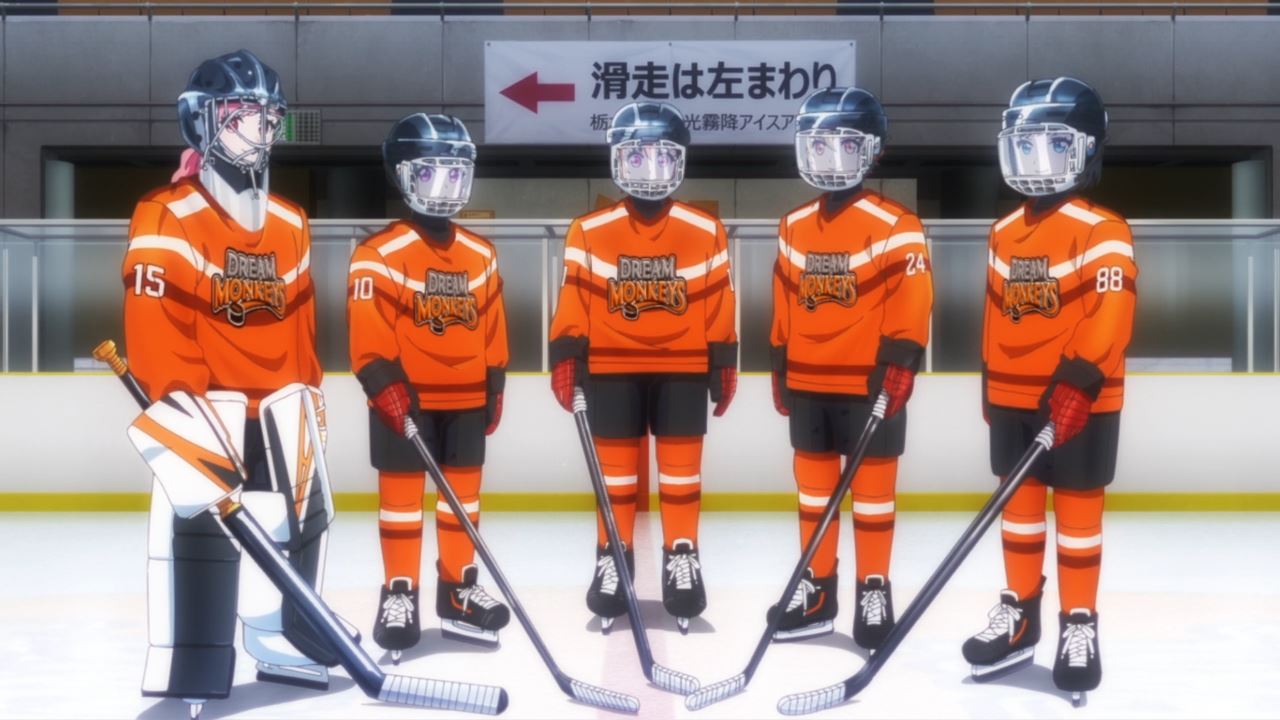 Anyways, all 5 new members are finally suited-up, ready to play ice hockey at any time. Of course, they still need one more member unless Yoko asked one of the senior members to act as a substitute. 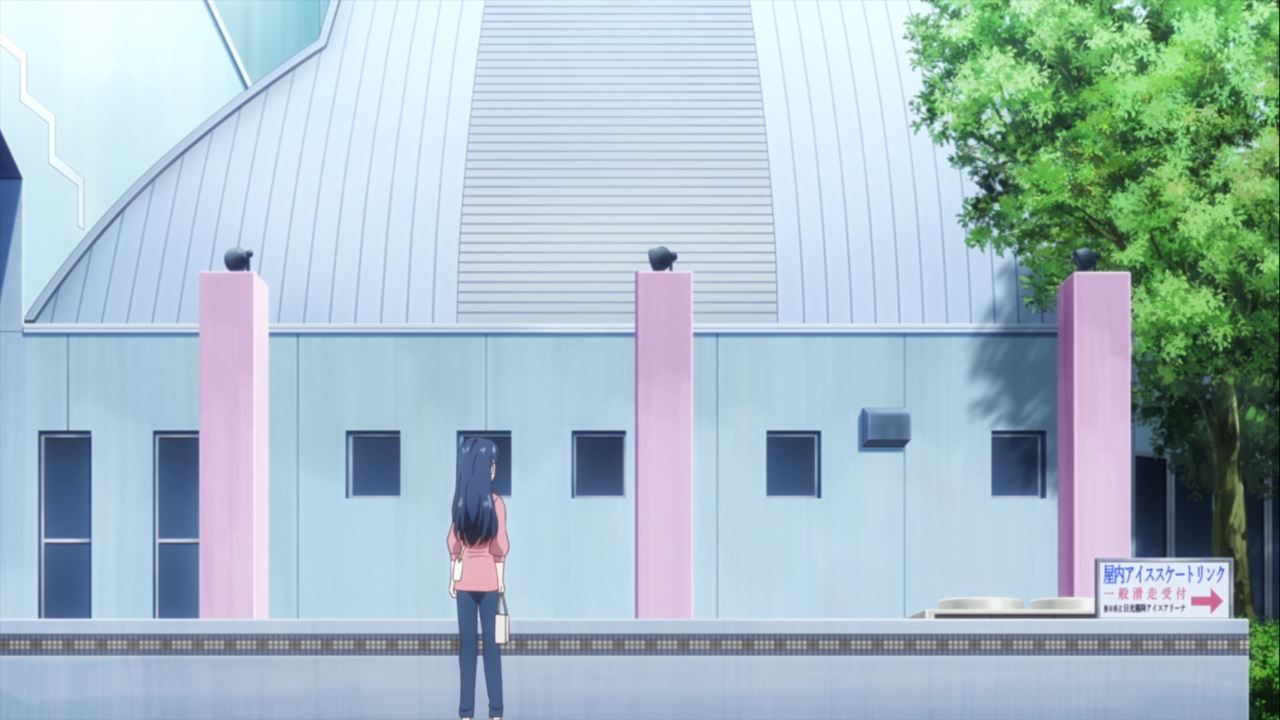 Well, there’s no need to ’cause Yu Kiyose is here as she’s supposed to return a lost item to its rightful owner, although I bet that it was Yoko Matsunaga who deliberately left that item. 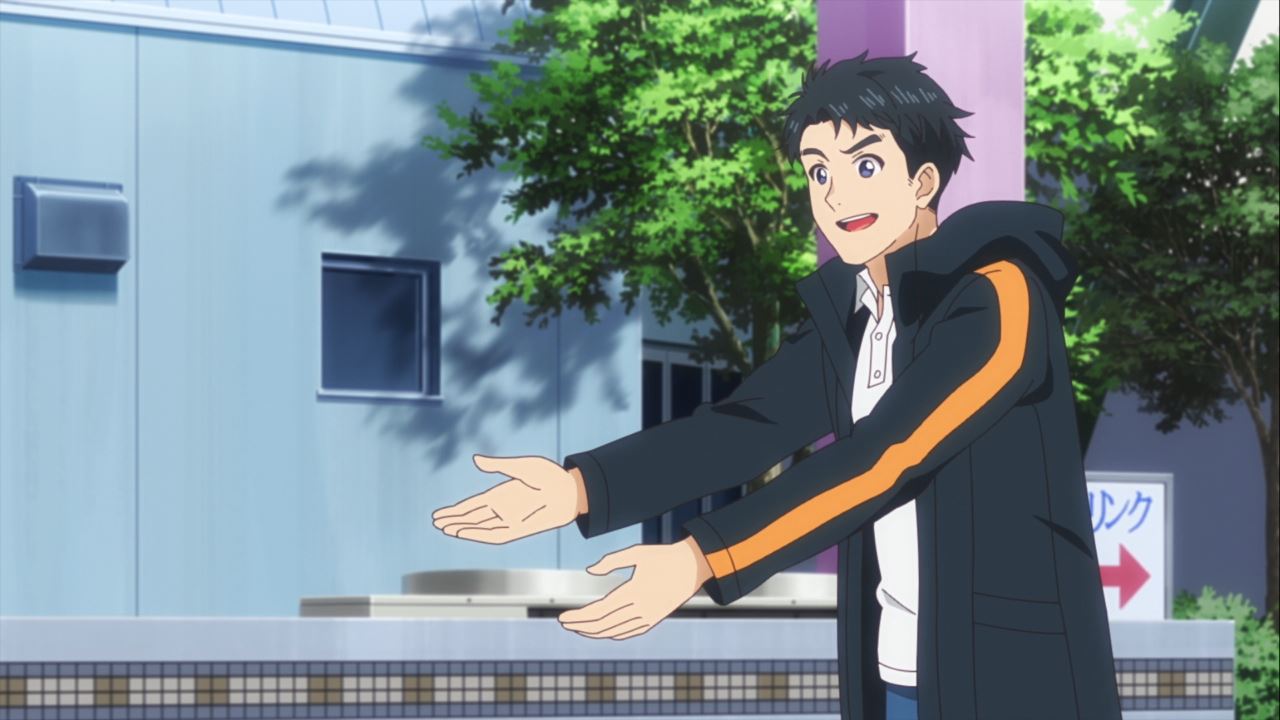 Meanwhile, here’s Sou Satou where he tries to convince Yu Kiyose to get inside Nikko Kirifuri Ice Rink. Man, his acting is not convincing at all. 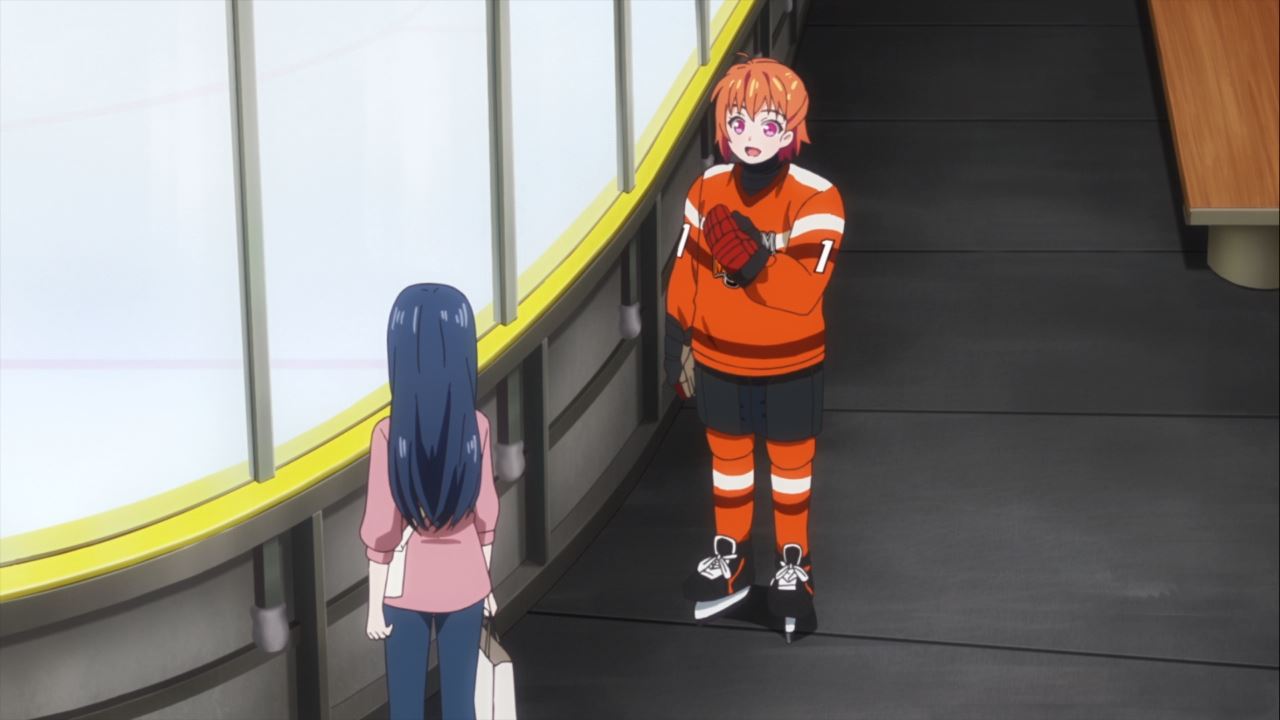 Anyways, Yu-chan got inside the arena where she’s greeted by Manaka Mizusawa. Unfortunately, Kiyose doesn’t want to play ice hockey. 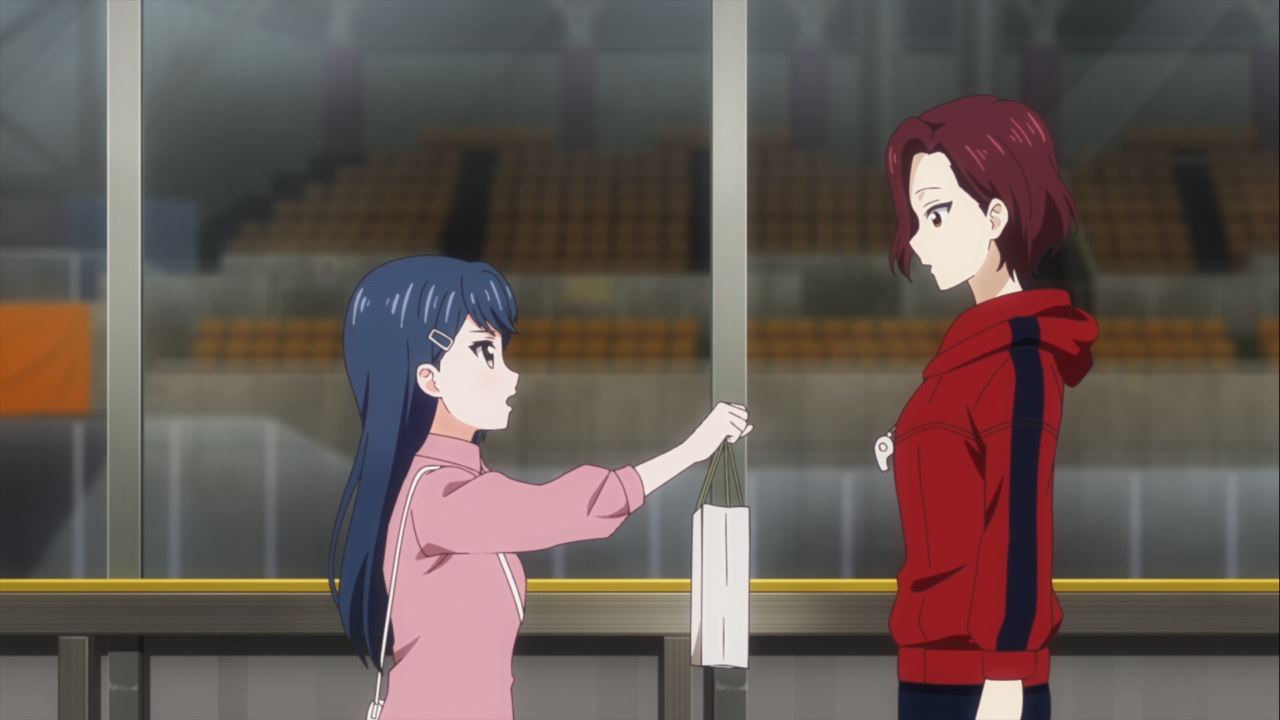 And speaking of Yu Kiyose, she’s just want to go home after returning the item to Yoko Matsunaga. Of course, Yoko-san won’t let her get away. 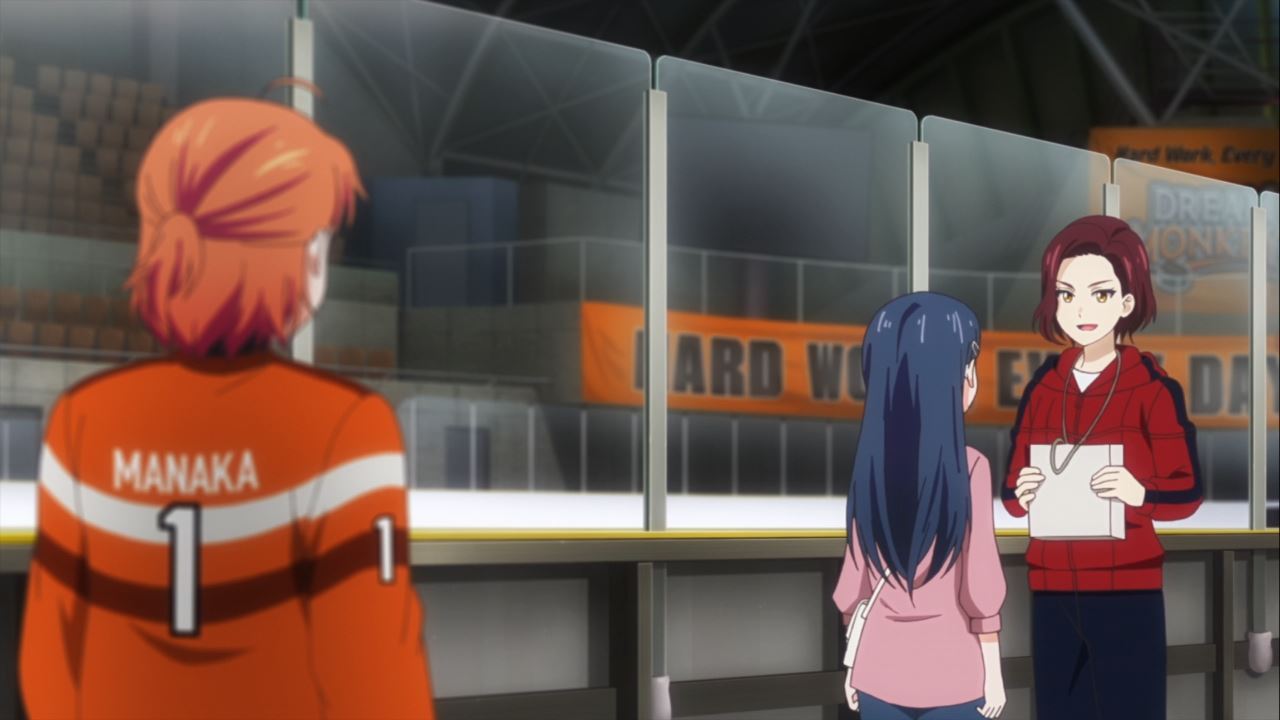 So, Matsunaga asked Kiyose to play some ice hockey with Manaka Mizusawa.

There’s a catch though as Yu-chan must score 5 goals to leave the arena. But if Kiyose got her shot blocked, she has no choice but to join the Nikko Dream Monkeys. 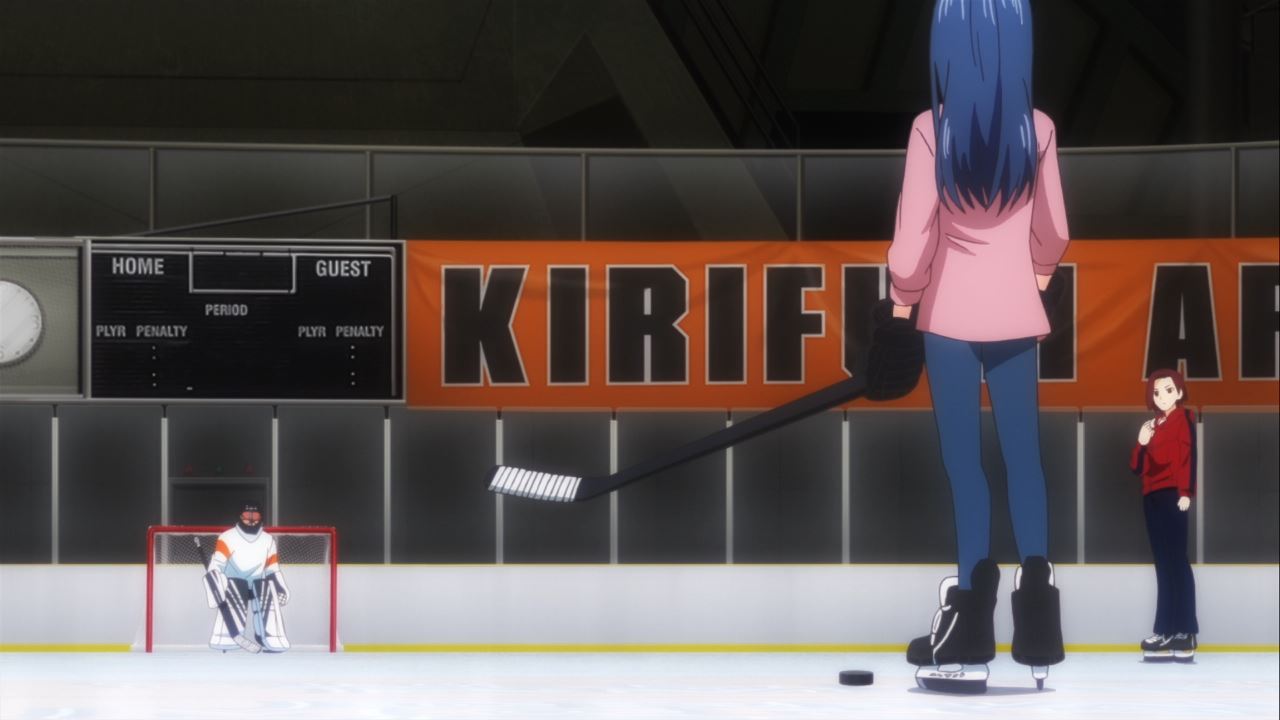 Now while it’ll be easy for Yu-chan to score 5 goals in a row since she’s an Under-16 MVP, it’ll be a tough challenge for Manaka where she’ll be the goaltender this time. 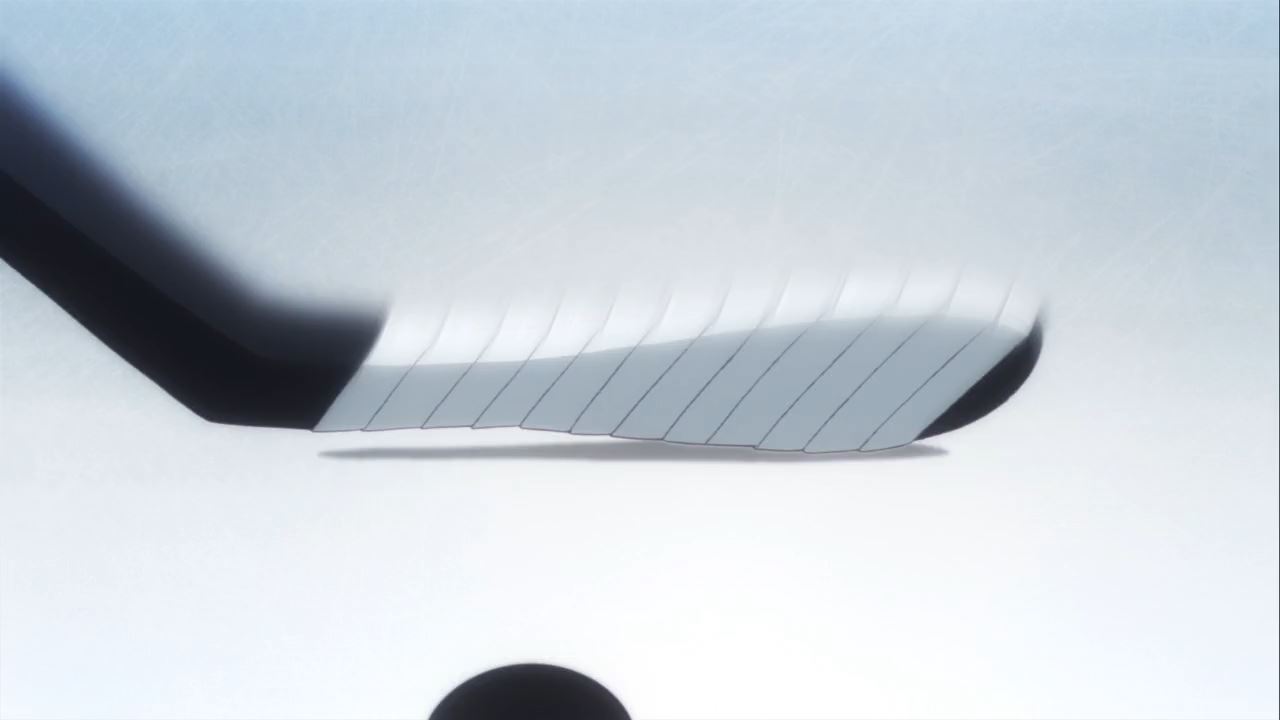 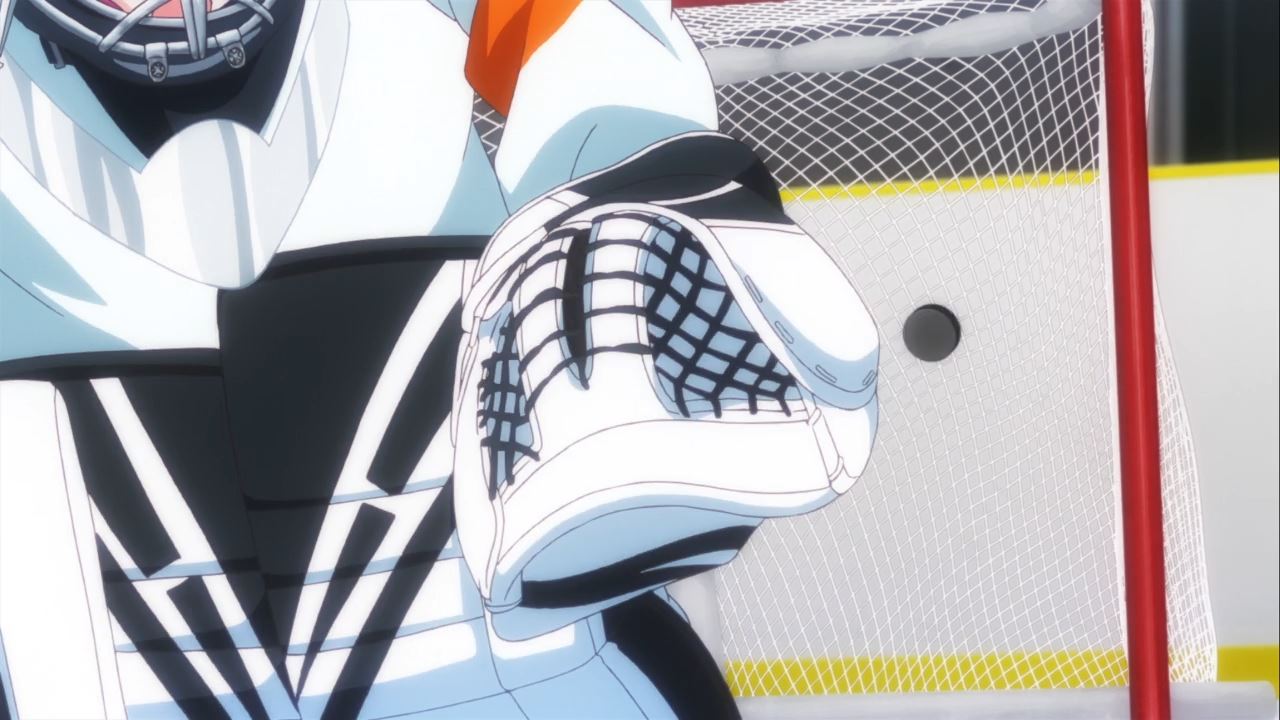 But as you can see, Yu Kiyose scored 4 goals without breaking a sweat. As expected from this prodigy as there’s no way Manaka would block those shots. 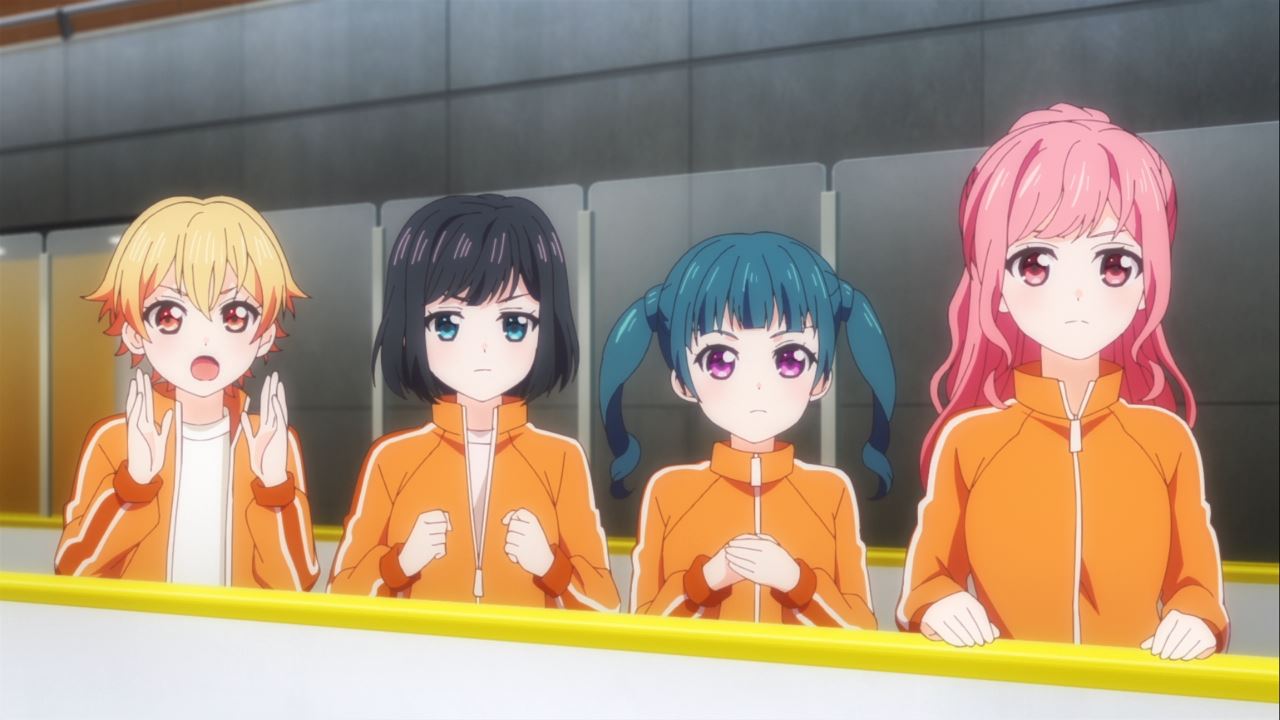 Of course, Riko Saginuma and the rest are cheering Manaka up as she still have a chance to block Yu’s shot. 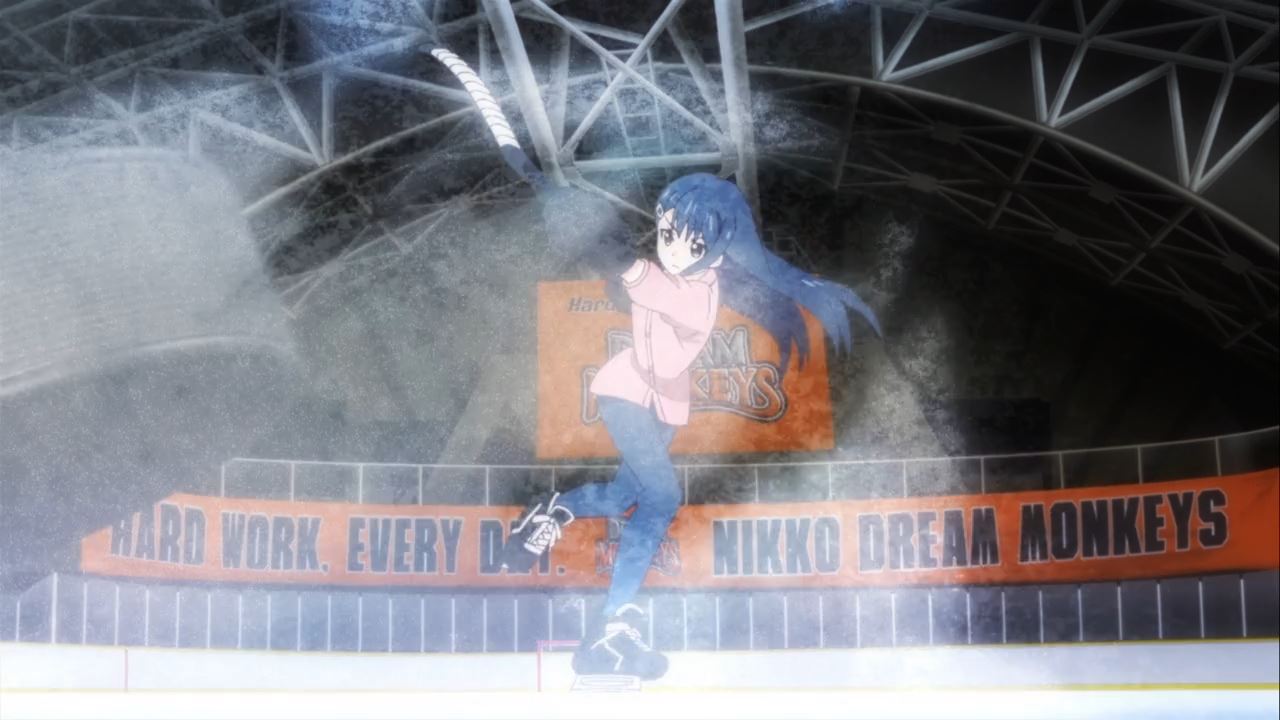 Now, it’s time for Yu-chan’s final attempt as she slapped the puck that might seal the deal. 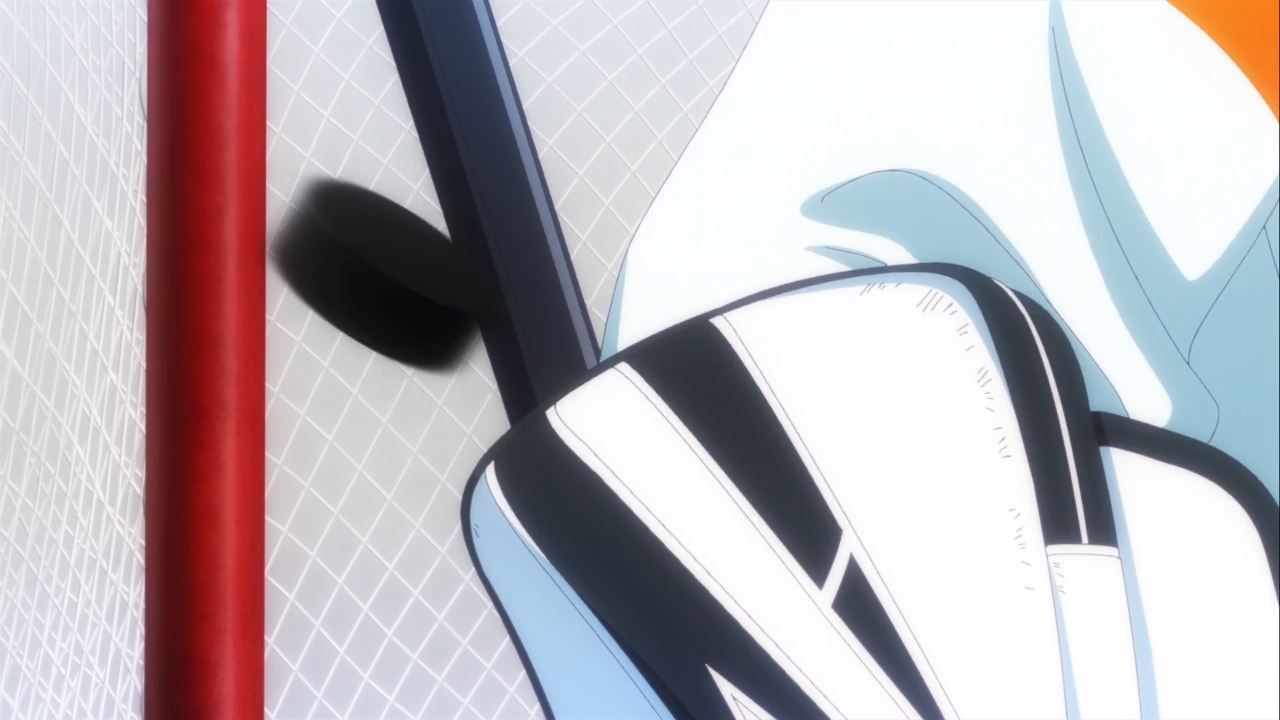 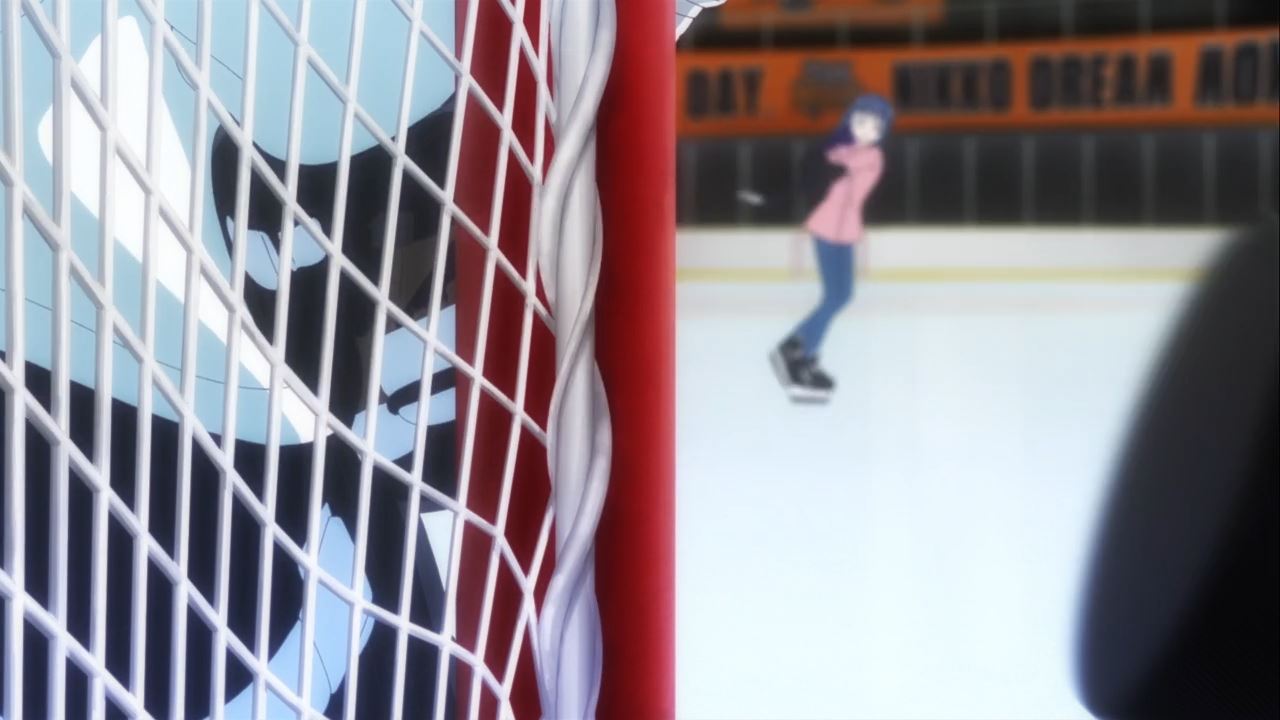 However, it appears that Manaka made a miraculous block where the puck hit the side of the goal net. Well, looks like Yu Kiyose lost the bet. 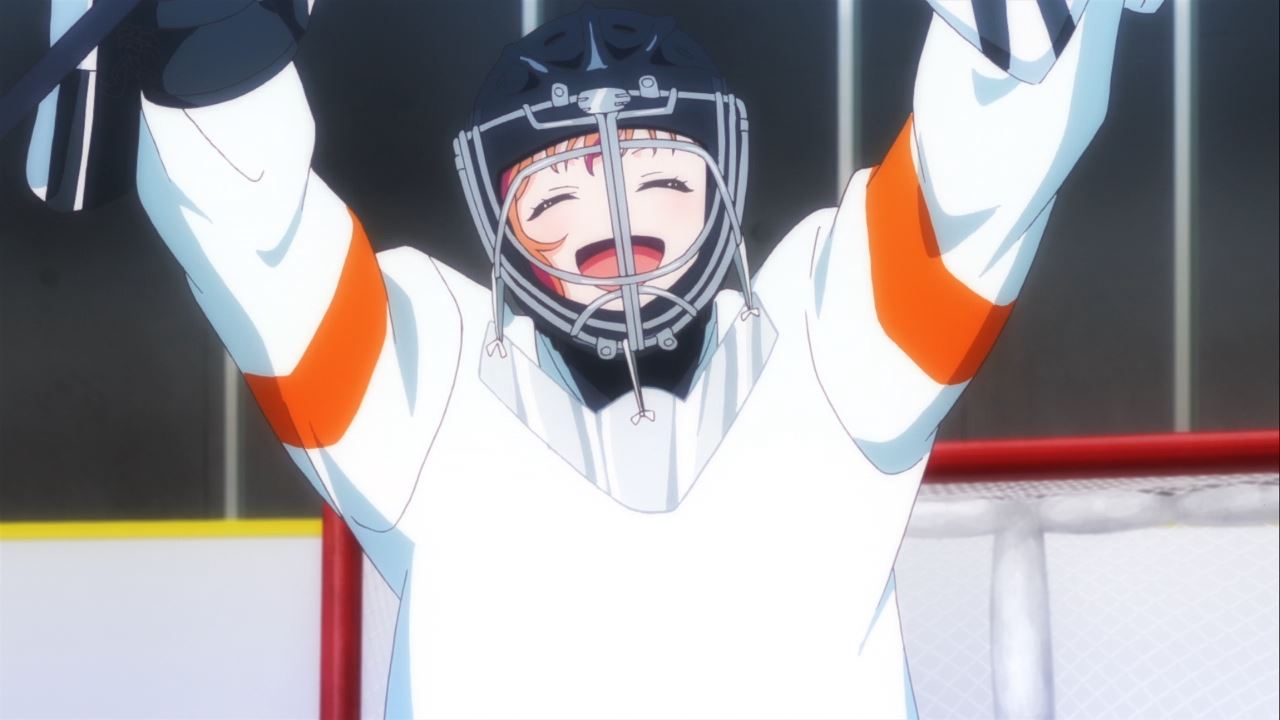 But here’s Manaka Mizusawa as she managed to stand her ground against the best ice hockey player in Japan. And with that, Yu-chan will join the Nikko Dream Monkeys. 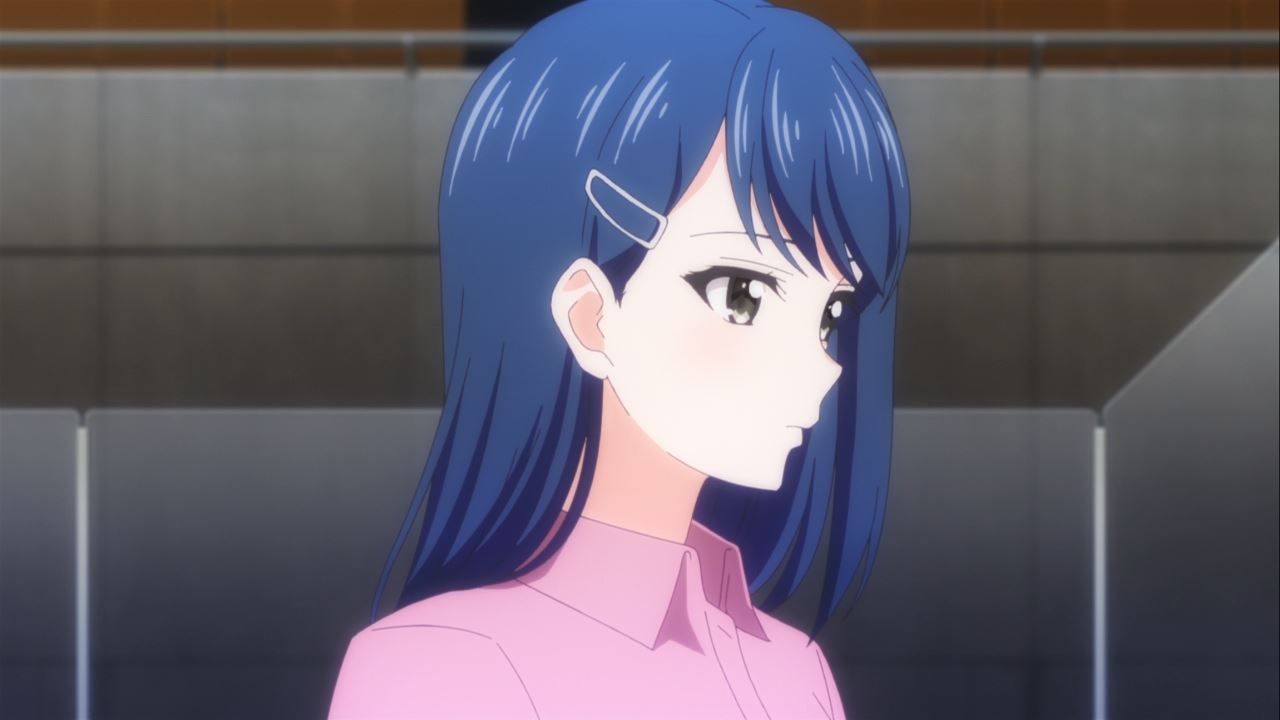 Of course, she still can’t believe that she lost to a mere amateur like Manaka but you know what, I’m hoping that she’ll change her outlook in life as there’s more than just winning a game, it’s how to have fun playing ice hockey.

And that’s about it for this episode where the Nikko Dream Monkeys junior ice hockey team is finally complete. Now, let’s hope that they’ll stick together on the next episode ’cause the real challenge will begin!