Posted on November 7, 2021 by benigmatica 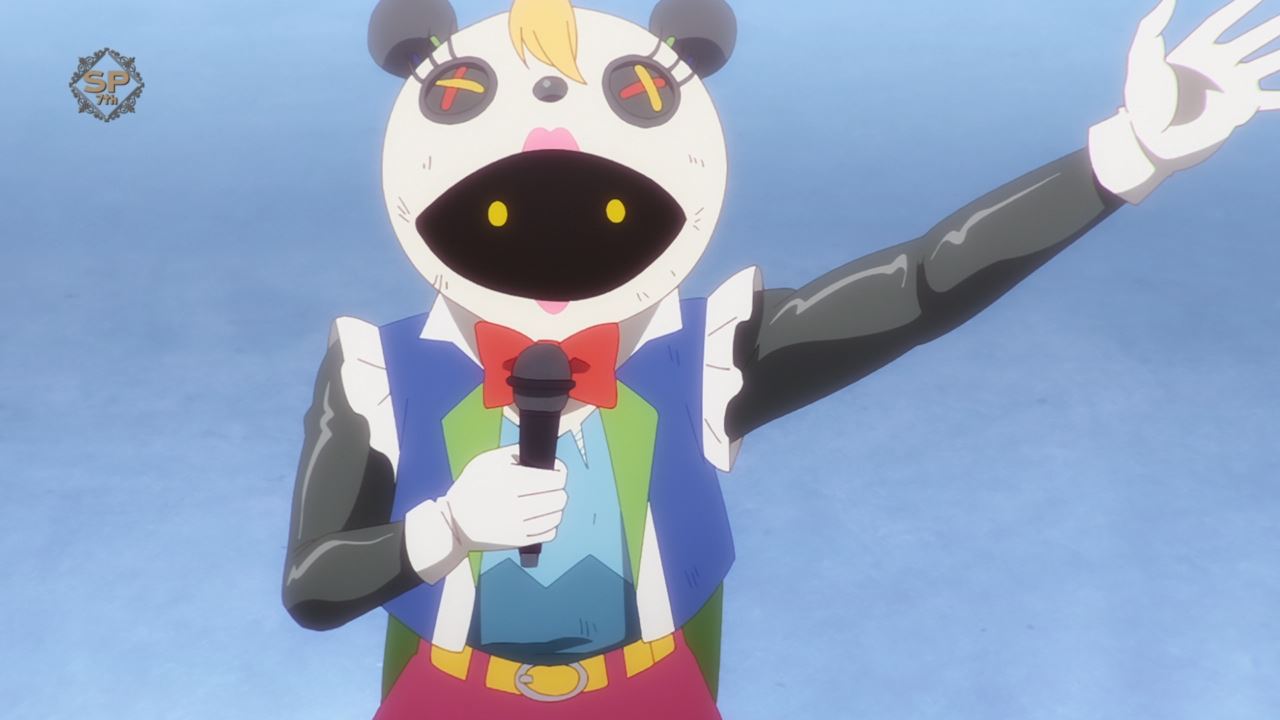 This episode is brought you by Sumipanda where the mascot is surprised that everyone qualified to the 2nd round.

Of course, things will get tougher as the theme for Round 2 will be summer vacation. This means that everyone must wear swimsuits while performing a song based on summer. 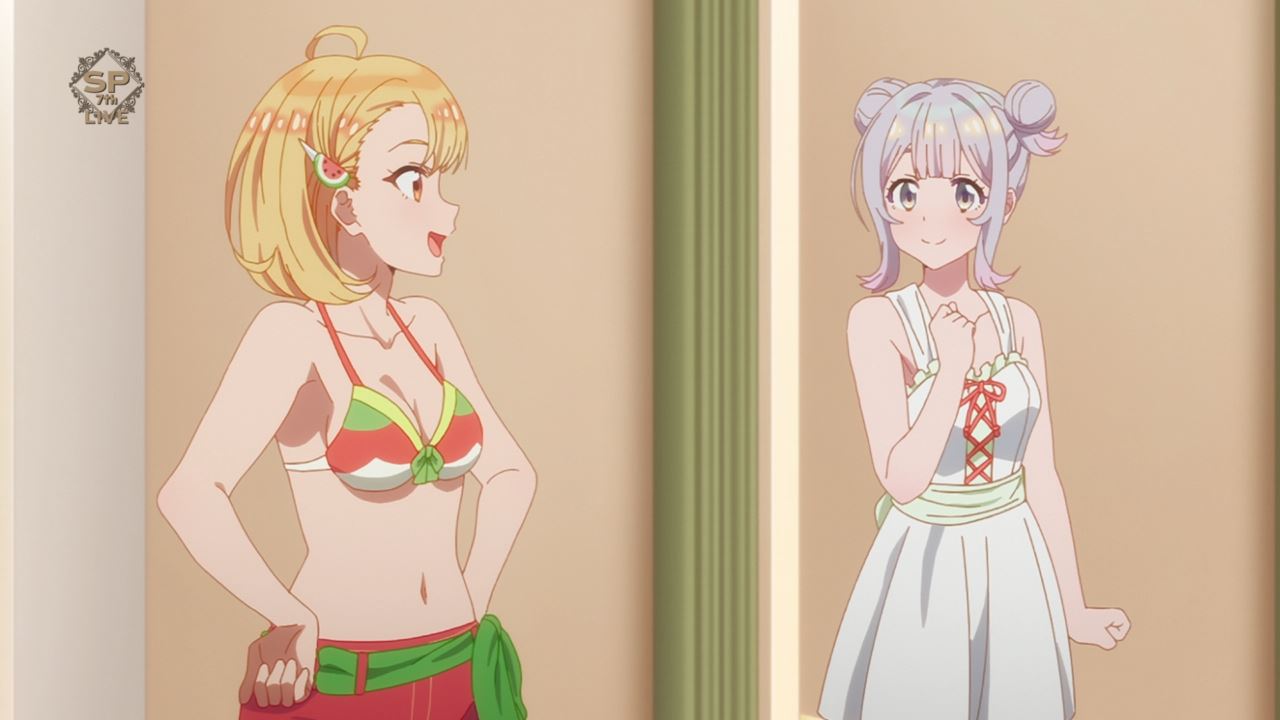 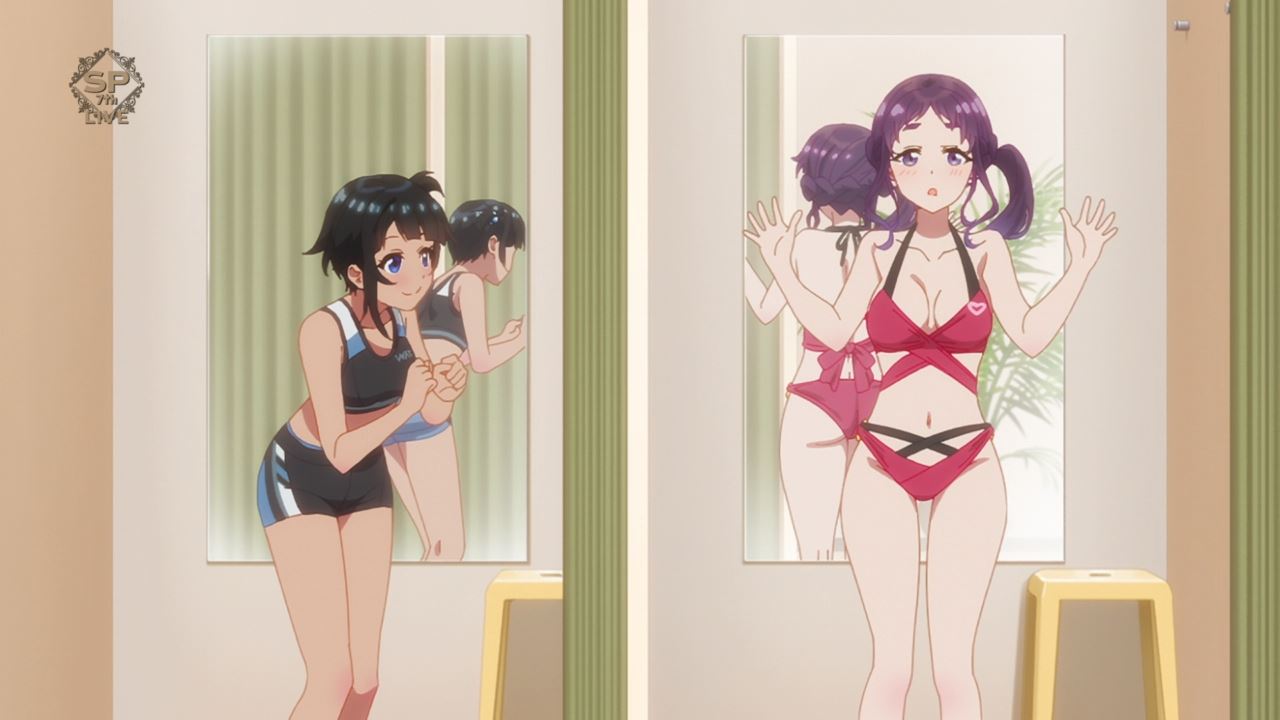 Now let’s start with Splash Soda where the quartet wore some nice swimsuits, although I must say that Nodoka Yagi’s choice of swimwear is quite alluring due to her sexy body. 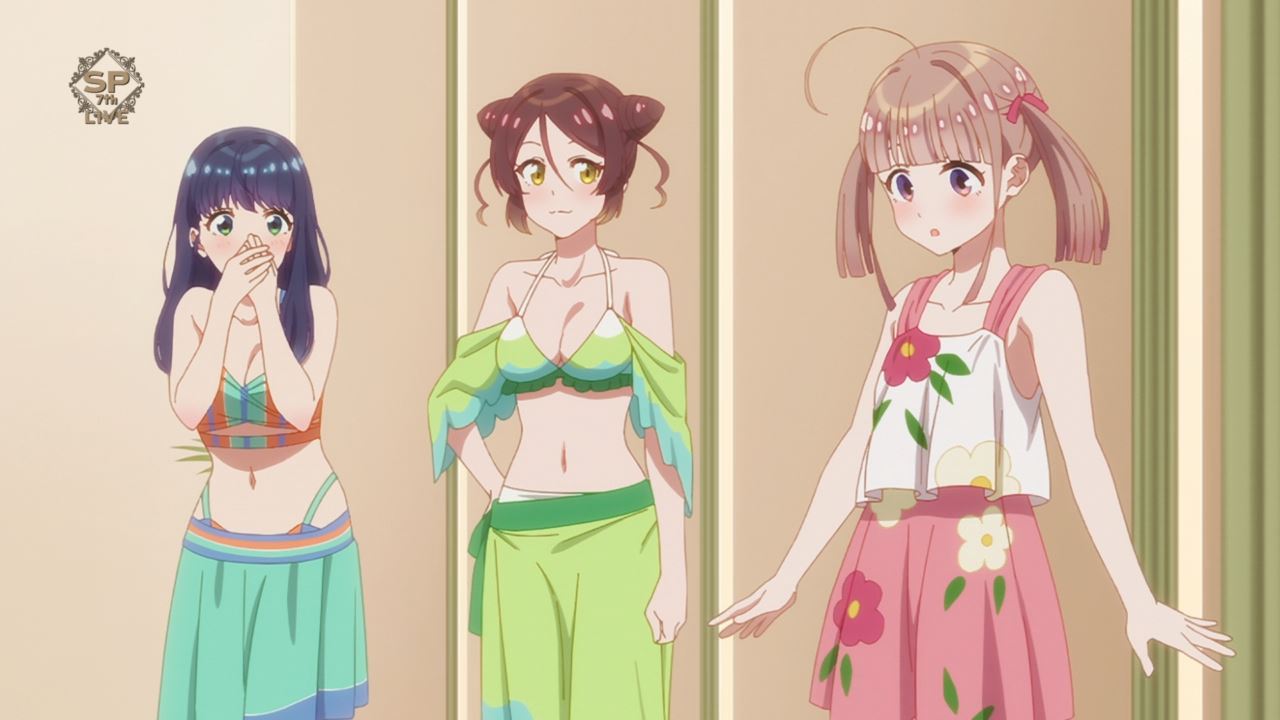 Also, here’s GapsCaps where both Mako Toma and Shiori Yamaga looked stunning in their bikinis. Of course, let’s not forget about Uta Koizumi where despite not having big breasts, she’s still charming in her own way. 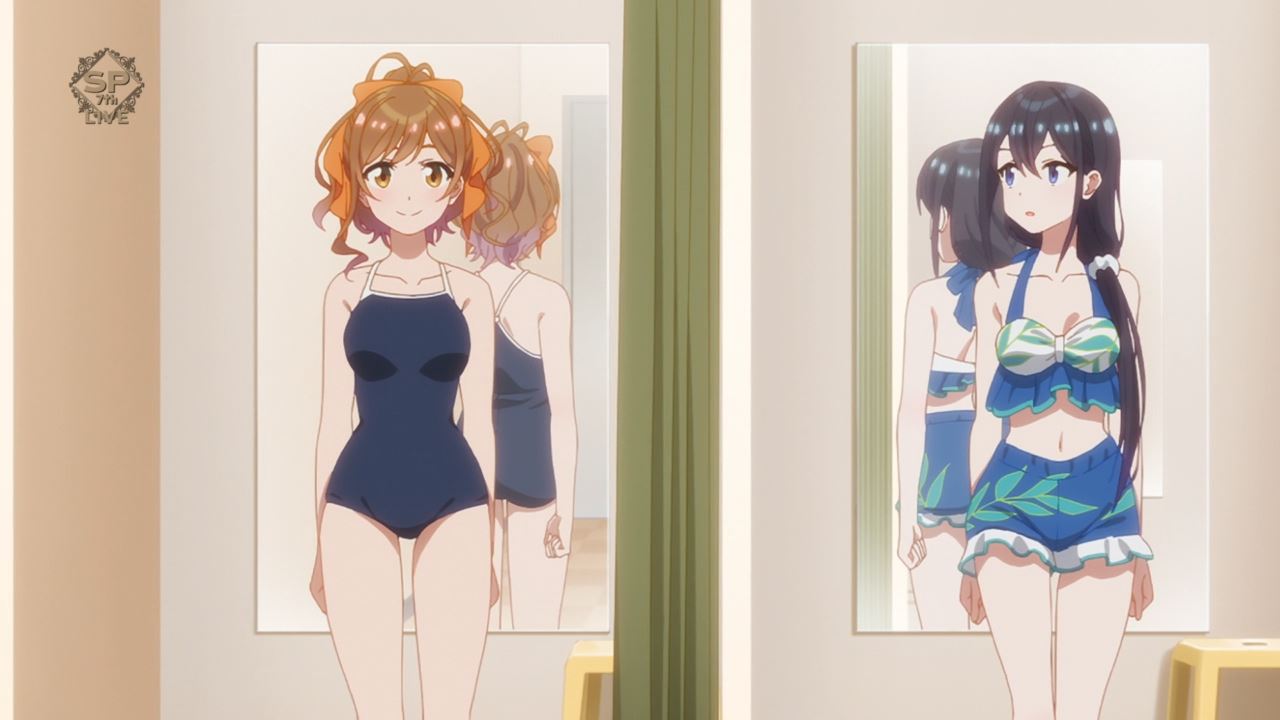 Okay Suzu, are you really shy on letting everyone see your body, or there’s another reason to it? 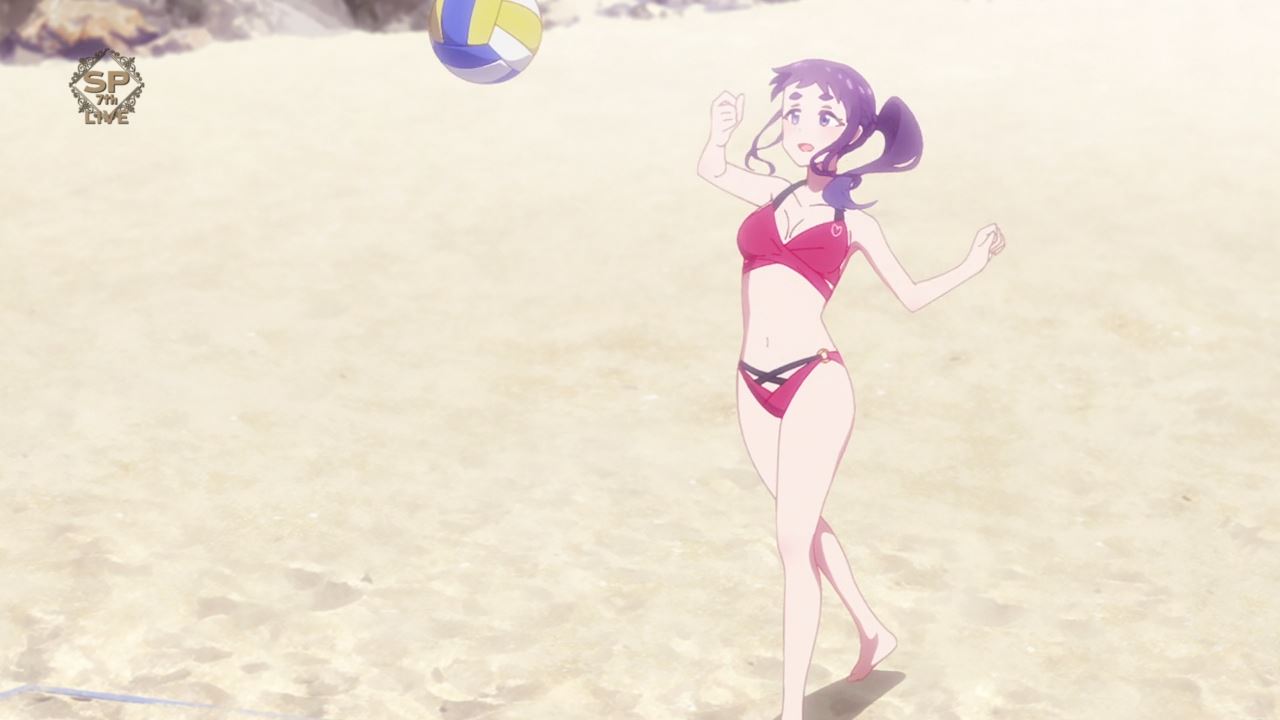 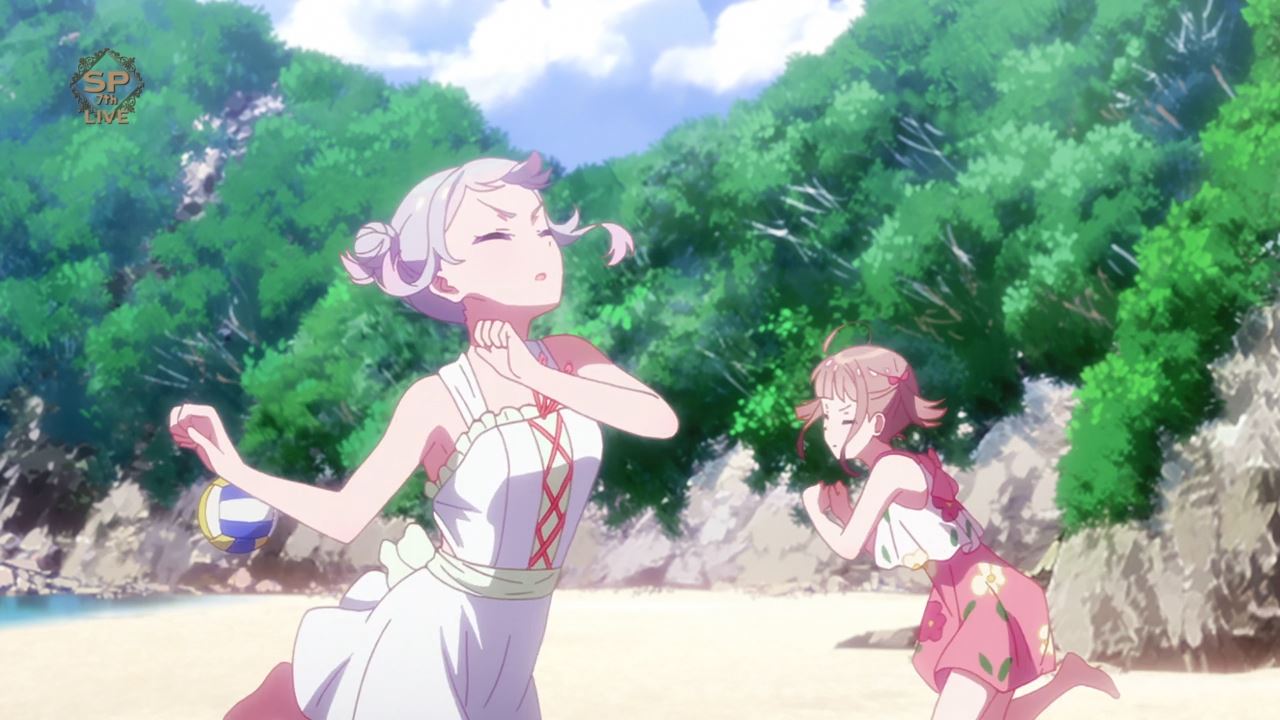 Regardless, most of the participants are playing beach volleyball. Of course, what happened to Suzu-chan where she supposed to join them? 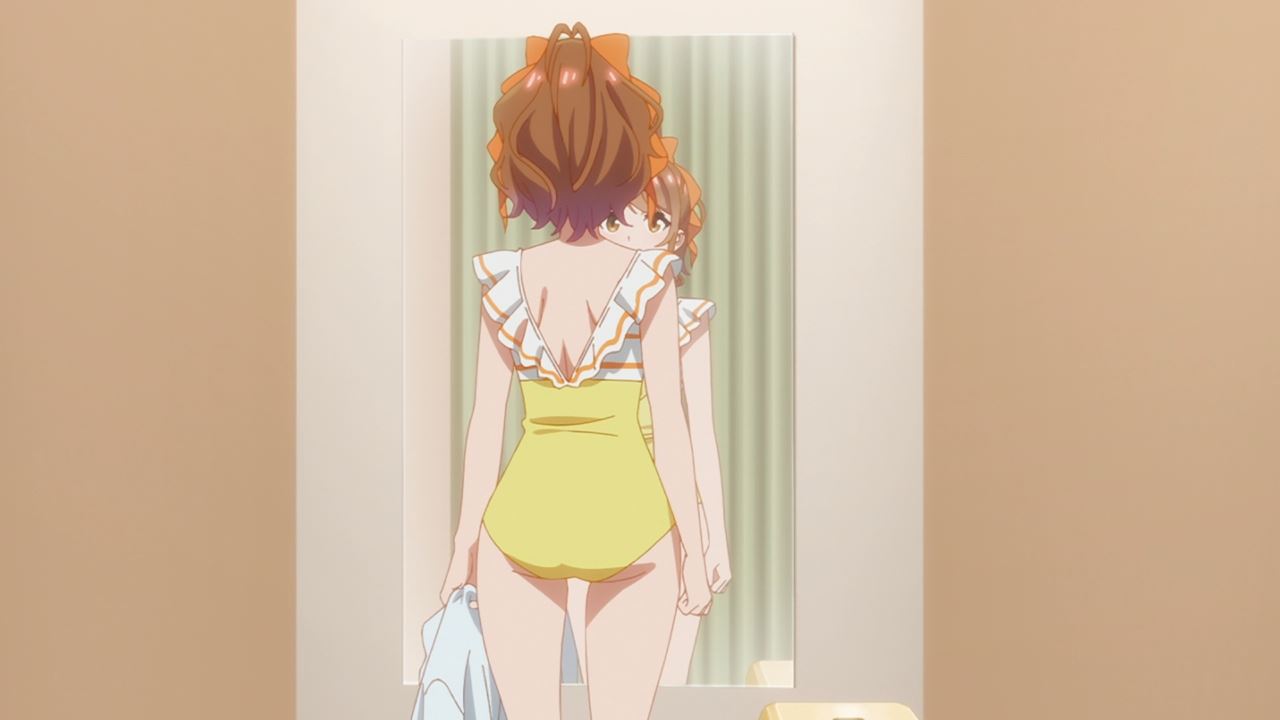 Oh, she’s at the dressing room where Suzune is wearing a decent swimsuit, although it appears that she’s too scared to go outside. 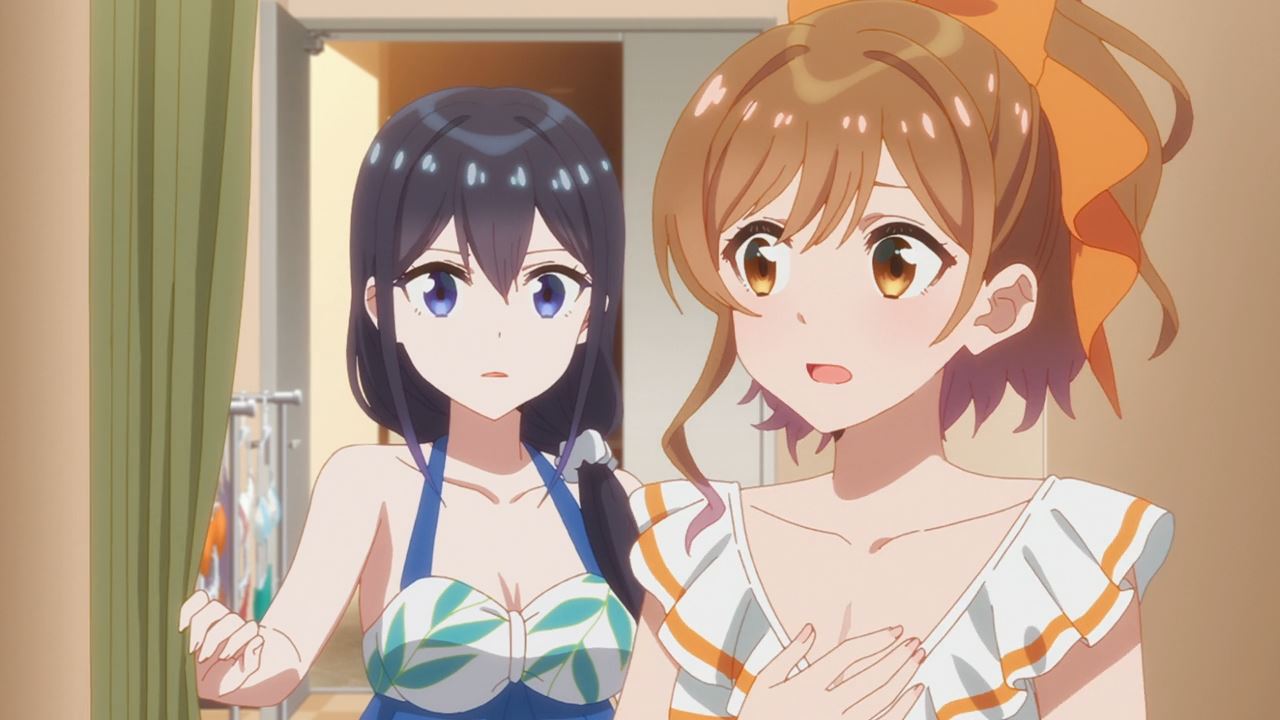 That’s when Rena Hananoi is here to pick Suzu-chan up where Rena noticed a strange mark on her chest. That’s right, it’s a scar where Suzune Miyama got her heart transplant in order to live longer.

Come to think of it, I wonder if Suzune Miyama got her from Akari Amasawa, the first winner of the Selection Project? 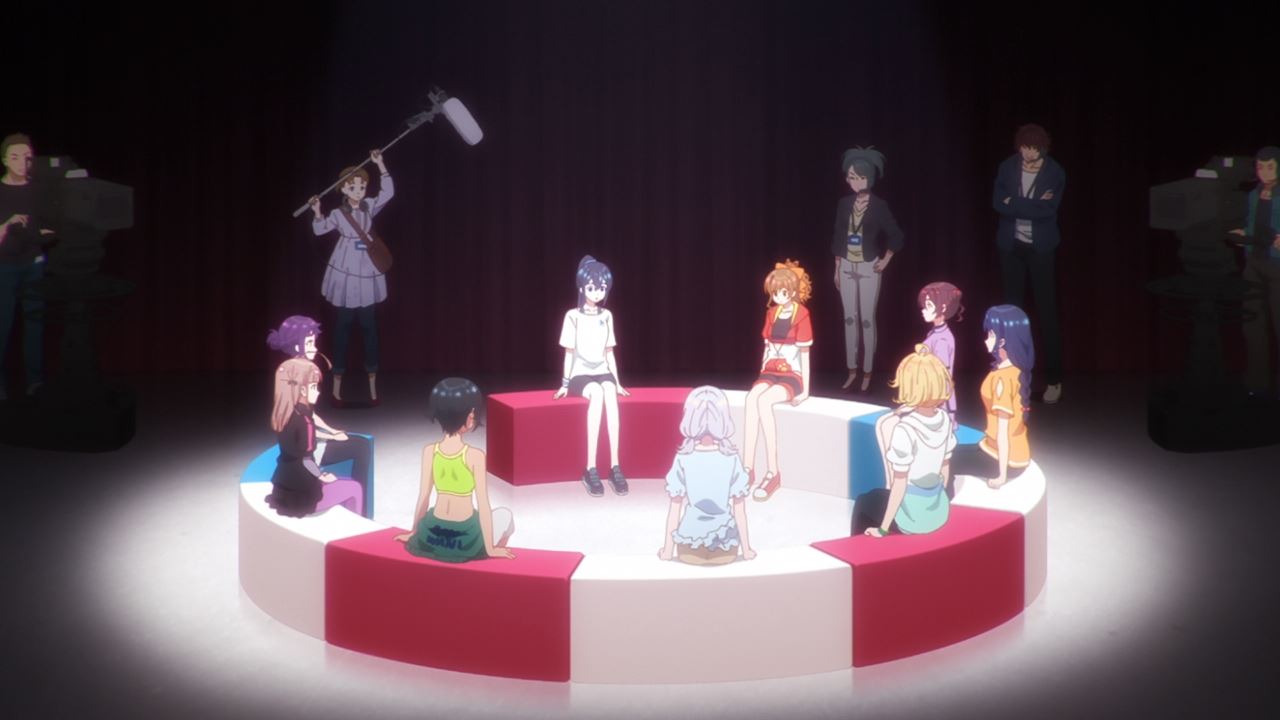 Still, it appears that the likes of Hiromi Hamaguri wants to know why Suzune Miyama can’t participate while wearing a swimsuit.

Thus, everyone hold an open discussion to find out about Suzu-chan, although Rena Hananoi tries to call off the meeting since she already saw Suzu’s secret at the wrong time. 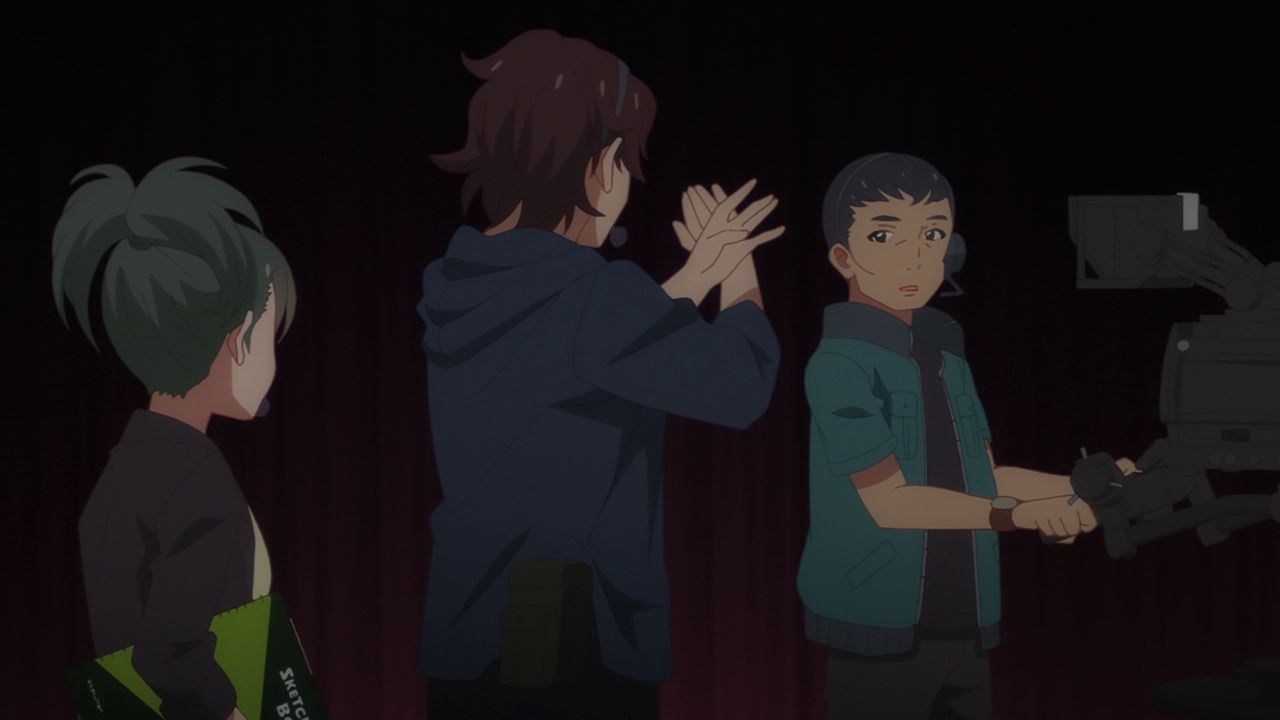 Unfortunately, it appears that Suzu-chan was pressured to revealed her secret, although she requested not to let anyone know outside the TV program as the camera crew accepted her request. 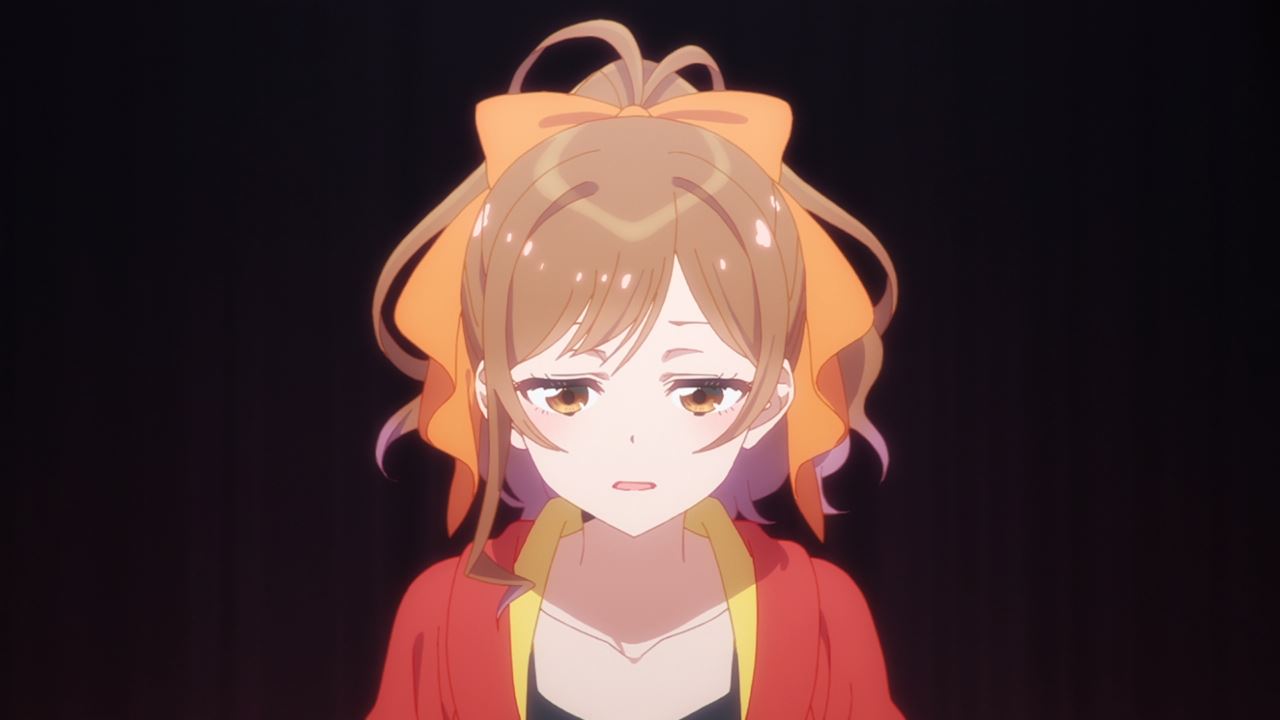 Anyways, Suzune Miyama told everyone about her heart condition and blame herself for being a dead weight to everybody, therefore Suzu-chan doesn’t need any support from her fans.

Honestly, I feel that Suzu-chan shouldn’t think too hard on herself ’cause she managed to make it through the Selection Project finals. Of course, some circumstances such as Seira Kurusu dropping out got her a bit lucky. 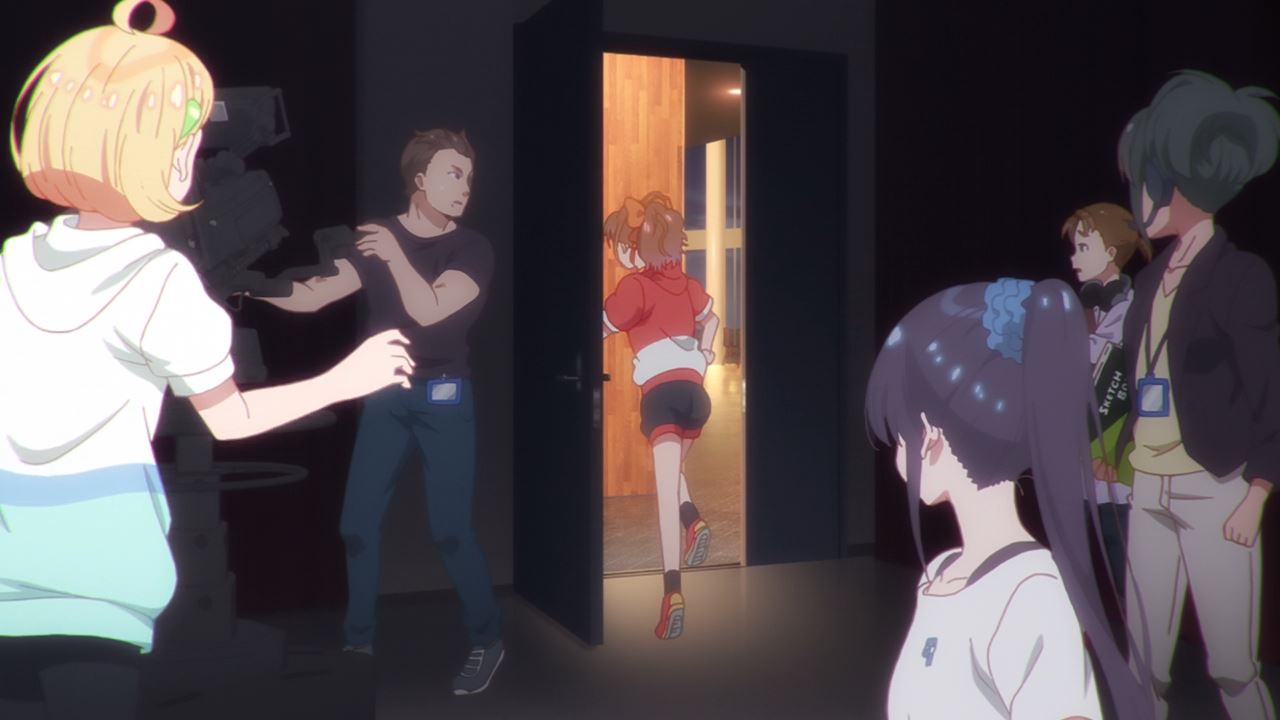 In any case, Suzu-chan runs away as she thinks that it’s all her fault for being a nuisance, yet everyone didn’t think of it that way upon learning her secret.

Of course, I’m worried about her health as Suzu’s heart might not take it. 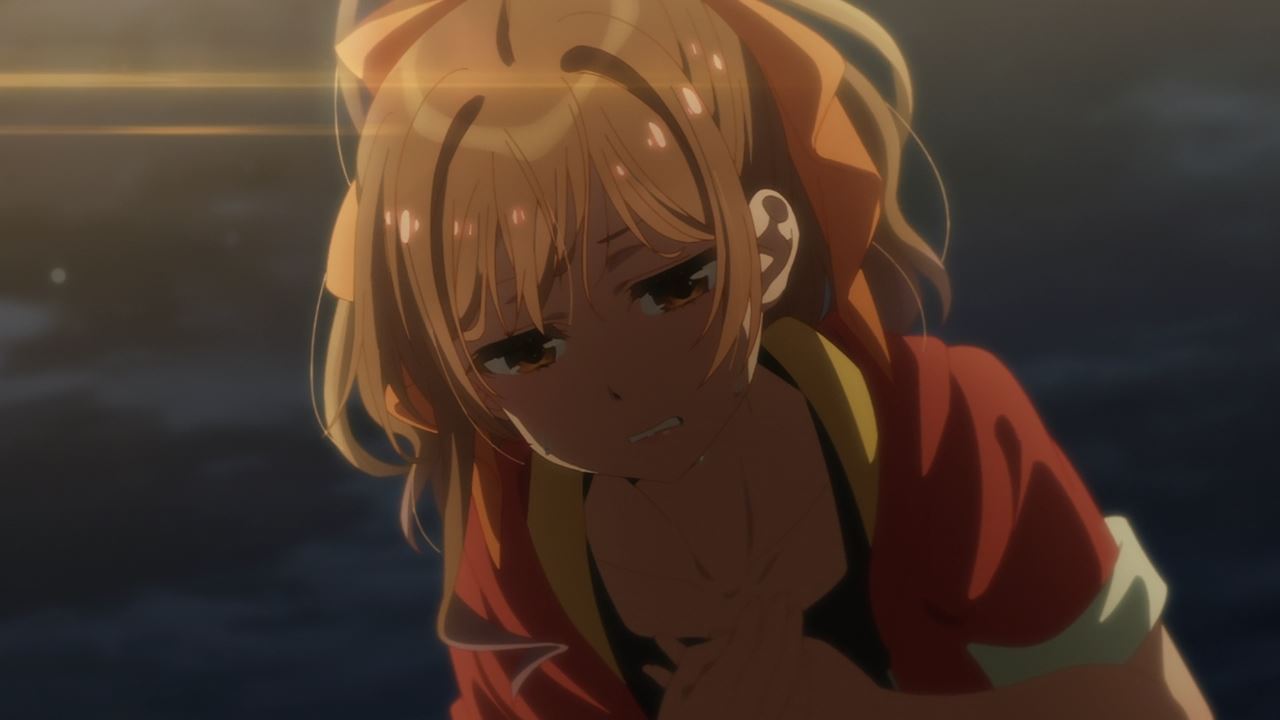 And it happened at the worst-case scenario when Suzu’s heart is aching badly. Man, I don’t want her to die like this!

Anyways, I’ll see you next time where I’m hoping that Suzune Miyama will bounce back rather than being depressed all the time.