Tsuki to Laika to Nosferatu Episode #06

Posted on November 8, 2021 by benigmatica 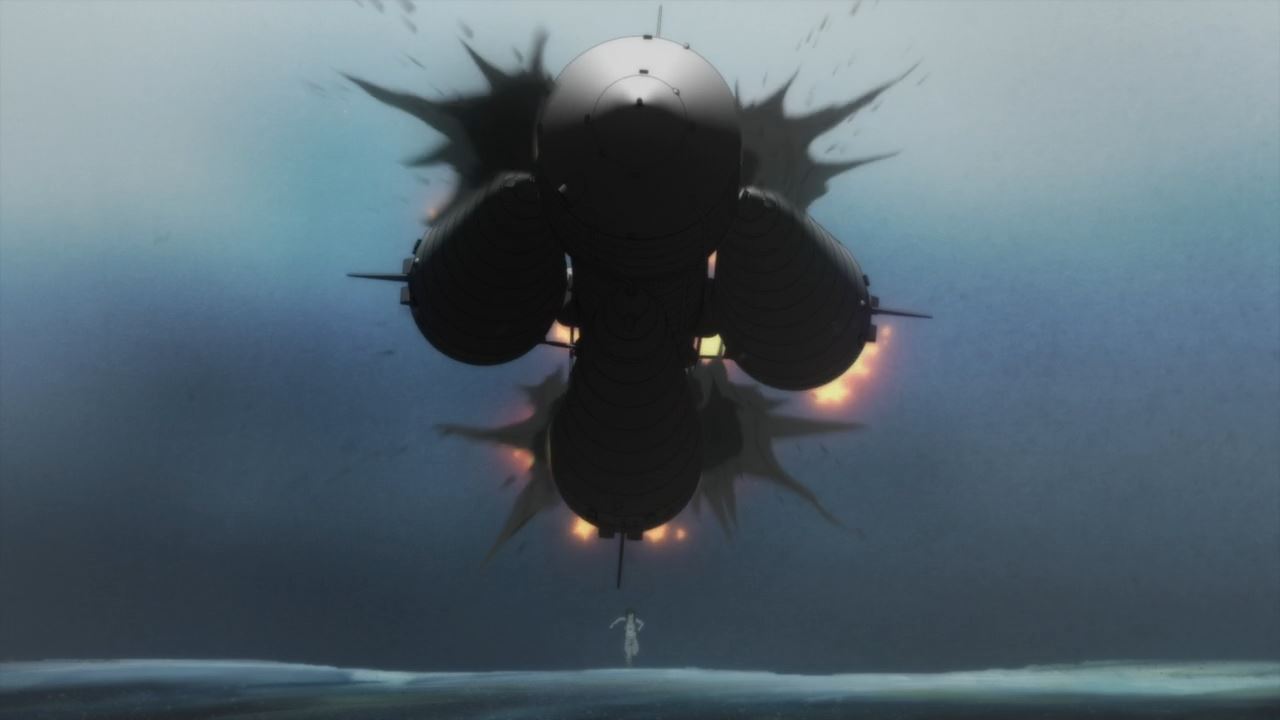 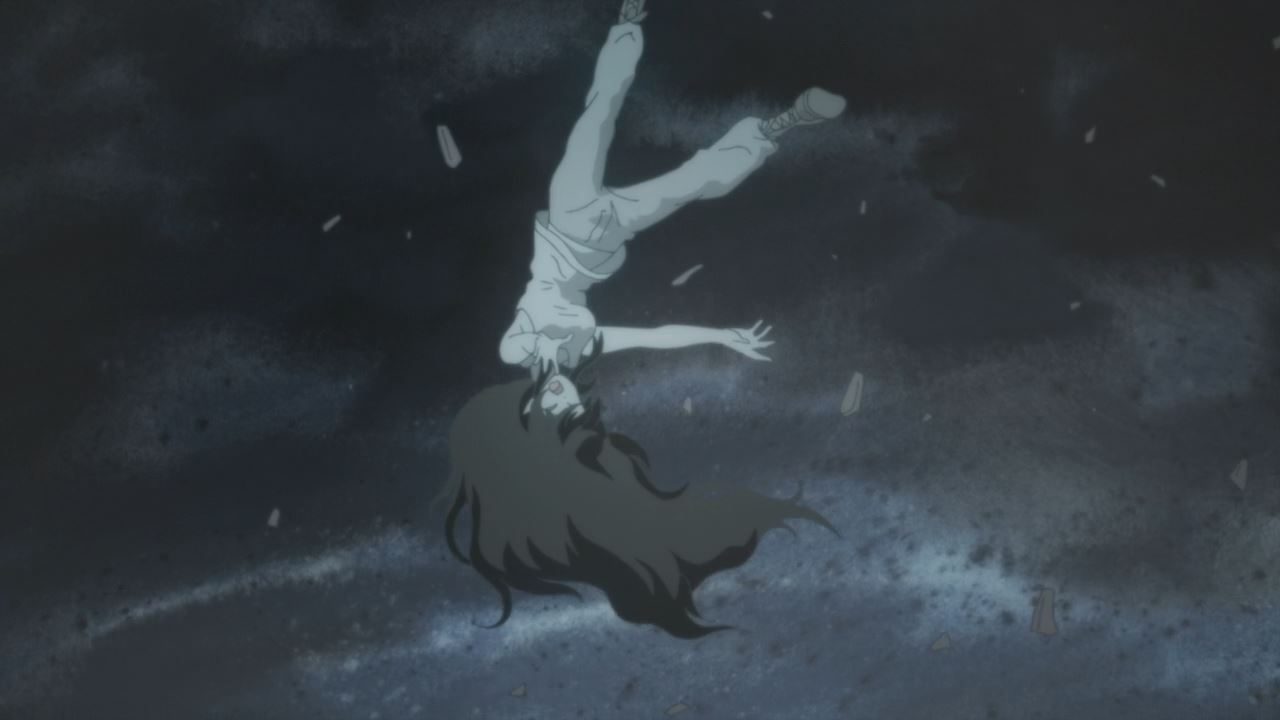 Let’s start this episode with a terrible nightmare from Irina Luminesk where she fears that her rocket ship might explode at any minute. 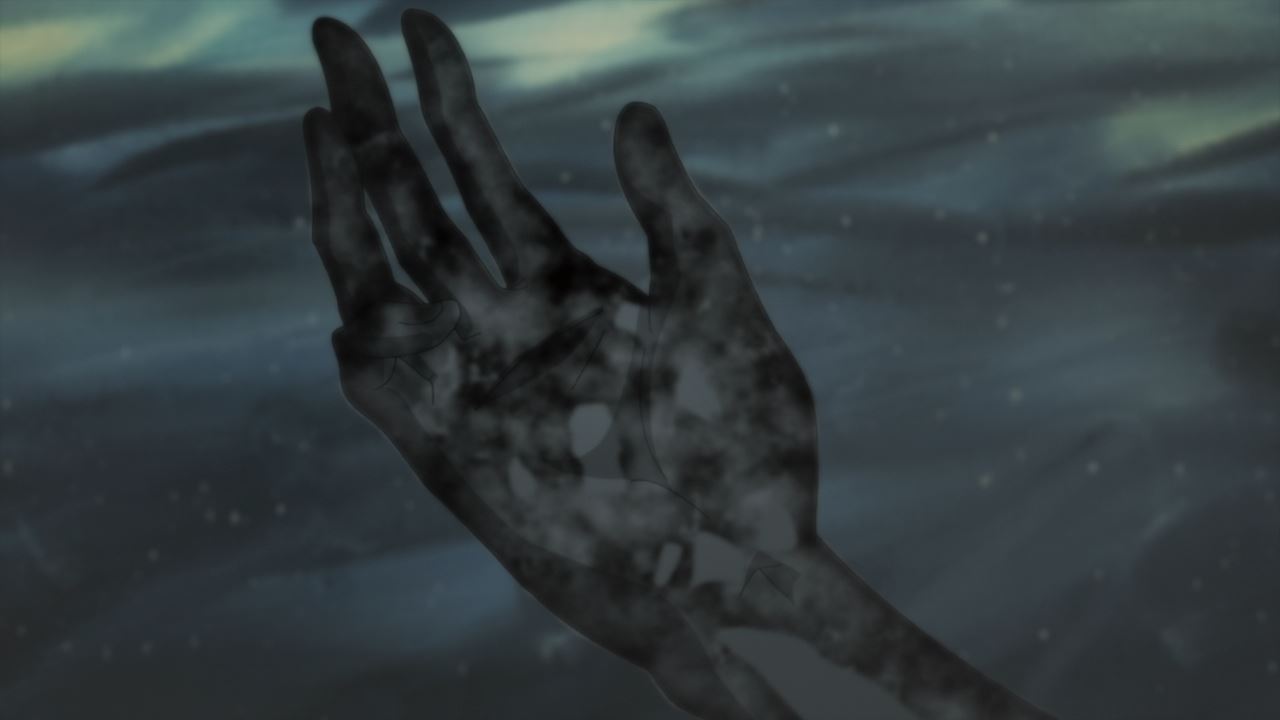 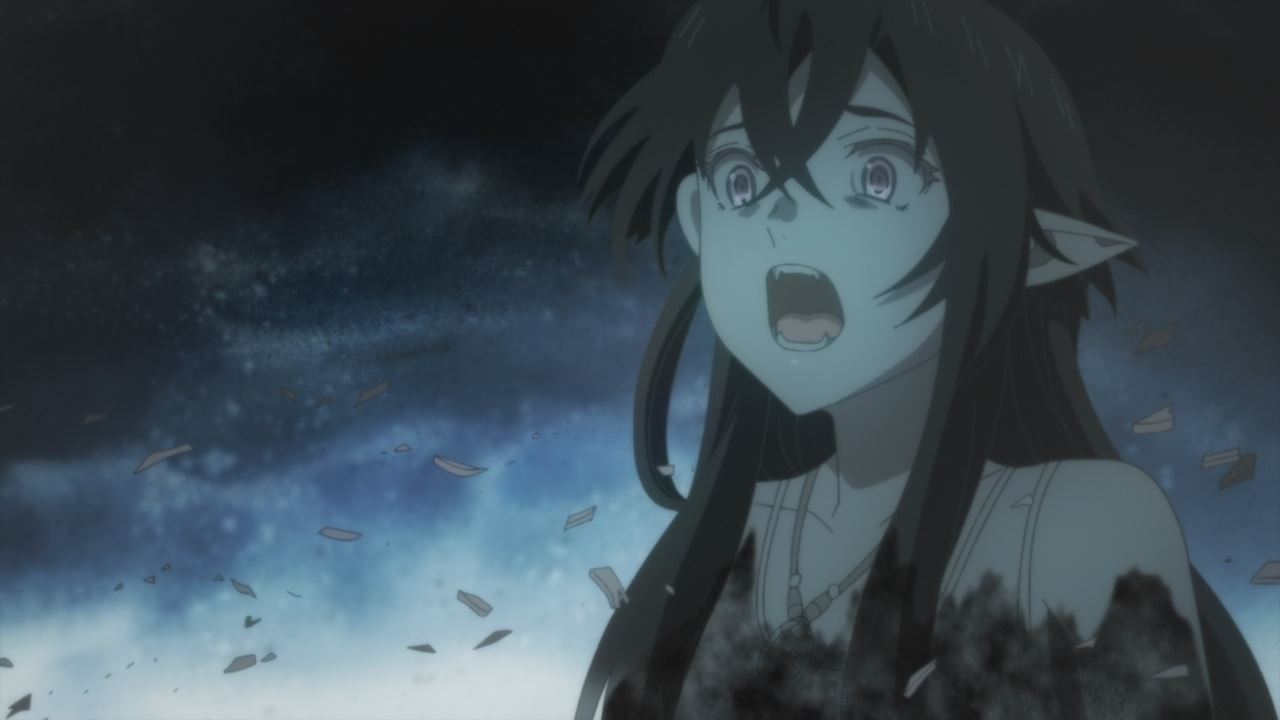 And to make it worse, Irina’s body might turn to dust much like those dogs where they’re used as failed test subject. Honestly, Irina is scared of going to the moon. 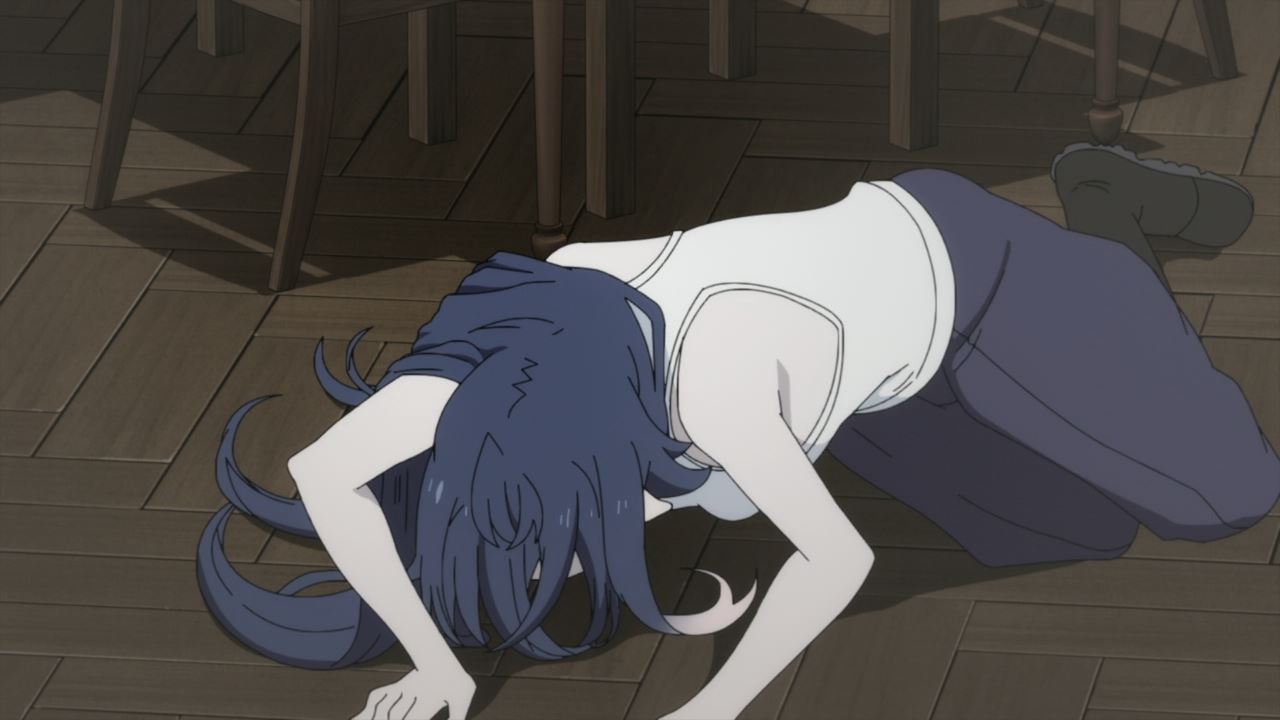 Anyways, it looks like Irina’s nightmare has affected her body as the vampire collapsed due to stress.

This is bad as Irina might not be fit for going into space, although the Federal Republic of Zirnitra doesn’t care about her well-being given that Irina is not human. 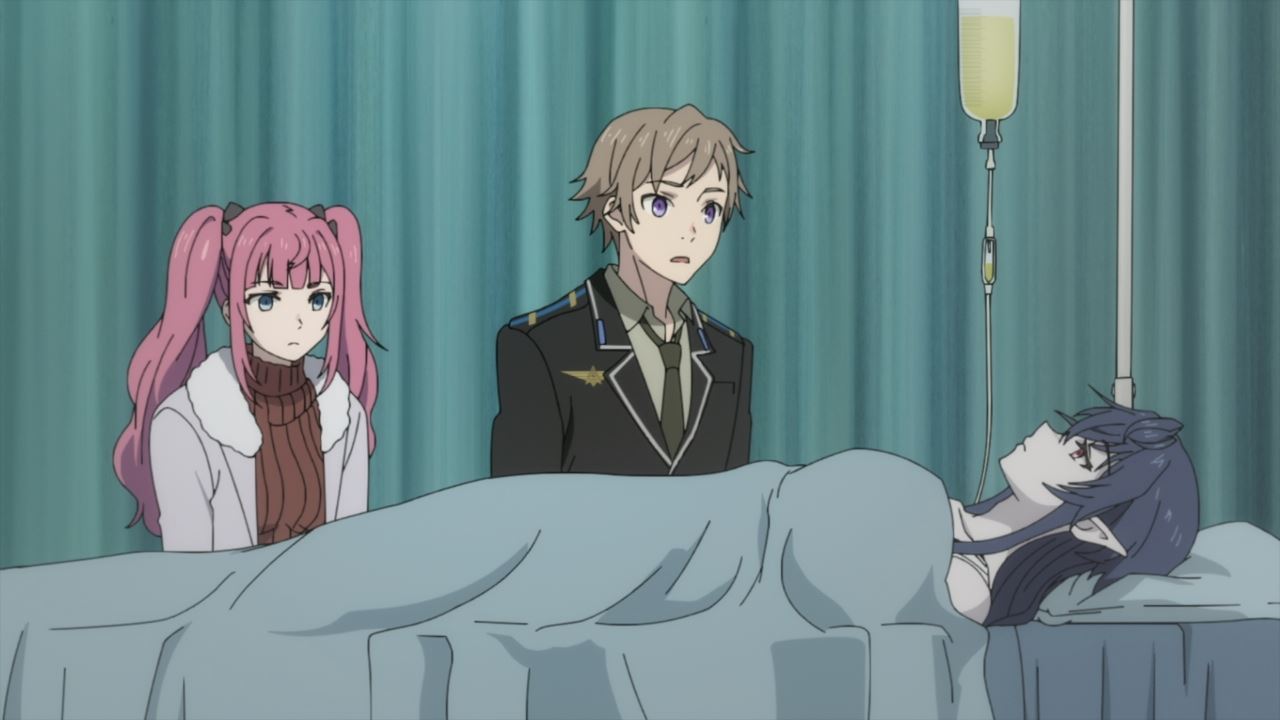 Anyways, both Anya Simonyan and Lev Leps are worried that she might not continue her training due to her failing health. Oh, and human medicine won’t work on Irina so what will they do? 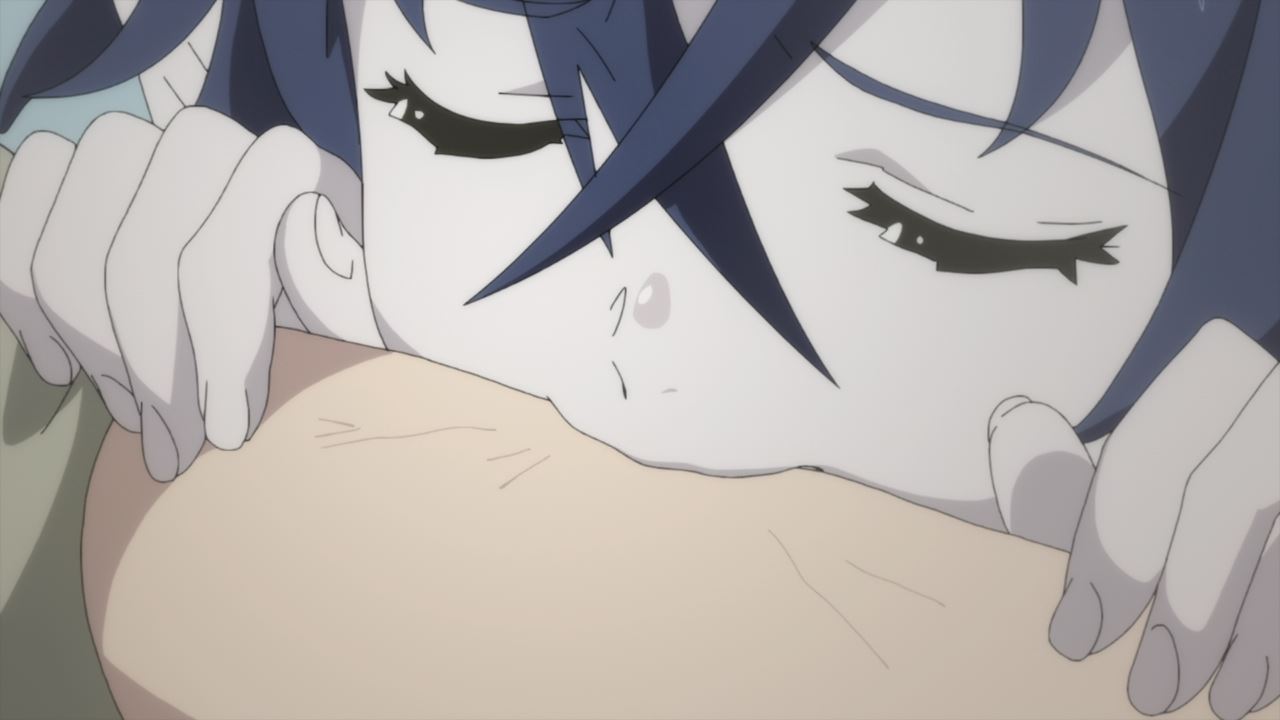 Well, the only way to regain Irina’s strength is to let the vampire drink human blood. Sure that she doesn’t like it, but it’s the only way! 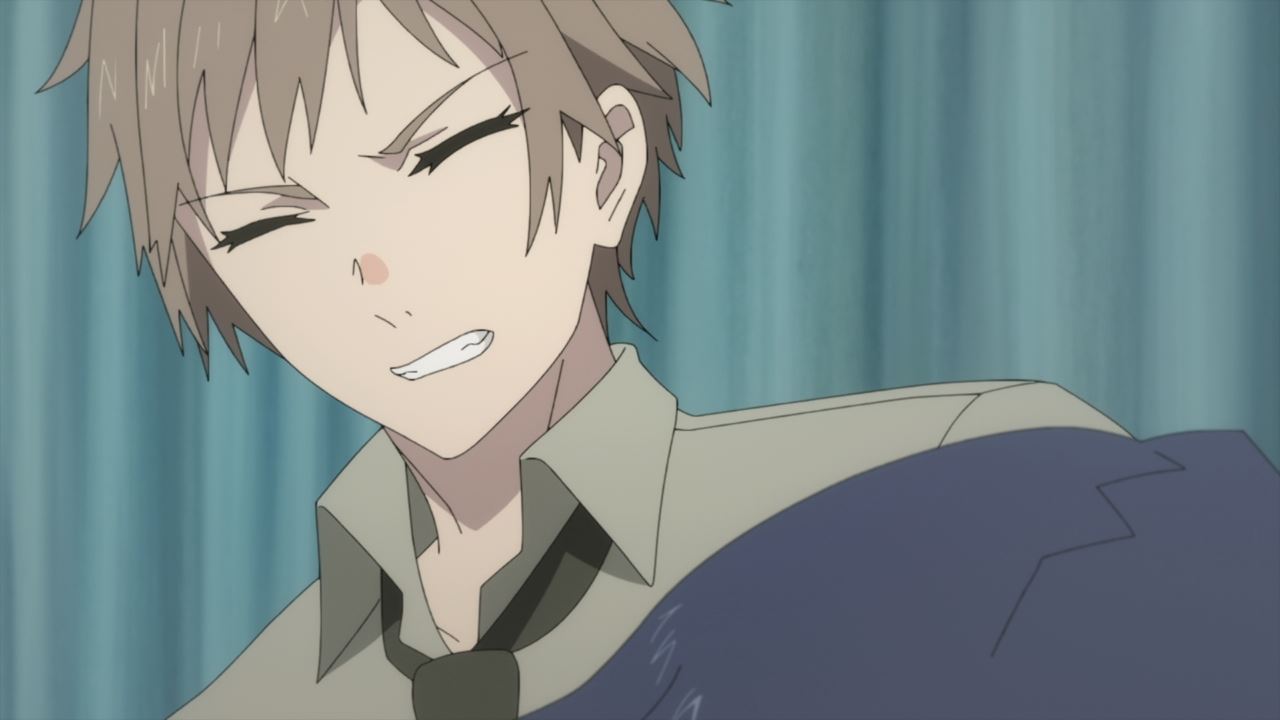 And here’s Lev Leps where he’s enduring the pain. C’mon, he’s doing it so that Irina’s health returned to tip-top shape. 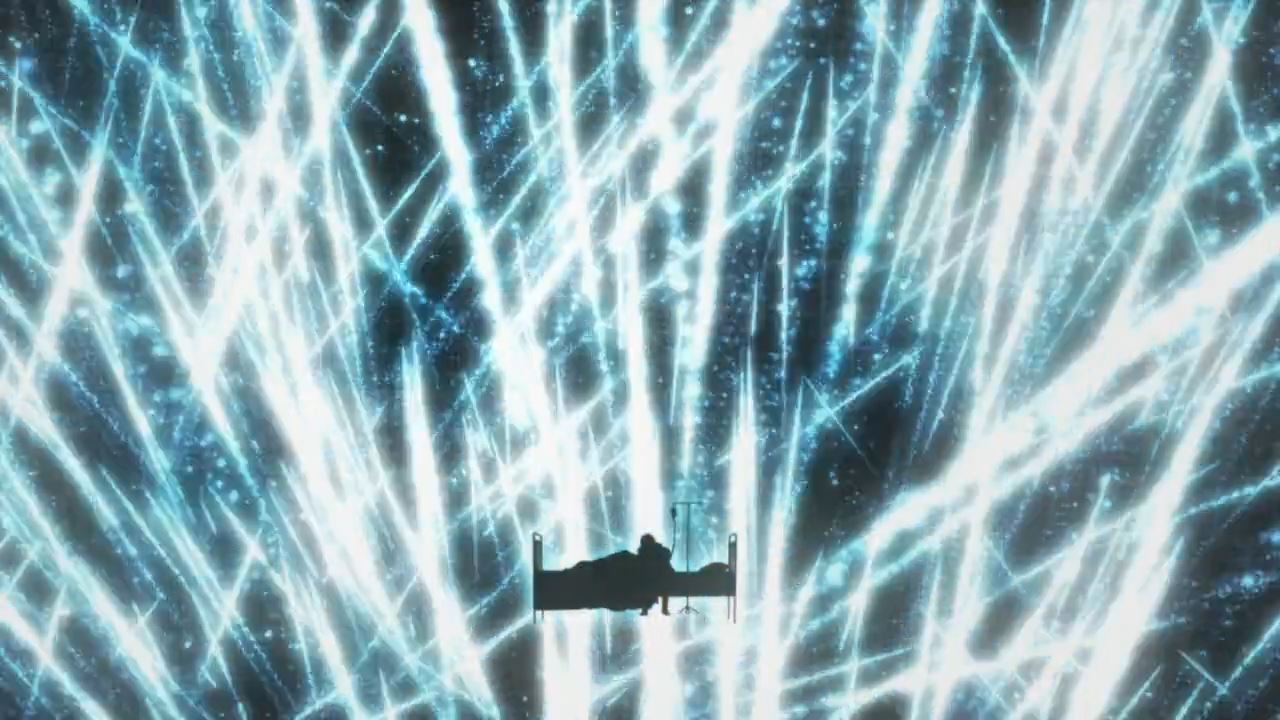 Anyways, enjoy the fireworks Lev offers his blood to Irina. Of course, the only thing that worries me is Zirnitra’s space program as it’s having some difficulties on sending Irina Luminesk into space. 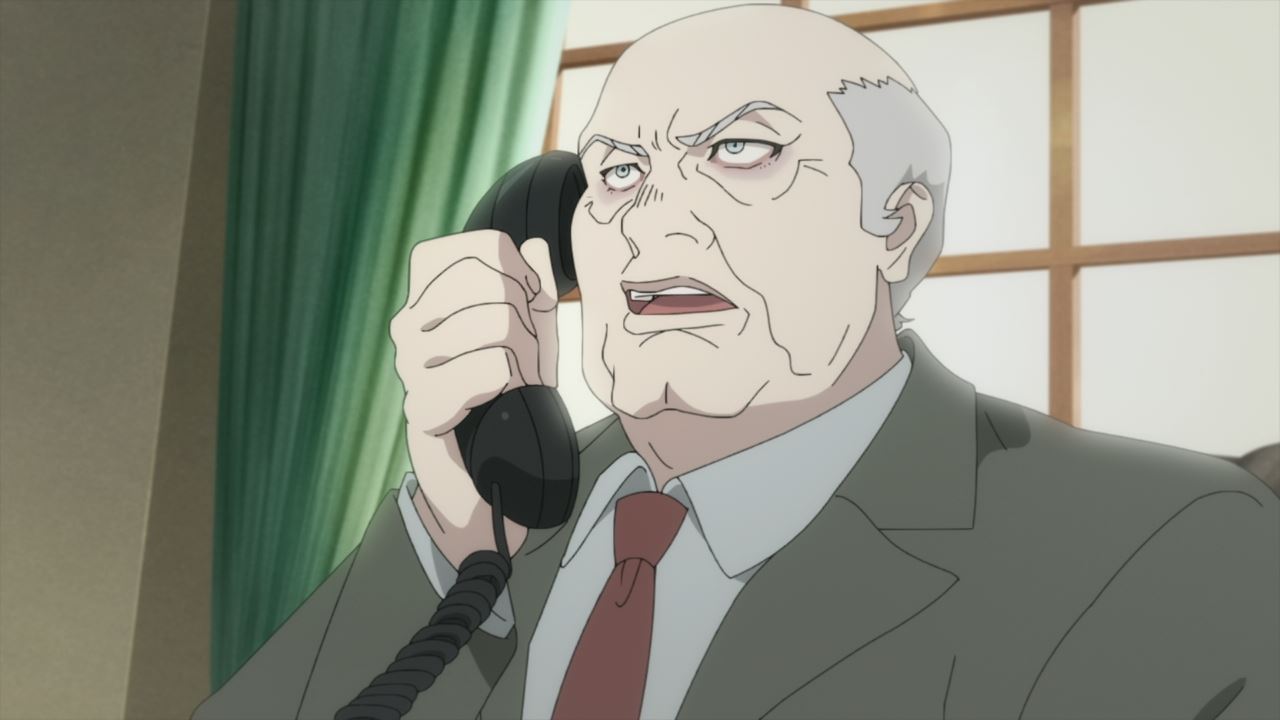 And the pressure is on as Premier Fyodor Gergiev wants no delays nor compromises on sending a human (or a vampire) to space. Oh yeah, and the space pod will be outfitted with explosives regardless on whether it drifted towards enemy lines or not.

Honestly, the manned space program is pretty much doomed if the Federal Republic of Zirnitra is focused on beating the United Kingdom of Arnack in the space race, throwing every safety in order to achieve a desirable result. 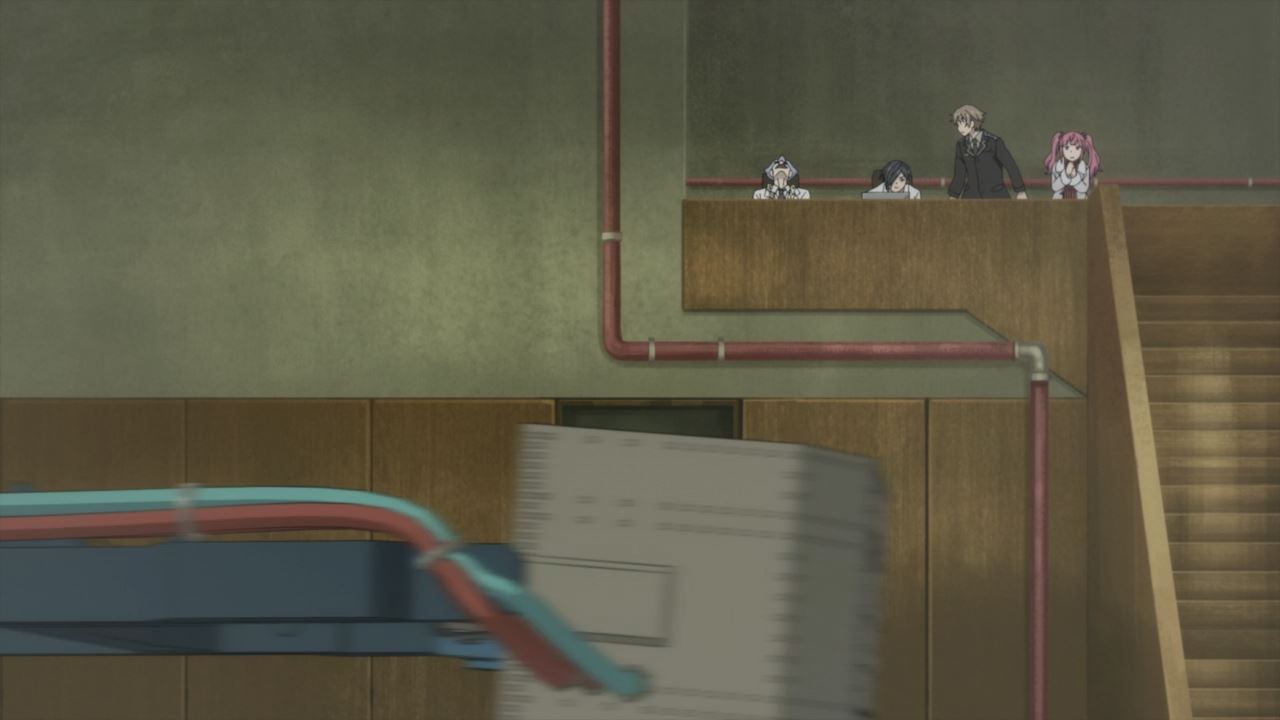 And speaking of safeties, looks like the centrifuge is broken that it couldn’t be stopped. I bet that some Arnack spies managed to sabotage the centrifuge. 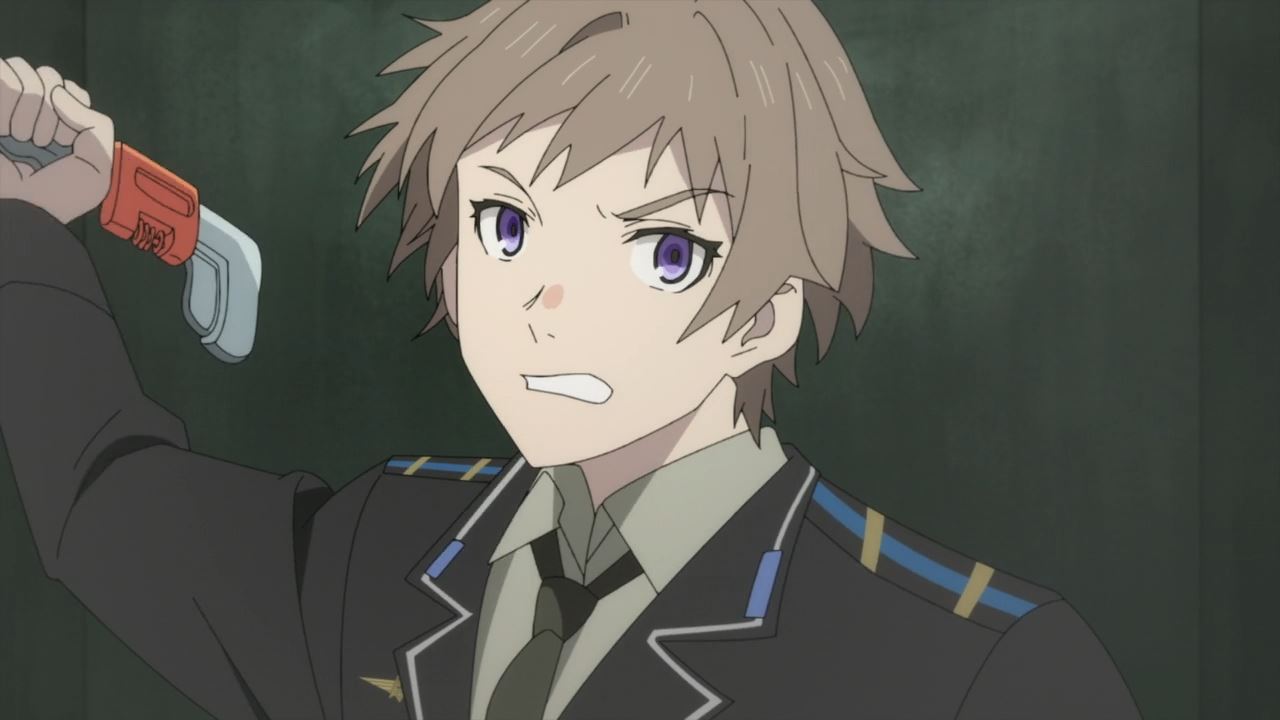 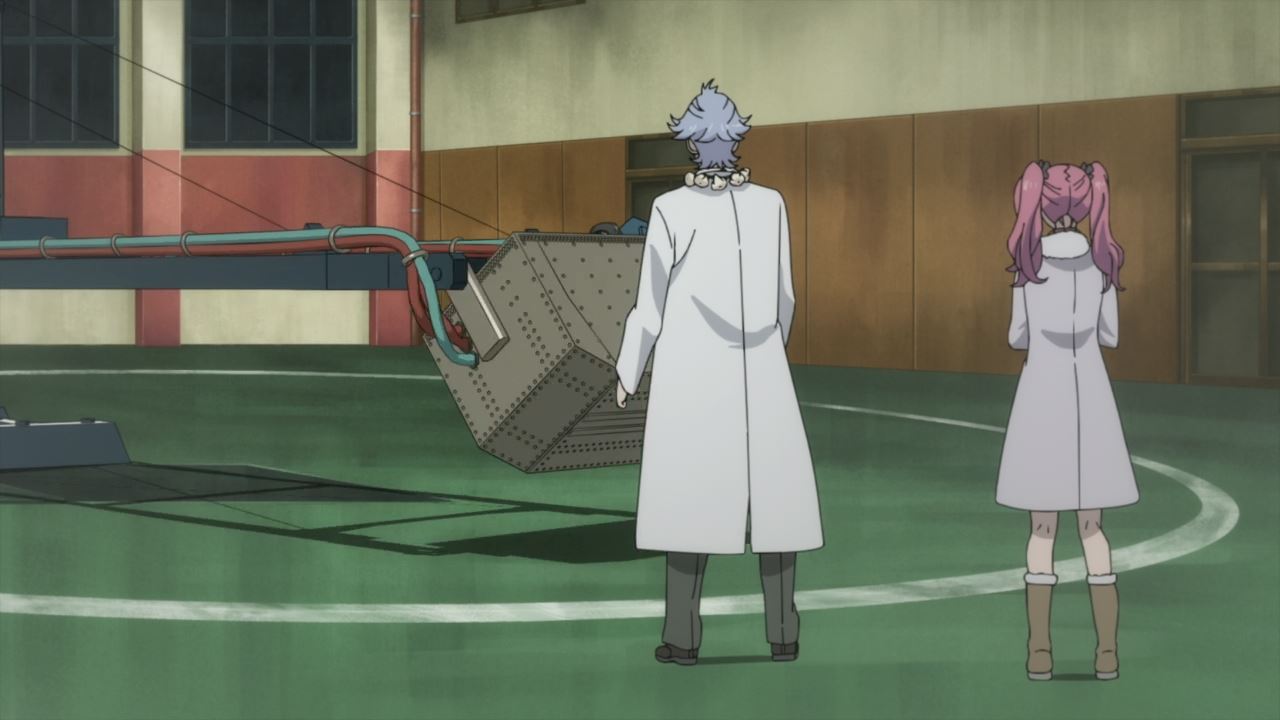 Anyways, Lev Leps came to the rescue where he wreck the centrifuge with a spanner. That will stop the machine from getting out of control. With that said, Irina Luminesk is rescued. 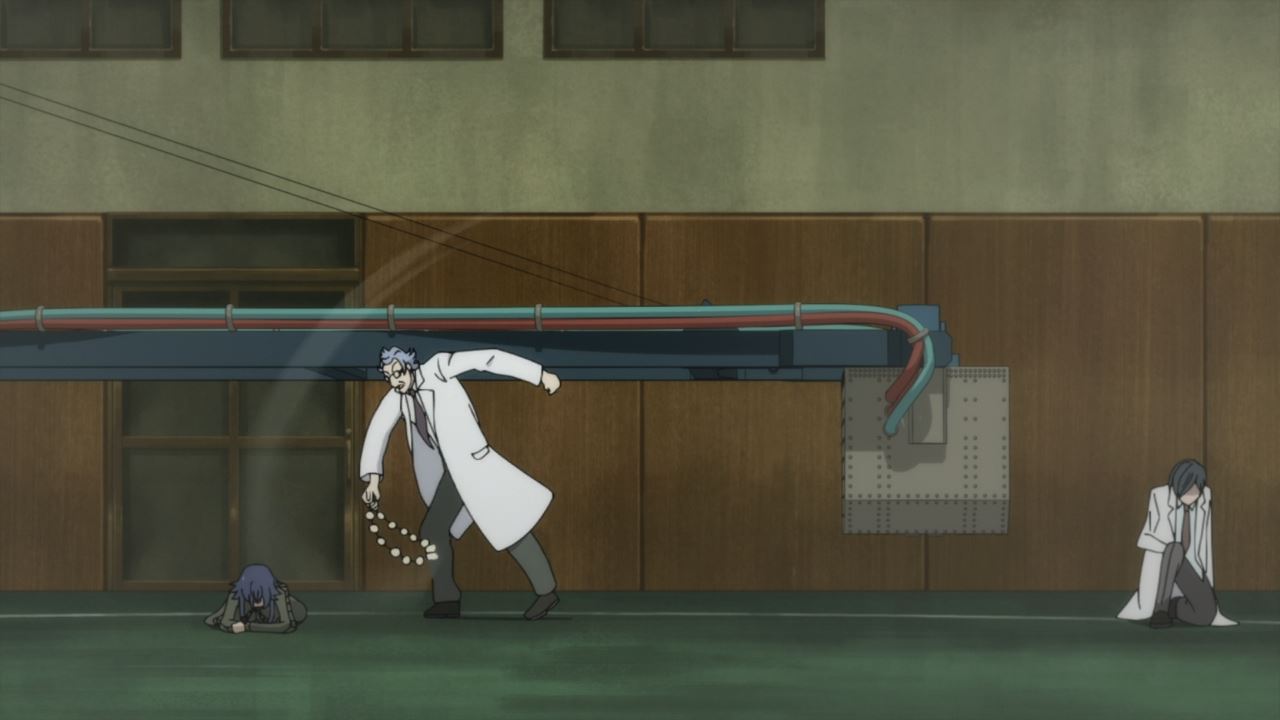 Then again, Vice-Director Sagalevich is not happy that the vampire is still alive as he smacks Irina with a garlic necklace. This is pathetic if you ask me as garlic doesn’t work on vampires.

Still, the vice-director has gone too far on treating Irina like some prisoner. If the federal republic is so desperate on putting a man into space, why not send some prisoners of war rather than taking an innocent vampire. 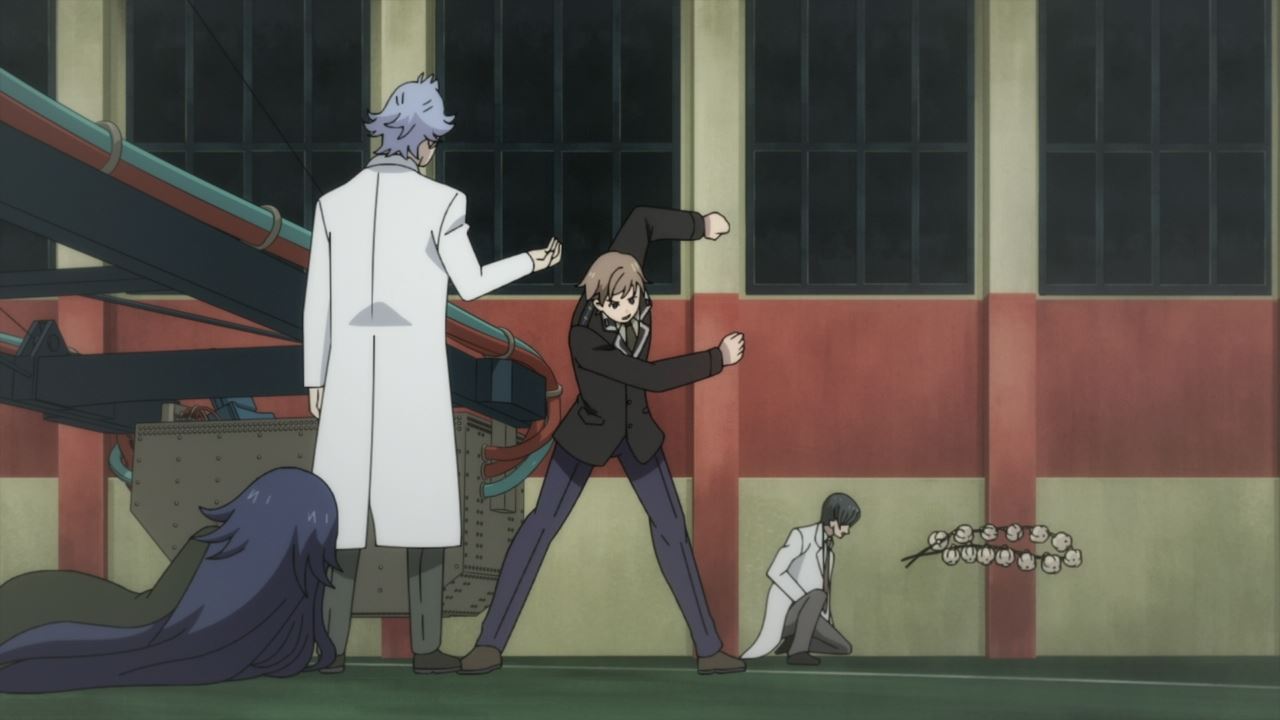 Anyways, Lev Leps had enough of this as he raised his hand against Vice-Director Sagalevich by smacking the garlic necklace away from him. Well, this is the second time that he got into trouble when dealing against a superior. 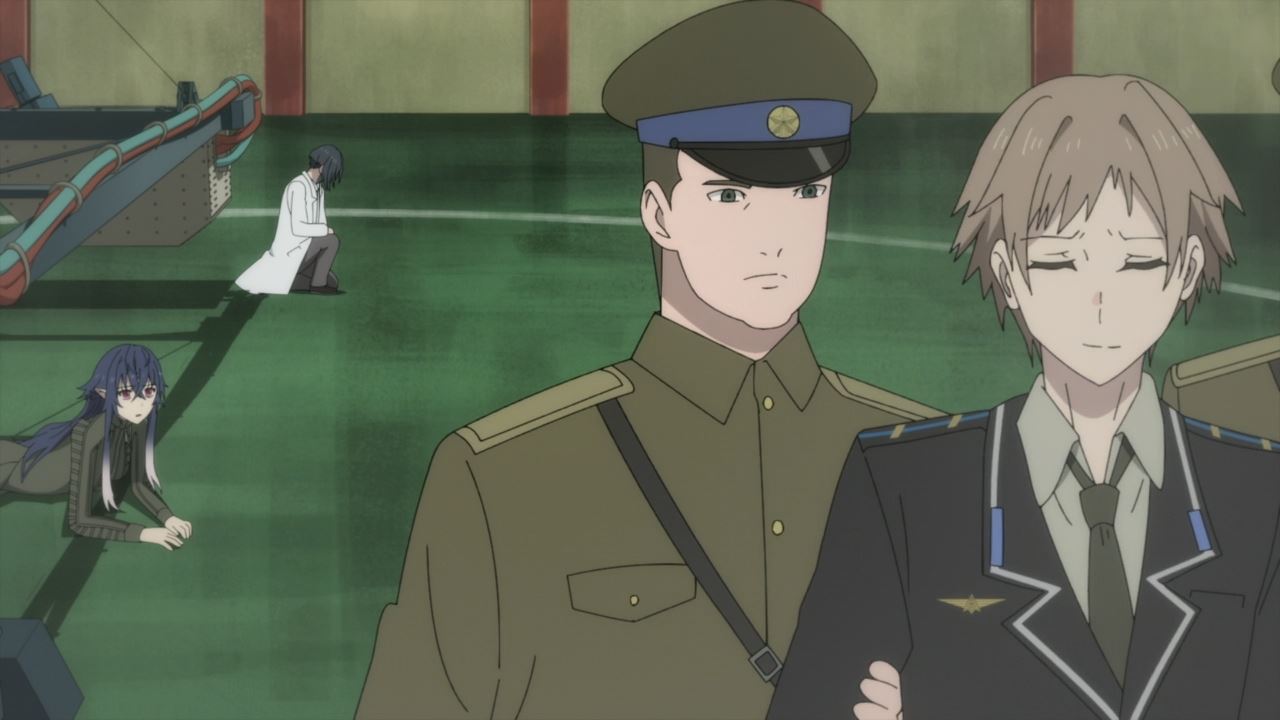 And so, Lev is detained by the secret police where I’m sure that he’ll be purged soon enough. But given that he offered his blood to Irina earlier, I bet that Lev might become a vampire in the future… unless it turned out to be false.

But that’s about it for this episode as the launch day is fast approaching. Will Irina Luminesk survive or become like one of those experimental dogs that died when mankind tries to conquer space? We’ll never know for sure.