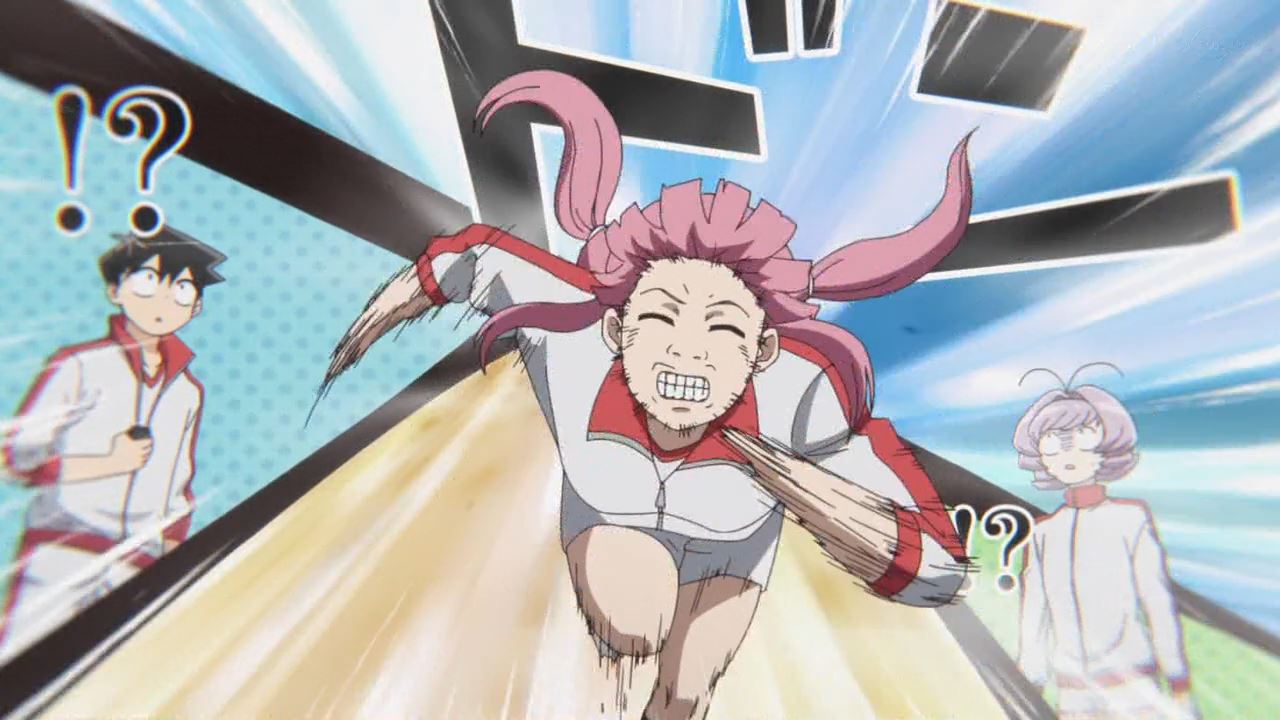 This is Makeru Yadano where she wants to beat Shouko Komi in everything, although I have to say that she looks ridiculous during the physical exams. 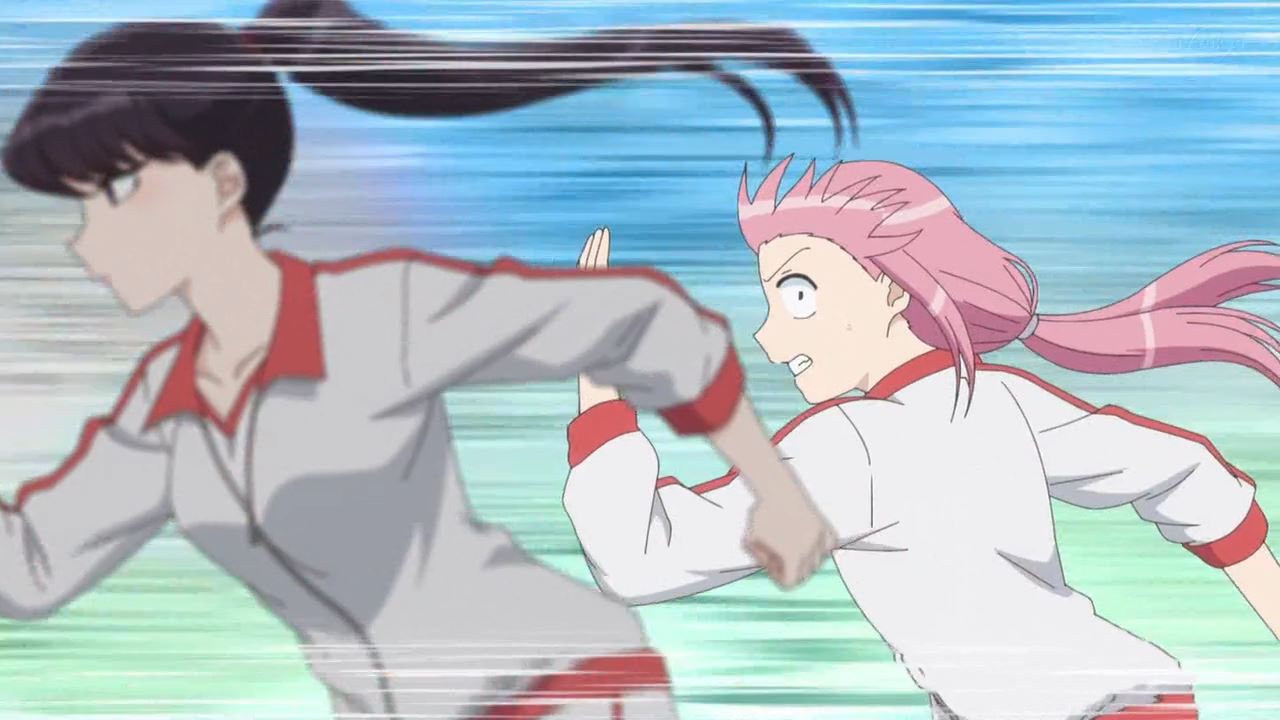 But here’s Komi-san where she beats Yadano effortlessly. I mean, it’s no contest right there as she finished the 100 meter dash in just 6.89 seconds. 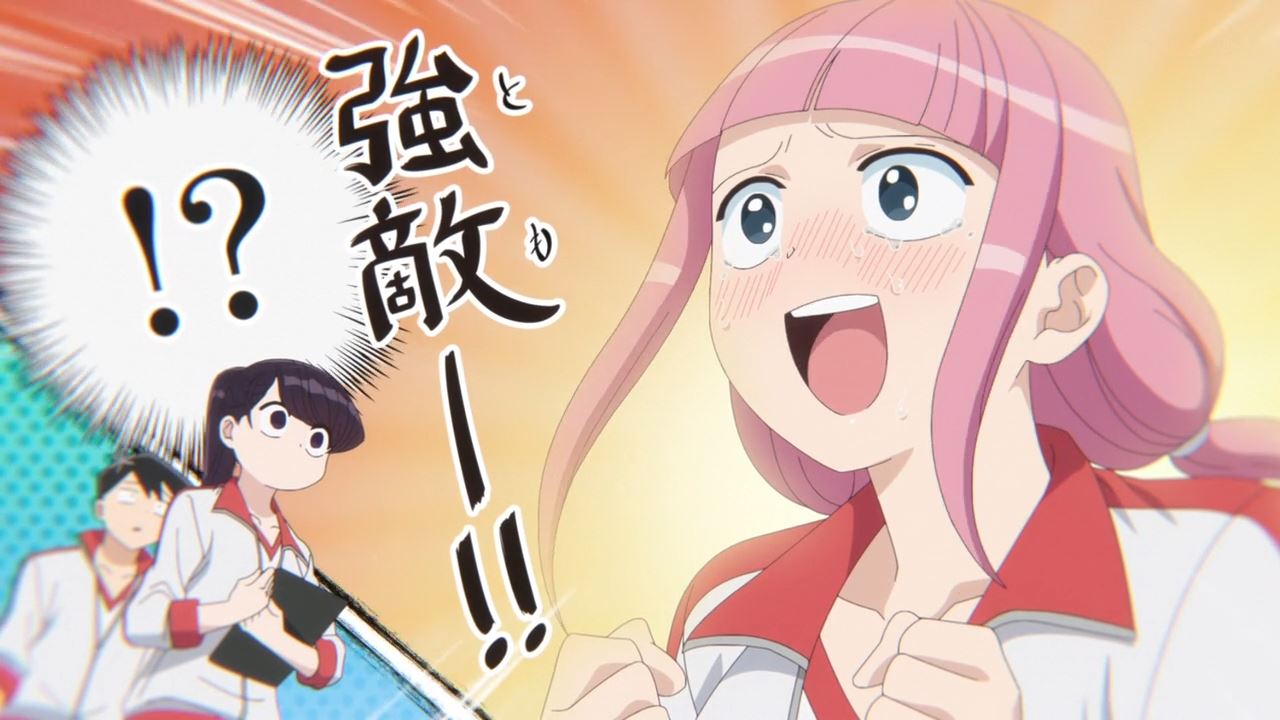 Of course, Yadano-san doesn’t give up as she’ll continue her rivalry with Komi-san even though Shouko doesn’t know much about it. 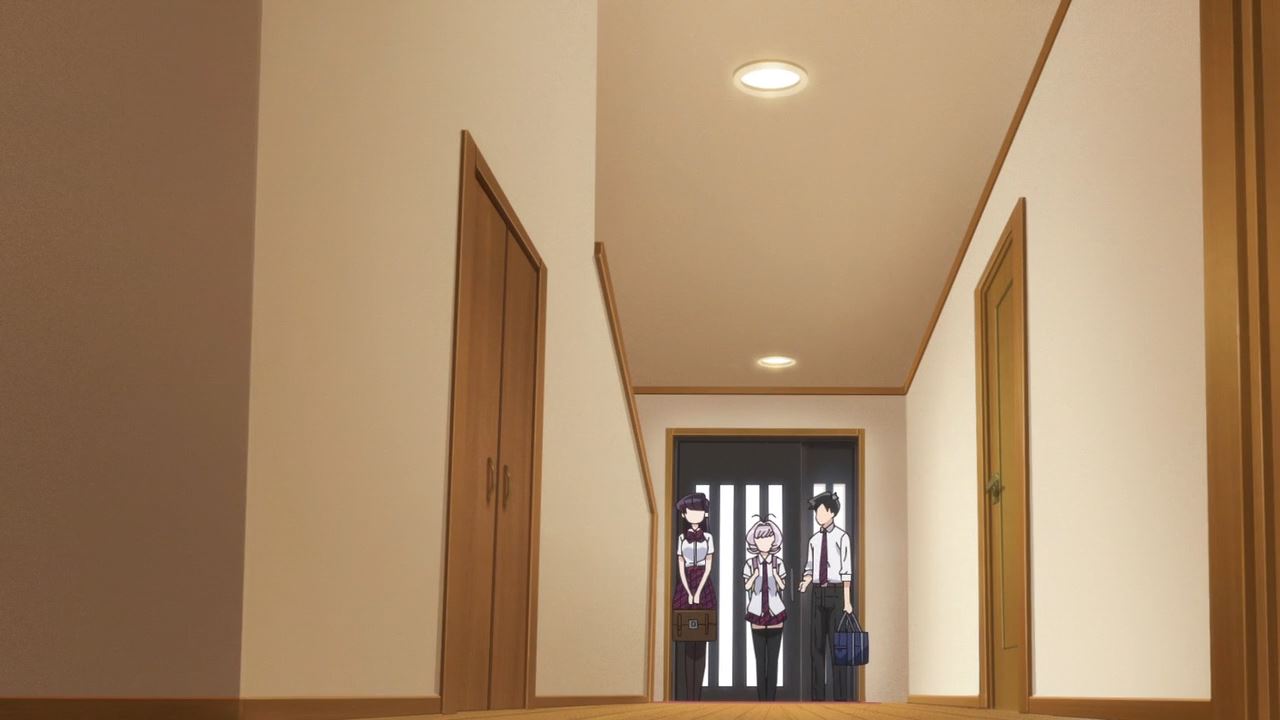 Now then, it’s time for Najimi Osana and Hitohito Tadano to visit the Komi residence where they’re excited to meet Shouko’s family.

Then again, I’m worried that everyone has communication problems much like Shouko Komi. 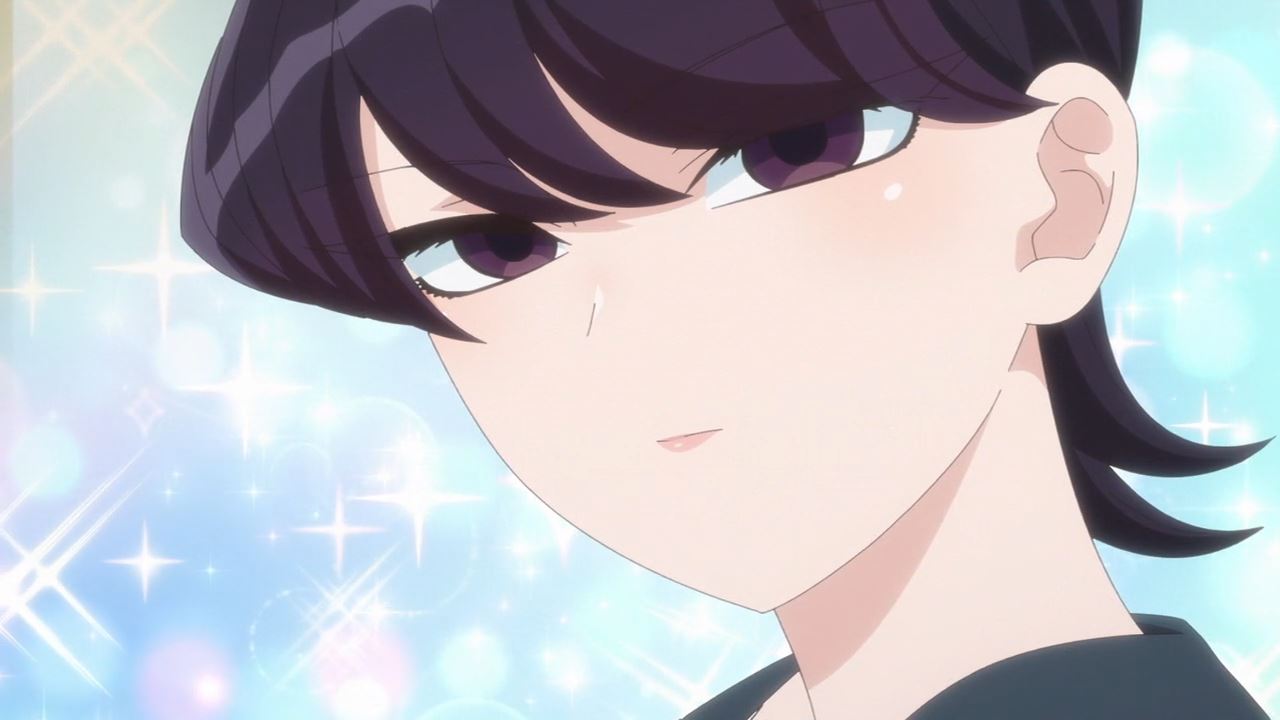 Anyways, this is Shouko’s mother Shuuko-san where she’s one heck of a beauty, although I’m worried that she can’t speak towards the guests. 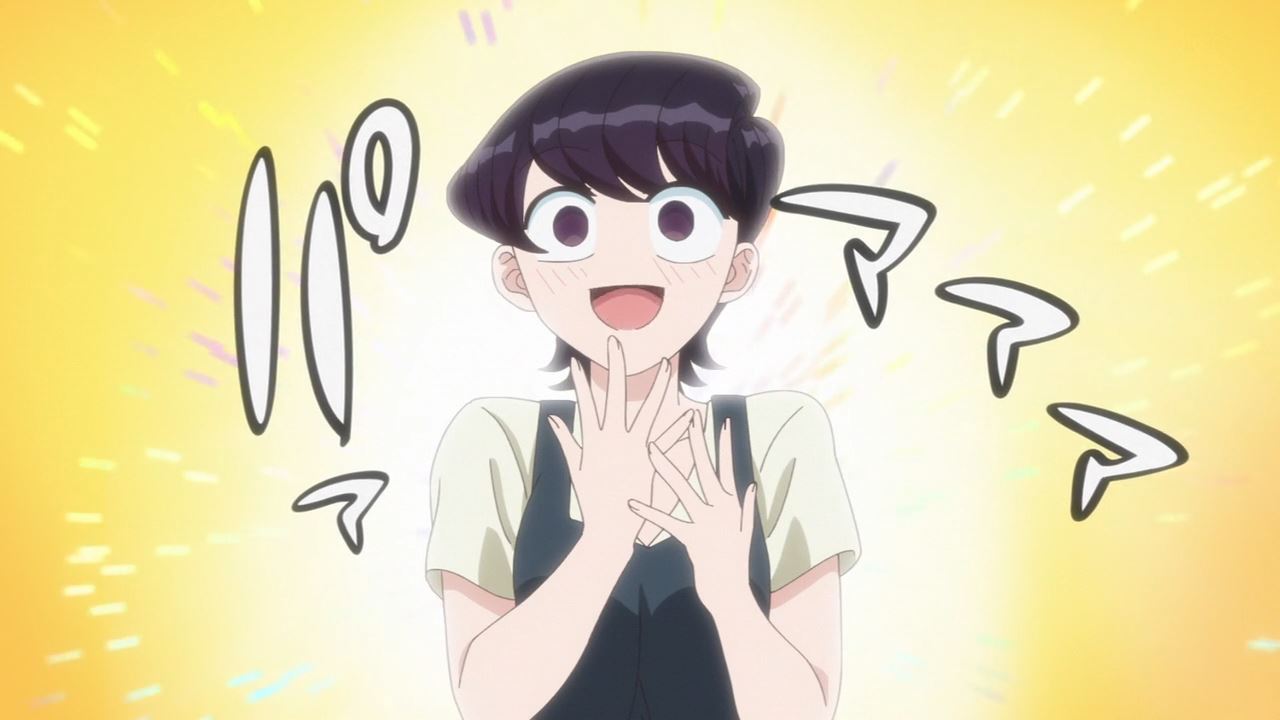 Oh wait, turns out that Shuuko-san can talk where she declared to be “eternally 17 year-old” woman. Wow, a stark contrast between Shuuko-san and her daughter. 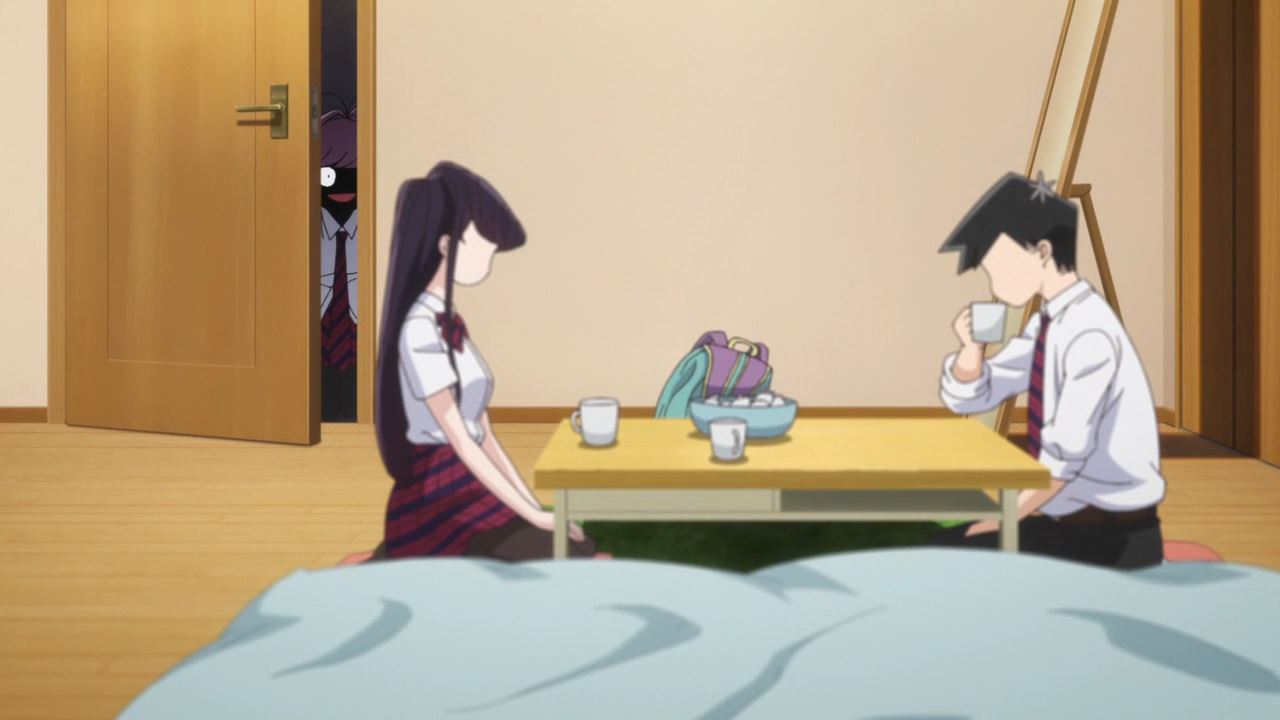 Anyways, looks like Komi-san and Tadano-kun are feeling a bit awkward as they can’t seem to break the ice, although the only thing that worries me is someone peeking at them. 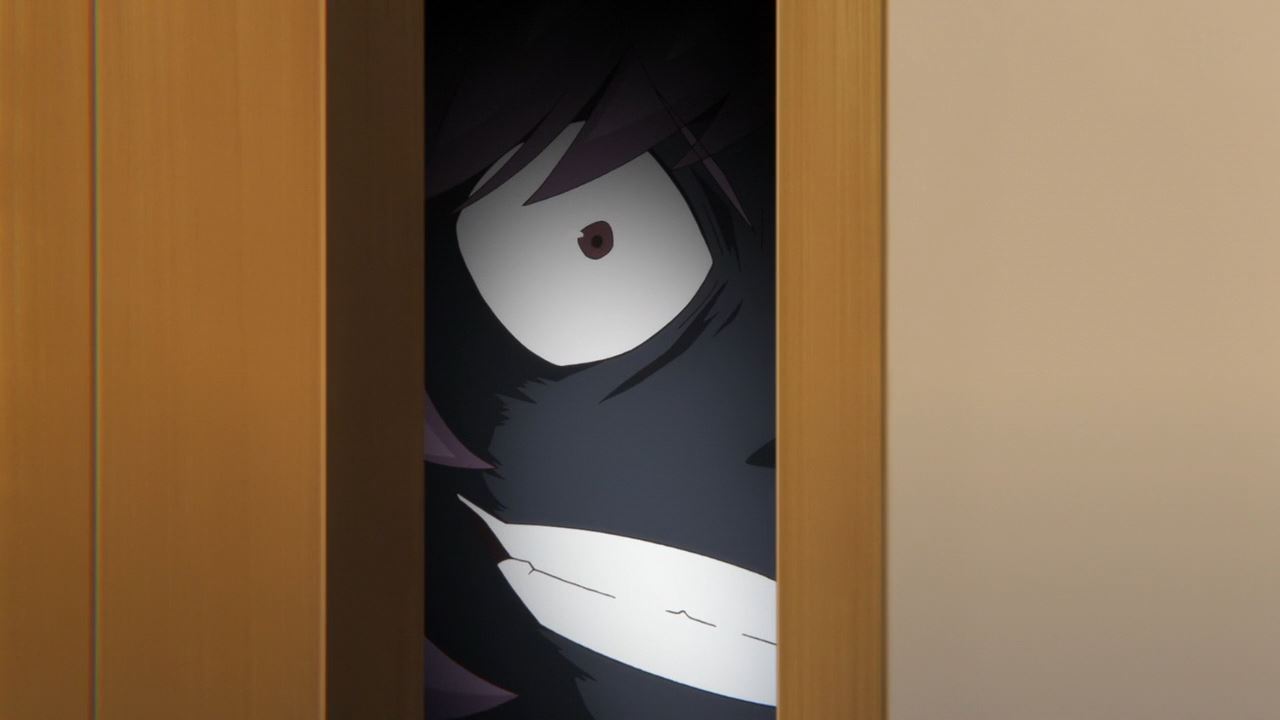 And it turns out that Najimi is looking at them like some criminal from Detective Conan. Geez, Osana is looking sus today! 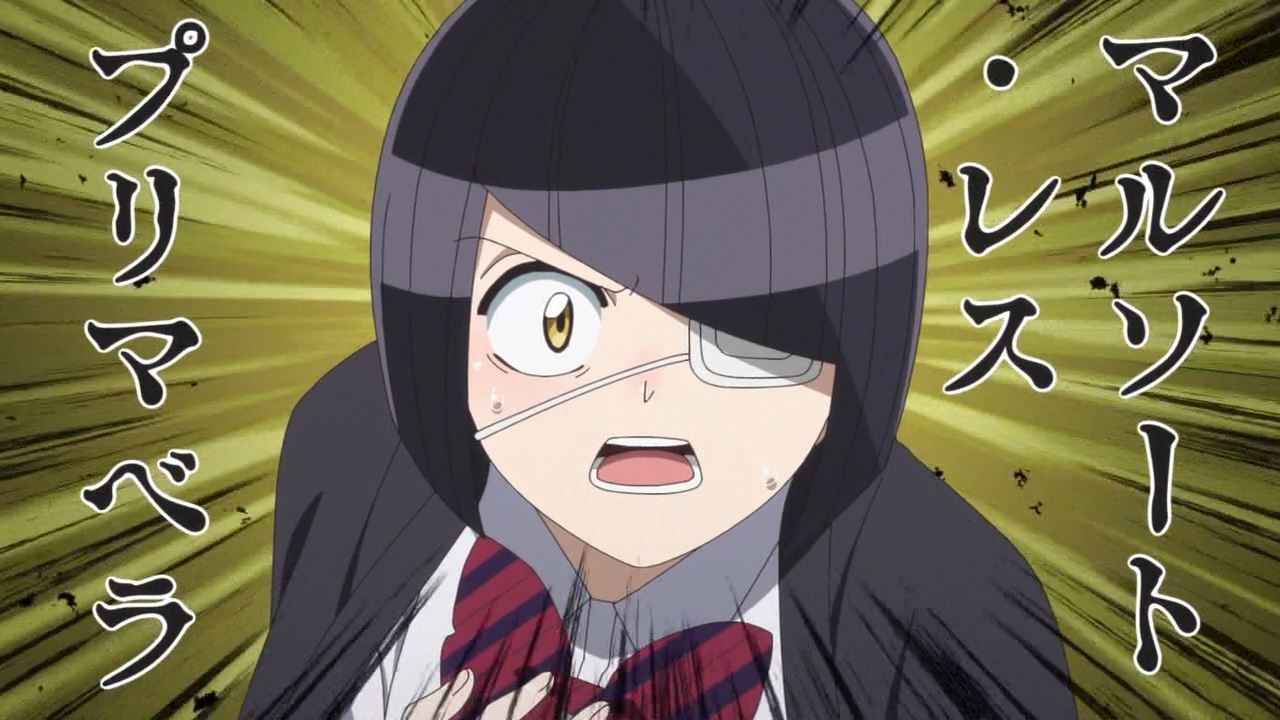 Now then, let’s introduce more characters starting with Omoharu Nakanaka, the resident chuunibyou where she tries to make a contract with Komi-san. Yeah, she’s acting all high and mighty there. 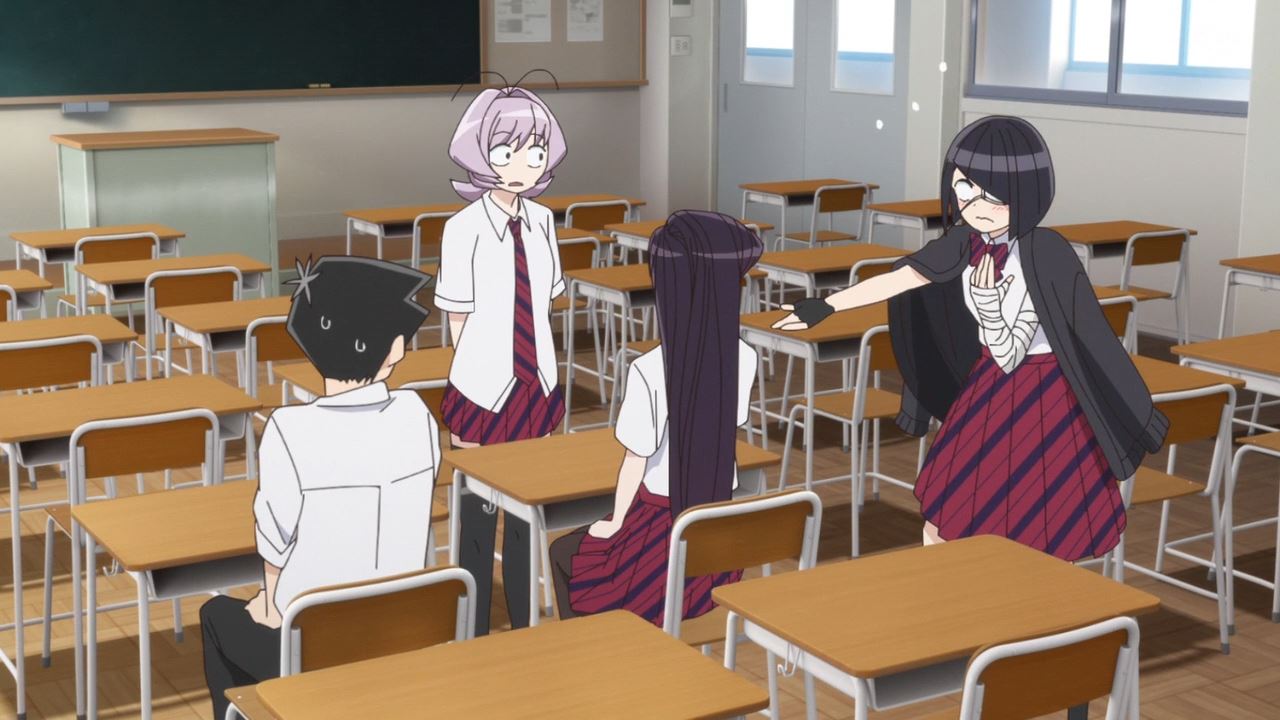 But the truth is that Nakanaka-san wants to make friends with Komi-san as she’s socially-awkward. Honestly, I wish Omoharu should grow out of her “fourteen-sick” persona and be a normal girl. 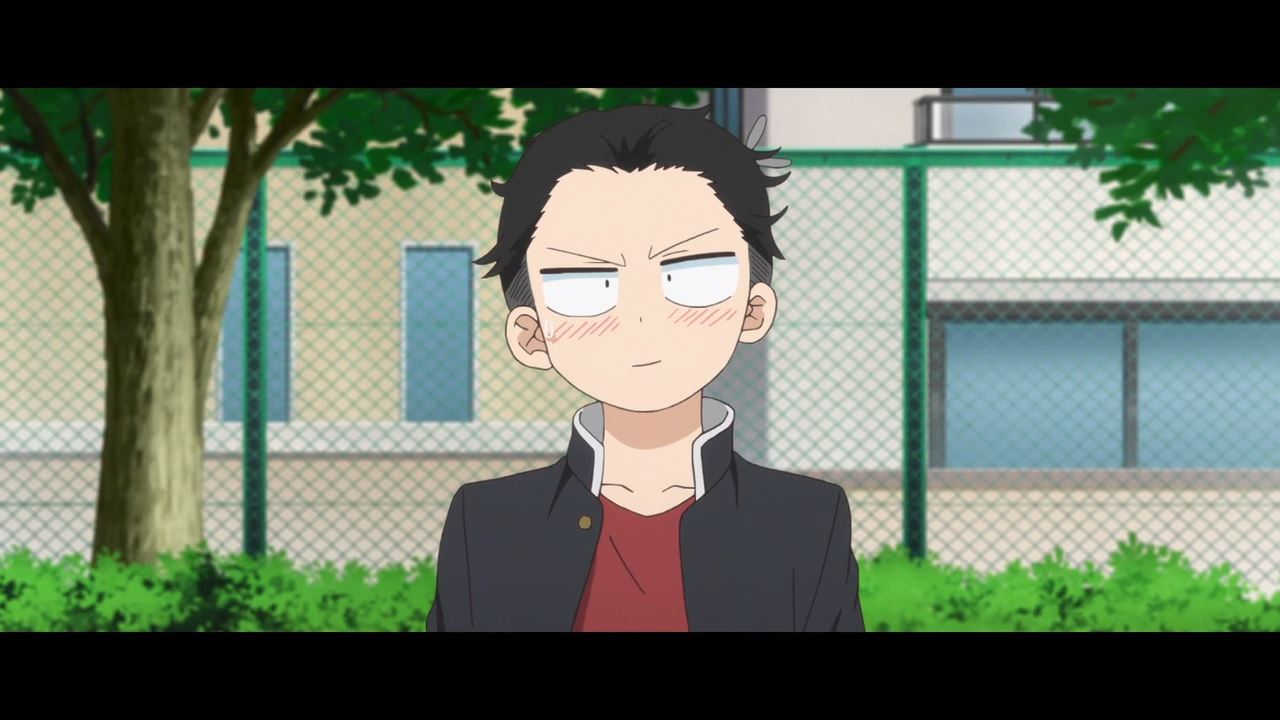 And speaking of chuunibyou, did you know that Hitohito Tadano used to be one back in middle school? Yeah, he acts like a punk but Tadano-kun actually looked like a dweeb that he drops it afterwards. 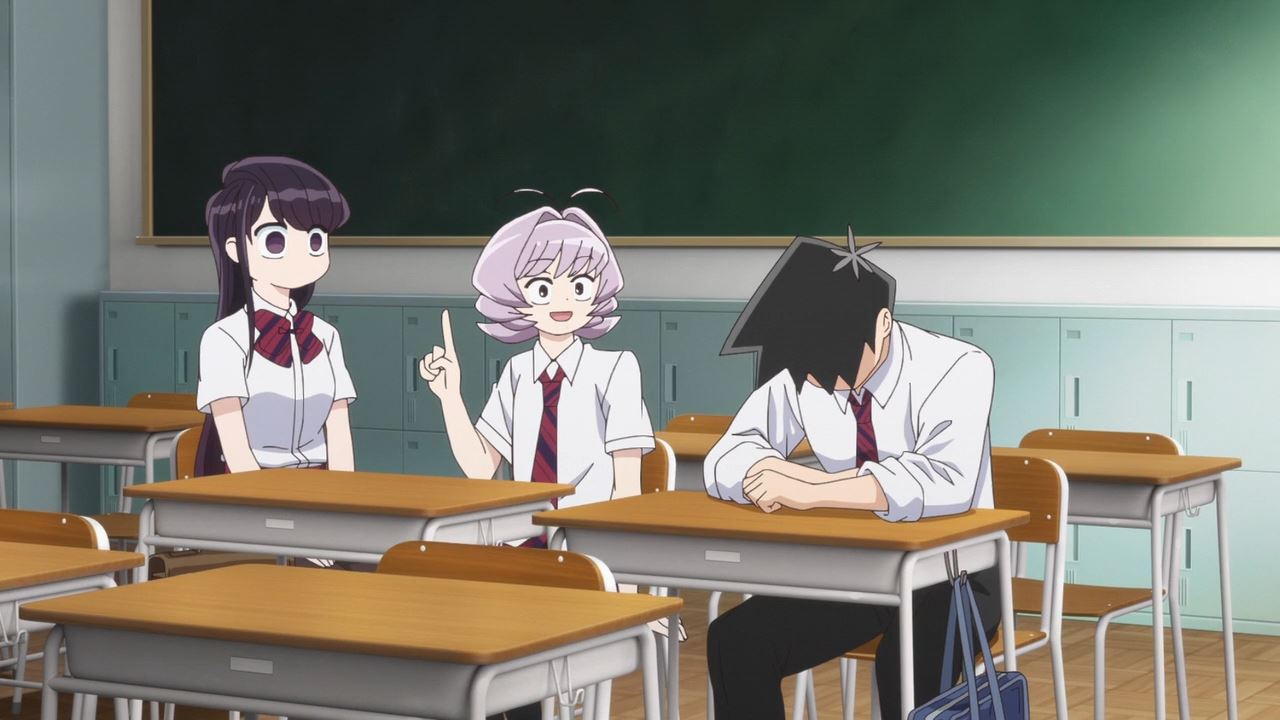 And here’s Tadano-kun where he’s having bad memories of his time trying to impress a girl in middle school and failed spectacularly. I guess he became a normal boy as being a chuunibyou is embarrassing. 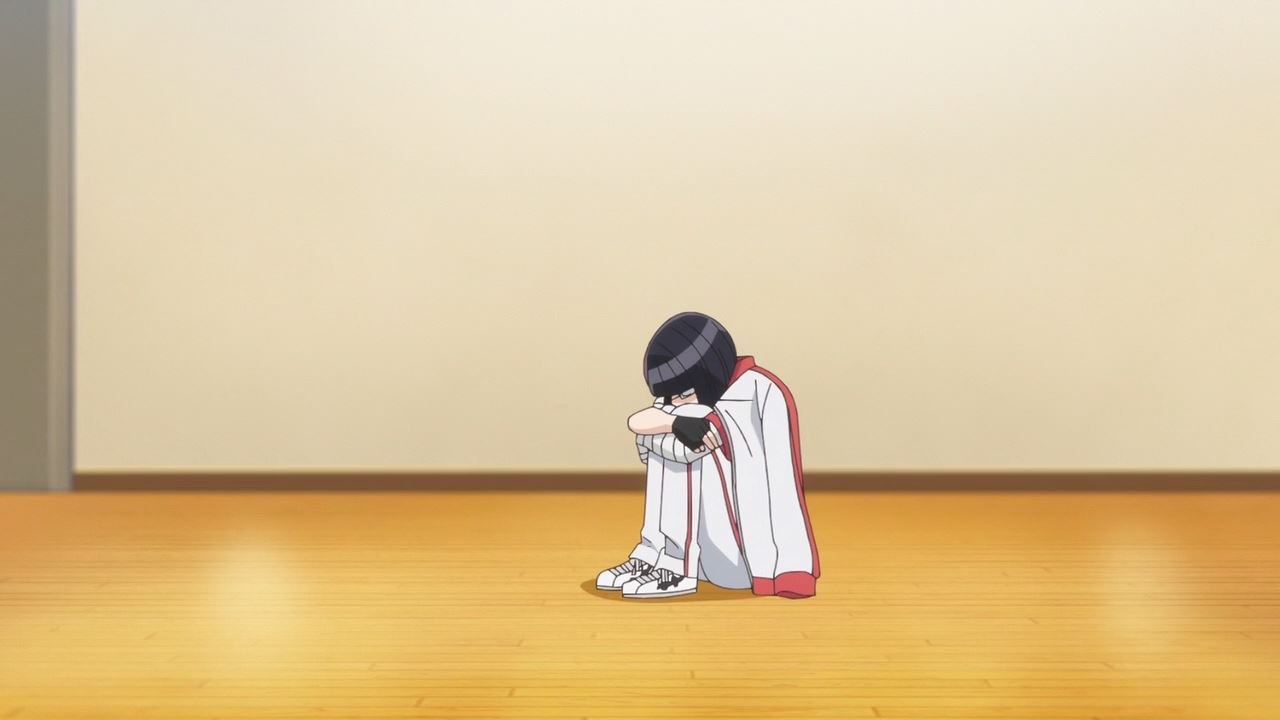 But let’s return to our resident chuunibyou where Omoharu Nakanaka is all alone. Really sad that she doesn’t have a partner during PE class. 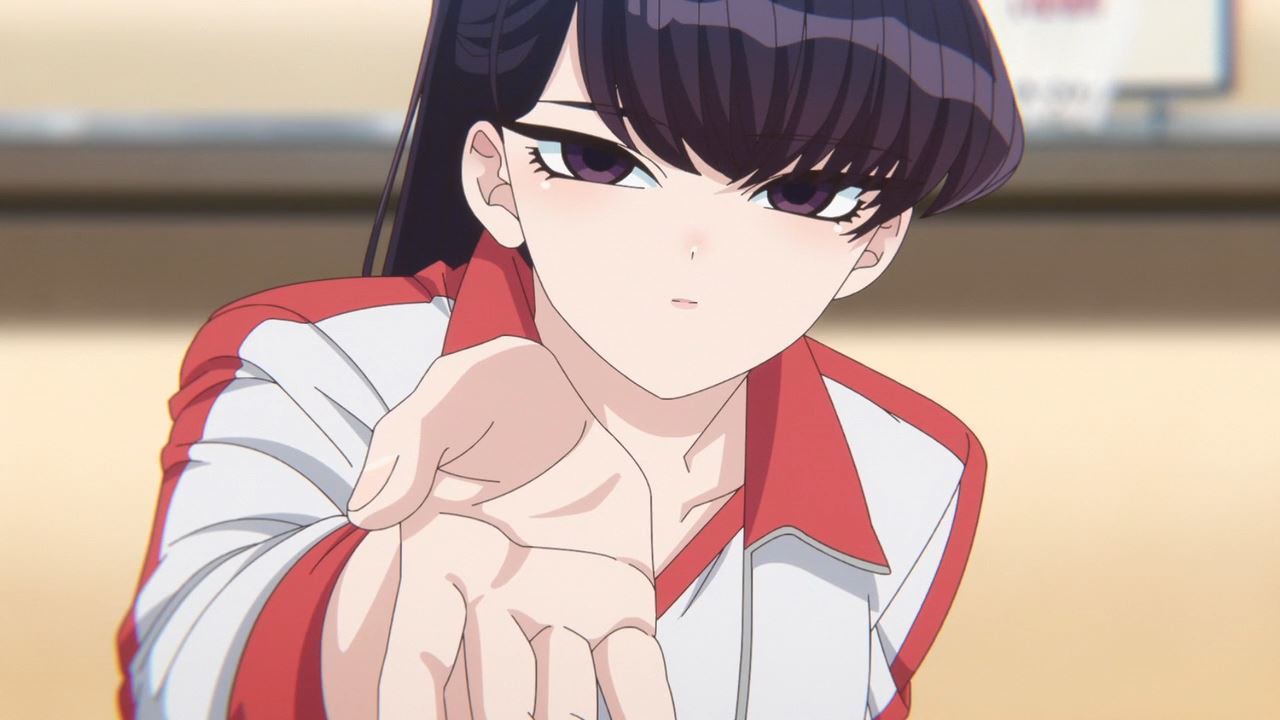 However, it appears that Shouko Komi wants to become a partner to Nakanaka-san as the most popular girl in school offers her hand to the chuunibyou.

Honestly, I love how Komi-san took the initiative to become a partner in PE class. 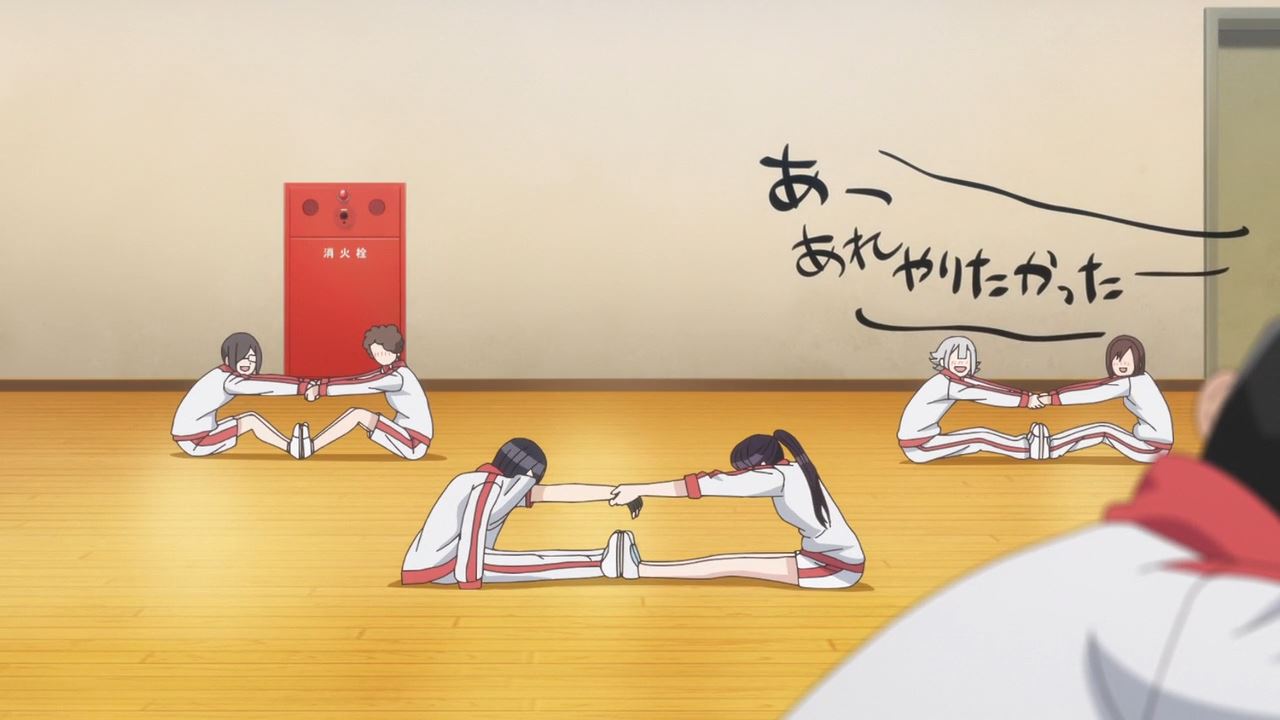 On second thought, I fear that Nakanaka-san might get persecuted for being friendly towards Komi-san.

C’mon, they don’t want Tadano-kun getting all chummy to their goddess, but little did they know is that Hitohito is the only one who can casually talk to Shouko. 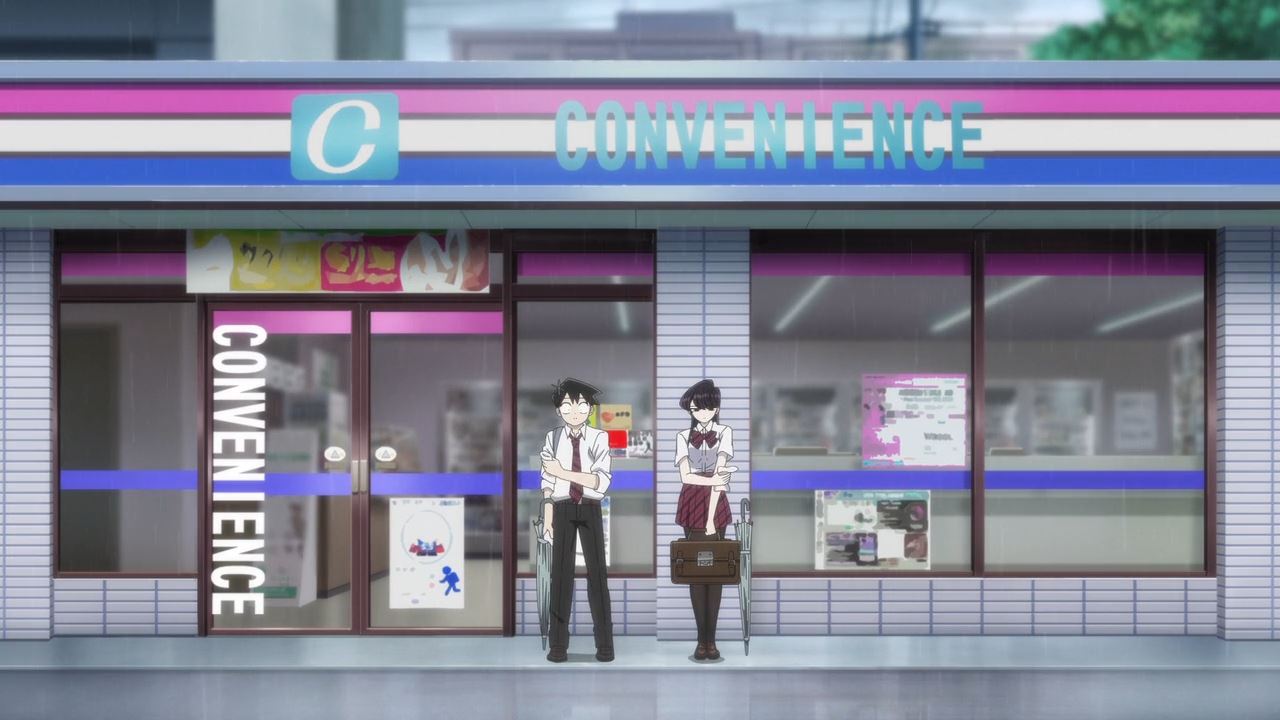 One last thing, looks like Tadano-kun and Komi-san are going home together. Of course, they need to go to the convenience store to buy an umbrella. 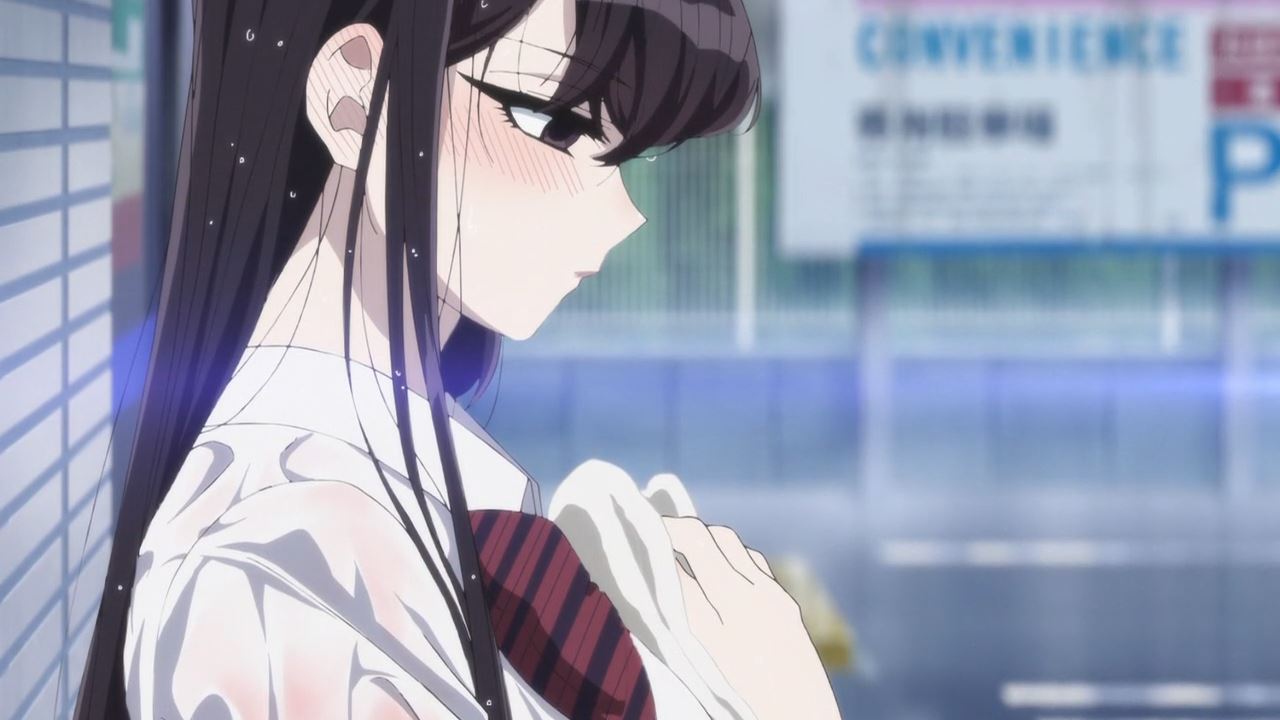 Speaking of Komi-san, she’s still looked gorgeous despite being drenched in the rain. Gotta say that Tadano-kun is really lucky to have her around. 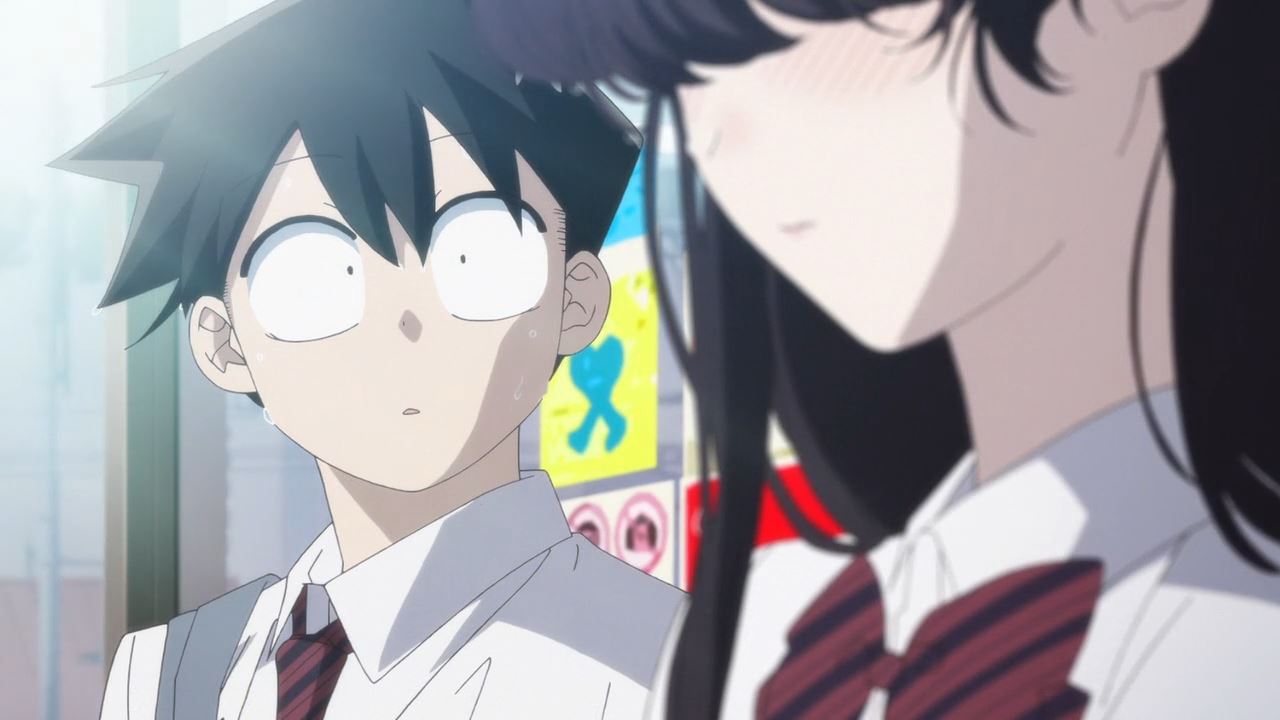 And that’s about it for this episode where Shouko Komi made four friends so far, although she’s still embarrassed that her mother acted like a teenager to both Hitohito Tadano and Najimi Osana. But hey, at least her mother can communicate.

Anyways, I’ll see you next time where I’m hoping that Komi-san can communicate with her classmates and made friends along the way.