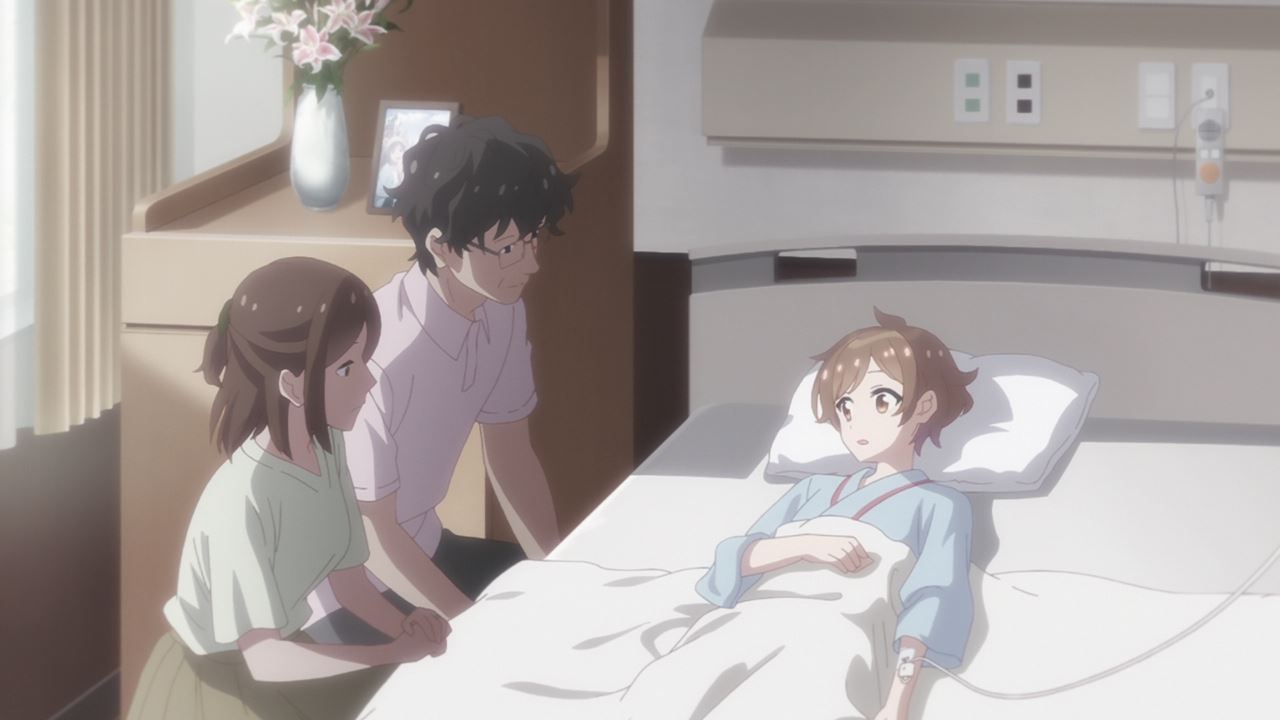 Let’s start this episode where Suzune Miyama woke up after receiving a heart transplant. While she can live longer, I wonder who donated their heart to Suzu-chan? 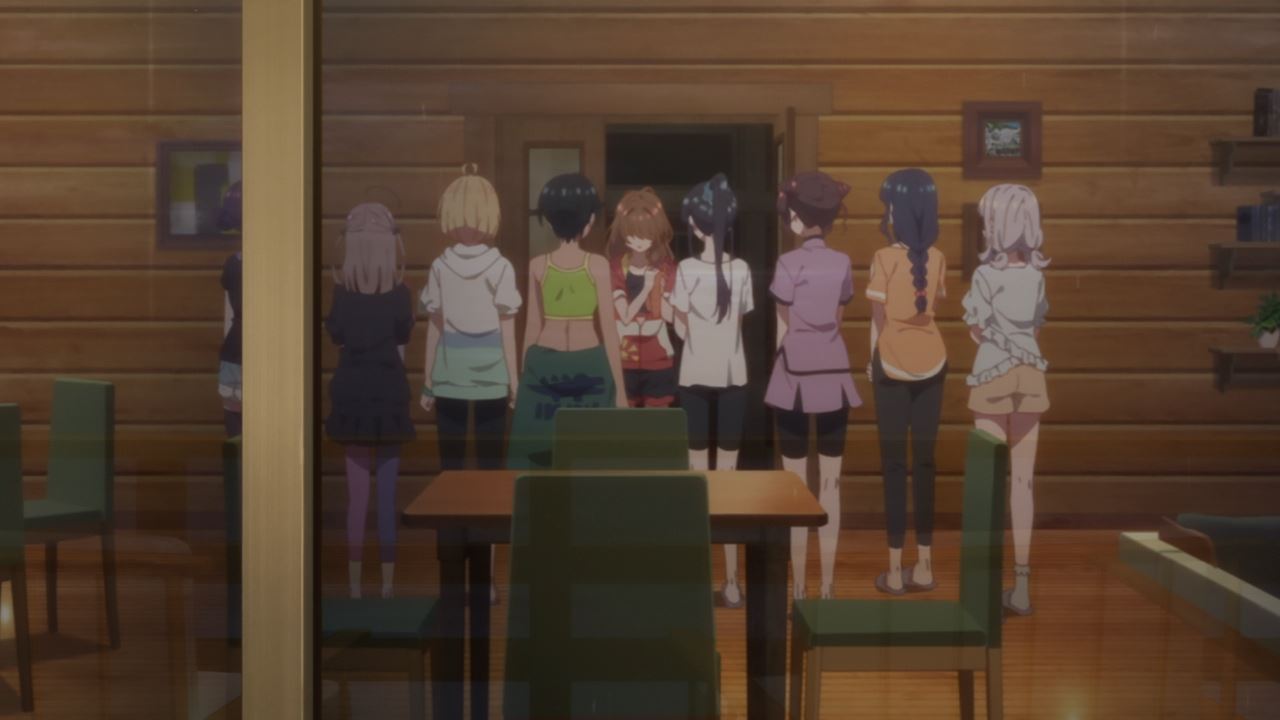 Anyways, Suzu-chan apologized for causing trouble during the competition, although the likes of Rena Hananoi apologized for being tactless when questioning Miyama about her heart condition.

With that out of the way, I wonder what’s gonna happen to Suzune Miyama as there are rumors that she might drop out of Selection Project. 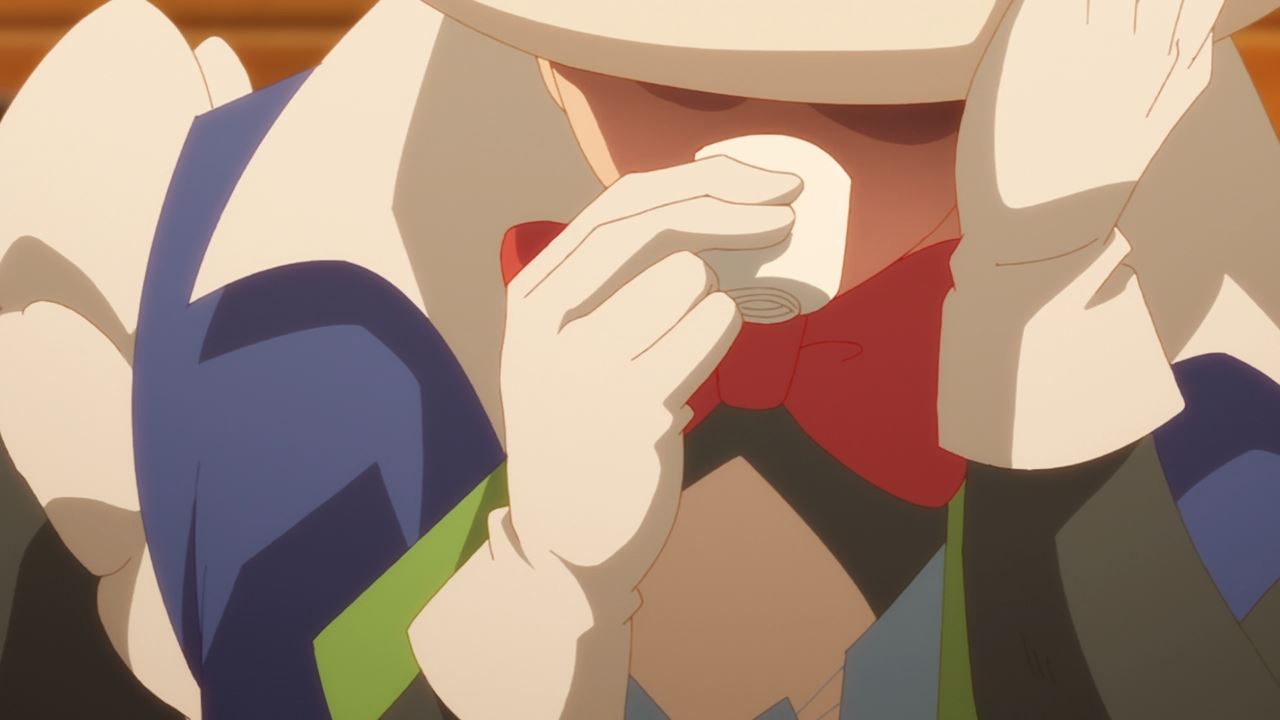 Meanwhile, looks like a certain mascot is drinking her sorrows. Unfortunately, you can’t see Sumipanda’s true identity since her face is obscured. 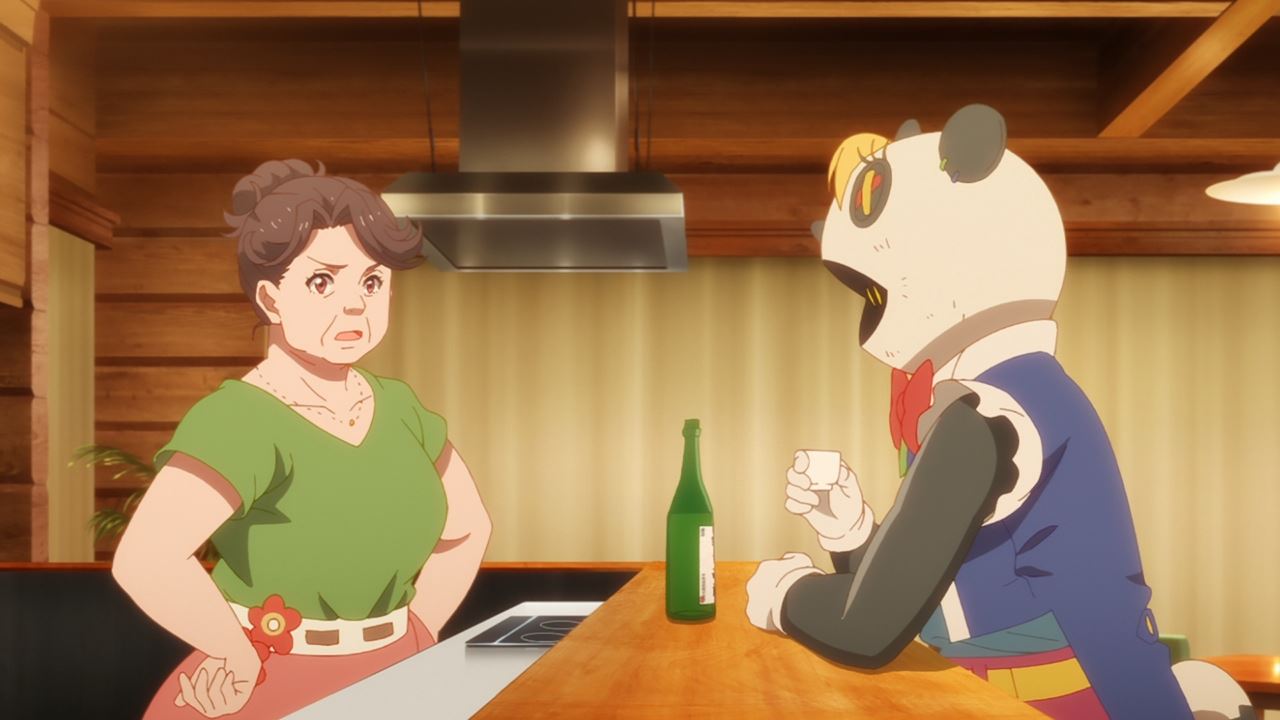 Anyways, Sunny told Sumipanda to cut down on her alcohol consumption as it’ll be embarrassing to let the contestants see her sober face under her head dress. 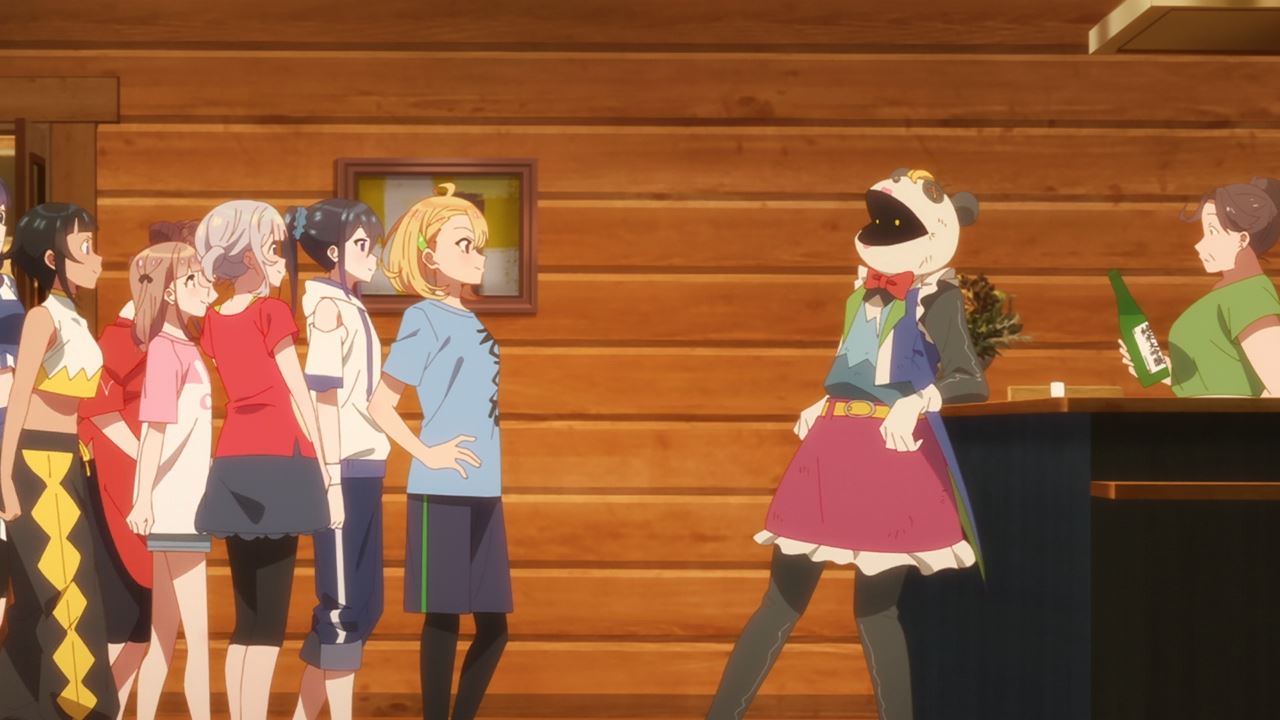 Well, too late for that as the likes of Nagisa Imau saw Sumipanda in her sobered state. Oh, and the reason why the mascot of Selection Project is drowning her sorrows is because she’s worried about Suzune Miyama.

By the way, there are rumors that the person behind Sumipanda was once an enka singer named Jun Oshiruko or Red Bean Jun, although the mascot clearly denies it… or so I think. 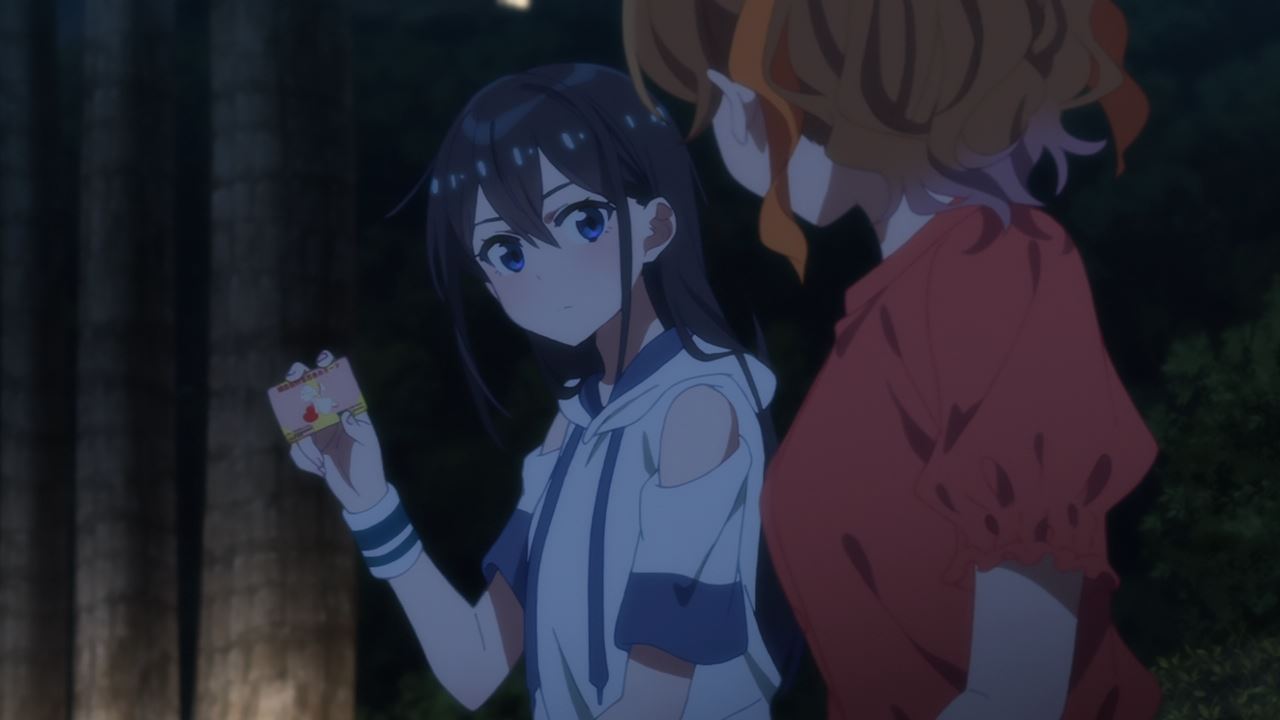 But let’s move onto Suzune Miyama where she have a heart-to-heart talk with Rena Hananoi.

Here, Rena shows a donor card where she wants to give her organs to someone needed the most. Come to think of it, I wonder if there’s confirmation on whether Rena’s sister, the famous idol Akari Amasawa, donated her heart to someone else after her tragic accident?

Still, Rena told Suzu to write a letter to her family on how she truly feels. Really nice that Rena decided to soften her attitude a bit now that she knows that Suzu has a heart problem. 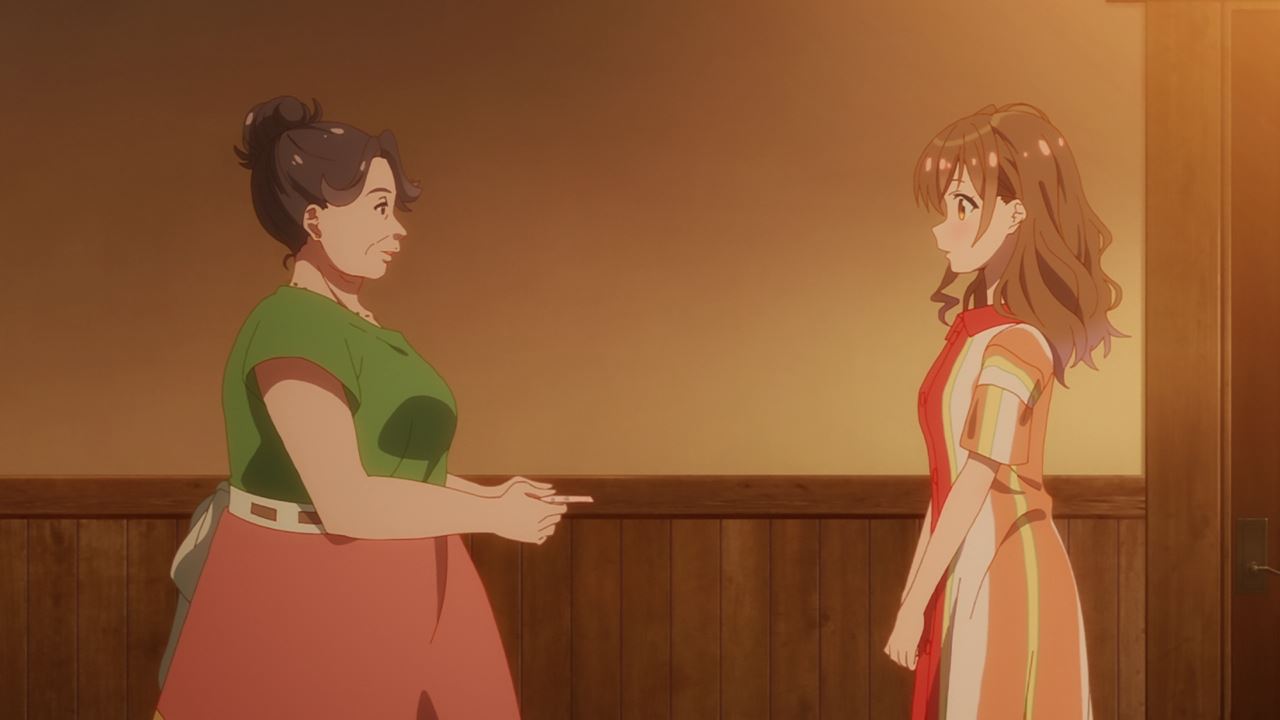 Now then, here’s Sunny where she give a fan letter to Suzune Miyama. It’s nice that Suzu-chan have a letter from of one of her fans. 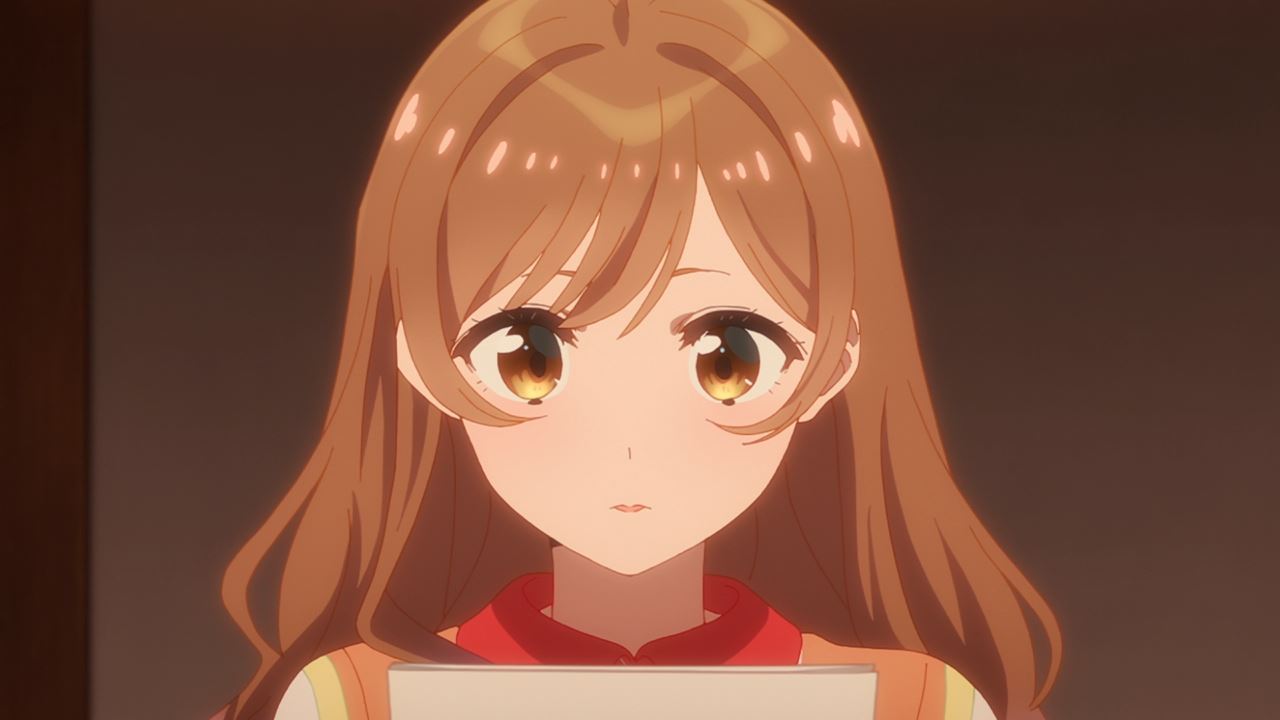 And speaking of fan letters, this one is special where it came from a girl named Suzune. Coincidence, perhaps? 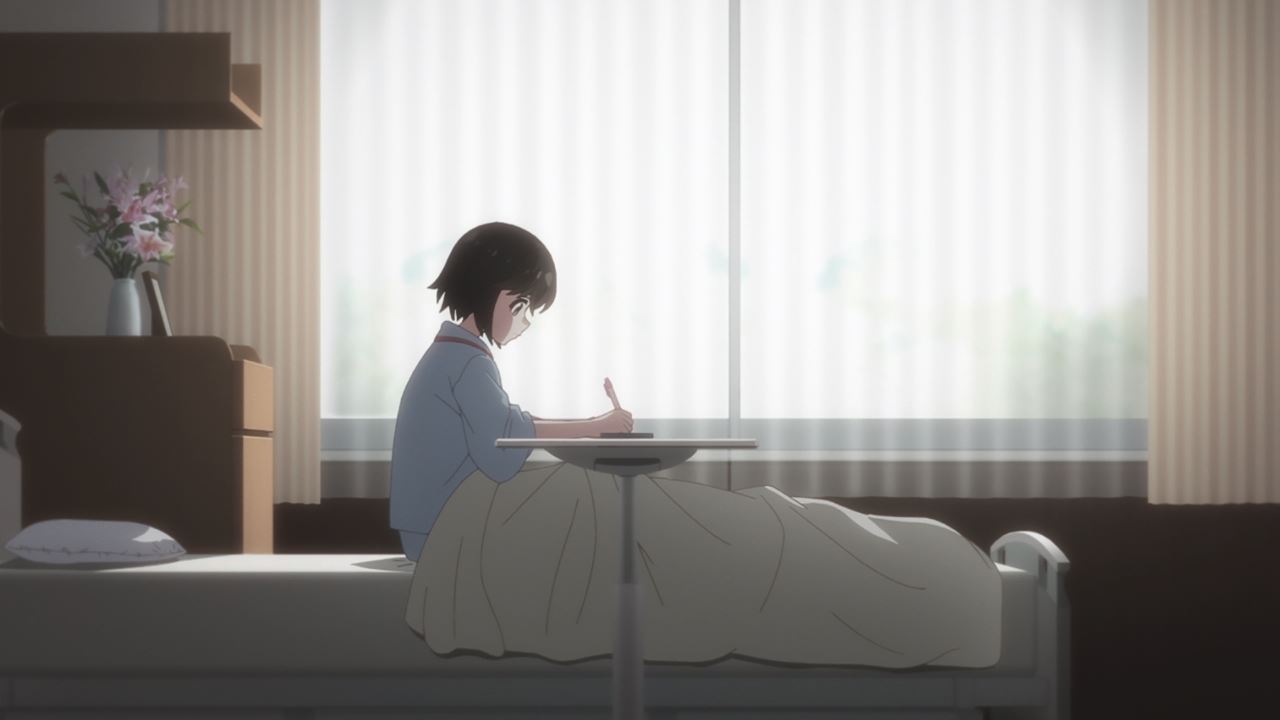 It’s really nice that a fan was inspired by Suzu-chan, much like how the main heroine was inspired by Akari to sing to her heart’s content. Looks like Suzu-chan can’t back down and disappoint her fans. 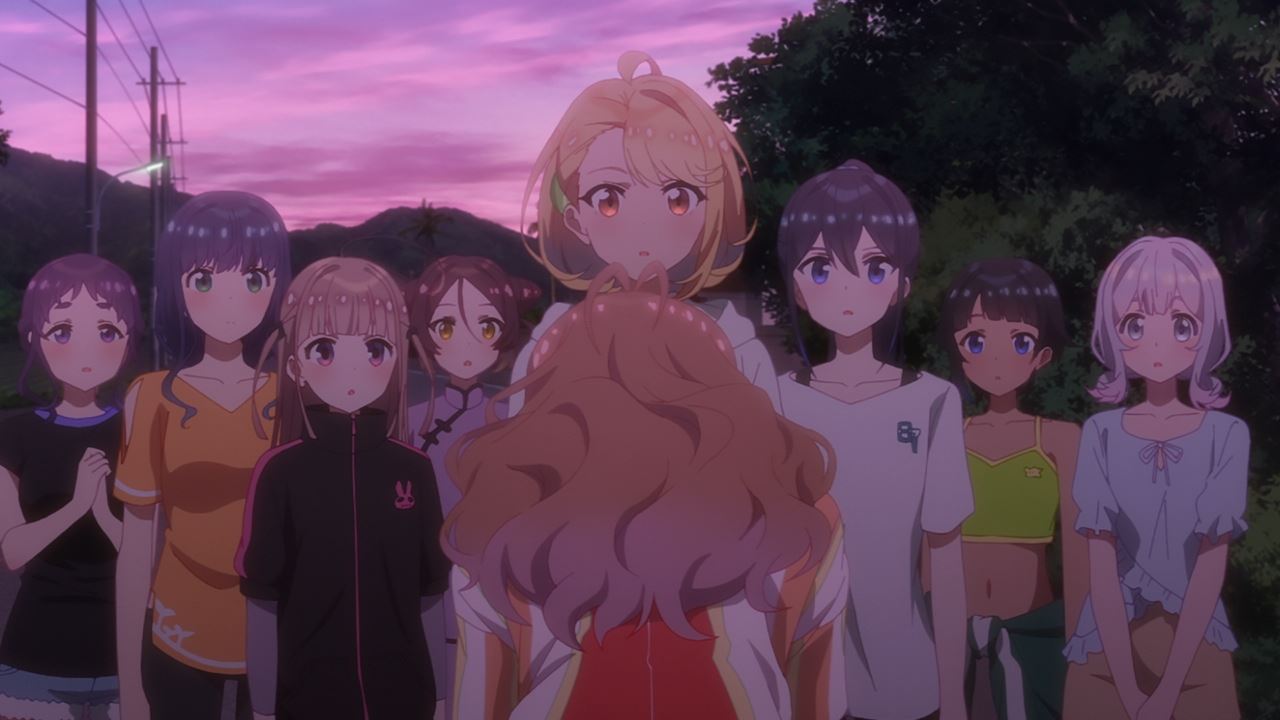 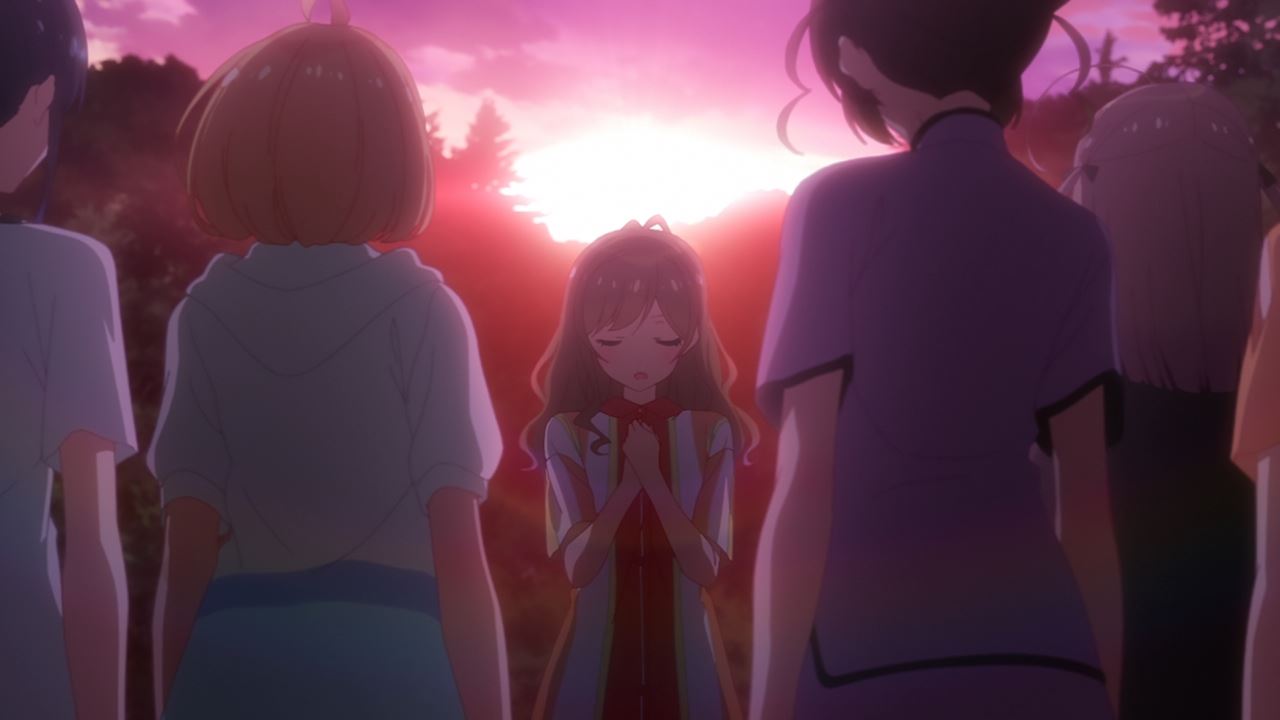 Anyways, Suzune Miyama has bounced back from her depression as she wants to continue her journey as an idol. Of course, Suzu-chan will have lots of catching-up to do! 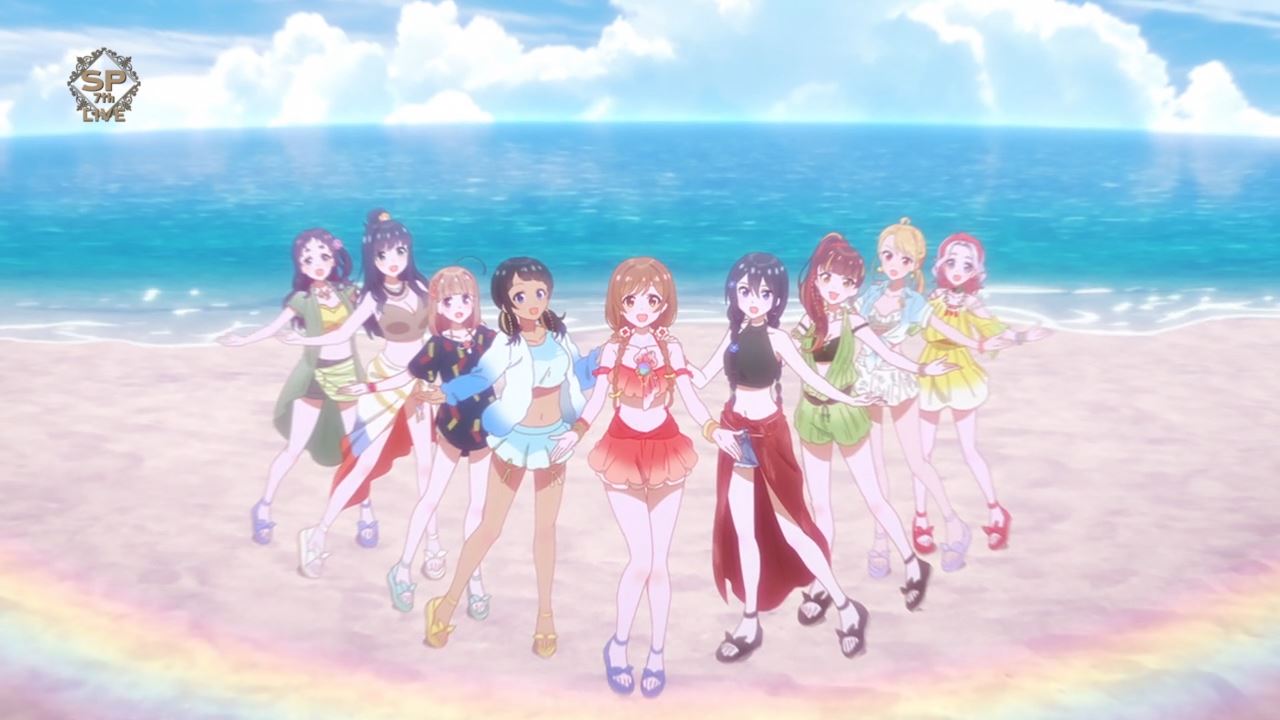 With that said, it’s time for all contestants to perform “Naked Blue” and all I can say is that it’s nice to see 9 girls performing together.

By the way, it’s nice to see Suzu-chan wearing a bikini, although I’m not sure if the makeup team covered her scar. Now then, let’s see how they fare in Round 2… 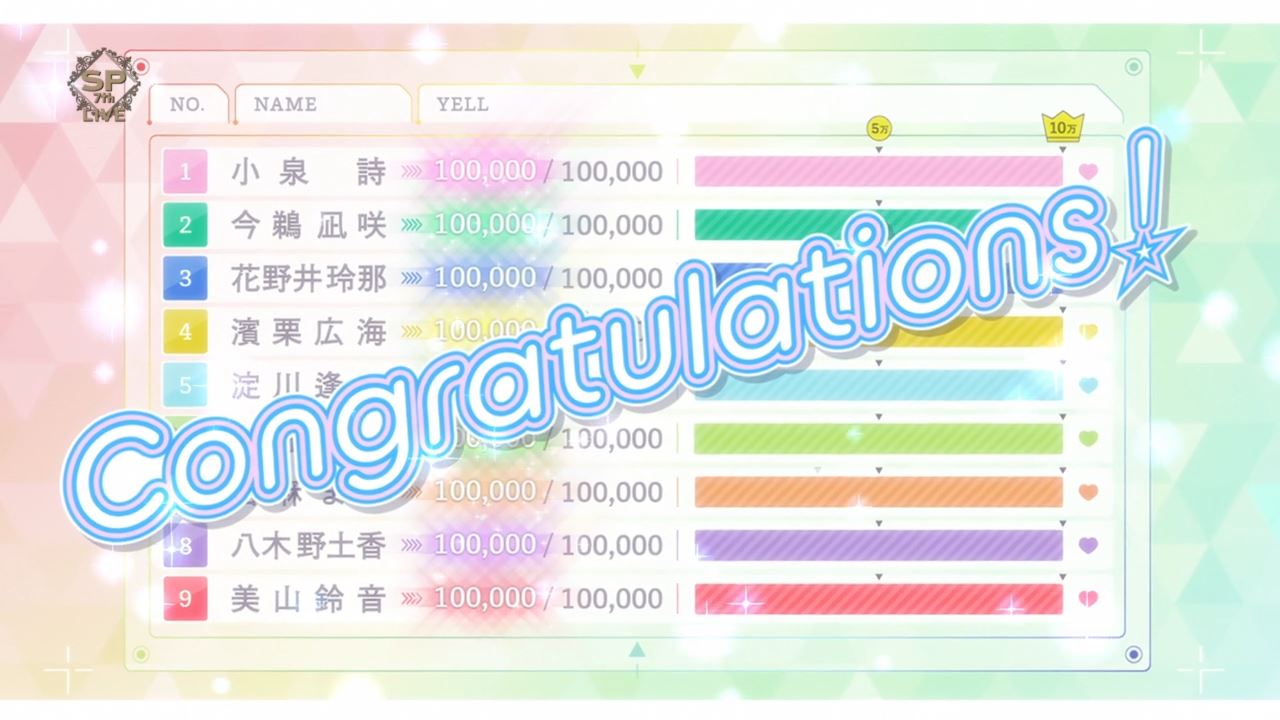 Surprisingly, all 9 contestants have qualified to Round 3 as they reached 100,000 Yells. Congratulations to them!

While it’s impressive that all of them qualified into the next round, I’m surprised that Suzune Miyama bounced back after being dead last in Round 2. 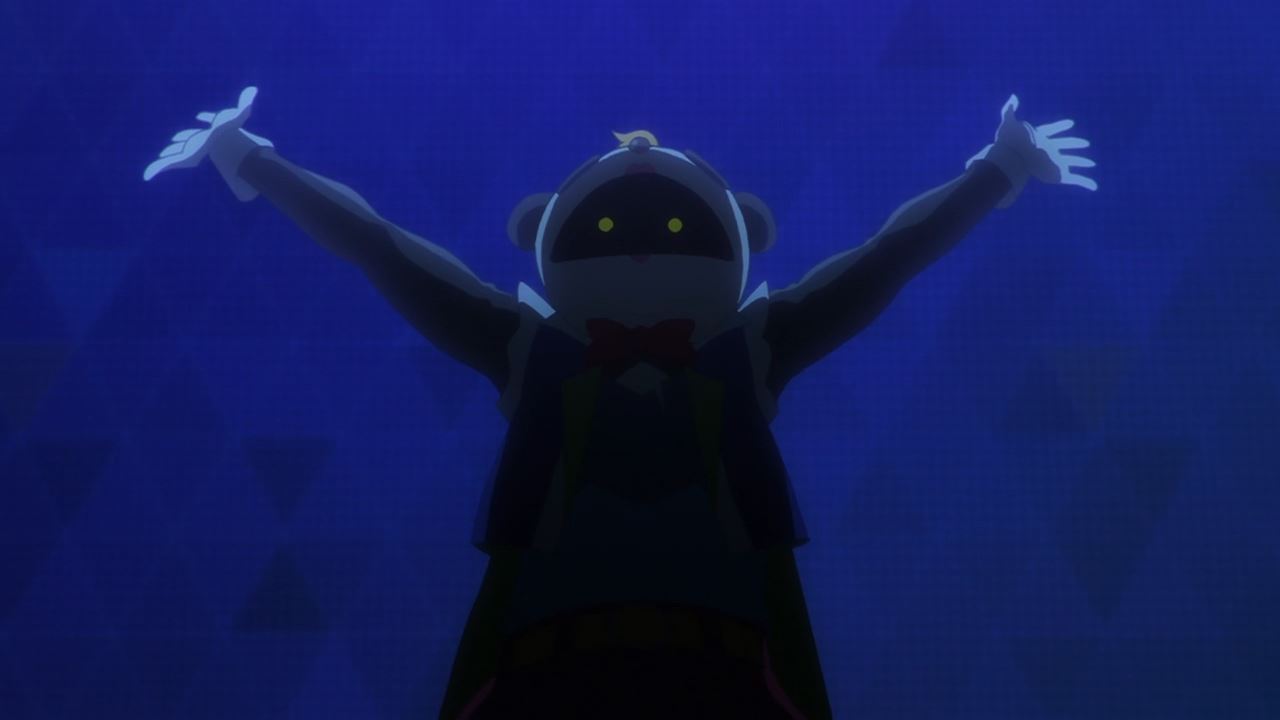 Now then, it’s time for the 3rd and final round of the 7th Edition of Selection Project as Sumipanda reveals one major twist to this competition… 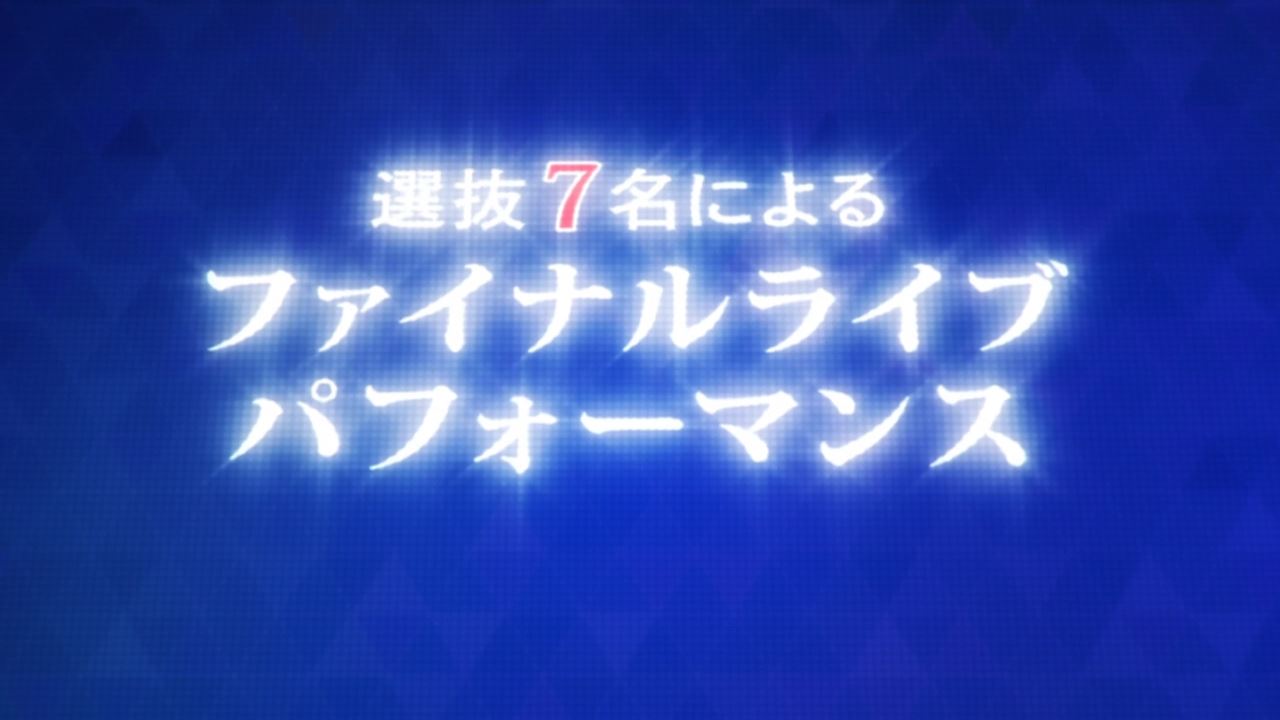 Turns out that 7 contestants will only perform at the concert while 2 will be voted out of the competition.

Looks like the contestants will have to throw away their trust to each other in order to win. Then again, I have a feeling that there will be some drastic changes midway into Round 3 where 7 contestants will be voted out.

Anyways, tune in next time where the competition is reaching its climax!