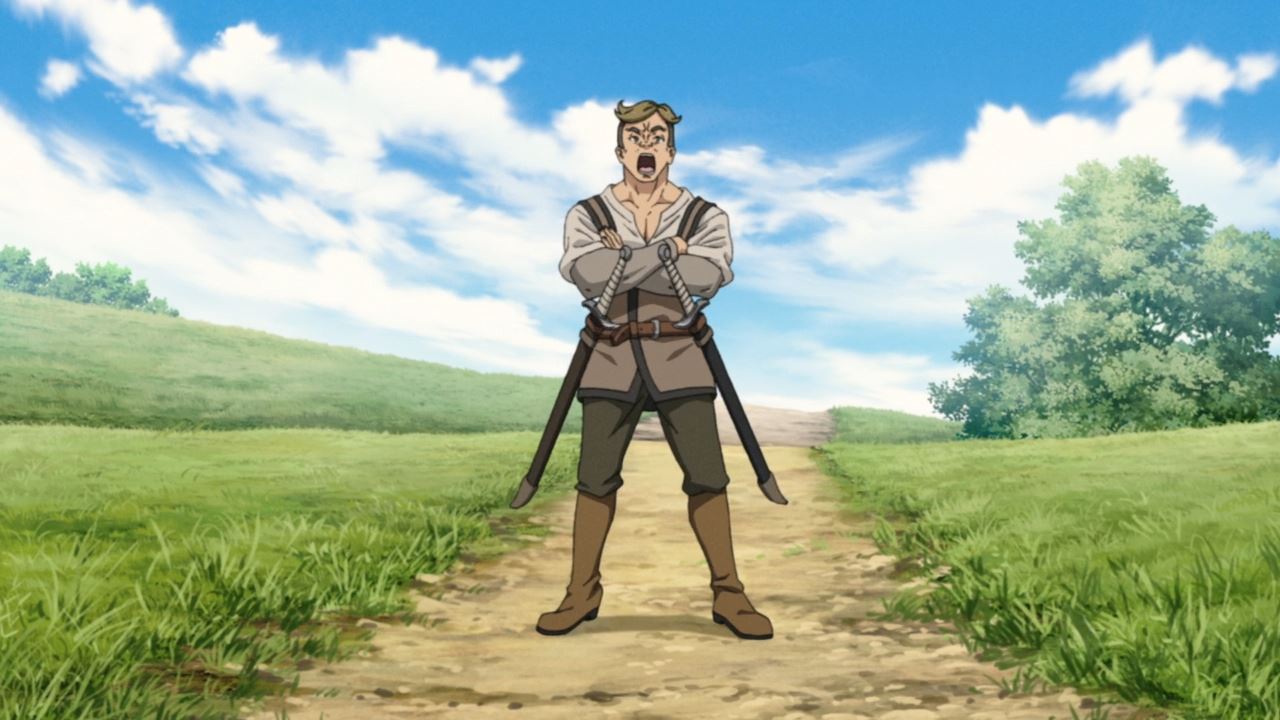 Let’s begin with this bandit named Auber where he claims that he’s one of Kalman’s pupils. And by the way, Kalman is the North God 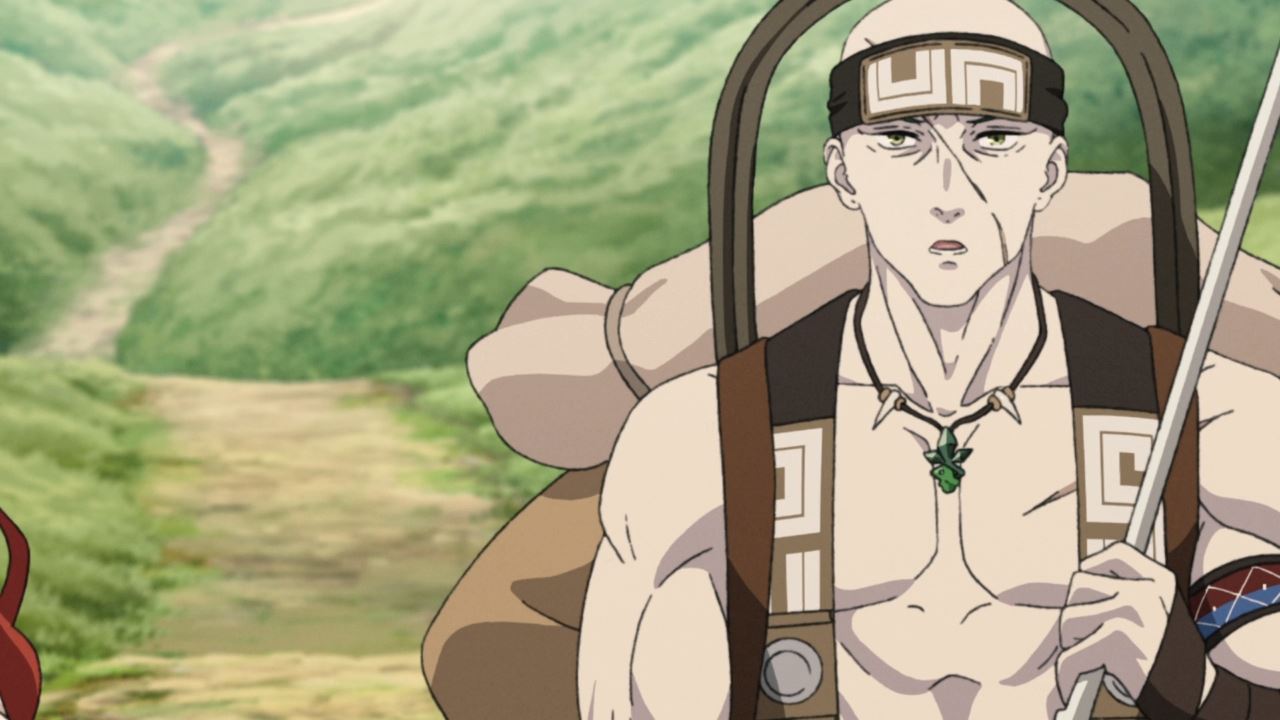 Of course, Ruijerd Superdia doesn’t buy his claims simply because Auber might be trained by Kalman after all. 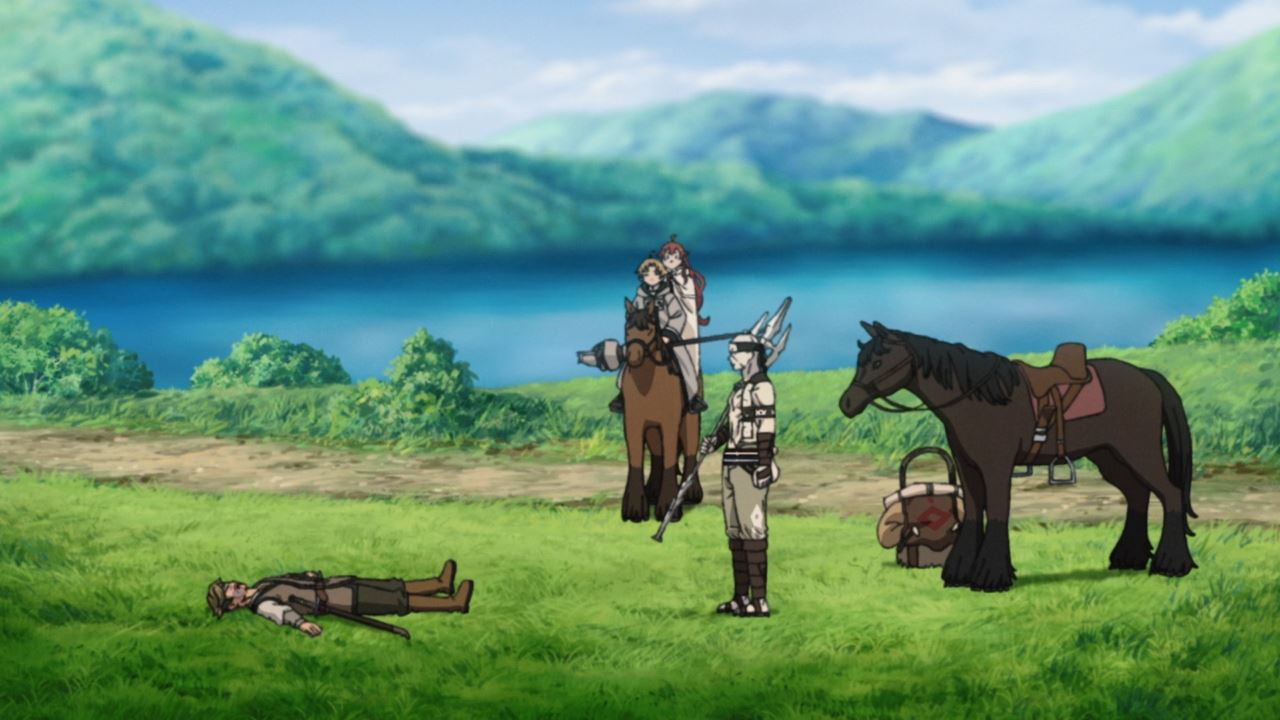 And so, Ruijerd defeated Auber effortlessly. C’mon, a mere bandit can’t beat a Superd no matter what. 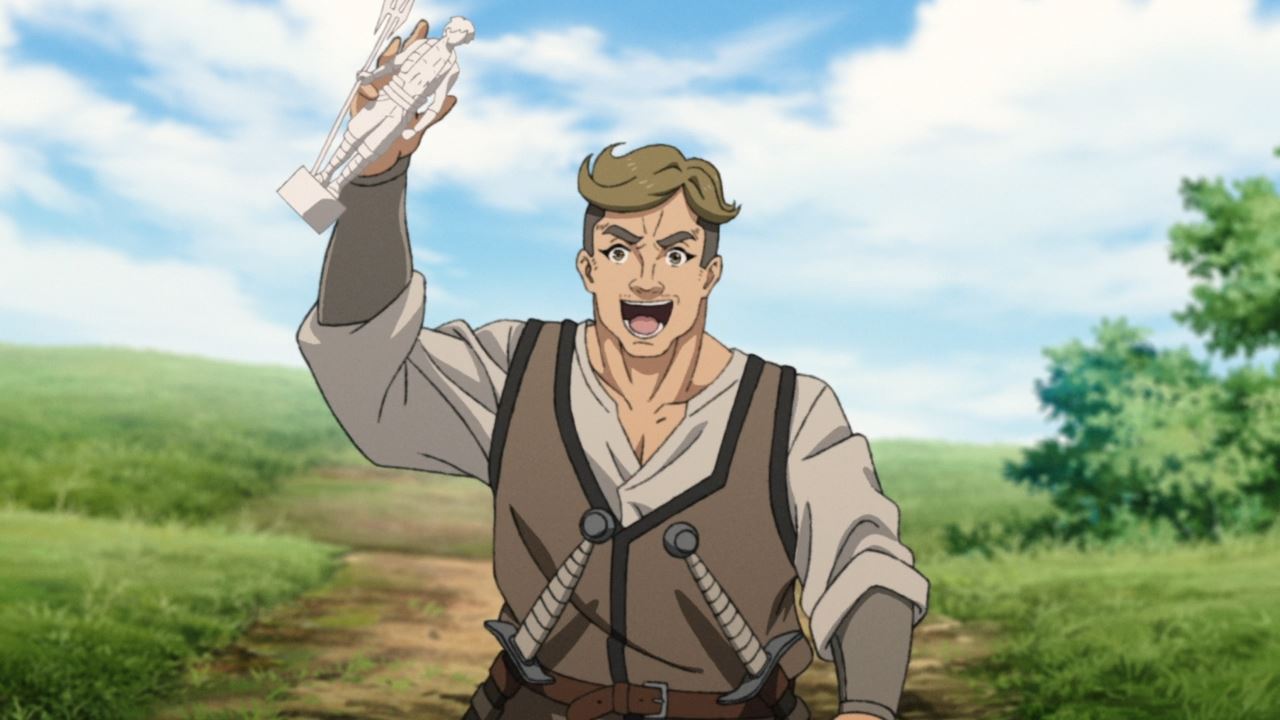 But as for Auber, it appears that he received a statue of Ruijerd as he’s looking forward to fight the Superd in the future. Actually, you should stop being a gatekeeper. 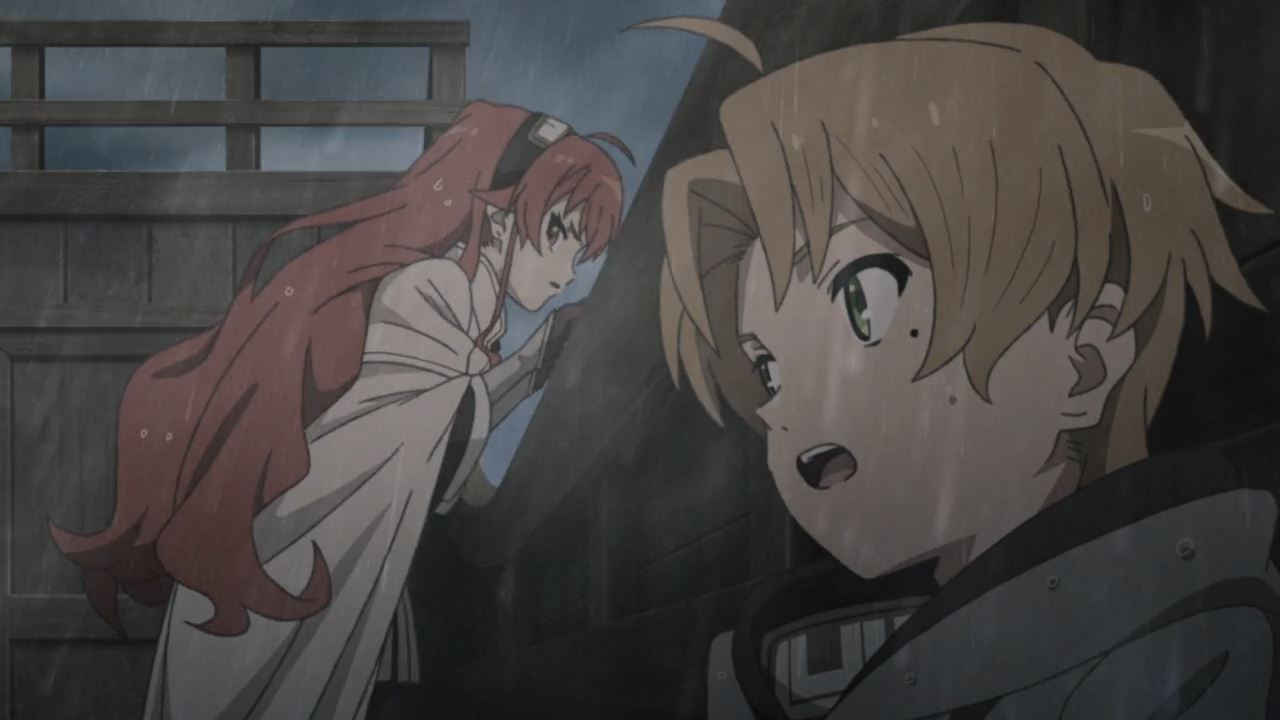 Anyways, Rudeus and his party have boarded a ship as they’re heading to the Central Continent.

While Ruijerd is fine despite having their ship rocking heavily on a stormy night, I’m worried about Rudy and Eris getting a nasty case of motion sickness. 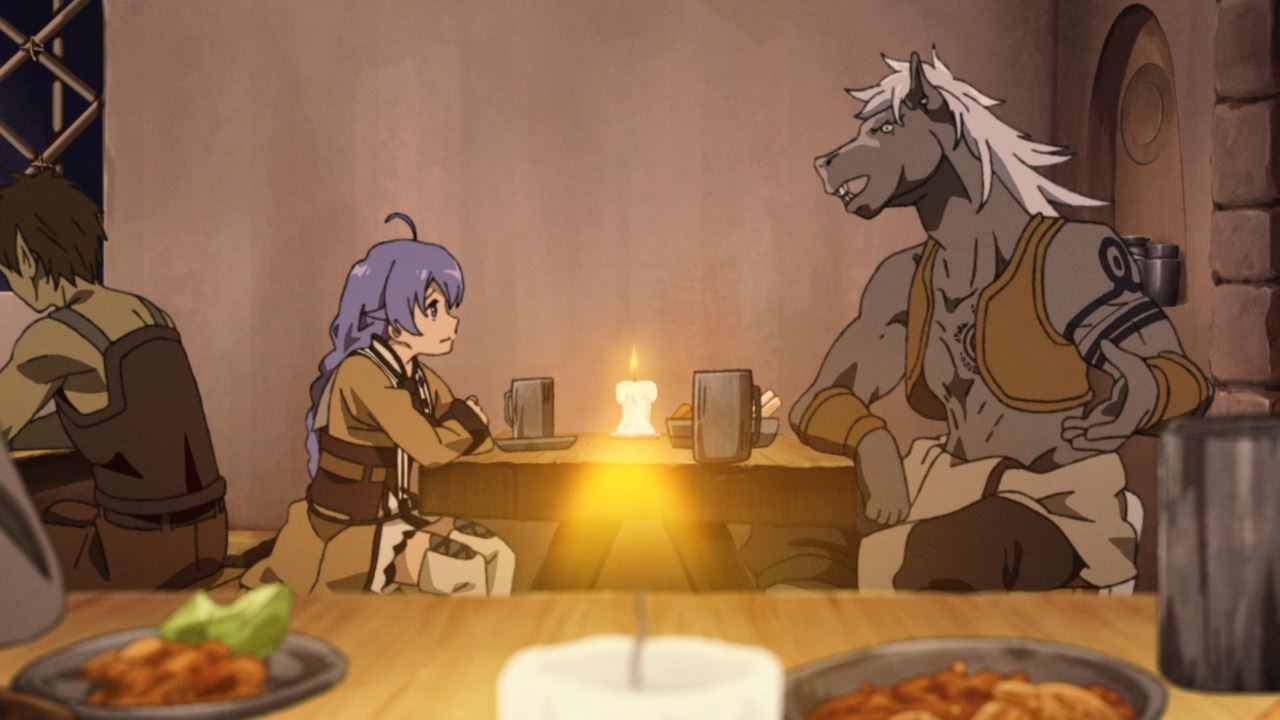 Now let’s return to Roxy Migurdia where she’s still at the Demon Continent, although she and her search party are already too late as Rudy and his friends have left the continent.

Oh yeah, it appears that Roxy knows Nokopara where he still mocks her for not looking like an adult. Also, Nokopara told Roxy about the guild known as Dead End where it’s getting a bit of notoriety, especially when Rudy has a Superd as his bodyguard. 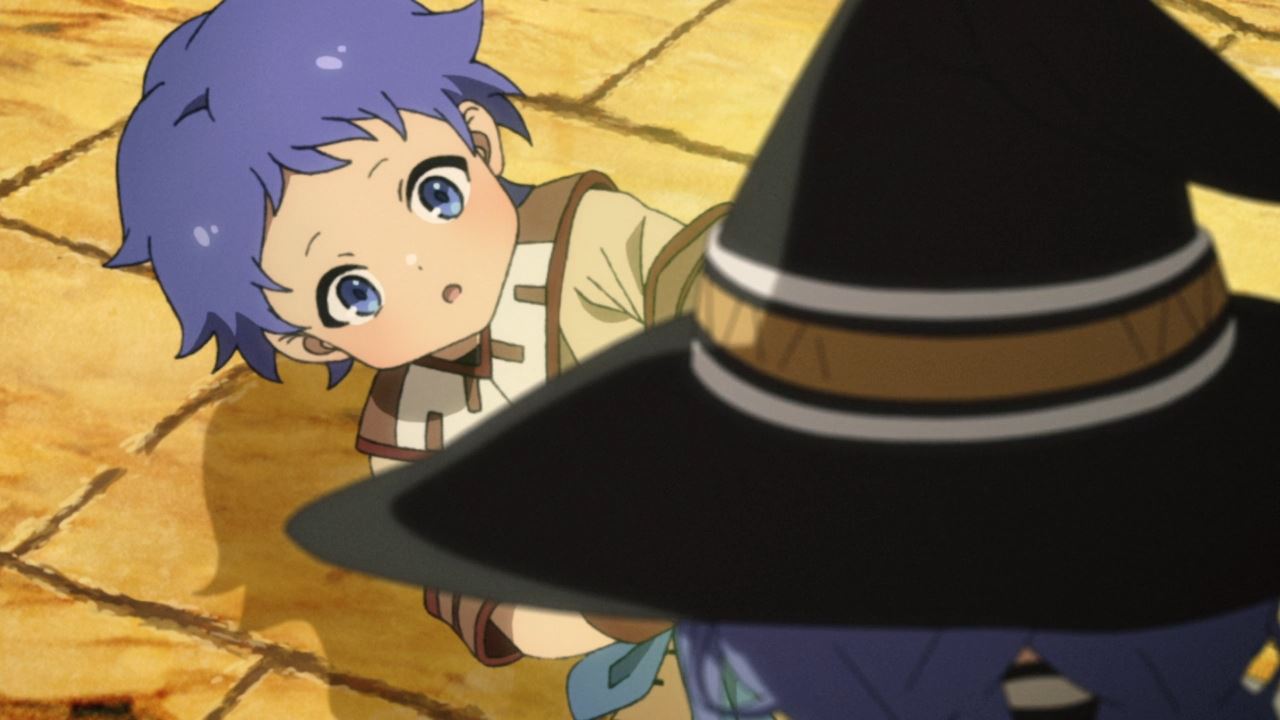 Now then, looks like Roxy went back to her hometown to see her family for a short time. However, most of them don’t remember her much as the Migurd tribe sees Roxy as some outsider. 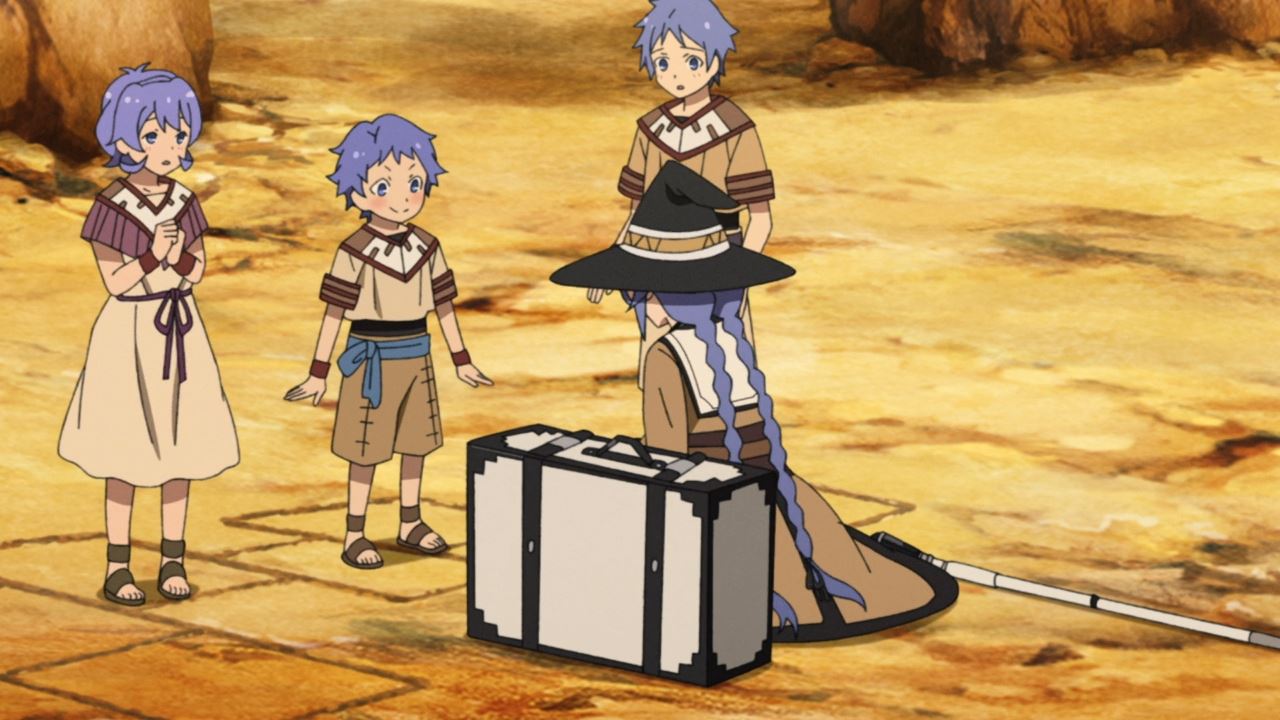 But hey, at least she managed to heal this boy with her magic. Of course, Roxy doesn’t want to attract some attention, nor see them eye-to-eye. 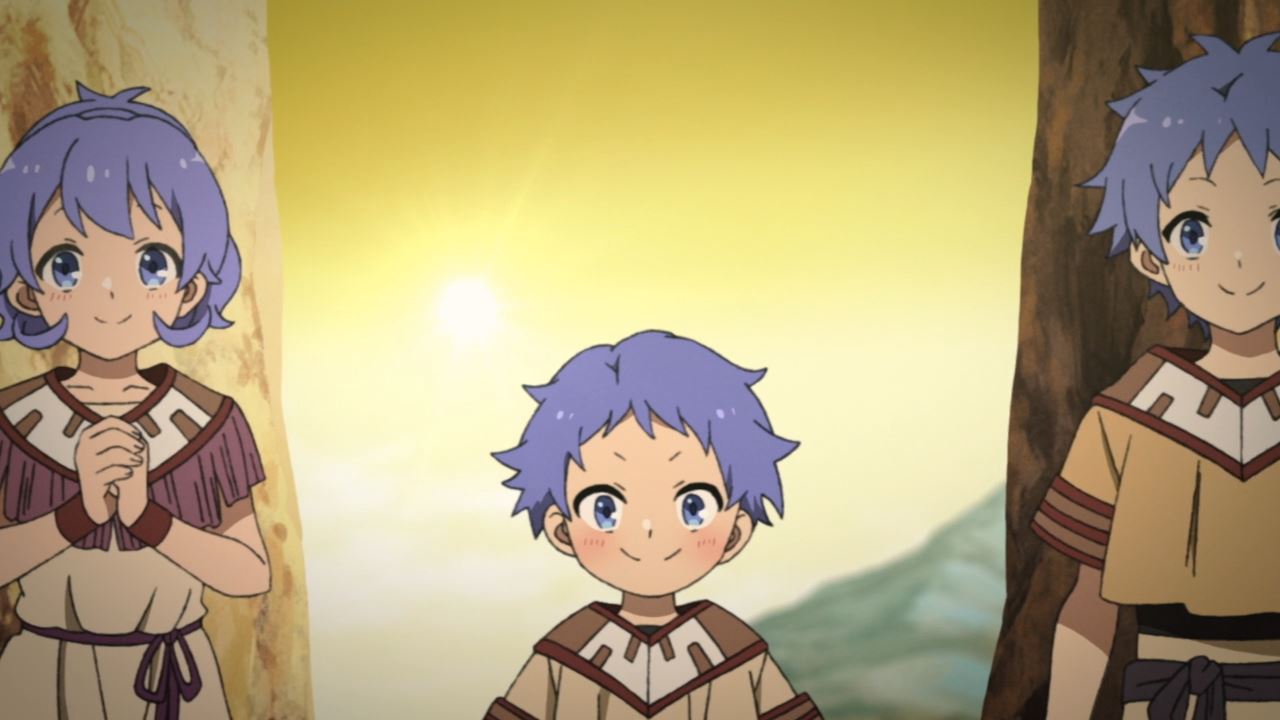 You see, Roxy Migurdia can see random flashes most of the time. Gotta say that it looked like camera flashes to me.

Now, I don’t know why she got this weird condition, but Roxy got freaked-out for it that she left her hometown at a young age without saying goodbye to her parents. 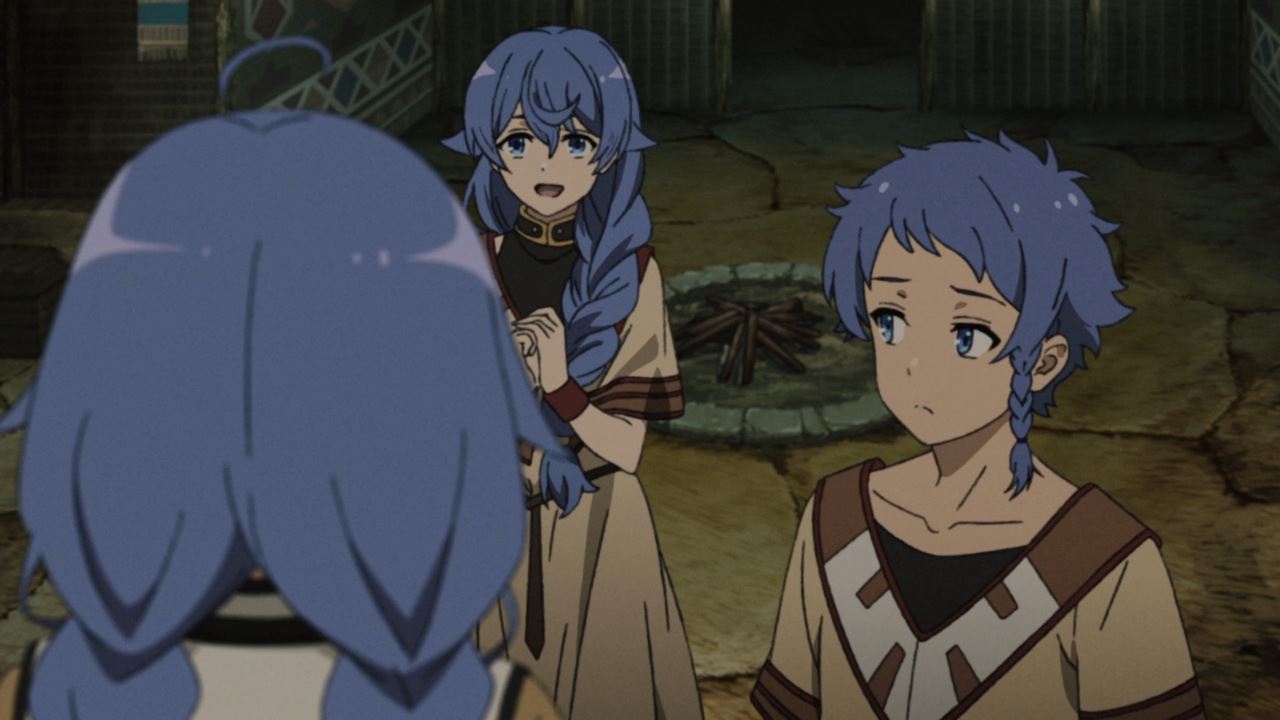 Yet for some reason, Roxy’s parents are surprised to see their daughter returned home as they really missed her so much.

It’s nice that they don’t have any hard feelings when seeing Roxy again. I guess it’s all thanks to Rudy where he managed to meet Roxy’s parents. 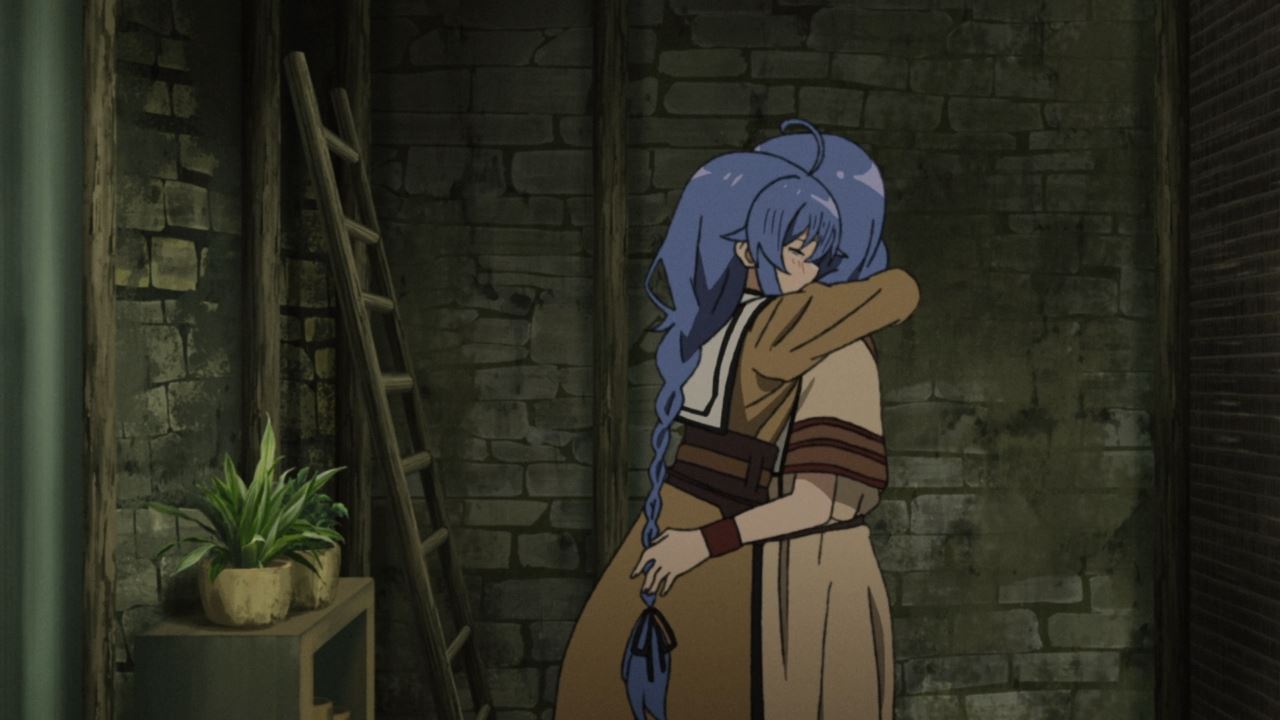 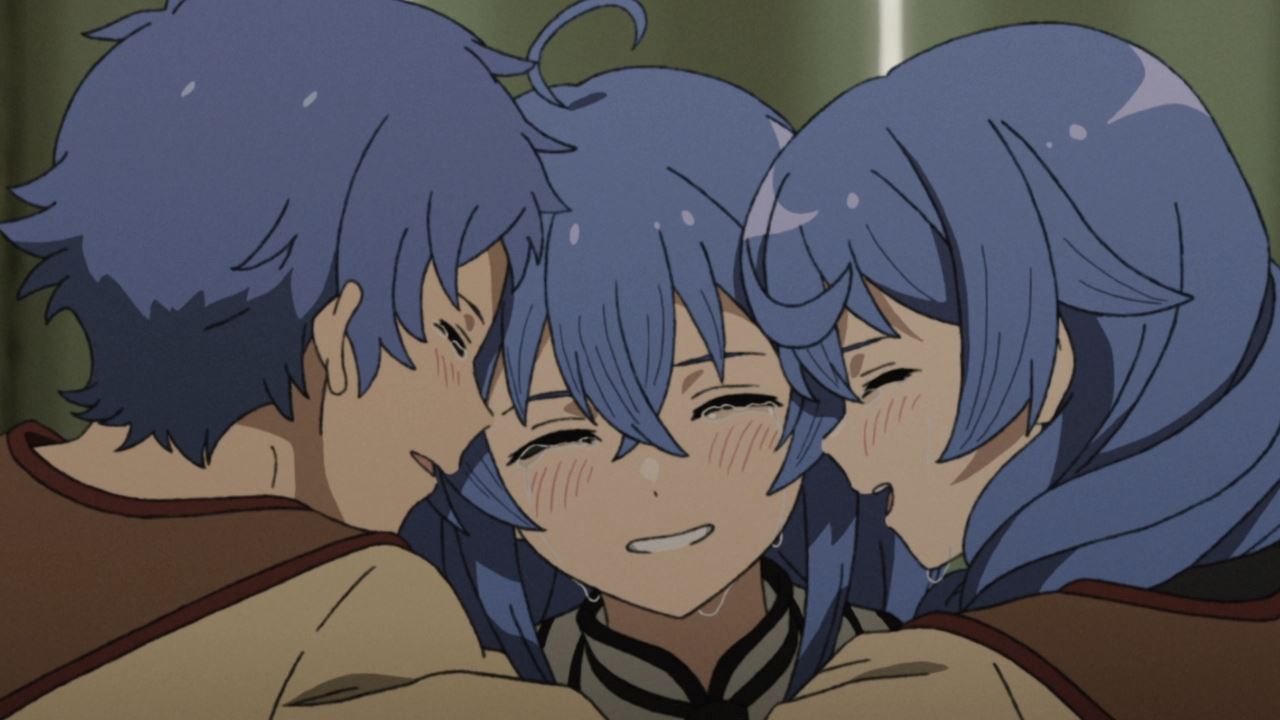 But anyways, I’m gonna end this post right here where Roxy Migurdia hugged her parents tightly. And while she’ll stay at her parents house for one night, Roxy will continue to find Rudy and Eris.

With that said, what a nice episode where I’m happy that Roxy got reunited with her parents. Of course, the next episode will be tougher as I’m hoping that Rudeus Greyrat and his party have arrived at the Central Continent safely.