Tsuki to Laika to Nosferatu Episode #07 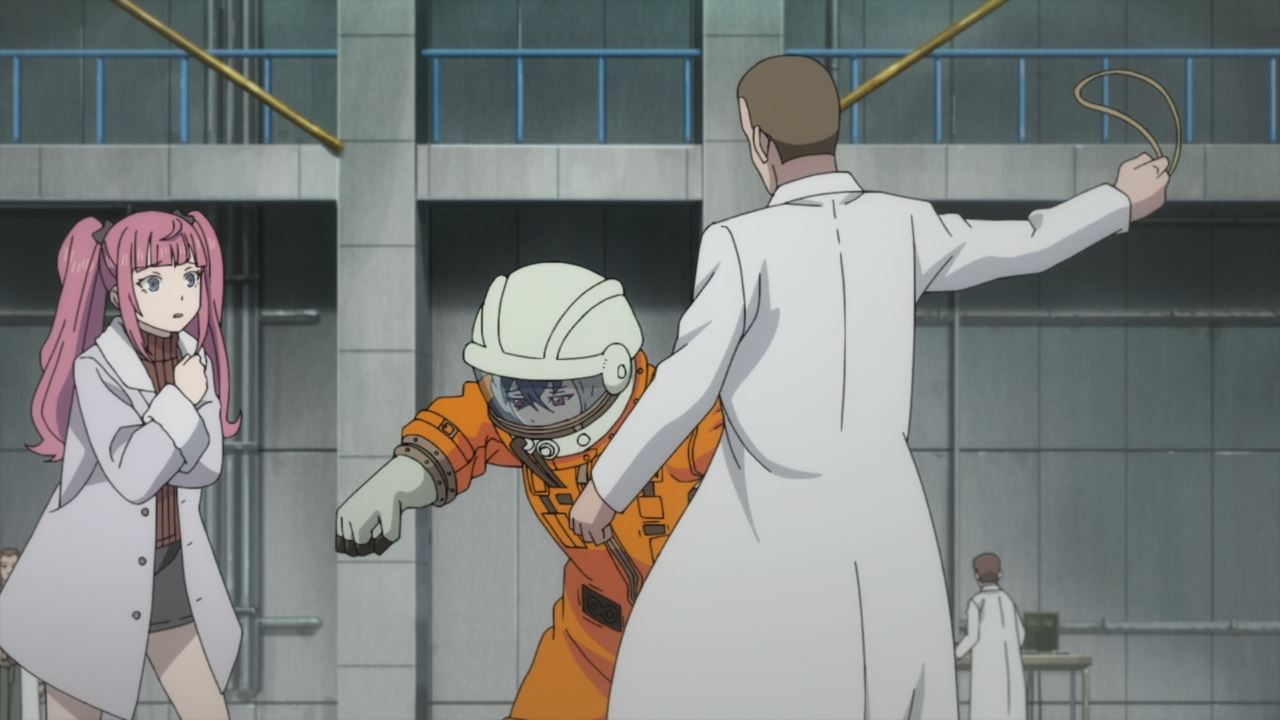 The day of the launch has arrived where Irina Luminesk tries to take her pendant with her, but the staff don’t want that as they try to take it away from N44. If only Lev Leps shows up… 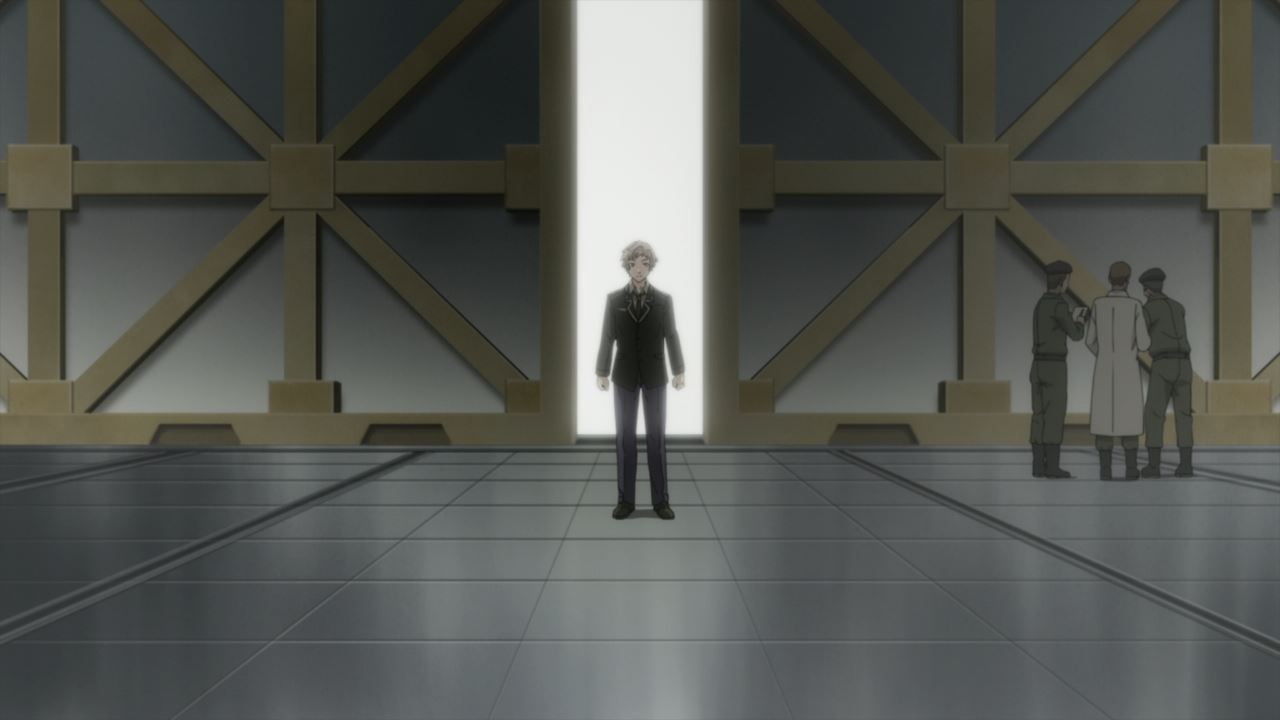 Well, speak of the devil as Lev has returned to protect Irina and return the pendant from that rude staff.

Oh, and don’t worry as he’s still an ordinary human being after being bitten by Irina on the previous episode. So, you want to know why Lev Leps is set free rather than being purged for insubordination? 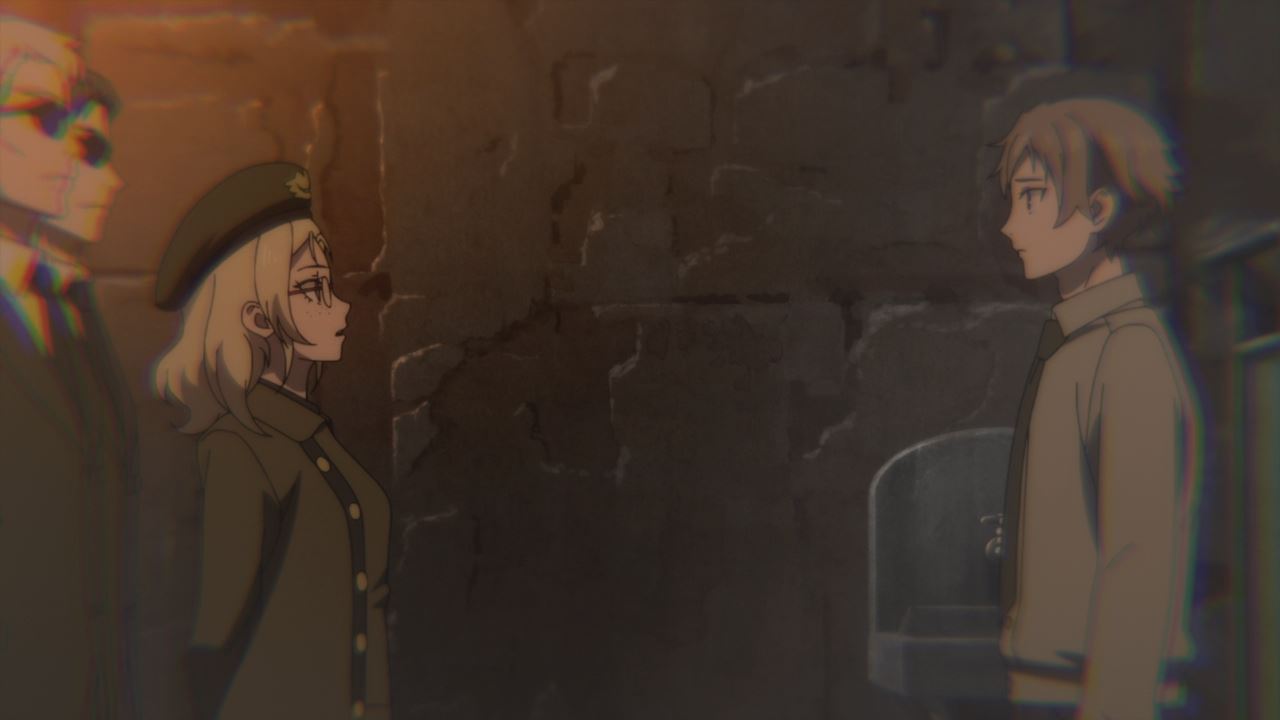 Turns out that Natalia is the one who sets him free as she explains that someone opposing the space program has sent an agent to sabotage it. This includes the centrifuge which had a malfunction on the previous episode.

Oh and as for Franz? Well, it was written out of the history books as the Federal Republic of Zirnitra purge him. Now then, I wonder what happened to the conspirators who tries to sabotage the space program now that Franz got killed? 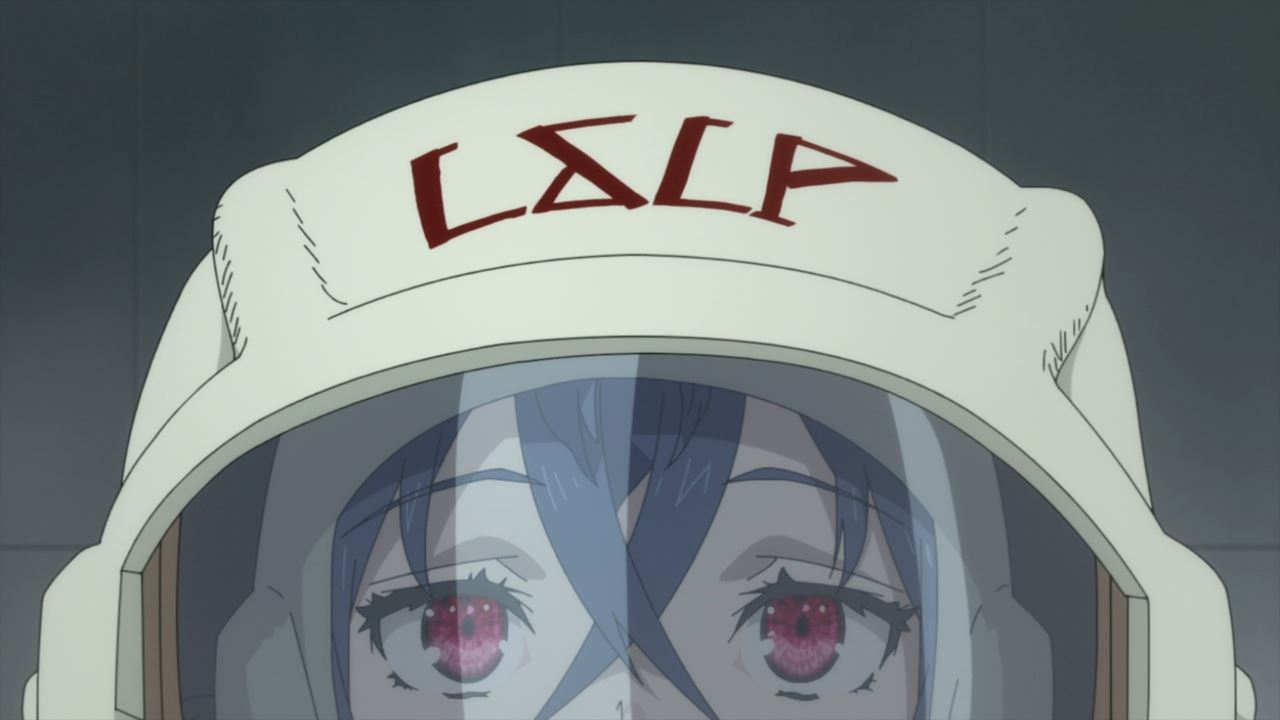 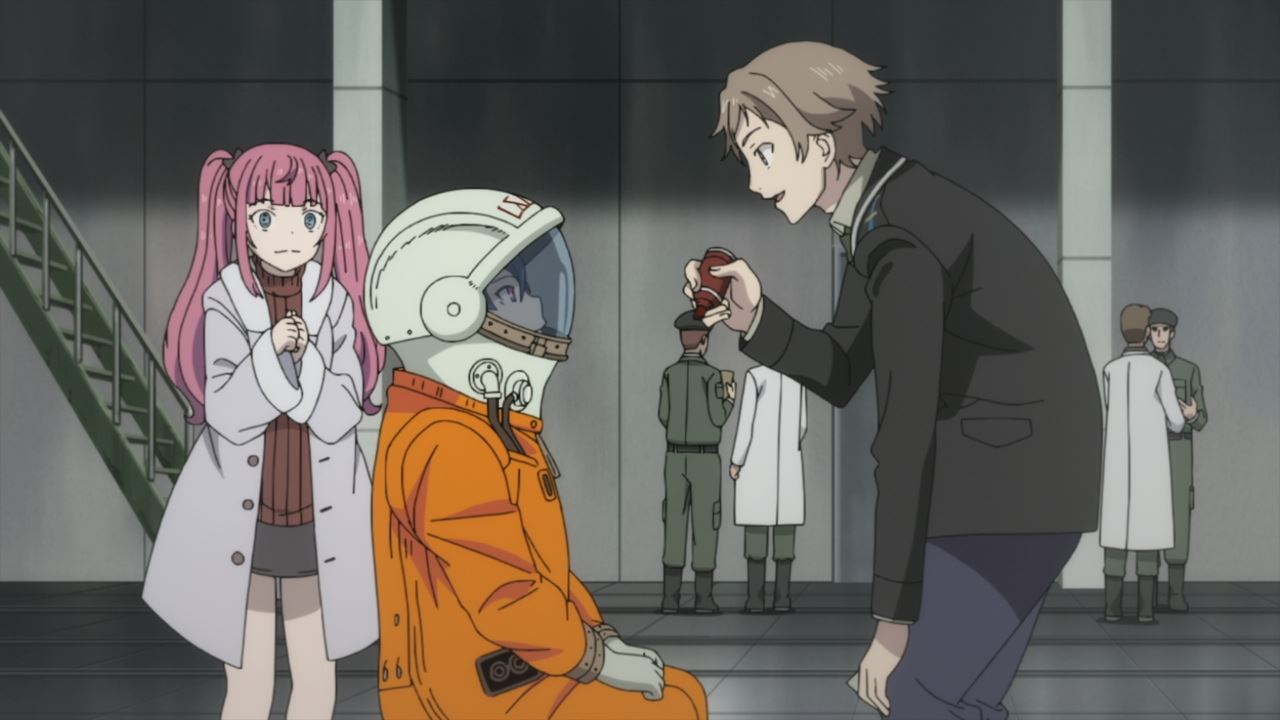 Anyways, it’s time for Lev to say some final words to Irina as she’ll be going to space, although Lev decides to write something on Irina’s helmet with a marker pen.

Still, I think the vampire will try to come back alive ’cause I don’t think Irina’s story will be over soon! 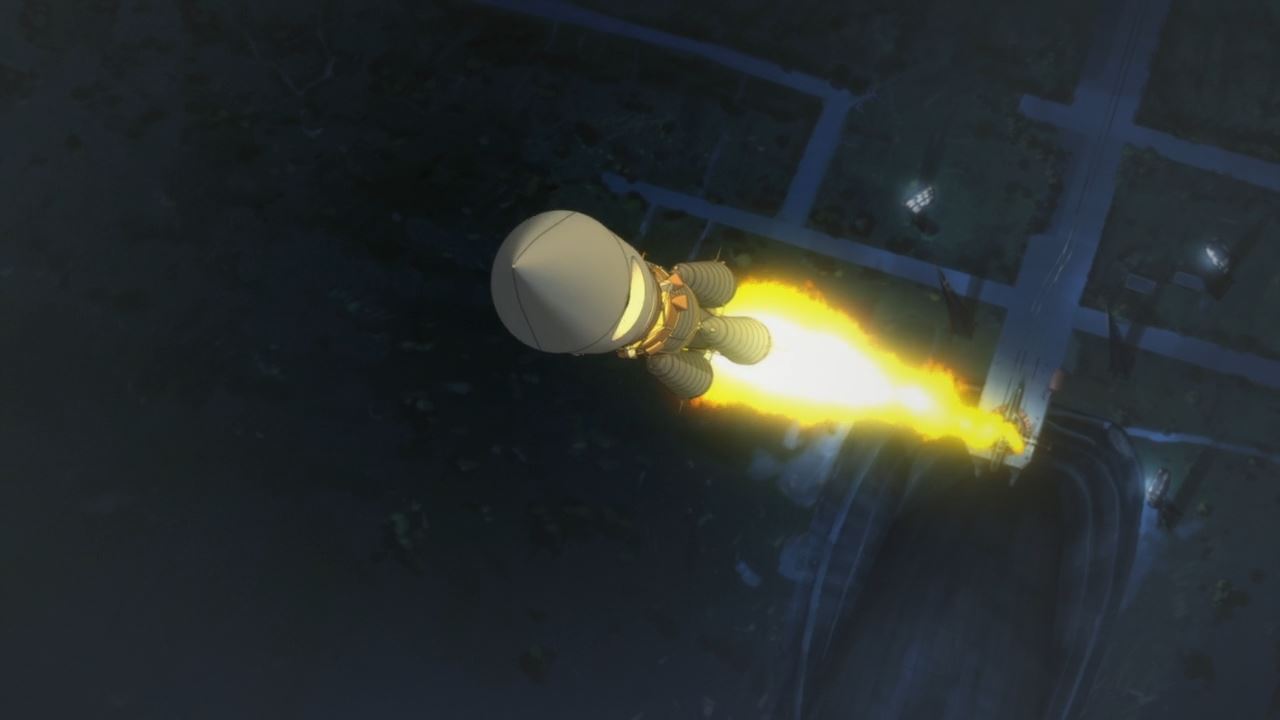 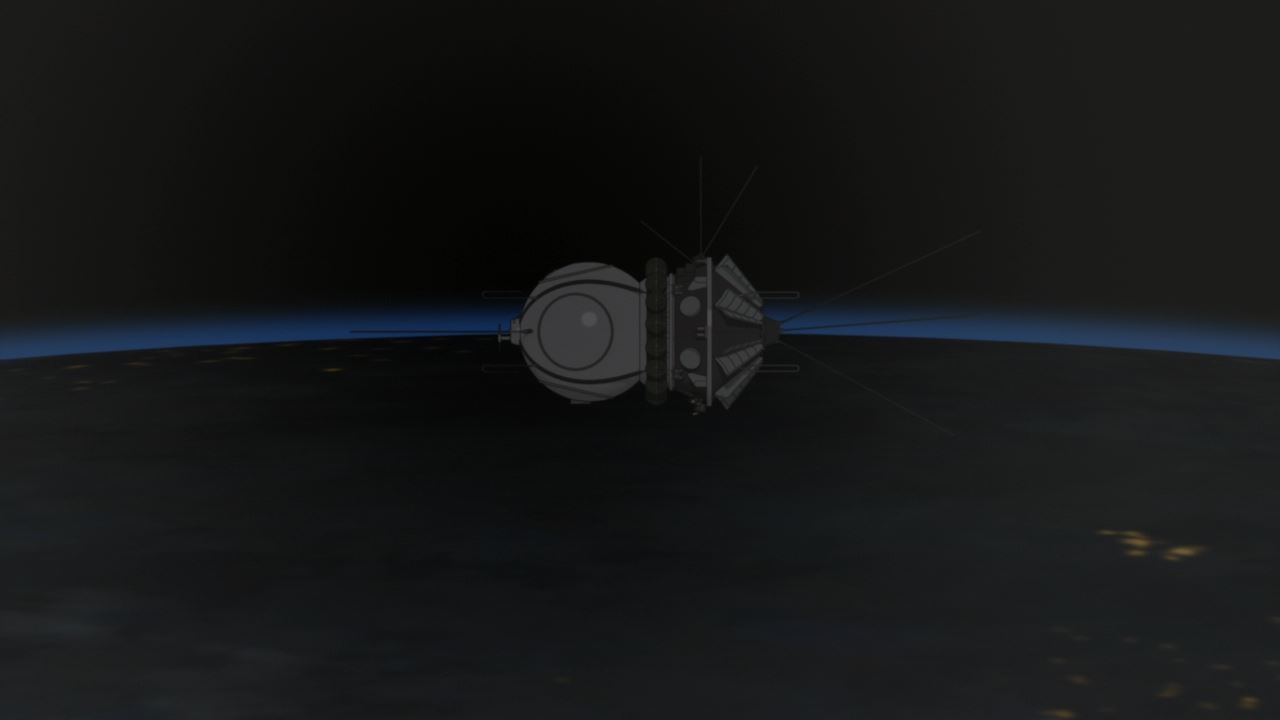 With that said, the rocket launched successfully as it managed to deliver the capsule into orbit. Of course, the only thing that worries Slava Korovin and his crew is whether N44 or should I say Lycoris survive the ascent. 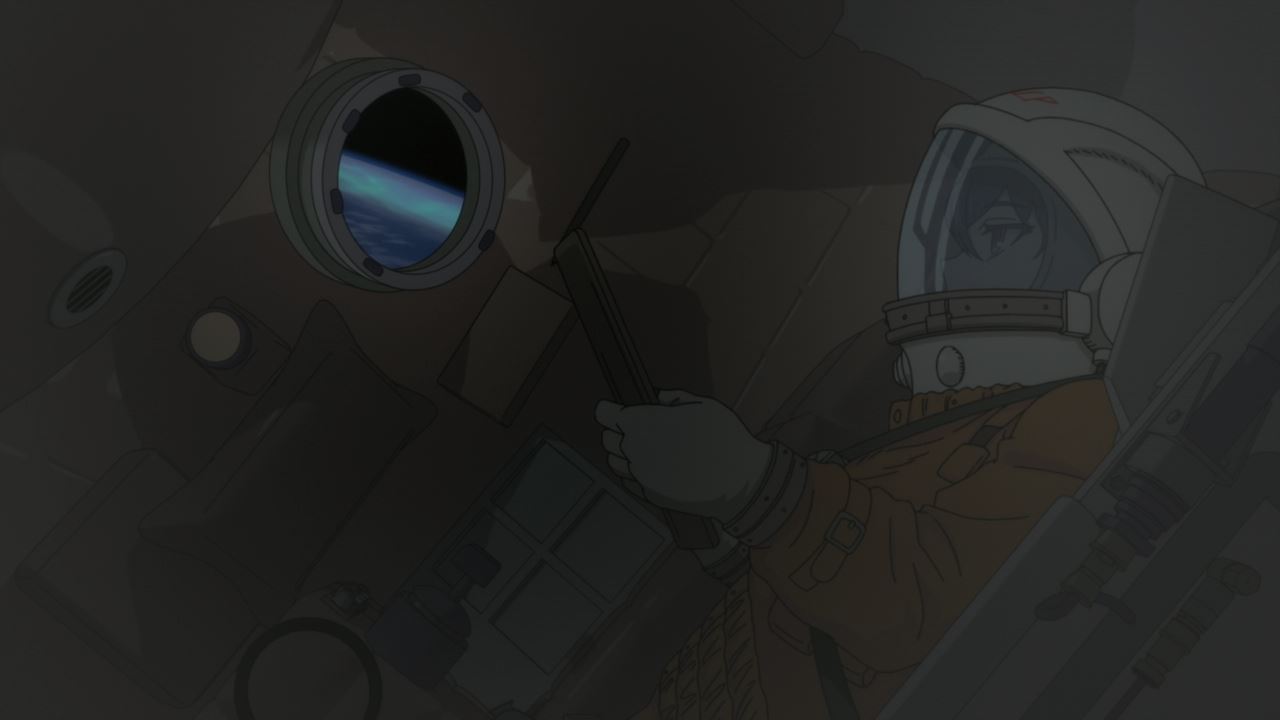 Well, Irina Luminesk survived as she’s conducting a cooking radio show so that the United Kingdom of Arnack won’t know that Zirnitra sent a vampire into space.

Of course, this feat will be lost in the history books since Zirnitra wants an actual human into space. Only the likes of Lev Leps knows the truth behind this momentous event. 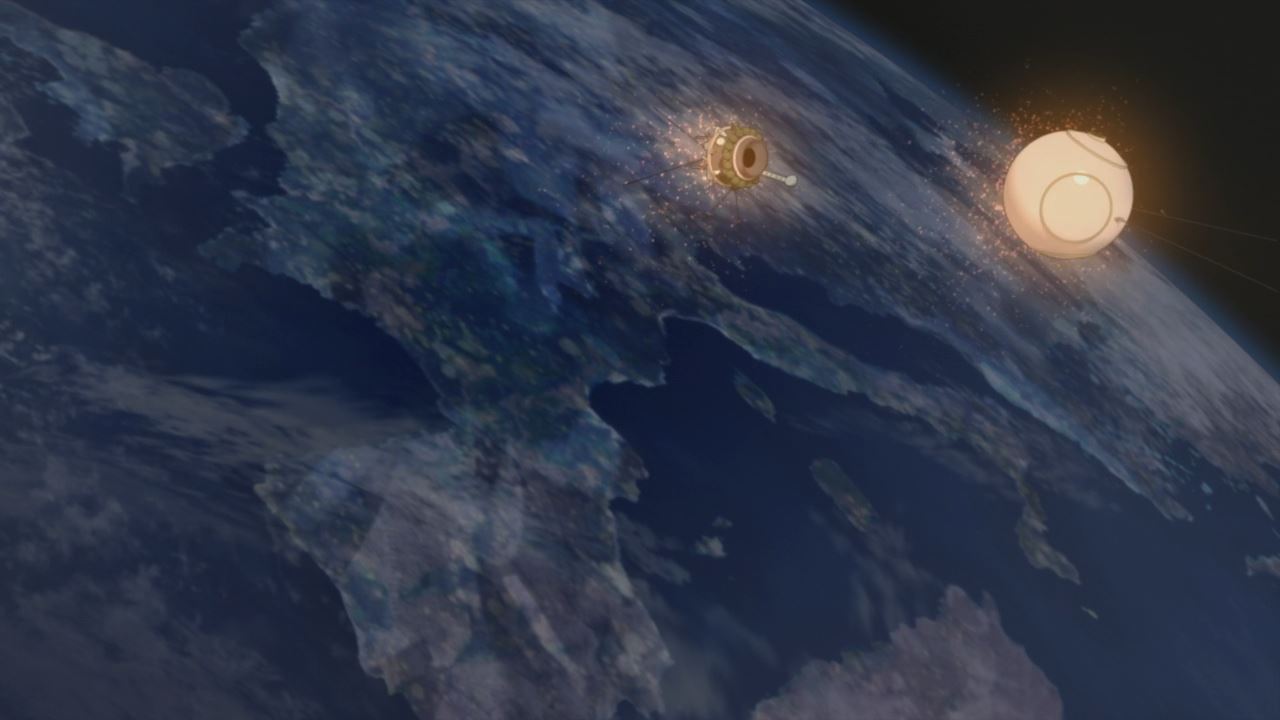 Now then, it’s time for the re-entry portion of the trip and while I’m worried that the military will blow the capsule if it lands onto enemy territory, it looks like Irina’s capsule landed within Zirnitra. 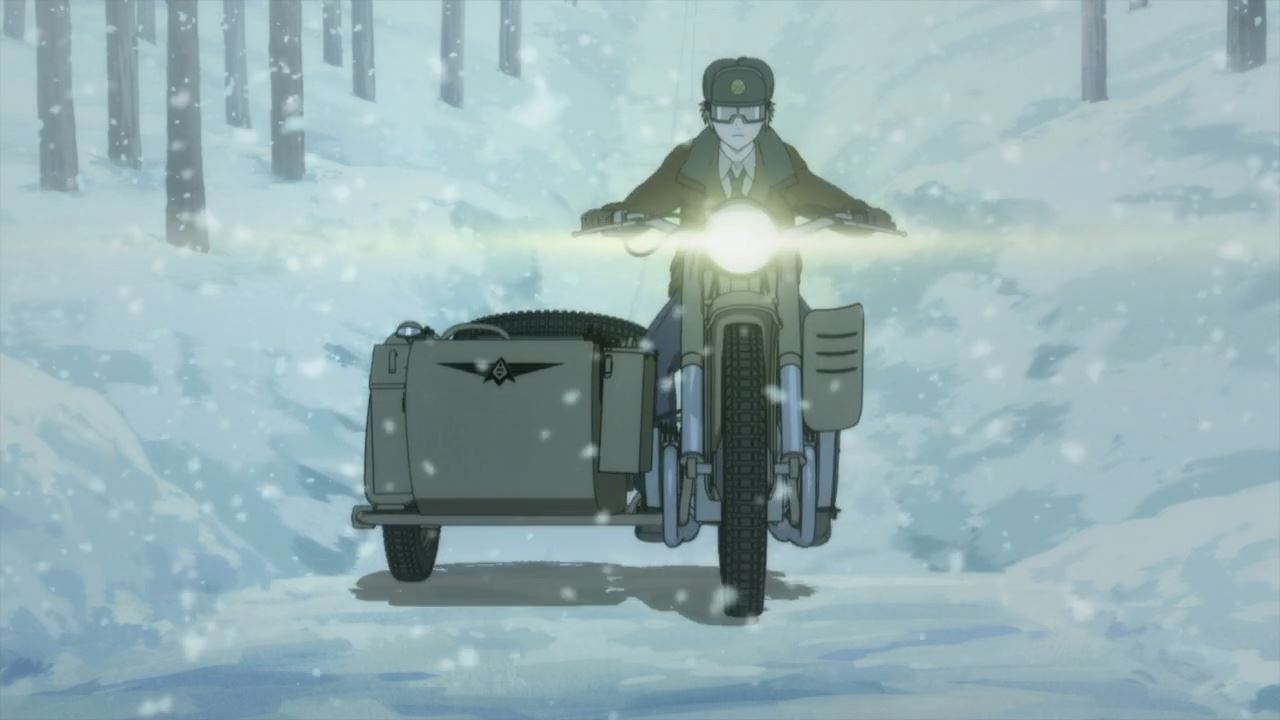 With that said, Lev Leps is on a mission to retrieve Irina Luminesk before she’s frozen to death. Then again, Lev should be careful when riding across a slippery road. 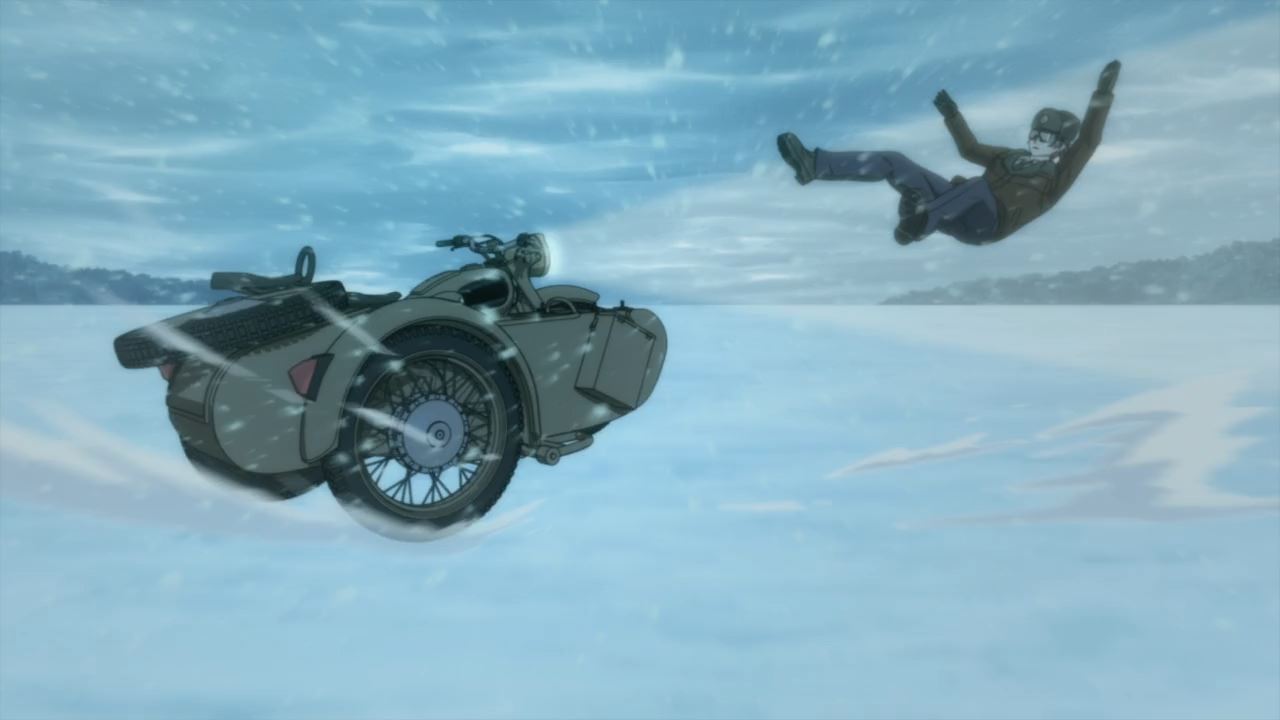 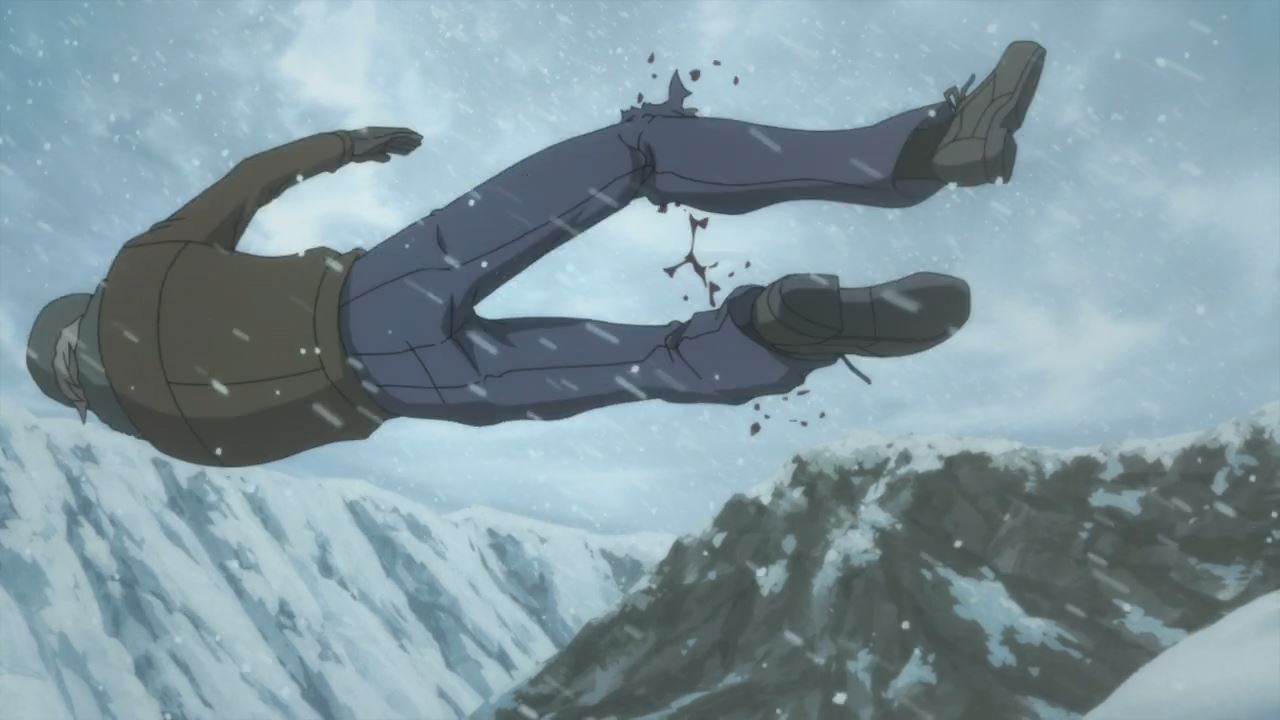 And as you can see, he lost control of his tricycle and got a nasty scratch in the knee. But upon closer inspection, I feel that Lev somewhat broke his right knee which would hinder his ability to land safely. 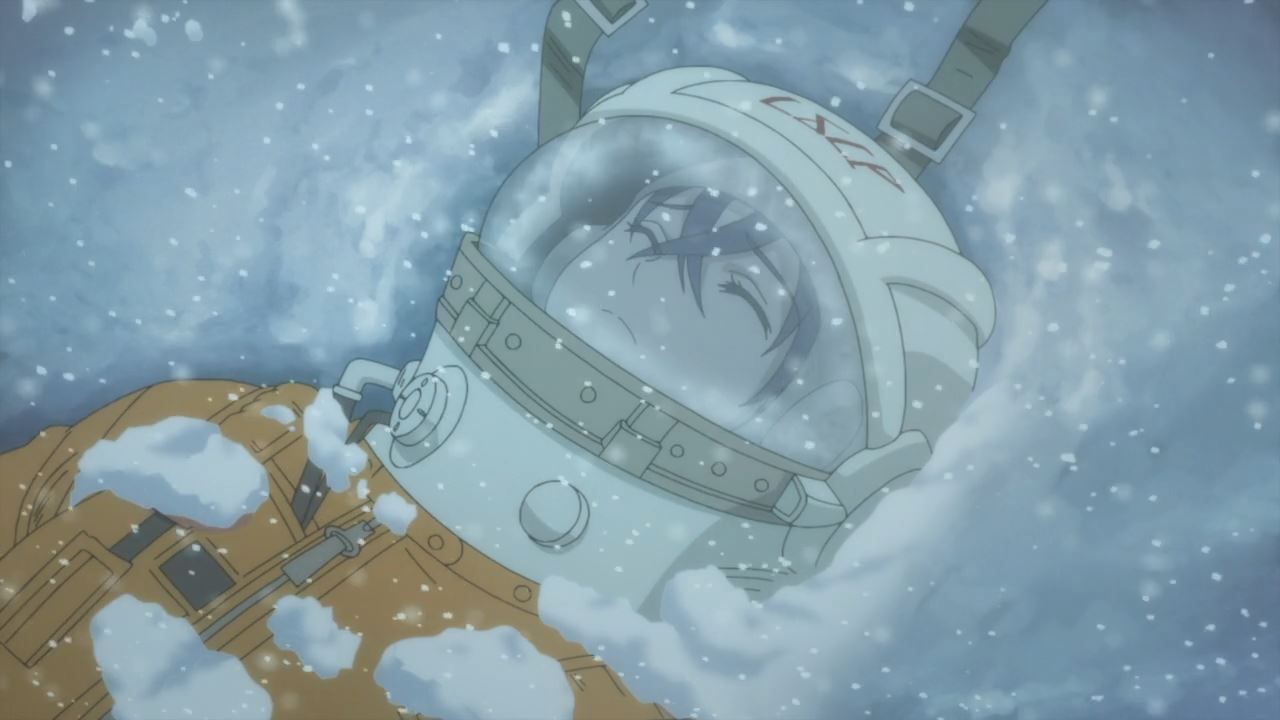 But anyways, he managed to find Irina Luminesk where the vampire is still breathing. Unfortunately, it’s too dark to return to the base, so both Lev and Irina will have to stay under the parachute for now. 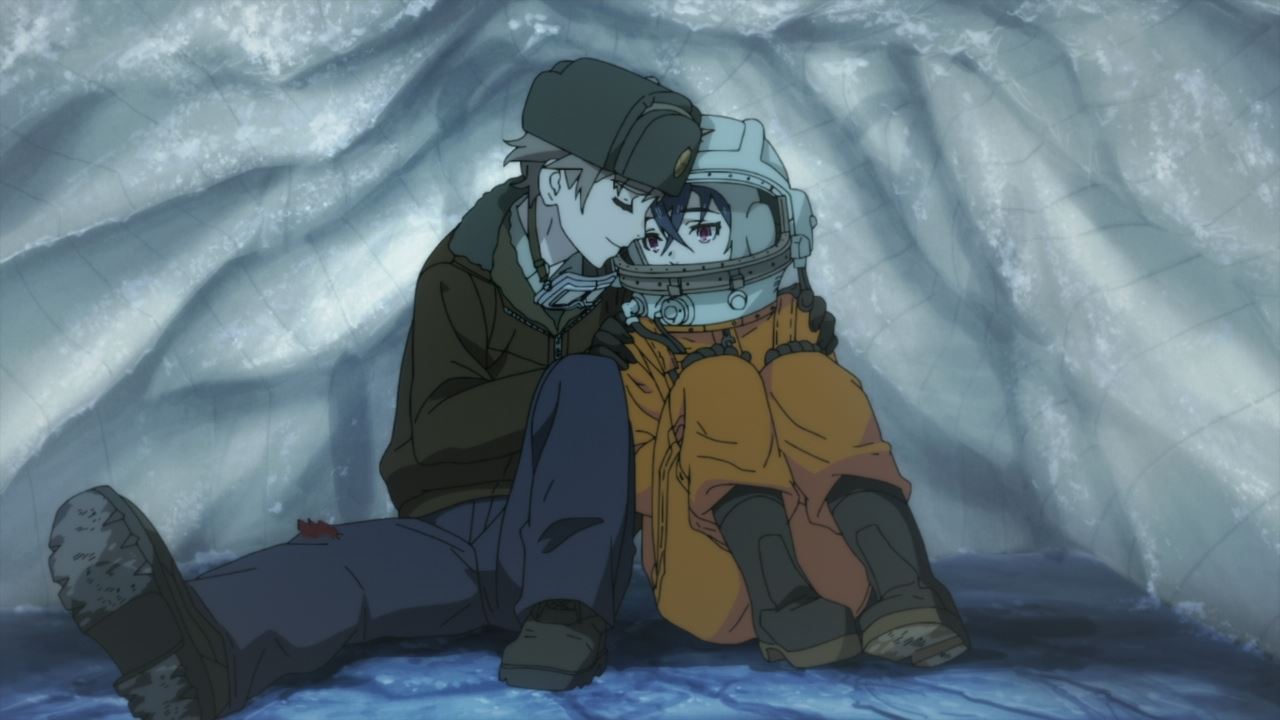 And that’s about it for this episode where Irina beat the humans to the punch as she reached space and returned safely. Of course, the only thing left to do is for Lev Leps to train harder in order to be selected since he’s motivated to reach the stars.

As for Irina Luminesk’s fate, I’m hoping that Zirnitra won’t try to kill her because I want to see the vampire till the end of this show. Anyways, tune in next time!

2 Responses to Tsuki to Laika to Nosferatu Episode #07