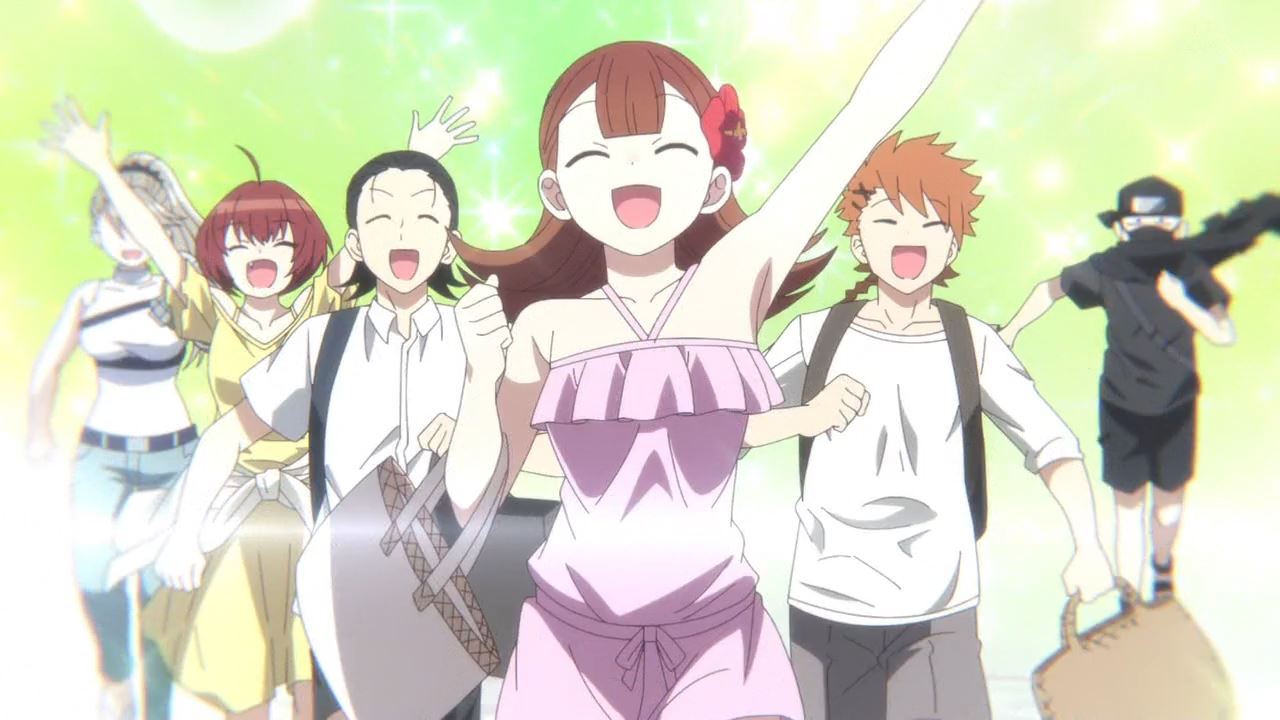 Let’s start this episode with Ren Yamai where she met Shouko Komi by coincidence or should I say following her.

Also, Yamai-san brought her friends or what I call them as the Komi Imperial Guard. You have some lady in armor, Akako Onigashima, Taisei Sonoda, Shigeo Chiarai, and Mono Shinobino. 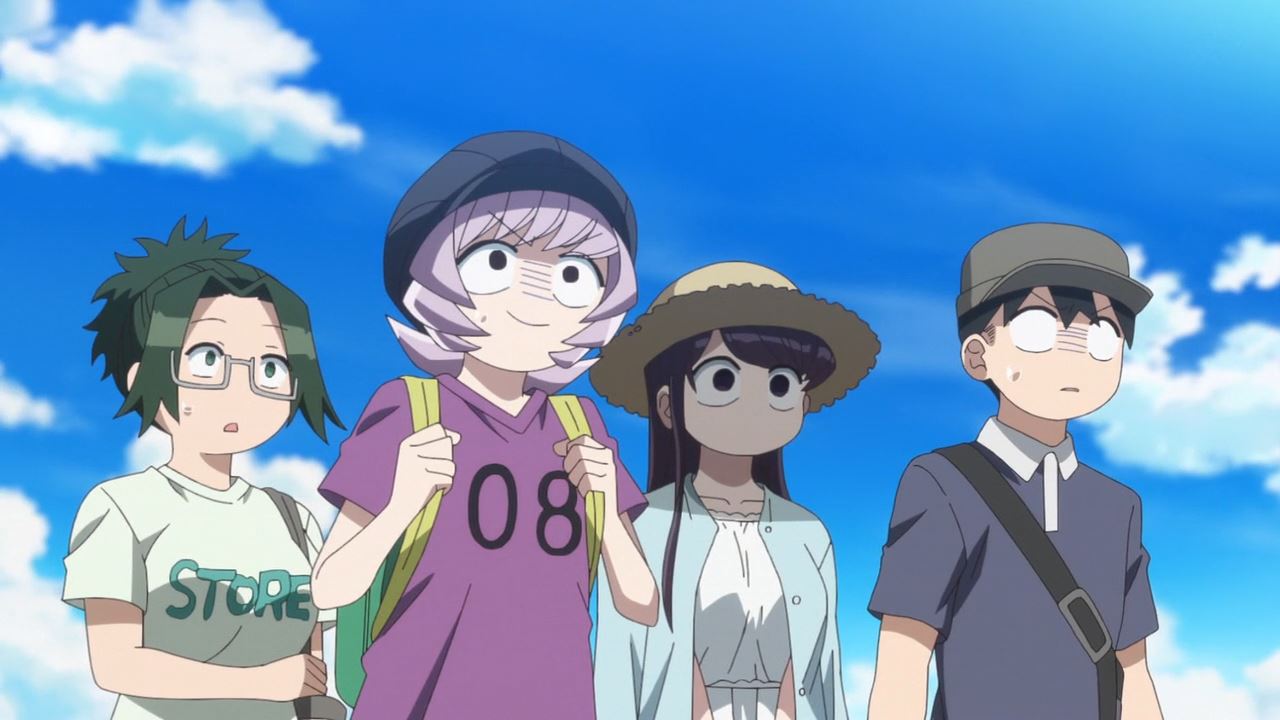 And while having more people is better, the truth is that Komi-san can’t handle lots of them as they’re basically gawking over her. 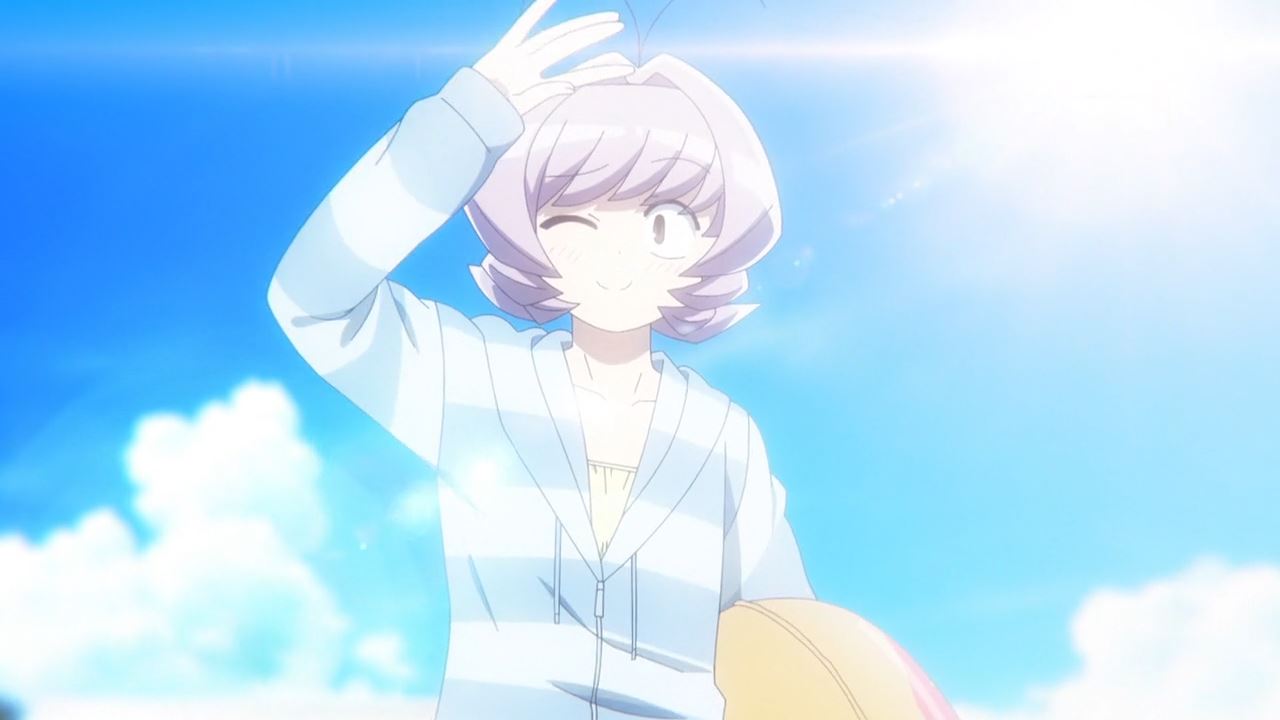 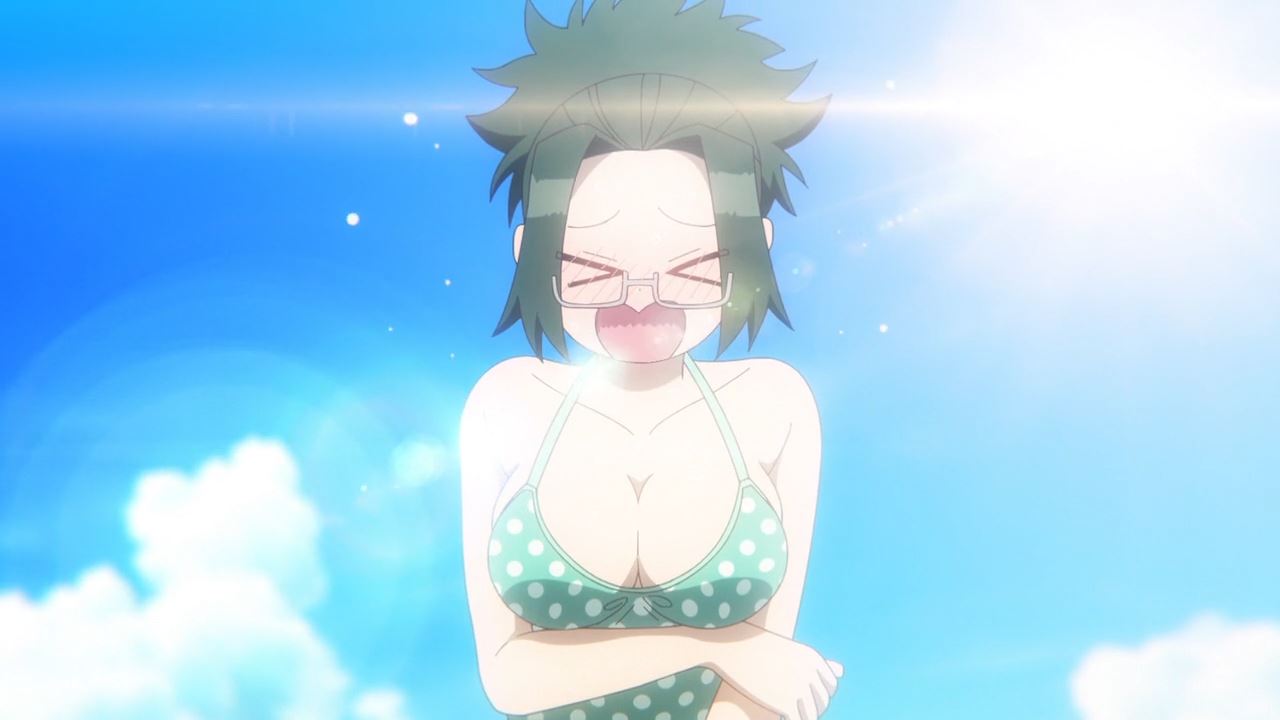 Anyways, time for the beach or should I say the pool episode where let’s start things off with both Najimi Osana and Himiko Agari. Gotta say that they looked stunning, especially Agari’s tits! 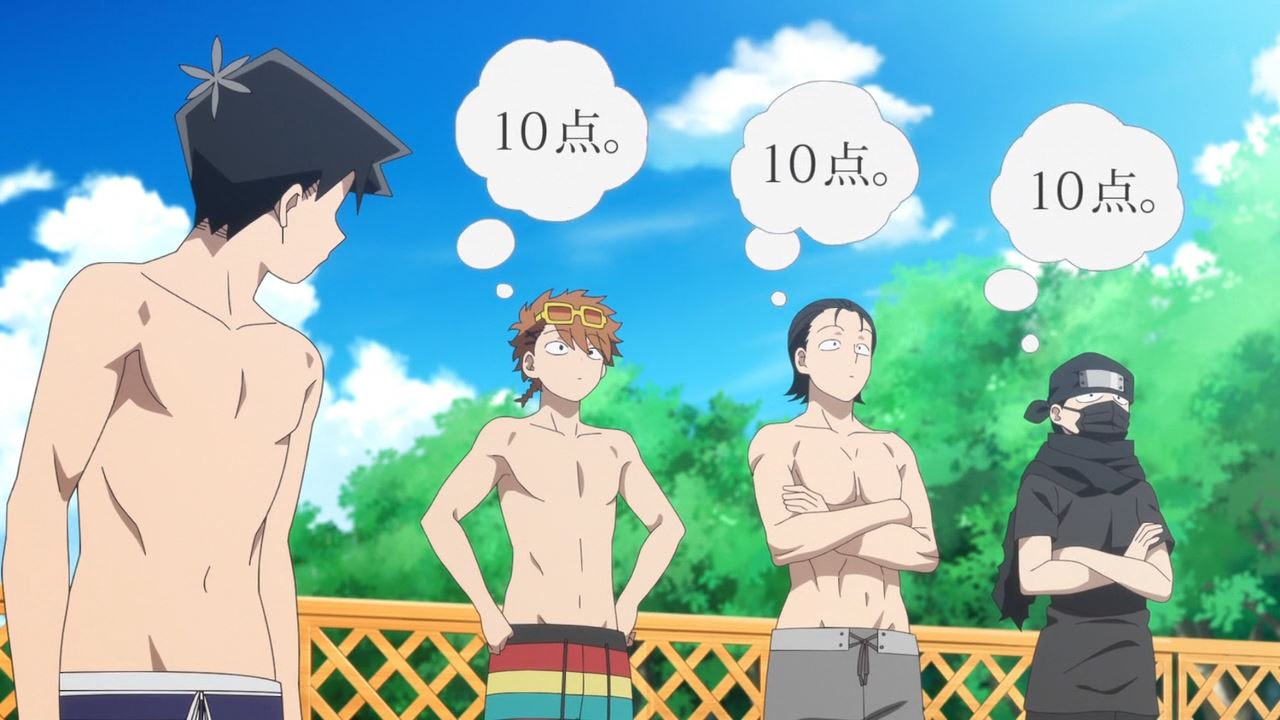 So much that despite being diehard fans of Komi-san, the imperial guard gave them a perfect score. C’mon, they can’t deny on Najimi and Agari-san’s sexiness! 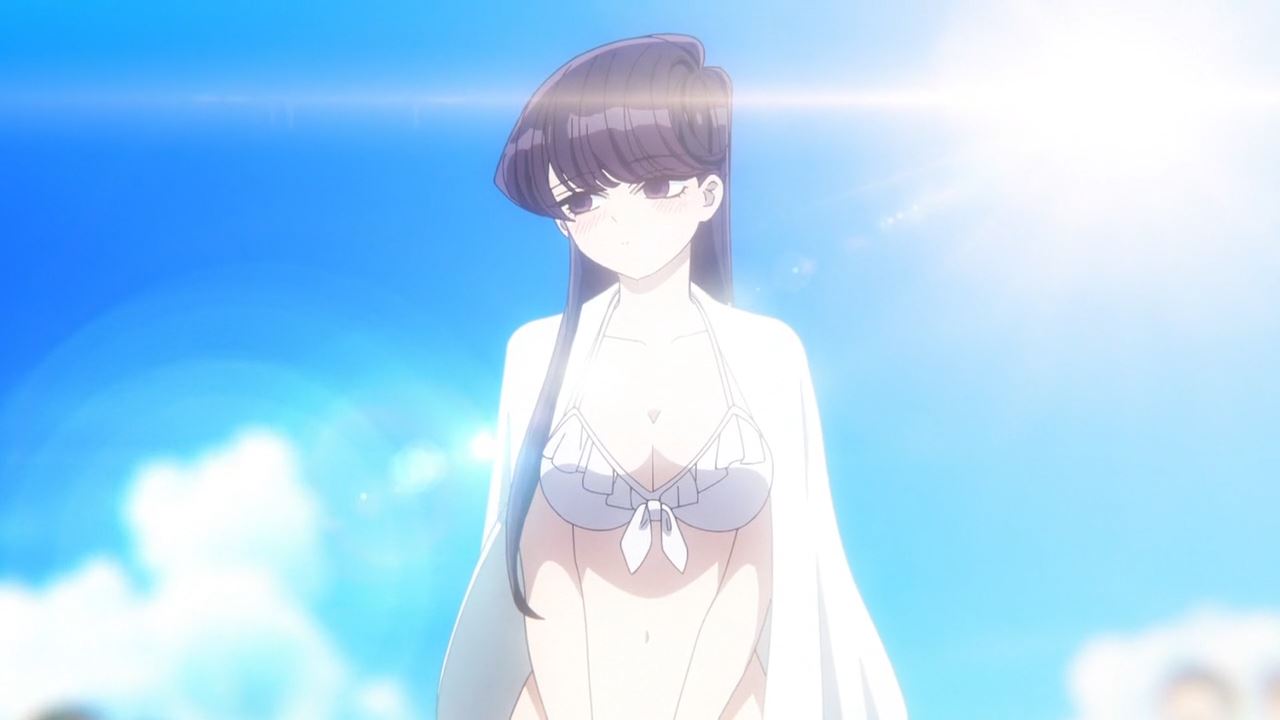 But here’s the main event as Shouko Komi graced the pool as she’s wearing a bikini, although Komi-san planned to wear her school swimsuit before Yamai-san bought a new one. 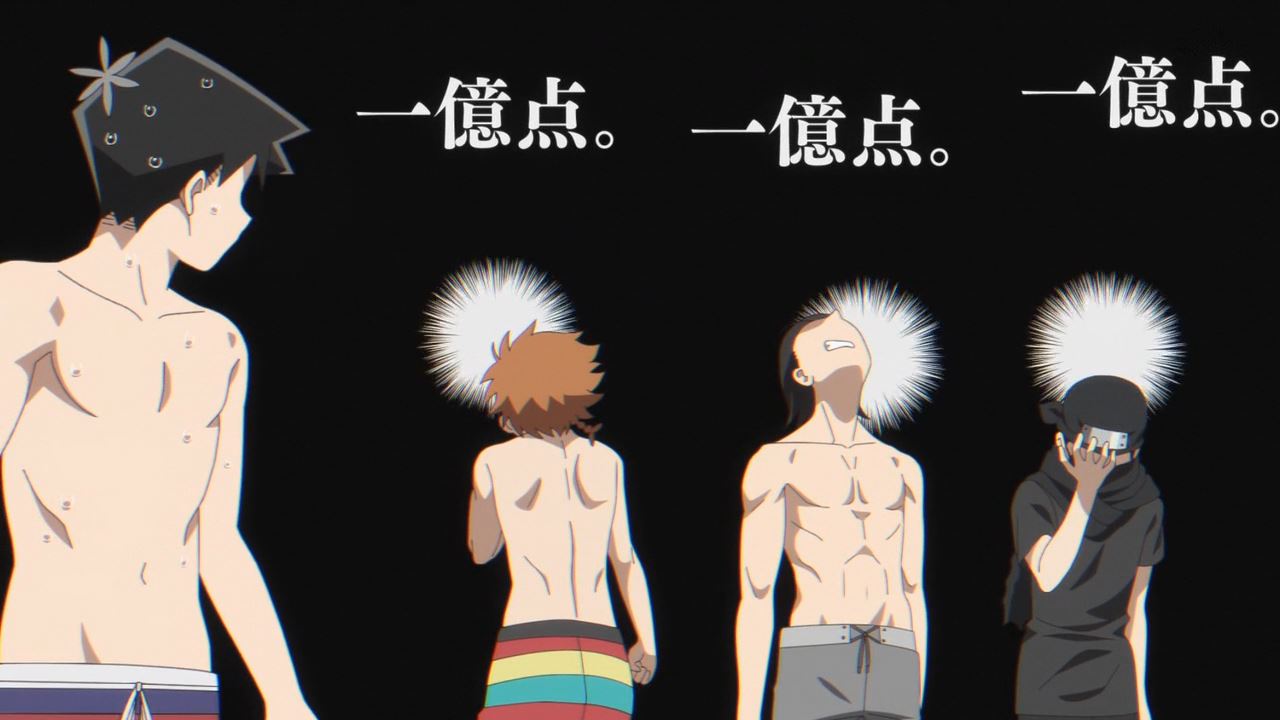 Anyways, looks like the imperial guards gave her OVER 9000 points! She’s pretty much unmatched by everybody. 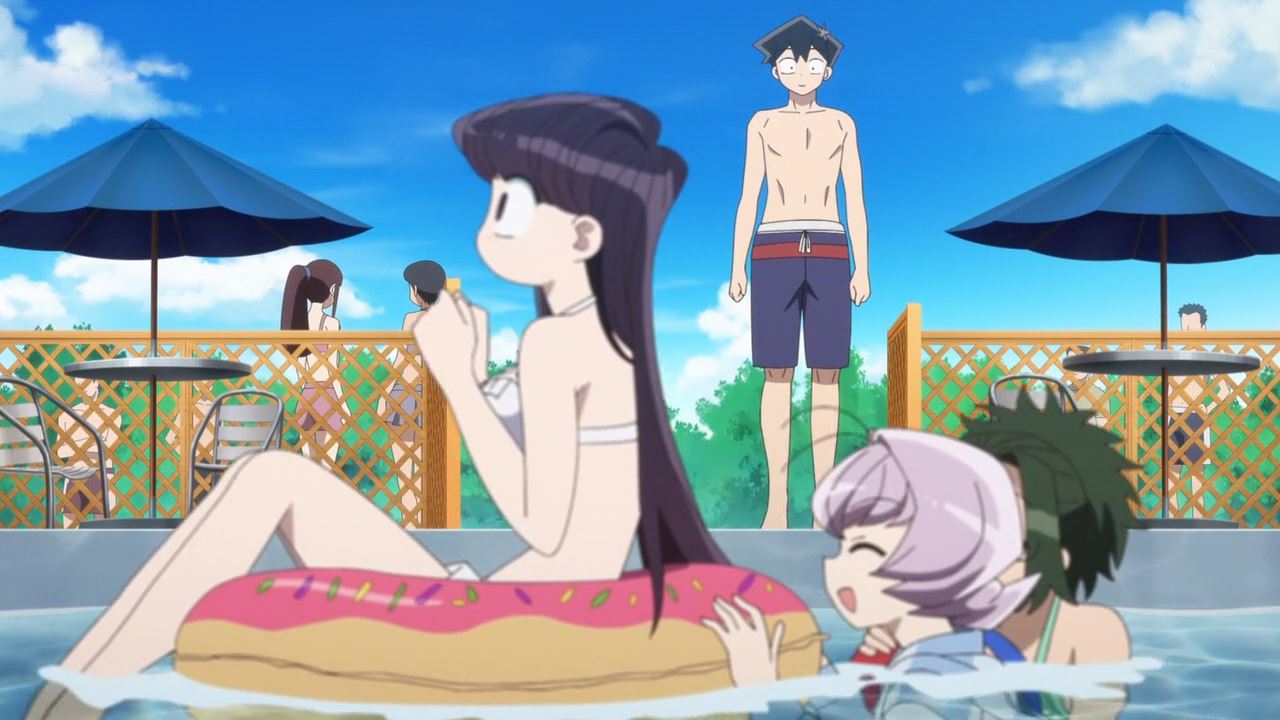 Now then, it’s time for everyone to relax at the pool. Well, except for Hitohito Tadano where he just watch them slowly float at the lazy lake. 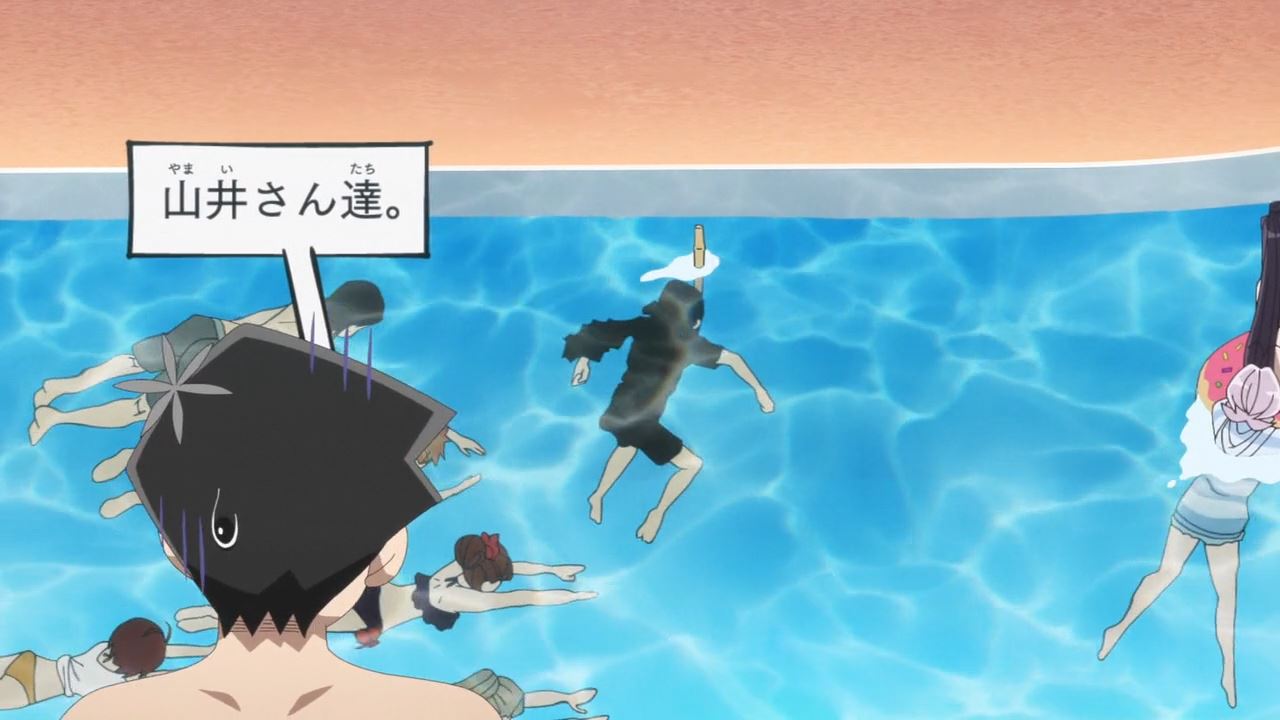 Oh yeah, here’s the Komi Imperial Guard where they’re just tailing their goddess. Man, I wish Yamai-san and the rest should enjoy swimming at the pool instead of being stalkers. 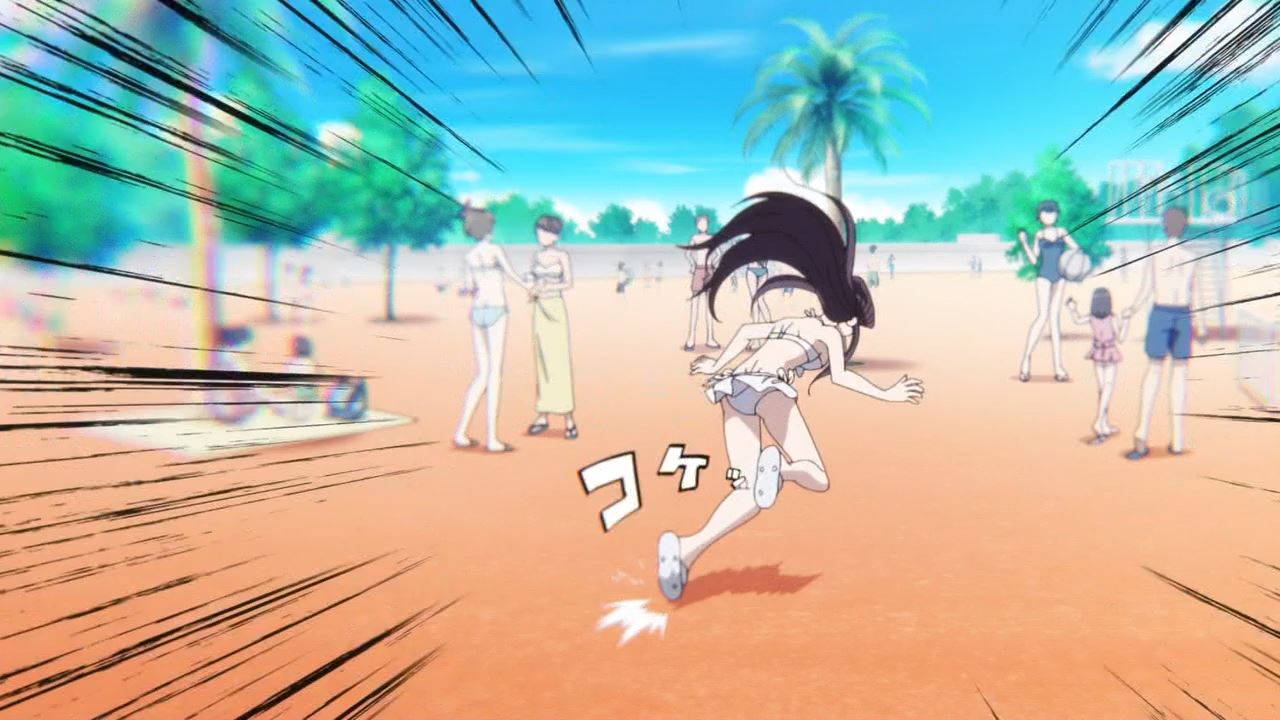 Unfortunately, their fun has cut short when Komi-san tripped. Oh no, it’s like the world has ended when the goddess fell down. 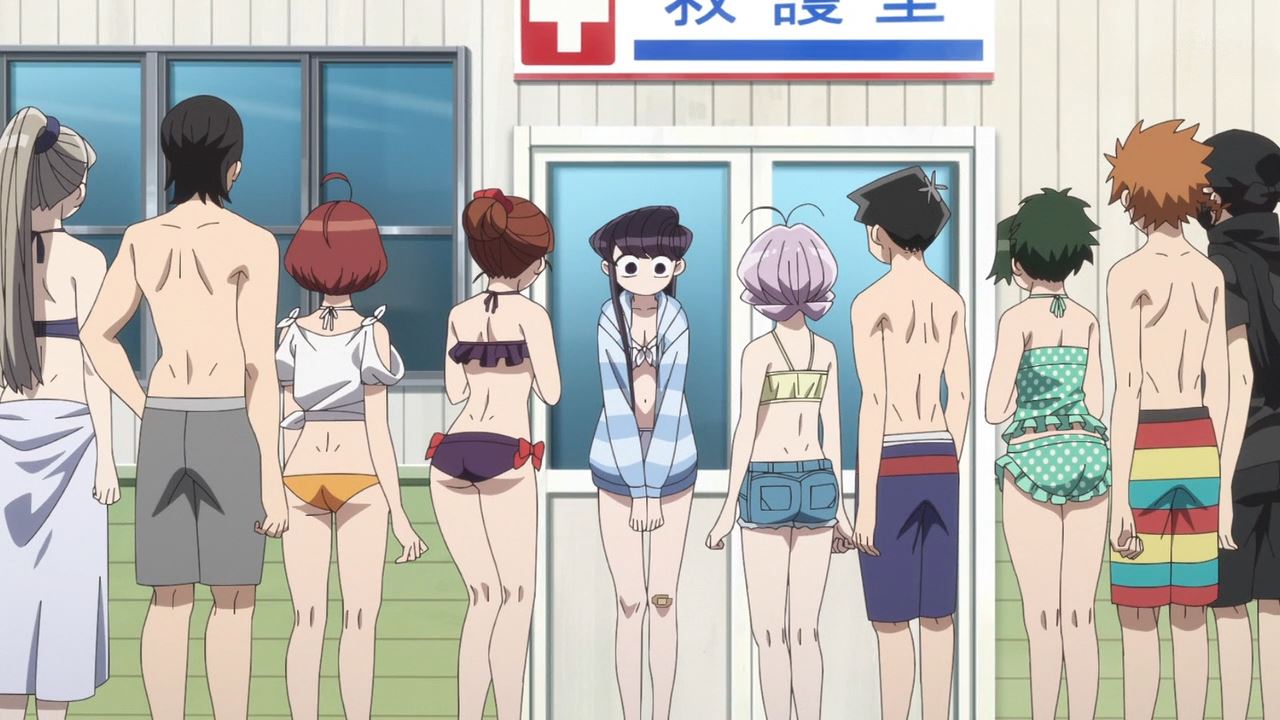 Good thing that Komi-san is fine as she only got a scratch on her knee. Still, Yamai-san and the rest will take it seriously as they don’t want their goddess getting hurt. 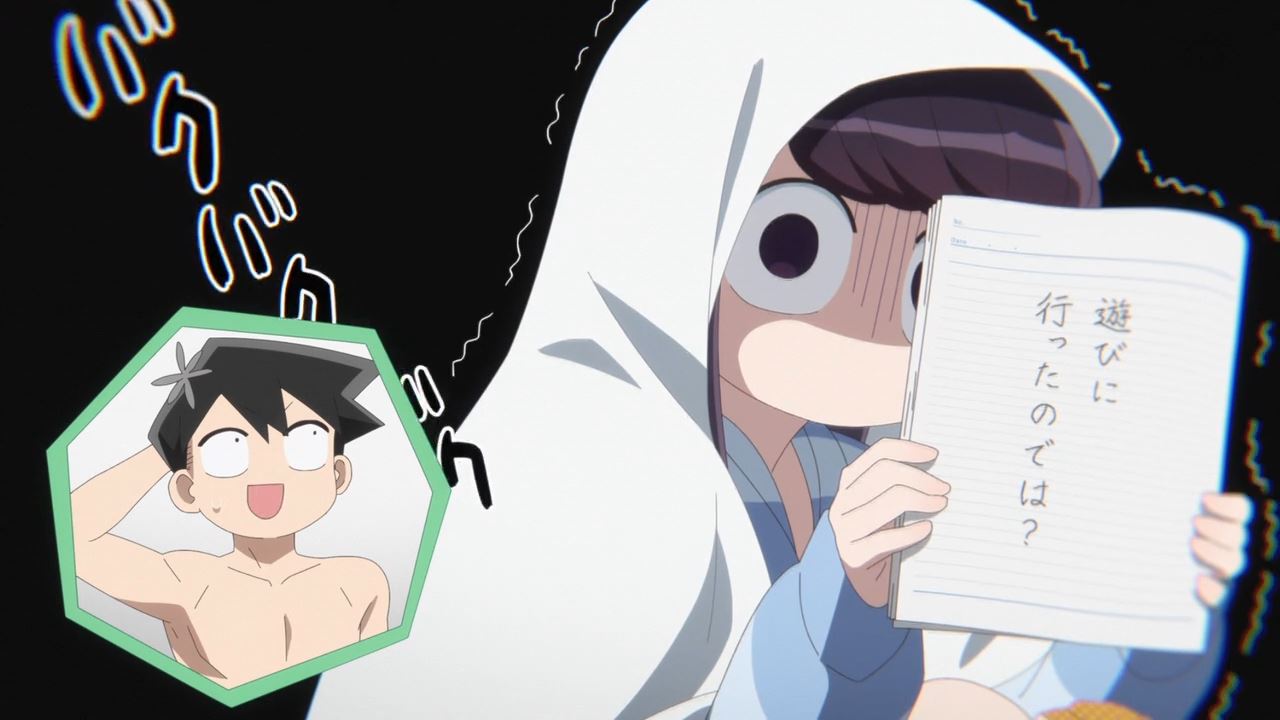 But this is a problem for Komi-san where she blamed herself for ruining their fun, although I would say that it was just an accident that she can prevent it. 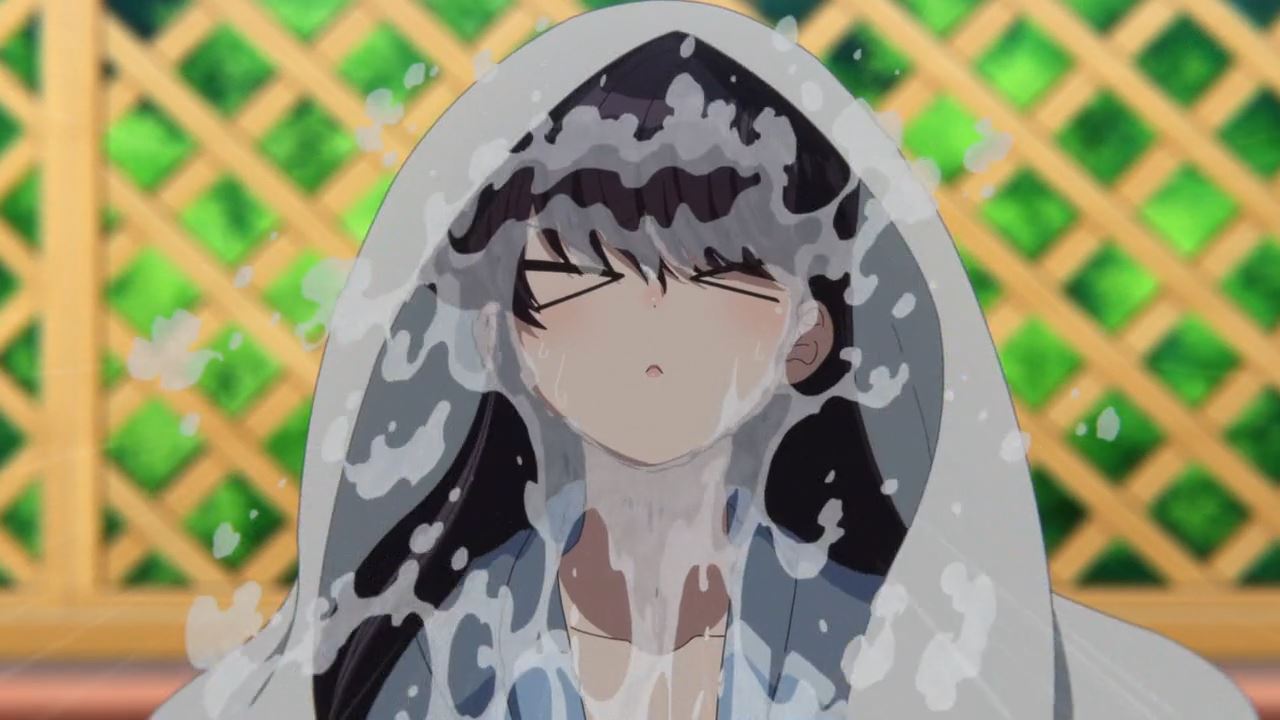 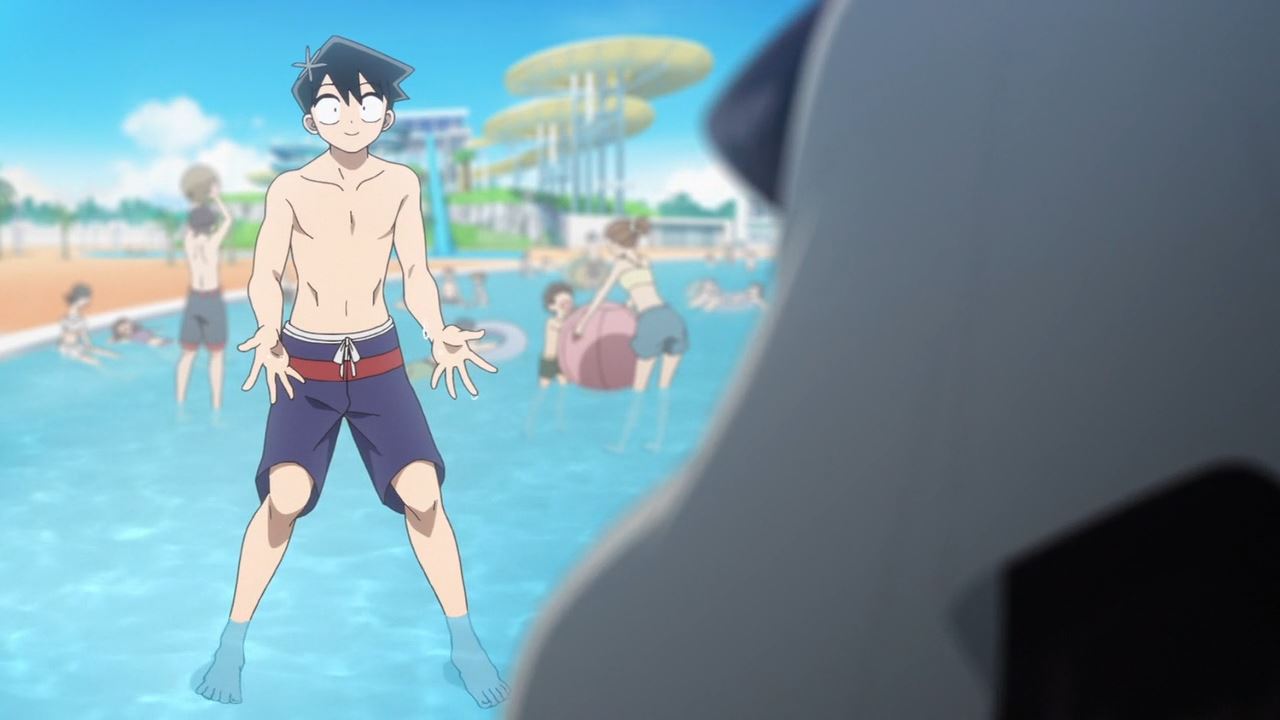 Of course, Tadano-kun doesn’t want Komi-san feeling depressed as he splashes some cold water onto her face. C’mon, he wants Komi-san to continue having fun at the pool rather than being bother by her accident. 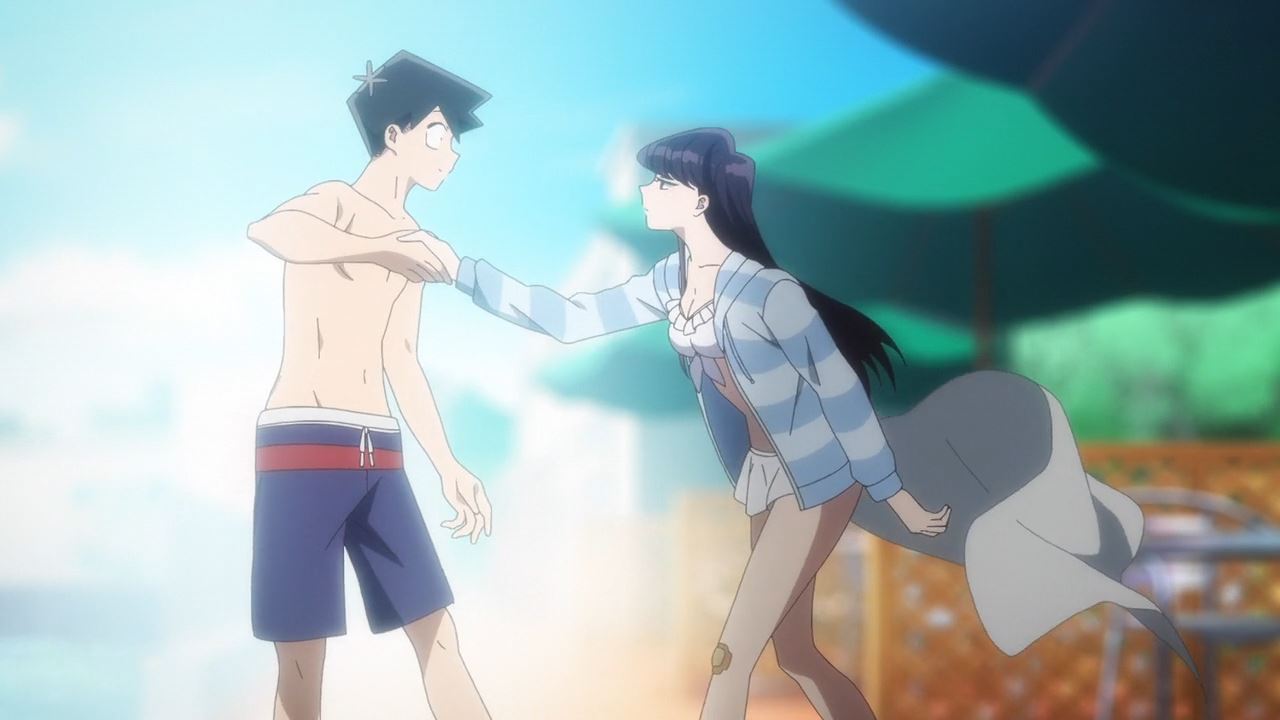 Anyways, glad that Hitohito Tadano helped Shouko Komi rather than acting awkward at the pool. Also, I’m hoping that Komi-san will be careful so that she won’t get into another accident. 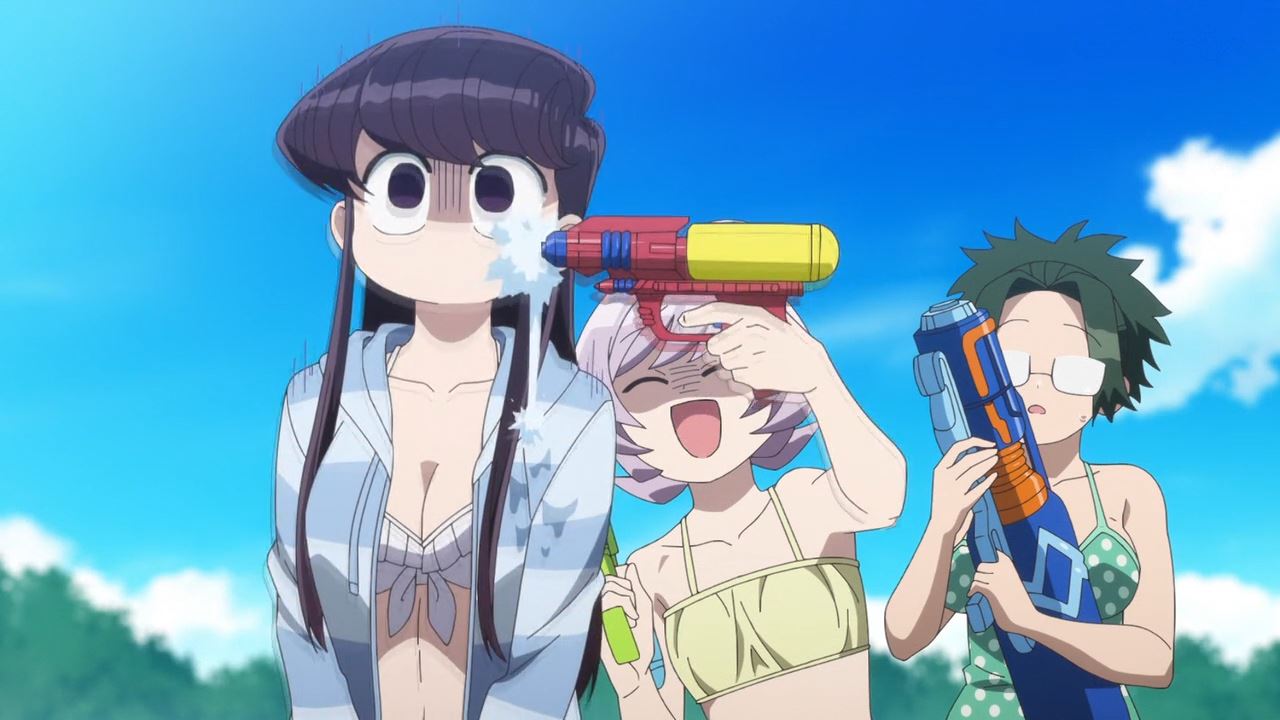 Now then, it’s time to wrap things up where Najimi Osana and Himiko Agari brought their water guns for a shoot-out. Wait a minute, where’s Ren Yamai and the rest? 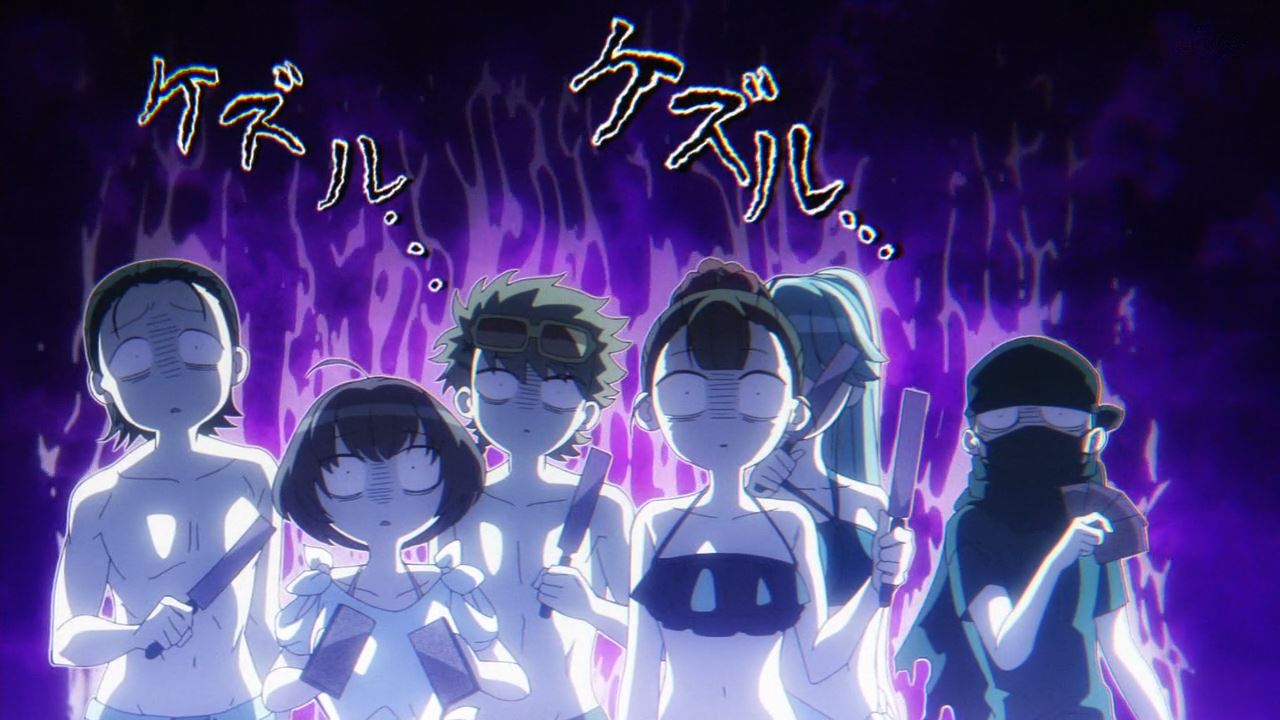 Oh, they’re busy fixing the spot where Komi-san tripped and fell down. Seriously, the Komi Imperial Guard are making a big deal about her accident. But hey, they had much fun at the pool! 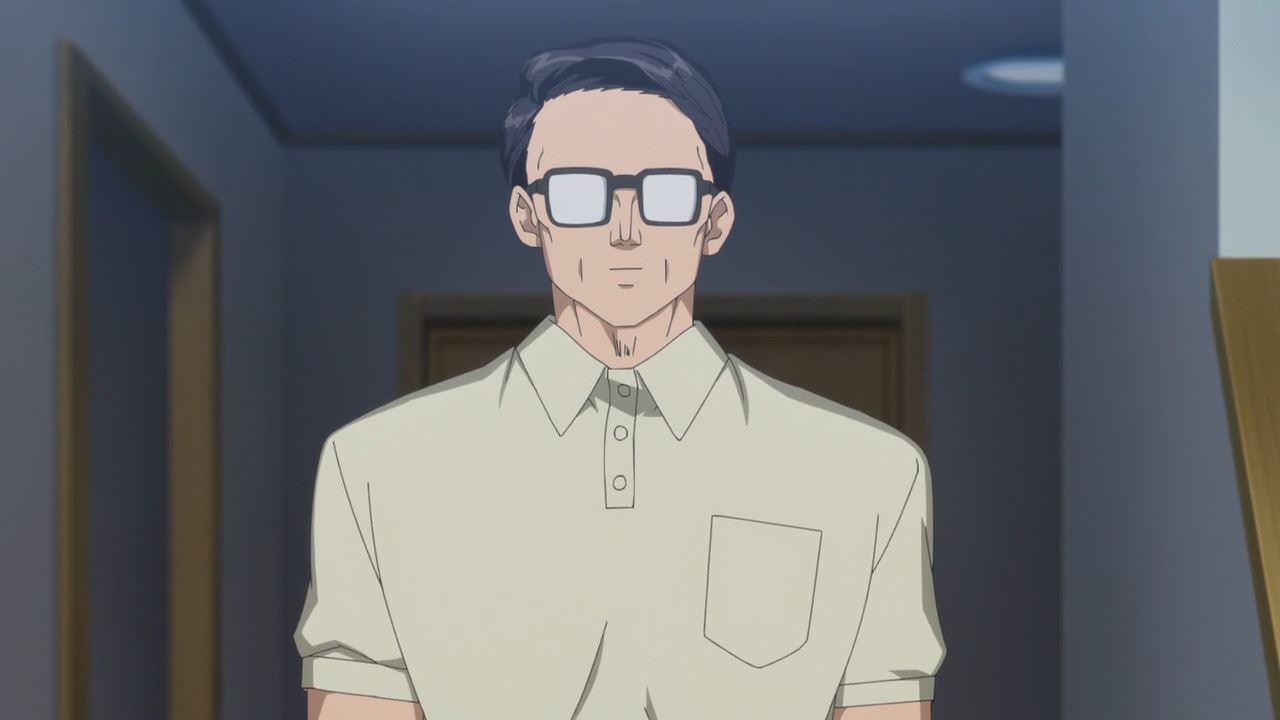 One last thing, it’s time to end this episode with the introduction of Masayoshi Komi, Shouko’s father where he’s looking stoic. 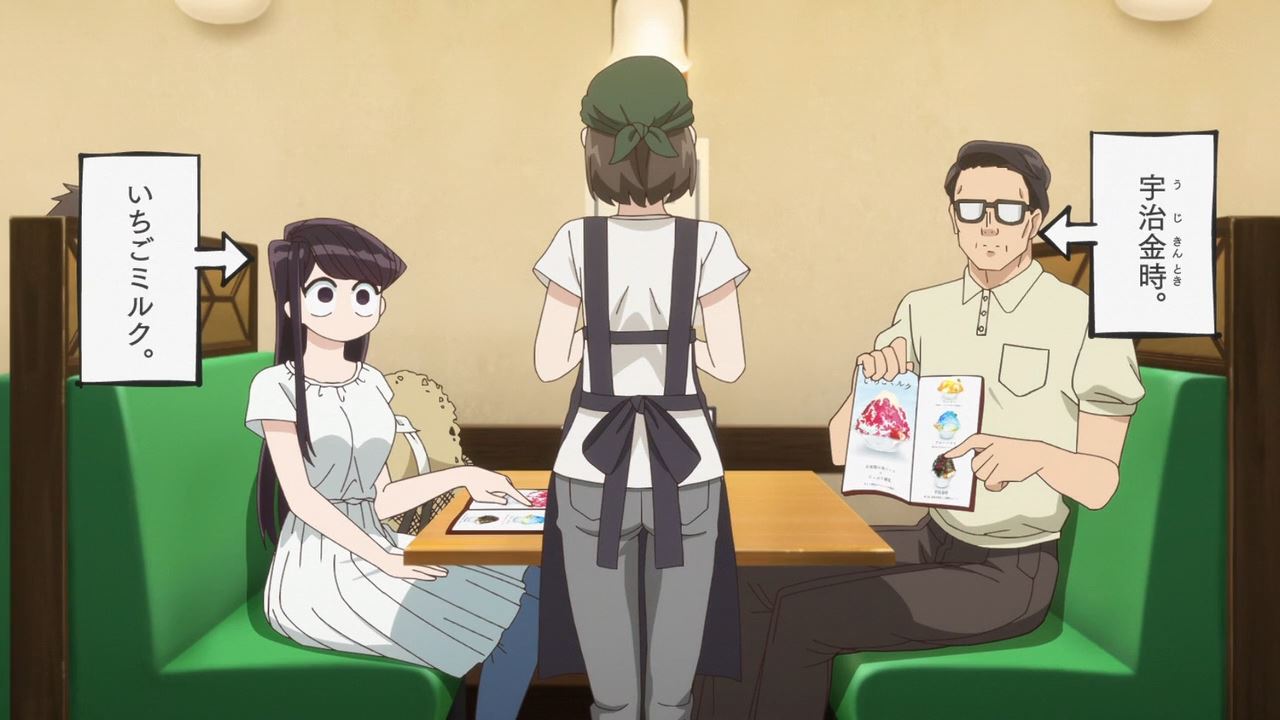 But the truth is that he doesn’t talk much that I have a feeling that Shouko inherited her father’s communication woes. Fortunately, they managed to order a bowl of shaved ice.

Anyways, I’ll see you next time where I’m hoping that Shouko Komi will enjoy the rest of her summer vacation.