Ah yes, the Human-God where he’s still acting like a troll towards Rudeus Greyrat or should I say his previous self. Heck, even Rudy doesn’t trust him much! 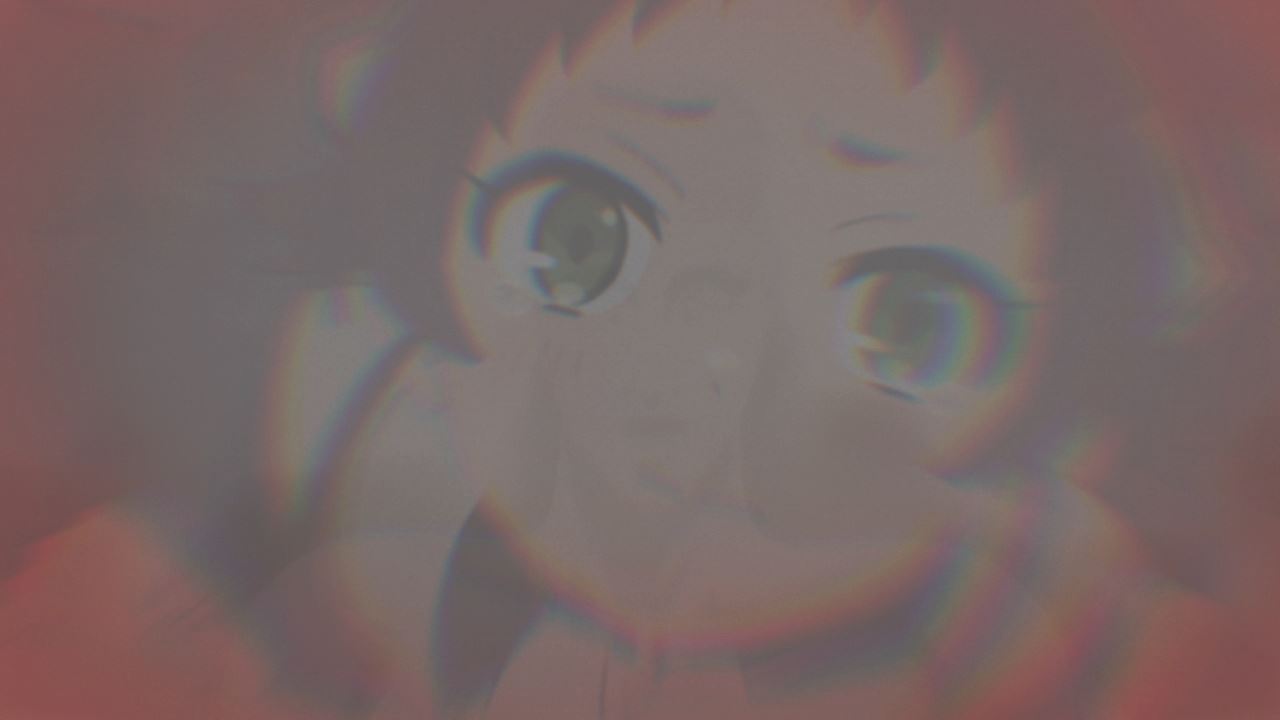 But anyways, the Human-God projected a vision where a certain red-haired girl calls for help, thus he told Rudy to rescue her under an alias.

Honestly, having the Human-God help Rudy in a condensing way makes my heart boil with anger. 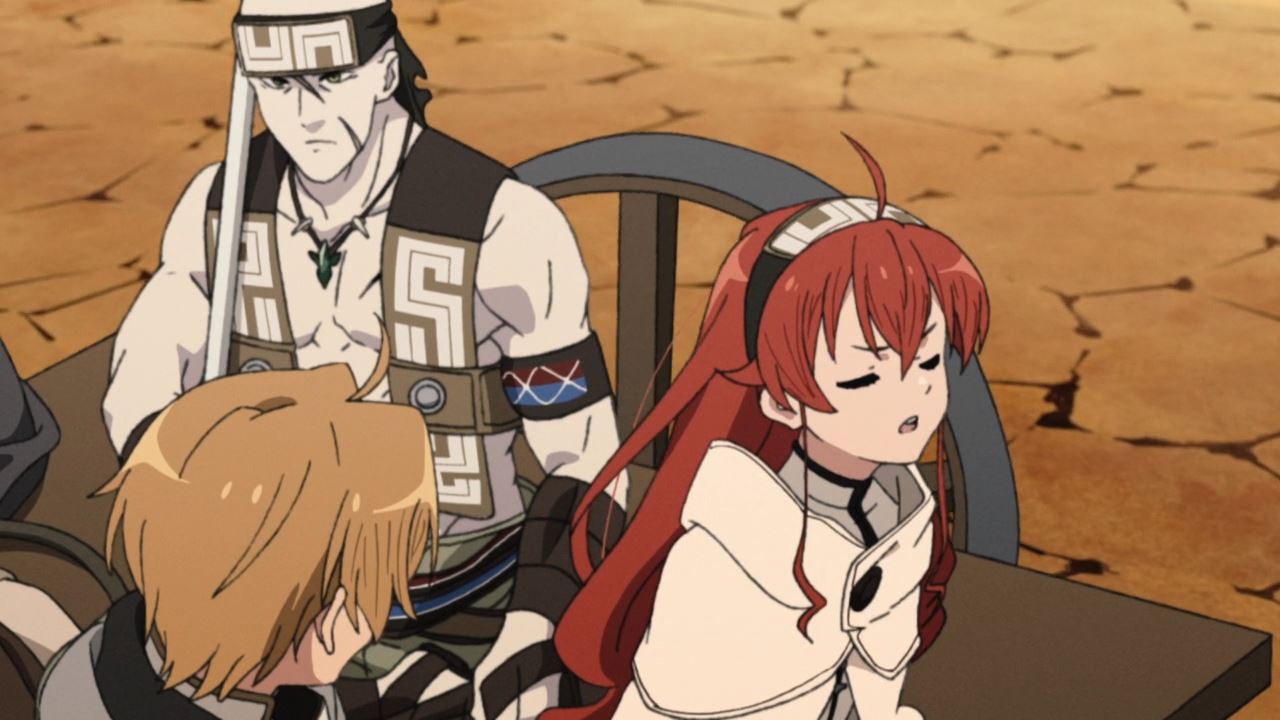 With that said, Rudeus Greyrat and his party have finally arrived at the Shirone Kingdom which is located in the Central Continent.

While Ruijerd Superdia and Eris Boreas Greyrat will do some errands inside the Shirone Kingdom, Rudy will have to save someone cause the Human-God said so. 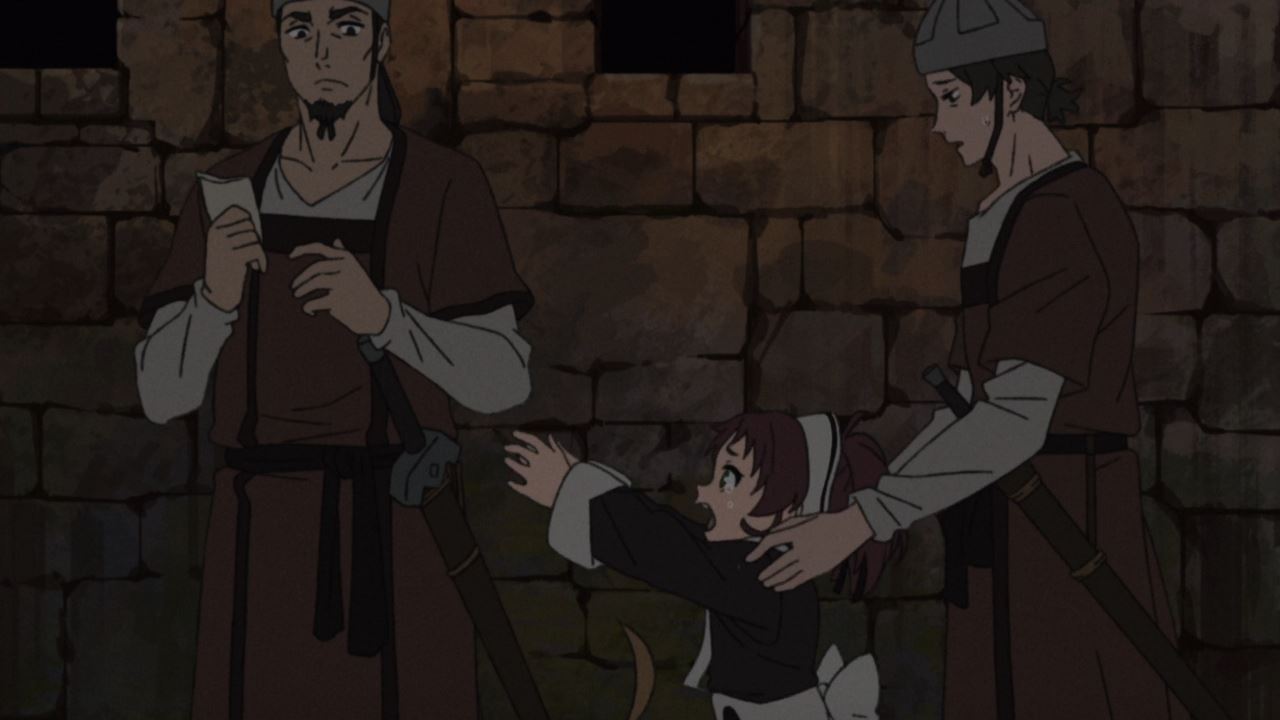 Anyways, here’s the red-haired girl from before as she’s being captured by the kingdom guards, although the guards told Rudy that they’re not smugglers as they received orders from the royal family to put this girl back to the castle. 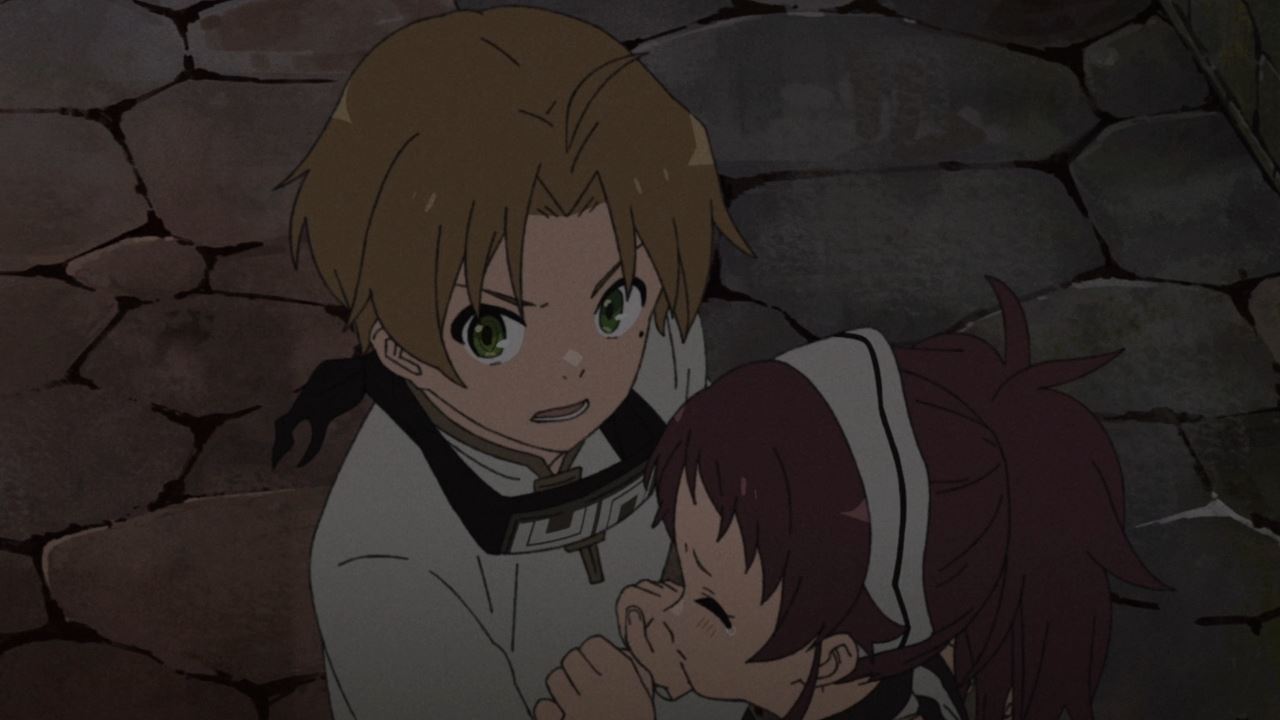 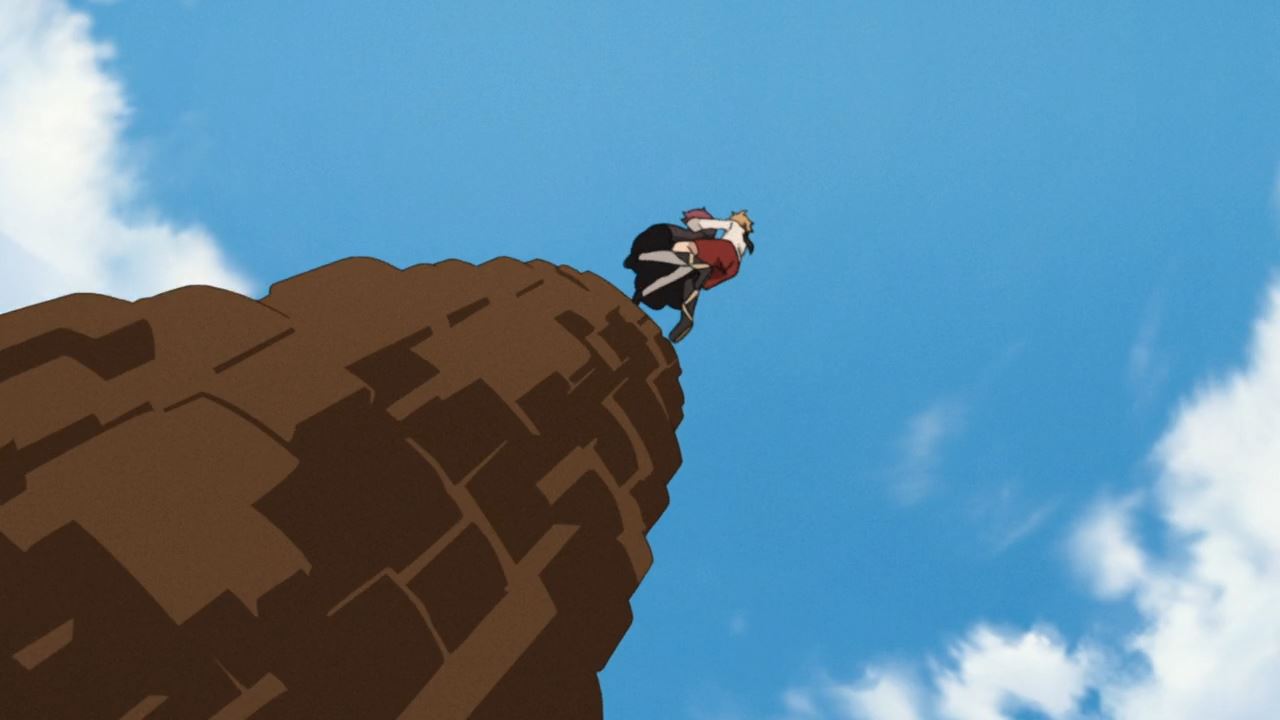 But you know what, Rudy will have to save this girl as he’ll use earth magic to propel himself and the girl away from the guards. As for the landing? He’ll using some earth magic to soften it. 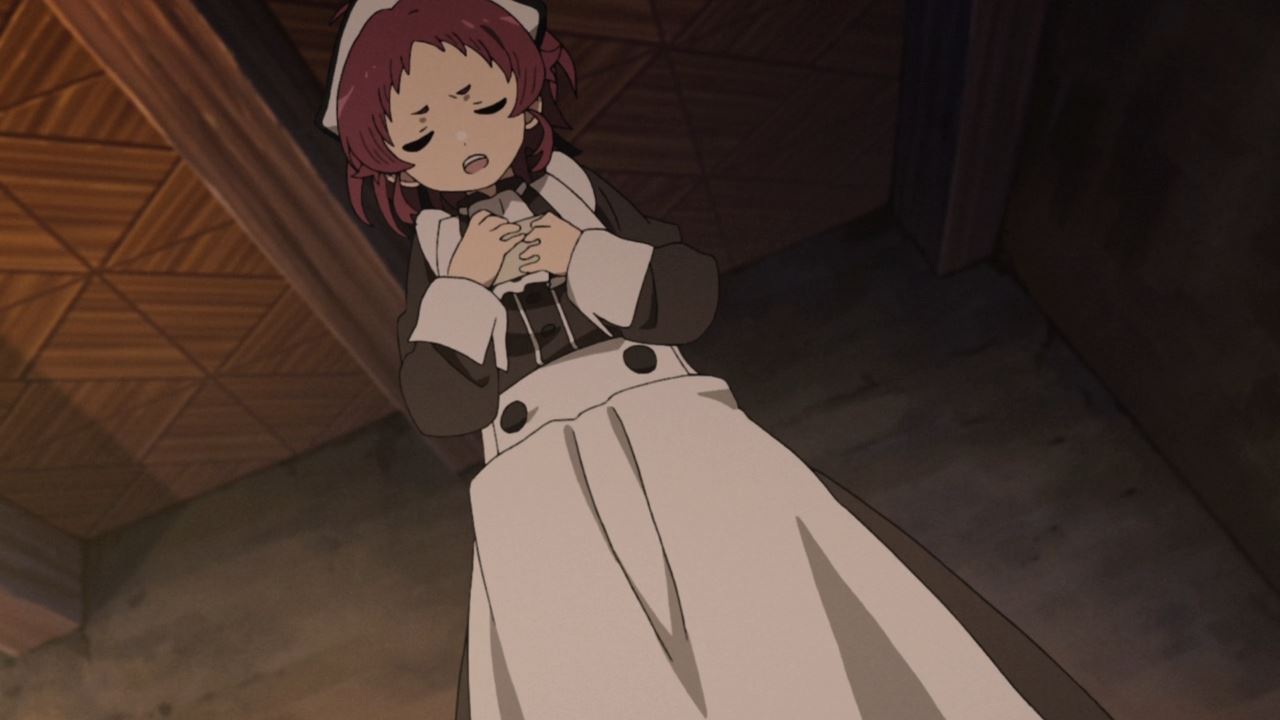 Anyways, this red-haired girl happened to be Lilia’s daughter Aisha where she thanked Rudy for saving her, although didn’t tell his real name to Aisha because it’s revealed that she doesn’t like her brother for being a pervent. 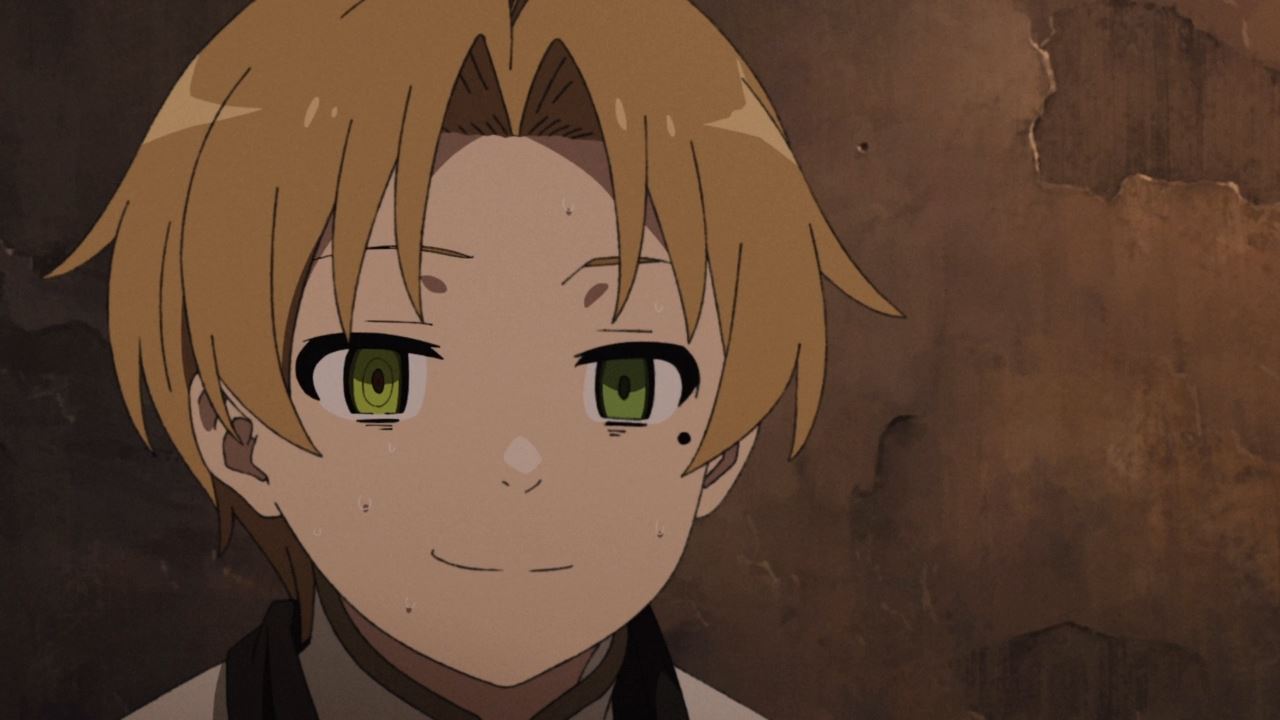 And really, it’s for the best ’cause Aisha might disown her savior at the drop of the hat upon learning his true identity.

Now that he finally found Aisha, it’s time for Rudy to save the rest of his family inside the Shirone Kingdom. 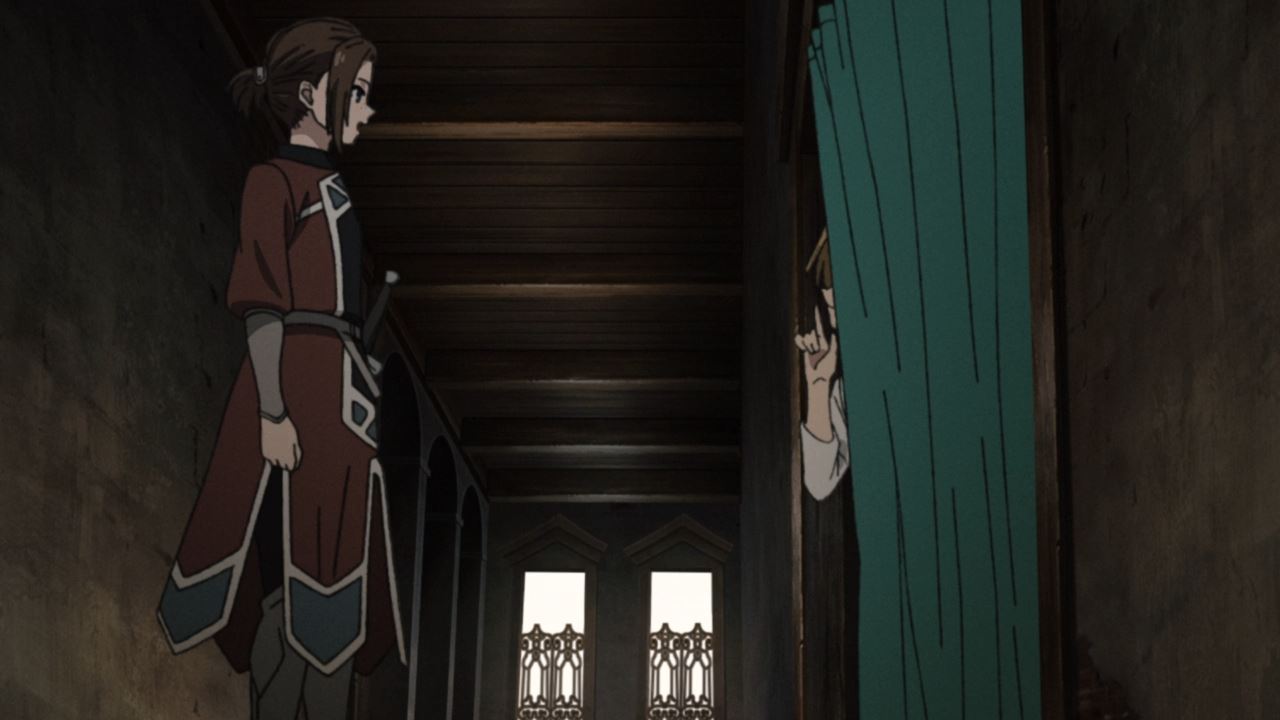 But, it appears that he got summoned by the royal family where one guard told Rudy that Roxy Migurdia wants to see you.

Um, I have a bad feeling that it’s a trap ’cause I’m sure that Roxy is still in the Demon Continent. 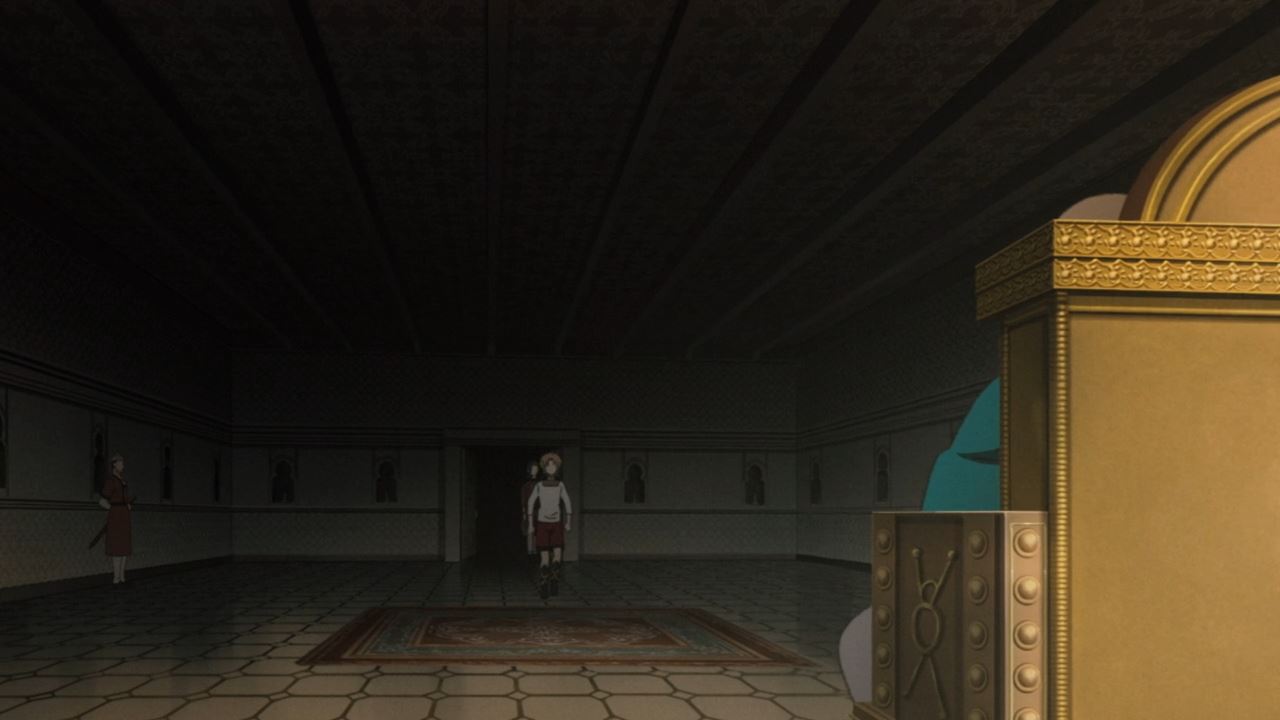 But anyways, Rudy went to the throne room where he expects Roxy to pick him up, although the truth is that his tutor is in another continent. 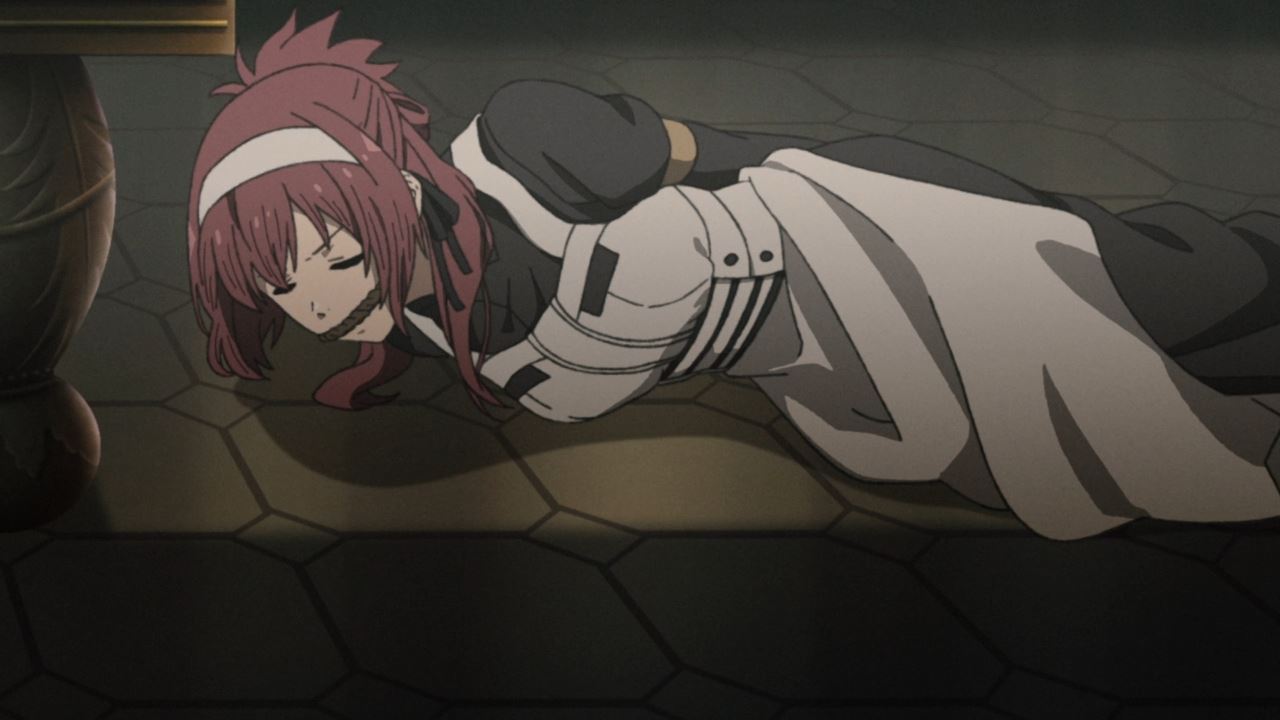 Unfortunately, what Rudeus saw is Lilia where the maid is all tied up. Man, whoever’s treating Paul’s mistress badly needs to be punished! 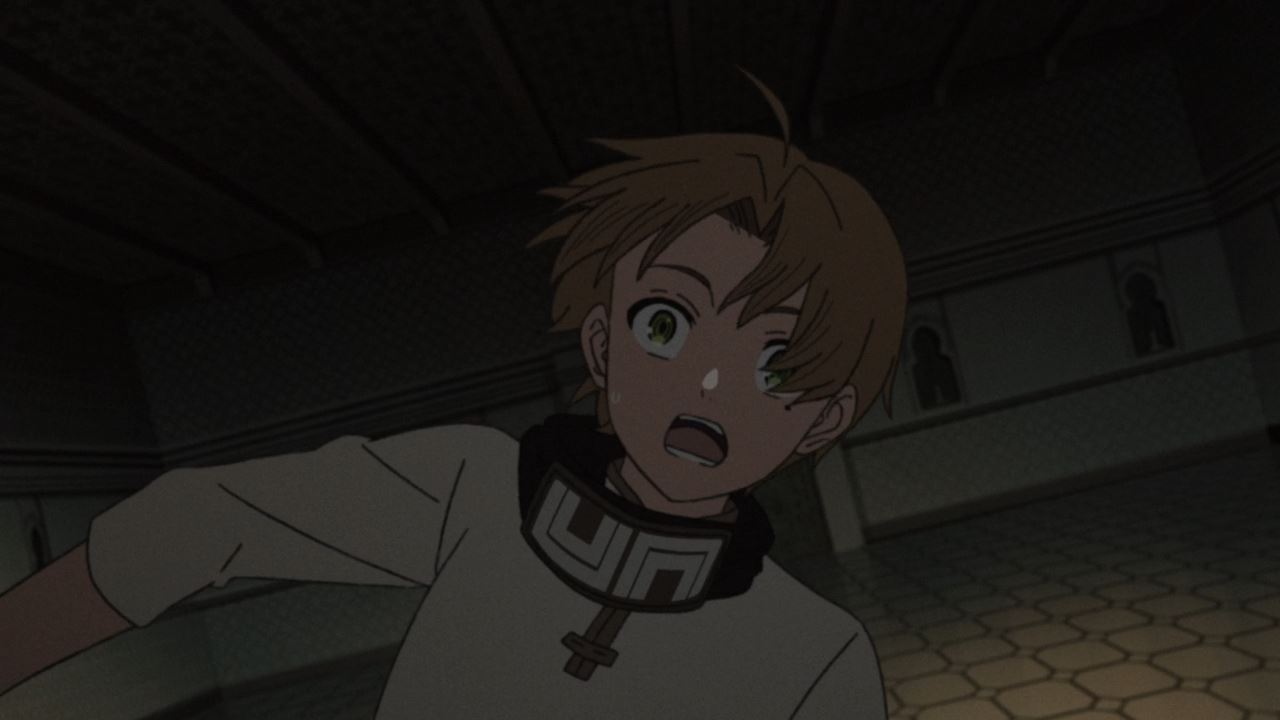 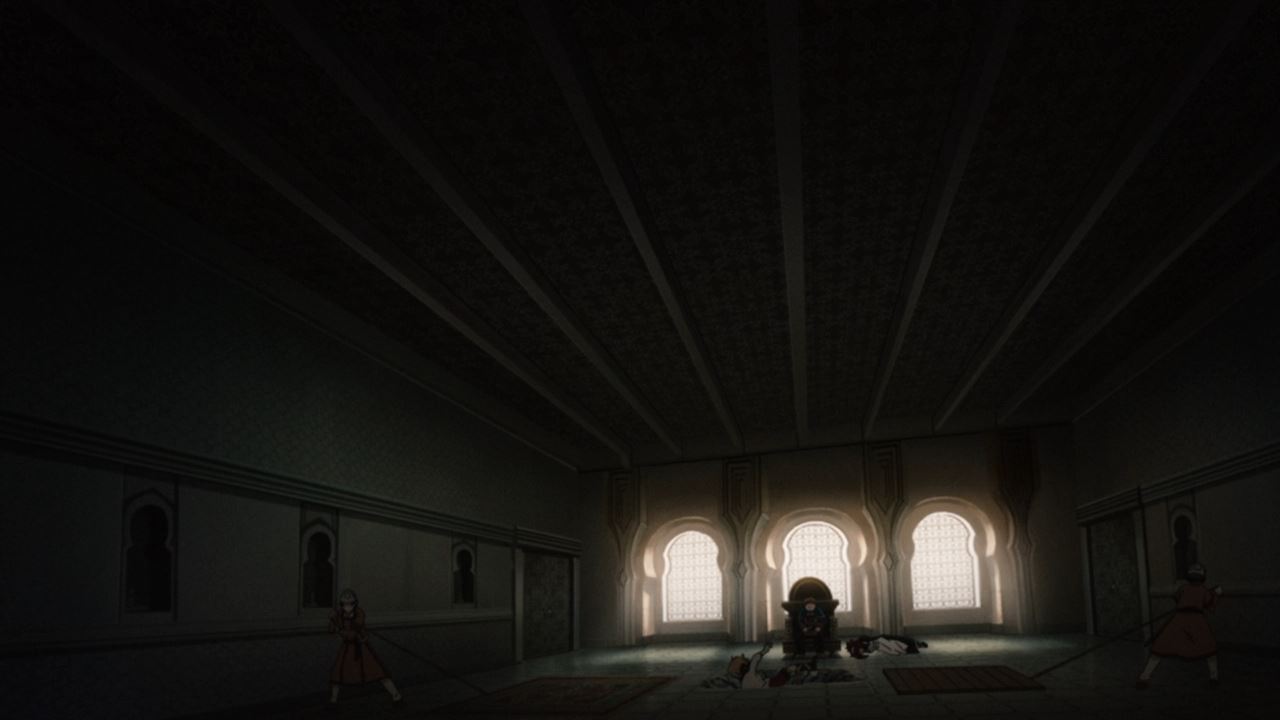 But it gets worse when Rudy fell into a trap. Geez, he should have asked Ruijerd and Eris to infiltrate the castle and rescue Lilia. 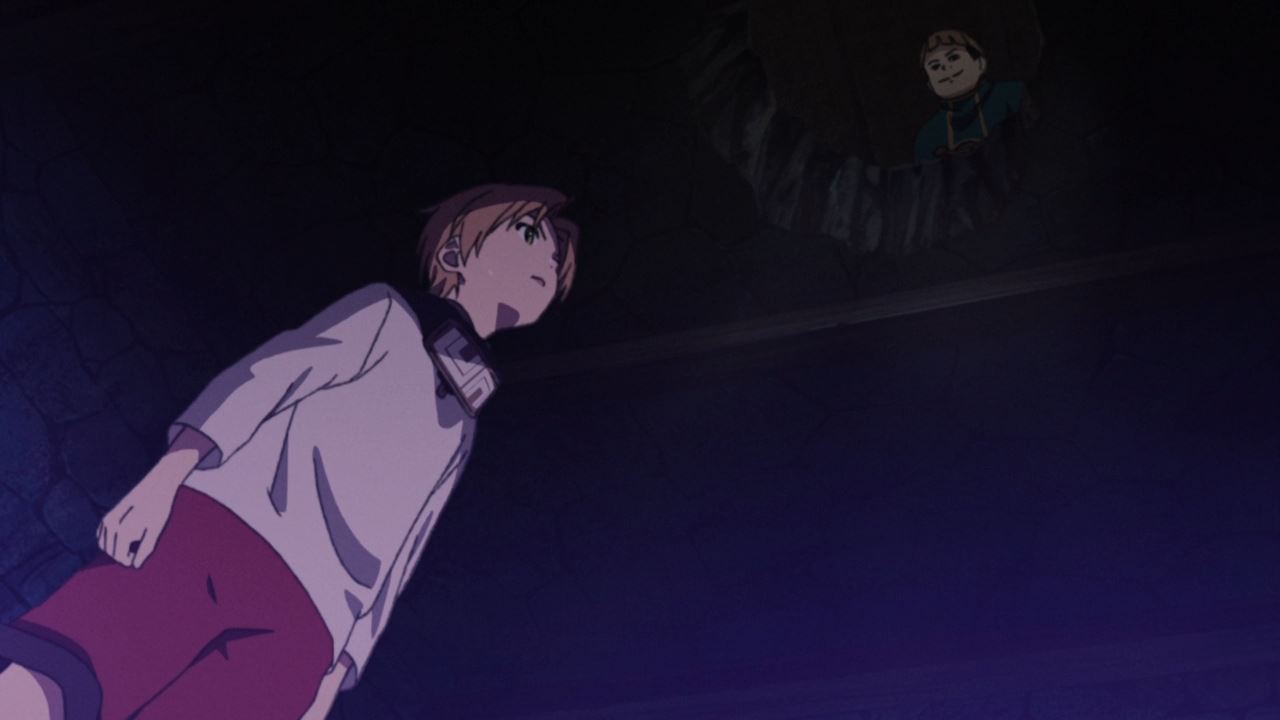 Anyways, looks like Rudeus has become a prisoner as the mastermind has finally revealed. Oh, and Rudy can’t brute-force his way out ’cause there’s a barrier surrounding him. 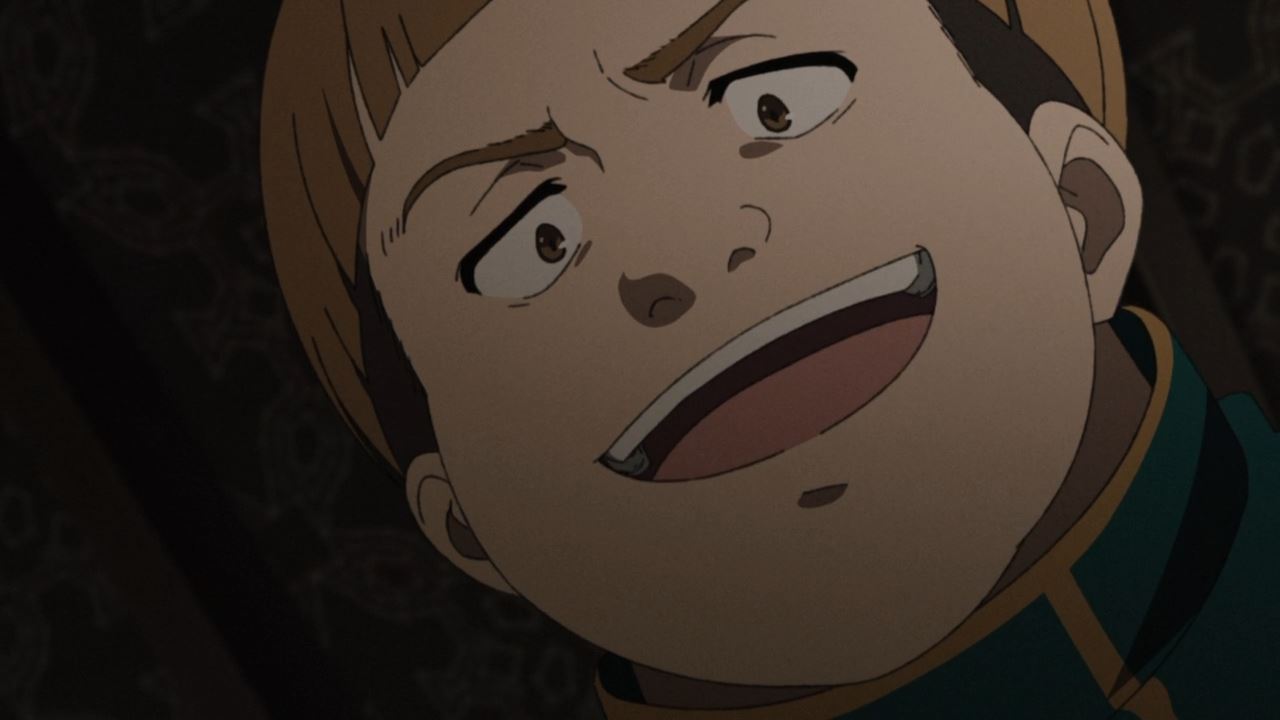 This is Pax Shirone where he plans to make Roxy Migurdia into his sex slave. Oh and by the way, he’s the troublesome prince where Roxy gave up on teaching him magic due to his lecherous behavior.

Anyways, Pax will have to use Rudeus as bait to lure Roxy out, but the problem is that she’s at the Demon Continent where it’ll take months to deliver the news that her student is kidnapped. Gotta say that the prince’s plan is a bust!

With that said, I’ll see you next time where Rudy will have to wait for Ruijerd and Eris to not only rescue him, but also Lilia.