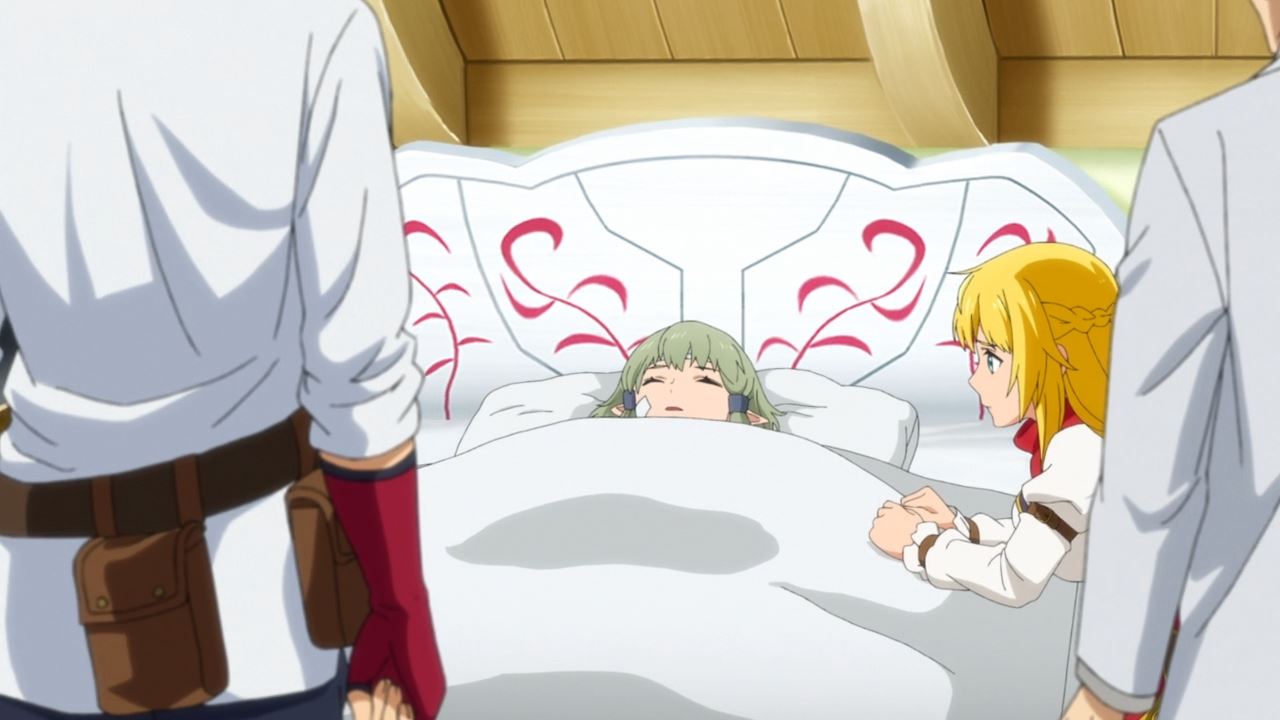 Well everyone, looks like Al is okay as Red and the resident doctor Newman managed to heal him. Man, I thought Al is killed by some random goon. 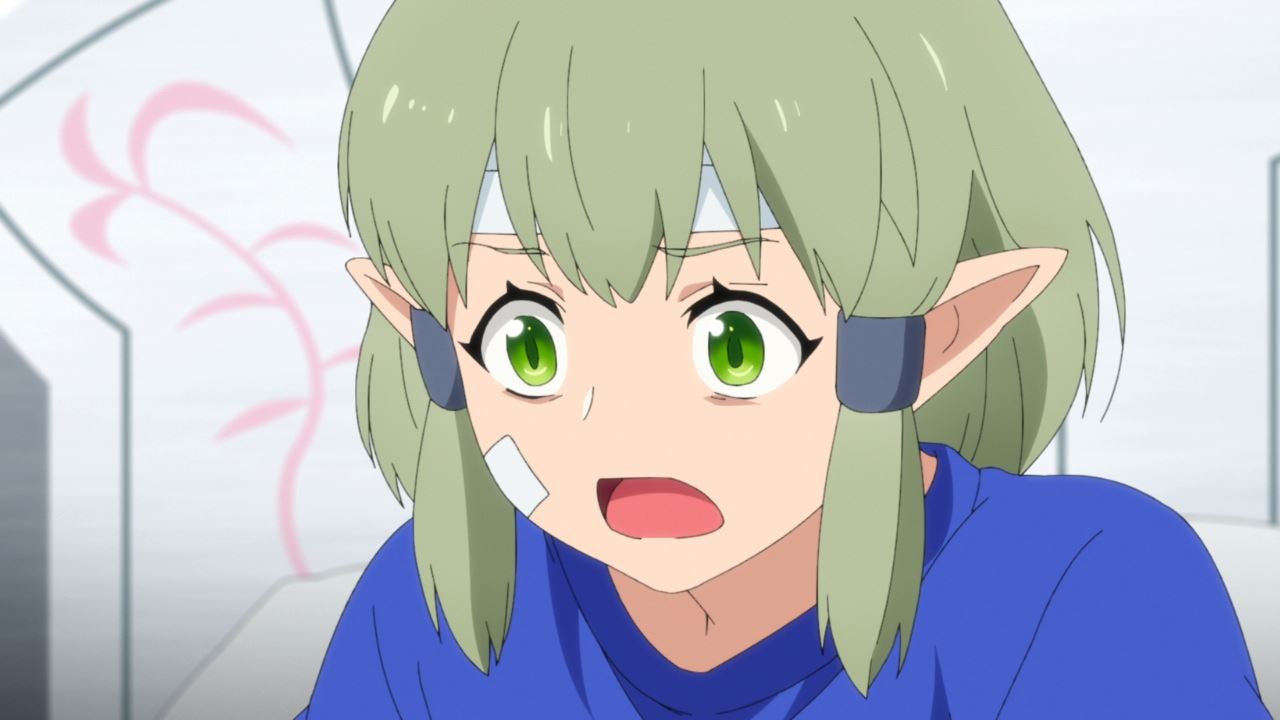 Speaking of Al, looks like he finally woke up as he told everybody that Ademi attacked his parents. Wait, this has escalated quickly! 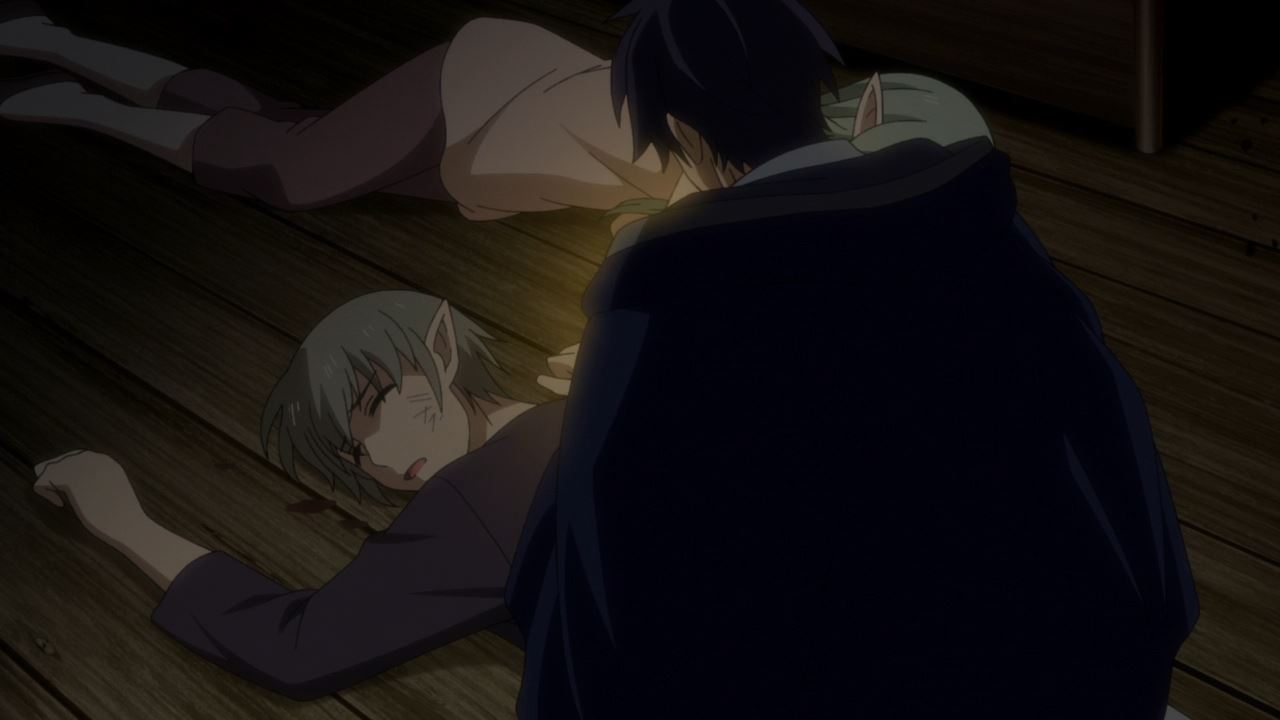 Fortunately, Red found out that Al’s parents are okay, although he needs to heal their wounds or it’ll get worse.

But seriously, it’s Ademi’s Diving Blessing acting strangely lately? And it gets worse when Ademi disappeared, meaning that the residents of Zoltan blame his father who worked as a town guard. 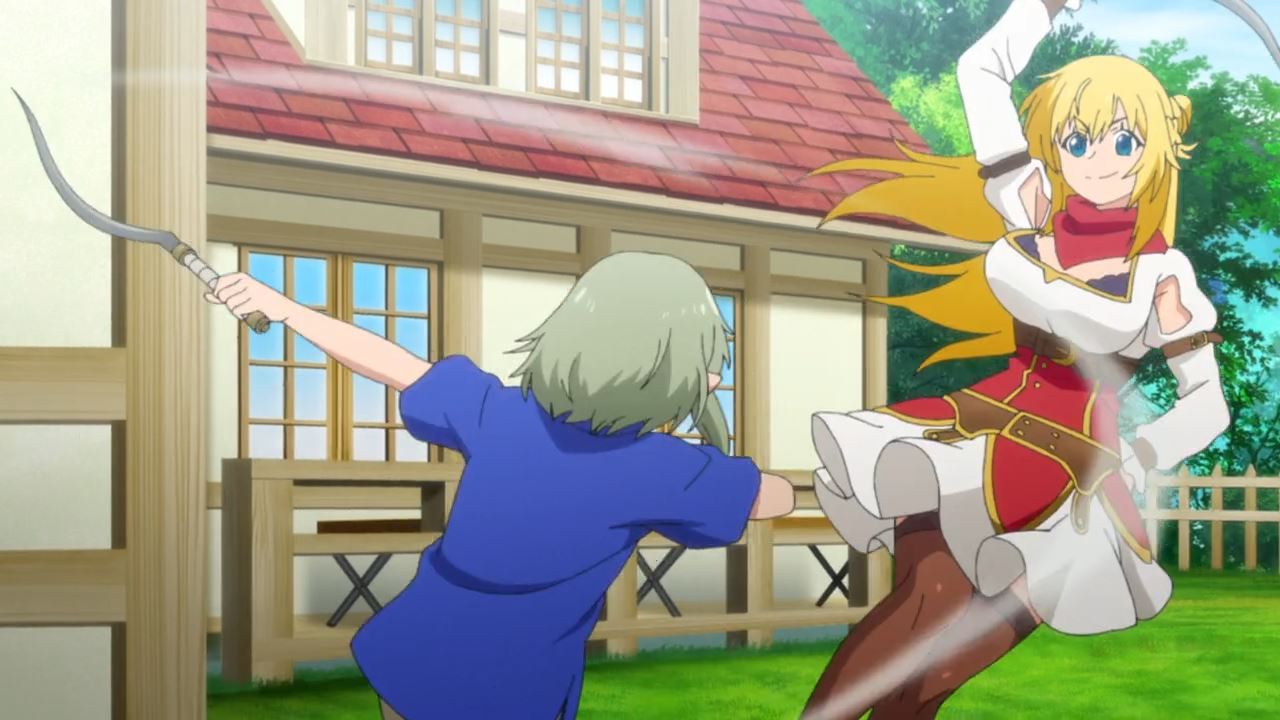 For now, Red and Rit took Al for the time being while his parents are currently staying at the Thieves’ Guild.

Speaking of Al, looks like he’s currently training with Rit on how to wield a sword. While he has the Weapon Masters blessing, Rit wants to teach him that there’s more than just fighting. 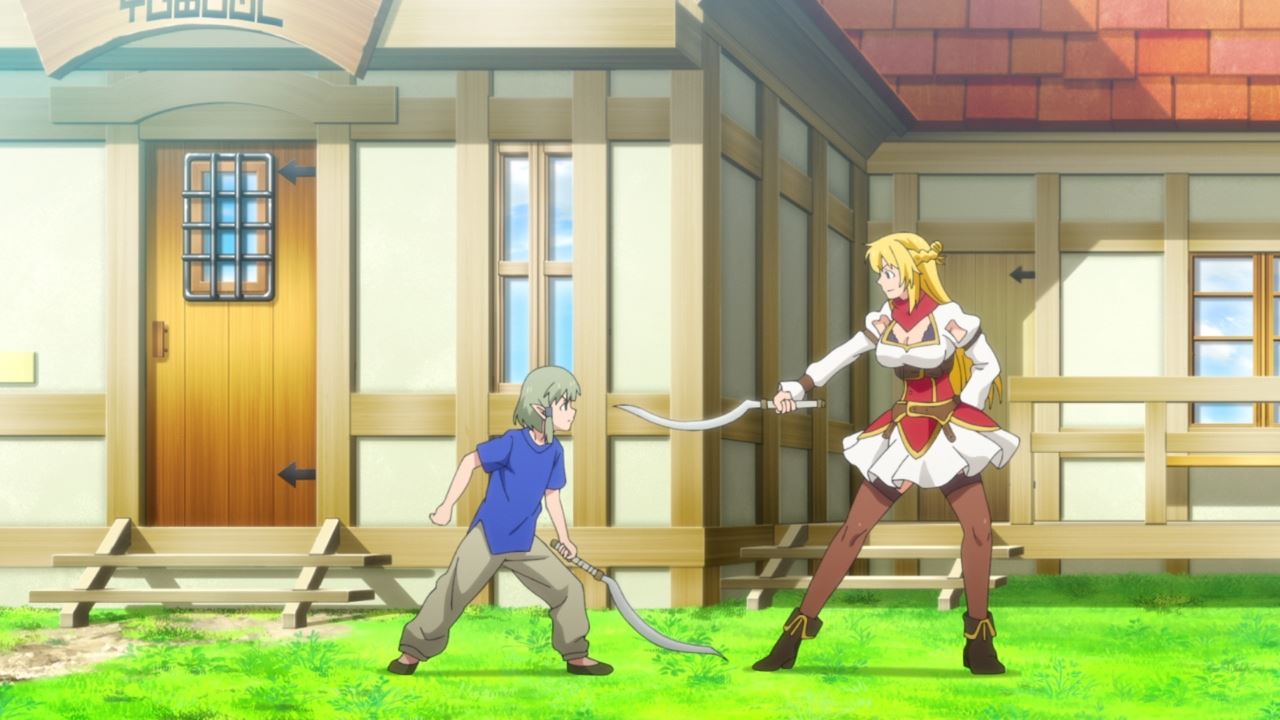 Of course, Al has a long way to go before surpassing his master as he’s still rough on the edges. But yes, I’m glad that Rit is teaching him some swordsmanship skills. 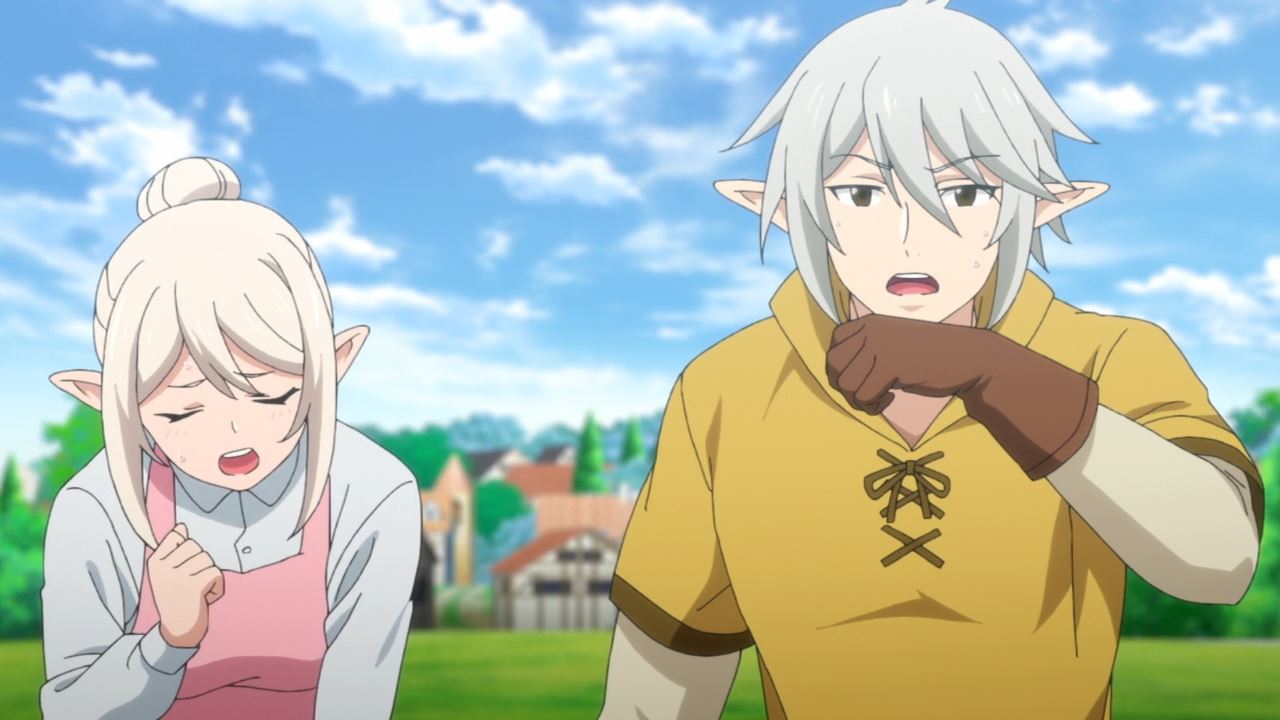 Unfortunately, their training session got interrupted when Nao and Gonz told Red and Rit that Tanta got captured by the town guards. Man, this is getting worse!

Well then, it’s time for Red and Rit to confront the town guards in order to rescue Tanta. 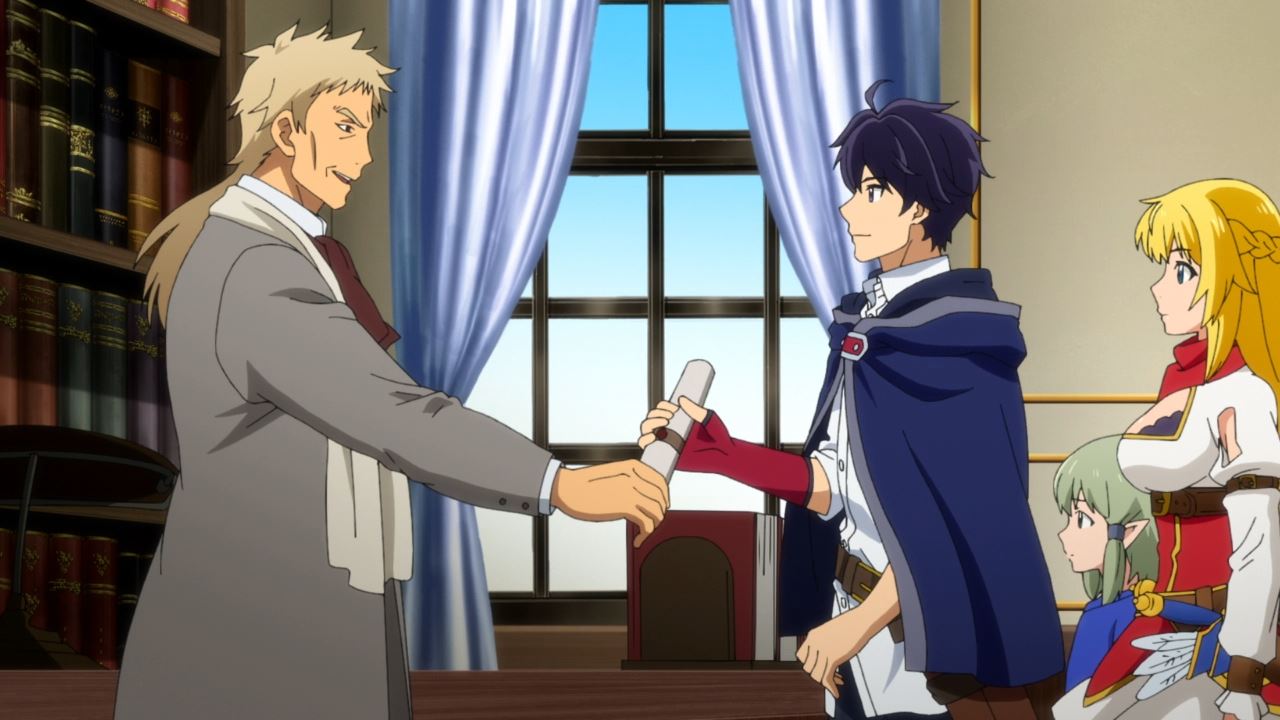 But first, they need to visit the adventurer’s guild where the leader gave a letter of appointment to the town guard captain. C’mon, they can’t barge in without permission. 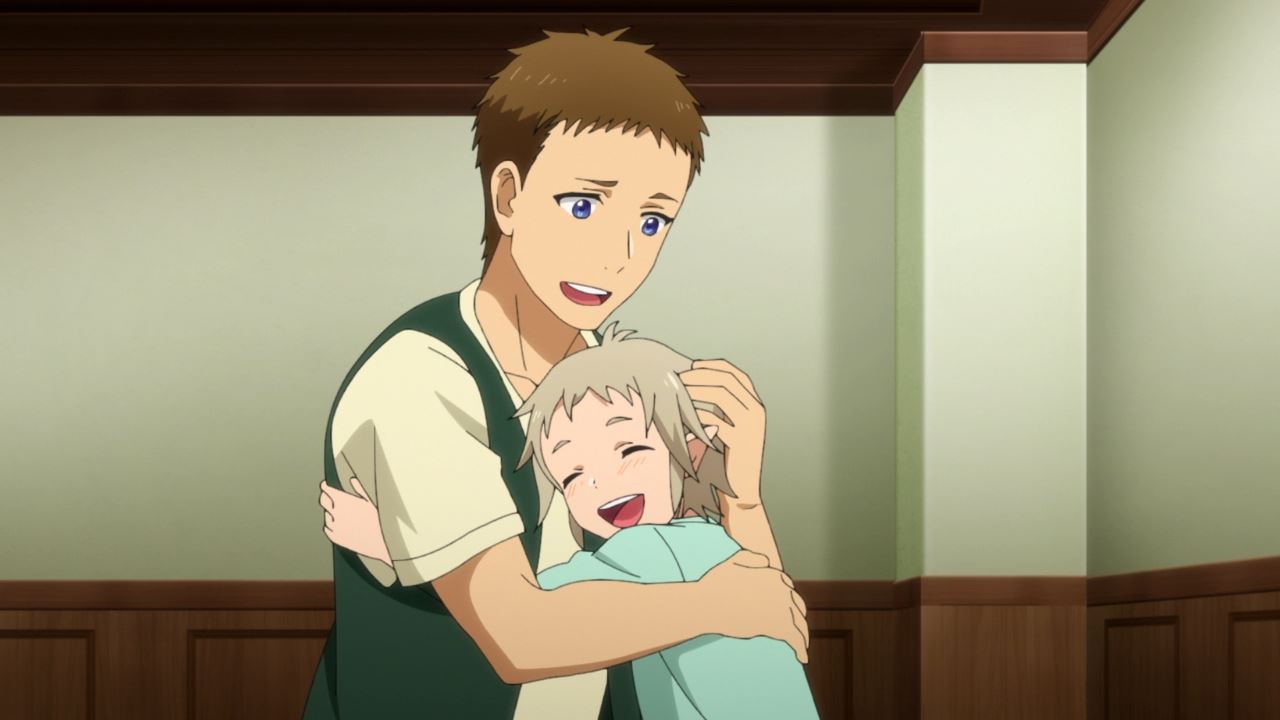 Thanks to the guild leader, Red and Rit managed to get inside the town guard office where they finally rescued Tanta, although the guards didn’t treat the kid harshly.

But that’s okay ’cause Tanta’s father Mido is happy to see his son return to his arm. Now, it’s time for Red and Rit to talk to the captain. 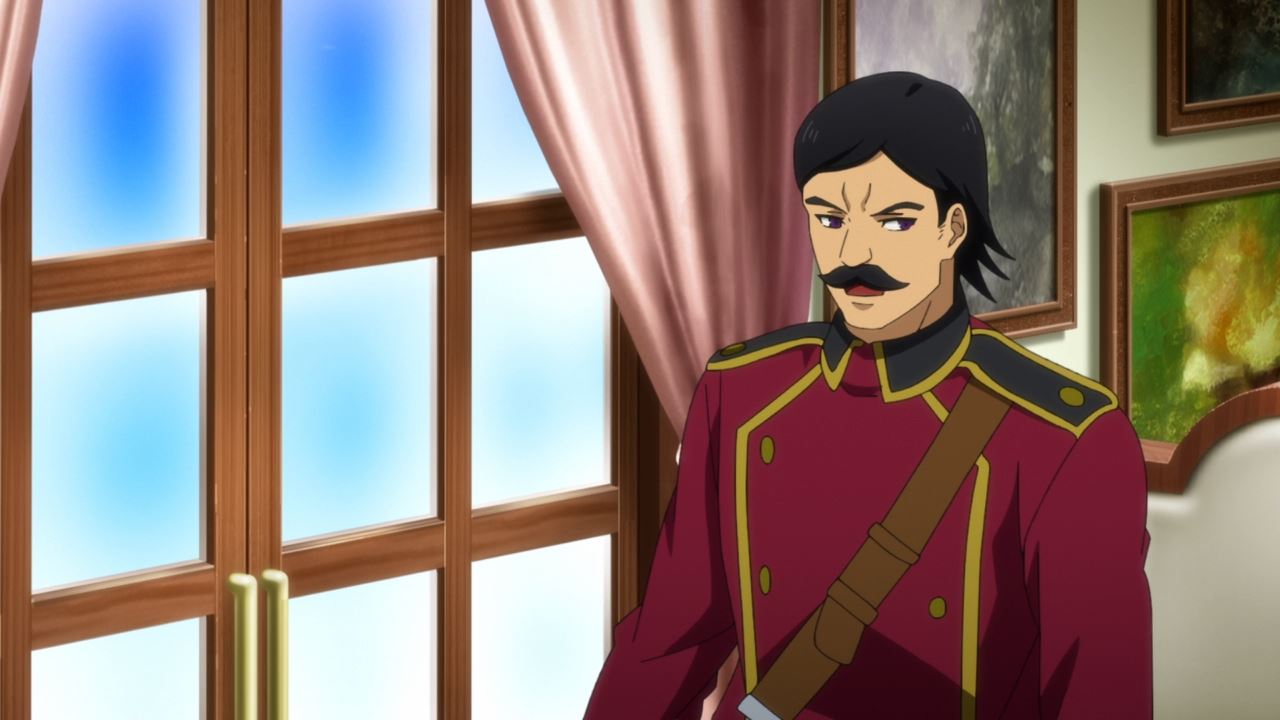 Anyways, this is Moen in which he’s not only the captain of the town guards, but also Ademi’s father where he’s worried about his son’s disappearance. 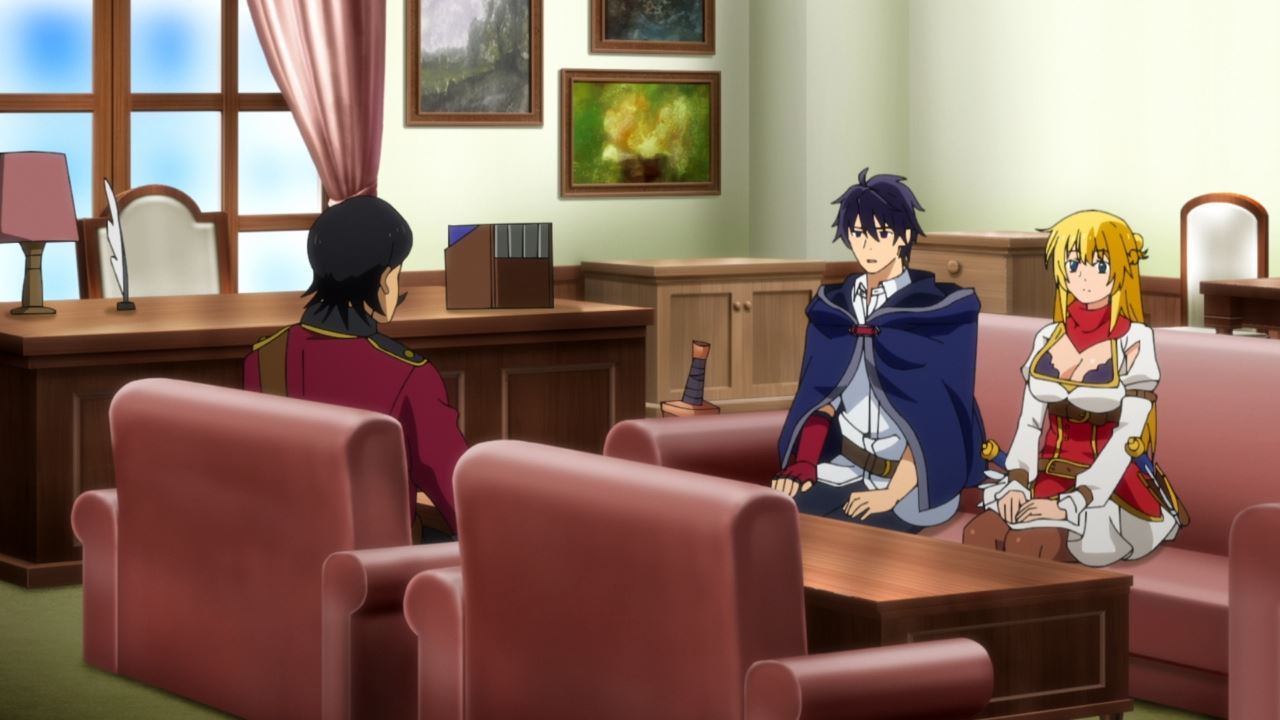 Of course, what Red is worried about is the illegal drug endemic which not only affected Albert’s party, but also random people who got a hold of that substance.

In fact, Red suspects that Ademi used that drug and started attacking people. 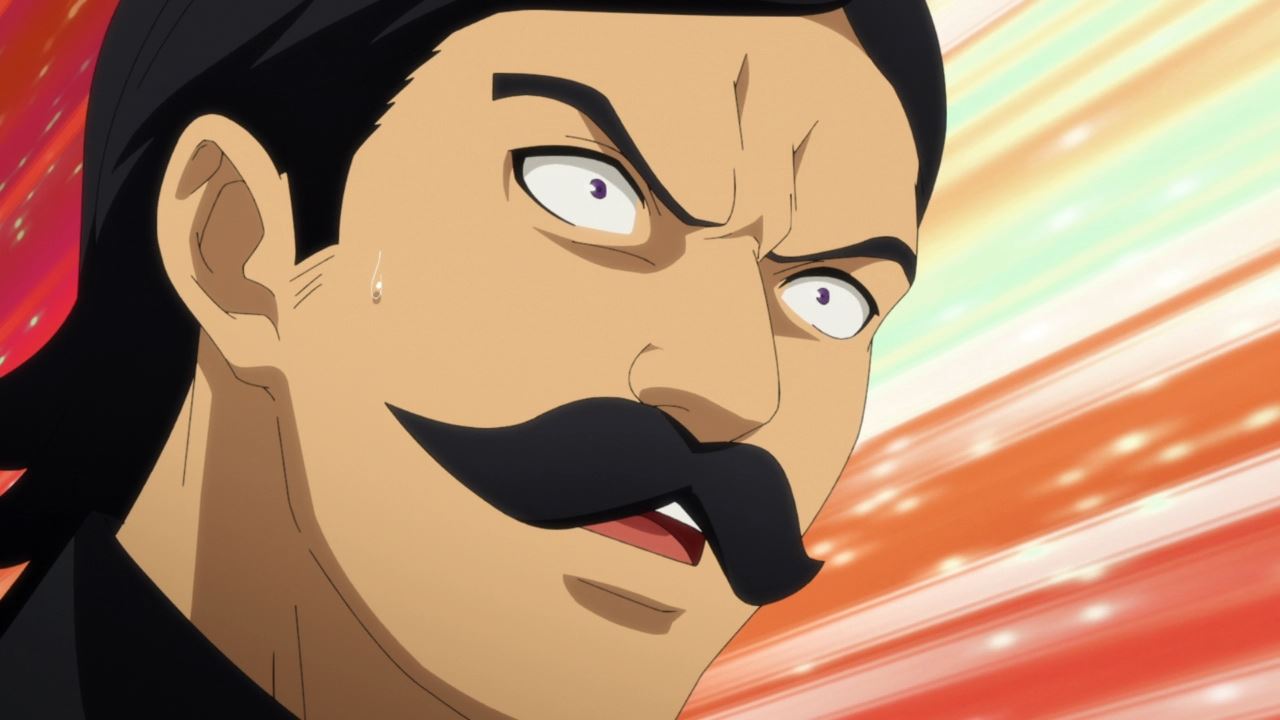 Then again, it looks like Moen is getting angry that his son clearly denies ever using that illegal substance. Man, I think Red and Rit will have to investigate further. 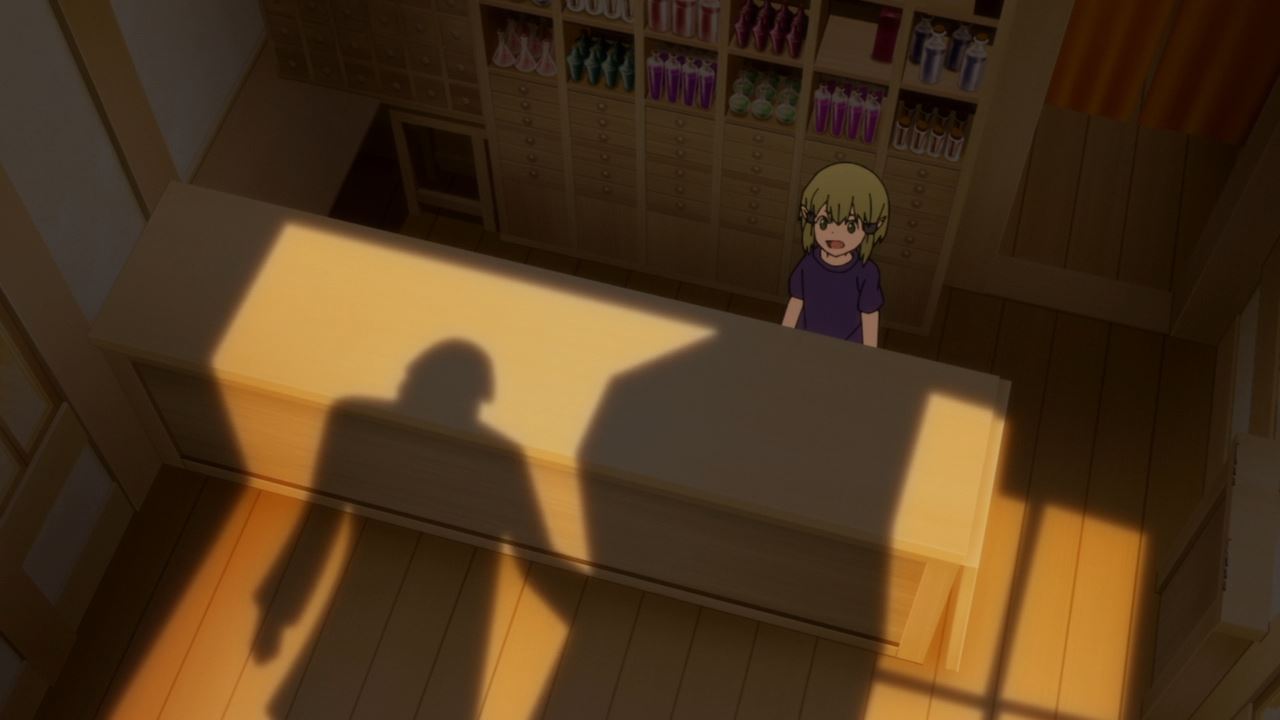 Now let’s return to the apothecary where Al is currently guarding it until he met a mysterious person. 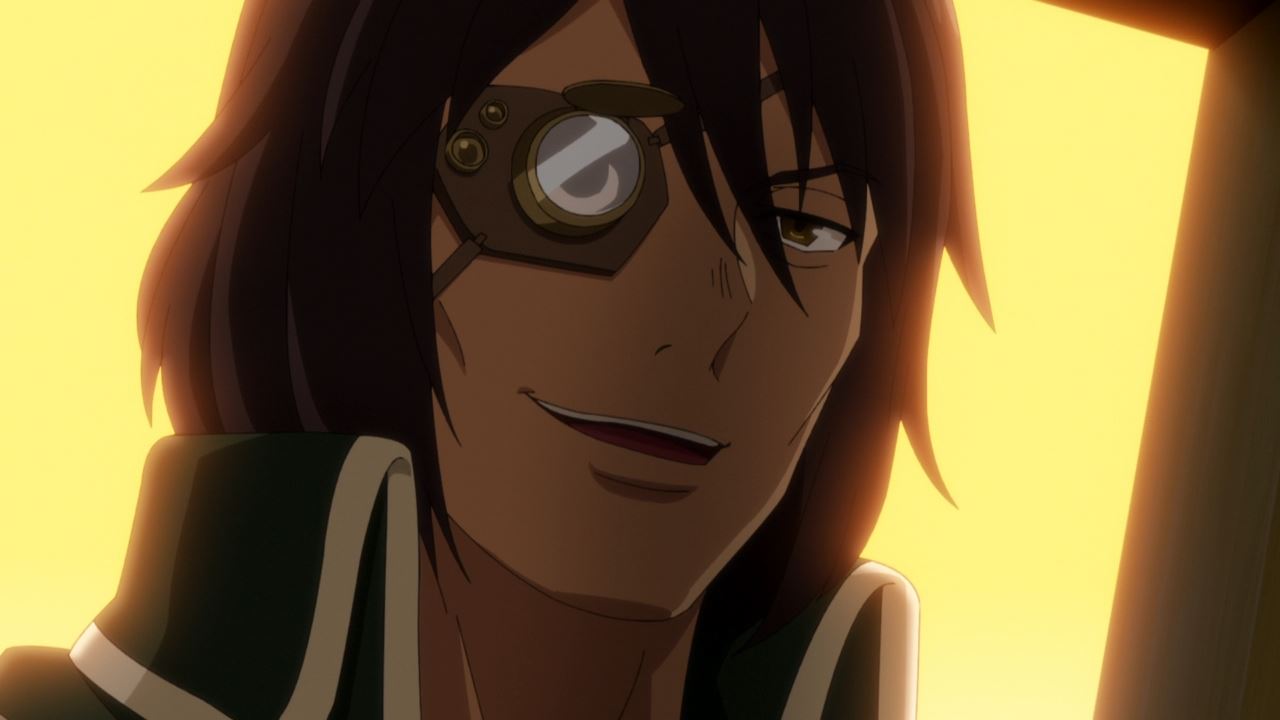 This is Godwin where he’s claimed to be a member of Bighawk’s guild as he’s here to deliver an item, although Al shouldn’t take items from strangers since this person is targeting either Red or Rit. 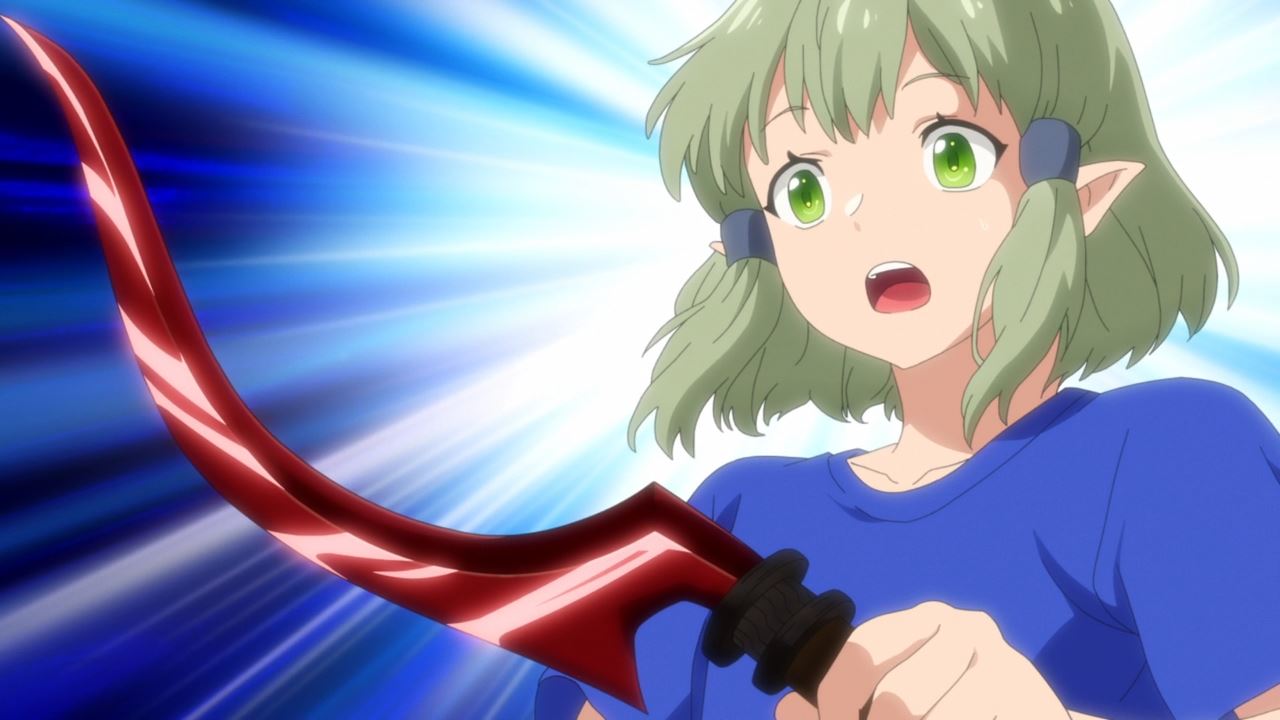 Regardless, Al received a crimson-colored shotel from Godwin where I have a feeling that Red and Rit will analyze it later. 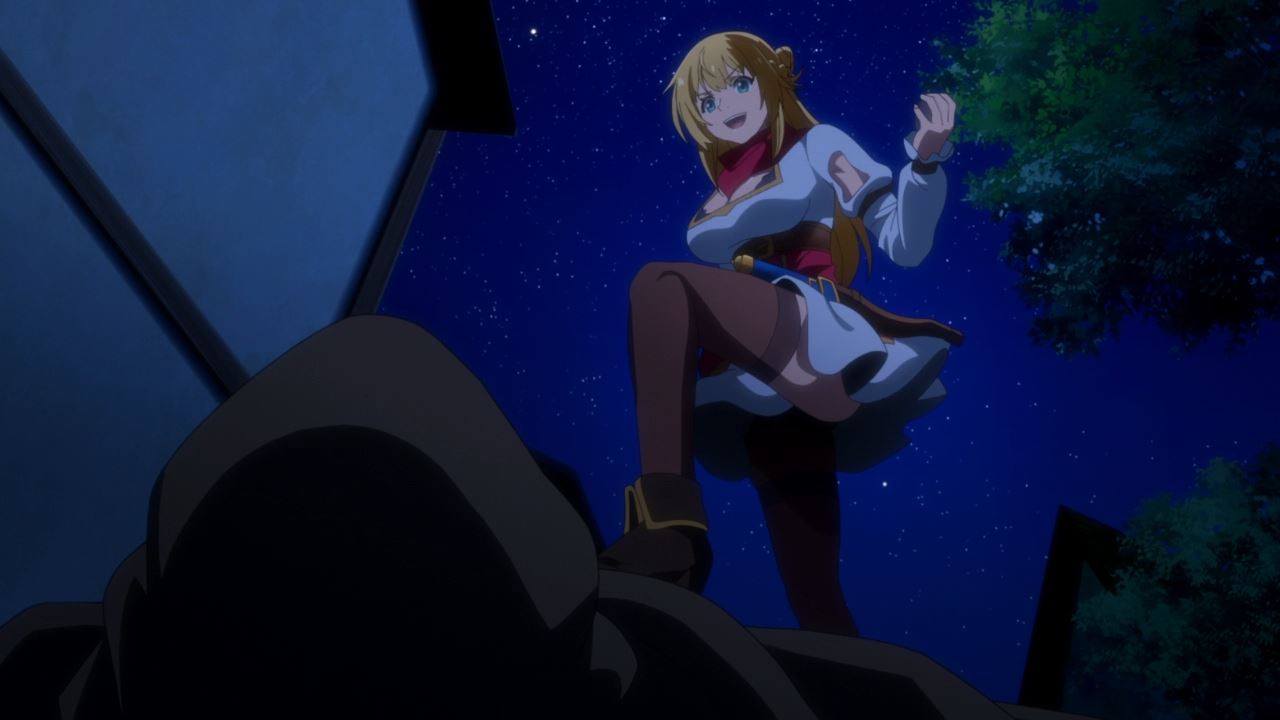 But speaking of Rit, looks like she’s finding some clues regarding the distribution of illegal drugs as the former champion of Loggervia apprehend a criminal with the substance on hand. 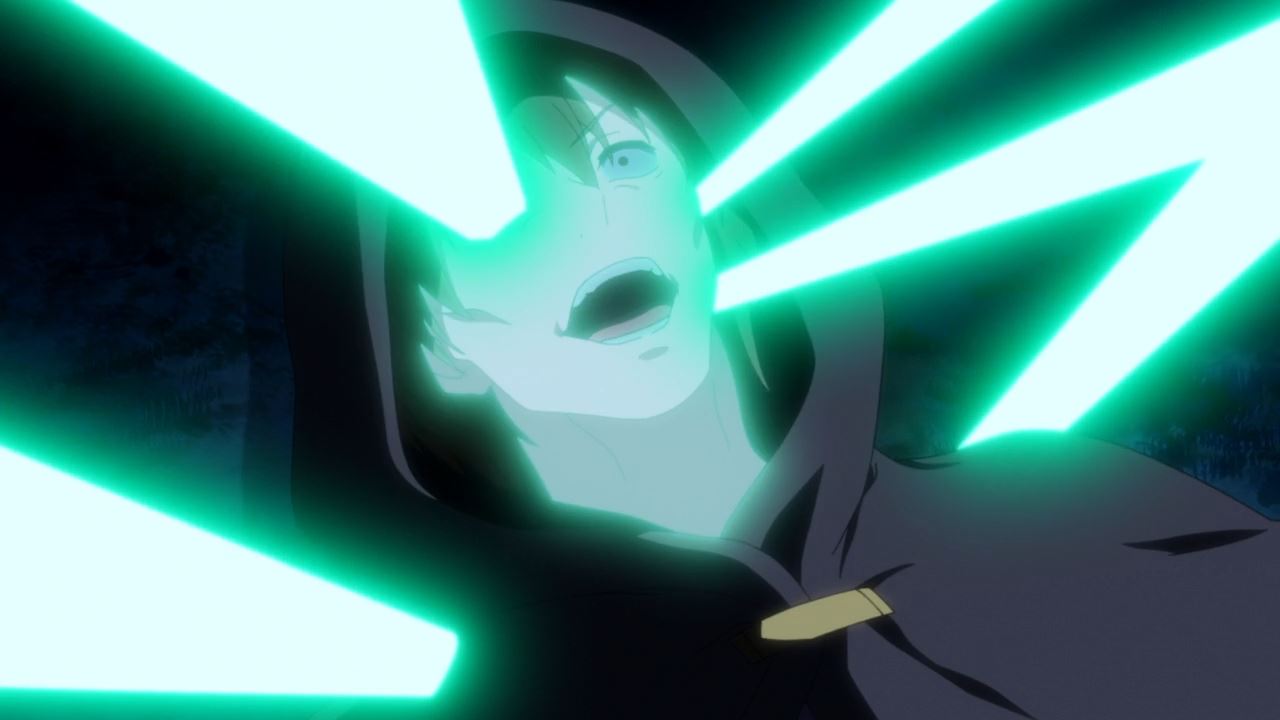 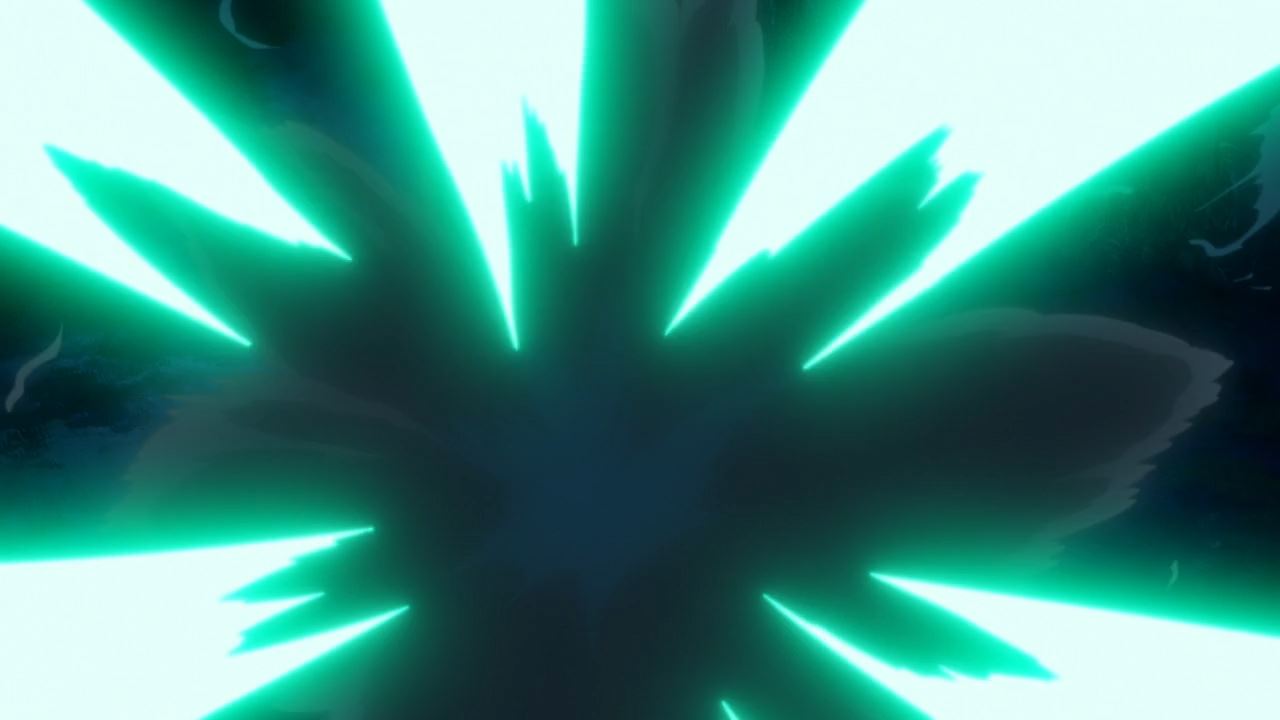 Unfortunately, this criminal self-destruct as he doesn’t want to spill the beans on where he get the drug from.

While Rit is okay as she got out from the explosion, I feel that whoever is responsible for blowing him up might be a cruel person, possibly a demon. 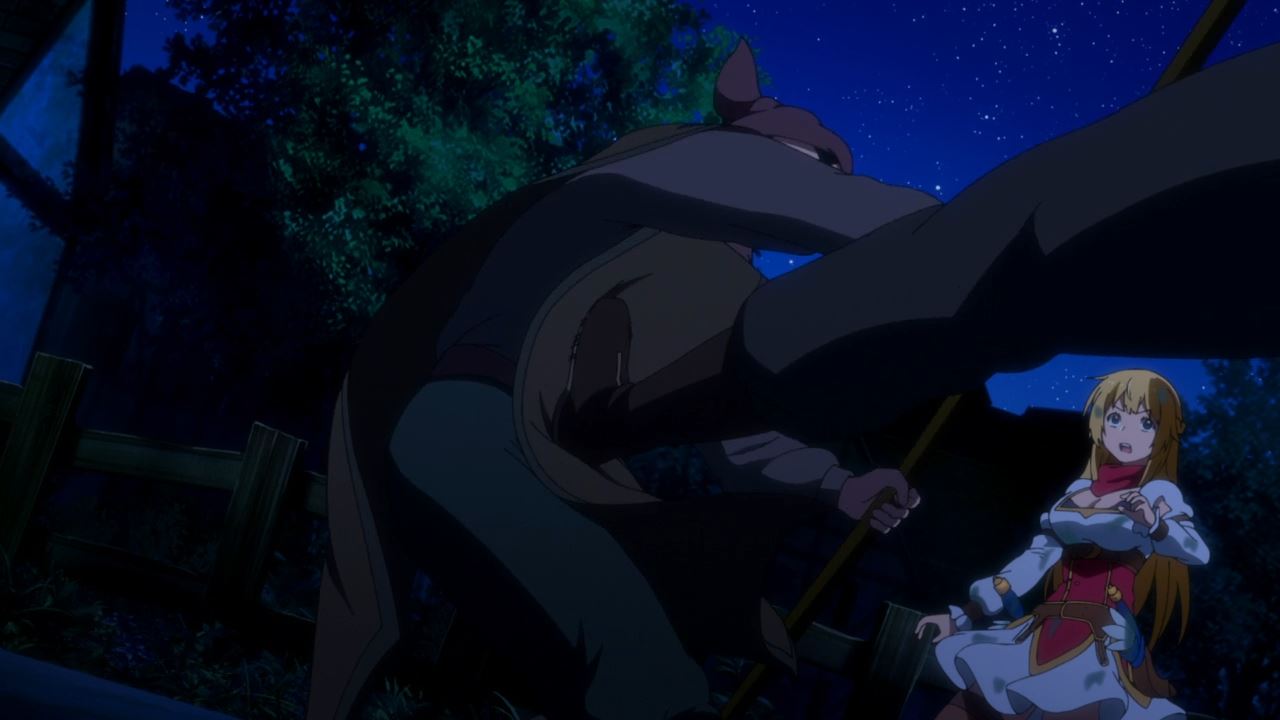 Oh yeah, it appears that Rit was saved by a certain martial artist as he finally arrived in Zoltan. Who could this person be? 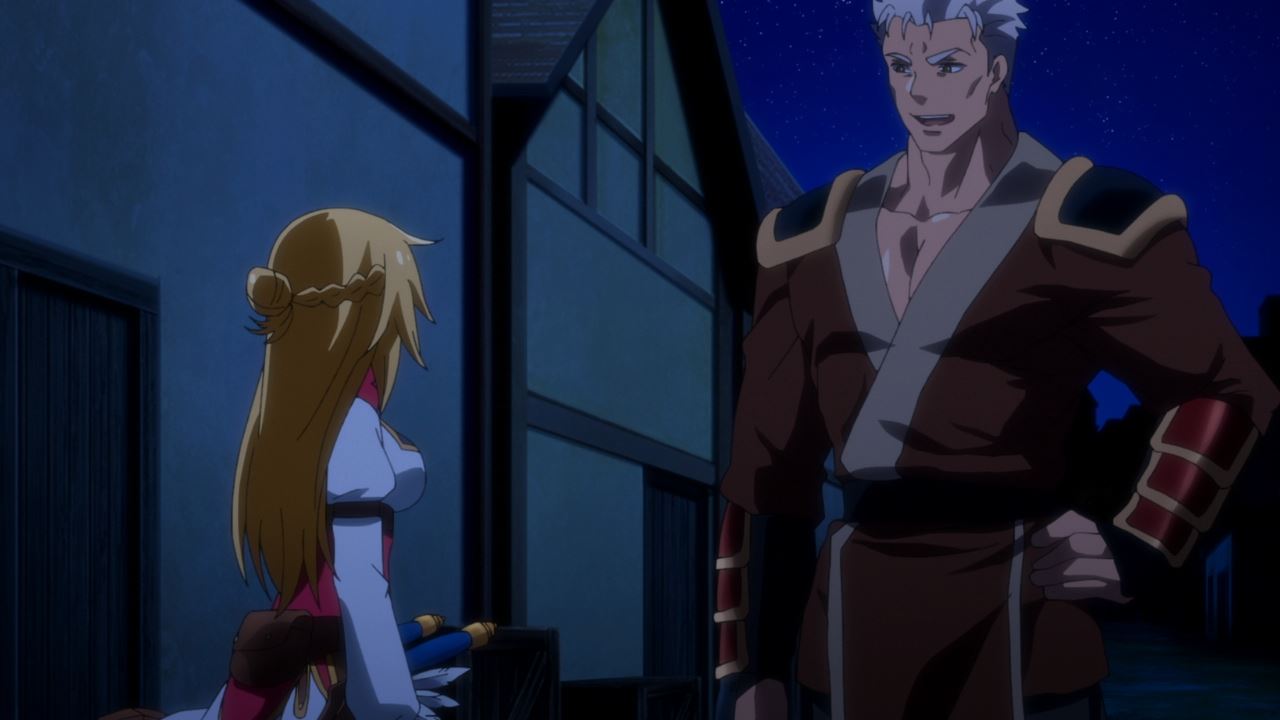 Why it’s none other than Danan where he told Rit not to tell Gideon about his whereabouts. Also, he told Rit to exchange information as there’s a demon infiltrated in Zoltan, possibly distributing illicit drugs that make everyone into a psychopath.

But seriously, is Danan in a rush to find Gideon since he wants to kill the demon lord quickly? Also, what happened to Bui anyway? Honestly, I have a bad feeling towards Danan LeBeau. 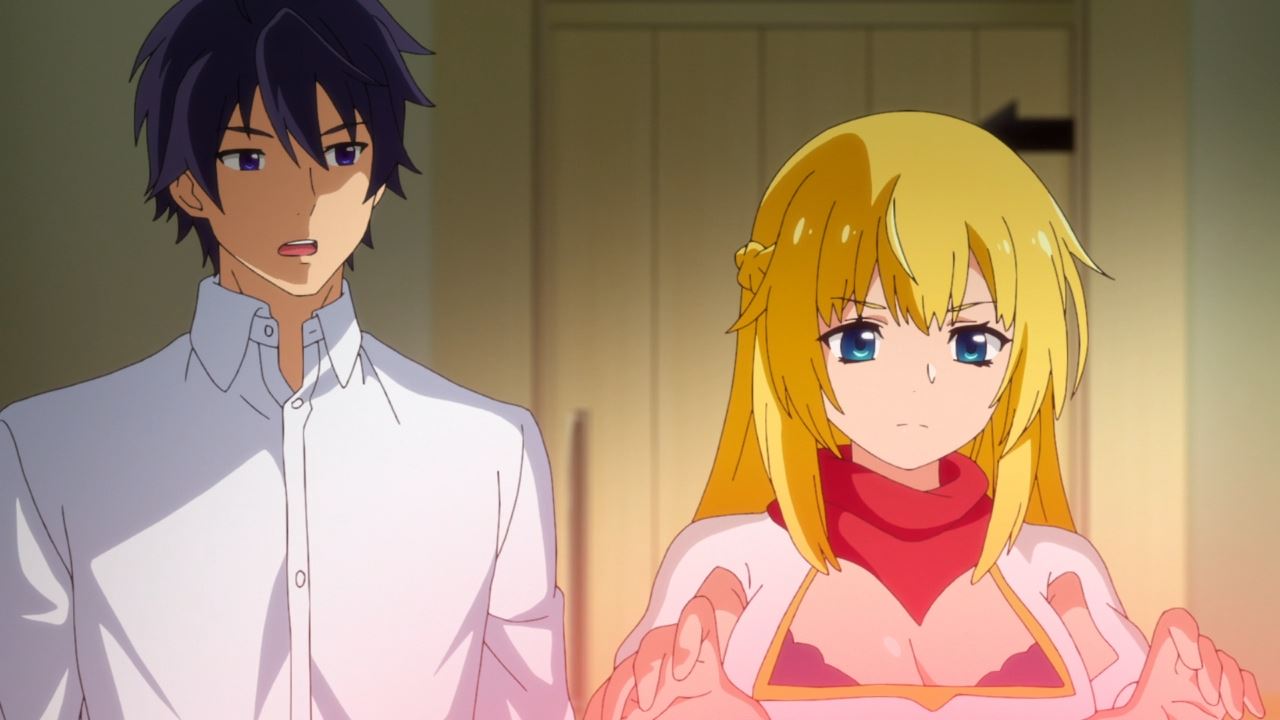 Let’s return to the apothecary where Red and Rit are analyzing a weapon that was given to Al. And here’s what Rit found upon analyzing the crimson-colored shotel. 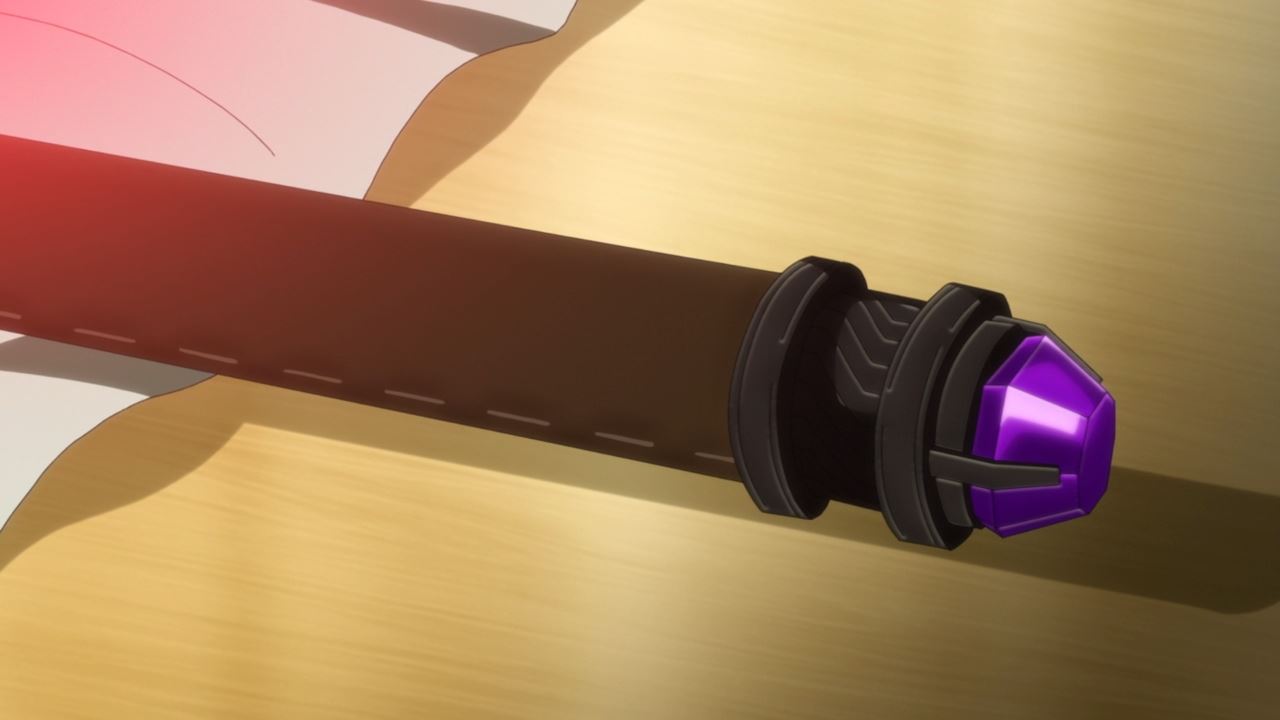 Turns out that there’s a Locate spell inside this ornate jewel. Basically, this weapon is made as a beacon to find either Rit or possibly Red. 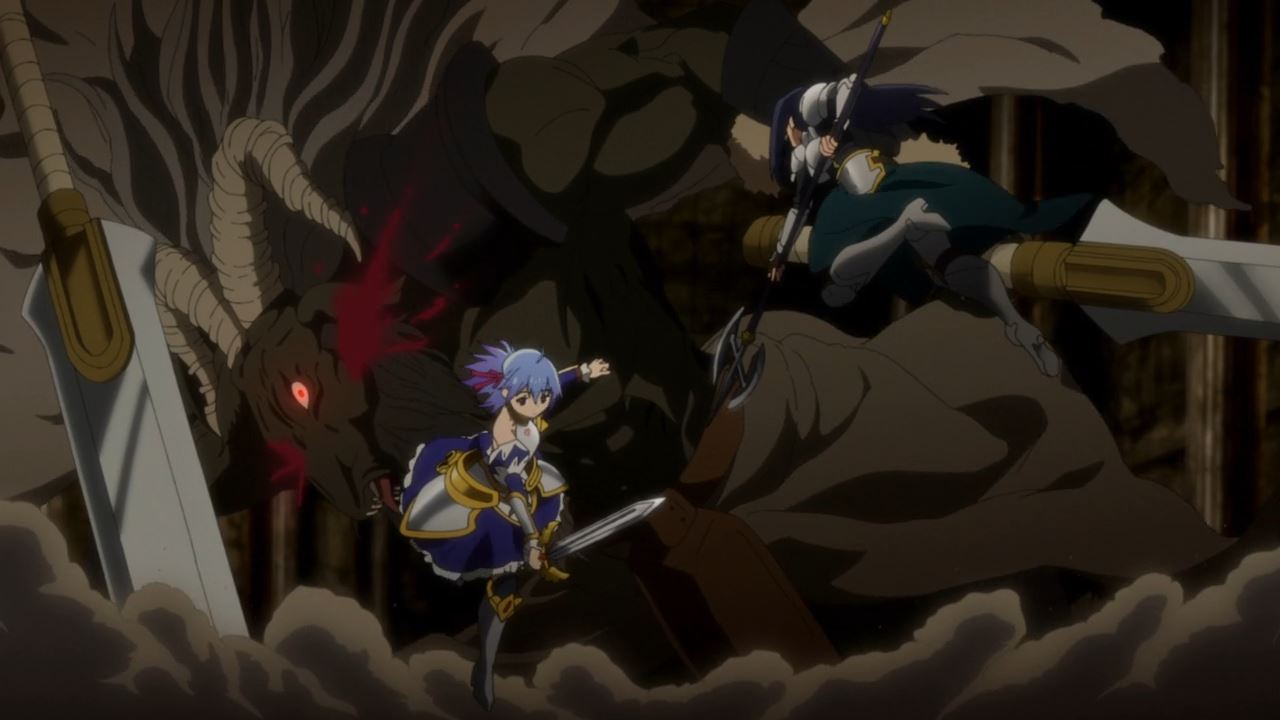 One last thing, here’s Ruti and her party as they managed to kill this monster in order to capture the weapon that might kill the demon lord. 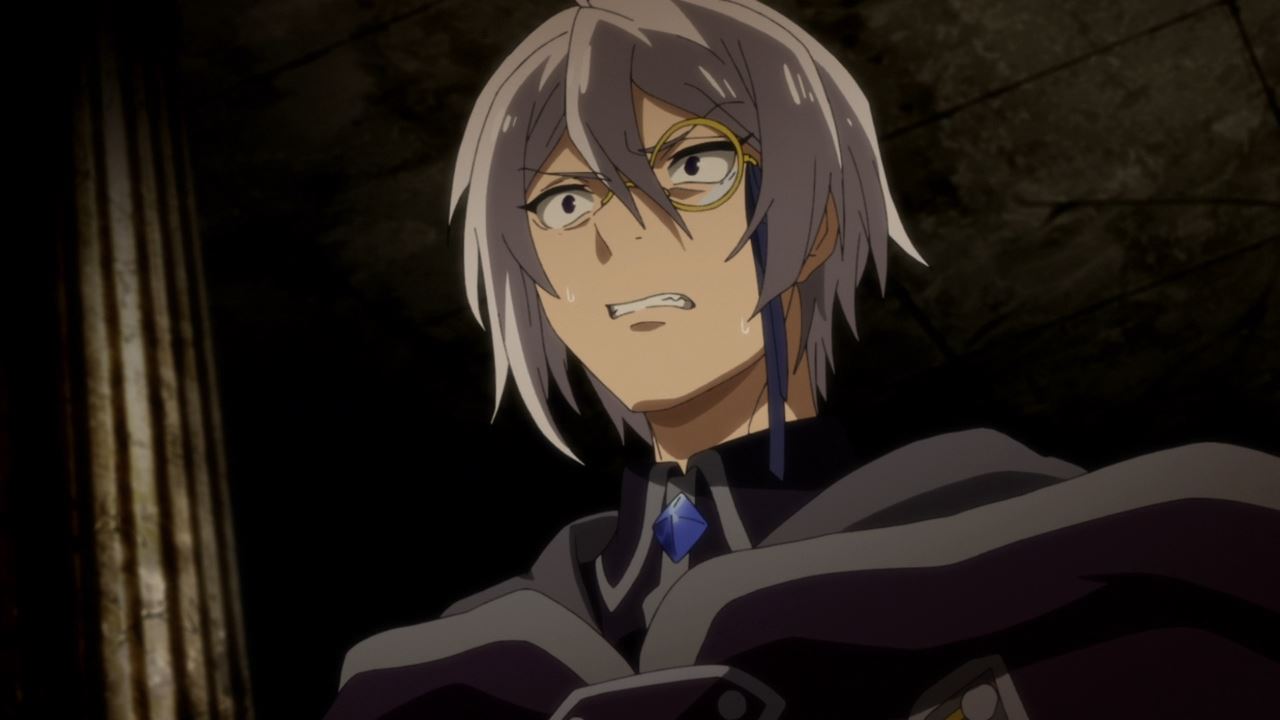 While Ruti and Theodora are pretty much capable of taking down this boss, it appears that Ares is looking more useless as he can’t defend himself. It’s his fault for kicking Gideon out of the party. 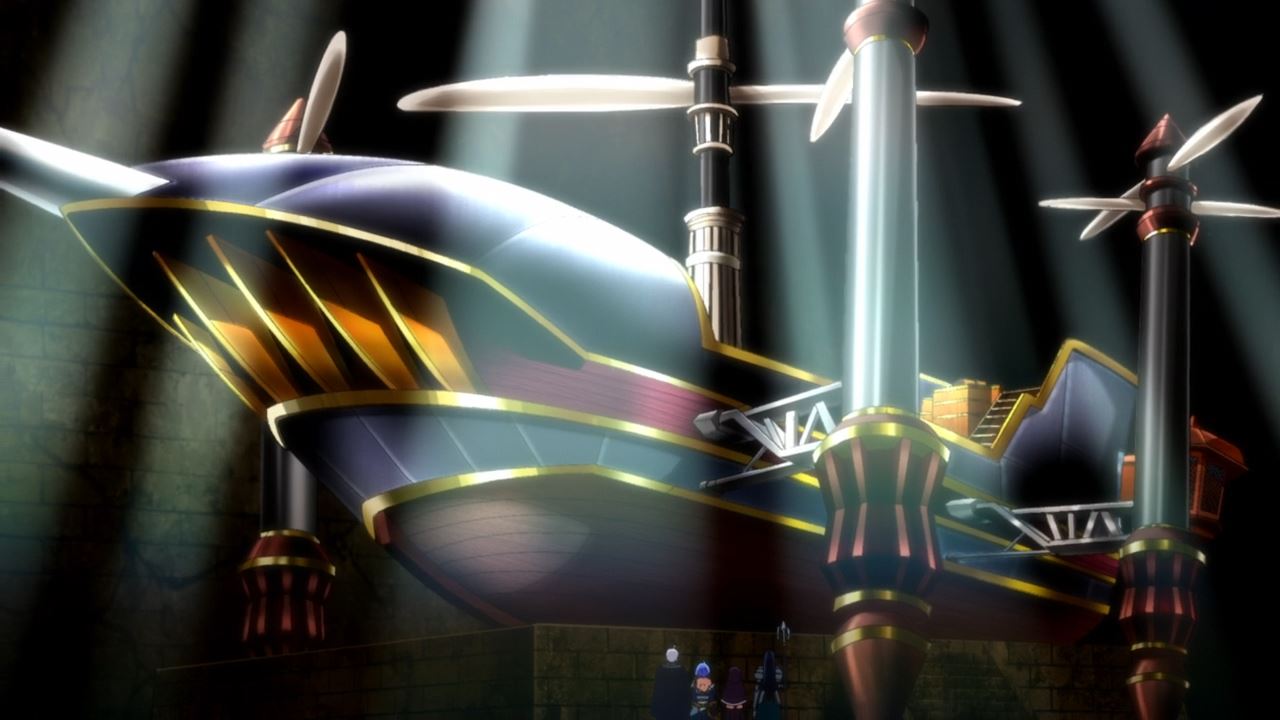 But anyways, they finally found the ultimate weapon which is actually this airship. Now, Ruti will use this airship to go straight towards the demon lord’s castle, but her heart desperately wants to see Gideon.

Anyways, I’ll see you next time where the drug epidemic is getting worse in Zoltan to the point that residents are angry that they’re being targeted by crazy adventurers.