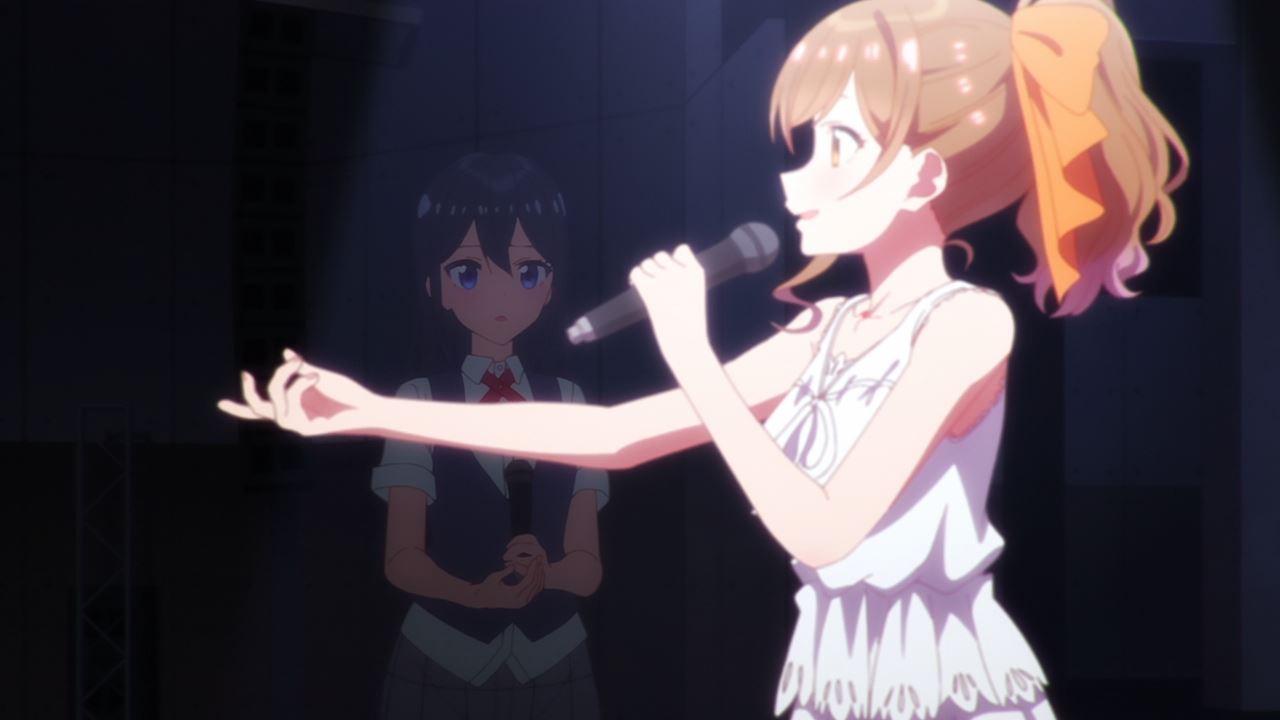 Let’s begin this episode where Suzune Miyama puts her heart and soul as she sings “Only One Yell”.

But then, there’s Rena Hananoi where she has doubts on why Suzune is shining on the stage, despite the fact that she got a heart transplant from Akari Amasawa. 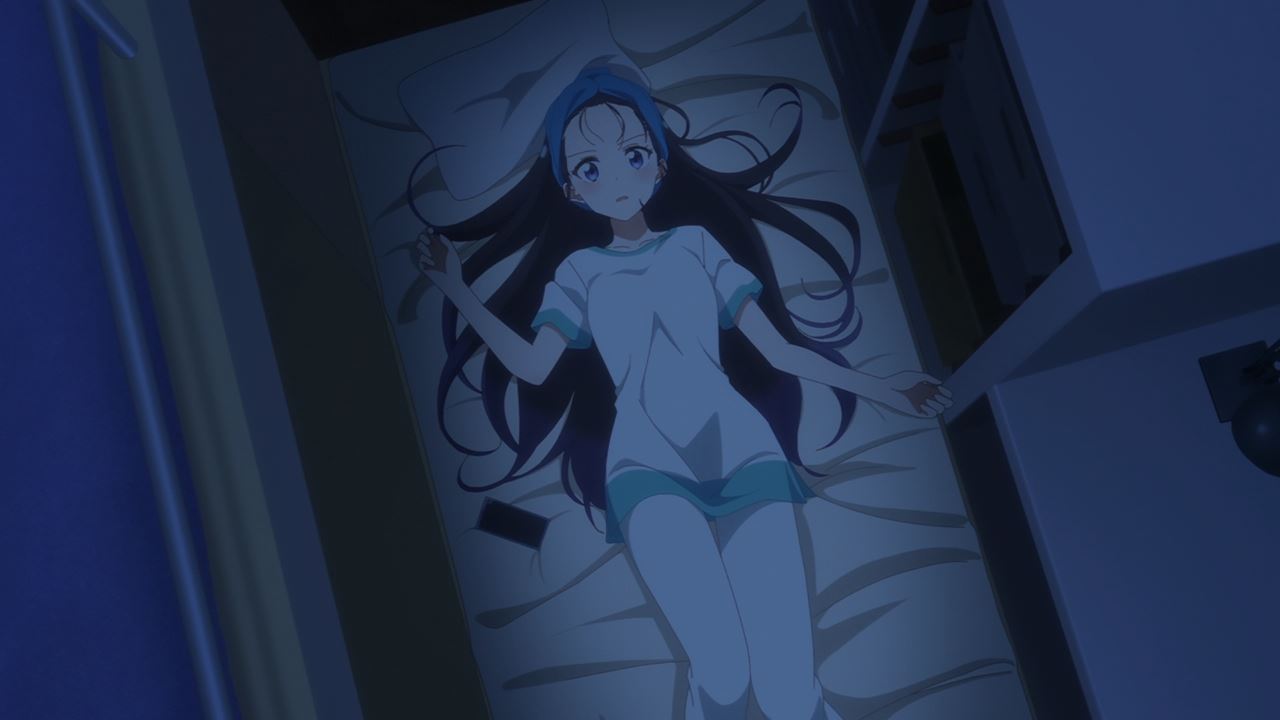 Unfortunately, it’s all just a dream for Rena Hananoi. Still, I feel that she needs some soul-searching before the day of voting arrives. 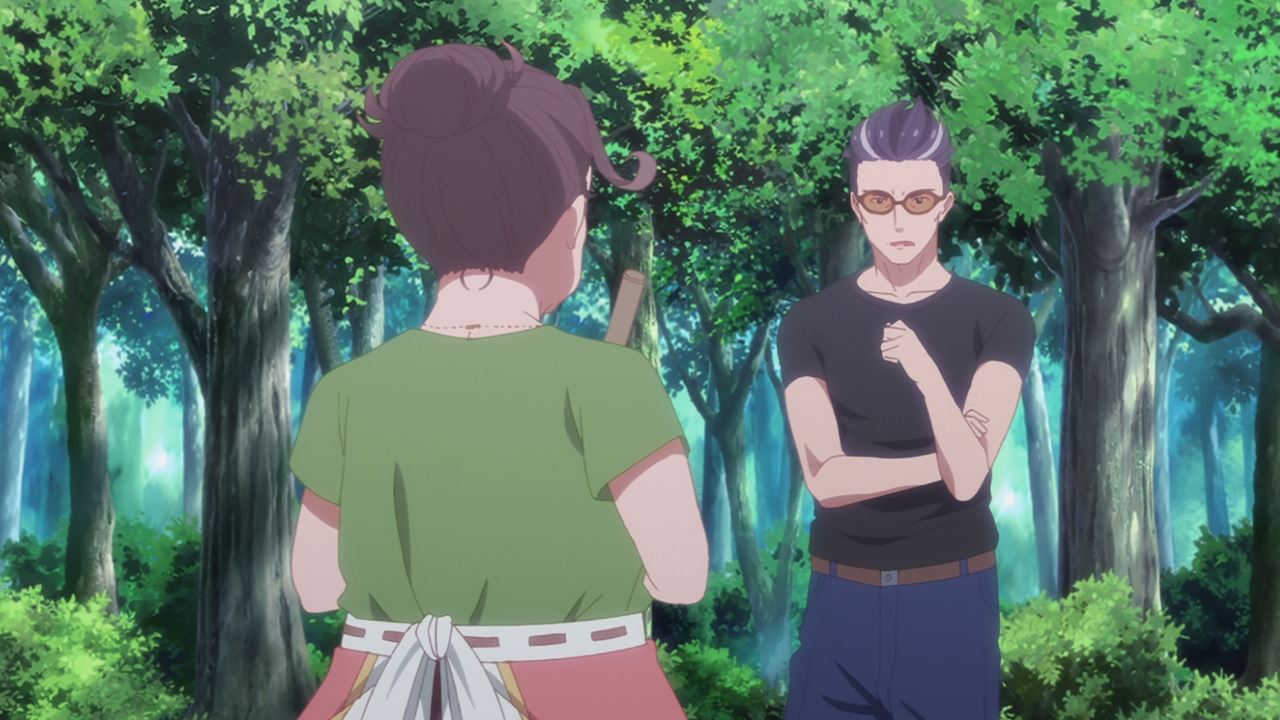 Meanwhile, I would like to introduce you to a new character… or rather someone familiar as this person happened to be Jun Oshiruko, a former enka singer who’s now know as Selection Project’s mascot Sumipanda.

Oh by the way, looks like Jun-san is worried about Rena Hananoi as she wasn’t interview yet by the staff. After all, the day of voting is fast approaching as contestants must cast their vote soon. 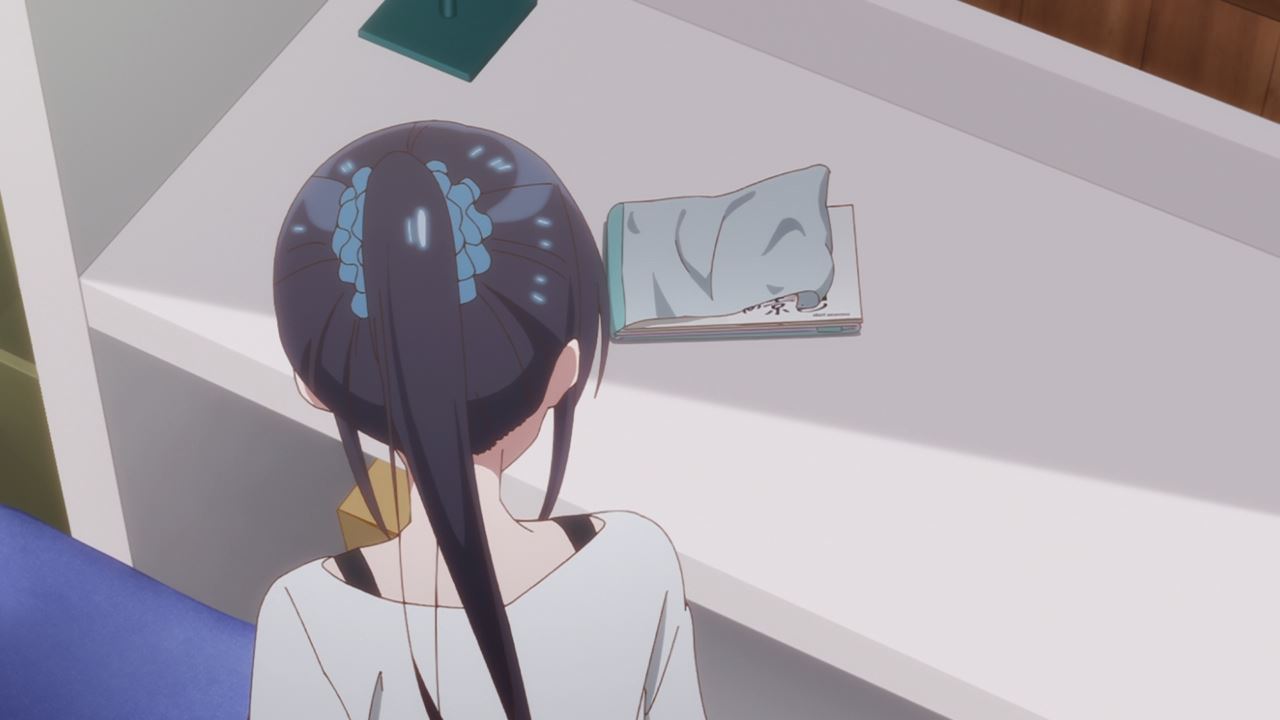 But let’s move onto Rena Hananoi where she found a photo album of Akari Amasawa. Seems that Rena’s mother delivered it along with the letter from Suzu-chan. 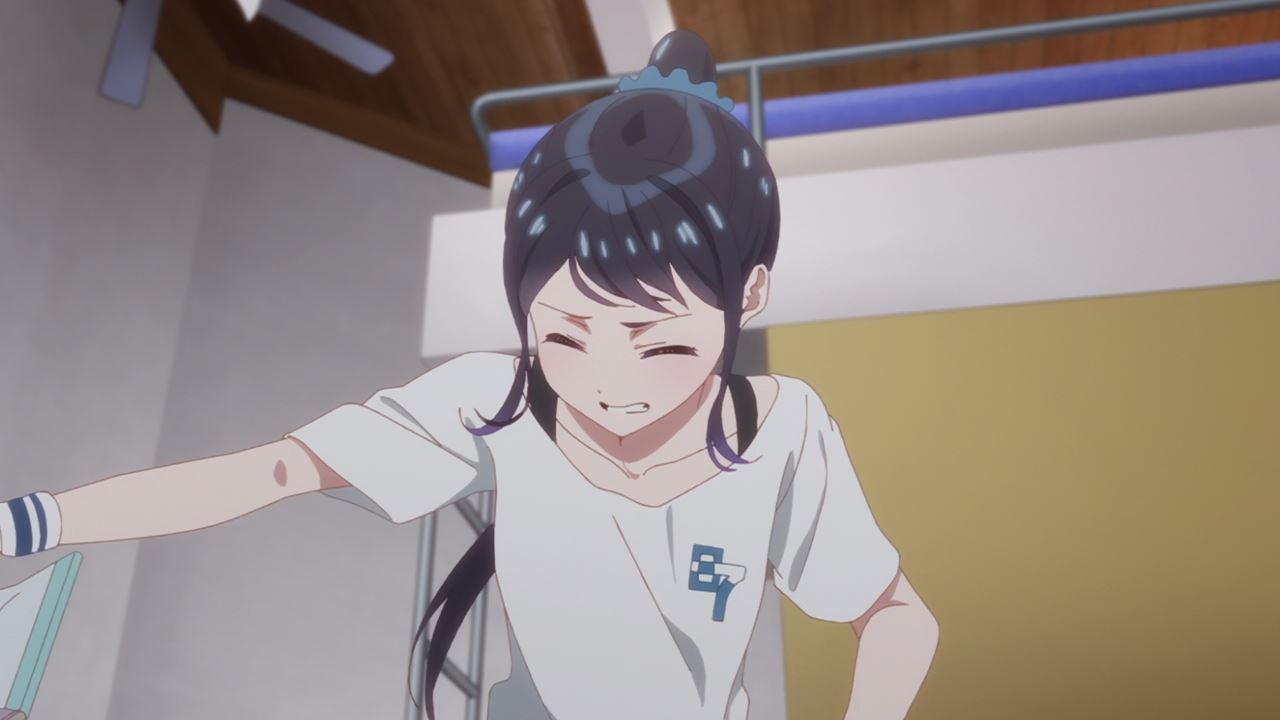 Unfortunately, Rena doesn’t want to see it as she slap the photo album away. Really a shame there ’cause there might be a message that will help Rena. 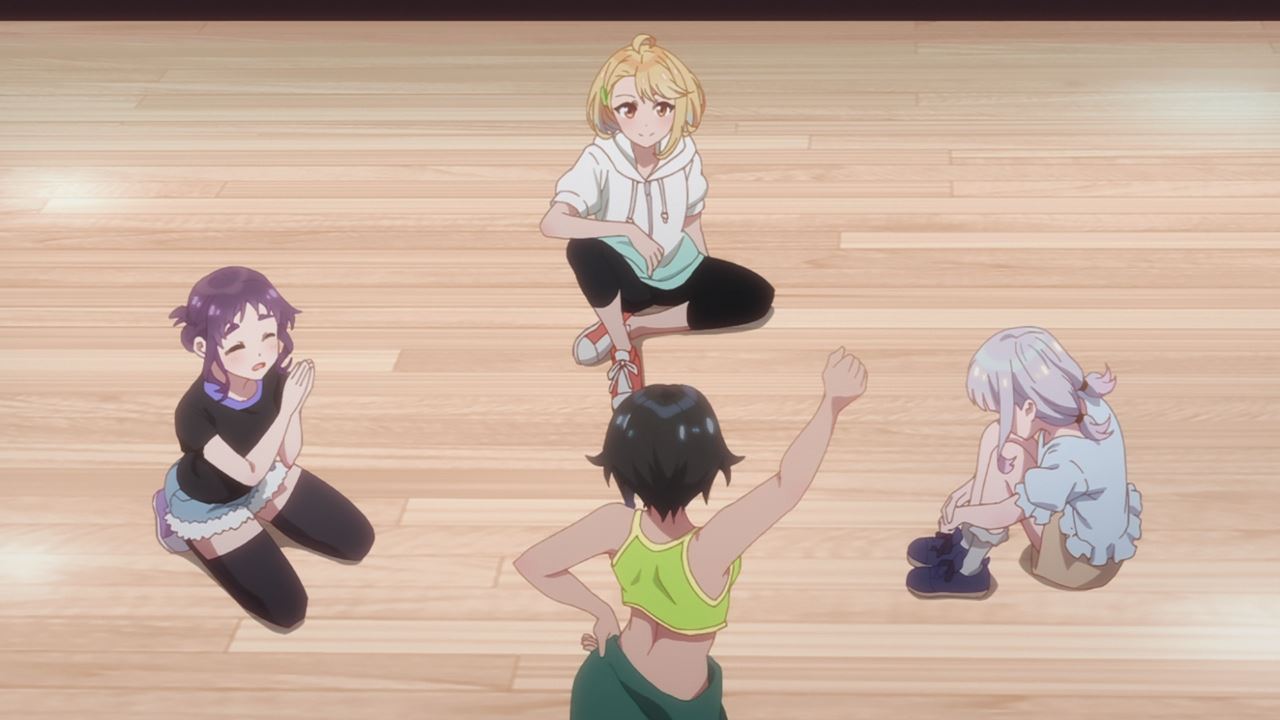 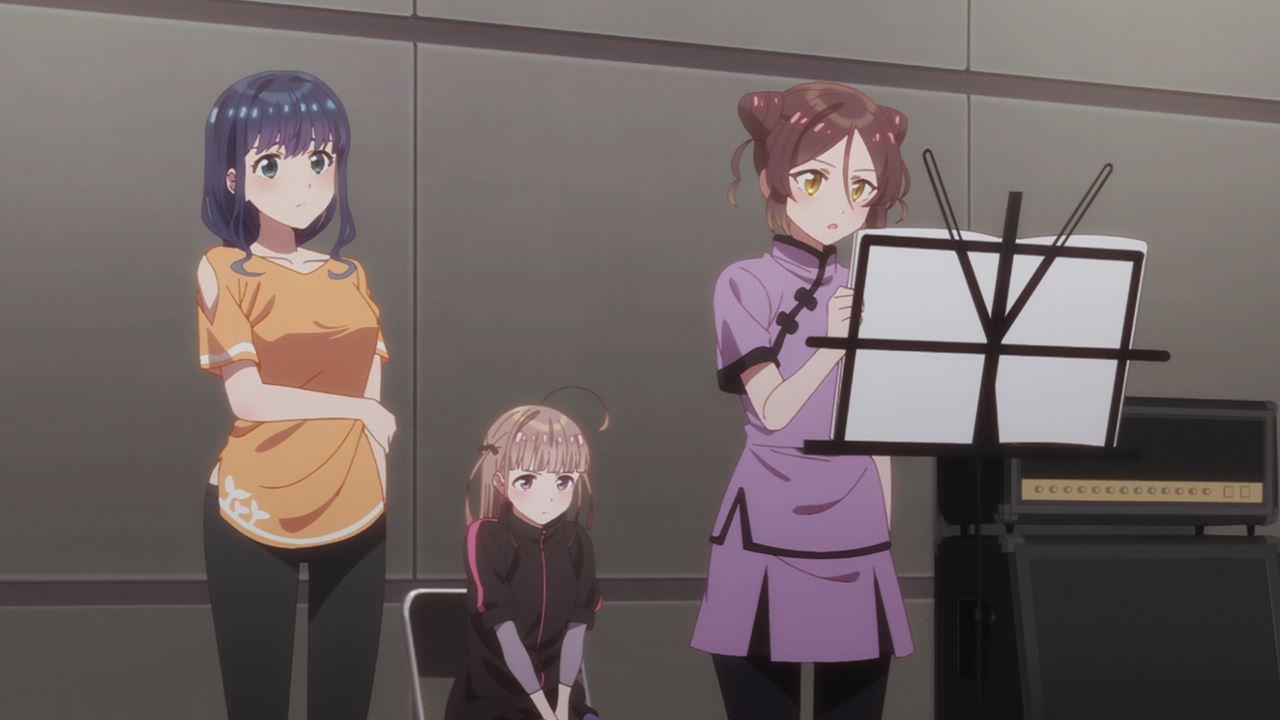 Meanwhile, here are the rest of the contestants where they’re still hesitant to vote out their rivals. After all, they become friends during the course of the competition, so it’s really hard to eliminate someone.

Of course, should all of them didn’t cast their vote, they might get disqualified and thus the 7th edition of Selection Project won’t have a winner. 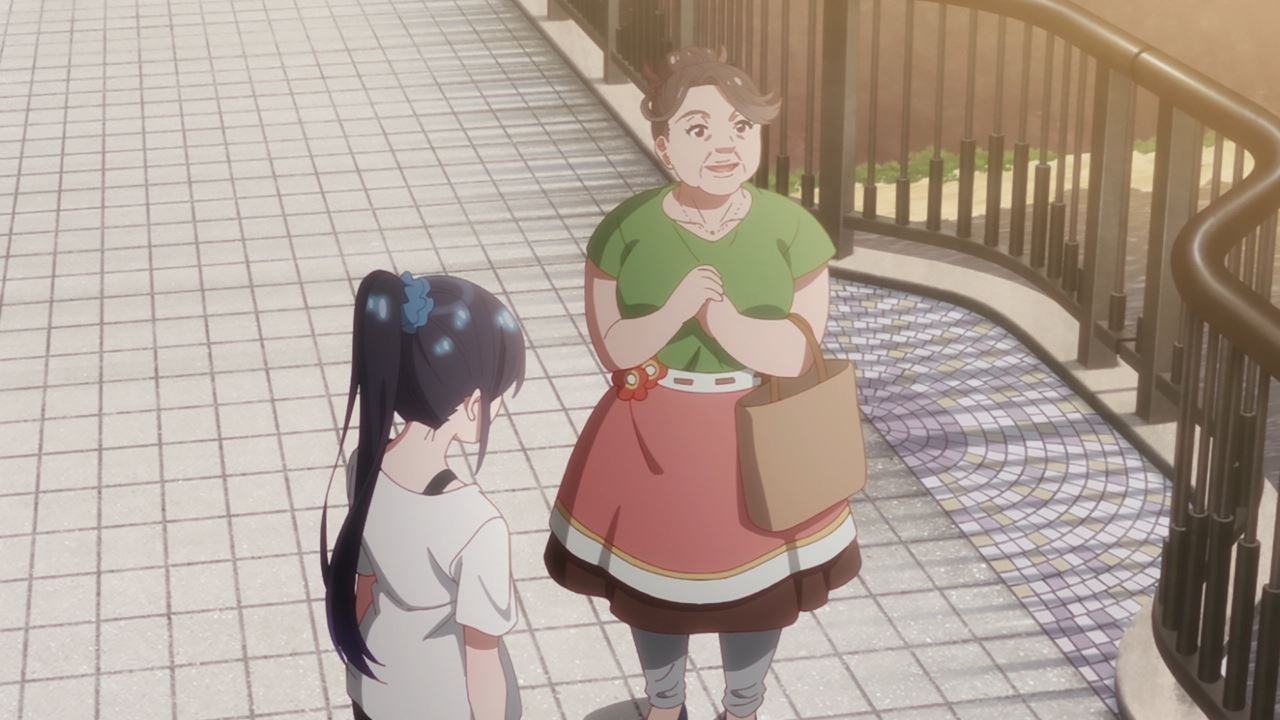 But let’s return to Rena Hananoi where she had a conversation with Sunny. There, Sunny told Rena that she met lots of girls who laugh, argue, and cry to chase their dream of becoming idols to the point that the contestants showed their true selves.

Of course, the caretaker is worried about Rena’s heart in which Sunny feels that it’s completely shut to everybody. 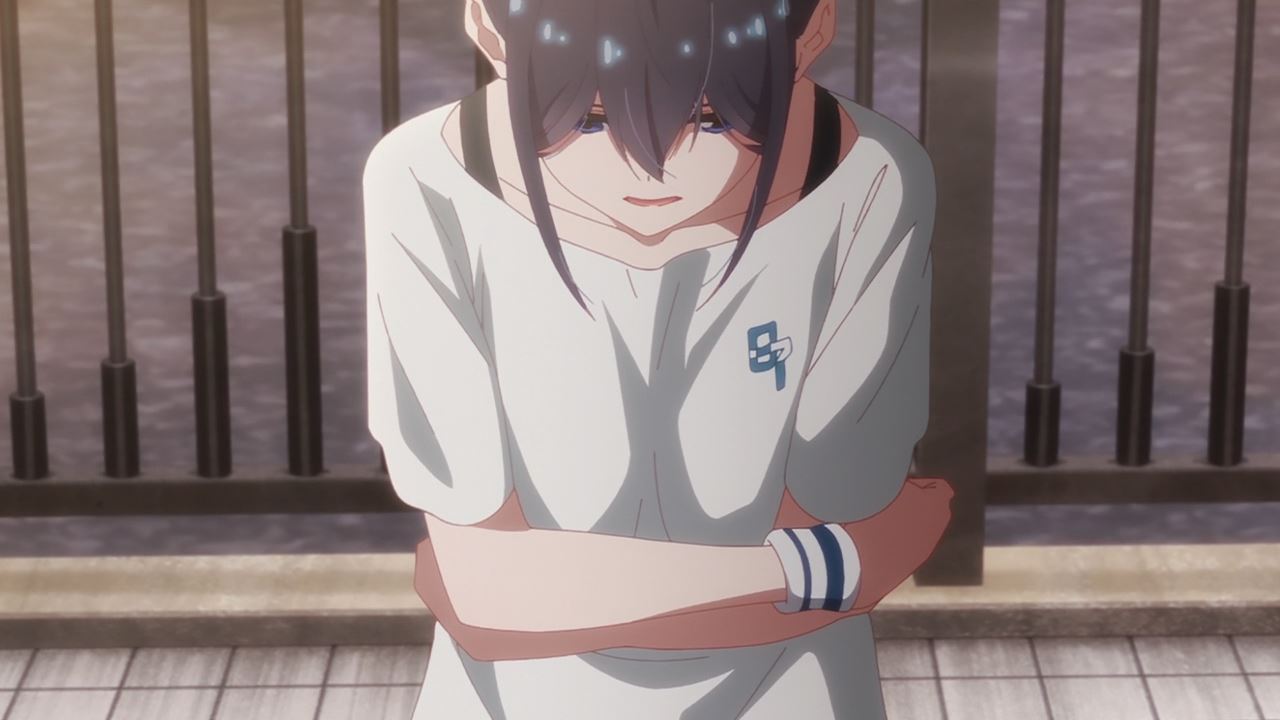 Speaking of Rena, it seems that the reason why she can’t open her heart to everybody is because of her association with her sister Akari Amasawa.

While she admits that her sister is amazing to the point that Rena tries to emulate Akari, copying her sister is not enough to stand on her own two feet as Rena needs to open her heart. 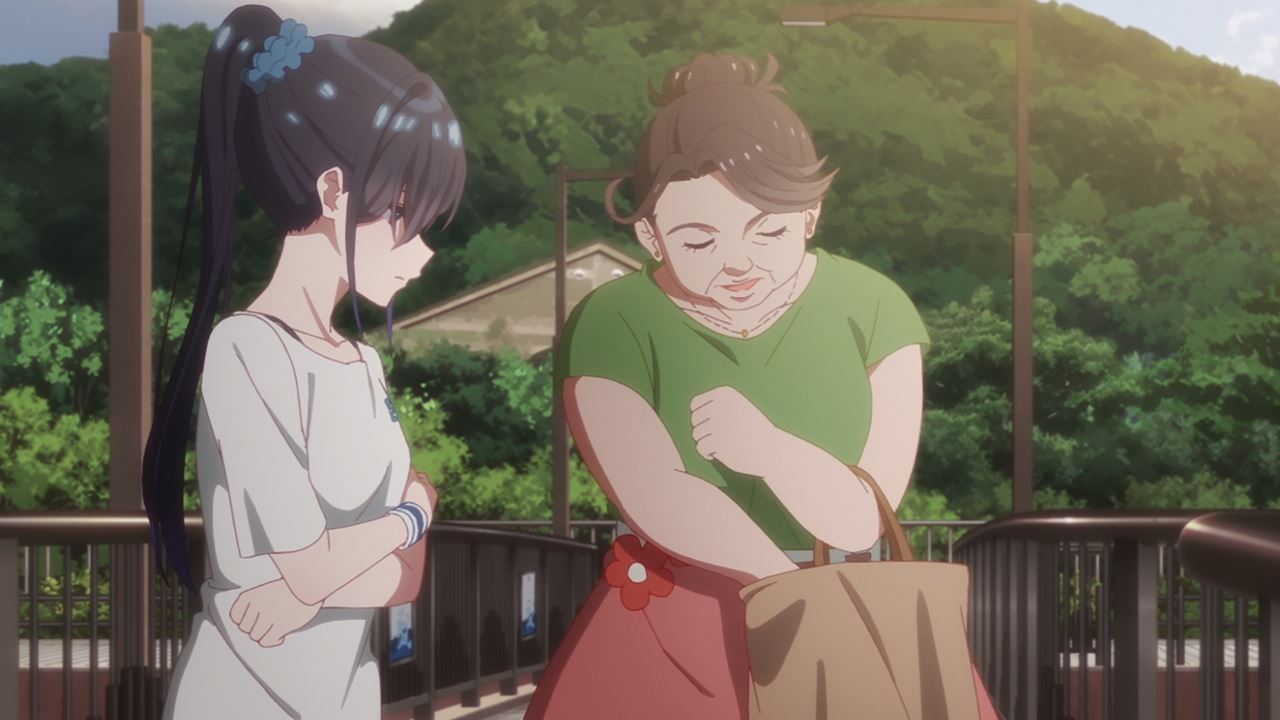 One more thing, looks like Sunny wants to return an important item to Rena Hananoi… 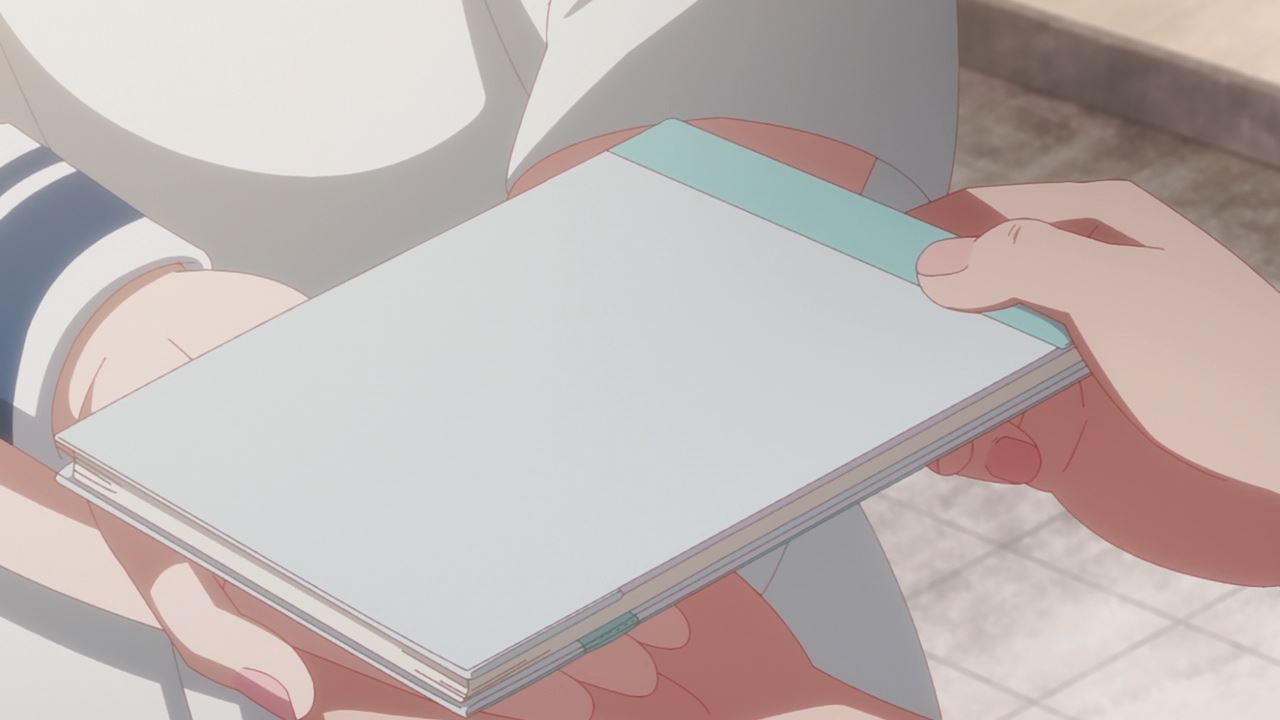 It’s the photo album of Akari Amasawa where Rena Hananoi read one of her sister’s inspiring quotes.

This struck her pretty hard that Rena decides to express herself wholeheartedly rather that closing it to everyone, including Suzune Miyama. 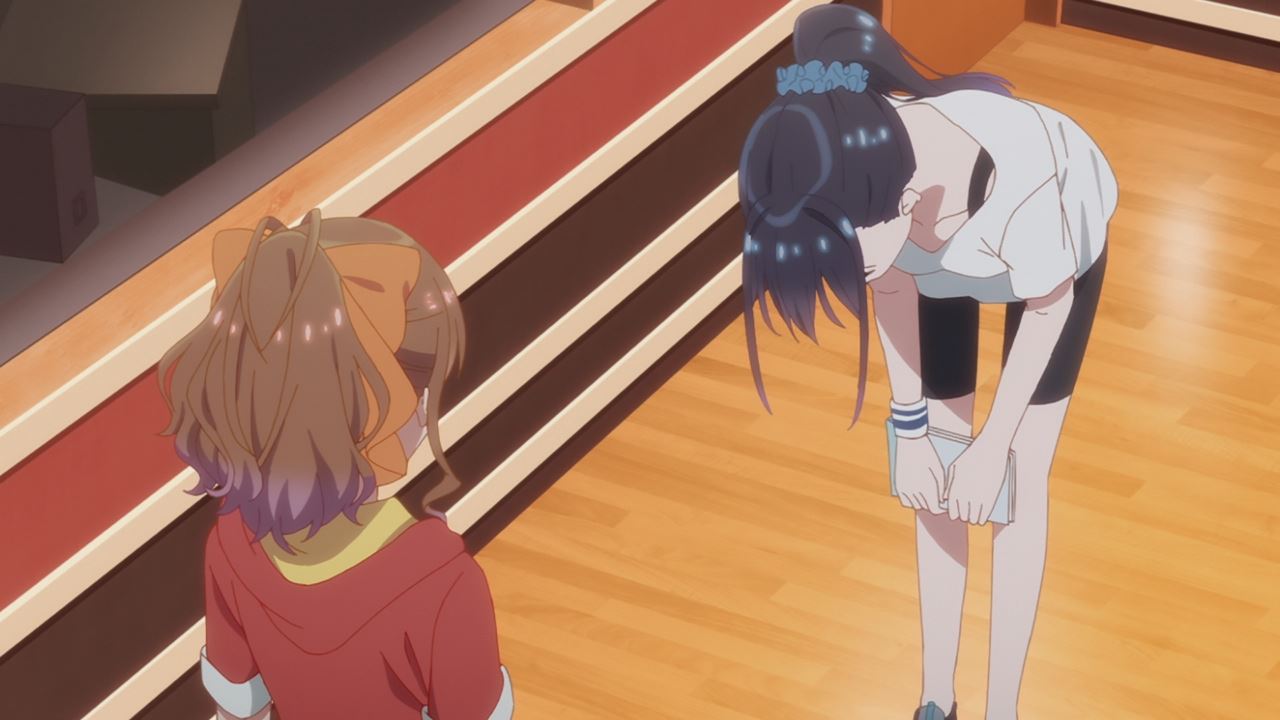 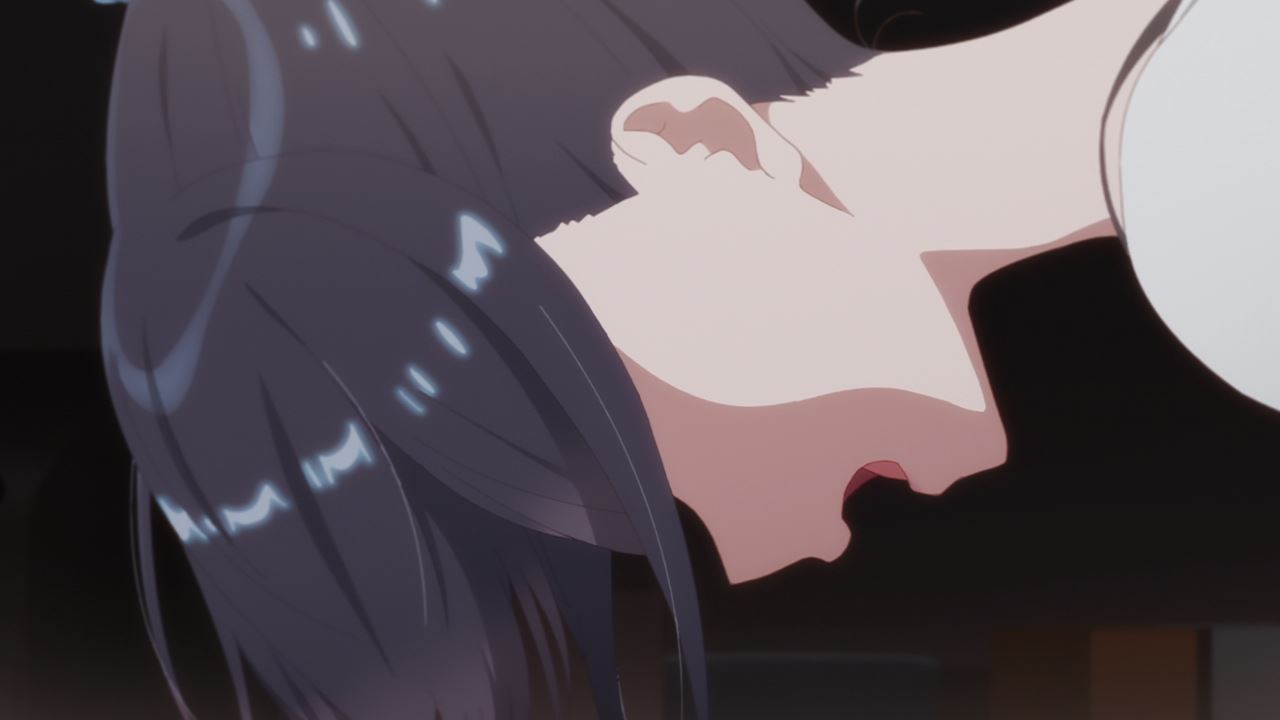 Anyways, Rena Hananoi went to Suzune Miyama and apologized as she realized that there’s no need to emulate her sister, but rather express her own true feelings.

And one more thing, looks like Rena is glad to meet Suzu-chan, the person who inherited Akari’s heart. Of course, Suzune made it to the Selection Project because of her own willpower, not just because she inherited Akari’s spirit. 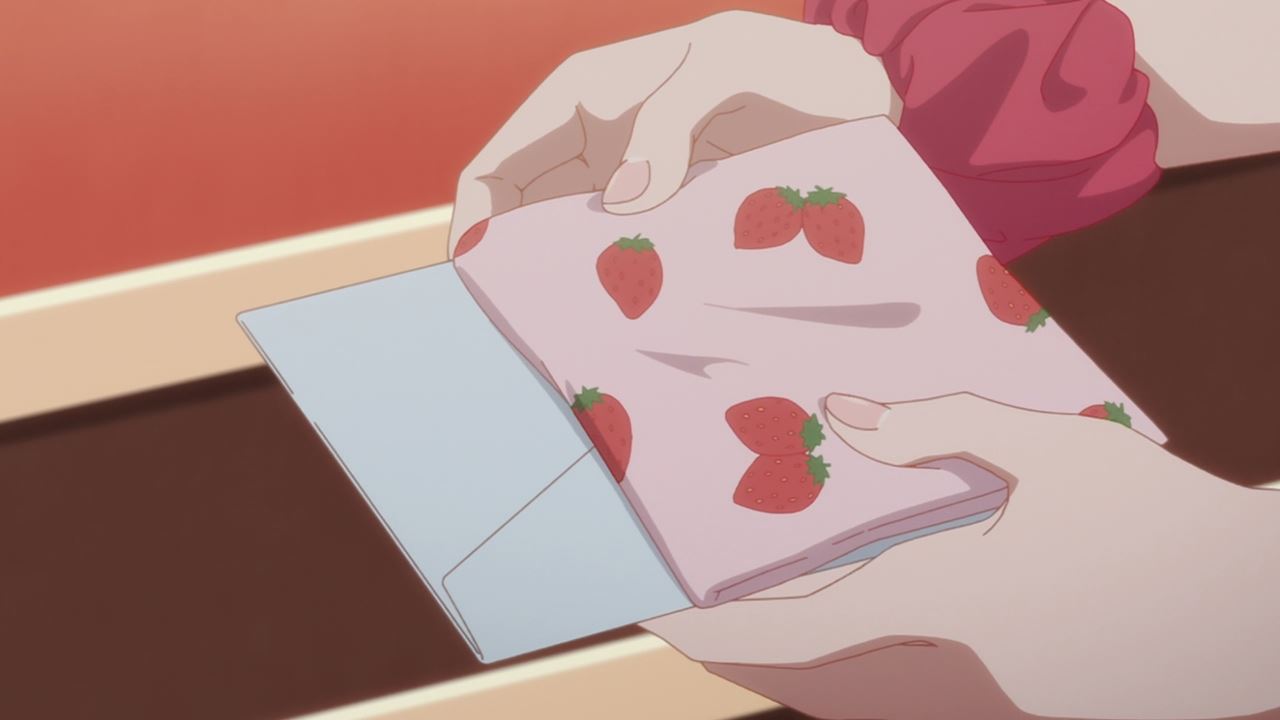 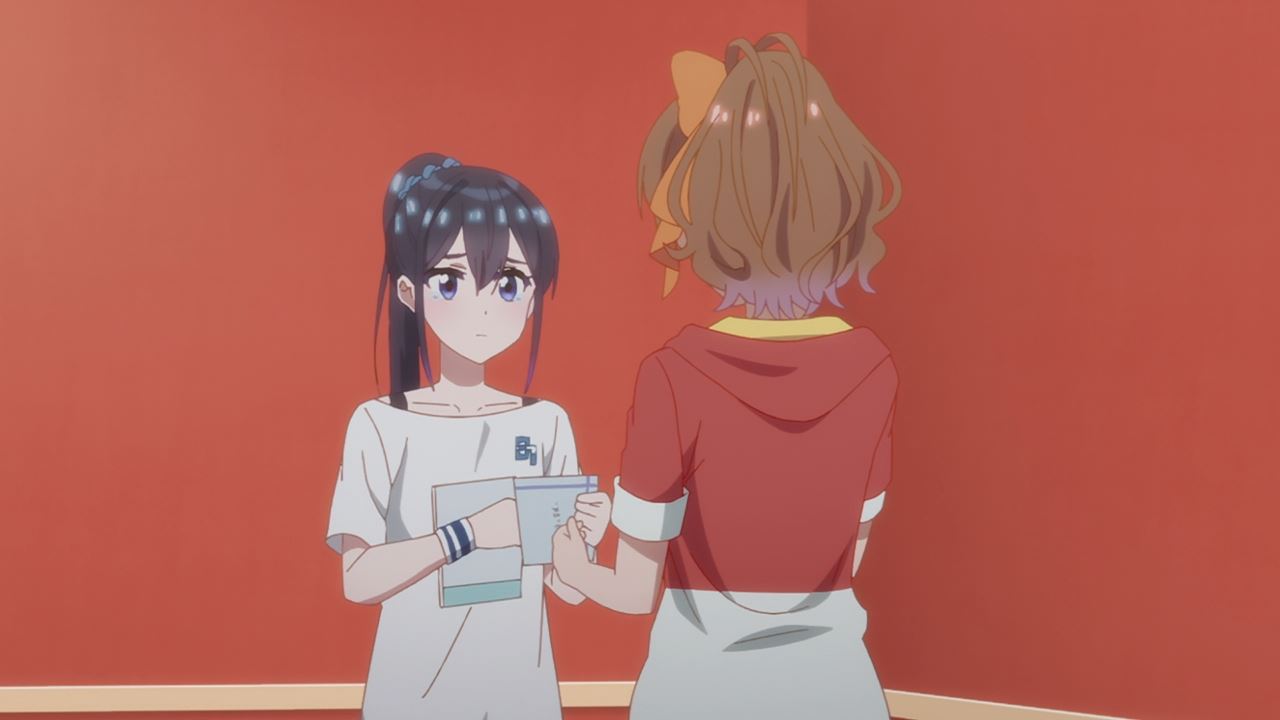 Speaking of Suzune Miyama, looks like she decides to give her letter of appreciation, which was supposed to give it to Akari Amasawa, back to Rena Hananoi. That was really nice of her! 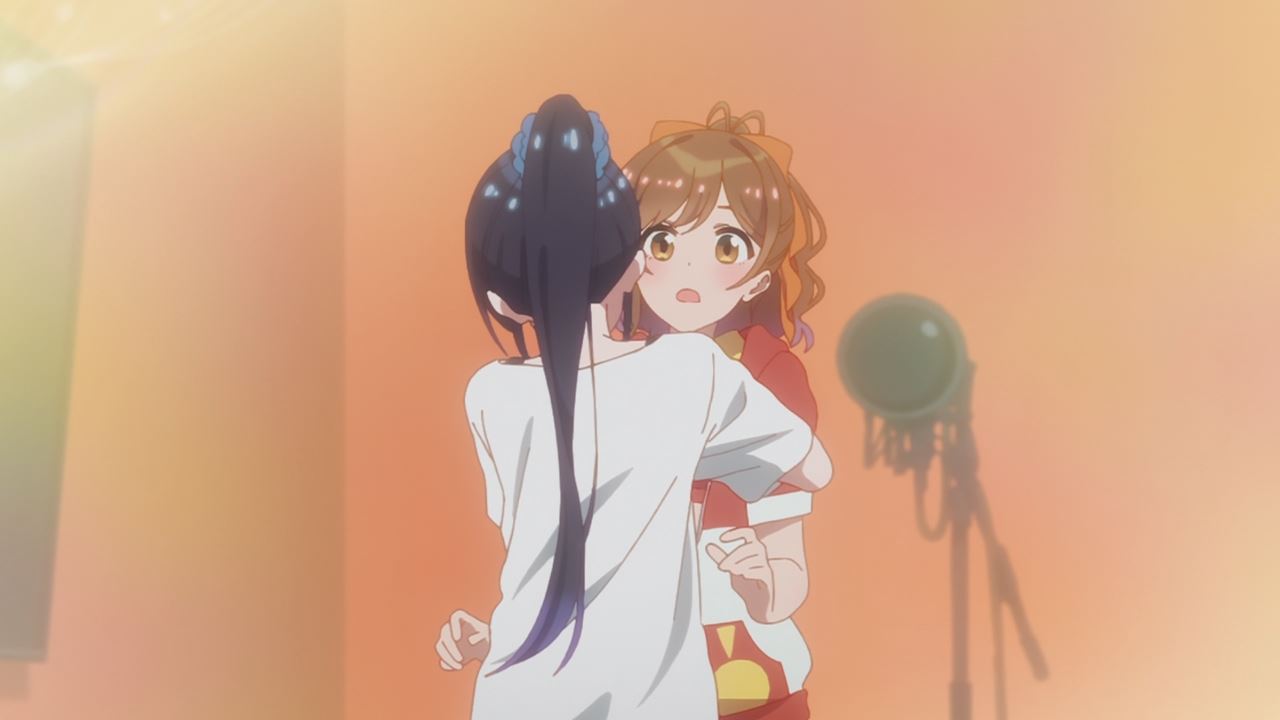 Anyways, even though Akari Amasawa is no longer with them, her spirit made their connection stronger than before. Seriously, they’re fated to be together on the stage! 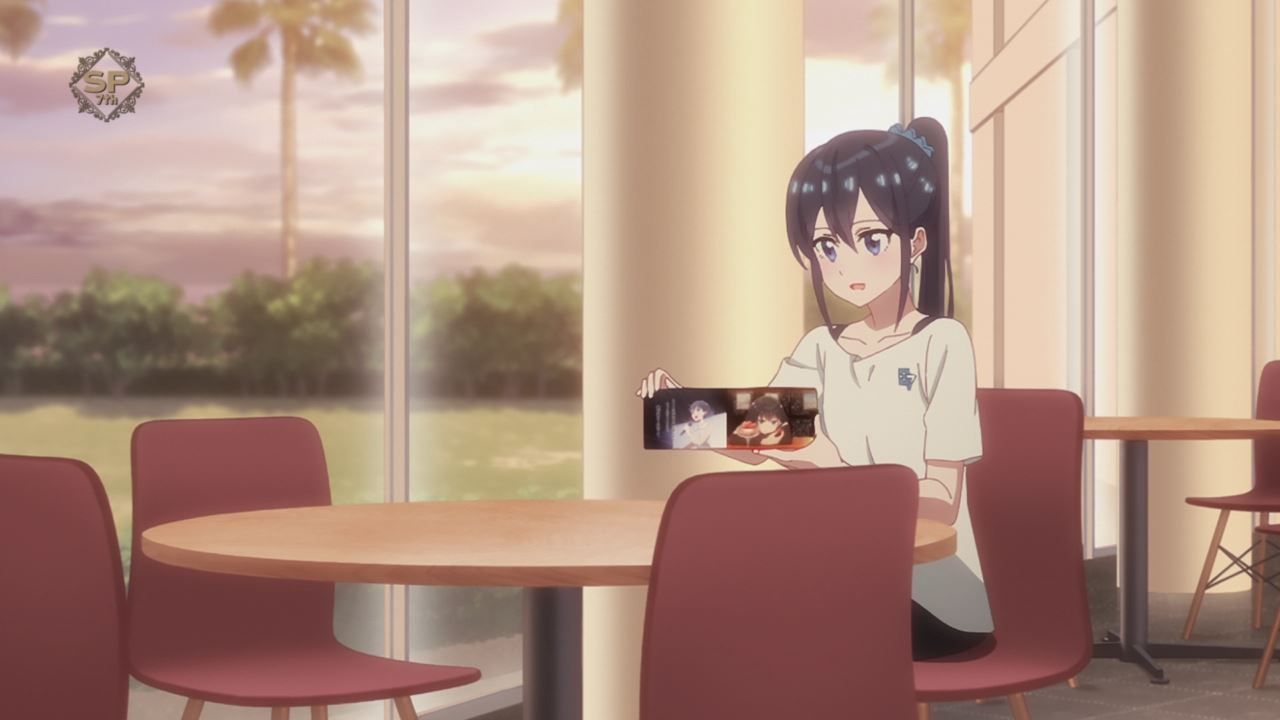 Now then, it’s time for the interview where Rena Hananoi talks about how she was inspired by her sister Akari Amasawa to become an idol.

Heck, Rena even managed to show Akari’s photo album in front of the camera. All I can say is that her personality has improved a lot as Rena is no longer the aloof girl. 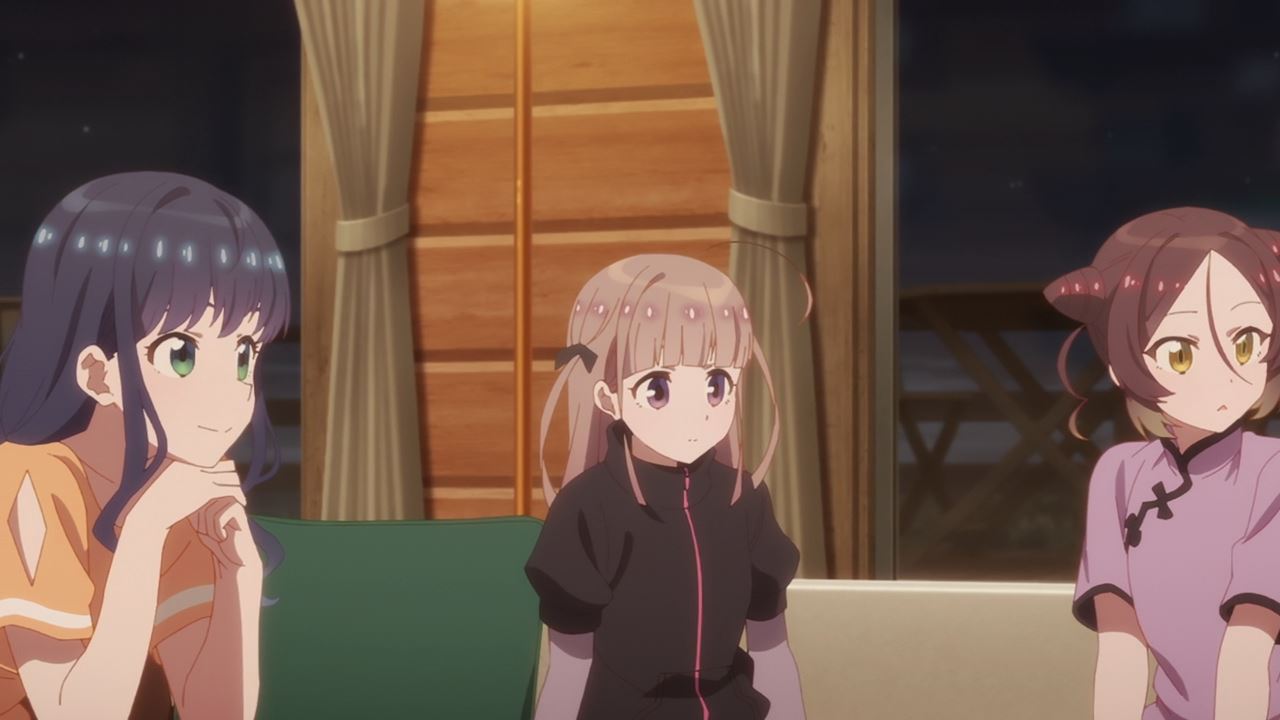 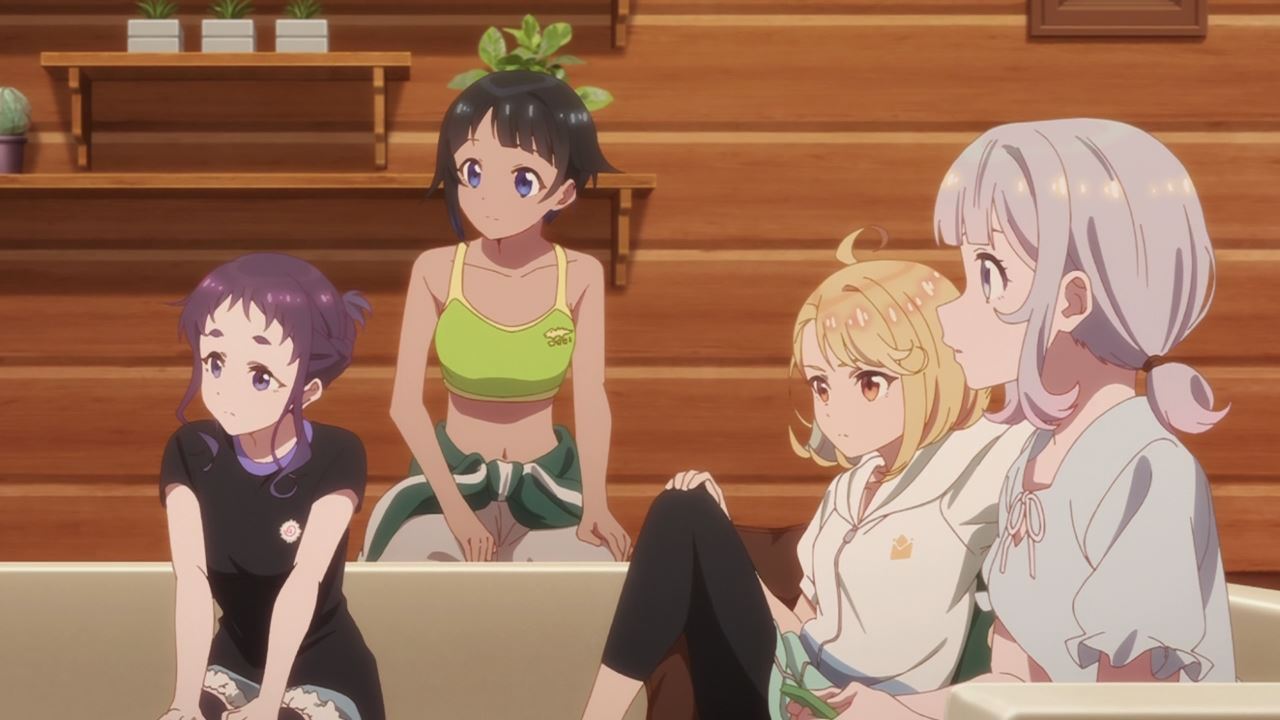 Of course, Rena didn’t watch her own interview along with her fellow contestants as she’s a bit shy on watching it. But that’s about it for this episode as Rena’s woes when it comes to her sister has finally resolved. 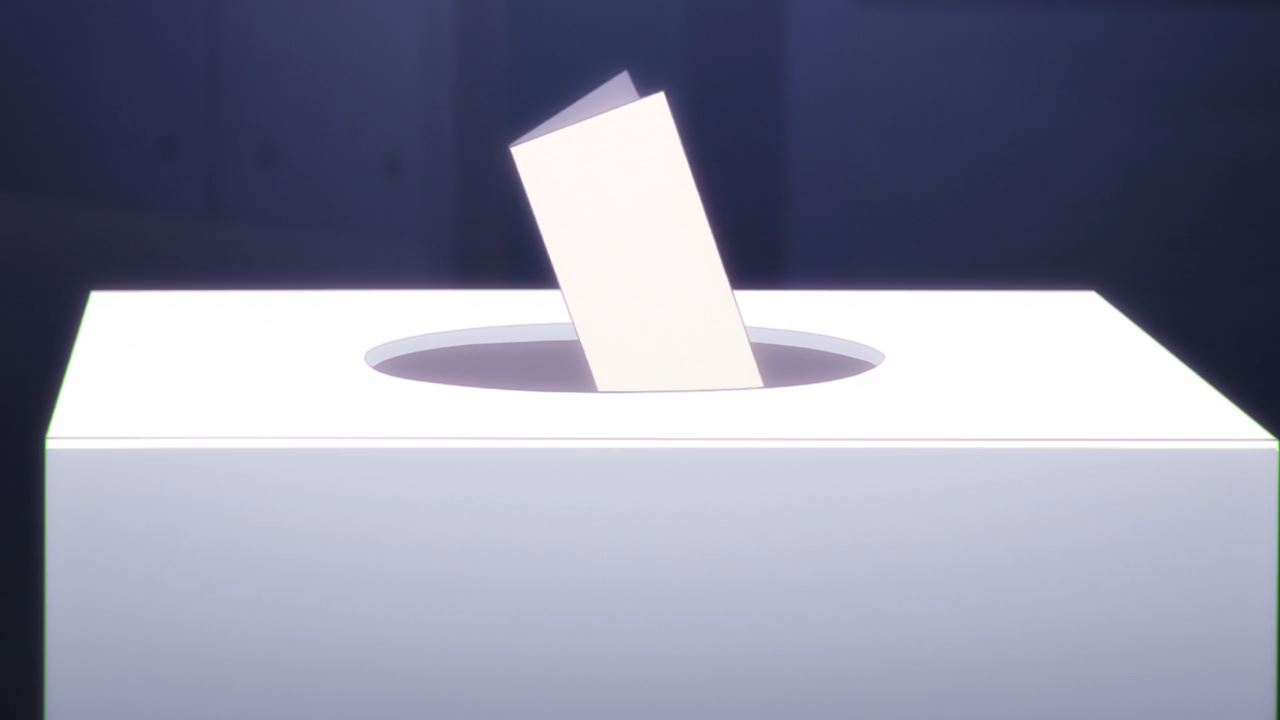 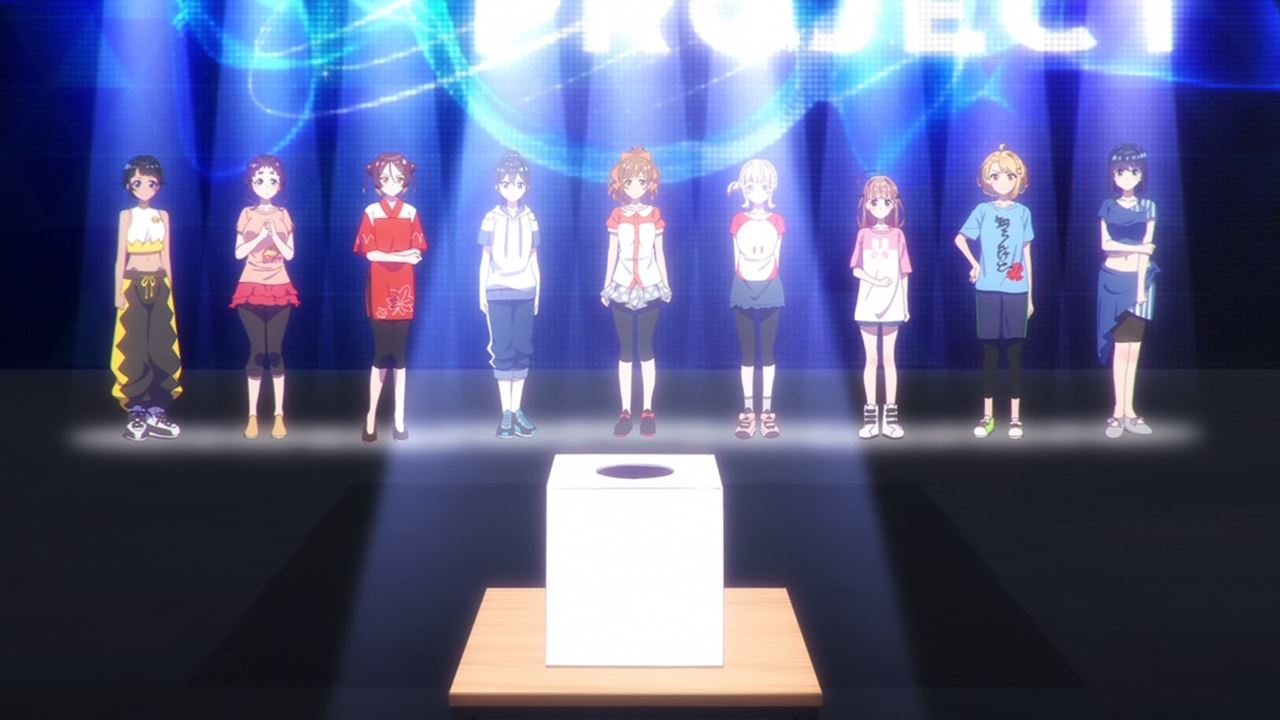 Now comes the hardest part as everyone has no choice but to cast their votes on which contestant won’t be making her debut as an idol. Anyways, we’ll find out next time to see for ourselves!