Posted on December 5, 2021 by benigmatica 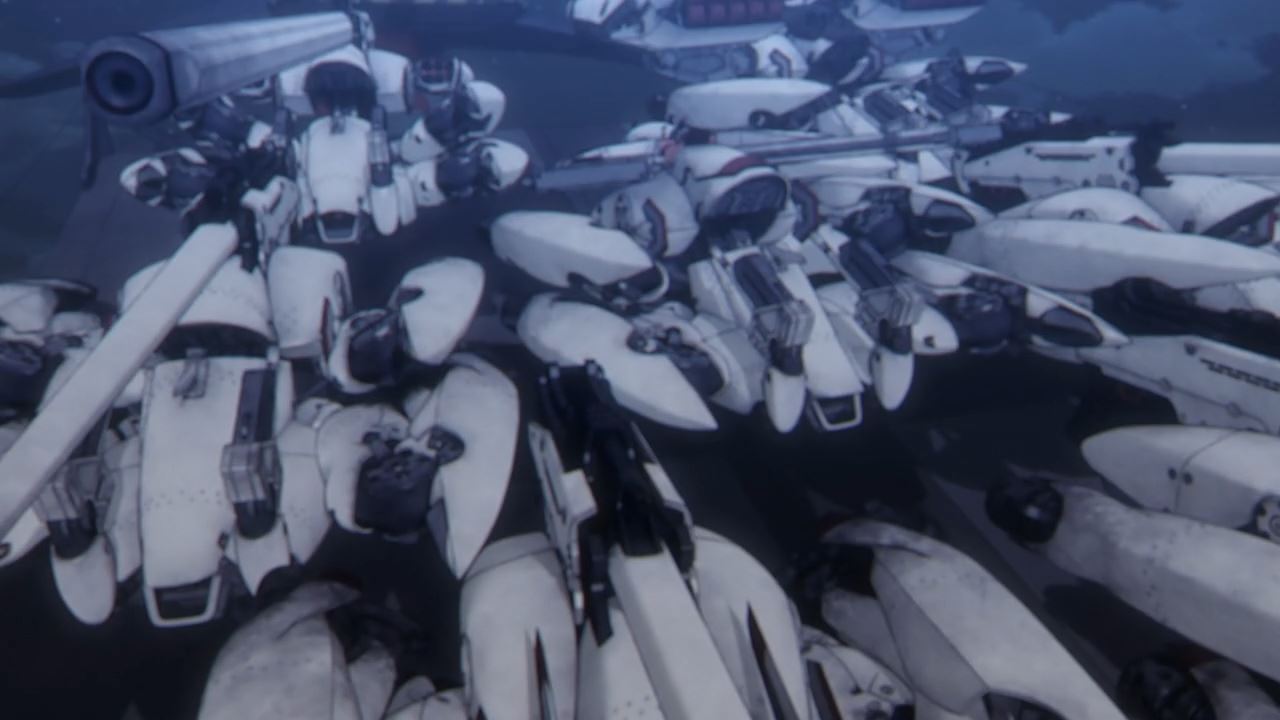 And now, Grethe Wenzel dropped the elite Eighty-Six soldiers to the battlefield and the lieutenant colonel and her flight crew will act as bait for the Legion, although I fear that the enemy will take their heads once the XC-1 Nachzehrer is shot down. 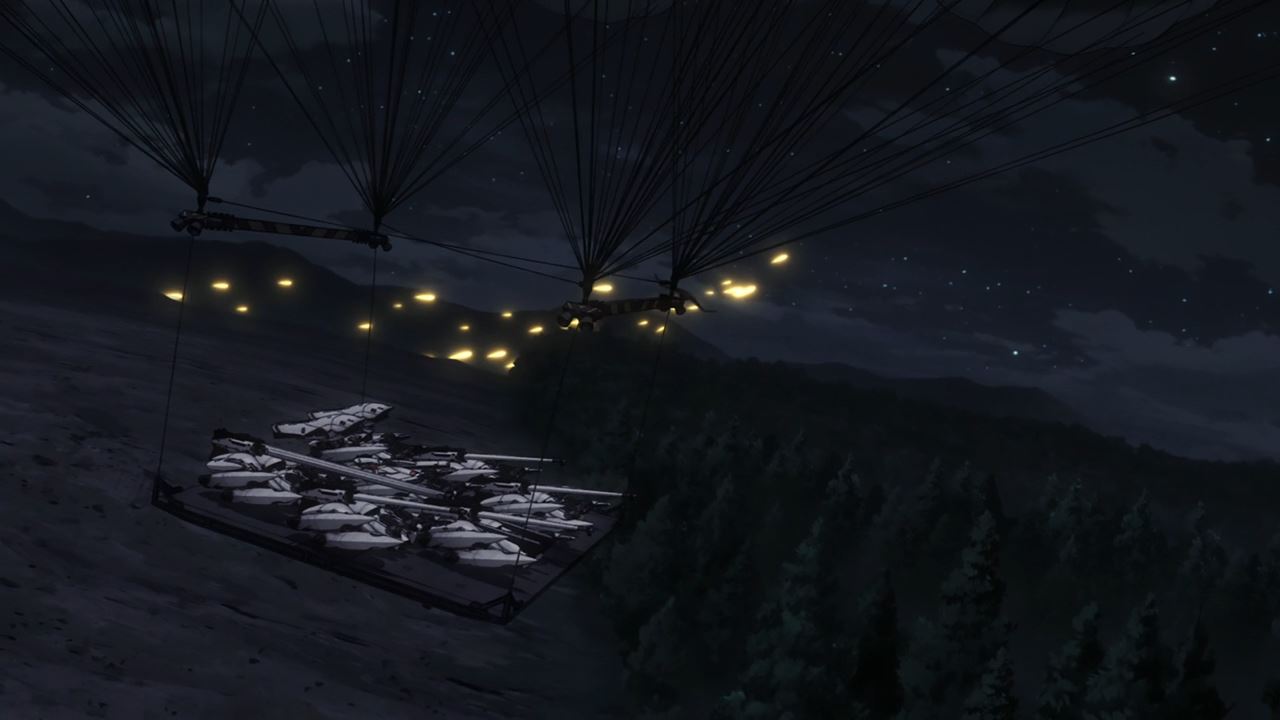 For now, Shinei Nouzen and his fellow Eighty-Sixers will focus on destroying Morpho before the superweapon fires its massive railgun. Even then, the Legion is aware of their plan. 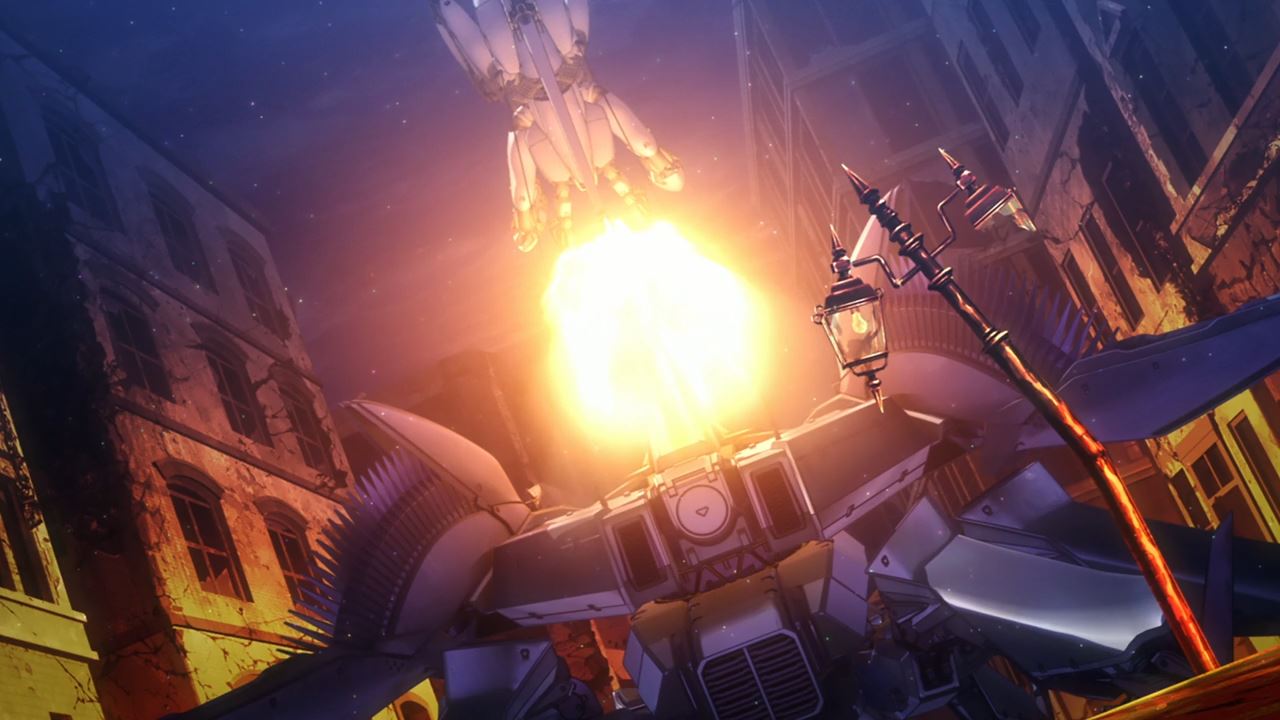 Now then, looks like Shin and the rest are tearing every single enemy they see until they reach the superweapon. 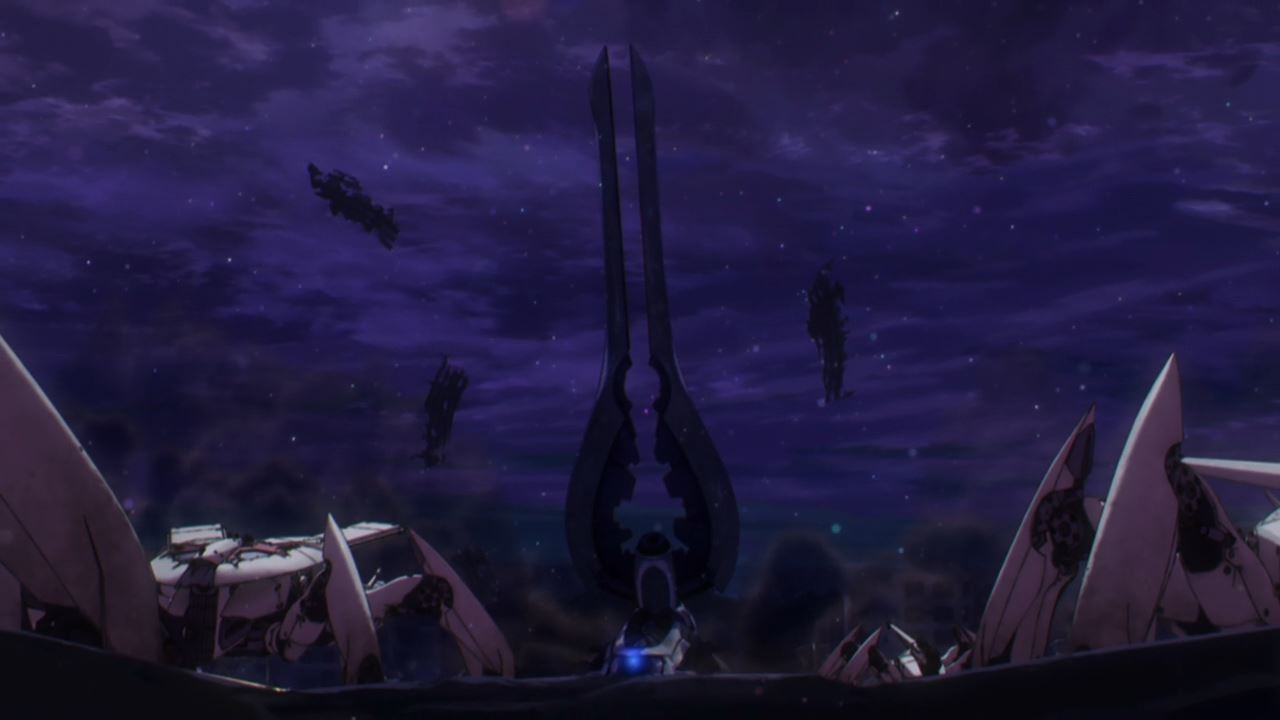 But here’s Morpho where the Legion is currently repairing the superweapon. However, Shinei noticed something off. 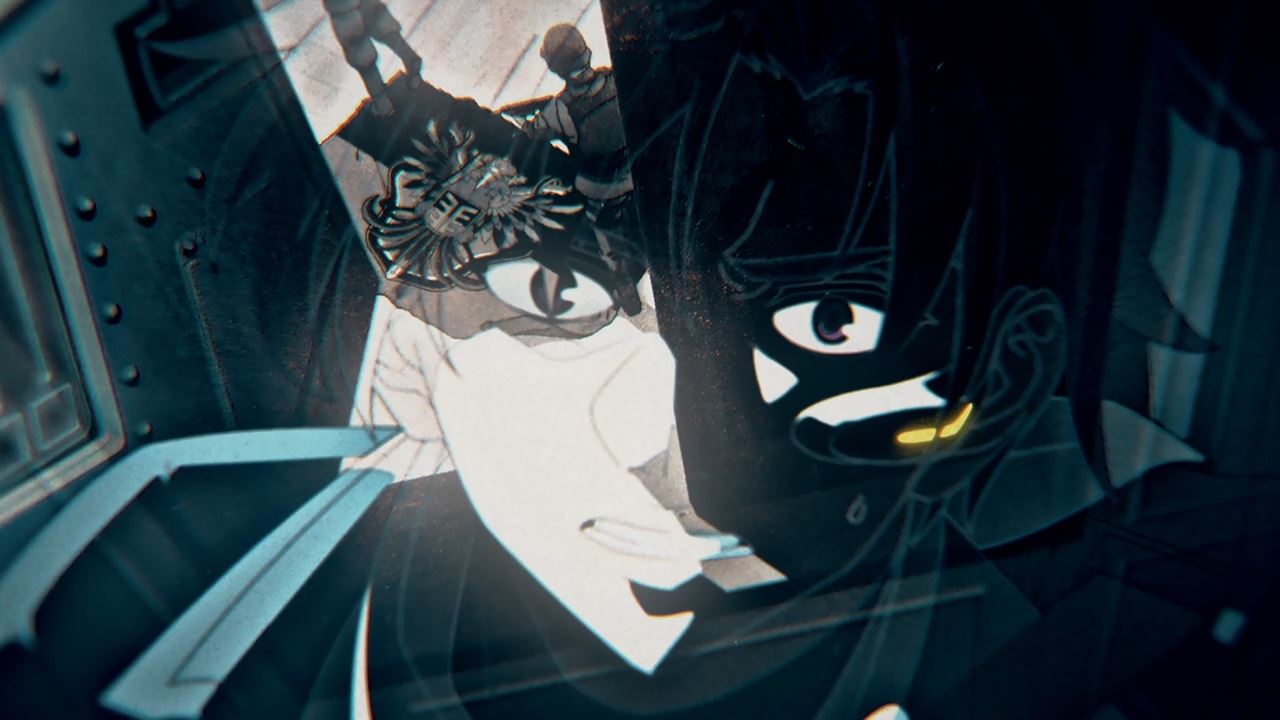 You see, Shinei Nouzen heard a familiar voice in which this disgruntled soldier wants to kill everyone, especially when he saw his beloved princess killed by rebels.

Turns out that it’s actually Kiriya Nouzen where he somewhat used his discarded Morpho shell as bait to Shinei and his allies. 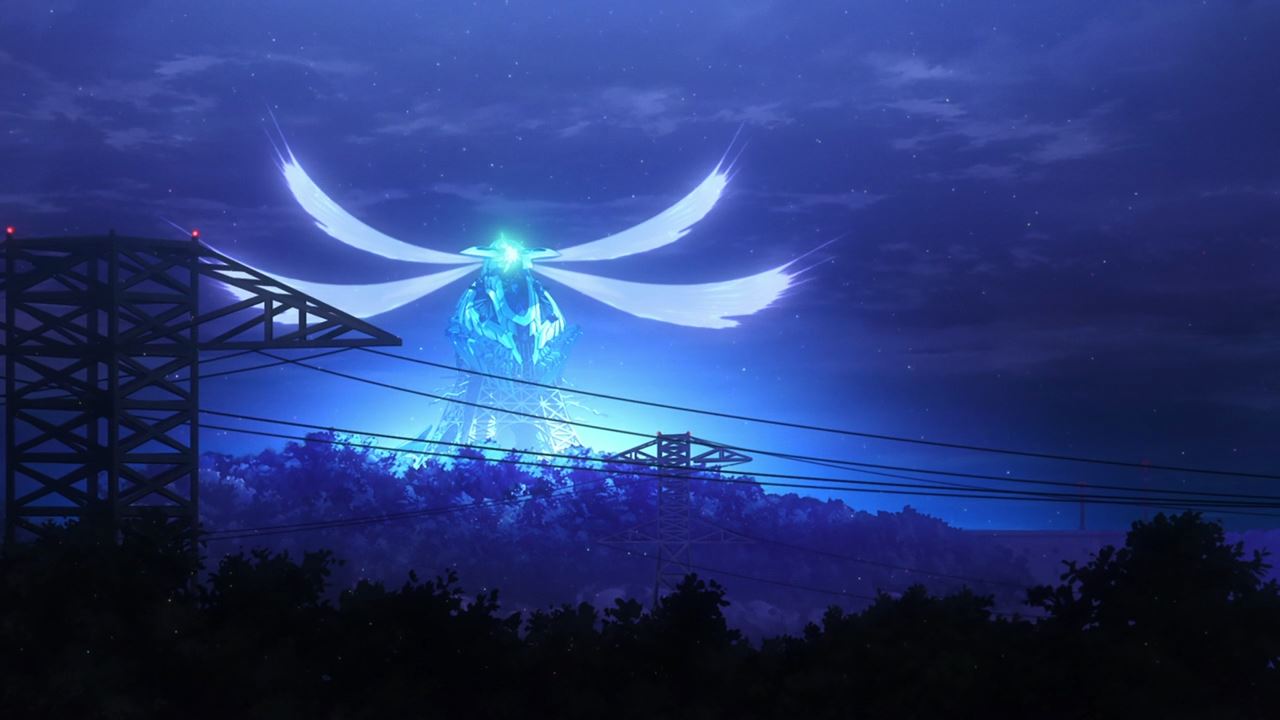 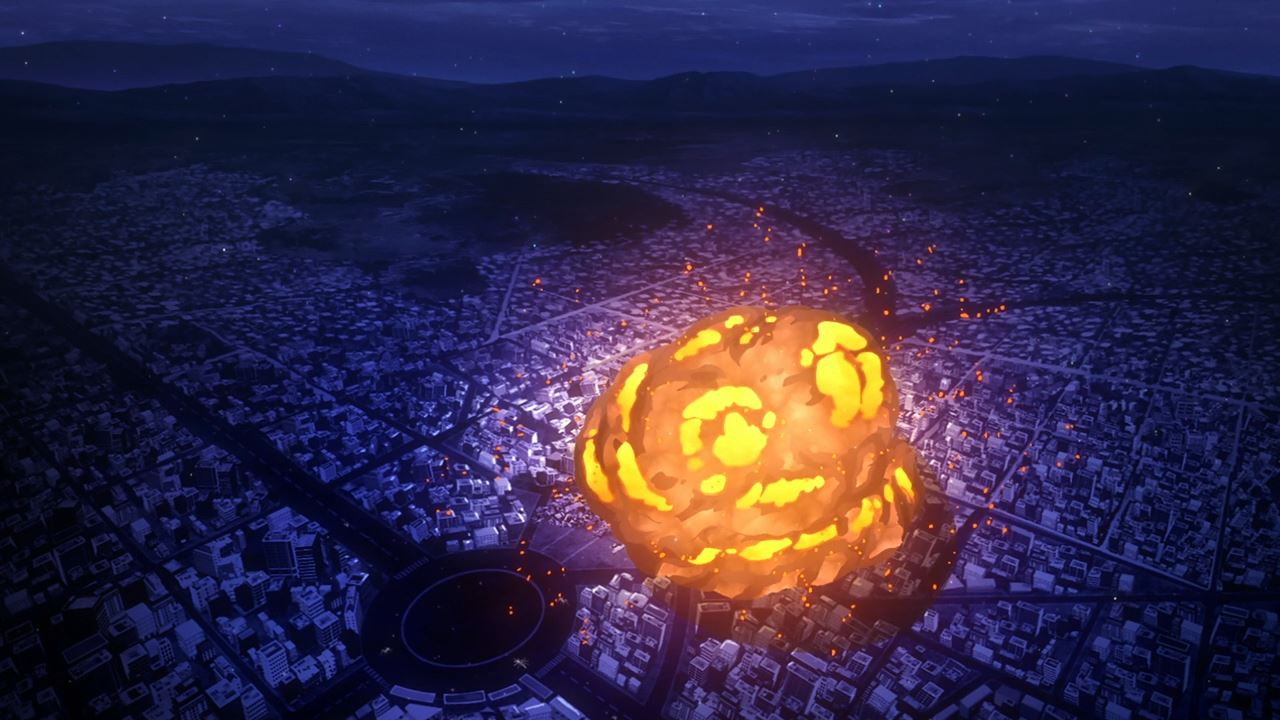 Oh yeah, and here’s the real Morpho where the superweapon fired its railgun to destroy an entire city along with those troublesome intruders. 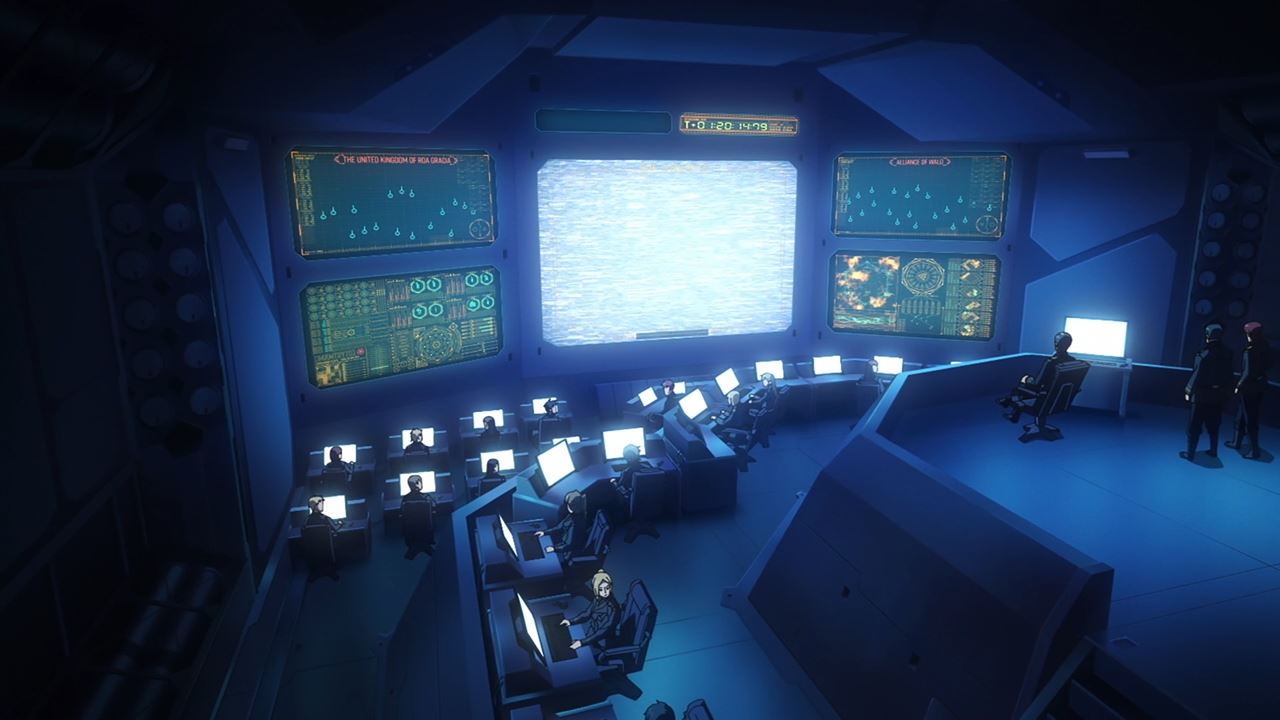 Anyways, the entire city of Kreutzbek is destroyed thanks to Morpho. And since Shin and the rest are missing in action, there’s no other choice but to surrender to the enemy while still clinging to their ideals. 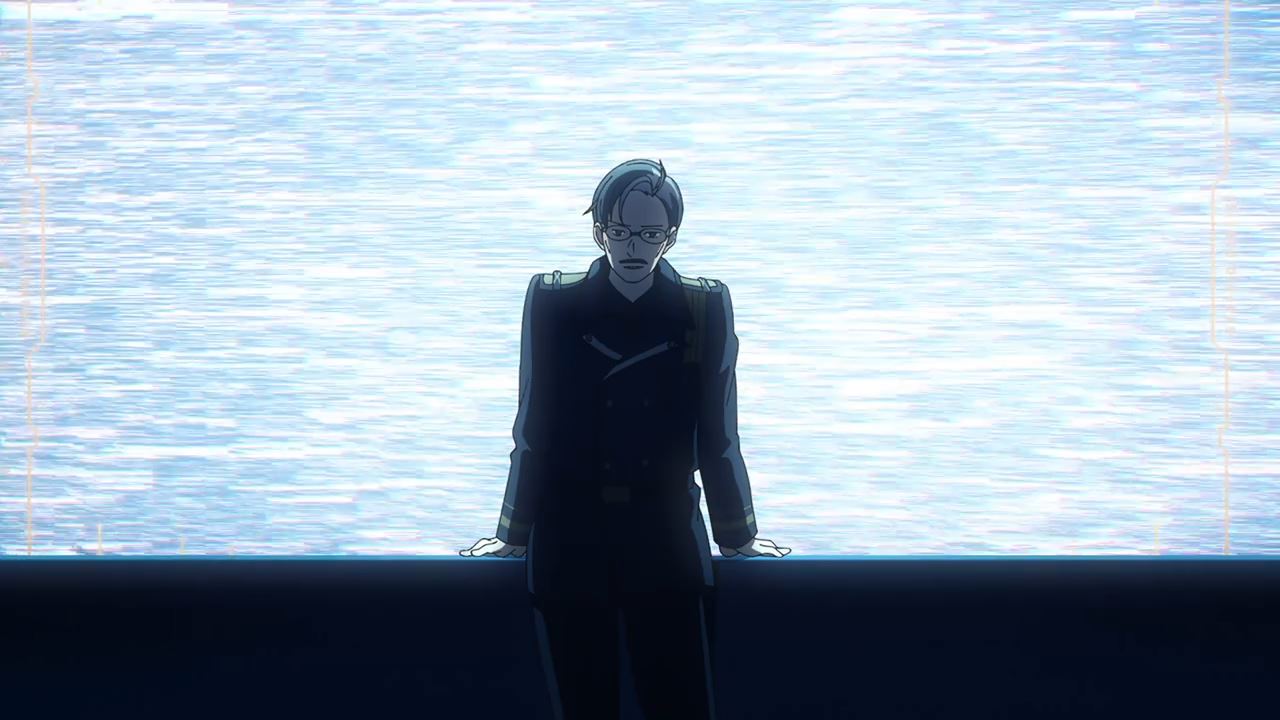 Heck, even President Ernst Zimmermann told every military officer that they must accept their demise. But then again, is it confirmed that Shinei Nouzen and the rest are killed in the line of duty? 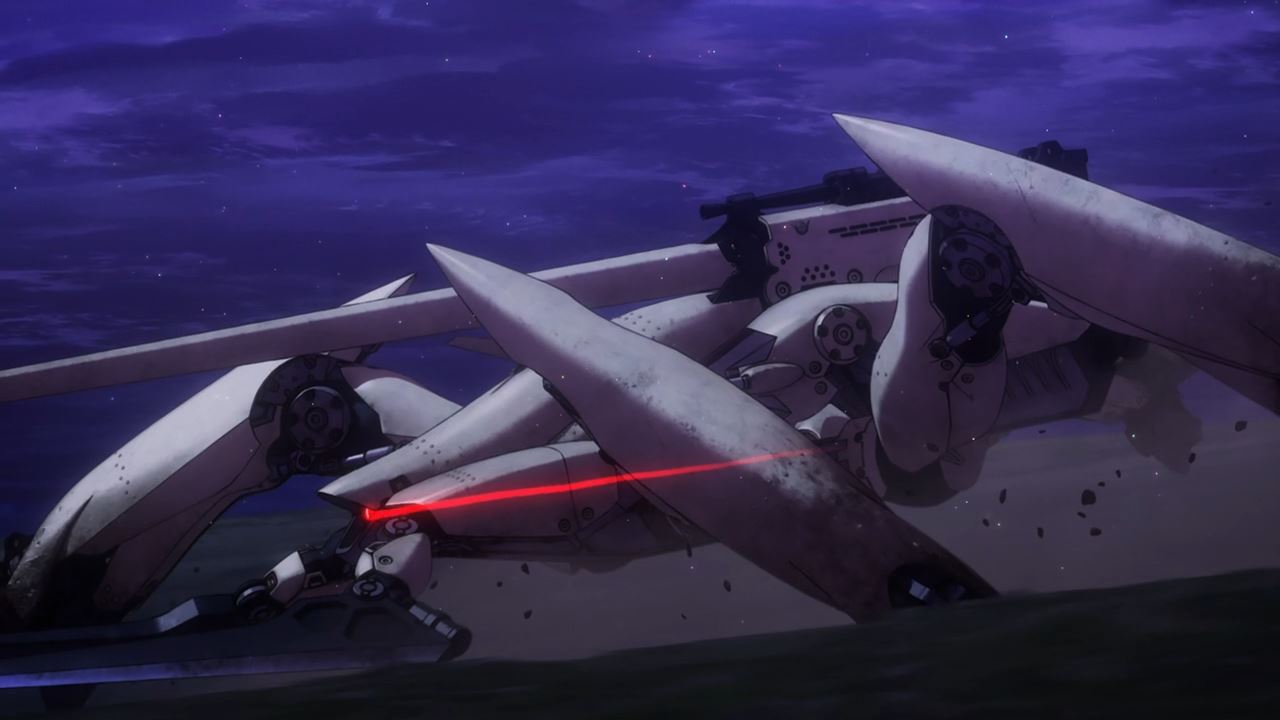 Well, turns out that they’re alive as Shinei told his fellow soldiers to flee from the explosion. Now, Shinei Nouzen is targeting Morpho where his daredevil instincts is kicking in. 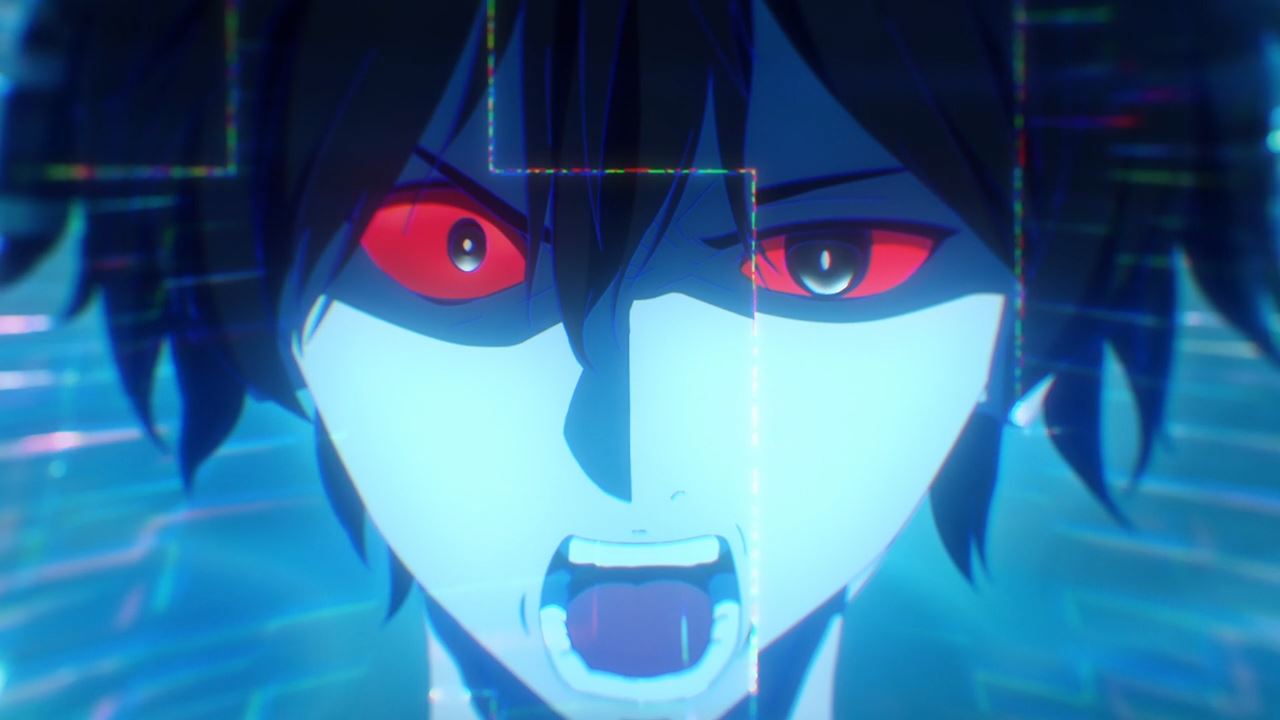 By the way, this is Kiriya Nouzen where his brain is currently implanted inside the superweapon. As you can see, Shin’s presence has made him insane.

While Kiriya was ordered by someone called No Face to flee the battle, it appears that he was provoked by Shin’s attitude as Kiriya is gonna fire Morpho’s railgun. 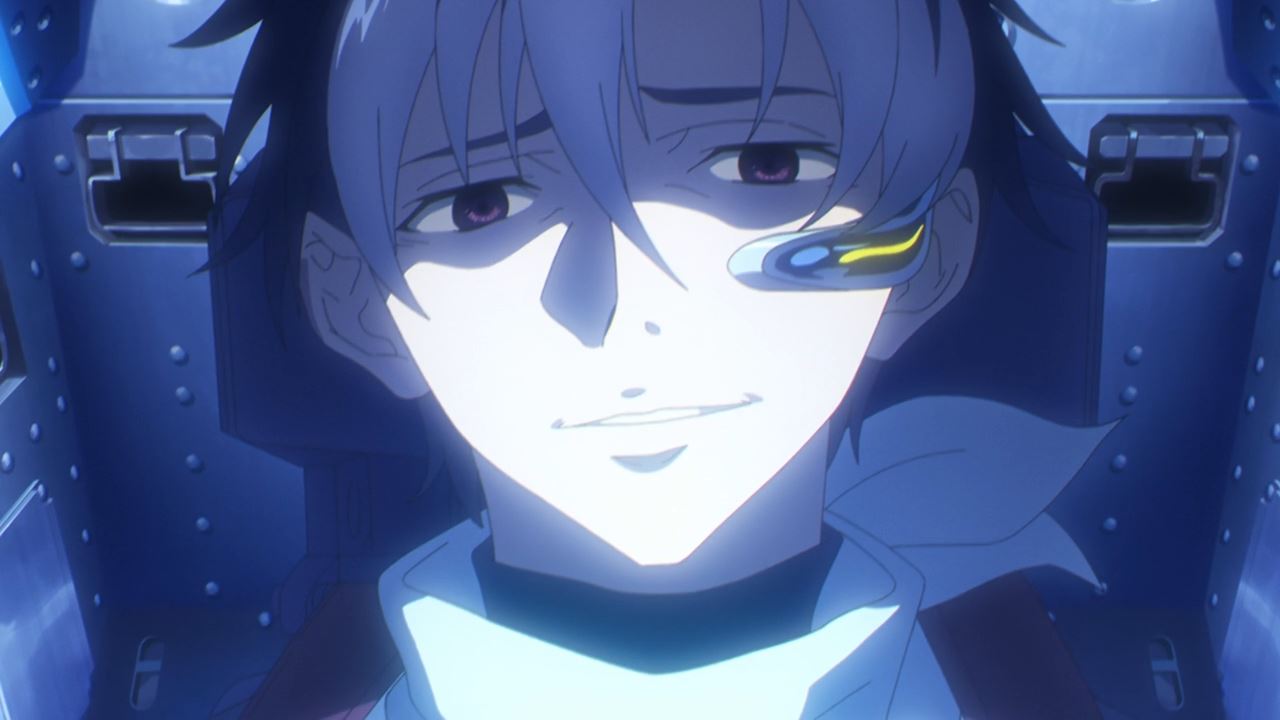 And seriously, Shinei Nouzen is downright creepy that he’s risking his life to complete his objective, even if it means destroying his Reginleif through enemy fire or even a railgun shot. 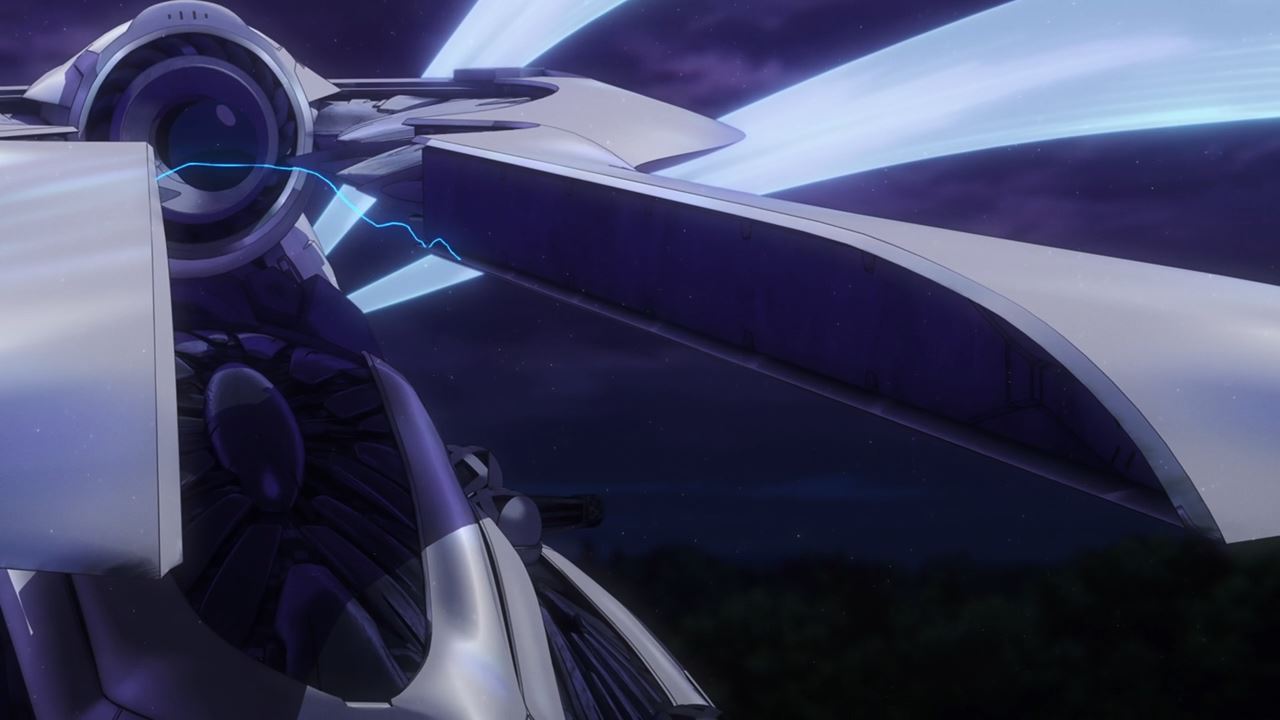 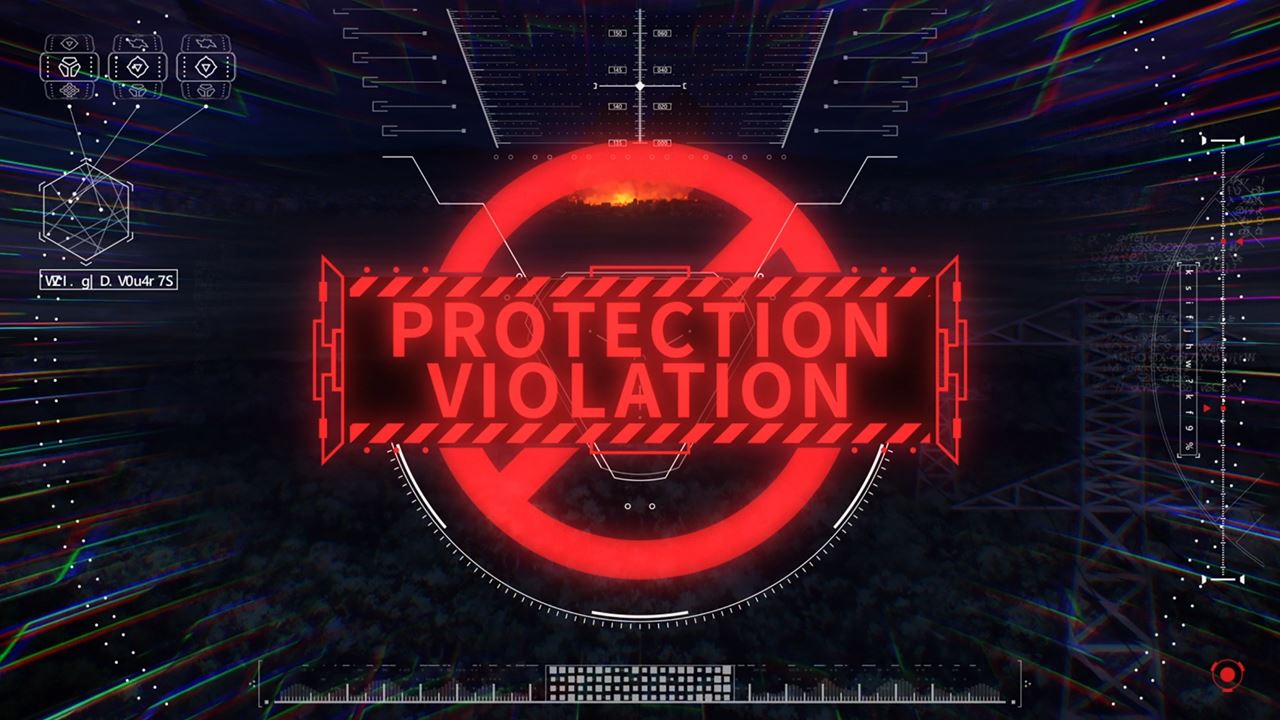 Unfortunately for Kiriya Nouzen, it looks like No Face force him to halt his attacks and make him flee. What a close call there as Kiriya would have killed Shinei if it wasn’t for No Face stopping him.

Speaking of No Face, it seems that this Legion commander is the most sane of all as it can think rationally on what time and place they’ll attack. 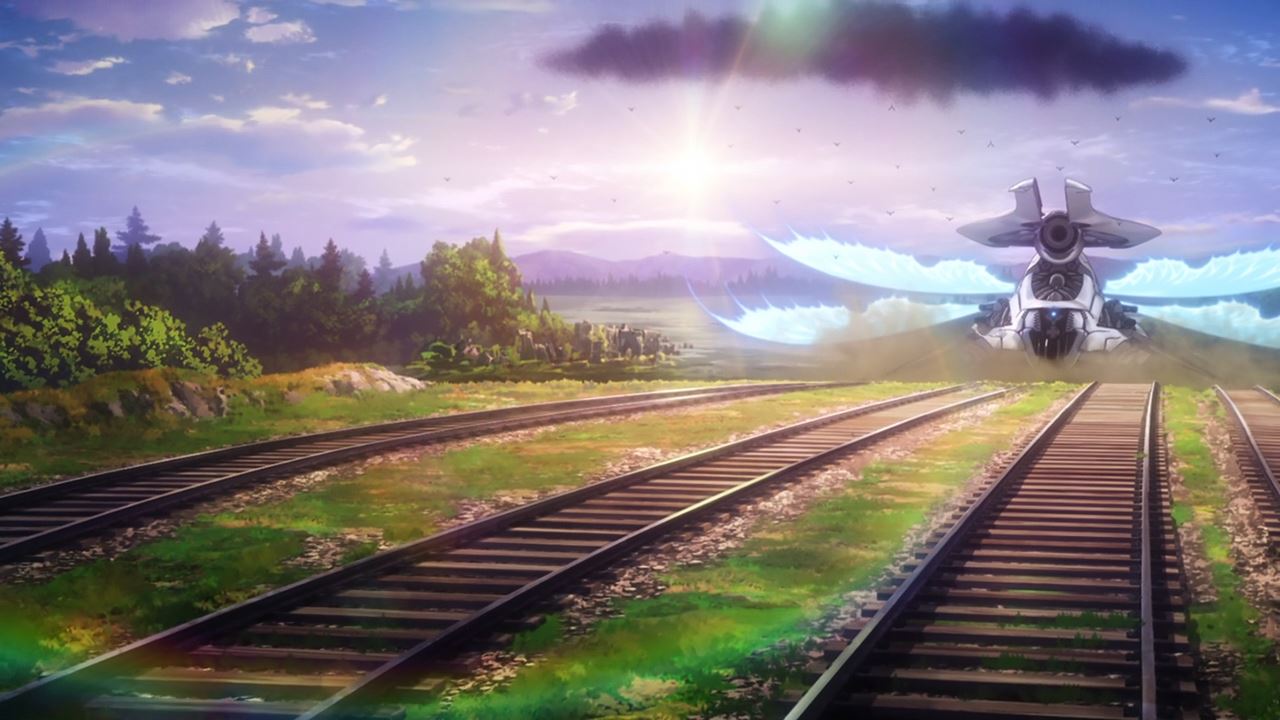 For now, Kiriya will have to lick his wounds as the Legion superweapon Morpho retreats until it can fire its railgun away. For the Federal Republic of Giad and their allies, it was a mission failure. 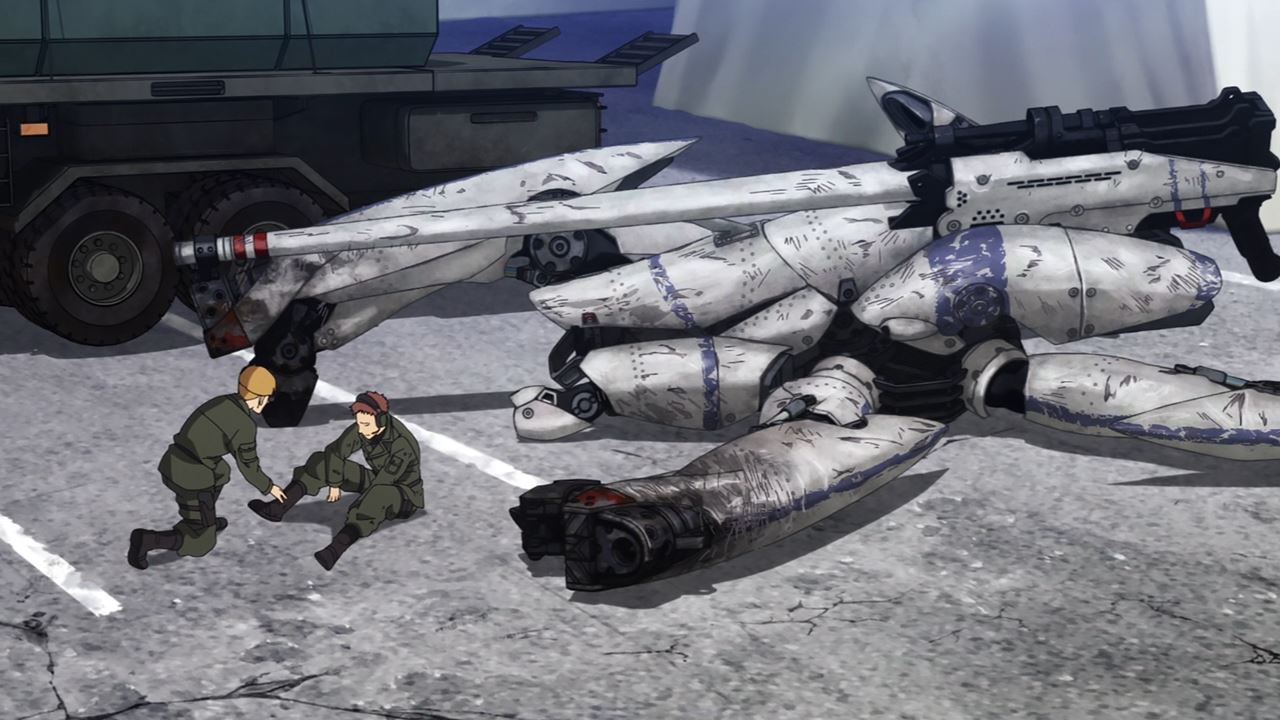 Of course, there are still survivors where the Nordlicht Squadron are repairing their Reginleif until the next wave of Legion attacks arrive.

As for Shinei Nouzen and his fellow Eighty-Six soldiers, it appears that they’ll continue to pursue Morpho until the superweapon is completely destroyed. 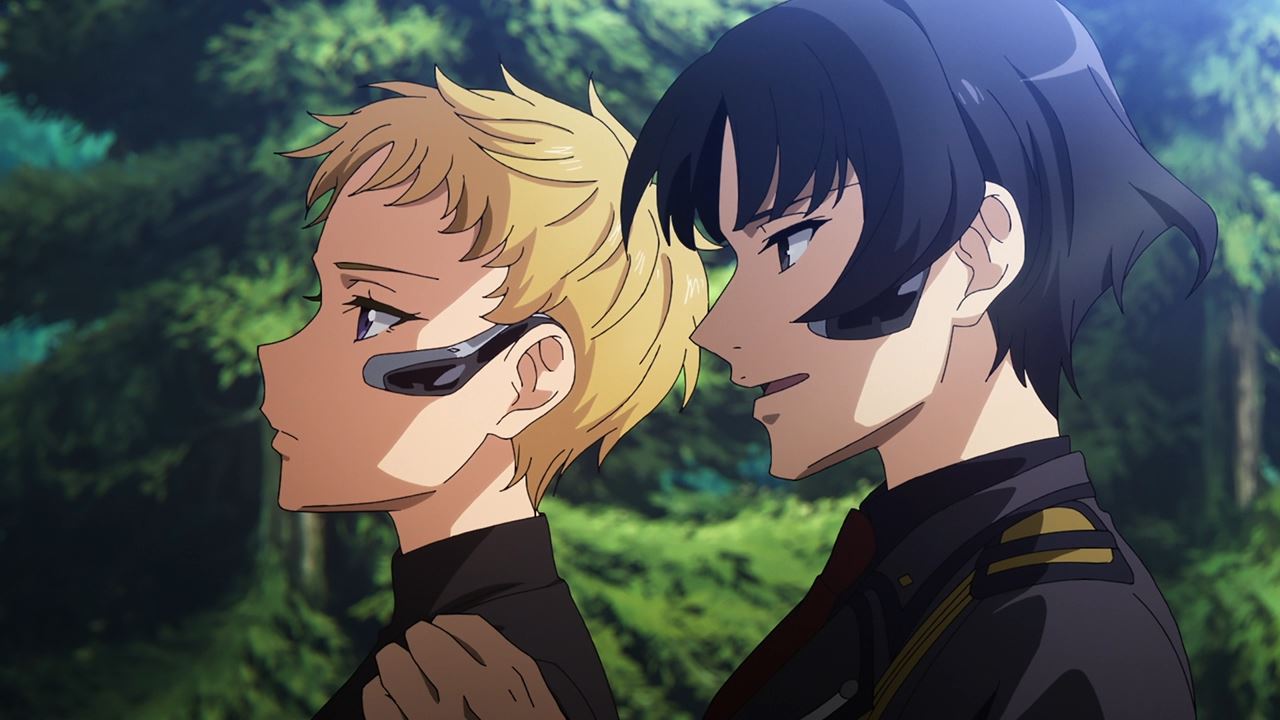 Then again, how did Grethe Wenzel survive along with her flight crew and escape from Legion territory remains unknown, but Willem Ehrenfried is still impressed by her heroics that he called the lieutenant colonel the Legion-slaying Black Widow, something that Grethe Wenzel doesn’t want to hear given that she lost her lover during the earlier days of the Legion War. 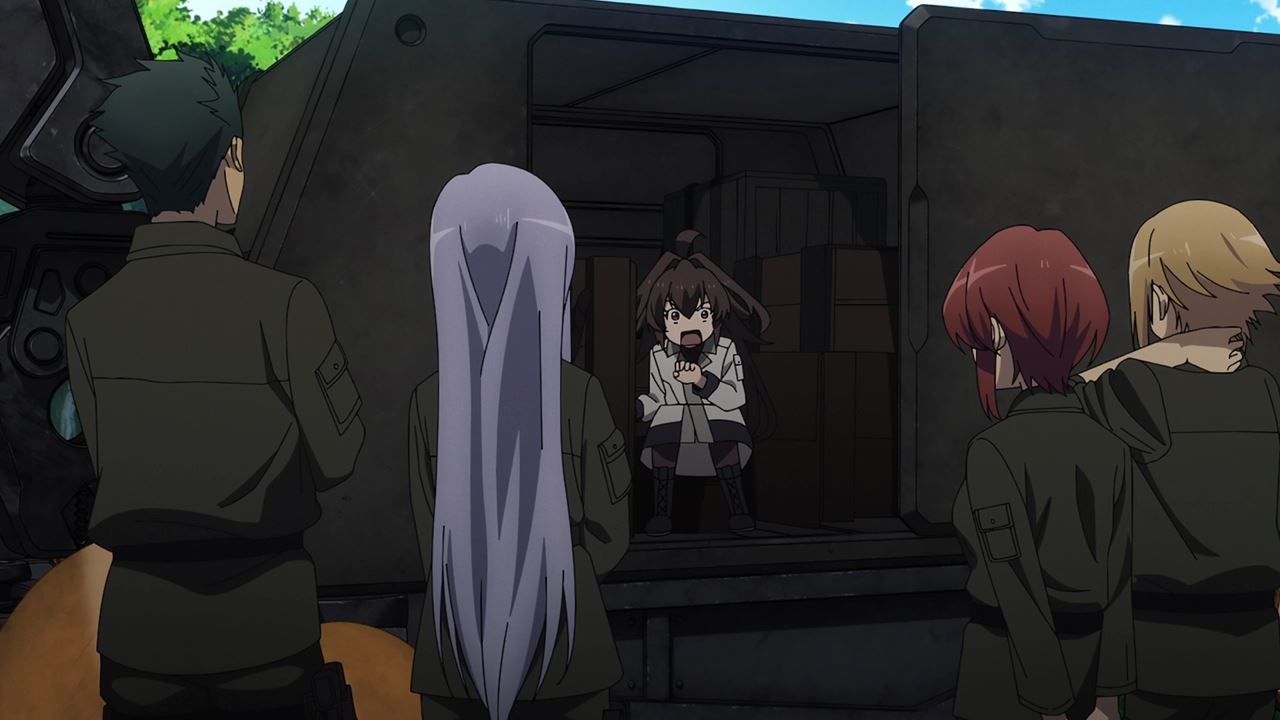 Now let’s return to Shinei Nouzen and his team where they found Frederica Rosenfort inside one of the containers. Okay Frederica, I thought that you’re scared of going back to your territory and meet up with your knight.

Seriously though, I think Frederica Rosenfort should have stayed at the base instead of tagging along, although I have to give props to her for warning Shinei regarding Kiriya Nouzen’s position. 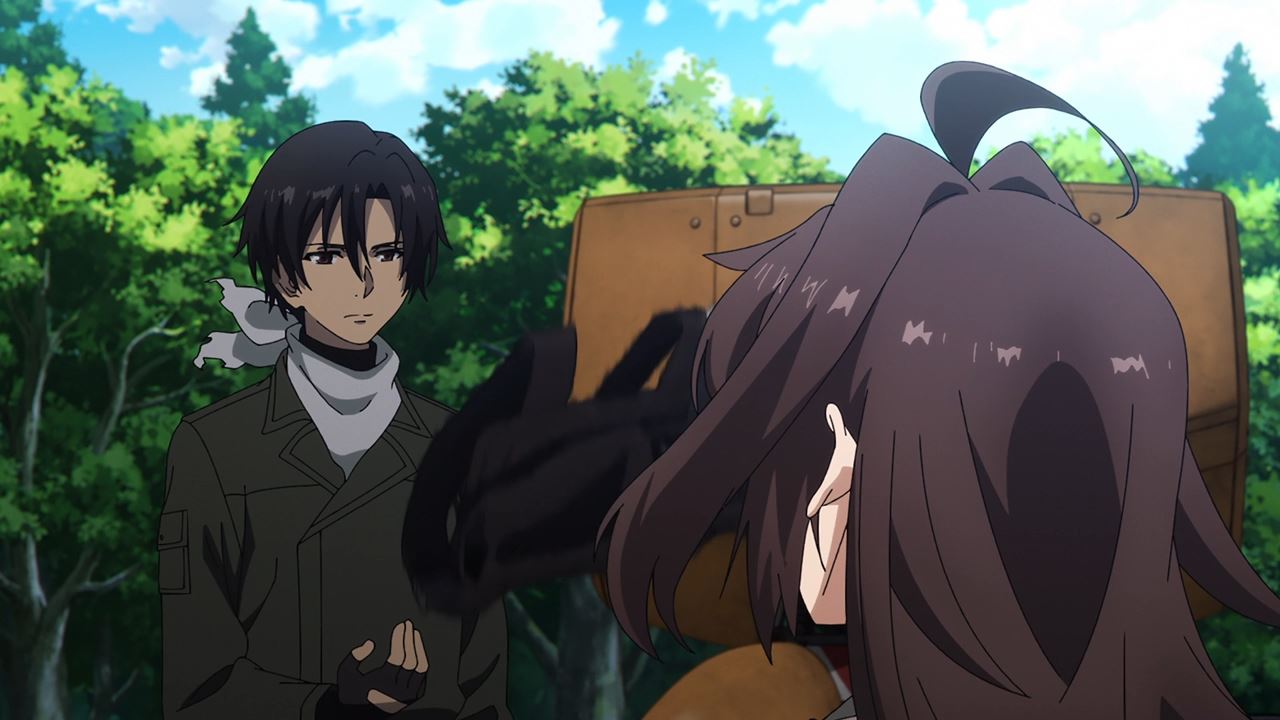 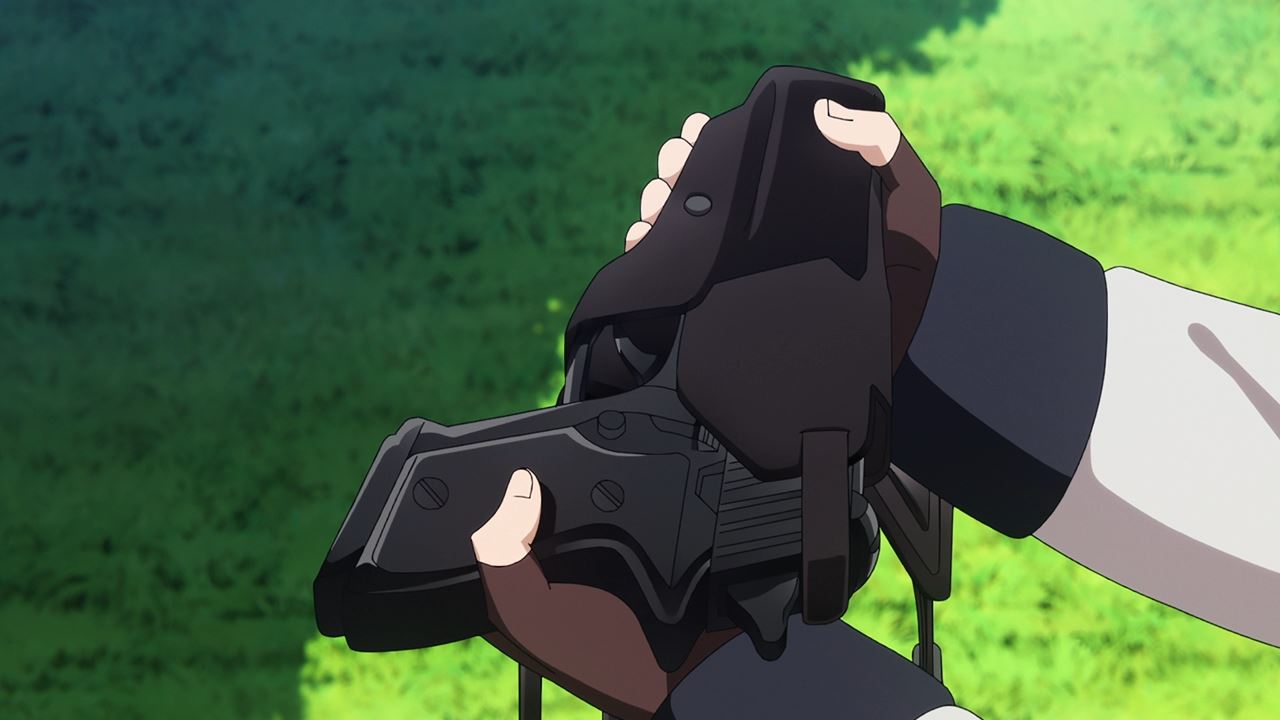 One last thing, looks like Shinei Nouzen gave his gun as a gift for Frederica Rosenfort, saying that she can end her own life once Shinei and the rest got decapitated. Then again, the former empress turned mascot can’t carry a handgun because it’s not only small, but Frederica is scared of putting a bullet to her head.

But that’s about it for this episode as Shinei Nouzen and the rest of the Eighty-Sixers are committed to take Morpho down as they can’t turn back now. Unfortunately, the next episode will be aired in December 18 so this anime series will continue in January 2022. Let’s hope that A-1 Pictures won’t have any production issues during this time.