Posted on December 7, 2021 by benigmatica 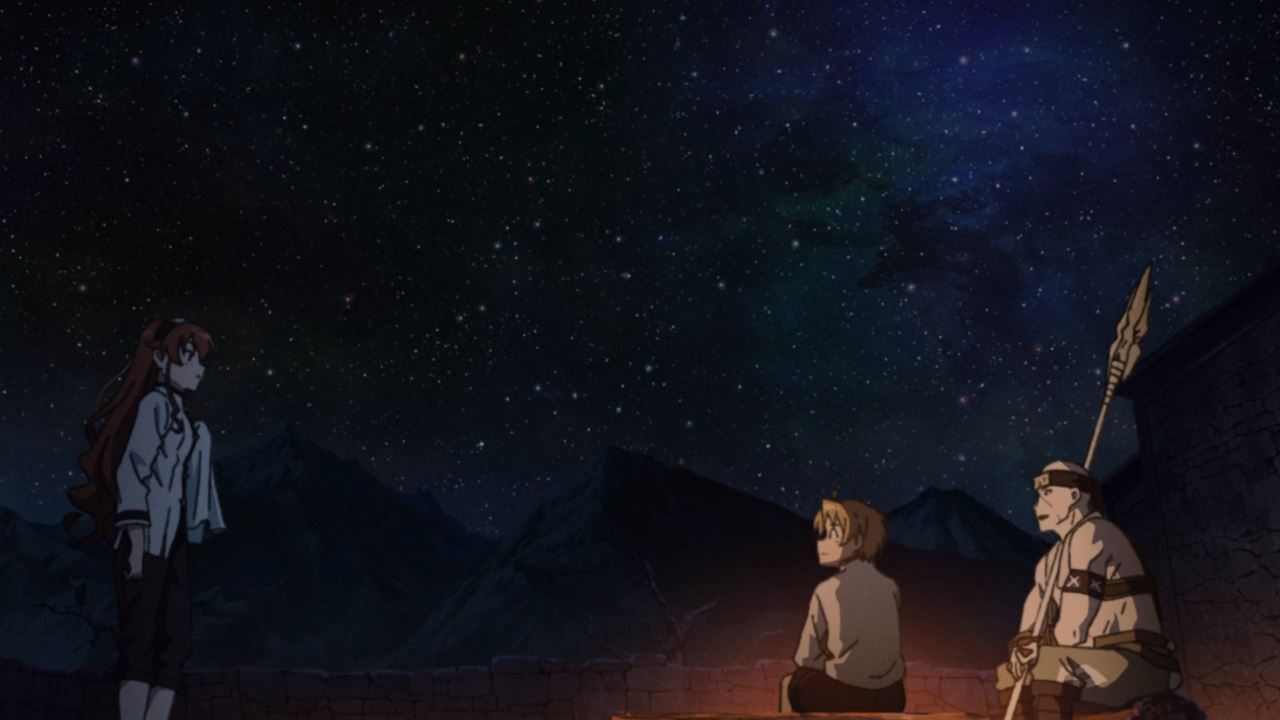 On this episode, it looks like Eris Boreas Greyrat got recognized by Ruijerd Superdia to which he called her a fine warrior. While it’s nice that the Superd warrior knows that Eris improved a lot, Eris still can’t beat her teacher.

Anyways, Rudeus Greyrat and his party are continuing their journey towards their homeland, although going back to Fittoa (or what was left of it) is pretty tough due to extreme conditions. 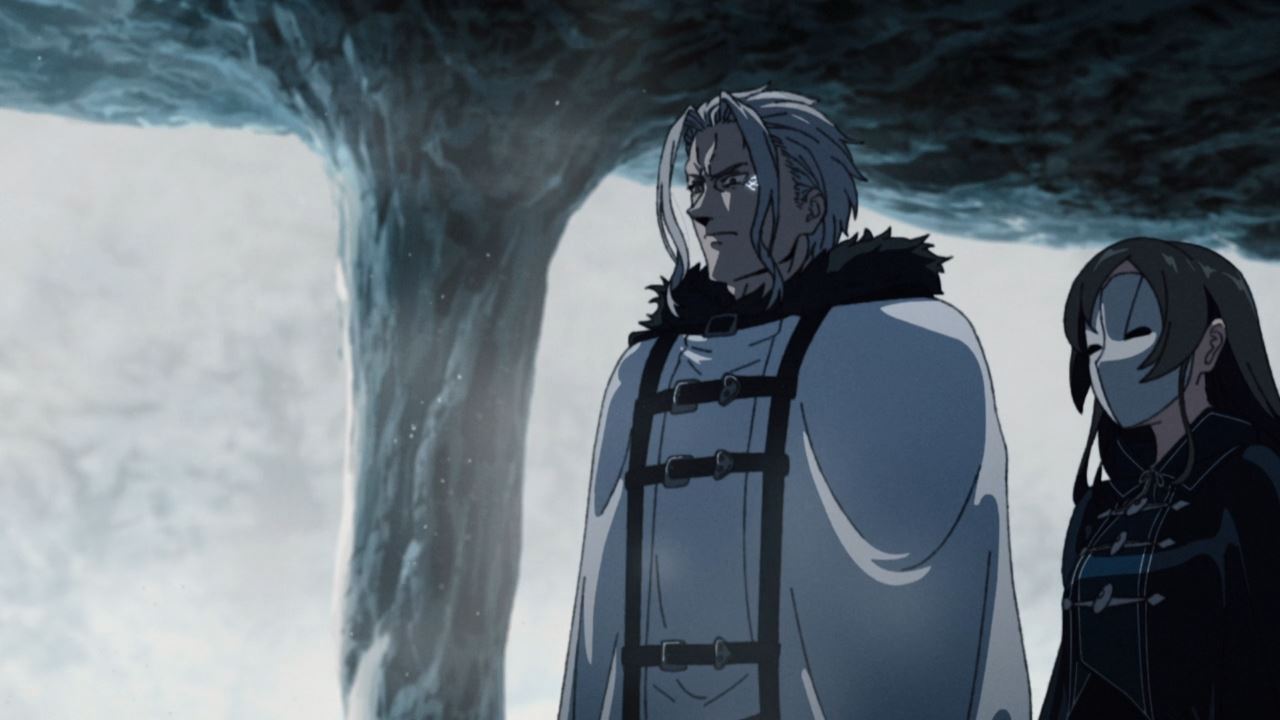 However, things got really complicated when Rudy encountered Orsted in which this guy now has a masked companion named Nanahoshi.

Of course, dealing with Orsted is ill advisable because he has the curse of hatred in which everyone, including Ruijerd and Eris, feared him. Well, the exception is Rudeus for which Orsted doesn’t recognize him. If I was Rudy, I would take my leave along with my party. 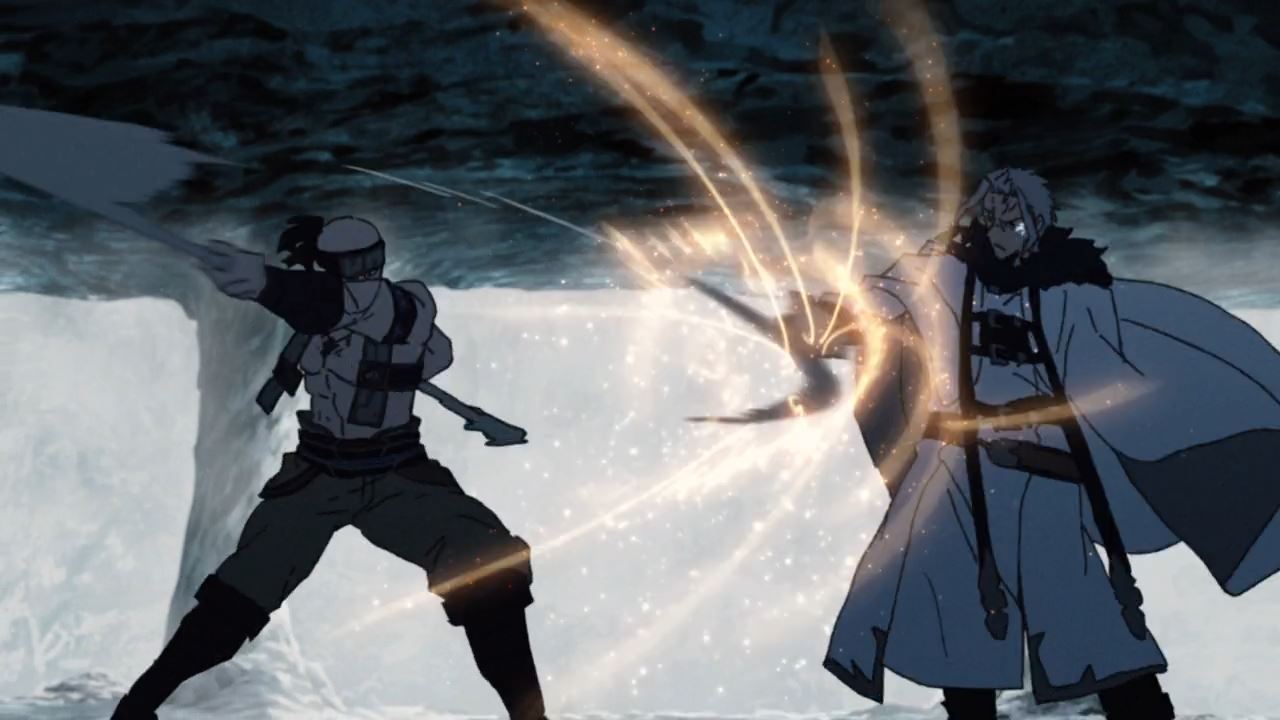 But when Rudy mentioned Human-God, Orsted decides to kill him as he thinks that the boy is a disciple of Human-God, despite the fact that Rudy sees that god with suspicion.

Fortunately, Ruijerd Superdia is here to defend Rudy from Orsted, although I feel that the Superd warrior can’t win against the Dragon God as Orsted is not only feared by many, but he’s one of the strongest gods. 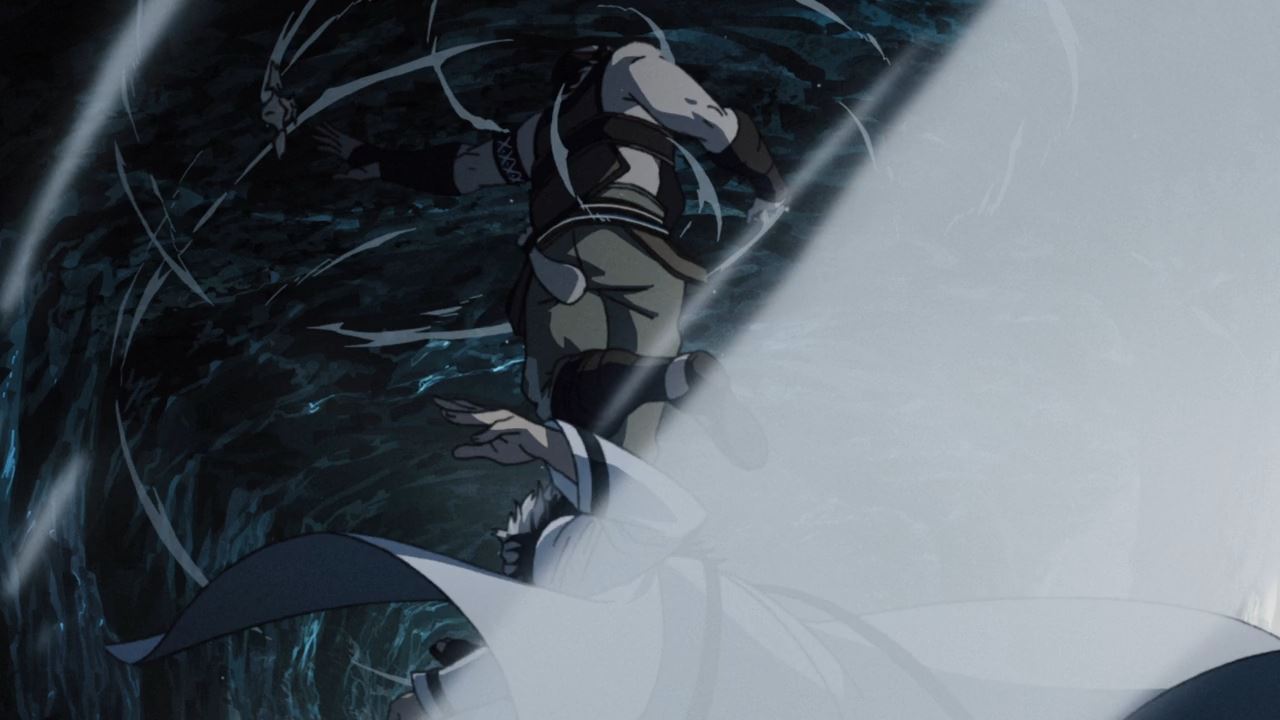 In any case, Ruijerd is easily defeated by Orsted as he send this Superd warrior flying. Well, I feel that it’s gonna be a one-sided battle where the Dragon God decimates Rudeus’ party. 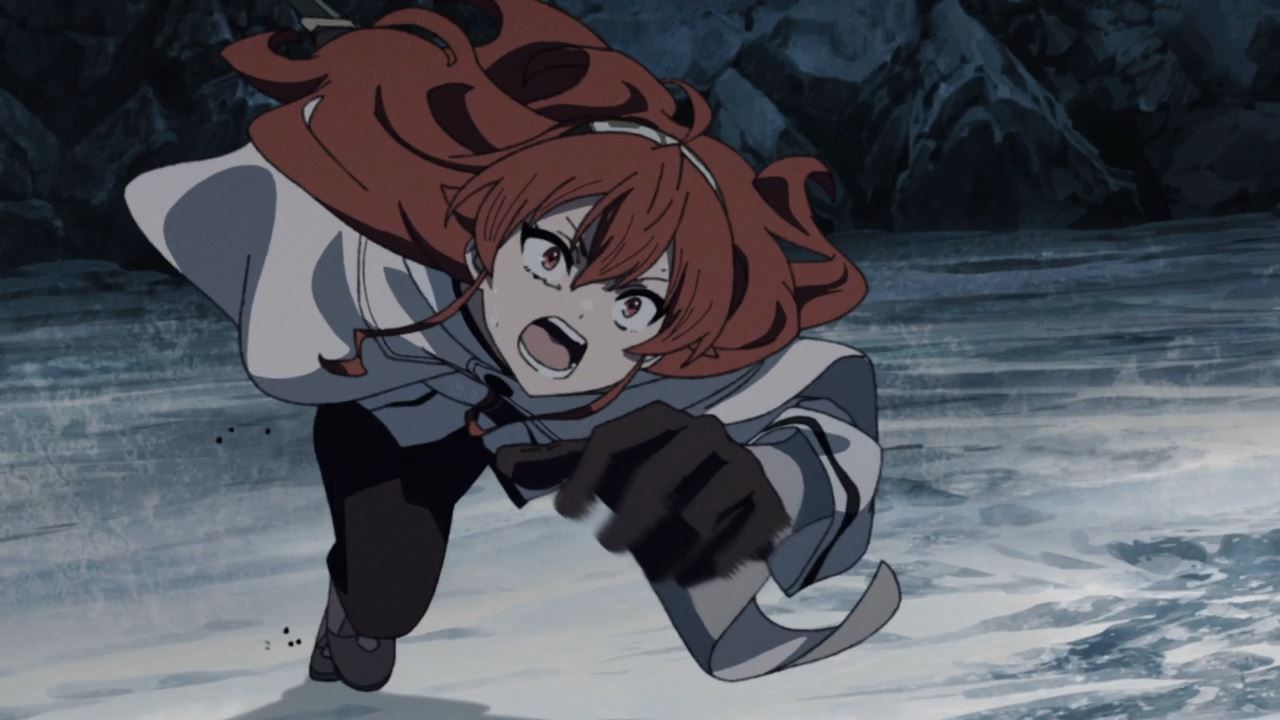 Now then, here’s Eris Boreas Greyrat where she tries to attack Orsted for hurting her master… 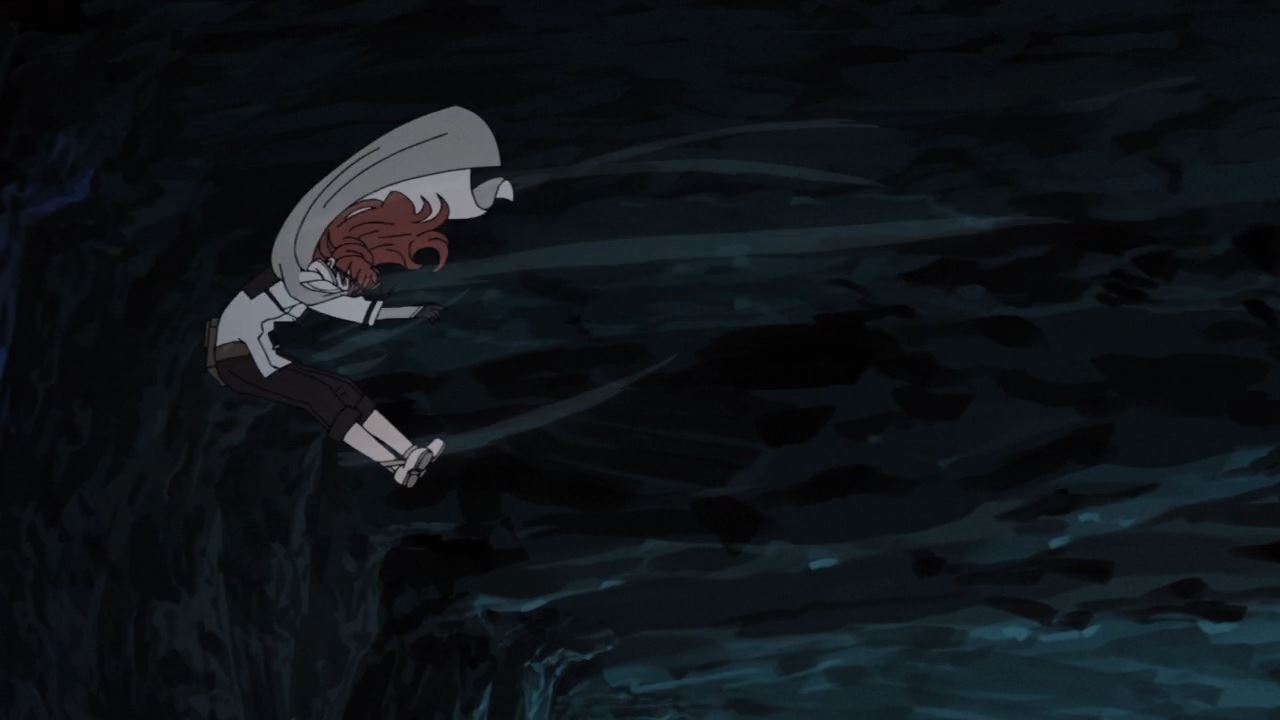 …only to end up being swatted away by Orsted. But what about Rudy where he’s in danger of being killed by a Dragon God? 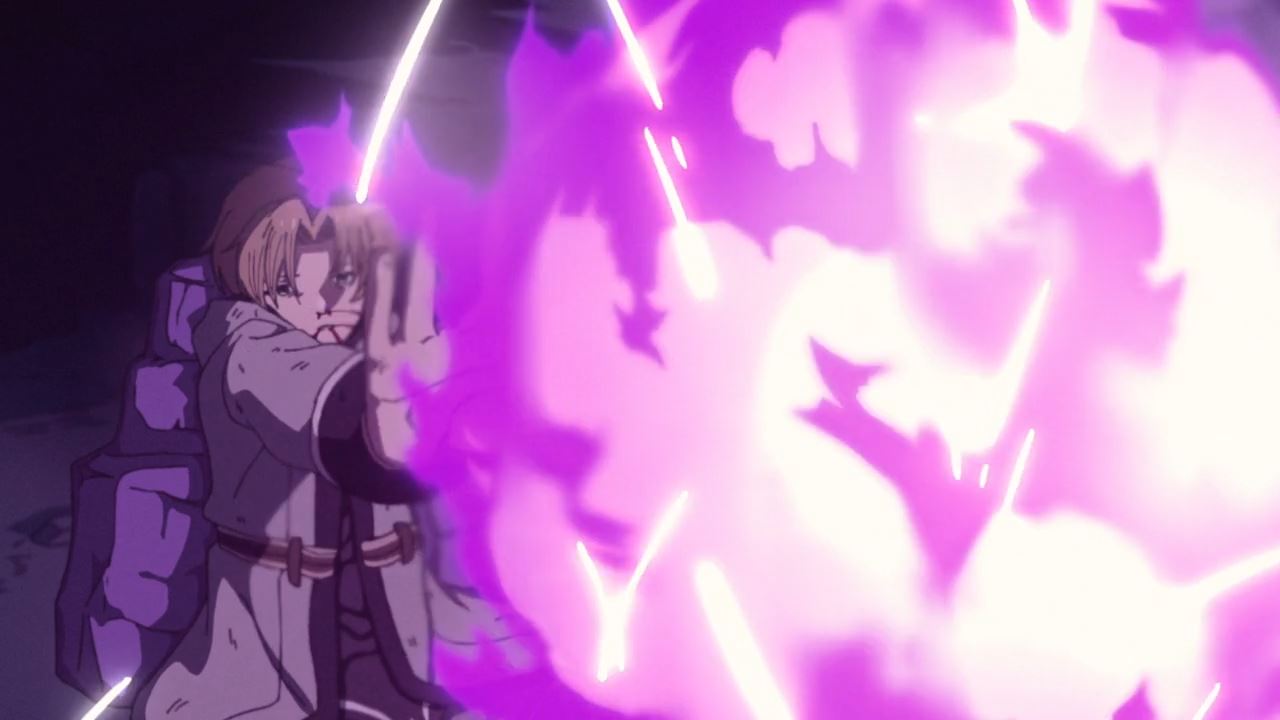 Well, he’s trying to take Orsted down by casting a powerful purple-colored fireball which it can destroy an entire city if Rudy releases it. 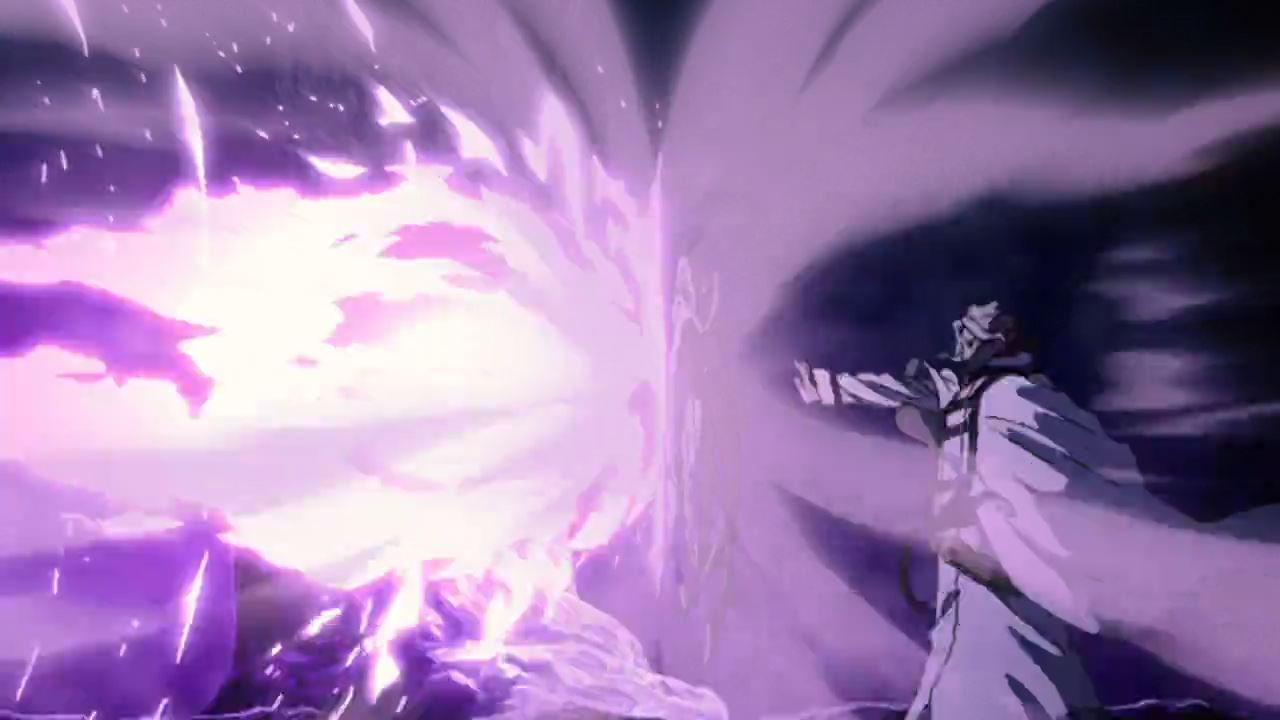 However, Orsted blocked Rudy’s fireball by summoning a Wyrmgate in front of him. While the Dragon God is impressed by his magic, Orsted won’t spare Rudy for a fancy magic trick. 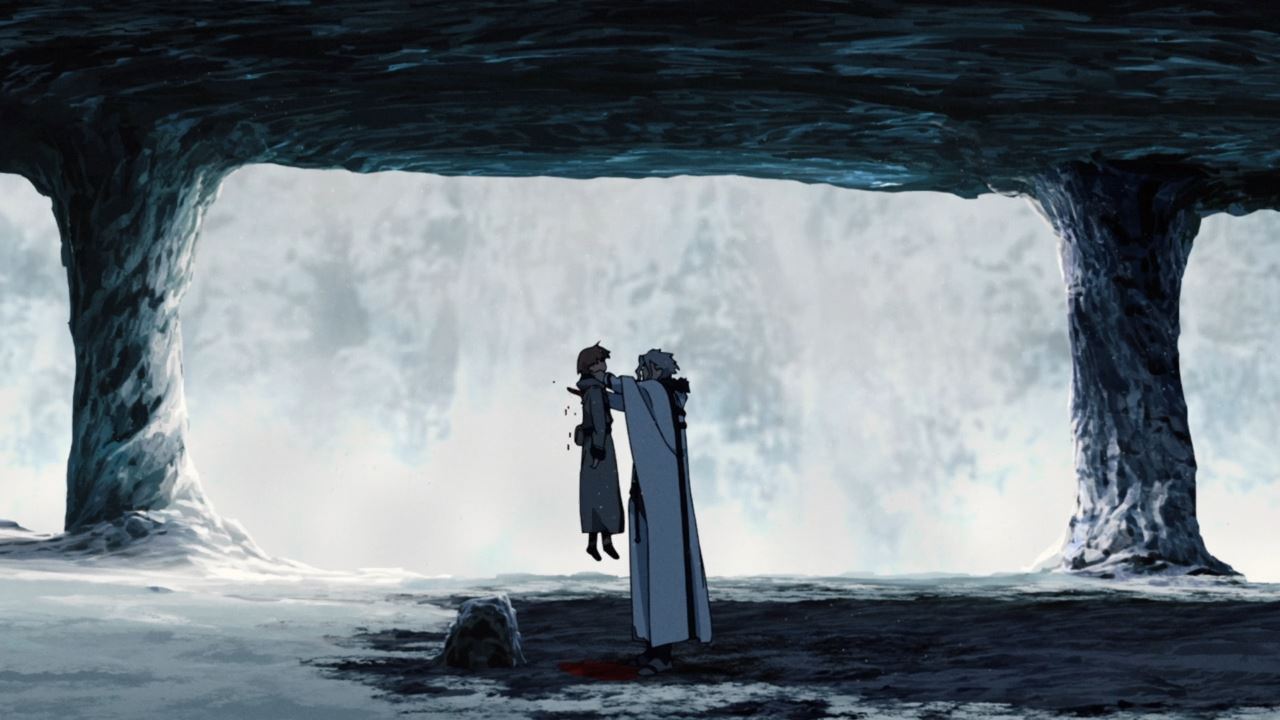 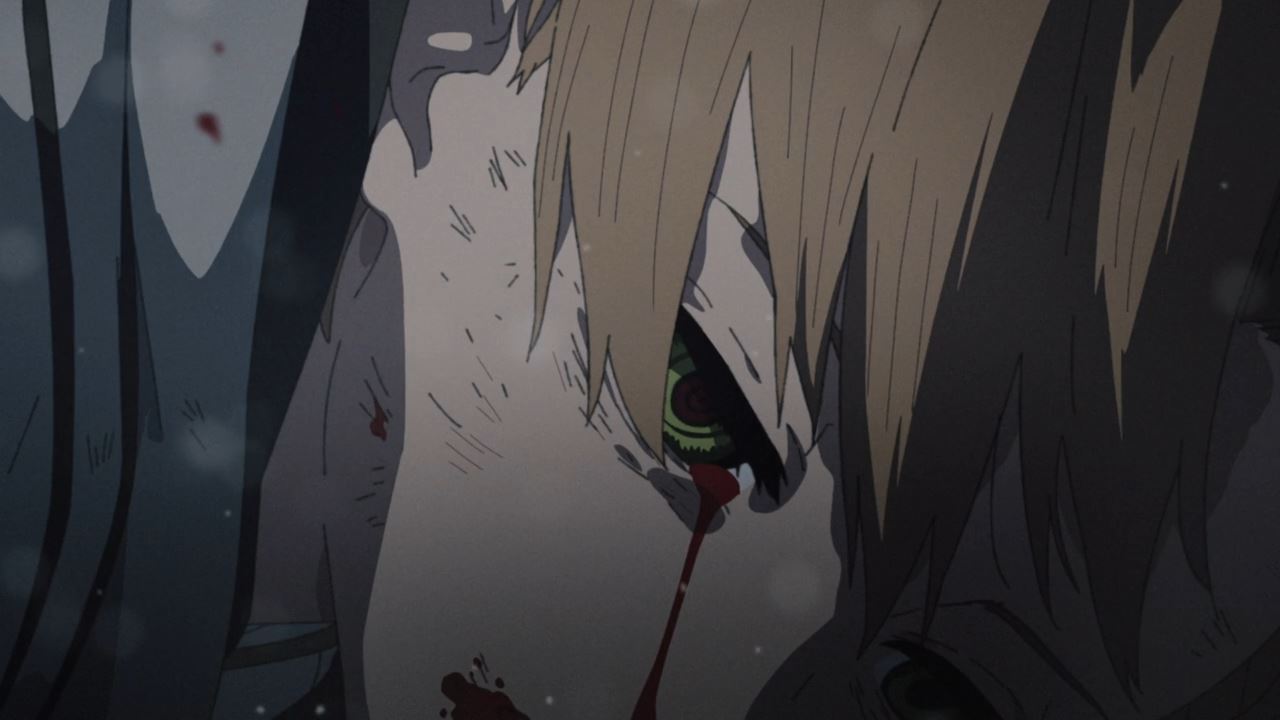 But seriously, this is like the very first episode where he got hit by a truck in his previous life as Rudeus Greyrat still wants to accomplish in his new life before retiring peacefully.

On the other hand, why is Orsted despises the Human-God that he kills anyone who associates with that mysterious being. Was the Dragon God blame the Human-God for putting a curse on him, or something that’s far more sinister?

Now, Rudeus might be reincarnated in a different world or stay in limbo for all eternity. Man, gotta say that he’ll have a gaping hole in his chest forever.

However, the Human-God told Rudeus that he’s still alive. I mean, this mysterious being doesn’t want to see his life end like that as the Human-God wants to continue observing Rudy for his own enjoyment. 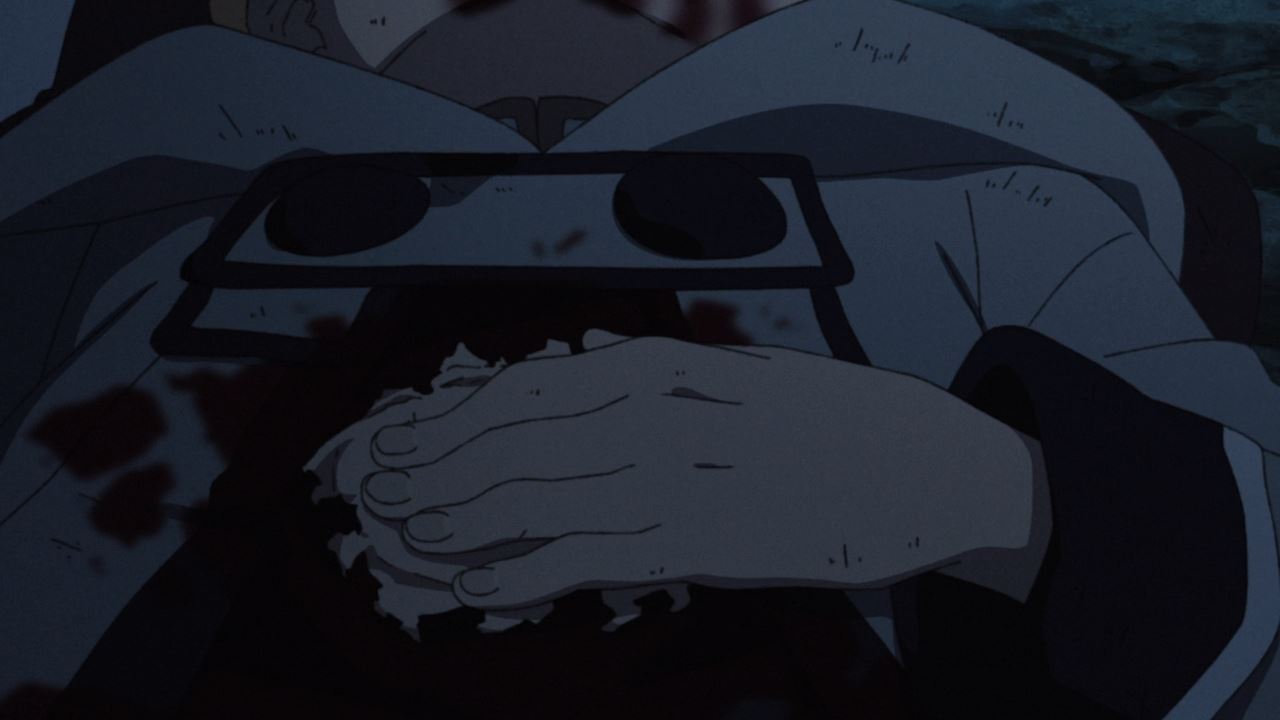 In any case, the gaping hole in his chest is finally closed as Rudy miraculously healed by none other than Orsted.

Well, the reason why Orsted heal Rudeus rather than letting him stay dead is because his companion Nanahoshi told something important to the Dragon God. While we’ll never know their conversation, I’m glad that Rudy is alive. 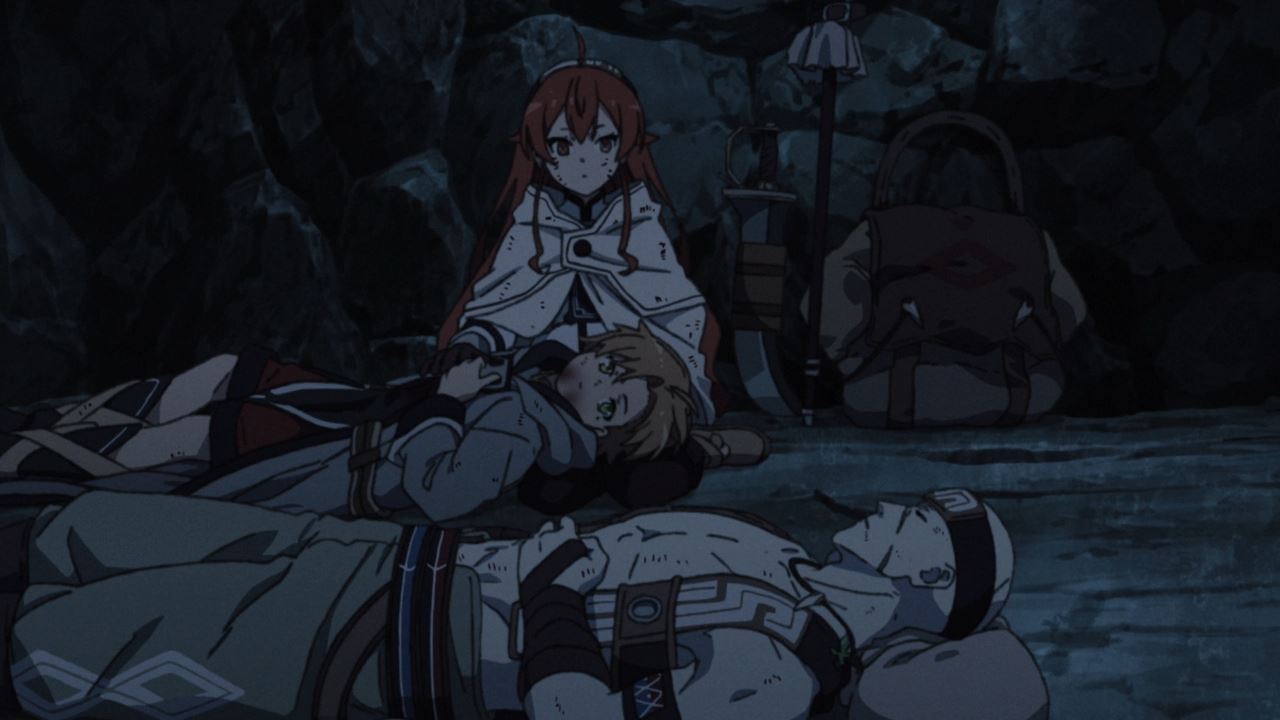 For now, he and his party will continue their journey towards the Fittoa Region. Of course, should Rudy encounter Orsted again, he needs to become stronger in order to survive against the wrath of the Dragon God.

Anyways, looks like we’re getting closer to the ending of Mushoku Tensei as I’ll see you next time to find out if they finally returned home safely.