Tsuki to Laika to Nosferatu Episode #10

Posted on December 8, 2021 by benigmatica 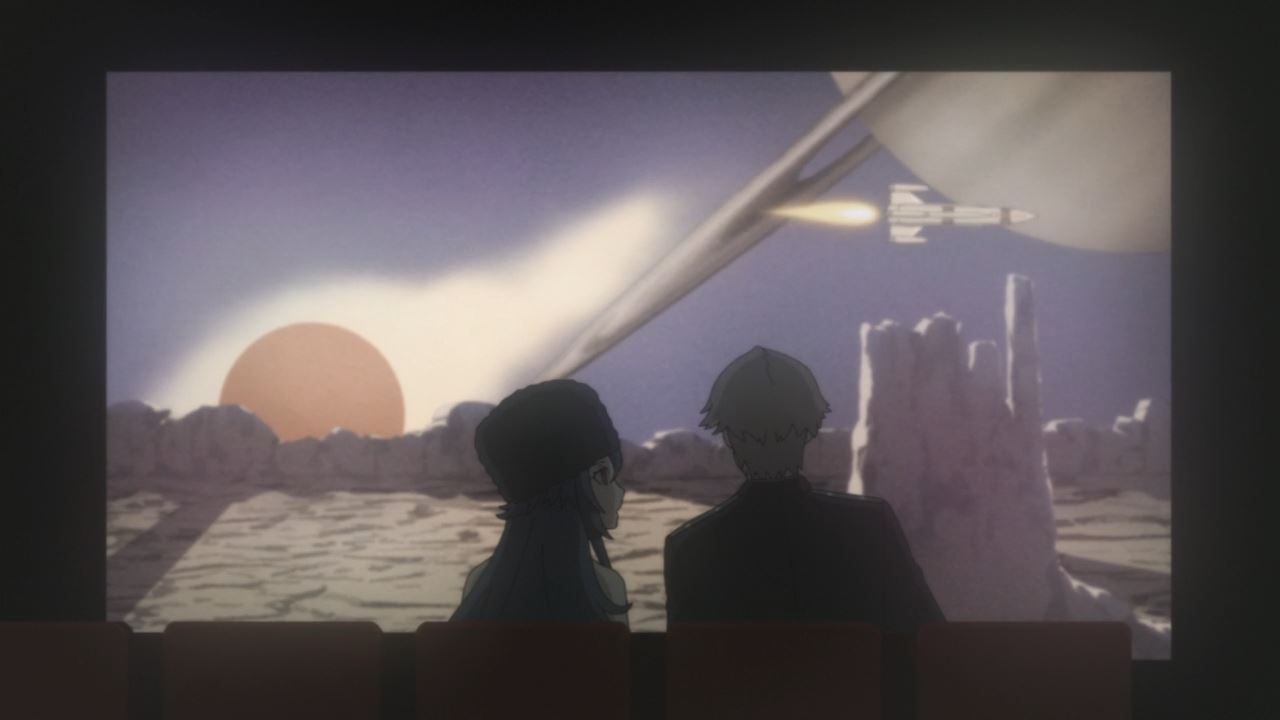 Let’s start this episode where Irina Luminesk and Lev Leps went to a local movie theater to watch a propaganda film about the space race. Sure that they claimed that it’s not a date, but it actually is one. 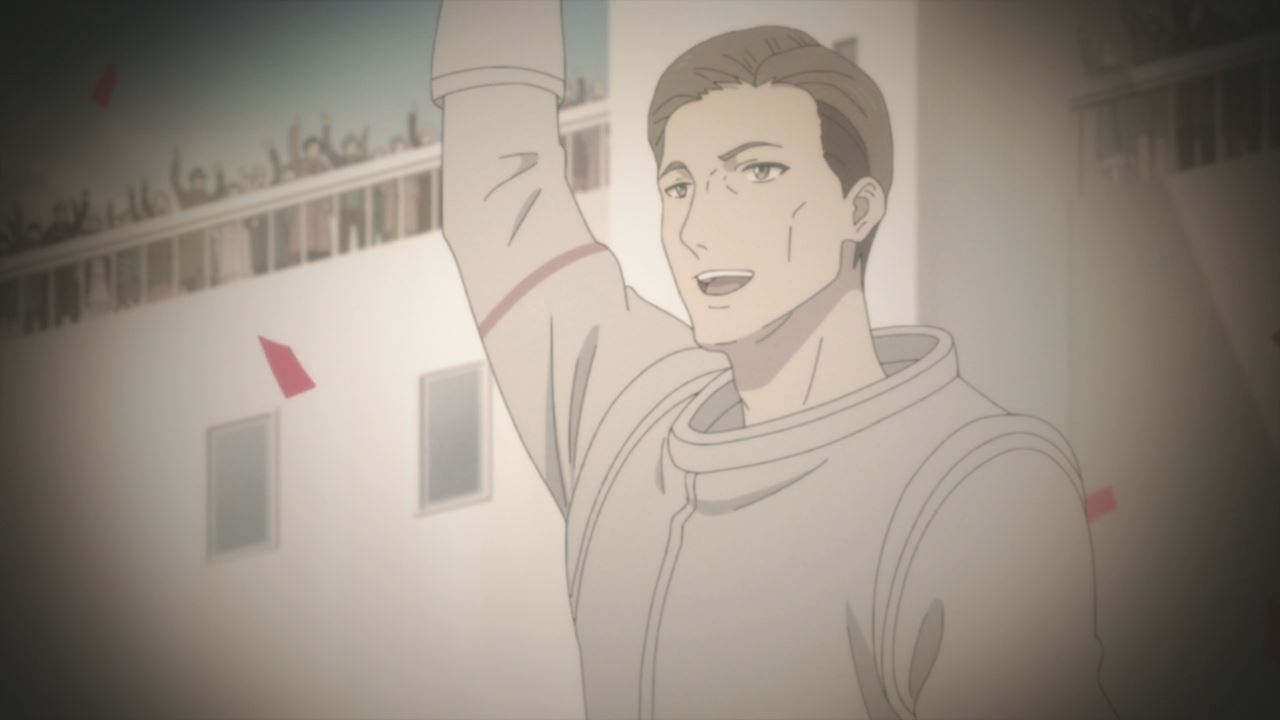 But yeah, there’s nothing special about this film because it’s full of propaganda where it shows the idealistic view of how the Federal Republic of Zirnitra won the space race.

Then again, reality is pretty harsh where Zirnitra’s space program is plagued with technical difficulties and political sabotage. Oh yeah, and they used a vampire to test the feasibility of space flight by humans. 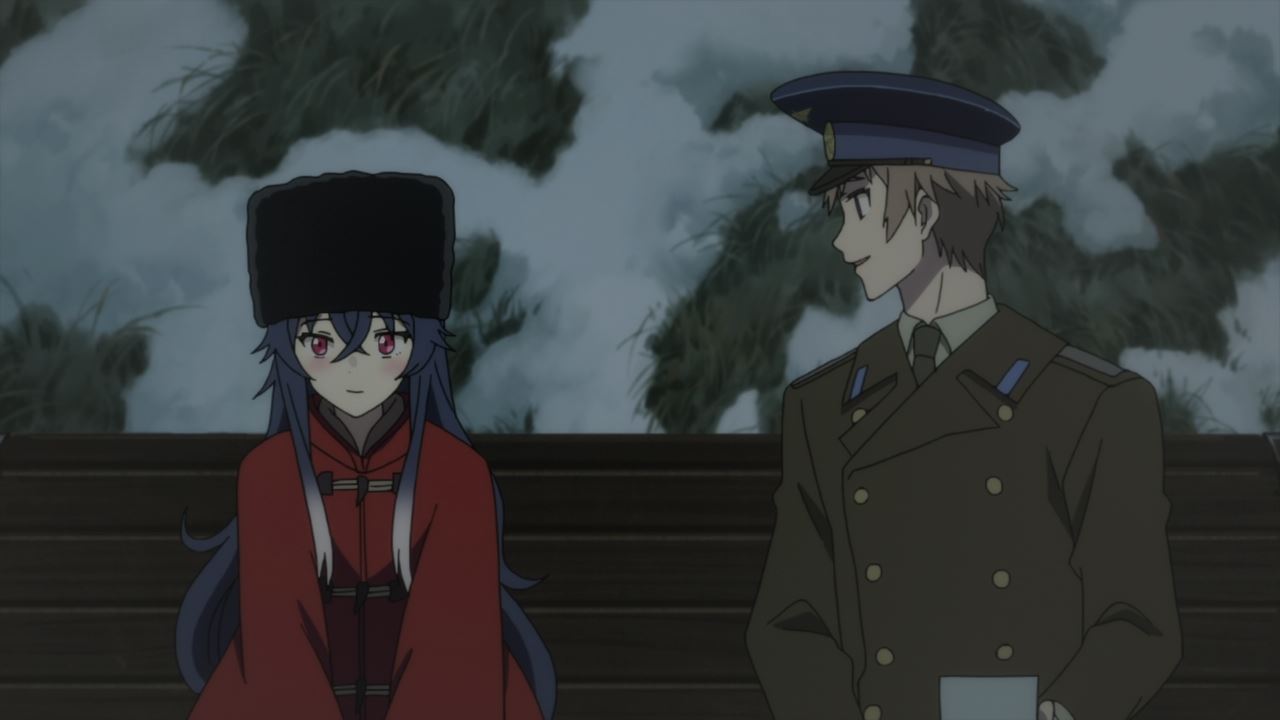 After watching a movie, it’s time for dinner at Belka Lake where Irina made something for this occasion. 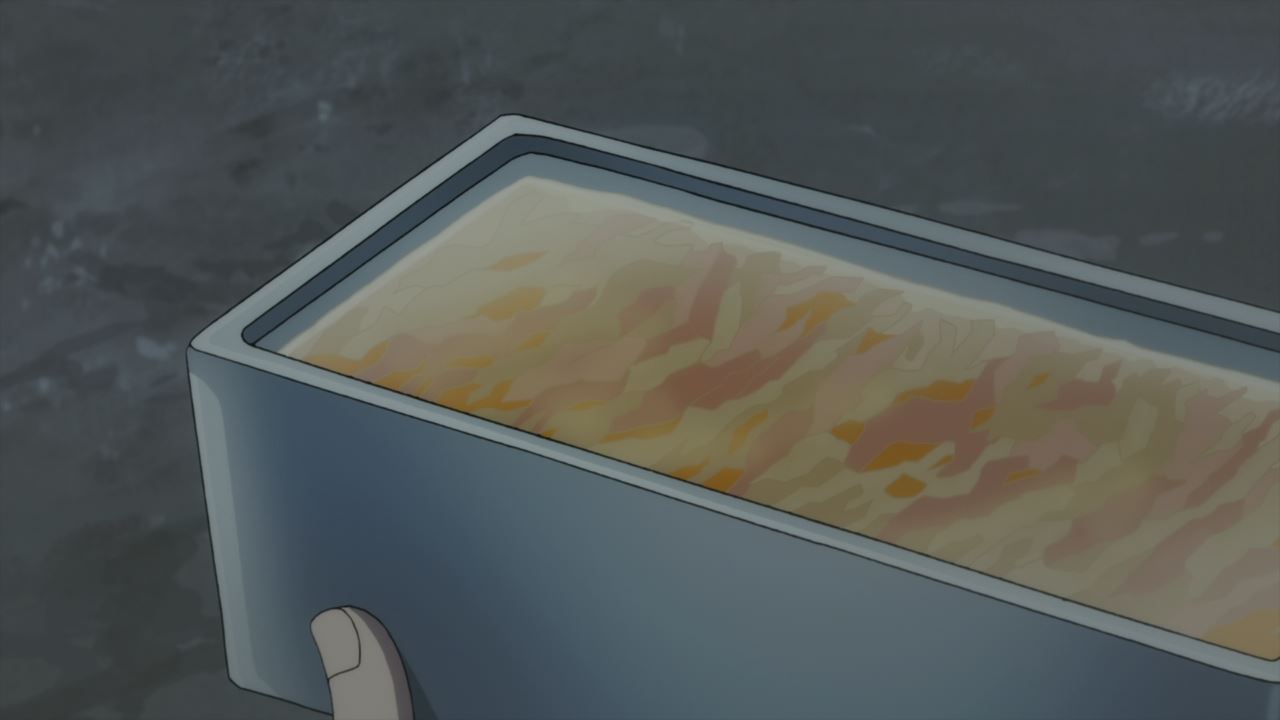 Anyways, she made kholodets which is a gelatin made from meat broth. Of course, I wonder if it tasted good since Irina doesn’t have any taste buds? 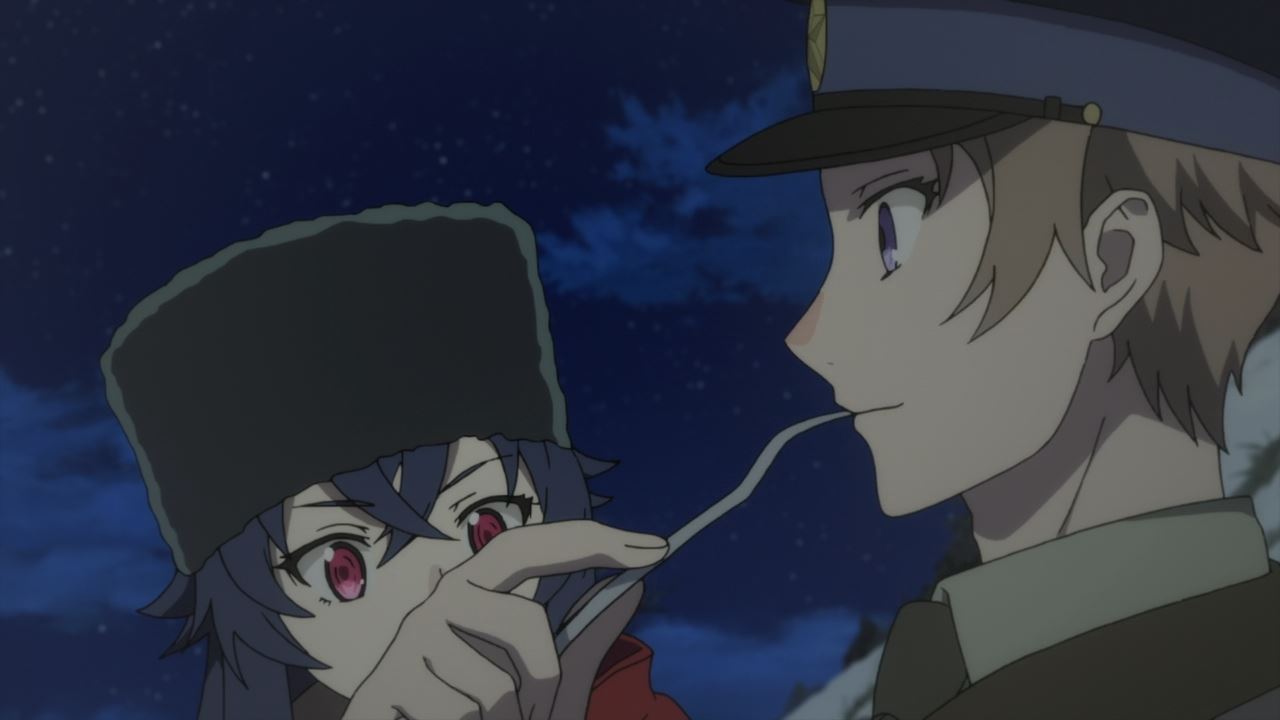 Turns out, Lev found it delicious upon eating kholodets. Okay, how did this vampire made some good food despite not having a sense of taste? 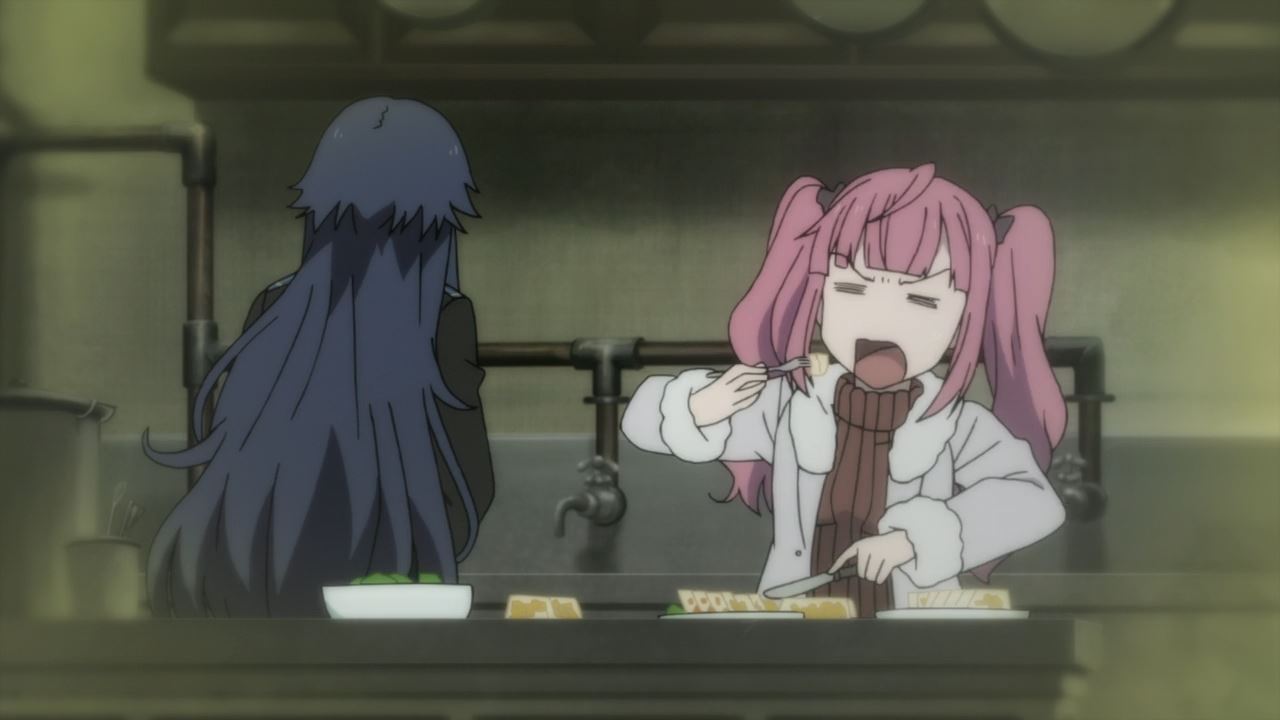 Oh, Anya Simonyan helped Irina Luminesk on tasting her cooked food. Glad that she sacrificed her stomach in order for Irina to cook some delicious kholodets. 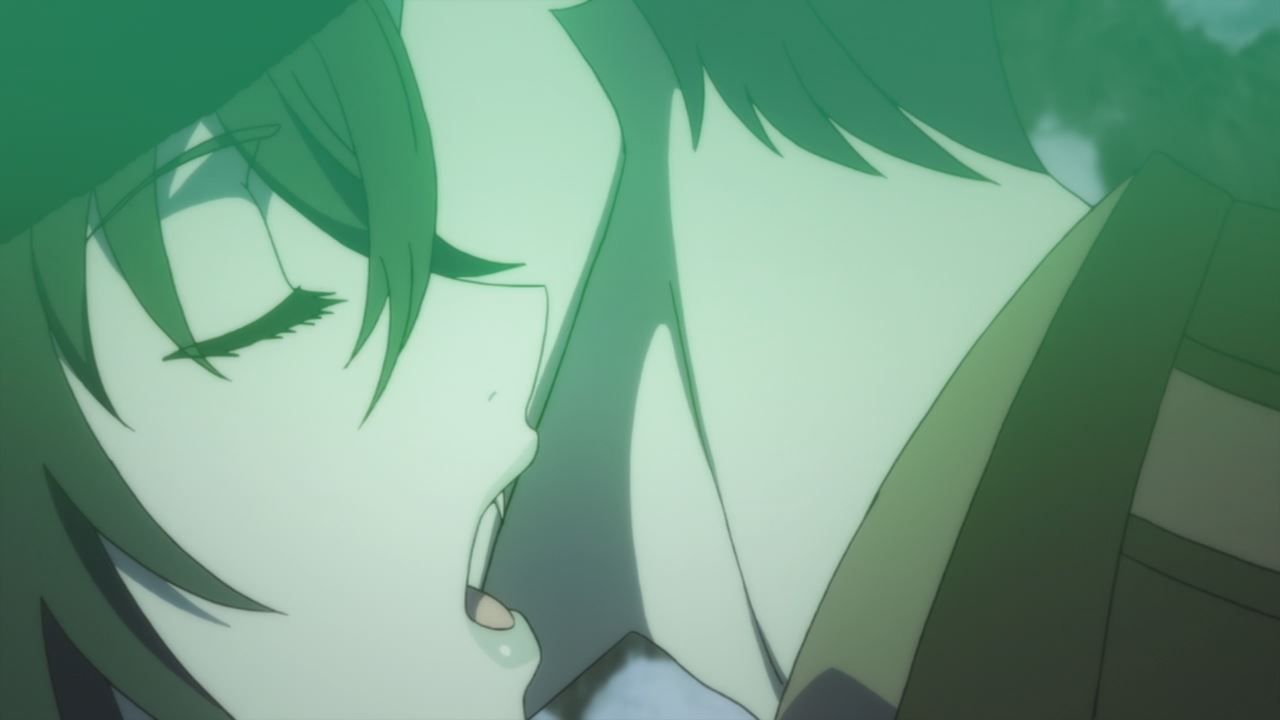 And now, the finale for their “date” as Lev Leps asked Irina Luminesk to bite his neck. Um Lev, are you really sure that you want to get bitten for the second time? 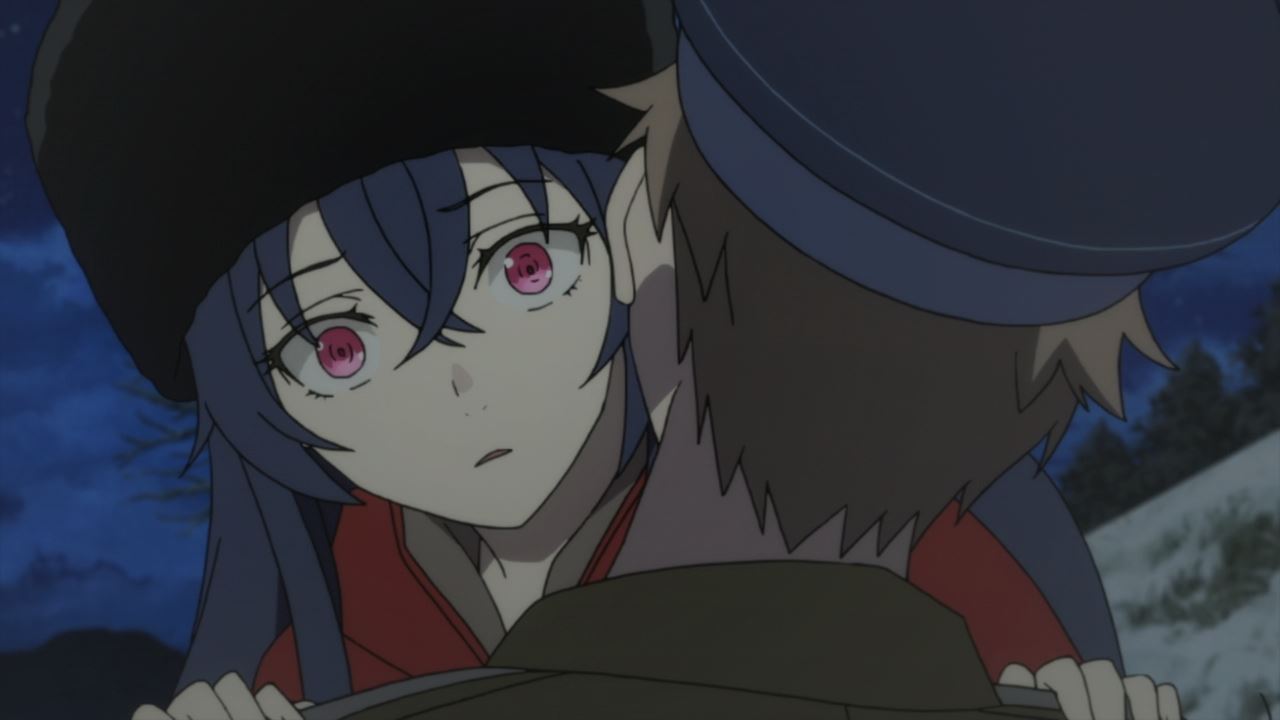 Sadly, Lev didn’t get his wish as Irina noticed that someone (or something) is approaching. What could it be? 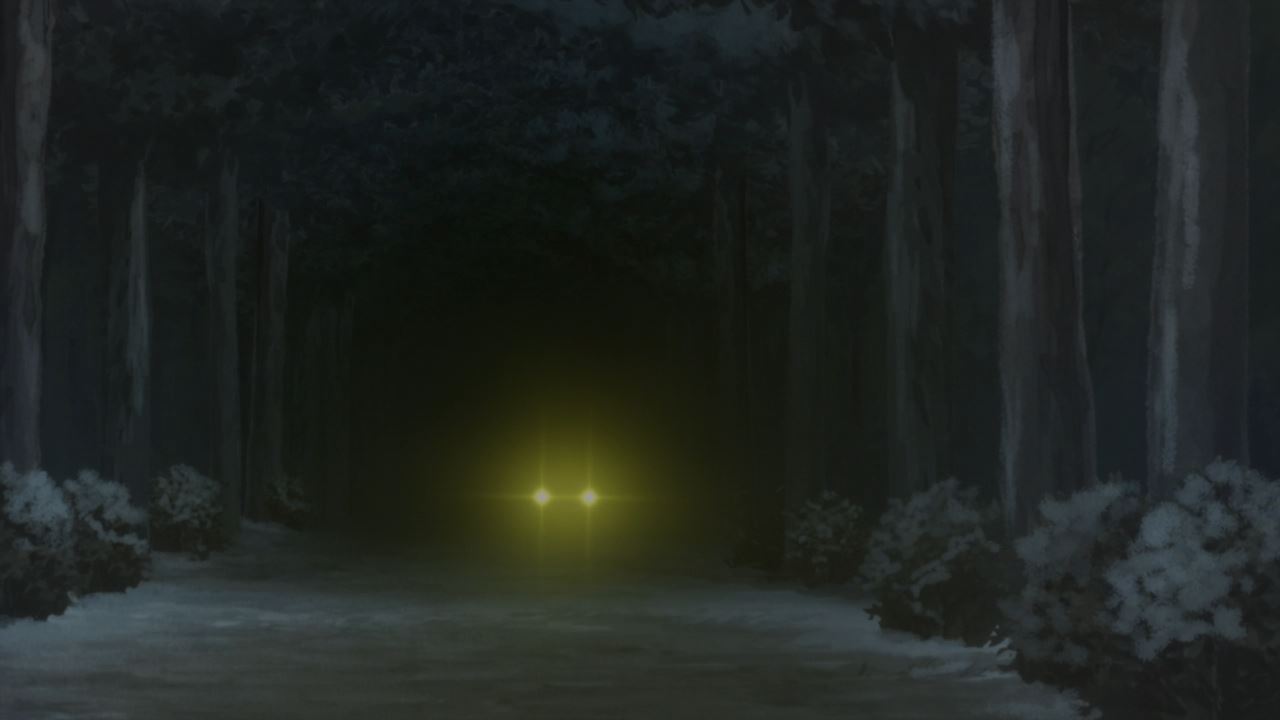 Well, it’s actually the local bus as their “date” is finally over. Of course, both Lev and Irina will go onto their separate ways, meaning that won’t see each other again. 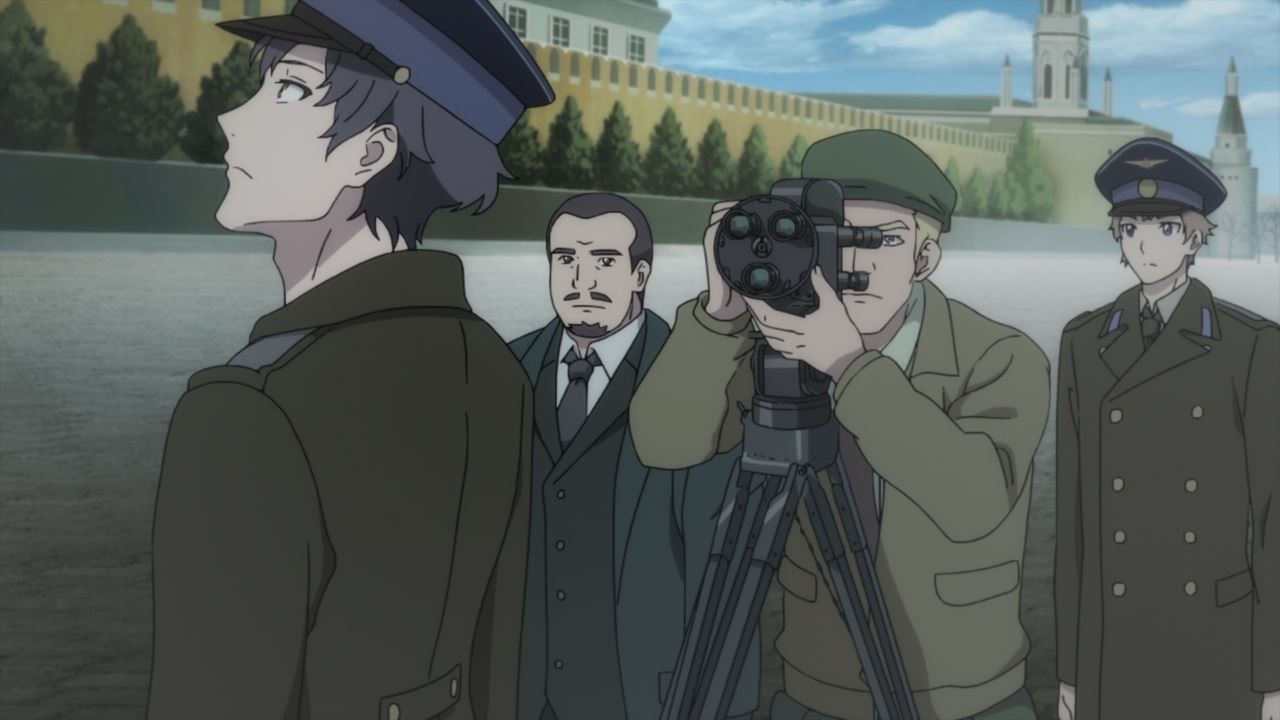 That is until Lev was taken to Sangrad along with Mikhail for a propaganda film shoot. C’mon, they need to look good on the camera so that people will remember them or one of the cosmonauts who will be selected first. 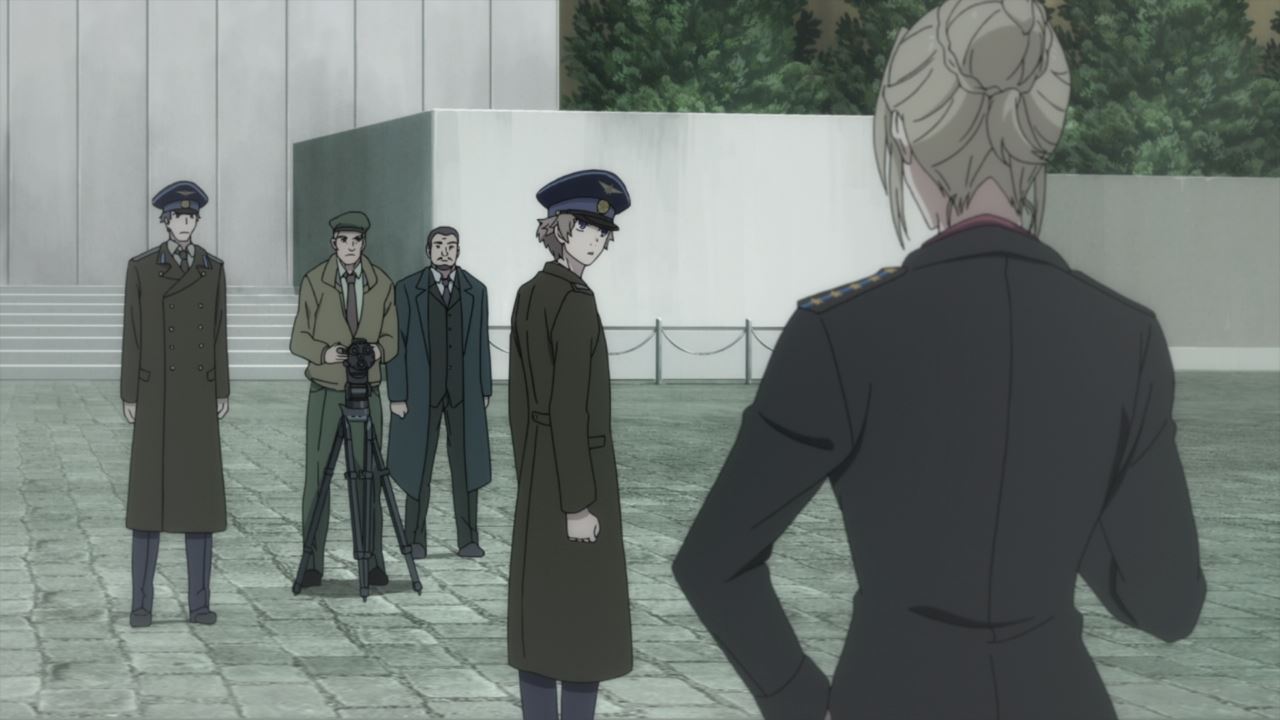 By the way, this film shoot is being supervised by Secretary Lyudmila Halrova as she wants both Lev Leps and Mikhail Yashin to act natural. 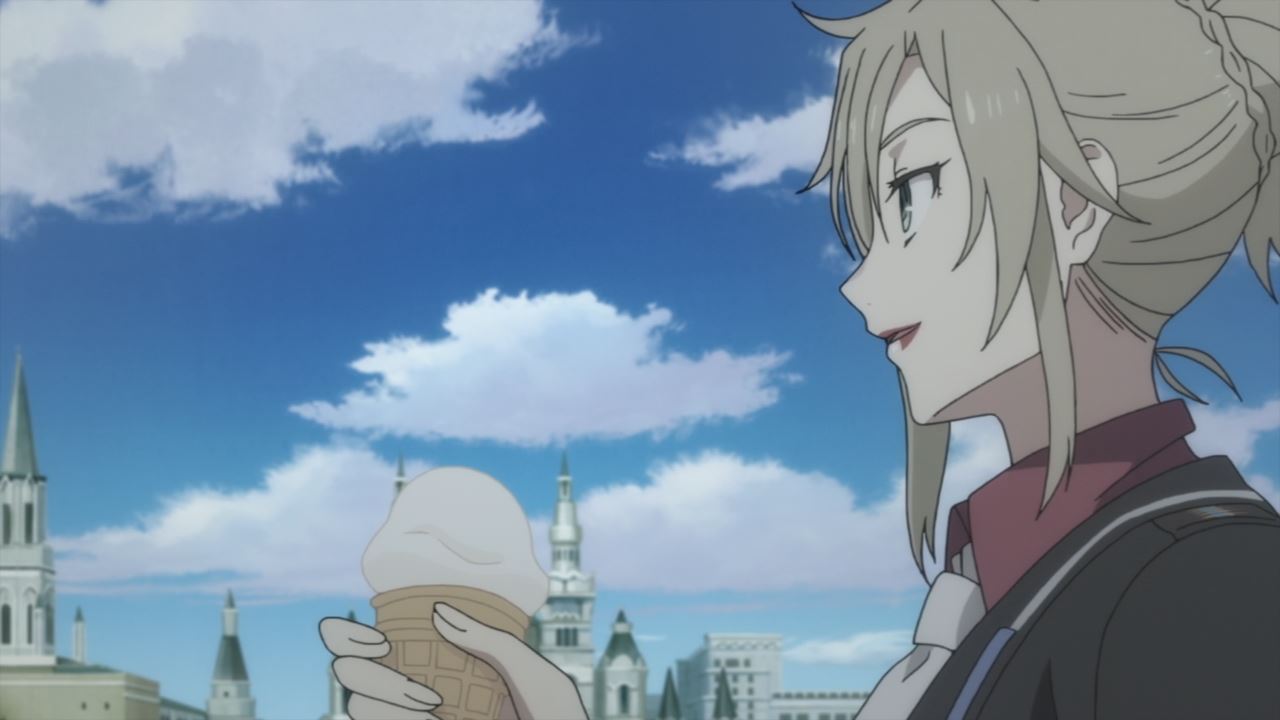 And speaking of Lyudmila Halrova, this secretary is literally chilling out as she told both cosmonauts that if either of them managed to go into space and landed safely, the city of Sangrad will have a parade of people where they’ll cheer the first man into space.

Of course, Lyudmila warned both cosmonauts not to reveal the location of Laika44. C’mon, there might be spies or even saboteurs within Zirnitra that might destroy their space program, much like how Franz almost succeed in destroying it. 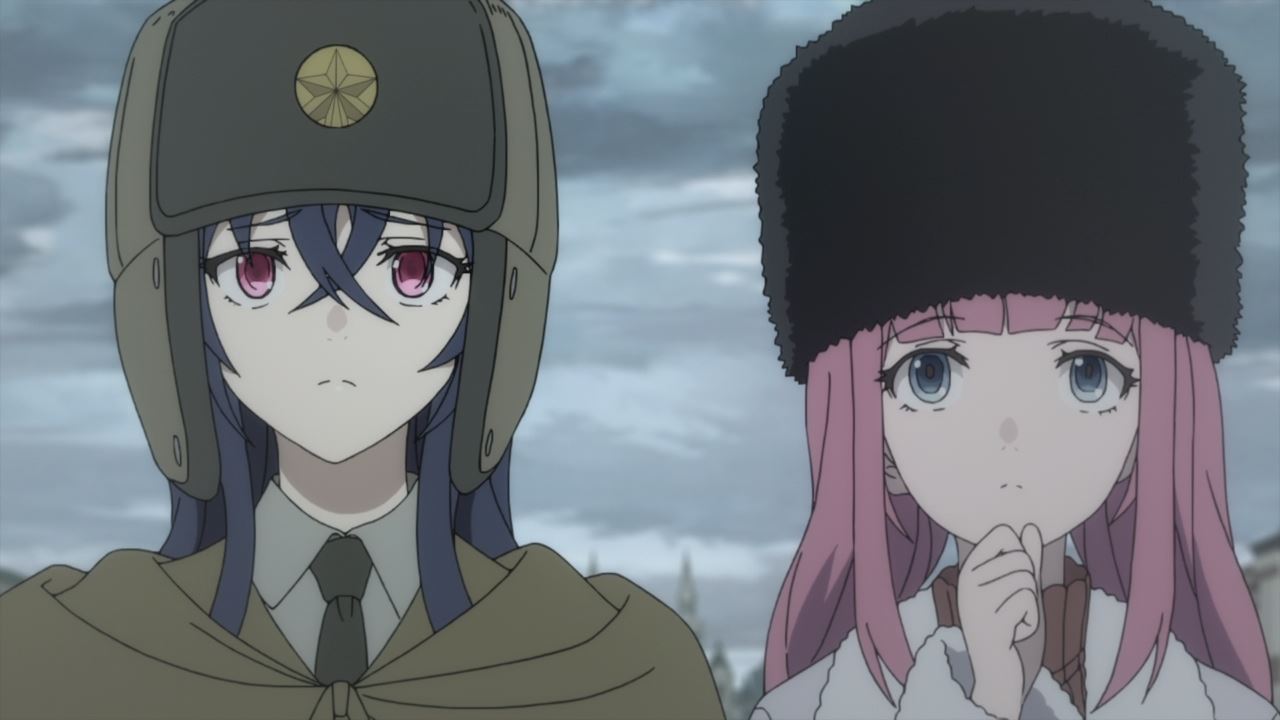 Meanwhile, here’s both Irina Luminesk and Anya Simonyan where they’re having a stroll around Sangrad. After all, Irina is assigned to examined by doctors and assess the vampire on whether she’ll live or not. 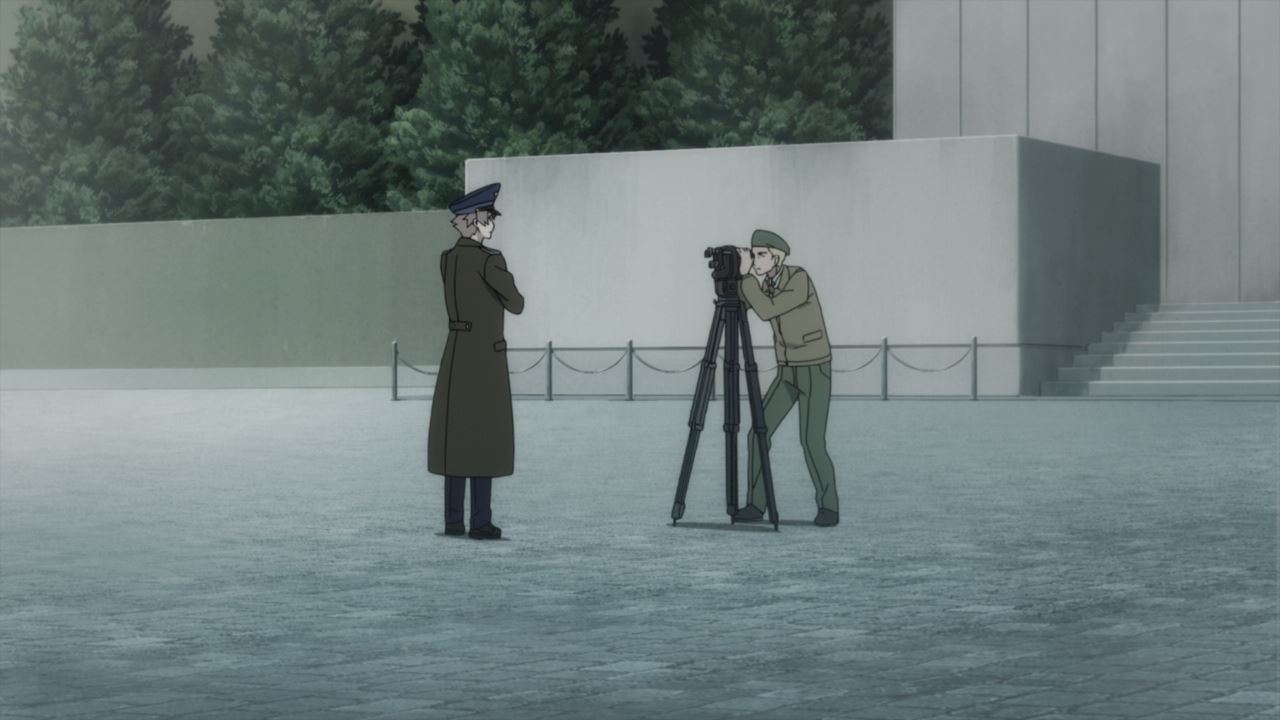 Well, that’s until Irina Luminesk saw Lev Leps still acting natural front of the camera. With that said, the vampire wants to see him in Sangrad. 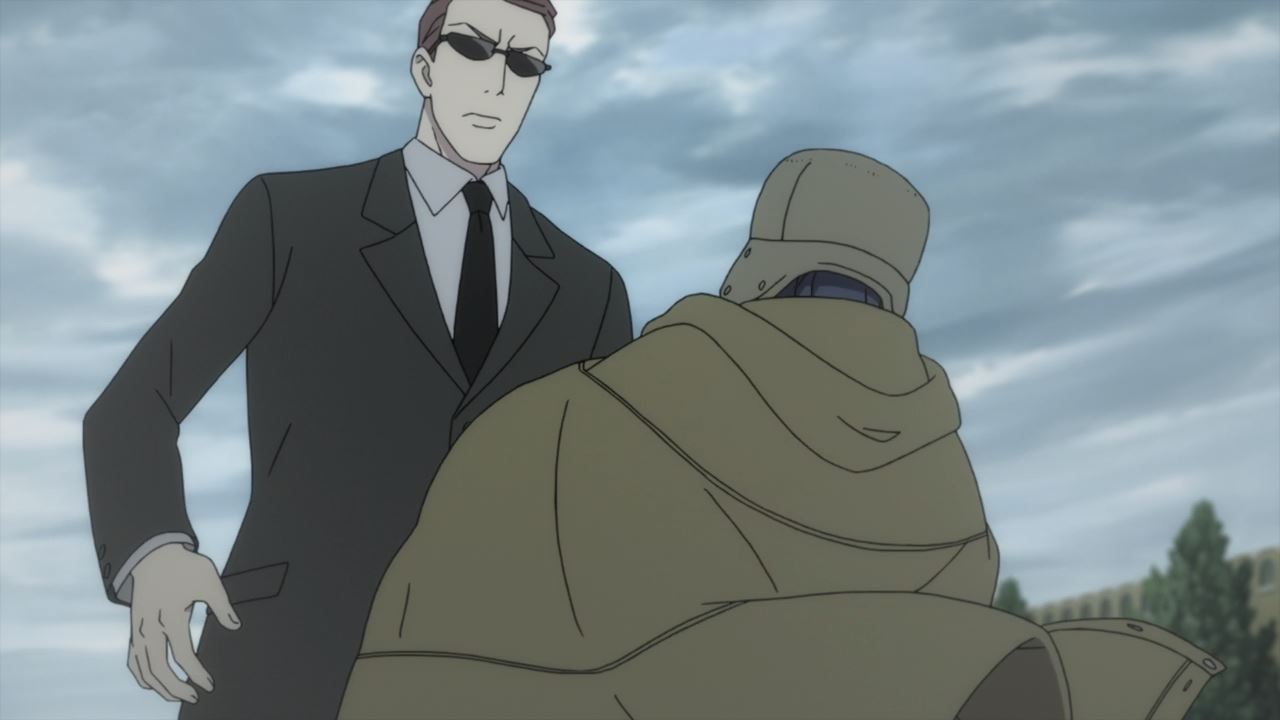 However, the secret police blocked her path as this guy told Irina to stay back or she’ll be sent to the gulag. 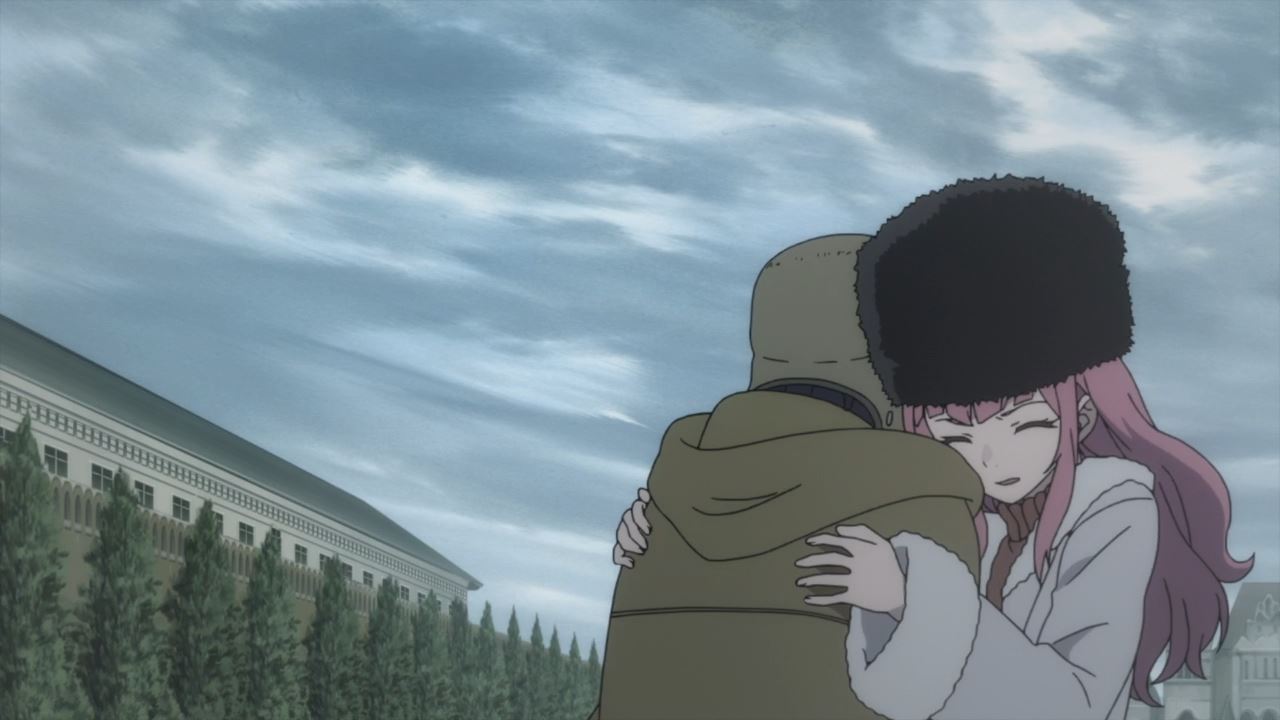 In any case, looks like the state forbids Irina to meet up with Lev. And while Anya felt sympathy that the vampire can’t meet her mentor, I think that Irina is unlikely to live longer in Zirnitra. 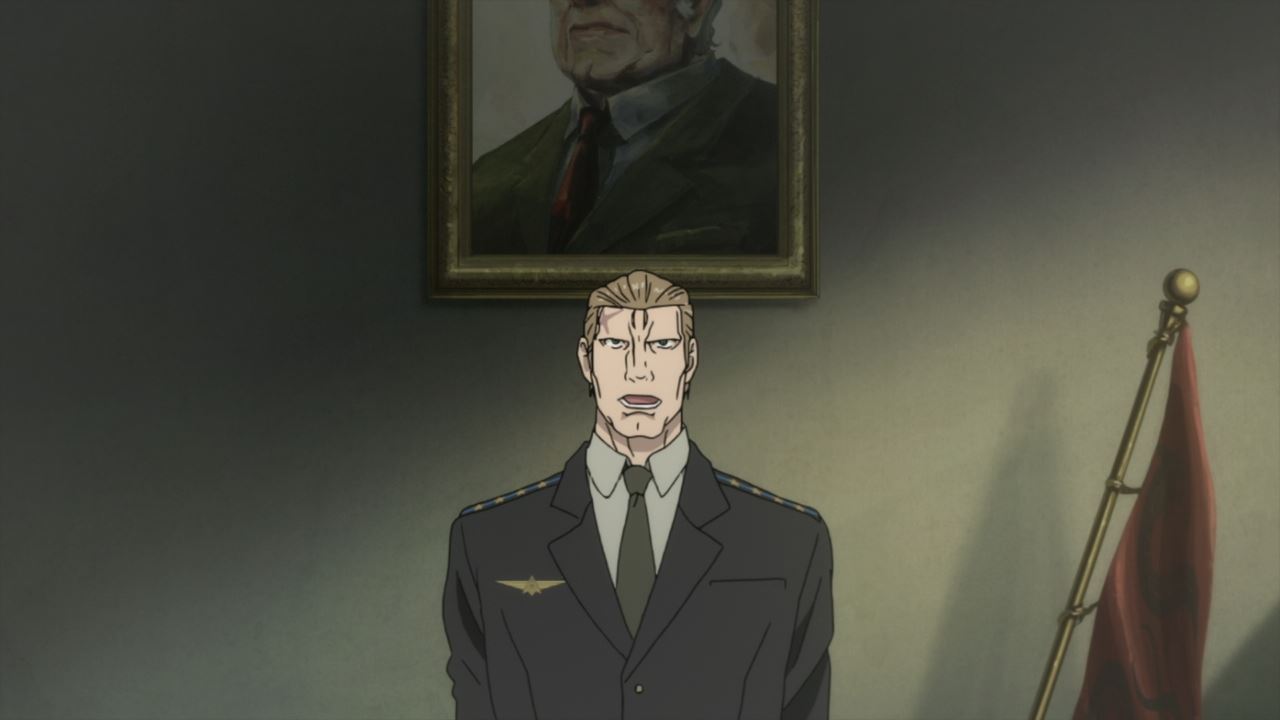 Now then, here’s Lieutenant Victor where he announced the first cosmonaut that’ll be launched into space. While some expects Mikhain Yashin to be selected since he’s more popular, it appears that the premier selected Lev Leps as the first man. 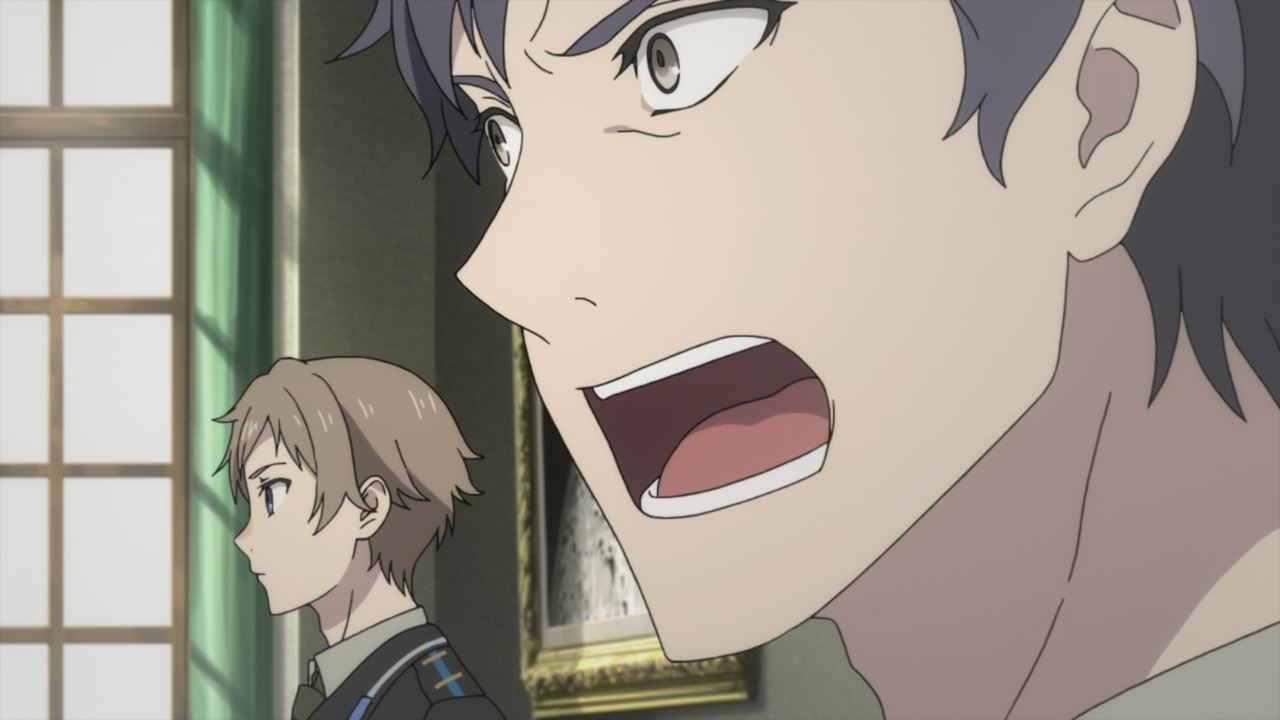 For Mikhail Yashin, he’s really upset that he’s not selected to be the first cosmonaut into space.

Now, while I’m happy that Lev is chosen, I have some doubts as Zirnitra might purge Lev Leps by deliberately destroying his rocket. This means that they’re saving Mikhail for the actual launch. 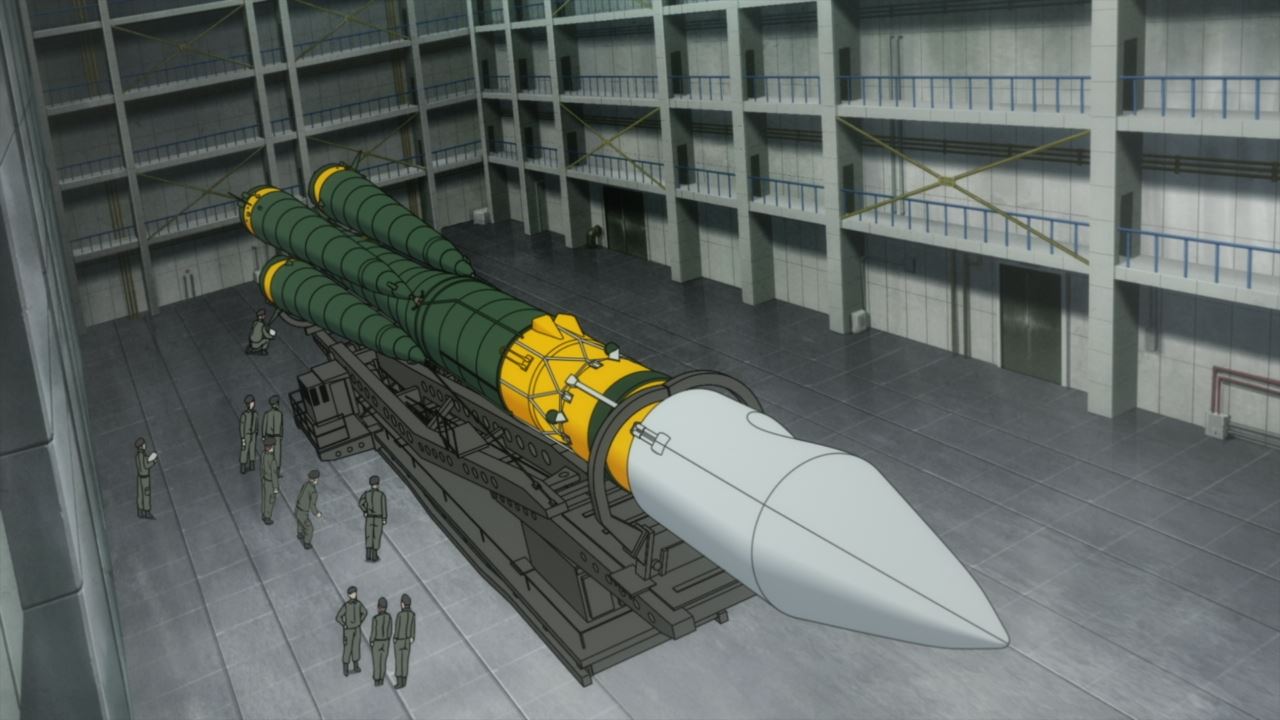 But anyways, here’s the rocket where Slava Korovin and his team have finally completed it. Let’s hope that it won’t explode as this rocket will launch Lev Leps into space. 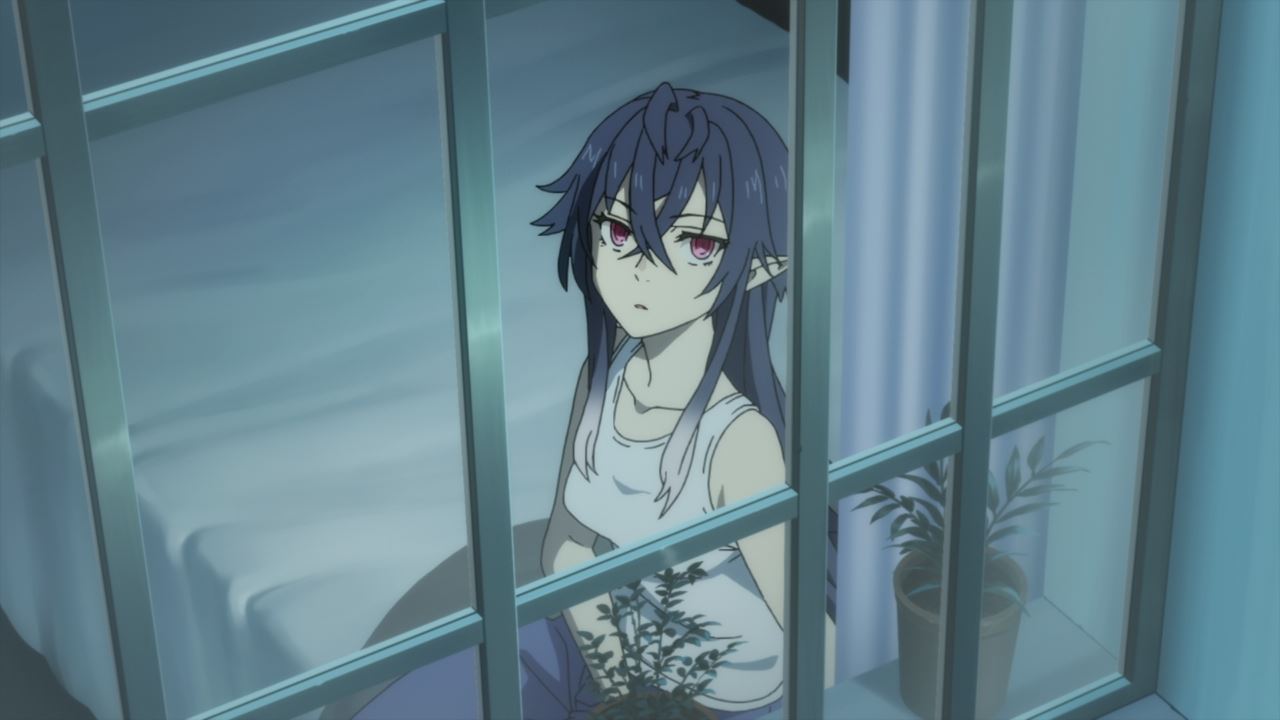 Oh yes, as for Irina Luminesk? I’m not sure what will happen to the vampire as she’s currently stuck inside a facility in Sangrad. Let’s hope that she won’t get purged by Premier Fyodor Gergiev.

Anyways, we’re getting closer to the finale as Lev Leps’ space flight is fast approaching and while I’m skeptical on whether he’ll succeed on the mission, let’s hope that nothing bad will happen on the next episode!