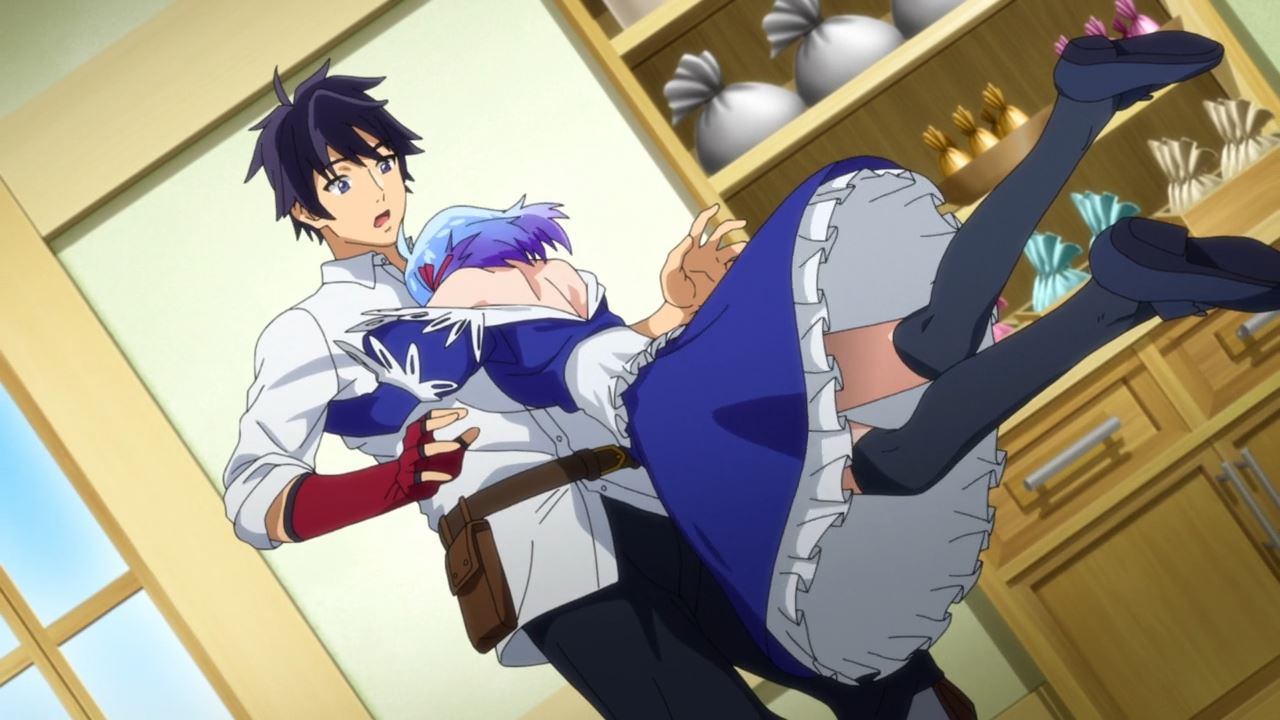 Well everyone, it looks like the Ragnason family has finally reunited where Ruti found her brother Gideon or should I say Red as while the hero wants him to return to her party, Red/Gideon is satisfied on running an apothecary in Zoltan together with Rit (or Rizlet).

So, no matter how hard she tries to take her brother back to the party, Gideon is okay living peacefully in the village. And also, blame Ares Srowa for kicking Gideon out of the party that it fell disarrayed without his help. 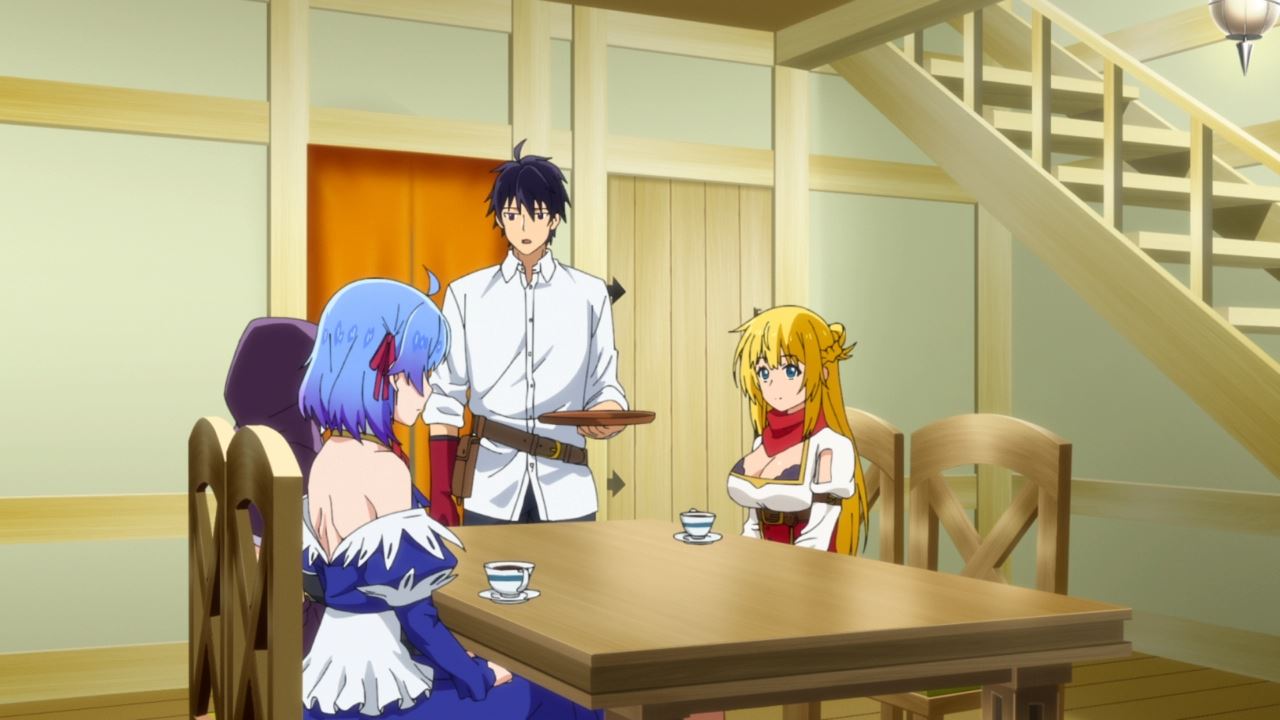 For now, Ruti and her assassin Tisse Garland will have to stay in Zoltan, although I’m hoping that they won’t get caught by the guards because they committed a crime where Ruti and Tisse took Godwin out of prison.

Seriously, it’ll be disastrous if Red/Gideon found out that Ruti took a prisoner out of his cell just to make those Devil’s Blessing drugs. 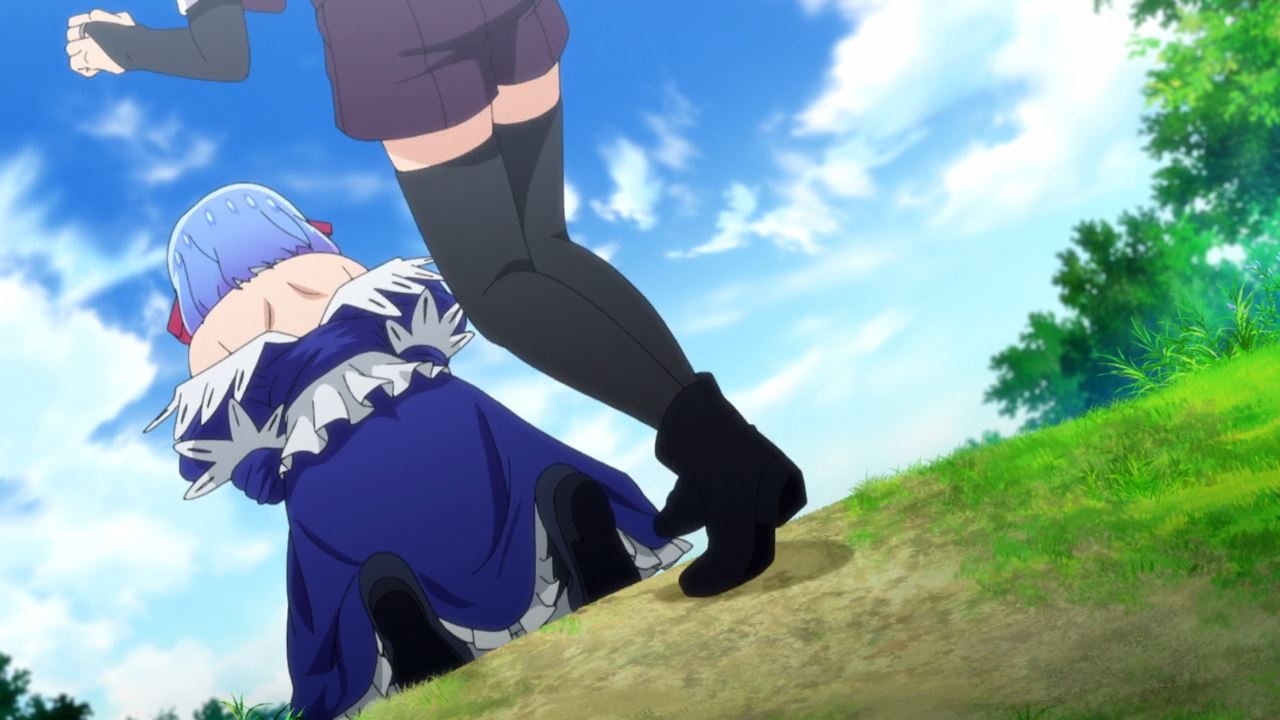 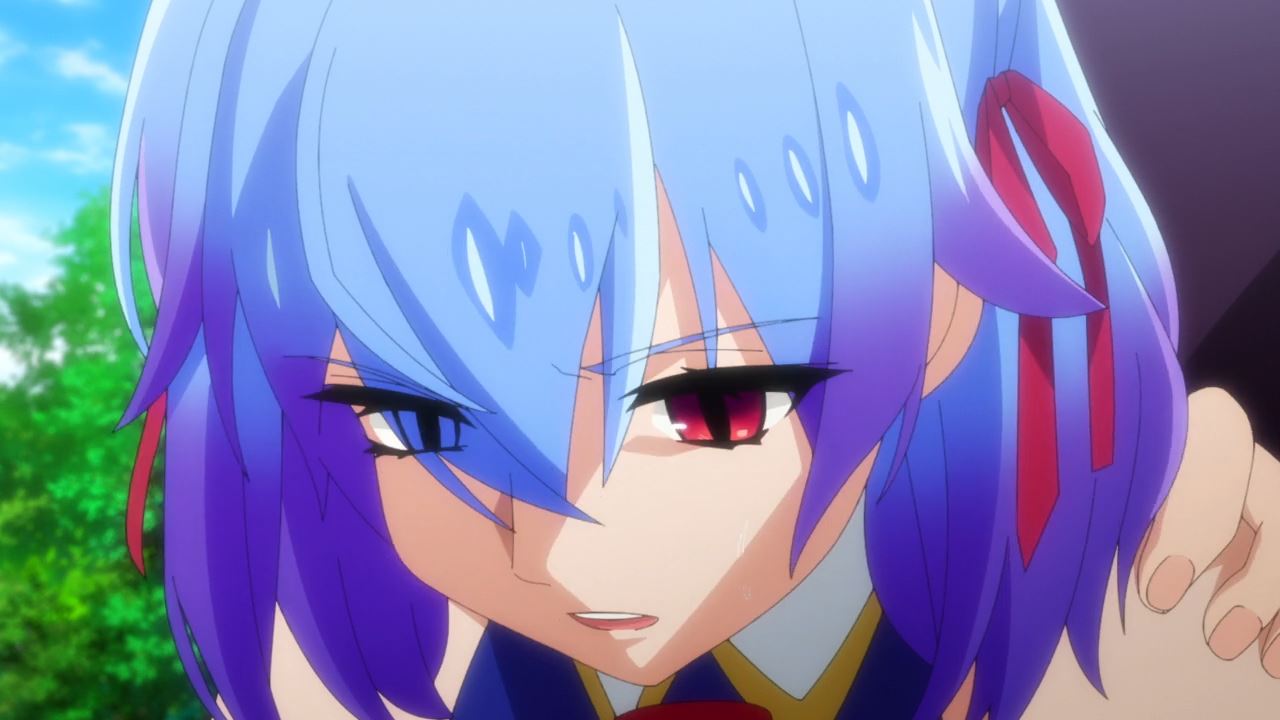 But speaking of Ruti, it appears that the drug’s side-effect is kicking in as Ruti’s Devil’s Blessing overpowers her Heroic Blessing. Oh I hope that she’ll live to stay with her brother. 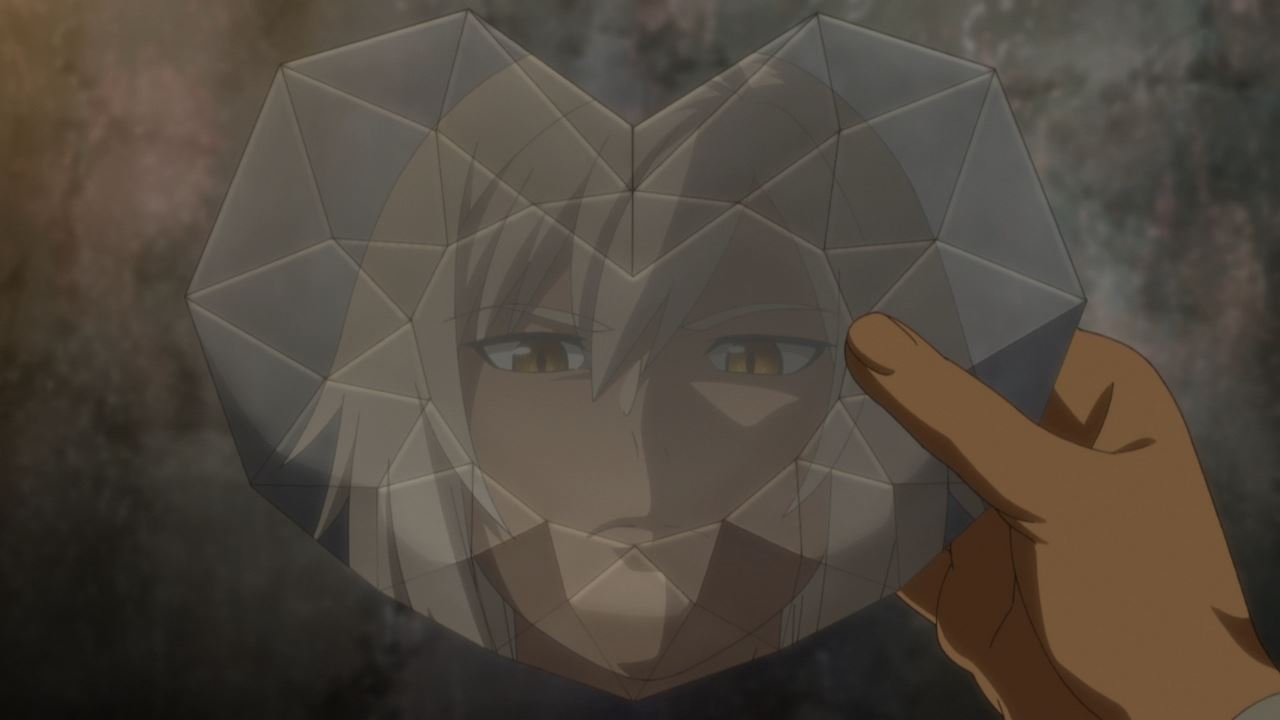 Meanwhile, here’s Bui or should I say Shisandan where he’ll use this crystal heart to break a curse. Man, he’s still a mystery to me as Shisandan might have some plans to kill the hero or overthrow the current demon lord if he wants to. 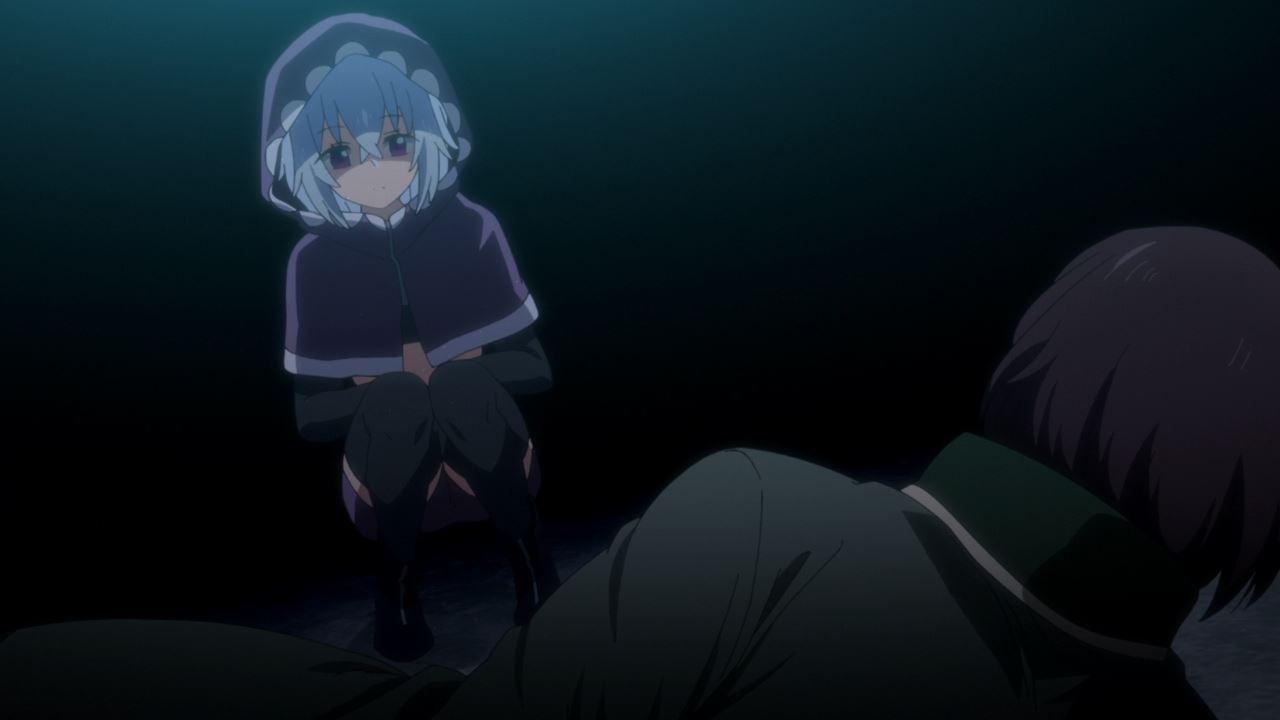 Now then, here’s Tisse Garland where she told Godwin that there’s a change of plan and told him to stay put for now. 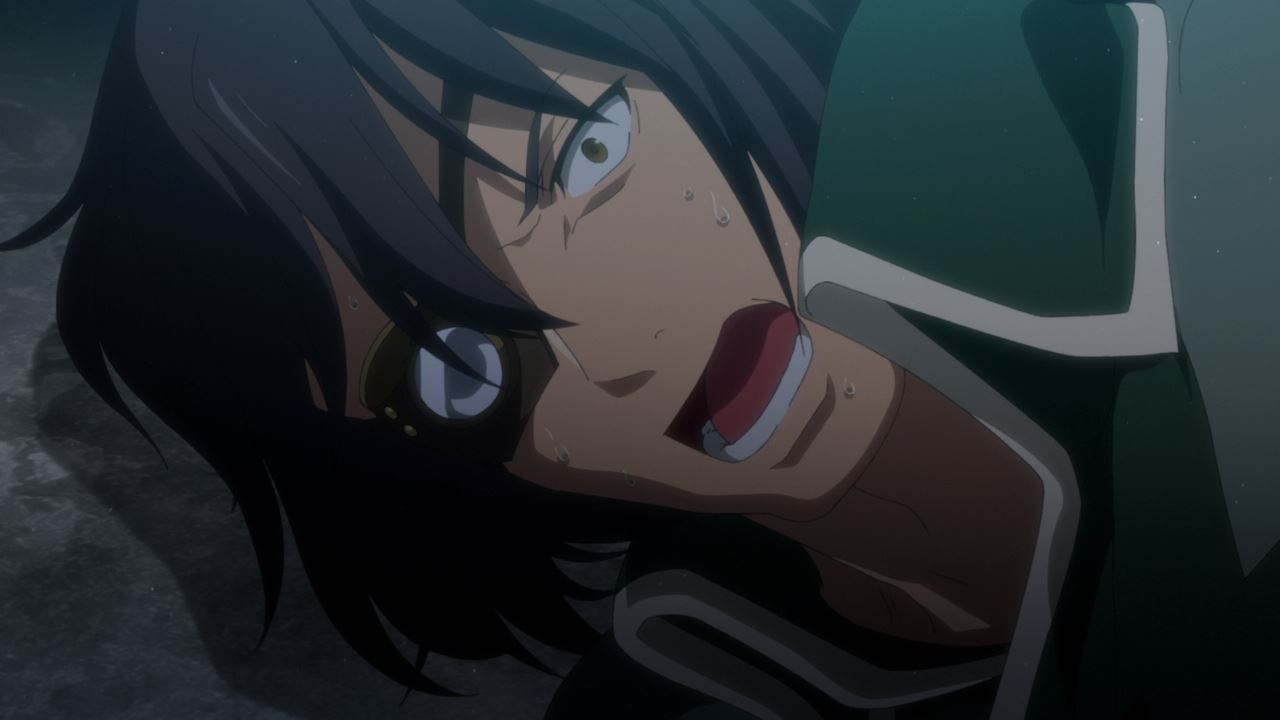 Of course, Godwin is very anxious that his life is in danger should the guards found him. C’mon, he doesn’t want his head being cut-off by a guillotine after all.

Still, he needs to stay low until Ruti told Godwin to make some blessing-alteration drugs for her own consumption. 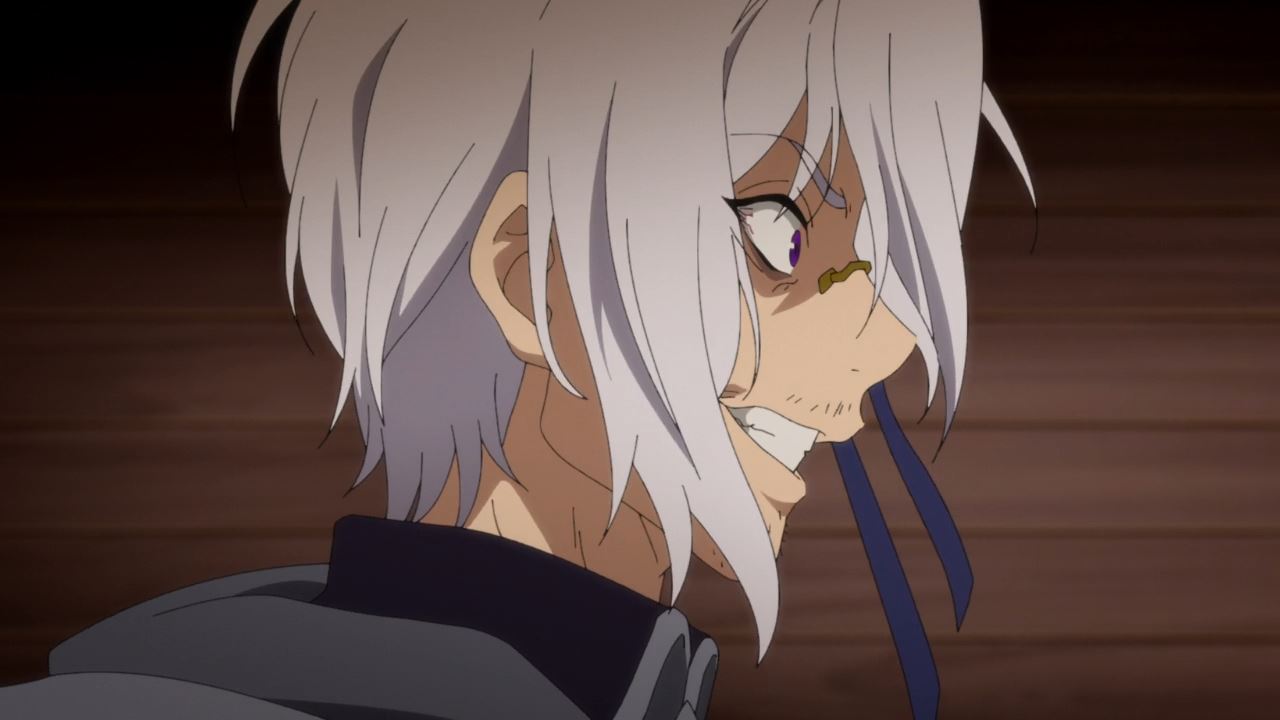 Moving onto another scene where Ares is getting a bit crazy as he’s searching for Ruti. Honestly, it’s his fault for fuckin’ up the entire party starting with Gideon’s exclusion. 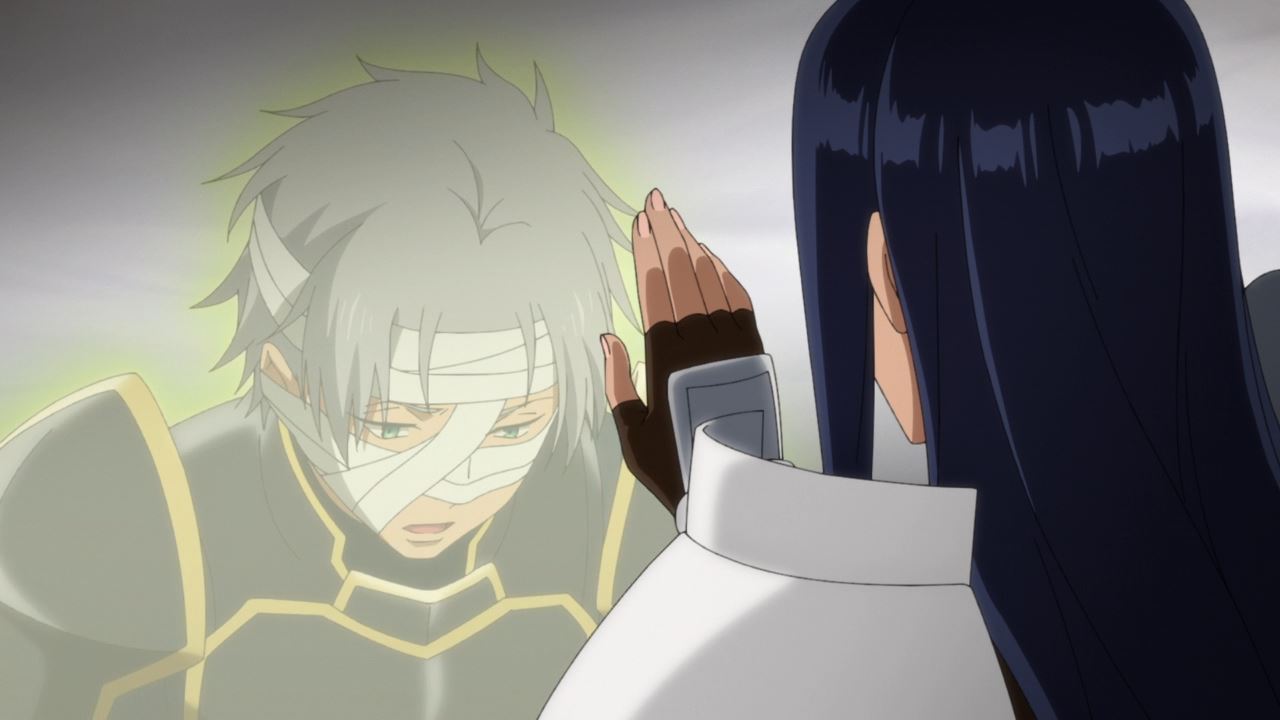 Aside from Ares, here’s both Albert Leland and Theodora Dephilo where the former is being healed by the latter, although Albert can’t fight like he used to since he lost his right hand when facing Red. 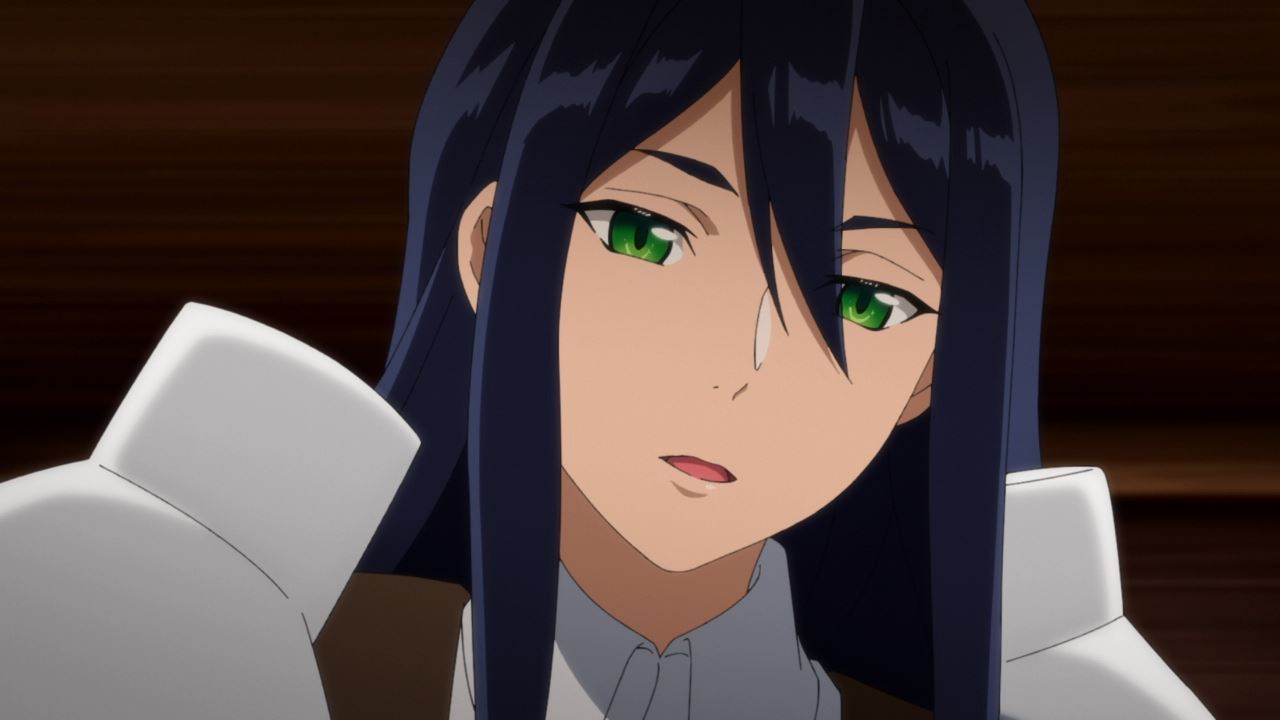 Fortunately, Theodora came up with a plan where she’ll buy a prosthetic arm for Albert. While it’s nice that this knight is helping someone like Albert, he still can’t fight well enough to survive on his own.

Now let’s return to Red’s apothecary where he let Ruti and Tisse take the bathroom to clean themselves up.

Speaking of Tisse, it looks like she’s secretly a critic when it comes to bathtubs or even bath houses, as Tisse rates Red’s bathroom to see whether it’s good or bad.

On the other hand, Tisse is worried that having both Rit and Ruti bathing together in a single bathtub would be dangerous as they might fight each other.

However, it looks like Ruti wants to share her story to Rit as she wasn’t born as a hero to begin with. 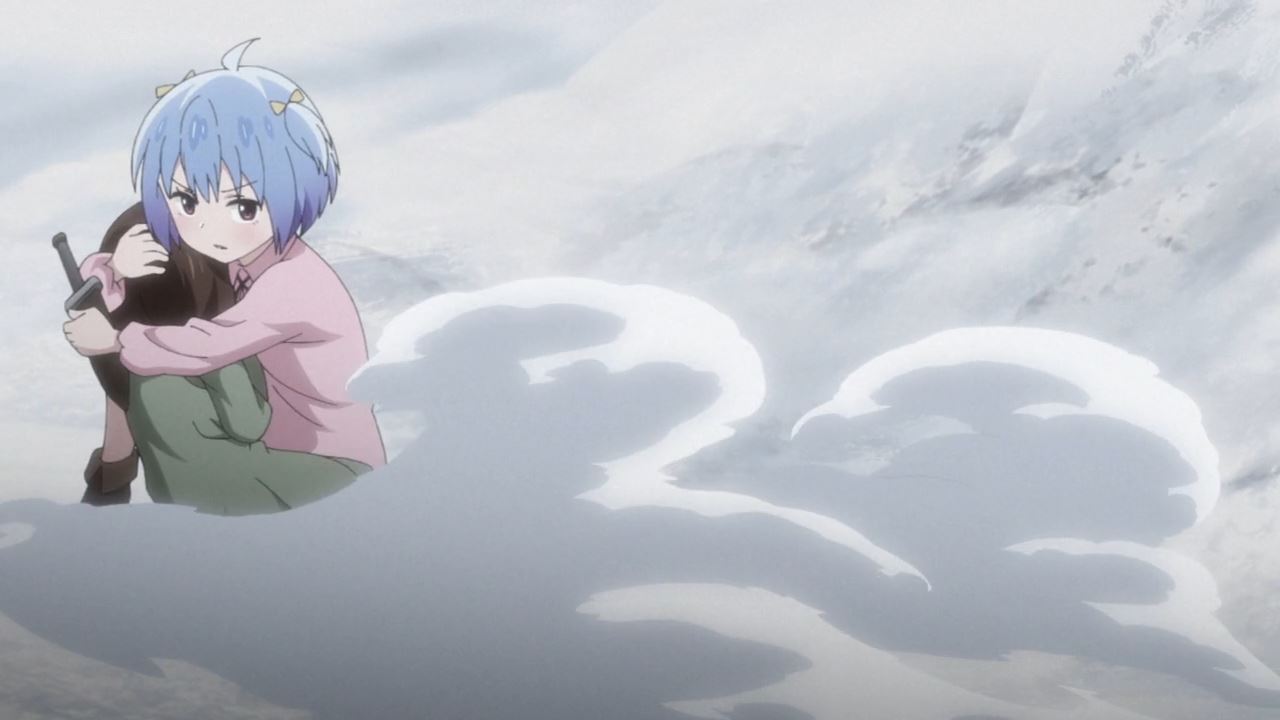 You see, Ruti was a sweet little girl back then before she inherited the Divine Blessing where Ruti became the chosen hero, although the truth is that she doesn’t want to become one. 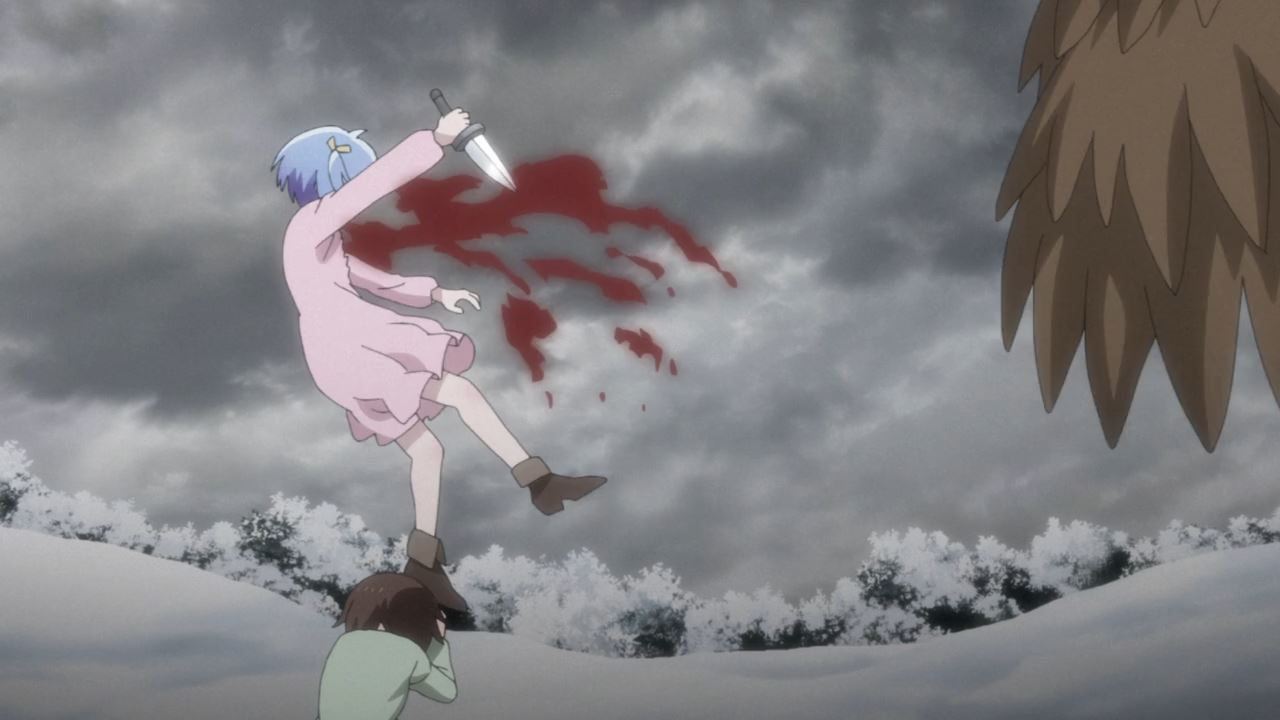 Even so, Ruti fights various monsters and save everyone from danger, yet Ruti suffered lots of abuse despite not feeling any pain.

Unfortunately for Ruti, despite being blessed by the gods, she still seeks help from her brother. 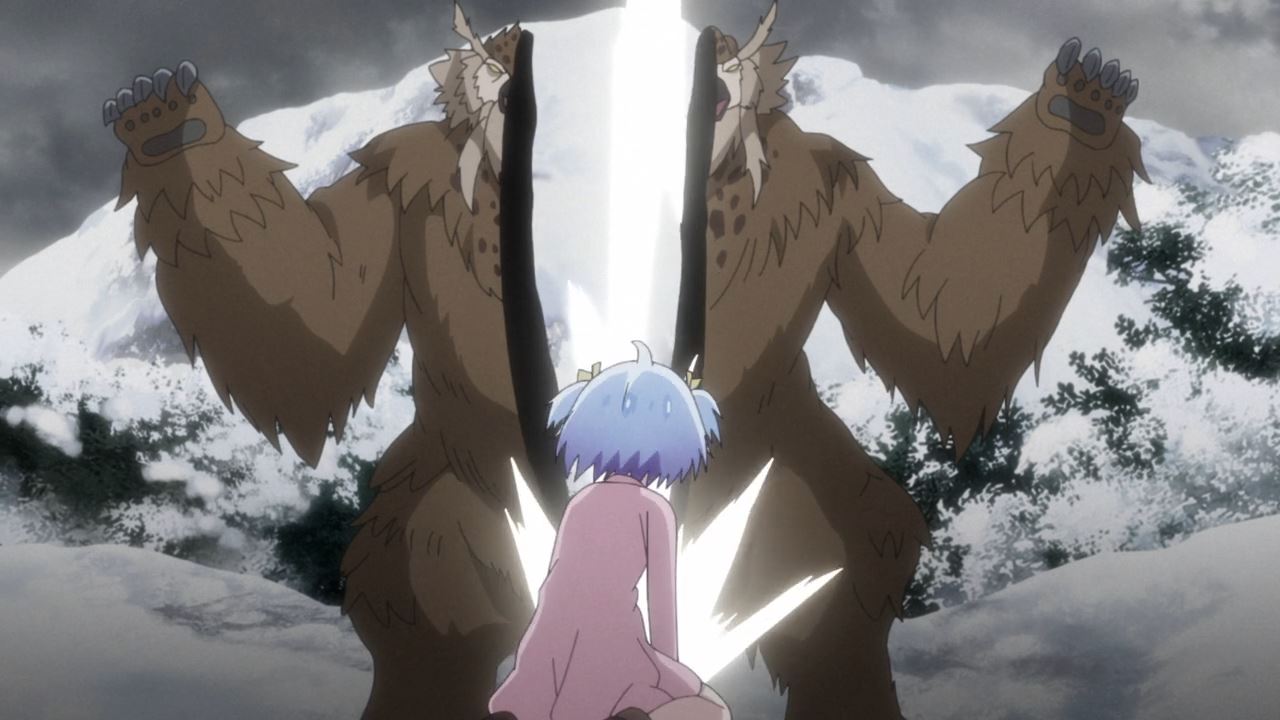 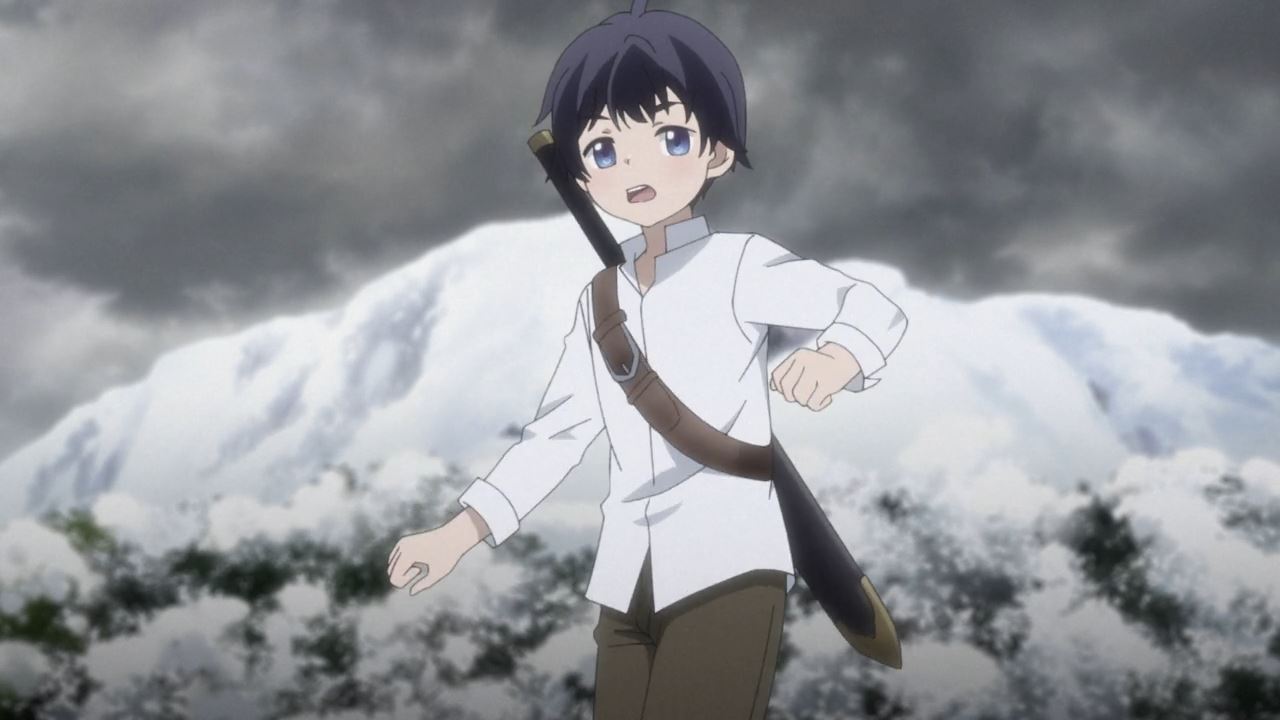 That’s until Gideon appears to save Ruti from an owlbear. Honestly, I wish Gideon should become the chosen hero rather than Ruti as she wants to be a normal girl.

Even now, Ruti still wants to give up her role as a hero and return to a peaceful life with Gideon. Of course, this is gonna be tough as Ares wants Ruti to fight against the demon lord even though she’s emotionally exhausted.

Still, I’m hoping that there’s a way to save Ruti from this terrible fate as we’re getting closer to the finale. Tune in next time where Ares and his remaining party members will arrive in Zoltan. Oh boy, Ares won’t be happy seeing Gideon (or Red) again!