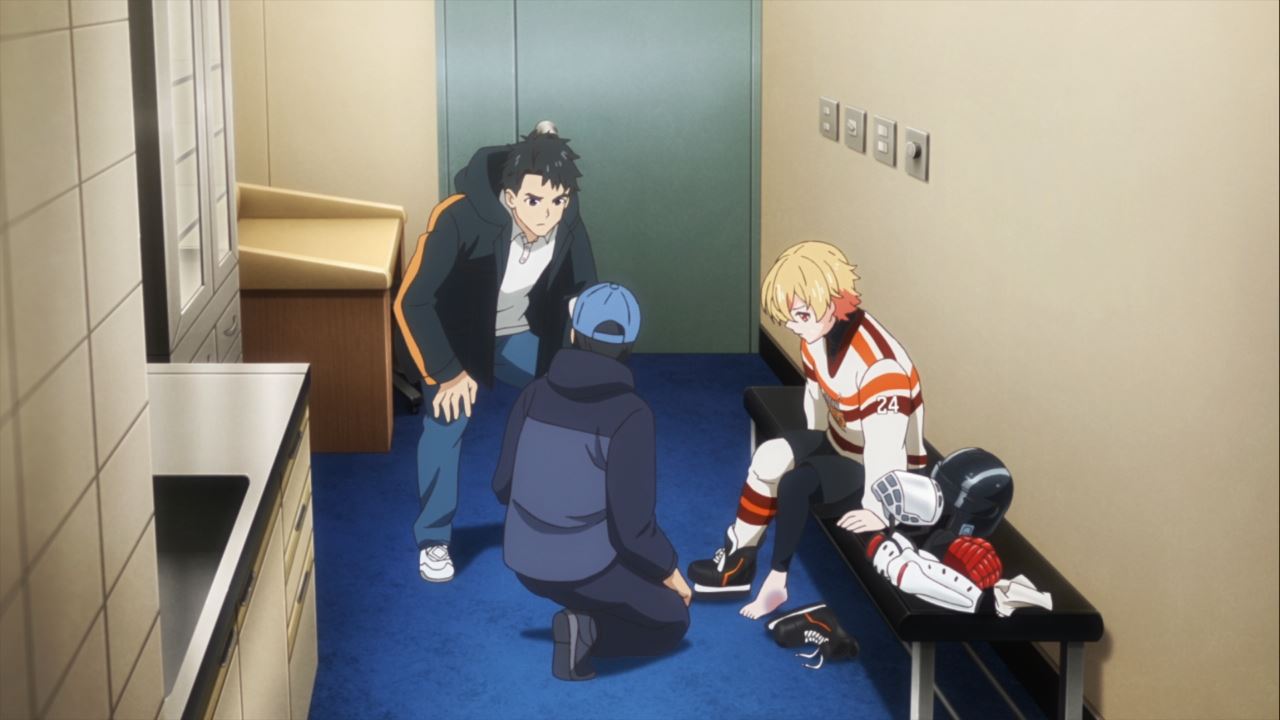 Well, it looks like Riko Saginuma has a nasty sprain that she’s not gonna return for the rest of the game as Coach Yoko Matsunaga told Riko to go to a doctor to check her ankle and take plenty of rest. 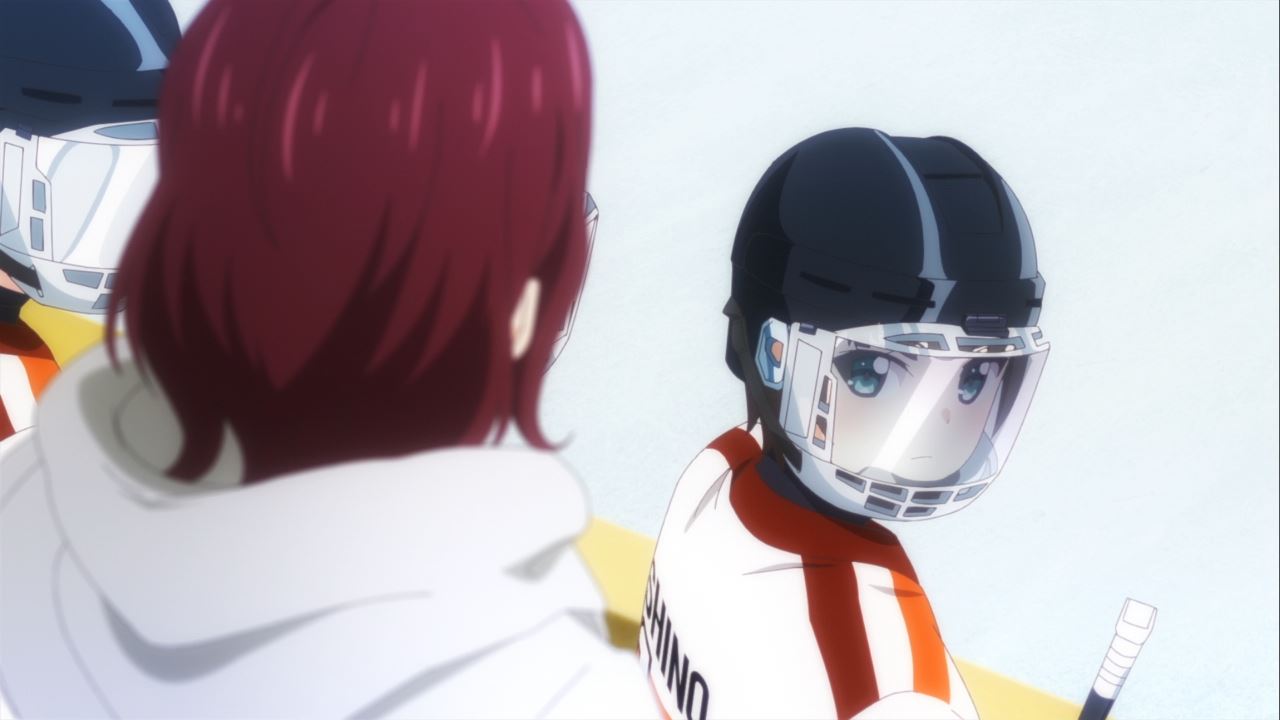 For now, Shino Ukita will become a substitute to Riko Saginuma as the Nikko Dream Monkeys will have to win without their captain. 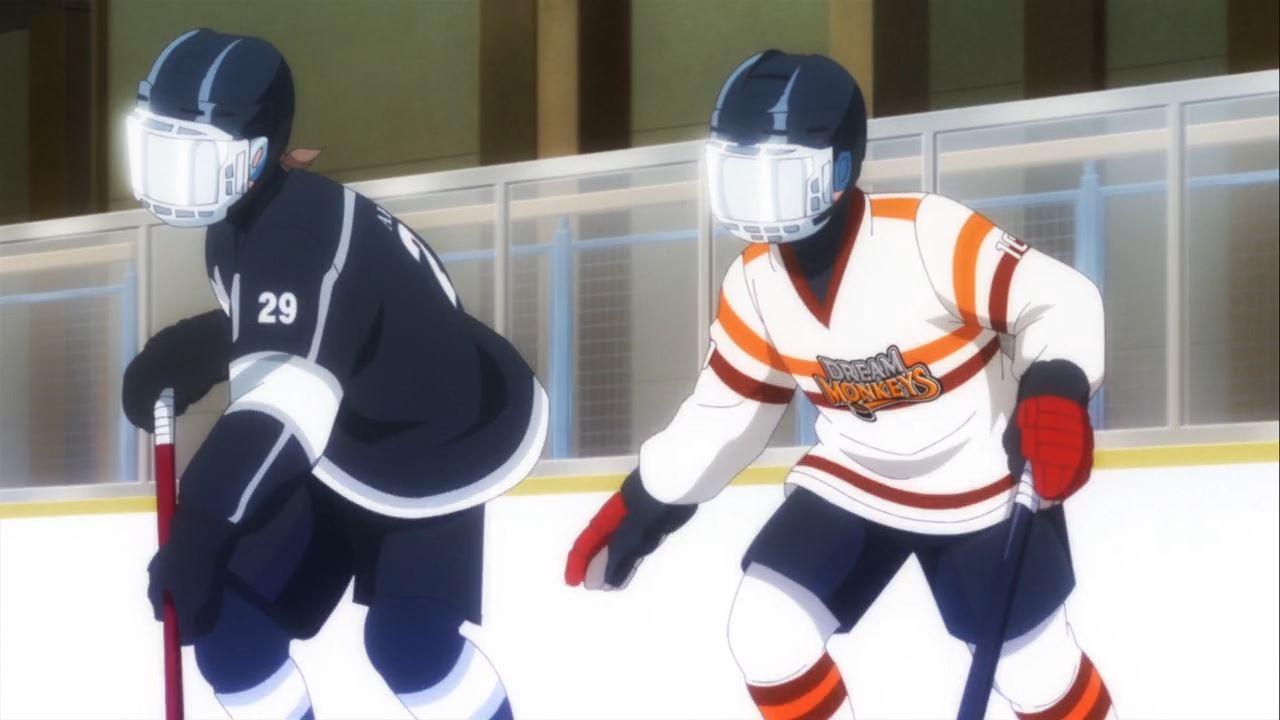 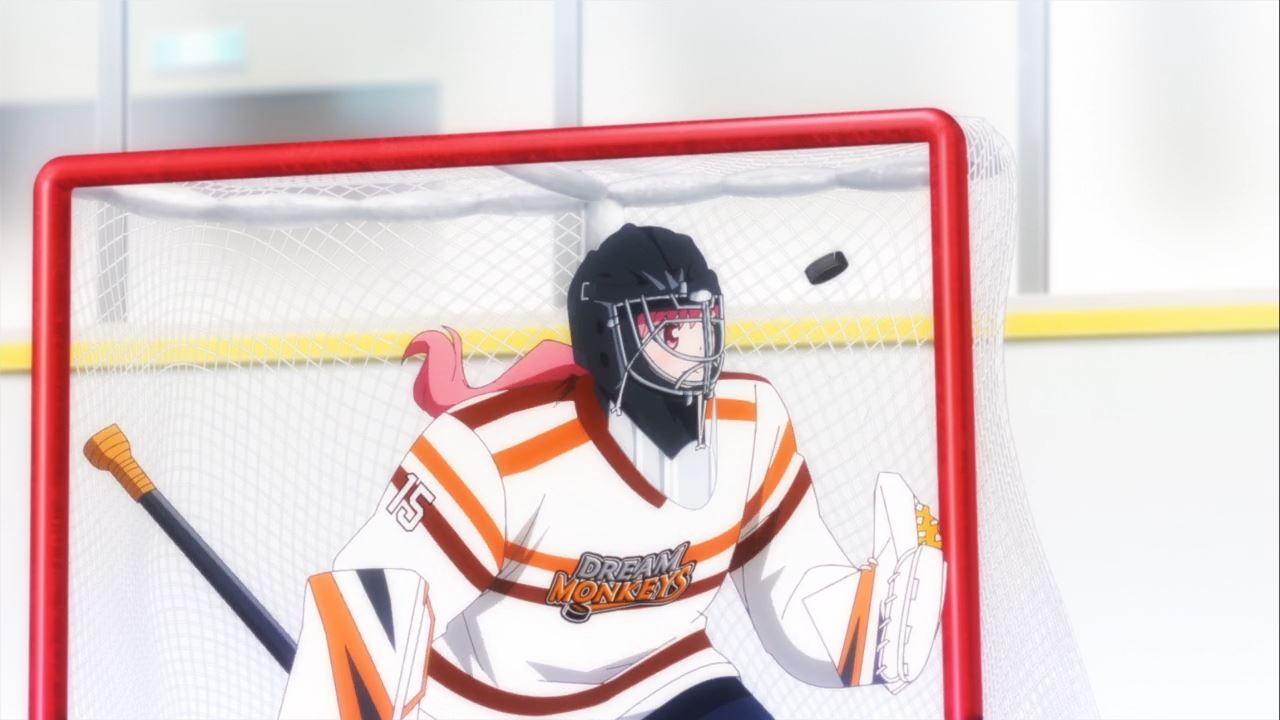 But despite having a senior player in the team, it looks like the Dream Monkeys is struggling to defend their goal net as the visiting team scores a goal. I guess their morale is dropping without Riko around.

So at the end of the 1st period, the visiting team is leading over the Nikko Dream Monkeys. 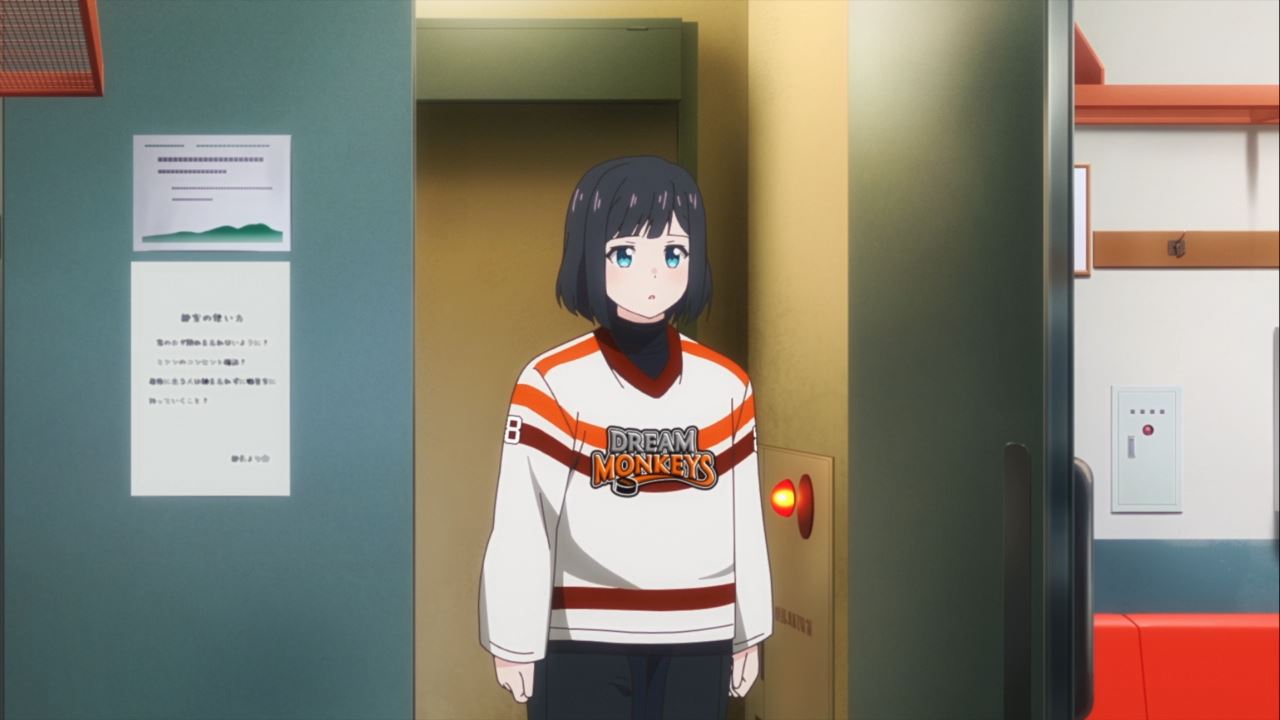 Meanwhile, here’s Naomi Takagi where she’s daydreaming during the 1st period, so she decides to wash her face a bit at the locker room. 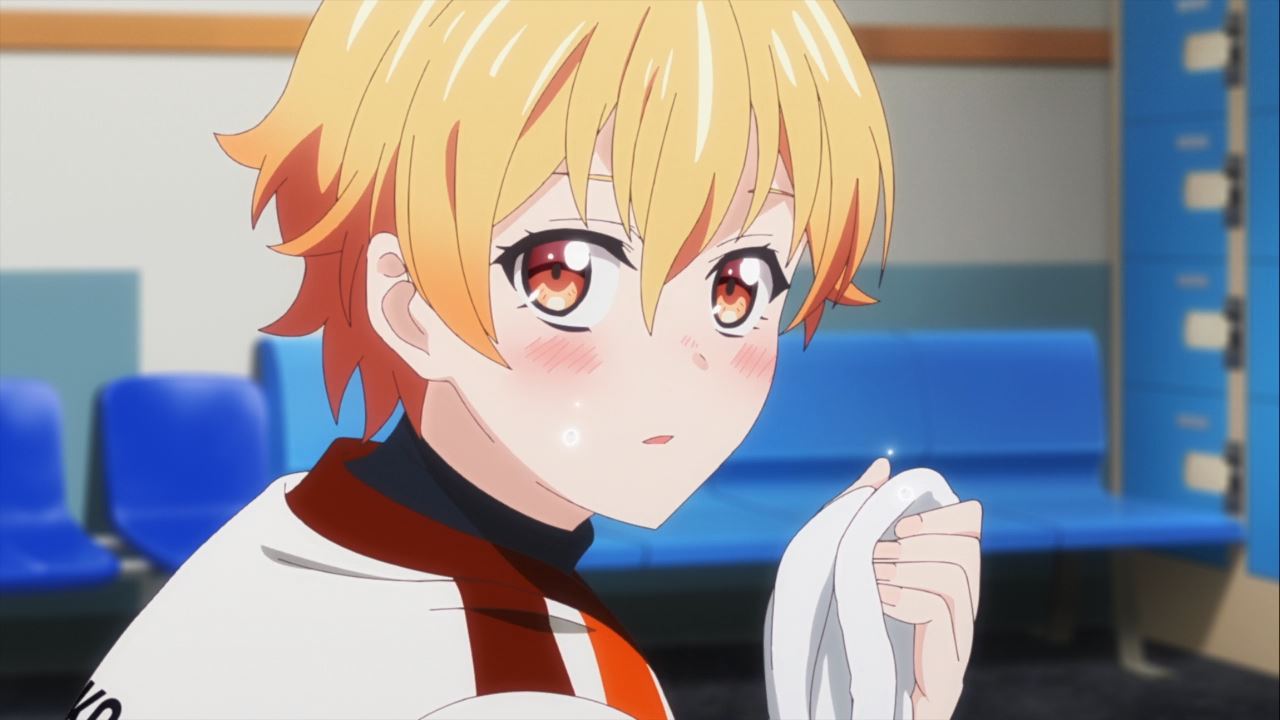 That’s until she saw Riko Saginuma where she’s crying over her injury. Seeing Riko frustrated hurts my heart, but Naomi doesn’t want her childhood friend to be in a pathetic state anymore. 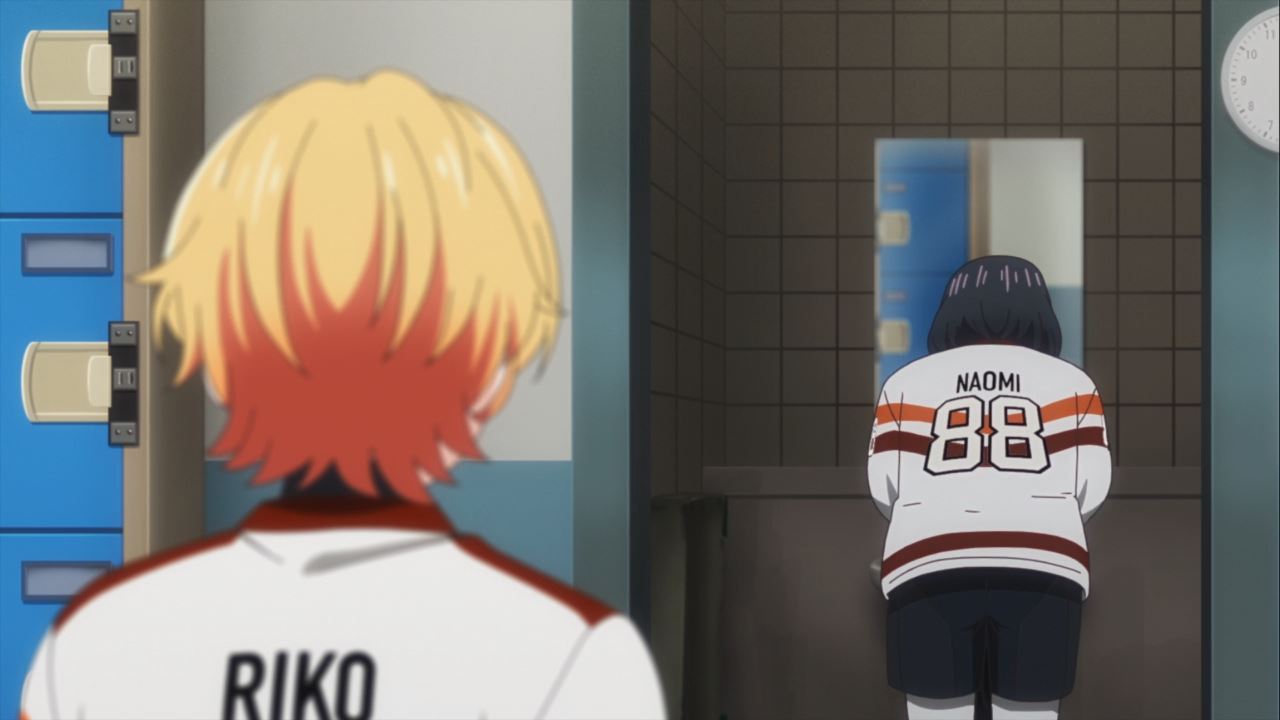 In any case, looks like Naomi Takagi washes her face as she’s determined to turn this game around. 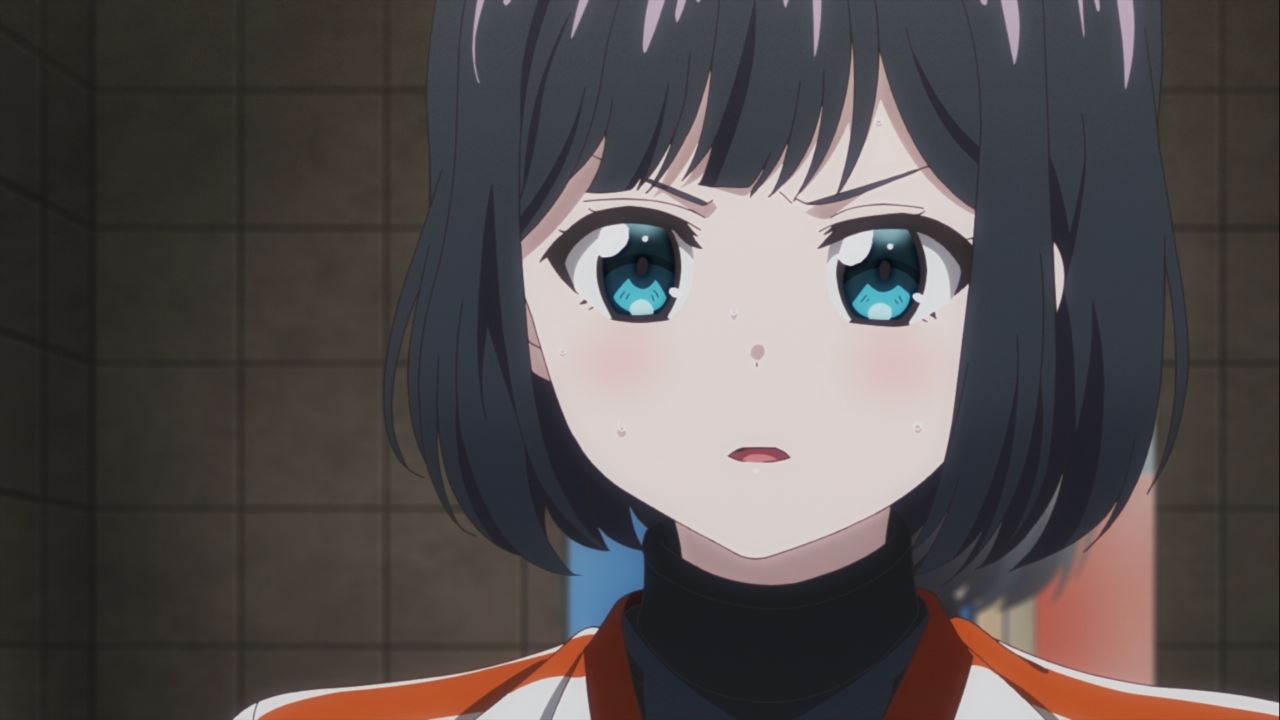 And as you can see, Naomi wants to repay Riko with a victory for the Nikko Dream Monkeys. Then again, I’m worried that they might lose again if they can’t act together. 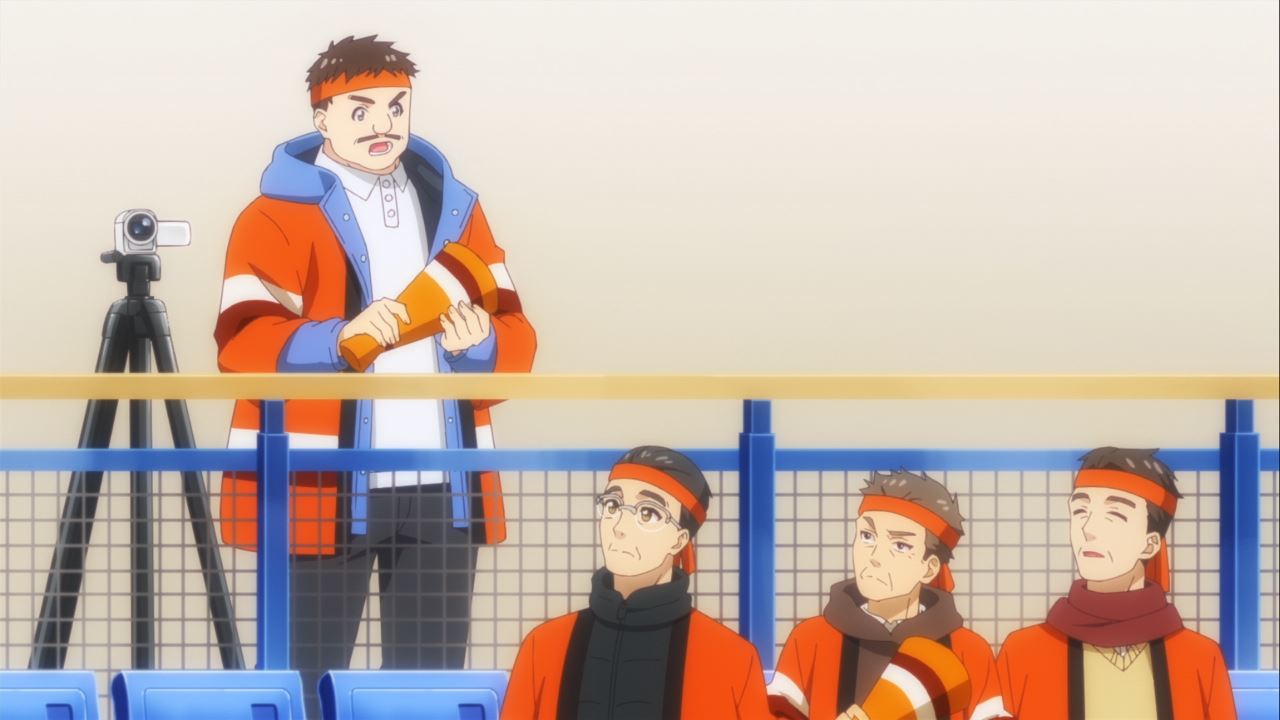 Meanwhile, here’s Nishigori-san where he told his fellow fans to cheer harder as he’s hoping that the Dream Monkeys will win this time. 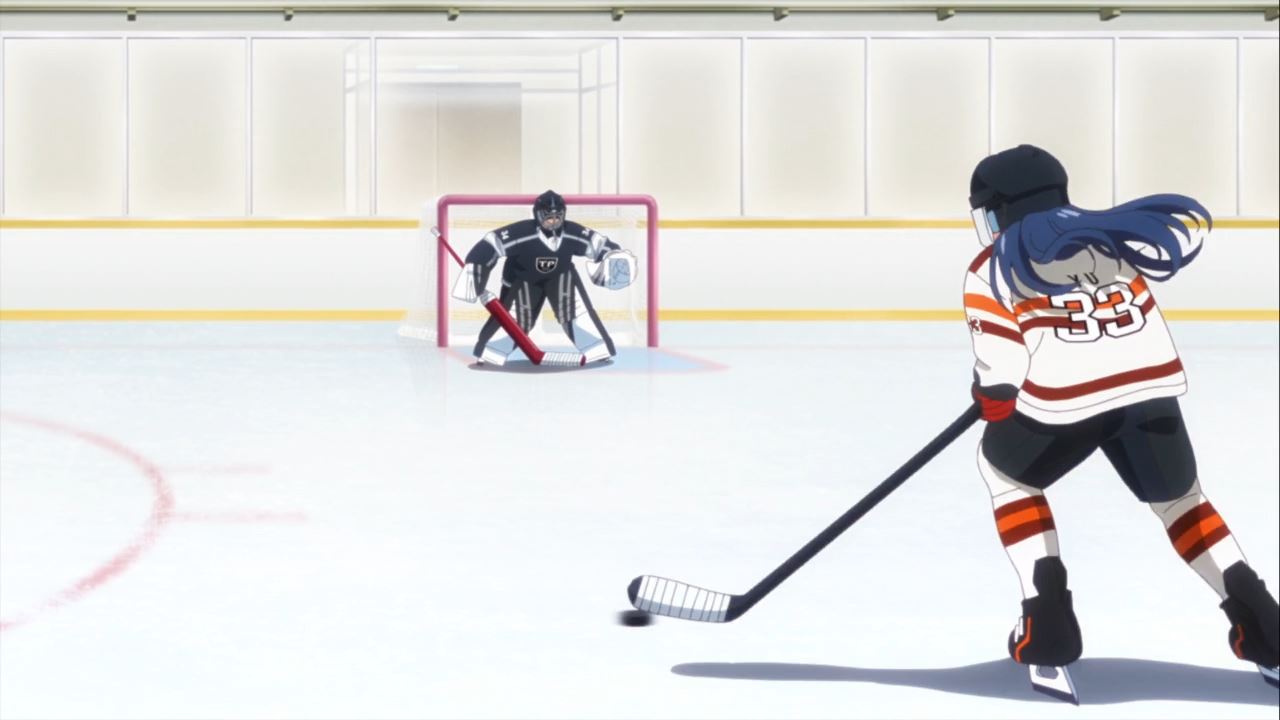 Anyways, the 2nd period has begun where Yu Kiyose take care of the offensive as she slaps the puck towards the goal net. 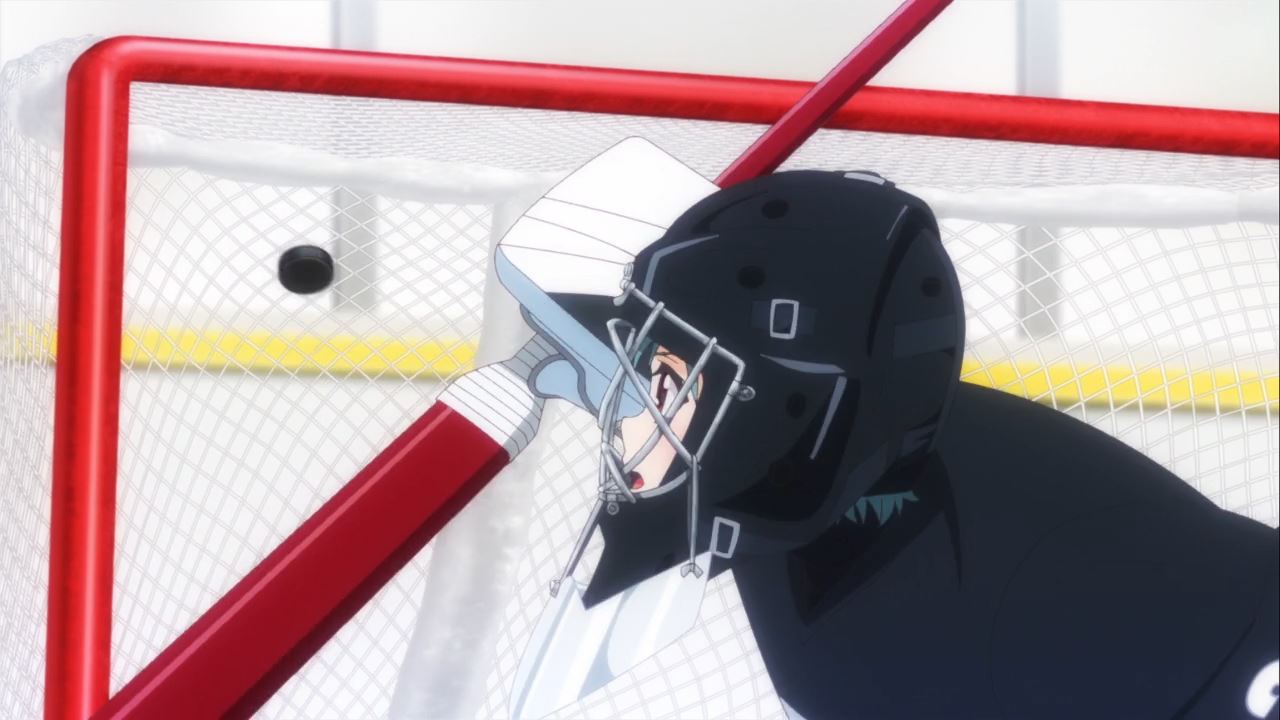 Thanks to Yu-chan’s offensive play, the Nikko Dream Monkeys tied the score against the opposing team. Of course, they can’t afford to take the penalty shootout after playing for 3 periods. 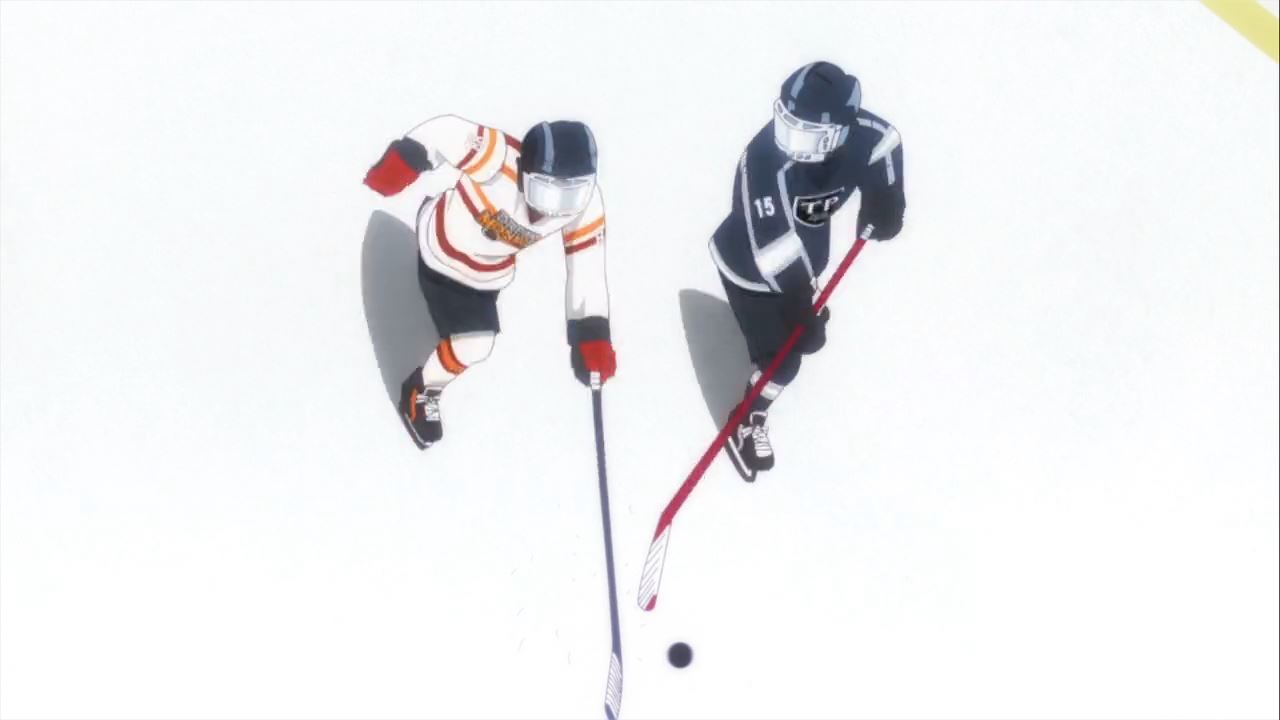 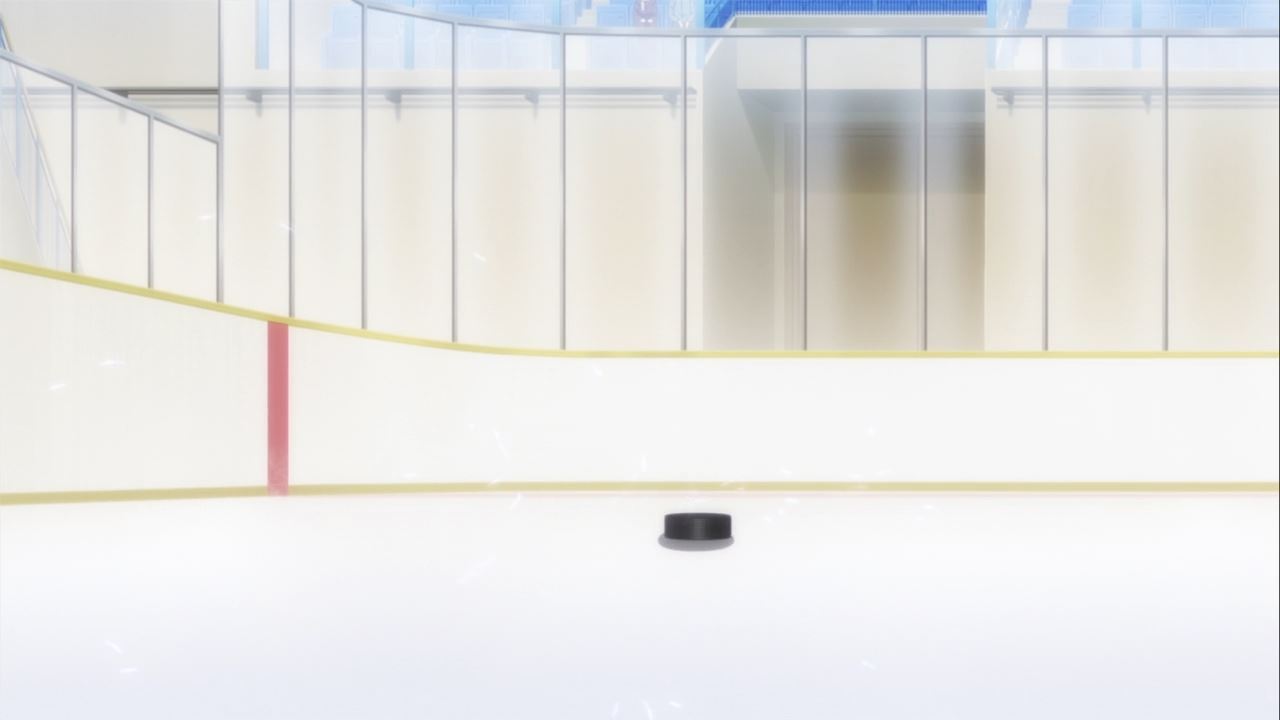 Still in the 2nd period, the visiting team tries to take back their lead, but Naomi Takagi slaps the puck away from the opposing player. 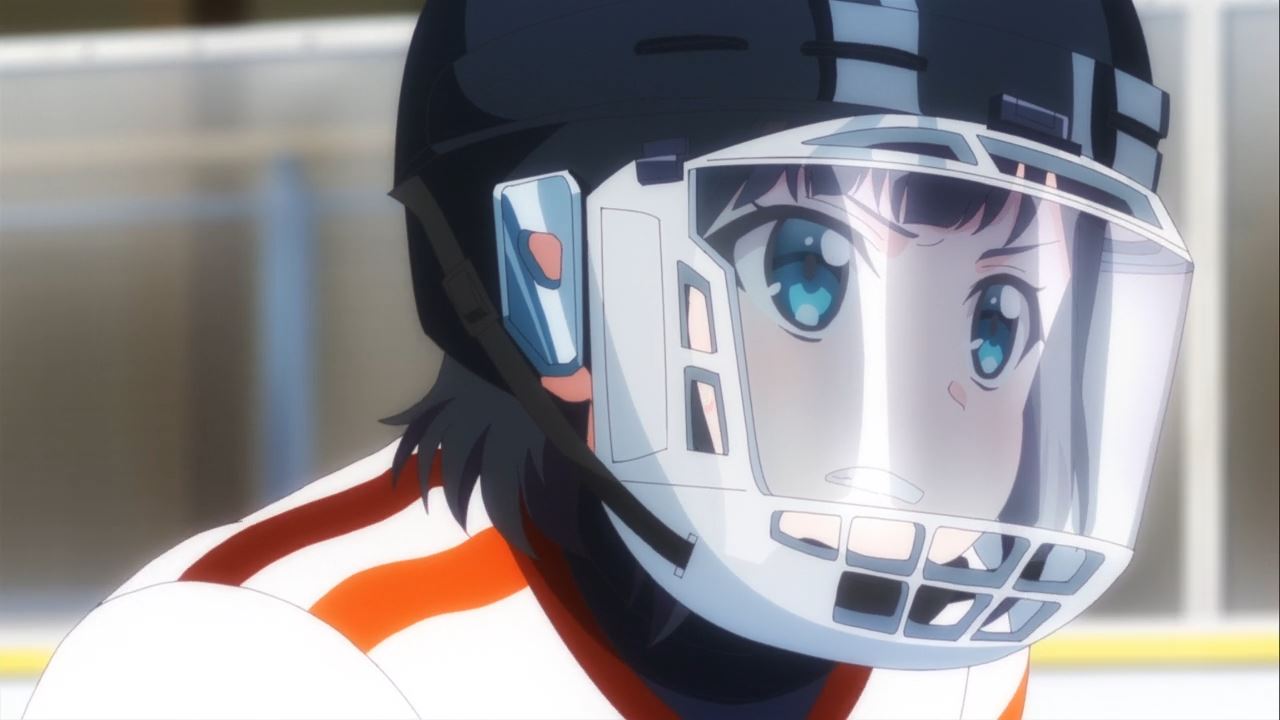 For Naomi, it looks like she’s fully-awakened as she’ll try to win this game for her childhood friend. 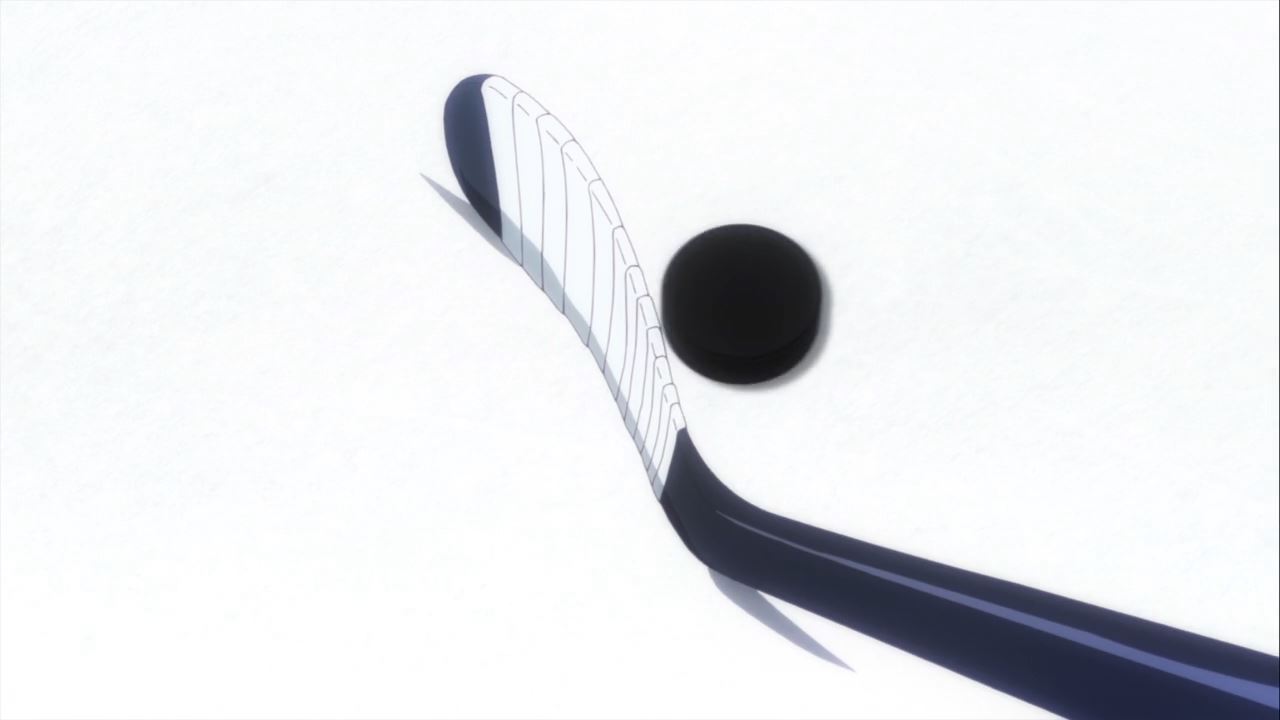 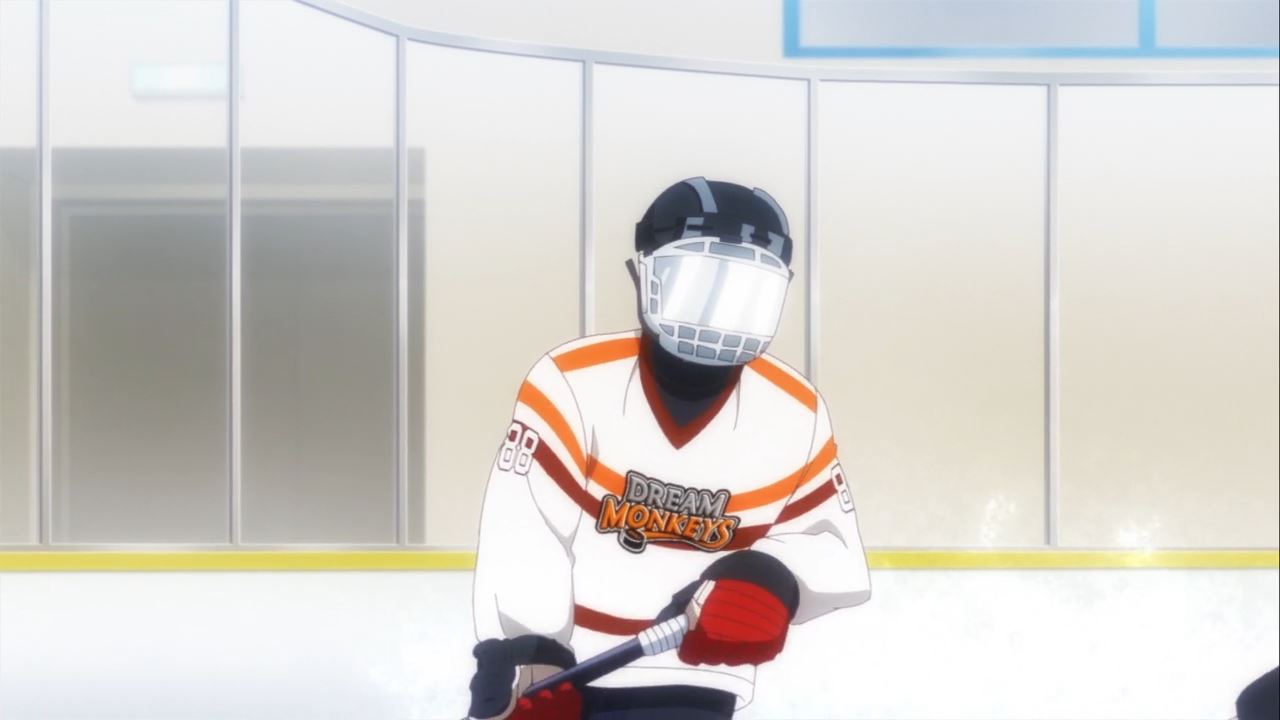 And so, Naomi Takagi takes the puck and passes it to Yu Kiyose to score another goal, but the ace player has other ideas… 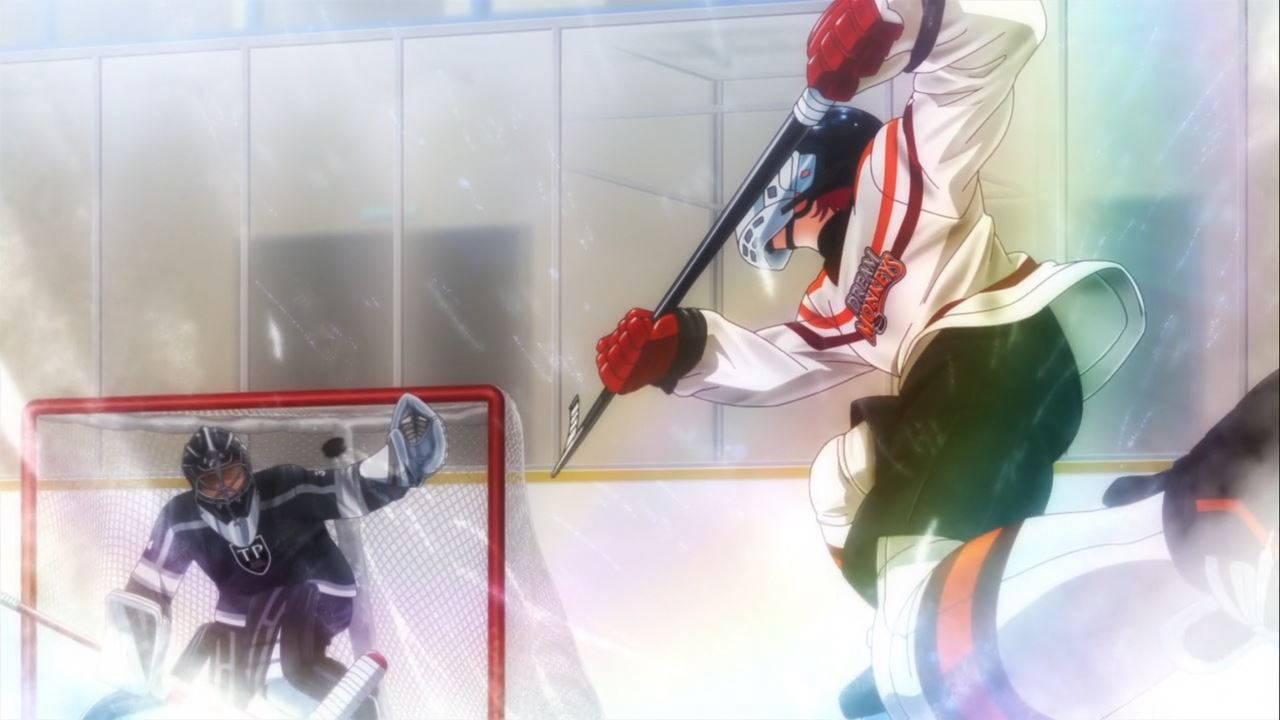 Thus, Yu Kiyose passes the puck towards Manaka Mizusawa so she can score a goal. Fortunately, Manaka managed to send the puck towards the opposing goal net, which turned out to be the winning goal. 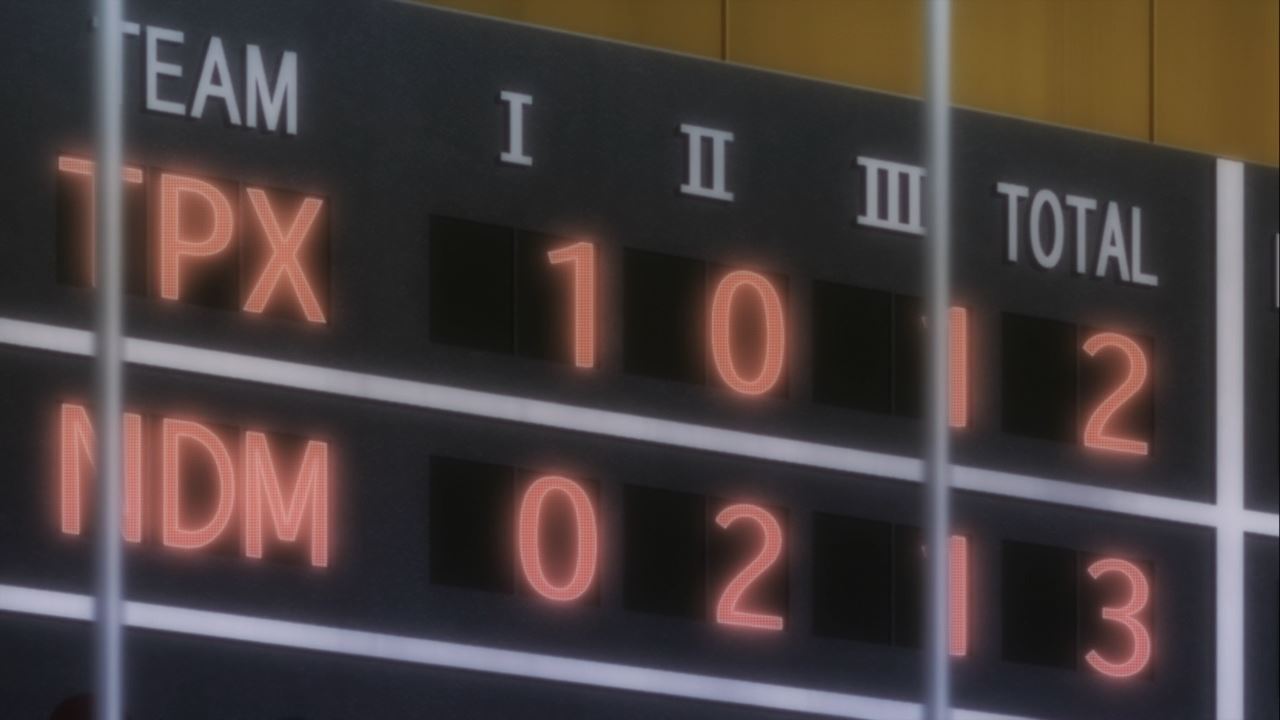 Anyways, the Nikko Dream Monkey won a match over the visiting team with the score of 2-1, a great improvement over their previous match. 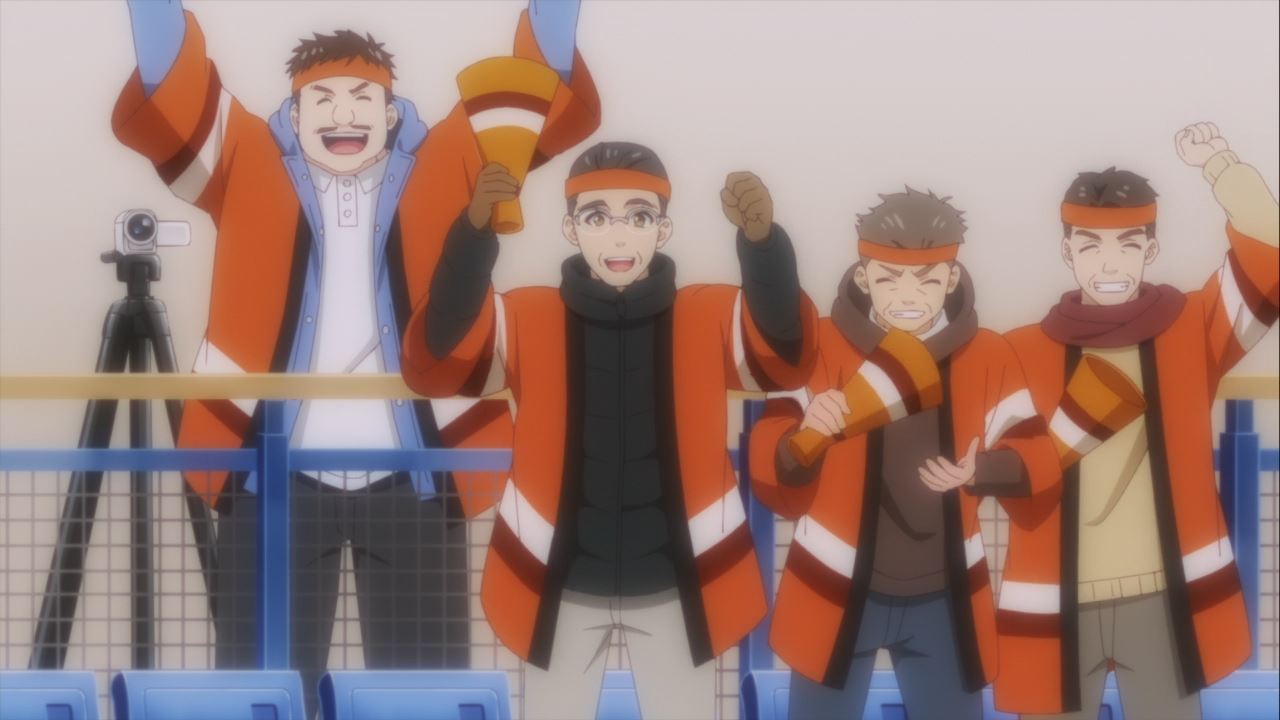 For Nishigori and the rest, they’re happy to see their team achieve their first victory, although they still have a long way to go before promoting to the first division. 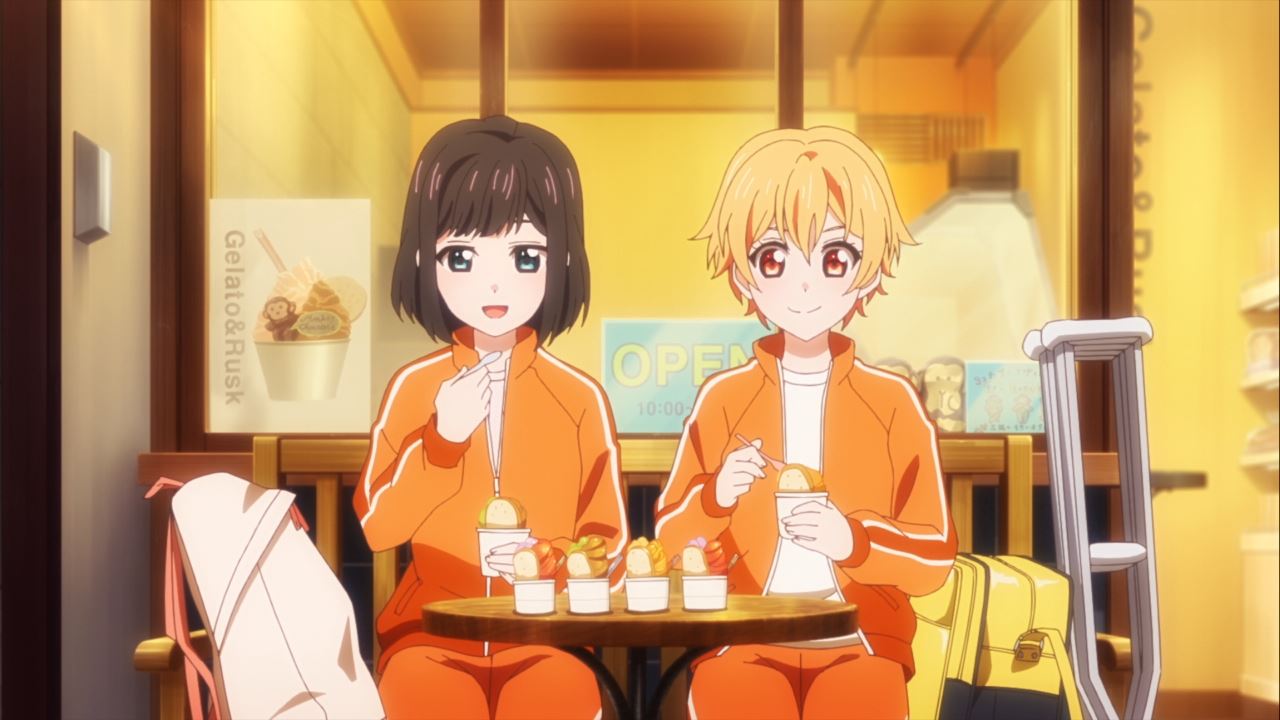 But for Naomi Takagi, she really changed a lot thanks to Riko Saginuma where she’s determined to become a brave a reliable team player to not only her childhood friend, but the entire Nikko Dream Monkeys.

And that’s about it for this episode as the Nikko Dream Monkeys are ready to take on various teams in order to promote to the top division of ice hockey. Of course, there’s the Kushiro Snow White where they’re poised to return to A Division, although they can’t rely on their ace player Maya Walker too much.

Well then, I’ll see you next time where Manaka Mizusawa is very excited to see an old friend returning to Nikko.