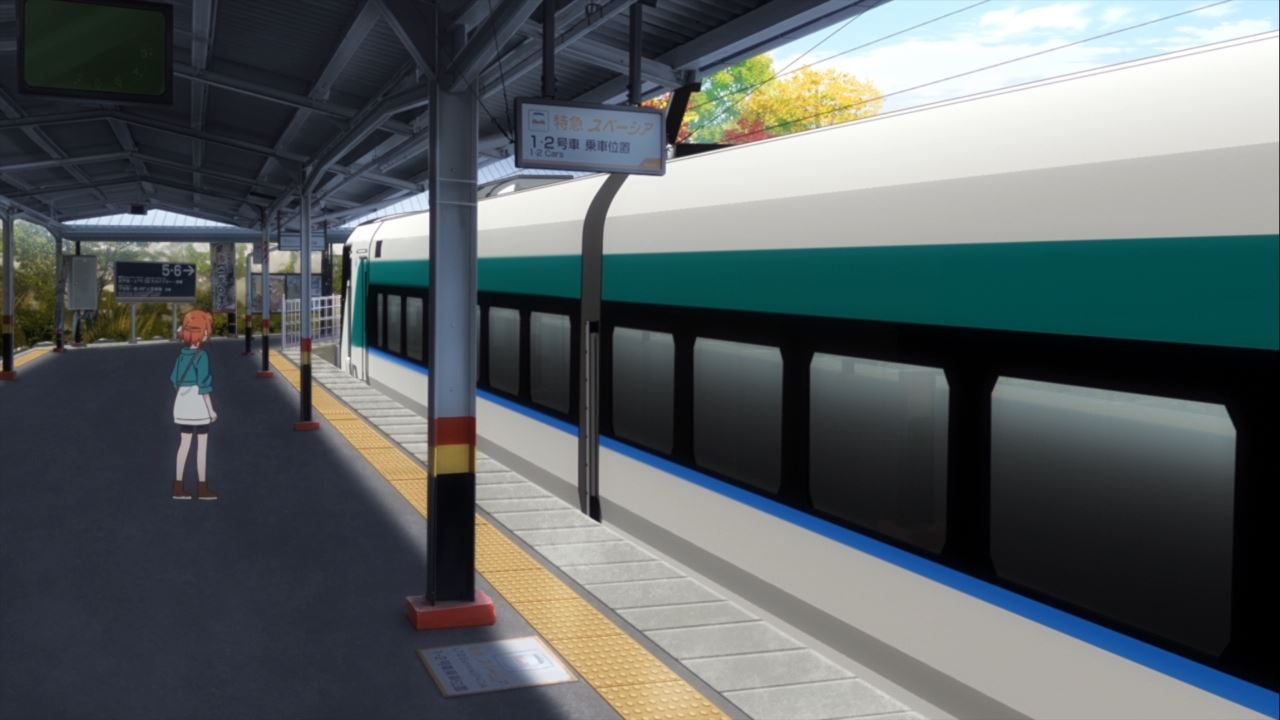 On this episode, Manaka Mizusawa is excited to see a familiar friend, one where she was originally a member of the Nikko Dream Monkey. 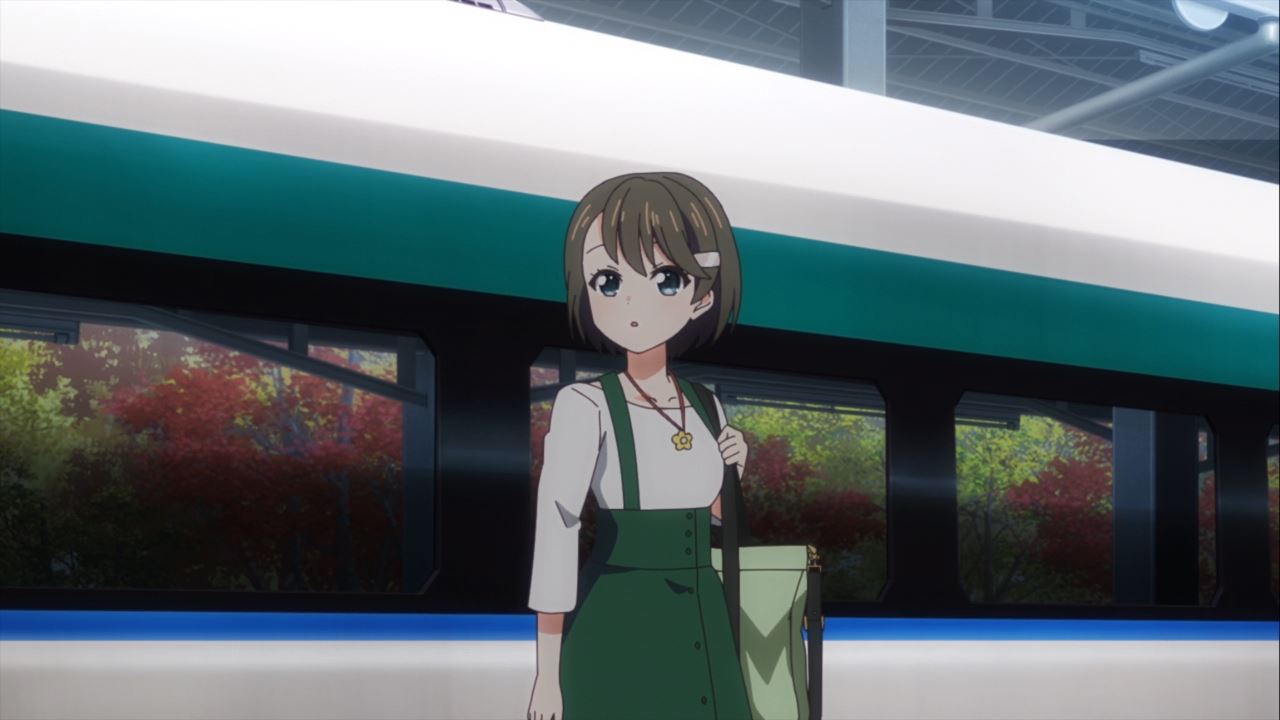 That’s right, I’m talking about Mami Ono where she arrived in Nikko to see Manaka and her friends after a year in Tokyo. 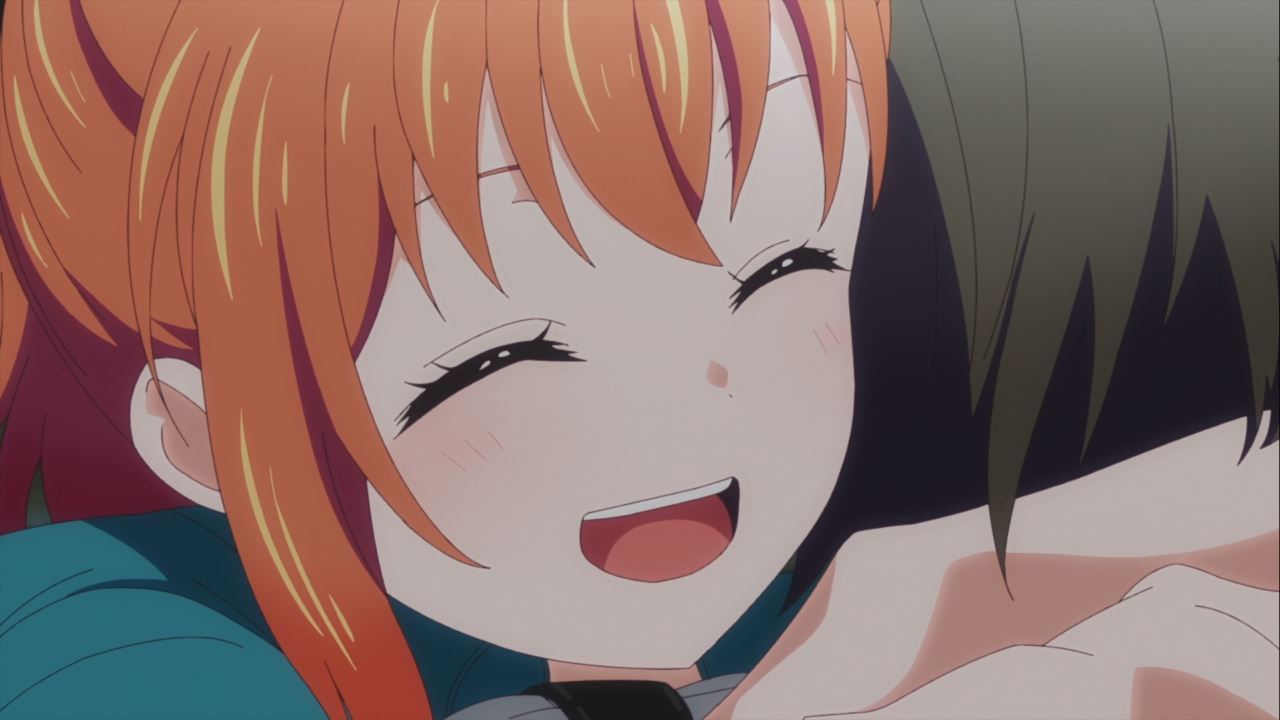 For Manaka, she’s really happy to see Mami again as she wants to know if her childhood friend is doing well in the big city. In fact, Manaka heard that Mami joined a powerhouse of a team in Tokyo. 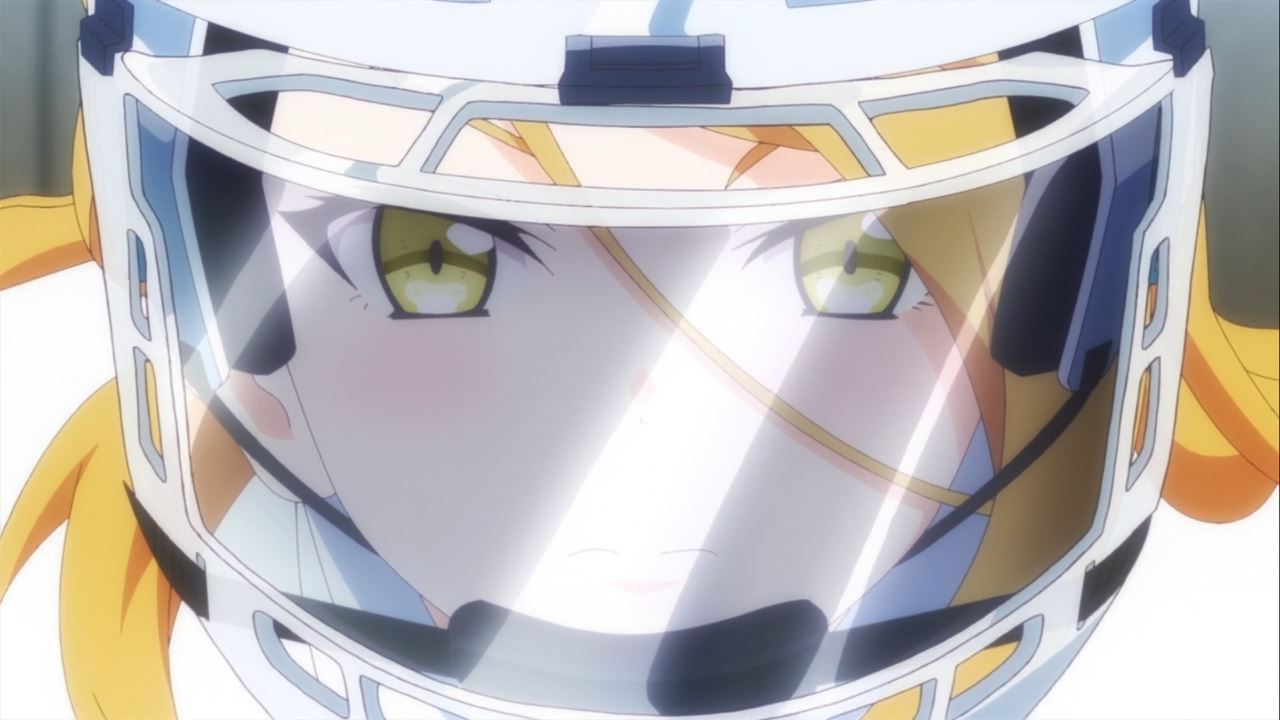 Meanwhile, let’s move onto the Kushiro White Snow where Maya Walker is carrying the team effortlessly. C’mon, she’s one phenom of a ice hockey player from Canada! 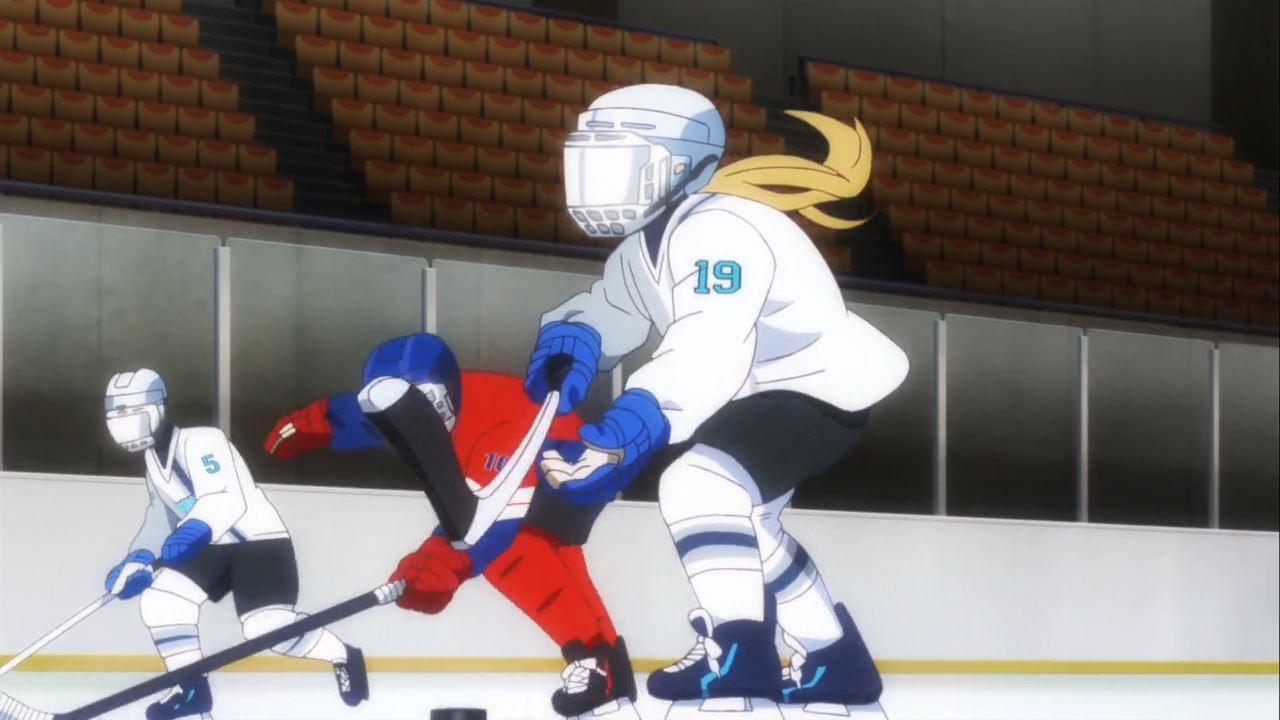 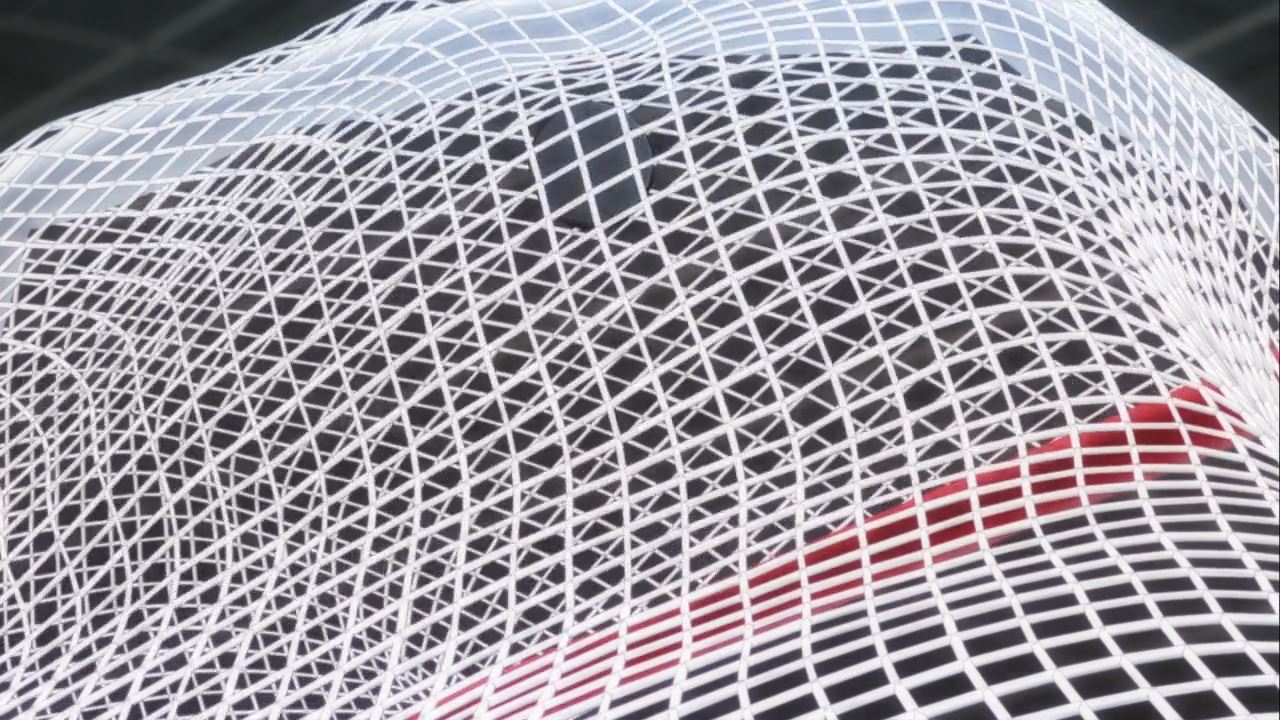 In fact, Maya scored most of the goals during the 8-4 thrashing over the Polar Bears ice hockey team. But yes, Kushiro Snow White will return to the A Division if they keep on winning games. 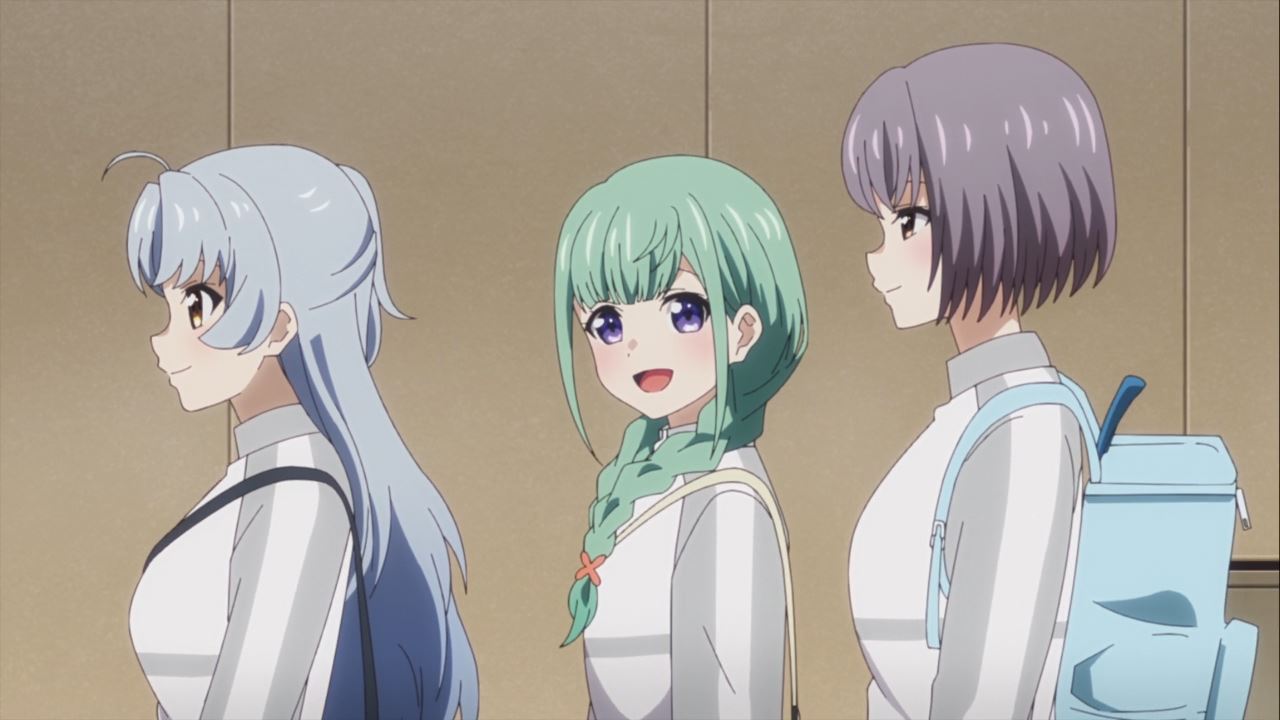 Heck, even the team members felt a sigh of relief that their promotion is guaranteed when Maya Walker is carrying Kushiro Snow White.

Of course, having a star player leading the team might be good and bad ’cause even though Maya is amazing in her own right, the rest of the team might put the same effort as their ace player should Maya got penalized or even injured. 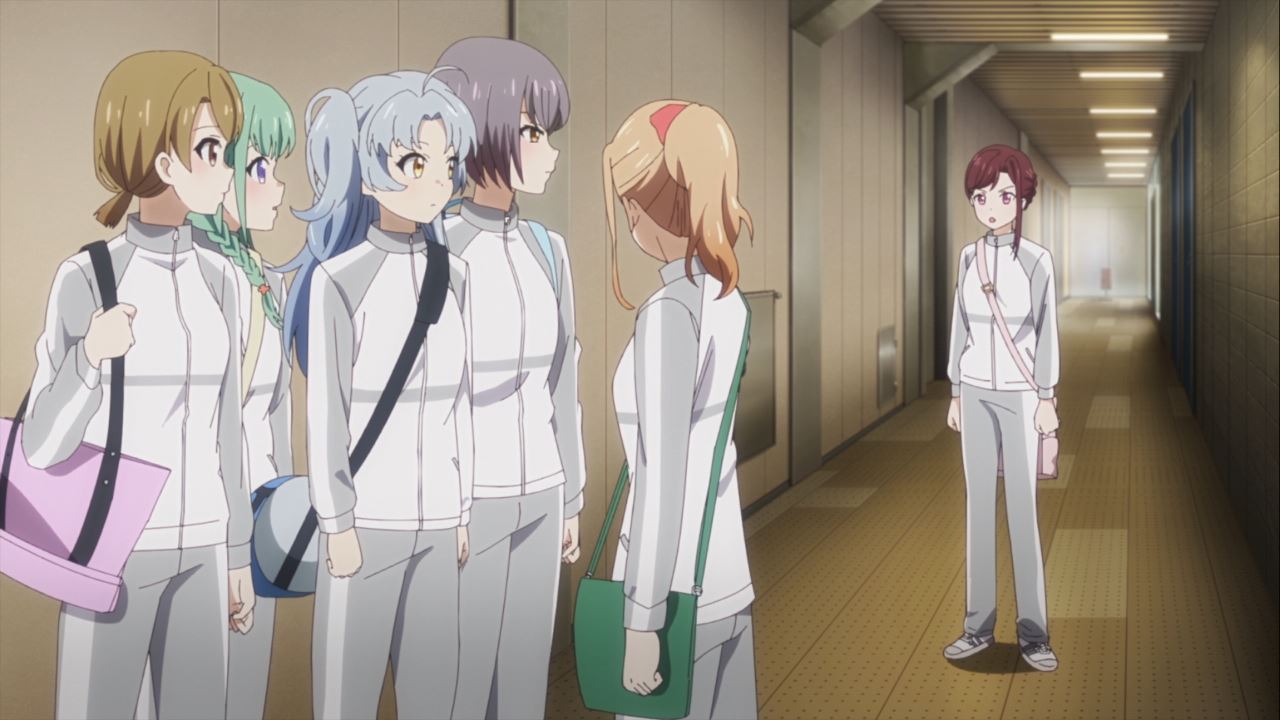 Heck, even Eri Yamanaka complained that using Maya Walker alone is not enough to move up to the top division. Well, I have to say that Eri realized that Yu-chan is right that the rest of the team rely on their star player to win games.

Oh, and it gets worse when Kushiro Snow White will play against the Nikko Dream Monkeys to qualify for the A Division. All I can say is that it’s gonna be a tough match for sure! 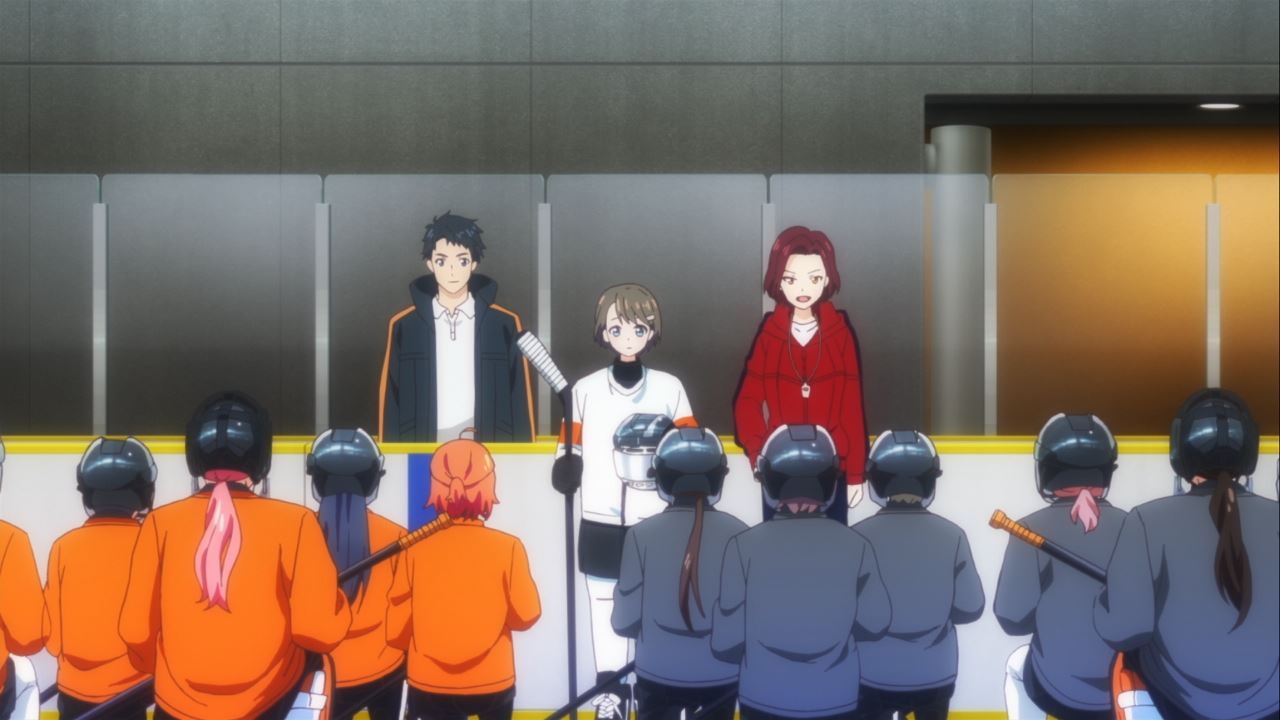 For now, it’s time for Yoko Matsunaga to introduce Mami Ono to the rest of the Nikko Dream Monkeys where she’s actually a reserve player for West Tokyo Ice Rabbits.

Oh yeah, the West Tokyo Ice Rabbits is one of the strongest teams in the A Division which is why Mami is lucky to be part of that ice hockey team. 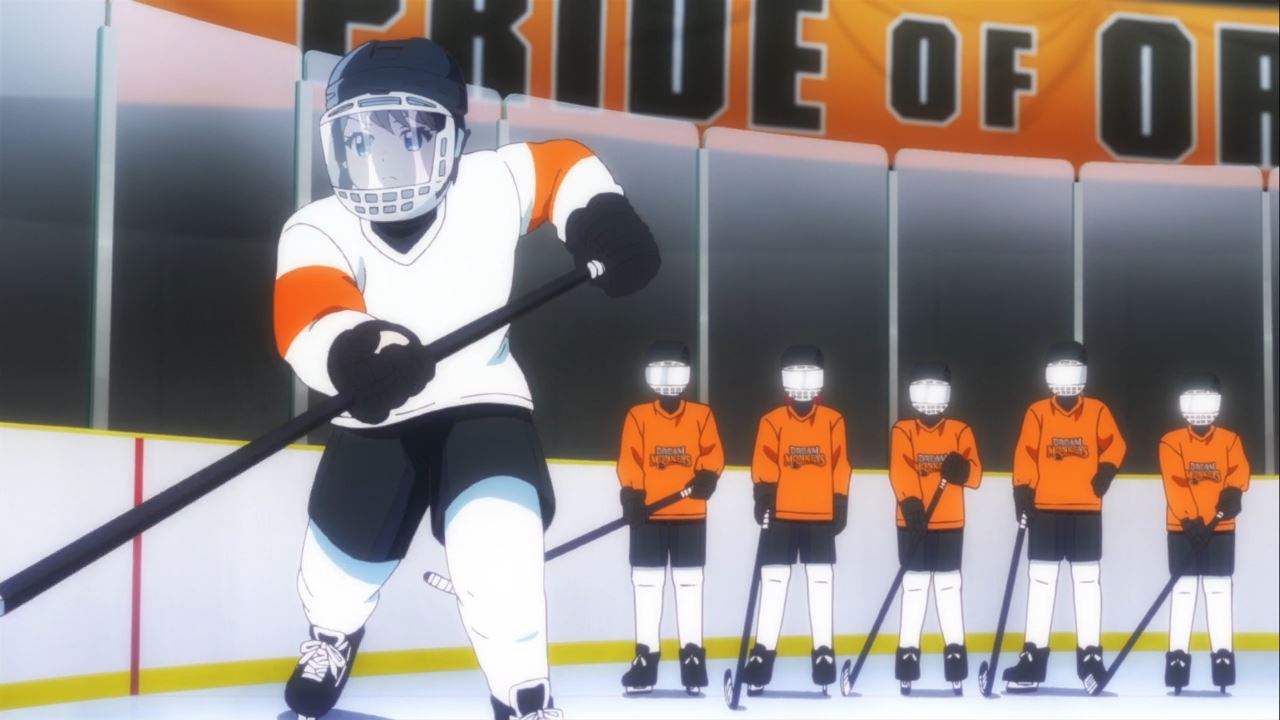 And here’s Mami-chan where she shows her stuff and while I’m happy to be part of the Ice Rabbits, I wish the coach should give her a chance to play some games ’cause it would be best for Mami Ono to get some experience. 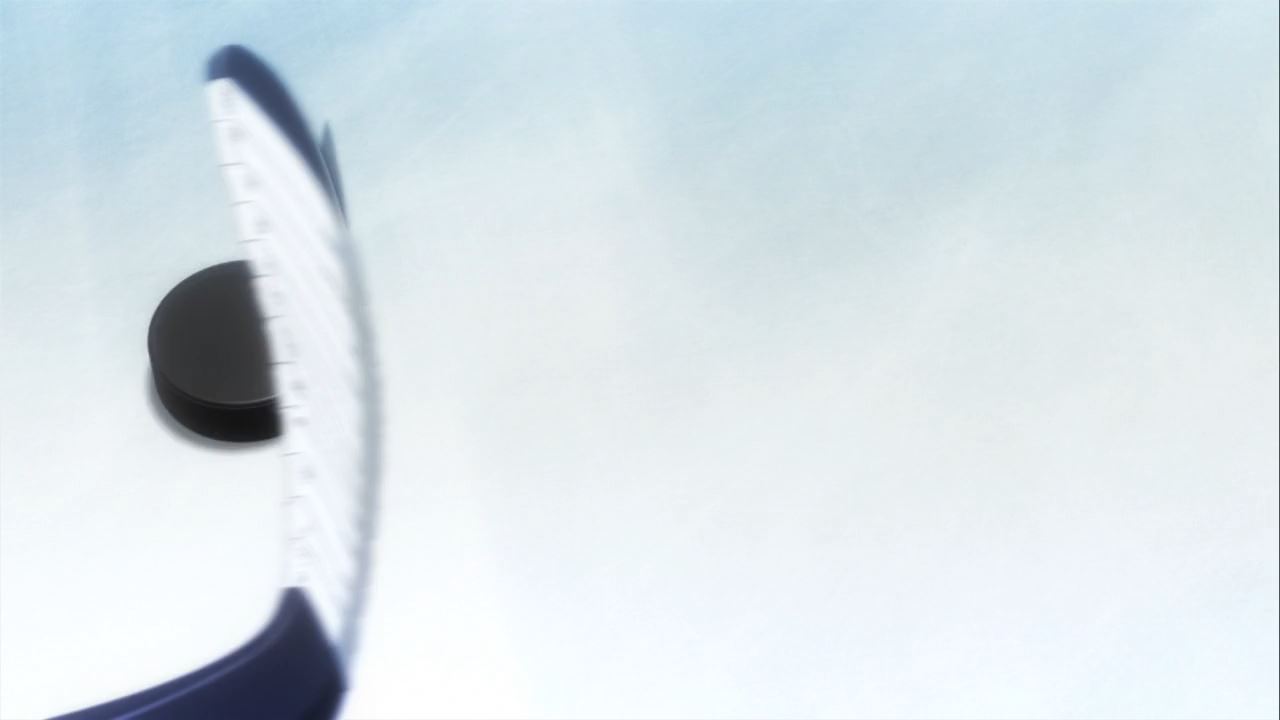 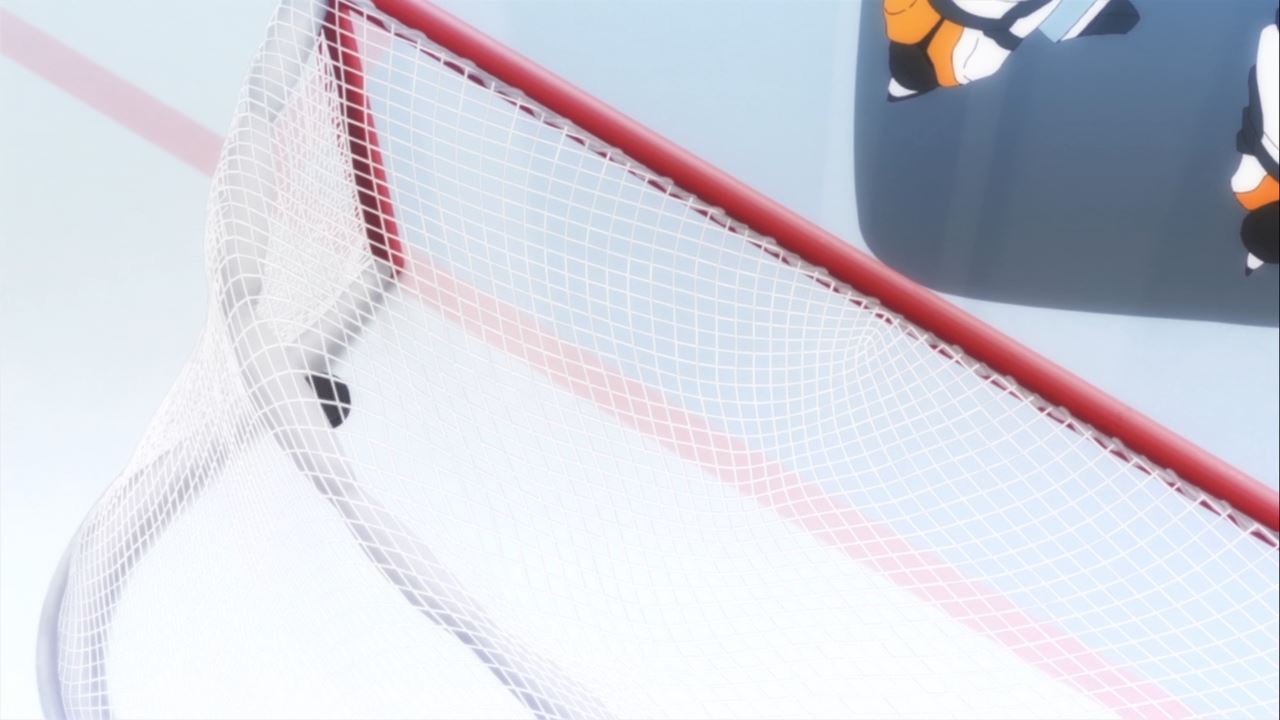 Anyways, looks like Mami Ono put up a good show as she sends the puck towards the goal net. Not bad for this reserve player. 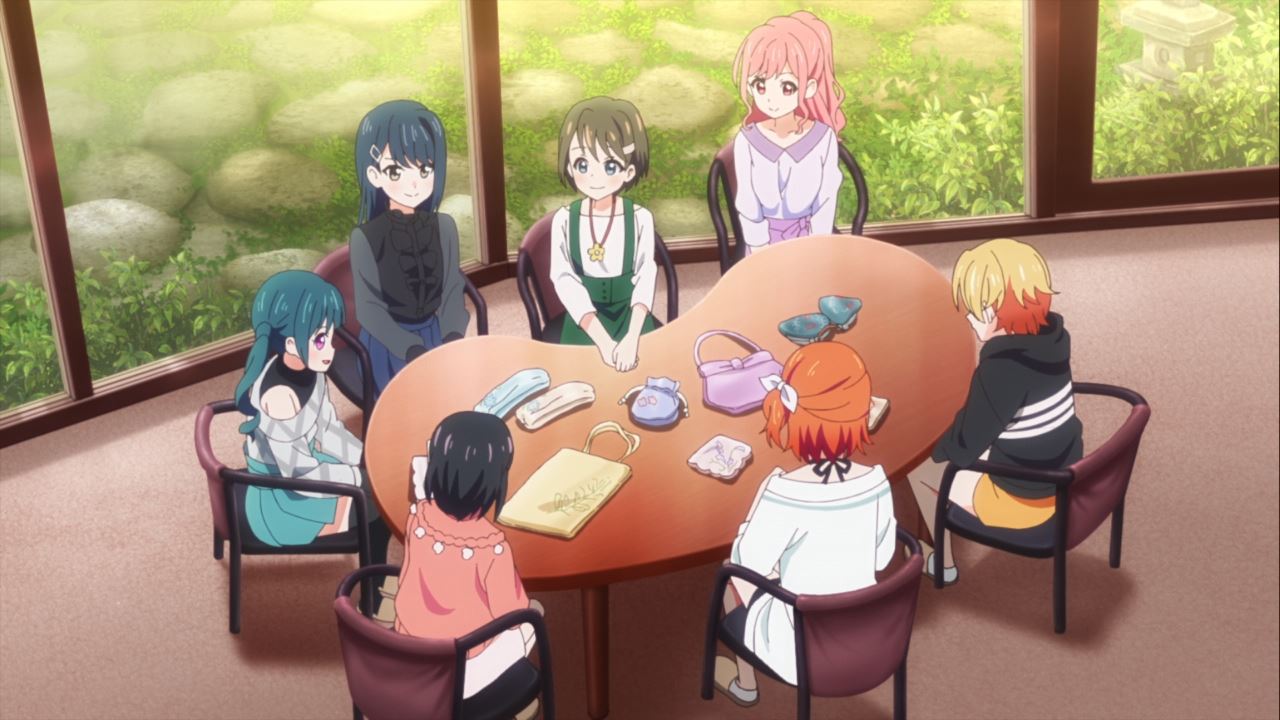 Afterwards, Manaka Mizusawa and the rest spend their time reminiscing the past with Mami Ono, including the time where they’re known for their embroidery.

Speaking of embroidery, Mami can still stitch some elaborate patterns even after she focuses on playing ice hockey. 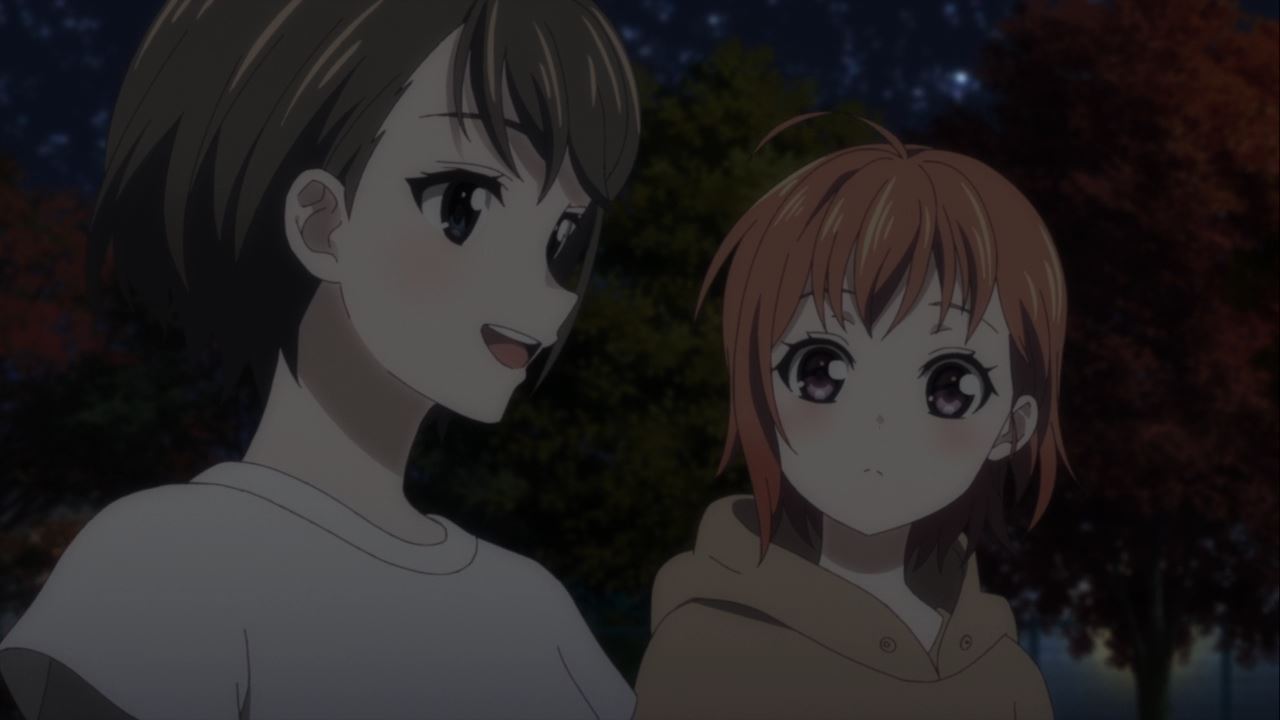 But let’s move onto Mami Ono where she told Manaka Mizusawa about stopping her ice hockey career at one point upon moving to Tokyo.

However, it seems that she’s not gonna stop playing ice hockey thanks to Manaka and her friends in which Mami rekindles her passion to play the sport. 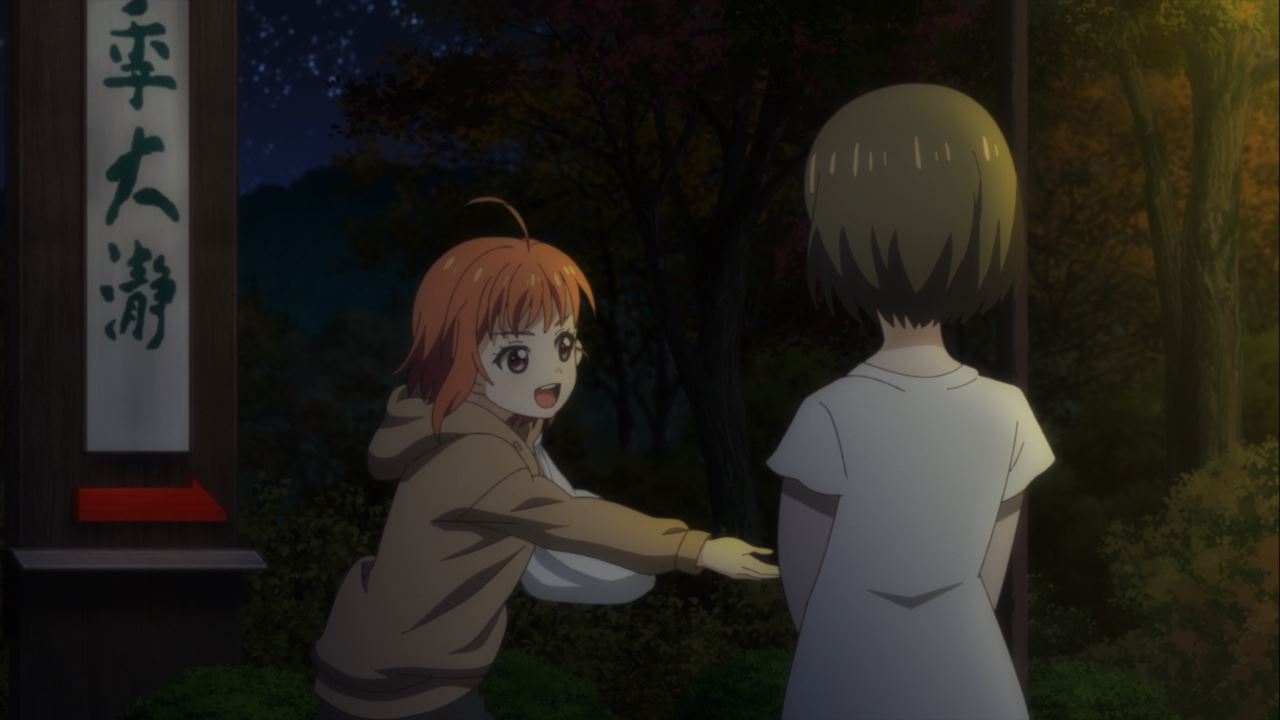 And speaking of Manaka Mizusawa, she was impressed by Mami Ono’s growth where she managed to slap the puck towards the goal net. C’mon, there’s no way Mami will quit as she’s improving a lot. 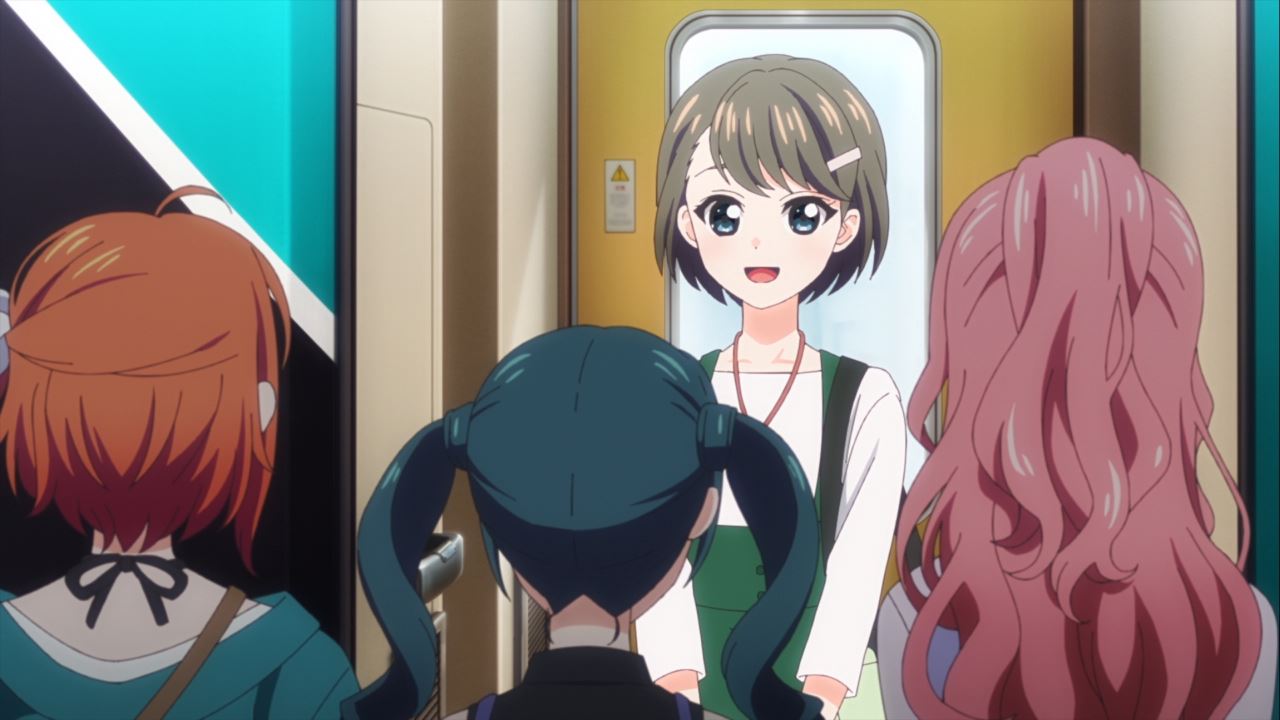 But that’s about it for Mami Ono as she’s about to return to Tokyo. Let’s hope that she’ll become a regular player for the West Tokyo Ice Rabbits soon as Mami is looking forward to see Manaka Mizusawa and the rest in the top division. 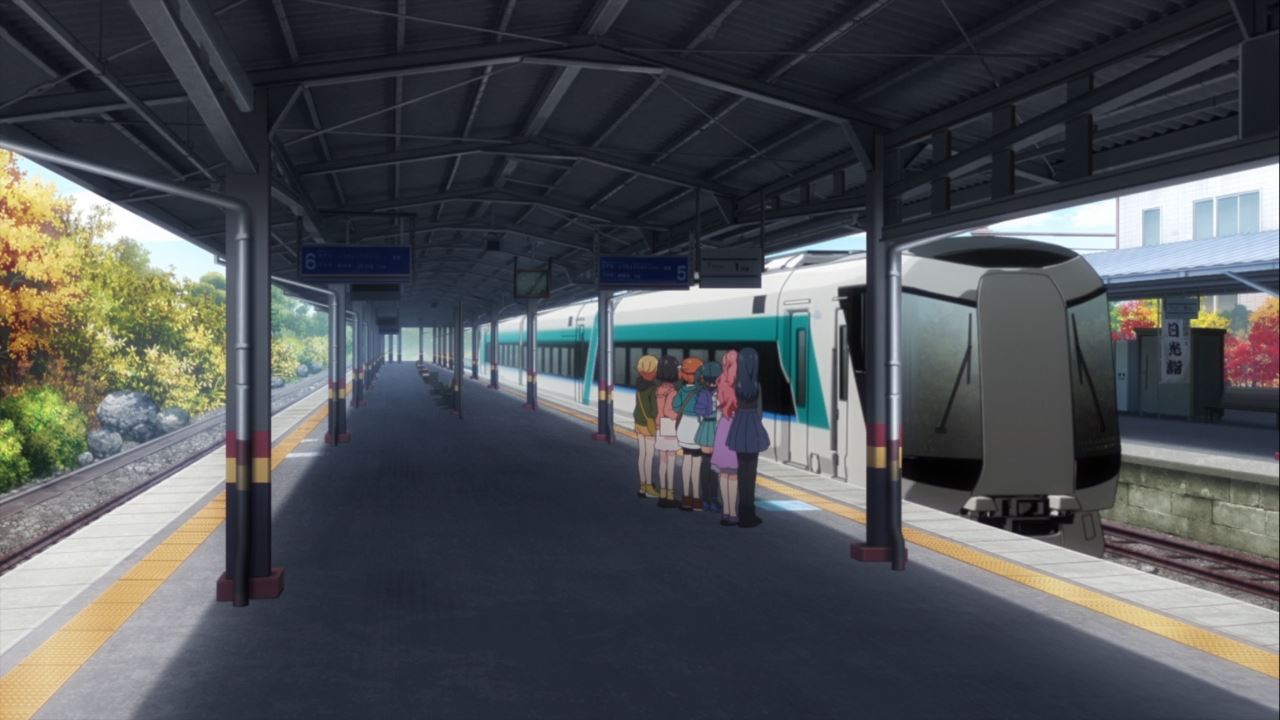 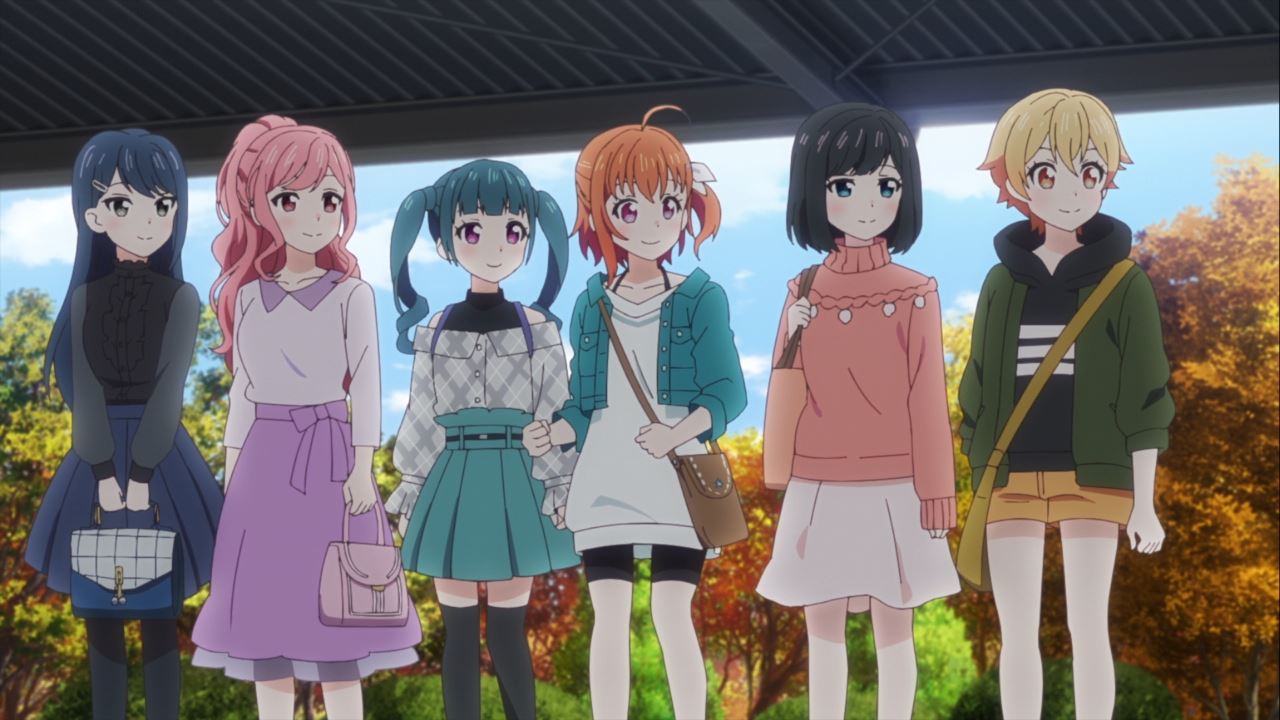 And so, the train has left the station as Mami Ono will return to Tokyo. For Manaka and the rest of the Nikko Dream Monkeys, they’re gonna do their best to beat Kushiro Snow White and move onto the A Division. 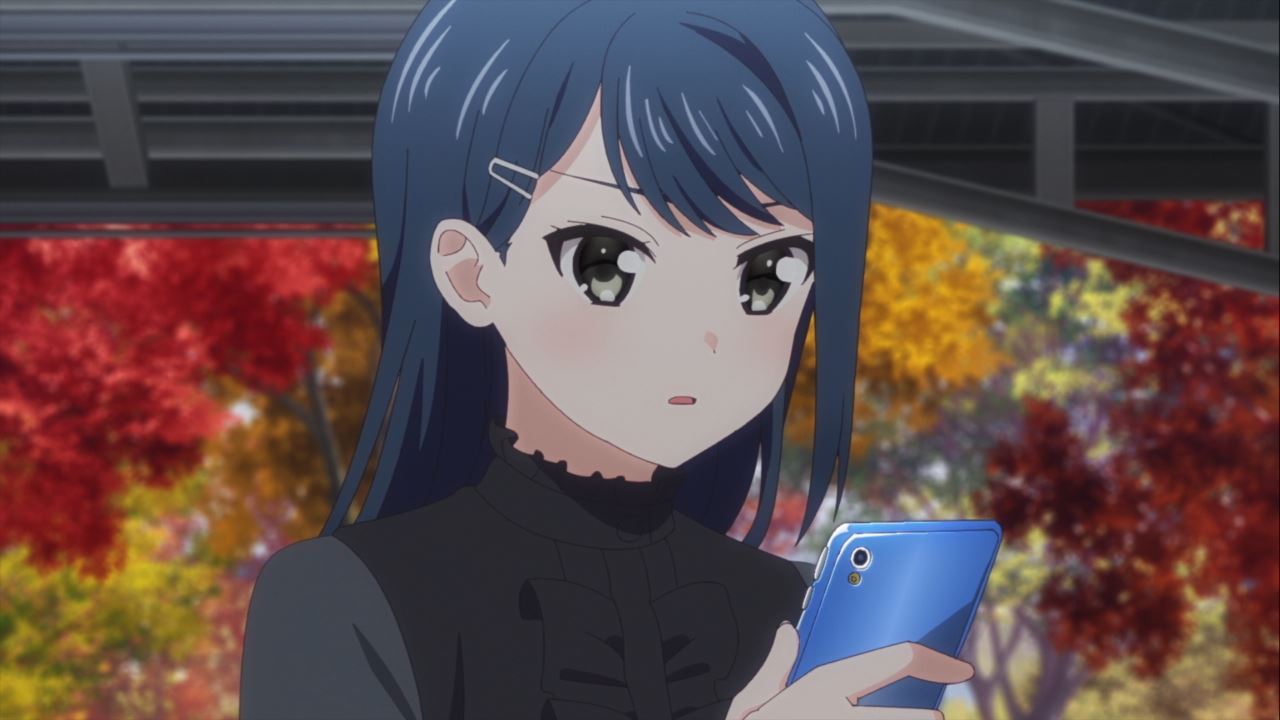 However, it appears that Yu Kiyose receives a call from someone she used to know. Who could that person be? 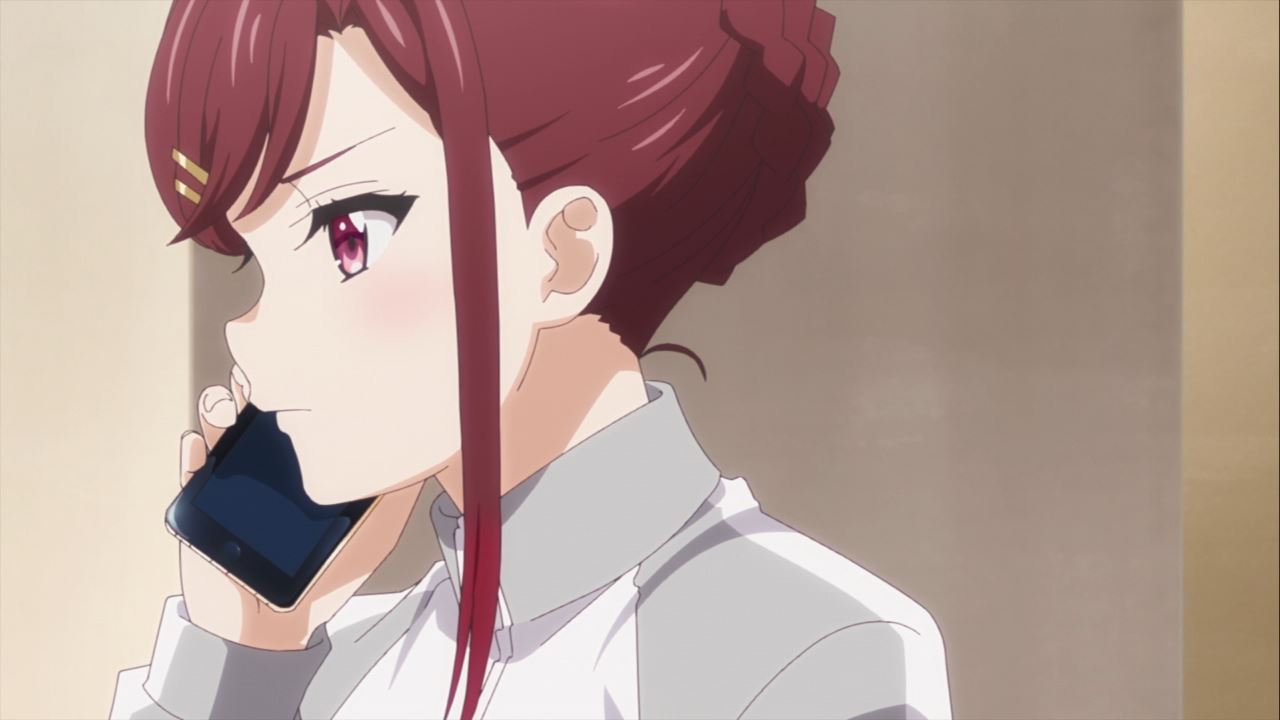 Why it’s none other than Eri Yamanaka where she calls Yu-chan to talk about her problems regarding the Kushiro Snow White ice hockey team. Then again, I think their conversation might not end well for these two former teammates.

Anyways, tune in next time where both Kushiro Snow White and Nikko Dream Monkeys will face-off soon!