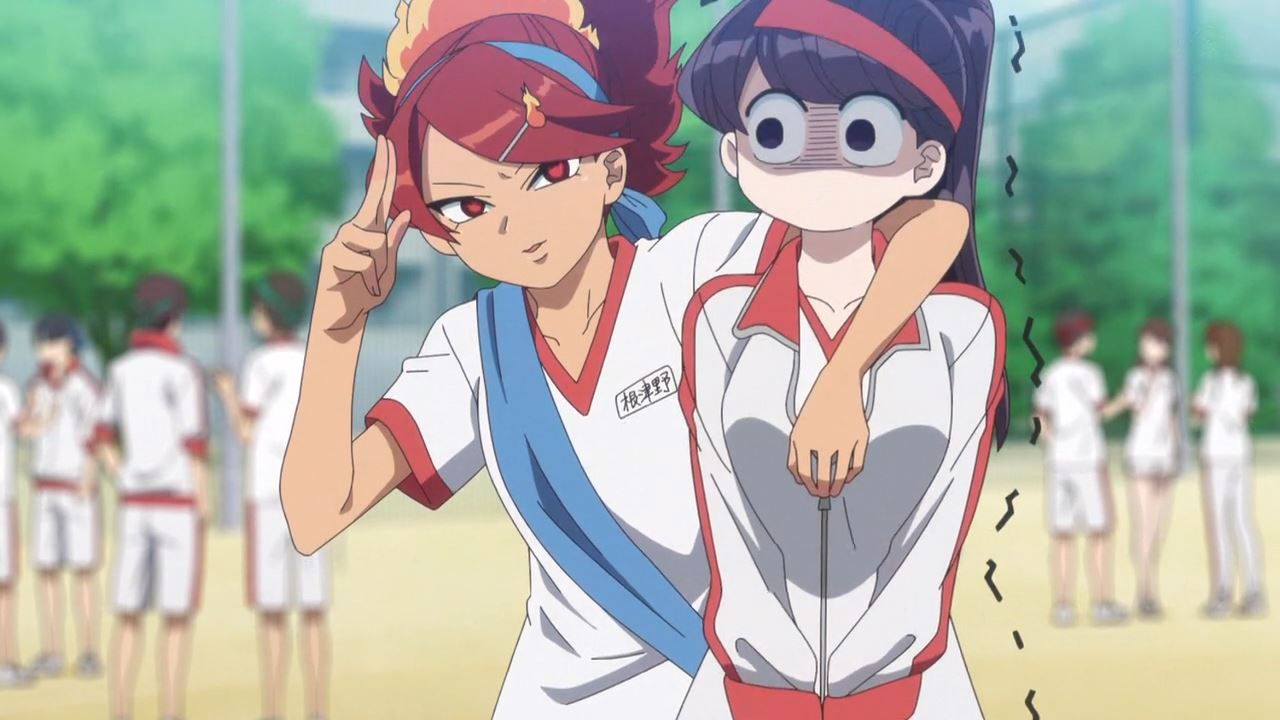 On this episode, Itan Private High School holds a sports festival where everyone is feeling the competitive spirit, including a certain Makeru Yadano where she wants to beat Shouko Komi so badly.

Meanwhile, we have a new character named Chika Netsuno where this hot-blooded student got really close to Komi-san, checking the temperature to see if she’s hot or not. 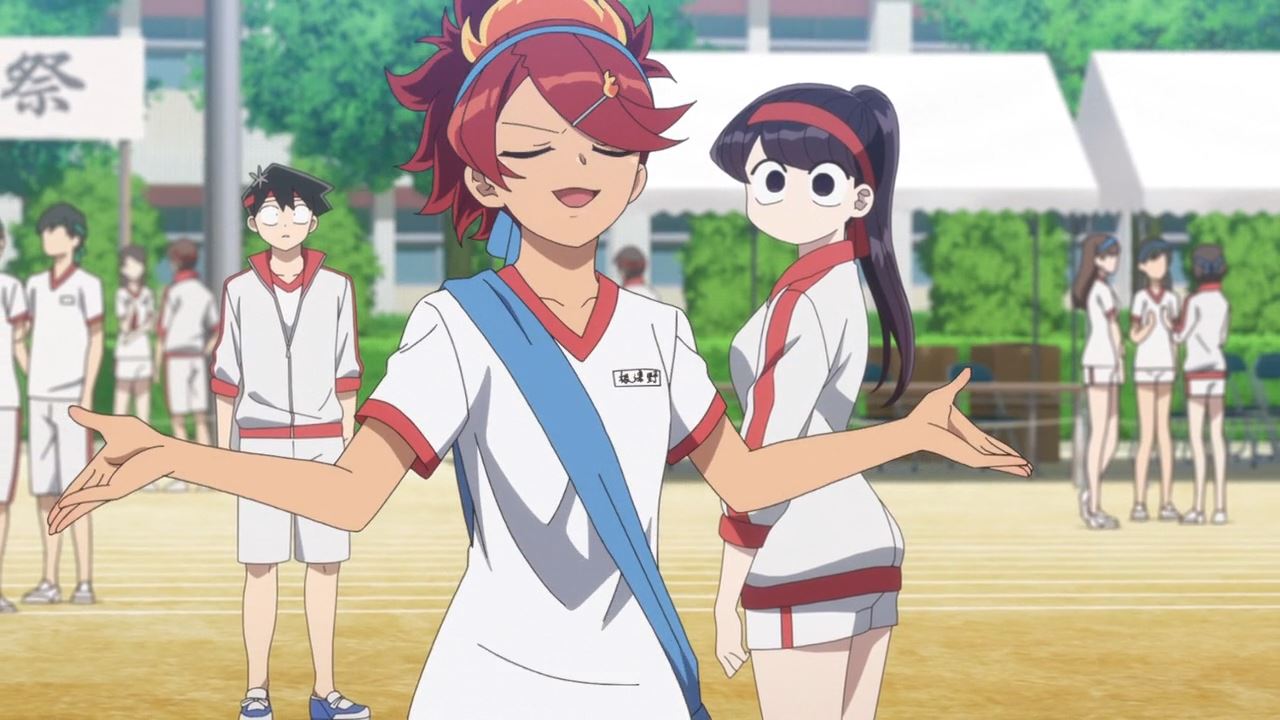 Sadly, Netsuno-san doesn’t feel the heat coming from Komi-san as she left the scene. Well, the thing is that Komi-san got some cold sweat when being approached by Netsuno-san. 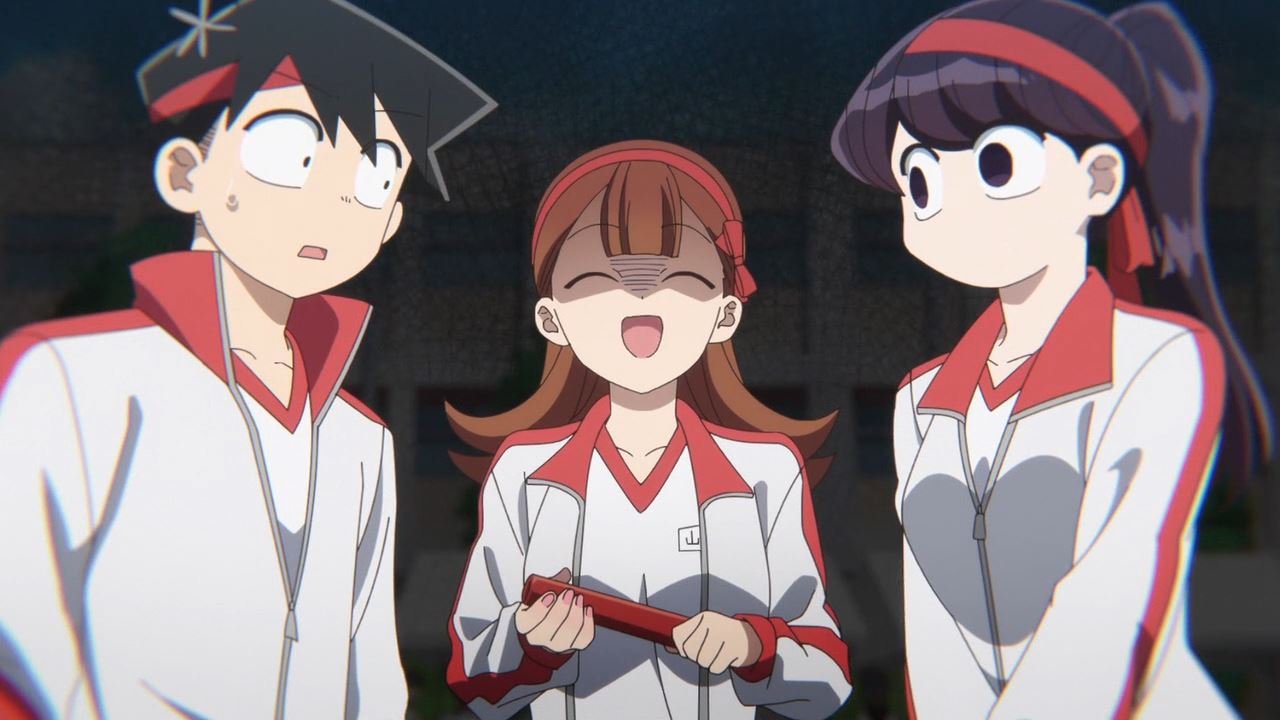 Of course, Ren Yamai won’t forgive Chika Netsuno for getting closer to her goddess as she and the rest of the imperial guard will punish Netsuno-san dearly.

Um Yamai-san, focus on the sports festival instead of committing murder! 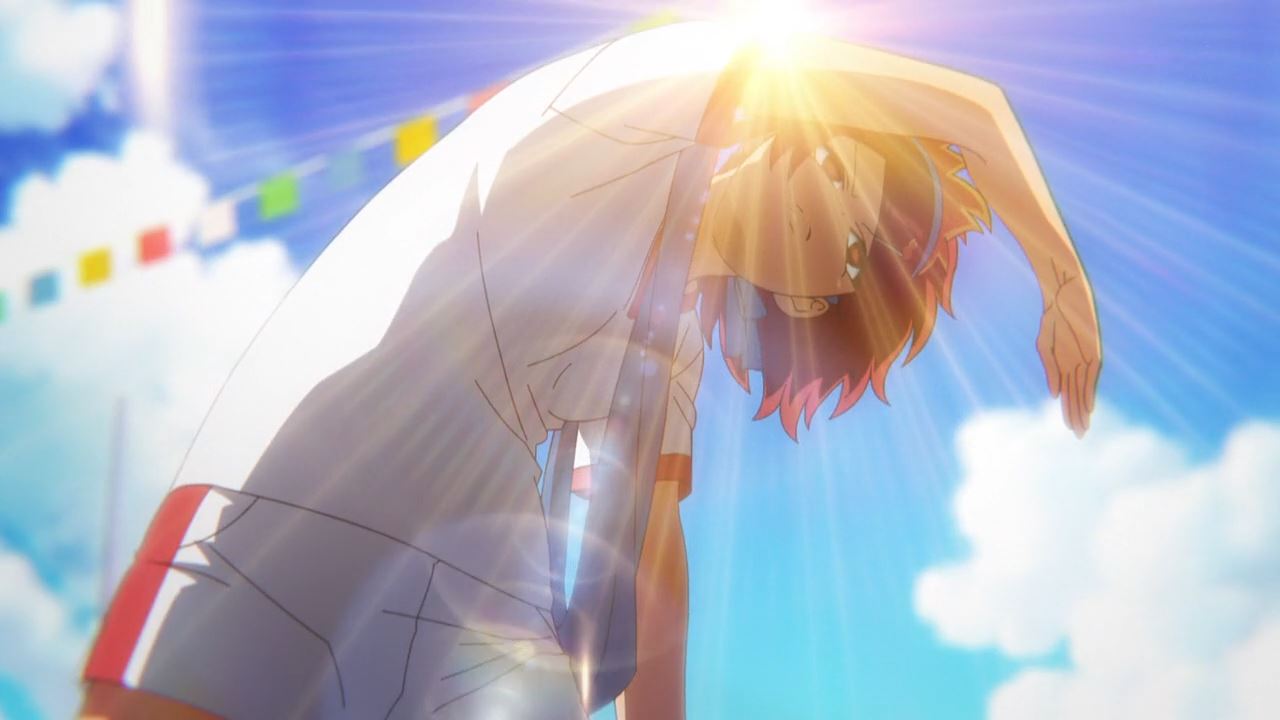 But anyways, here’s Chika Netsuno where she shows her hot stuff during the sports festival. I mean, look at Netsuno-san as she stretches her blazing body. 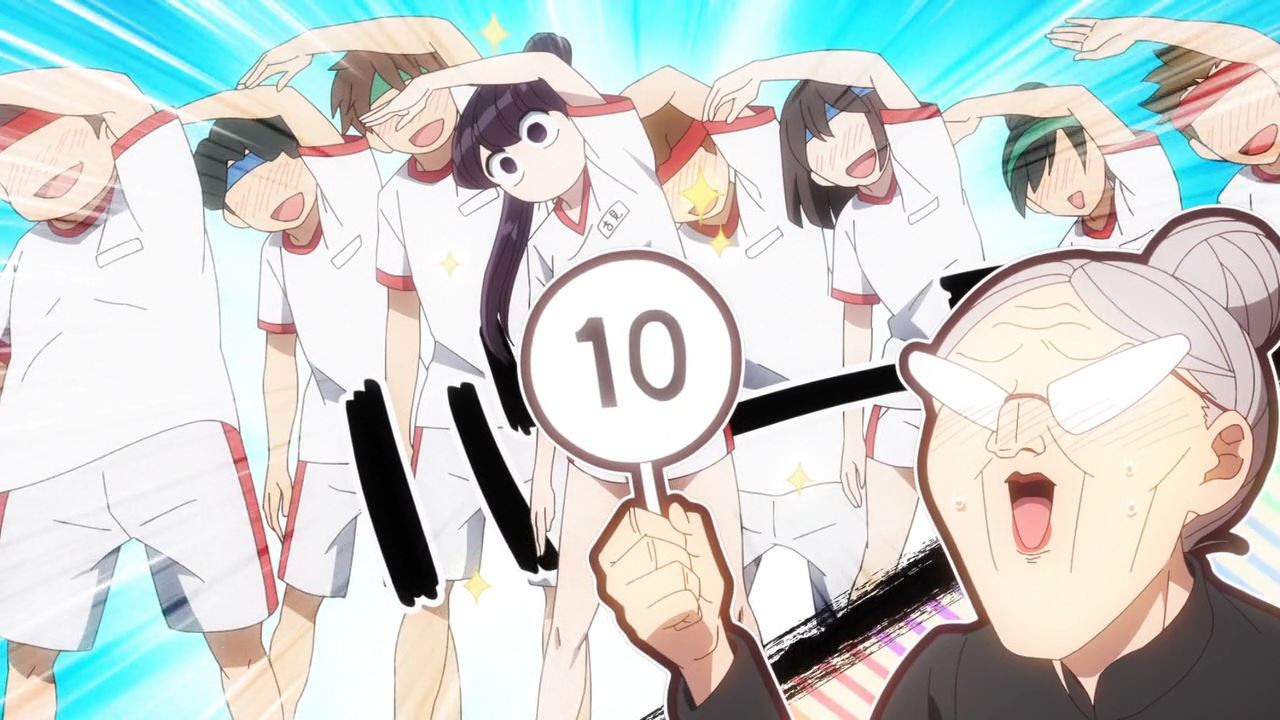 Then again, there’s Komi-san in which her calisthenics routine gave it a perfect score by the vice-principal. Yeah, I’m not surprised that Shouko Komi clinched it without doing anything fancy. 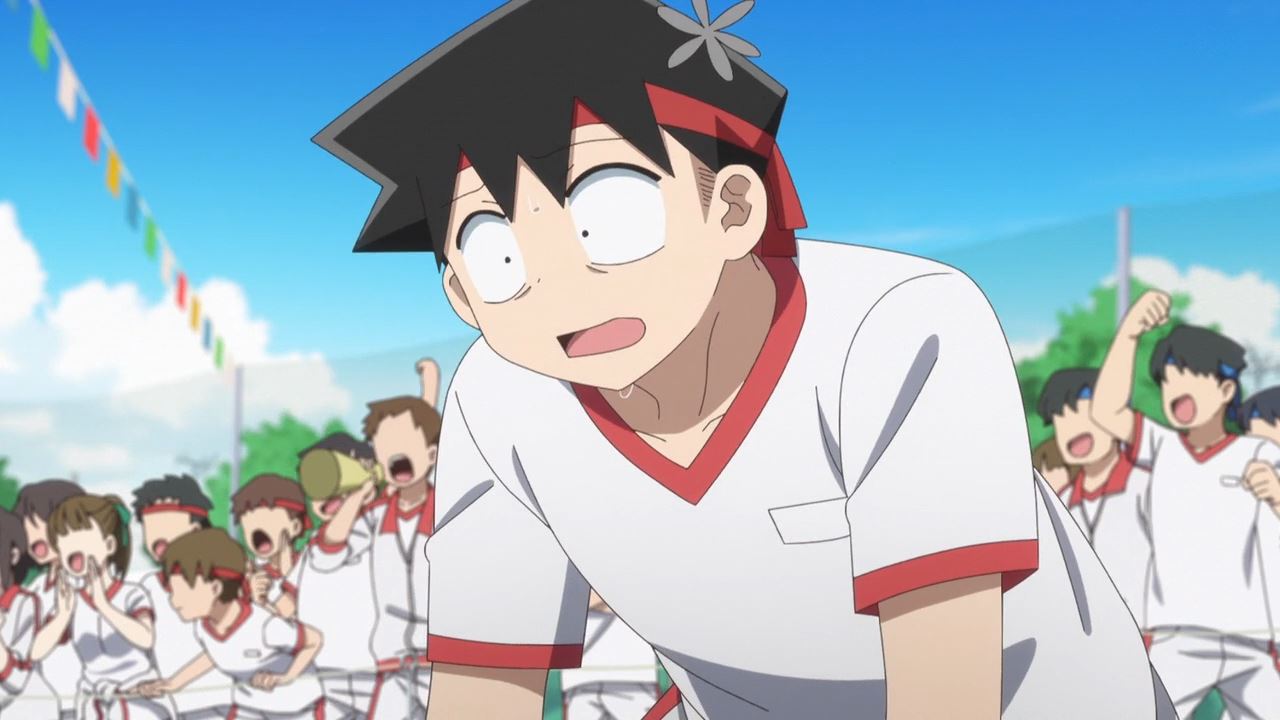 Meanwhile, here’s Hitohito Tadano where he’s somewhat tired during the obstacle race. Oh, and he’s in dead last so Tadano-kun might get blamed by his classmates. 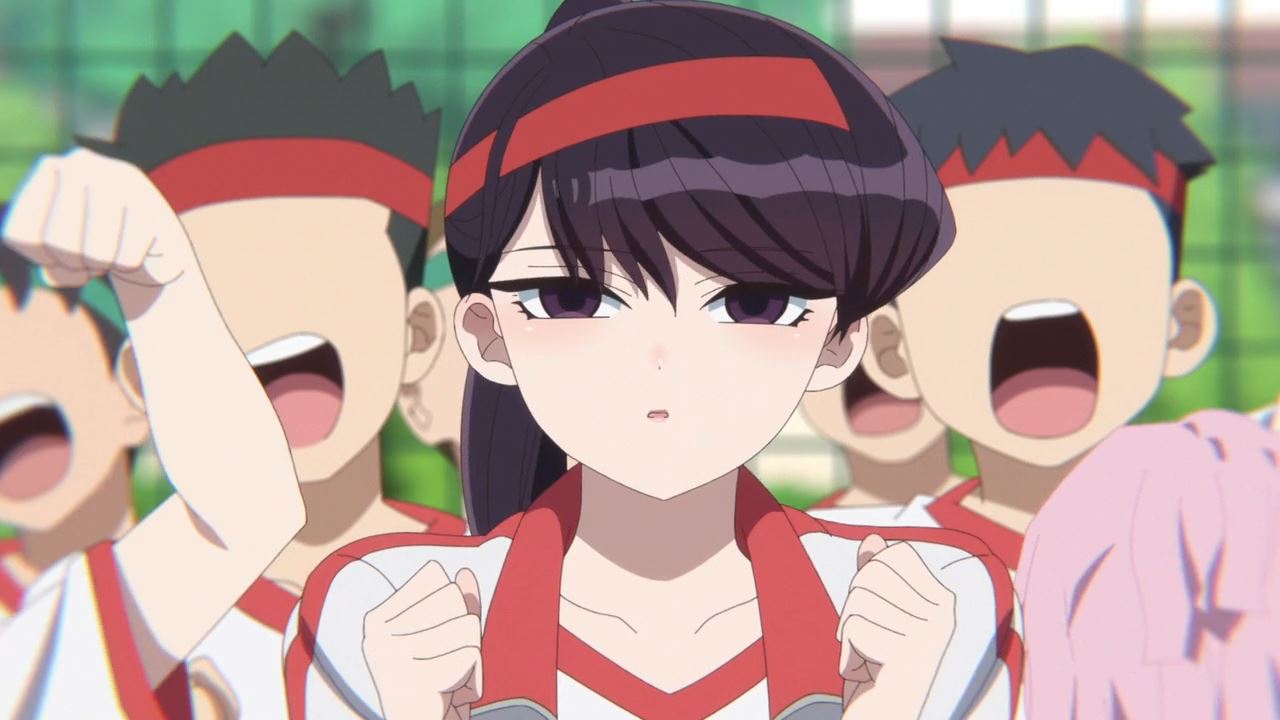 That’s until Komi-san cheered him on in a soft voice that only Tadano-kun can hear. 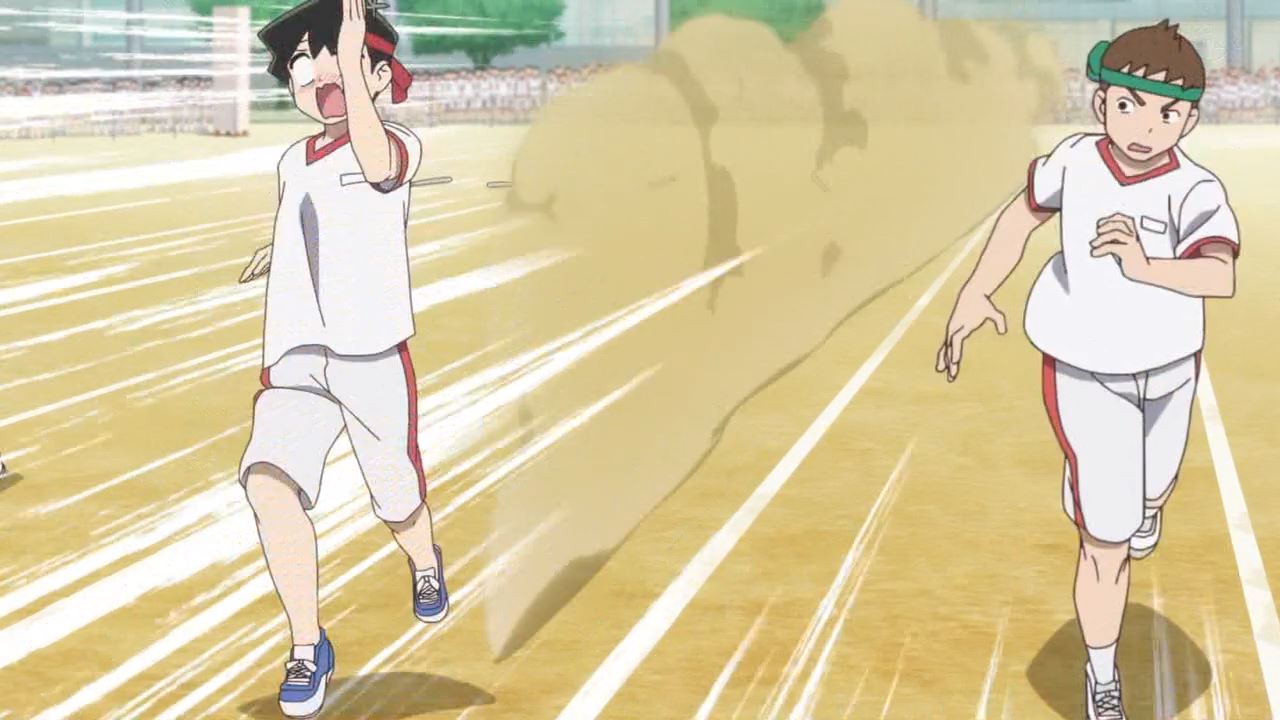 Sure enough, Tadano-kun got pretty motivated upon hearing Komi’s soft voice which propelled him to 3rd place. Not a bad placement there from Hitohito Tadano! 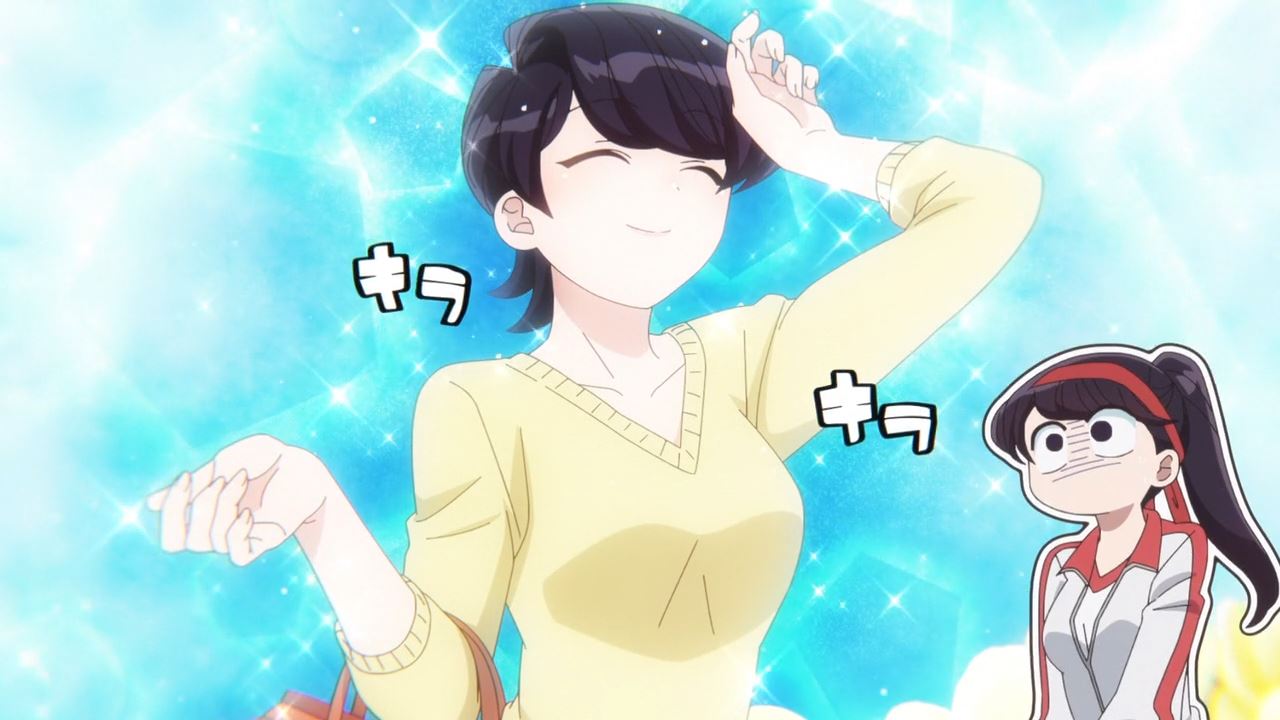 Meanwhile, looks like Shouko’s mother Shuuko has arrived to cheer her daughter up, although most of Shouko’s classmates are slightly-confused on who’s the real goddess given that both of them are quite similar. 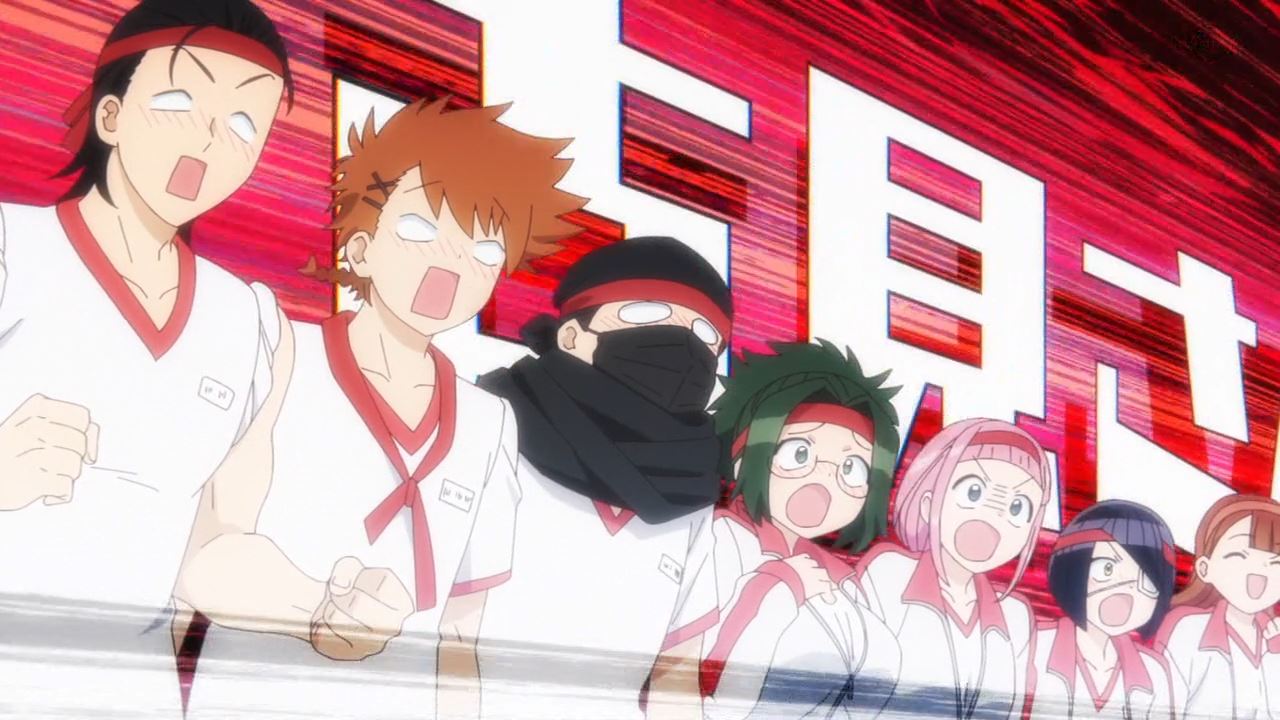 But that doesn’t matter for them as seeing Shouko’s mother is fine too! On the other hand, I wonder if the Komi Imperial Guard praises Shuuko since she’s Shouko’s mother after all? 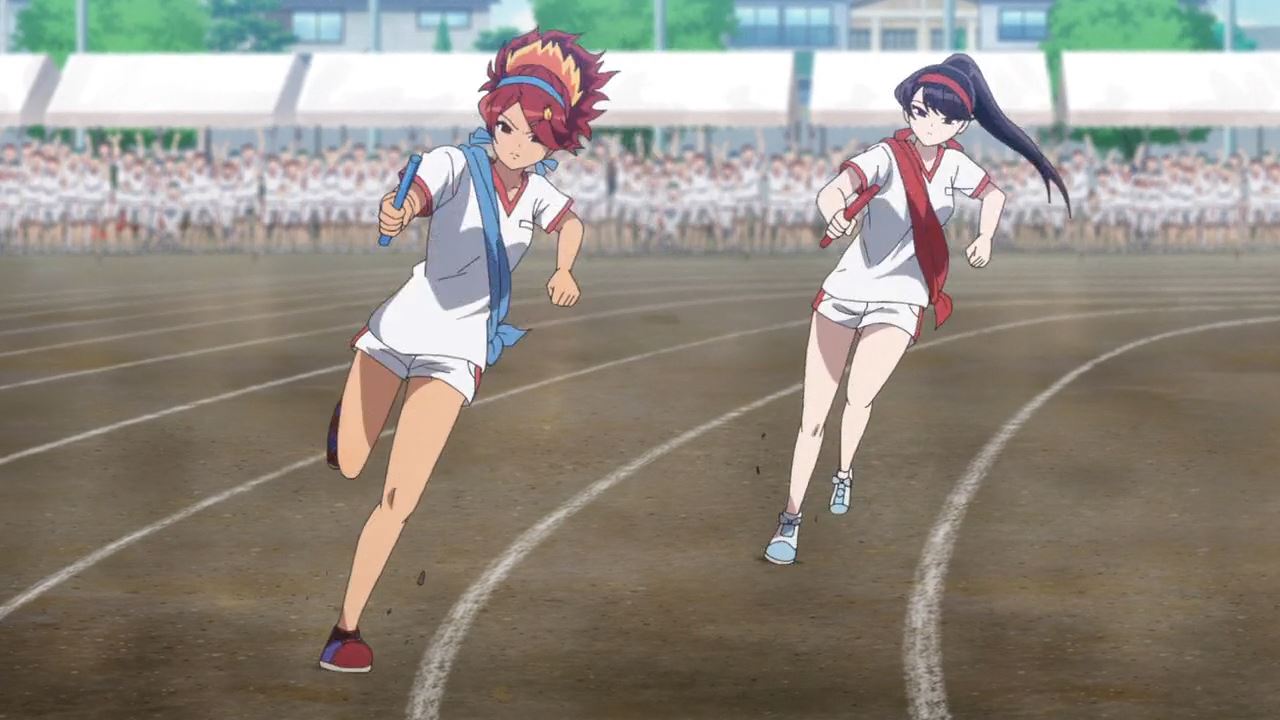 Now then, it’s time for the main event where Chika Netsuno and Shouko Komi face-off in a relay race.

By the way, they’re on the final leg of the race as they’re competing to see who can cross the finish line. 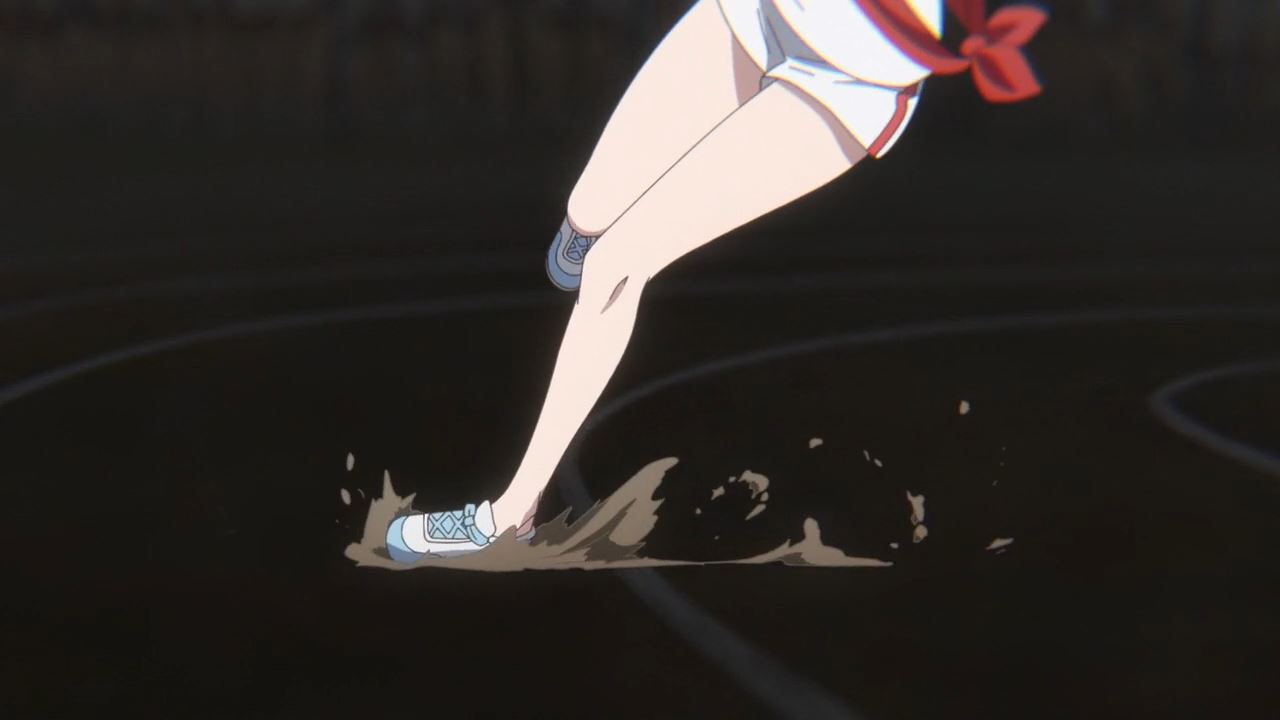 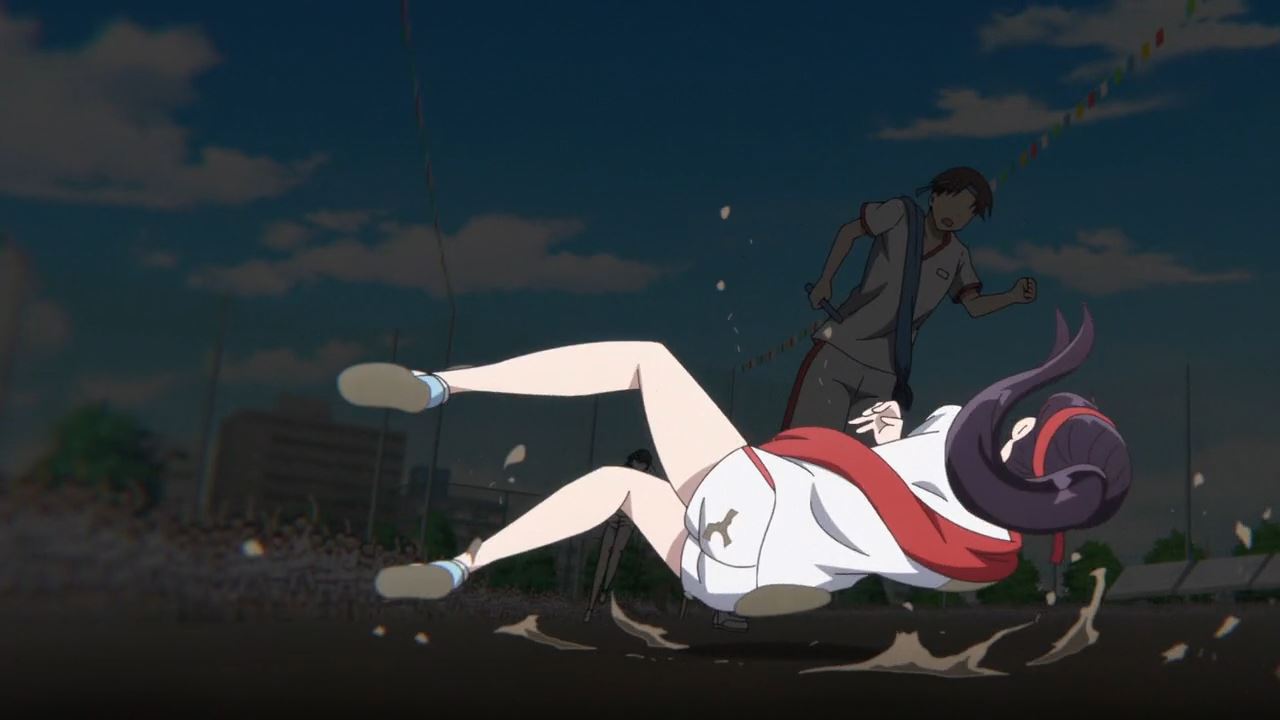 Unfortunately, Komi-san slipped and fell to the ground. Man, this is quite embarrassing as the goddess can’t fall down like that. 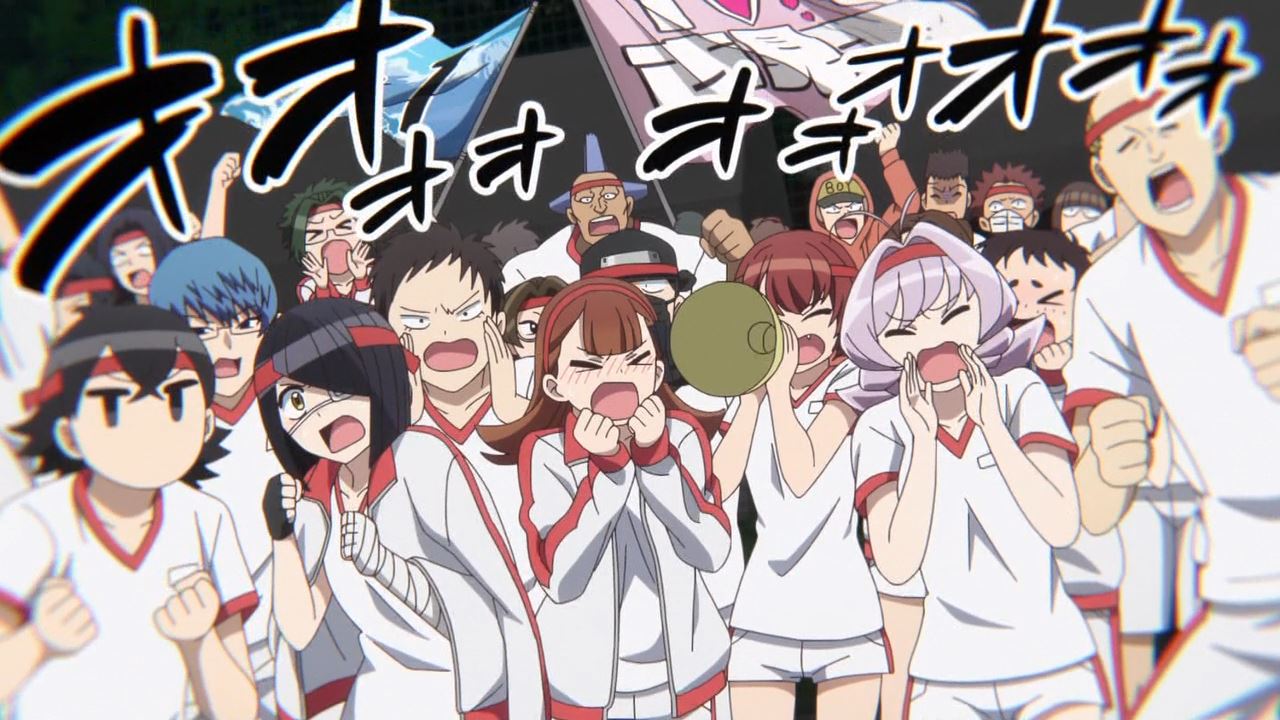 Of course, Komi’s classmates doesn’t want their goddess looking pathetic during the relay race as they cheer Komi-san up. 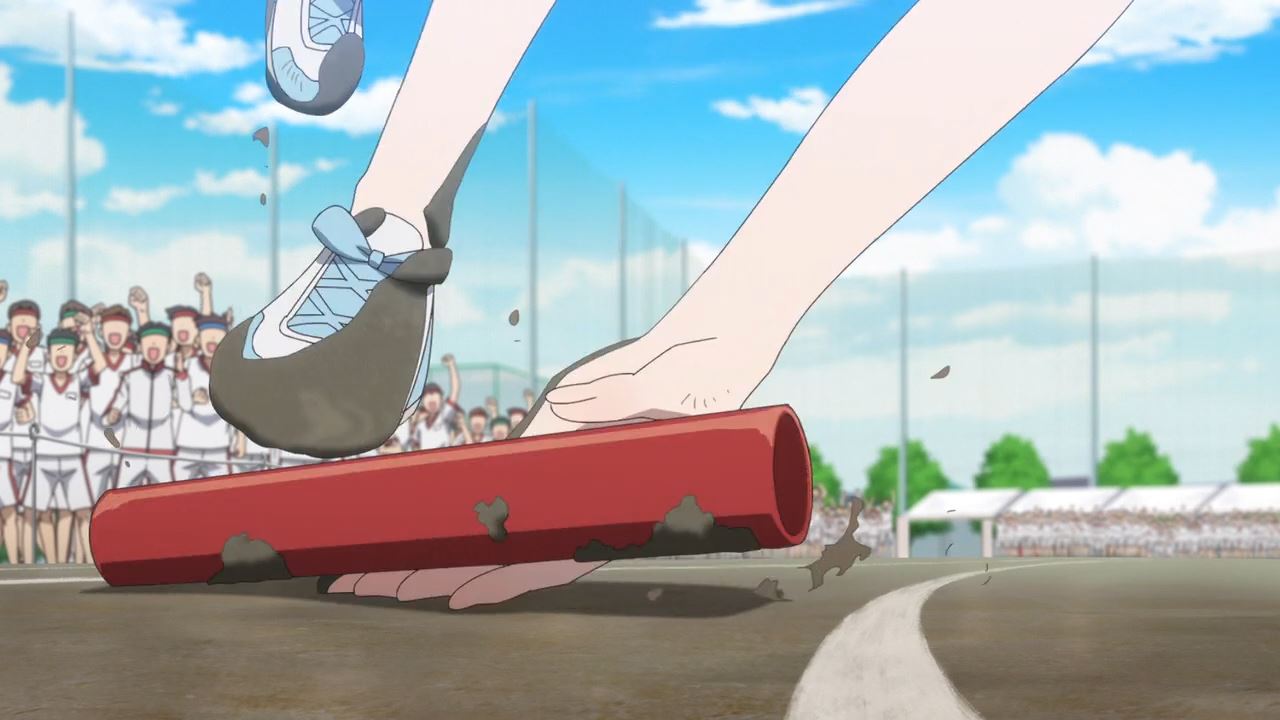 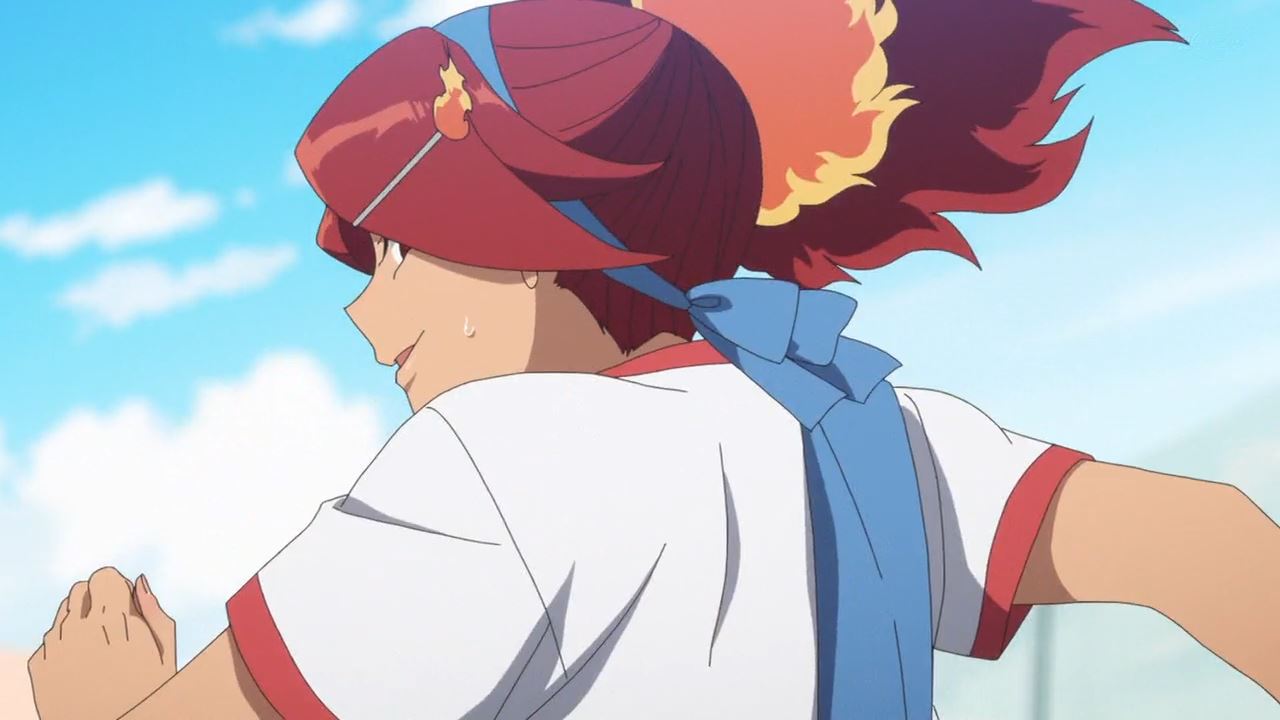 Anyways, looks like Shouko Komi got back up as she got her baton and run like hell. Even Chika Netsuno is surprised that Komi-san has gotten competitive during the last stretch of the race. 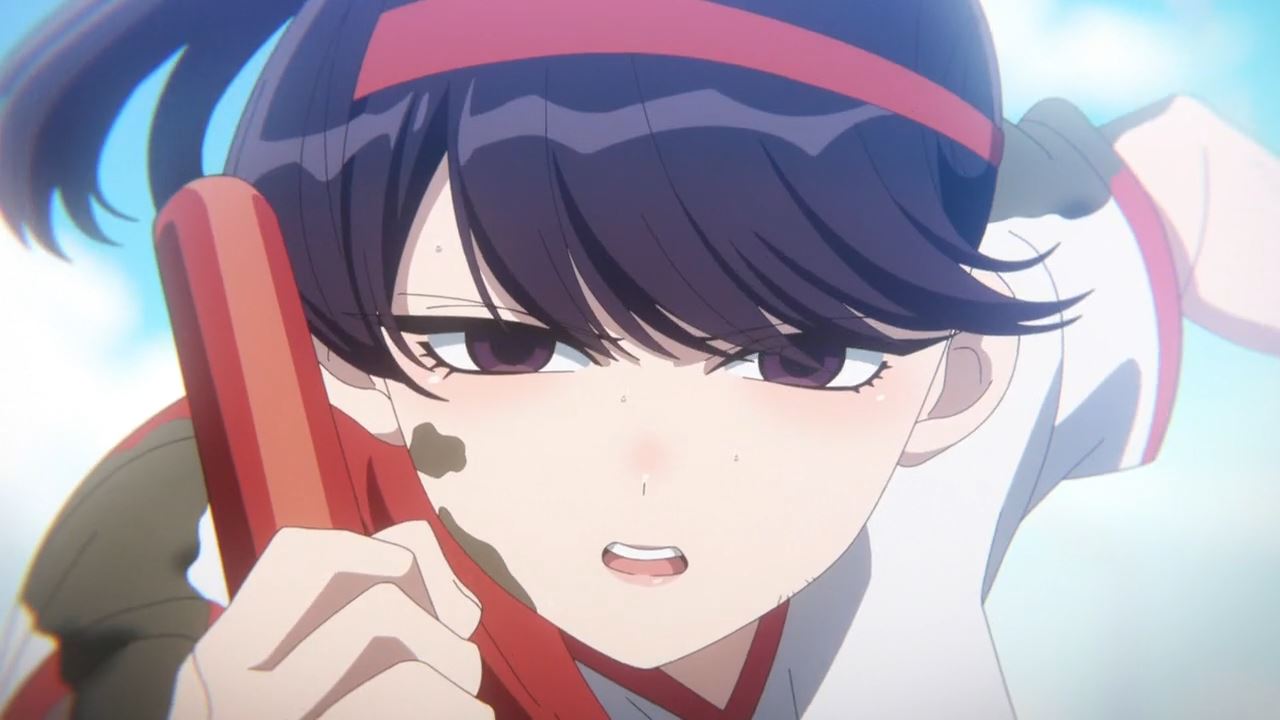 But as you can see, Shouko Komi doesn’t want to embarrass herself ever again as she tries to catch up with Netsuno-san. 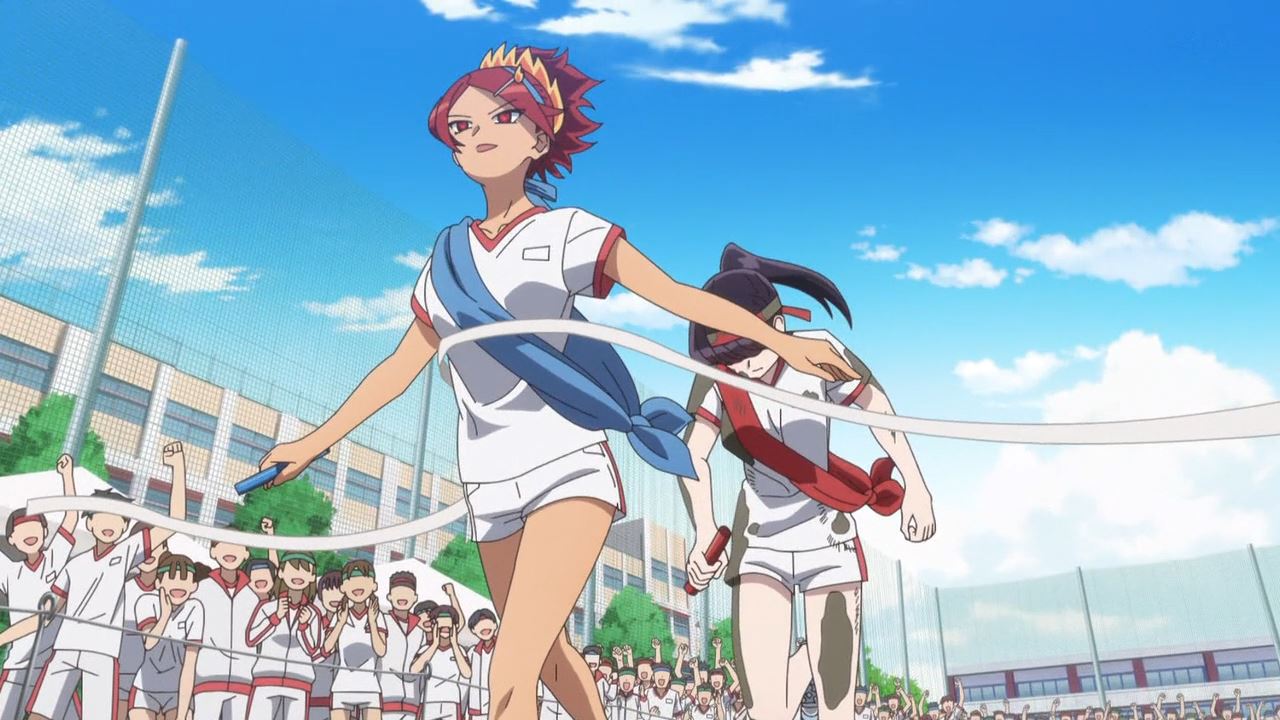 Sadly, Netsuno-san crossed the finish line as her class has won this year’s sports festival. What a shame there as Komi-san put a lot of effort on crossing the line first despite falling down to the ground. 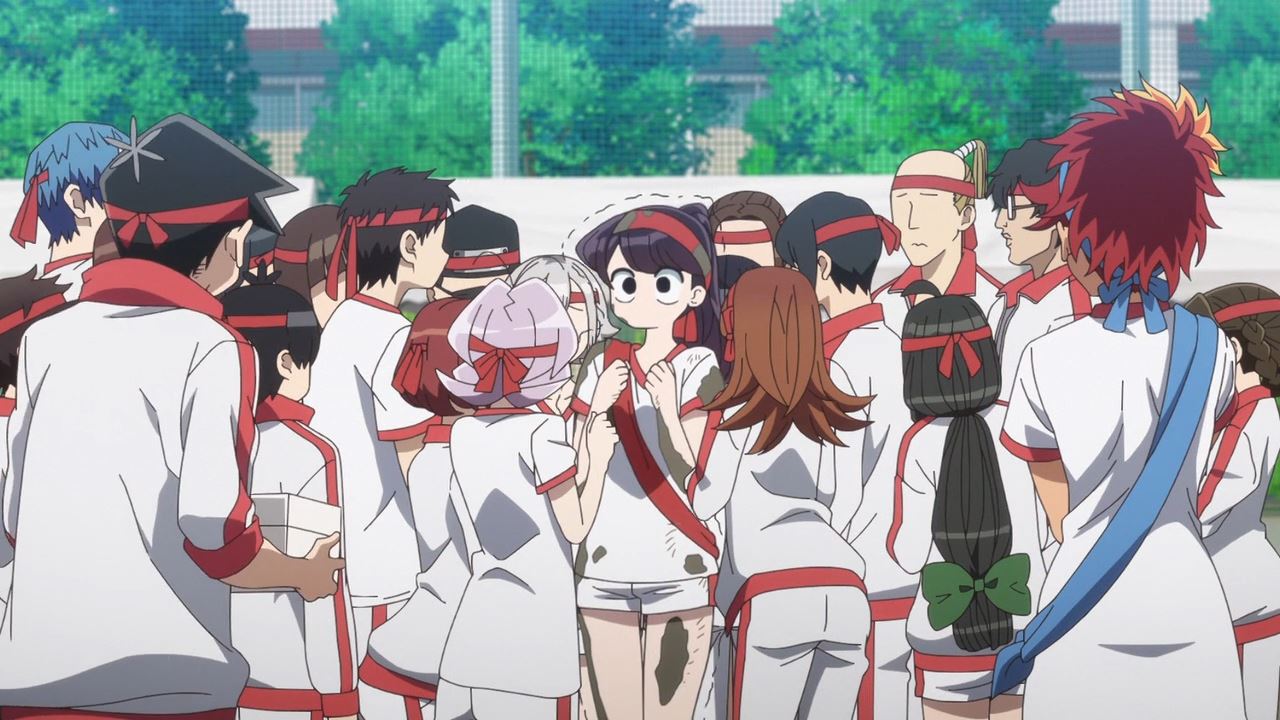 Still, everyone appreciates Komi’s gutsy performance as they cheered her on. Well, I have to say that Shouko Komi might be a quite girl, but she’s quite passionate! 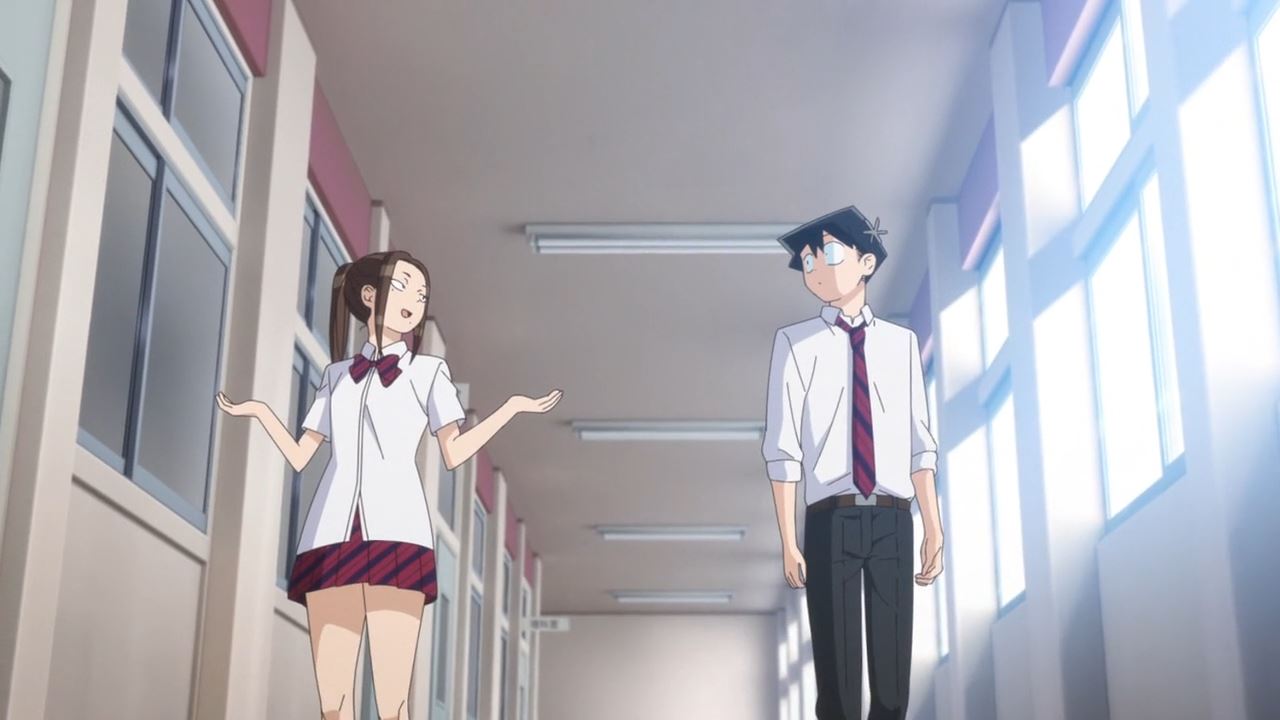 Now then, let’s introduce another new character named Nene Onemine where she acts like a big sister to Hitohito Tadano.

Well, the reason why Onemine acts like that towards Tadano-kun is because she’s somewhat aware that most of his classmates are bullying him because of Shouko Komi. C’mon, everyone is upset that Tadano-kun is very close to Komi-san. 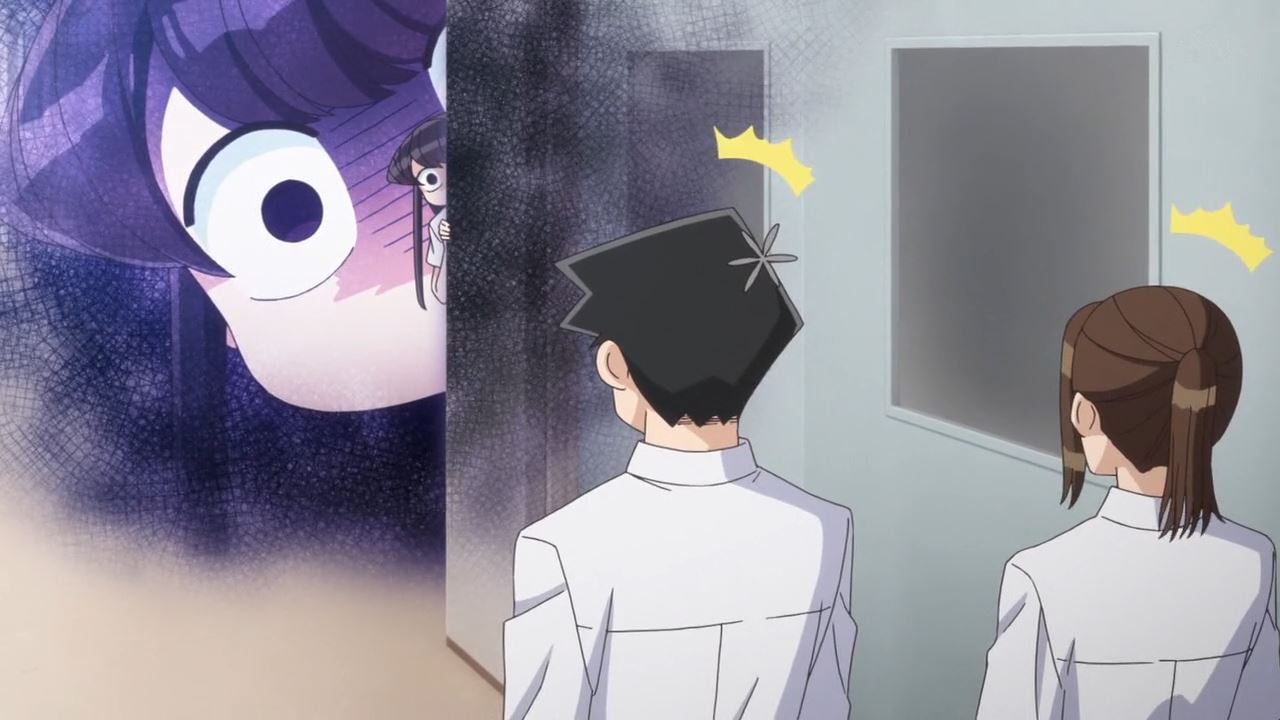 But speaking of Komi-san, it appears that she’s feeling jealous that Tadano-kun is walking with someone else. Don’t tell me that Shouko Komi is in lo- Wait, there’s no way! 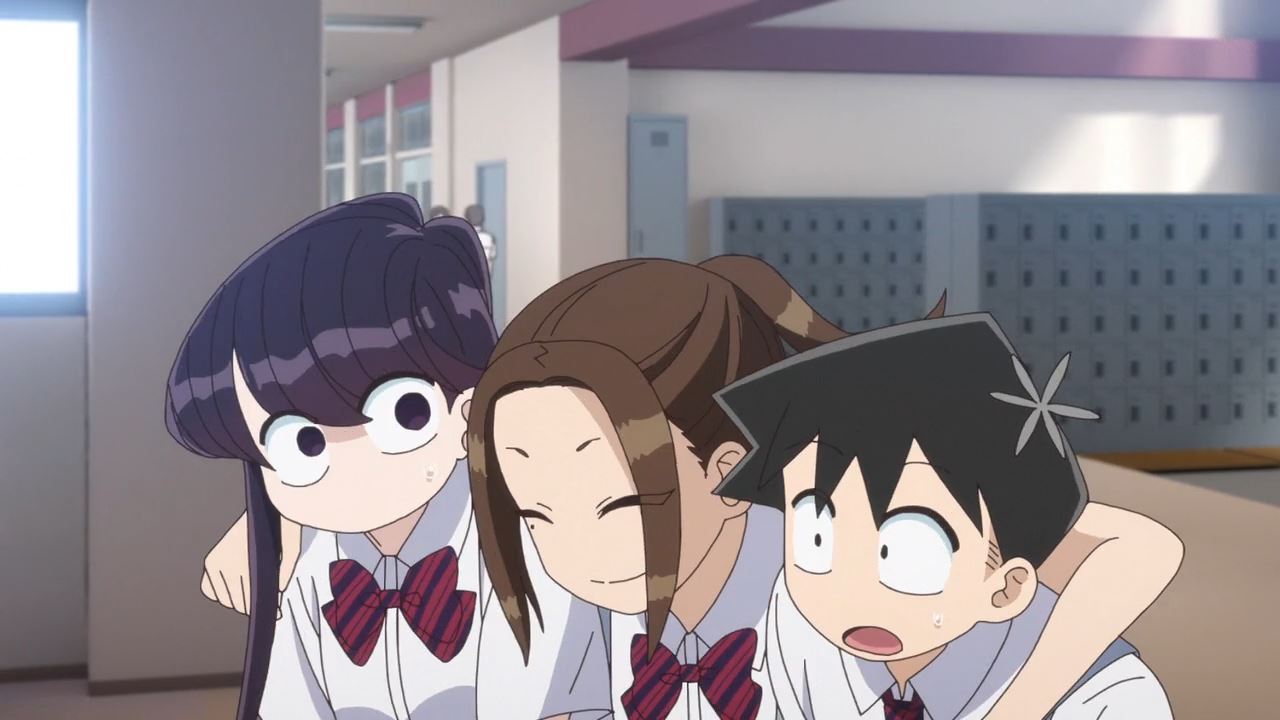 Eventually, Nene Onemine befriended Shouko Komi now that Onemine understands Komi’s communication problems, although Yamai-san and the rest of the imperial guard are really angry that a big sister is hanging out with Komi-san. 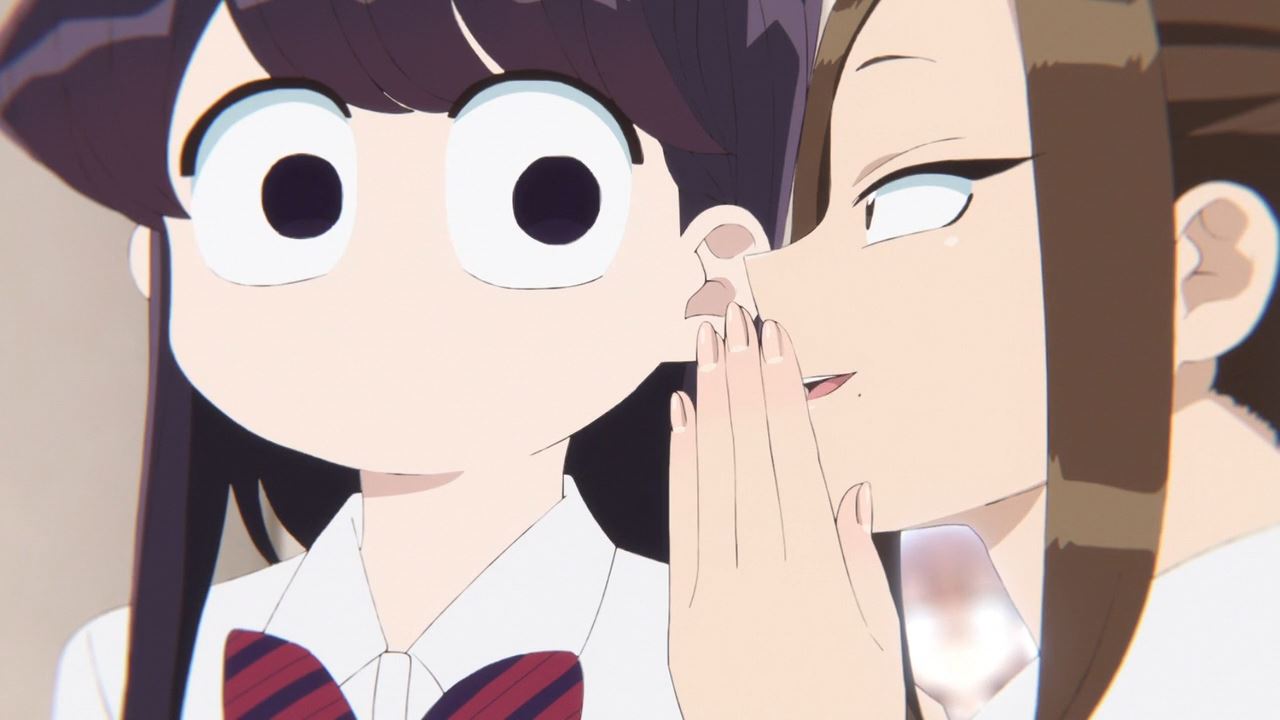 Speaking of Onemine, it looks like she supports Komi’s relationship with Tadano-kun as Nene is aware that Shouko has feelings towards him. Of course, they have to keep this a secret to Hitohito or any other student. 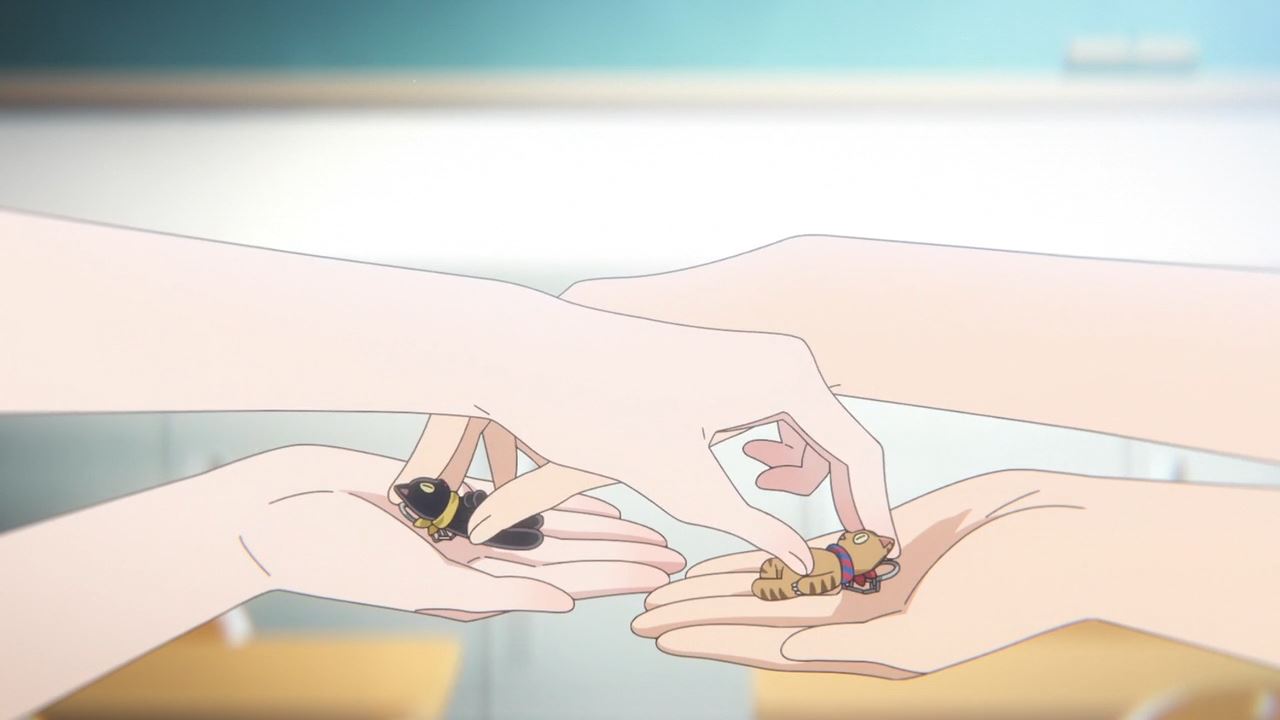 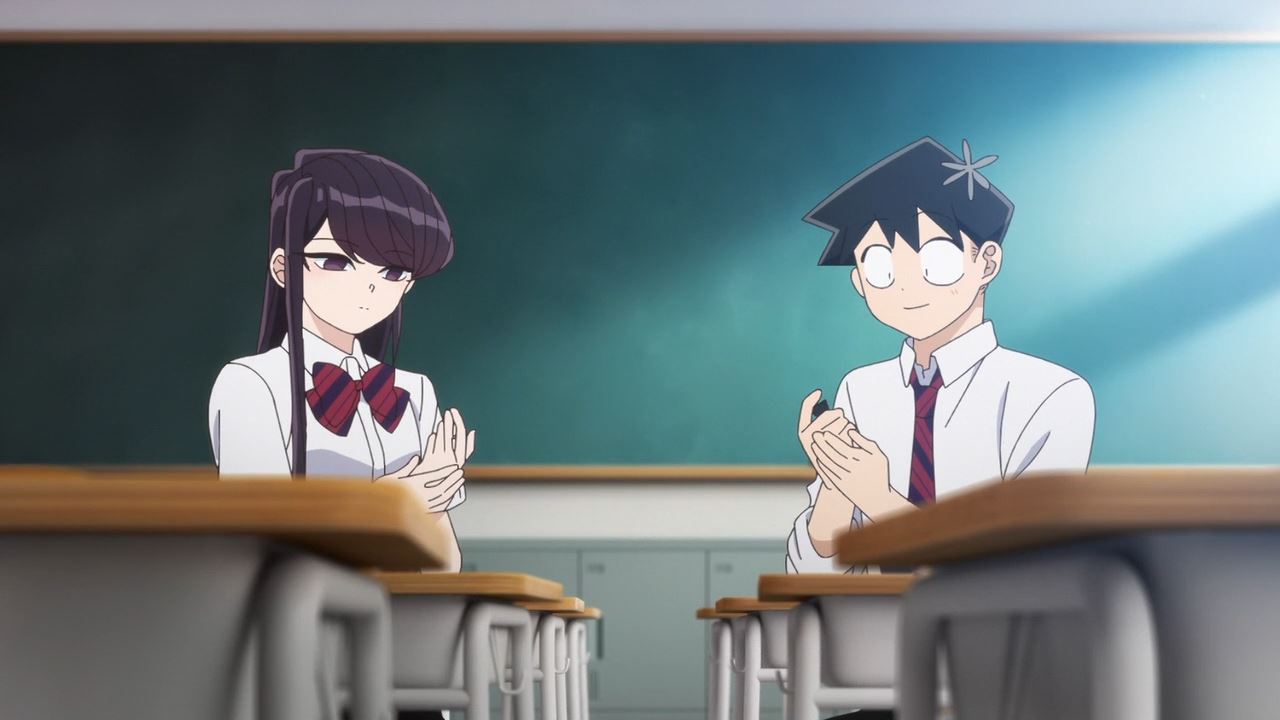 Now then, let’s end this episode where Shouko Komi and Hitohito Tadano exchanged some keychains as they got it from a crane game. Well, Komi-san asked Najimi for assistance but as for Tadano-kun, he used most of his savings to get the prize.

But that’s about it for this episode as I’ll see you next time, although I’m not sure if this anime series will have Part 2.