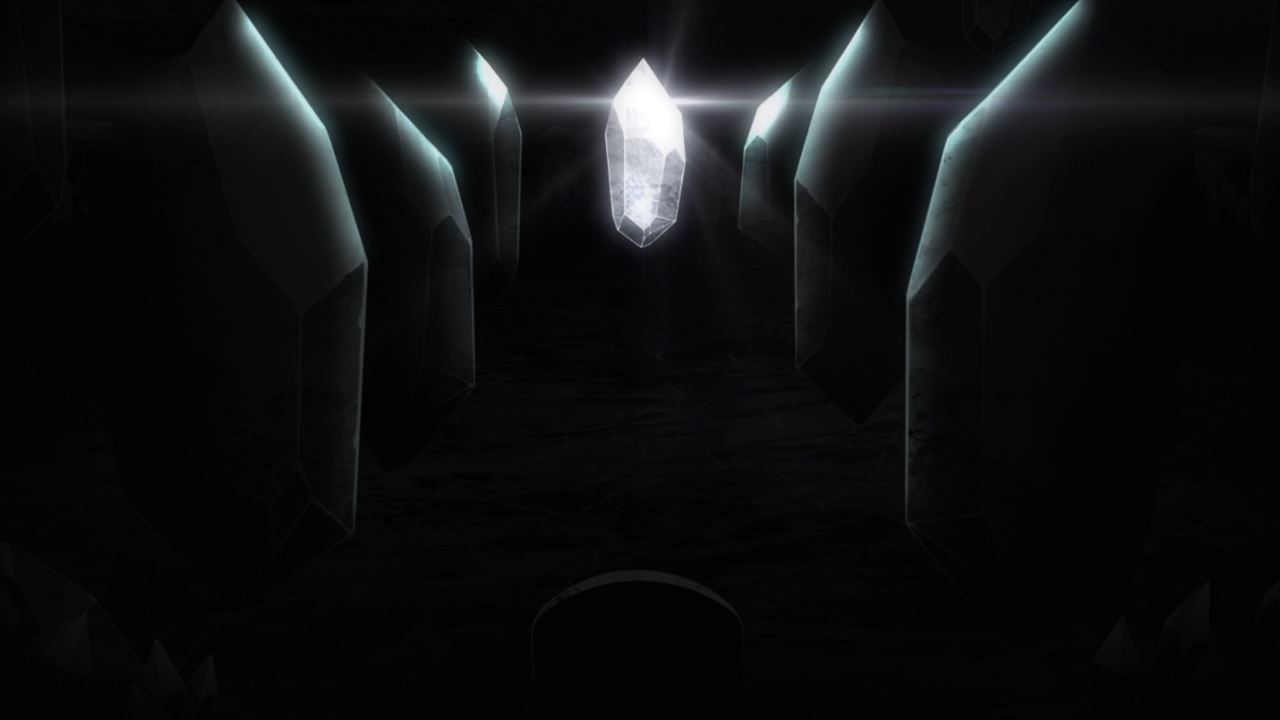 After many failed attempts to have someone defeat the hero, it appears that the goddess has put her faith onto the assassin where he has a high chance of succeeding his mission. 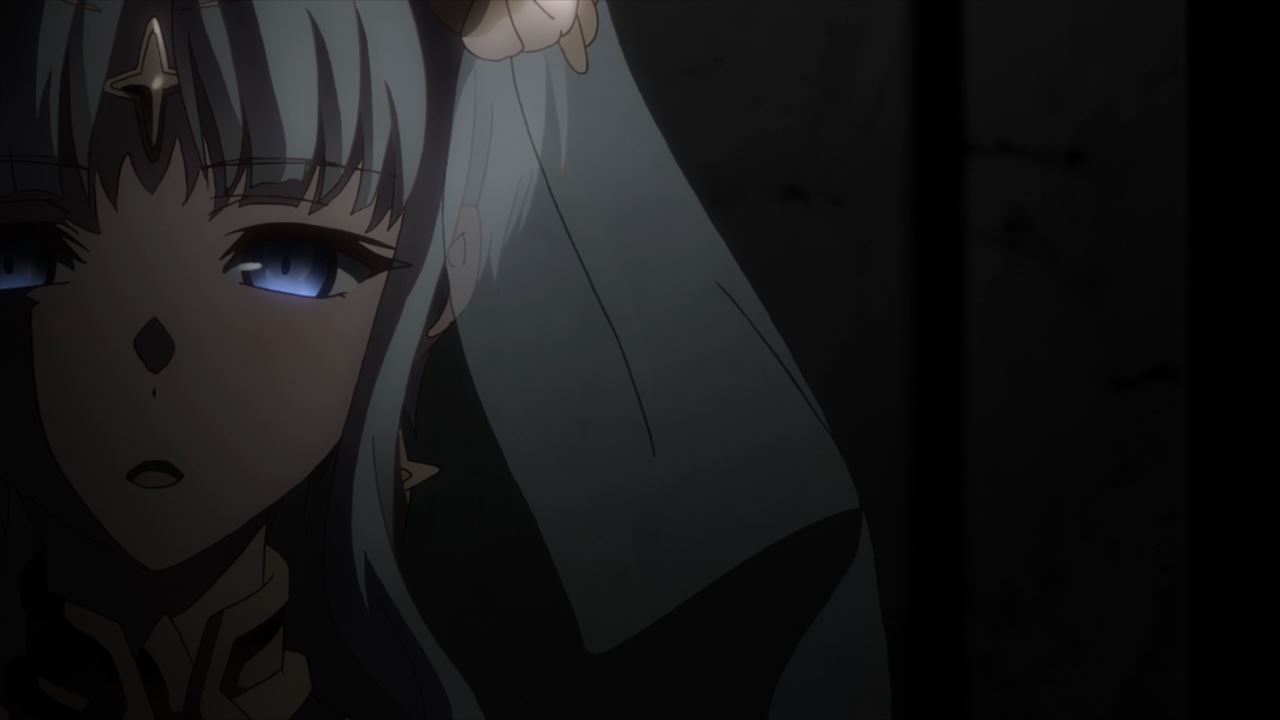 Aside from the teacher whose fate remained unknown, it appears that all of the talented people that the goddess reincarnated have failed their duty to kill the hero.

Right now, the reincarnated assassin (or should I say Lugh Tuatha Dé) is facing the greatest crisis which is torn between killing Dia Viekone or having his family exposed and dragged into the Swoigel conflict. 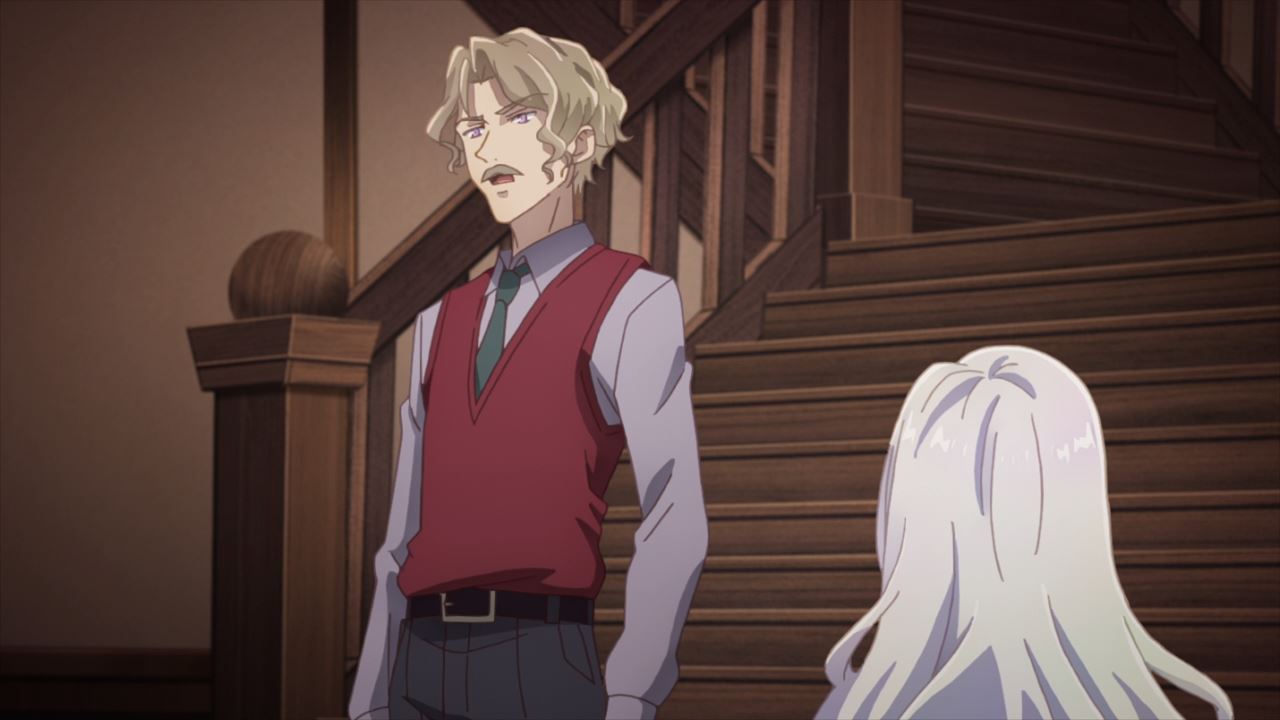 But let’s move onto the present where Cian understands Lugh’s hesitation on taking Dia’s life, as killing the count’s daughter won’t end the war against the rebels.

So, Cian wants Lugh to use his own judgement rather than just following orders ’cause he’s not born as a tool for the House of Tuatha Dé. This means that Lugh will try to rescue Dia by any means necessary, even if it means faking her death.

I have to say that Cian Tuatha Dé knows what’s best for this difficult situation, but why would Lugh’s father decided not to carry the assassination towards Dia Viekone? 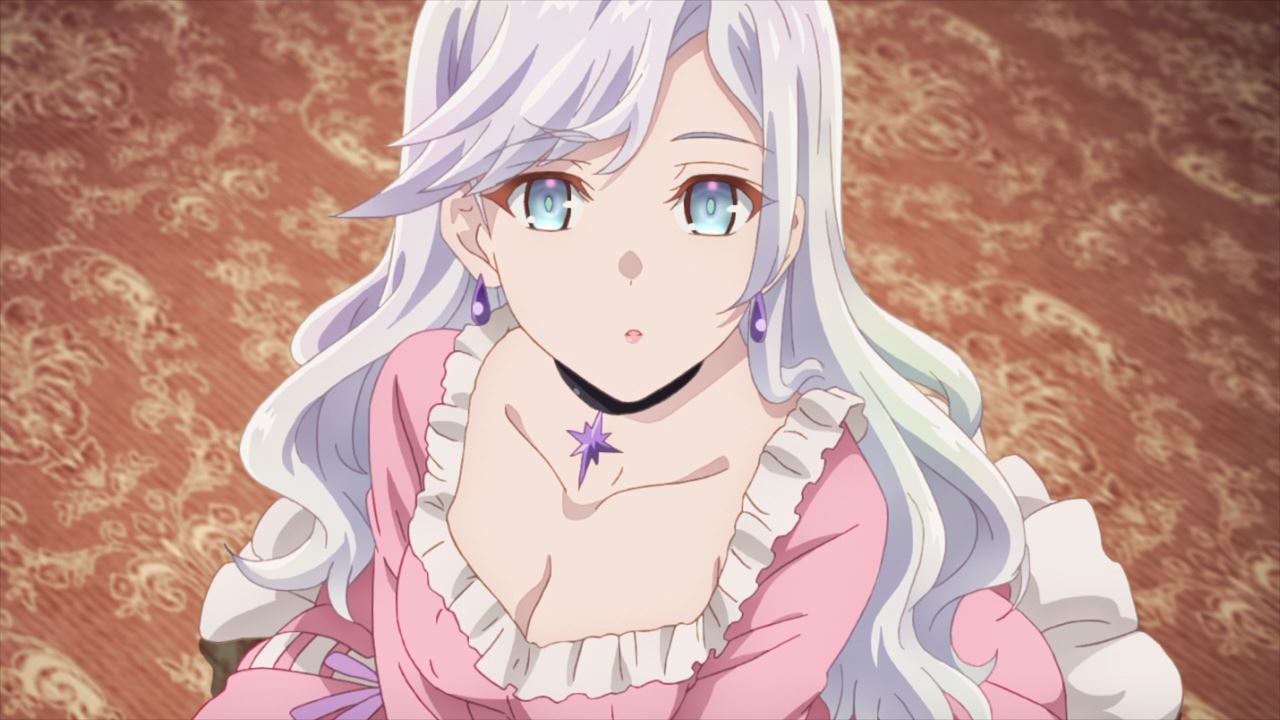 Well, it’s because Cian felt the same situation before when he defied orders just to save and marry Esri. And by the way, Esri came from the House of Viekone, meaning that both Lugh and Dia are cousins.

Gotta say that it was a great twist there as Lugh Tuatha Dé and Dia Viekone are related to each other. Oh, let’s not forget that Lugh is in love with Dia and while it’s wrong for some overtly-normal people, there’s no problem for me. 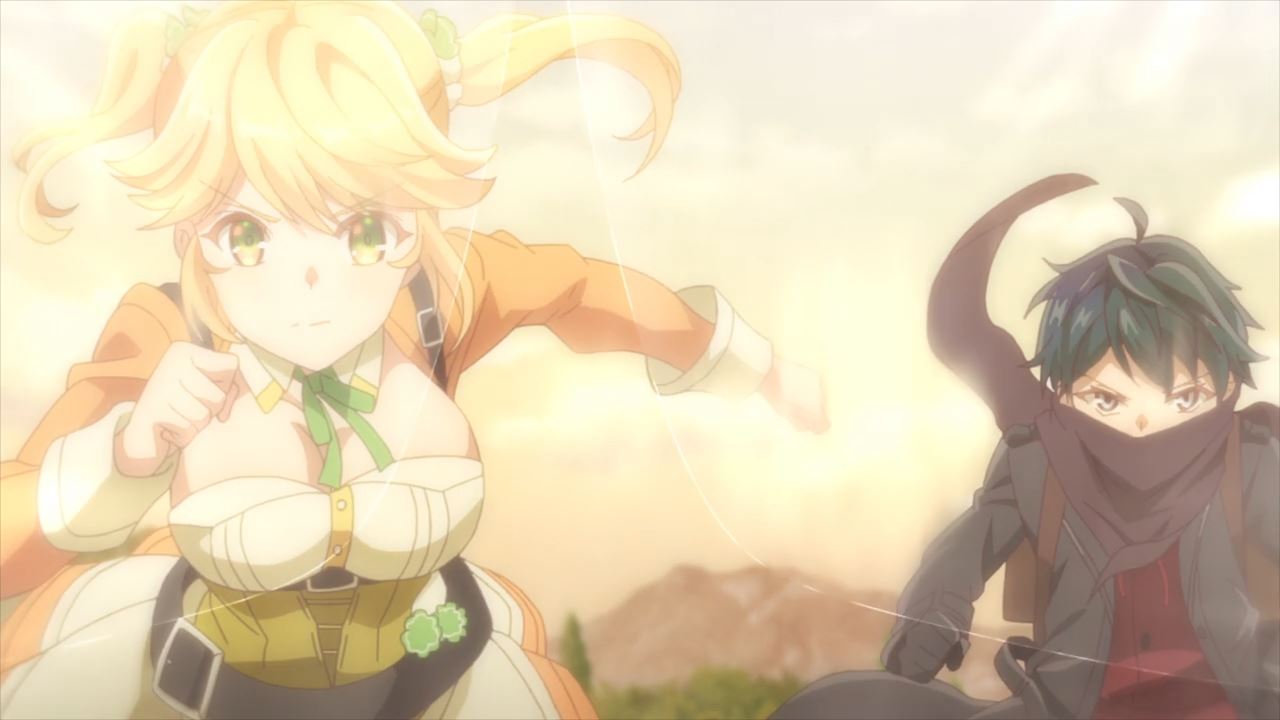 And so, Lugh Tuatha Dé rush towards Swoigel together with Tarte where she’ll assist her master by creating a wind barrier. 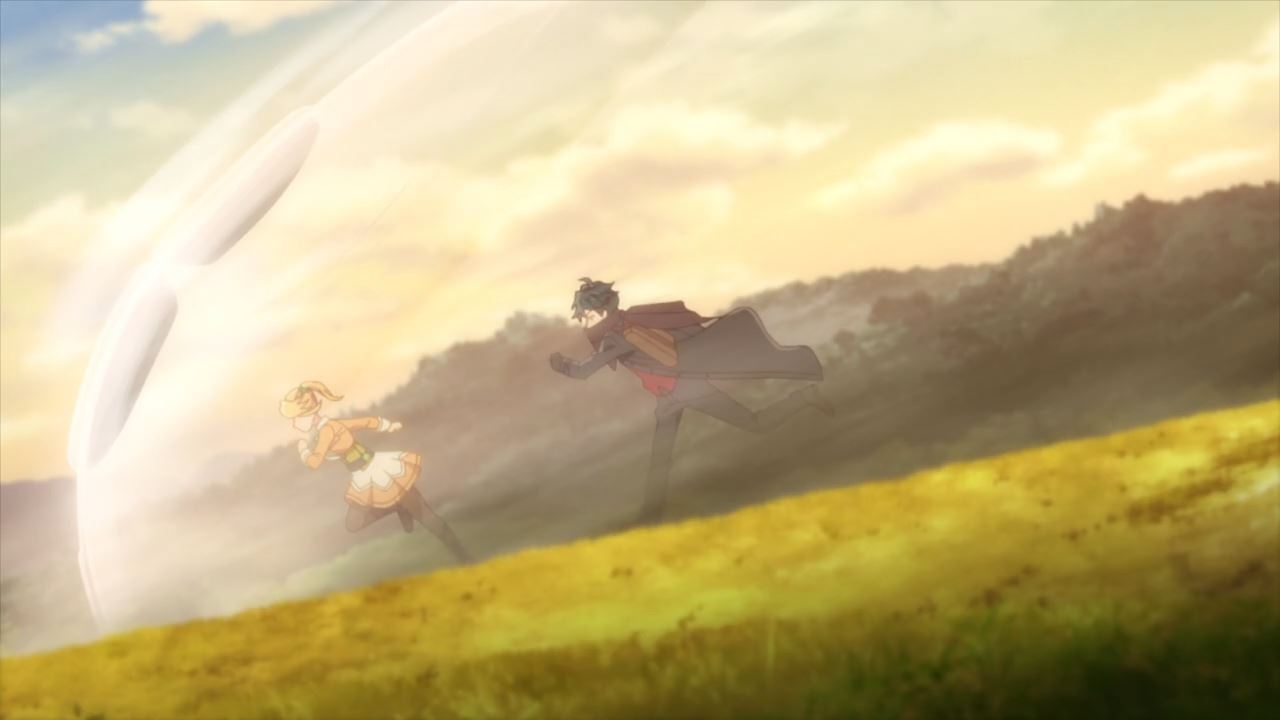 Oh, and the reason why Tarte created a barrier is because she wanted Lugh to save his energy for the actual rescue mission.

Considering that flying from Alvan to Swoigel takes lots of mana, having Tarte create a drag-reducing barrier is a viable option. This means that Lugh won’t lose his stamina during his long journey to Swoigel. 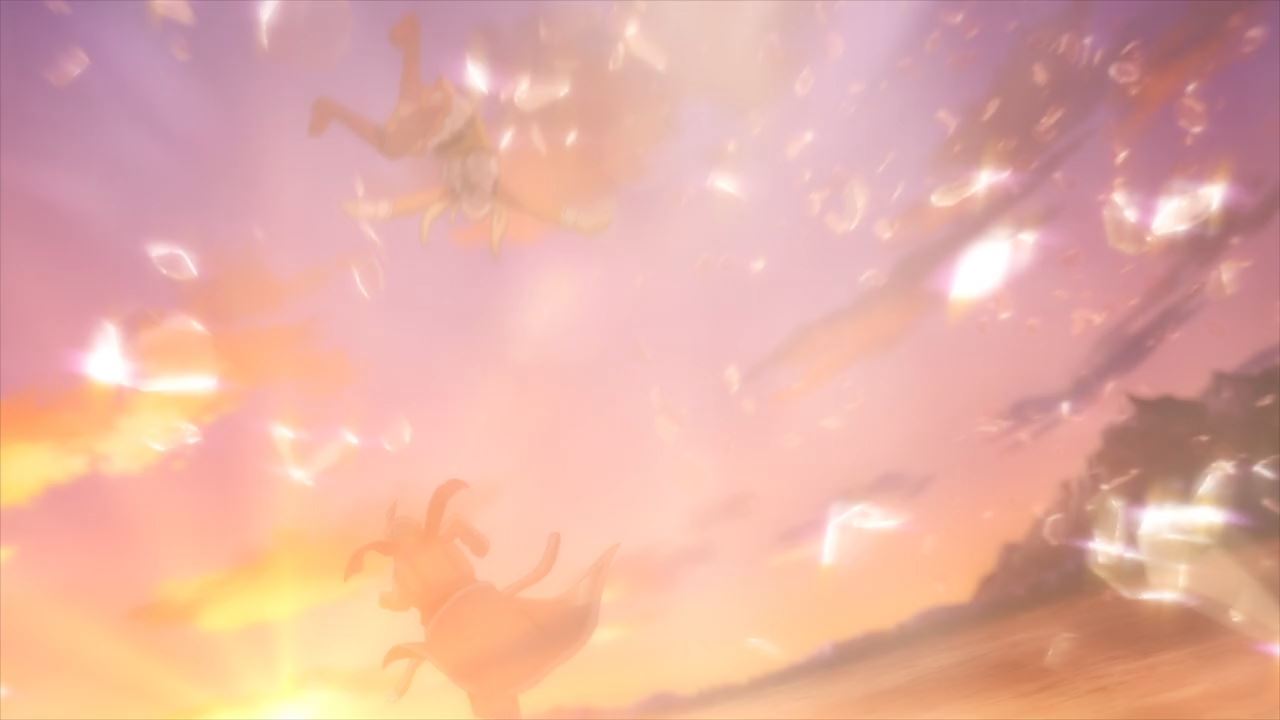 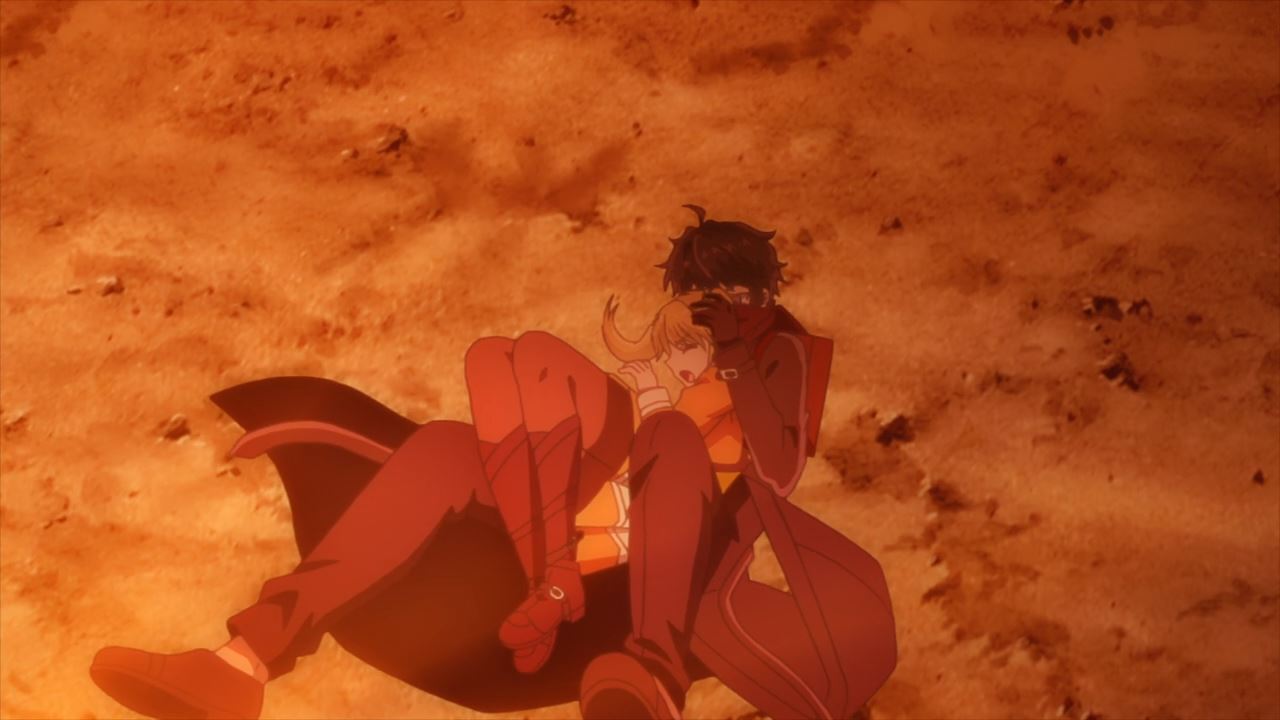 Unfortunately for Tarte, seems that she’s at her limit as her barrier got destroyed due to wind pressure. Good thing Lugh managed to catch Tarte or she might not survive the hard landing. 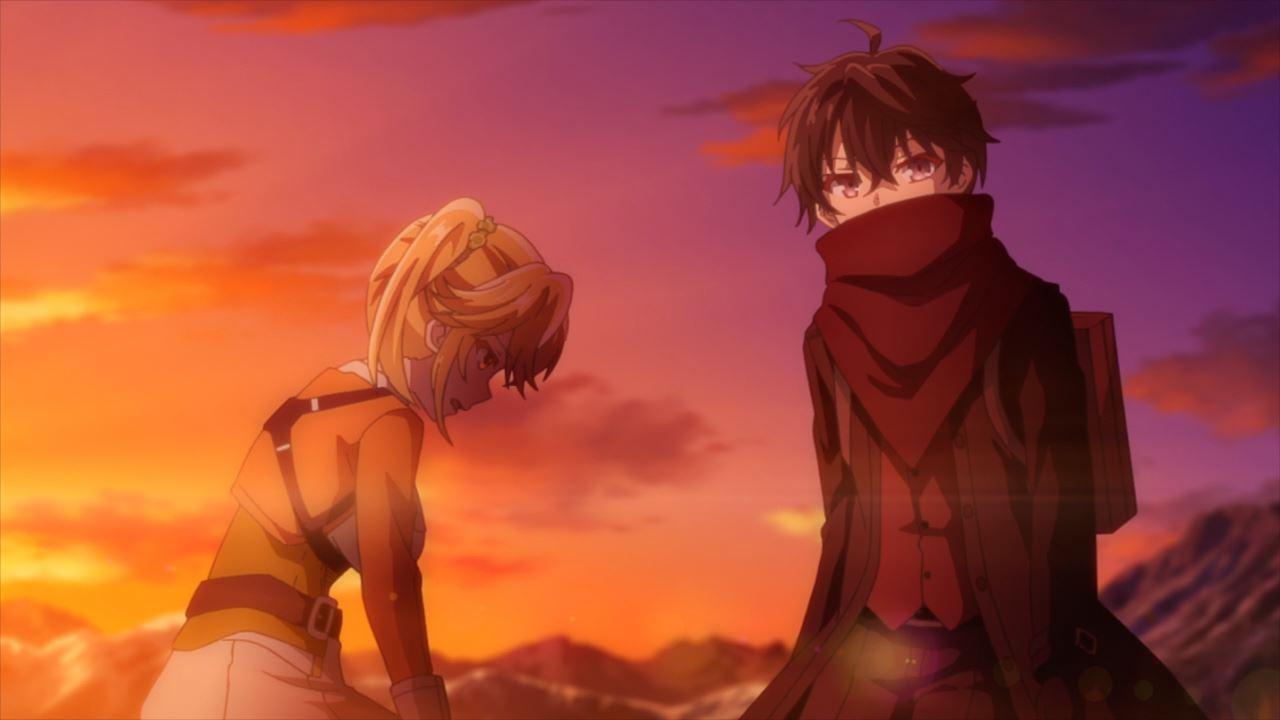 Well then, looks like Tarte is done assisting Lugh Tuatha Dé as she told her master to come back safely together with Dia Viekone. Then again, what’s gonna happen to Dia since she’s too tired to go home? 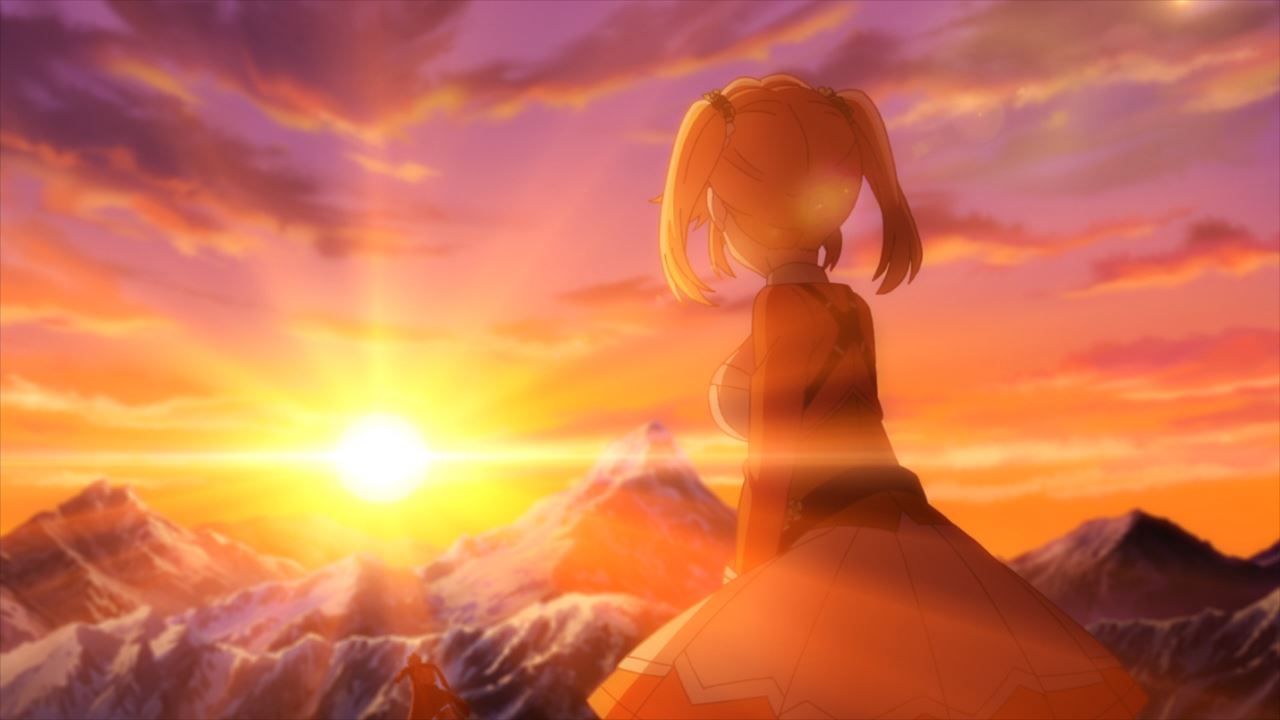 Anyways, Lugh Tuatha Dé left the scene as he’ll take the last mile to Swoigel. Let’s hope that he still have mana to summon his trusty sniper rifle. 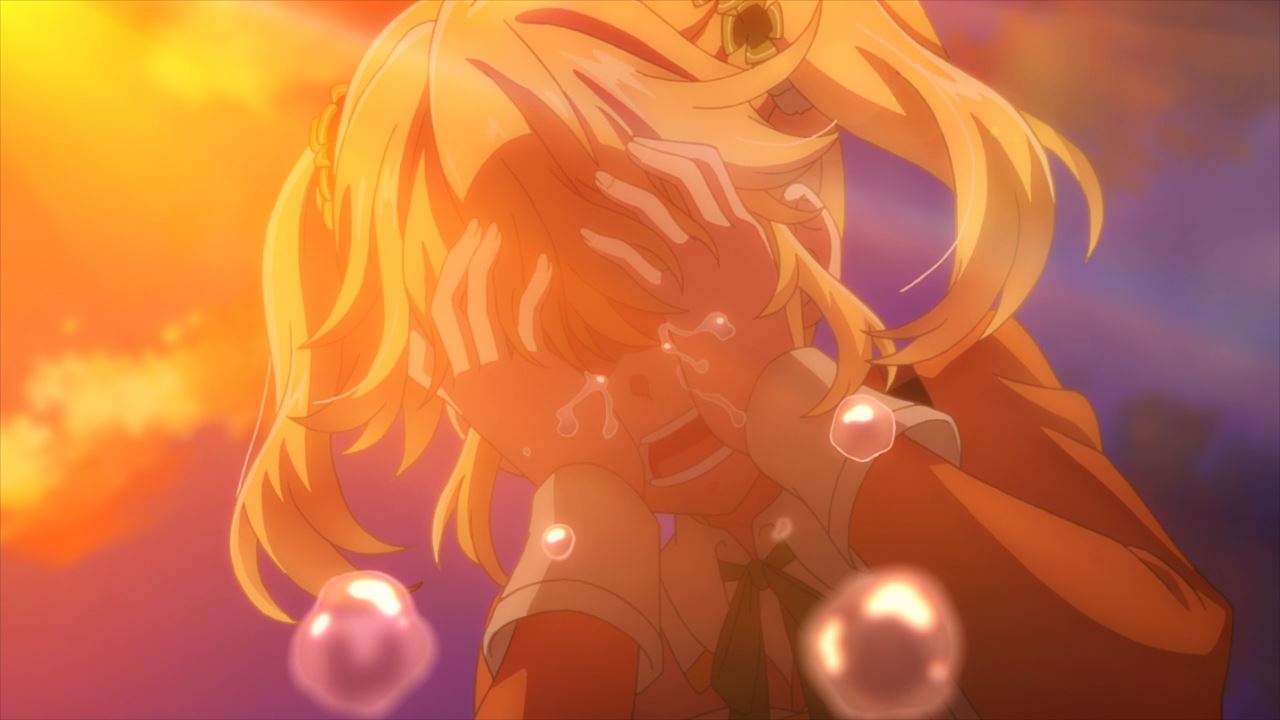 As for Tarte, it seems that despite assisting her master when travelling to Swoigel, Tarte really wants to be at Lugh’s side as she has feelings for him.

Gee Lugh, aim for the harem ending ’cause even Tarte and Maha loves you so much! 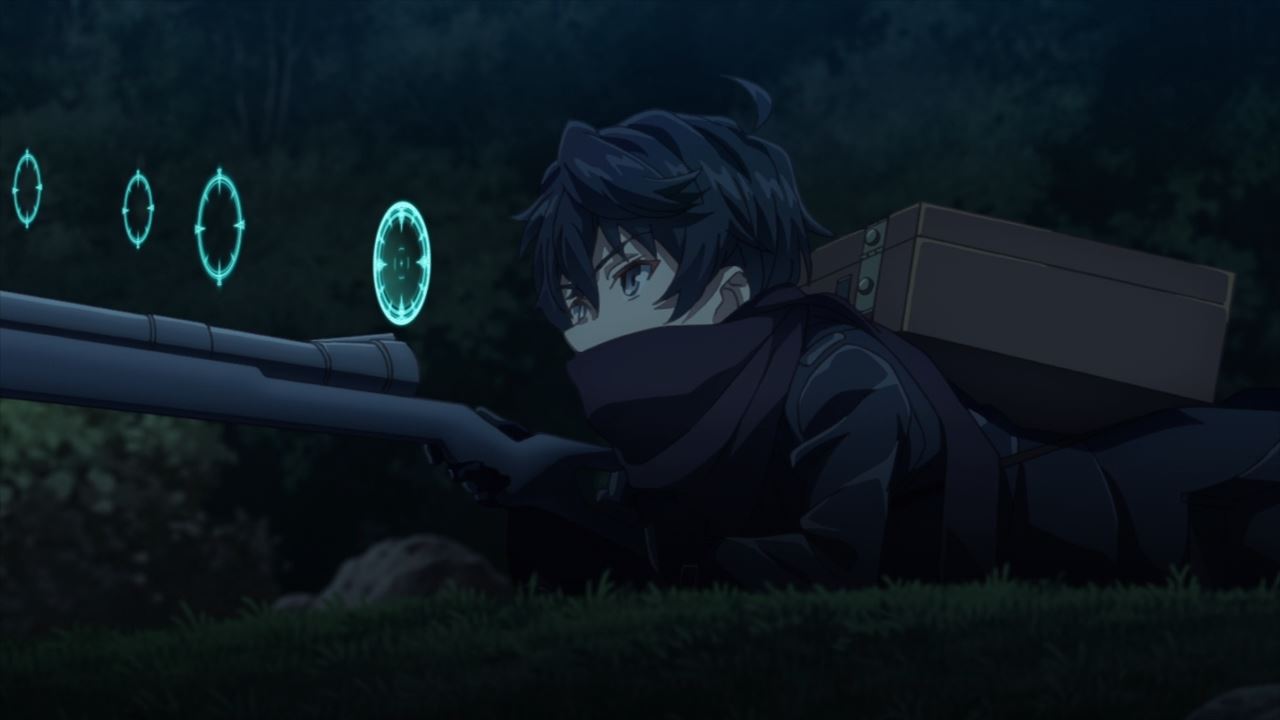 Now then, here’s Lugh where he’s finally arrived at Swoigel as he prepares to rescue Dia Viekone from the rebels. But first, he needs to snipe the magic users down since they’re a pain in the ass to deal with. 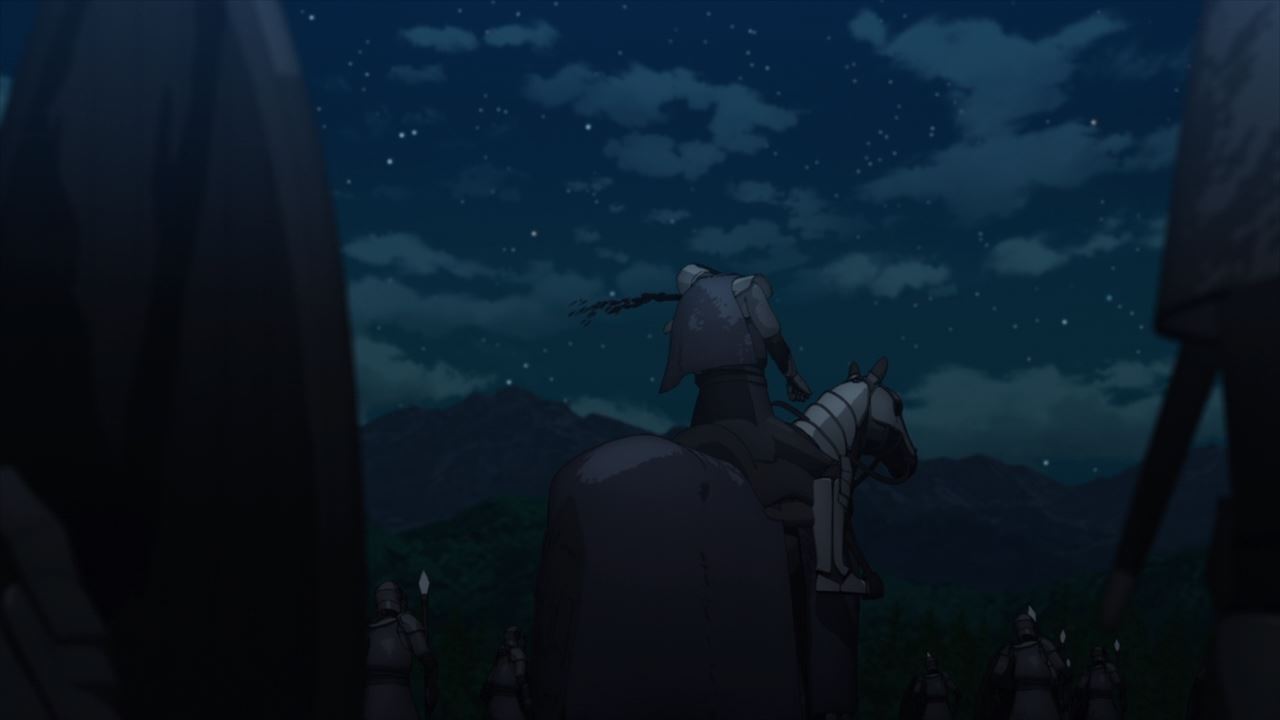 As you can see, Lugh managed to take down a few magic users. However, the rebels are aware that someone is shooting their fellow soldiers from afar. 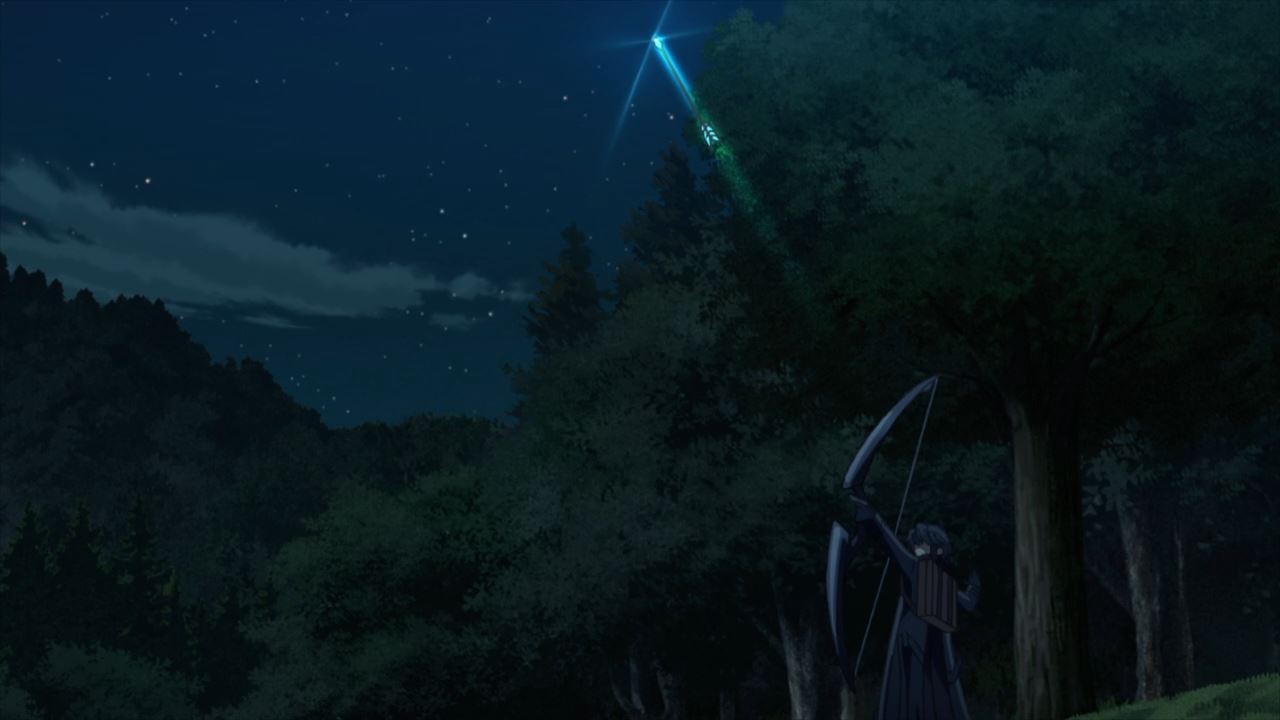 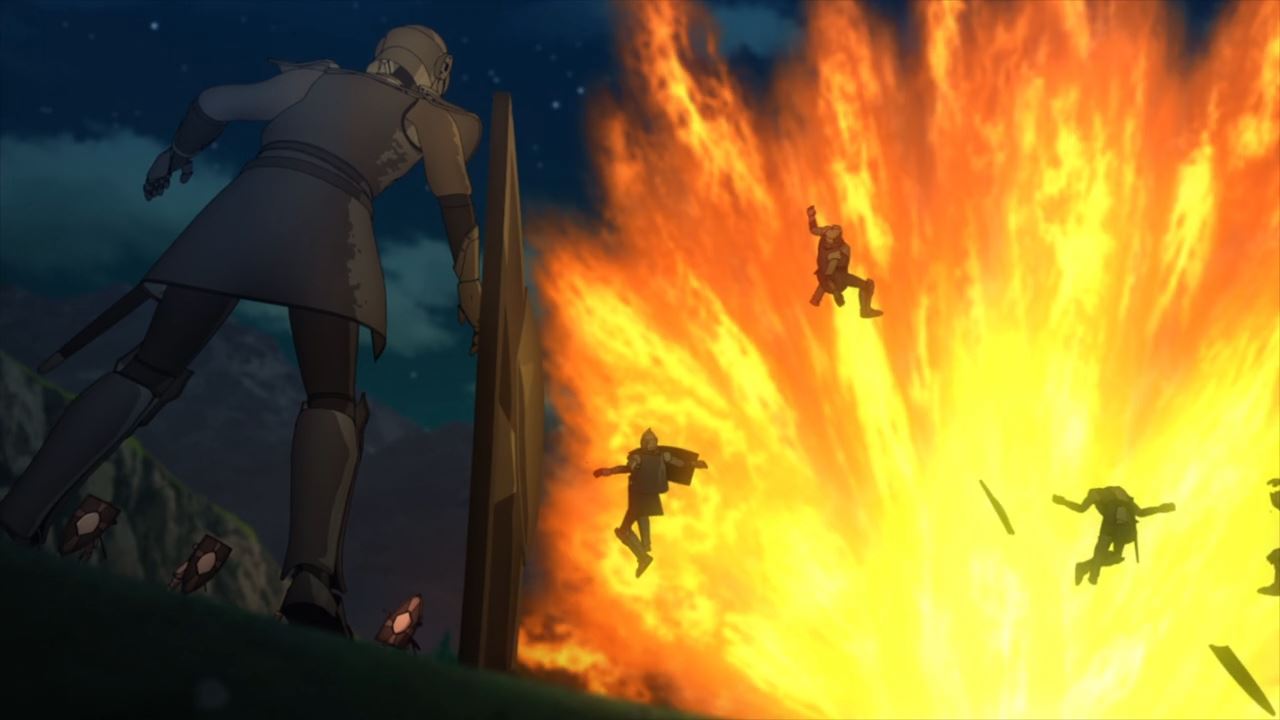 Of course, using his trusty sniper rifle is not enough to take them out without being exposed, so Lugh used Fahr Stones as a substitute to grenades as he attach those stones to arrows and launch them with greater effect towards the enemy. 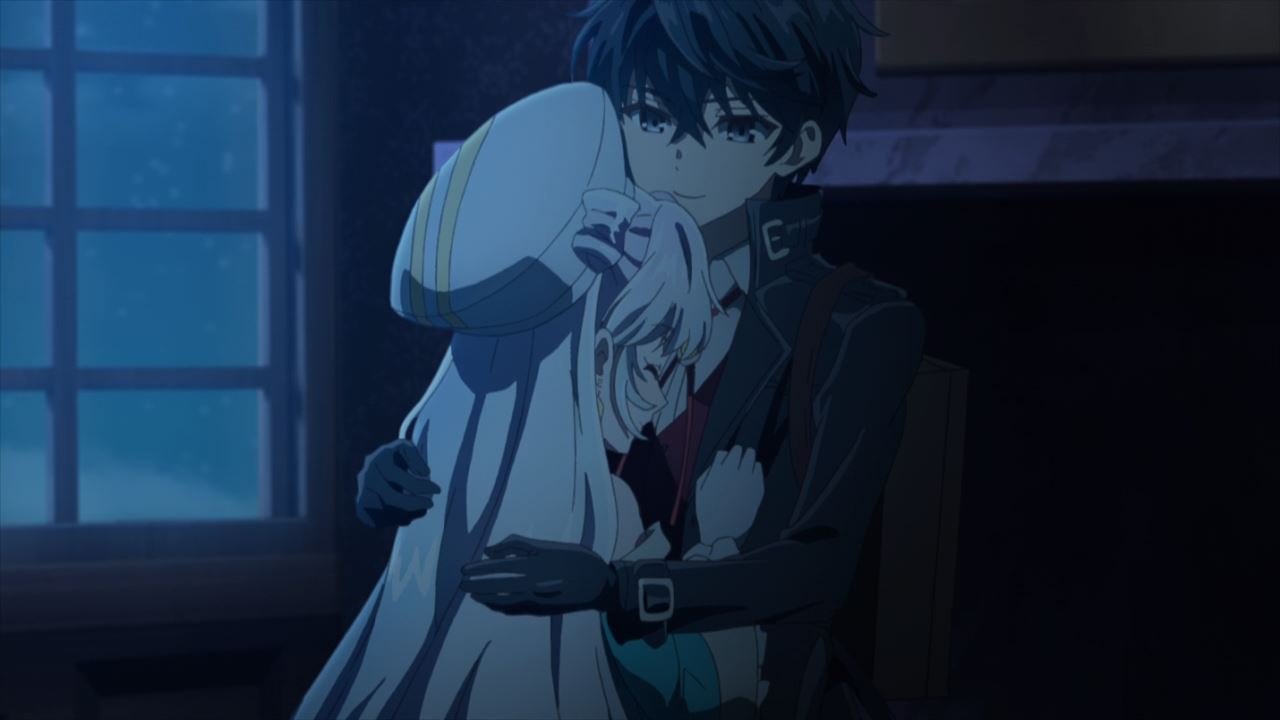 In any case, looks like Lugh is finally reunited with Dia and while it’s a happy reunion, it’s not over yet as Lugh will have to figure out how to stop the conflict. Should he fake Dia’s death or try to assassinate the commander of the rebels? 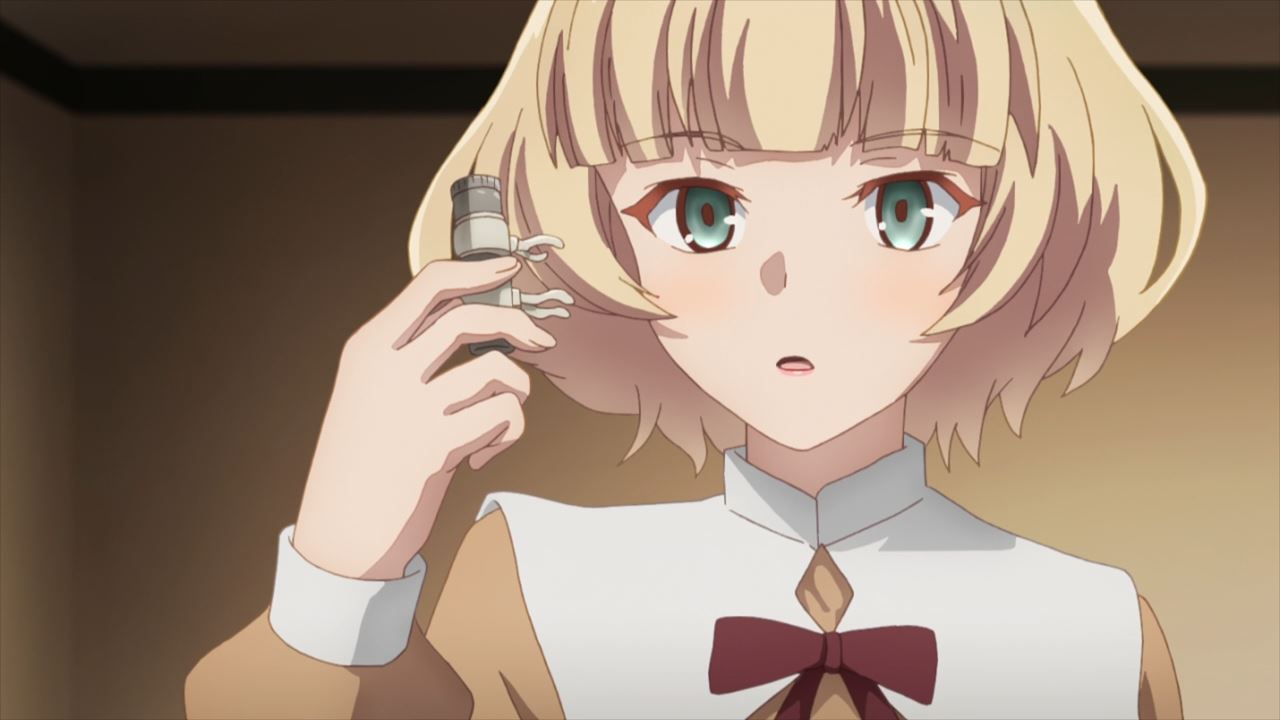 One last thing, looks like Maha received a report from one of her employees where Setanta MacNess and his army might storm into Count Viekone’s castle and kill Dia as soon as possible. 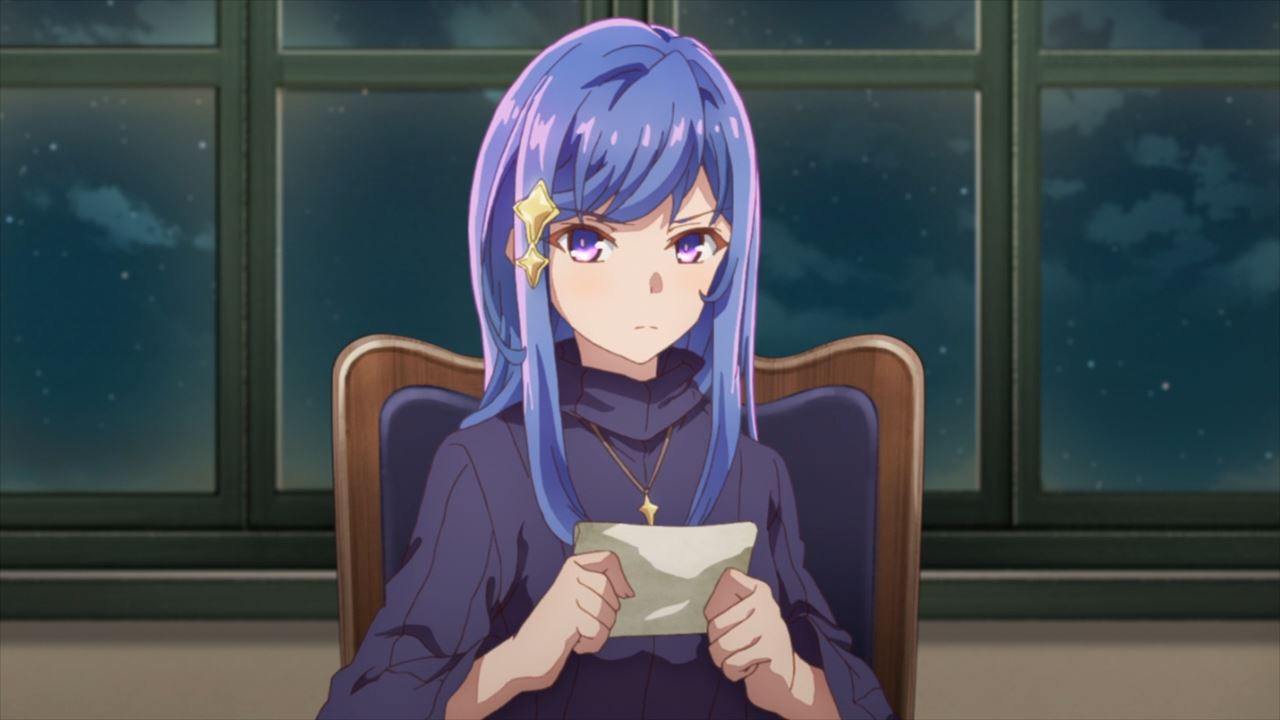 For Maha, she’s pretty alarmed that Lugh is in danger since Setanta MacNess is rumored to be the hero which possesses the divine weapon Gaebolg.

Anyways, I’ll see you next time for the final episode as I’m hoping that Lugh Tuatha Dé will not only rescue Dia Viekone, but also kill Setanta MacNess by any means necessary. After all, he’s the greatest assassin who’s reincarnated into a powerful noble.