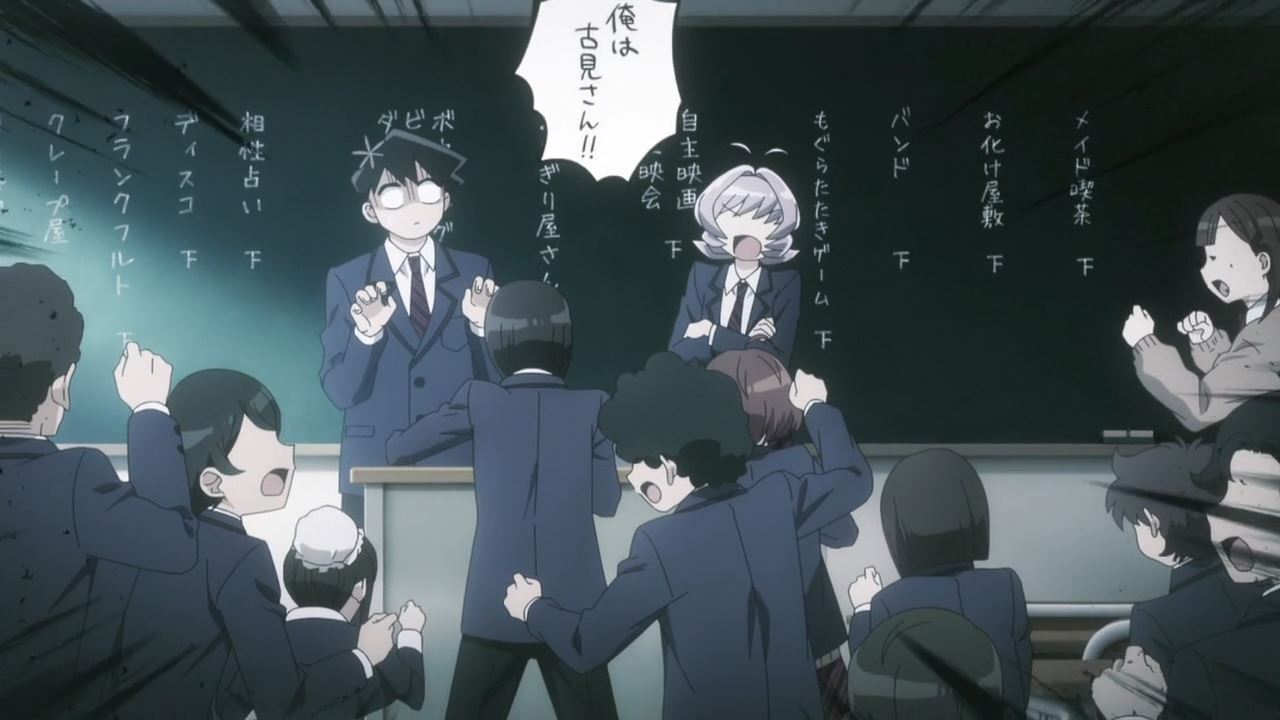 On this episode, chaos has risen in Itan Private High School where the students can’t decide on which stall they’ll make on the upcoming school festival.

Some wanted to create a haunted house, while others try to host a stage play. They can’t decide on anything unless someone breaks the deadlock. 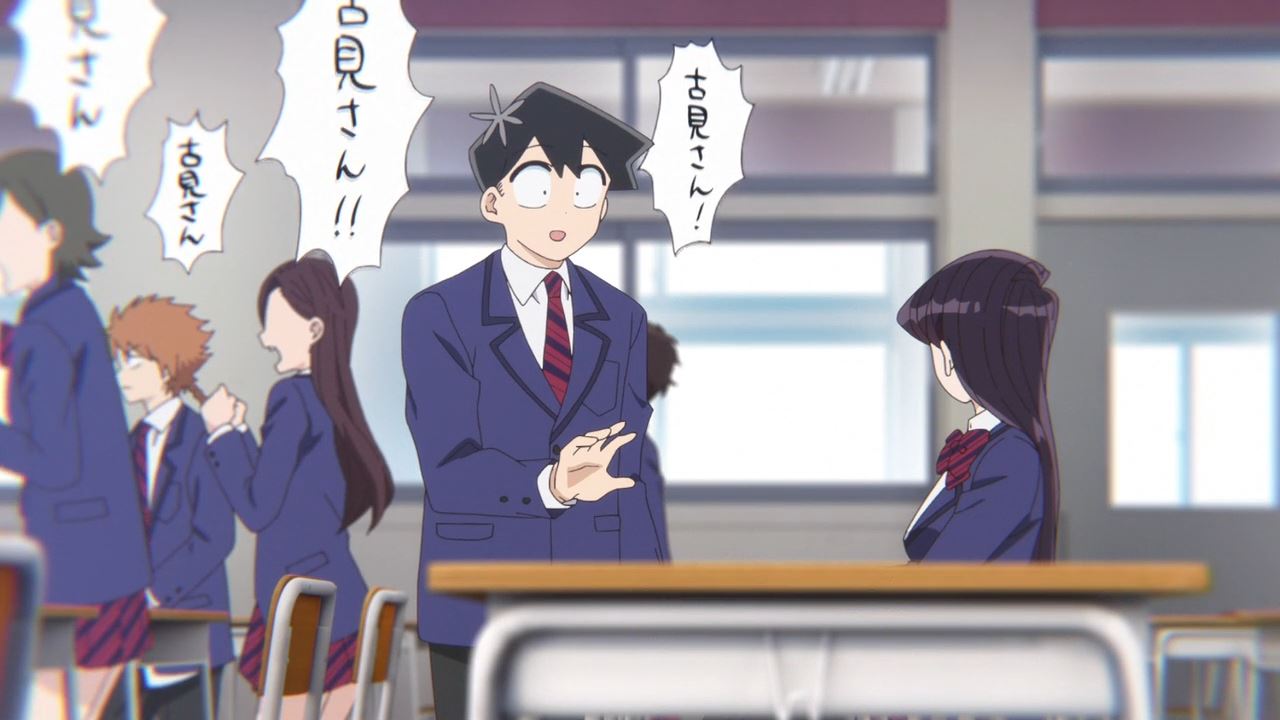 Well then, looks like Hitohito Tadano will have to ask Shouko Komi on what stall she would like to have, although I fear that Shouko might not provide a clear answer. 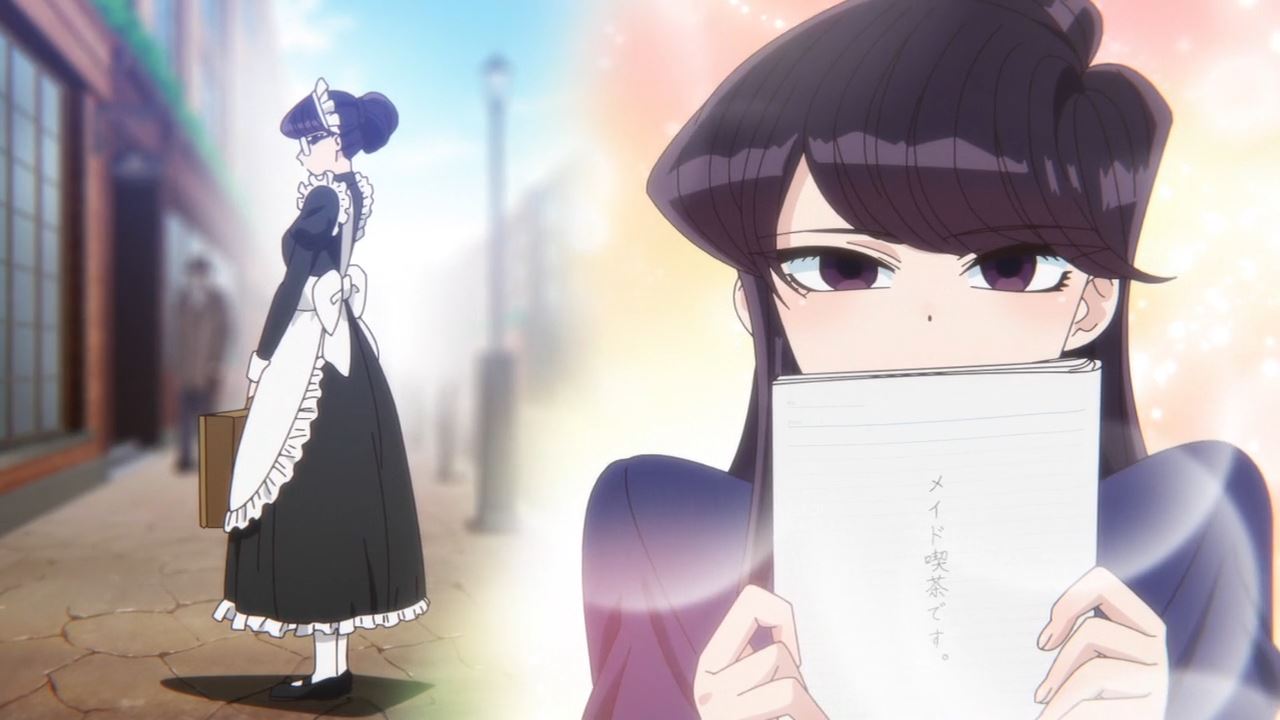 That’s until Komi-san decides to have a maid café in the upcoming school festival.

Are you sure about that, Komi-san? I mean, you have to communicate with the customers aside from wearing a maid uniform. 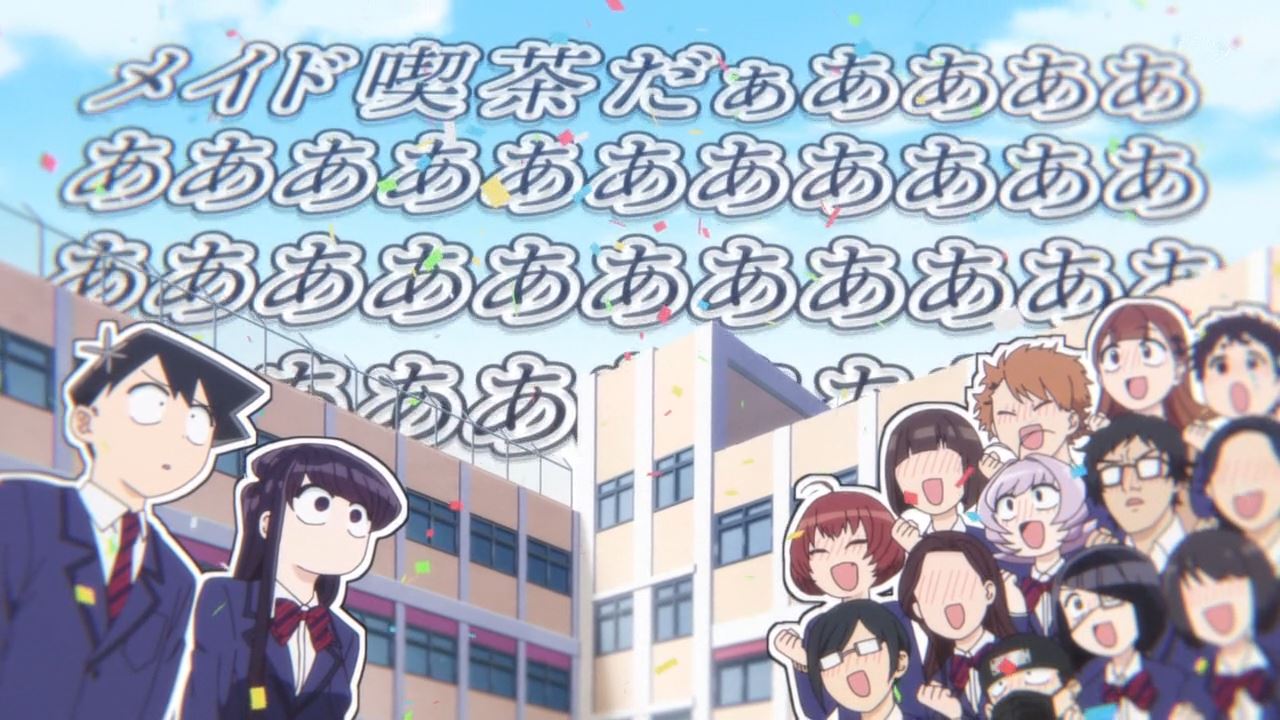 But for the rest of the class, Komi’s choice is the law as they decided to host a maid café. All I can say is that Komi-san is the one who can break the deadlock.

Well then, time for them to make preparations for the upcoming school festival! 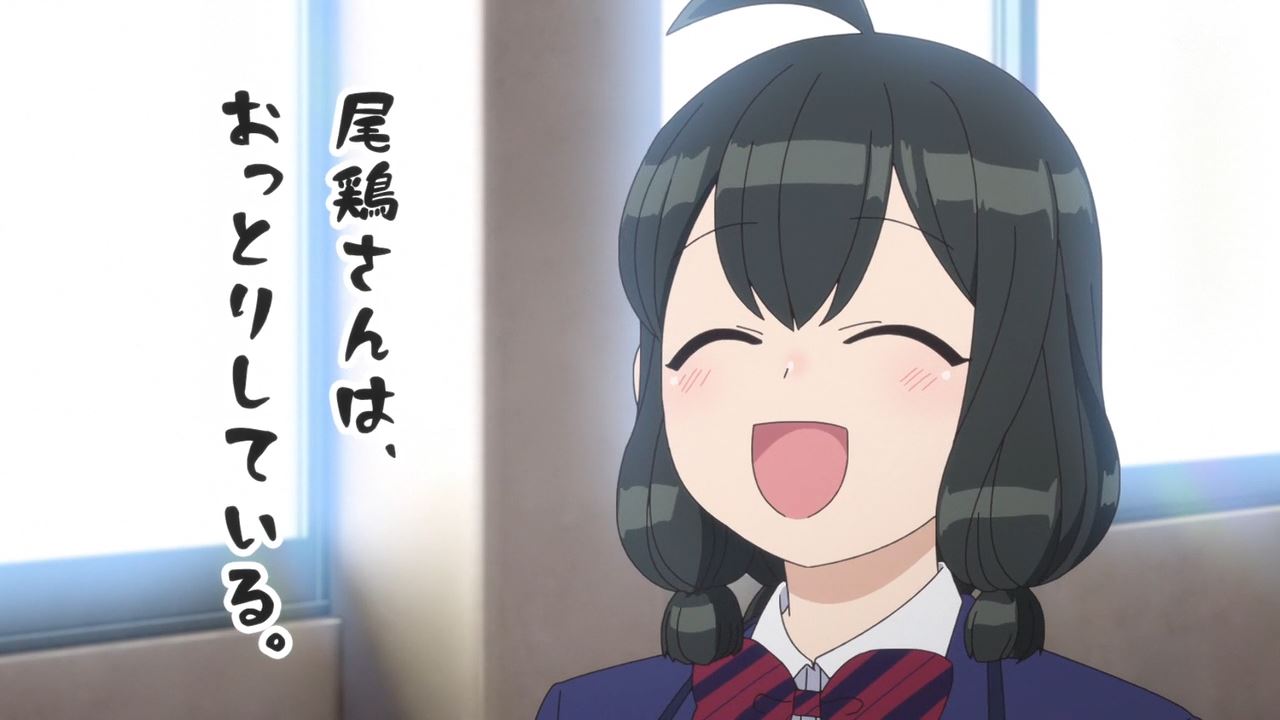 Meanwhile, we have a new character named Kaede Otori where she’s actually an airhead who likes to move at an easy pace.

Oh, and being an airhead means that it’s a pain for someone to look over her as Otori-san might get lost or do something dangerous. 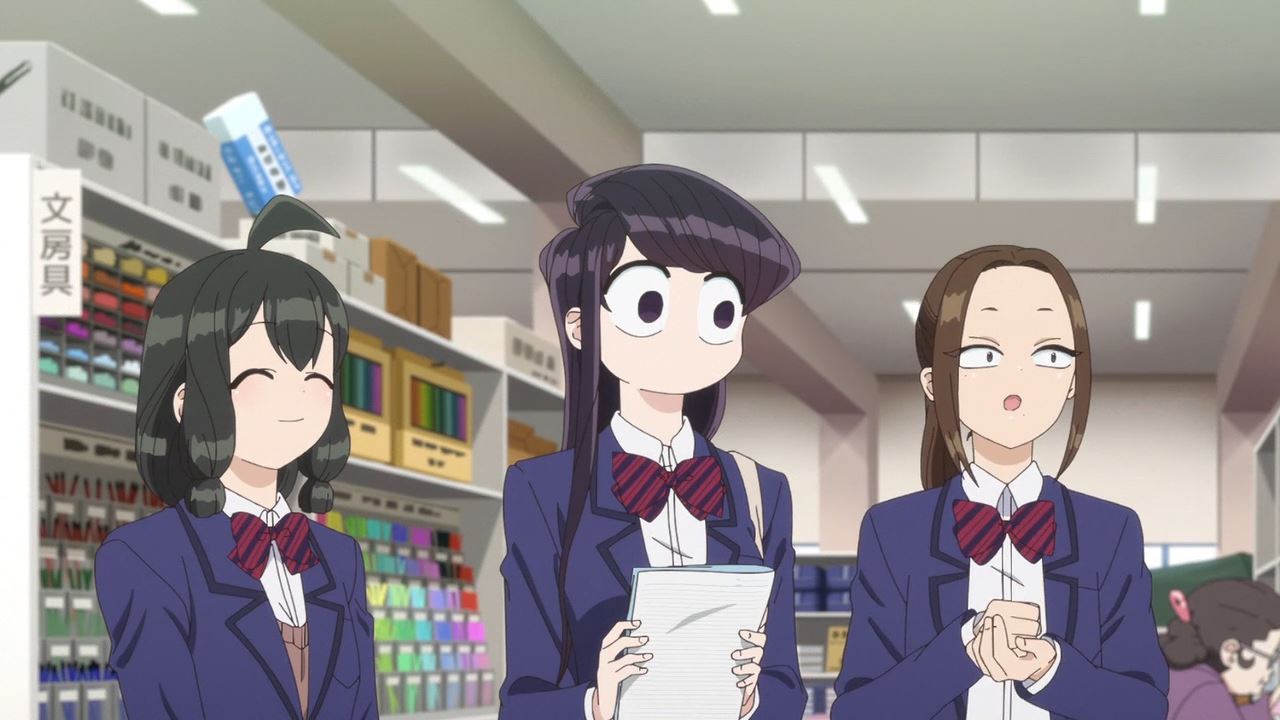 Anyways, Kaede Otori went to the hardware store together with Shouko Komi and Nene Onemine as they’re gonna buy some materials for their maid café. 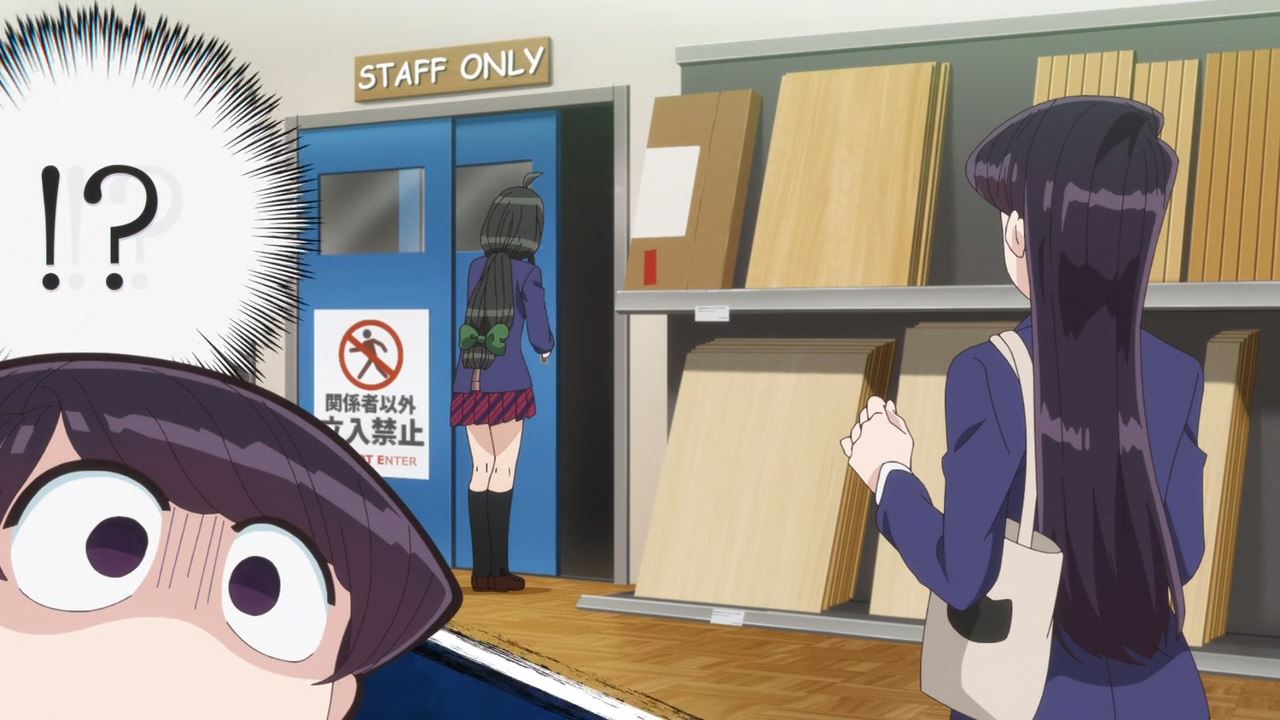 Of course, the problem is Kaede herself where she accidentally went to the staff room and carry a chainsaw, much to the staff’s chagrin.

In the end though, Komi-san managed to befriend Otori-san despite the inconvenience surrounding her absent-mindedness. 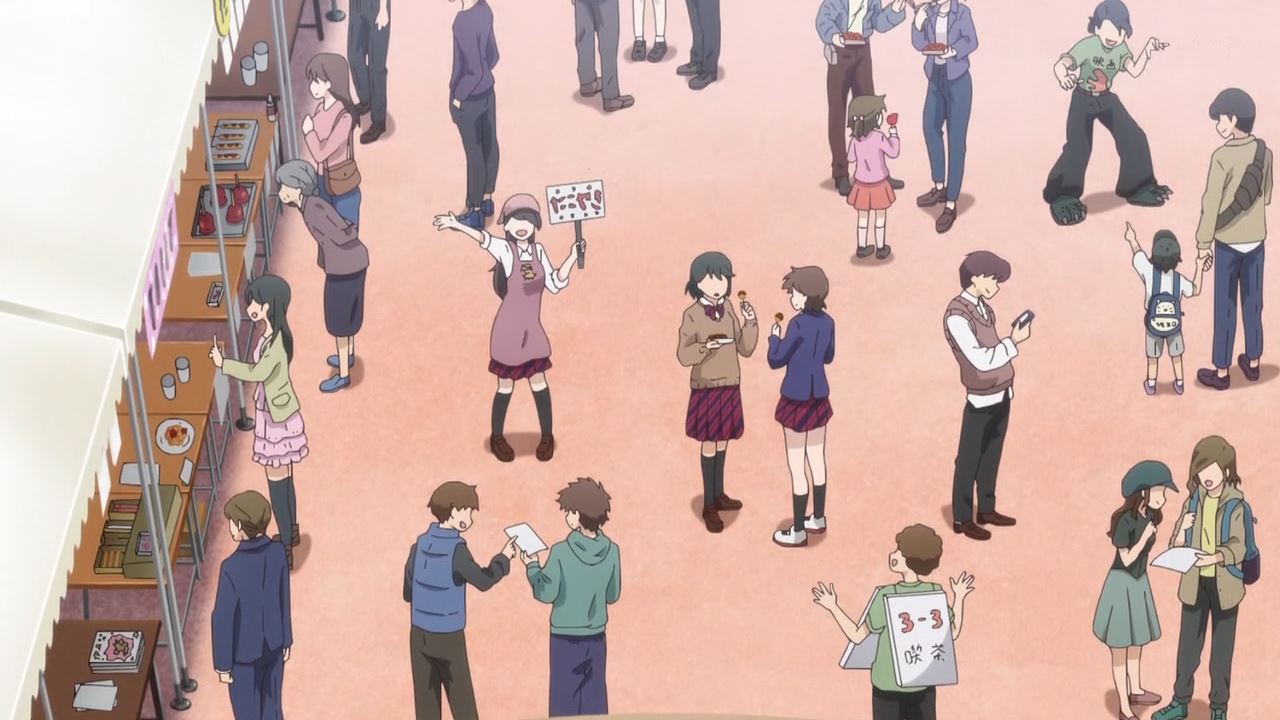 Now then, the festival has begun in Itan Private High School as everyone are in high spirits, especially when Shouko Komi is gonna wear a maid uniform. 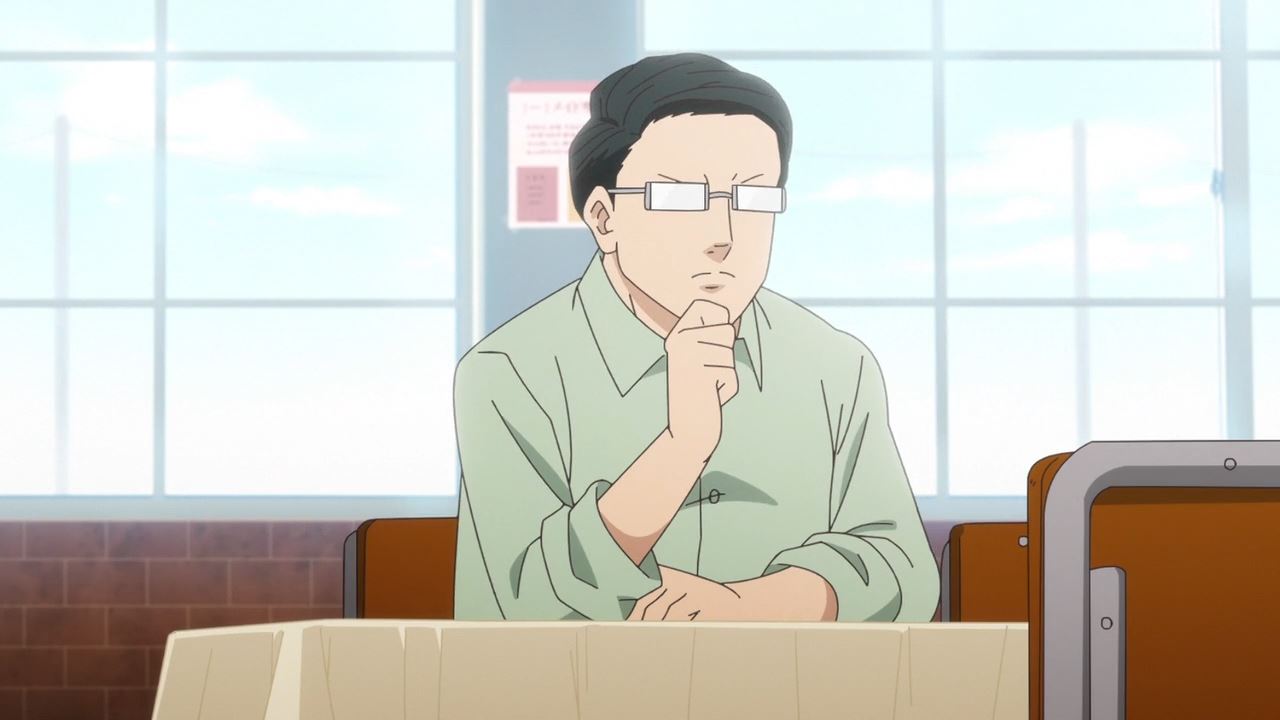 However, Komi-san will be subjected to a maid expert named Tatsuhito Asado where he’ll look at maids that piqued his interests. 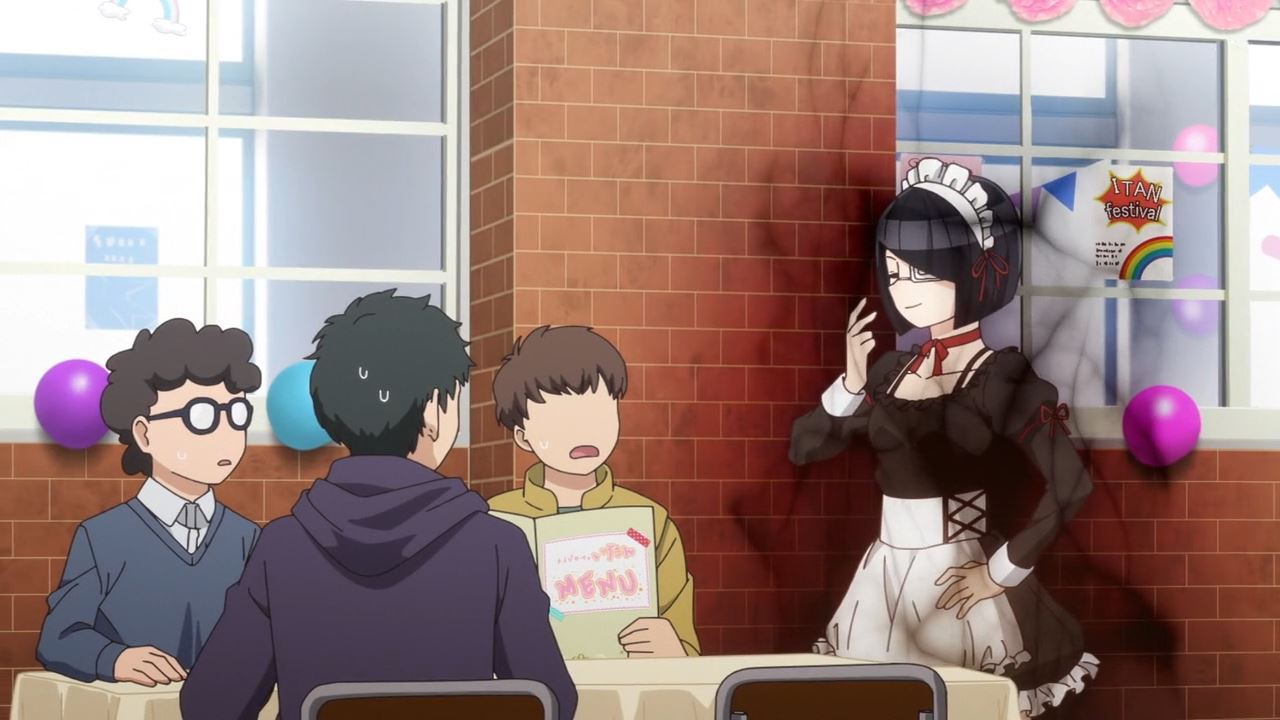 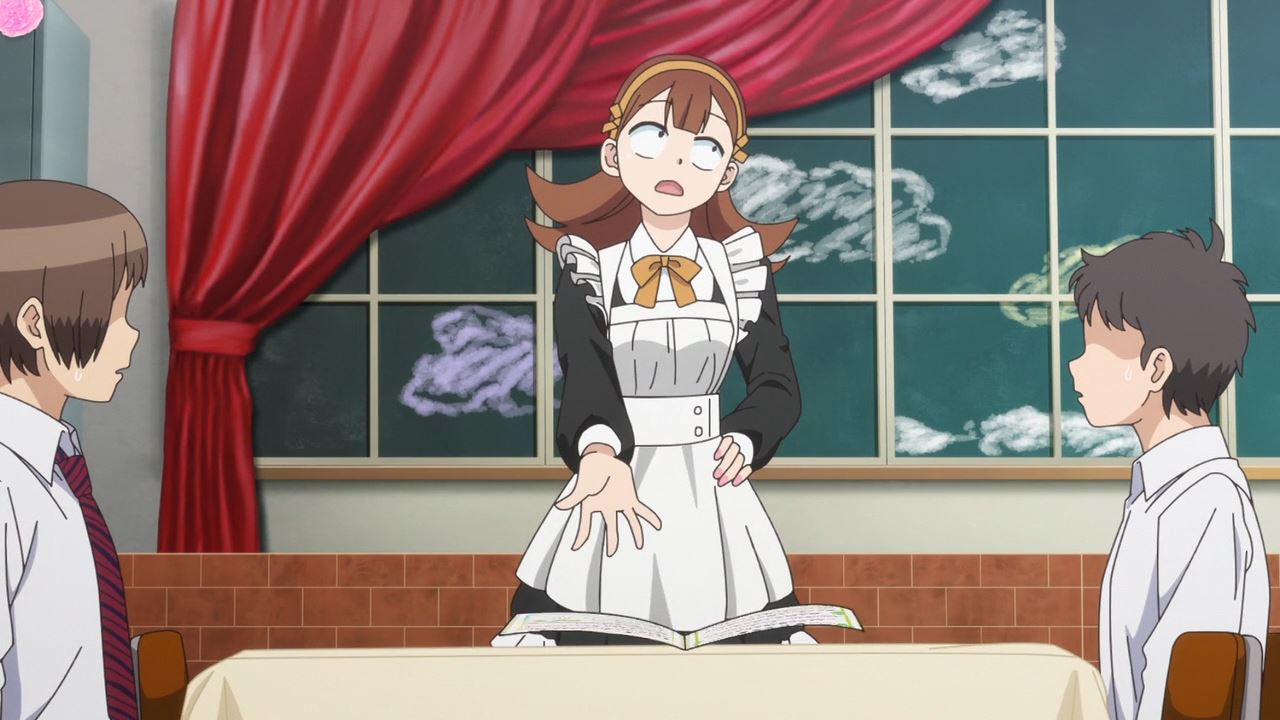 Now then, Asado-san looked at various maids where he have seen these typical traits before, from the chuunibyou type to tsundere type.

Speaking of Ren Yamai, she’s usually a yandere type and she doesn’t act sweet to everyone else except for Shouko Komi. 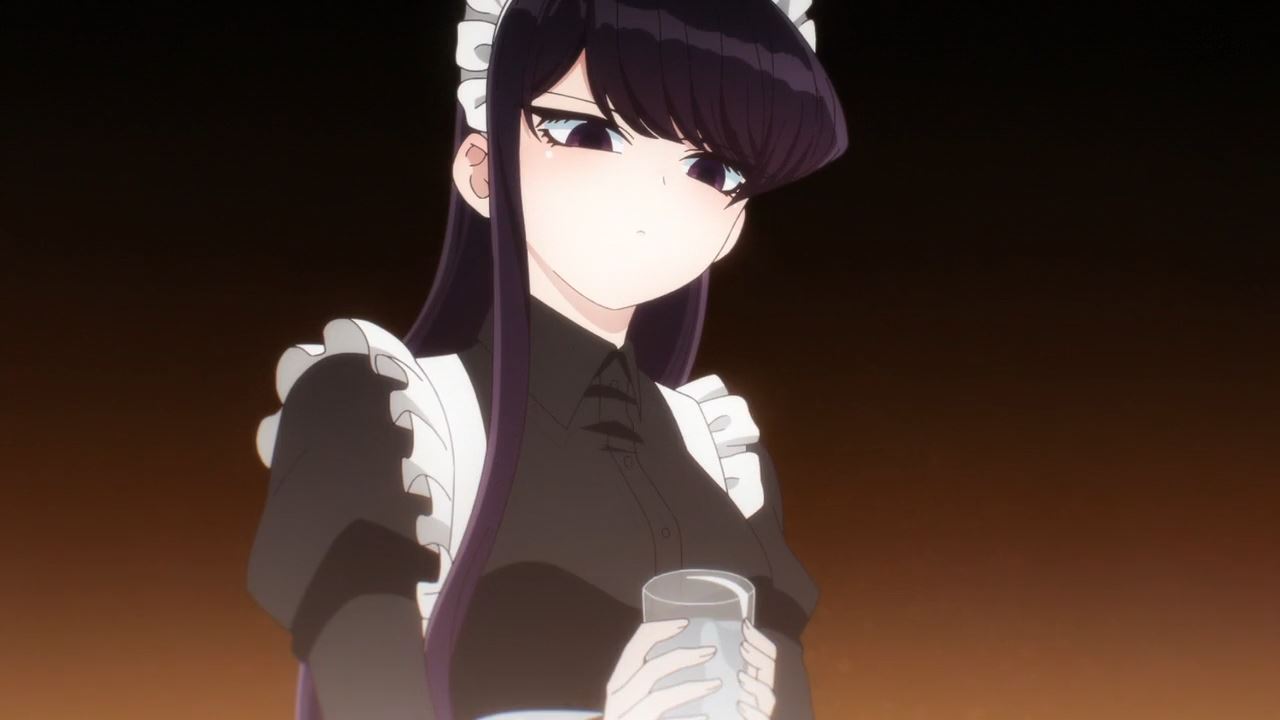 Anyways, here’s Komi-san where she’s looking down at the customer but in truth, she’s just nervous. 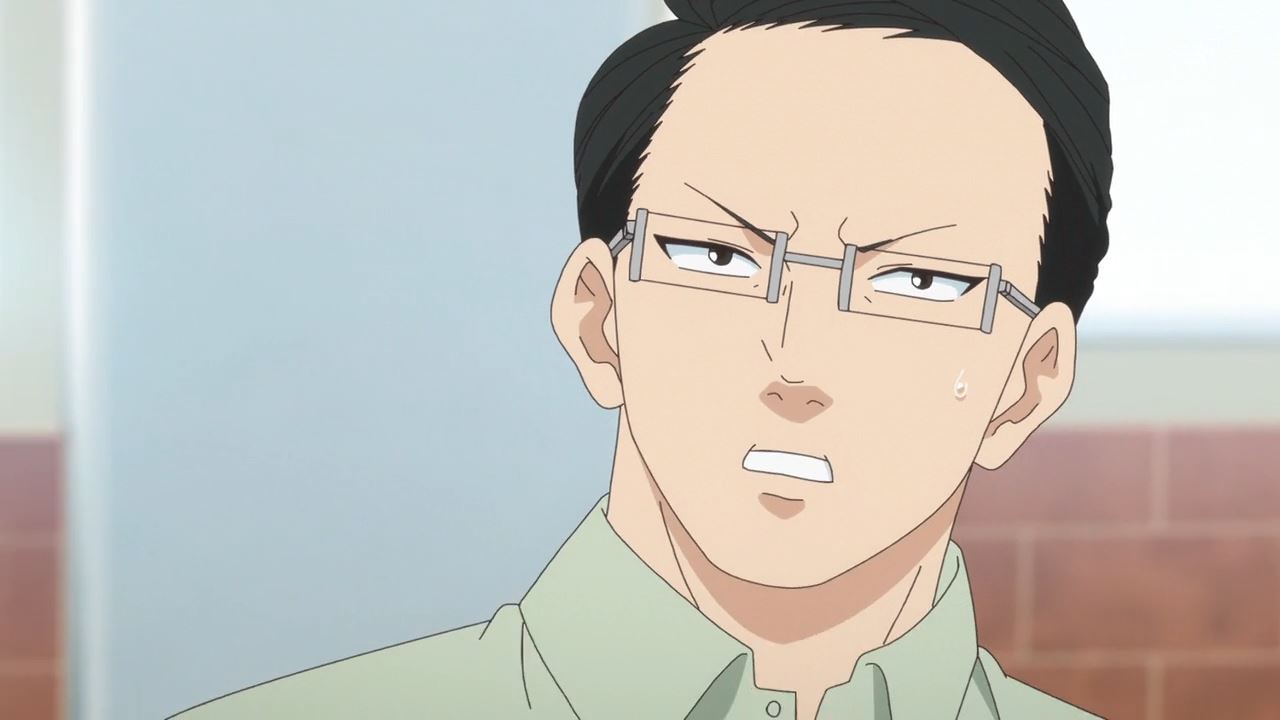 And here’s Tatsuhito Asado where he’s mesmerized by Shouko Komi’s cold appearance, even though the truth is that Komi-san has communication problems. 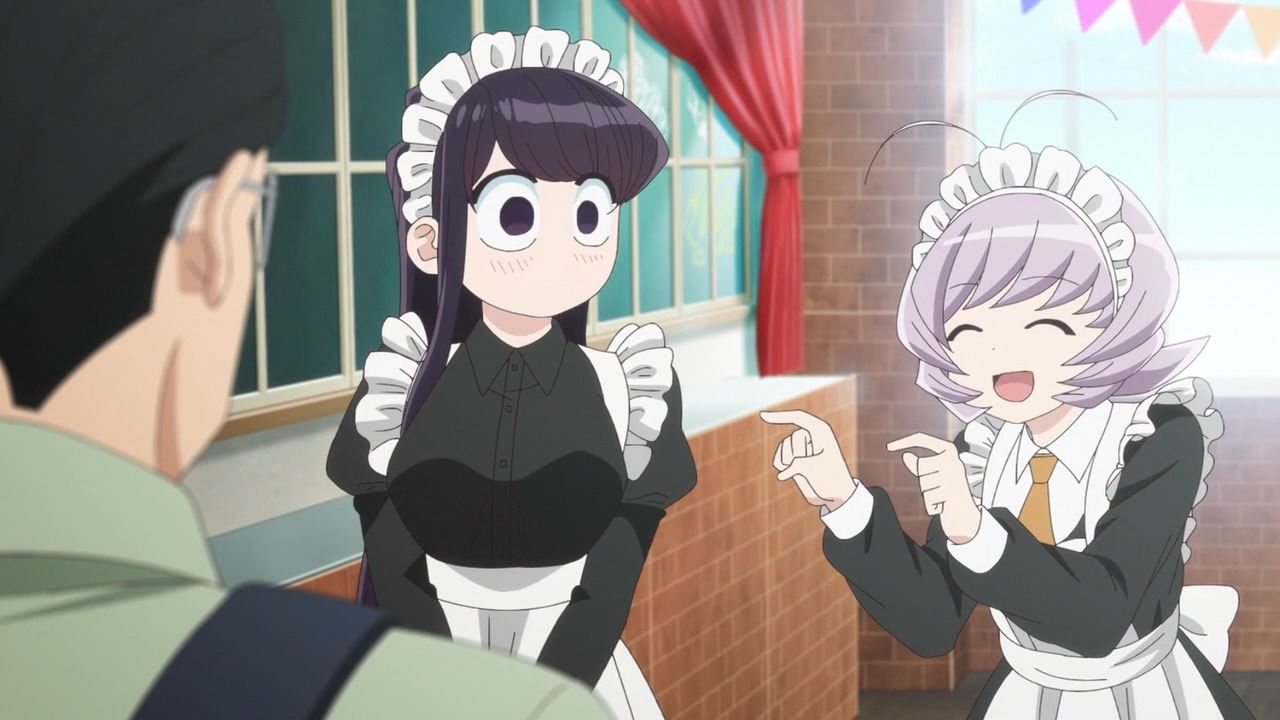 Well, that’s until Najimi Osana explained to him that Shouko Komi is just shy. But hey, looks like Asado-san found a winner in the form of Komi-san. 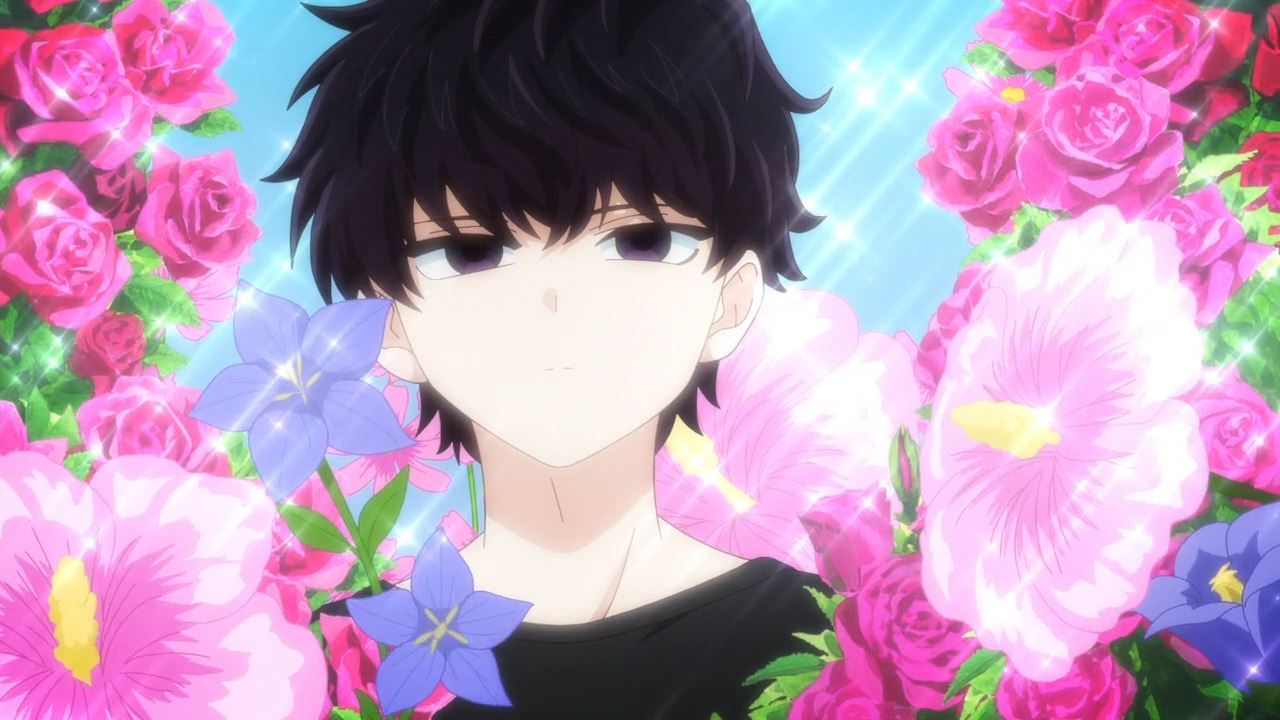 One last thing, looks like Shouko Komi’s family went to Itan Private High School where they want to see her. First off, it’s Shouko’s brother Shousuke. 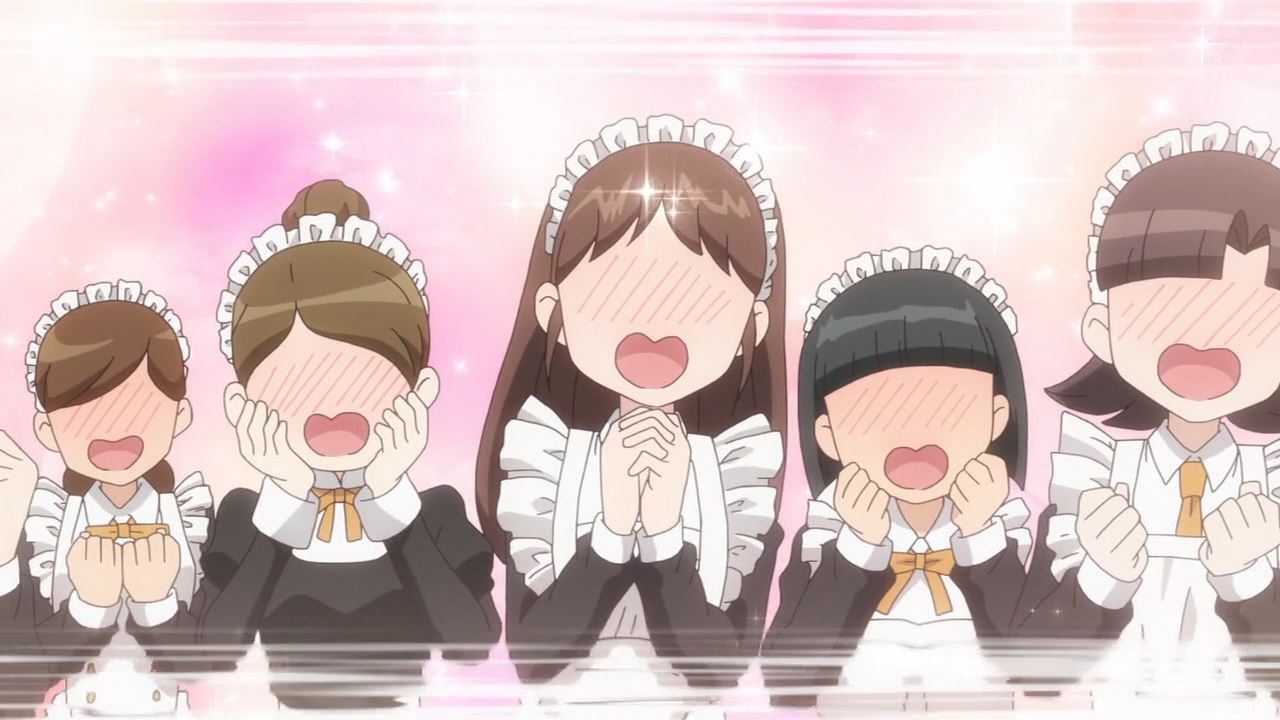 And as you can see, Shousuke’s presence has attracted all the girls in school. C’mon, he’s related to Shouko after all so it’s a given that he’s attractive! 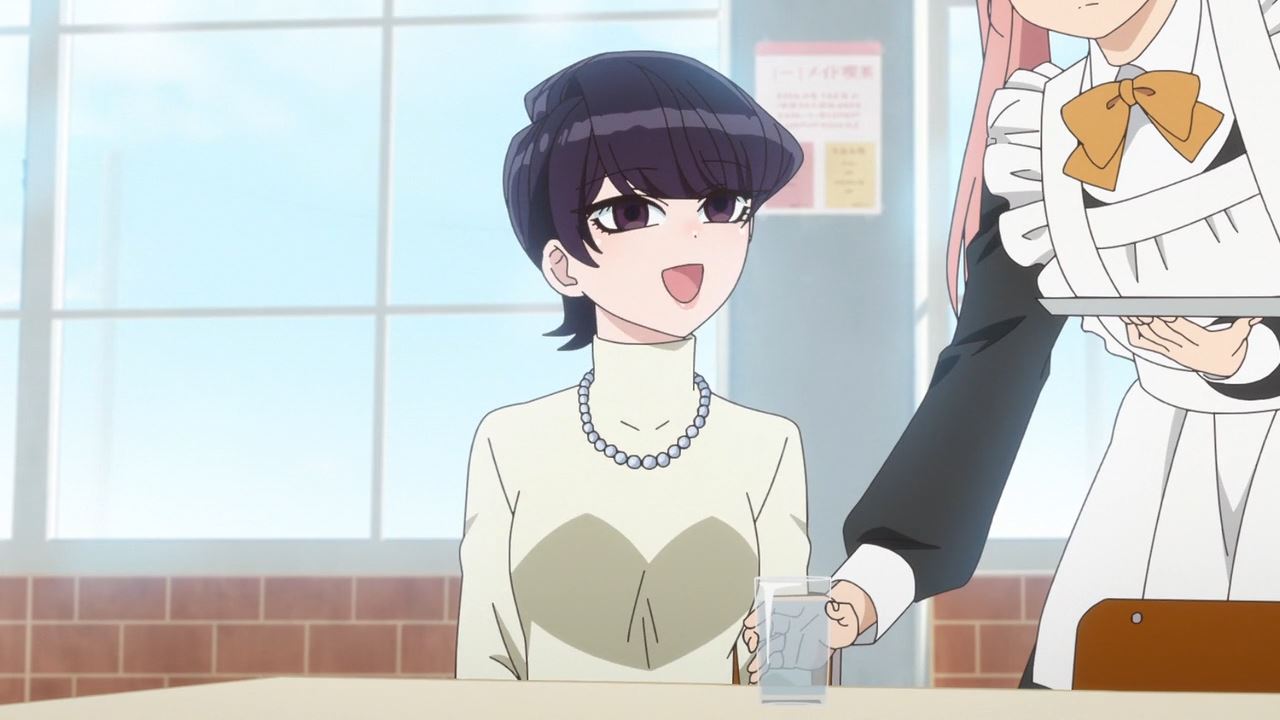 Also, here’s Shuuko Komi where Shouko’s mother wants to be served by a maid. I wonder what happened to her husband though? 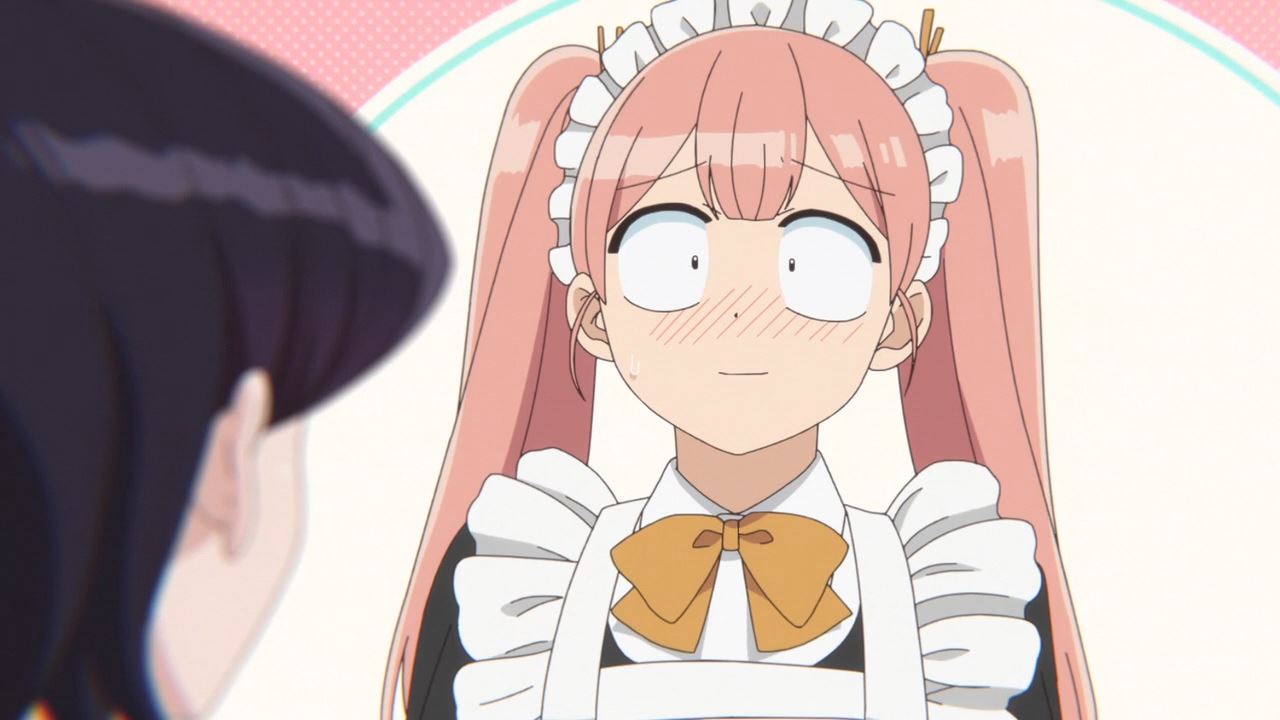 Oh yeah, here’s the maid where it turned out to be Hitohito Tadano. What can I say, Tadano-kun looked so attractive while wearing a maid uniform!

Then again, let’s hope that nobody would see him dressed-up as a girl… 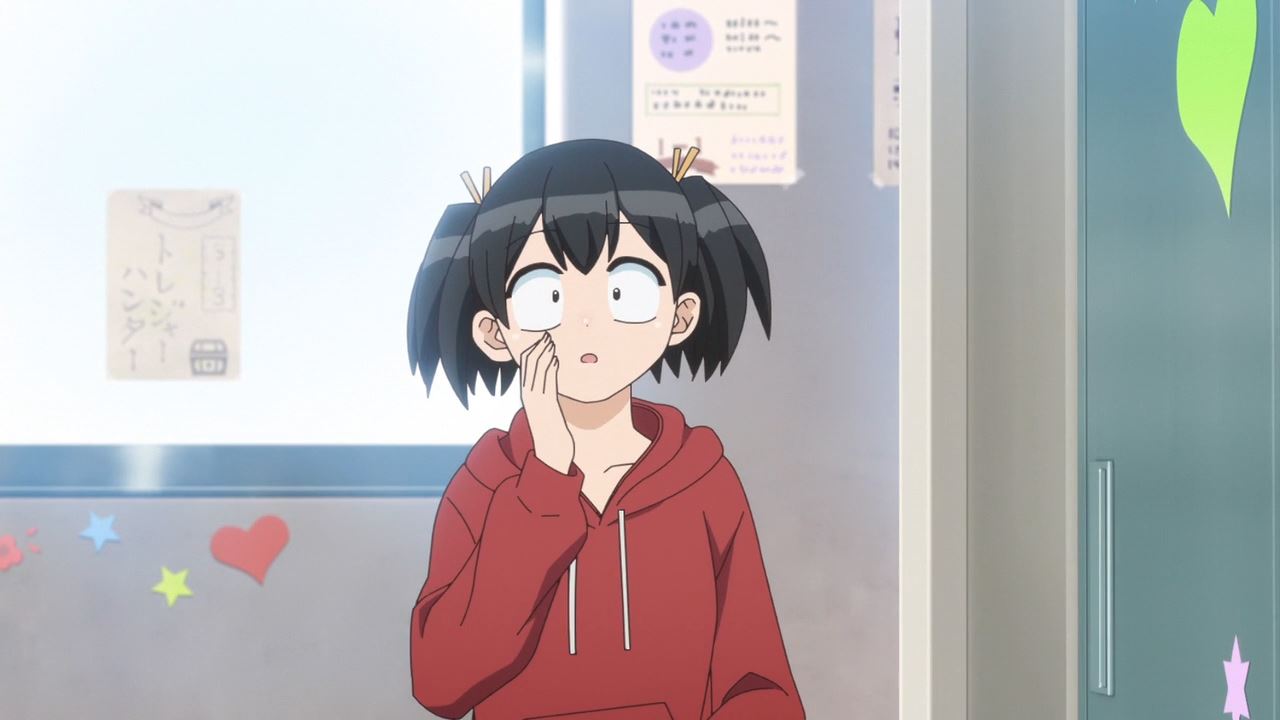 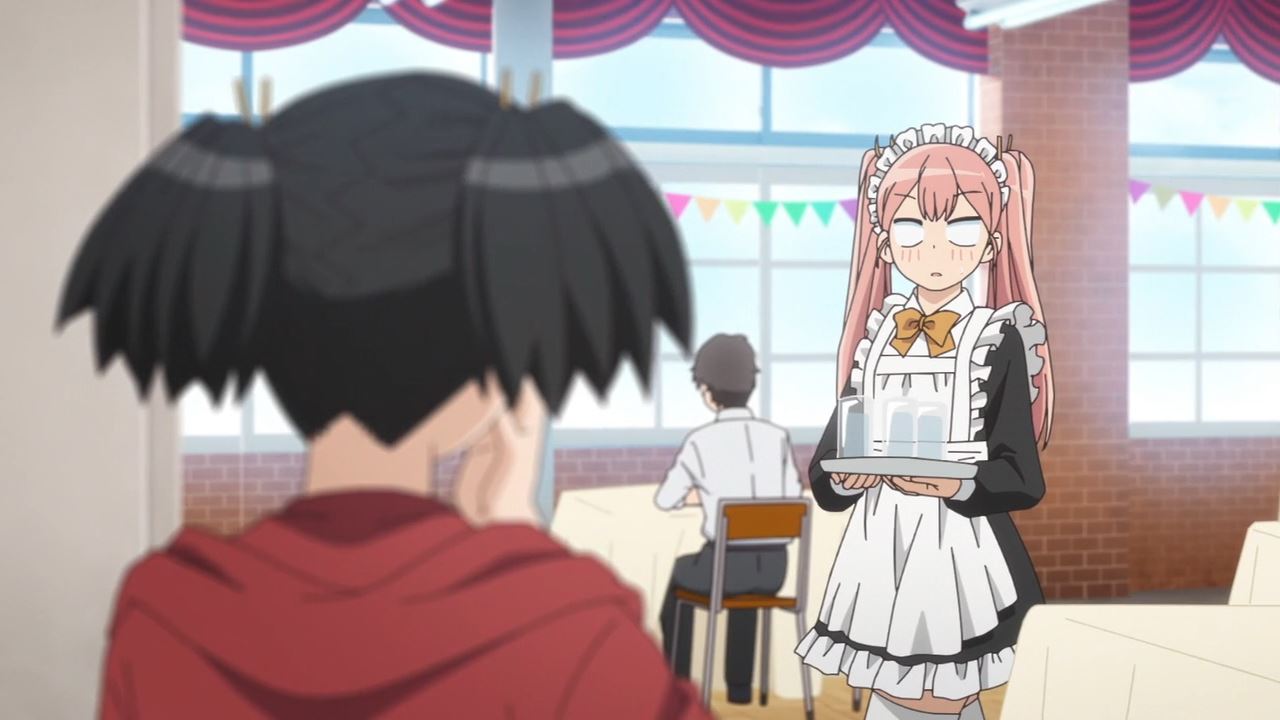 Oh wait, too late for that as Hitomi Tadano visited Itan Private High School, only to find out that her brother is wearing a maid uniform.

Also, Hitomi managed to take a picture of her cute big brother ’cause she can’t miss this opportunity to blac- I mean, ask him for favors in the future. 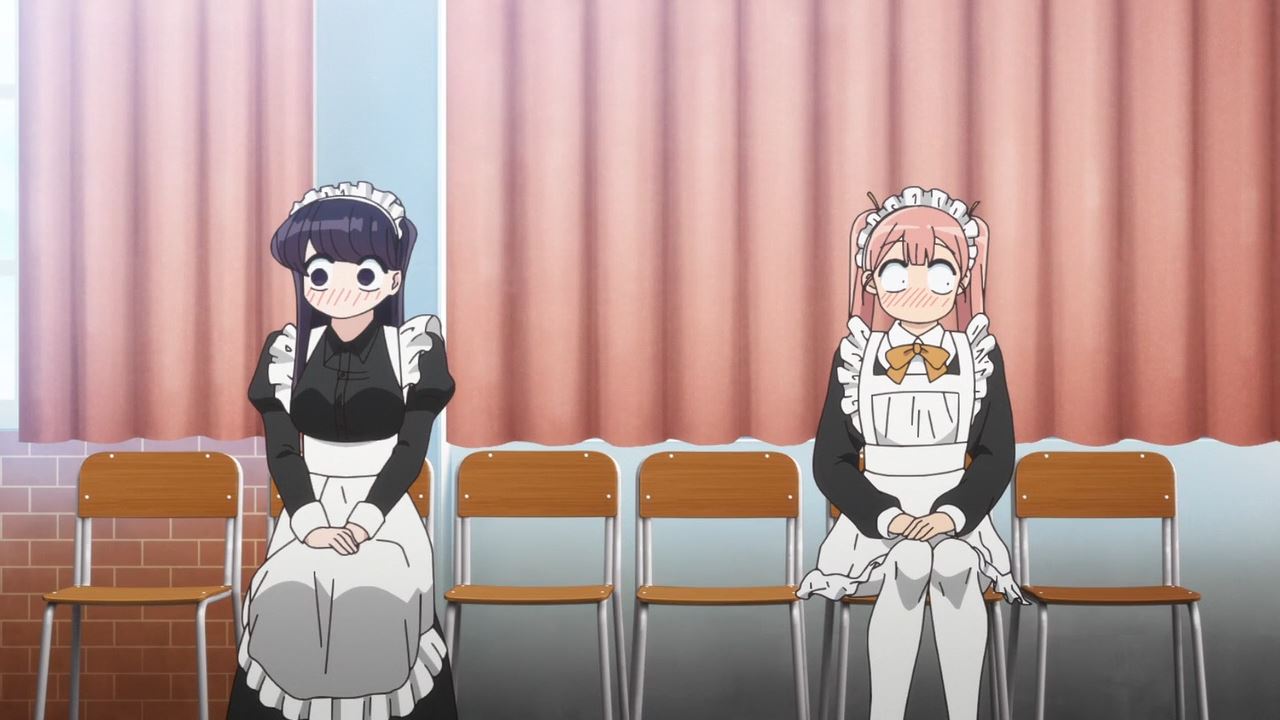 Anyways, what a memorable day at the school festival where Komi-san and Tadano-kun had lots of fun, although they’re still shy to each other because for one, Shouko Komi was surprised to see Hitohito Tadano in a maid uniform.

Of course, there’s one more episode to go where the school festival is not yet over. Now then, who will take Komi’s hand at the bonfire dance? We’ll find out next time!