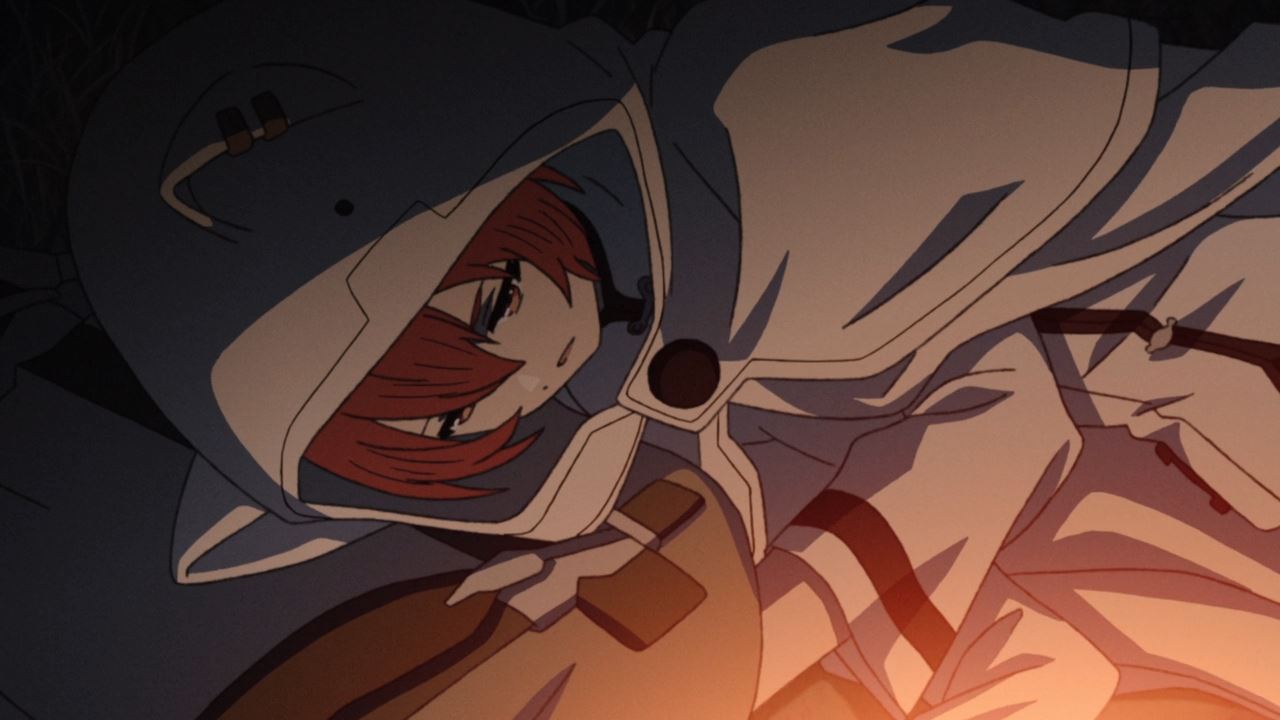 Let’s start this finale with Eris Boreas Greyrat where after having a one-night stand with Rudeus, she cut her own hair and left the refugee camp. 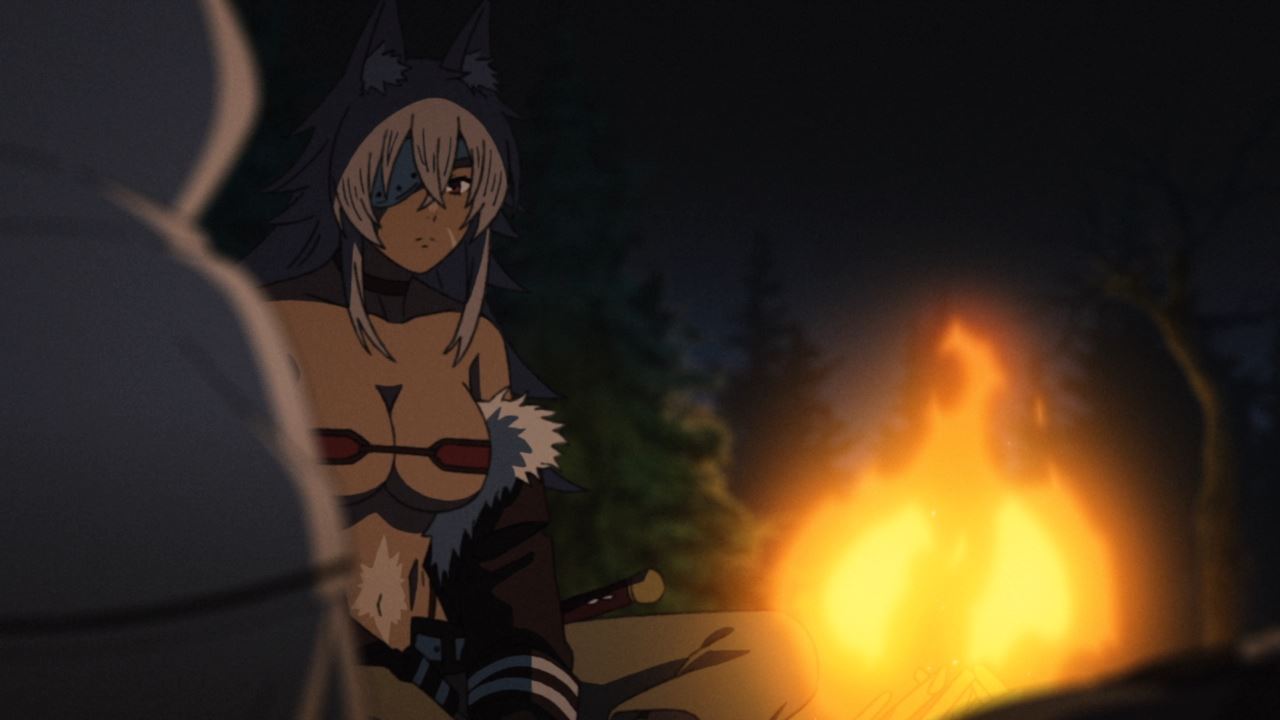 Accompanied by Ghislaine Dedoldia, Eris is determined to become a stronger warrior so that she can take on Orsted, the Dragon God.

Of course, Eris is worried about leaving Rudeus behind and while she hopes that he can get up on his two feet…. 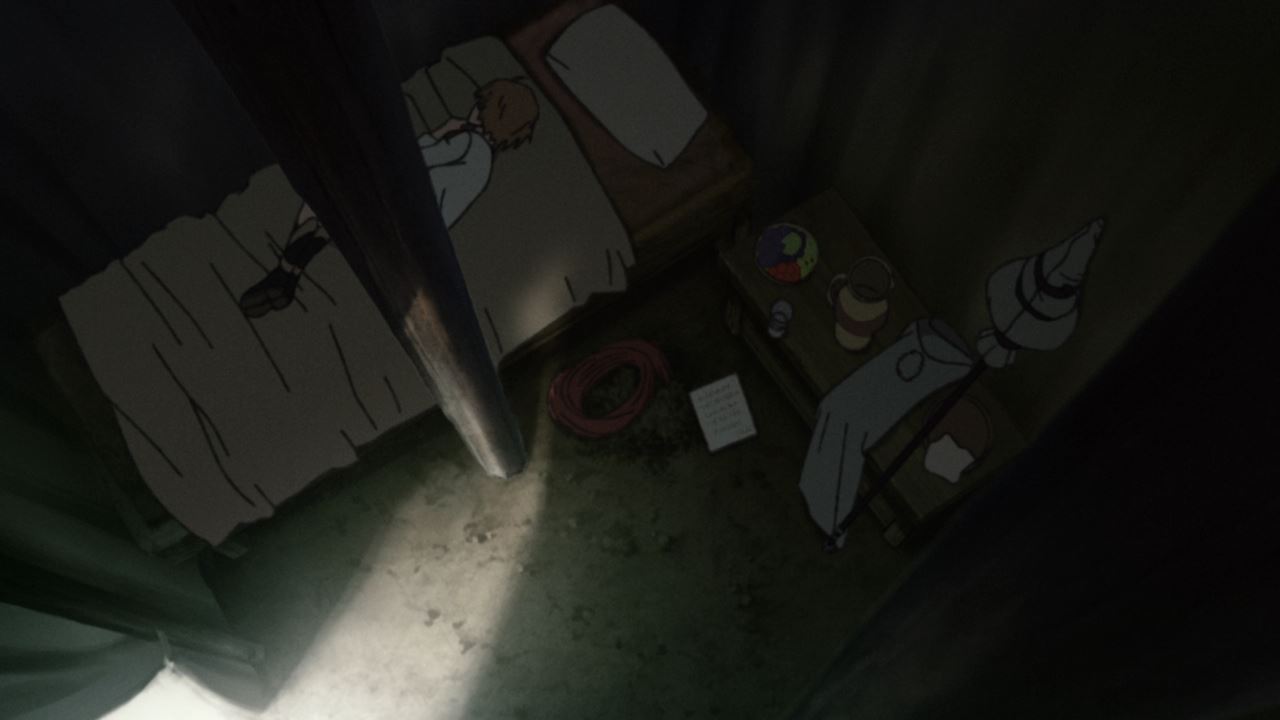 …Rudy is pretty much depressed that he doesn’t want to go outside. Man, I’m scared that he might become a reclusive individual in this fantasy world as Rudy’s trauma from his previous life is returning. 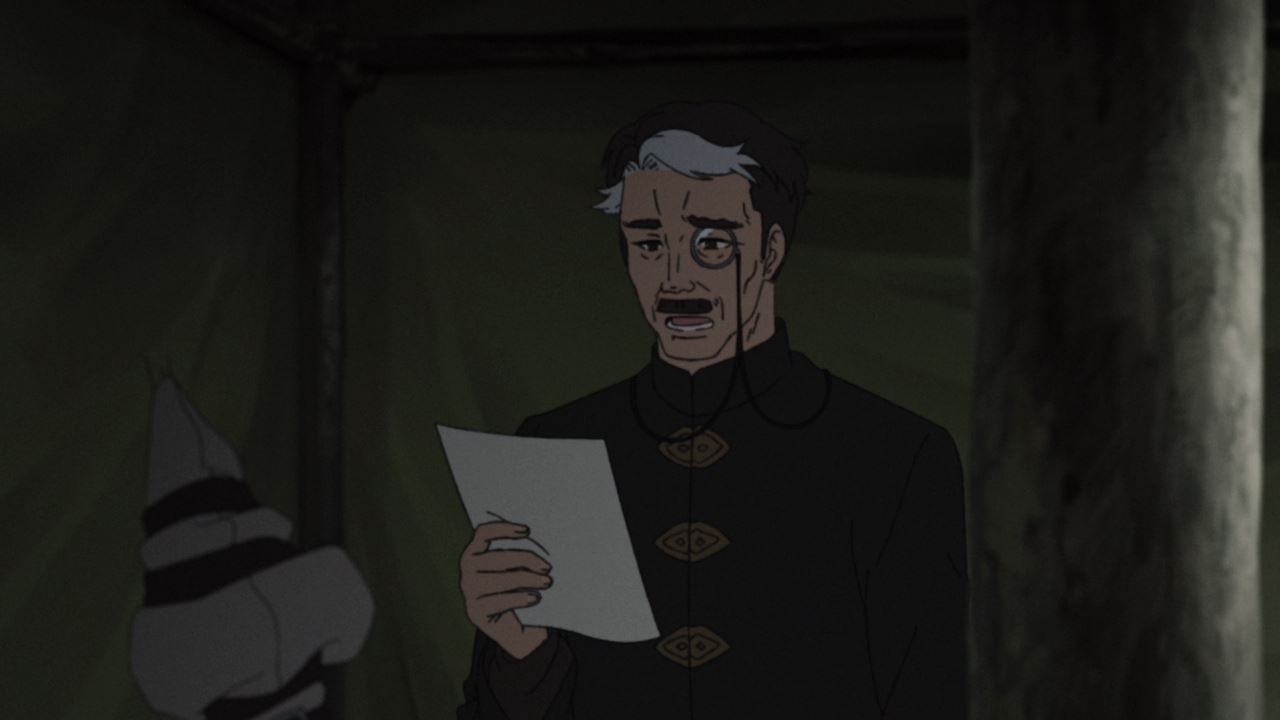 Anyways, here’s Alphonse where he wants Rudeus to help the villagers in rebuilding Fittoa, although he’s not in a good mood since Eris left him. It’s gonna take a while for his heart to heal. 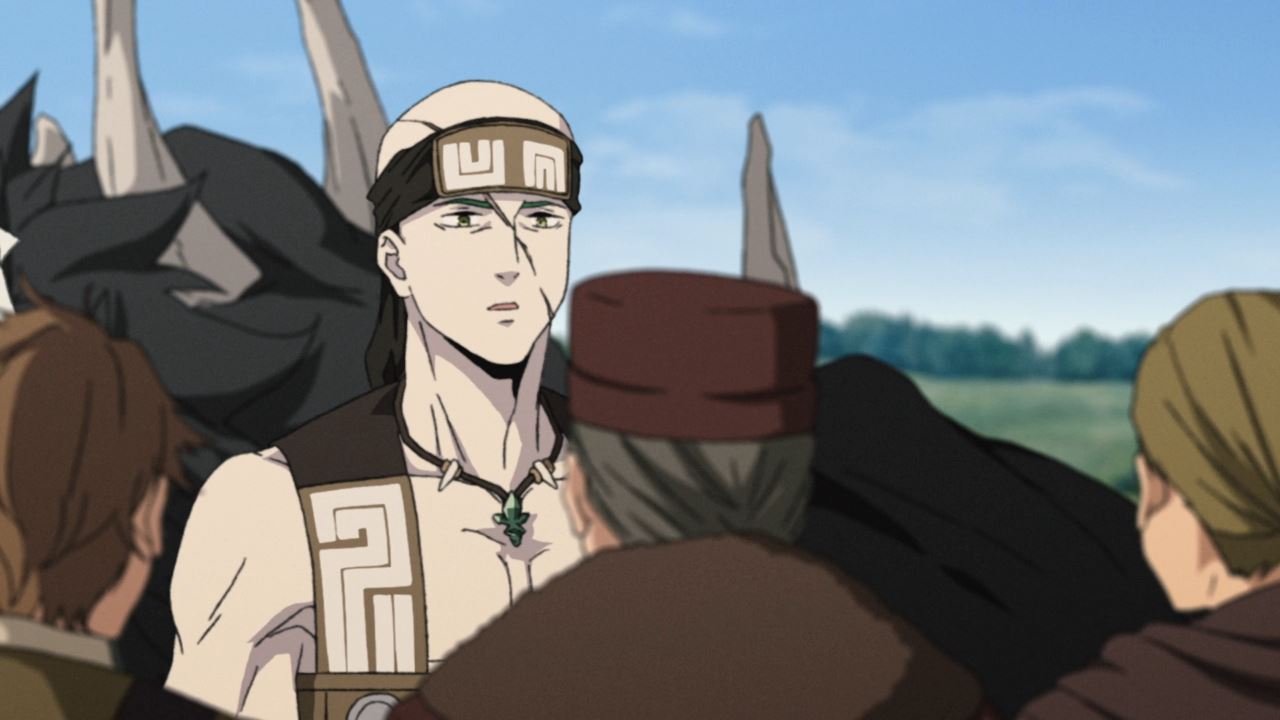 Now then, let’s move onto Ruijerd Superdia where his exploits has earned praise among the adventurers as they view him as a reliable ally.

Well, I have to say that his clan are no longer viewed as savages thanks to Rudy spreading awareness to the Superd clan. 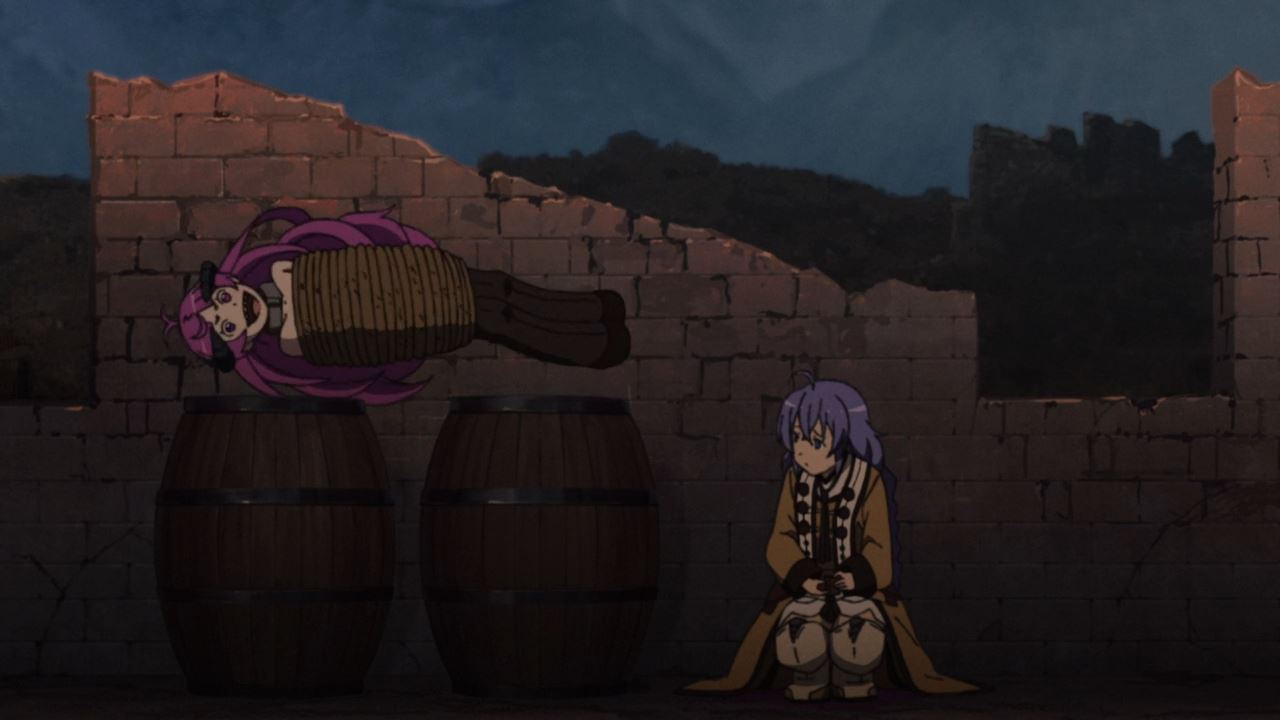 Also, here’s Roxy Migurdia where she and her two companions, Talhand the Clifftop and Elinalise Dragonroad, are still at the Demon Continent searching for Rudeus and Eris.

However, Roxy Migurdia met Kishirika Kishirisu where the demon told her regarding Rudy’s whereabouts as he’s already returned to Fittoa. 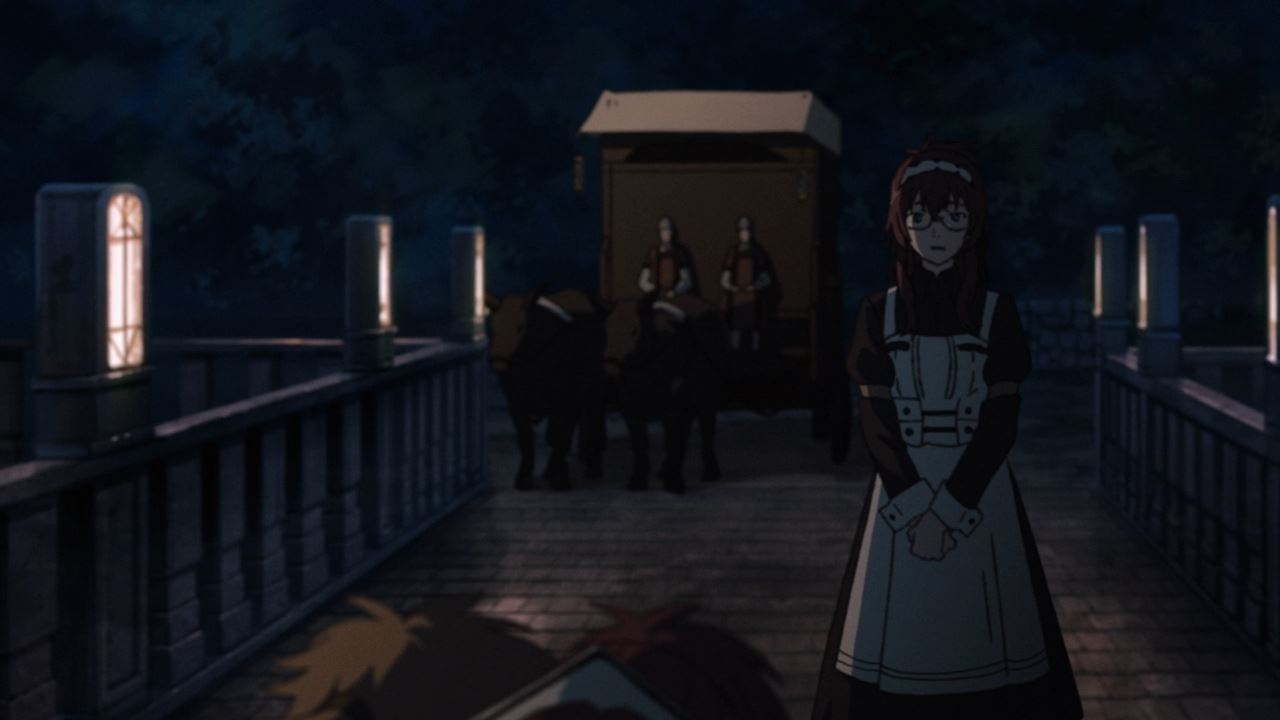 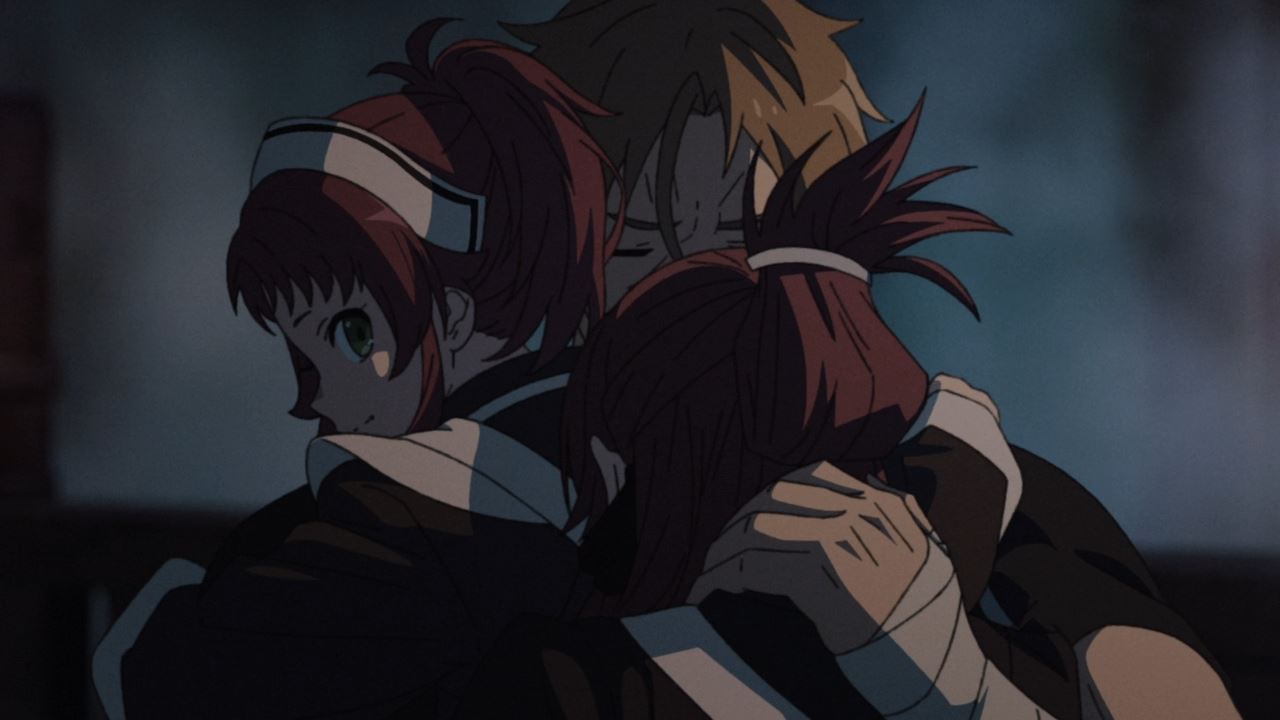 As for Rudy’s family, it seems that Paul has finally reunited with Lilia and Aisha as he really missed his mistress/maid. Of course, the only person who’s missing is Zenith where according to Kishirika, she’s located at the labyrinth city of Rapan.

Now, I think Roxy and her party will have to travel to the Begaritt Continent where Rapan is located there. Let’s hope that Zenith is still alive in the labyrinth city. 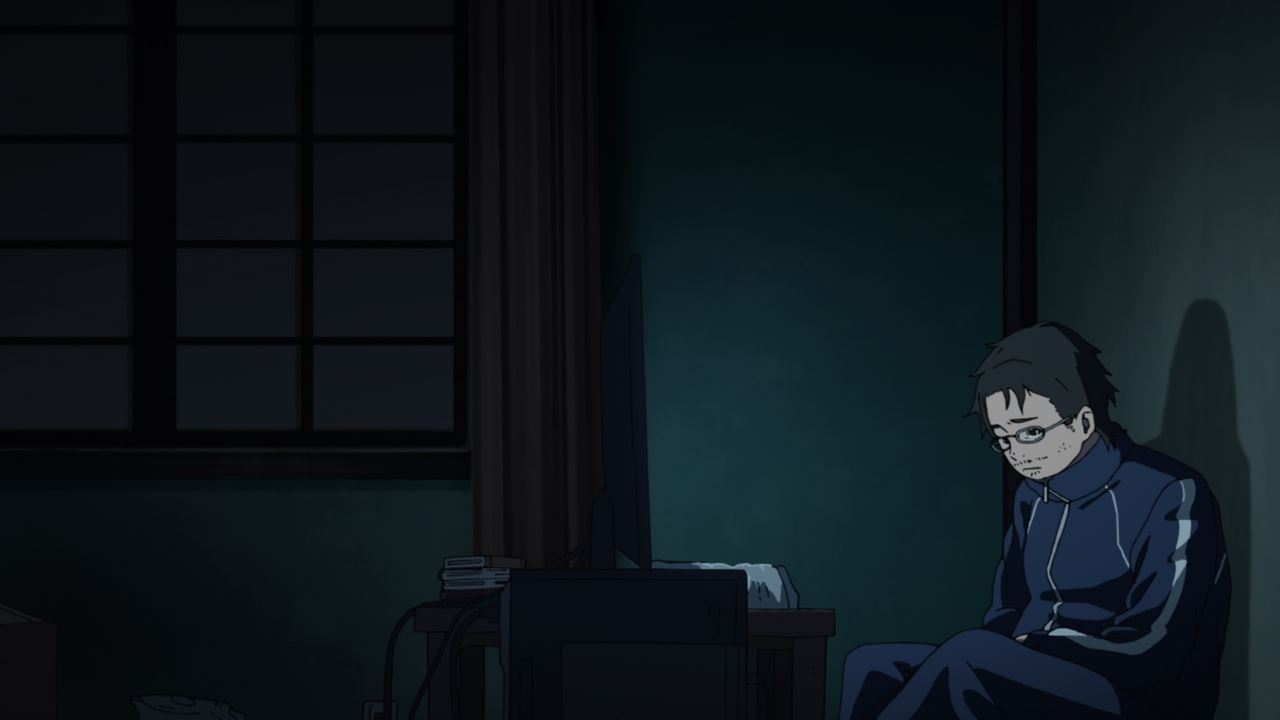 But let’s return to Rudeus Greyrat where he’s still depressed to the point that he briefly returns to his former life: A reclusive loner who has paranoia of trusting various people after being a victim of bullying.

It’s really sad that Rudy has returned to his old mentality after Eris left him. Of course, there are still people who genuinely cared towards Rudeus like Sylphiette and his mother Zenith. 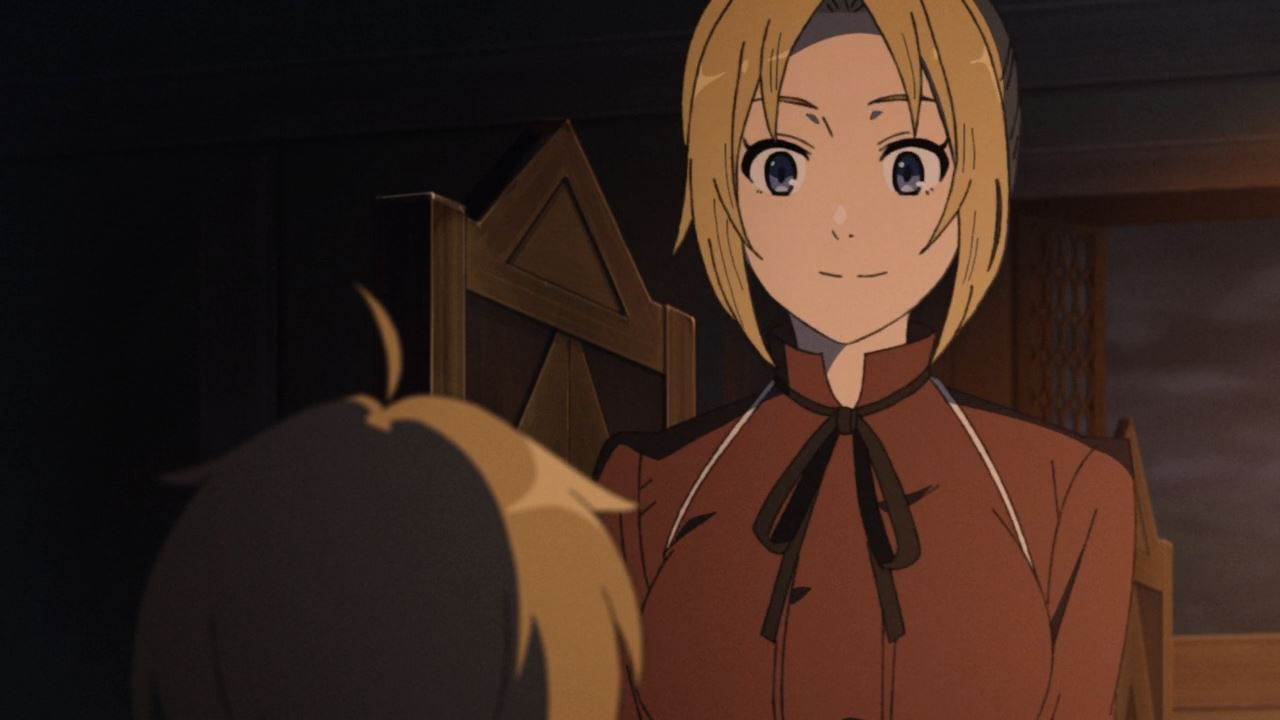 Speaking of Zenith, I’m sure that she’s alive and well at Rapan. I mean, Zenith is the reason why Rudeus wants to change his own life, as she’s the light that gave him hope upon living in the fantasy world.

With that said, it appears that Rudeus Greyrat won’t run away and hide at the corner anymore as he bid farewell to his former life and went straight towards the future.

While he’ll walk aimlessly, I’m hoping that Rudy can see his family and friends again as he’s not alone anymore. 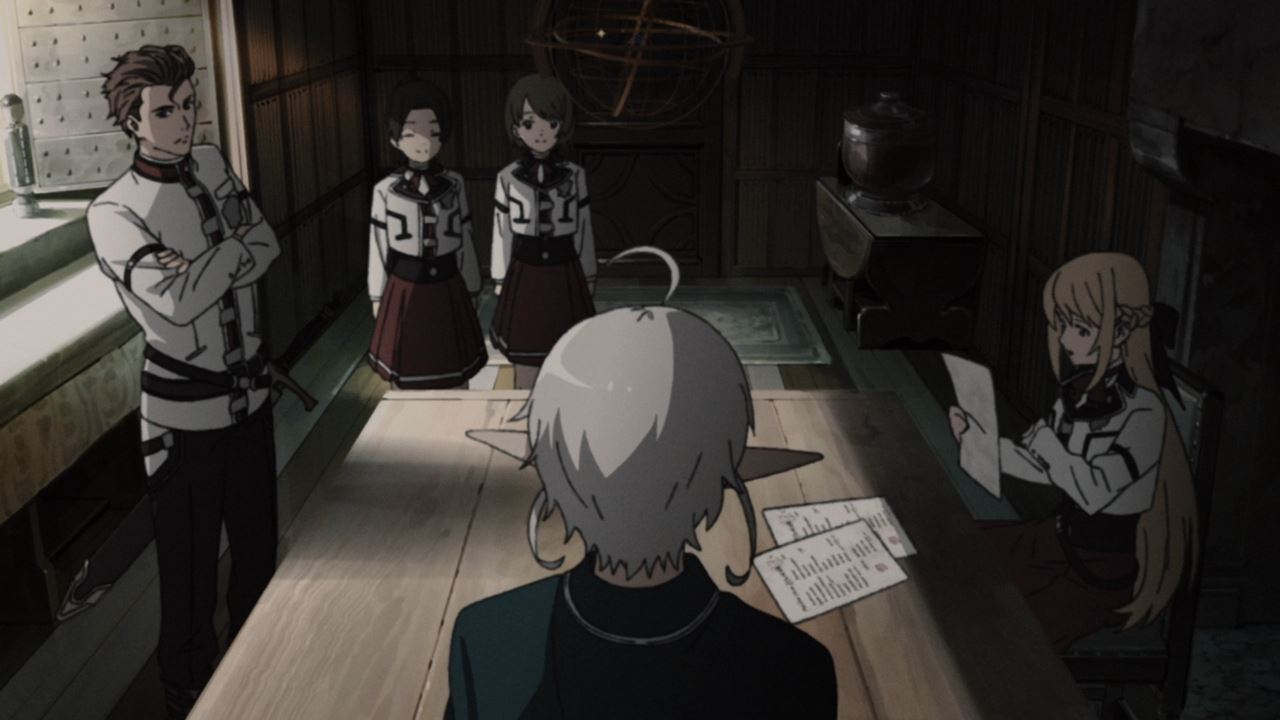 One last thing, it appears that a group of students are interested in recruiting Rudeus Greyrat as he can casts magic spells without chanting it first. Hm, I wonder why would they recruit Rudy to magic school despite not having connections to a powerful noble? 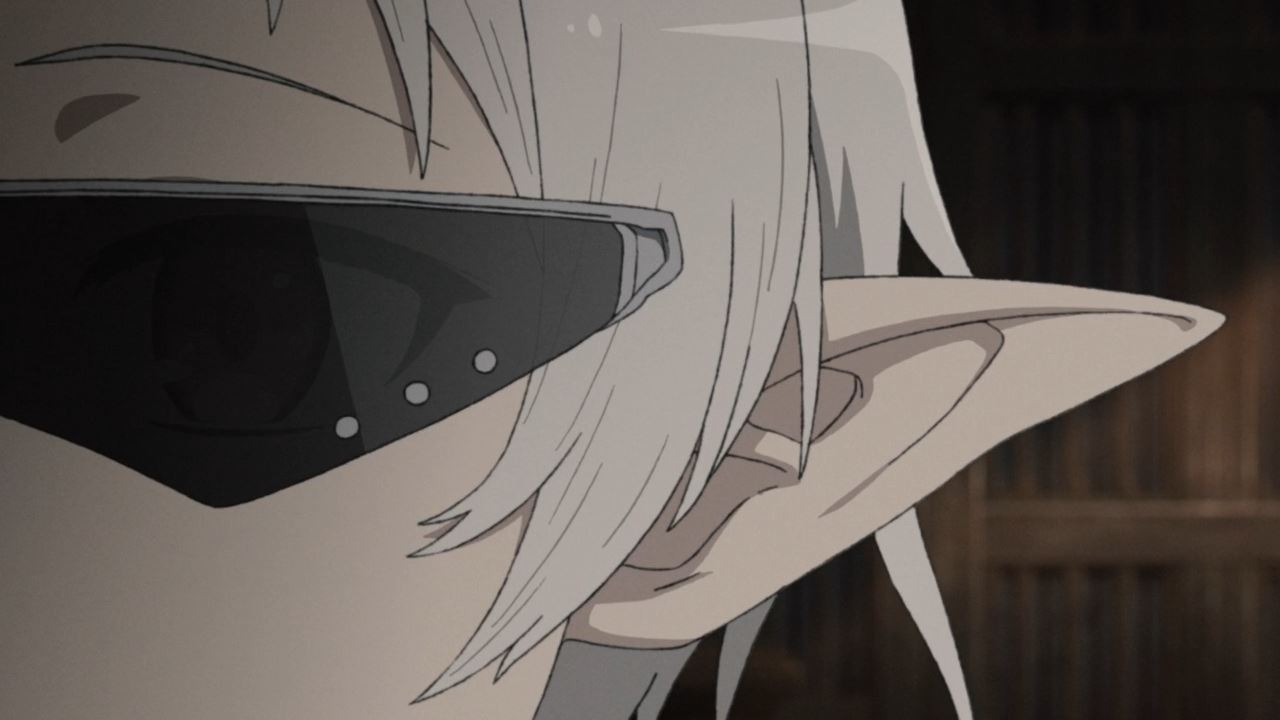 Well, perhaps this elf has some answers where I have a feeling that she’s somewhat familiar. In fact, her voice sounded like Rudy’s childhood friend Sylphy.

Then again, I’ll never know for sure since this elf has white hair and she’s wearing sunglasses. 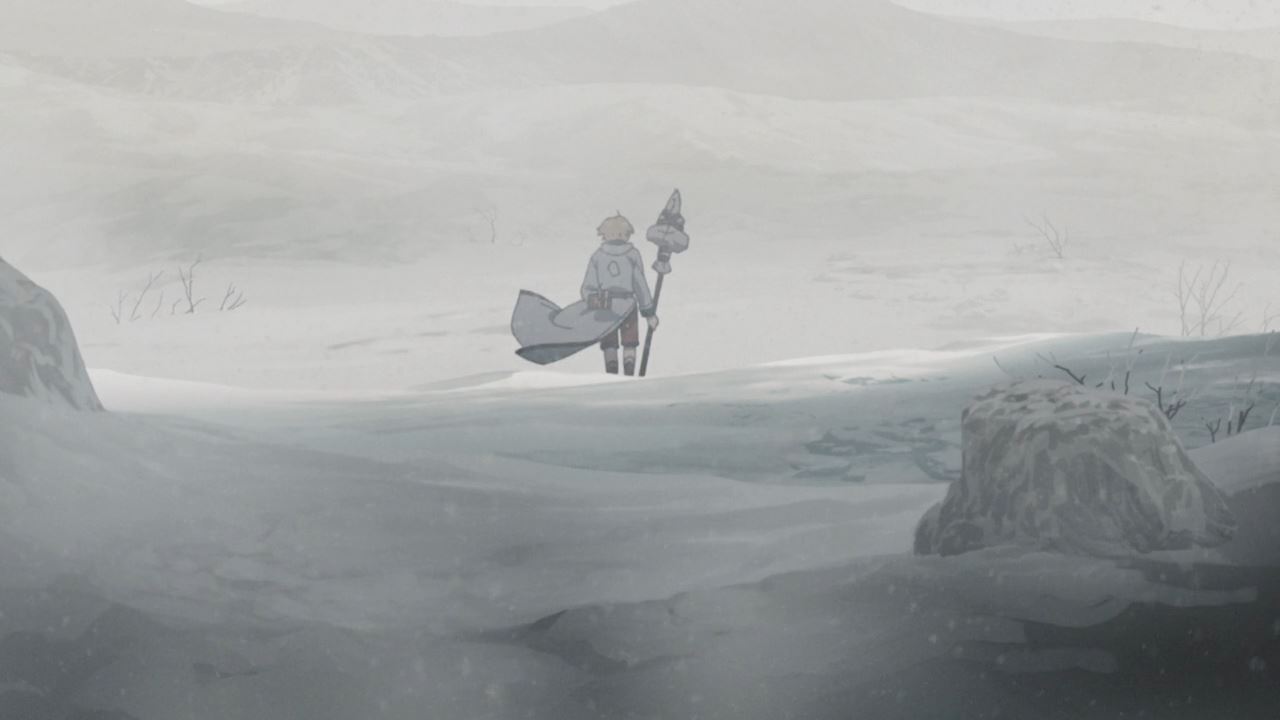 Anyways, let’s end Mushoku Tensei for the time being as Rudeus Greyrat went outside by himself. I don’t know what place he’ll end up with, but let’s hope that Rudy is okay!

Now then, I’m really impressed by this show and aside from having stunning animation, the story is pretty interesting despite being an isekai show. Given that Mushoku Tensei has surpassed by the likes of KonoSuba and other isekai light novels, this progenitor of the genre is still showing some good stuff even though there are some elements that might felt uncomfortable to some people, especially when it comes to bullying and showing sexual themes.

In regards to Rudeus Greyrat, sure that he’s a pervert where he ogles at girls’ breasts and hips since he remained as a virgin in his previous life, but Rudy has grown into a person who cares about his family and friends, even as far as thinking various ways to get him and his allies out of sticky situations. Oh, and he became a man after Rudy had sex with Eris, although I believe that he’ll see Eris again in the future.

As for the world of Mushoku Tensei, while I was blown away when the Mana Catastrophe happened, I’m very curious to see what happens next like the feud within the Greyrat Household, as well as Orsted’s grudge towards the Human-God in which there’s no indication on which entity is trustworthy. But honestly, the fact that Rudeus has some doubts towards the Human-God means that he’s hiding something nefarious. I guess I’ll find out once Season 2 is announced.

With that said, Mushoku Tensei was an amazing experience and I can’t wait to see what the future holds for Rudeus Greyrat and his journey towards redemption.