Tsuki to Laika to Nosferatu Episode #12 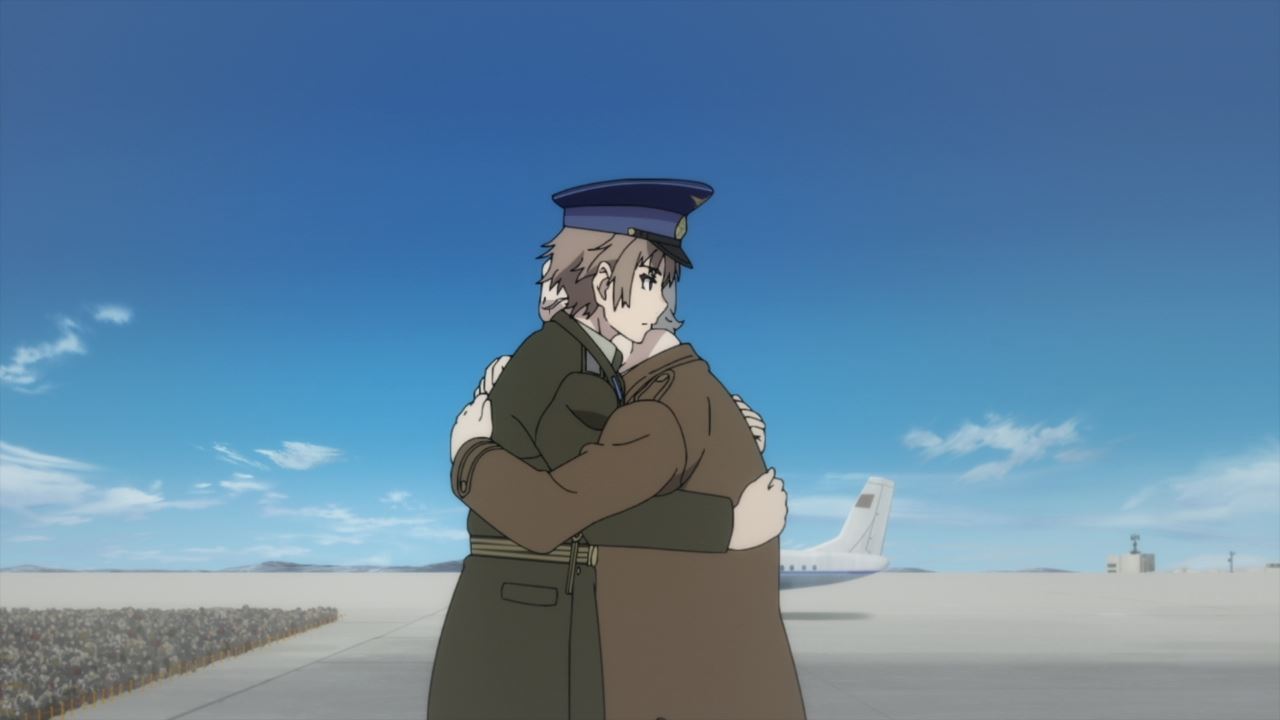 And so, Lev Leps has finally arrived home where he’s greeted by Premier Fyodor Gergiev. All I can say is that Lev has finally place his mark in the history books. 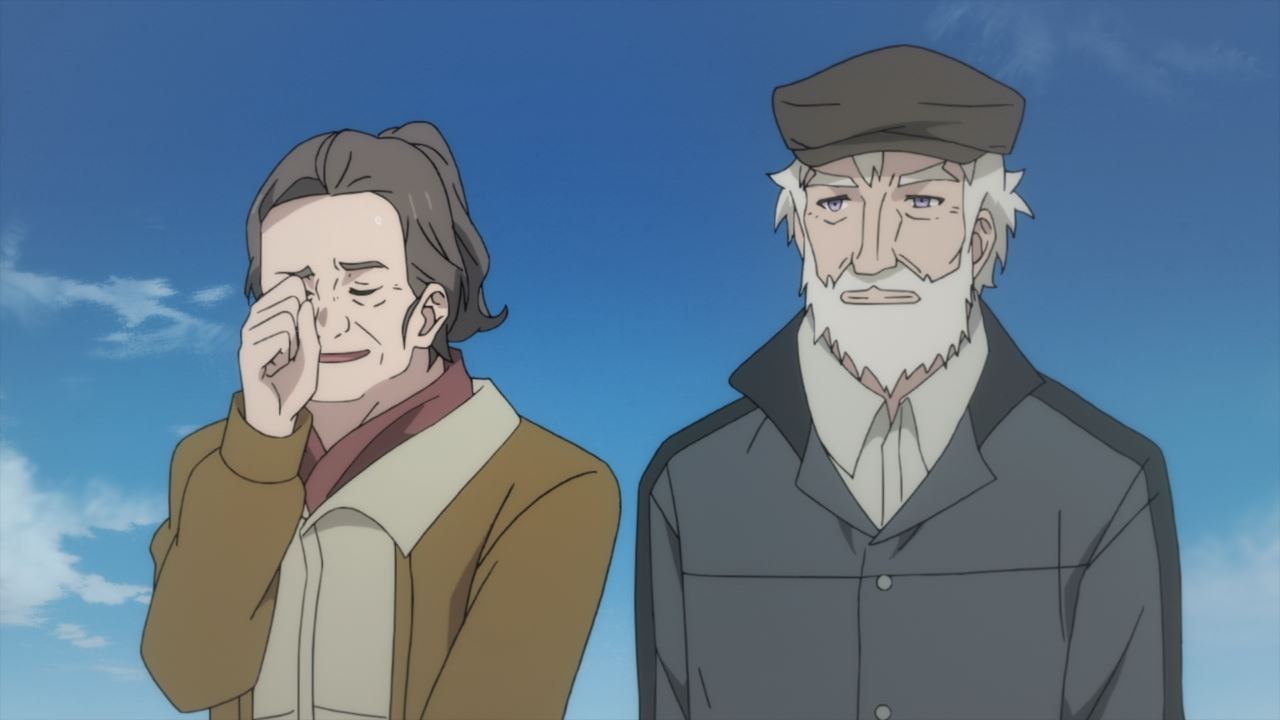 Also, here’s Lev’s parents where they’re proud of their son’s achievement. Then again, I’m really worried that Lev Leps might get killed during the hero’s speech in Sangrad. 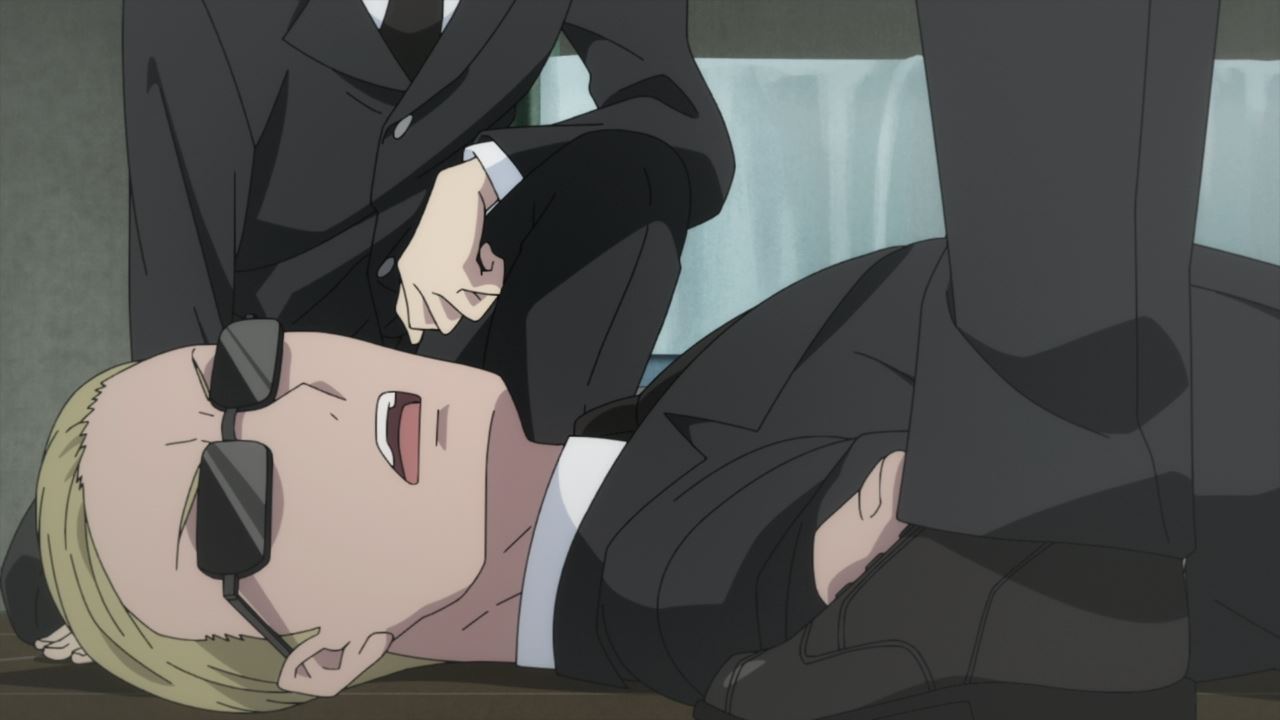 Meanwhile, it looks like the secret police found out that one of the guards knocked-out cold with some sleeping pills. Looks like Anya Simonyan managed to take Irina Luminesk out of the facility. 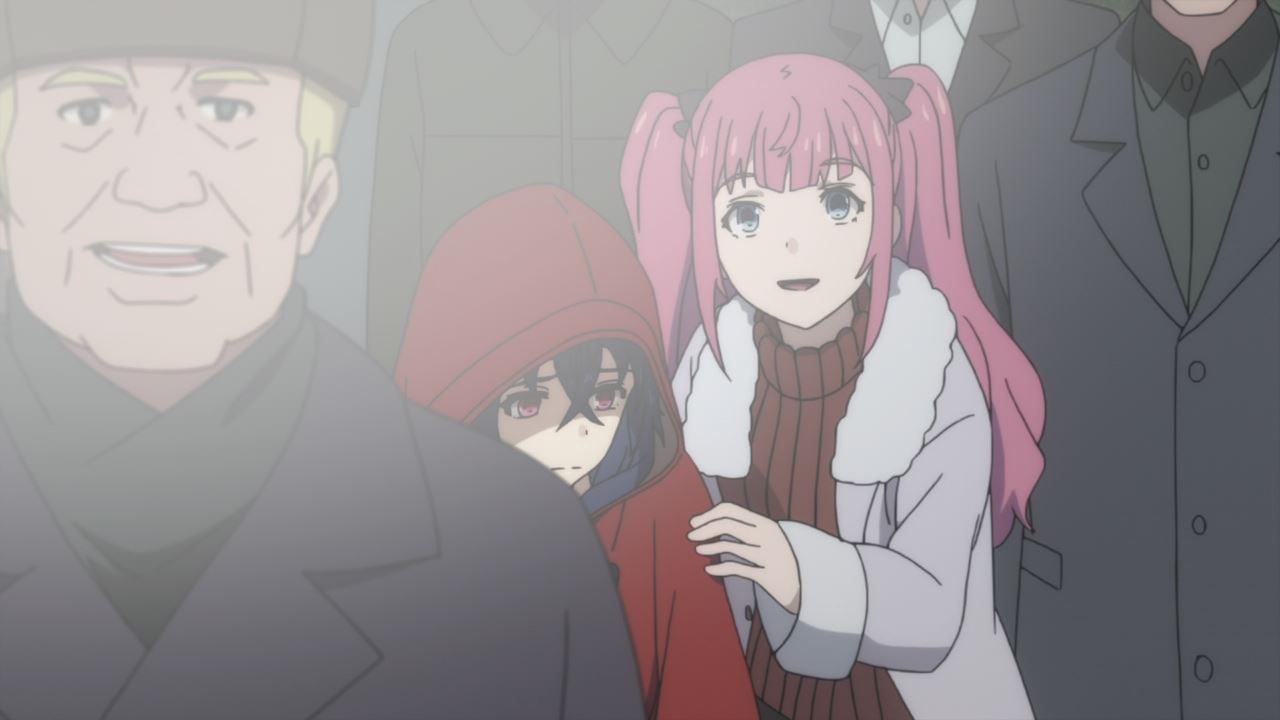 And here’s both Irina and Anya where they finally at the plaza where Lev Leps will make his speech.

Then again, I’m worried about Irina Luminesk as the vampire can’t be exposed to sunlight for longer periods. It would be bad if she got a heatstroke. 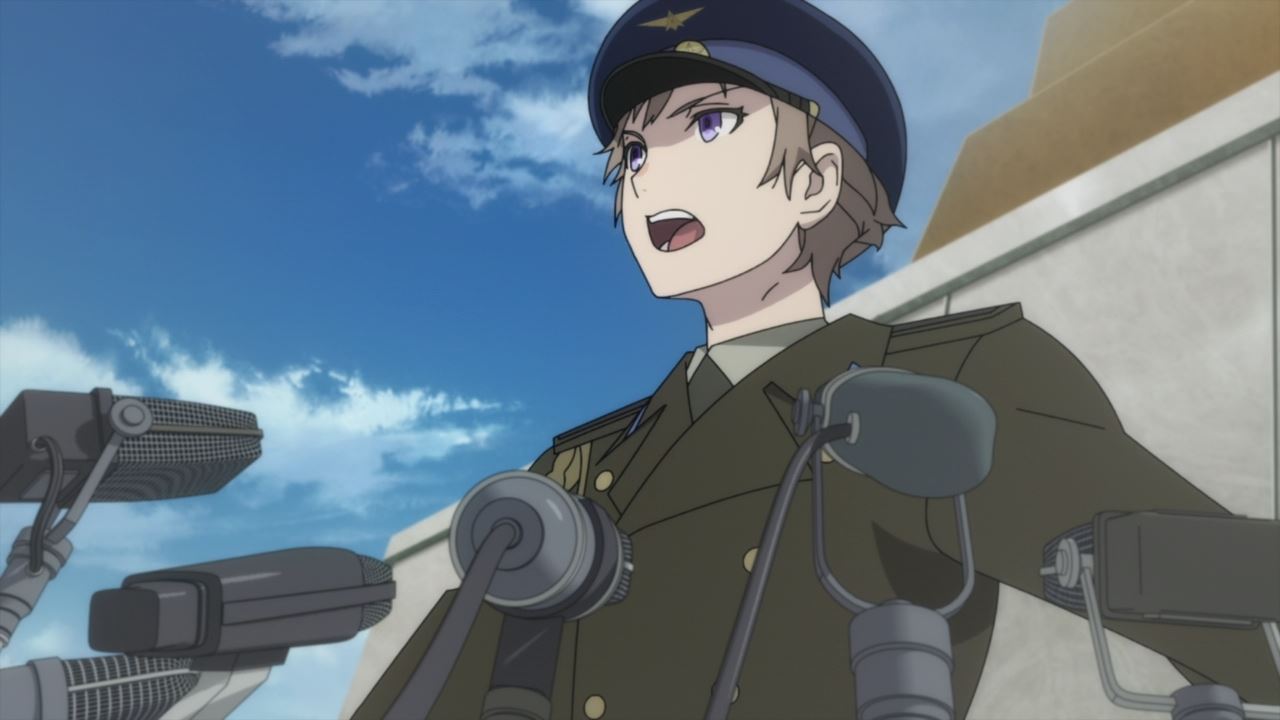 But here’s Lev Leps where he’s grateful that his dear leader and the people Zirnitra gave him the opportunity to travel to outer space.

However, he doesn’t want to lie himself any longer as Lev told everybody that he’s not the first person into space as a certain vampire named Irina Luminesk is the first actual cosmonaut. 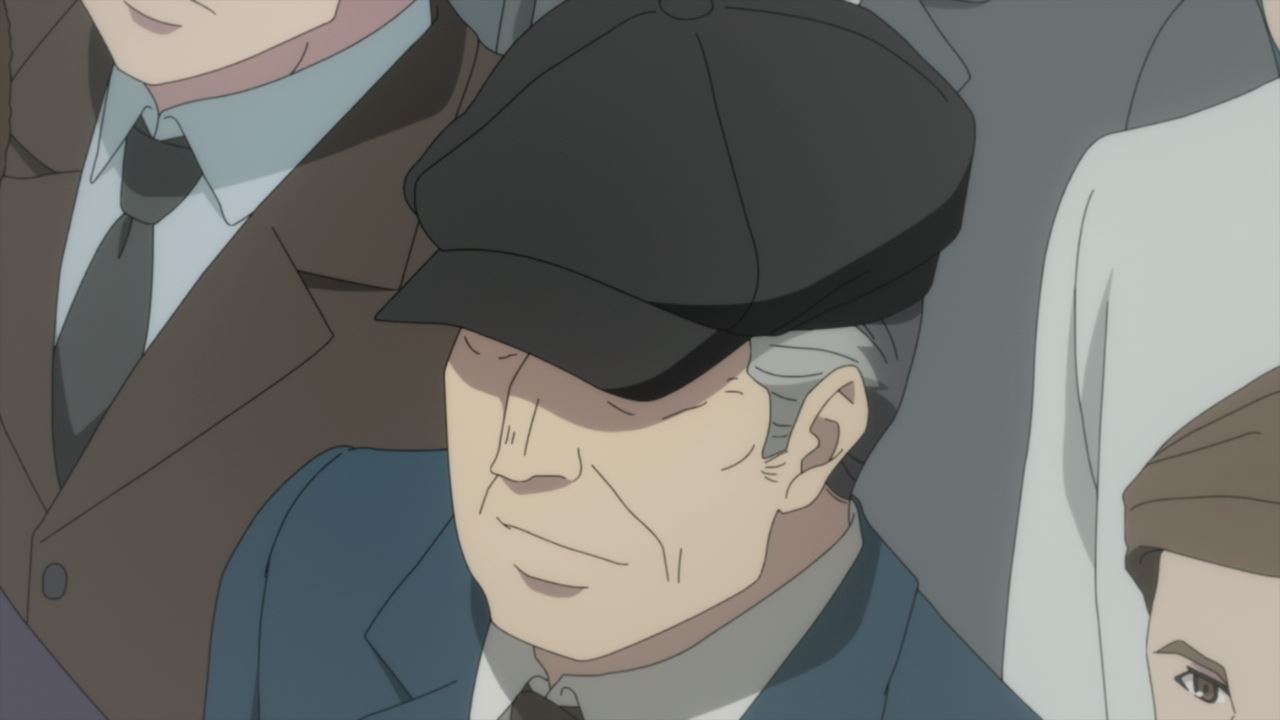 And when Lev mentioned Irina as the first cosmonaut, a certain Slava Korovin smiled as everyone is shocked that a vampire is the first person into space.

Come to think of it, I wonder if Slava Korovin is the one who sent a threat to the great leader of Zirnitra? That would be treason! 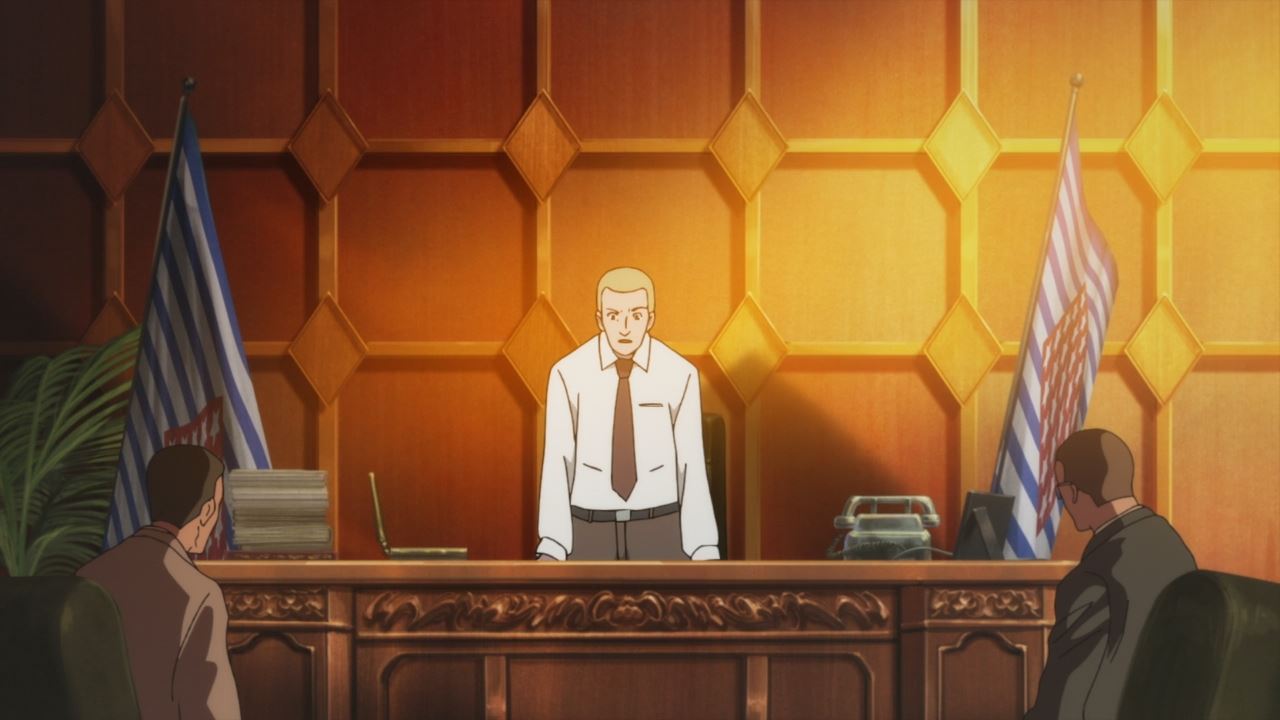 Meanwhile, it appears that the prime minister of the United Kingdom of Arnack is shocked that the Federal Republic of Zirnitra sent a vampire into space.

By the way, remember what I told you that there’s a vampire in Arnack, even though it might not be possible at all? 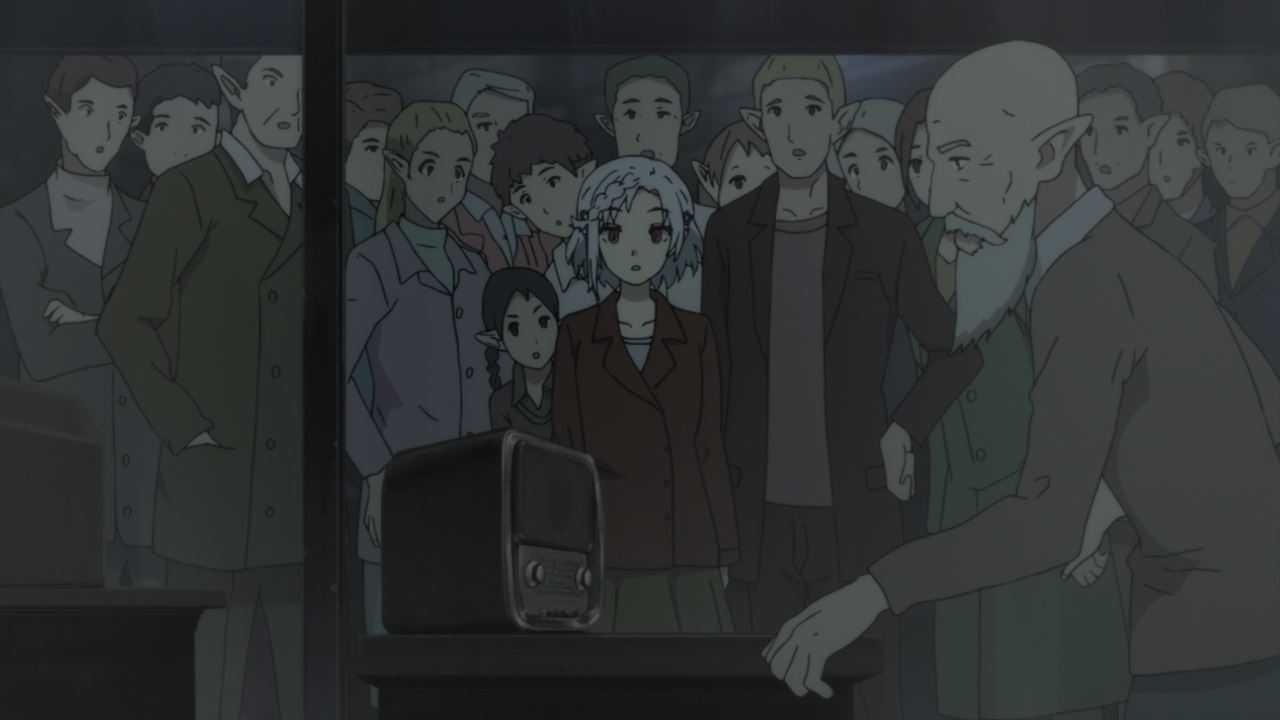 Well, color me surprised as the United Kingdom of Arnack has an enclave of half-vampires or dhampirs.

Now, I have a feeling that Arnack has already used dhampirs before to test the viability of space travel, meaning that sending a chimpanzee into space might be false. 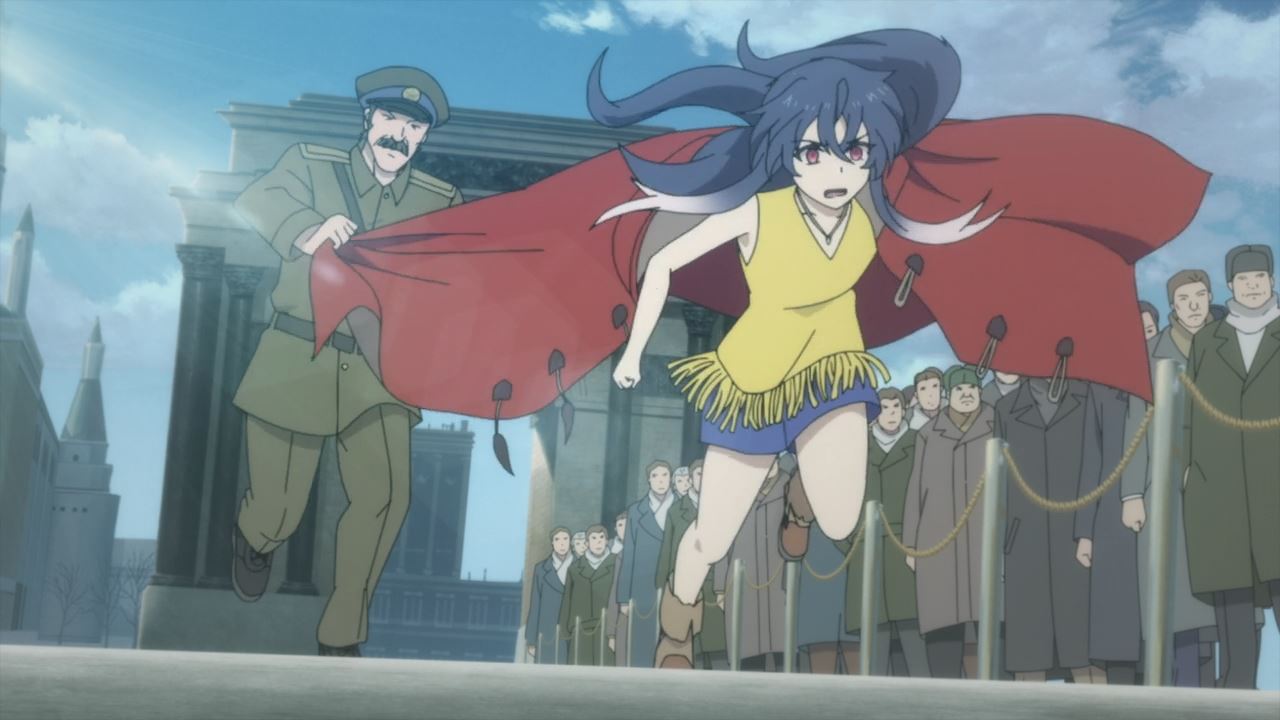 Now let’s return to Zirnitra where Irina Luminesk decides to see Lev Leps badly as she tries to shake off the guards. 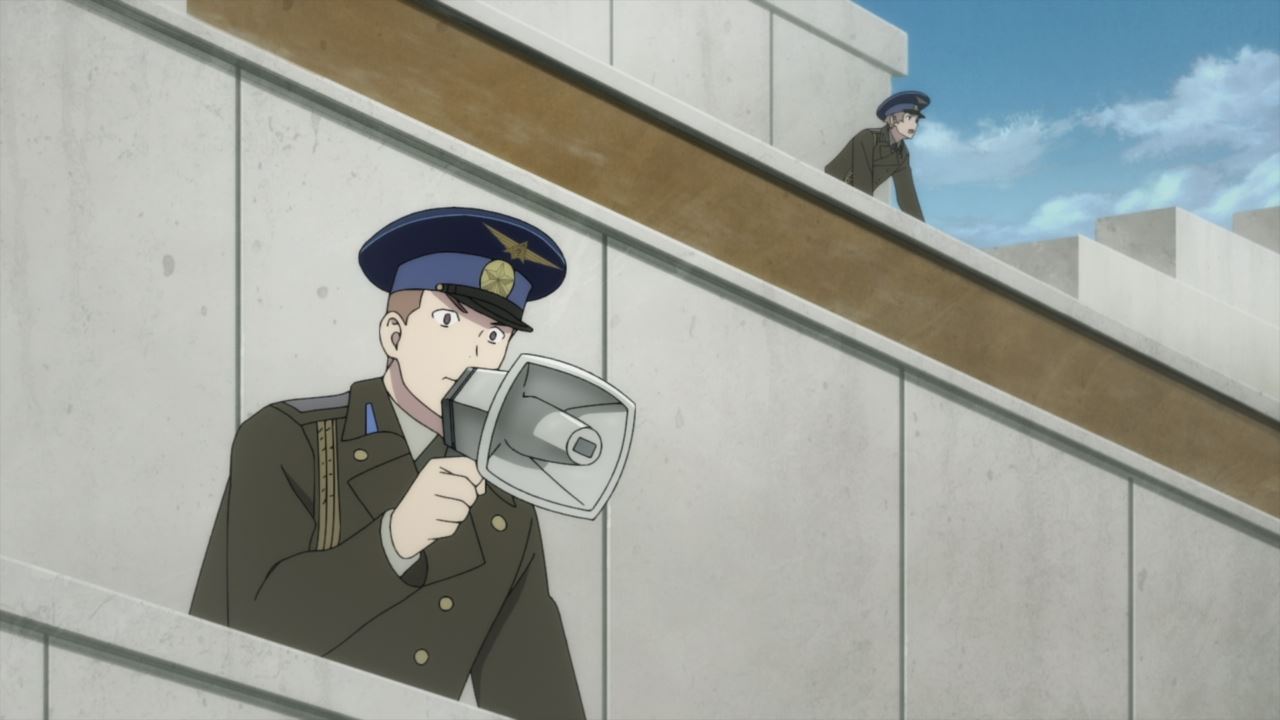 Even Lev can’t believe that Irina has finally showed up. The only thing that he needs to do is to catch her before the guards managed to kill the vampire on the spot. 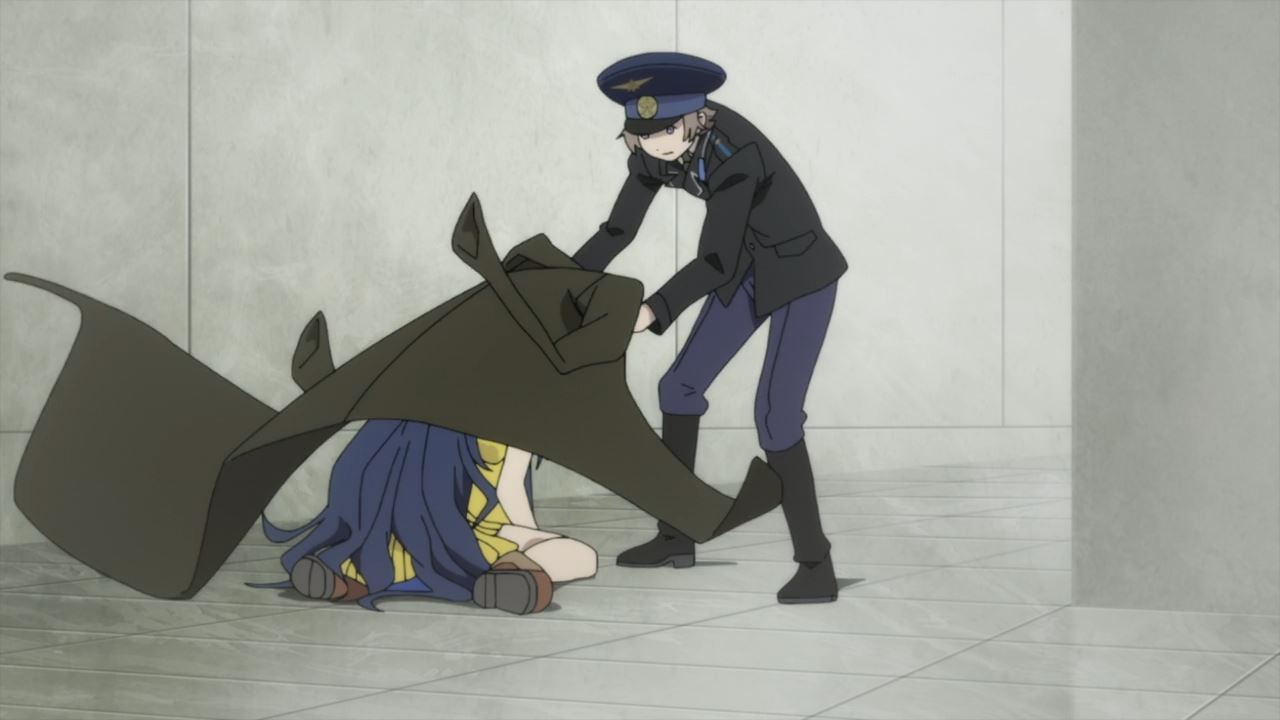 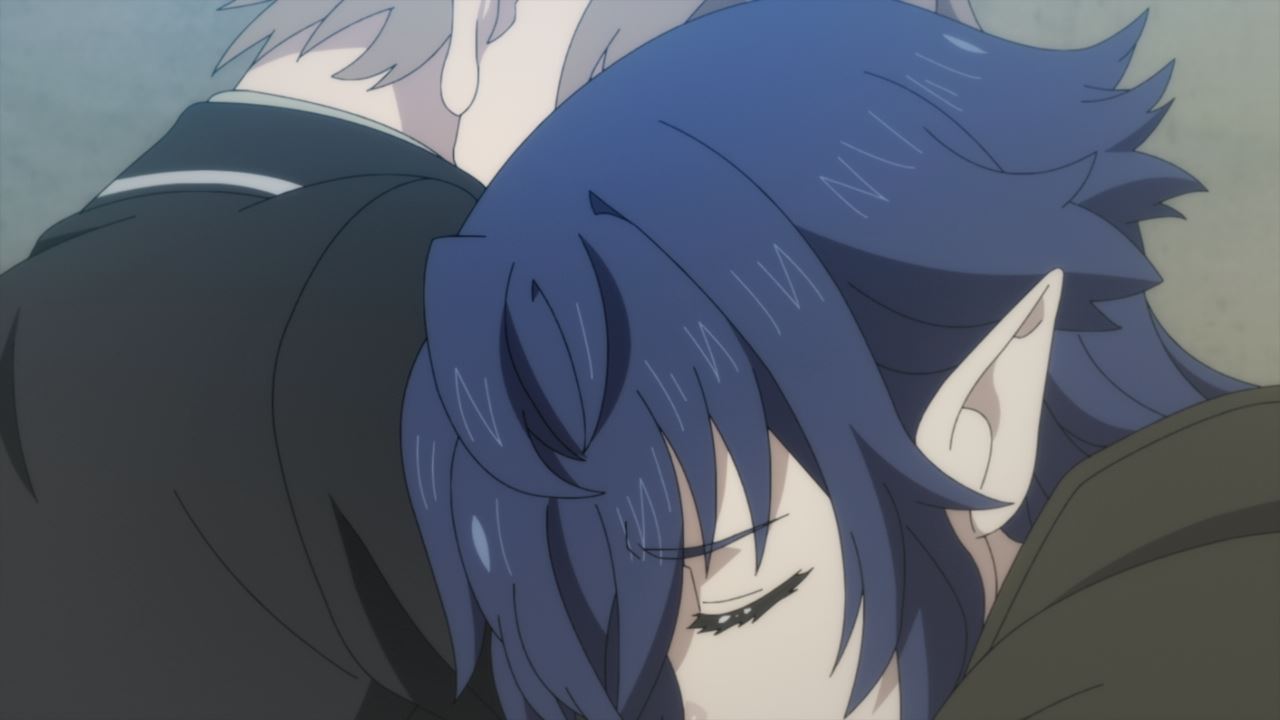 Anyways, looks like Lev Leps has reunited with Irina Luminesk as he gave his coat to the vampire to protect her skin.

Now comes the hardest part as Lev presents Irina to everyone in Sangrad. 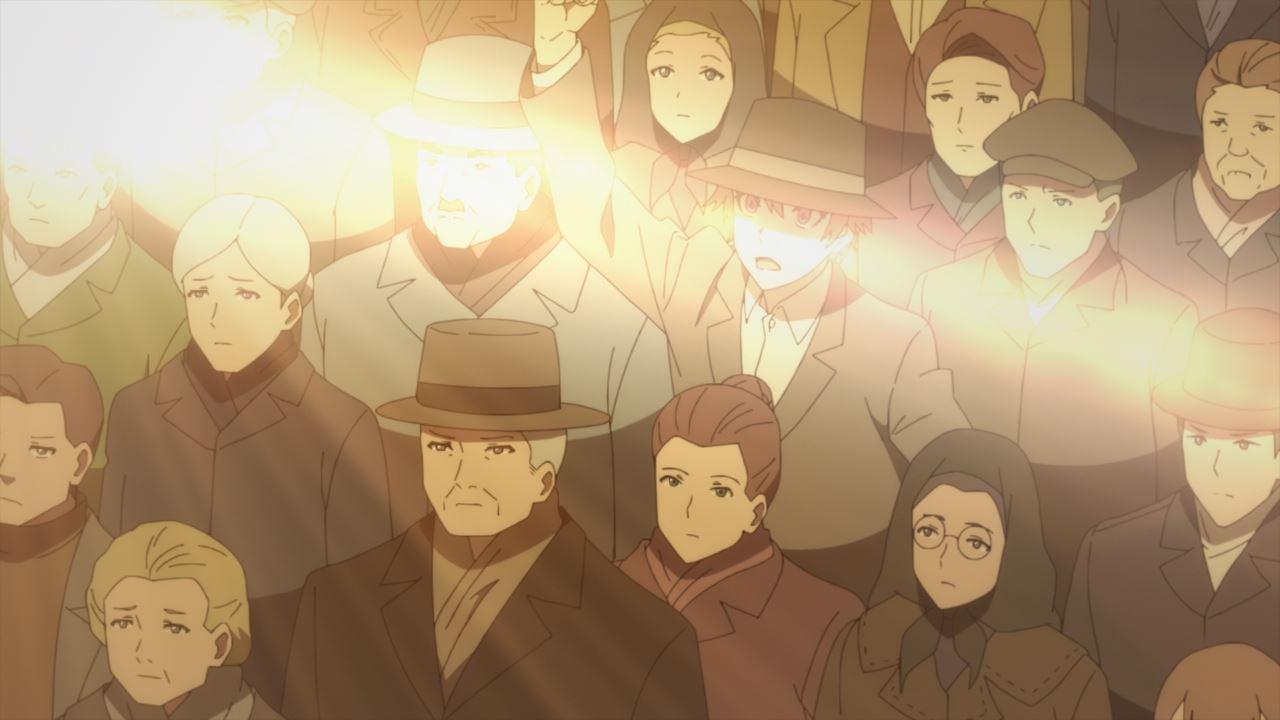 Unfortunately, the people of Zirnitra don’t like the idea of having a vampire being the first person into space, as everyone calls Irina as a blood-sucking monster even though she has no desire of drinking blood (except for Lev). 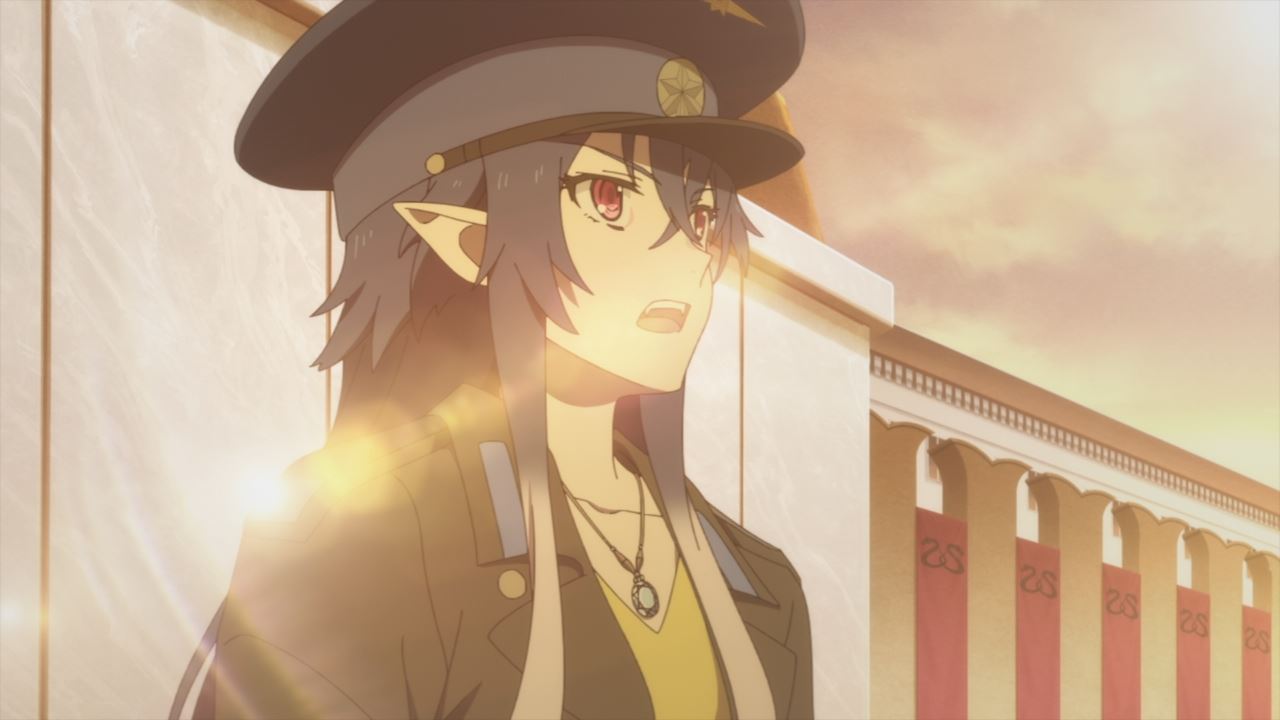 But as for Irina Luminesk’s response? She’s pretty much honest that humans are foolish beings in which Irina loathed them with disgust.

However, Irina Luminesk is aiming to reach the moon as she wants to repay Lev Leps for all the training she had with him. C’mon, Lev trained Irina to become a cosmonaut, which made human flight into space possible thanks to it. 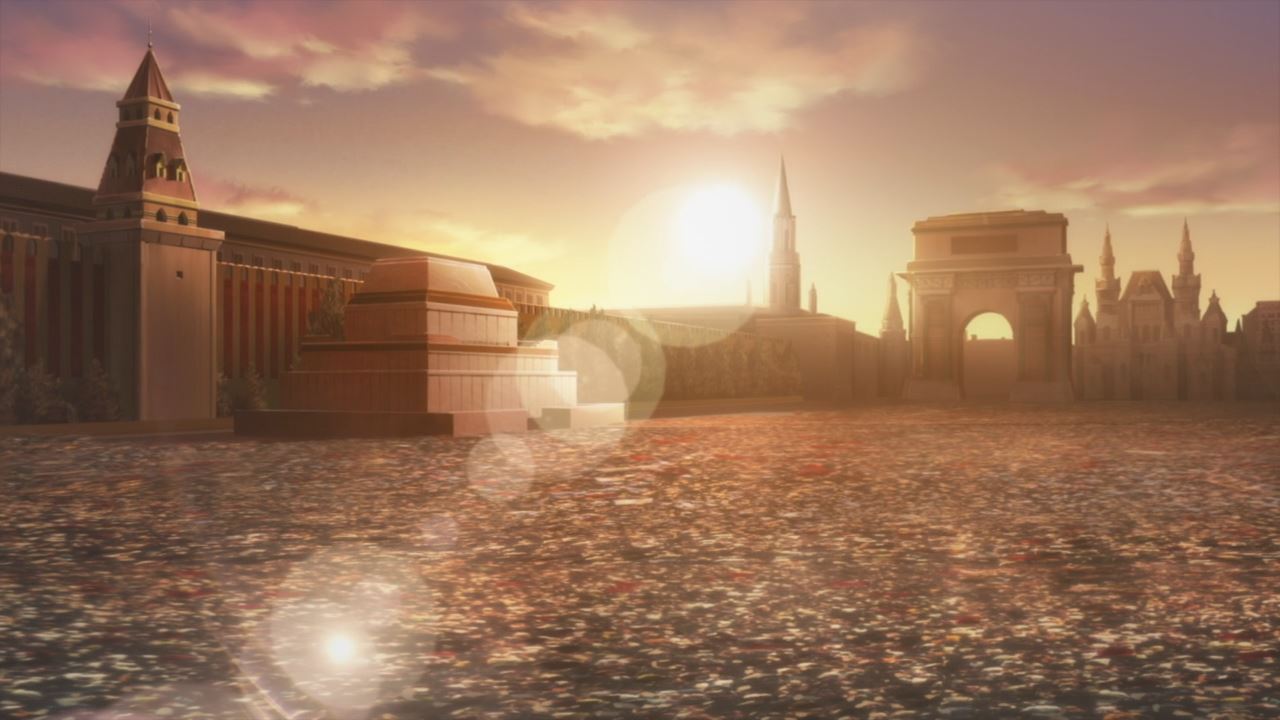 After Irina made her speech, everyone within Sangrad felt silent as they’re stunned upon hearing her ambition to travel to the moon. Are they still angry that a vampire became the first person into space? 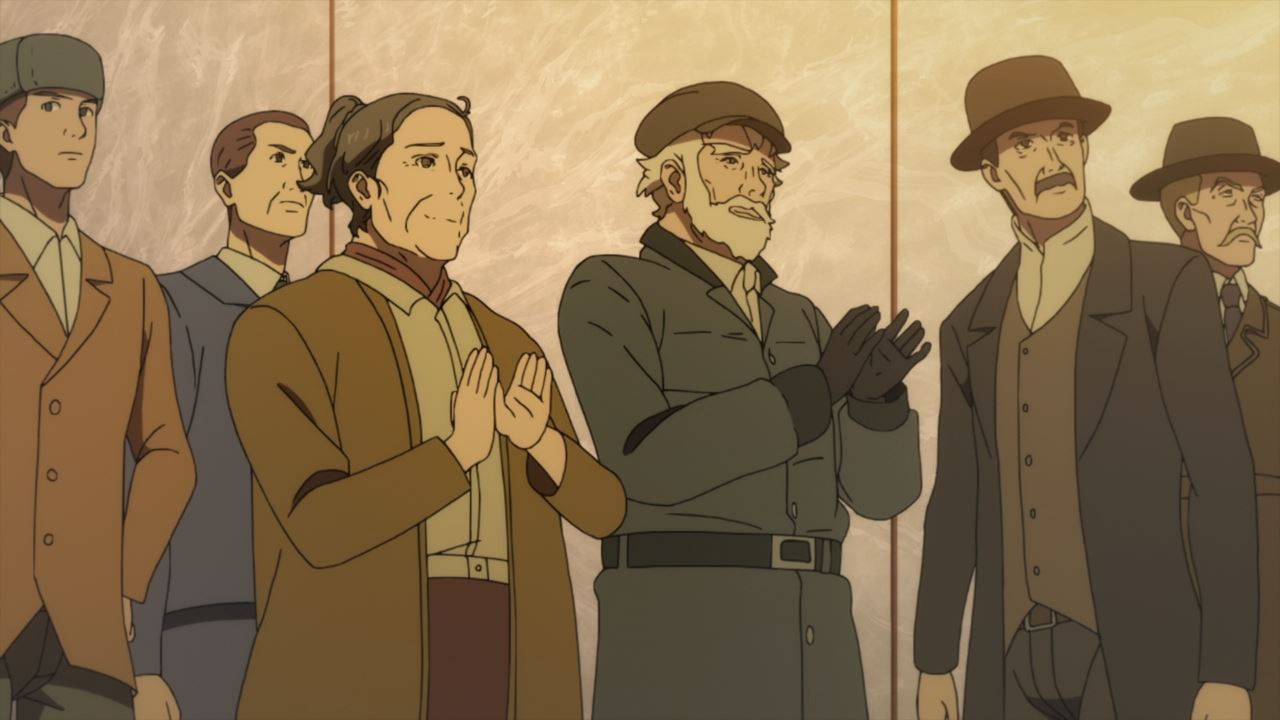 Well, it turns out that they went from being antagonistic to supportive towards Irina Luminesk after delivering a speech that pushes those naysayers away.

Of course, I wonder what Fyodor Gergiev thinks since he’s originally planned to dispose the vampire? 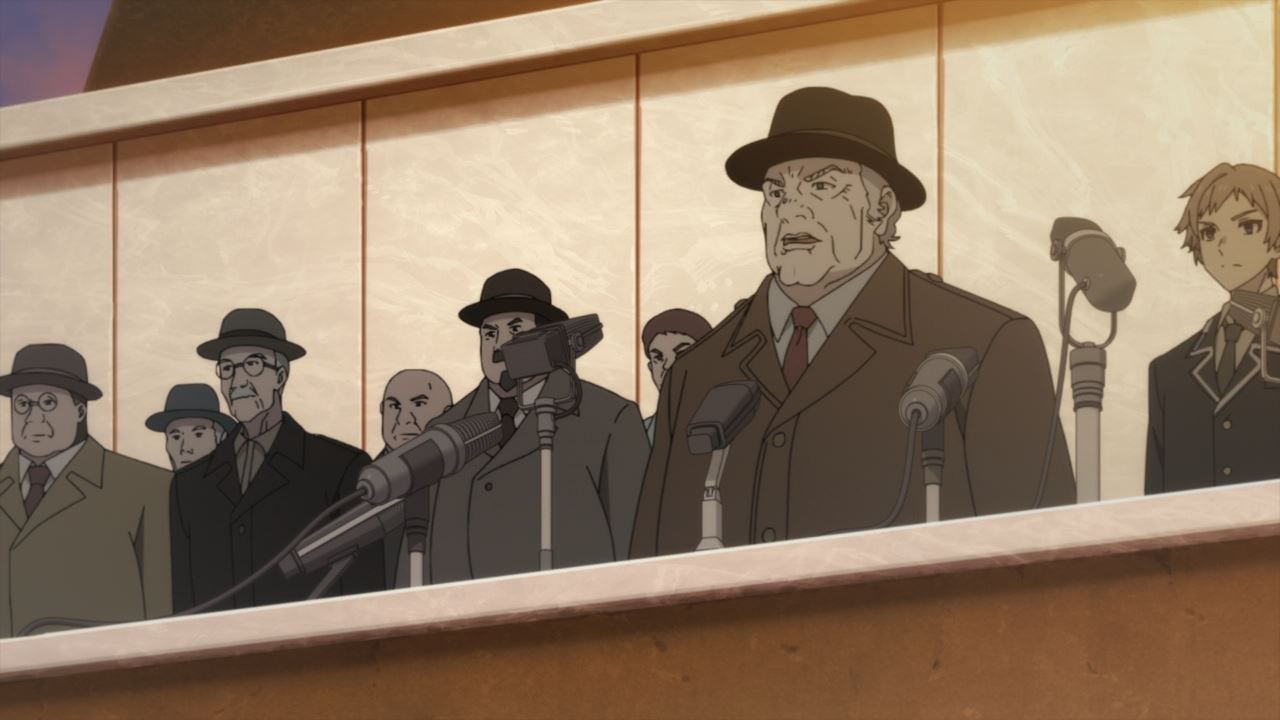 Turns out that he had a change of heart and decided to support Irina as explained that a threat made by the “delivery crew” in which they plan to kill the vampire in order to keep the country’s secrets. And to rub salt on Arnack’s wounds, Premier Fyodor Gergiev told everybody that some countries used vampires or dhampirs as guinea pigs for space exploration.

Anyways, I have to say that the great leader of Zirnitra decided that purging innocent people is the thing of the past, although I’m not sure what the federal republic’s future holds once Fyodor Gergiev leaves office. Will there be purges like the ones from Lilitto when vampires are executed even though they never harm anyone? We’ll never know… 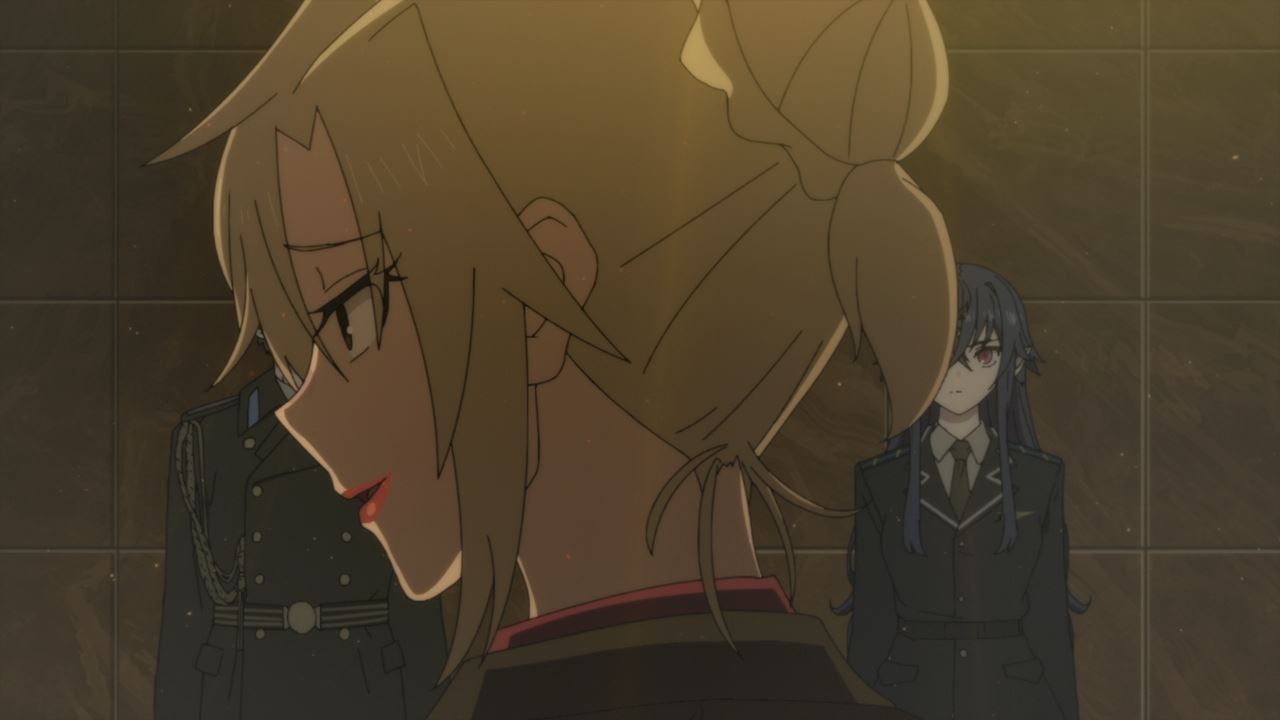 By the way, it seems that Secretary Lyudmila Halrova planned it all along should Irina Luminesk managed to escape from the compound, as the Zirnitran government plans to show the vampire to the entire population after learning about the threat from a certain director.

But seriously, Comrade Chief Fyodor Gergiev really played my mind with his last-minute gambit, as I thought that he’s a no-nonsense tyrant who’s only solution to most of the problems is to purge undesirable people. 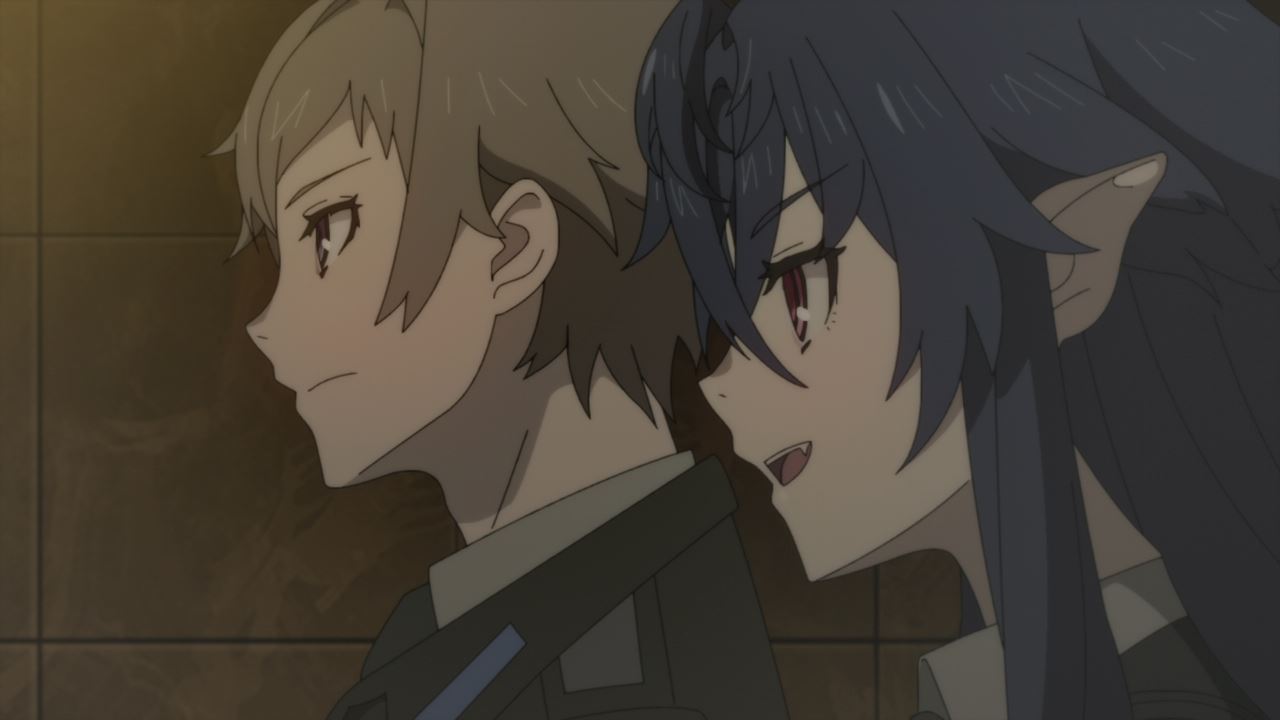 Of course, Lev Leps told the secretary that he and Irina Luminesk are not political pawns against the United Kingdom of Arnack. In fact, he wants both countries to collaborate rather than compete against each other as there’s no point of show-boating on which country is better.

As for Irina Luminesk, she’s really eager to reach the moon together with Lev Leps. While she’s really optimistic on reaching that goal, let’s not forget that Arnack is planning to send a man to the moon now that they learned that Zirnitra used vampires to conduct feasibility studies. 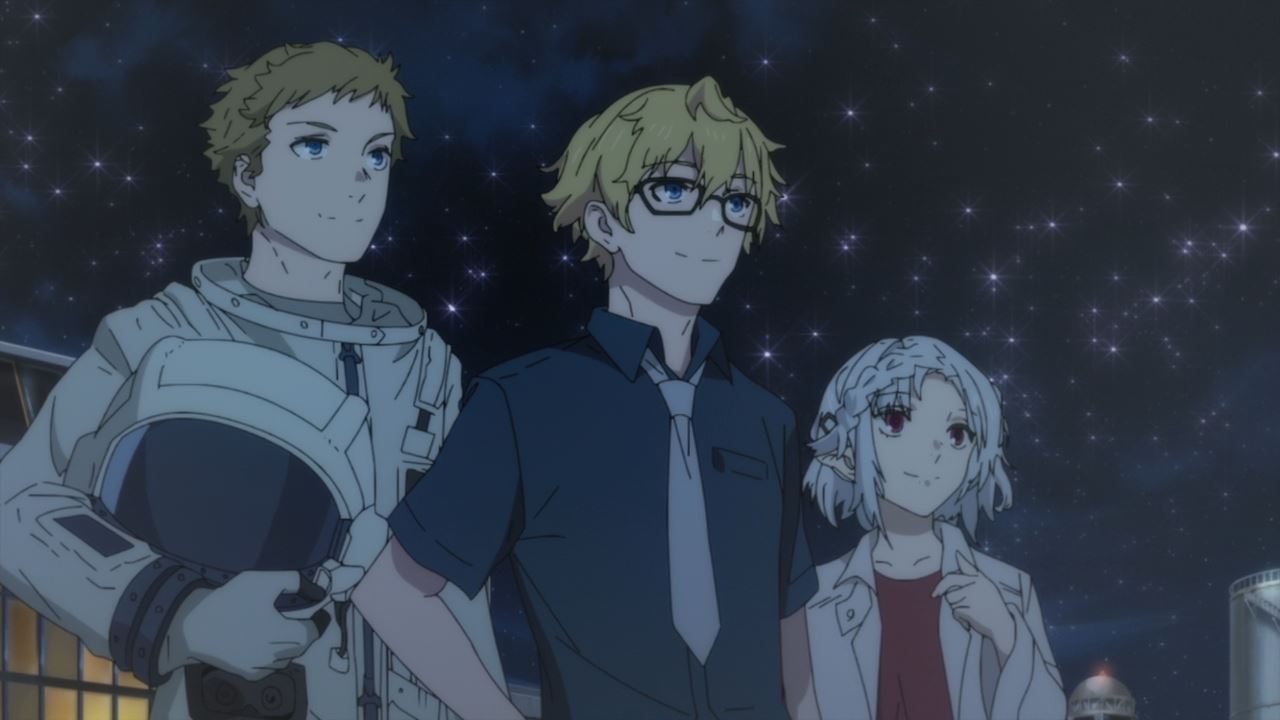 Thus, the United Kingdom of Arnack will send a vampire not only to space, but also land to the moon. Oh, and this girl with silver hair is a vampire where she’ll undergo Arnack’s space program.

Unfortunately, that’ll be saved for a potential sequel where the story will shift focus on Arnack’s side. Of course, expect the space program being hampered by a proxy war and the civil rights movement, although the latter will happen at some point as dhampirs voice their frustration of being second-class citizens. 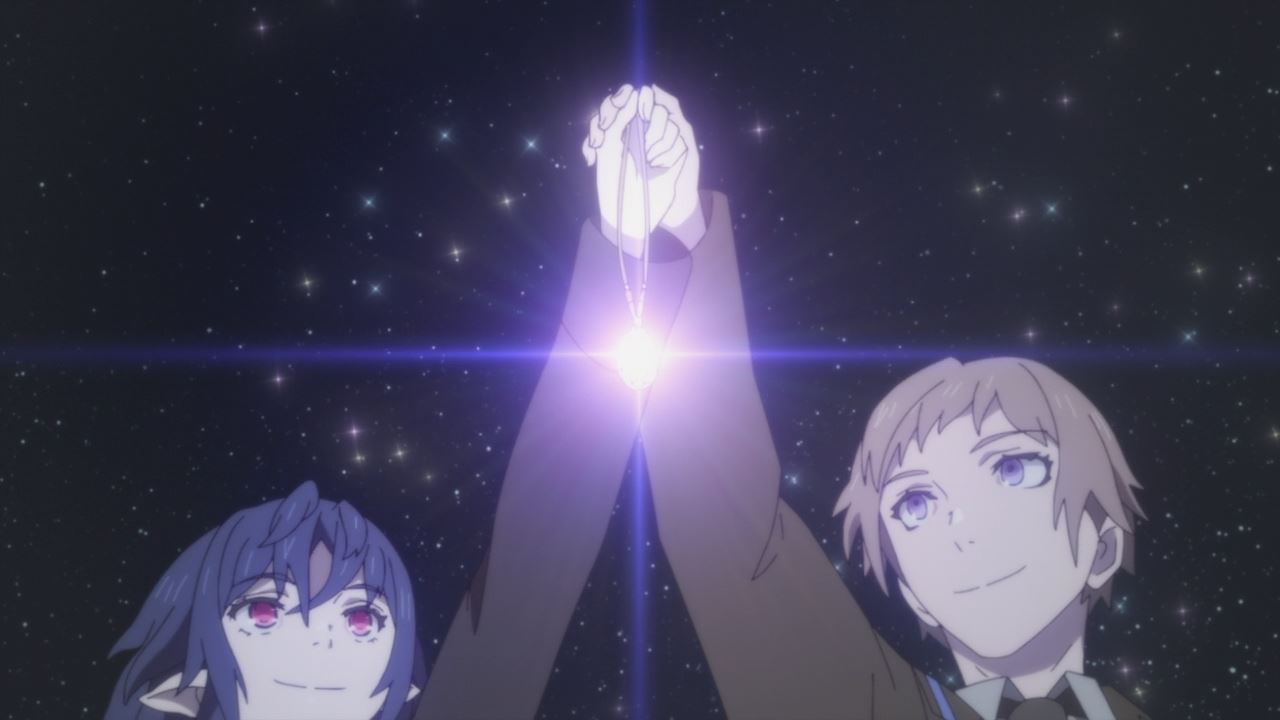 But that’s about it for Tsuki to Laika to Nosferatu, and I must say that I enjoyed watching Irina Luminesk and Lev Leps reaching their dreams in becoming cosmonauts. Yes, there’s politics within the Federal Republic of Zirnitra where few opposed the space program to the point that someone tries to sabotage it, but seeing these two persevere against all odds into traveling to space is really inspiring.

I have to give props to Megumi Hayashibara for playing the lead role as Irina Luminesk, she really showed her stuff during its run. Anyways, if there’s another season of this show, I’ll be glad to check it out in regards to Arnack’s space program!