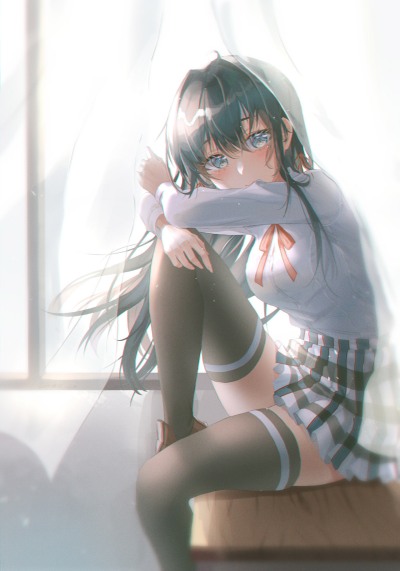 Sorry to keep you waiting, but it’s time for my review on the 2020 Anime Season where it’s really affected by the ongoing COVID-19 pandemic which stalled anime production during those time. As of this writing, the pandemic is still there, but it appears that vaccinations are being handed out throughout the world.

In any case, 2020 was a rough year for anime fans where delays happened, anime-related events are postponed or relegated to online-only, the list goes on. Still, I’m hoping that things will get back to normal soon enough but for now, here are my picks for the 2020 anime season. 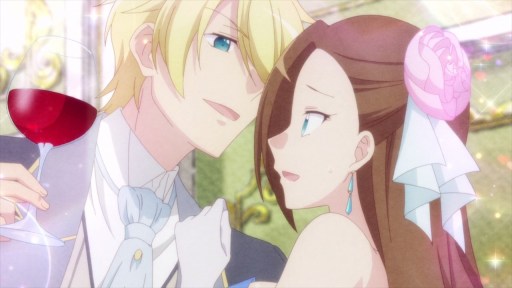 Let’s start with the first category where I select my best shows that aired in both Spring and Summer 2020. For 1st place, it’s Hamefura (or Hamehura) as it’s really enjoyable for a main character tries to save herself by defying her role as the villainess of Fortune Lover. However, Catarina’s foolish actions has attracted not only attracted the main heroine Maria, but also everyone else from Maria’s love interests to even the female cast. It’s definitely a laugh trip on watching the show, although I wish it stuck with just one season.

My 2nd place pick will be Tower of God where I’m really blown away on how a long-running manhwa got a stunning anime series. Every character presented in Tower of God is amazing, from the main characters to the supporting ones. It such a shame that we’ll never see a follow-up to Tower of God as it’s a decent adaptation of a manhwa.

As for 3rd place? It’s Maou Gakuin no Futekigousha ’cause it’s entertaining to see Anos Voldigoad being the awesome and the most charismatic demon lord ever, especially when he protect his loved ones from discrimination and injustice. I mean, we can’t forget the time Anos Voldigoad lays the smackdown over Emilia Ludowell for attempting to injure his mother. But yes, the main character is the one carrying the show and that’s why I place Maou Gakuin no Futekigousha in 3rd place.

Moving onto the second category where I select my best shows that aired in both Fall and Winter 2020. So, my 1st place pick will be Majo no Tabitabi as I really love how Elaina travels around the world as a witch and experience various cultures just like a certain traveler with a gun and a talking motorcycle. While there are some episodes that are quite disturbing, especially Episode 9, I really love the whole atmosphere of Majo no Tabitabi from its visuals and its story.

My 2nd place pick will be Jaku-Chara Tomozaki-kun where I love how the main character Fumiya Tomozaki is trying his best to become a top-tier character in real life, although he was helped by Aoi Hinami ’cause she doesn’t want her rival to look like a dork. Of course, his transformation isn’t just physical as Tomozaki becomes a better person from the inside. Now, I’m looking forward for future seasons of this show as Jaku-Chara Tomozaki-kun might reach the height of popularity much like Oregairu.

And lastly, my 3rd place pick is Tonikaku Kawaii where the reason why I pick that show is because of their cute relationship between Nasa and Tsukasa. C’mon, there’s no serious drama at all, it’s just a couple doing cute things together. 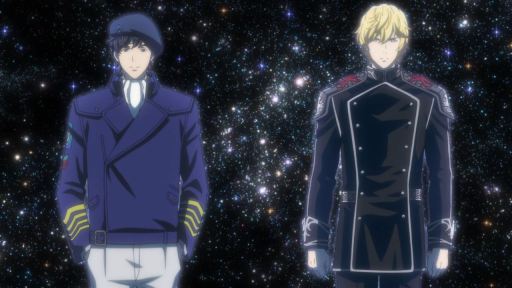 Now then, it’s time to talk about the best sequels in 2020 where they have a few who are actually good. And after a few deliberation, I must say that Legend of the Galactic Heroes: Die Neue These Season 2 is the clear winner where it’s pretty intriguing that there’s internal conflict for both sides, although it’s tragic that Reinhard von Lohengramm and Yang Wen-li would lose their respective loved ones in the process. While the murder of Jessica Edwards is tragic as she’s trying to promote peace, Siegfried Kircheis’ death is the saddest thing I’ve ever seen that it affects Reinhard von Lohengramm greatly. Let’s hope that Season 3 will continue the momentum.

For 2nd place, it’s Oregairu Kan is and while it has a memorable conclusion, especially when Hachiman Hikigaya finally have someone for him after transforming from a loner into a person who has genuine feelings, I feel that the conflict between Yukino Yukinoshita and her mother should have been resolved earlier. Also, it’s unfortunate that Yui Yuigahama was not selected by Hachiman in the end.

Lastly, 3rd place goes to Dr. Stone where the Stone Wars story arc has become the pivotal moment for Senku and the Kingdom of Science (or Ishigami Village). Sure that the stakes are pretty high as Senku and his buddies are trying to stop Tsukasa Shishio and his Empire of Might, but it’s pretty impressive that they stop the empire without having a single casualty for both sides. Still, it’s quite sad that Tsukasa was mortally wounded after reuniting with his little sister, but I’m hoping that he’ll come back in the future.

Let’s move onto my picks that are overlooked by almost everybody. And here’s the thing though as those two anime shows I’ve picked up involved artists.

Anyways, my top pick will be Arte because it features a female protagonist who wanted to become a successful painter in Renaissance Era Italy. Really refreshing that Arte, the main character, works hard in order to achieve her dreams and I’m glad Seven Arcs did a great job on its anime adaptation.

As for the runner-up, I pick Kakushigoto because despite the main lead drawing manga about sexual jokes, Kakushi Goto is very caring to his only daughter Hime as he works hard to give her a better life while maintaining his secret job. While there’s drama on the last episode, especially it revealed some secrets about Kakushi Goto, everything else is full of interaction between a father and his daughter. 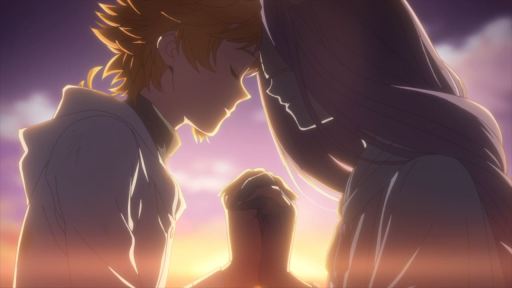 Let’s talk about the worst anime in 2020 where I’m not gonna lie about the 2nd Season of The Promised Land, therefore it really deserved the top spot as Cloverworks really fuck it up big time on handling the sequel. I don’t know if Shueisha told the studio to rush the ending or not, but it’s clear that resolving the plot in just 11 episodes is a bad idea that Cloverworks should have made more episodes to finish the plot.

Meanwhile, 2nd place goes to WIXOSS Diva(A)Live where I feel that it’s unnecessary to make another anime show based on Takara Tomy’s card game, especially when they retooled into an idol show with card battles.. Of course, the worst part is that it hints for a sequel which will not happen in the near future.

As for Kanojo, Okarishimasu being 3rd place as the worst anime that I’ve watched? Well, it all comes down to a stupid plot where the main guy dated a rental girlfriend in order to cope up with his breakup. What a dumb idea to be honest! 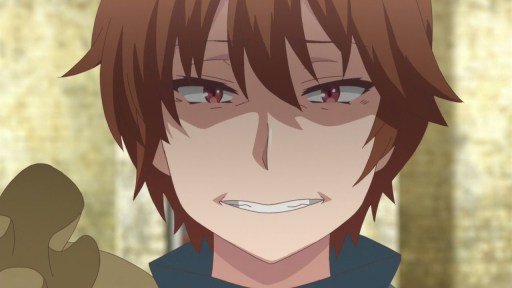 Moving onto the next category where there’s one anime show where it’s so bad that it’s actually good. That’s right, it’s Kaifuku Jutsushi no Yarinaoshi where it’s deliberately degenerate full of sex. Oh, and the fact that the main character went from being the abused to the most baddest anti-hero bent on revenge is really refreshing in my opinion. Sadly, I don’t think Kadokawa and TNK will make a sequel due to its content. But hey, I give props for making a crappy (and sleazy) anime series into an enjoyable experience.

As for the runner-up, I’d say it’s Tamayomi where the animation is subpar to the point that Funimation released an incomplete version of Episode 4. Sure that Tamayomi might be the weakest adaptation of a Manga Time Kirara title, but having shit-quality animation is the only thing that anime viewers will remember… for a brief moment.

Well everybody, I guess it’s time for me on which anime series is the best overall in 2021 and it’s quite tough to pick 3 shows given that it’s being aired during the pandemic.

But let’s start with 3rd place where I pick Legend of the Galactic Heroes: Die Neue These Season 2 due to being an improved sequel over the first. Seriously, the internal conflicts for both the Galactic Empire and the Free Planets Alliance will put you to the edge of your seat.

2nd place goes to Majo no Tabitabi where it really reminds me of Kino’s Journey. Of course, Elaina’s journey isn’t all fun and games as she encounters both good and bad events throughout her life. I’m hoping that there’s more to come from Elaina as her journey is starting to become more interesting.

And now, the overall winner to the 2020 Anime Season is none other than Hamefura. It’s a hilarious show where Catarina Claes tries to defy those death flags by become a nice girl rather than acting like a villainess. Because of that, Catarina made a harem full of guys and girls, although she’s still acting like an oblivious idiot. While I wish that it stayed for a single season, Hamefura got so popular that it got a sequel.

But anyways, I’m finished my review of the 2020 Anime Season. I would like to apologize for the late post, but now I’m focused on the 2021 Anime Season as the last quarter is approaching next year.

With that said, while the world is still stuck with the COVID-19 pandemic, I’m hoping that the 2021 Anime Season will be better than 2020!

This entry was posted in 2020 Anime Season and tagged 2020, anime, season. Bookmark the permalink.
%d bloggers like this: