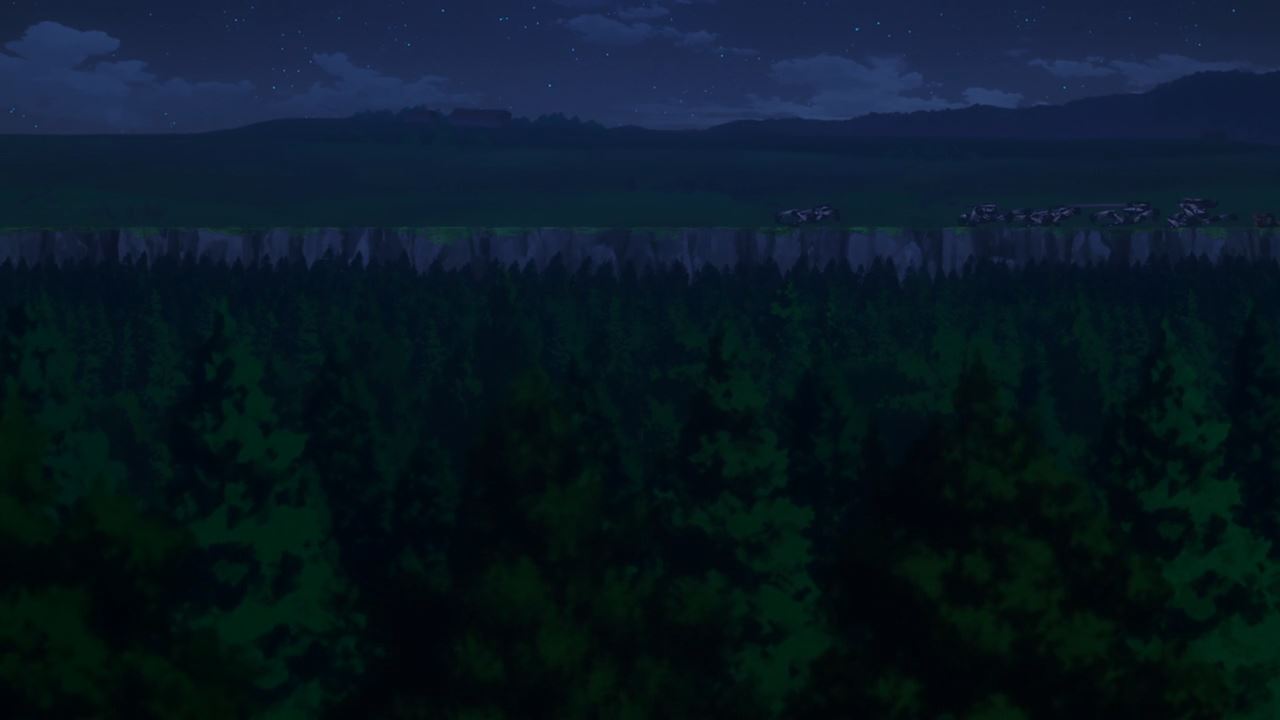 Well everyone, just to let you know that this will be the last episode that’ll be aired for this year as 86 will have its two final episodes airing in March next year. I guess they’ve used their timeslots for recaps or specials in-between the actual episodes.

With that said, Shinei Nouzen and the rest of the Eighty-Six soldiers are continuing their pursuit against Morpho, which contained the severed head of Kiriya Nouzen. Unfortunately, it’s gonna be a tough pursuit. 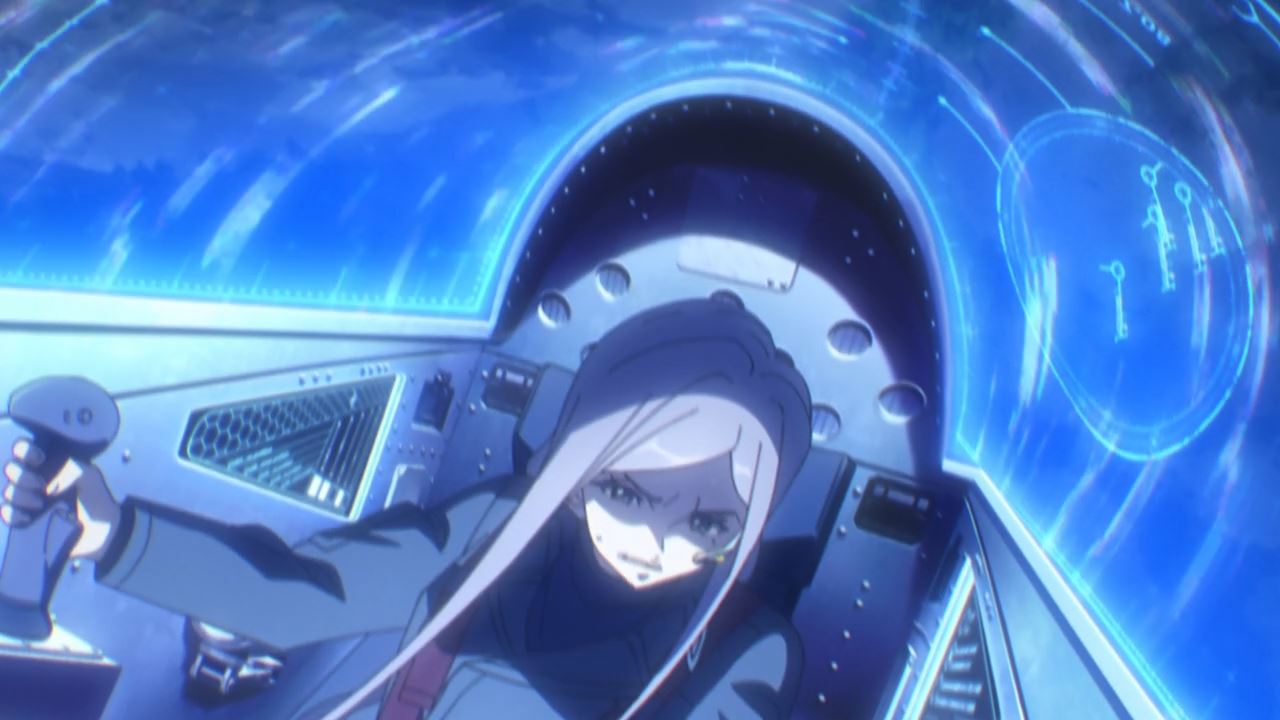 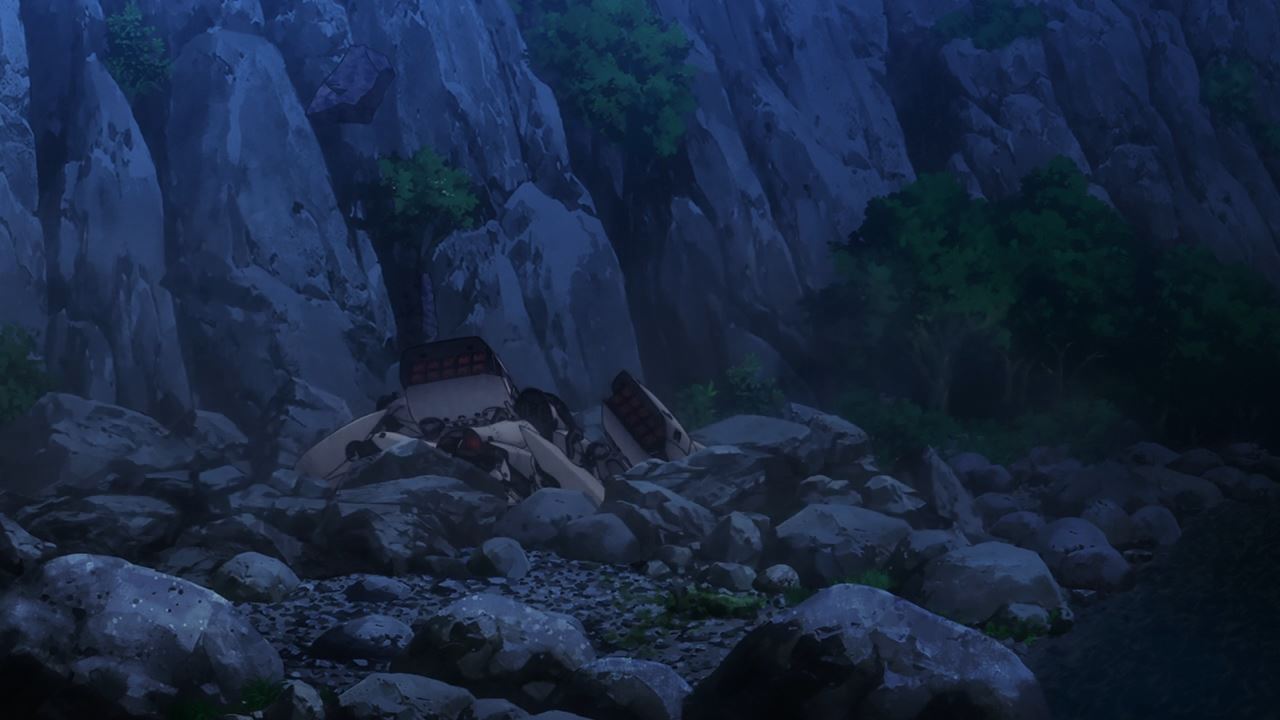 Let’s start the episode with Anju Emma where the Snow Witch fell down to the cliff and her Reginleif is immobilized. However, Anju told everybody to keep moving as she’ll use her salvo of missiles to hold off against the Legion.

Man, I’m scared that the Snow Witch might get captured by the enemy, or resort to putting a bullet straight to her head so that the Legion won’t capture her brain. 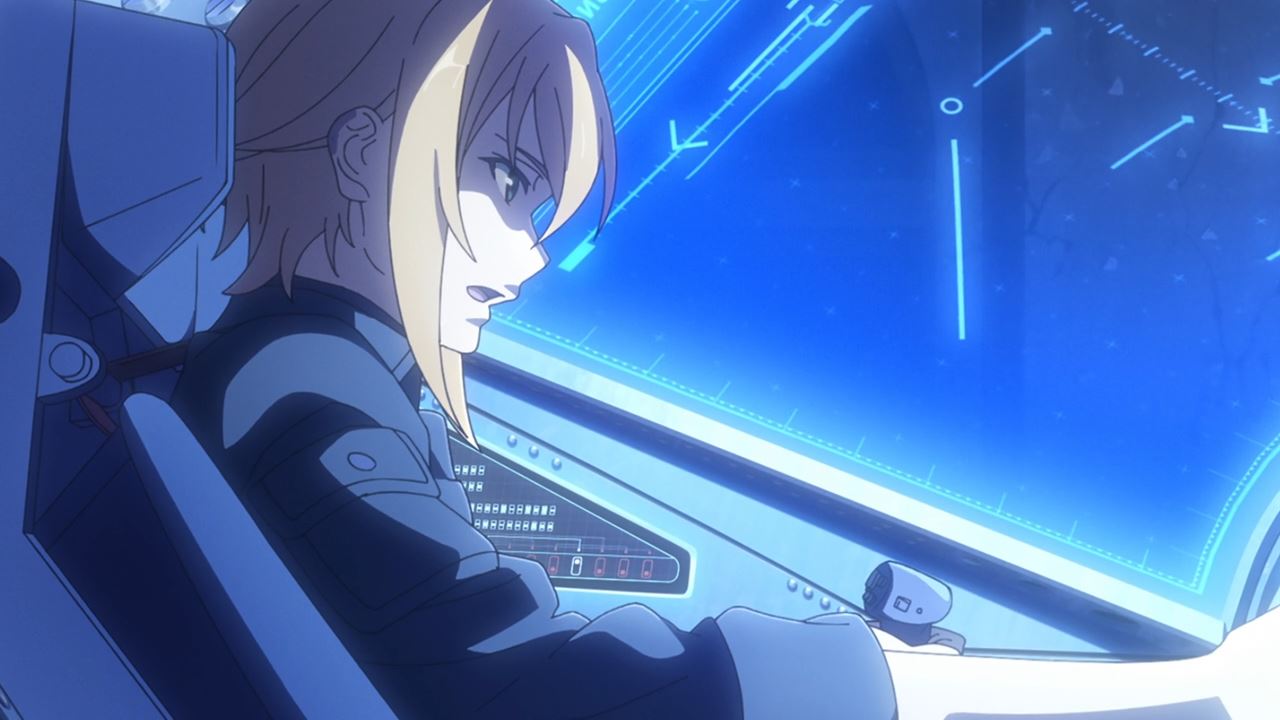 Of course, it’s not just Anju Emma who got left behind as the rest of the Eighty-Six soldiers decided to let Shinei Nouzen take care of Morpho, starting with Theoto Rikka where he decides to stay behind and fight the Legion using the city ruins as his playground. 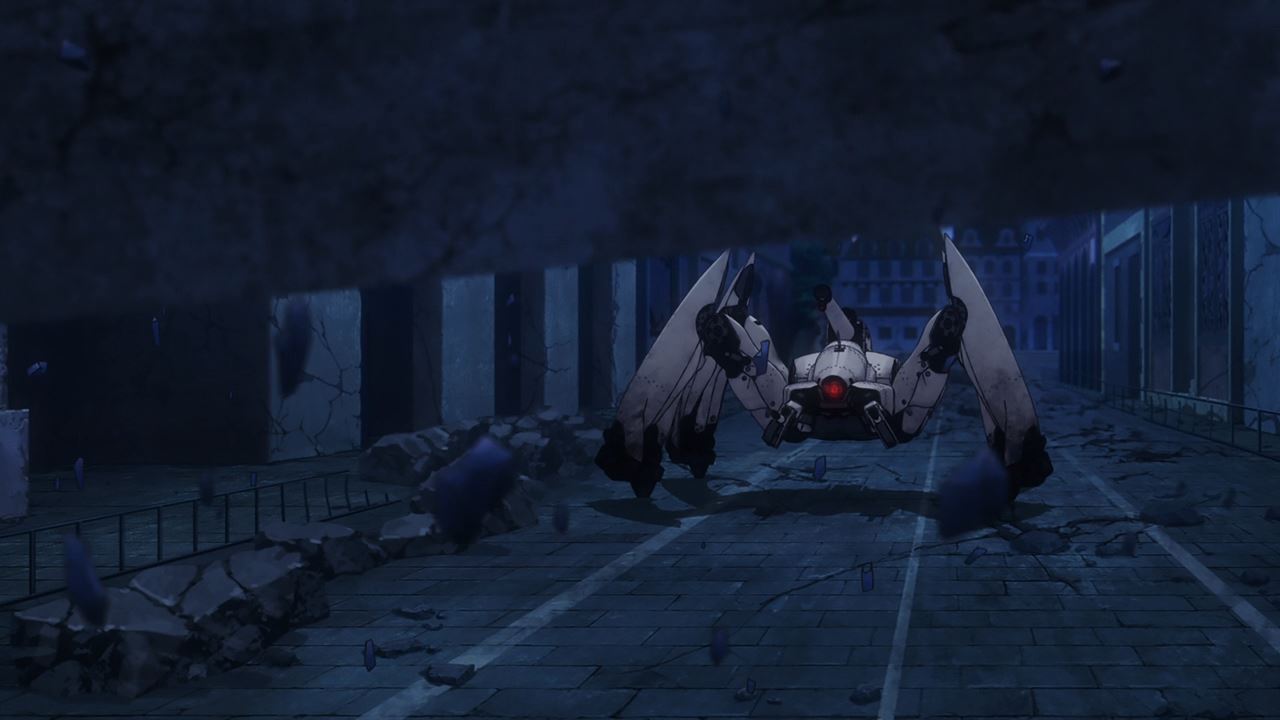 At this point, I’m really worried that most of Shin’s comrades won’t make it out alive after destroying the superweapon. Ernst Zimmermann will be very angry if none of them returned home safely. 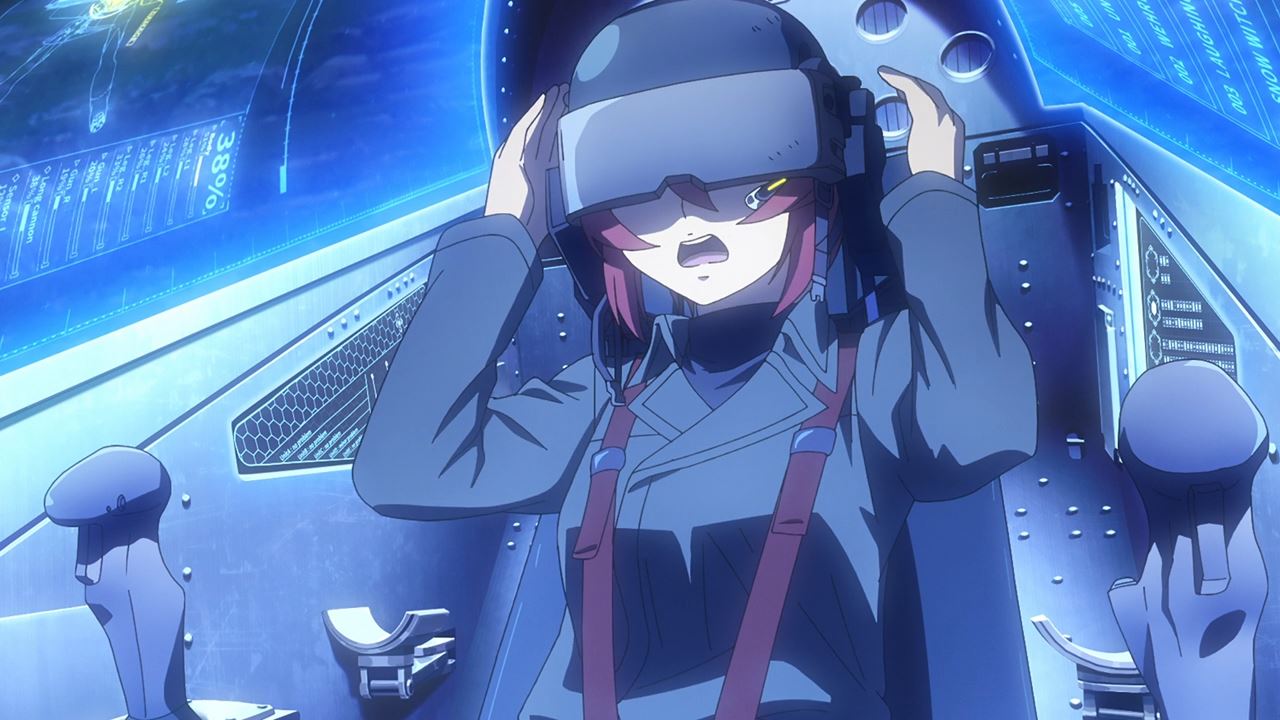 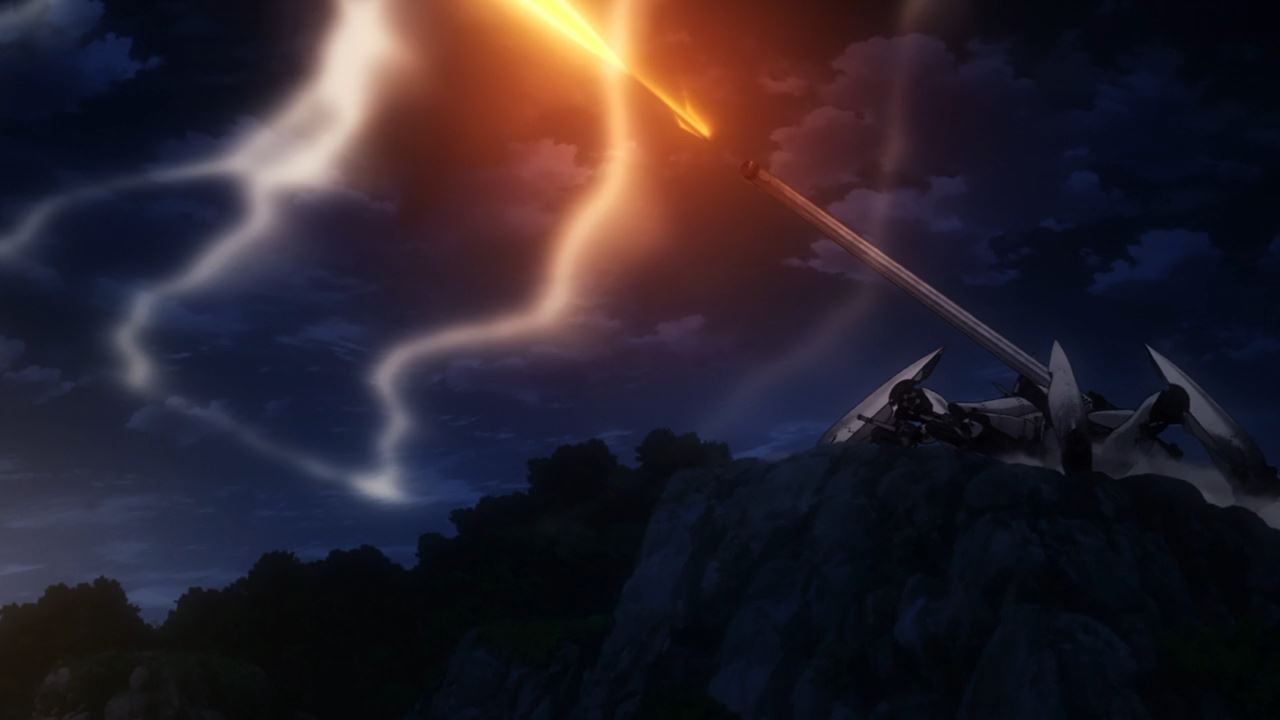 Now then, they’re getting closer towards Morpho as the superweapon tries to bombard everyone, but Kurena Kukumila stayed behind to intercept Kiriya’s attacks.

That leaves Shinei Nouzen and Raiden Shuga to take on Morpho deep within San Magnolia. 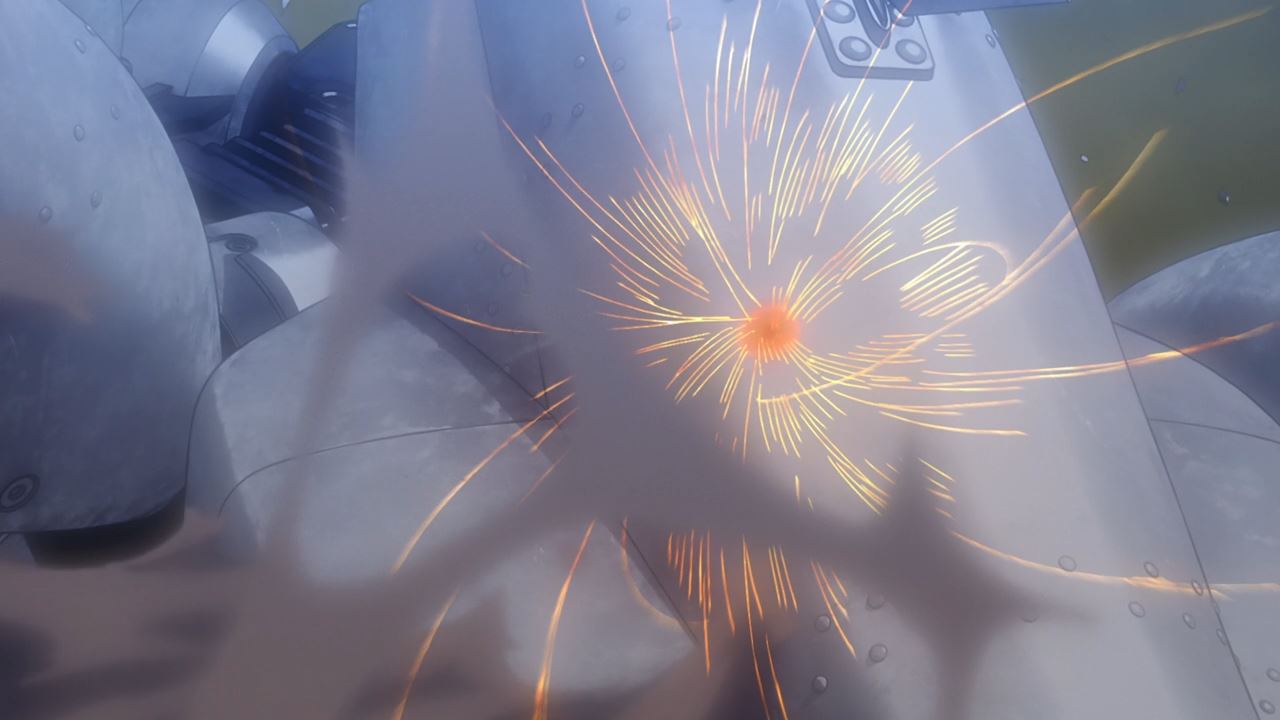 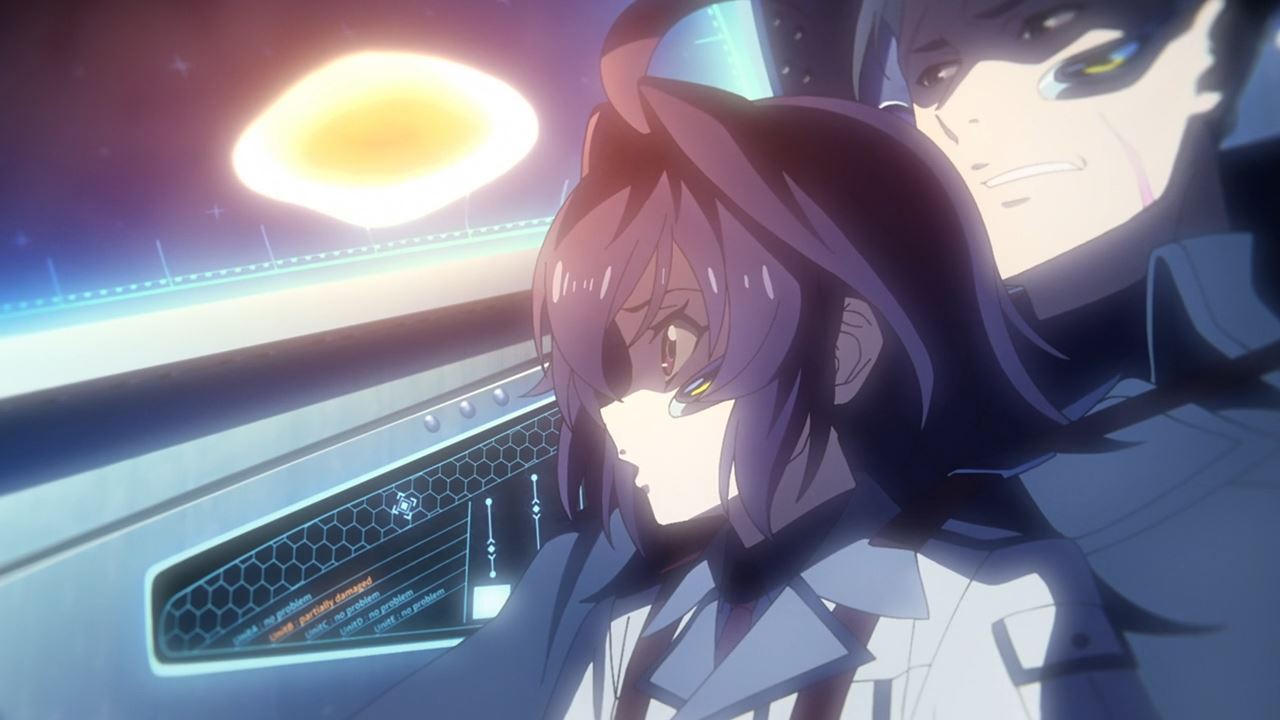 Except that Raiden got shot by a random HEAT round. Worse of all, Raiden Shuga has Frederica Rosenfort onboard his Reginleif. Man, I wish Frederica would go home rather than tagging along. 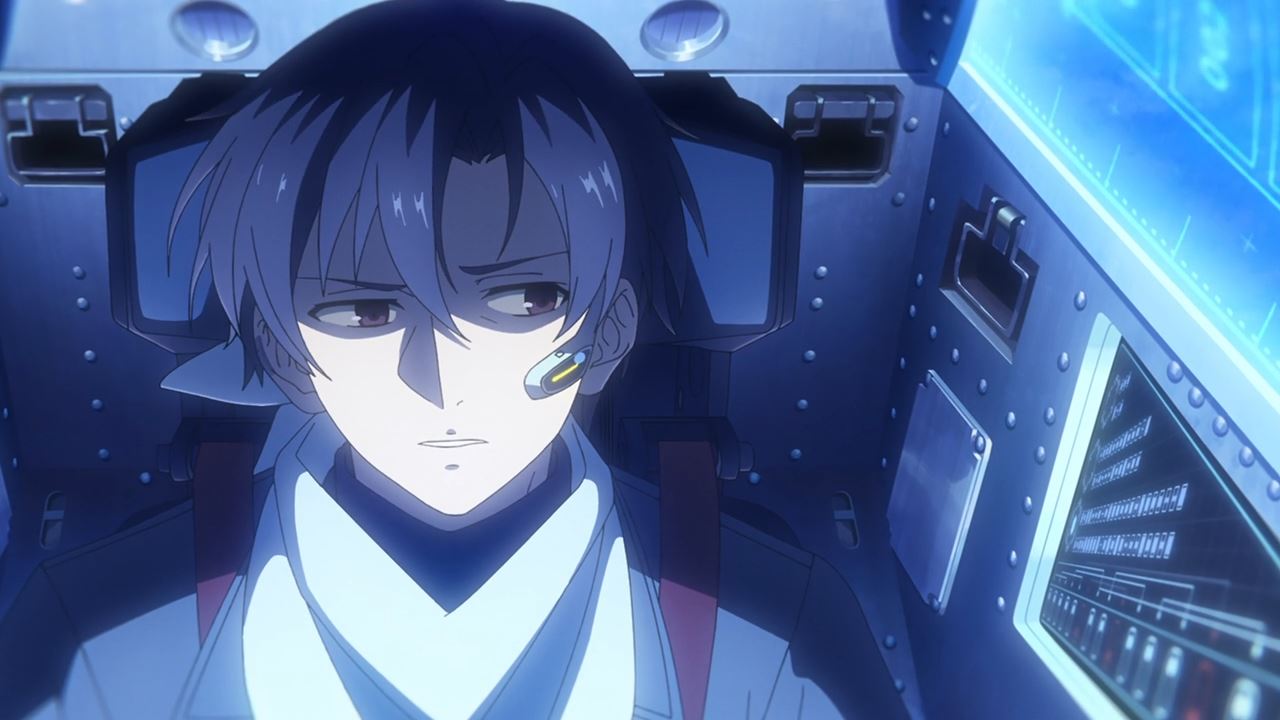 Now then, looks like Shinei Nouzen will have to fight Morpho all by himself as his allies are either left behind to fend themselves, or got killed by the Legion. 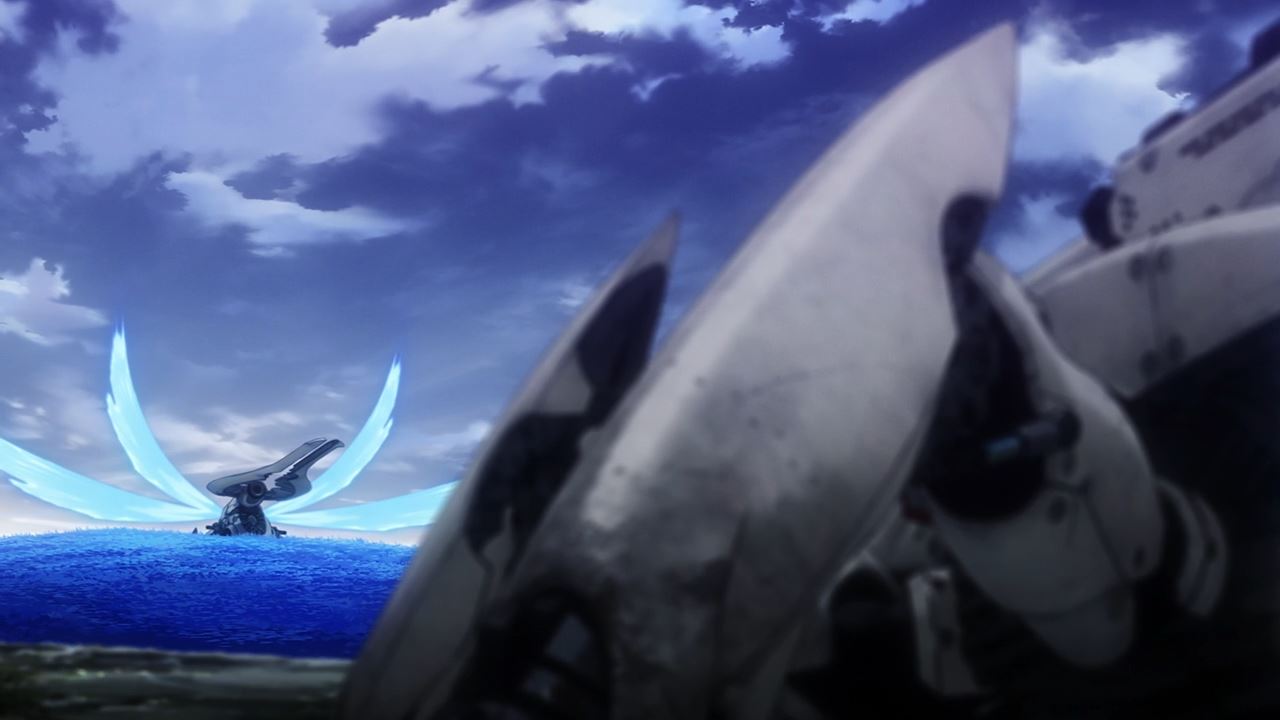 And really, this is very scary as his machine is battered-up as Shin put the Reginleif to its breaking point.

Yet despite losing his blades, Shinei’s Reginleif still has his recoilless cannon ready to blast Kiriya’s brain open… if he can get a good position that is. 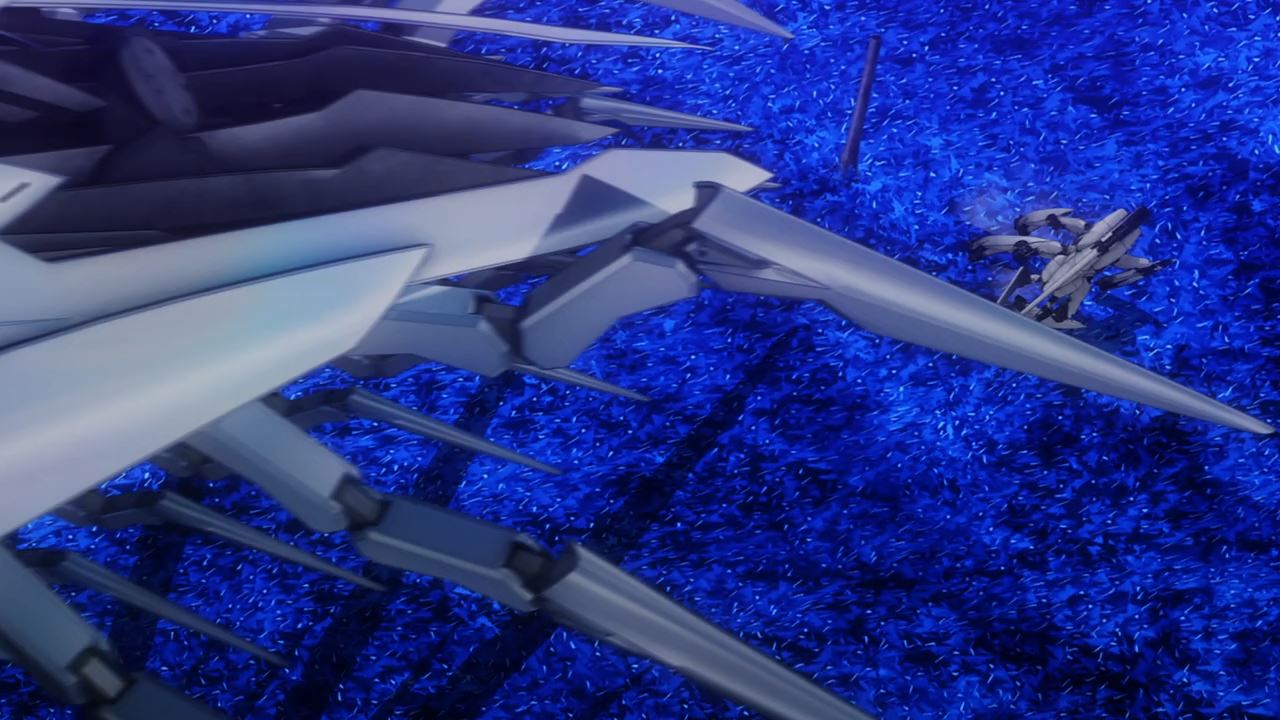 And here’s the problem when dealing with Morpho as Kiriya Nouzen prefer close-quarter combat over bombardment when facing against Shinei. Seems that Shin has no option left to destroy the superweapon. 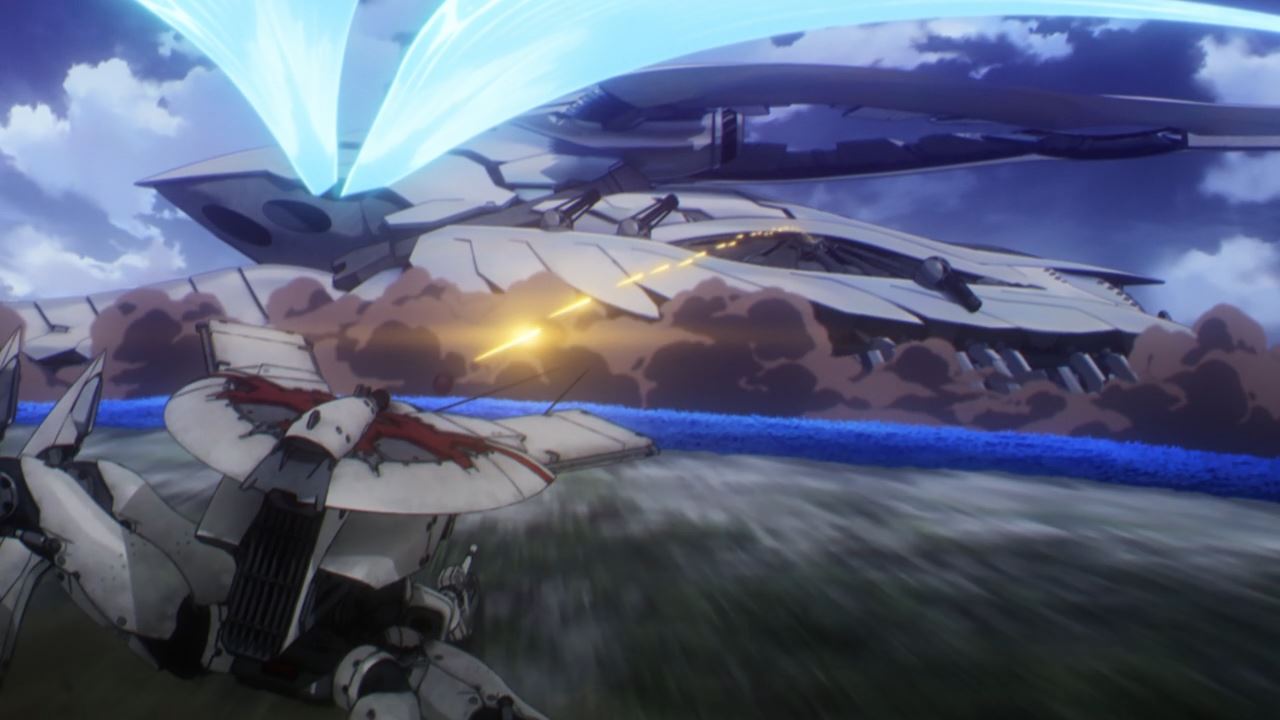 Well, that’s until one of the Reginleif decided to distract Morpho by firing its machine gun. Okay, who’s piloting this particular Reginleif? 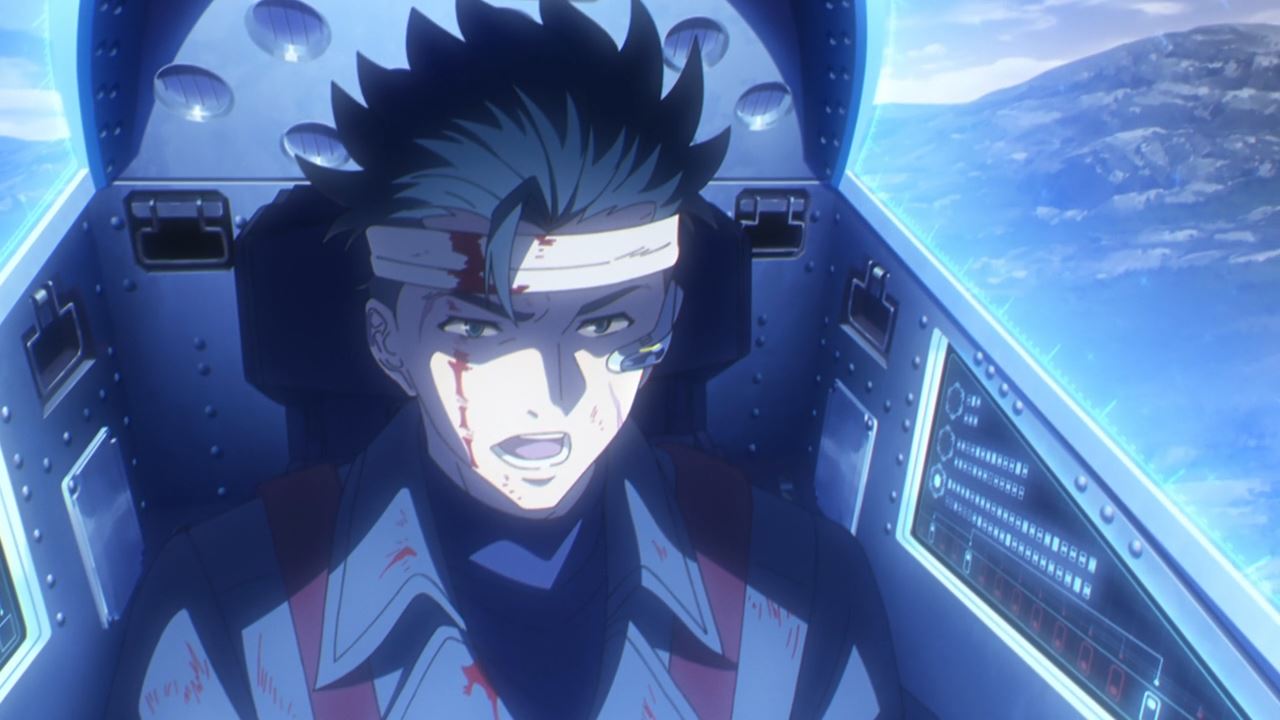 Oh, it’s Raiden Shuga where he’s still alive. Of course, what happened to Frederica Rosenfort, did Raiden took her out safely? 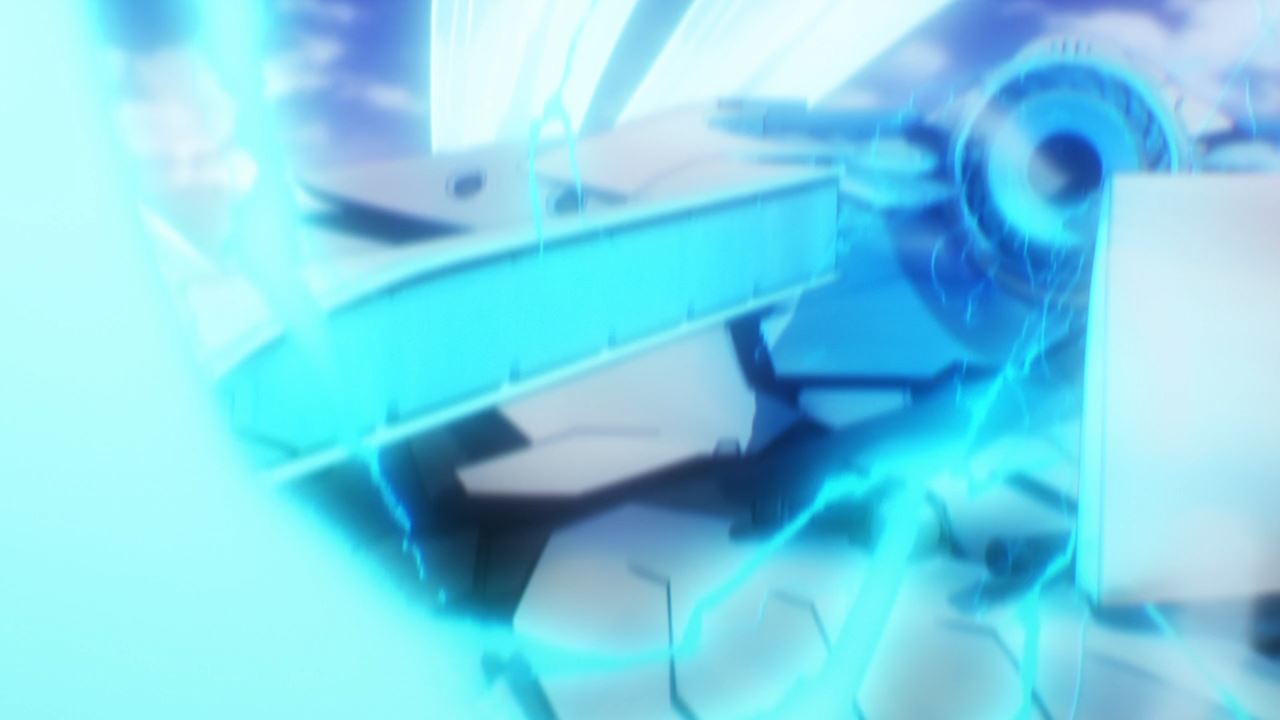 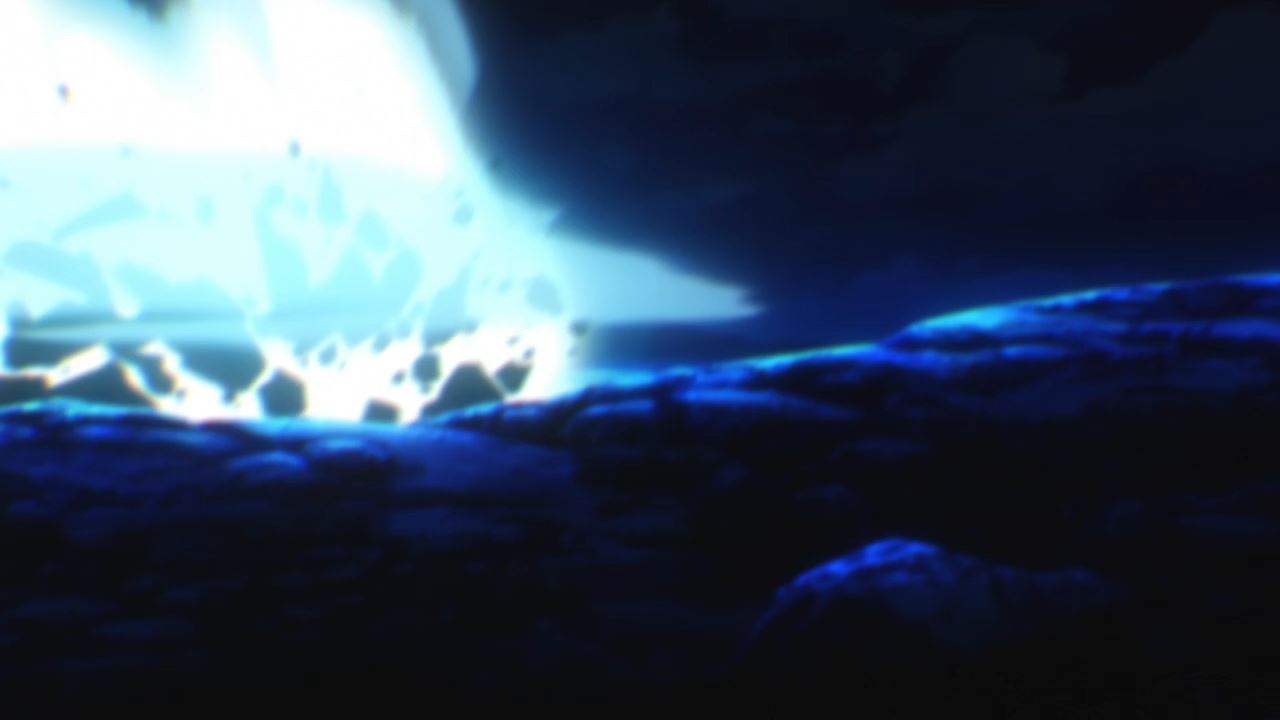 Unfortunately for Raiden Shuga, he got a taste of Morpho’s railgun at point-blank range. Dammit, I can’t believe that Raiden died!

Still, Shinei Nouzen is sitting duck now that Morpho is gonna dissect him with his tentacle wings. 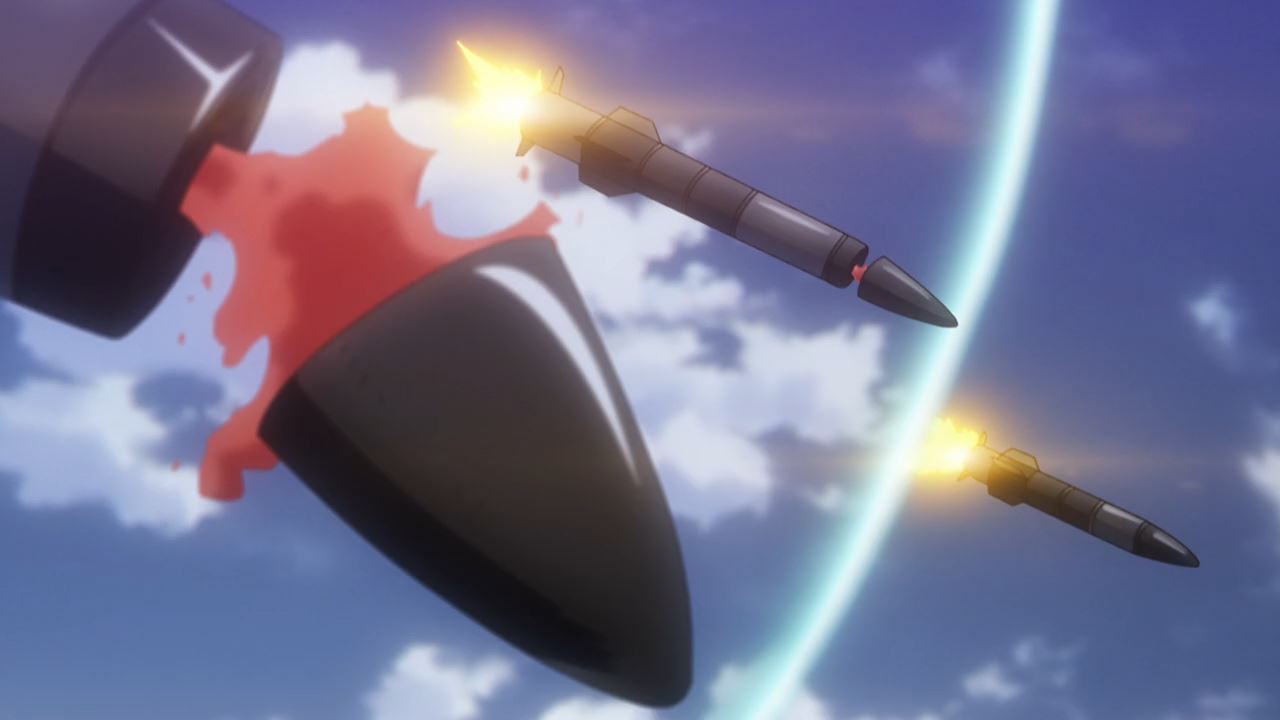 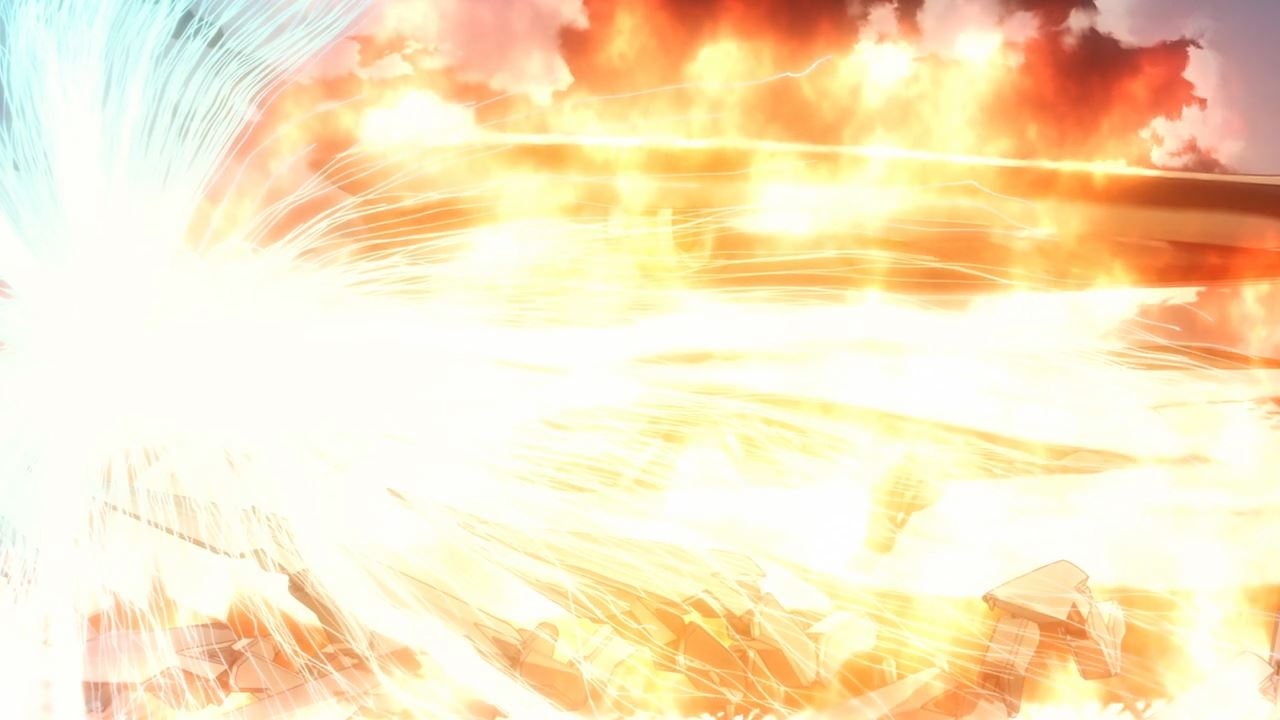 However, it seems that there’s still hope when someone ordered a napalm strike towards Morpho, incinerating the superweapon’s wings until it’s no longer functional. 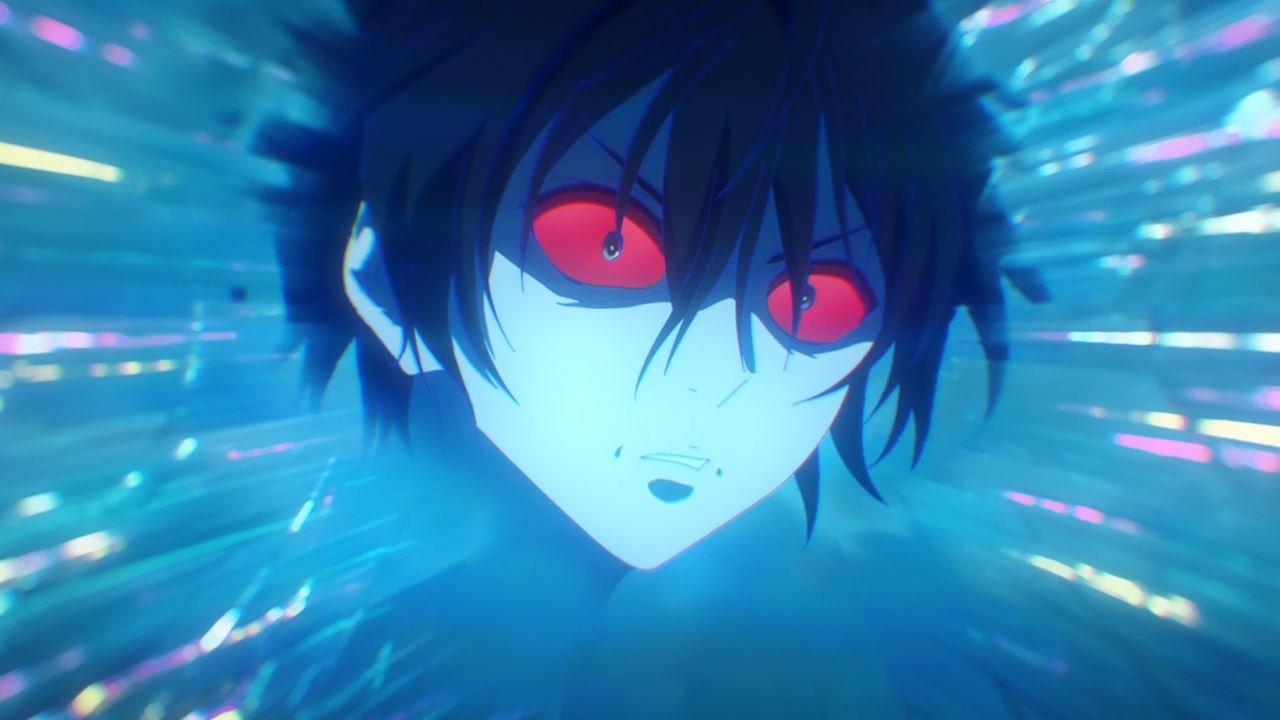 And here’s Kiriya Nouzen where he’s feeling the intense heat. More importantly, Kiriya noticed a certain person he used to care about. 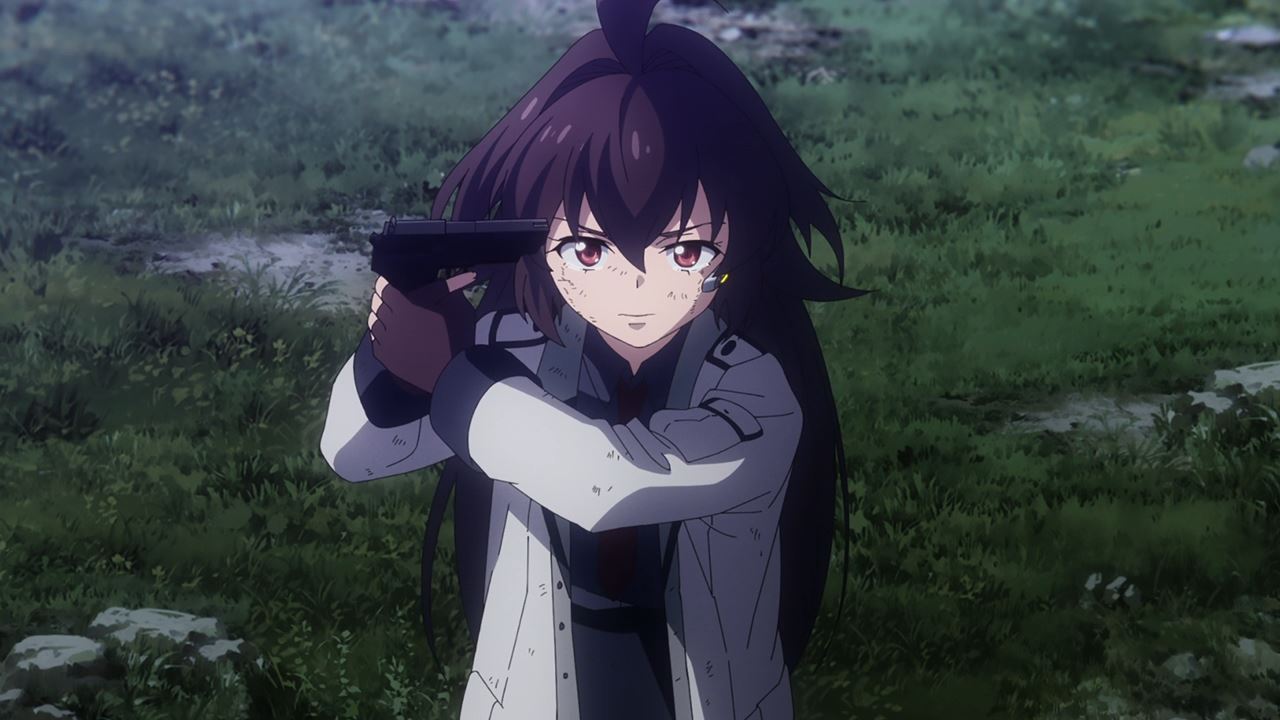 While she’s not gonna kill herself however, that convinced Kiriya to stop his princess from putting a bullet straight to her brain. 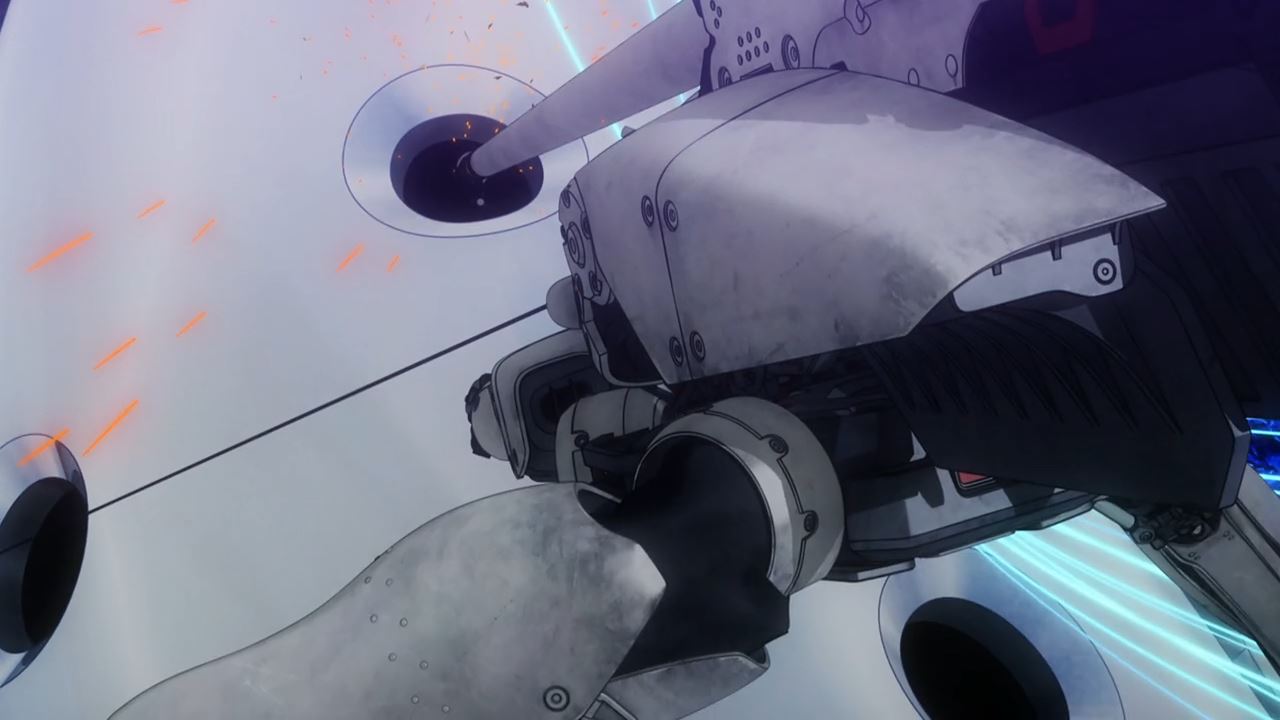 Unfortunately for Kiriya, Frederica’s distraction has given the opportunity for Shinei to put his cannon straight to Morpho’s cockpit which houses Kiriya’s brain. 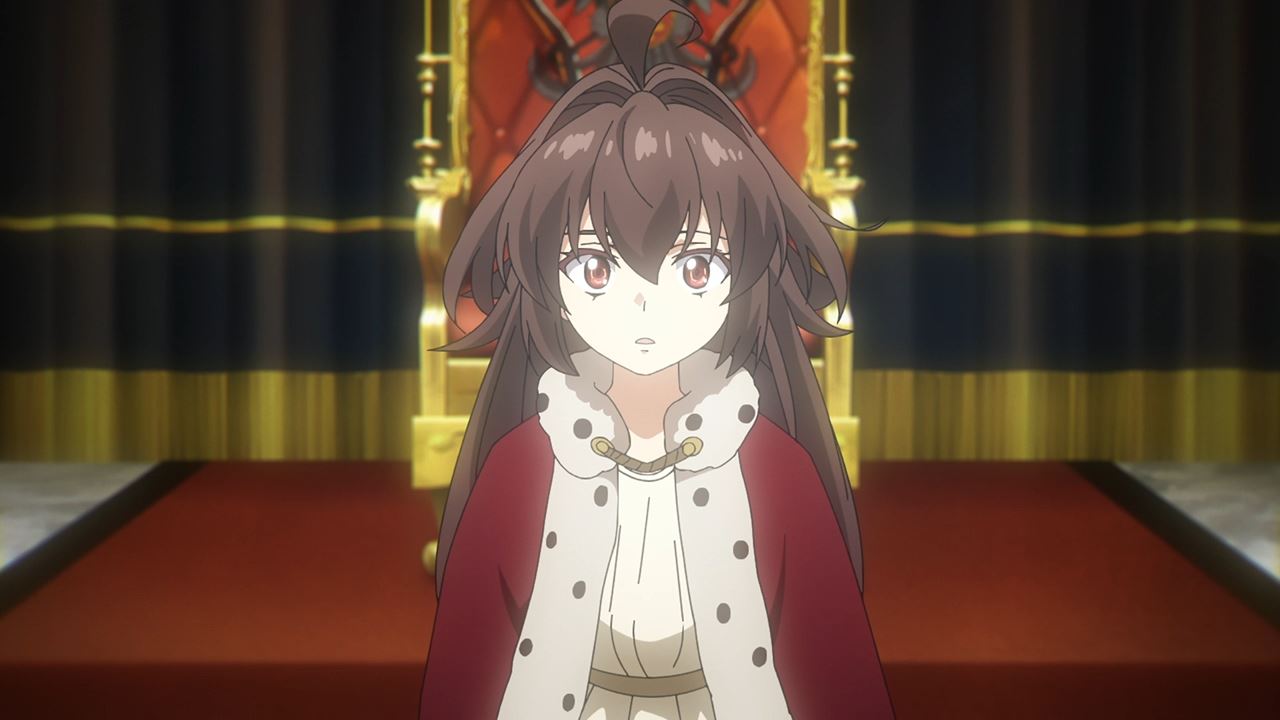 But let’s return to Augusta Frederica Aldel-Adler where she saw a vision of Kiriya having a friendly banter with Shinei, all while Shourei tries to mediate both clansmen. 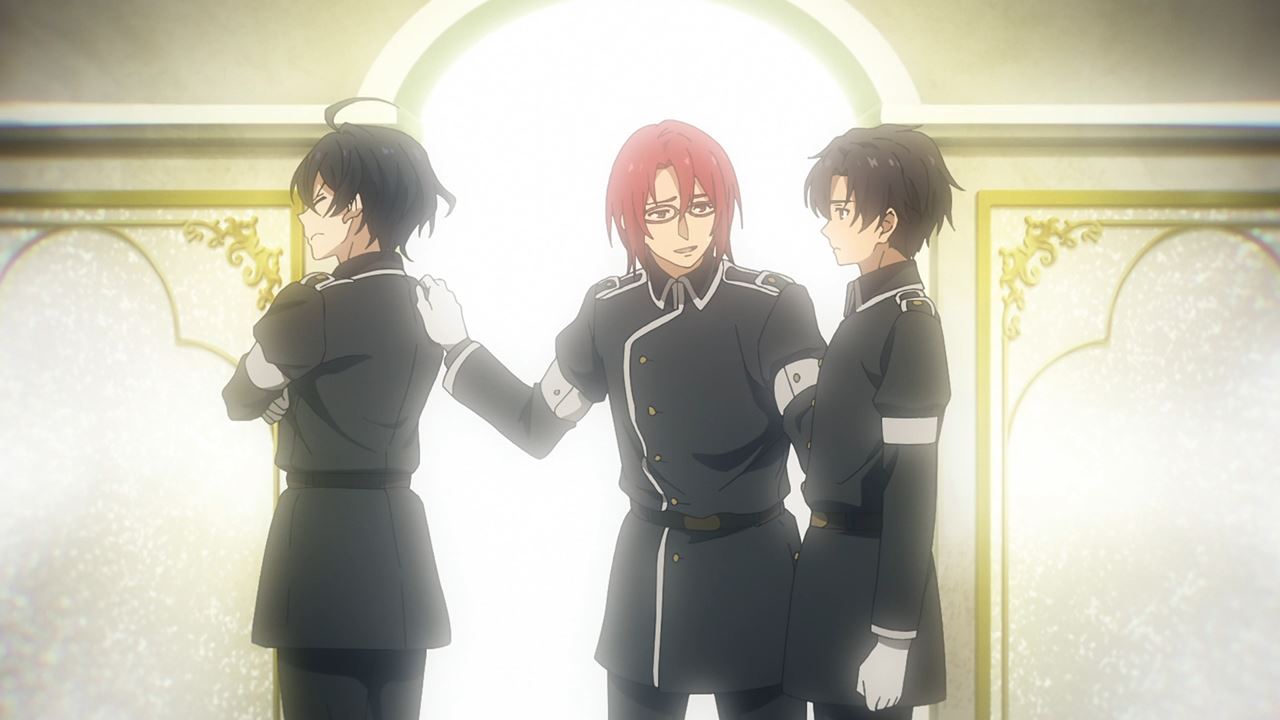 While it’s nice for Frederica Rosenfort to see an alternative vision where the Empire of Giad didn’t use autonomous machines to conquer countries, the former empress must face the fact that she must put an end to Kiriya’s madness for good. 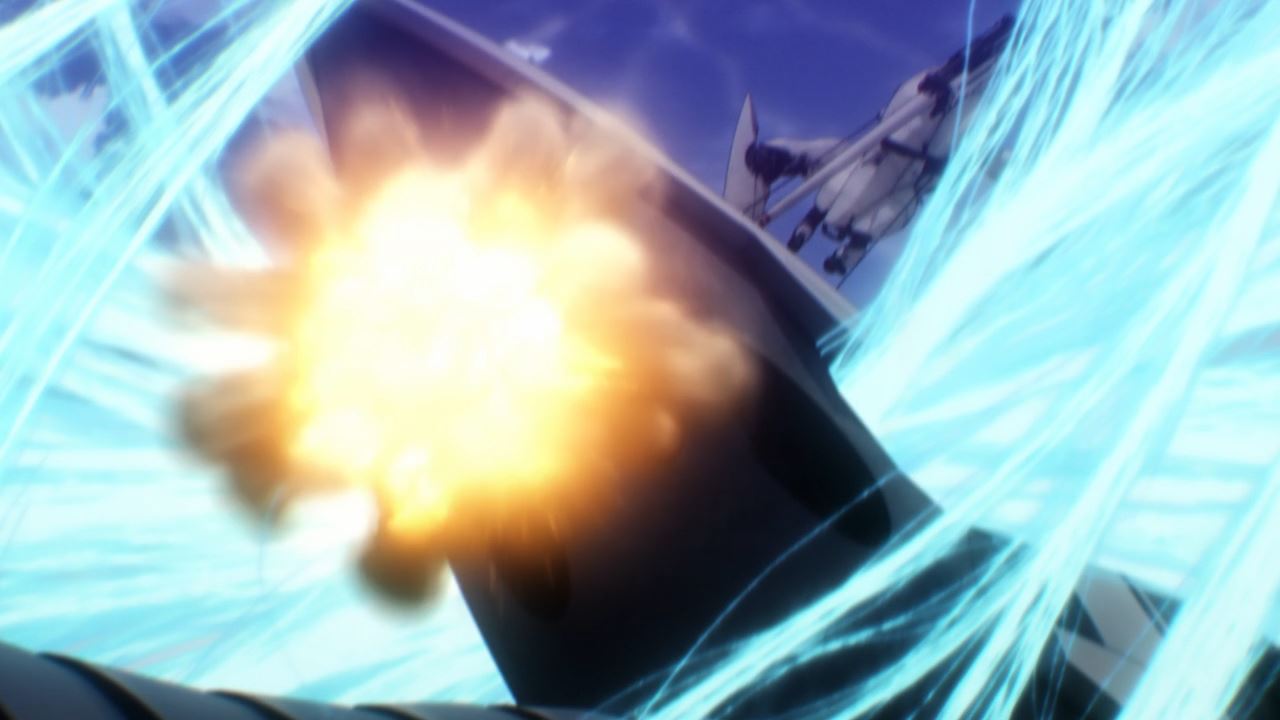 In any case, Shinei Nouzen managed to destroy Morpho by destroying its cockpit. Oh by the way, that was his last shell as Shinei is pretty much unarmed after that. 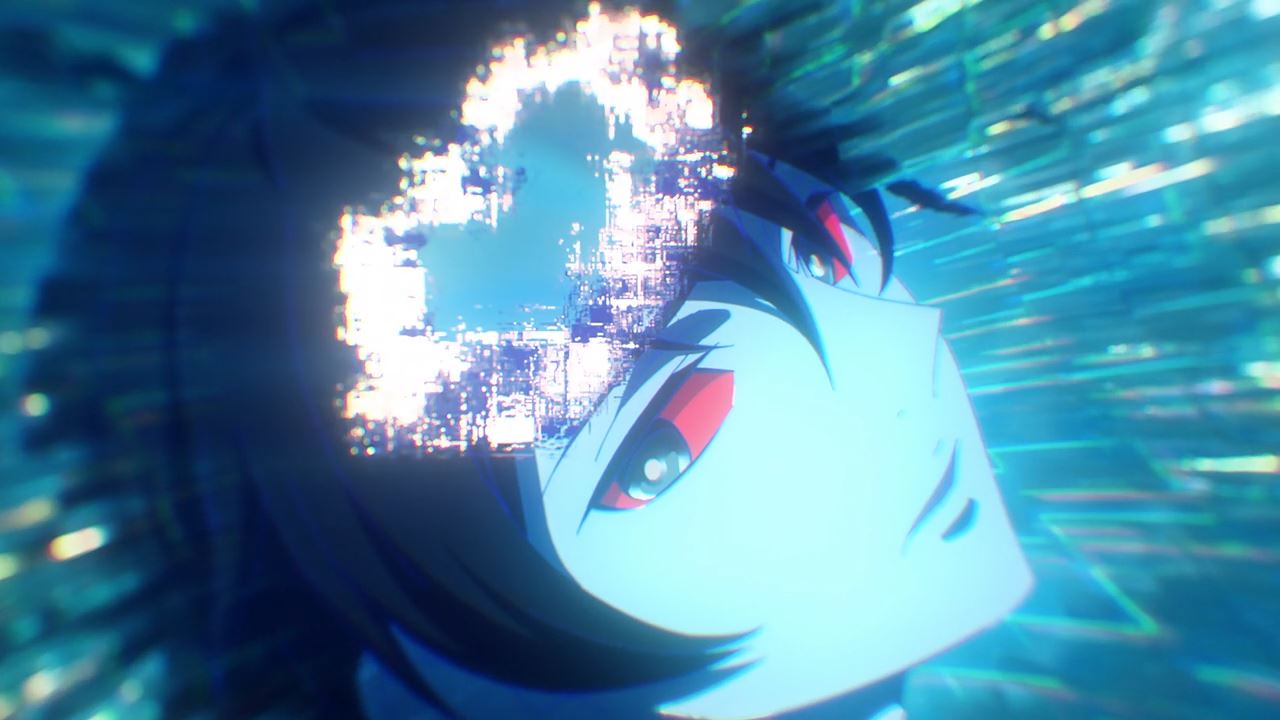 For Kiriya Nouzen, it seems that he can finally rest in peace as his soul is no longer bound to the past. The only thing I want is seeing Shinei survive. 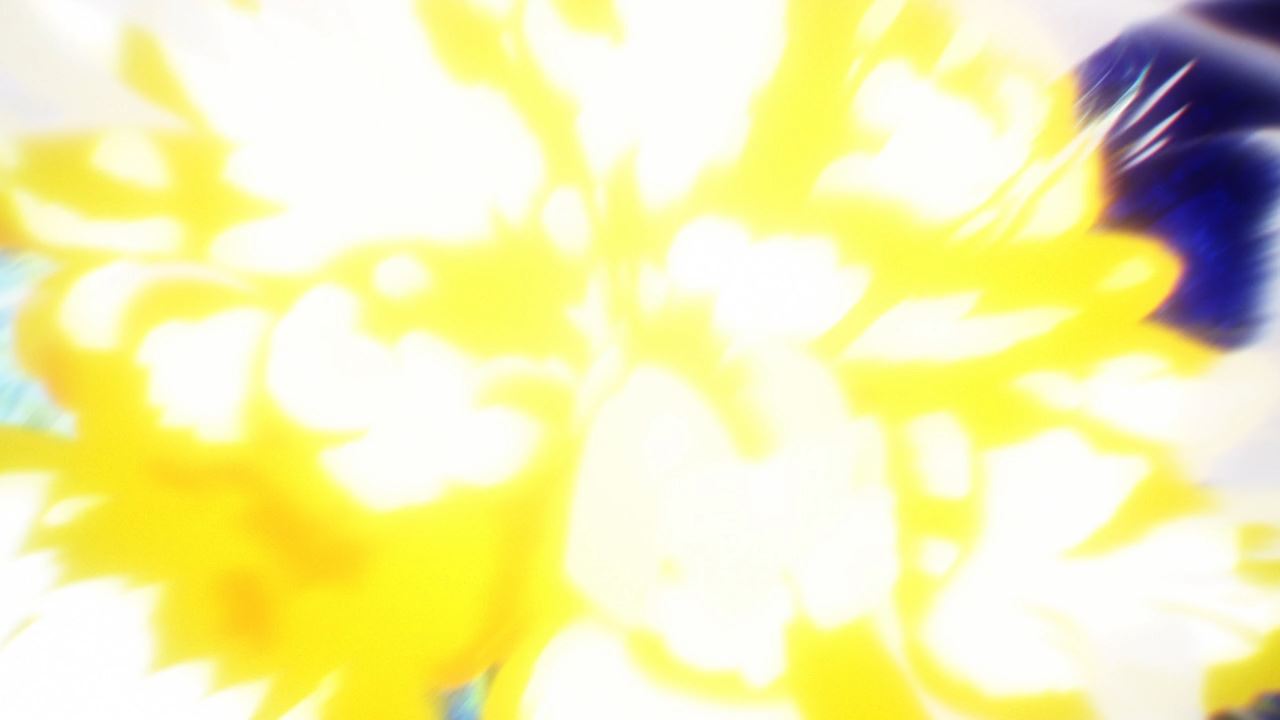 Except that Morpho activated its self-destruction sequence which not only destroys the superweapon, but Shin’s Reginleif was caught by that large explosion. Dammit, this is not how you end this episode!

On the other hand, I wonder who ordered a napalm strike against Morpho? I mean, it’s unlikely that Grethe Wenzel would order fire support since the base is far away from Shinei’s position. Wait, don’t tell me that a certain handler from San Magnolia ordered her remaining troops to bombard the superweapon?

Anyways, see ya in March for the final 2 episodes of 86. Let’s hope that Shinei Nouzen and the rest are alive since I don’t want them killed on the battlefield.