Posted on January 1, 2022 by benigmatica 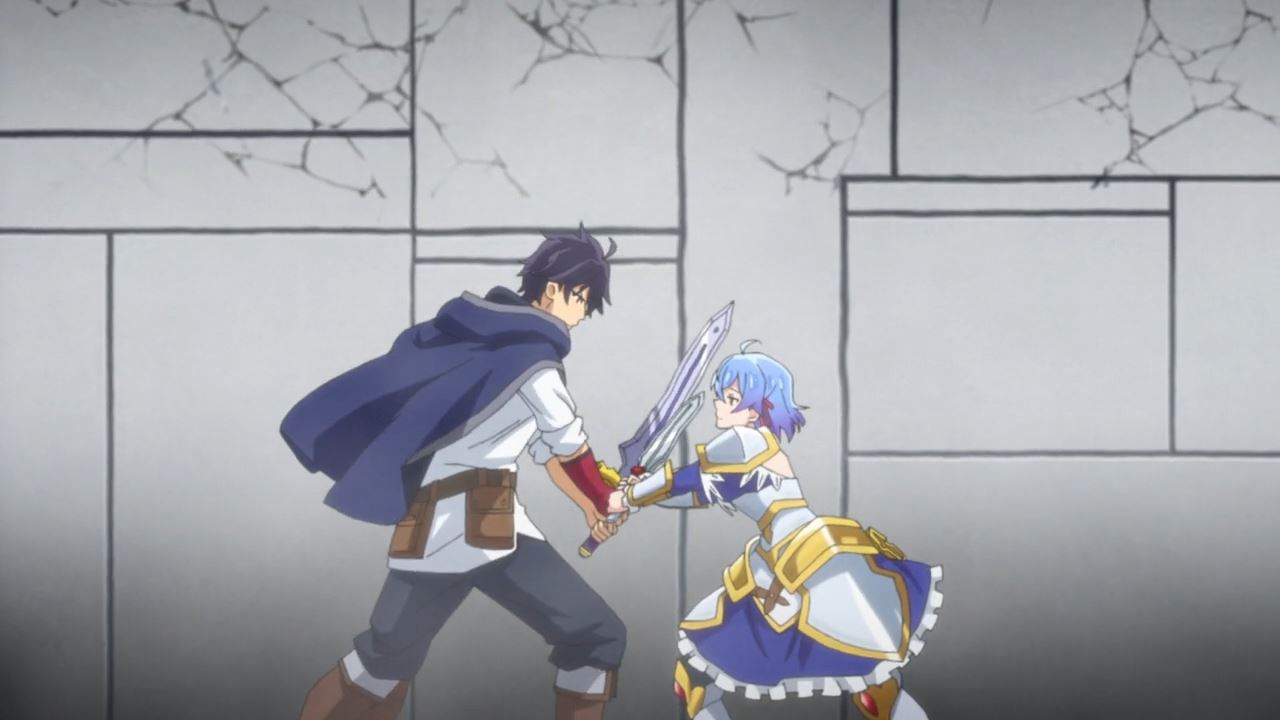 Well everyone, this is the final episode where the Ragnason siblings are fighting each other, although Gideon/Red tries to snap Ruti out of her heroic trance as she’s holding the Sacred Avenger holy sword. 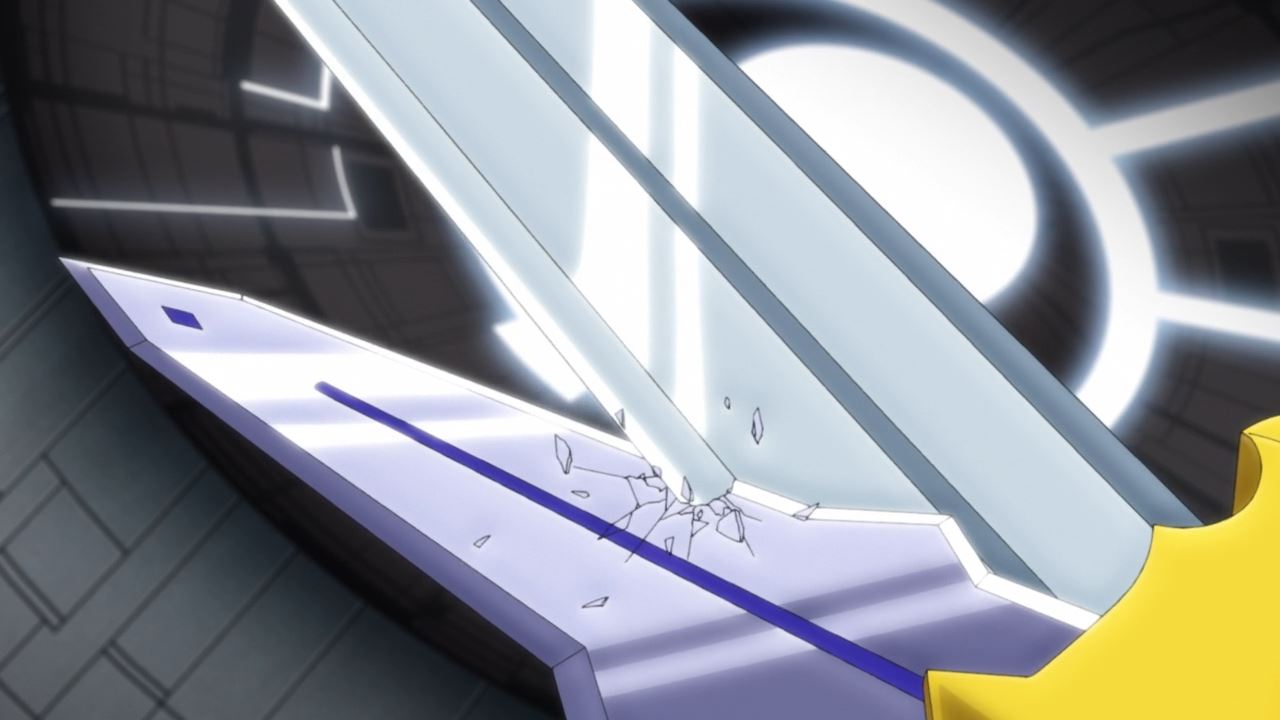 Unfortunately for Gideon, his sword got wrecked as Ruti’s brutal strength shattered it cleanly. Well, looks like Red is doomed… or is it? 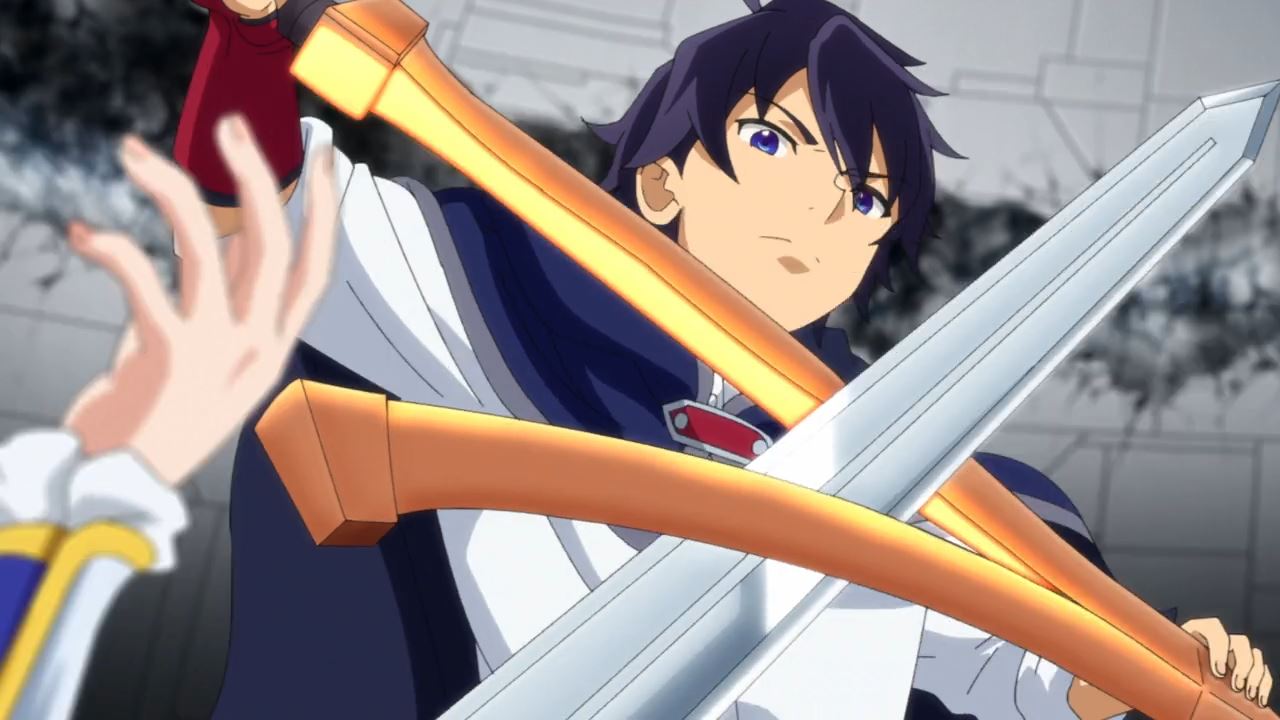 Fortunately, Red still has his trusty bronze sword where he used it to disarm Ruti. Pretty clever there from the former guide. 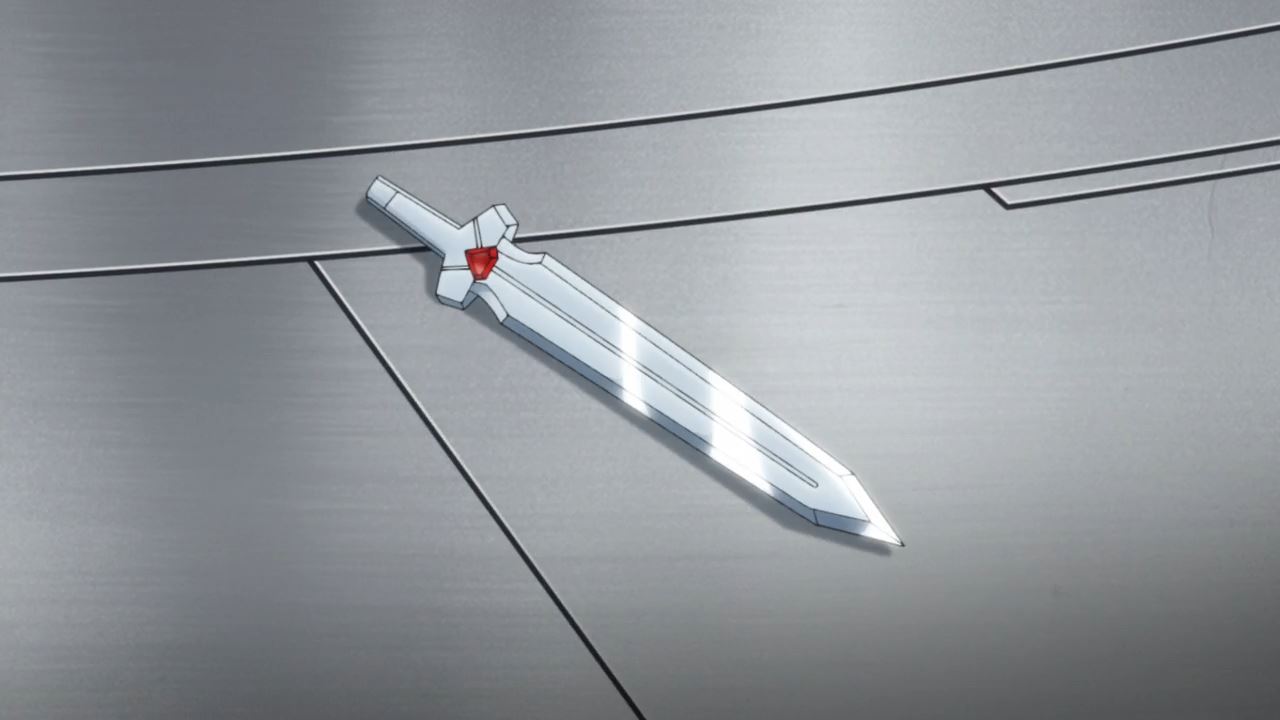 And so, Ruti Ragnason is no longer holding the Sacred Avenger sword as she’s back to normal. Well, that was really quick and anti-climatic. 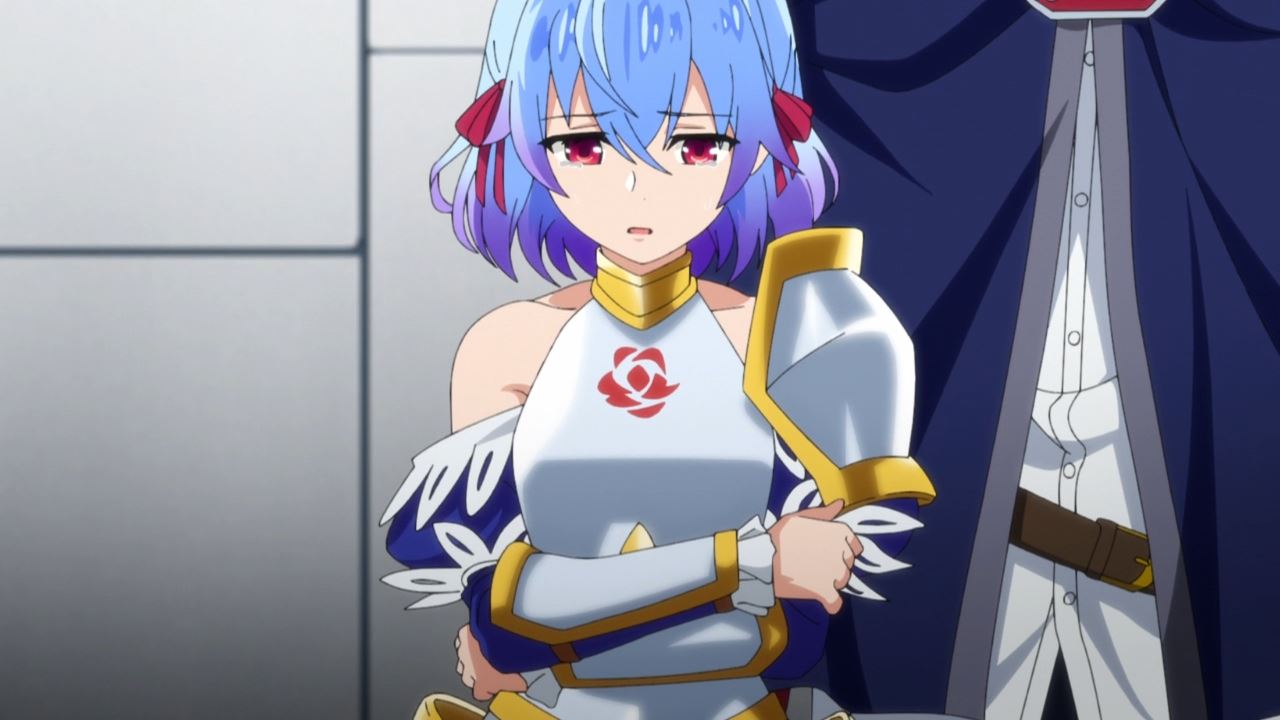 Then again, Ruti Ragnason is horrified that she mortally-wounded Tisse Garland thanks to her Hero’s Blessing. She wouldn’t forgive herself for hurting her dear friend. 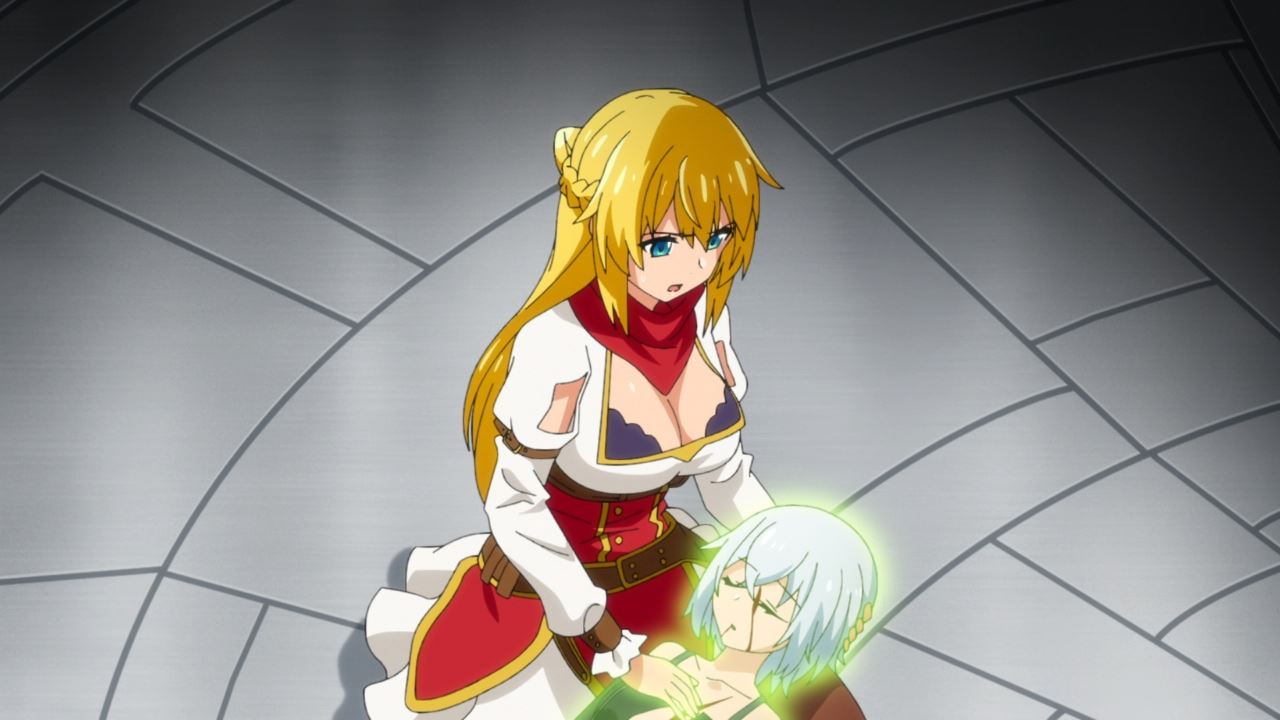 Now then, looks like Rit is trying to heal Tisse’s wounds but her magic is not enough to save the assassin from certain death. Heck, even Ruti can’t even save Tisse as her blessing doesn’t work anymore.

That’s until Theodora Dephilo appeared to redeem herself as she’ll use healing magic towards Tisse Garland. 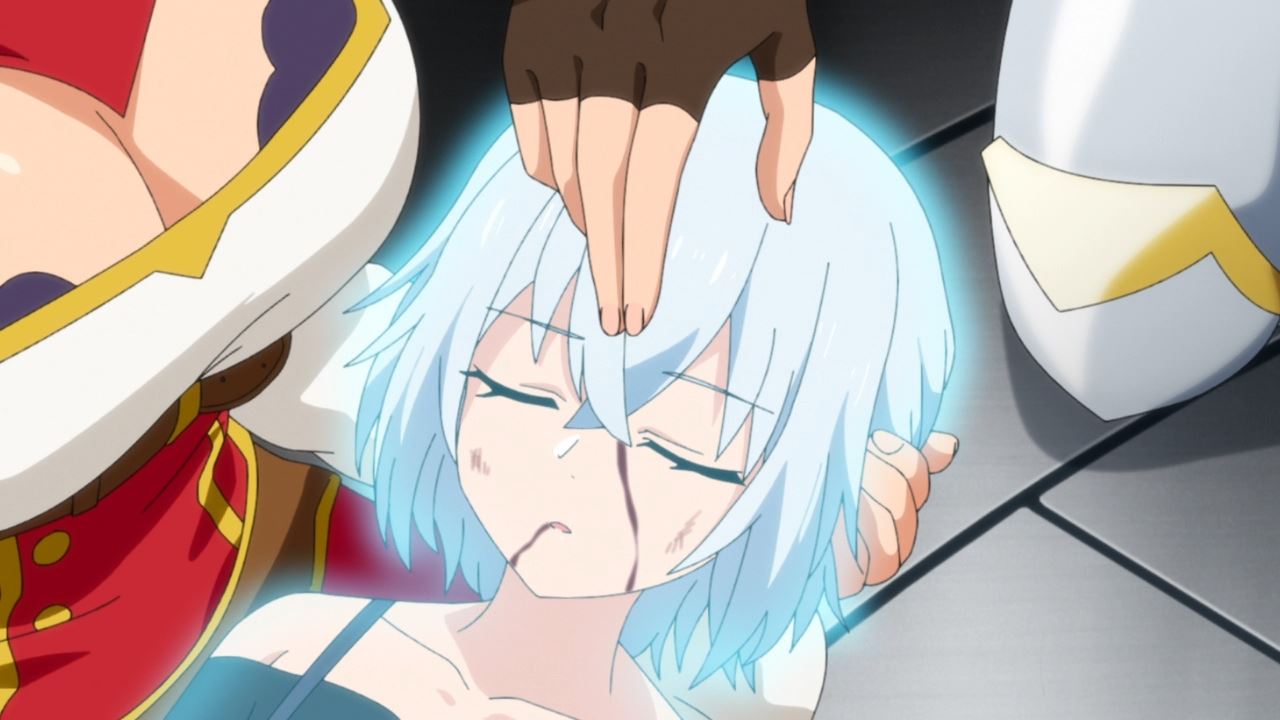 And as you can see, Theodora managed to heal Tisse’s wounds until it’s gone. Looks like the assassin is saved.

Of course, Theodora told everyone that she’s ready to face punishment, especially when she indirectly conspired with Ares regarding Ruti’s duties as a hero.

Unfortunately for the crusader, Theodora didn’t know about Ruti’s true feelings until it was too late, thus she’s ready to receive a fatal punishment from the hero.

However, Albert Leland told everybody to spare Theodora Dephilo’s life as he wants the crusader to atone her sins in a non-lethal way… and that’s by becoming a guide to adventurers. Well, it’s better job than being just a crusader.

But that’s the end of Ruti Ragnason’s ordeal where she was saved by her own brother Gideon. Then again, let’s not forget that Ares Srowa died due to his foolishness. 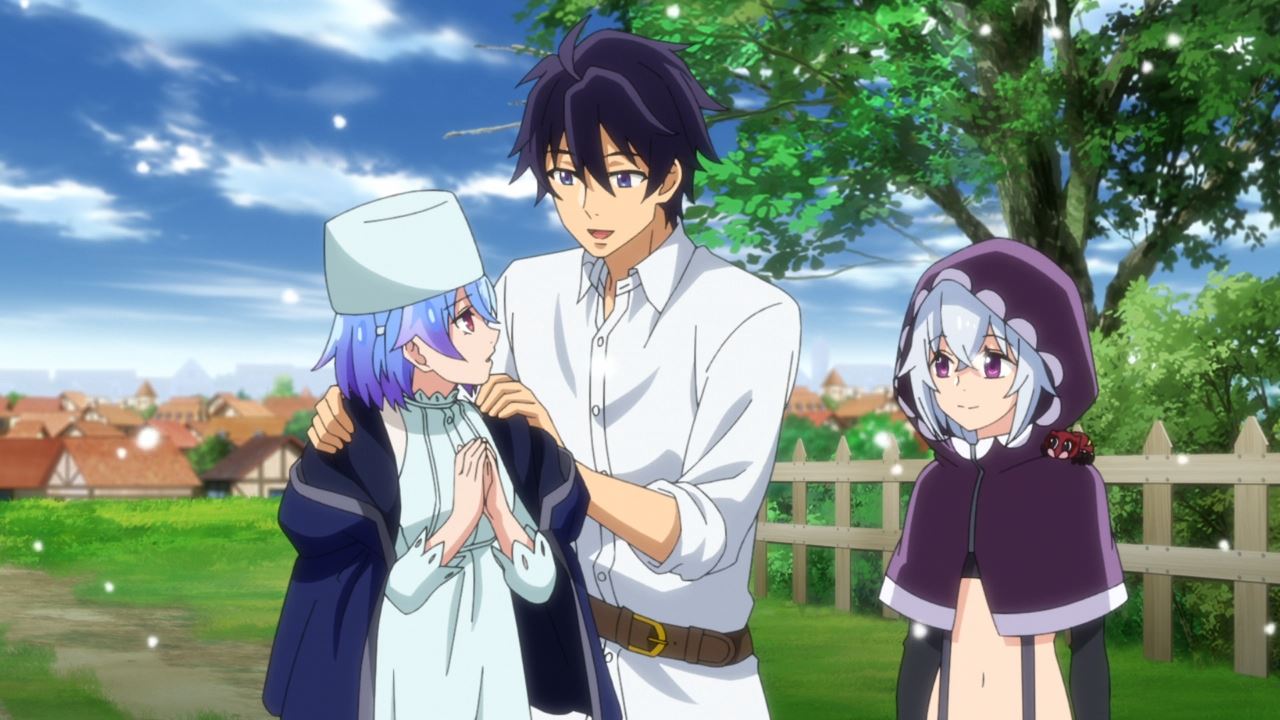 With Ruler, Ruti can dominate and control other blessings, including her Hero’s Blessing. This means that Ruti is no longer bound by her heroic duty. 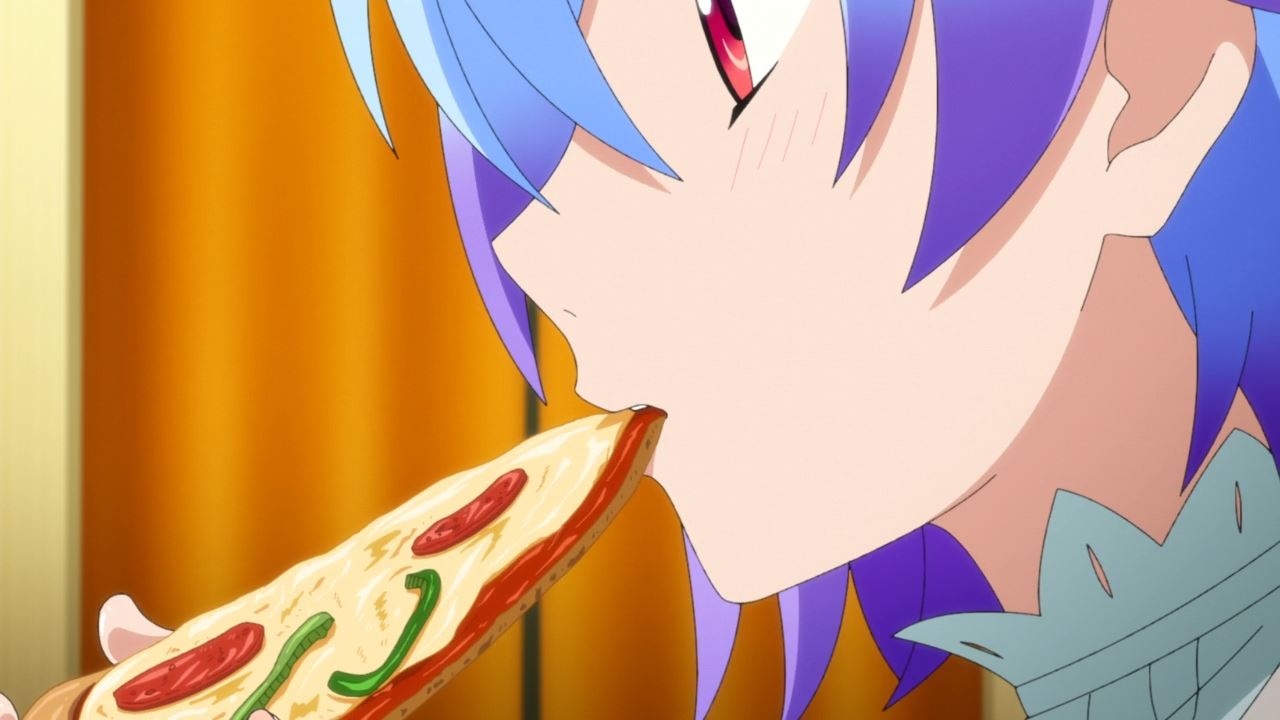 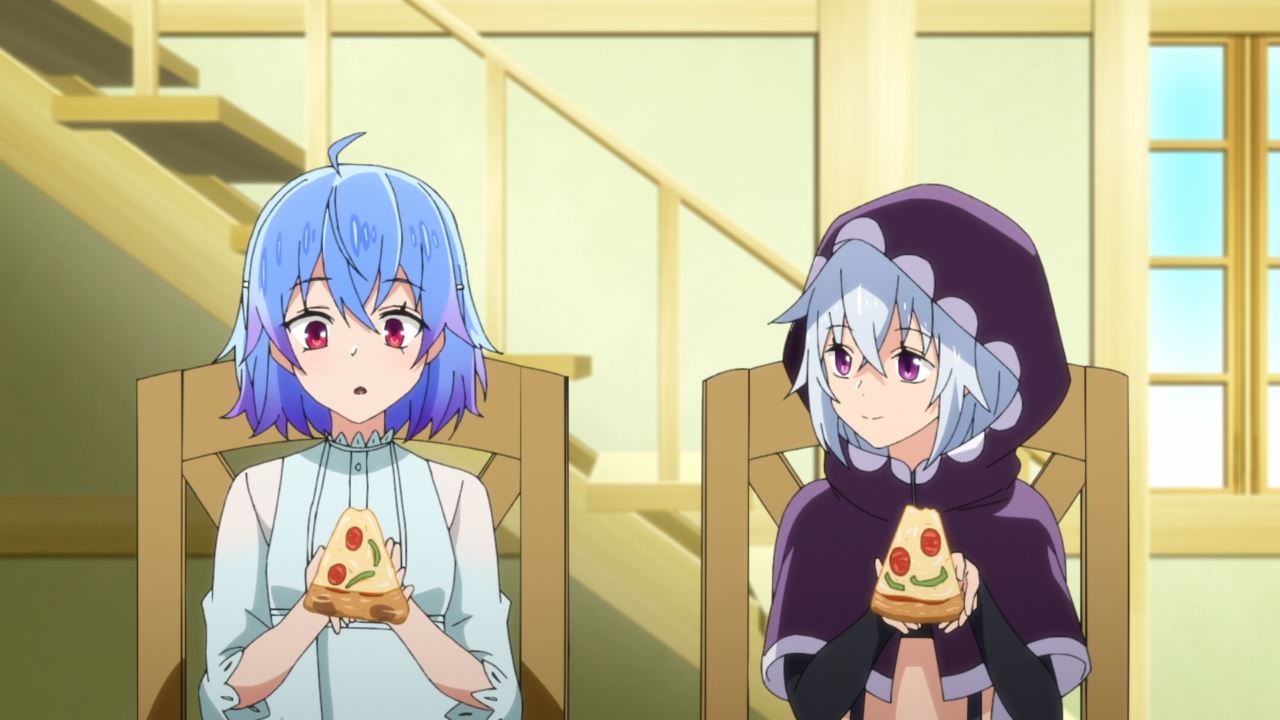 And really, seeing Ruti feeling the bitter cold, as well as eating pizza with Tisse makes me happy that she can finally live as a normal girl… until someone called for help in which Ruti will play the hero. 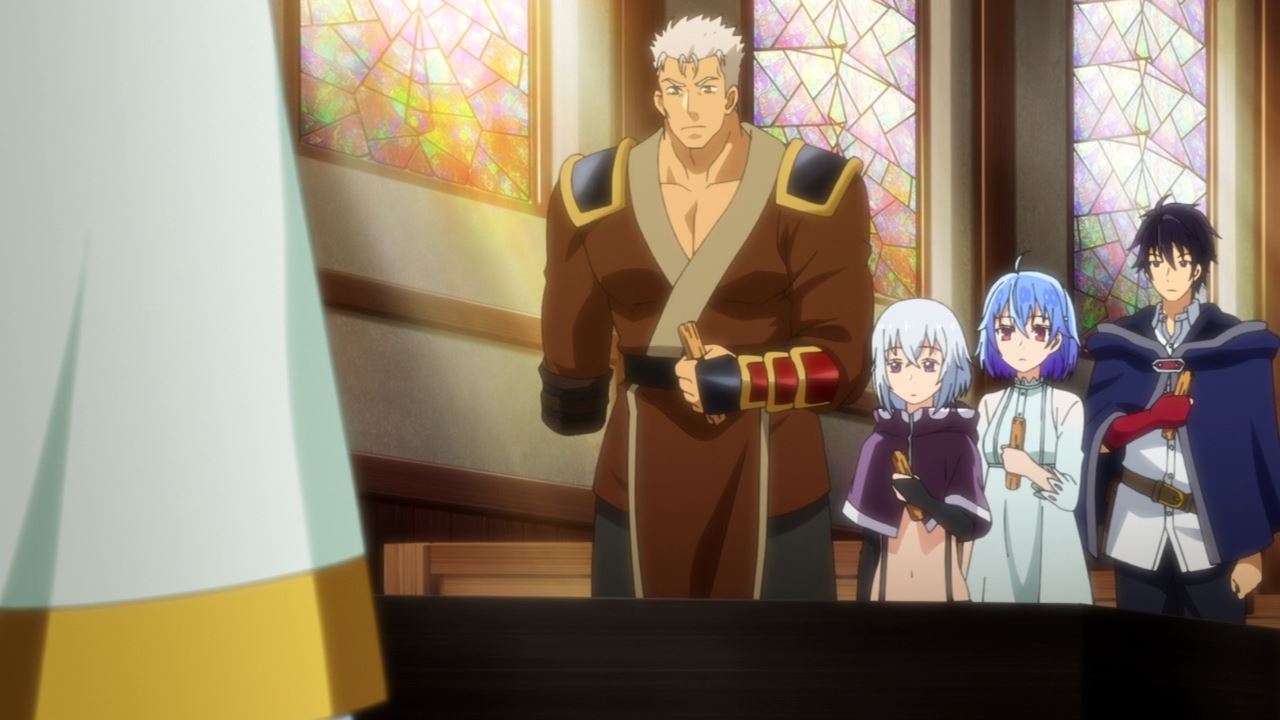 Meanwhile, it’s time for funeral service for Ares Srowa where everyone need to pay their respects to their departed sage, even though the truth is that Ares is blinded by greed thanks to his encounter with Ruti. 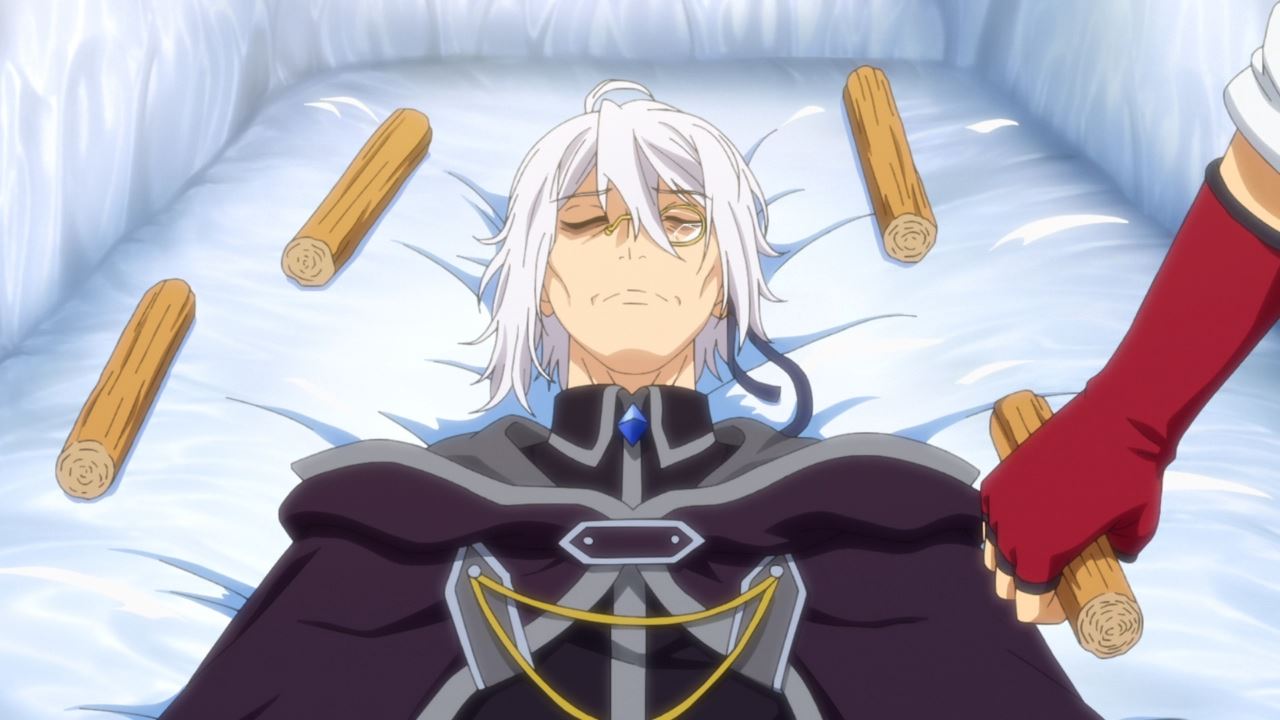 Of course, I wish Ares would reincarnated into a better person rather than repeating the same mistakes. But that’s the end of this fallen sage. 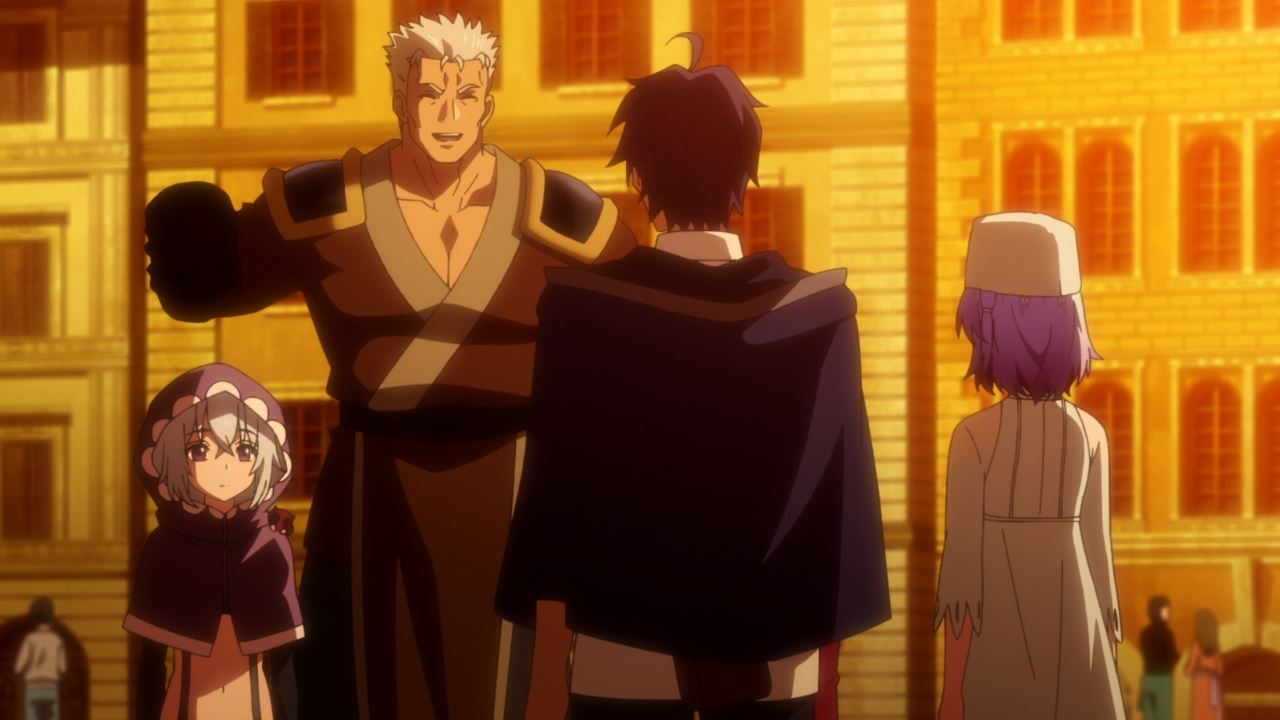 But as for the rest of the party, they’ll go to their separate ways with Theodora continuing her journey as a guide, while Albert will try to either follow Theodora or reconcile with his former party members.

And while Tisse will continue her job as an assassin, Danan LeBeau call it quits as he can no longer fight than he used to due to his missing right arm. Would it be better if Danan becomes a teacher to future martial artists like him? 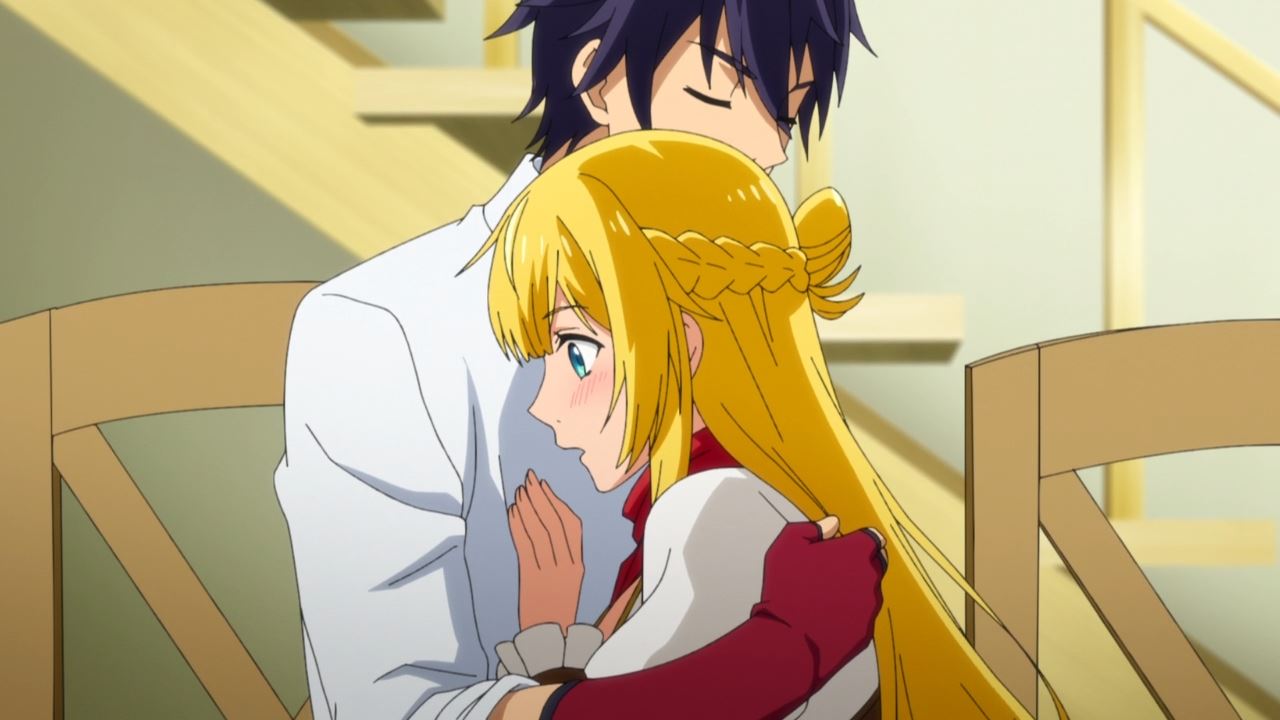 Now then, the moment you’ll all been waiting for as Red and Rit are finally alone where the former guide wants to be with the former princess for all eternity until they grow old. That was nice of him!

Oh, and they have sex afterwards where Rit wants to start a family with Red. Really glad that they finally have a honeymoon after all the trouble they went through, especially when saving Ruti from her terrible fate. 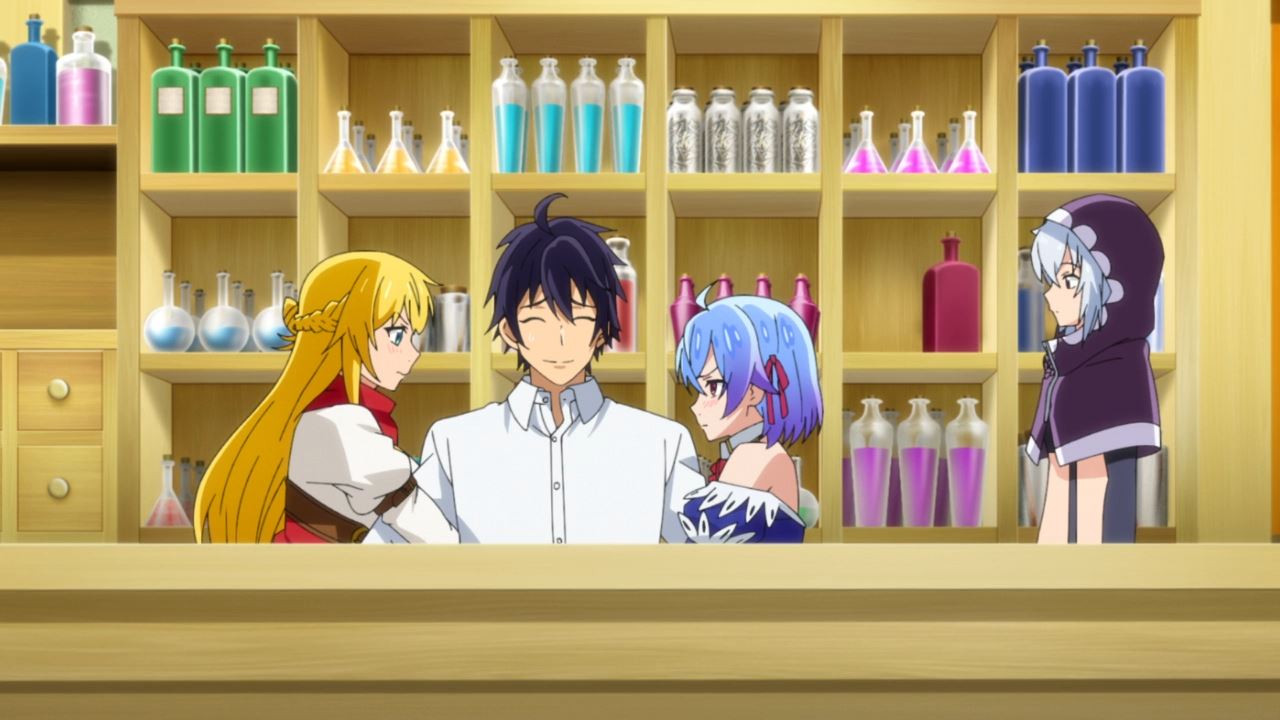 But speaking of Ruti, she’s getting more jealous as she wants to be with her brother, although Rit won’t let Ruti have her future husband.

And that’s the end of this show where everyone lived happily ever after. Well, the demon lord is still out there and there are some questions left unanswered, like why the Asura demon Shisandan can handle holy swords created by the Almighty One (or the Almighty Demis)? I have a theory that Shisandan might be the first hero in which he urges someone possessing the Hero’s Blessing to carry his/her destiny, but I’ll never know the answer unless Kadokawa greenlighted another season.

Still, I really like how Red is very comfortable living in the countryside together with Rit in which they help the people of Zoltan with various stuff from the apothecary. Of course, I can’t stand Ares so much as he’s not only annoying to the point that Ruti almost killed him, but he’s also incompetent that Ares destroyed the entire party in the first place.

Honestly, I really wish that the story is all about Red’s life at the boonies, but there’s nothing that I can do about it as this is how Shin no Nakama presented. If only the hero’s story is more interesting… 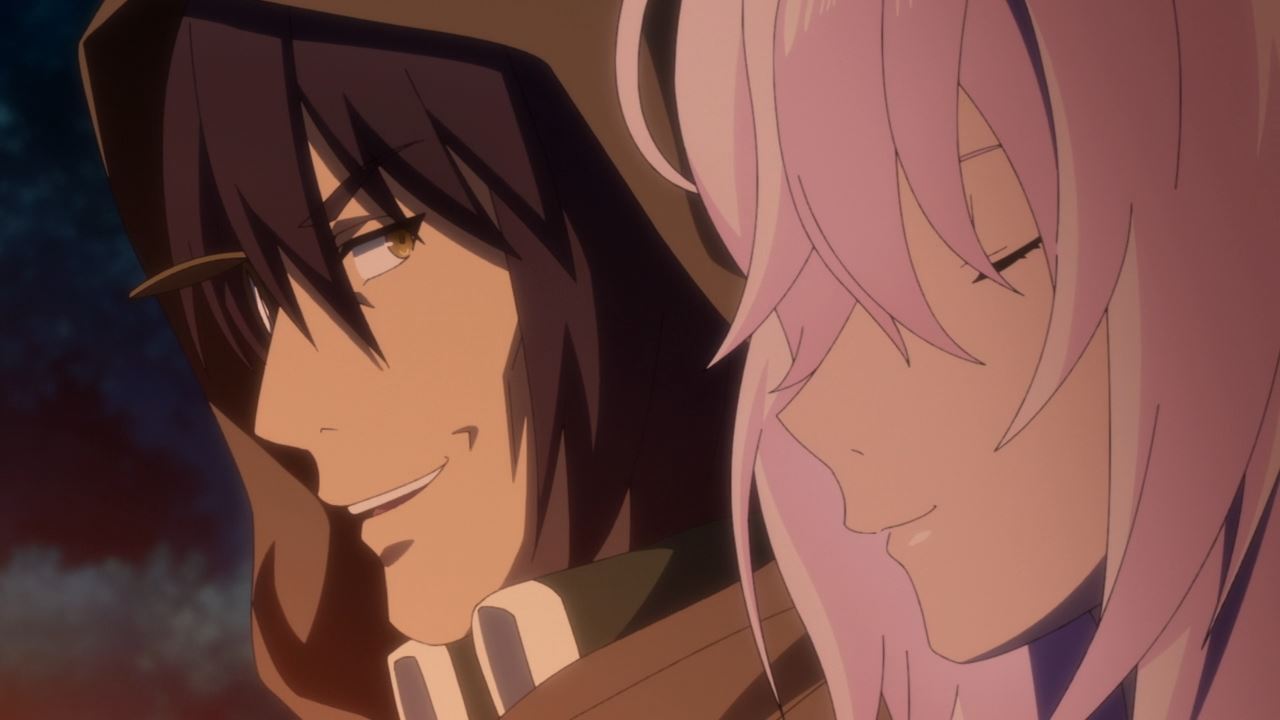 One last thing, here’s Godwin where he told a certain elf about an apothecary owned by a former guide to the hero. Wait, isn’t that Yarandrala over there?

You know what, I want to see Red and Rit’s family life rather than seeing Yarandrala coming over to Zoltan. Anyways, thank you for sticking with me on this anime show!