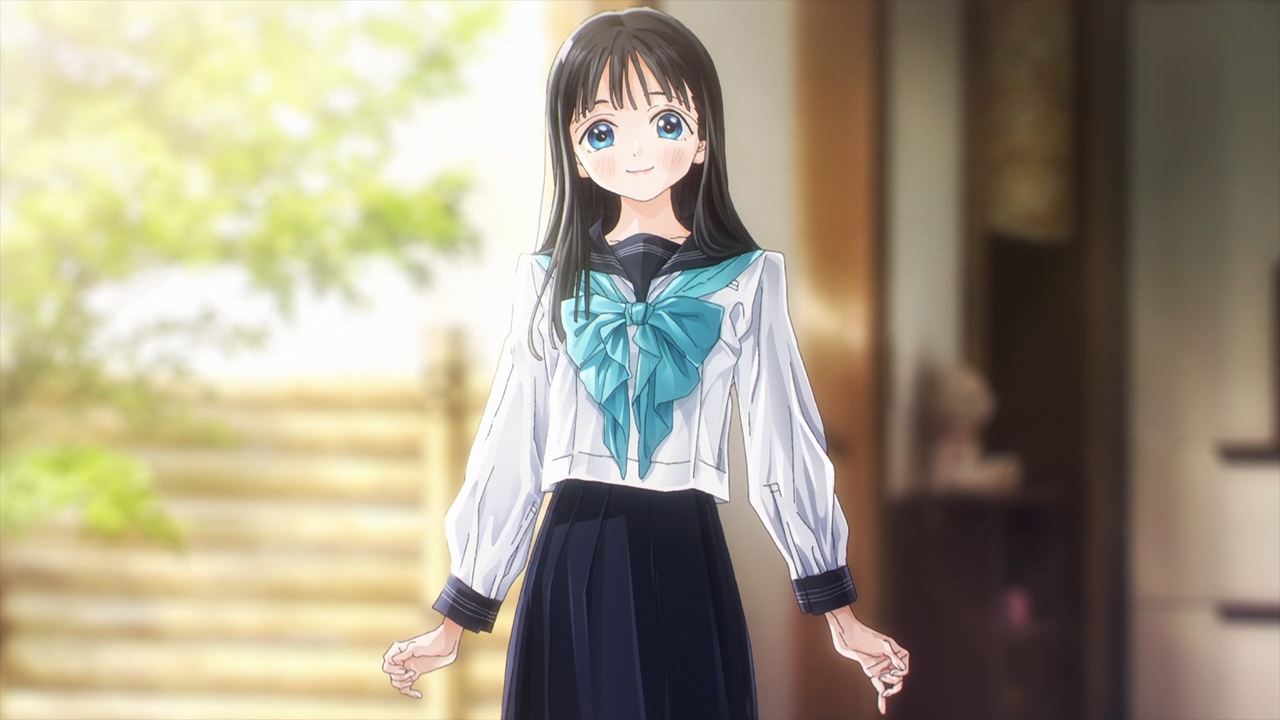 Well everyone, I’ve decided to add another anime show as a replacement for Gokushufudou, although that show turned out to be a 15-minute slideshow produced by Netflix. Anyways, this is a CloverWorks anime show based on a Tonari no Young Jump manga by Hiro. Of course, I’m worried about CloverWorks and their record of creating bad shows lately.

Now then, this is Komichi Akebi where she just got to wear her sailor uniform as she’ll start her middle school days in Roubai Academy. I mean, she’s pretty excited to wear one based on her idol Miki Fukumoto. 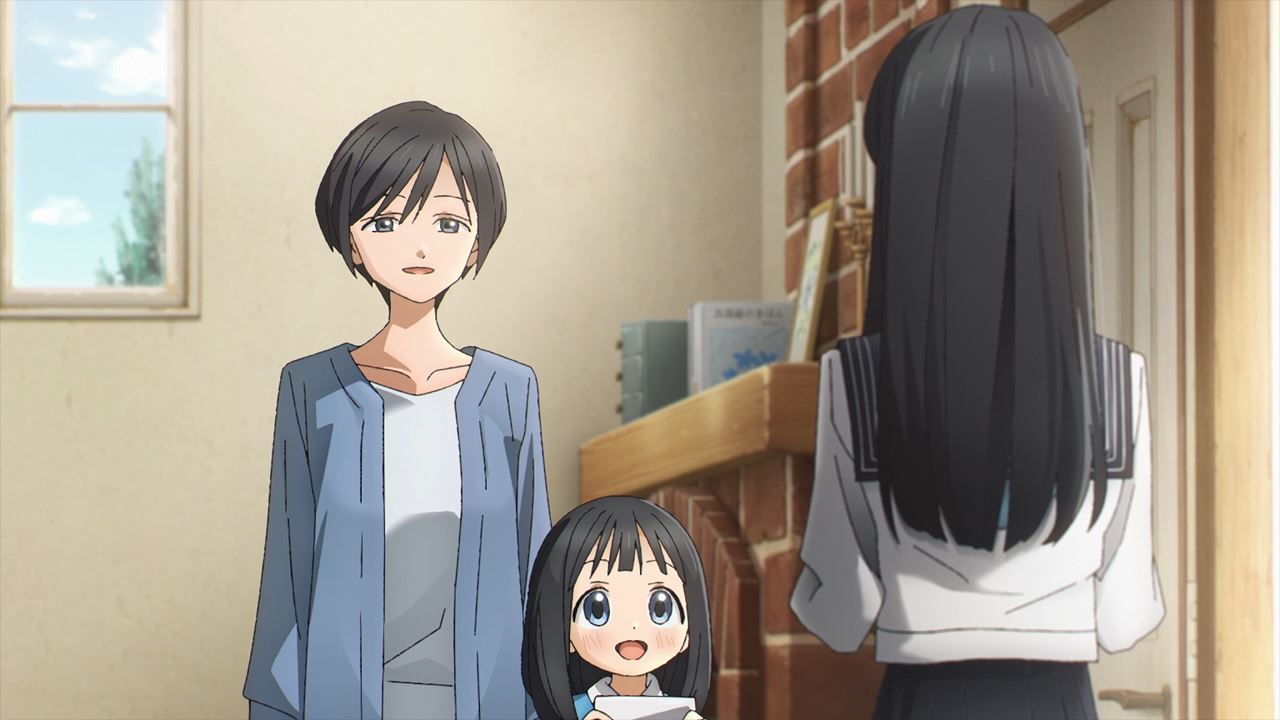 For both Yuwa-san and Kao-chan, Komichi’s mother and little sister are happy to see how beautiful she is in her school uniform.

Oh by the way, Yuwa-san created the uniform for her daughter, although I wonder why would Komichi’s mother would do that when Roubai Academy can send a full set? I mean, there’s no guarantee that this style of uniform will remain for the current school year. 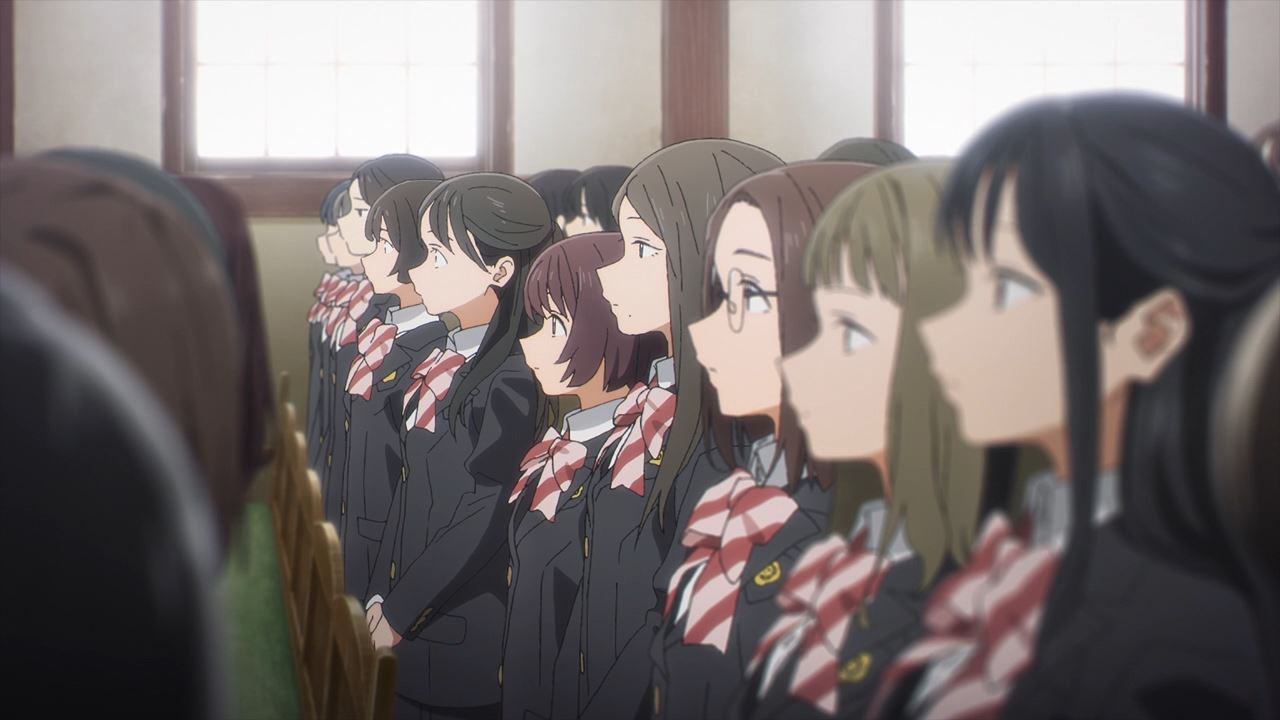 Unfortunately for Komichi Akebi, it turns out that Roubai Academy is wearing a different kind of school uniforms. Looks like she got the wrong reference. 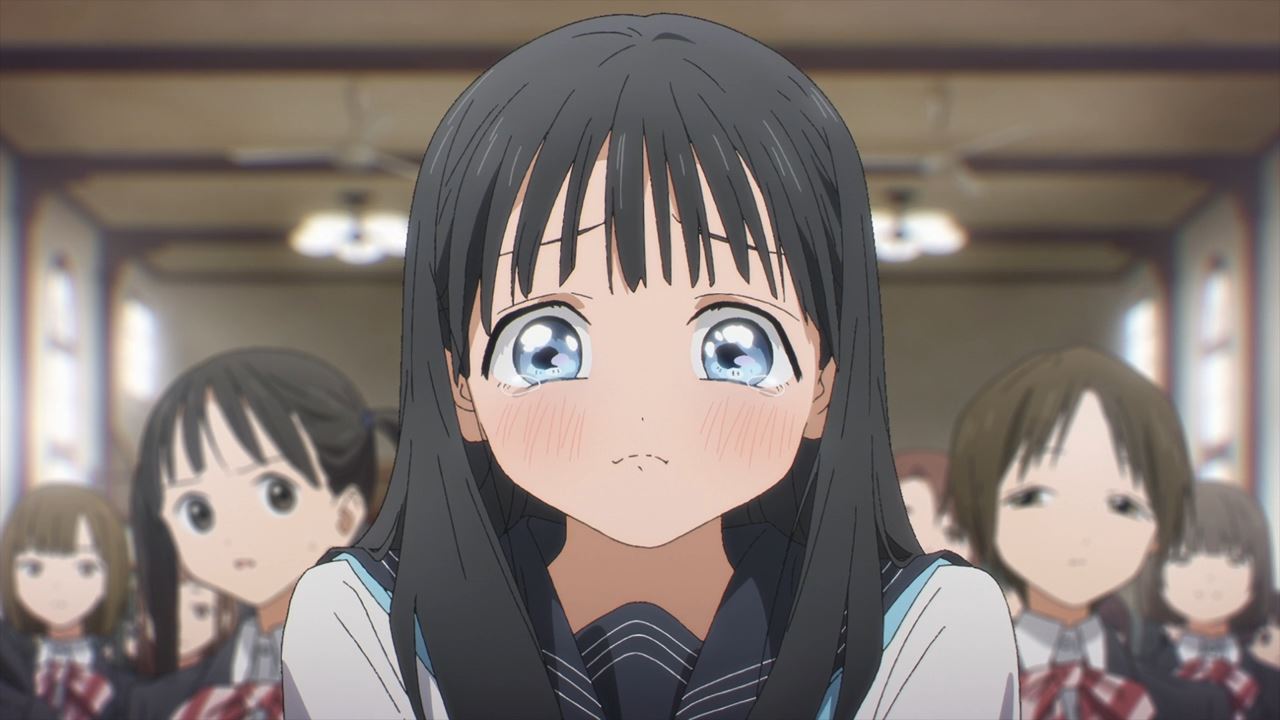 Now, I fear that Akebi might get bullied by her peers as she’s wearing a different kind of uniform. As you can see, Komichi is really embarrassed that she looked like some student from a different era.

But to be fair, turns out that she really wish to wear the same uniform that her mother and her idol used to wear back in the day. 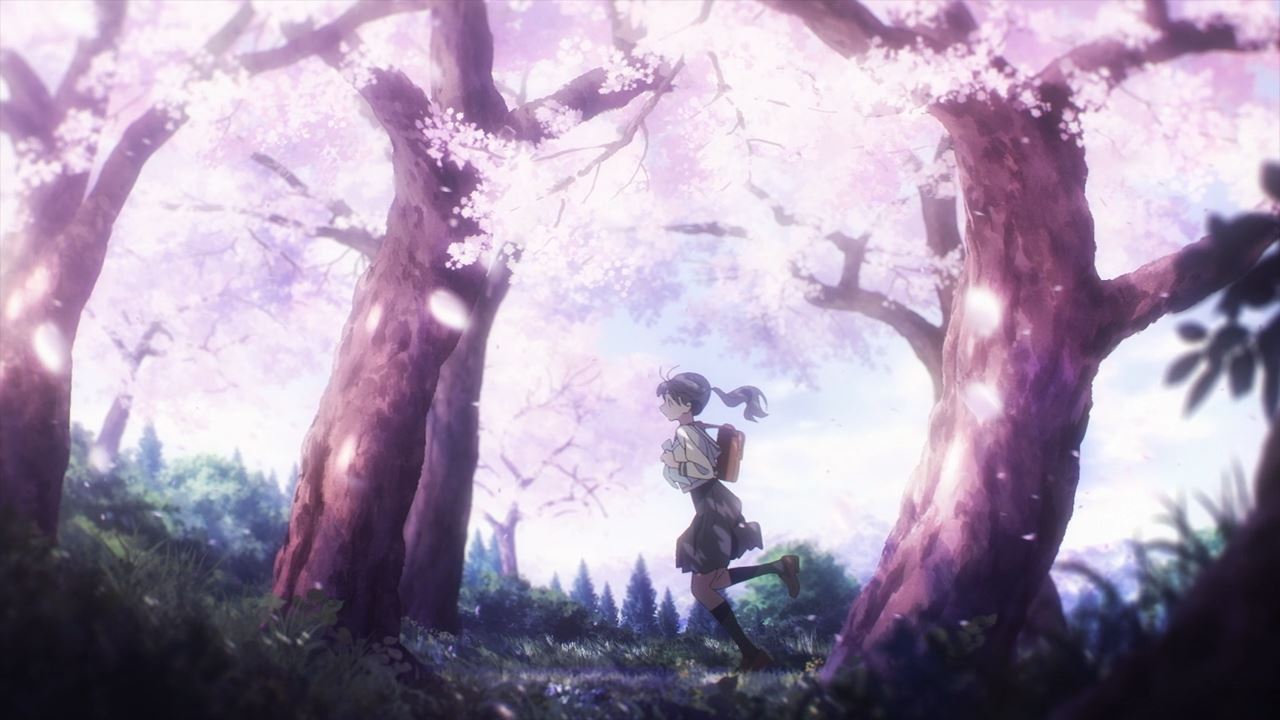 Regardless of her embarrassing middle school debut, Komichi Akebi will stick to her guns and attend Roubai Academy while wearing her custom-made school uniform.

Oh yeah, Akebi is planning to have a hundred friends before graduation, although that goal will be difficult to achieve given that she’s different from the rest. 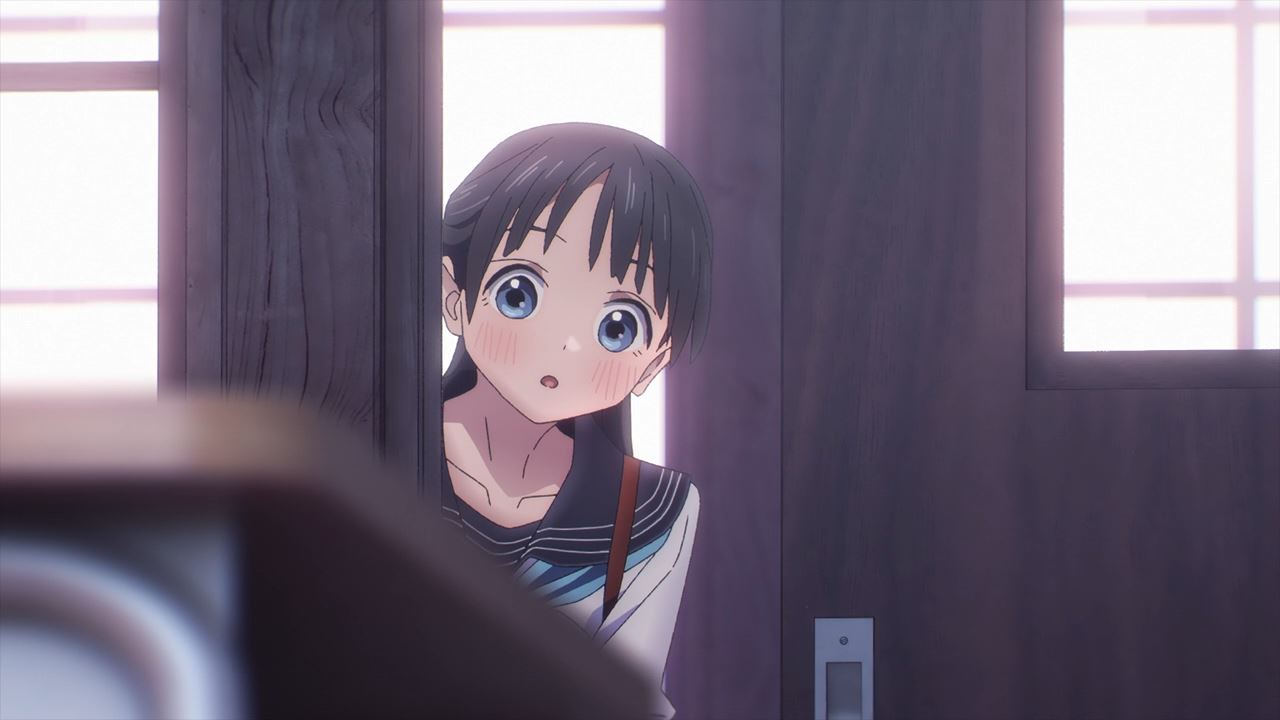 Anyways, looks like Komichi Akebi arrived at the school early. Unfortunately for Akebi-chan, someone arrived earlier than her. 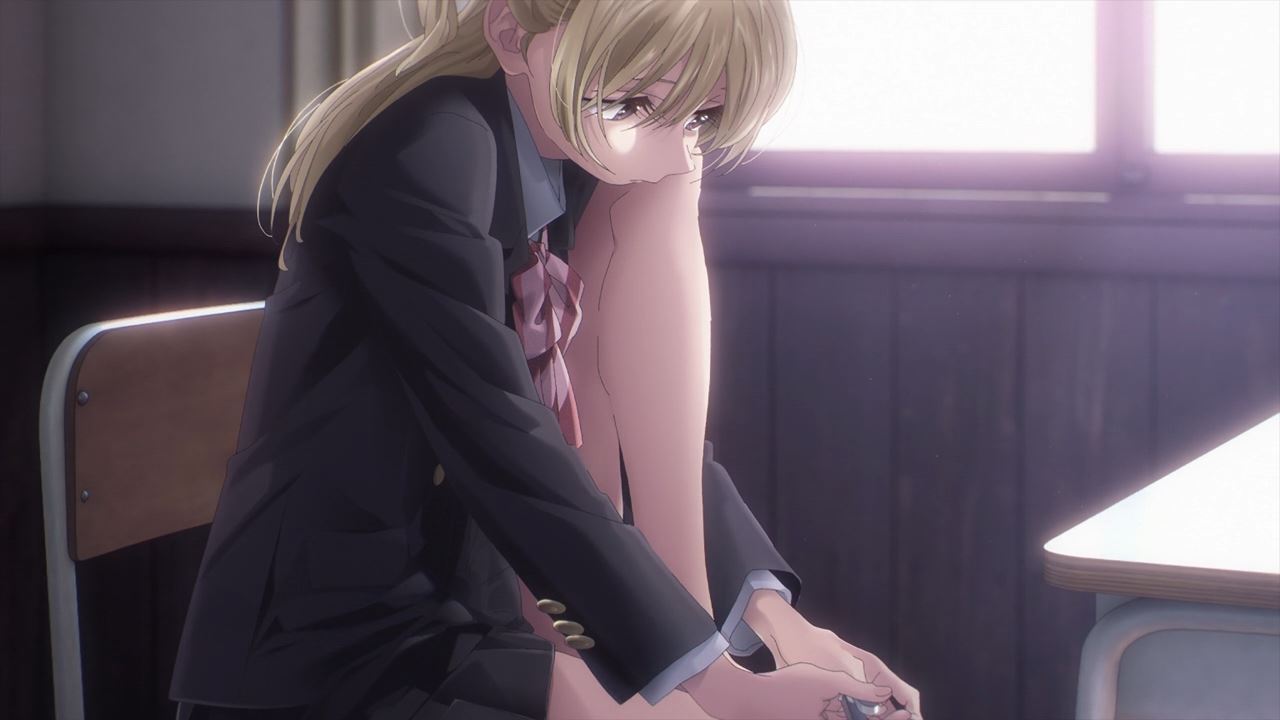 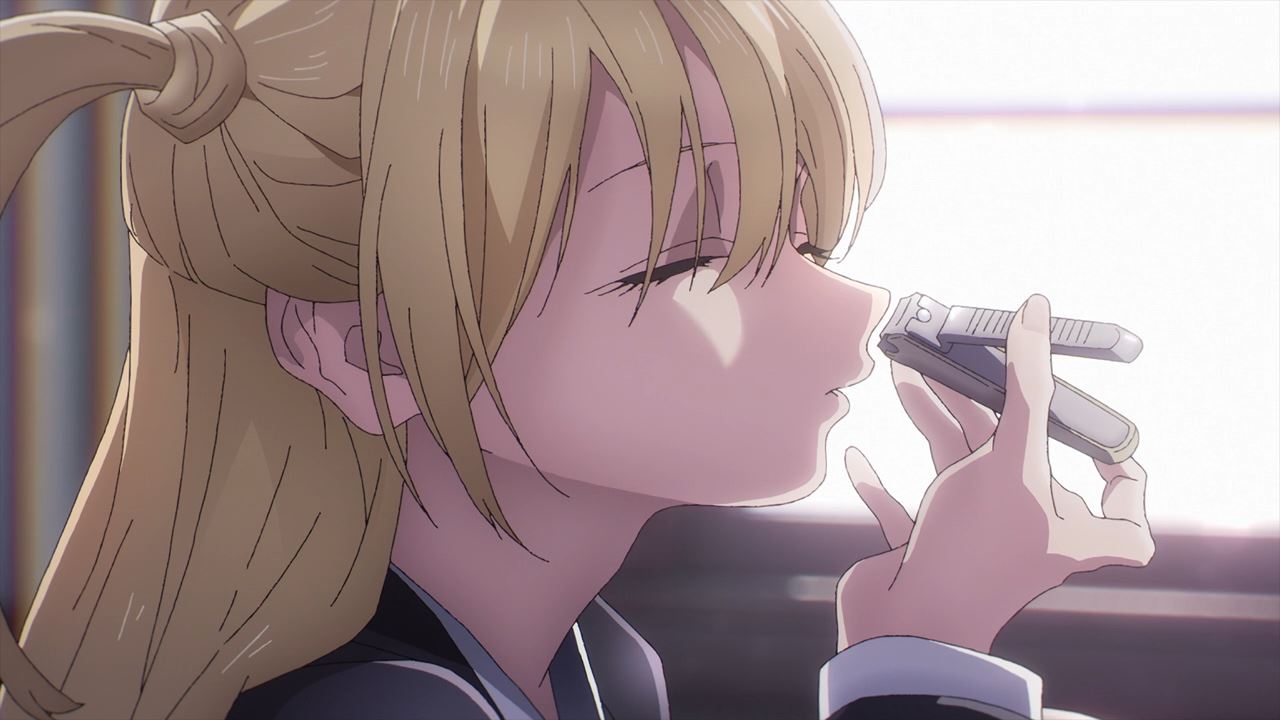 This is Erika Kizaki where she has a habit of cutting her toe nails and smelling her clipper afterwards. Okay, this is somewhat amusing for a middle-schooler like Kizaki. 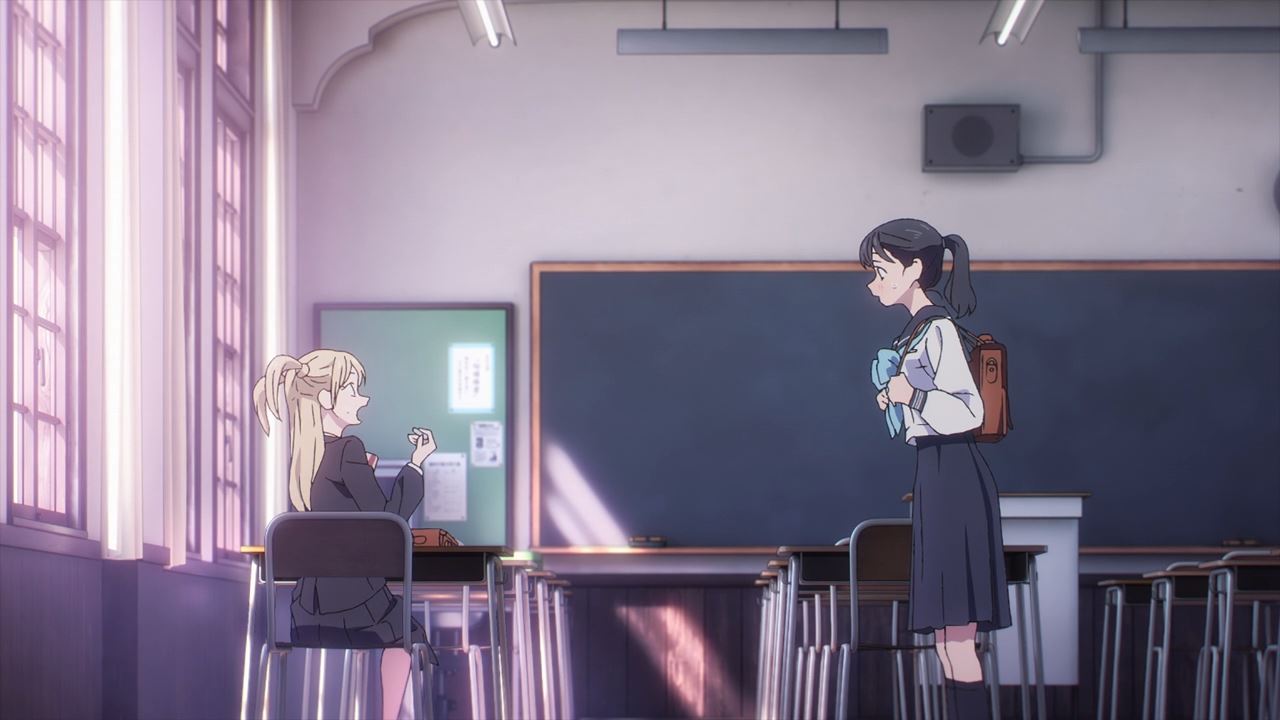 Of course, Komichi Akebi didn’t make fun of her unusual fetish as she wants to befriend Erika Kizaki. All I can say that it was a good start for Akebi-chan.

But that’s the end of the first episode of Akebi-chan no Sailor-fuku and I really love the visuals from CloverWorks. Then again, I’ll proceed with caution on watching this show ’cause it might suffer some production problems or attempting to speed-run the adaptation to coincide with the latest chapter.