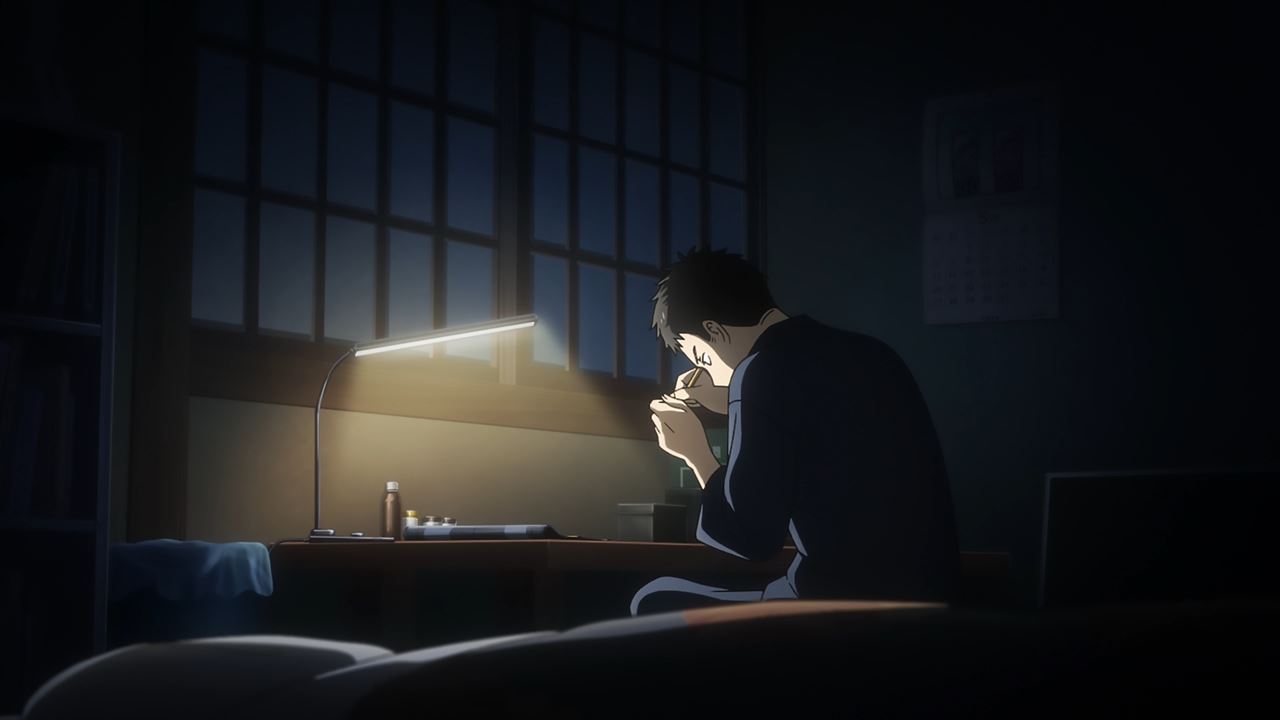 Here’s another anime show by CloverWorks titled Sono Bisque Doll wa Koi wo Suru or My Dress-Up Darling, based on a manga by Shinichi Fukuda where it’s just an ordinary tale of a high school guy named Wakana Gojo who hones his craft of making hina dolls.

Unfortunately, his hobby has alienated his peers that Wakana doesn’t have any friends at school. 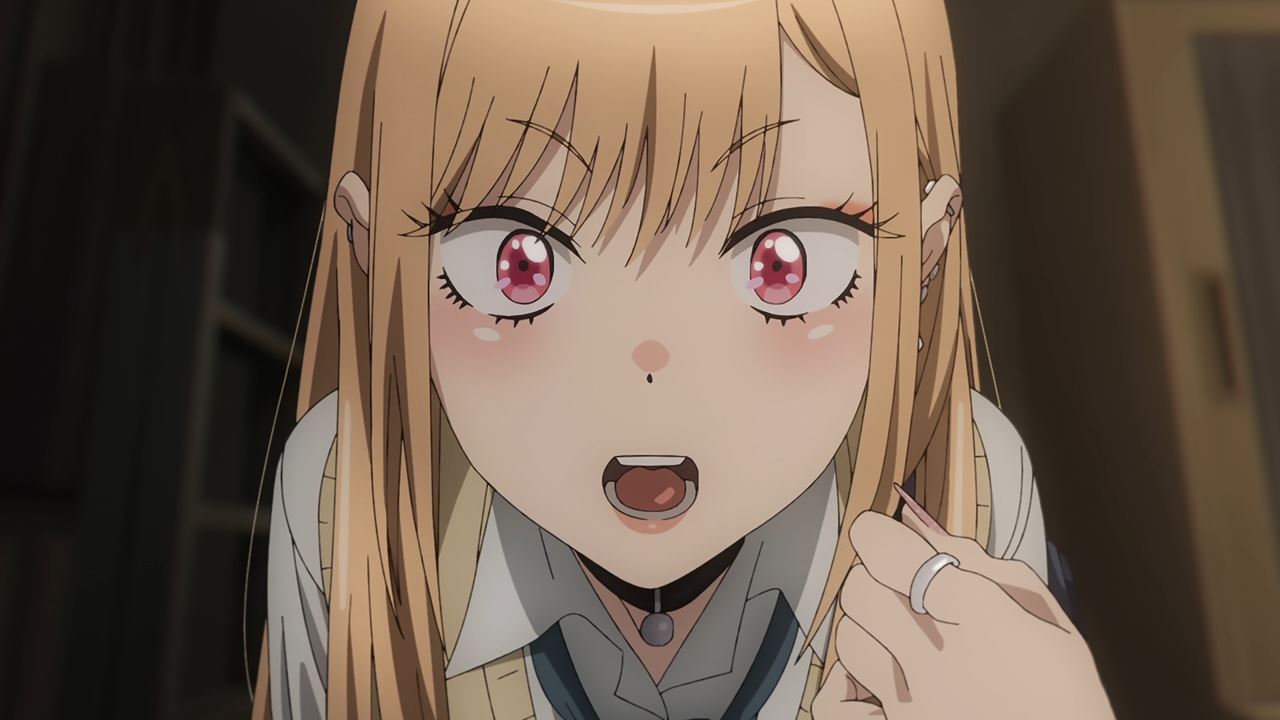 That’s until he met Marin Kitagawa, your typical gyaru character where she has a secret and I’m gonna tell you right now. 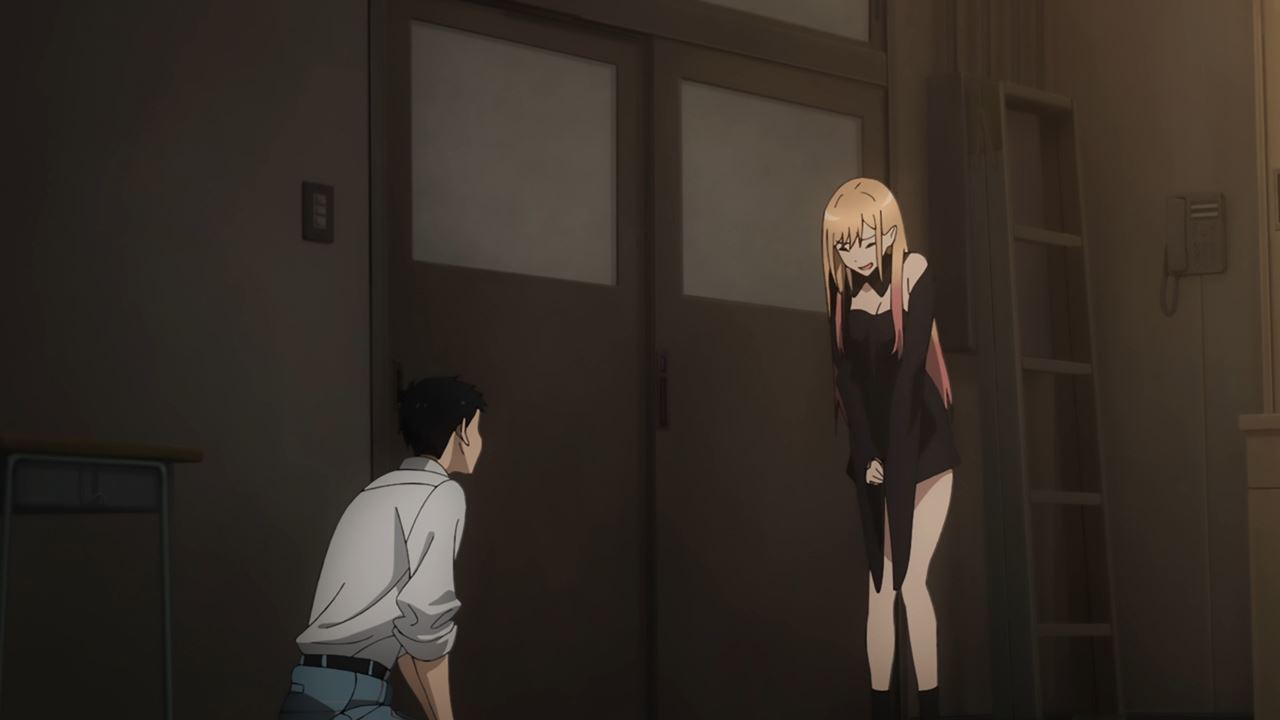 You see, Marin is actually a cosplayer where she wants to dress-up as Shizuku Kuroe, her favorite character where Kitagawa shows her costume. 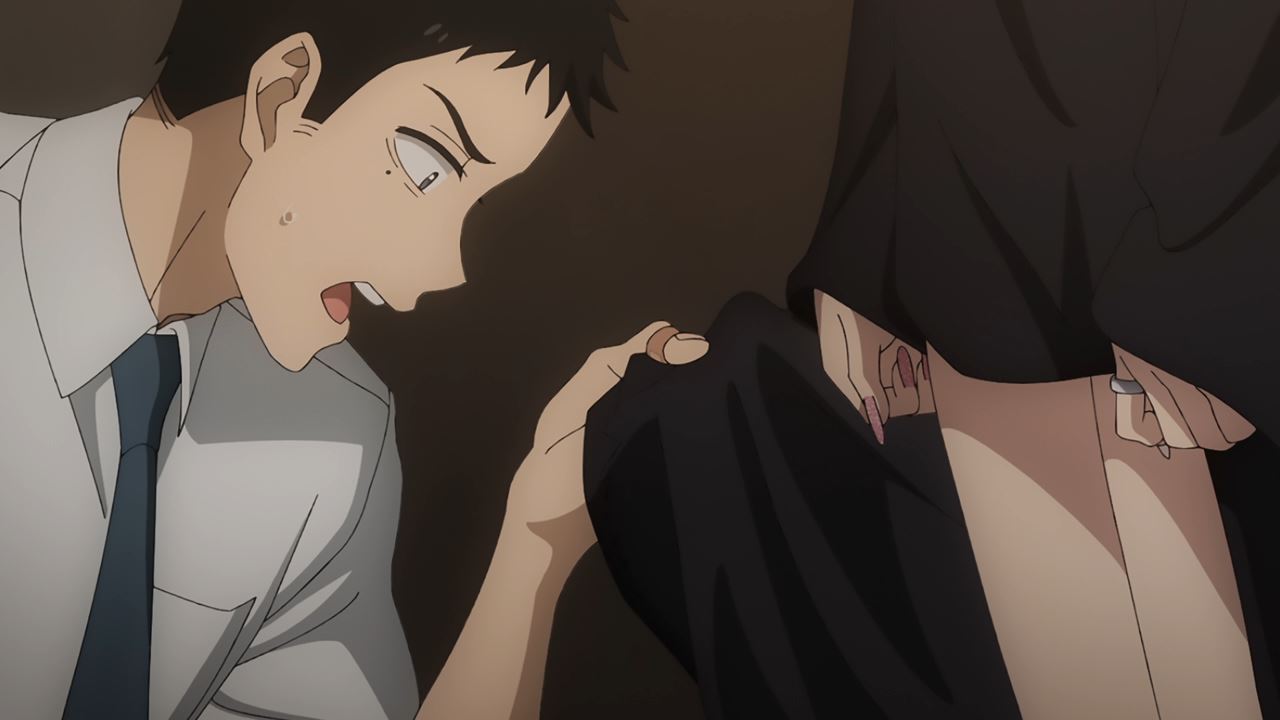 Unfortunately, Wakana Gojo sees Marin Kitagawa’s costume as amateurish where there’s creases in her skirt and it wasn’t stitched properly.

Well then, I guess it’s time for Gojo’s skills in making hina dolls into good use since he’s good at making clothes. Oh, and you want to know where Shizuku Kuroe came from?

Well, it came from an eroge called St. Slippery’s Girls’ Academy – The Young Ladies of the Humiliation Club: Debauched Miracle Life 2 or Slippery Girls 2 for short.

Damn, that eroge title is quite long, but Marin loved playing it that she wanted to dress-up as Shizuku Kuroe. But yeah, it’s time for Wakana to make a costume for Marin. 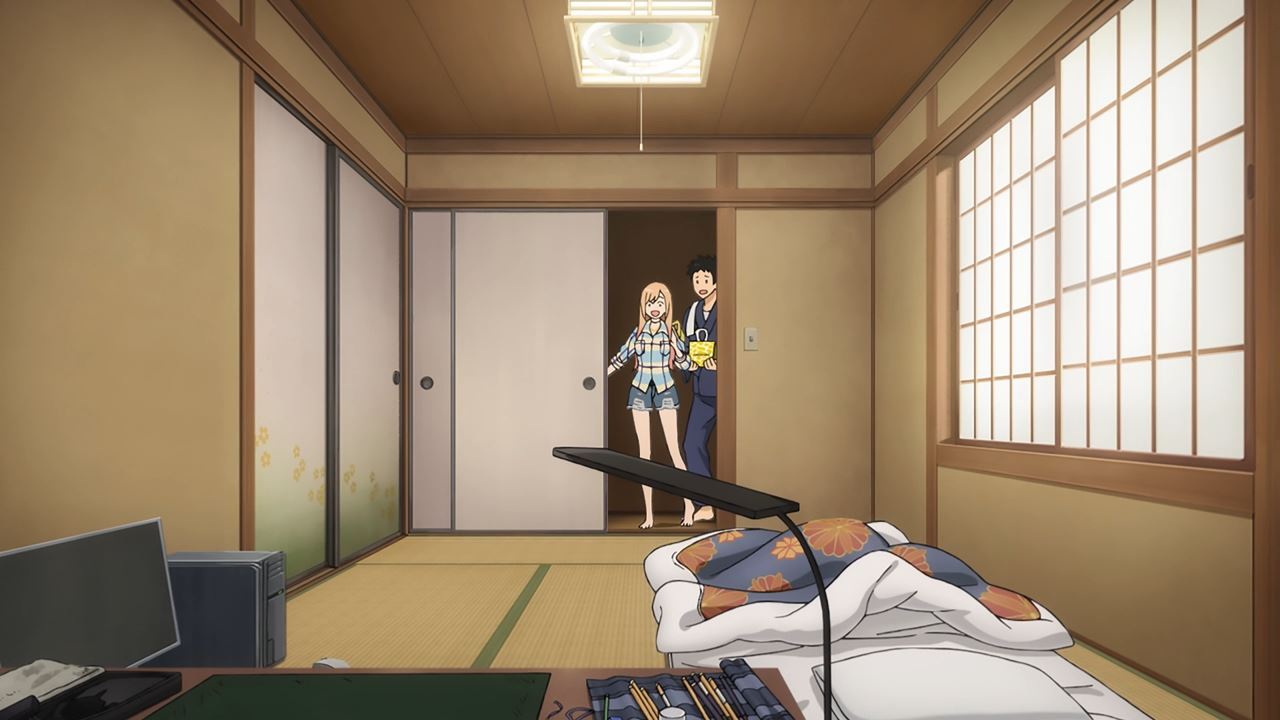 But first, he needs to take some measurements as Kitagawa went to the Gojo residence by herself.

By the way, Wakana is the only person in the house as his grandfather is busy buying a new sewing machine. 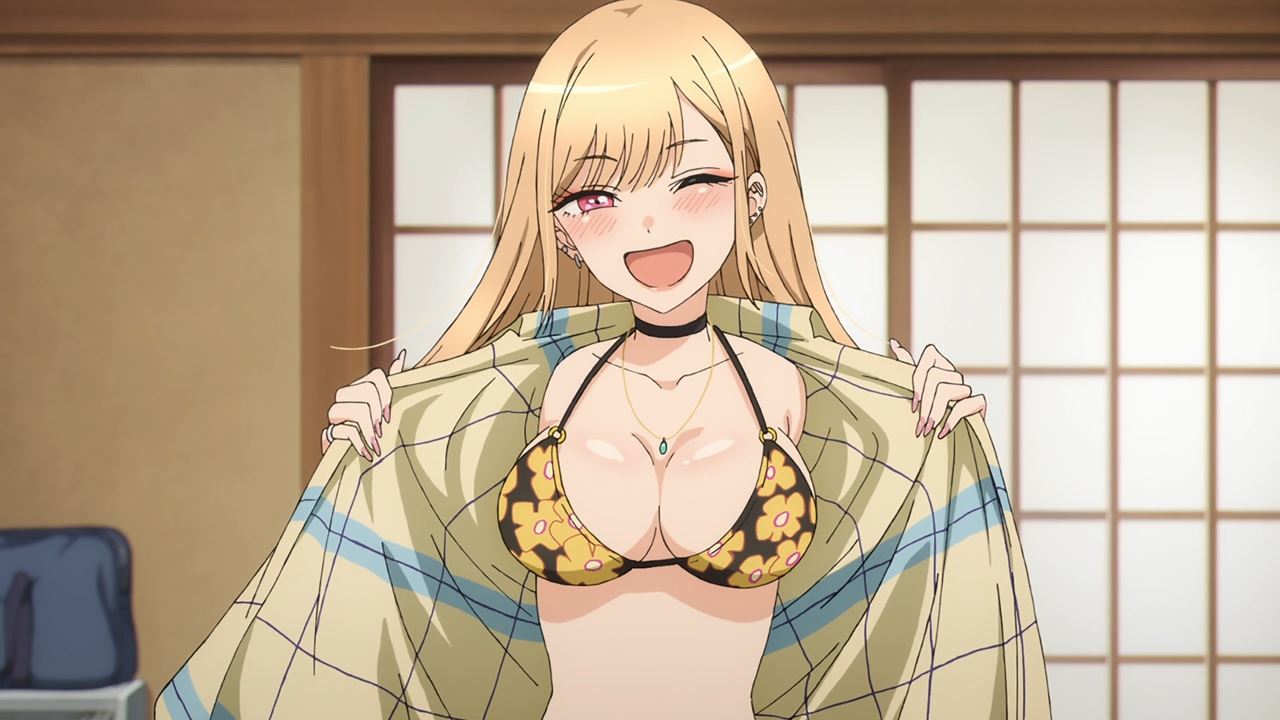 Anyways, here’s Marin Kitagawa where she takes off her clothes to reveal her bikini. Not a sexy lingerie, but a two-piece swimwear in which Marin looks hot! 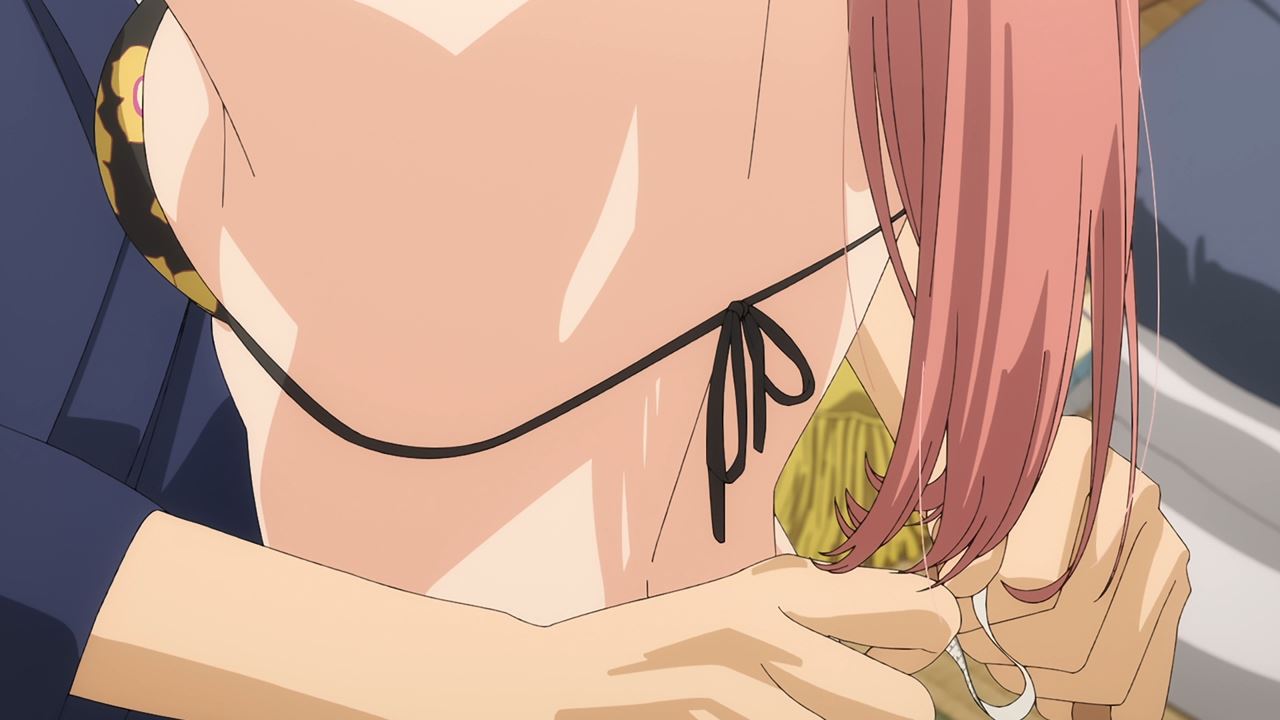 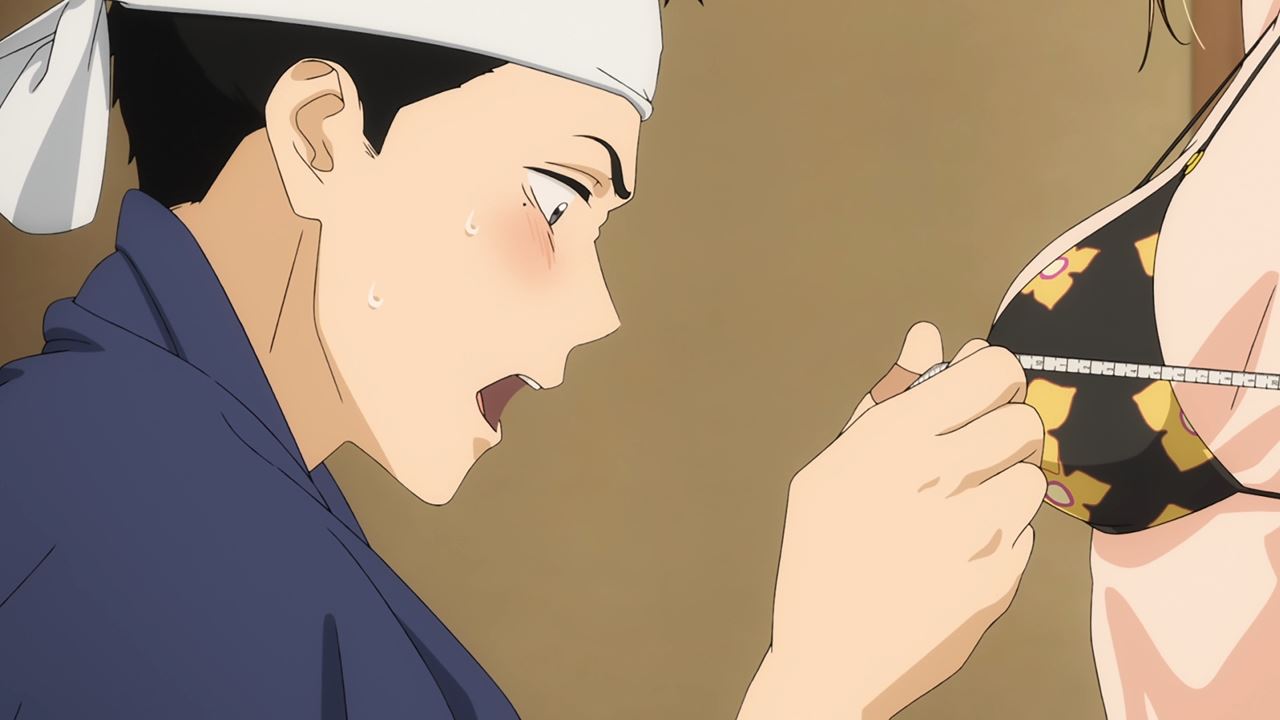 Sadly for Wakana Gojo, he can’t concentrate due to Marin’s lewd body. Hello Gojo-kun, you have to steel your resolve in order to take all of Kitagawa’s three sizes accurately! 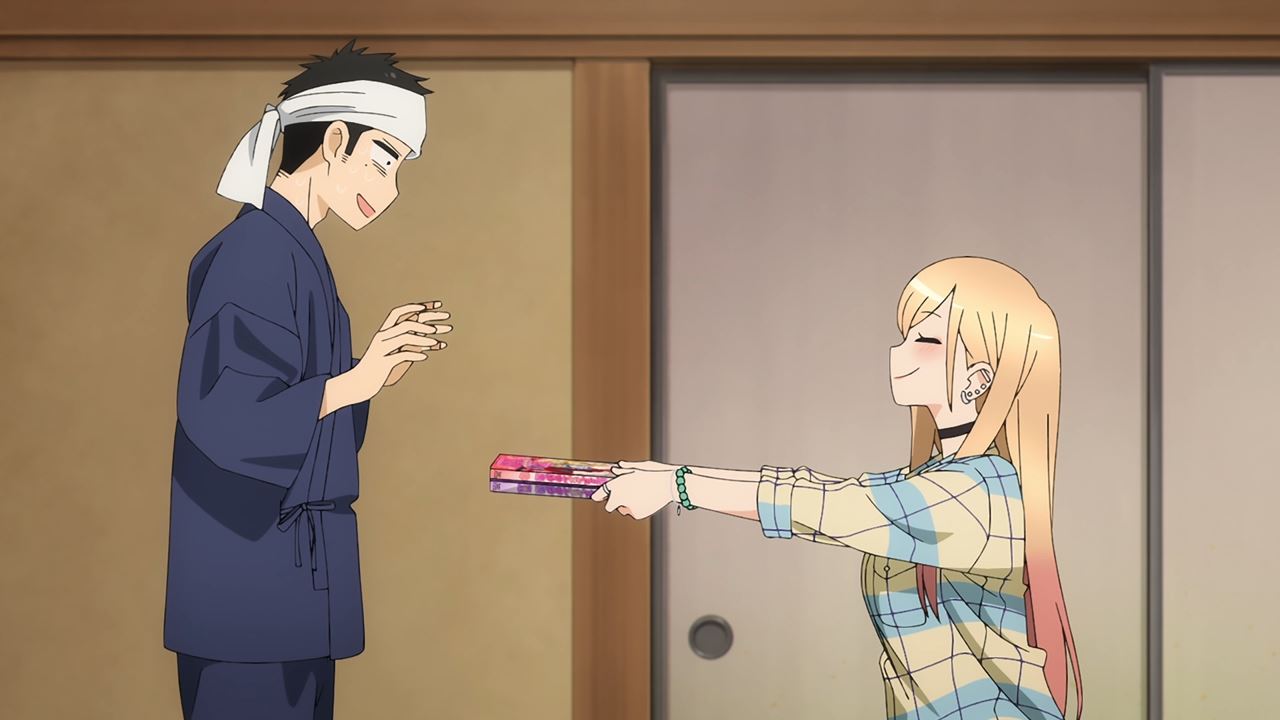 After painstakingly measured Marin’s body, she gave some references to Wakana in order to capture Shizuku Kuroe’s looks.

By the way, she gave a copy of both Slippery Girls 1 and 2 to Gojo where it’s not the all-ages version. Let’s hope that his grandfather won’t see it. 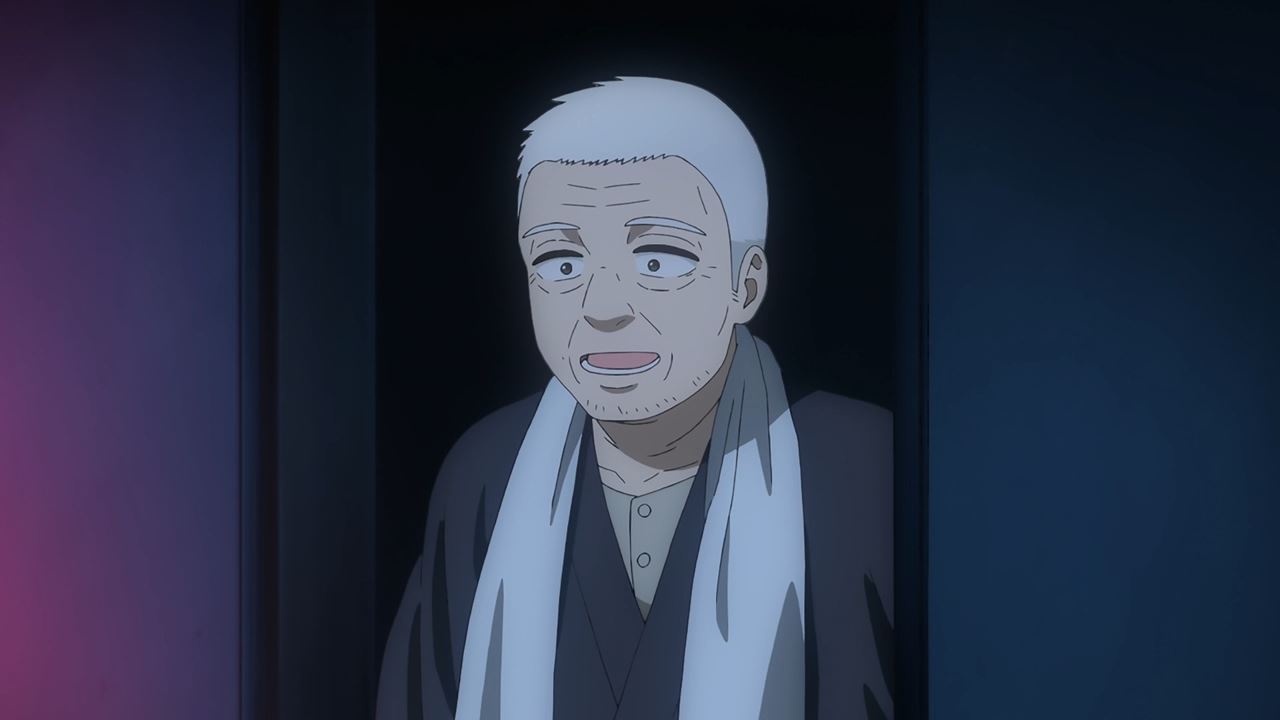 But here’s Wakana’s grandfather Kaoru where he told his grandson that he finally bought a brand-new sewing machine. 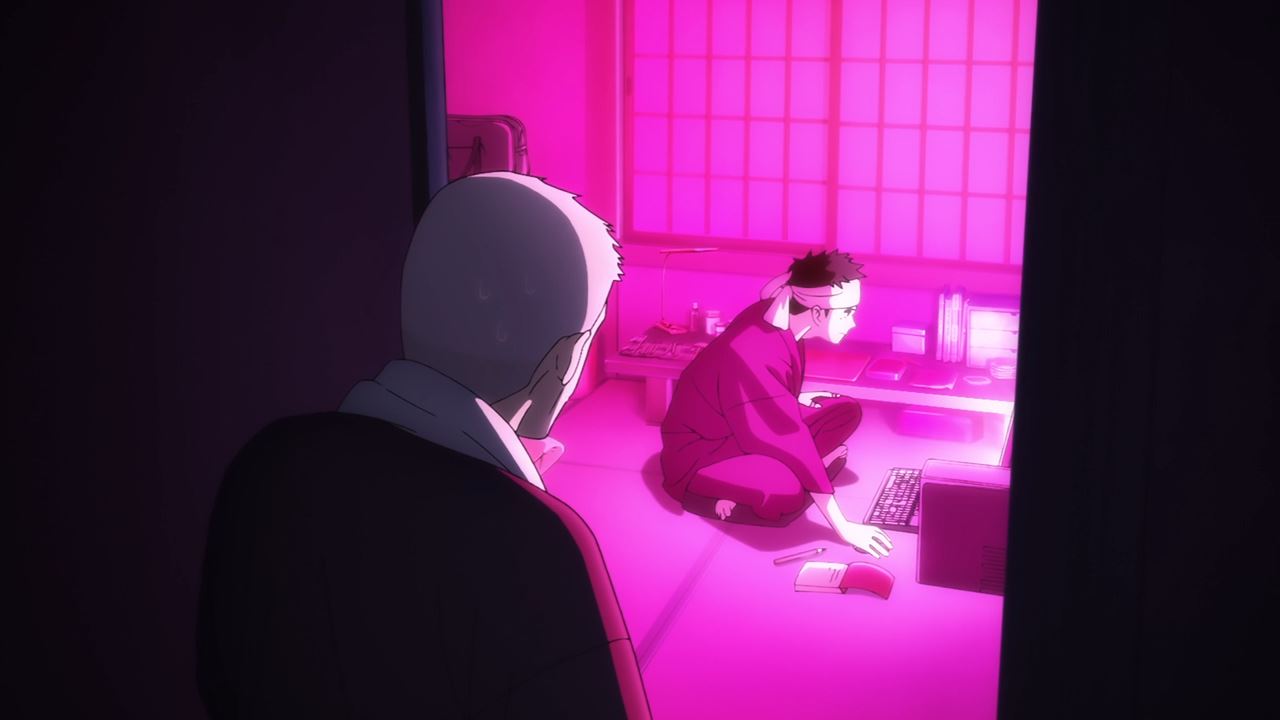 Unfortunate for gramps, Wakana is busy playing an eroge for research. C’mon, he’s taking notes on what Shizuku looks like.

And that’s the first episode of Sono Bisque Doll wa Koi wo Suru where I really surprised on how amazing this show is, especially Marin Kitagawa where she has a sexy body and an eroge connoisseur. As for Wakana Gojo, let’s hope that he can make some nice costumes for Kitagawa.

Anyways, I’ll looking forward on the next episode. Just hoping that CloverWorks won’t screw this one up!