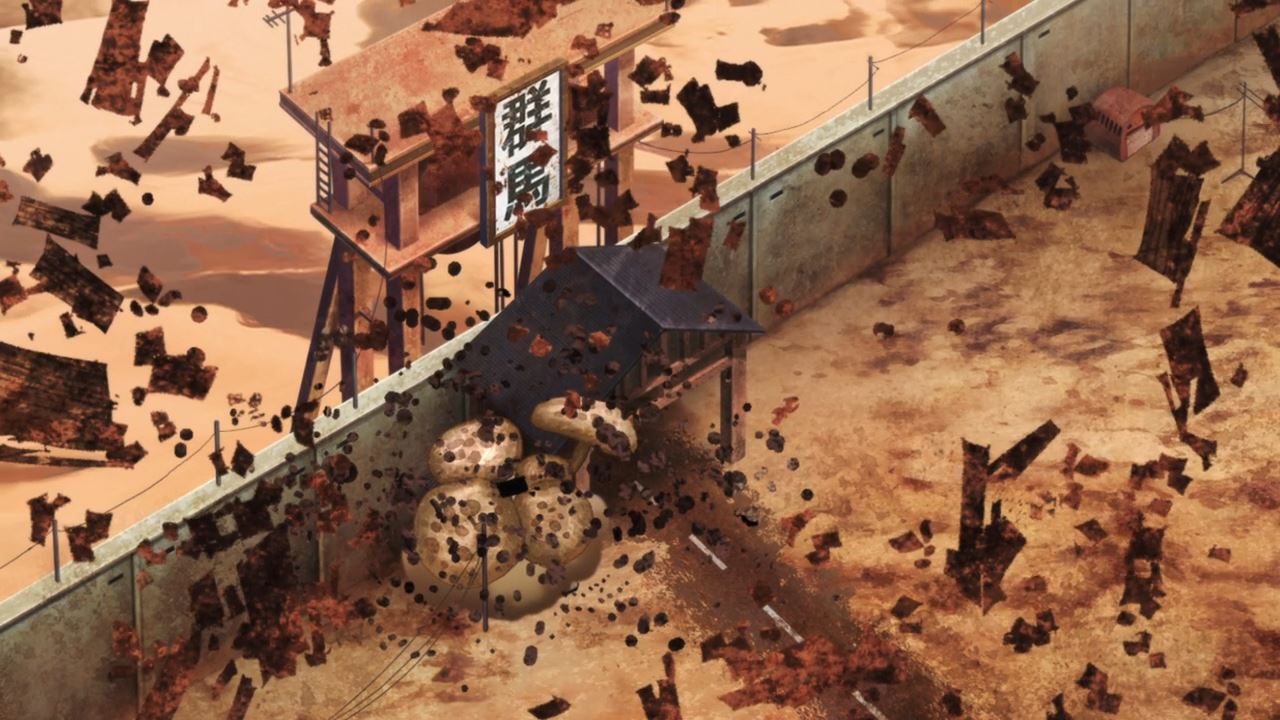 In the previous episode, I saw what Bisco Akaboshi looked like as he made a good first impression. Now, it’s time to find out how Bisco made into Imihama Prefecture where he destroyed border gates with his mushrooms. 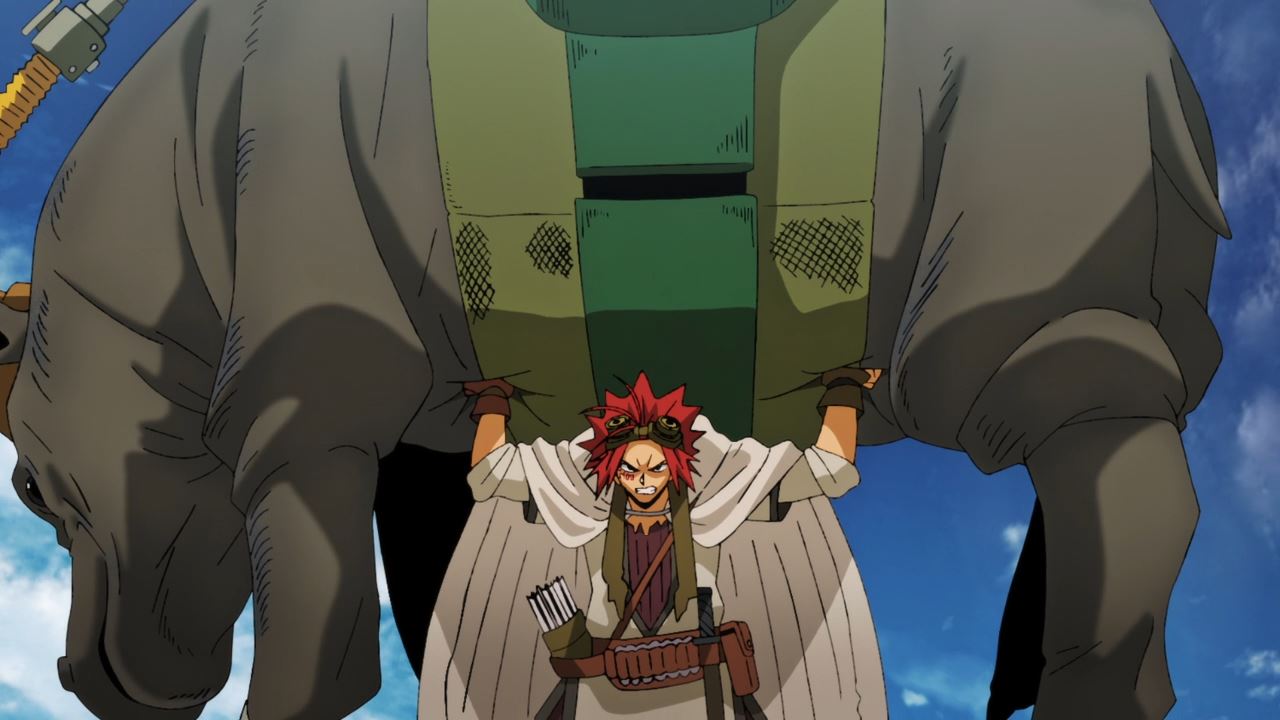 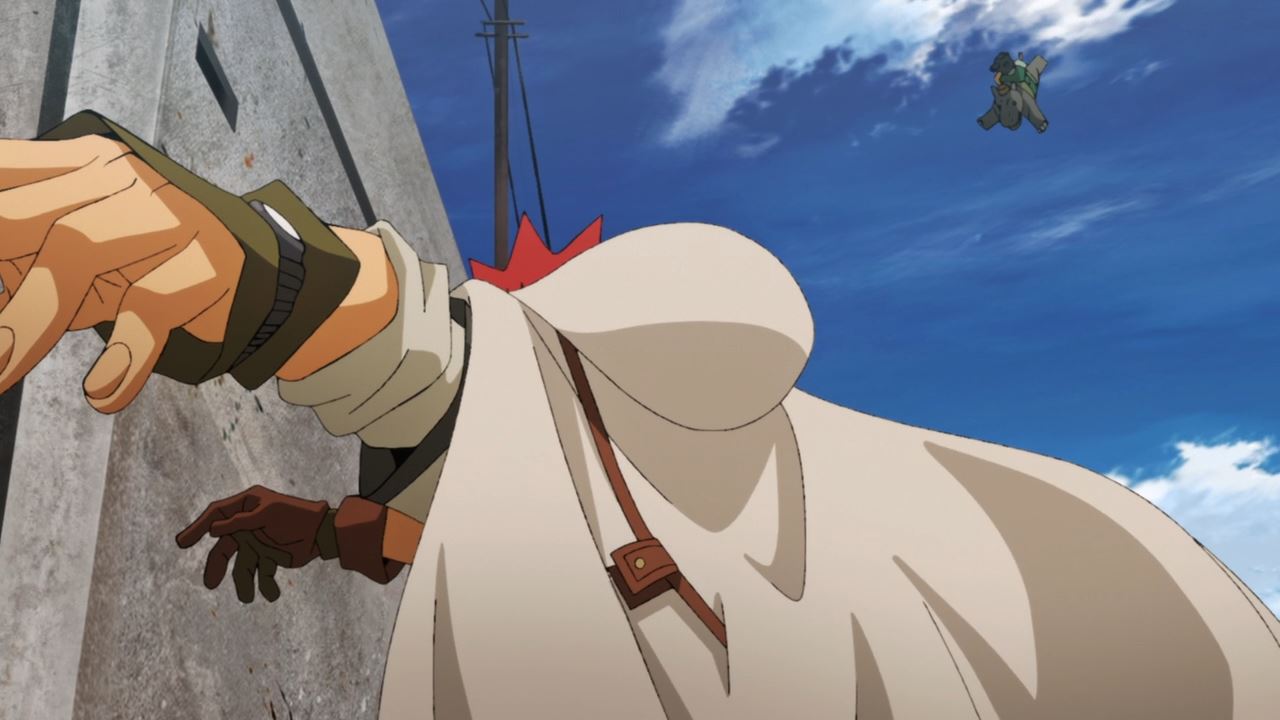 Speaking of Bisco Akaboshi, I can’t believe that he’s not only a good archer, but Bisco can lift up an armored hippo and throw it 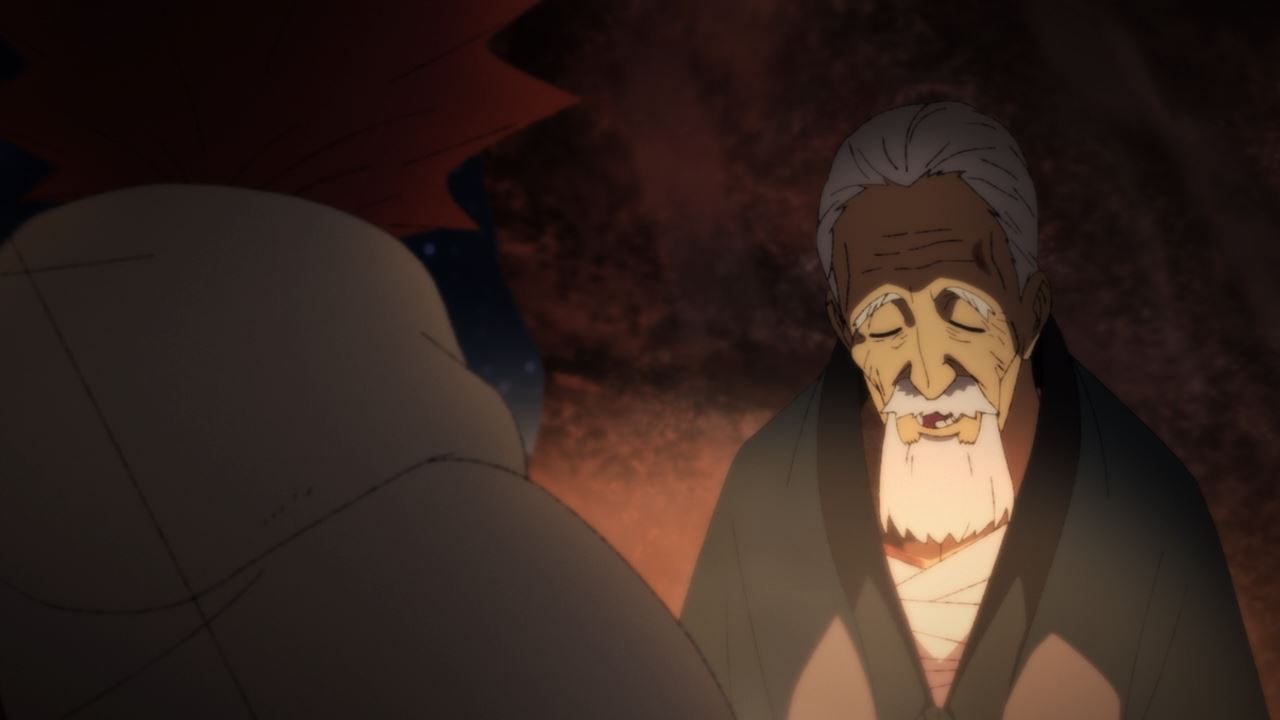 By the way, Bisco is not alone in his journey as he’s joined by an old man named Jabi. Unfortunately for Bisco’s mentor, he’s on his last legs where rust has encroached half of his body.

Of course, Bisco doesn’t want him to die as he’ll find a special mushroom called the Rust-Eater where it said that it can destroy rust completely. 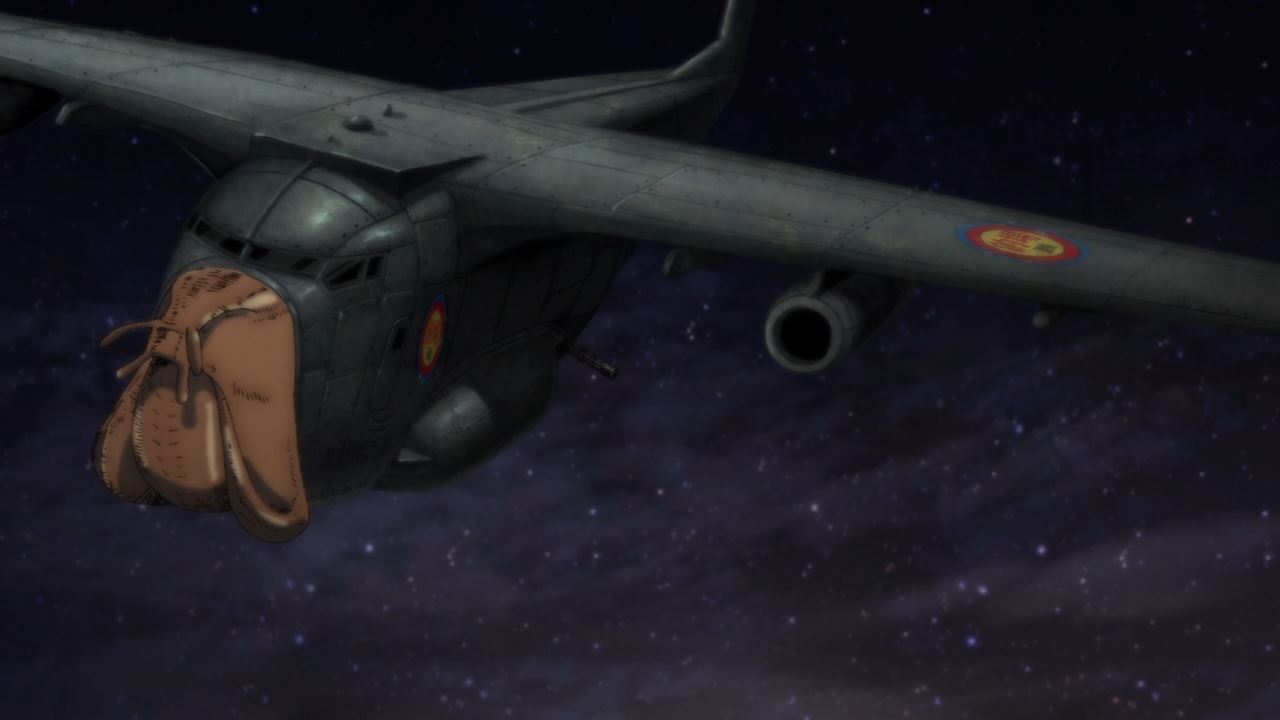 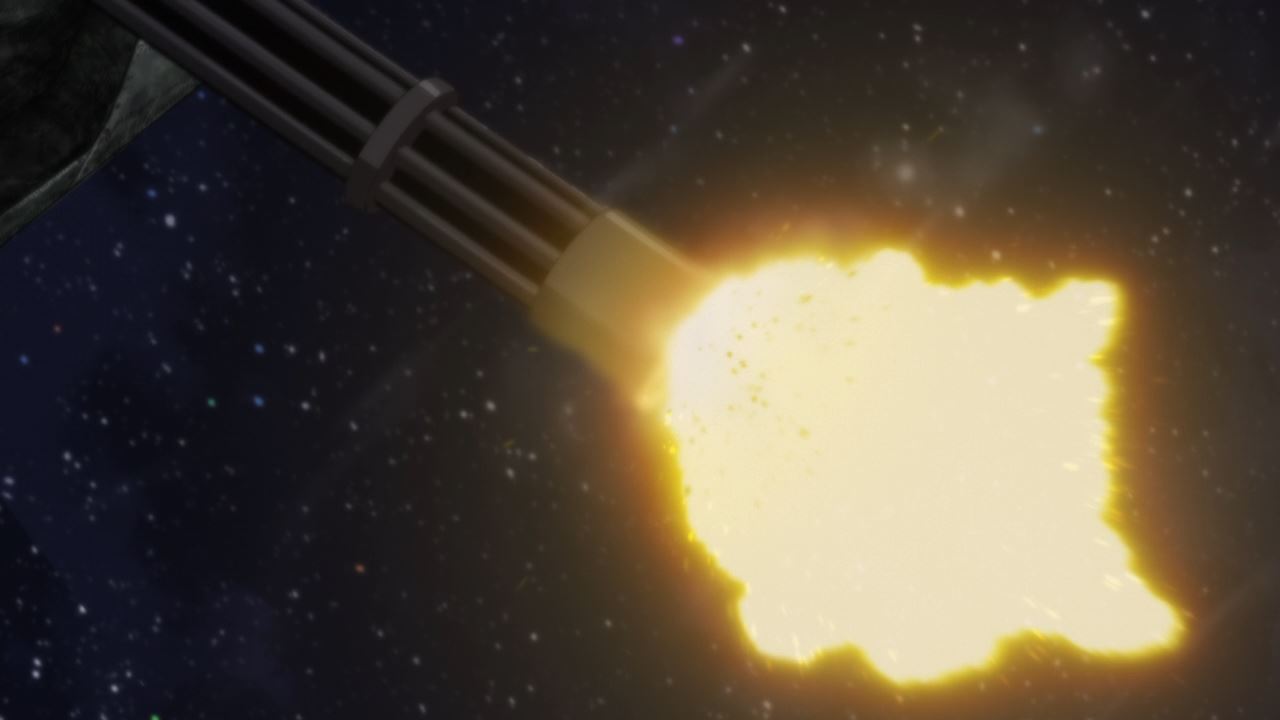 Unfortunately, their rest time got cut short when an Escargot fighter attacked Bisco and Jabi. By the way, it’s not a fighter but rather a gunship with a snail’s head. 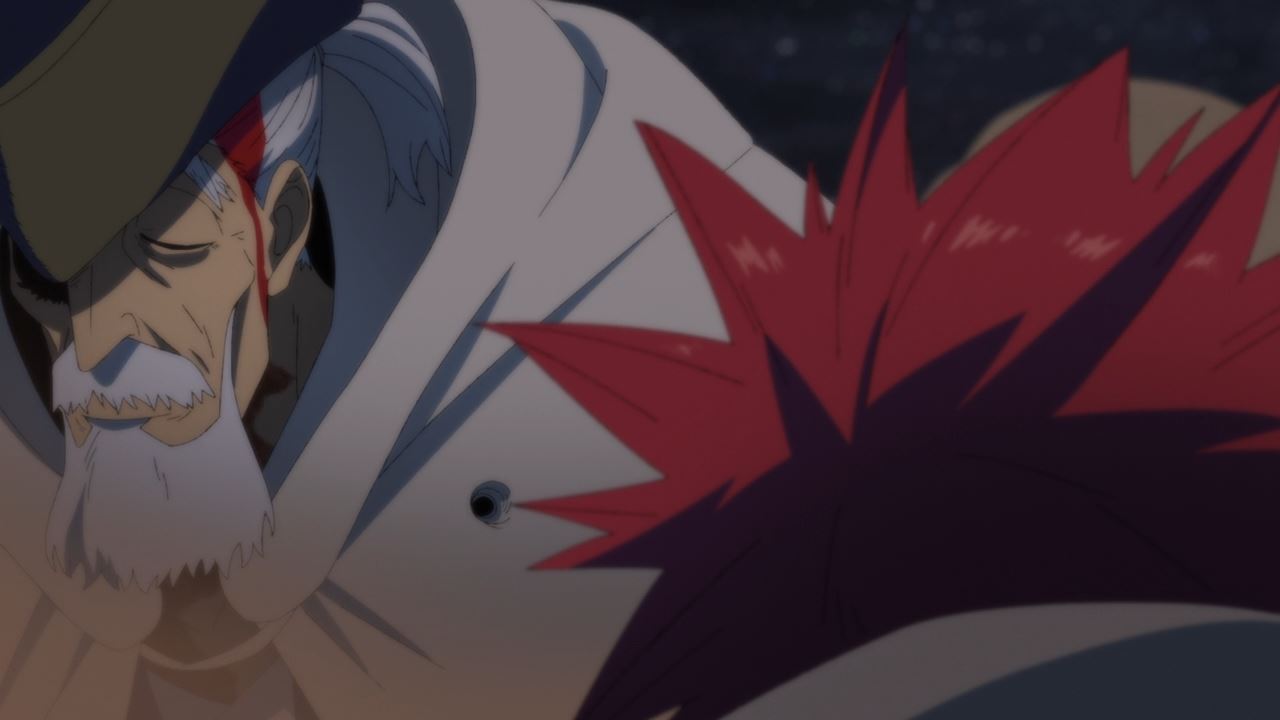 While Bisco is okay, things are not looking good for Jabi where the old man got shot. Damn, they have no sympathy towards the elderly, huh? 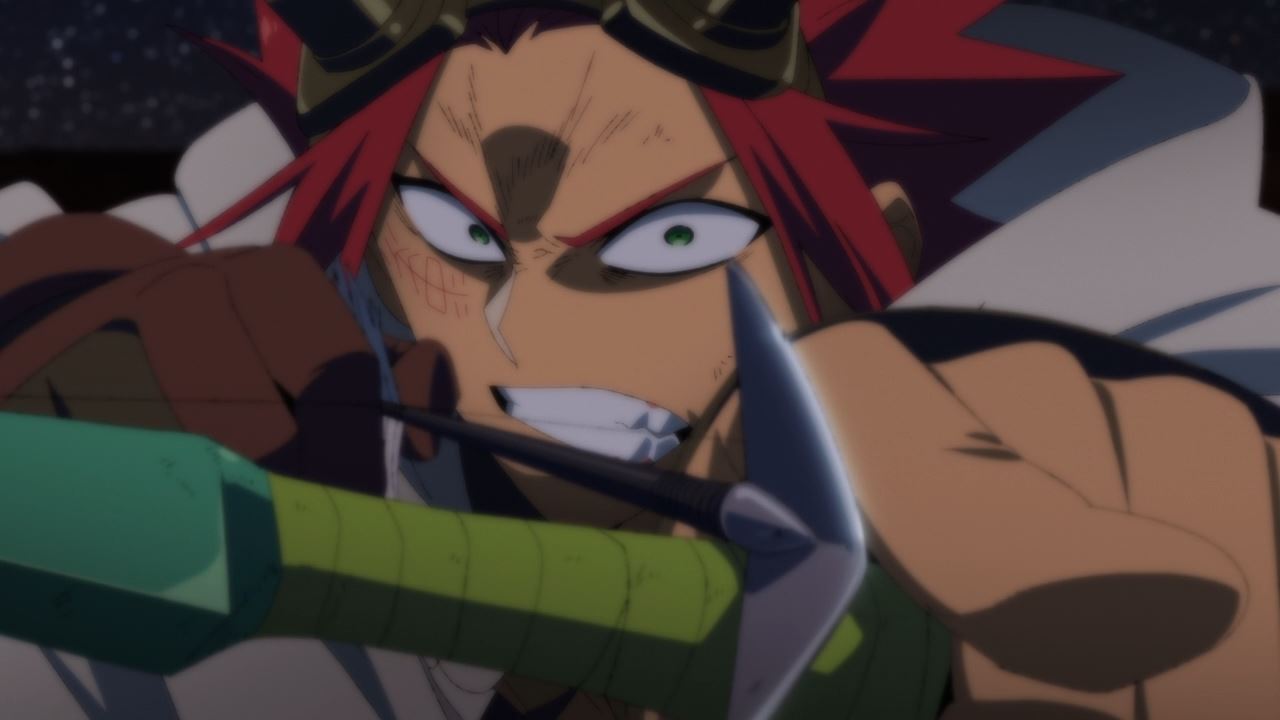 This made him angry as Bisco draws his bow as he’ll take down an aircraft. C’mon, he doesn’t want to lose his master like that. 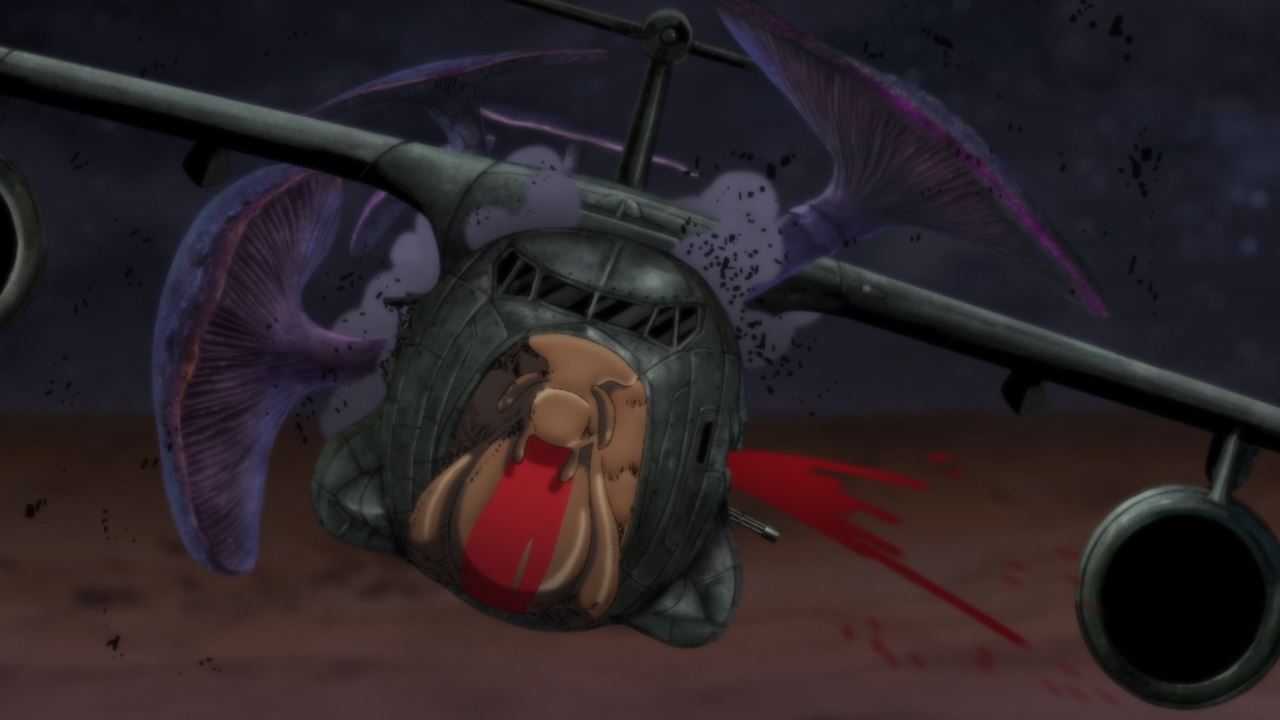 Anyways, looks like the Escargot fighter went down with a single arrow. Oh, and most of the crew are already turned into mushroom so it sucks for them. 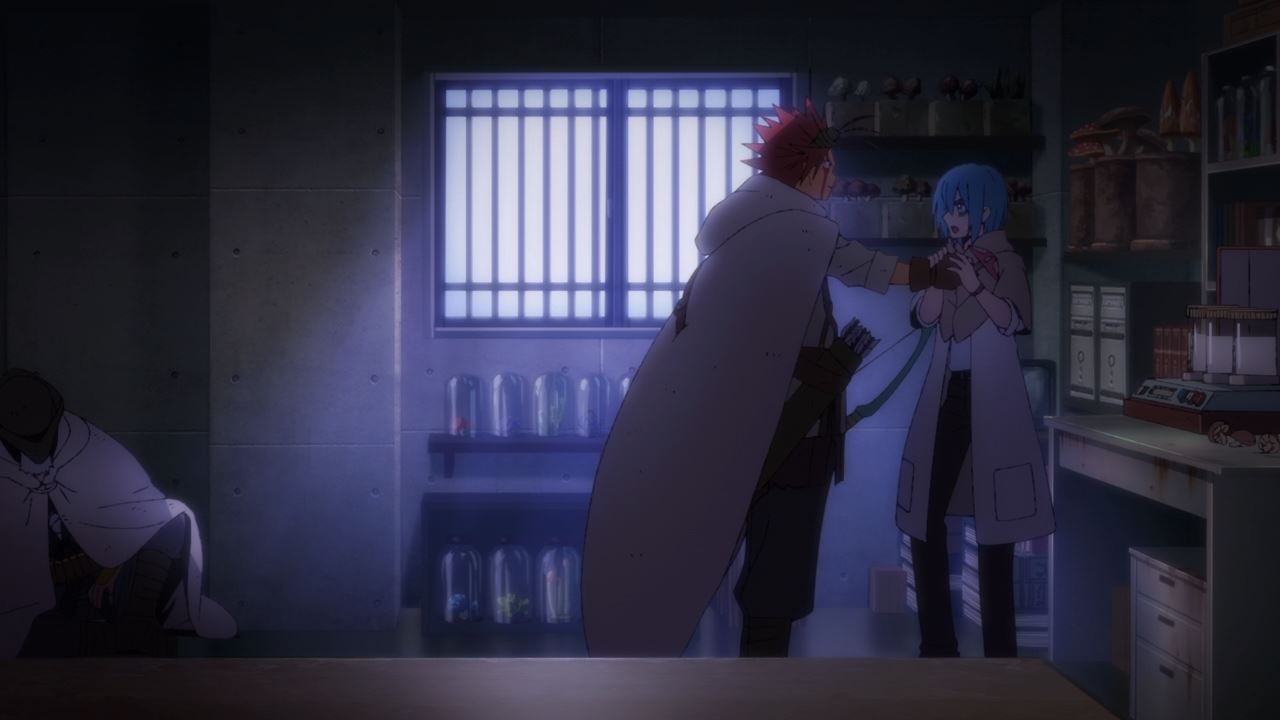 Now, we go the present where the reason why Bisco Akaboshi went to Milo Nekoyanagi’s clinic is because he wants the doctor to cure Jabi as soon as possible.

Oh yeah, and Bisco brought a lurkershroom for this treatment, although Milo is really skeptical of using mushrooms from a wanted terrorist. 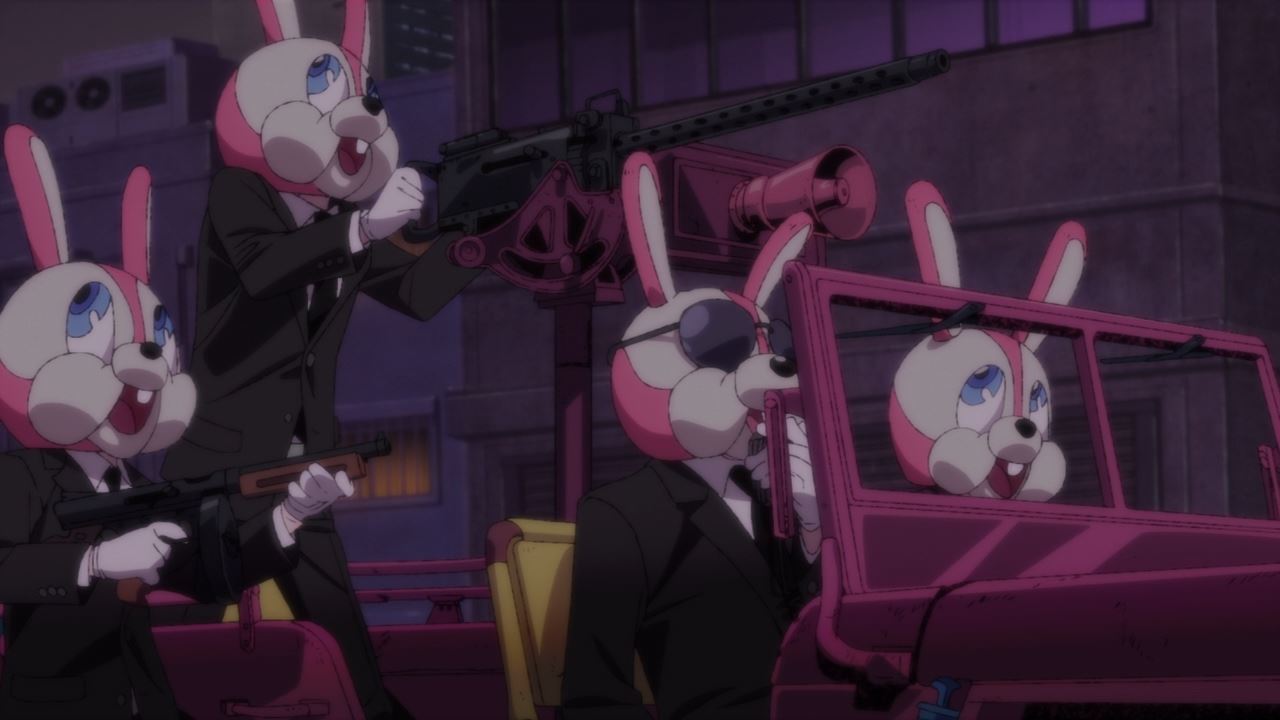 Meanwhile, some goons wearing bunny headdresses are here to arrest or even kill Bisco for spreading mushrooms across the city.

By the way, these goons are known as the Kurokawa Elite Forces where they act as the secret police within Imihama, although they operate like yakuza thugs. 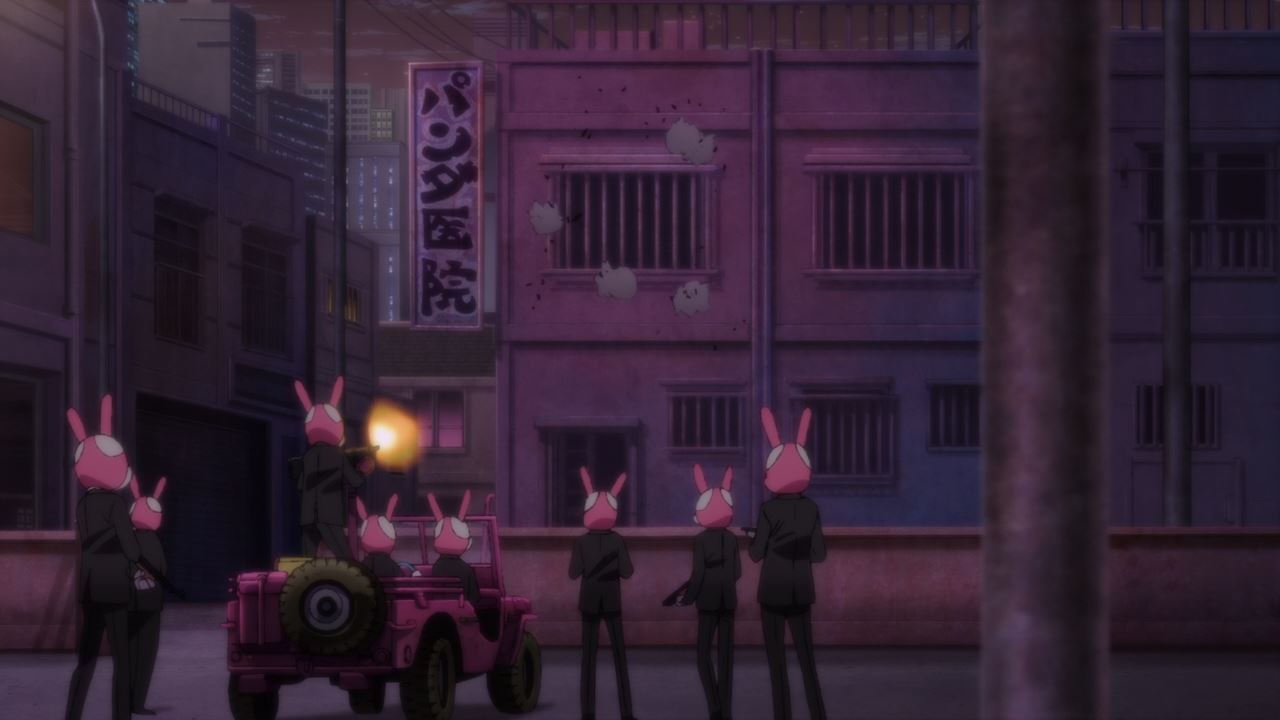 With that said, the Kurokawa Elite Forces went ahead on shooting down Bisco despite the fact that there’s a patient inside the clinic.

Never mind about innocent people as Governor Kurokawa’s men want the terrorist dead in its tracks. 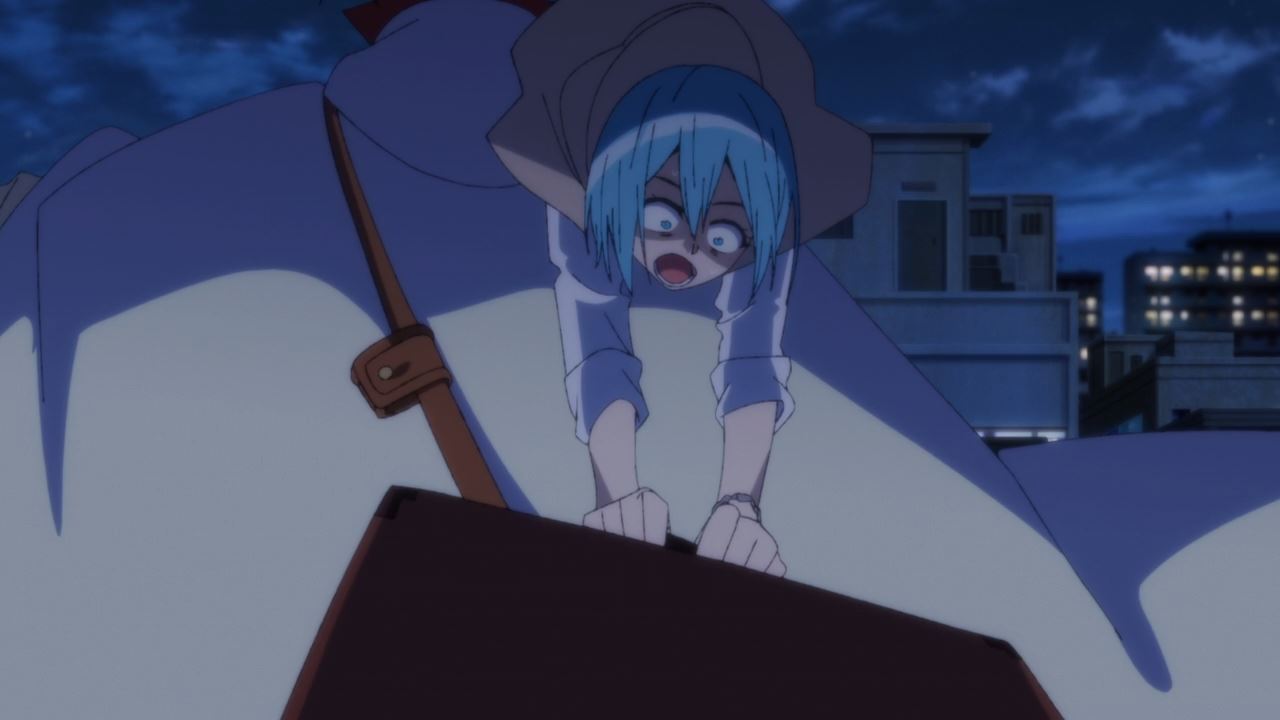 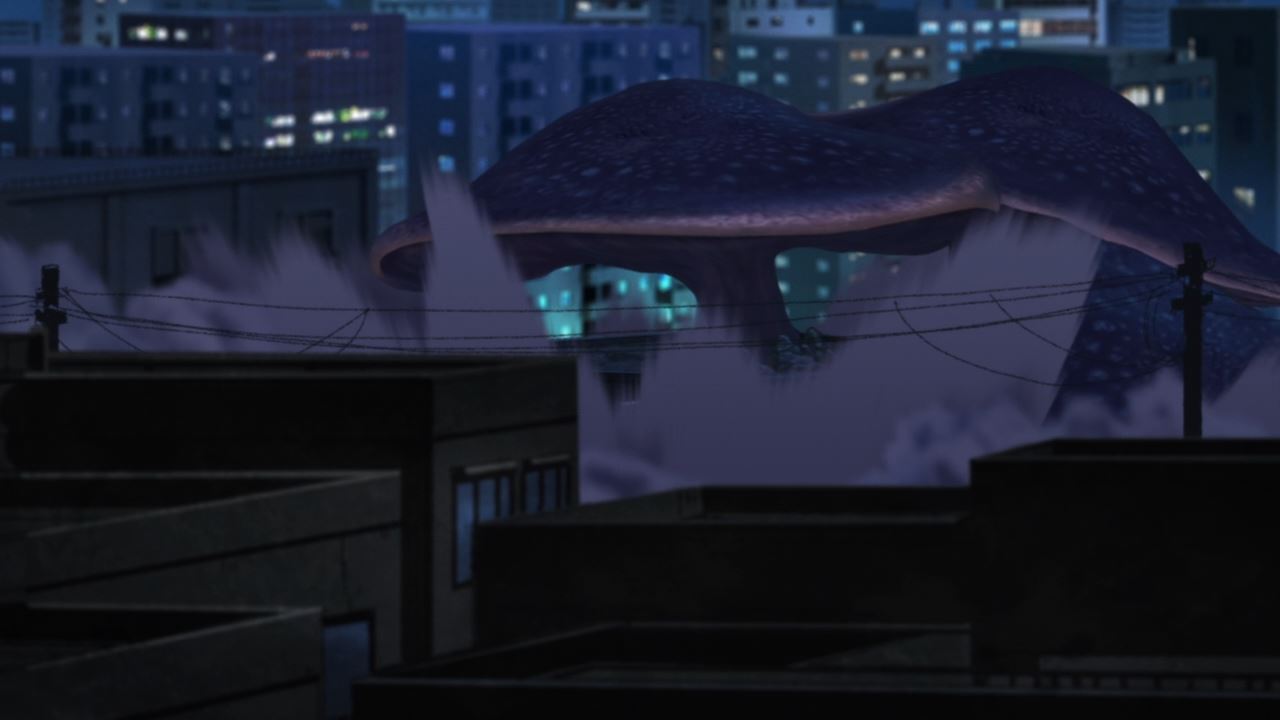 Anyways, it’s time for Bisco to abandon the clinic as he took both Jabi and Milo, all while turning Panda Clinic into a mushroom building.

Um Bisco, I think Milo should get some important medicine first in order to save your master. 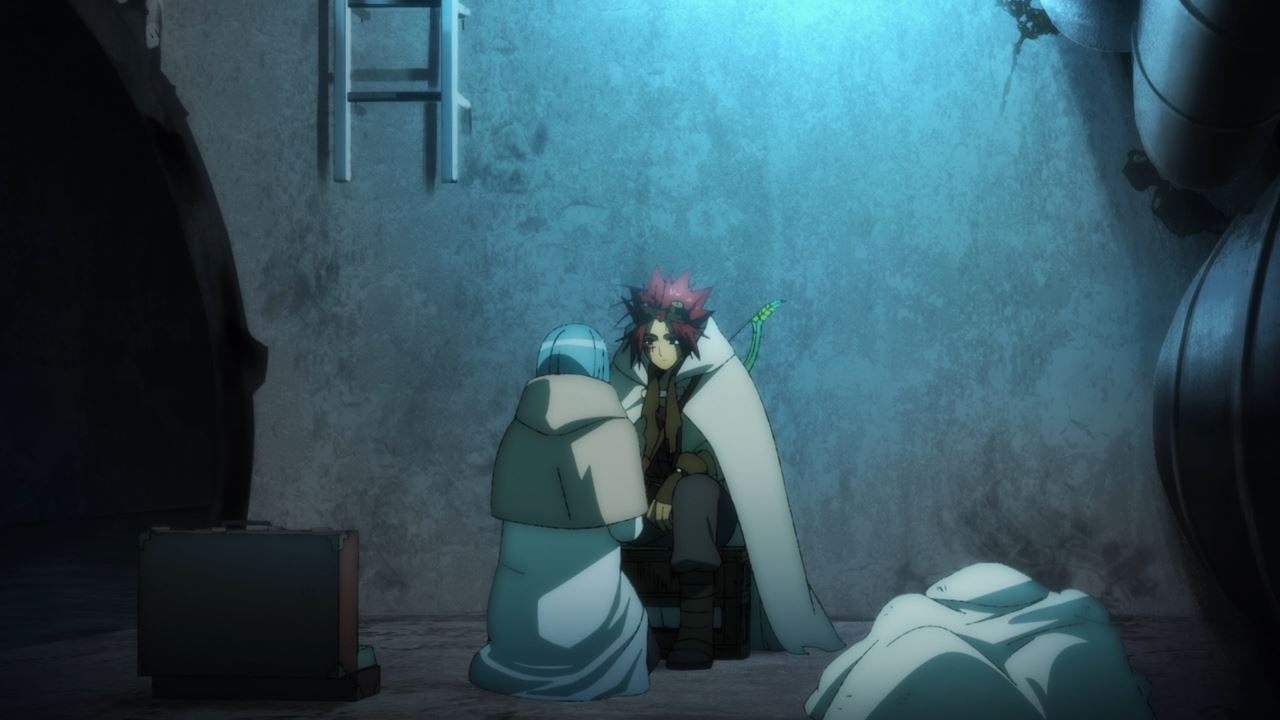 Regardless, they’re still okay where Milo Nekoyanagi managed to heal Bisco’s wounds even though the terrorist doesn’t want it. 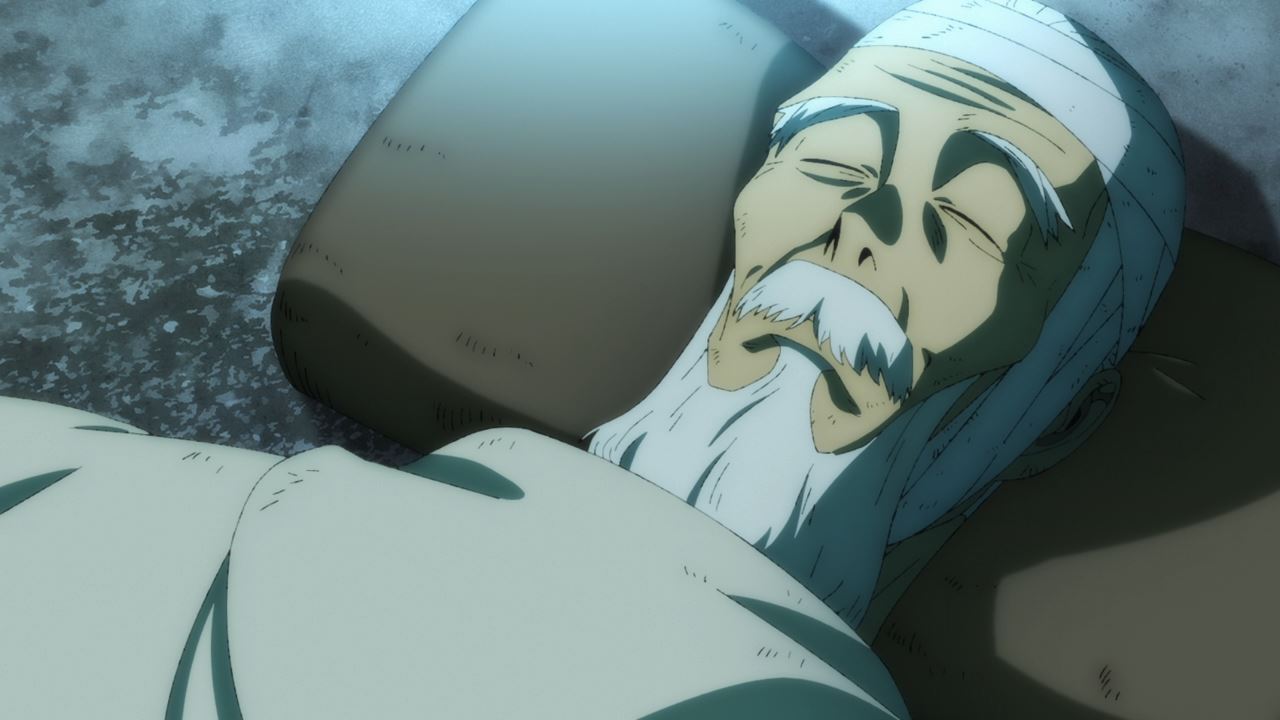 As for Jabi, looks like Milo applied some first aid to the old man, although he’s still not yet fully-healed as there’s still rust in his body.

For now, they need to hide in the sewers but Bisco wants to bide some time towards their pursuers until Milo cured Jabi. 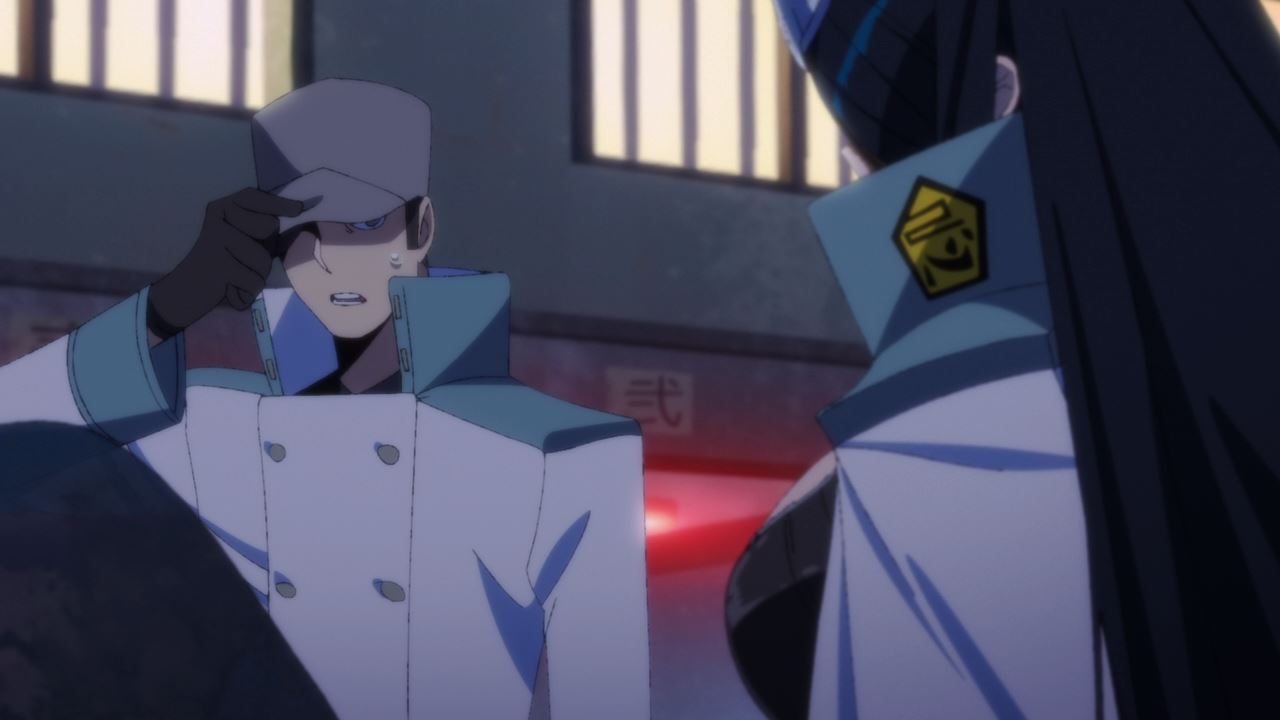 Now then, here’s the Imihama Watch where they’re busy capturing the Mushroom Keeper, although the Kurokawa Elite Forces are getting in their way on stopping Bisco Akaboshi.

Of course, its captain Pawoo received some bad news where Milo’s clinic was attacked by the infamous terrorist, although the truth is that the Kurokawa Elite Forces open fire at the Panda Clinic. 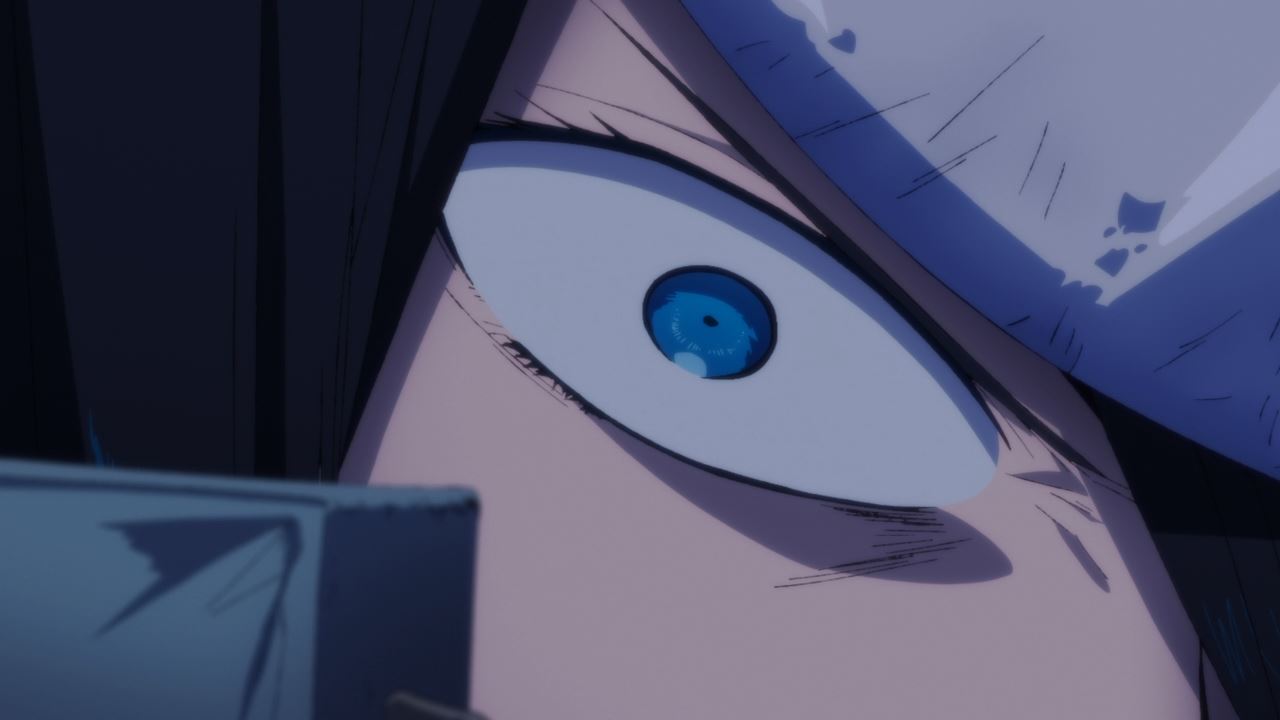 But this made Pawoo angry towards Bisco where the terrorist hurt her brother. Honestly, I think Pawoo needs to know the damn truth afterwards. 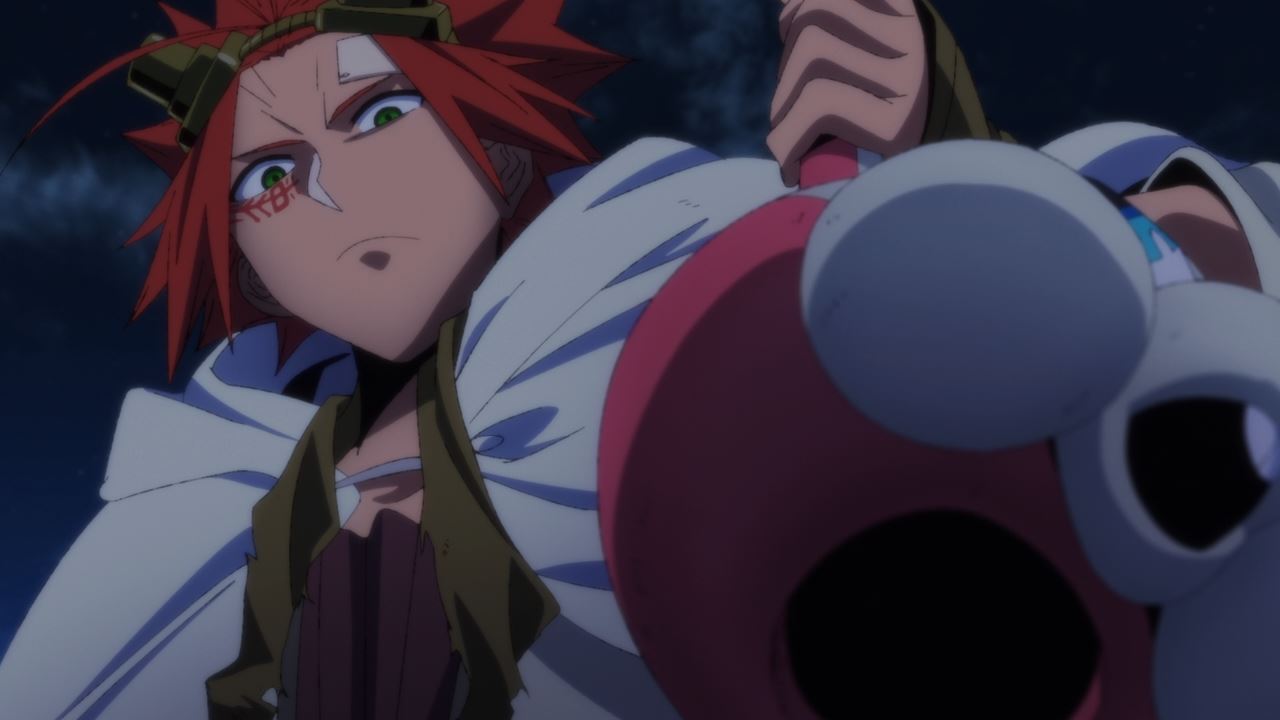 Meanwhile, here’s Bisco Akaboshi where he’s buying time so that Milo Nekoyanagi can heal Jabi, although it appears that he unmask one of Kurokawa’s goons. 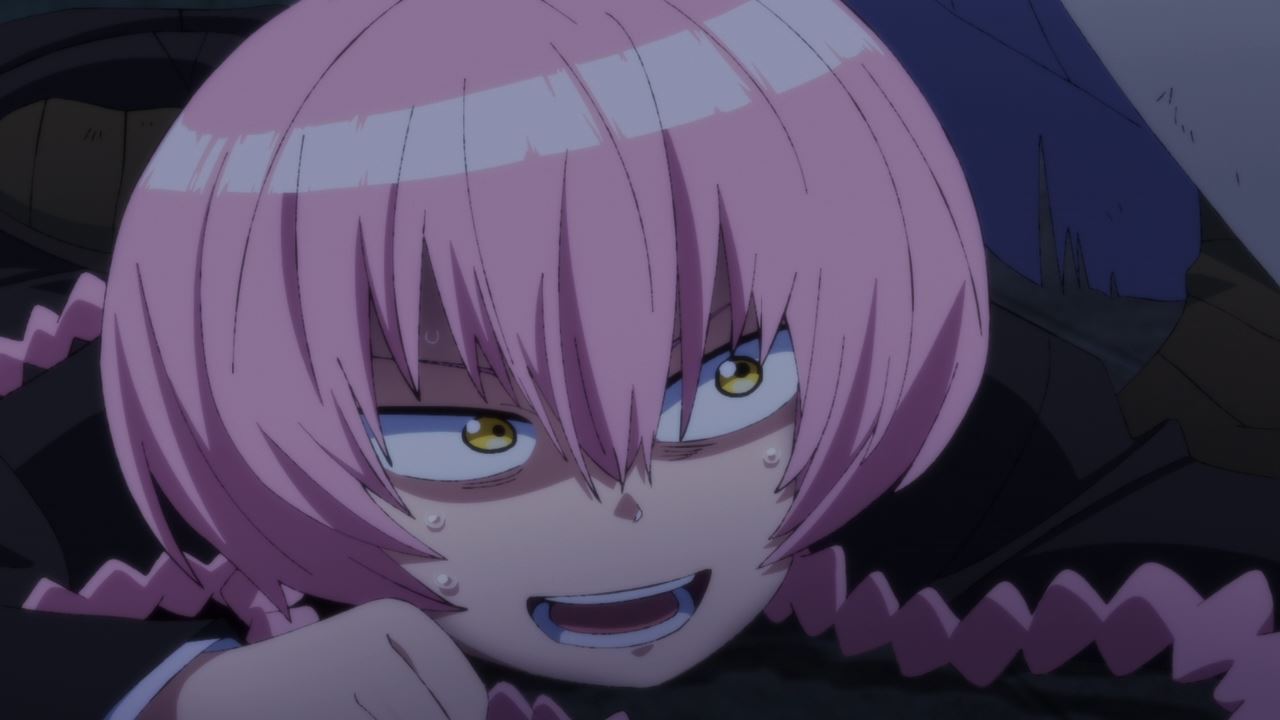 This is Tirol Ochagama where she’s the one piloting the Escargot fighter, therefore she’s responsible for shooting Jabi earlier.

Anyways, Tirol asked Bisco to spare her as she quit the Kurokawa Elite Forces for good. Of course, another reason why she wants to leave the group is because Governor Kurokawa won’t pay the repair fee on her Escargot fighter. 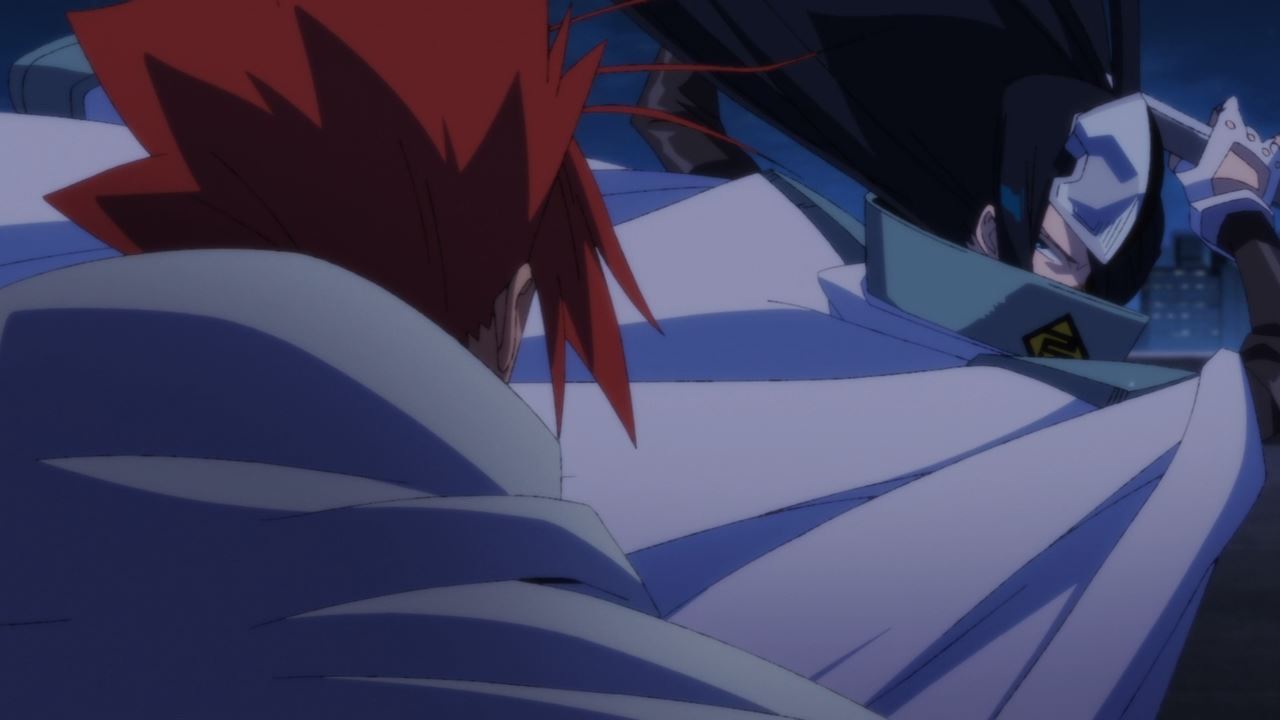 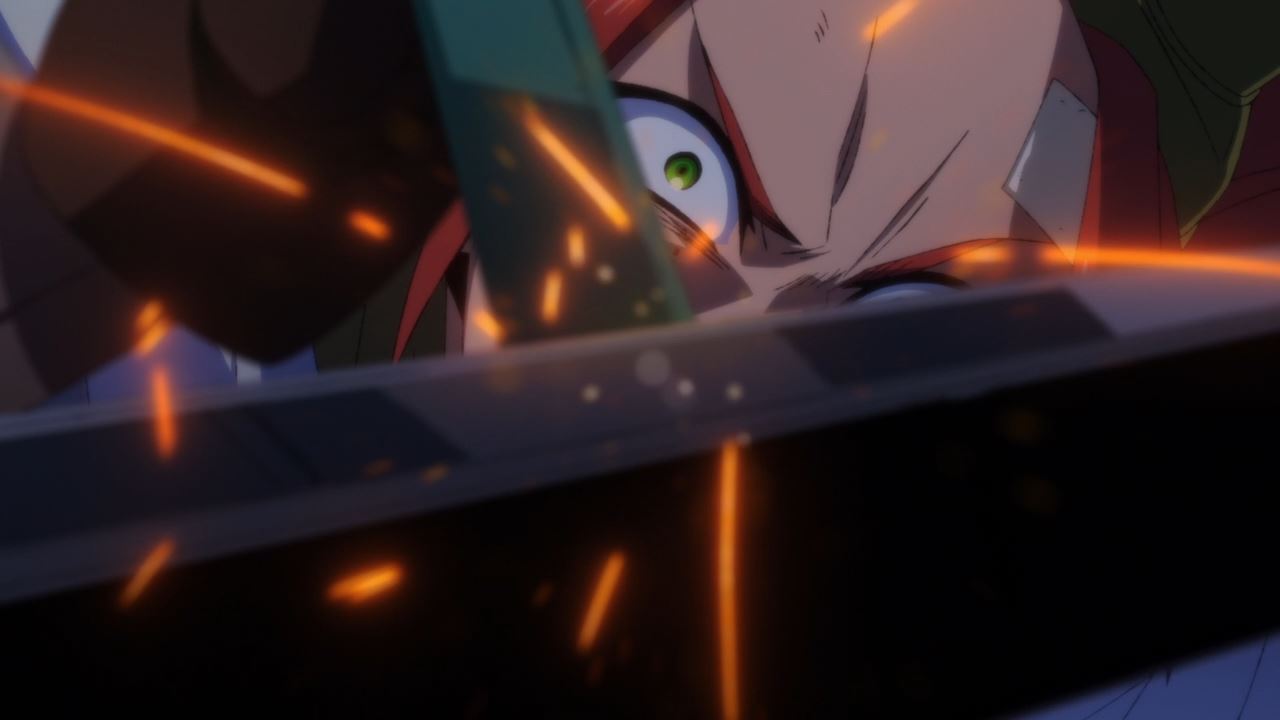 Unfortunately for Bisco, his negotiation with Tirol was interrupted when Pawoo Nekoyanagi attacked the Mushroom Keeper.

While he managed to defend himself from Pawoo’s attacks, that was really surprising as Pawoo is relentless and unpredictable. 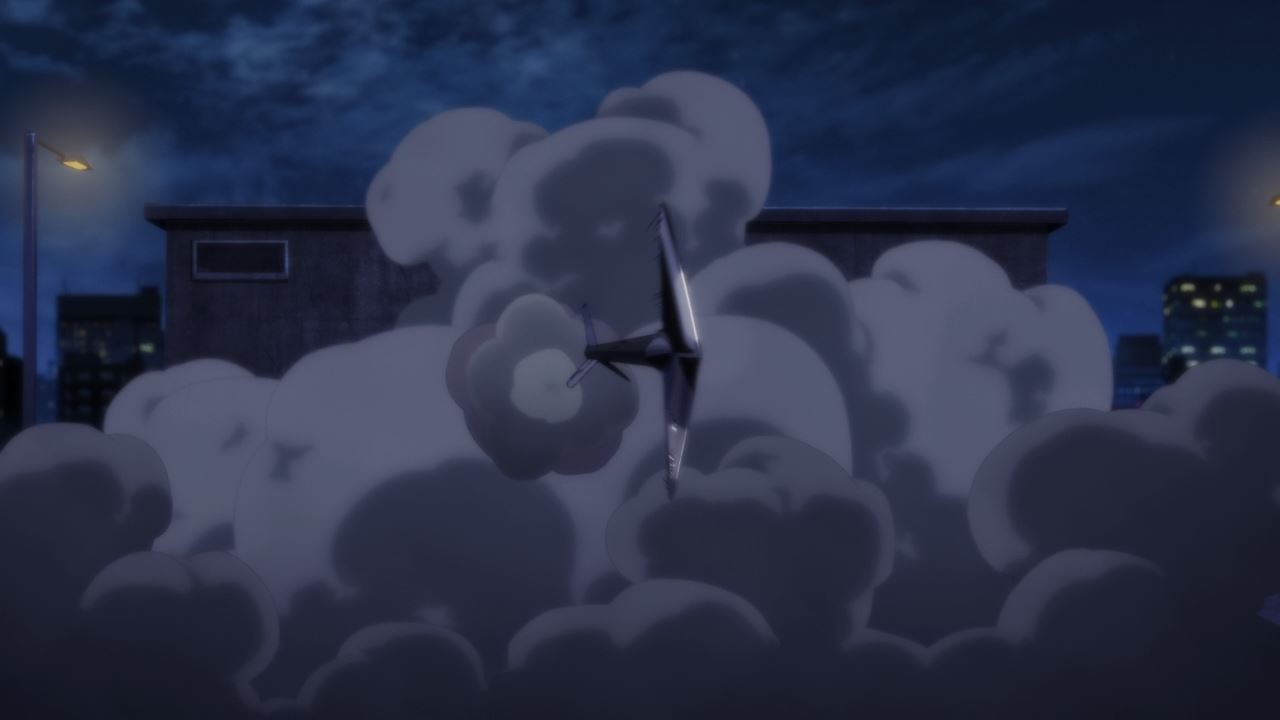 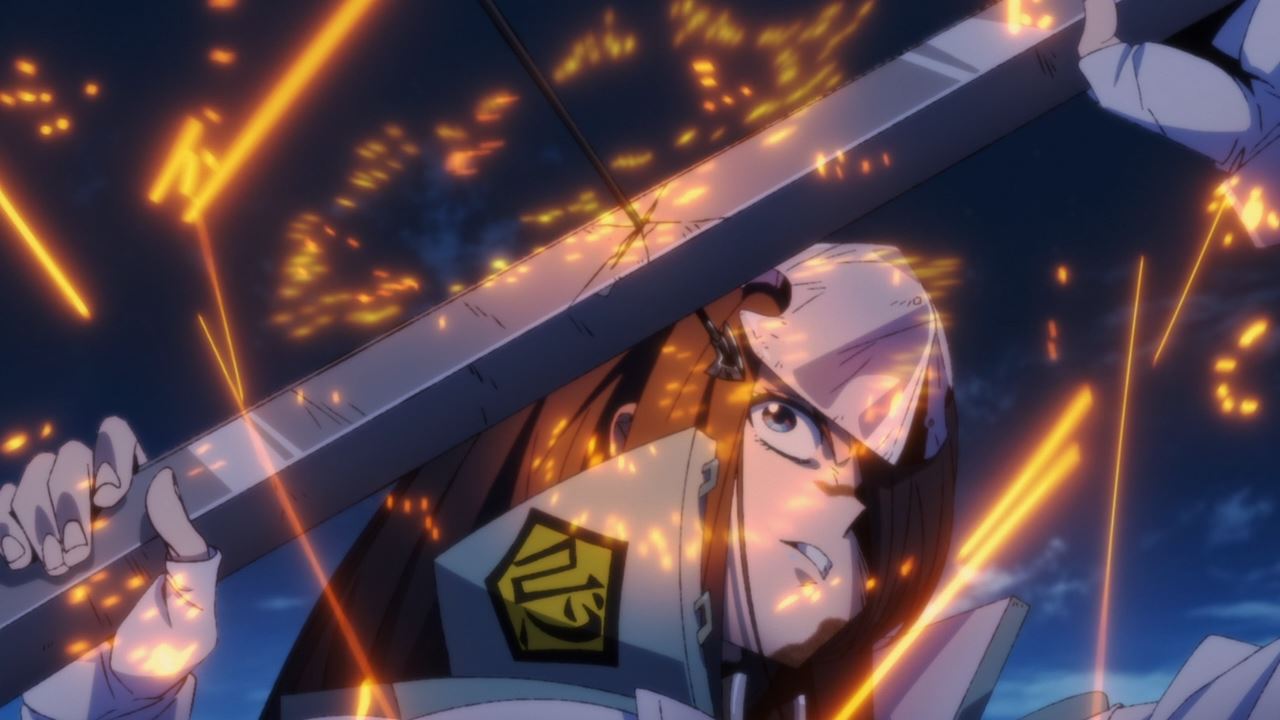 And speaking of Bisco, he almost turned Pawoo into a mushroom as the captain of the Imihama Watch blocked his arrow, although her weapon got a hole on it.

Well then, looks like we have an exciting battle next week between the terrorist and the captain of the Imihama Watch. Then again, Governor Kurokawa and his goons are gonna ruin the party later.