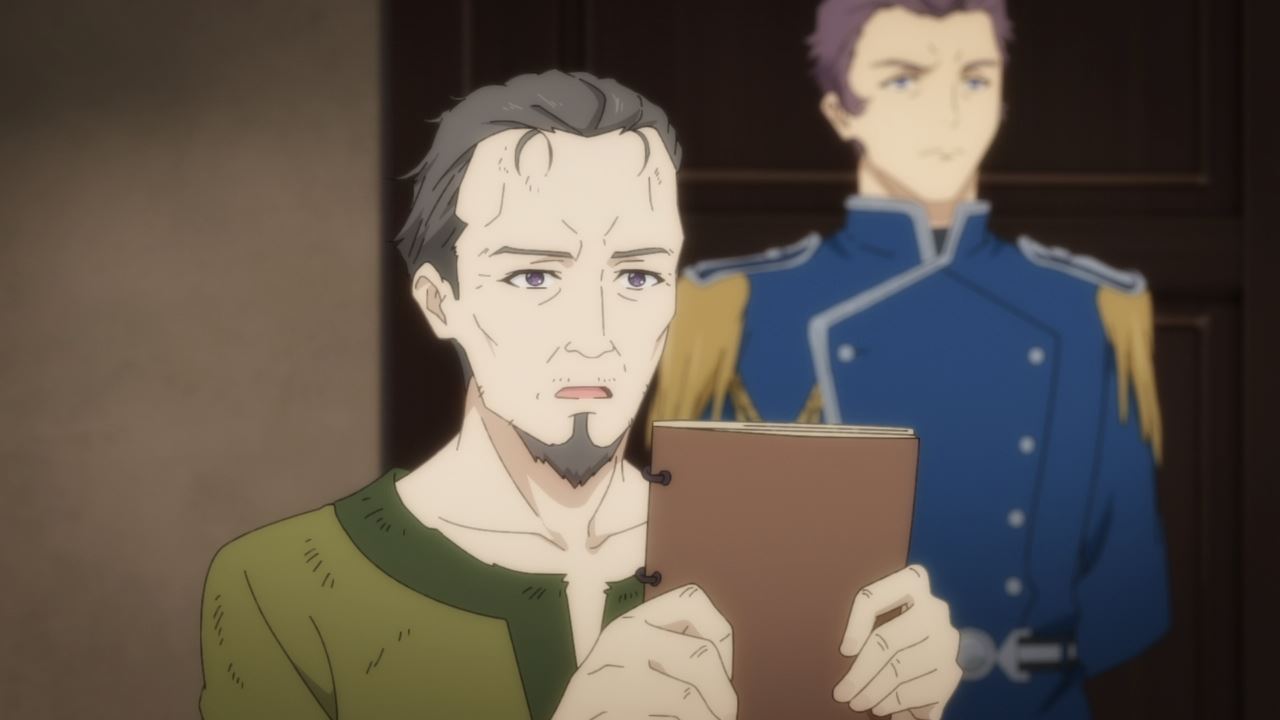 This is Pelynt, a former noble where he wants to deliver some important news to Wein Salema Arbalest, especially when it comes to the Jilaat Gold Mine. 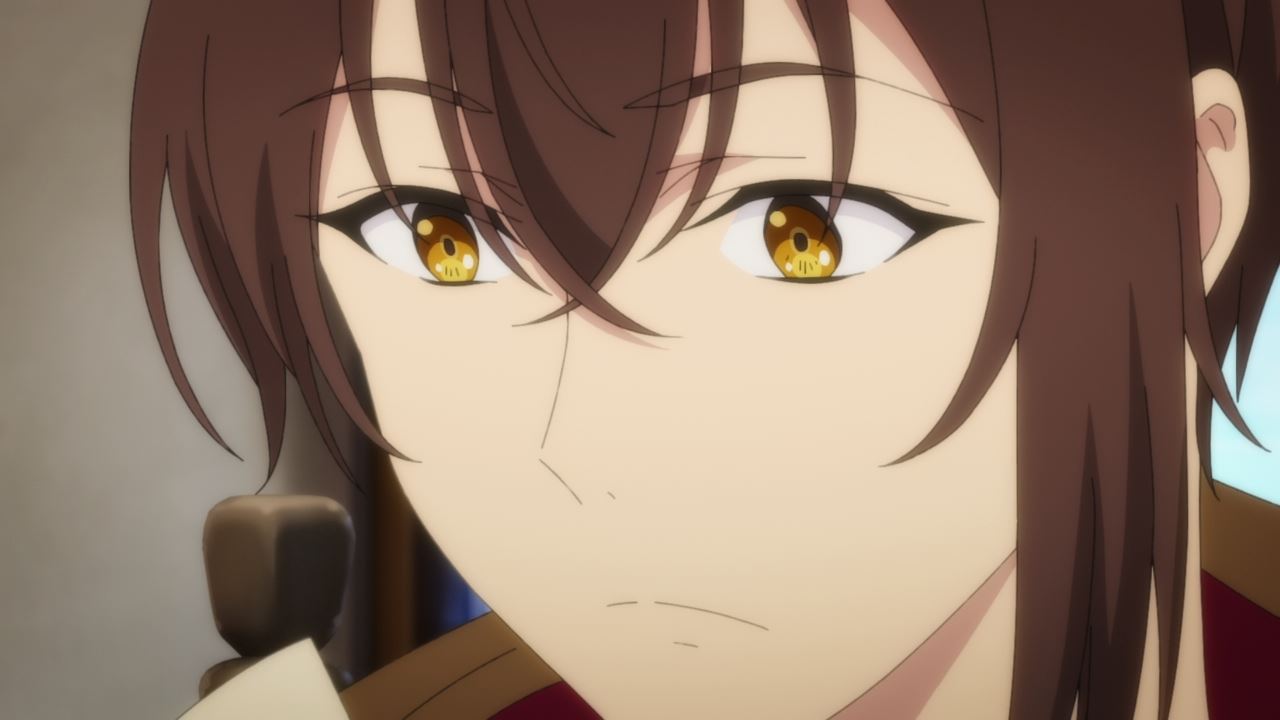 You see, the Jilaat Gold Mine that Natra captured in the previous episode is actually drying up, meaning that it’s worthless other than a makeshift hiding place.

I have a feeling that the Finance Minister Holonyeh stole some gold for himself, but that doesn’t stop Marden from taking it back. Oh boy, looks like Prince Wein and his soldiers will have another battle. 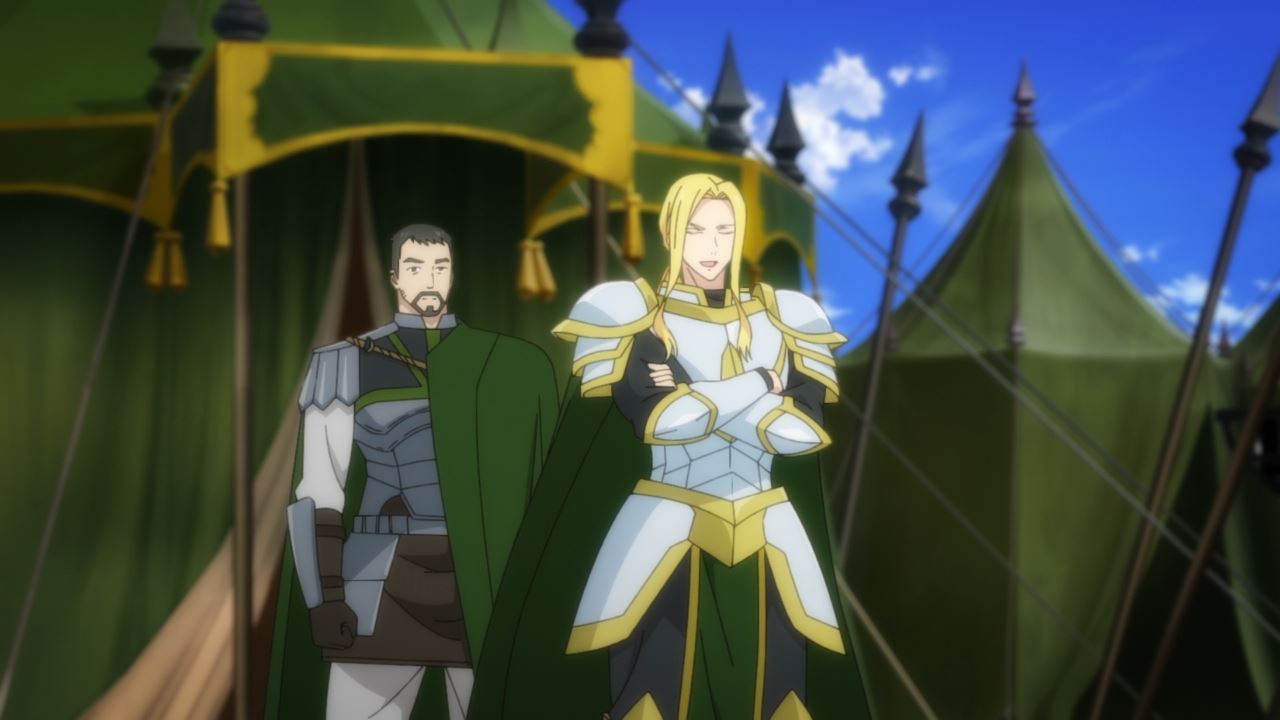 This time, he’ll take on General Drawood where he and his 30,000 soldiers will reclaim the Jilaat Gold Mine and possibly invade the Kingdom of Natra.

Of course, large numbers don’t always work when dealing with combatants hiding in mountainous terrain. This is where Prince Wein will use the terrain surrounding the gold main as his advantage where his soldiers will ambush General Drawood’s men. 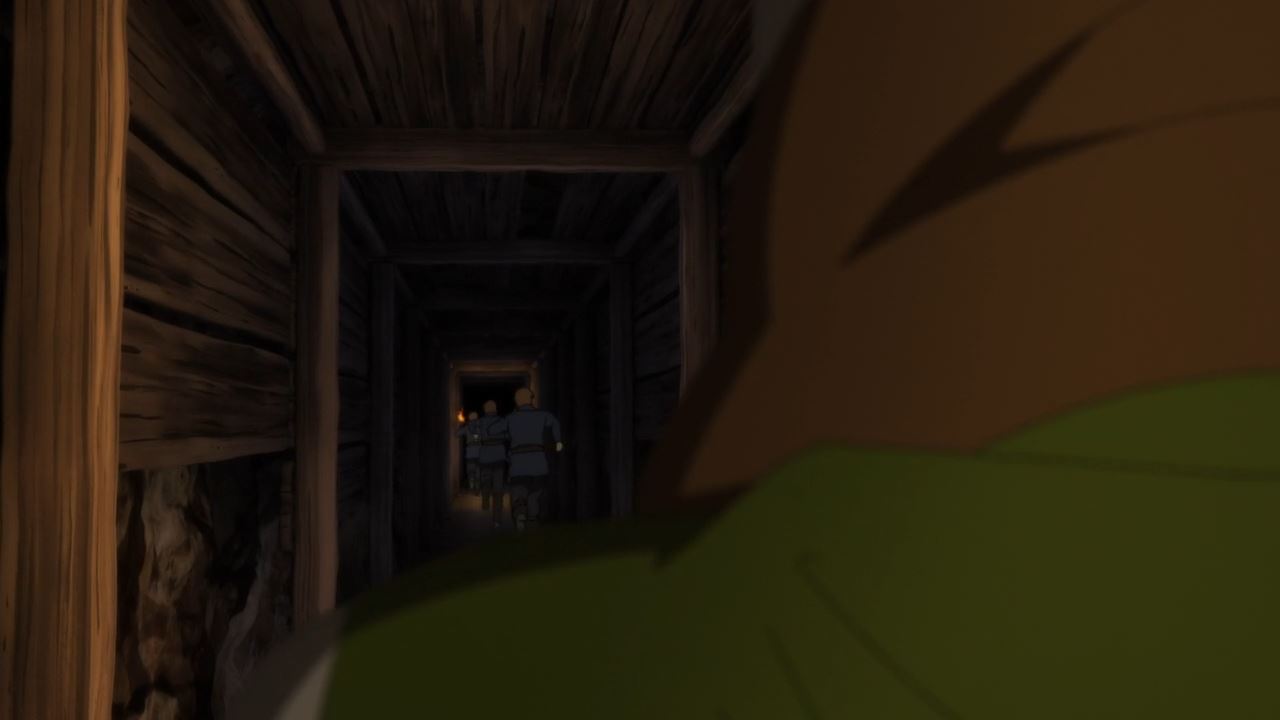 Oh yeah, and there’s more coming from Prince Wein as he ordered his men to dig a tunnel that’s parallel to the old mine shaft. But wait, what about the old one connecting the Jilaat Gold Mine? 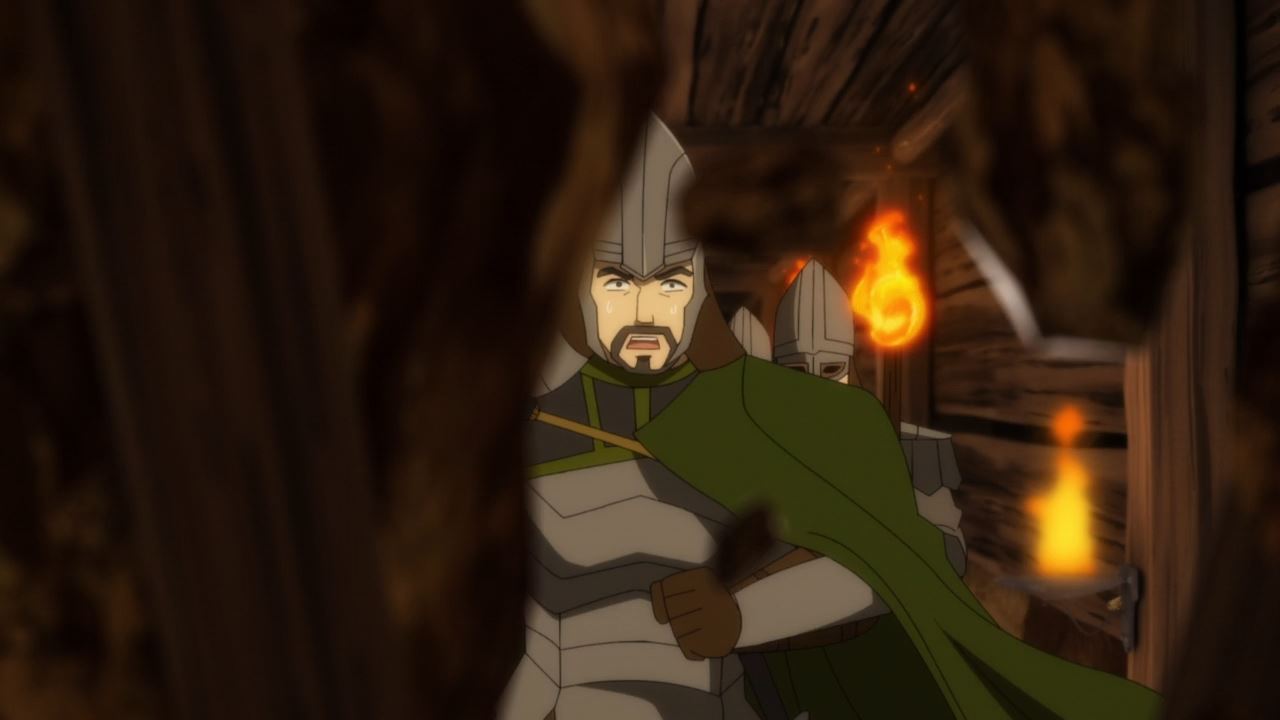 Well, the prince will use it as a booby trap to the Marden soldiers where they can never get out alive. Seems that Prince Wein is winning this battle. 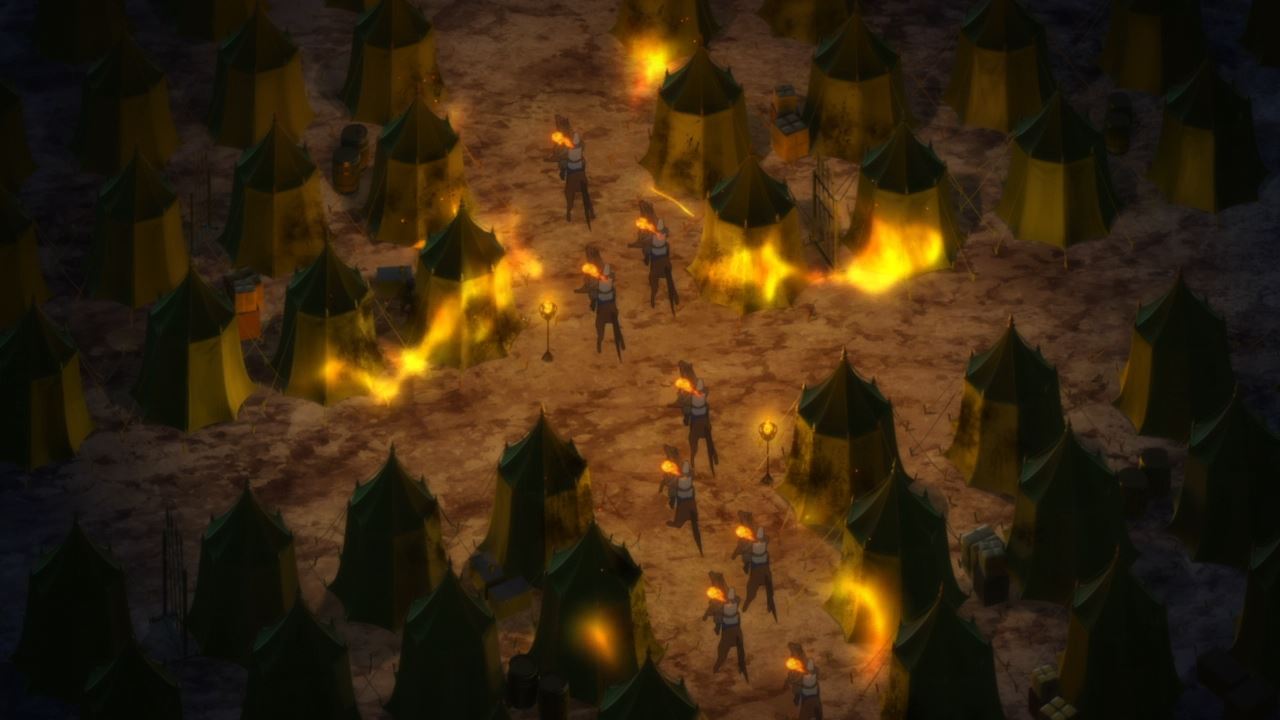 Oh and to rub salt on General Drawood’s wounds, his camp was raided by Natra soldiers where they set most of the tents ablaze.

All I can say that it was the most demoralizing thing that Wein Salema Arbalest did towards his enemy, but did Marden finally give up? 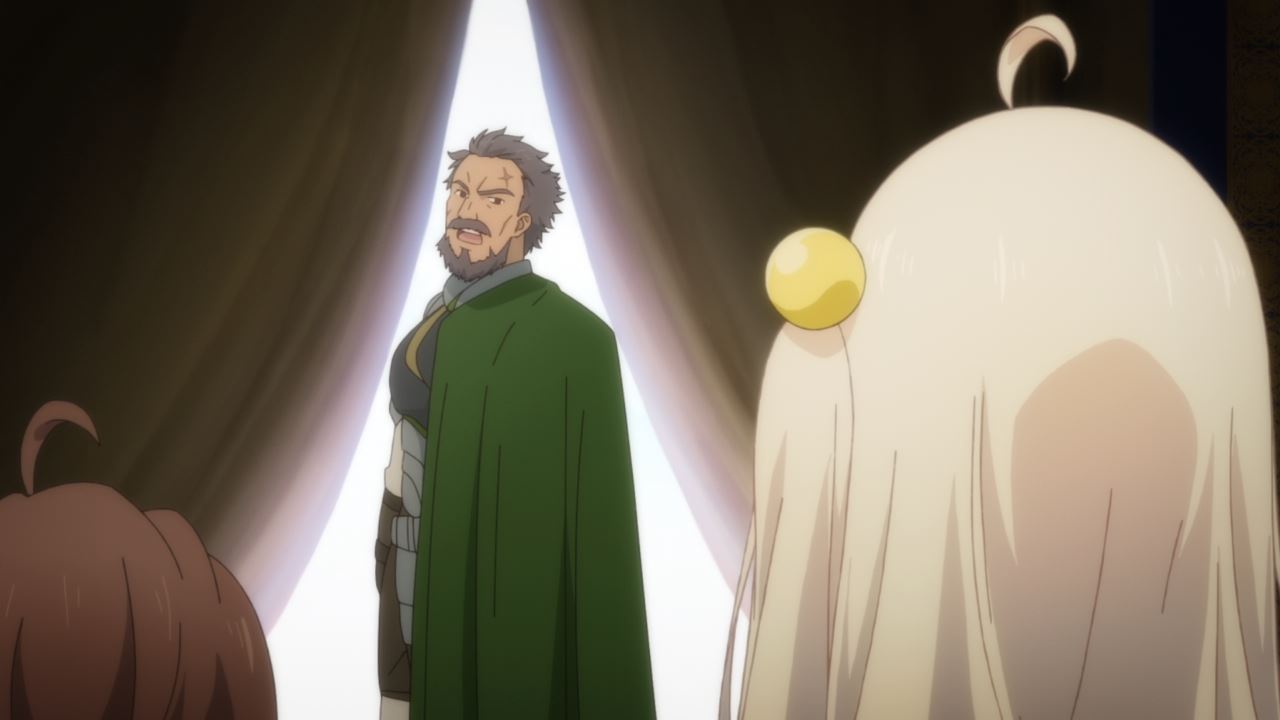 Well, not really as General Drawood’s envoy Commander Logan told Prince Wein to abandon the gold mine, give up their weapons, and free the Marden citizens as soon as possible. Otherwise, they won’t consider having a peace treaty with Natra. What is this, an unconditional surrender?

Also, Commander Logan told the prince to discard his Flahm advisor ’cause he sees Ninym as a slave. Um Commander Logan, Ninym Ralei beheaded General Urgio in the previous episode so don’t underestimate her. 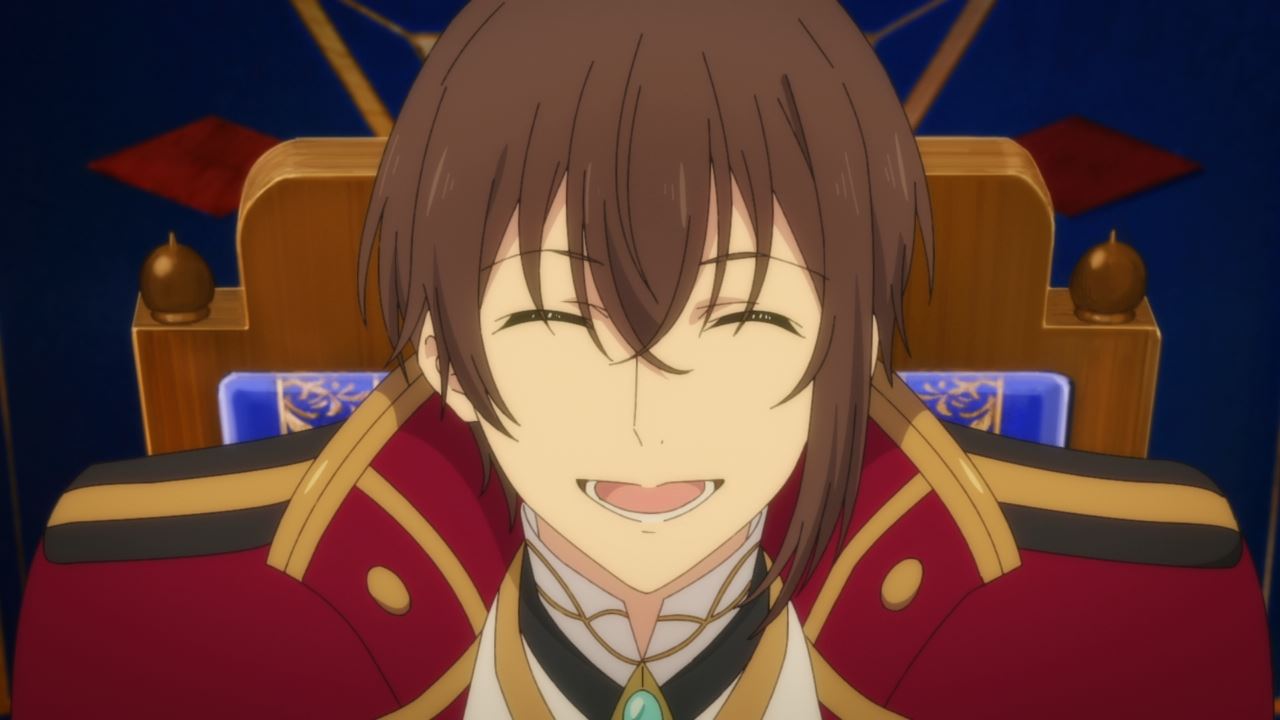 But as for Wein Salema Arbalest, he wish him good luck all while being calm and collected. Of course, he’s really angry inside that Commander Logan insulted Ninym. 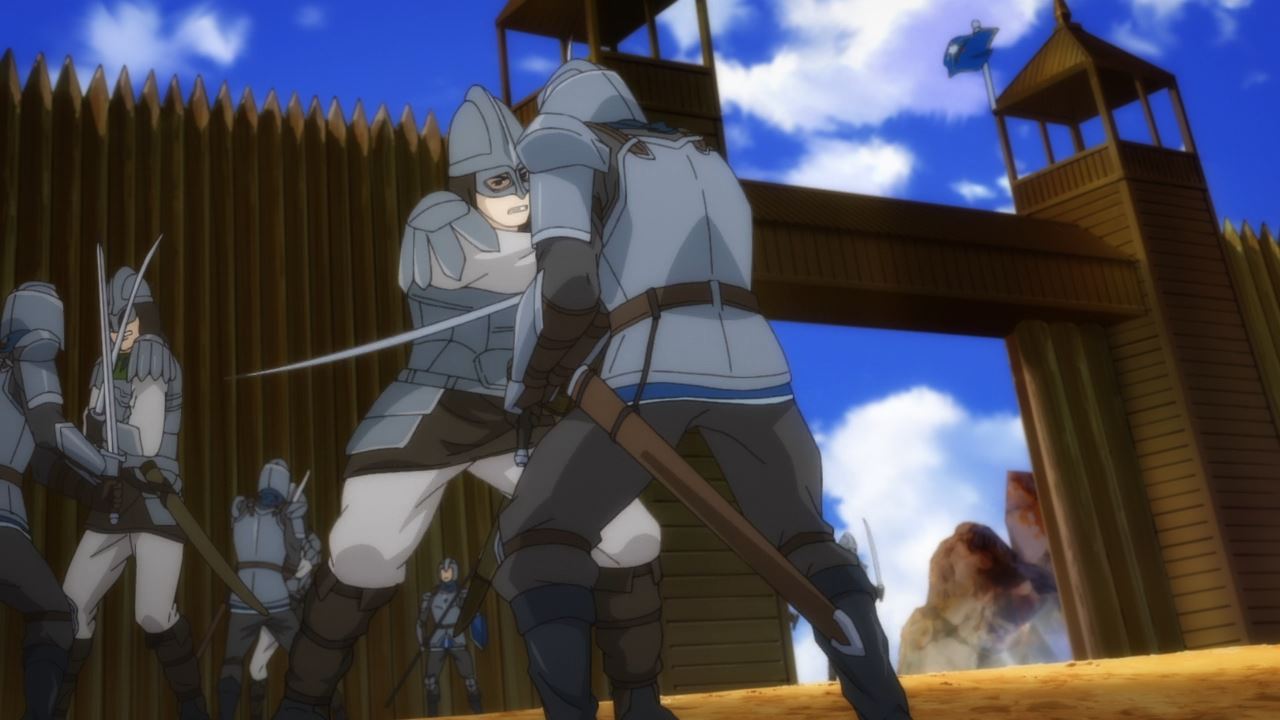 Now then, it’s the end game where General Drawood ordered his soldiers for an all-out attack against Natra as he’s losing his patience in retaking the gold mine.

While things are really desperate for Marden, Natra are still holding the line despite their small numbers. Then again, Prince Wein has another ace up in his sleeve… 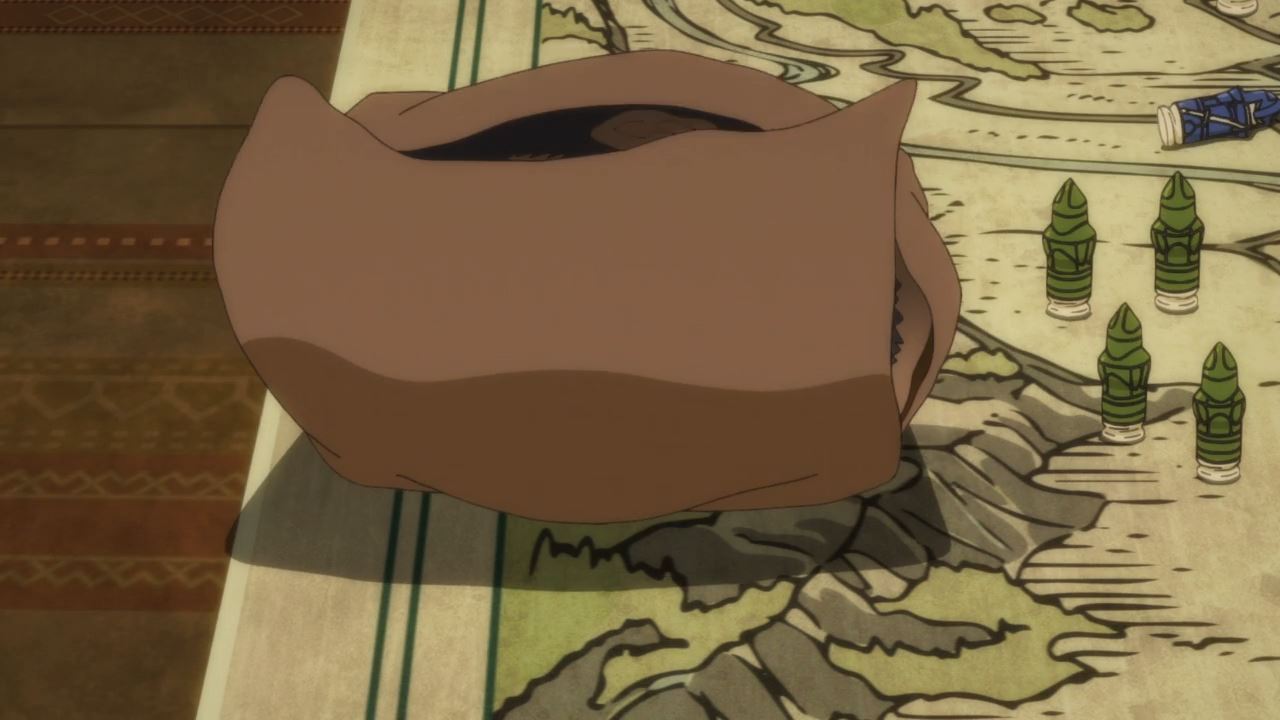 Turns out, the prince sent a package to General Drawood where it contained the severed head of Commander Logan. I guess Prince Wein was insulted in the envoy’s words that he told his men to execute him. 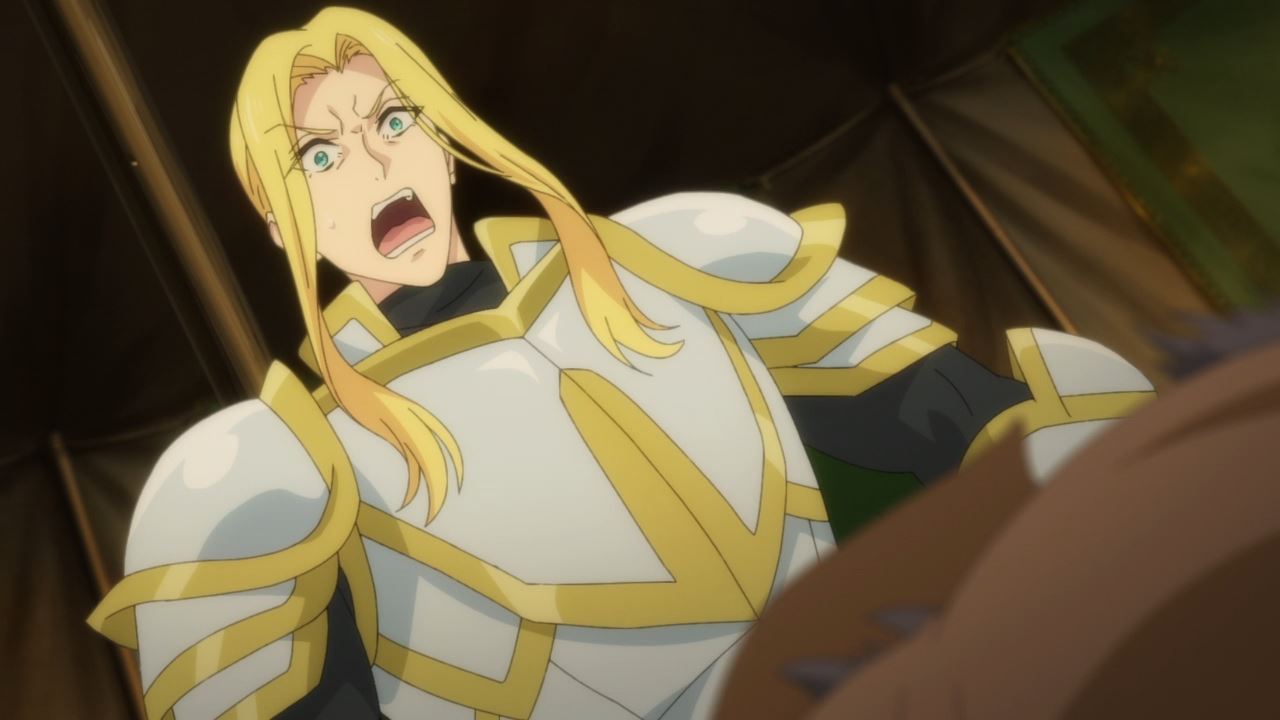 Speaking of General Drawood, he’s really shocked that his right-hand man was reduced to a mere head. Then again, he should keep his guard up whenever someone attempts to assassinate him. 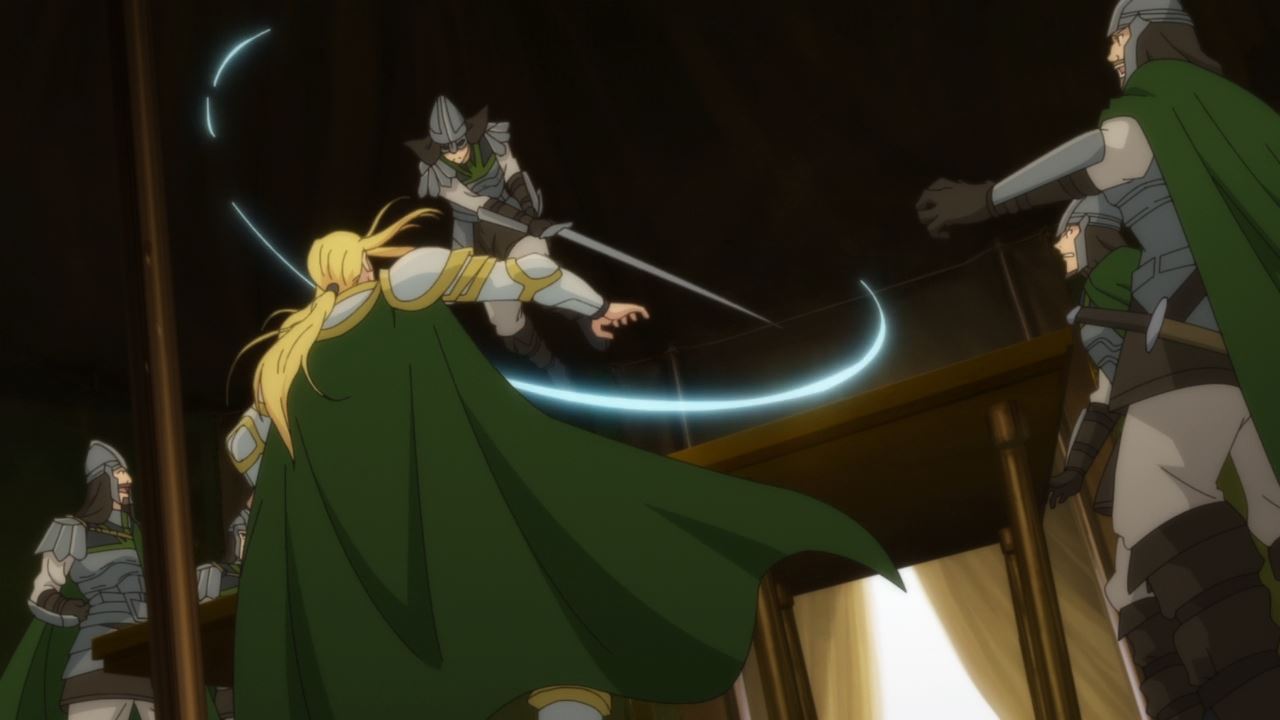 Except that he didn’t as General Drawood was gravely injured by a disgruntled Marden soldier… until it turned out that it’s not some soldier who decided to betray his motherland. 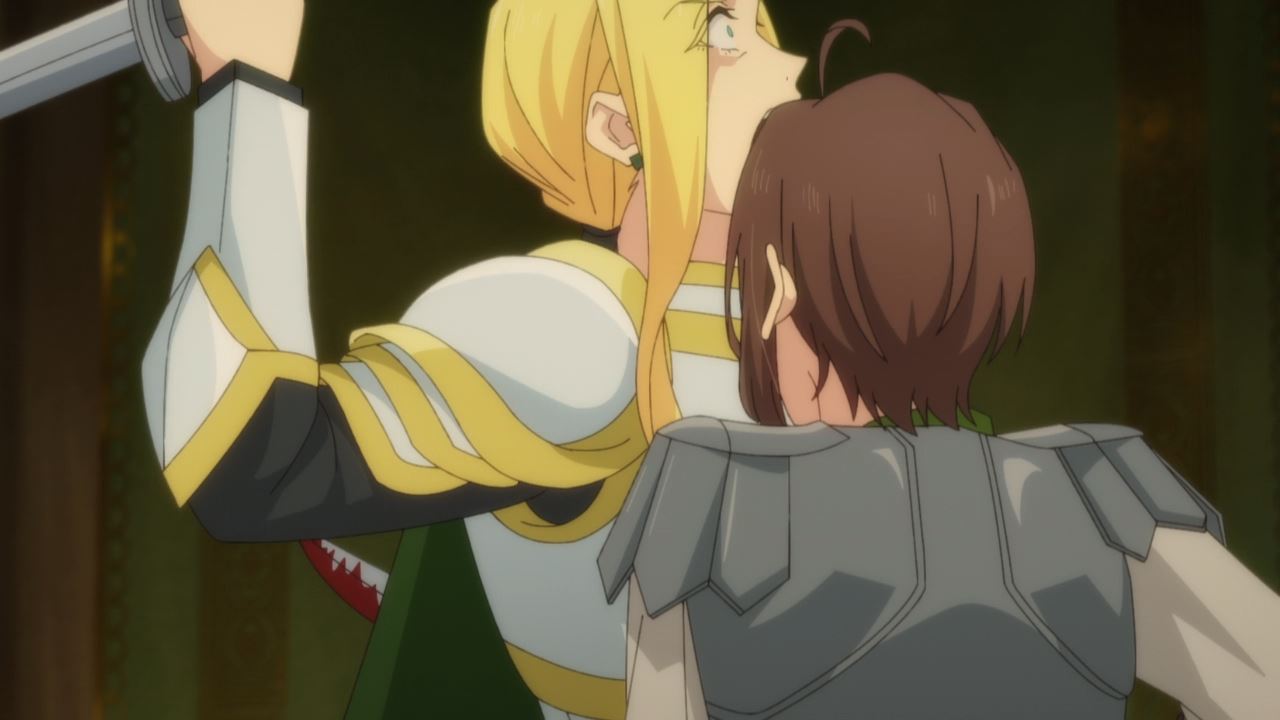 You see, this disgruntled Marden soldier is actually Prince Wein Salema Arbalest where he sneak up to General Drawood’s camp and goes for the kill, all while the Marden soldiers are busy reclaiming the gold mine. 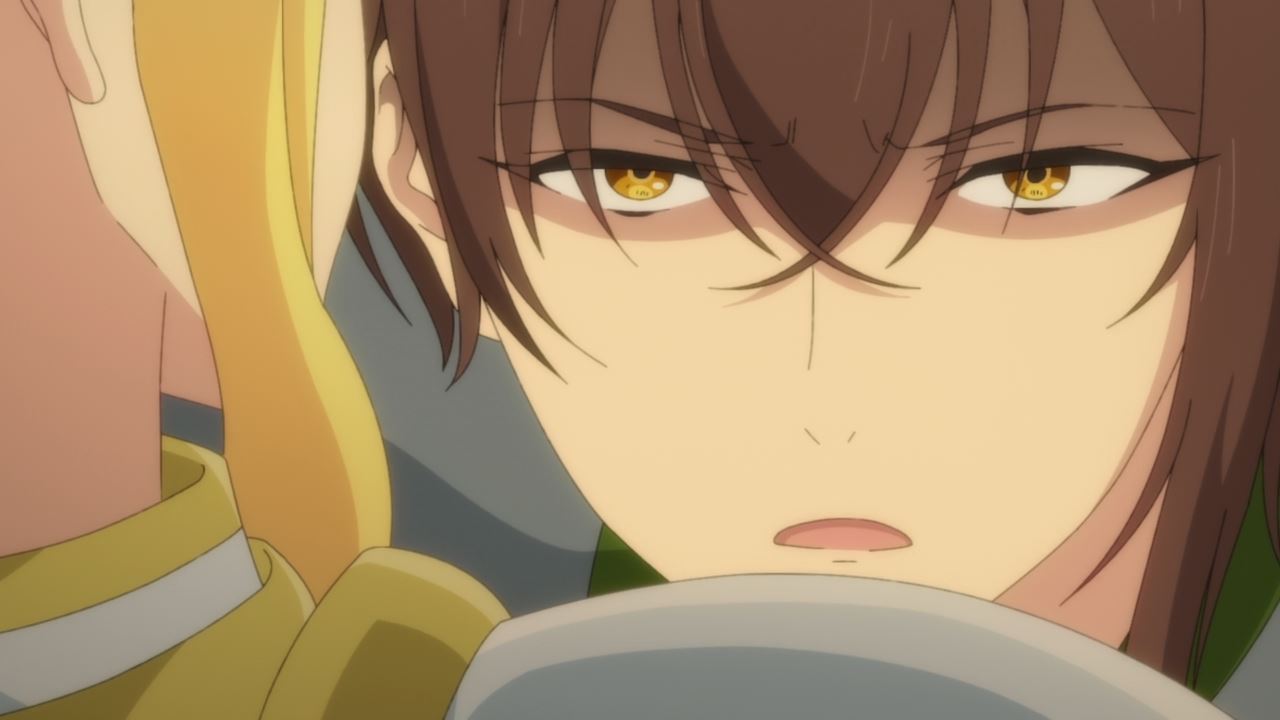 Speaking of Prince Wein, he’s really scary whenever someone insulted Ninym that he’ll go into greater lengths to deliver a coup de grâce towards an enemy commander. 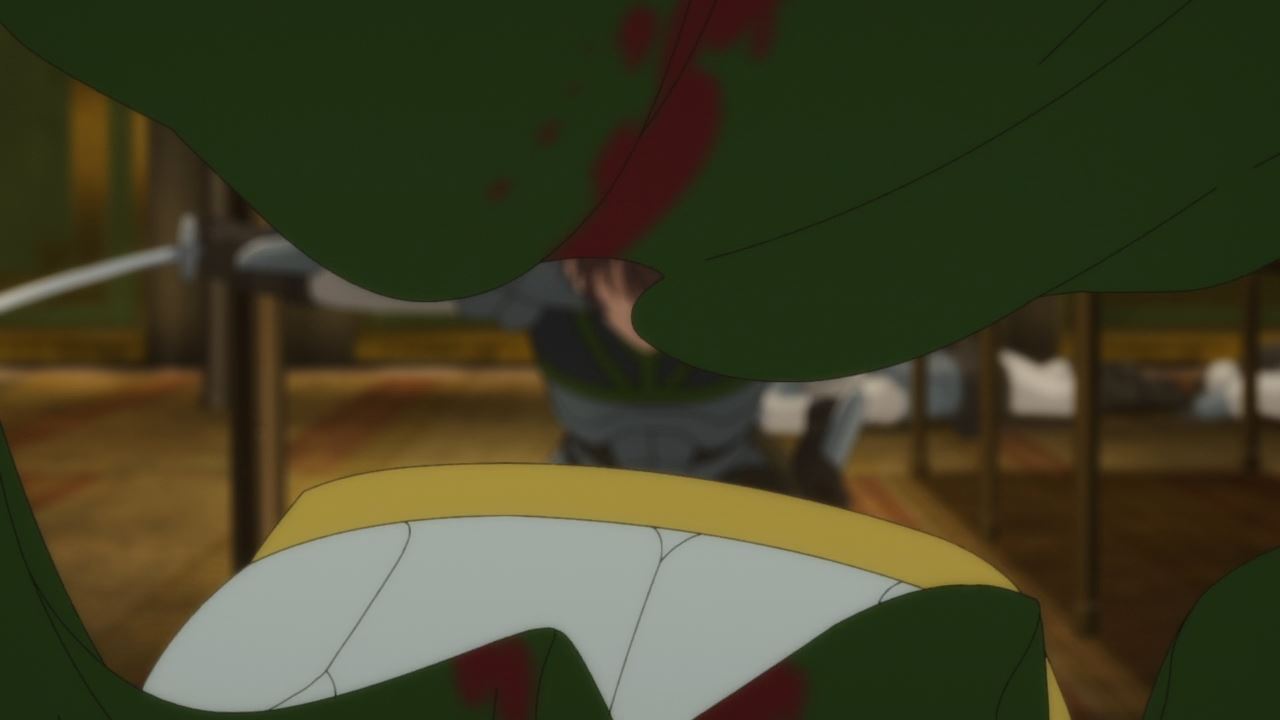 But that’s the end of General Drawood where his body was cut in half by Prince Wein. Without their general, the entire morale of Marden took a nosedive as they suffered massive casualties.

Seriously though, something tells me that Prince Wein learned a lot of strategies at a military school which is why he won many battles despite being underfunded and understaffed. 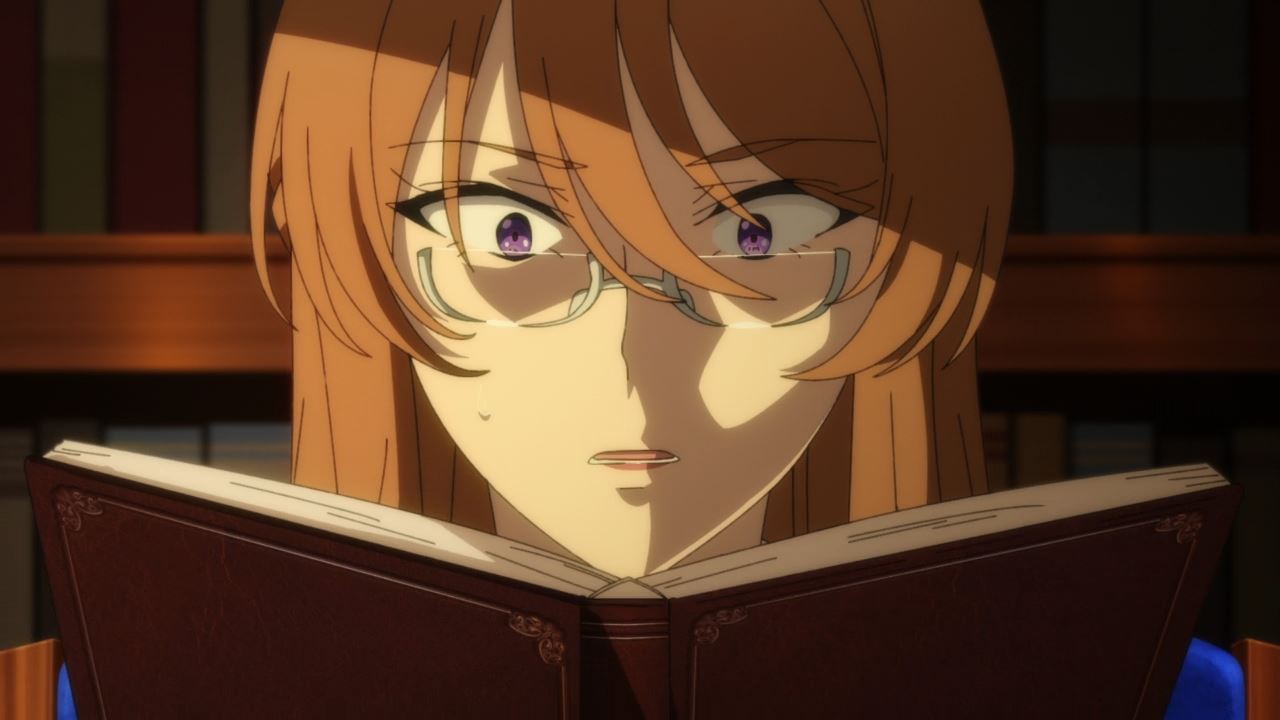 Turns out, a military advisor by the name of Fyshe Blundell found out upon checking the records. And it looks like she was stunned upon looking at them. 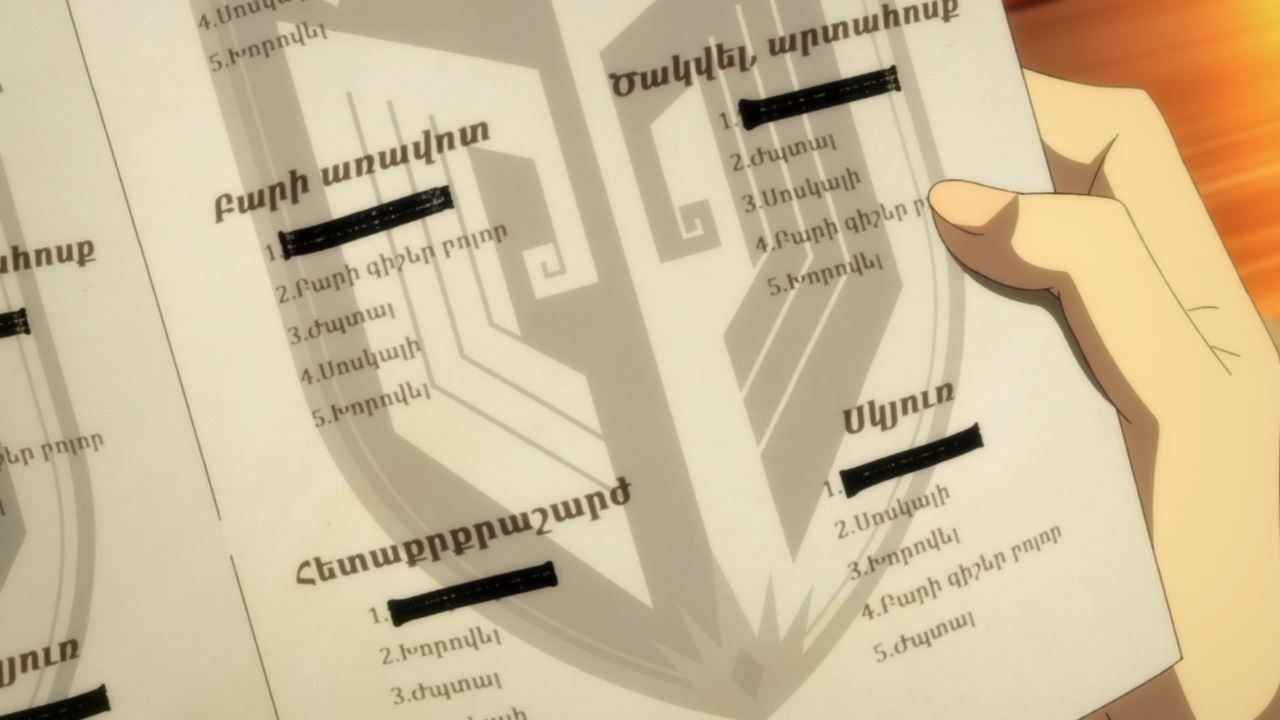 See those redacted names that are placed on top of those lists? That belonged to Wein Salema Arbalest where he earned top honors at a military school. Unfortunately, the Earthworld Empire felt that a foreigner bested everyone within the academy and thus they remove every mention of Wein’s name in the records.

Still, the fact remains that Prince Wein became the brightest strategist in this generation for which the empire will pay dearly if they try to wage war against a puny kingdom like Natra. 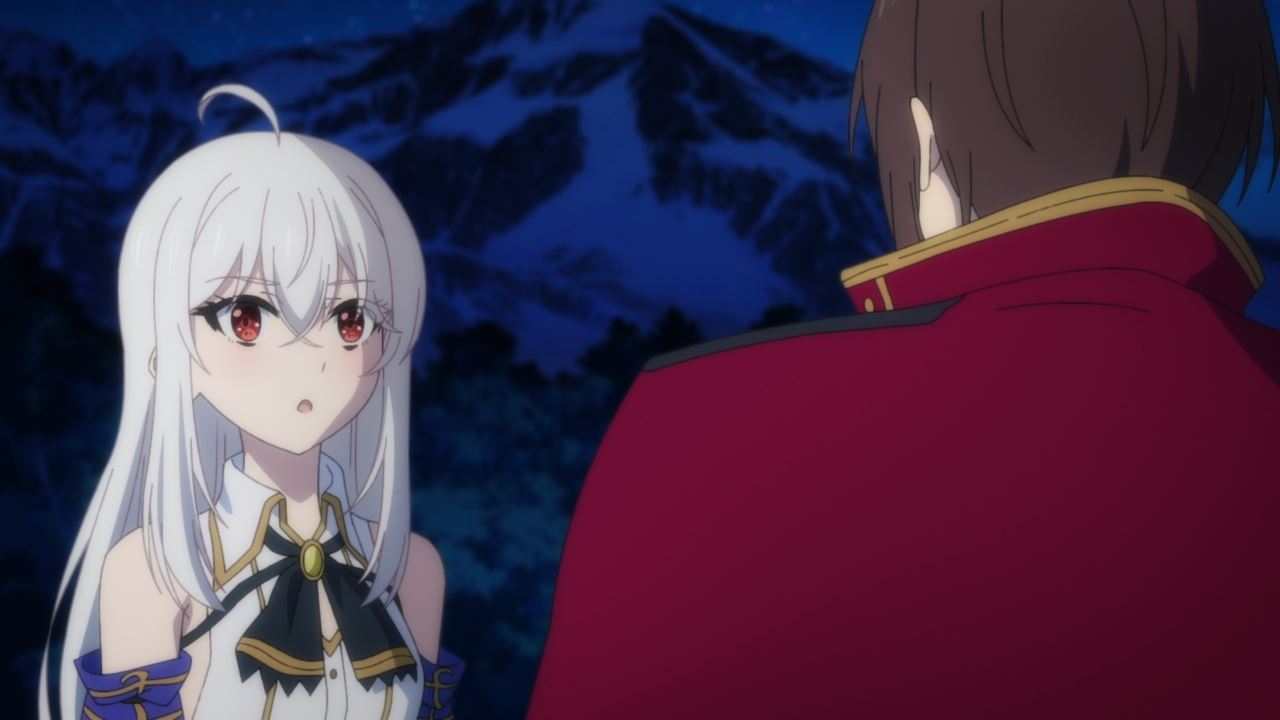 Now then, it’s time for Prince Wein to relax after a hard-fought battle as he’s expecting for a peace treaty with Marden.

Unfortunately, Ninym told the prince that Marden was capitulated by the neighboring kingdom named Cavarin where someone conspired to overthrow King Fyshtarre. Well, that’s sucks for Prince Wein in which Cavarin might invade Natra next.

On the flip side though, it appears that a new gold vein is discovered in Jilaat, meaning that Natra will be saved from a financial crisis. Then again, we’ll never know how much gold they’ve discovered so we’ll have to wait for it. 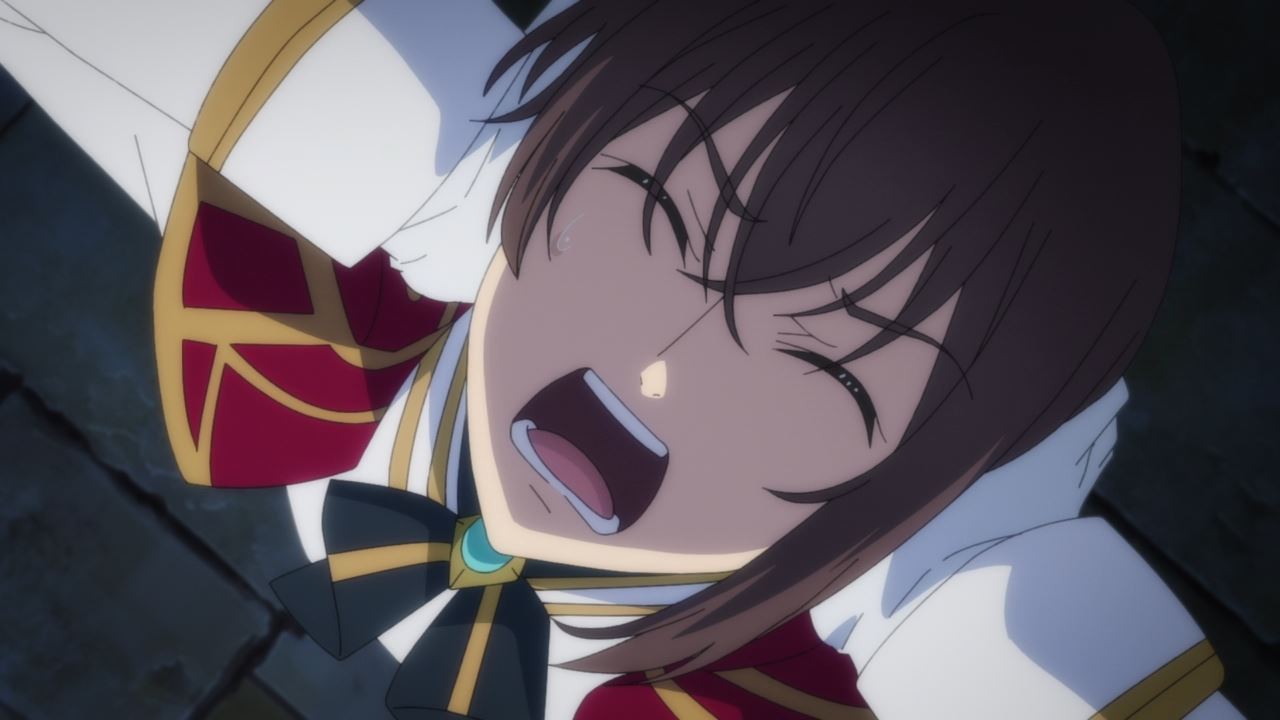 Anyways, looks like Wein Salema Arbalest won’t take a break from his laurels as he needs to deal with various countries that might antagonize Natra in the future, including the Earthworld Empire in which the prince originally try to sell his country and live a life of luxury.

With that said, I’ll see you next time where I’m hoping that nothing terrible will happen in Natra.