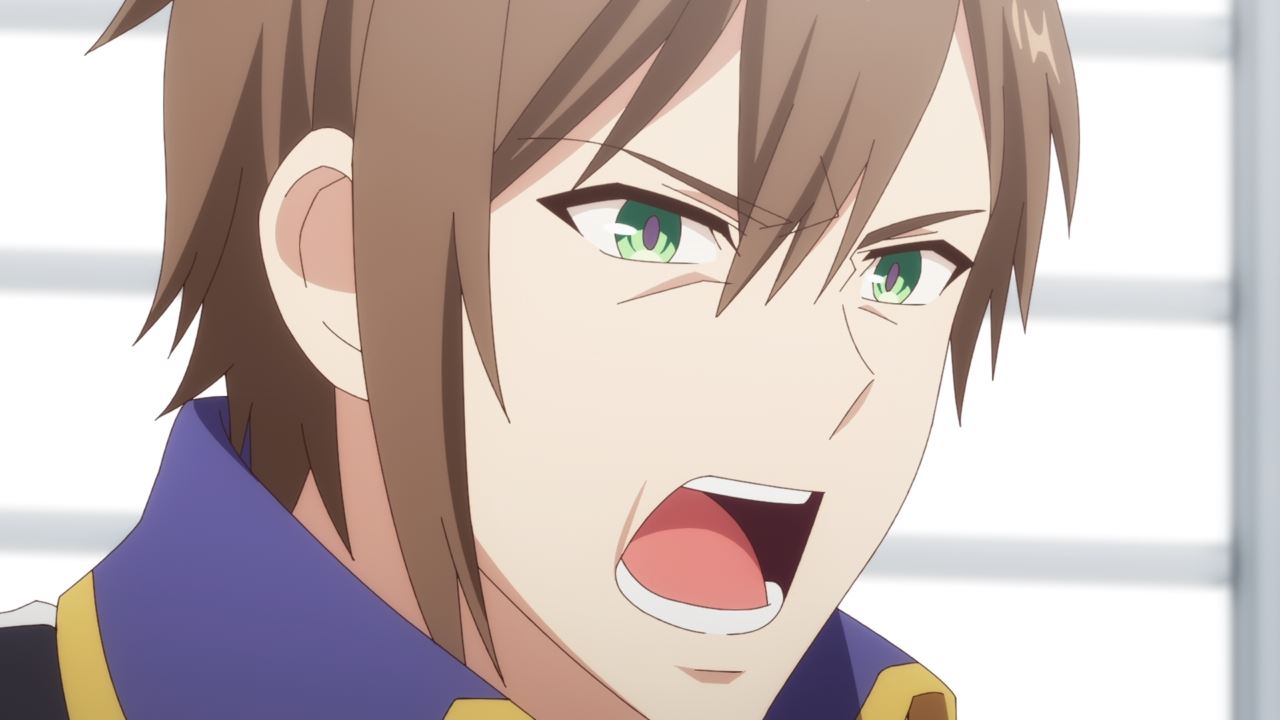 Well everyone, here’s Prince Julius Amidonia where he’s really angry regarding the exorbitant demands delivered from King Kazuya Souma. In exchange for returning the Amidonian capital of Van, Prince Julius must pay two years worth of war repatriations in Gran Chaos Empire currency.

For the crown prince, that’s too much as it’s impossible for his country to recover financially. But given that Gaius VIII, Julius, and their cronies used 50% of the annual budget towards the military, it’s a hard lesson for Amidonia where pouring money on the war effort at the expense of everything is terrible. 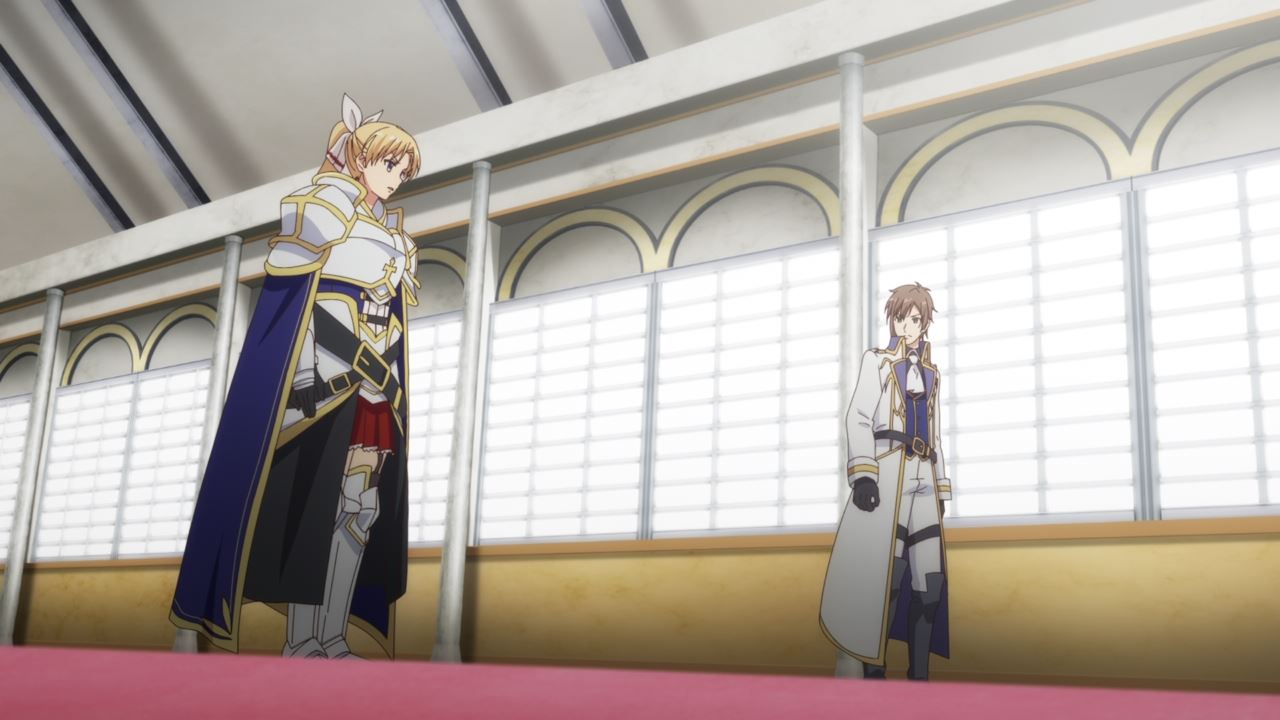 Of course, should Prince Julius Amidonia won’t accept those terms or even delay their payments, then the Gran Chaos Empire has no choice but to kick the principality out of the Mankind Declaration alliance, meaning that various countries such as the Kingdom of Elfrieden can invade Amidonia as the please.

It’s really ironic that Amidonia used their status of being part of the Mankind Declaration to invade Elfrieden, albeit they failed to capture a single piece of land from the kingdom. And now, the tables have been turned for the principality in which the likes of Turgis, Lunaria, and Zem can invade them should the Gran Chaos Empire kick Amidonia out of the alliance. 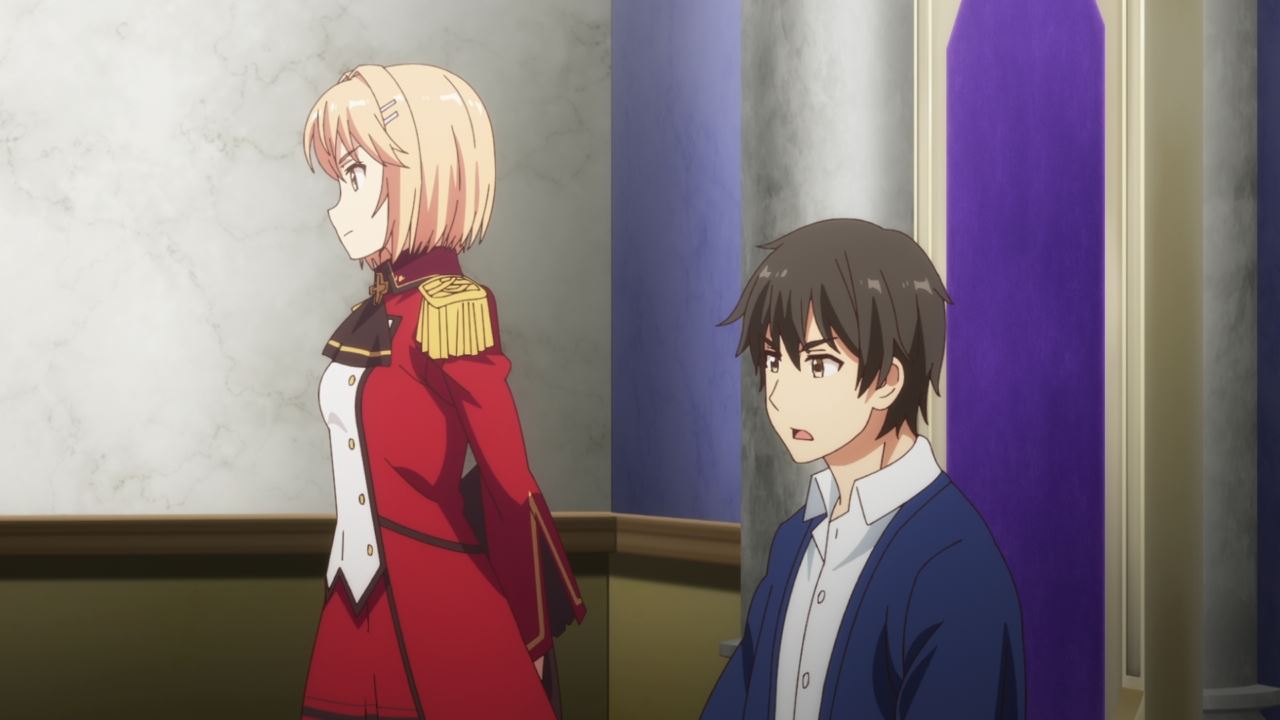 Oh yeah, here’s King Kazuya Souma where he has some additional demands where he wants to have a Gemstone and a bunch of books from Amidonia’s library as collateral. Oh, and he wants a list of corrupted nobles who conspired in the invasion of Elfrieden to be hand over to them in exchange for the prisoners of war who got captured by the kingdom’s forces.

While Prince Julius is okay selling off those books and his cronies but the Gemstone, he won’t let the king have it. Unfortunately, Julius’ hands are really tied where his country will lose for sure if he didn’t agree to the king’s demands. 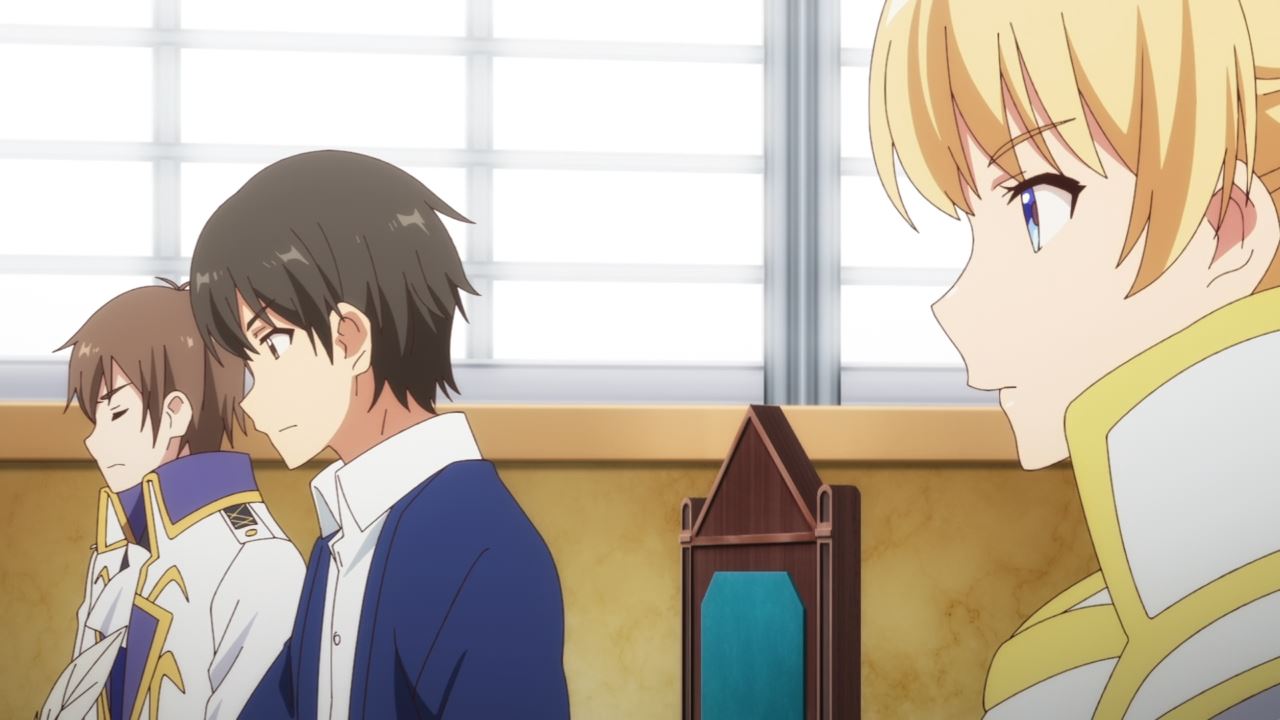 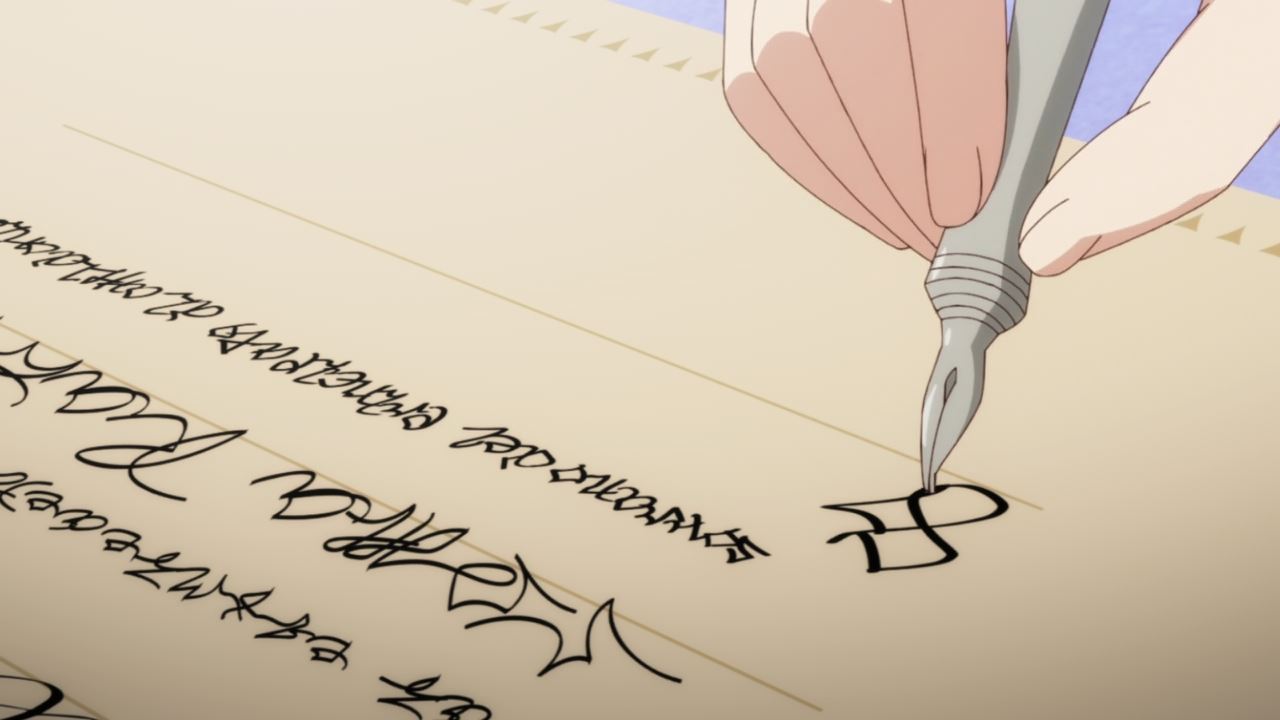 Anyways, looks like Prince Julius has no choice but to give into King Kazuya’s demands as they sign the memorandum of agreement.

Honestly, I think the crown prince is the loser on this one where even though he got his capital back, Amidonia will suffer financial hardships as the country is forced to pay repatriations. 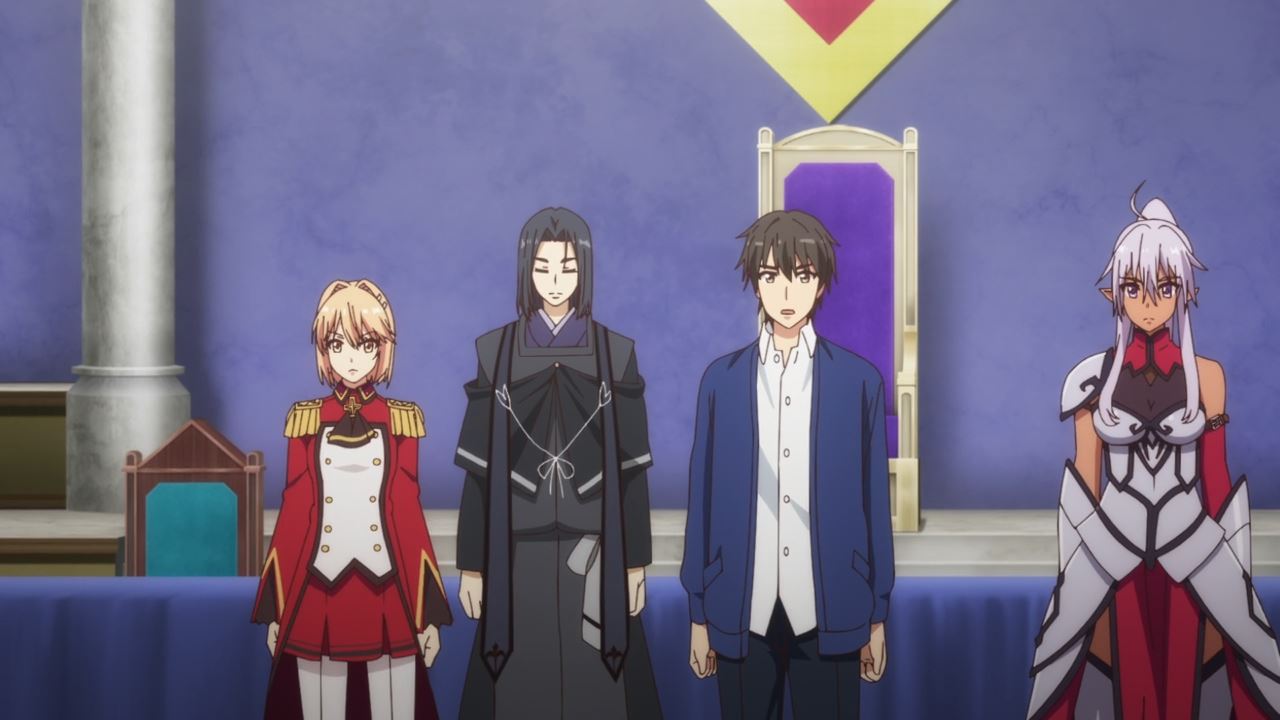 What this means it that Kazuya Souma, despite the odds stacked against him when ruling Elfrieden, managed to repel the invaders, capture Van once Gaius VIII is killed in battle, and purge corrupted nobles and other opportunists who wanted to destabilize both countries for their own personal gains. He’s truly a believer of Machiavelli’s teachings. 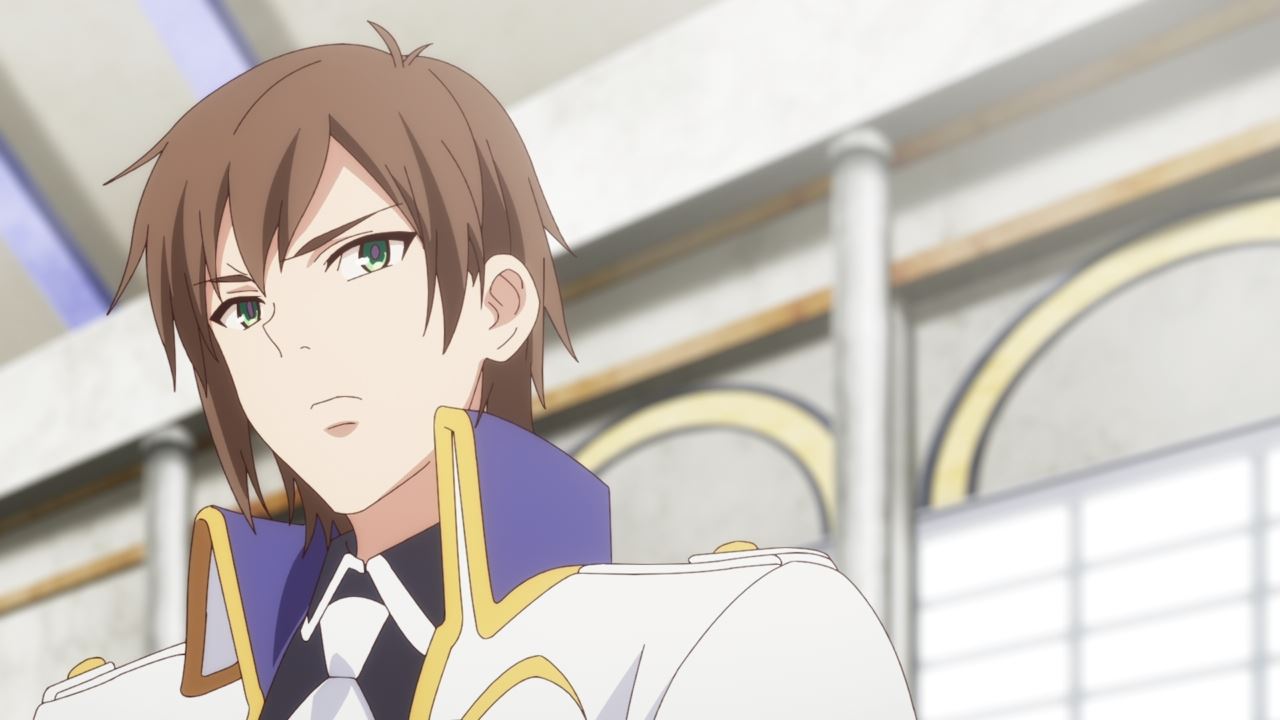 But for Prince Julius, he won’t listen to King Kazuya’s warnings as it’s a complete waste of time. Sadly for him, that would bite him in the ass later as his rule will be undermined by opportunistic bastards and disgruntled citizens. 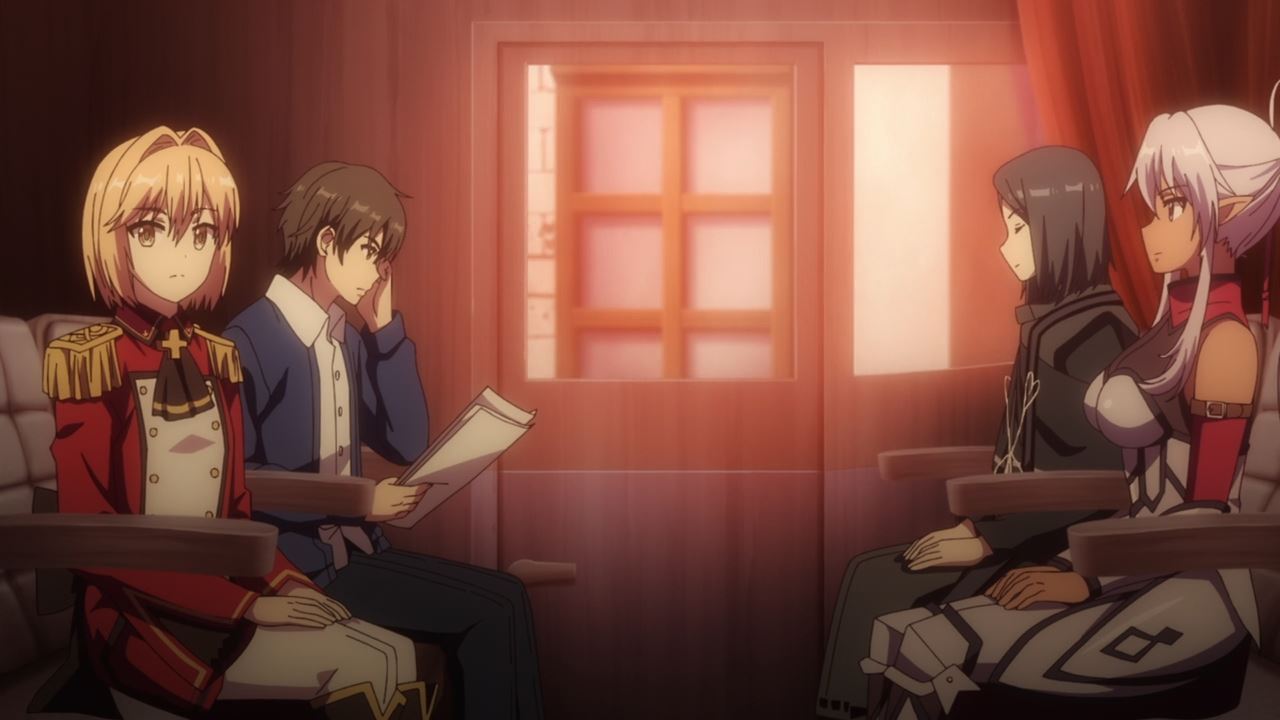 Anyways, it’s time for King Kazuya Souma and his allies to leave Van and return to their kingdom.

While Kazuya gave them the freedom to express themselves, the people of Amidonia are worried that the future of their country is uncertain. 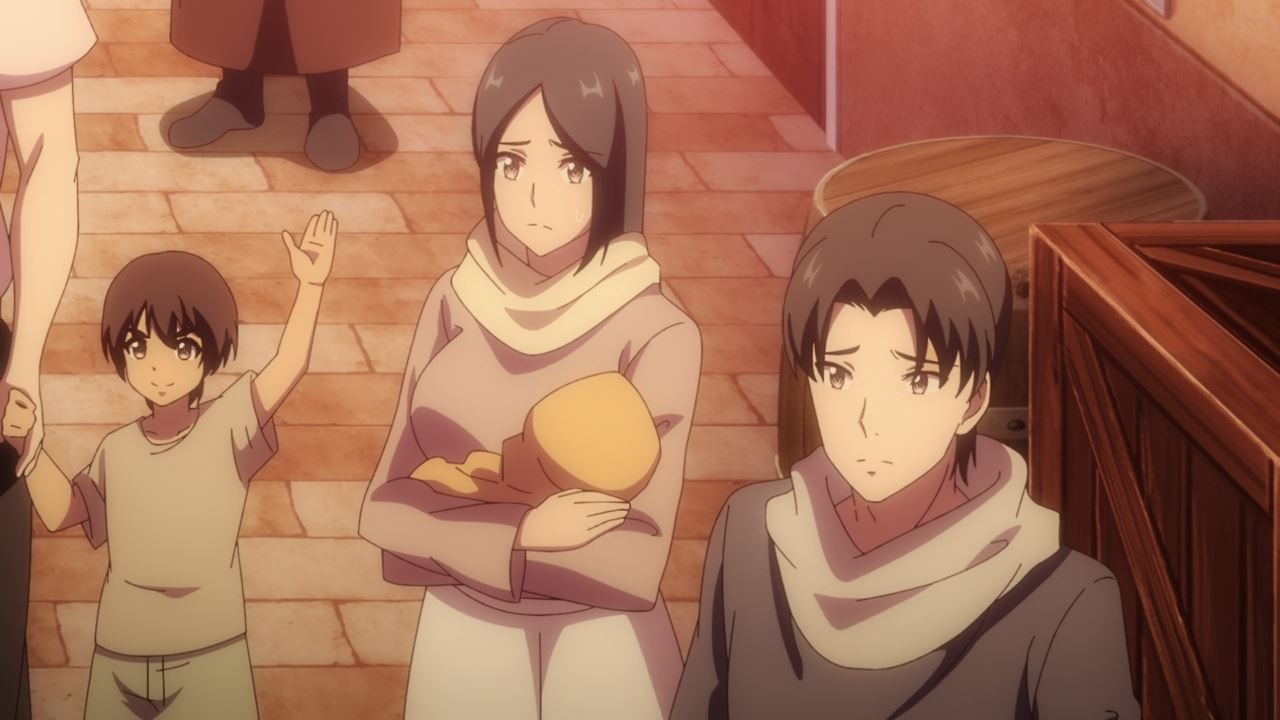 I mean, they feared that Prince Julius Amidonia will stop them from expressing themselves and forced to return to their old ways. With that said, the crown prince got his capital but Amidonia might collapse under his reign soon enough. 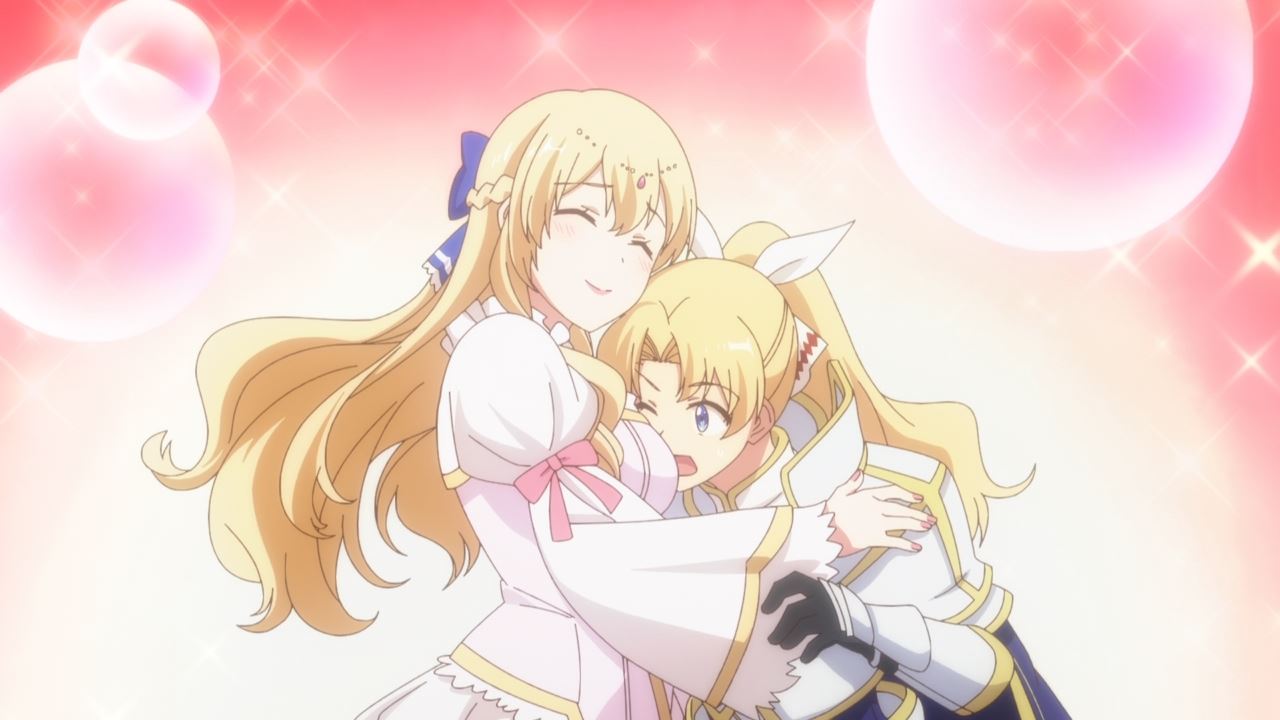 Now then, here’s Jeanne Euphoria where she finally returned to her homeland as the ambassador is greeted by Maria, her older sister.

While it’s cute that Maria is pampering Jeanne after a lengthy discussion with King Kazuya, including a secret alliance between the Gran Chaos Empire and the Kingdom of Elfrieden, the only thing on Jeanne’s mind is Prince Julius’ next move. 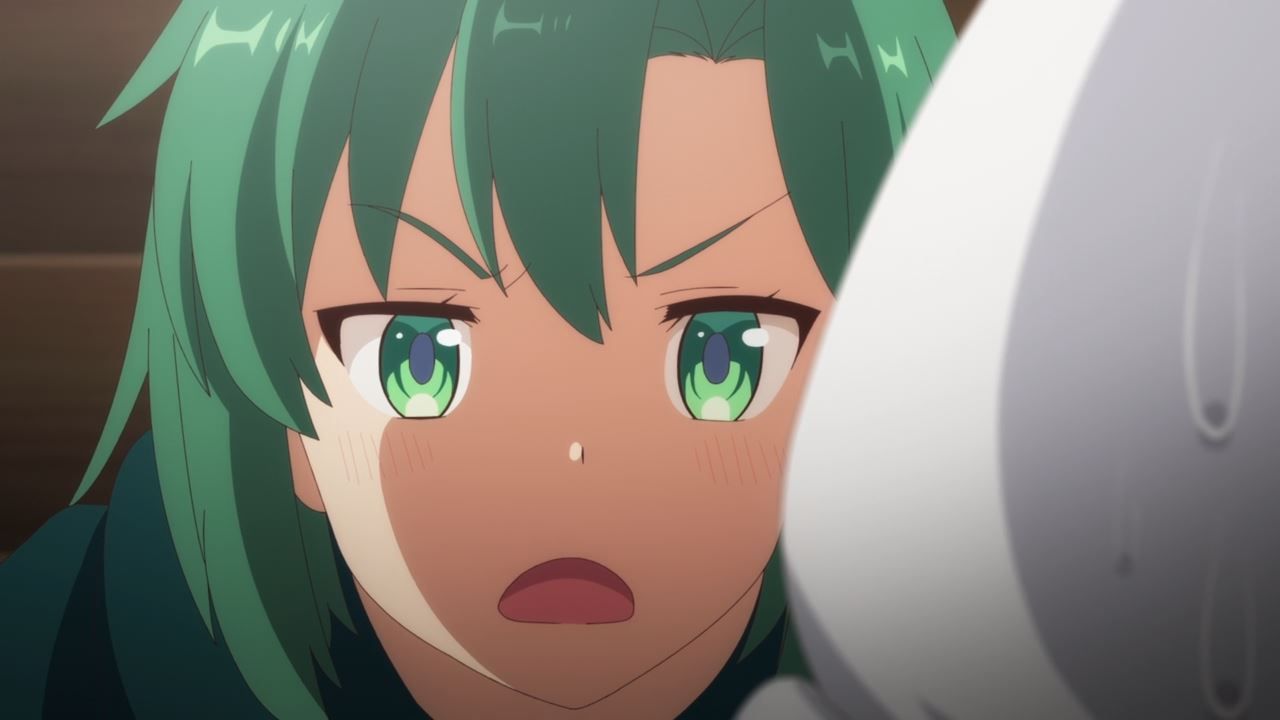 One last thing, it’s time for a celebration after a long battle against the Principality of Amidonia. Here, we have Yuno where she offered a glass of beer to Kazuya’s puppet bodyguard or should I say the Mascot of the party. 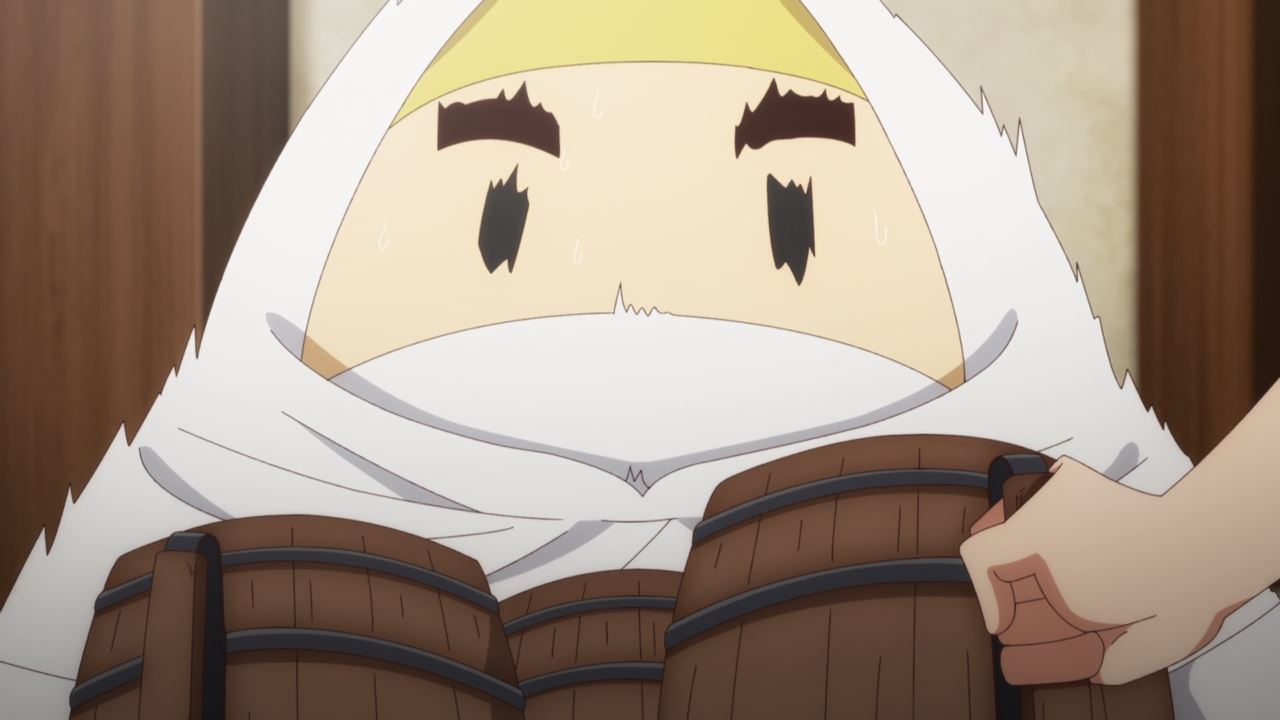 Then again, Mascot doesn’t drink alcohol because c’mon, it’s a puppet after all. Oh, and it turns out that Kazuya Souma is secretly inside the puppet as he wants to socialize with his soldiers.

But that’s the end of this episode where peace has somewhat restored in Elfrieden for the time being. Of course, I’m really worried that another war will commence in the future, so I’m looking forward to the next chapter.