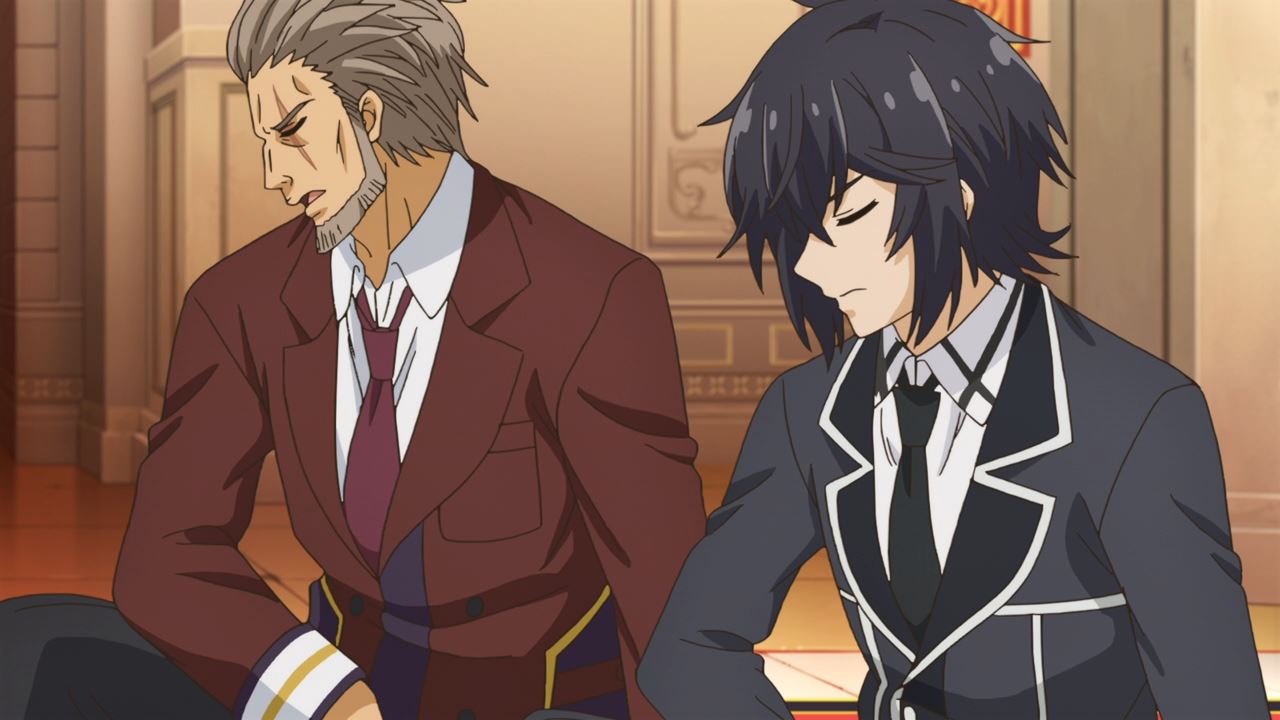 Well everyone, I’m back for this show where Mathias Hildesheimer was joined by his teacher Eduard for a special summon by the King of Eis. I guess the king wants to award Matty for slaying the demon from the first episode. 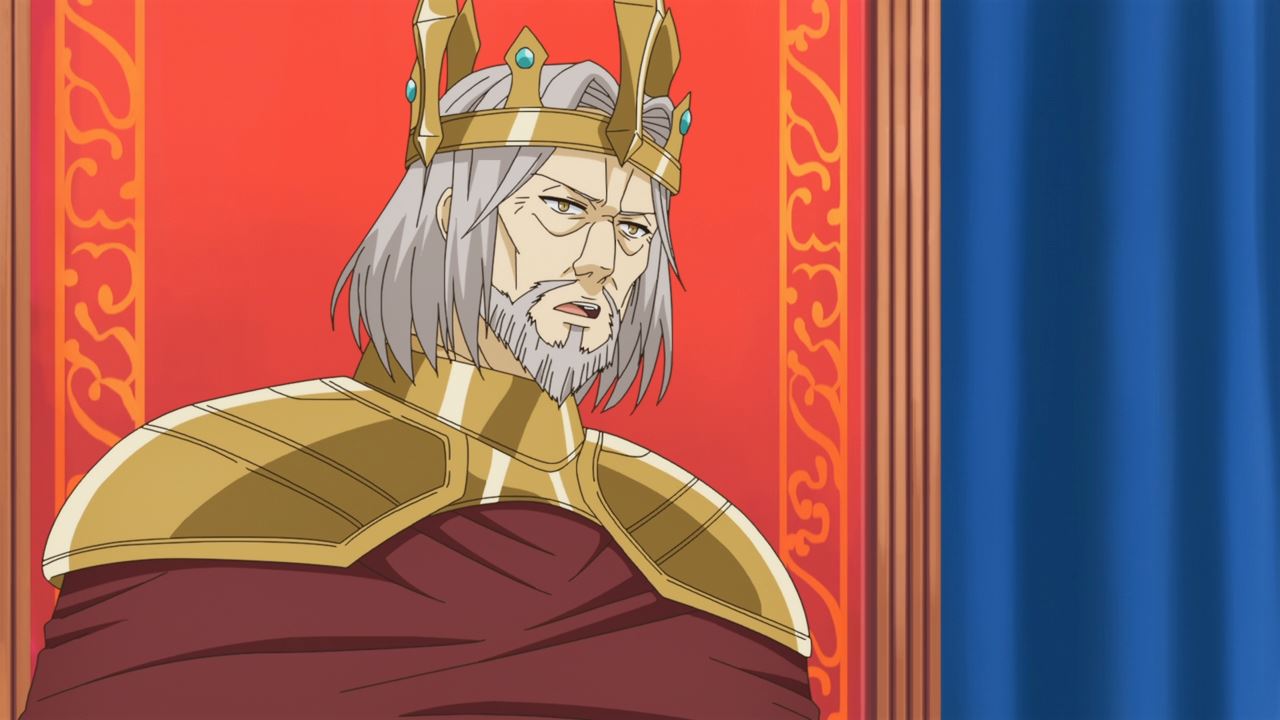 But here’s the King of Eis where he’ll give Mathias Hildesheimer a fitting reward, be it a plot of land or the princess. However, Matty wants to have all the dungeons across the land as they’re very valuable on finding magistones and other powerful artifacts.

Speaking of Mathias, he warned the king that in 3 months time, the demons will invade the Kingdome of Eis as they think that the humans are weak enough to be killed or enslaved. Therefore, he came up with a plan on creating a powerful barrier across the country, but Matty need a divine-class artifact to make one.

Seriously, why would Matty decided to create a barrier where he should pour his time and energy taking out those demons inside the country, and then teach everyone some wordless spells and combat skills? C’mon, he was once the most powerful sage in history after all! 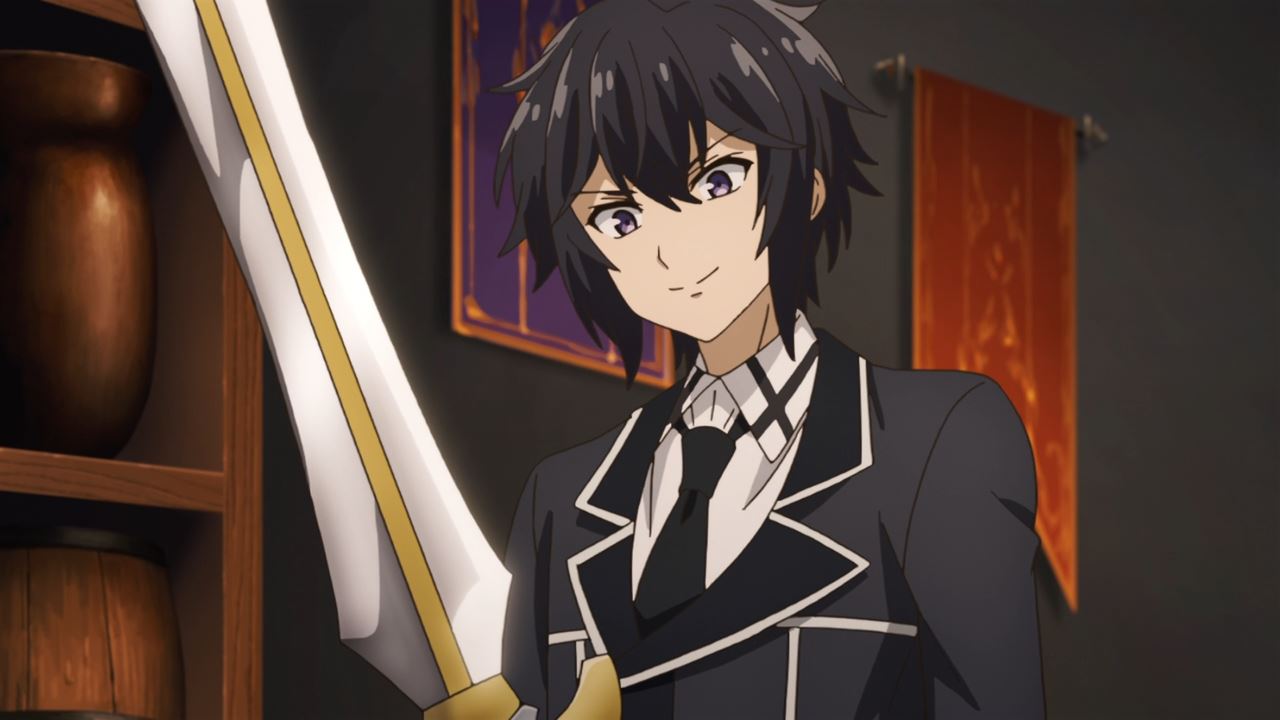 Anyways, here’s Matty where he managed to acquire his old trusty sword belonged to his previous life, Gaius. Not only that, but he also acquired a pendant where it increases the experience points gained upon defeating monsters. 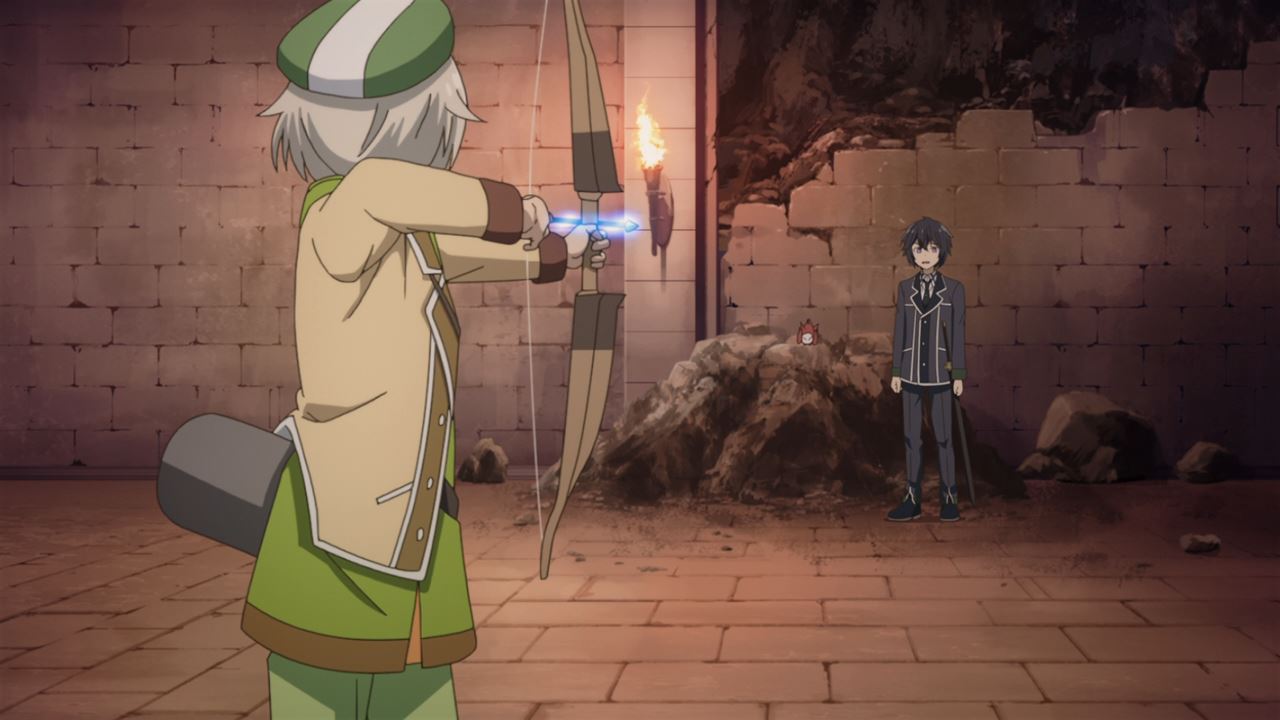 Now then, it’s time to venture into one of the dungeons but before they fight monsters, Matty must teach some advanced magic to both Lurie Arvento Roth and Alma Repsius where he wants his friends to keep up with him when fighting demons. 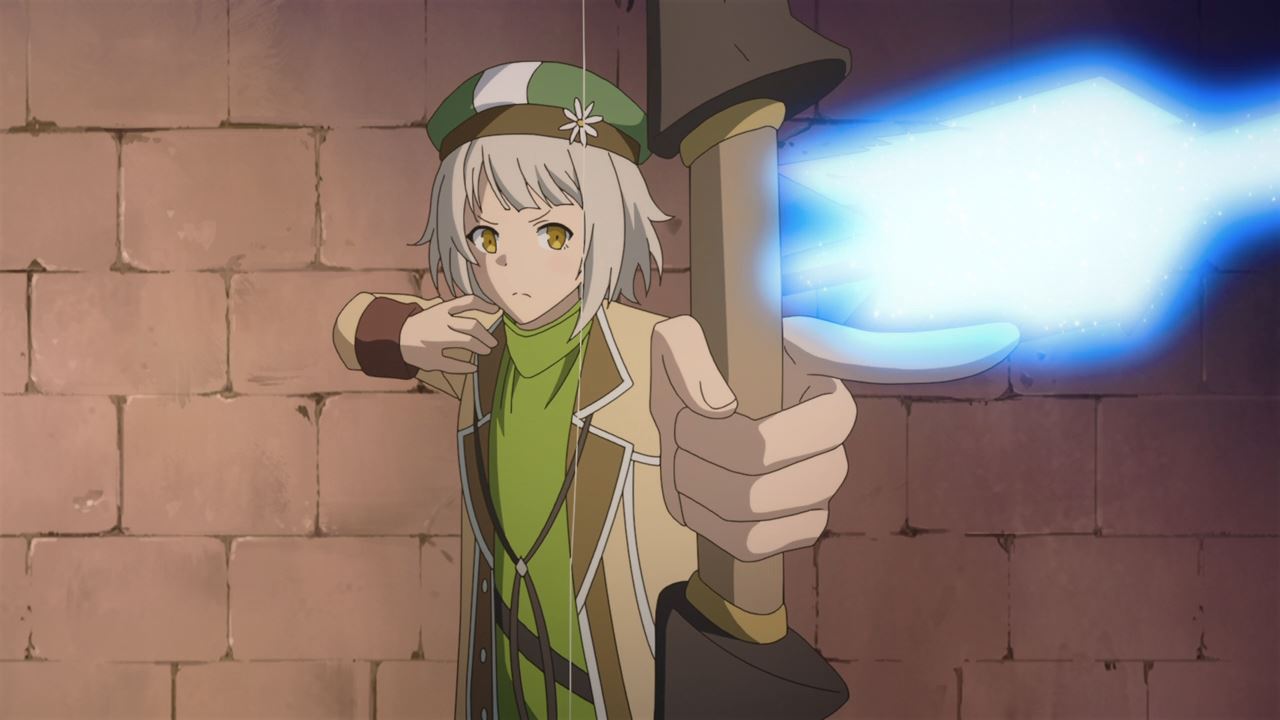 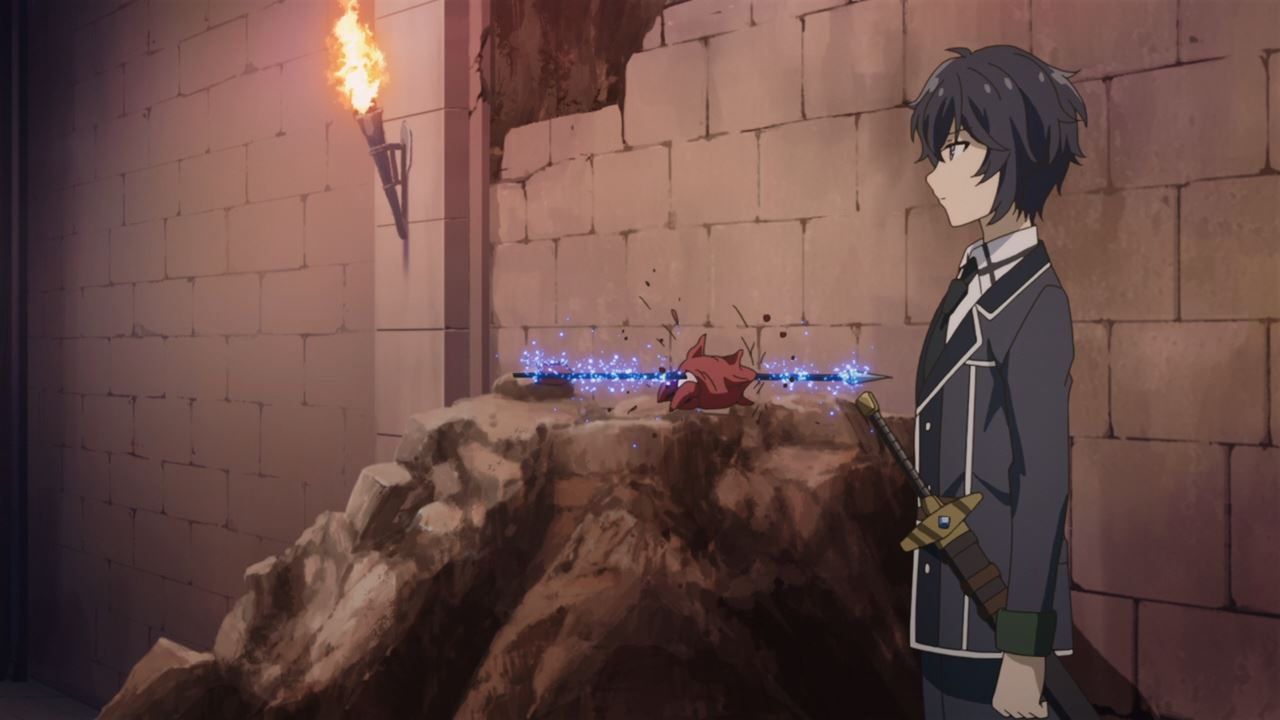 Anyways, let’s start with Alma where she learned how to enchant arrows with magic. As you can see, her arrows have become powerful as it can kill monsters with ease.

Of course, Alma Repsius can enchant arrows that inflict status ailments like stun, slowdown, or even poison. But yeah, she’ll be responsible for harassing or even slow enemies until they become easy targets for both Lurie and Matty. 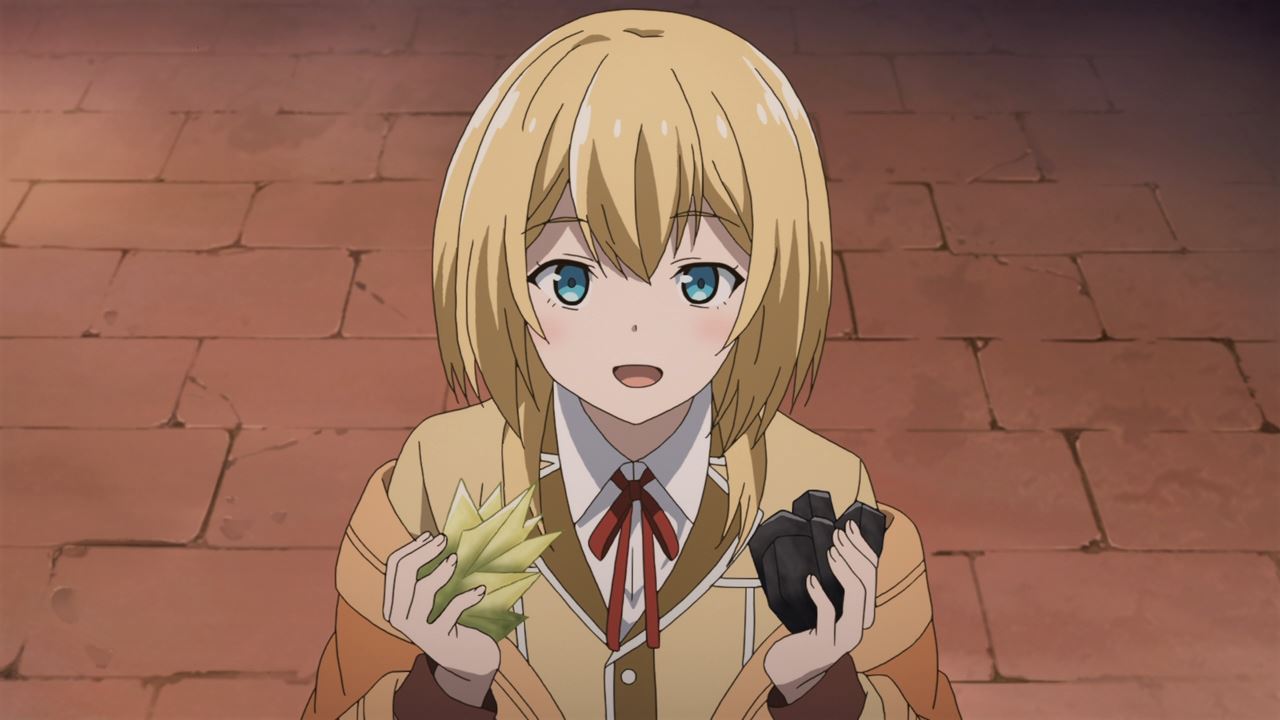 Speaking of Lurie Arvento Roth, looks like she learned how to refine metals like iron and mithril thanks to Mathias’ teachings. 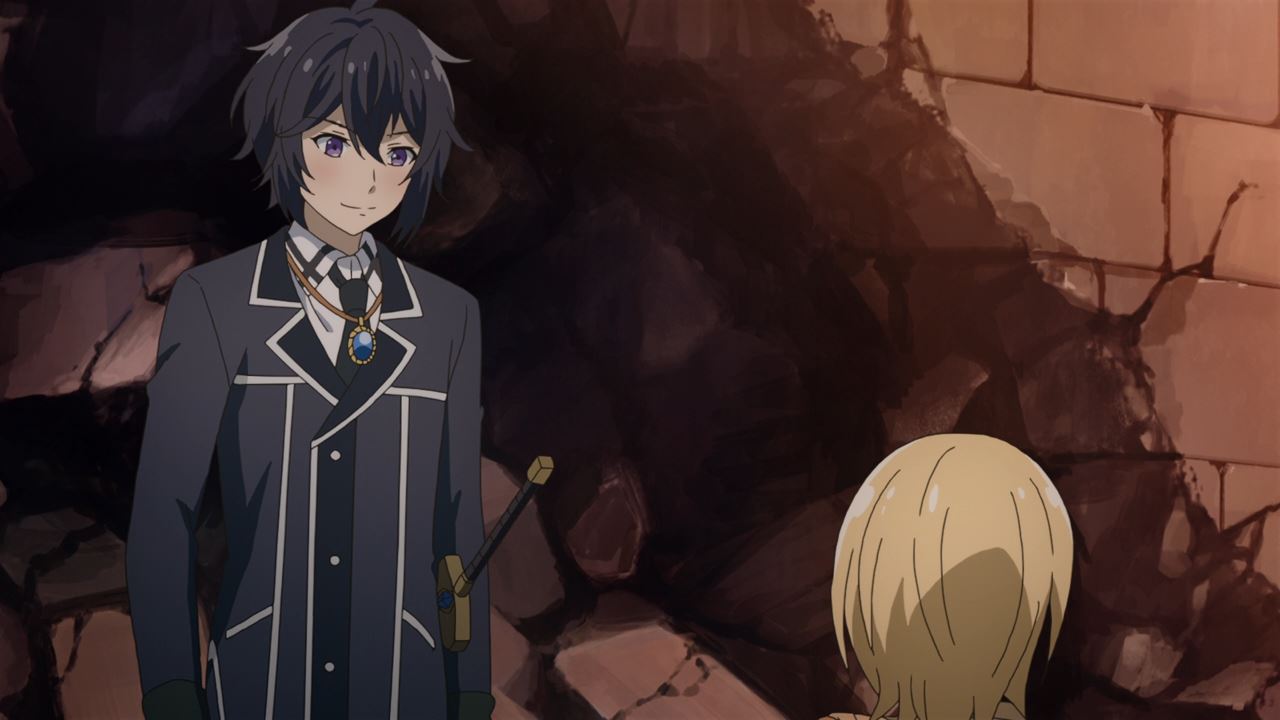 Seriously, ever since Gaius reincarnated into a boy possessing the Crest of Combat, he somewhat becoming a dork rather than a serious person whose task is to kill all demons. 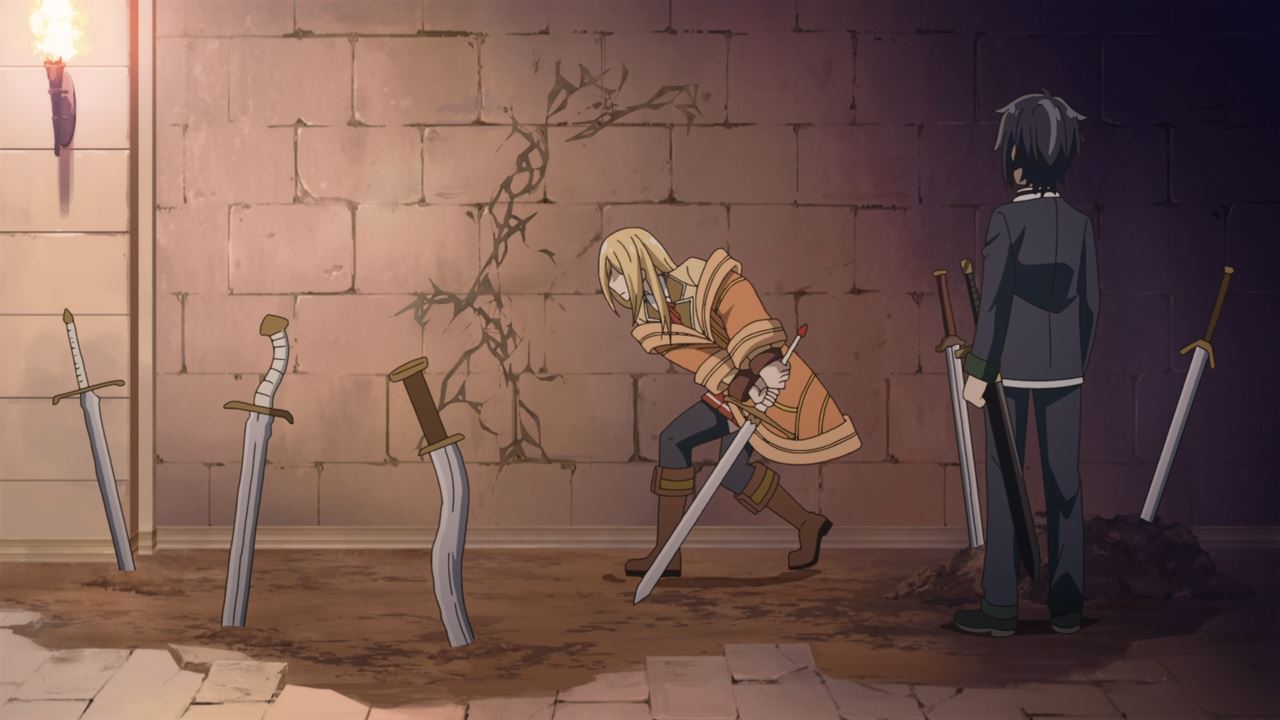 Anyways, Lurie Arvento Roth forged a magic sword that can destroy walls, using both iron and mithril clusters as raw materials while Mathias Hildesheimer helped her out on enchanting her sword.

And with that, looks like Lurie and Alma are ready to fight monsters inside the dungeon and gain some experience in preparation on slaying demons! 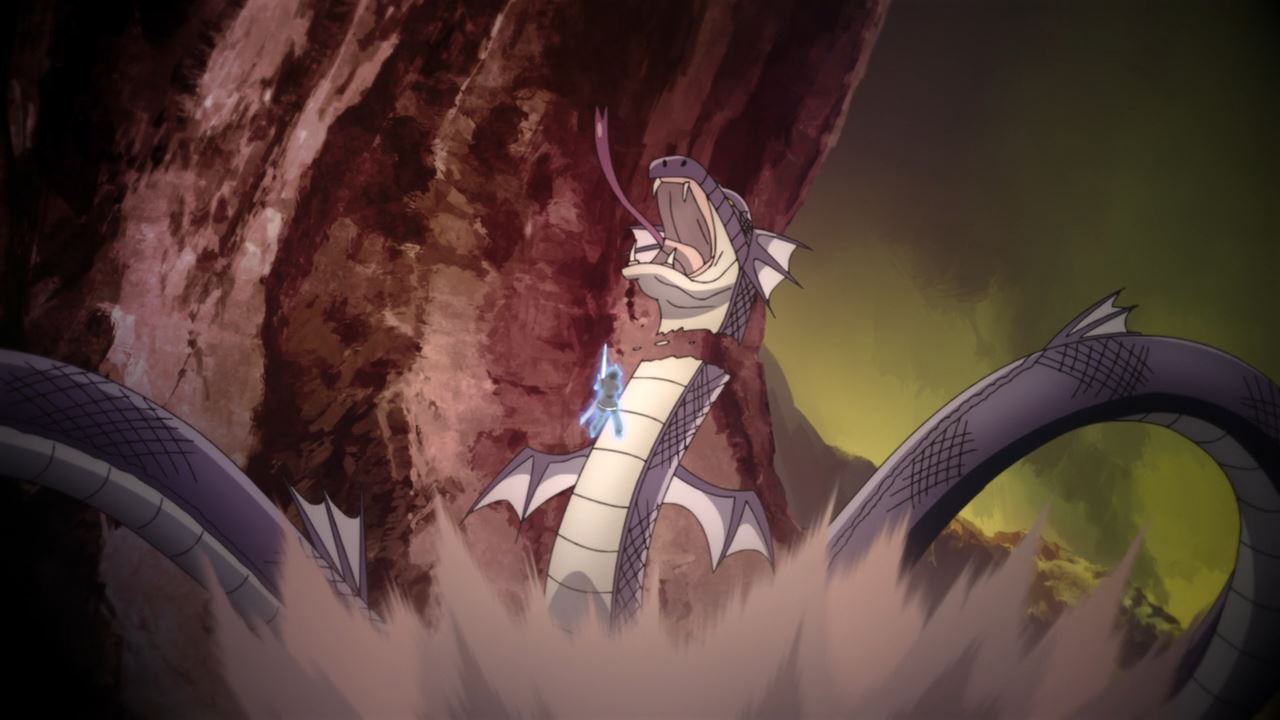 But when it comes to bosses, Matty will do the heavy lifting as he slay an Arc Serpent easily. Now that they’re done slaying monsters and getting some loot at the dungeon, it’s time to go home. 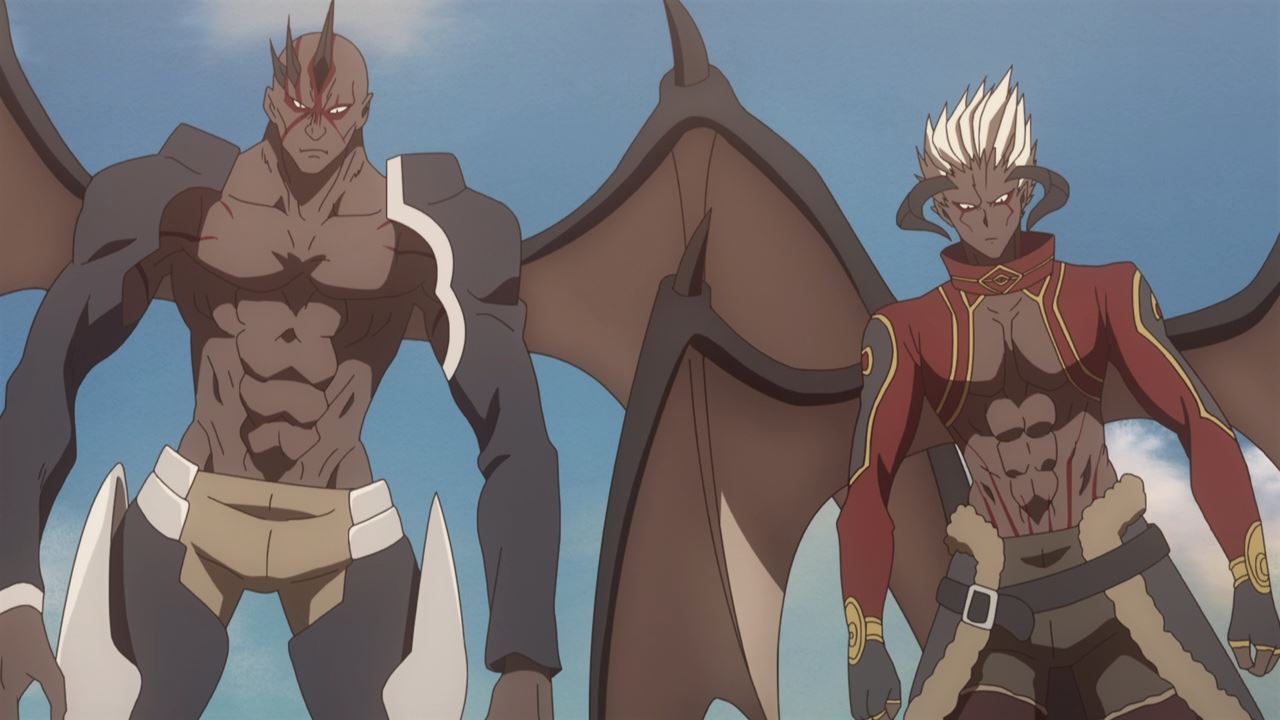 However, they need to fight these two demons named Deshril and Lord Ashril where they noticed Mathias’ magic power.

Little these demons know is that Mathias Hildesheimer is Gaius where he possesses the Crest of Combat. 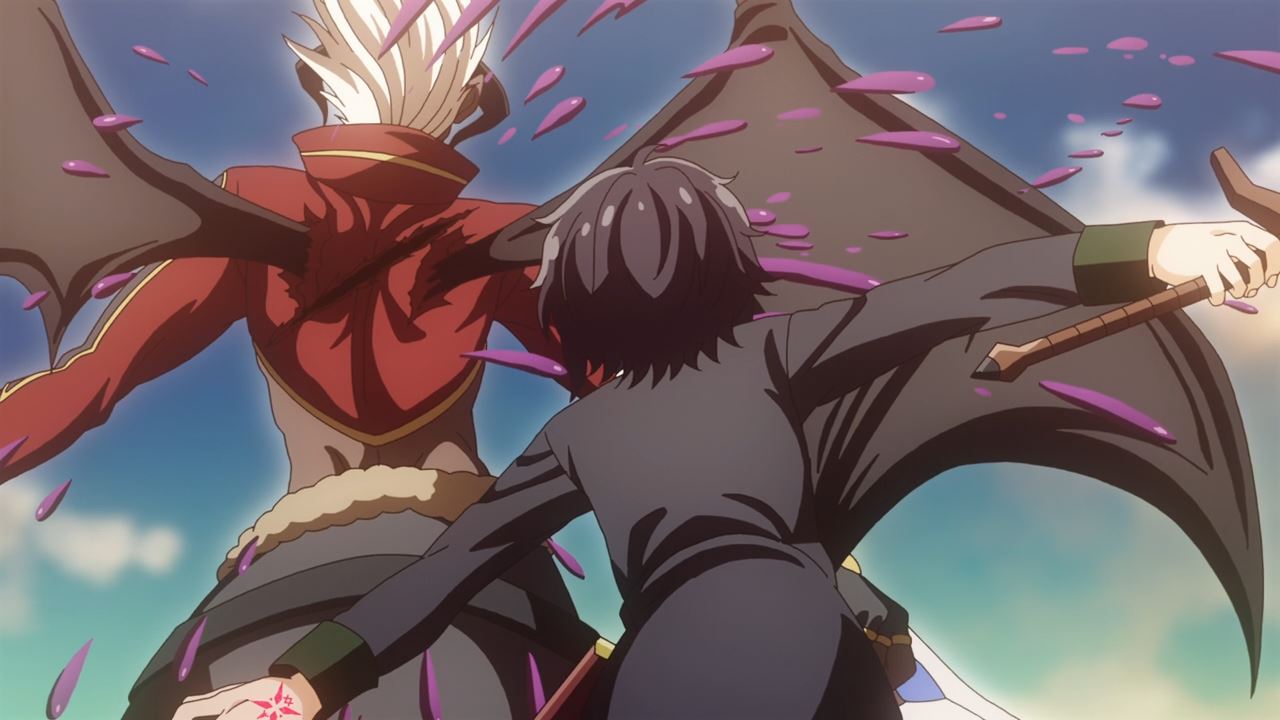 Anyways, it’s gonna be a total beatdown by Matty where he destroyed Lord Ashril easily. C’mon, he’s not only the most powerful magician, but Mathias is a competent swordsman. 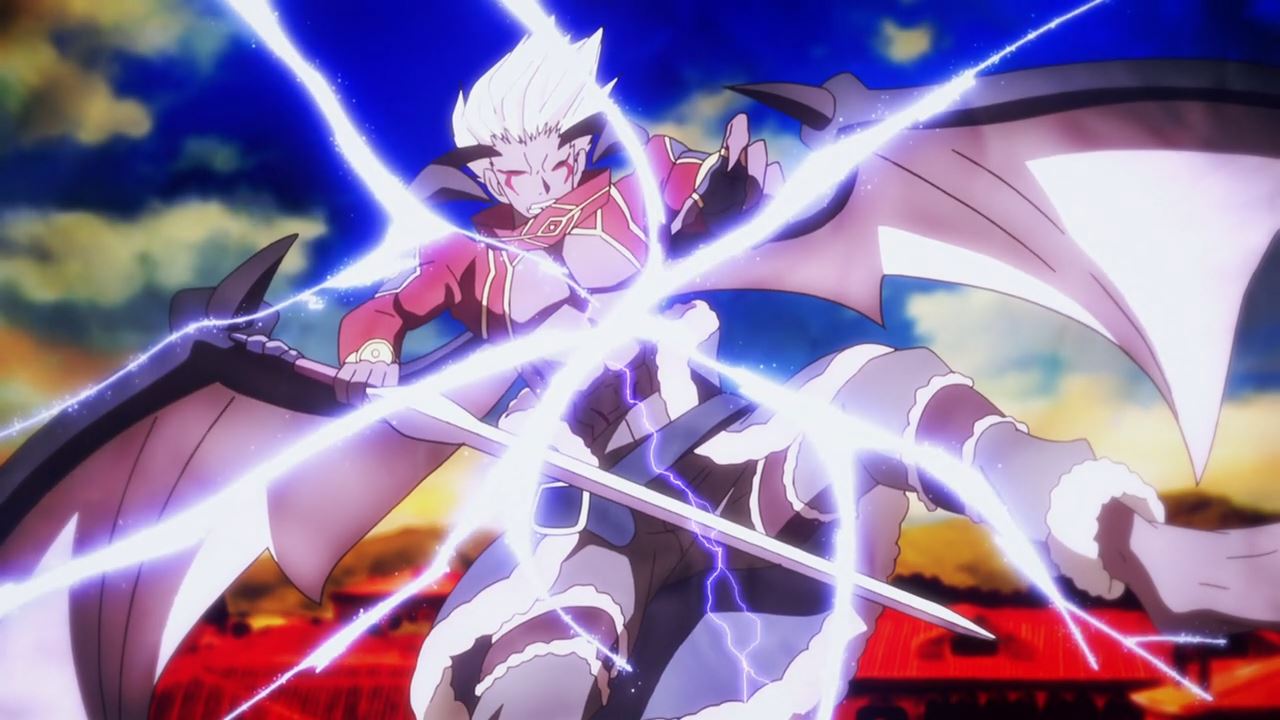 And to add more salt to Ashril’s wounds, Mathias used the demon’s magic against him. Well, that’s one demon down and he needs to deal with Ashril’s right-hand man. 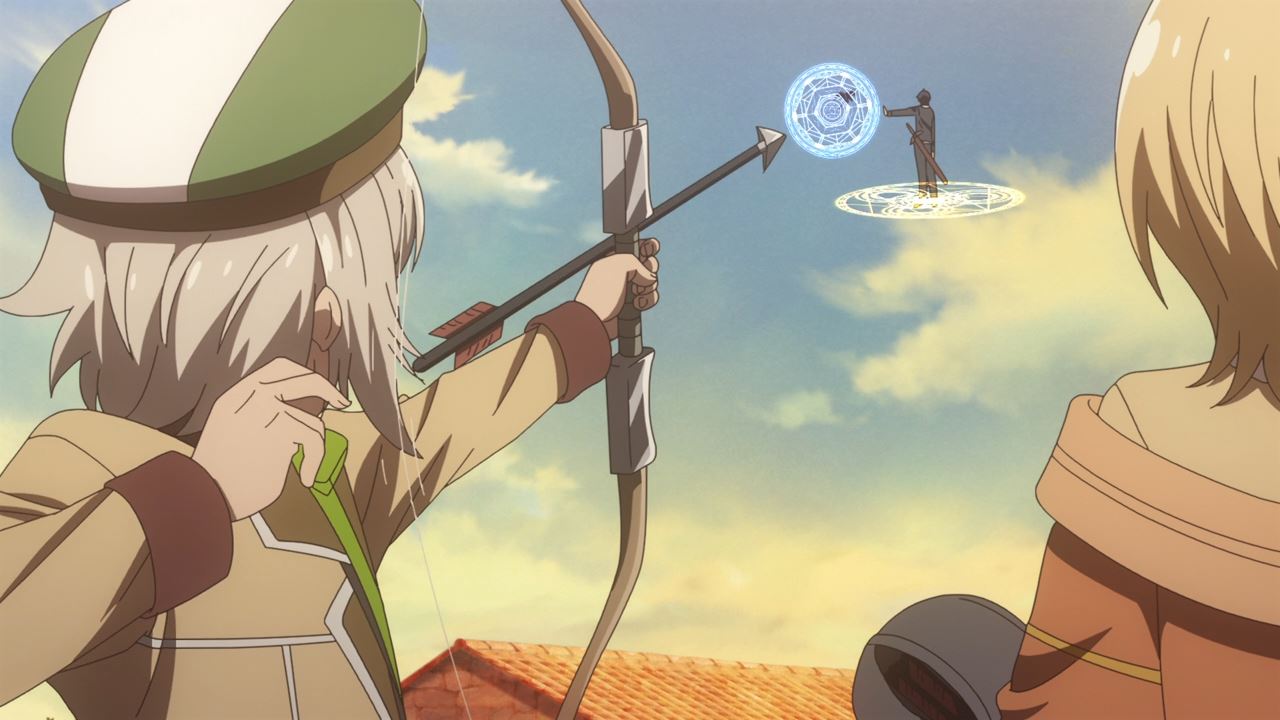 Fortunately, Alma Repsius will finish Deshril off by shooting the demon with an enchanted arrow. Of course, it’s not enough to kill Deshril so Mathias applied more enchantment for good measure. 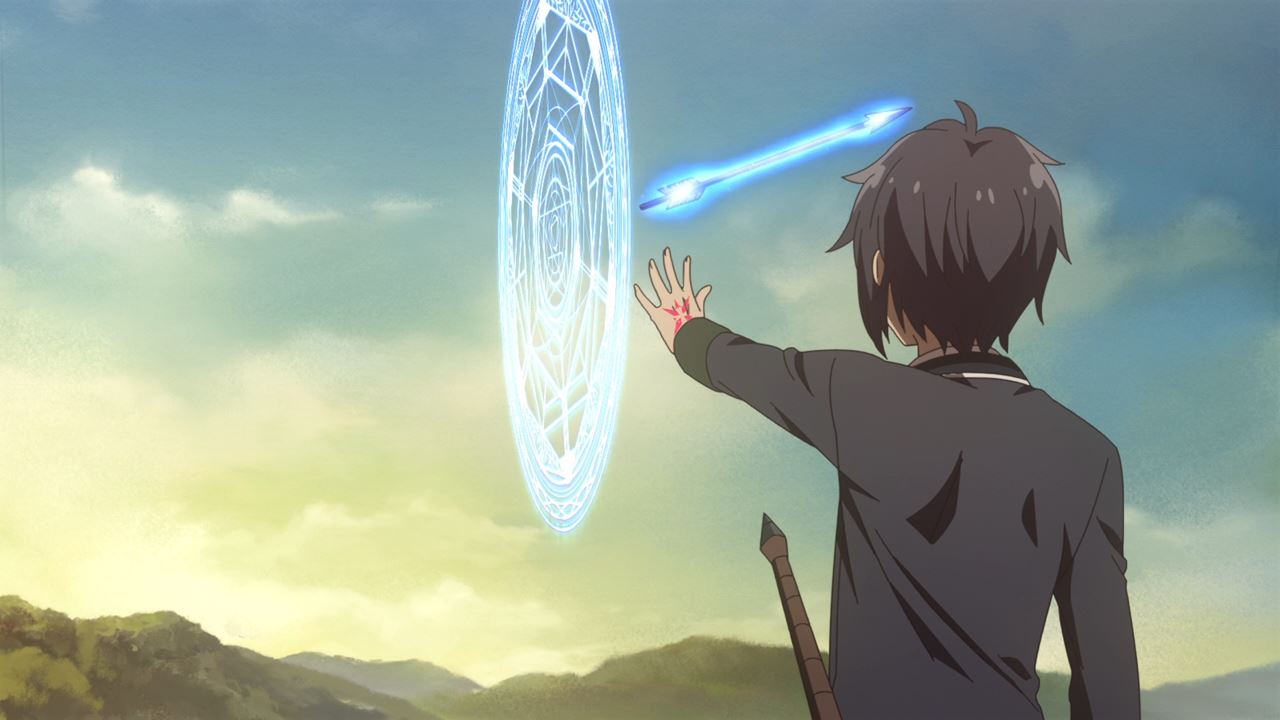 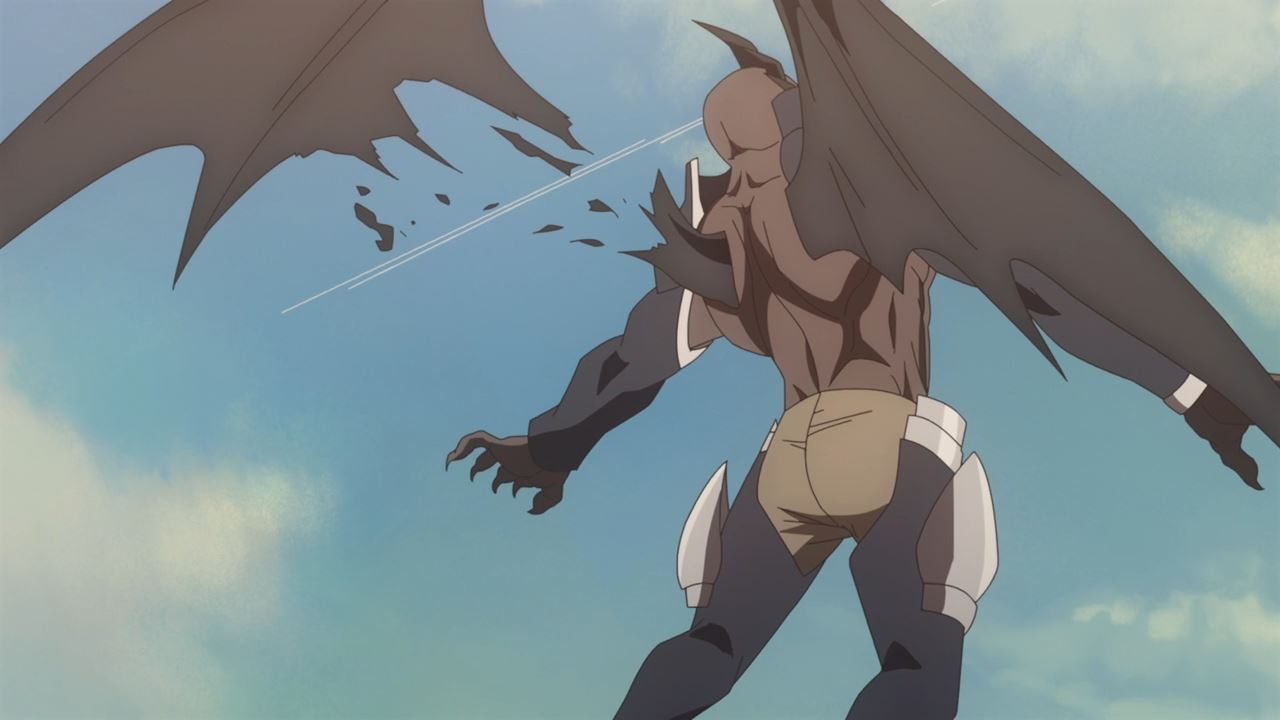 But anyways, both Lord Ashril and Deshril are finally defeated thanks to Matty and his friends. Of course, there are more demons lurking around the kingdom. 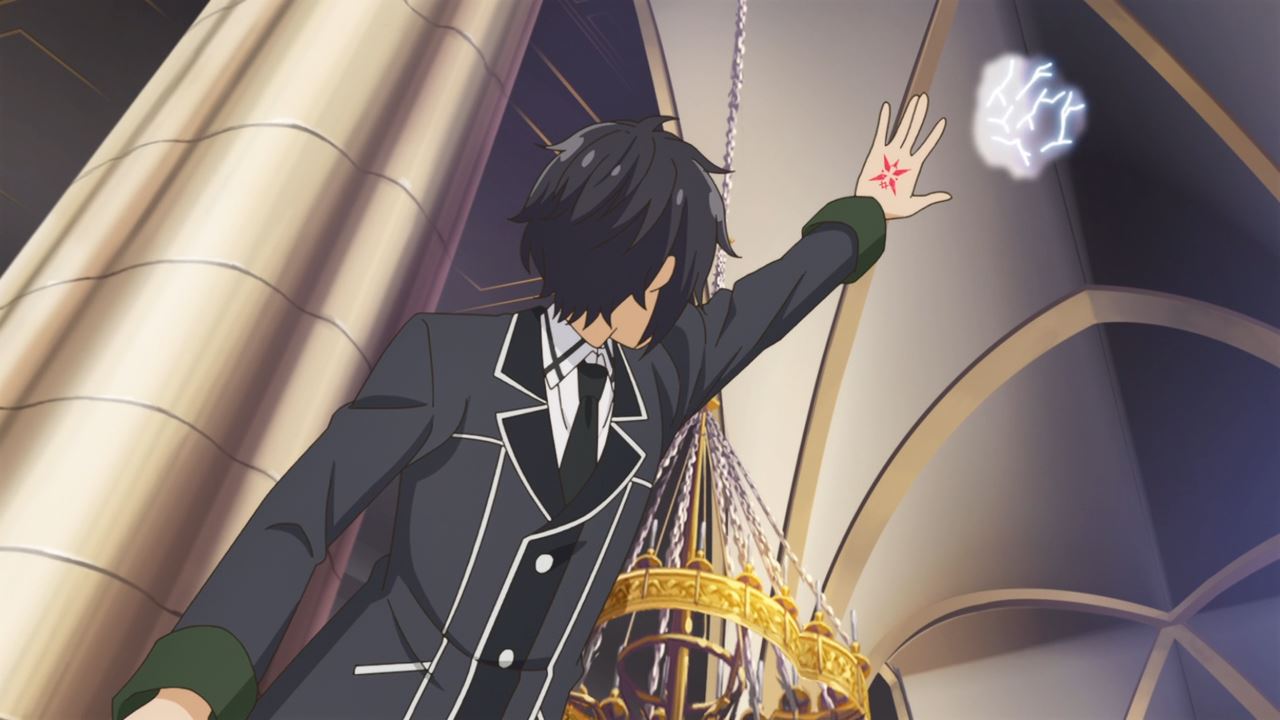 And one of them is eavesdropping the king’s conversation with Mathias as the reincarnated sage destroyed the device.

By the way, do you want to know who’s the name of the demon that’s spying on the Kingdom of Eis? 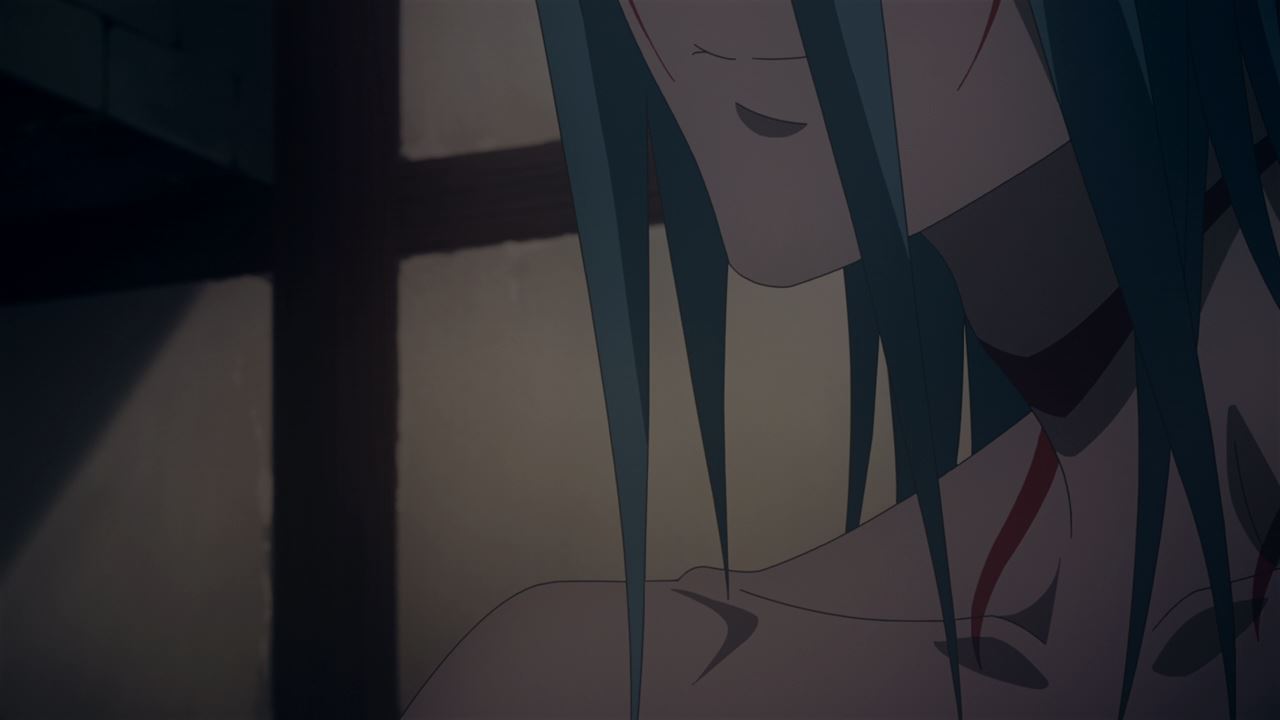 Why it’s none other than Erhard where he disguised himself as the Captain of the Mages’ Order.

Now, he would have succeeded on making those humans weaker by changing the fundamentals of magic, but Mathias figure it out his bullshit plans as the reincarnated sage is gonna take Erhard’s head.

Sadly, Erhard is hiding at an abandoned village that’s pretty far from the Kingdom of Eis, therefore Matty and his friends will have to find a way to travel to the village faster. 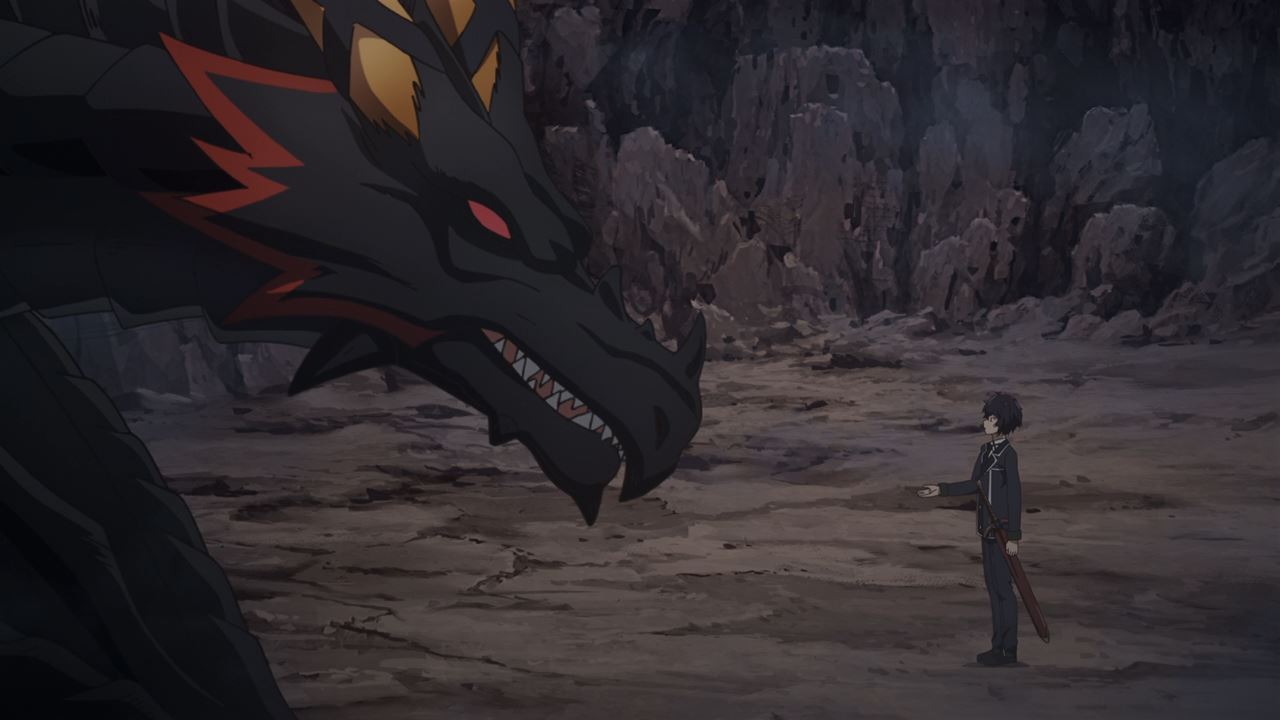 And that’s by taming this black dragon where Mathias has the ability to communicate them.

Now then, it turns out that Matty knows this black dragon named Iris where he it in his previous life. In fact, Gaius defeated Iris and made the dragon as his pet. 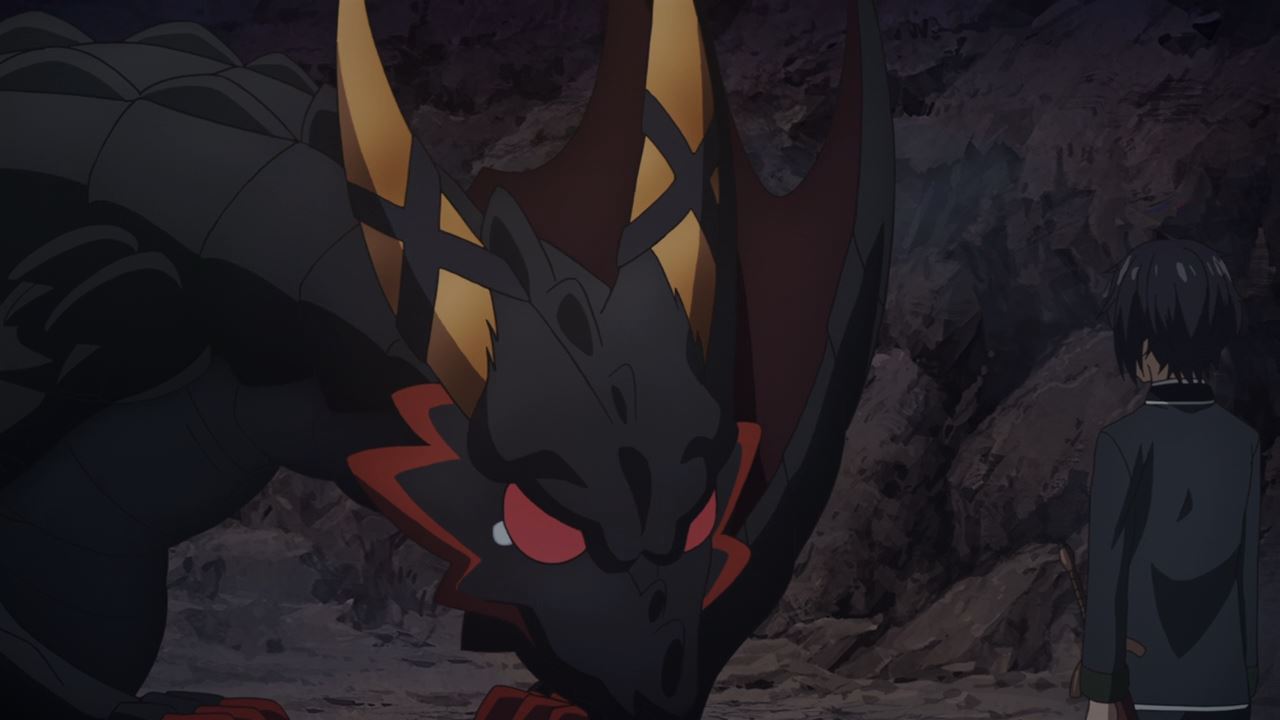 So when Iris learned that Mathias Hildesheimer is the famous sage Gaius, the black dragon trembled in fear as Iris apologized for threatening Matty.

Seriously though, this black dragon went from being menacing into a timid animal upon learning Mathias’ past. Of course, Matty won’t hurt Iris as he’s gonna heal the dragon’s wings right away. 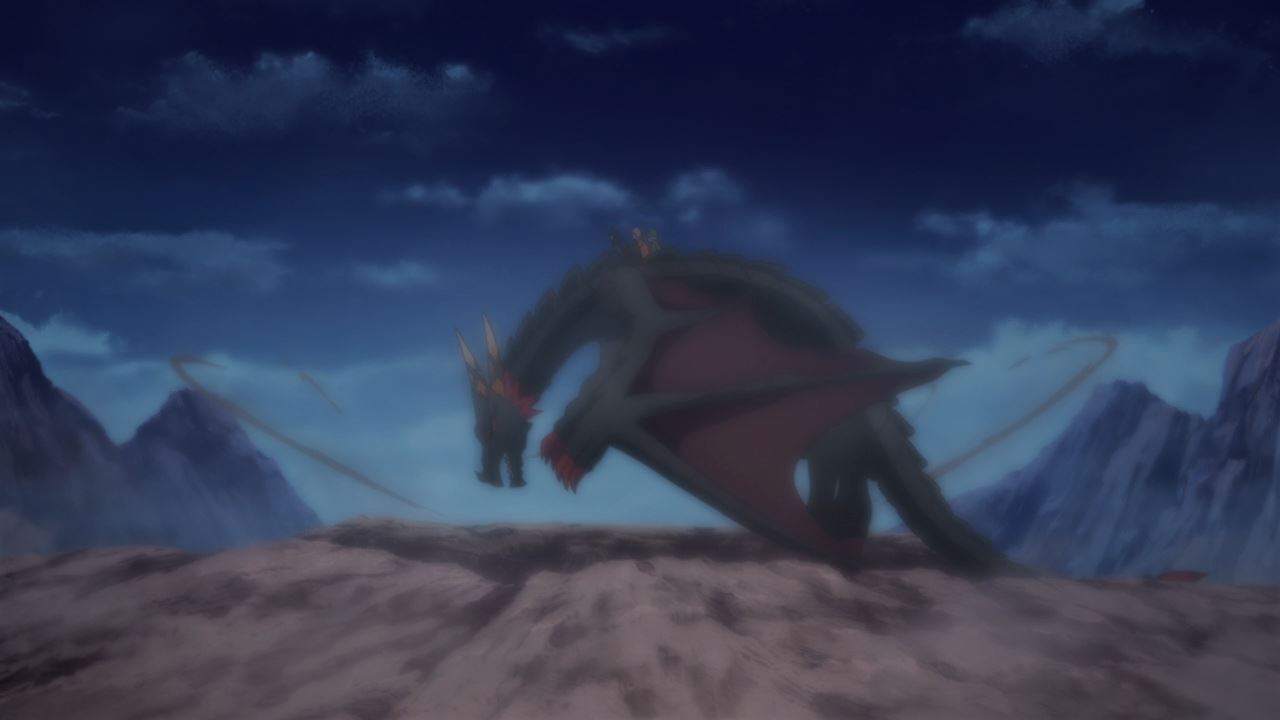 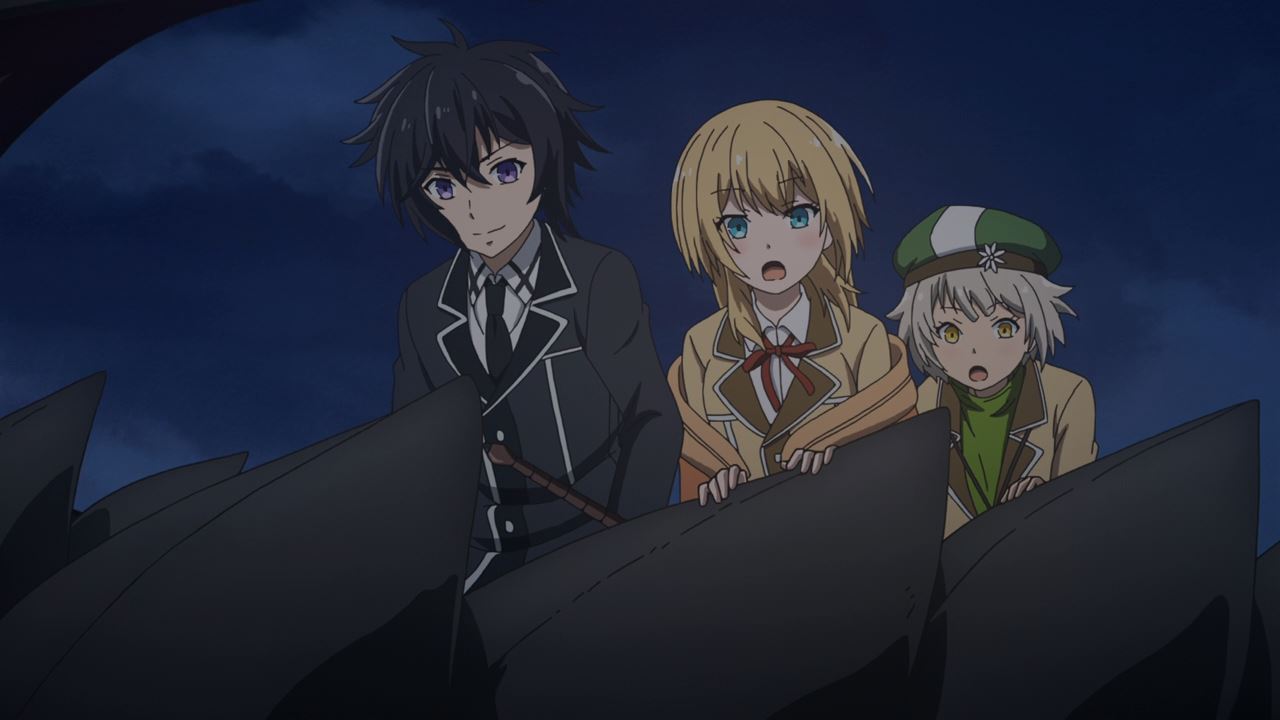 But yes, I’m gonna end this post right here as Mathias healed Iris’ wings and they’re about to travel to the abandoned village where Erhard hides there.

Anyways, that’s Episodes 2 and 3 in a nutshell where Matty is overpowered and a dork whenever he’s close to Lurie. I’ll see you next time where I don’t know when this show went off the rails.