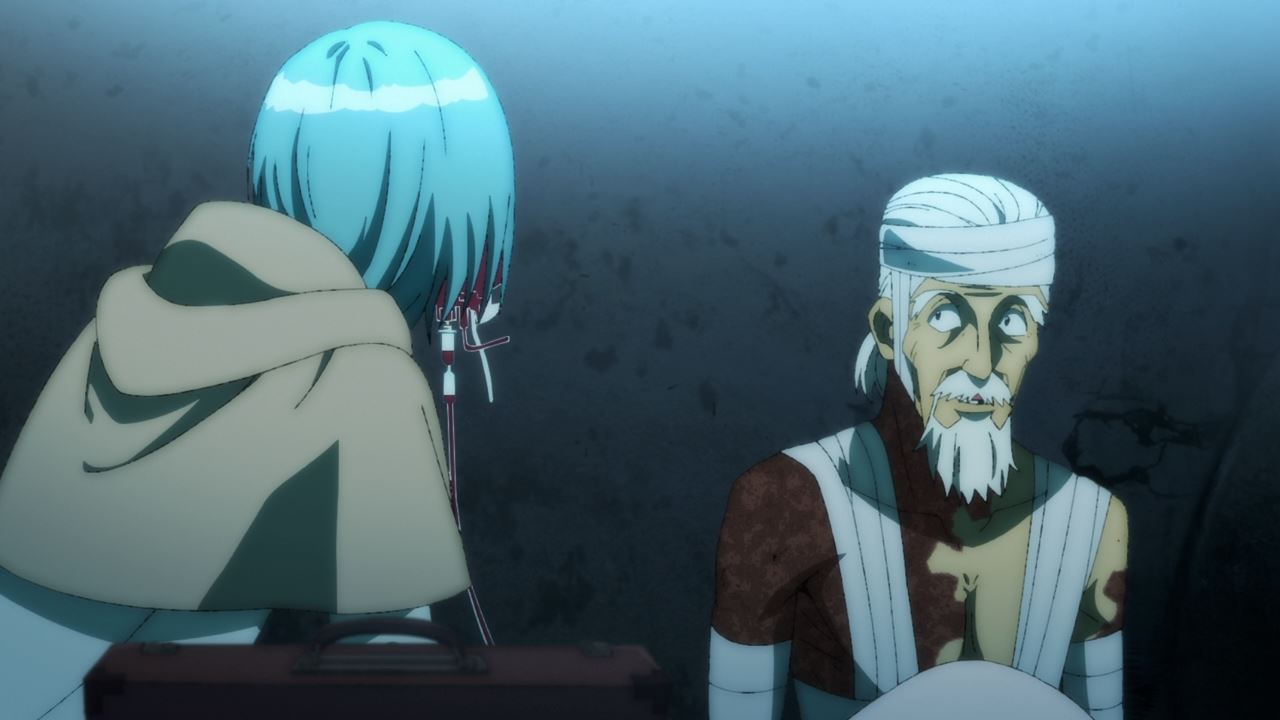 Well everyone, looks like Jabi has somewhat recovered from his gunshot wounds, but he’s still in danger of biting the dust as the rust is spreading across his body.

With that said, Jabi told Milo that he and Bisco are searching for the elusive mushroom called the Rust-Eater where it’s said to be located in the Weeping Child Ravine in Akita Prefecture. Unfortunately for Jabi, he might not live longer to see the Rust-Eater as he has a month to live. Oh c’mon Jabi, don’t give up just yet as your student Bisco wants to save your life! 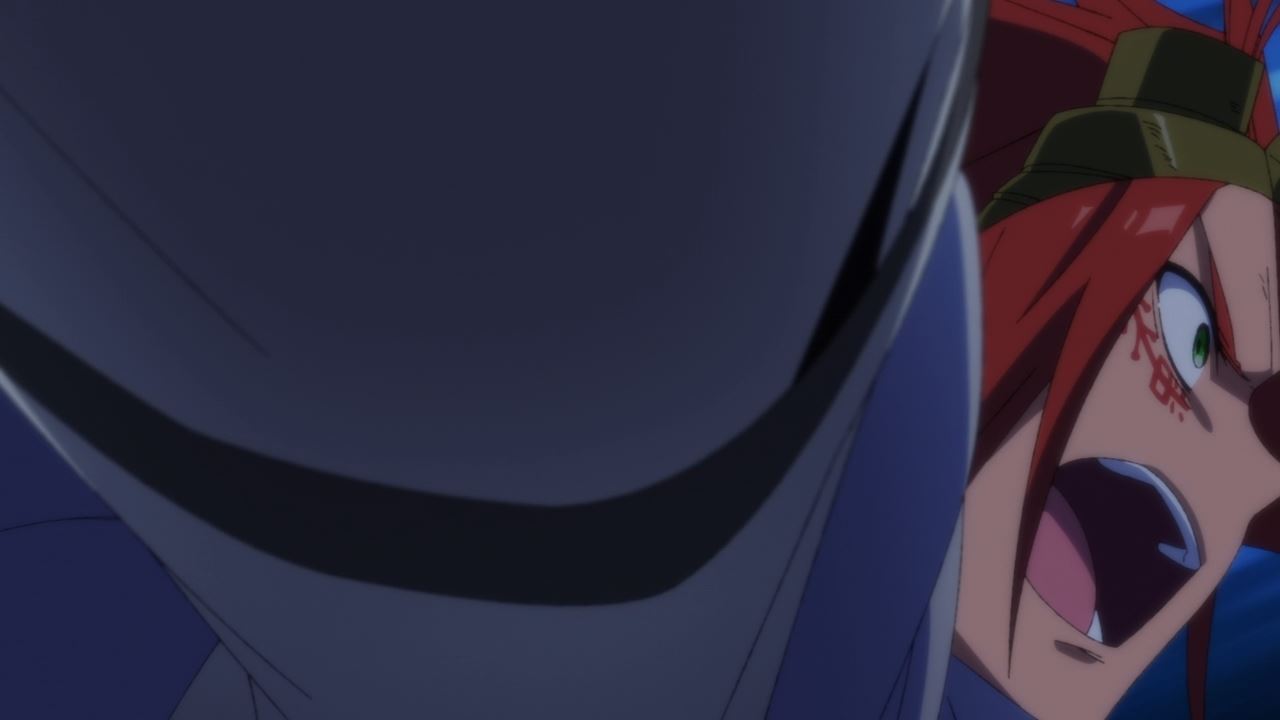 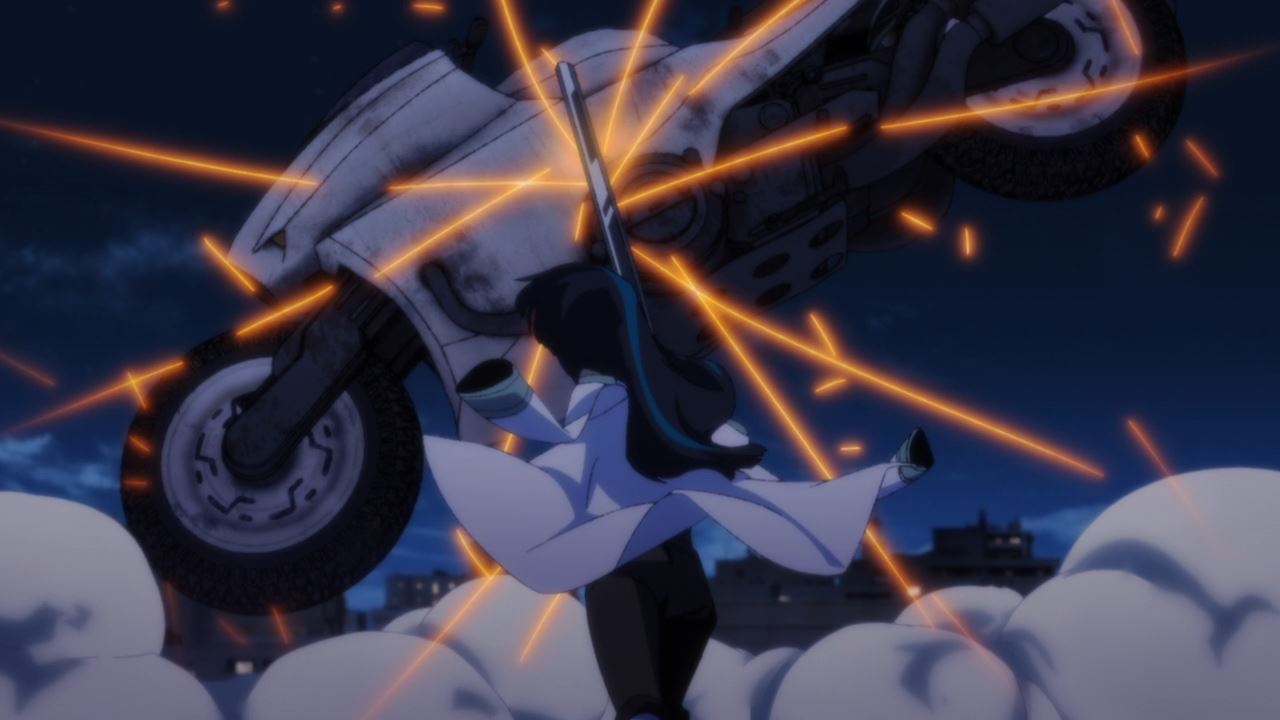 Meanwhile, let’s return to Bisco Akaboshi where he’s still fighting against Pawoo Nekoyanagi by throwing a motorcycle at her. Unfortunately, Pawoo slams her bike back towards the terrorist like a slugger. 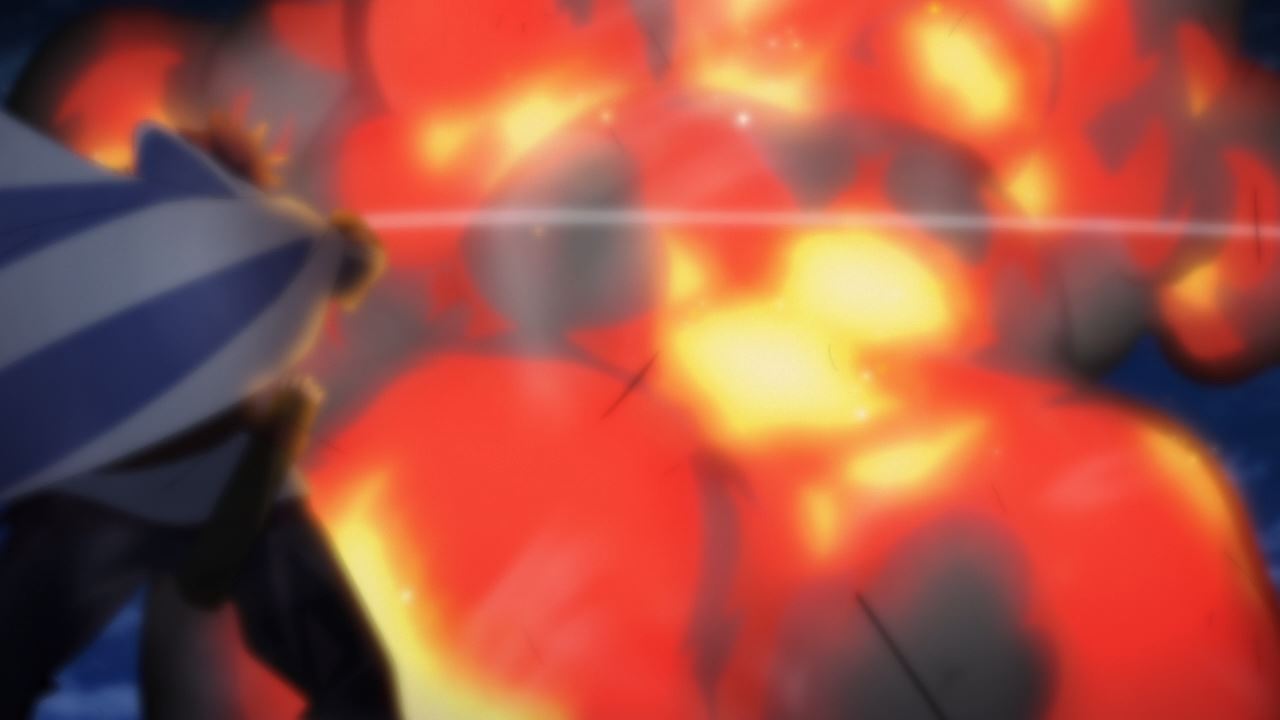 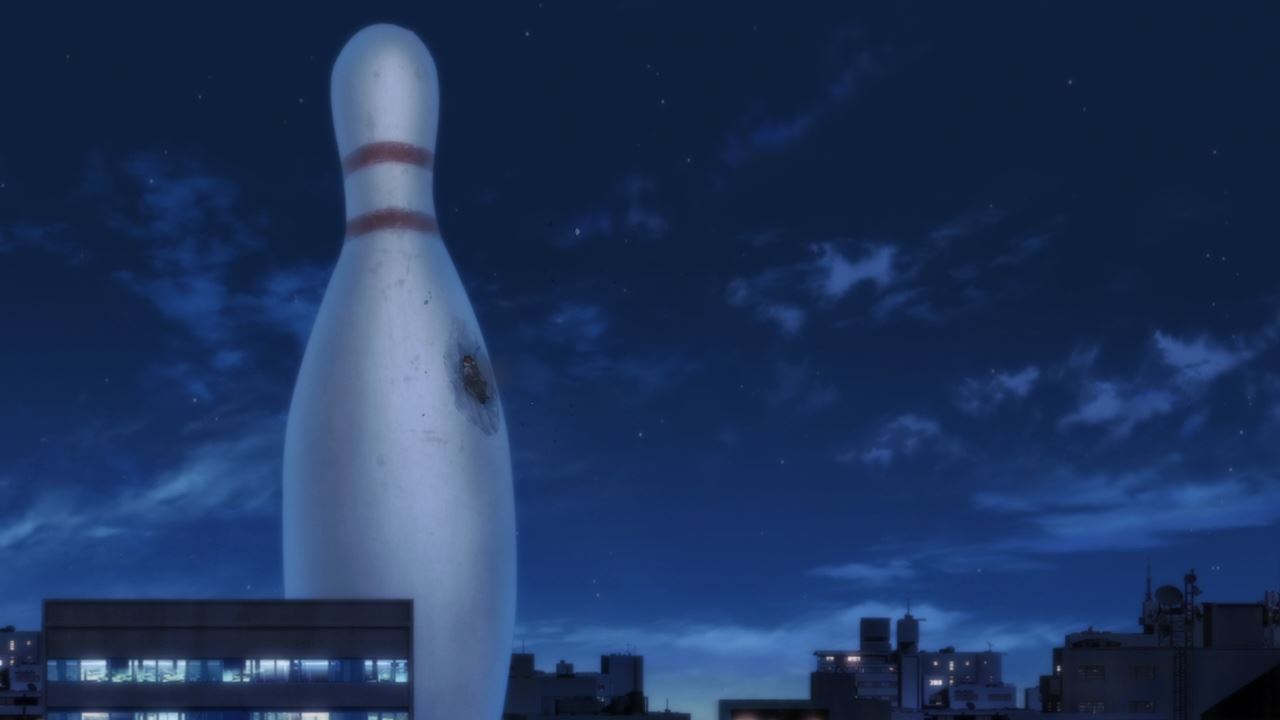 Even worse is that Pawoo’s motorcycle exploder which sends Bisco straight to the giant bowling pin. It’s more like a spare than a strike. 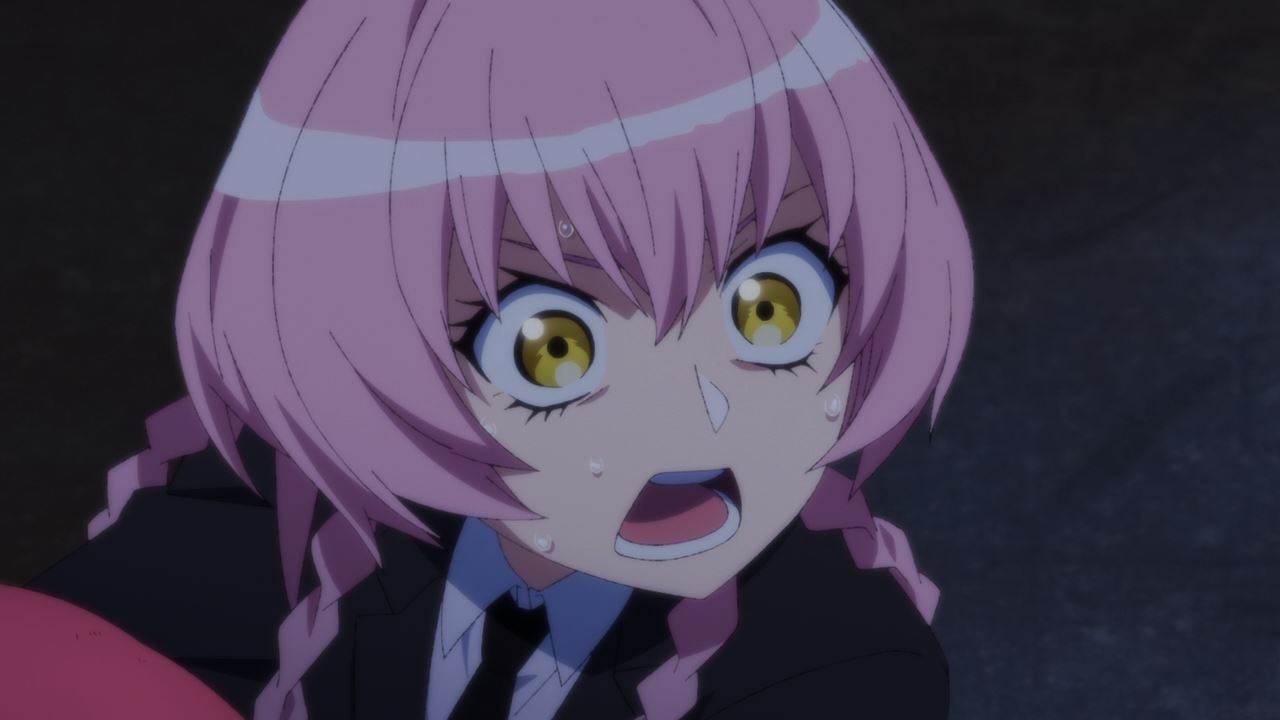 Meanwhile, here’s Tirol Ochagama where she decided to leave the area as it’s too dangerous to stick around, especially when you have two superpowered people smashing each other.

Honestly, I think Tirol should get another job rather than sticking with the Kurokawa Elite Forces. And speaking of the governor, Kurokawa and his men bailed out at the last minute. 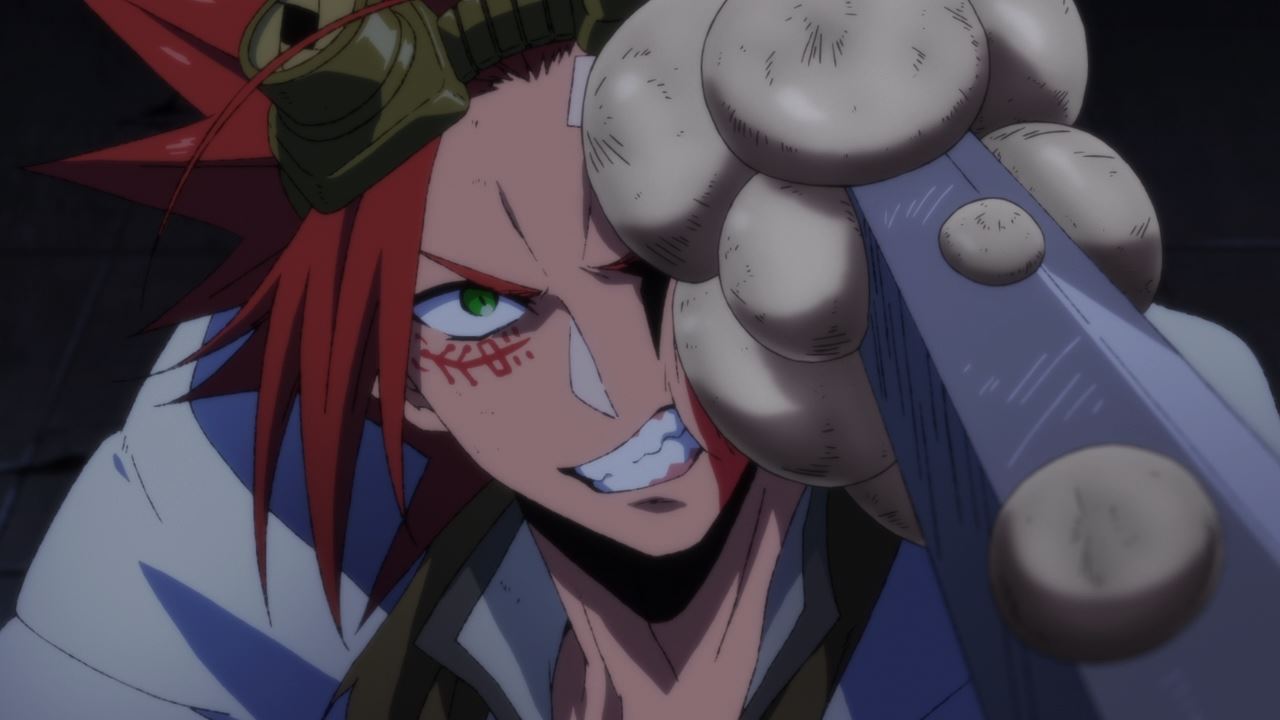 But let’s return to the battle where Bisco Akaboshi got back and tough it out as he turned Pawoo Nekoyanagi’s stick into a mushroom log. Man, he’s not really human! 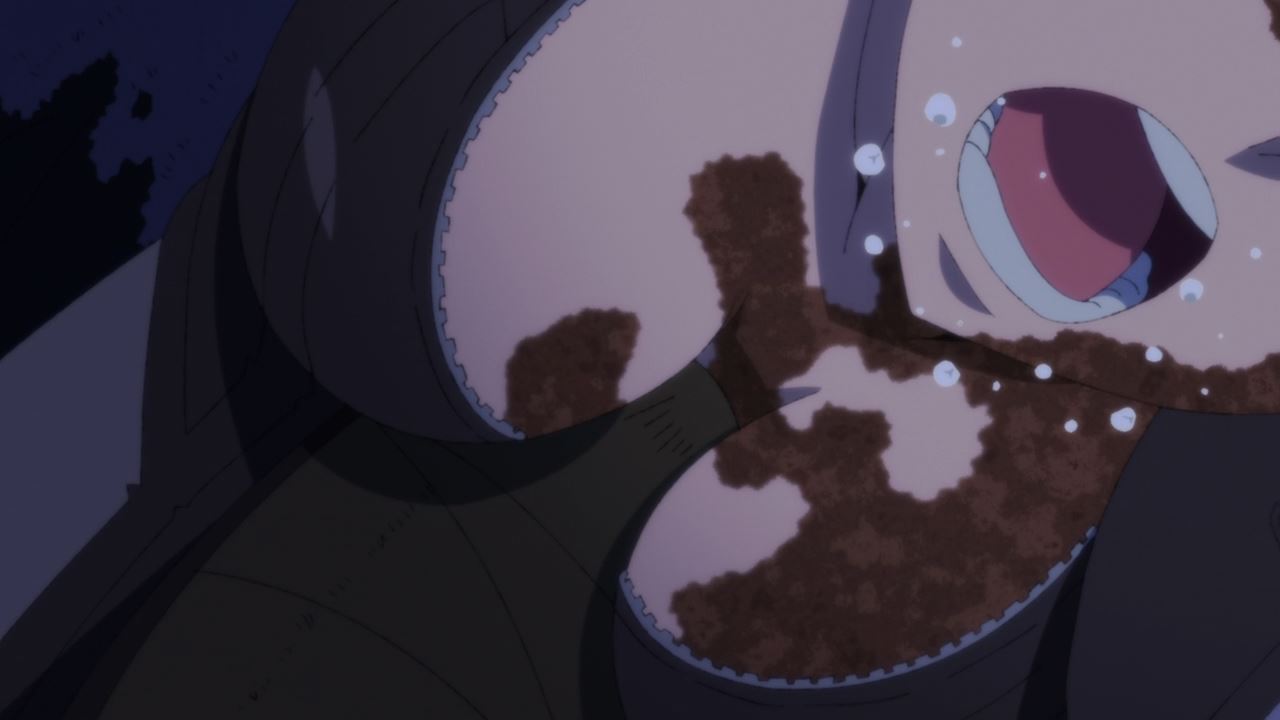 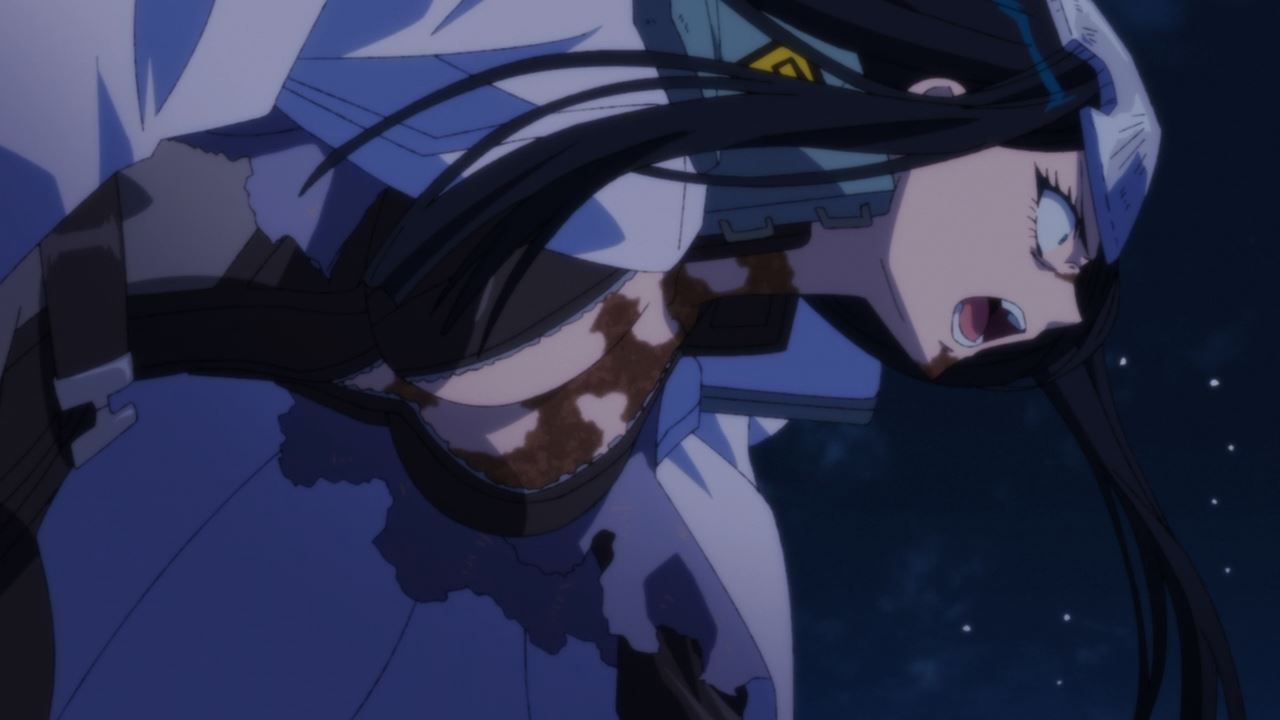 Speaking of Bisco, he kicked Pawoo in the sternum which sends her flying in the air. All he needs now is to deliver the finishing blow. 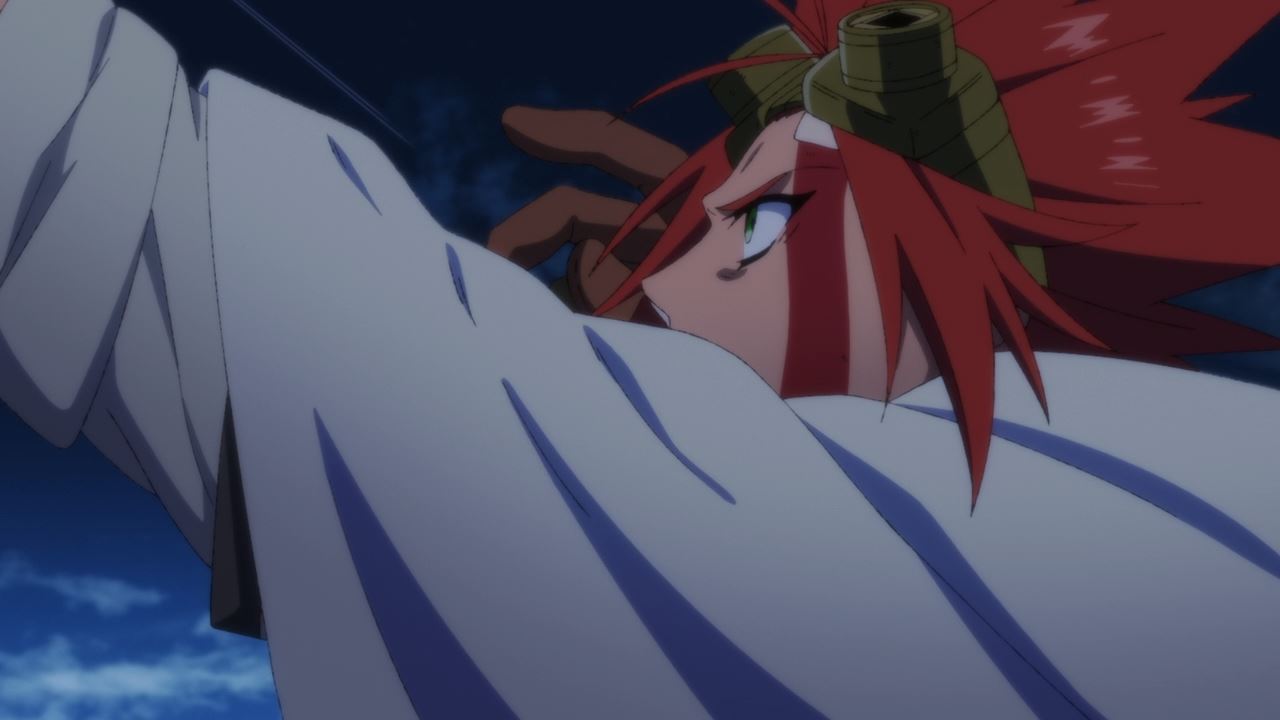 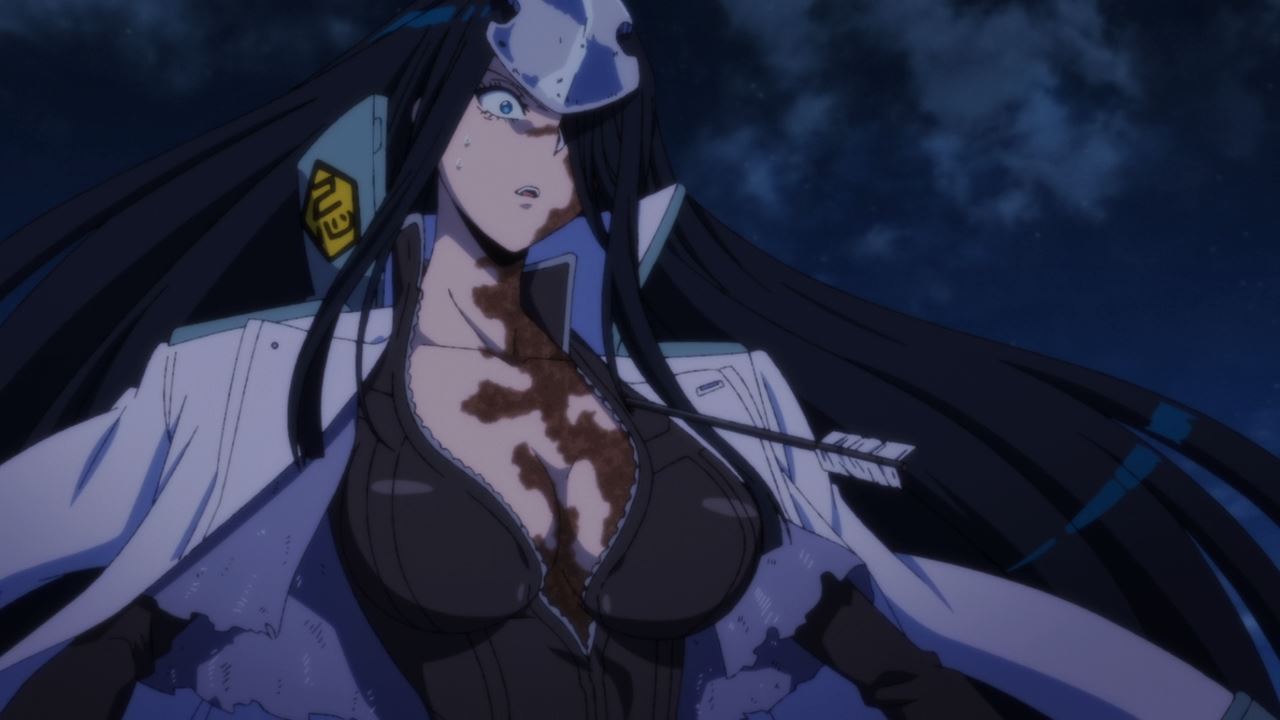 And so, Bisco fired a poison arrow straight into Pawoo’s chest where she’ll lose consciousness rather than giving this enforcer a slow and painful death. 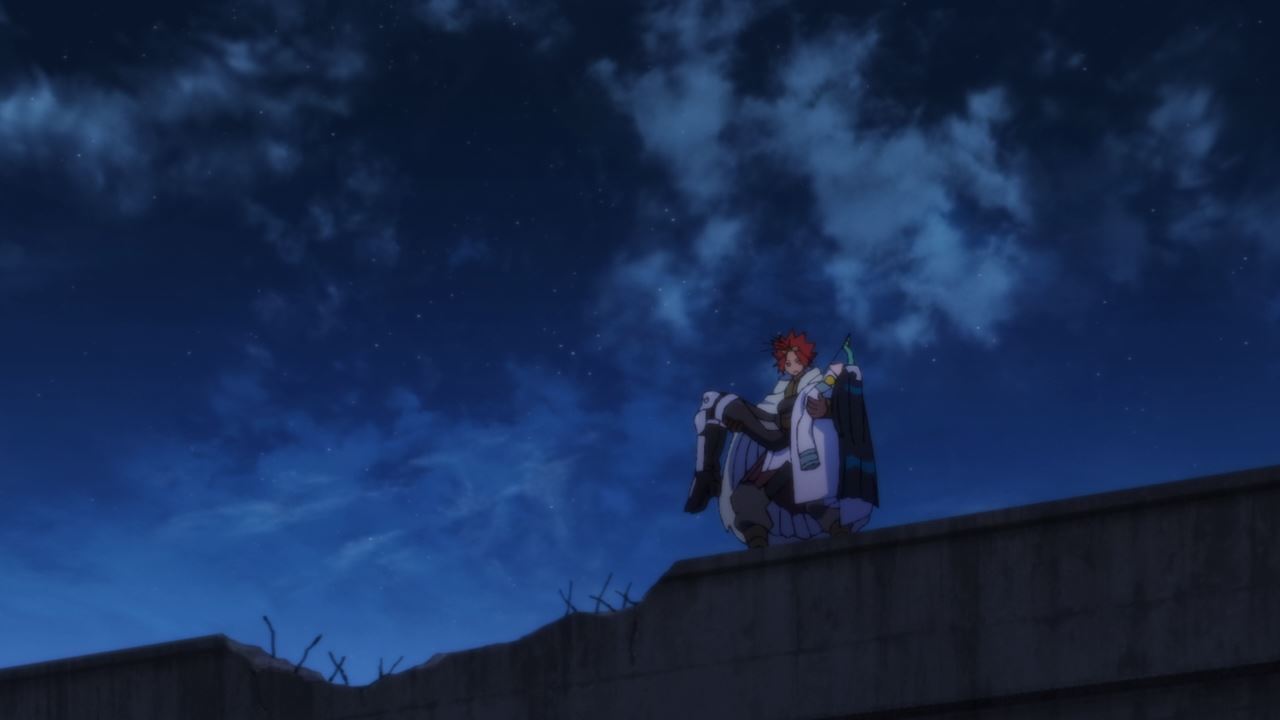 Well then, looks like Bisco Akaboshi won the battle as he’s now holding Pawoo Nekoyanagi. Now, he needs to meet up with both Milo and his old mentor. 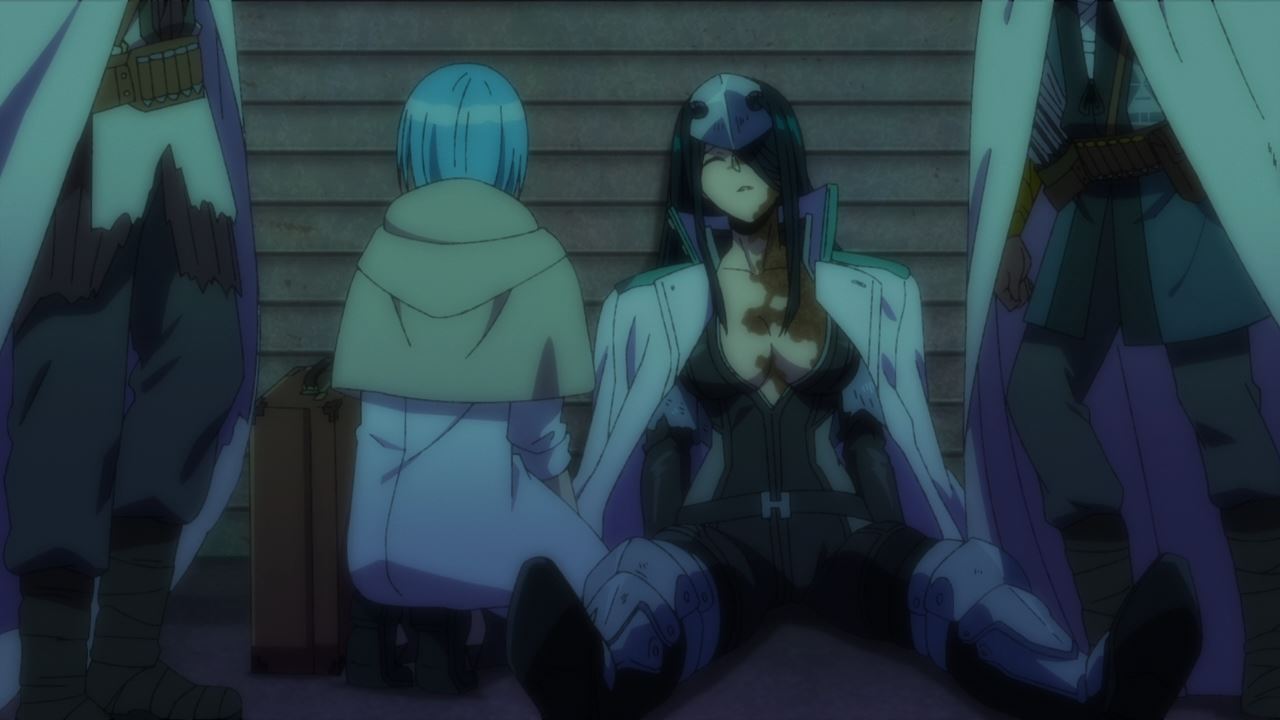 But speaking of Pawoo, she’s fine but Pawoo is suffering the effects of Bisco’s poison arrow, on top of her existing rust on her body. 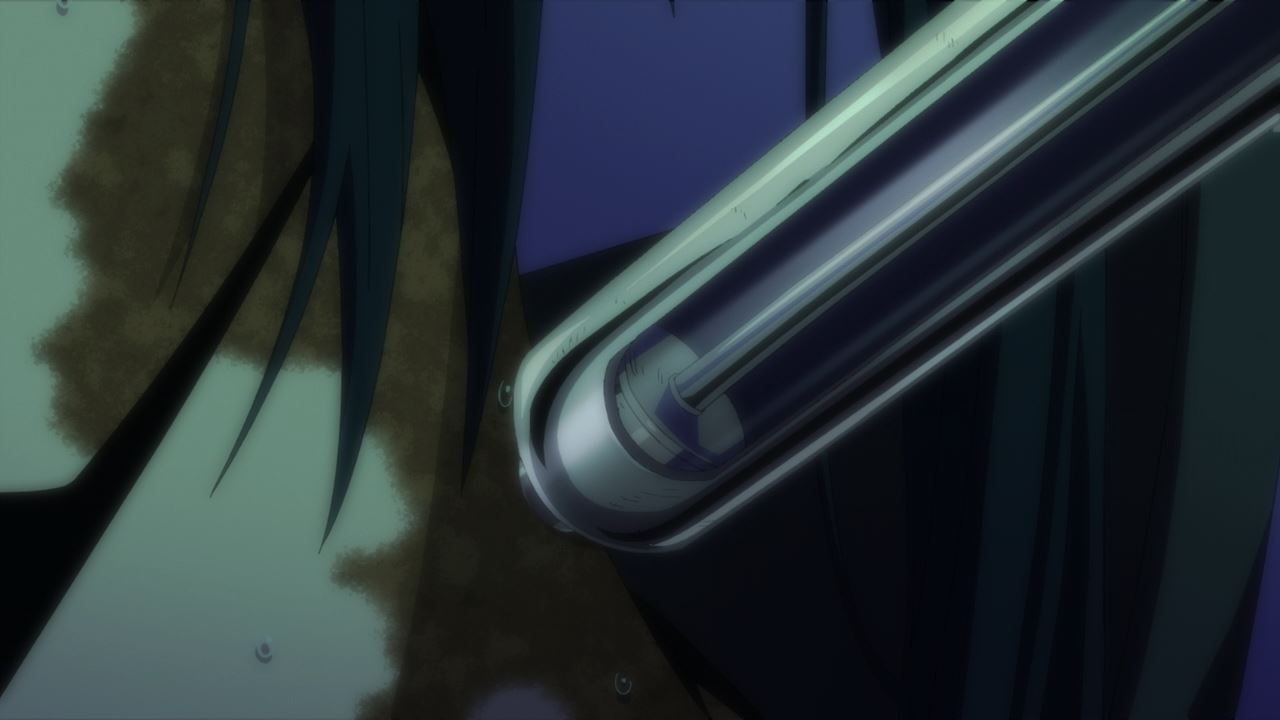 Anyways, it’s time for Jabi to deliver a mushroom-based painkiller on Pawoo as Milo wants his older sister to live. Sadly for Milo, this will be the last time he’ll see Pawoo. 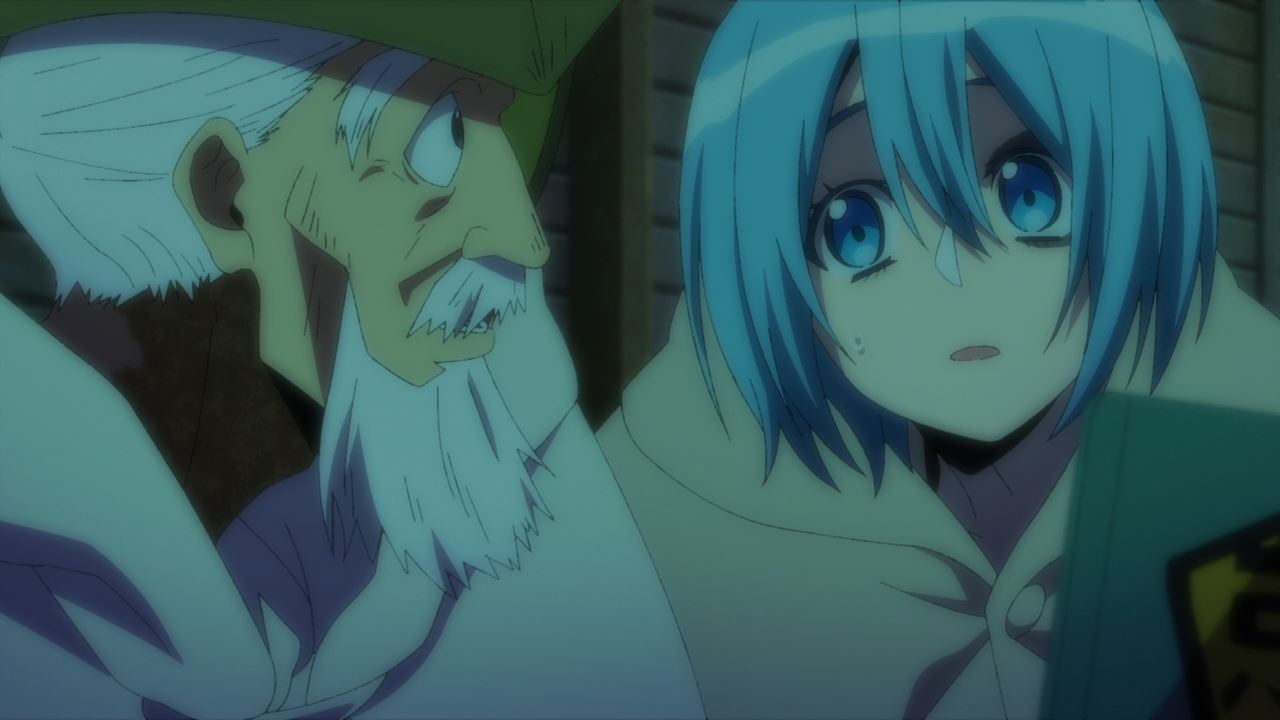 That’s because Jabi wants Milo to accompany Bisco as he puts his faith on the doctor’s skills to turn mushrooms into medicines, including the elusive Rust-Eater mushroom. 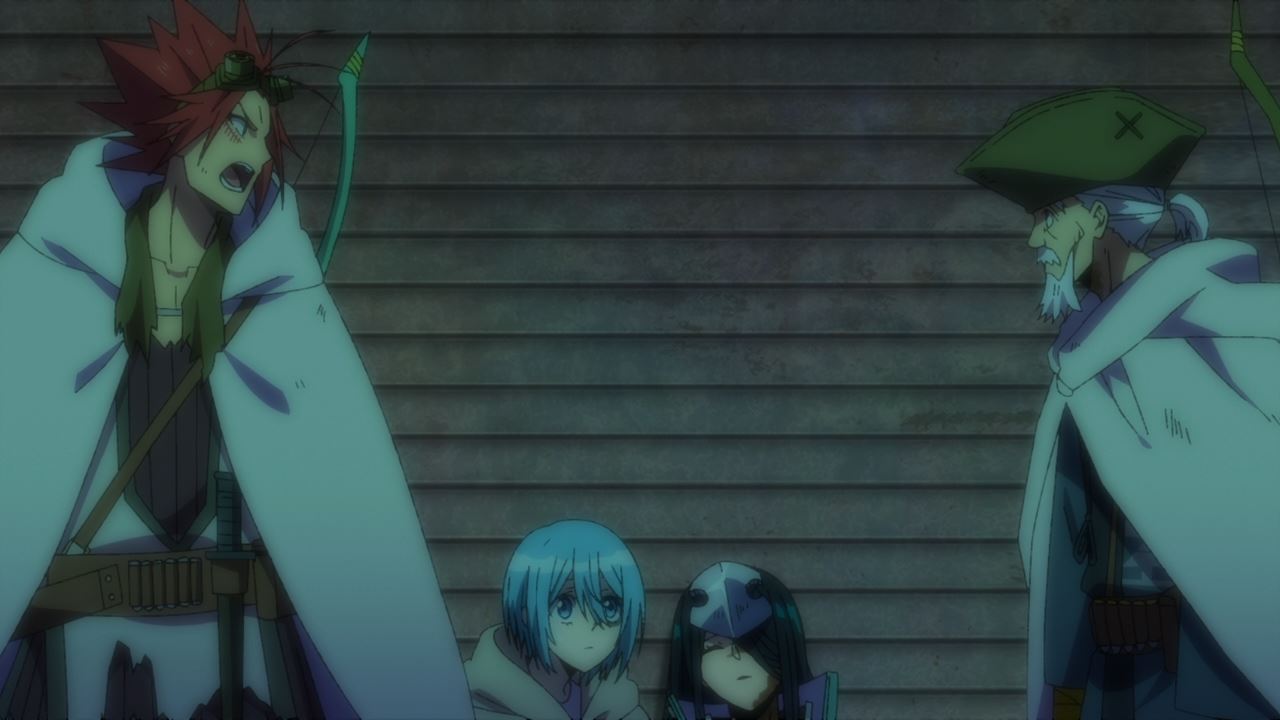 Of course, Bisco rejected that as he’ll be dead without his mentor. Oh, and Bisco doubted Milo’s abilities even though he’s really a good doctor.

Unfortunately, there’s no time for such heated discussion… 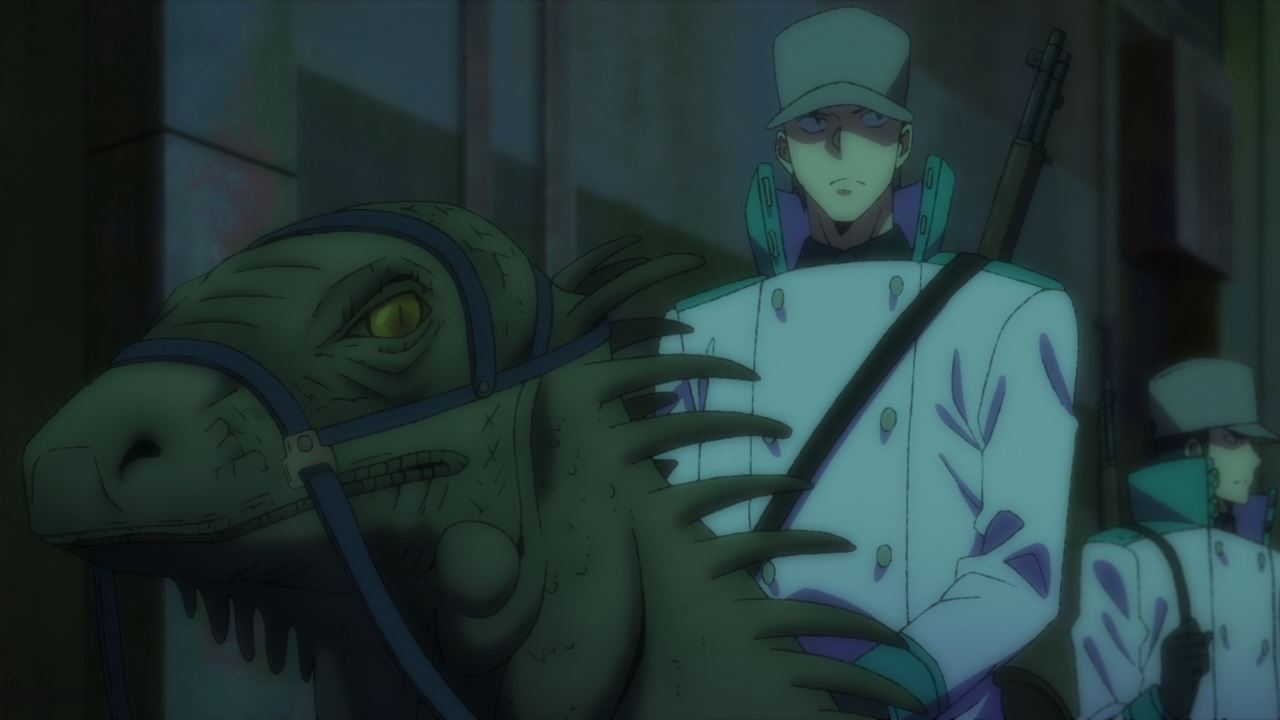 That’s because the Imihama Watch are now at the scene of the crime. Yeah, they have to get out the prefecture as soon as possible. 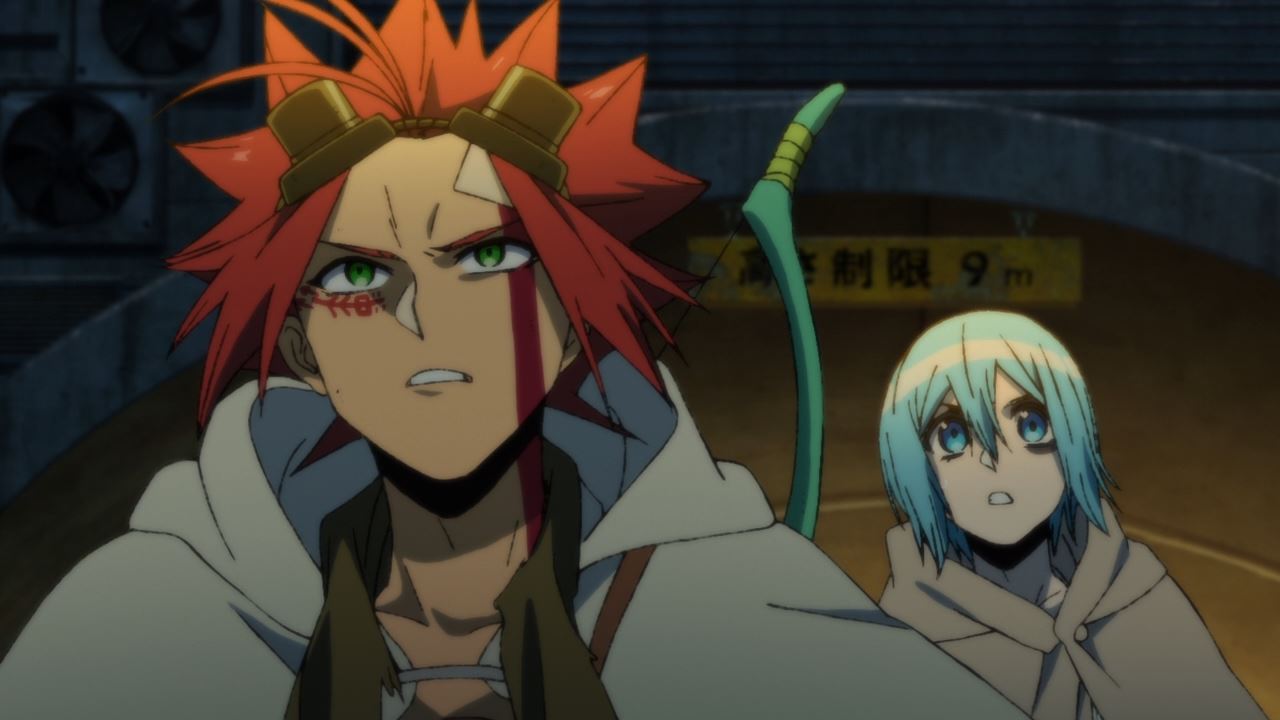 And so, Bisco Akaboshi take Milo Nekoyanagi where they’re getting out of Imihama. Of course, the Imihama Watch are on their tail. 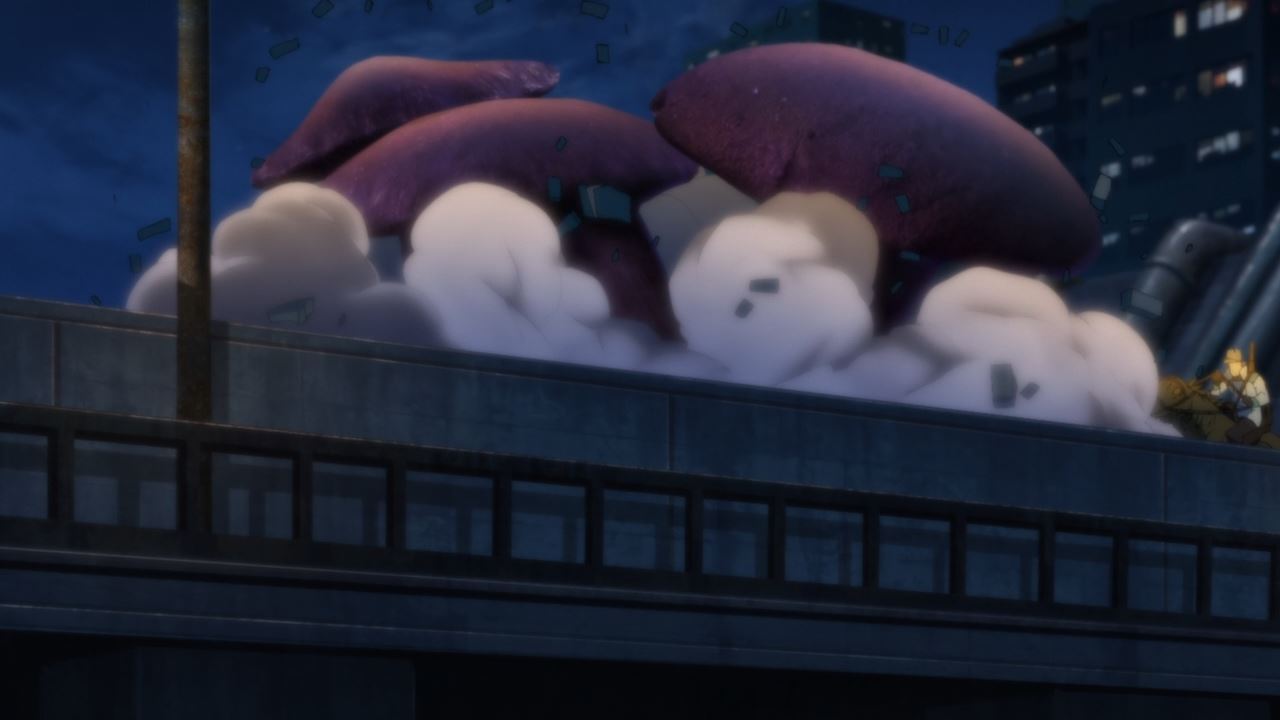 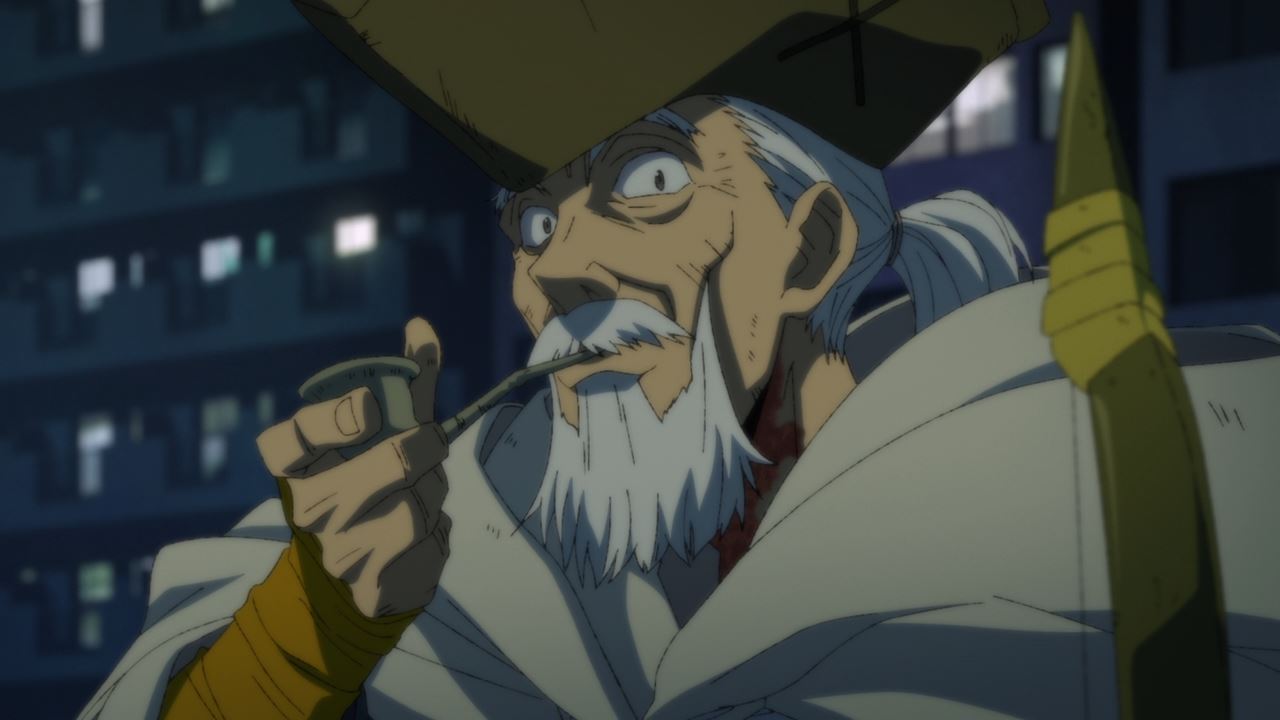 That’s until Jabi holds the line as he takes his final stand. Then again, I wish Jabi will live ’cause Bisco will be sad if his mentor dies. 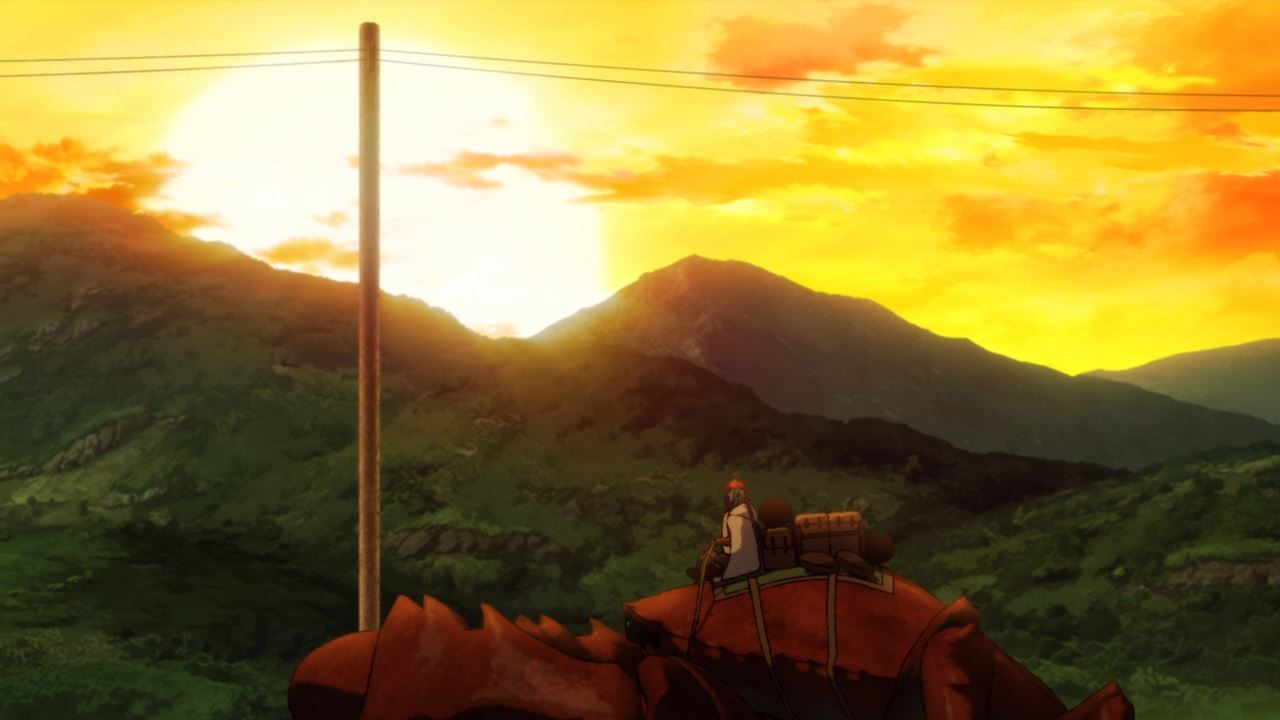 Anyways, looks like these two got out of Imihama safely as both Bisco and Milo will have to work together to reach Akita Prefecture and get the Rust-Eater mushroom.

Joined by Bisco’s pet crab Actagawa, they’re gonna take on various challenges before reaching the promised land. Of course, I’m sure that they’ll overcome those obstacles. 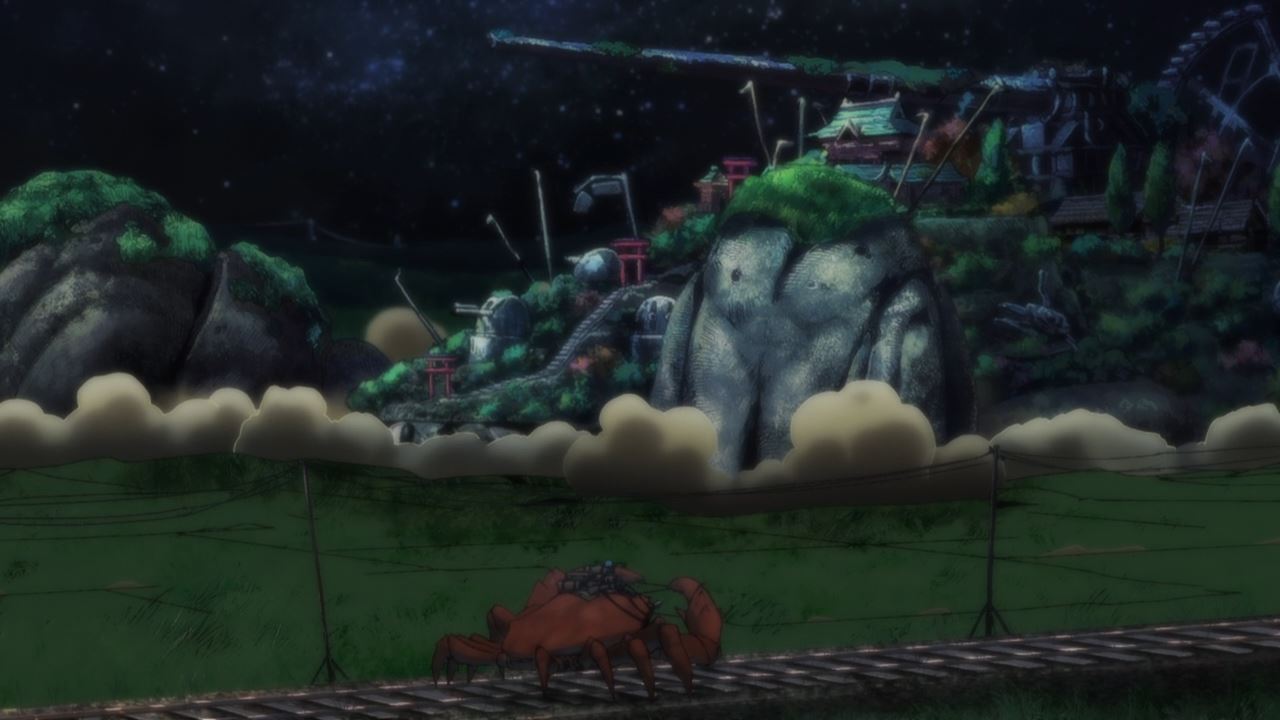 Well, except for the Nikko War Memorial where it turned out to be a giant hermit crab. Man, they sure encountered a final boss already!